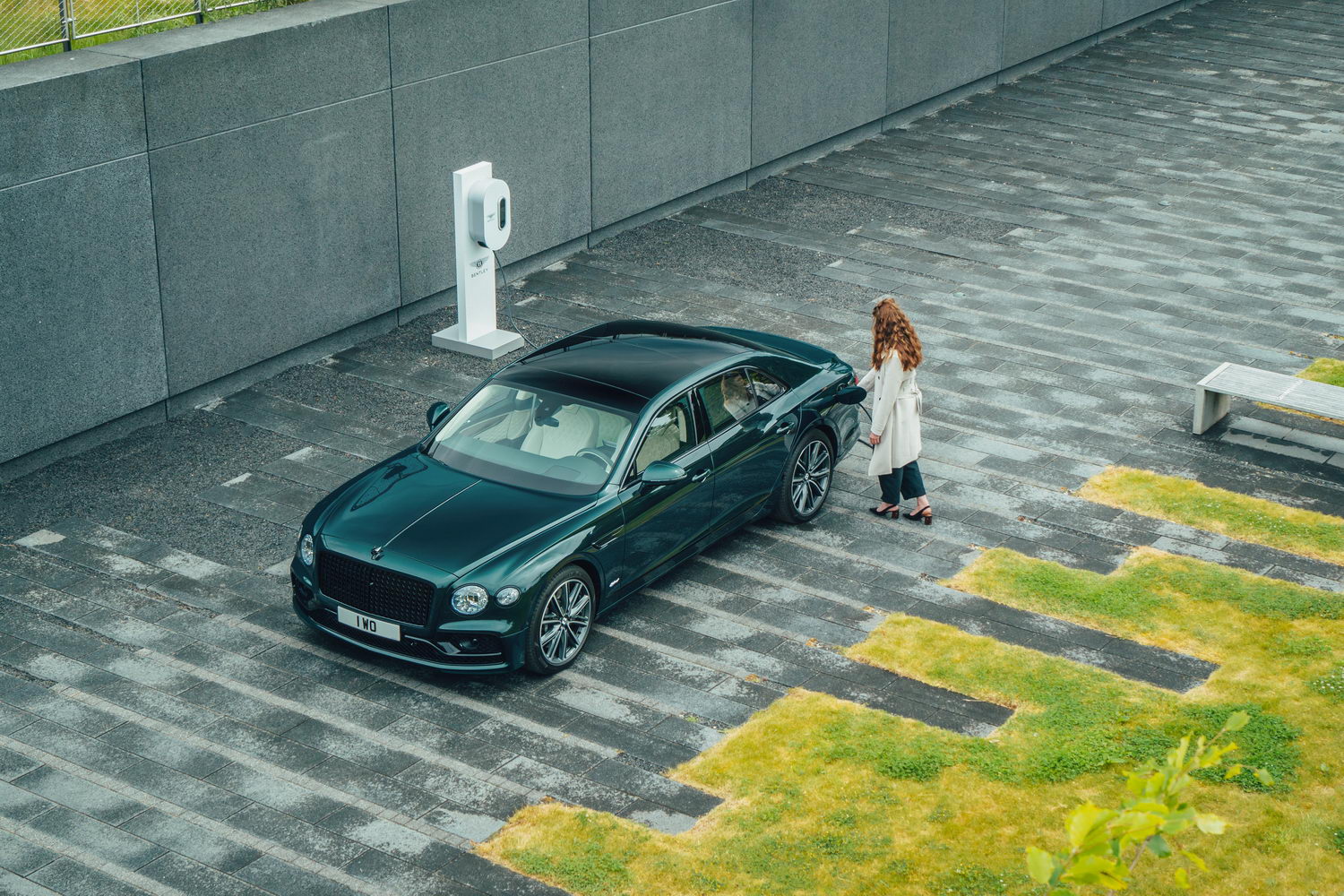 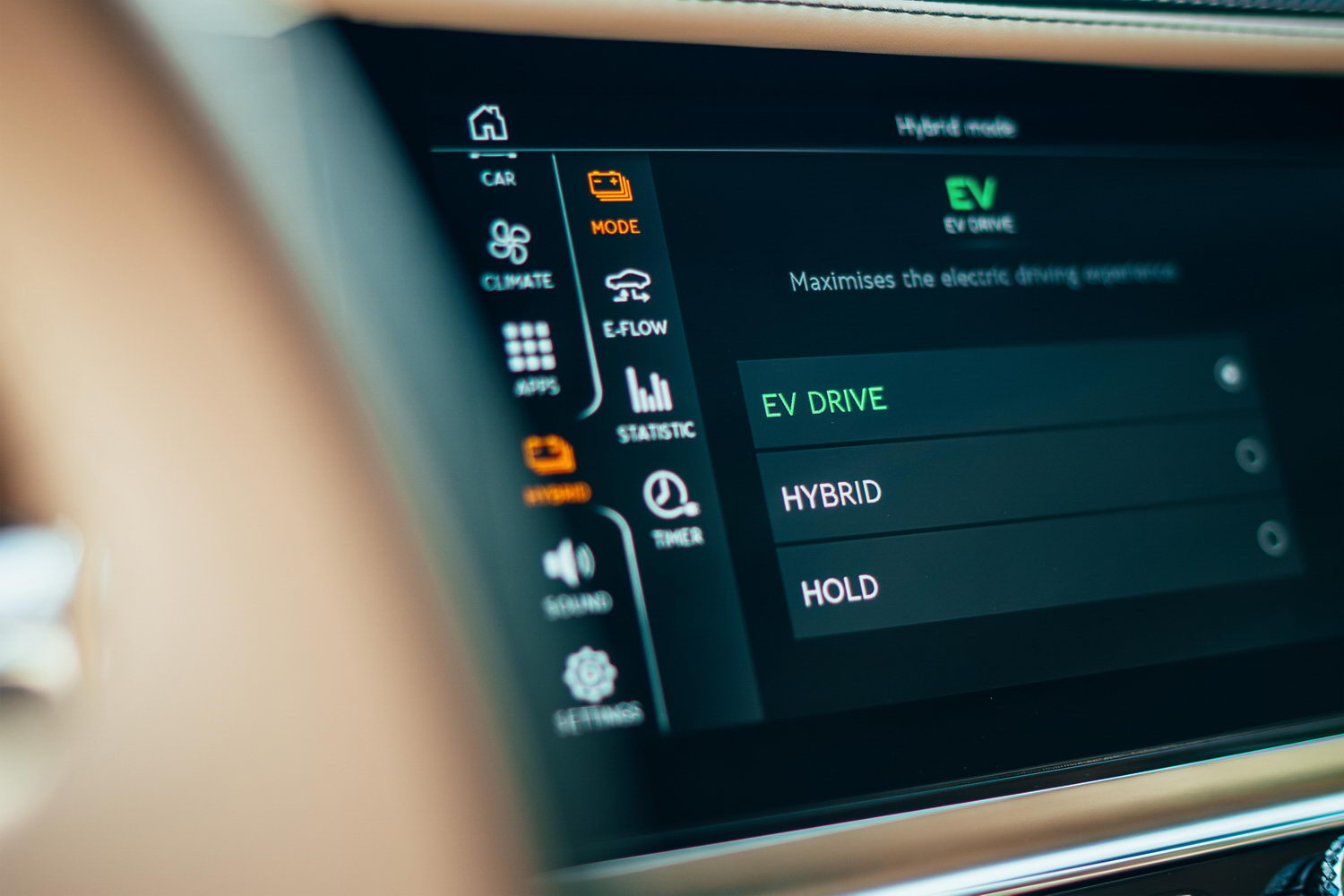 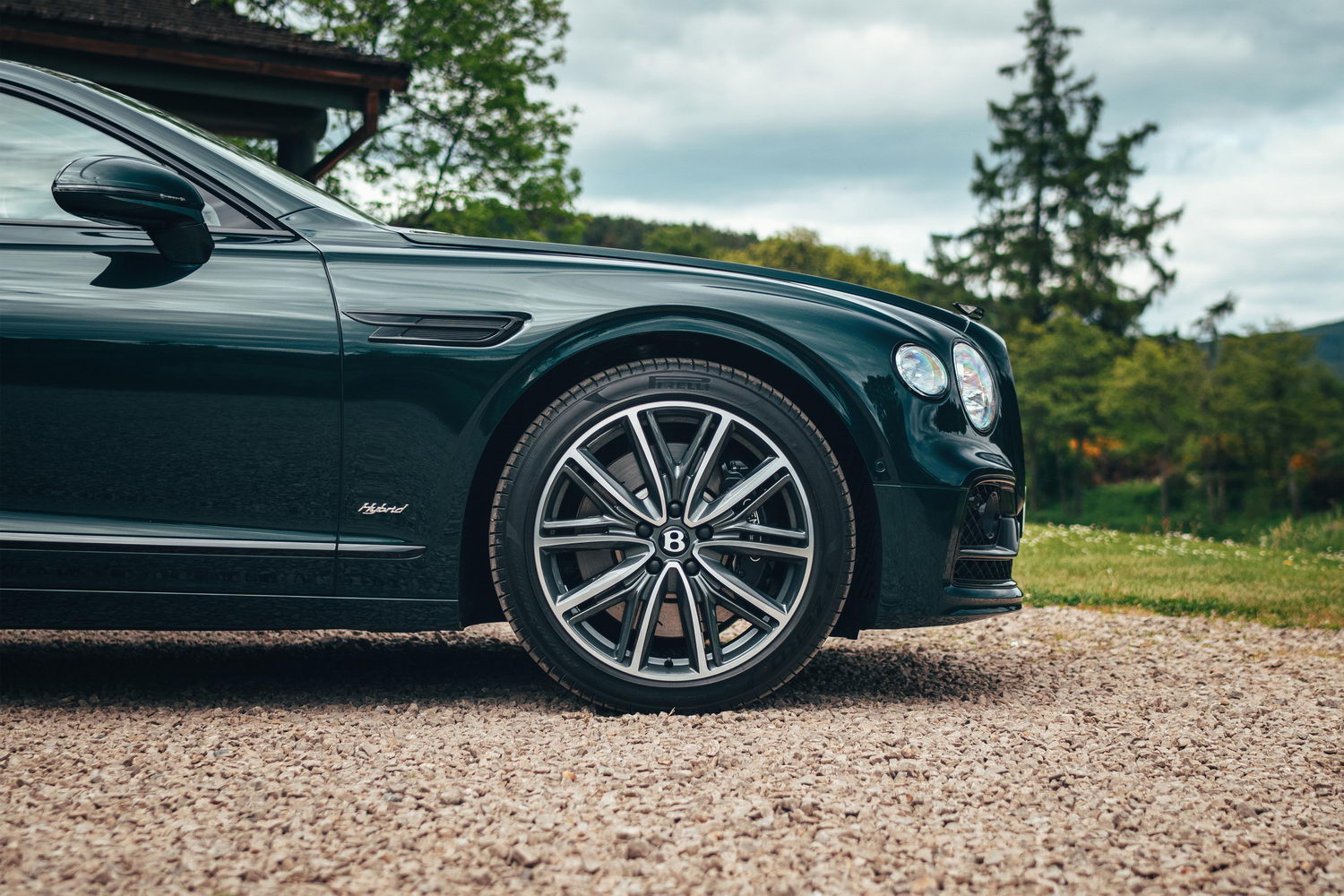 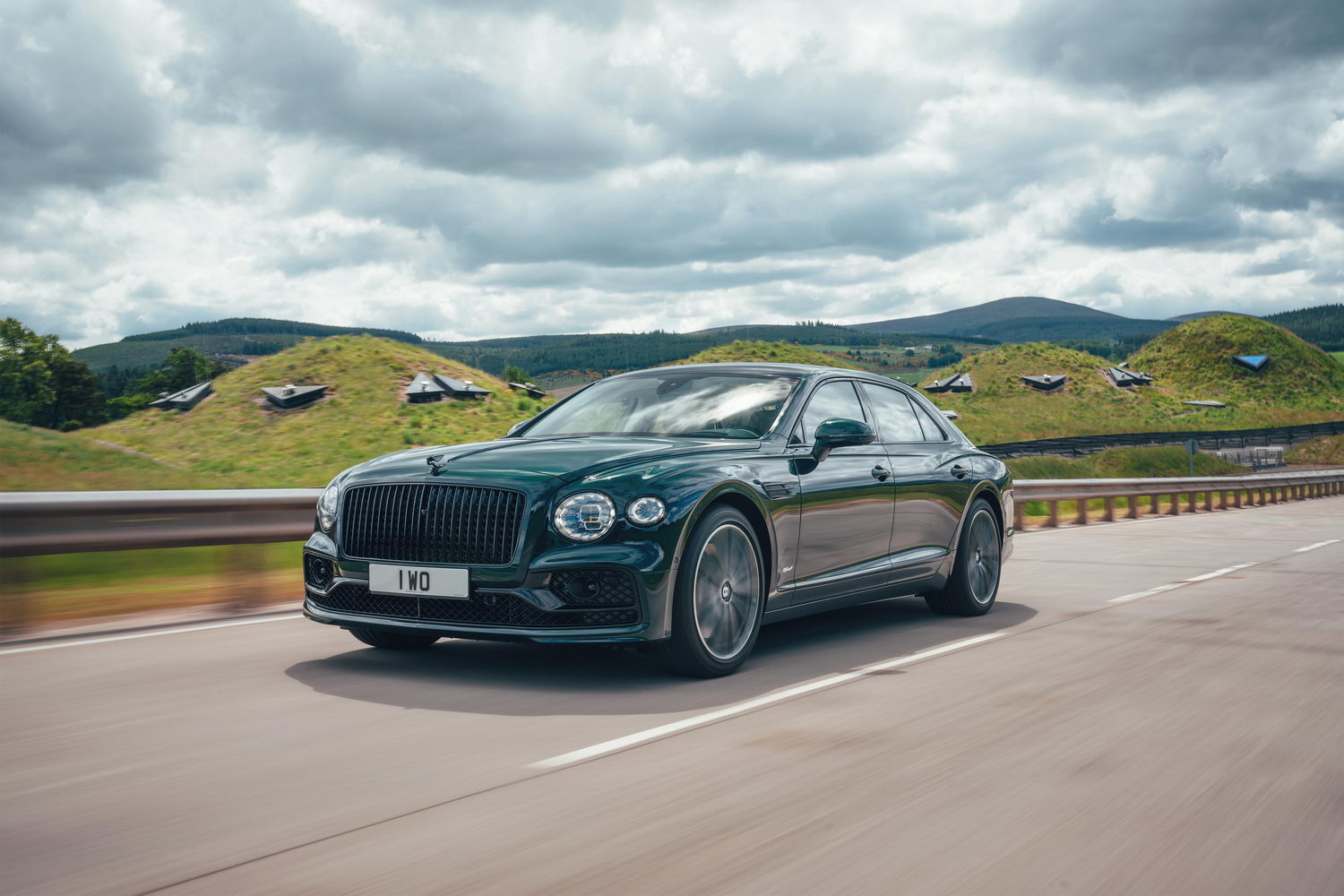 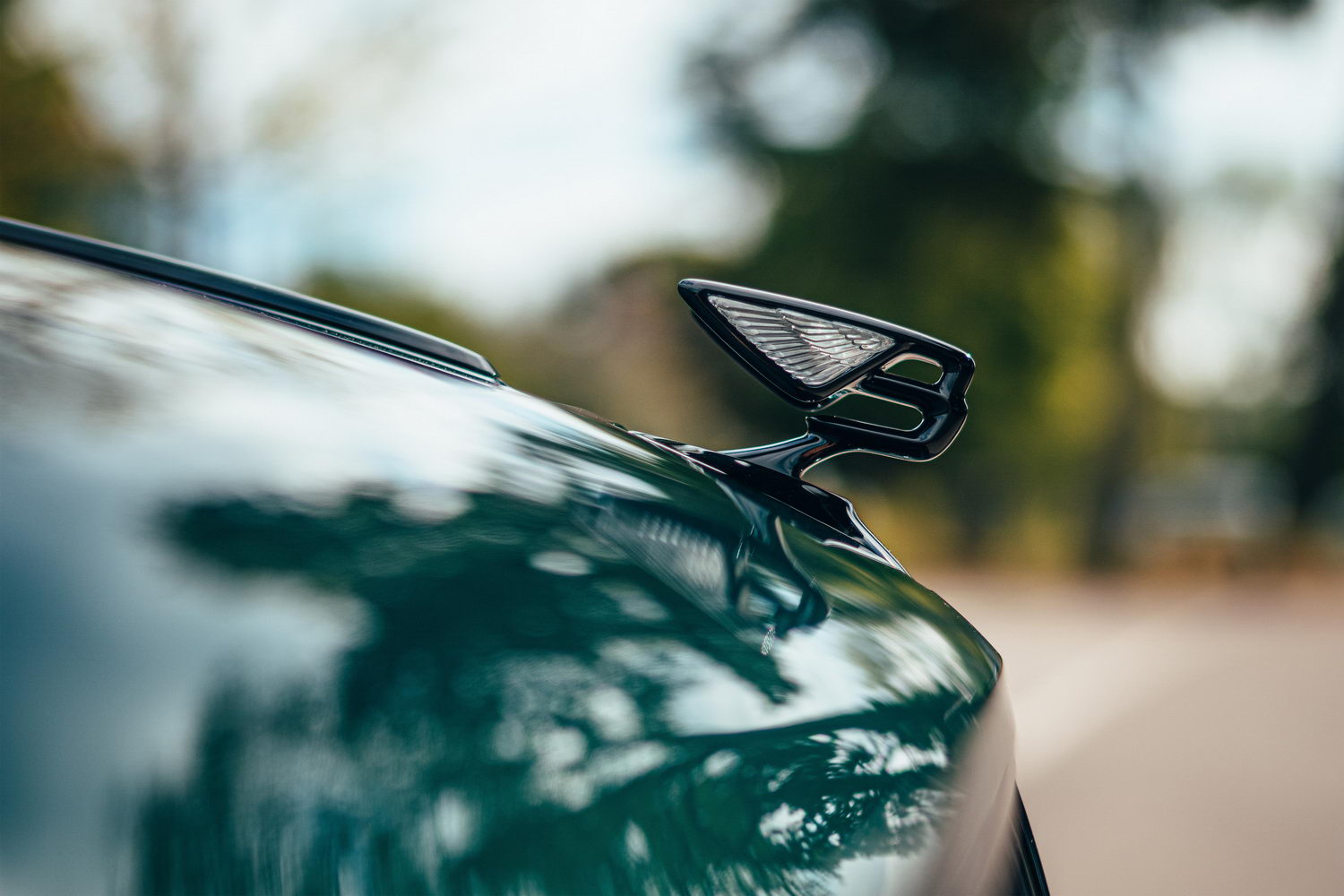 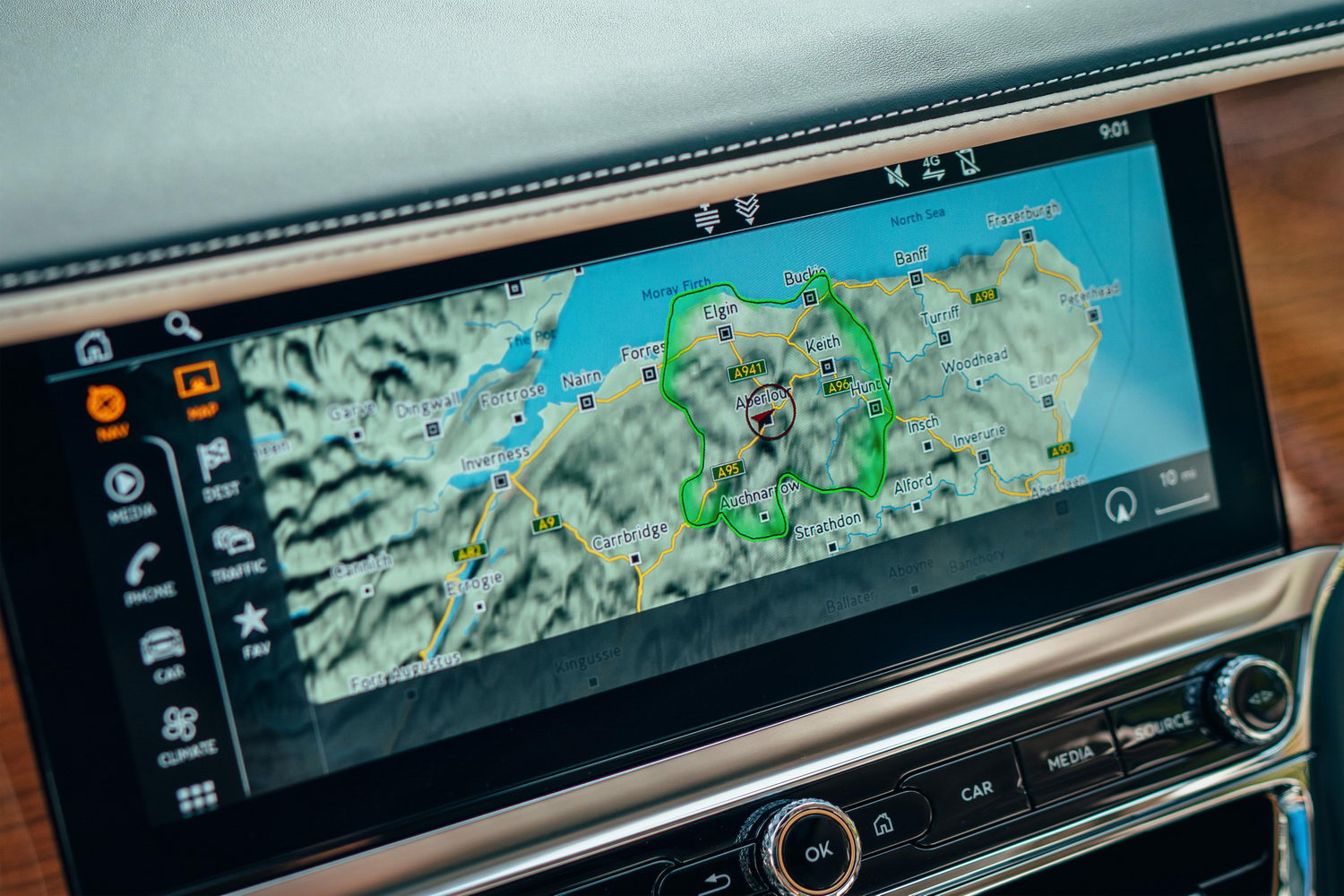 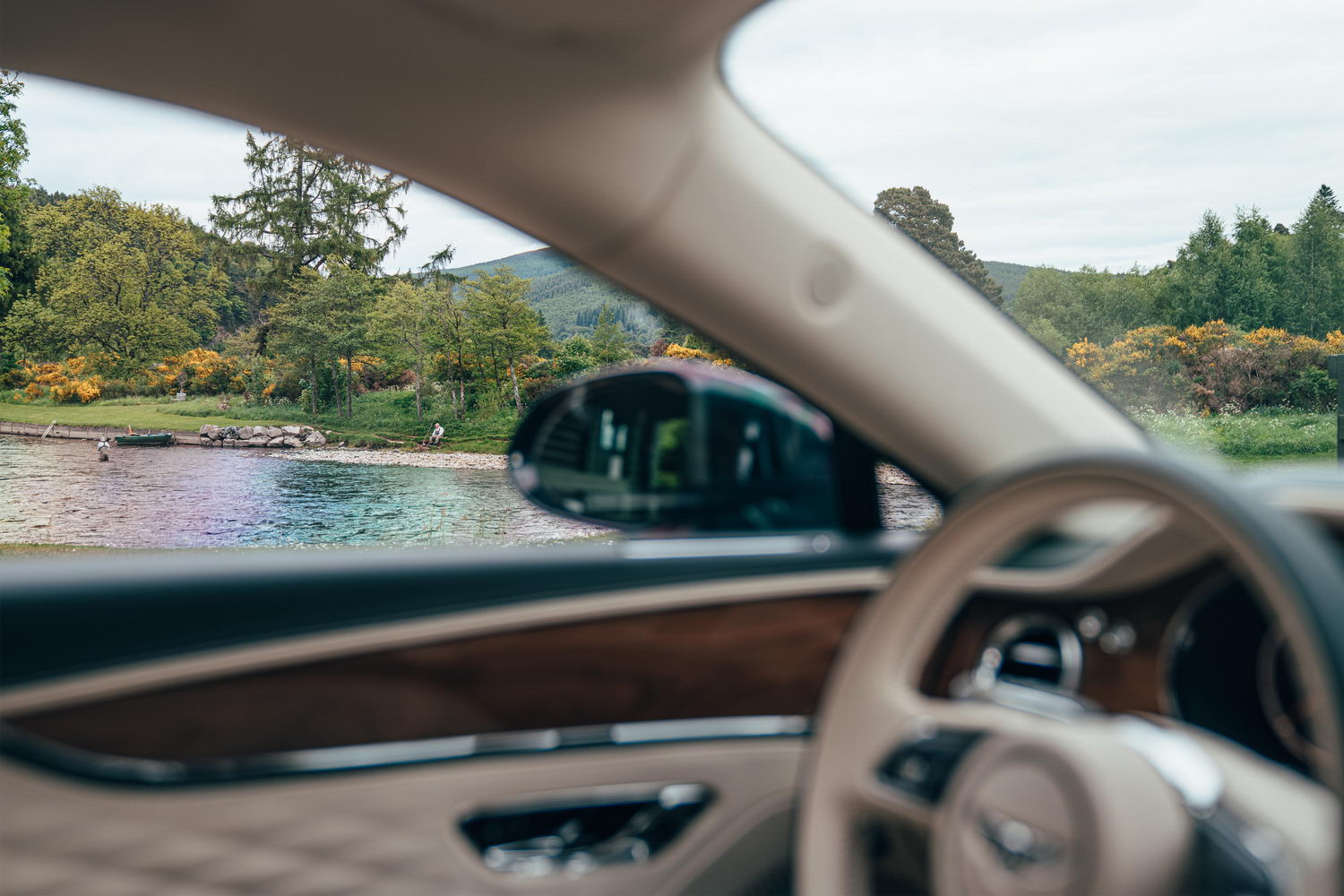 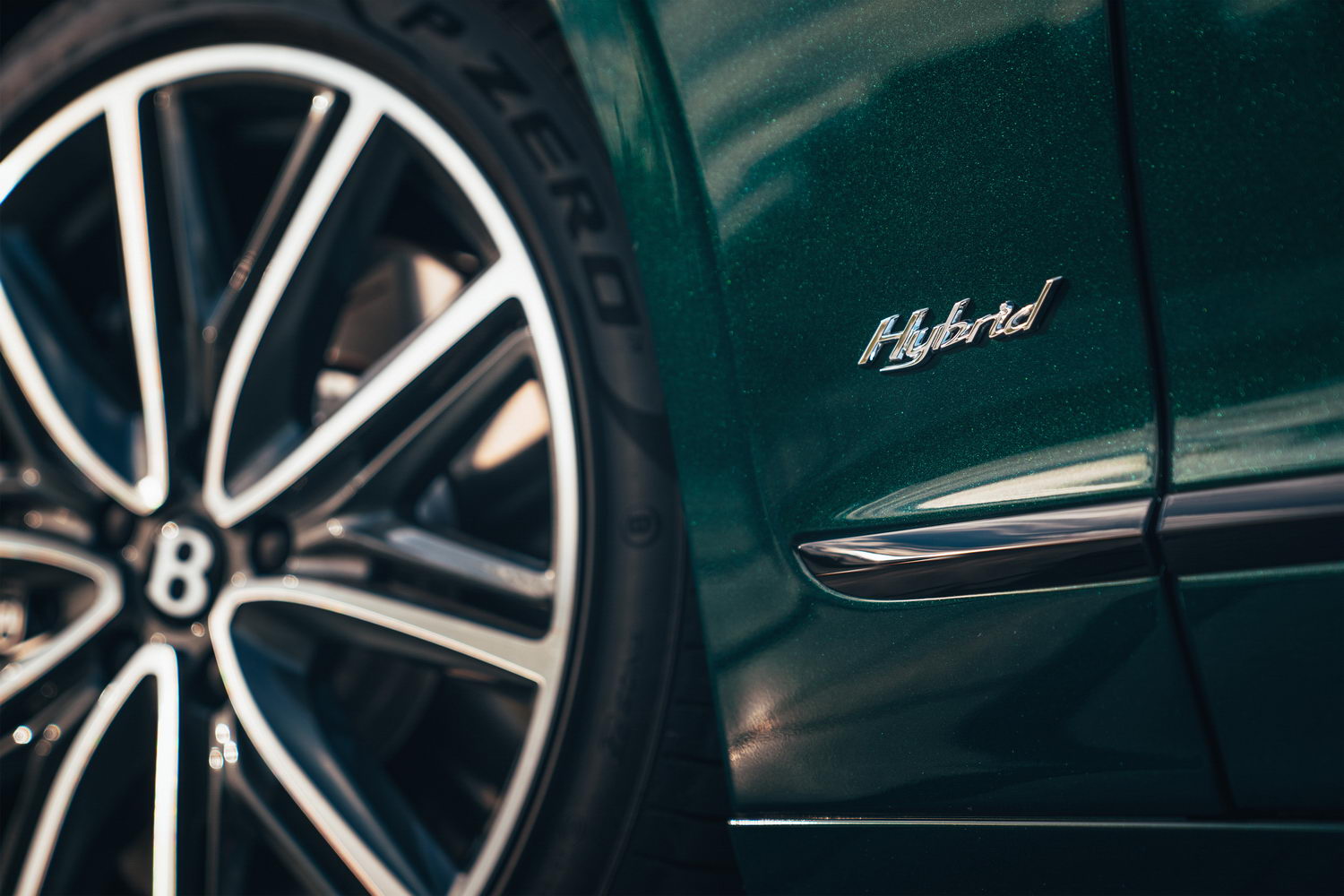 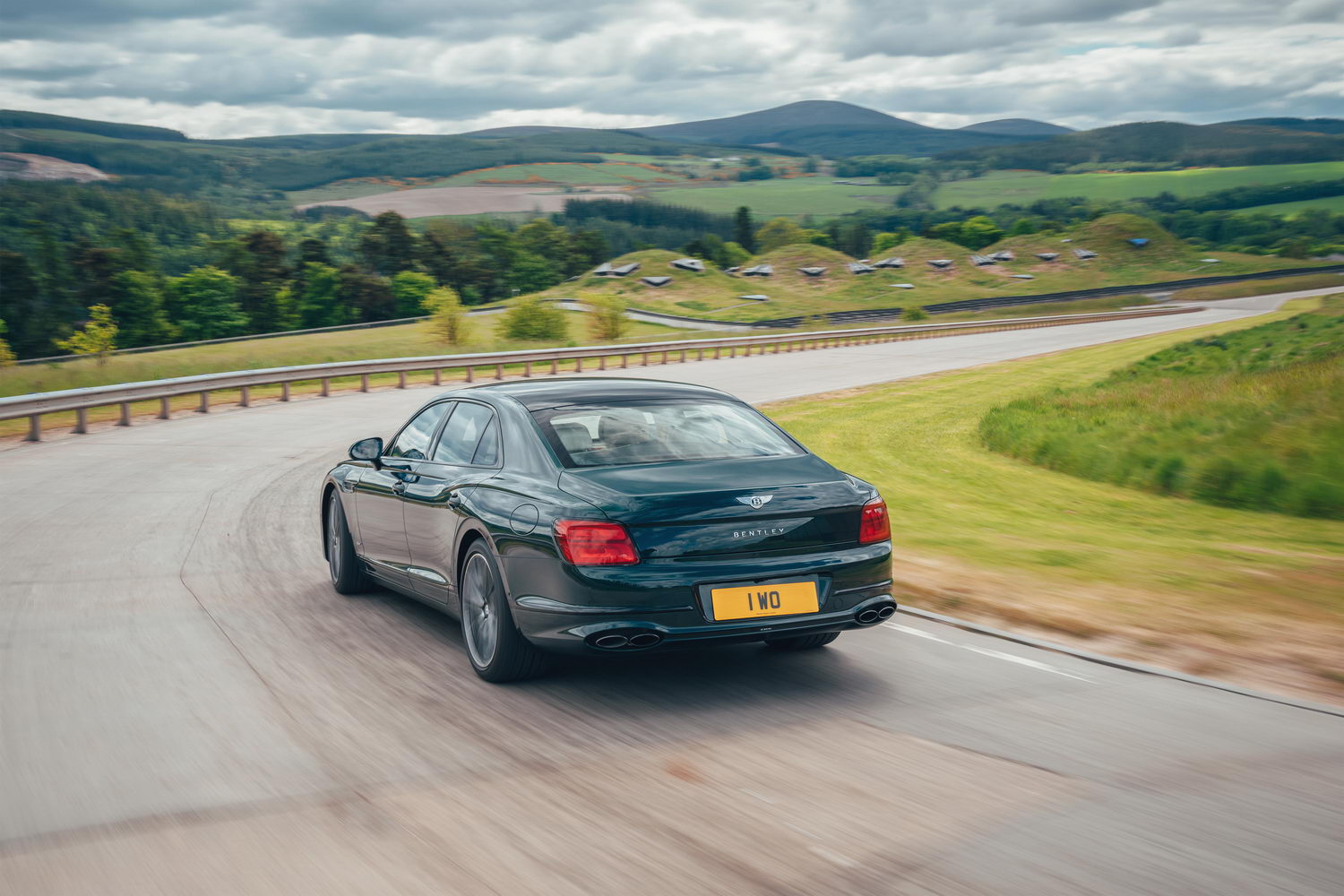 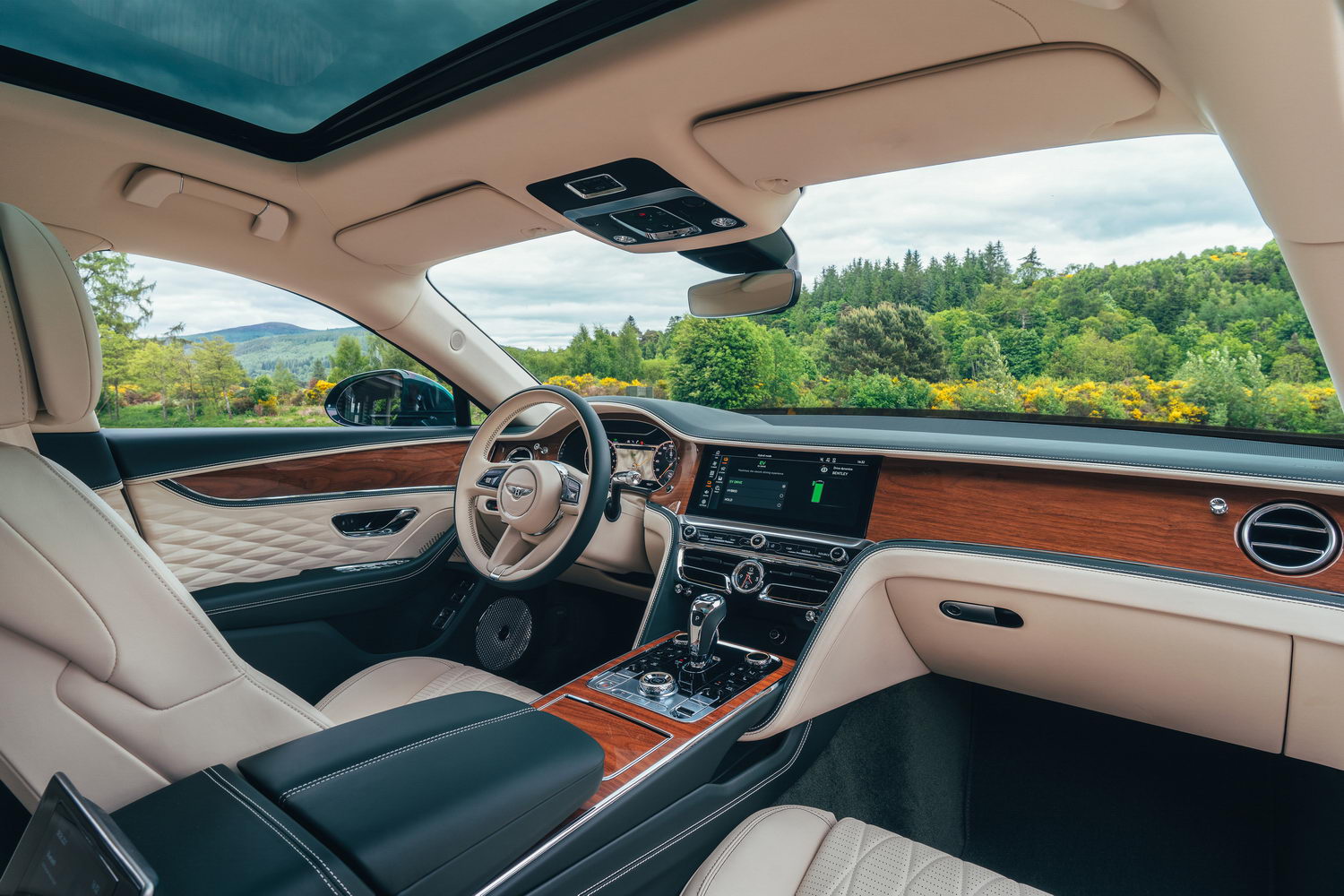 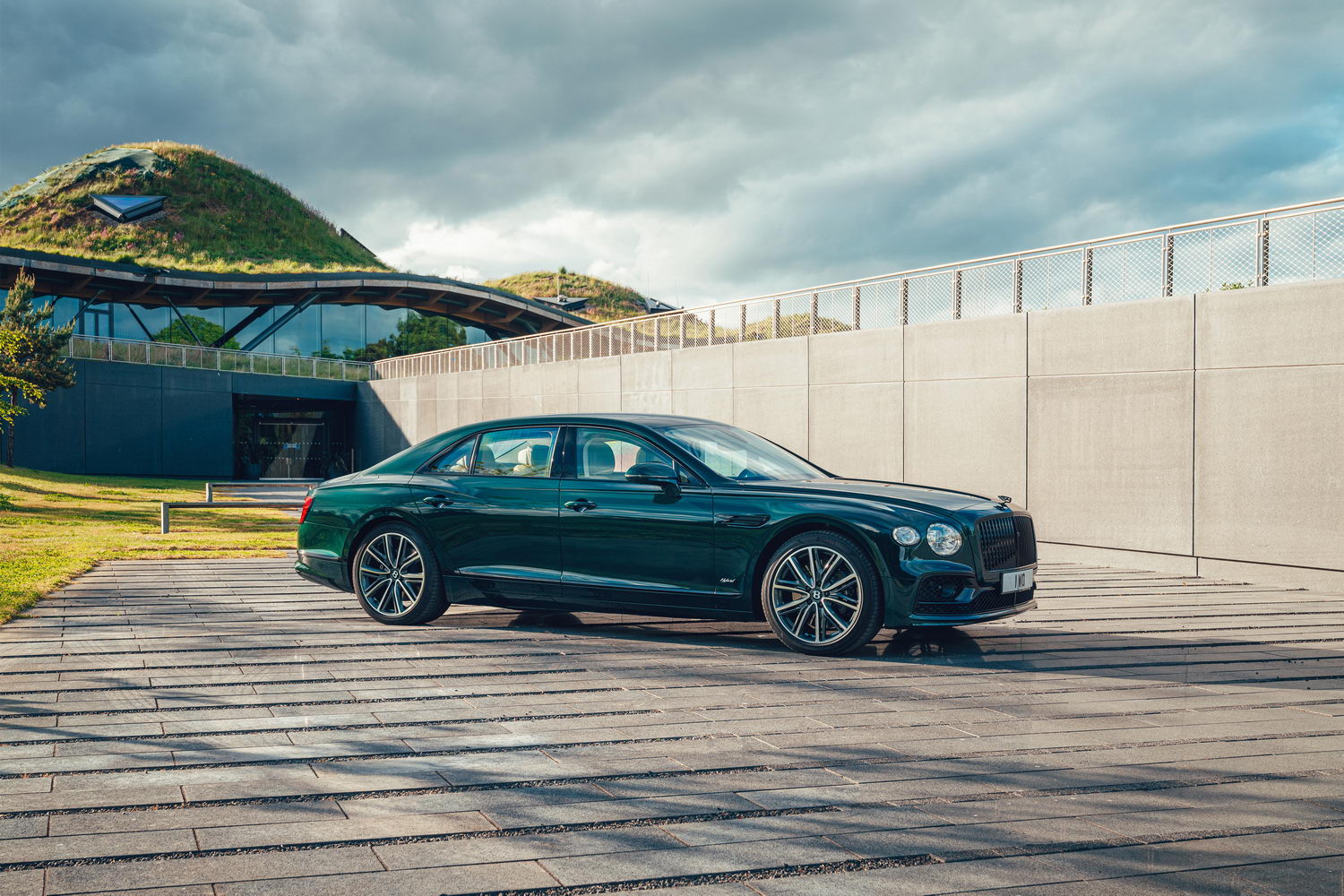 Bentley has revealed its greenest model yet, the Flying Spur Hybrid.

The road to electrification is becoming rather busy these days, but what better way to travel on it than wafting along in the new Bentley Flying Spur Hybrid? In 2020 the company announced its commitment to only having battery-electric models in 2030 as part of its Beyond100 roadmap. Before it reaches that goal, all its new models will be either battery-electric or plug-in hybrid from 2026.

Luxury with a green conscience

Bentley already has its Bentayga Hybrid SUV, but now the latest generation of the luxurious Flying Spur gets to travel through low emission zones with a clear conscience. An electric motor sits between the transmission and the engine and delivers 136hp and 400Nm of torque. It's powered by a 14.1kWh lithium-ion battery that takes up to 2.5 hours to charge on your own Bentley-branded wallbox charger that the famous marque will kindly throw in with your purchase price.

Three driving modes are available to make the most of the electric motor - EV Mode, Hybrid and Hold, essentially electric-only, normal and petrol-only. In full EV mode Bentley says it should be able to drive up to 40km and in total the Flying Spur Hybrid has a driving range of 700km with a full tank of petrol. That's achieved using a 2.9-litre V6 engine that makes 416hp and 550Nm, the combination of both electric and internal combustion engine producing 544hp and 750Nm - more than in the Bentayga Hybrid. Bentley says it is its greenest model so far but there's plenty of performance on tap too, including a 0-100km/h time of 4.3 seconds.

Spurring on the latest tech

These days Bentleys aren't just about master craftspeople hand-stitching leather and polishing wood, performance and opulence. Actually they are mostly about that, but there's lots of tech stuff too, including the work of art that is the rotating centre screen that disappears behind a wood panel, like a secret door in ye olde palace.

Not many stately homes come with an app though. The Flying Spur Hybrid has its an app, and you can use it to lock or unlock the car, find your car if you're the type of person who loses their Bentley (how do you lose a Bentley?) and set a timer to begin charging the battery.

It's still about the opulence

Yes, we're back to the opulence and craftsmanship again, because let's face it, it's a Bentley. There's a choice of seven main colours, 60 more from collections including Mulliner and really an almost limitless choice if you're willing to pay for it. You can also opt for the Blackline Specification to add a darker hue to the brightwork.

There's more choice inside when it comes to leather hide colours including a two-tone option to jazz things up a bit. That's just colour choices, then you get into all the fun stuff like do you want a champagne cooler and flutes, where in the world do you want your wood trim to come from and which high-end audio system will best suit your musical tastes? Once you've decided, those wonderful master craftspeople will get to work putting it all together for at the factory in Crewe.

Pricing has yet to be confirmed for the Flying Spur Hybrid.

In the meantime, read our Bentley Flying Spur reviews