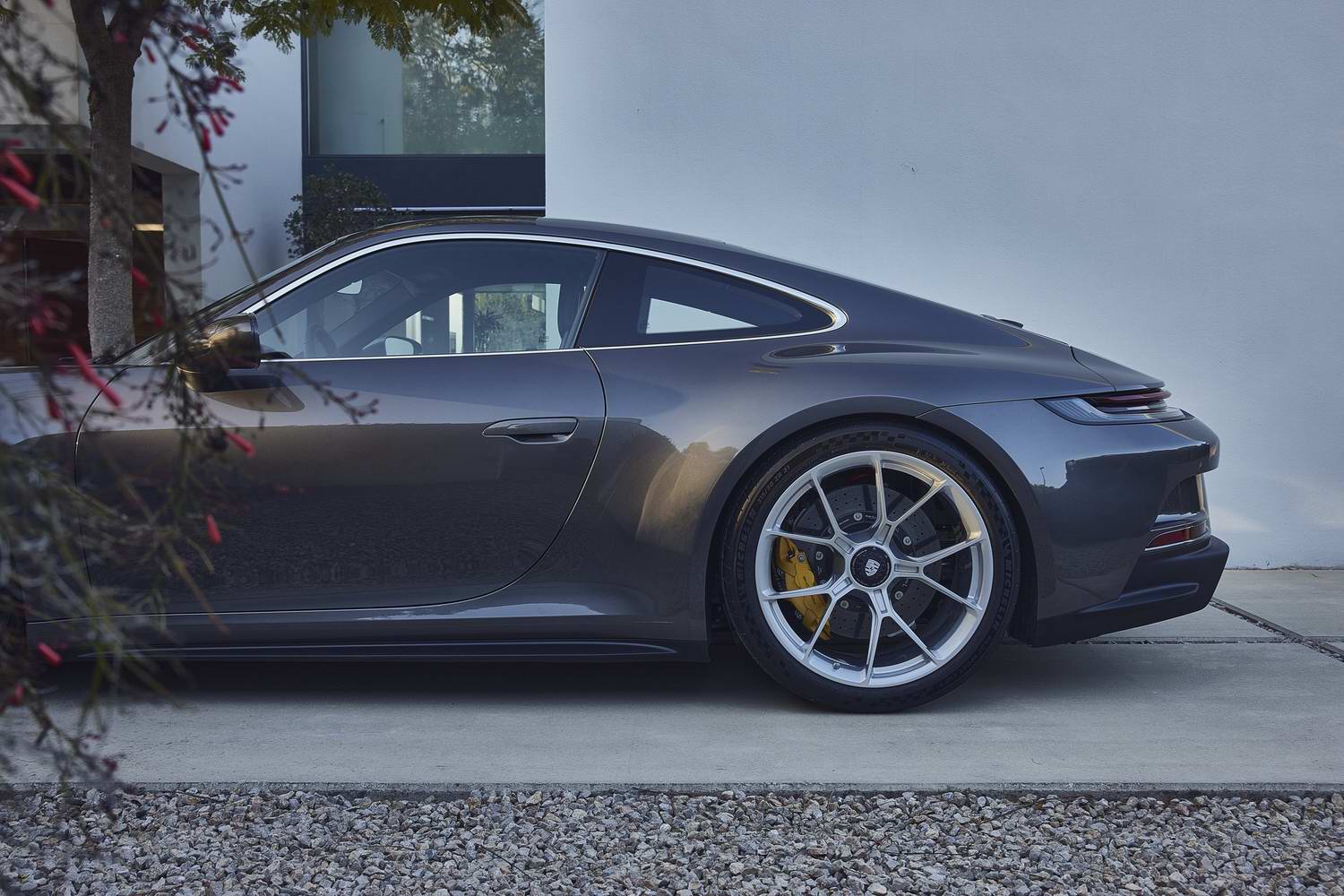 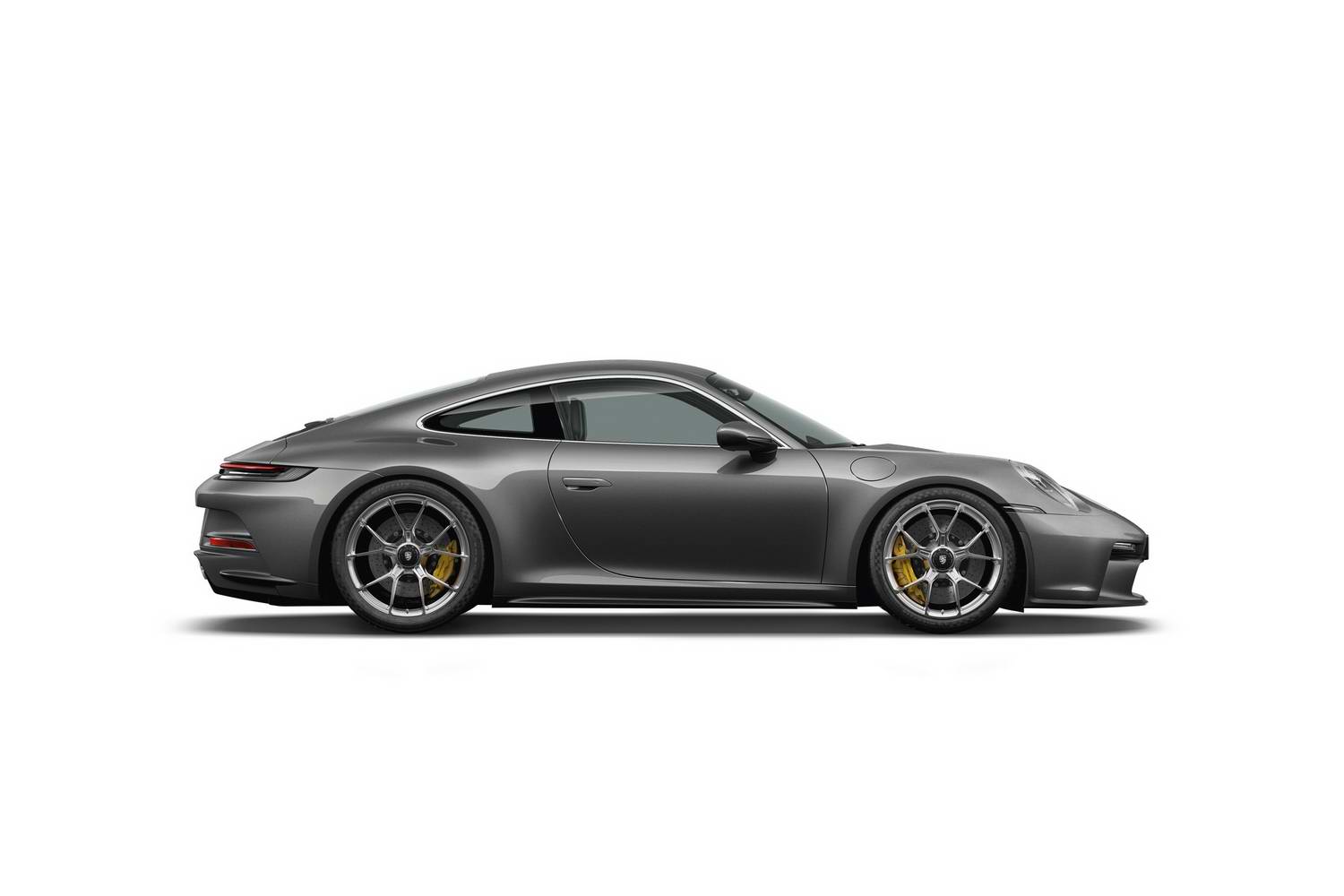 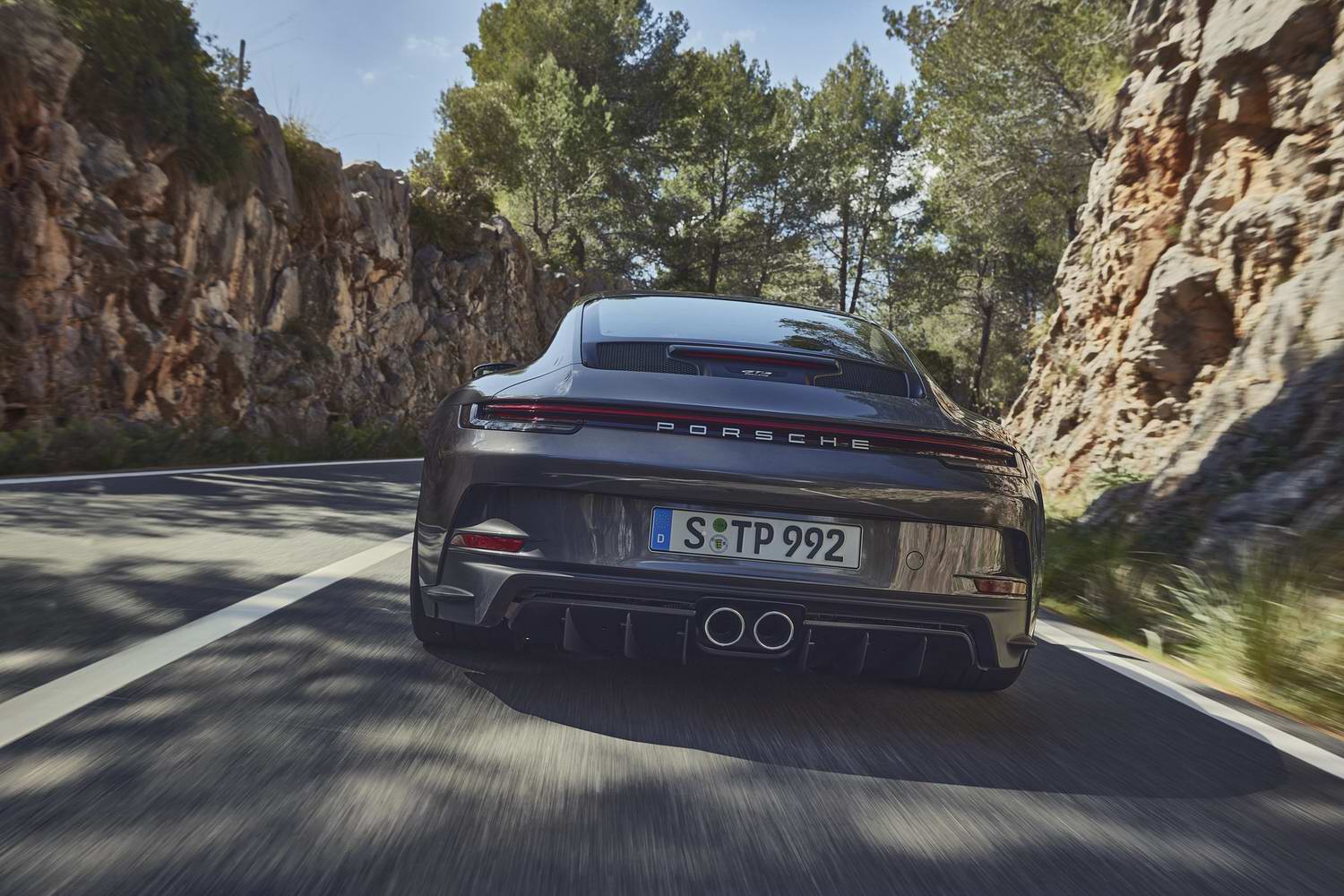 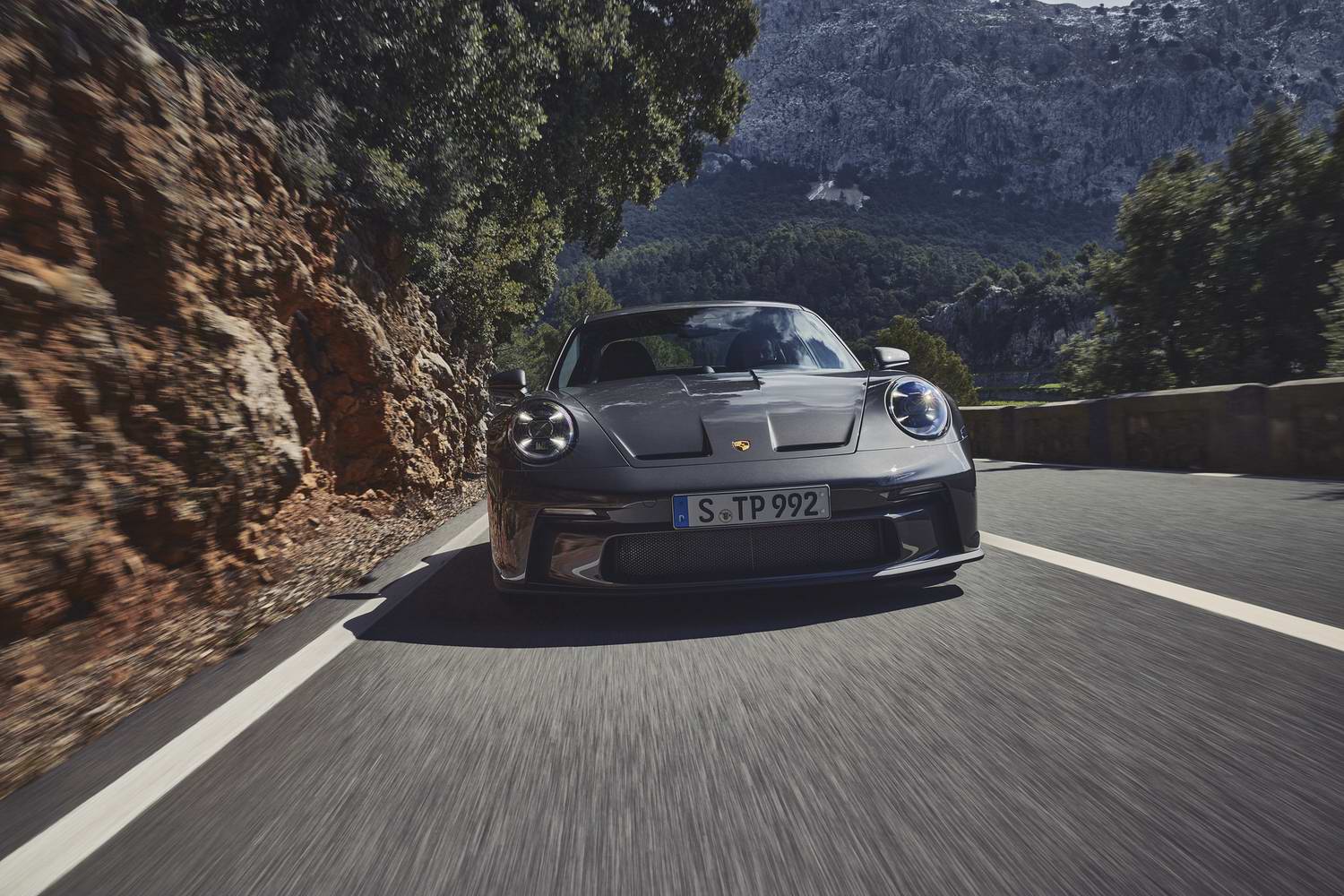 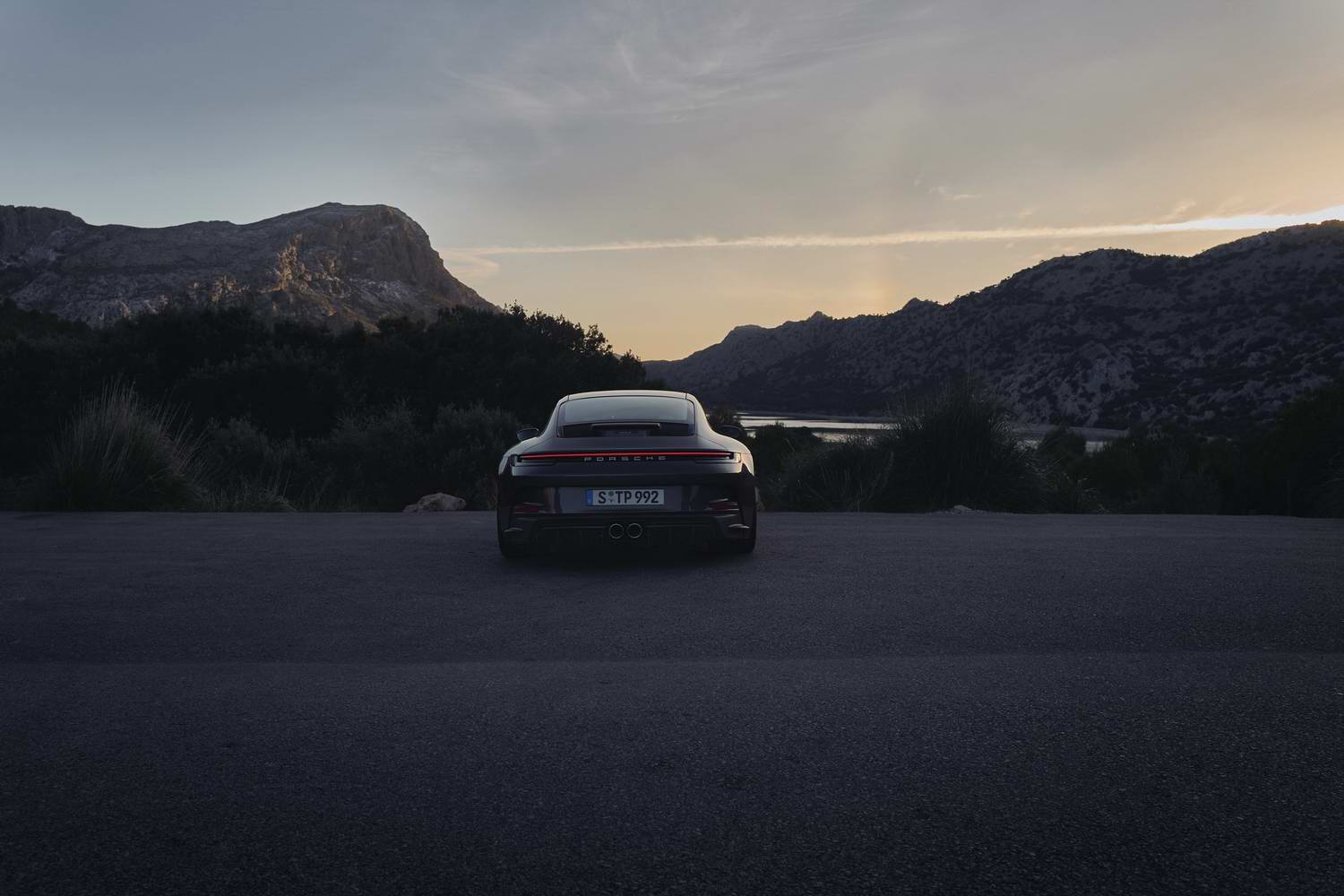 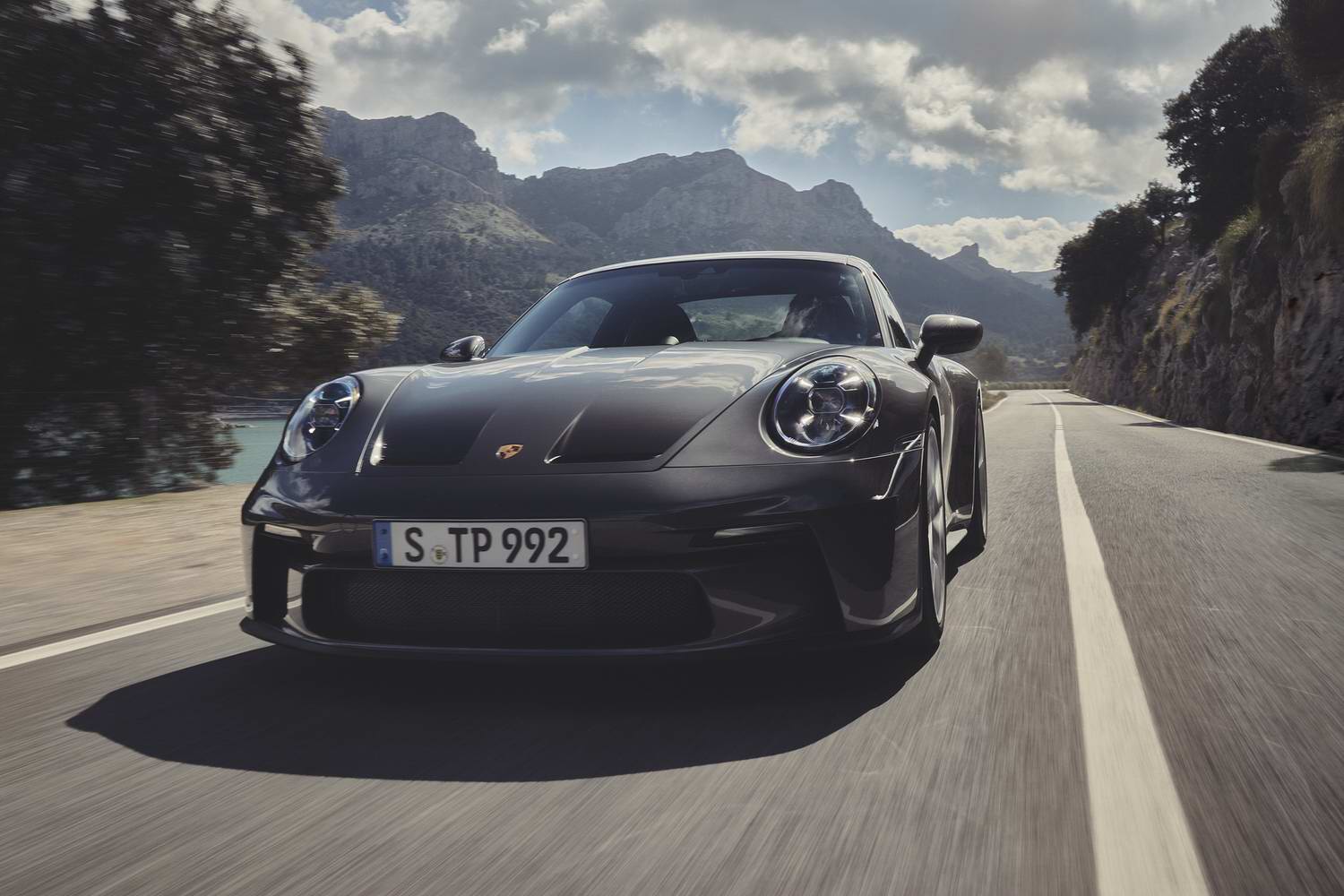 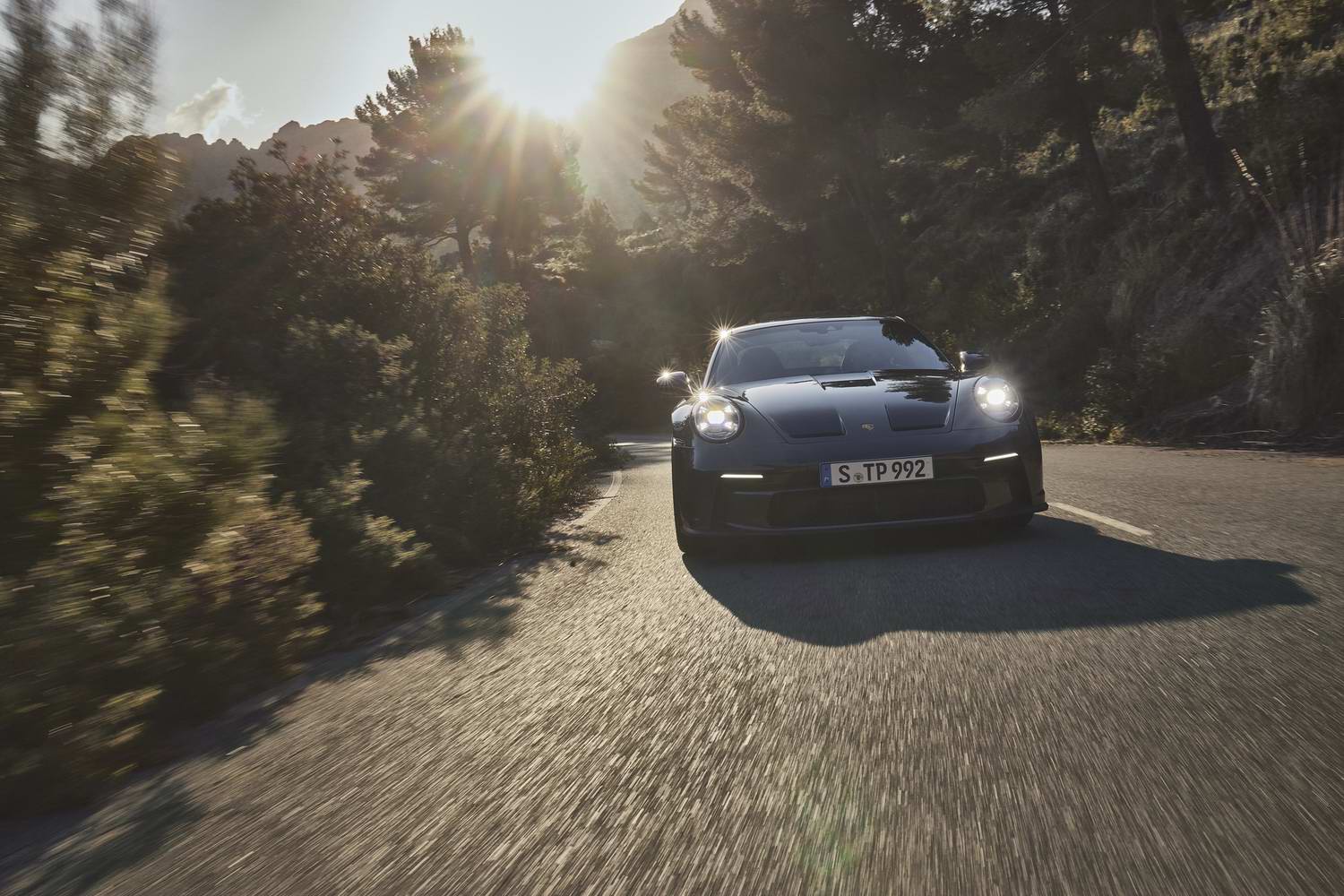 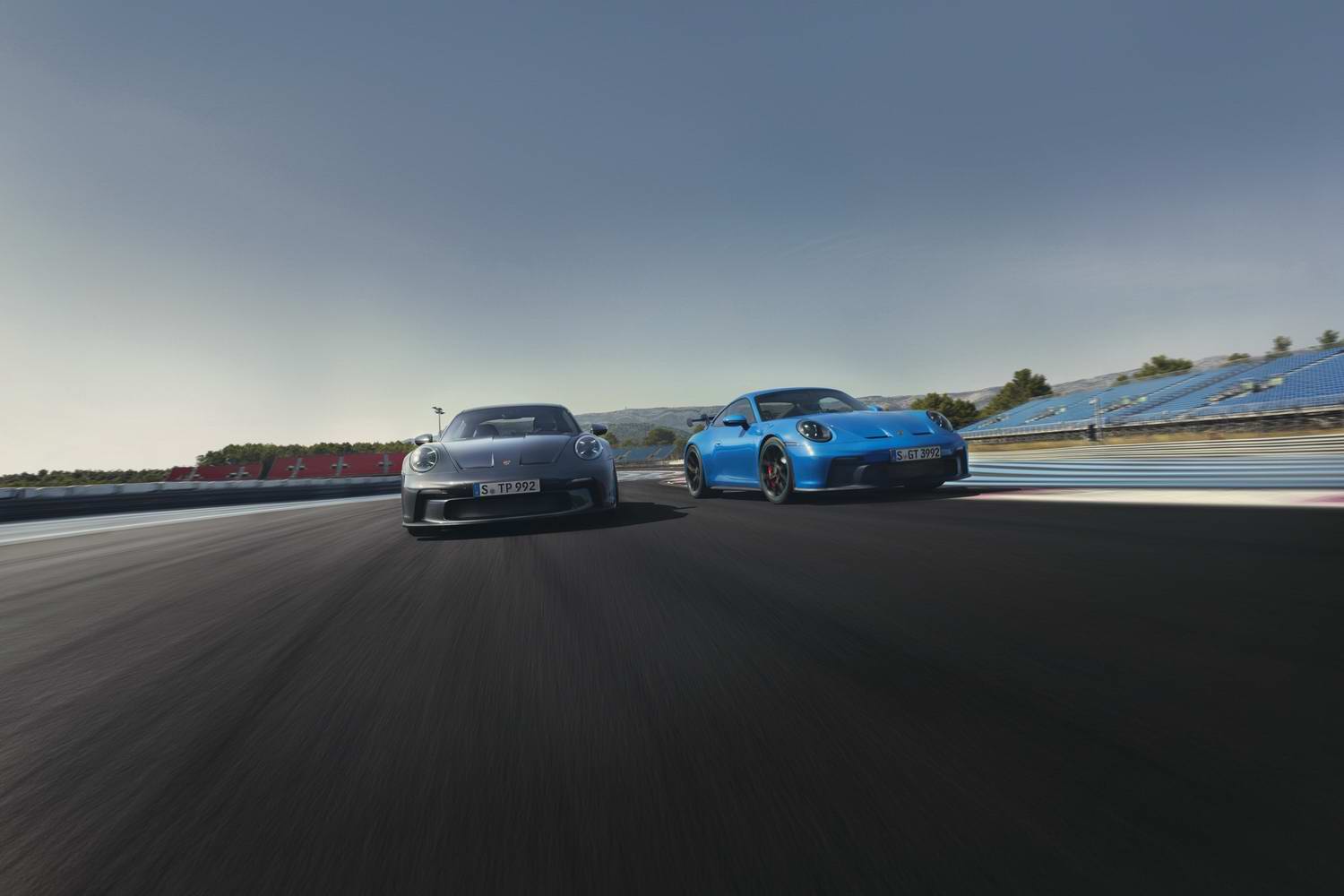 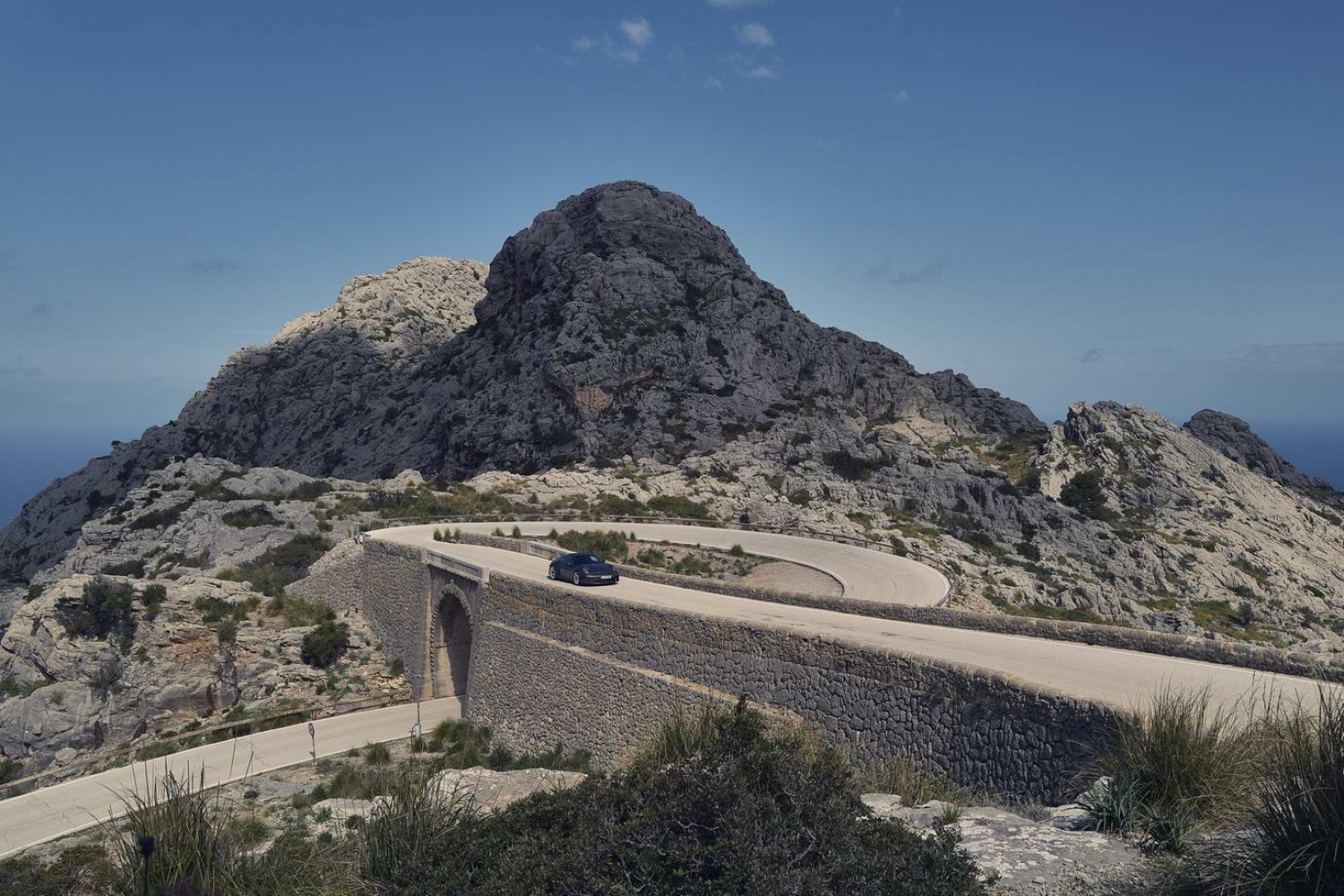 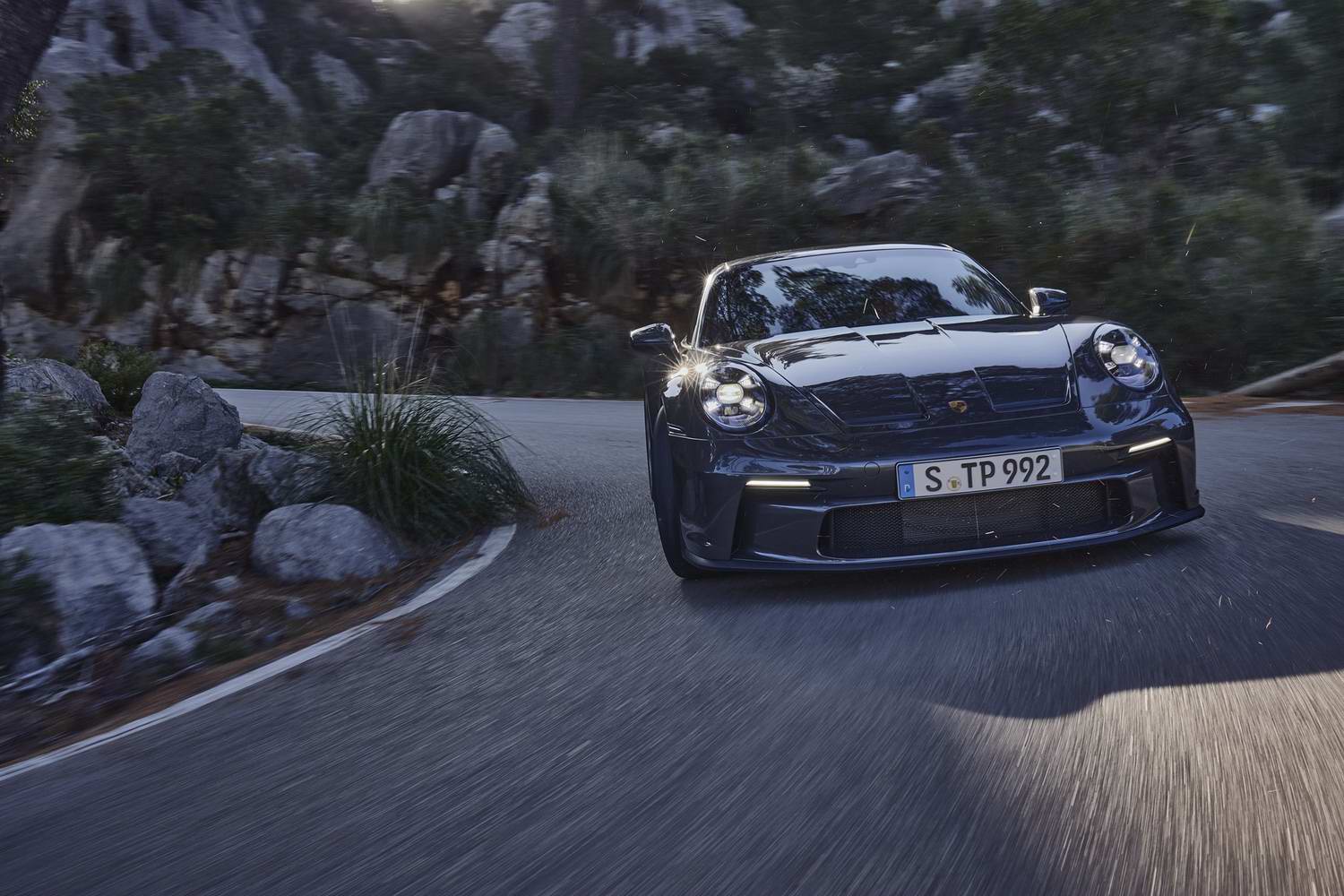 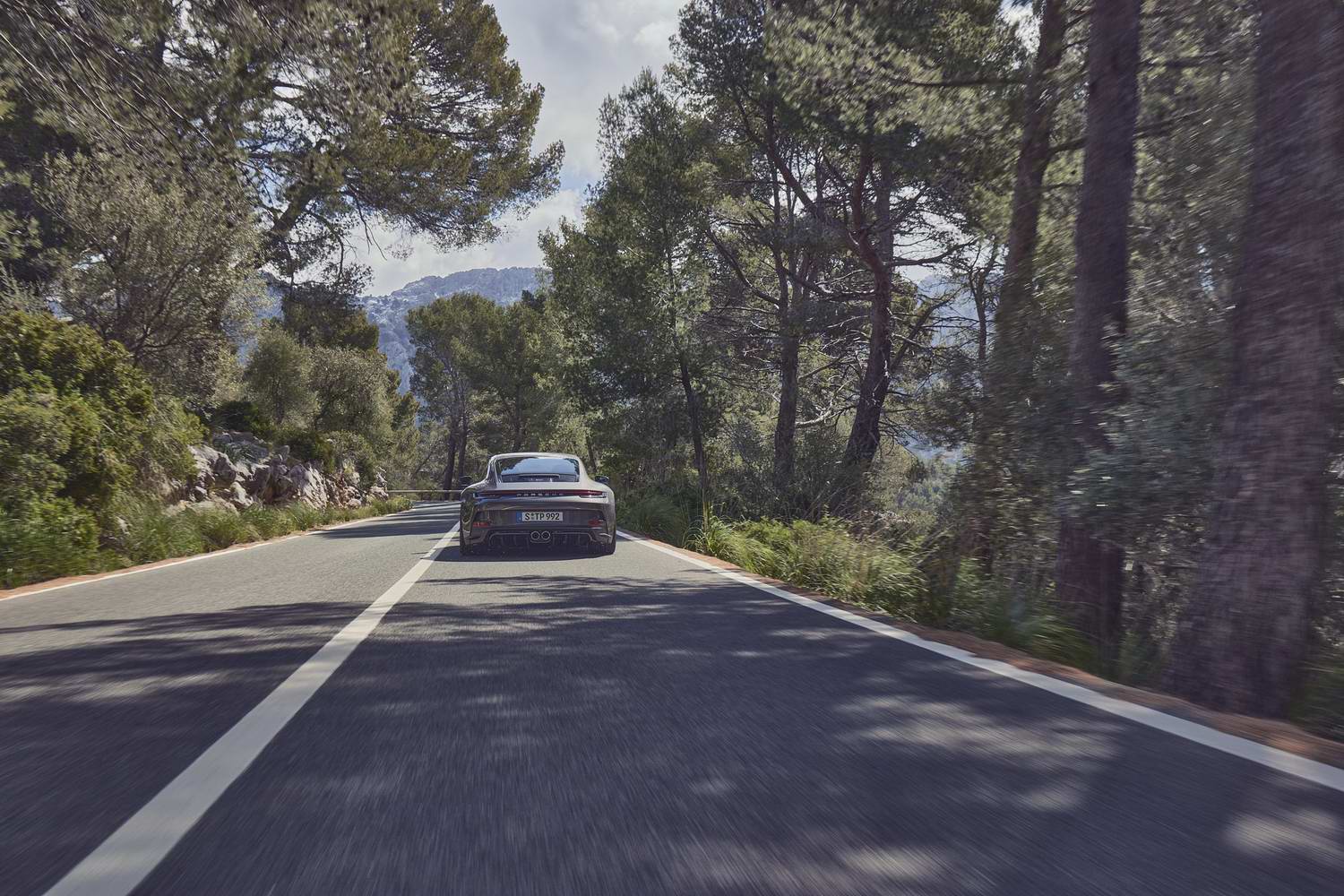 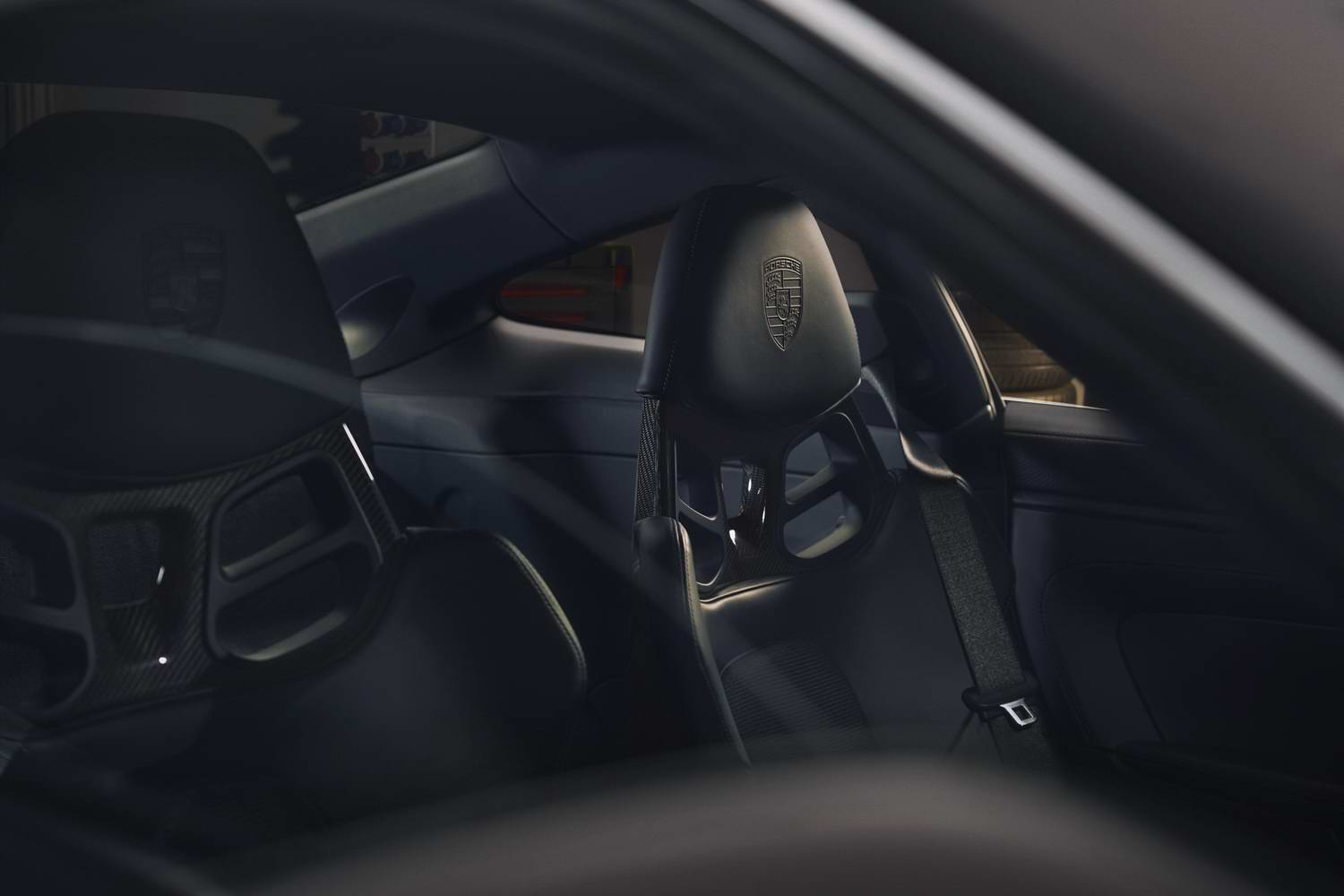 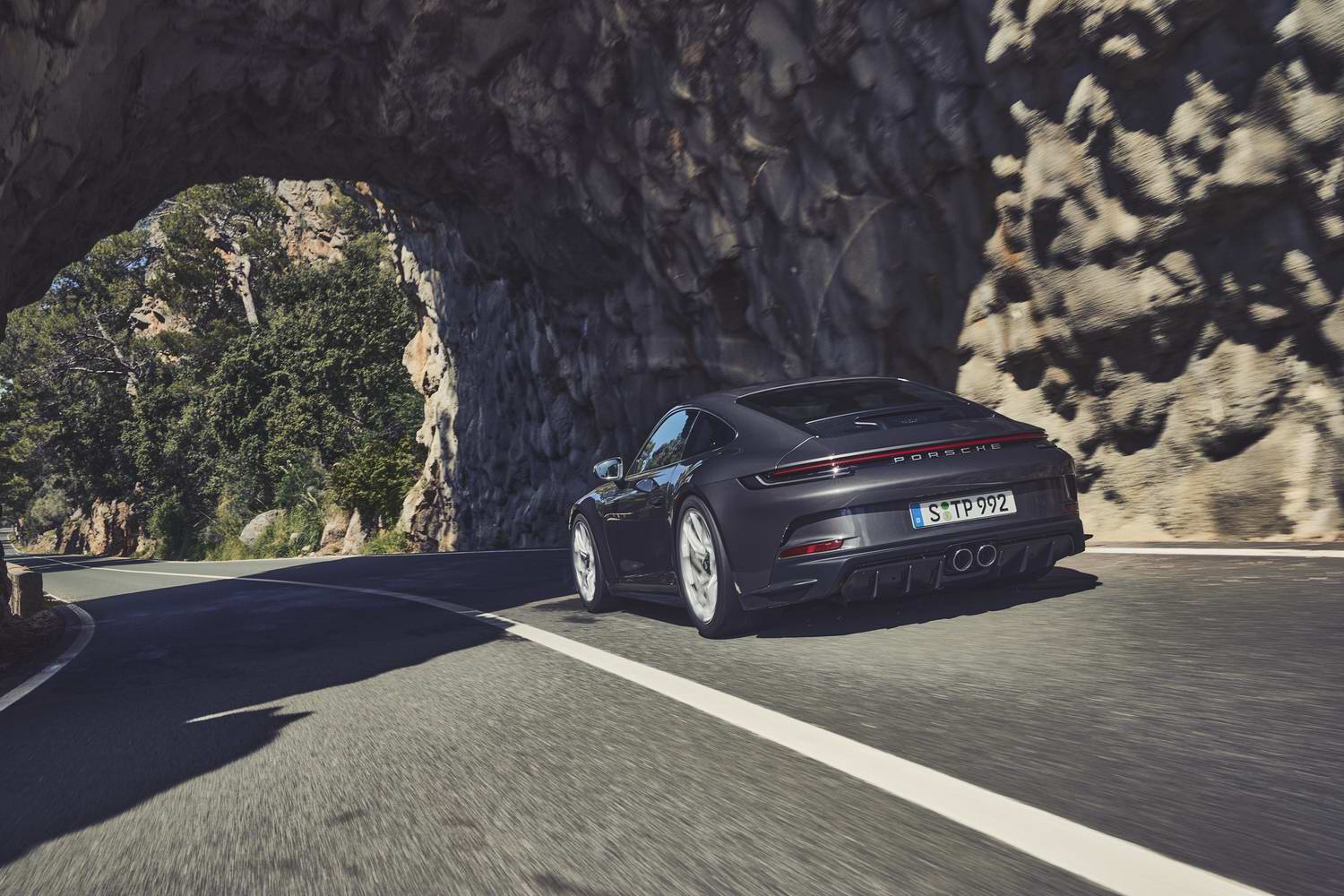 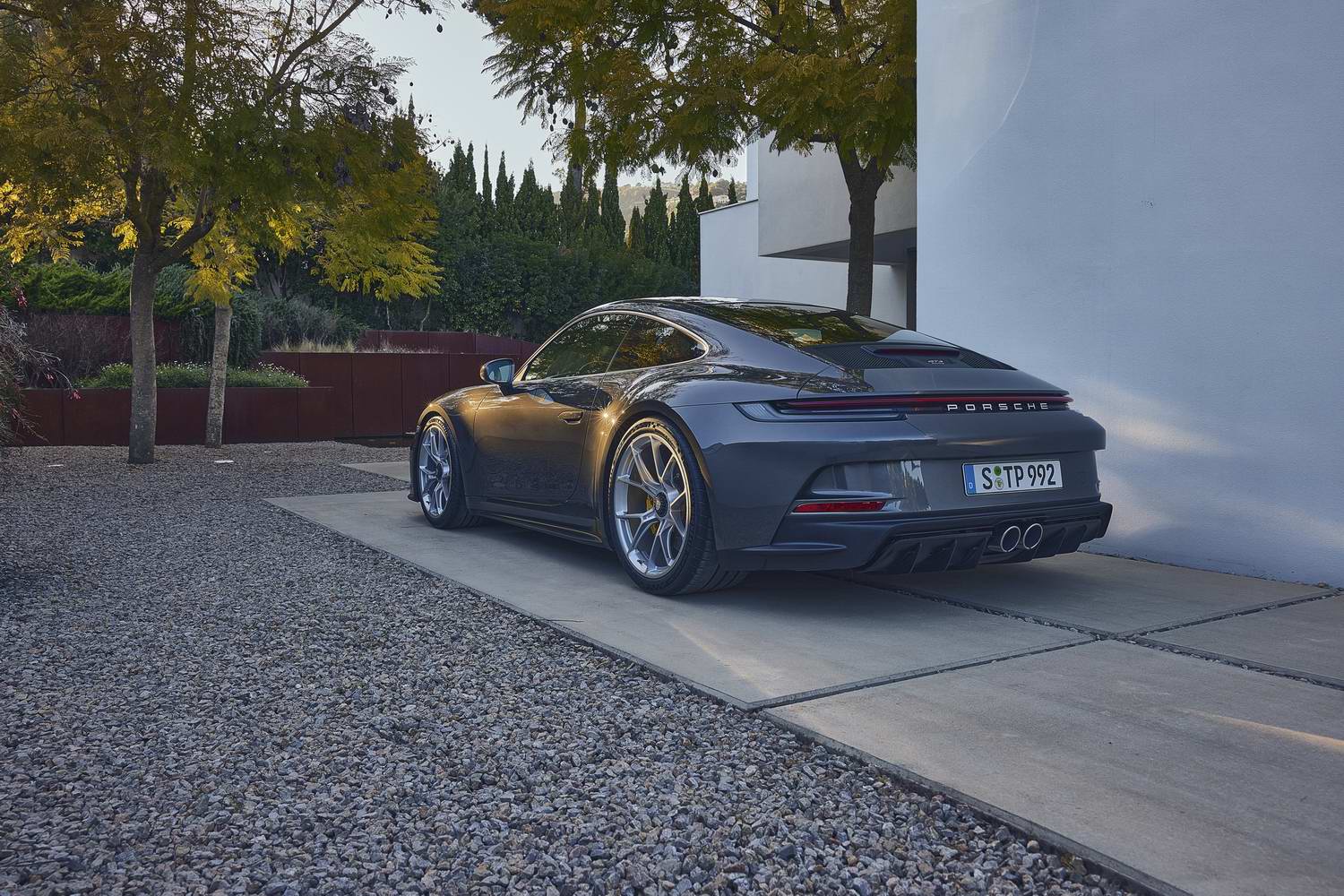 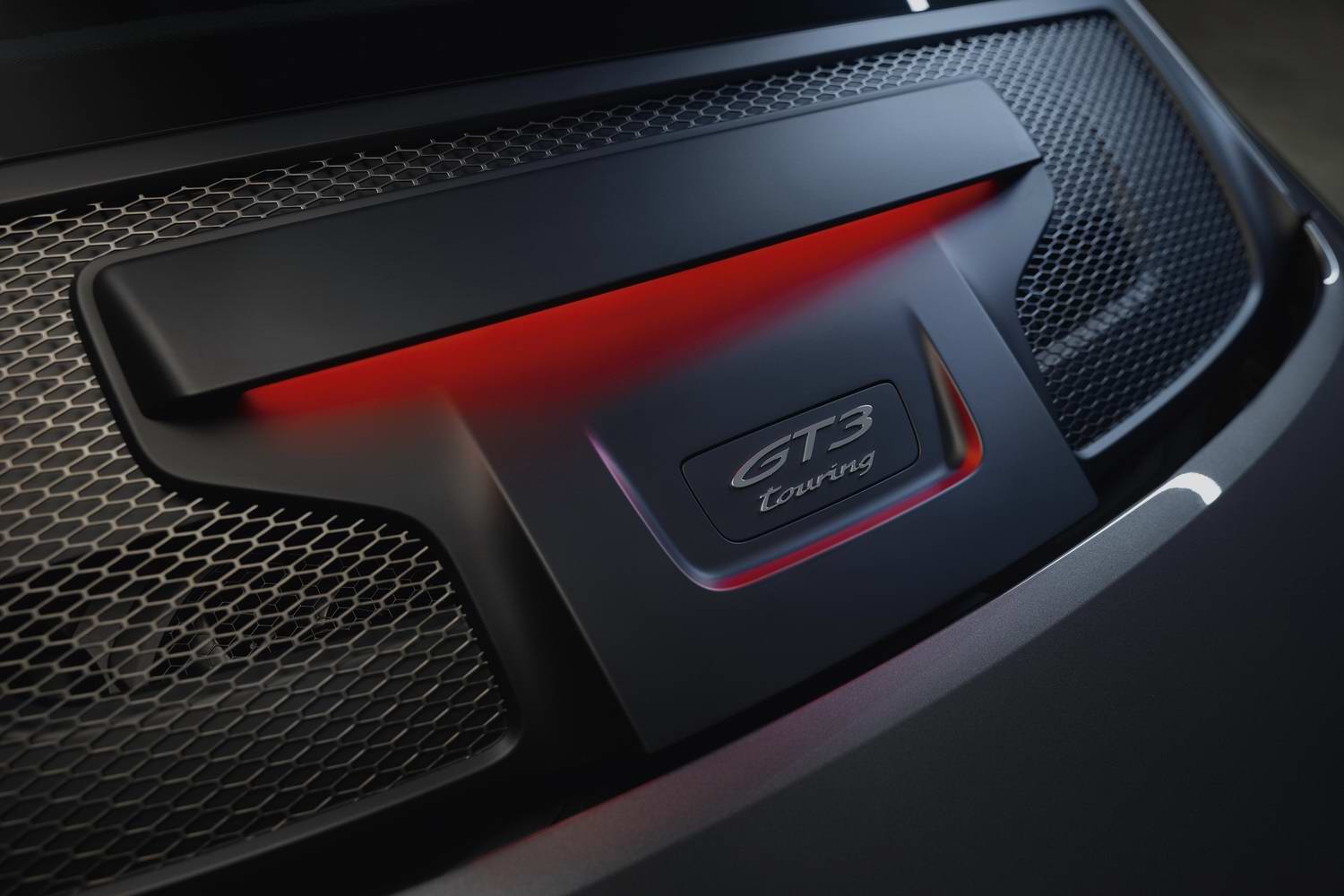 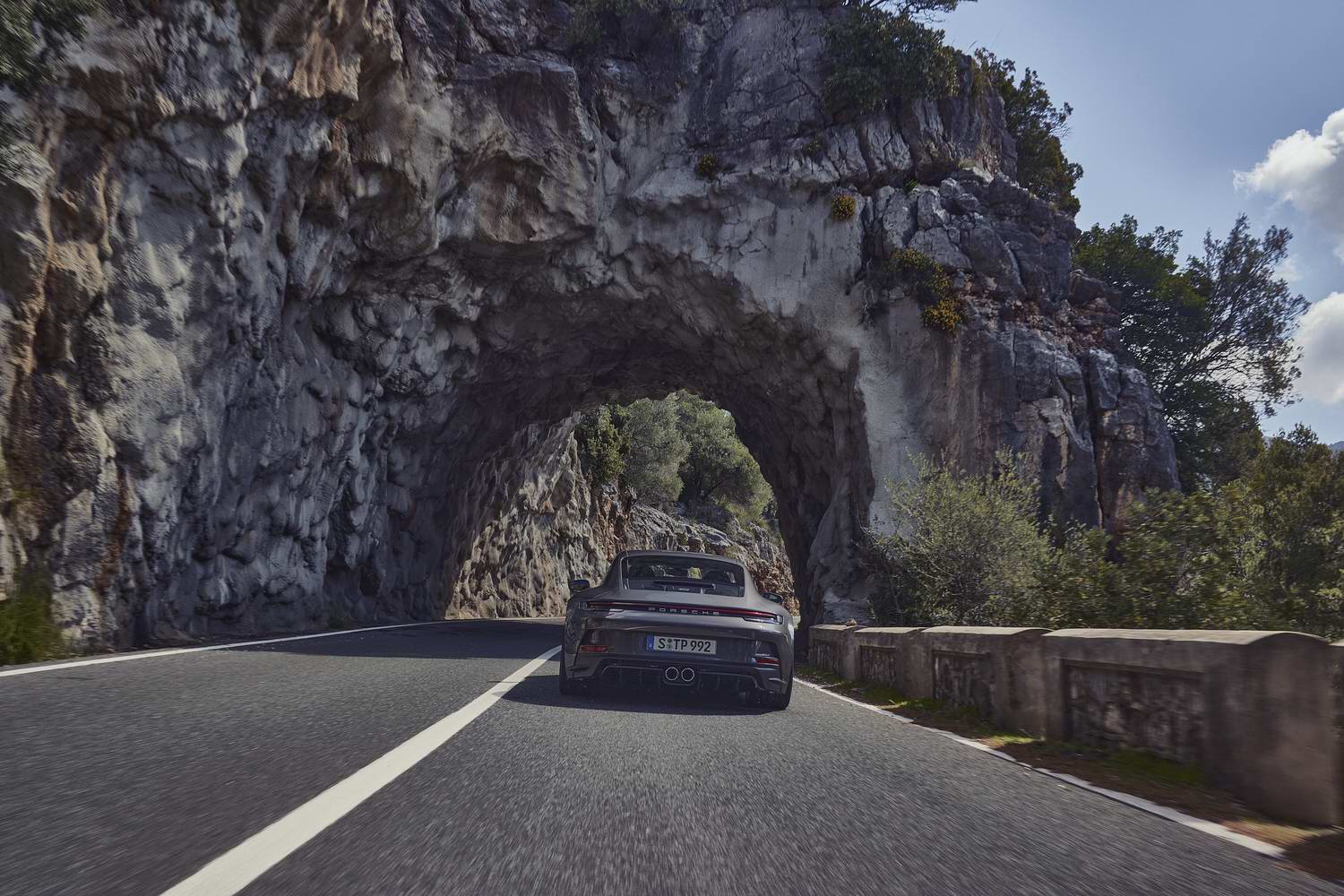 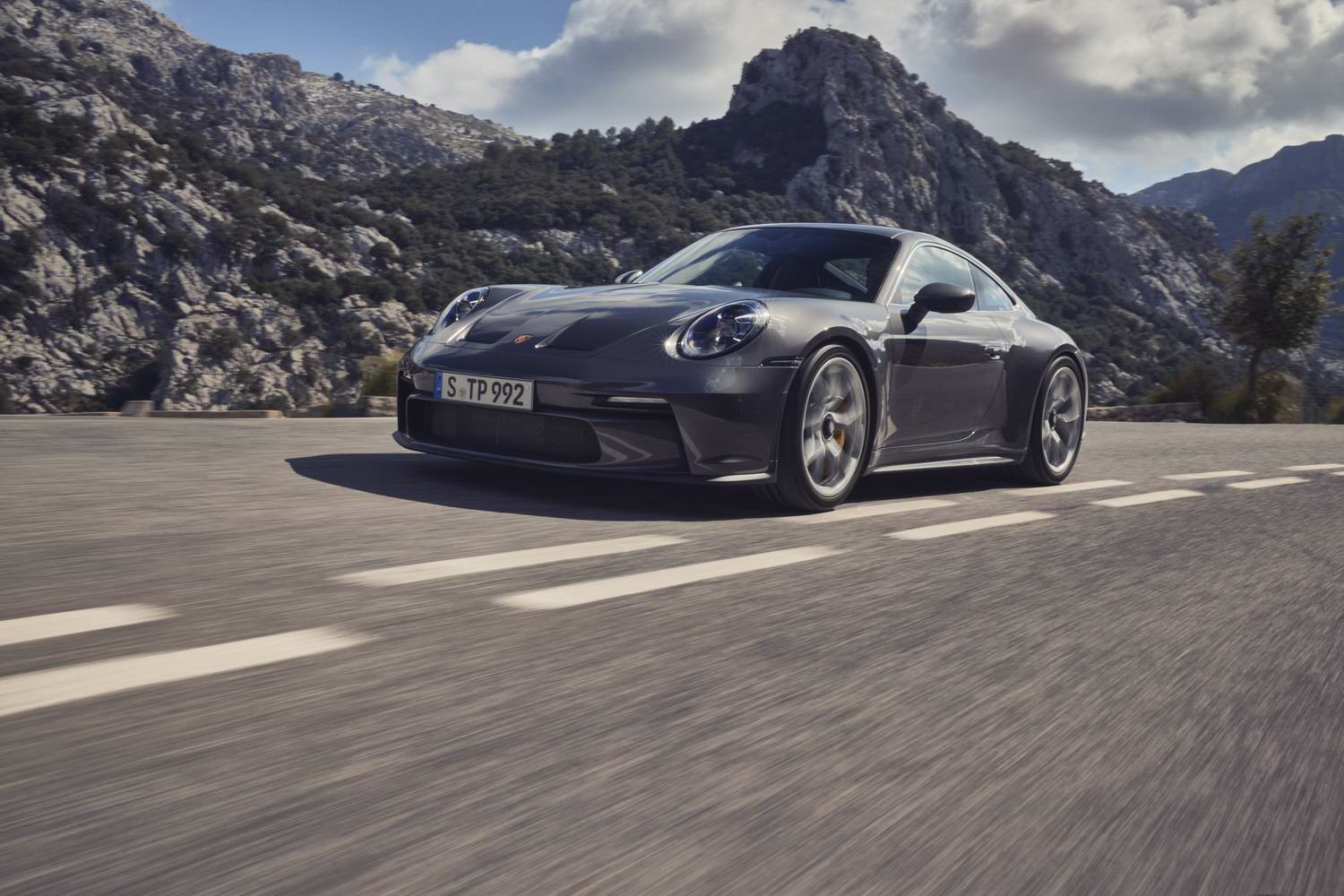 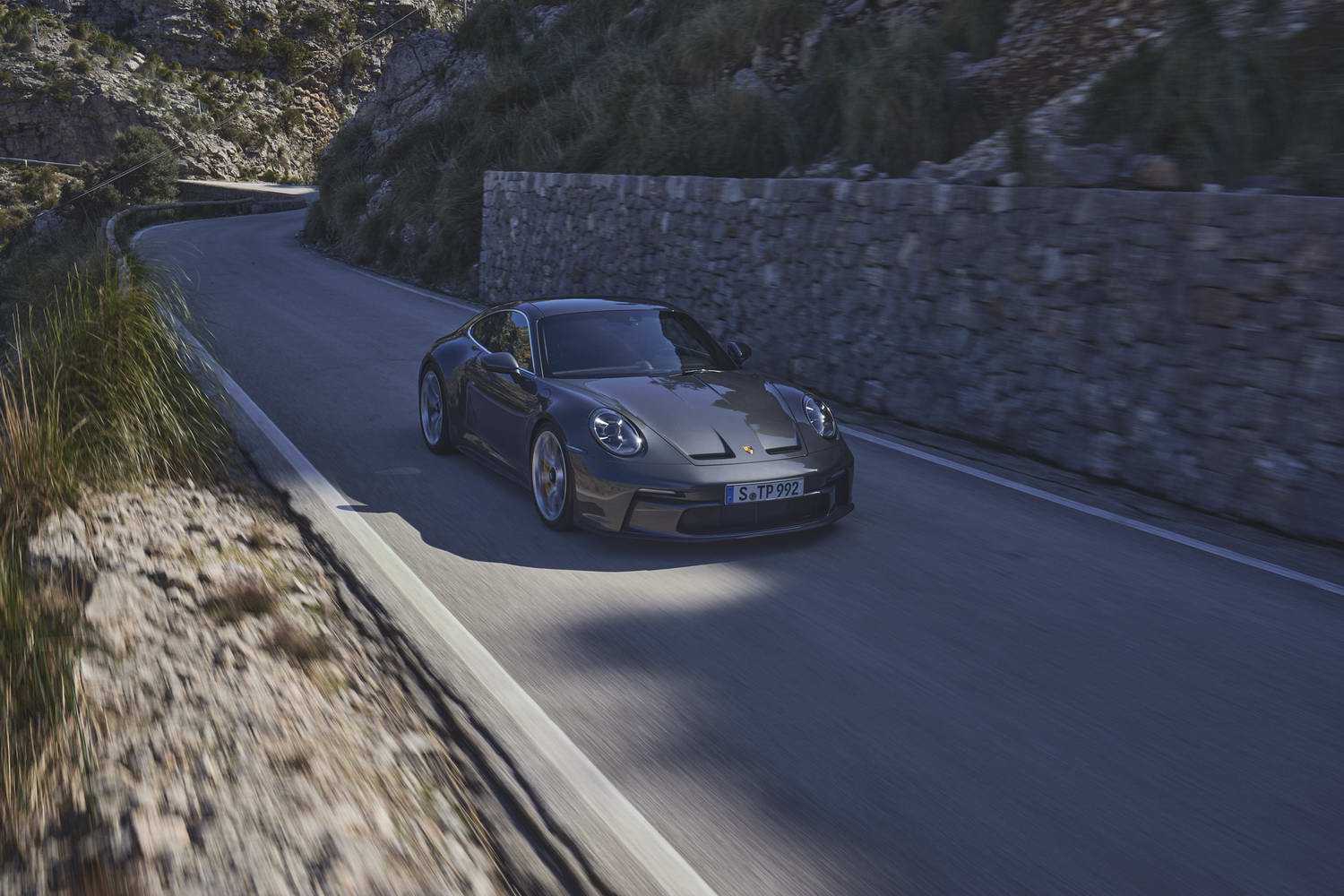 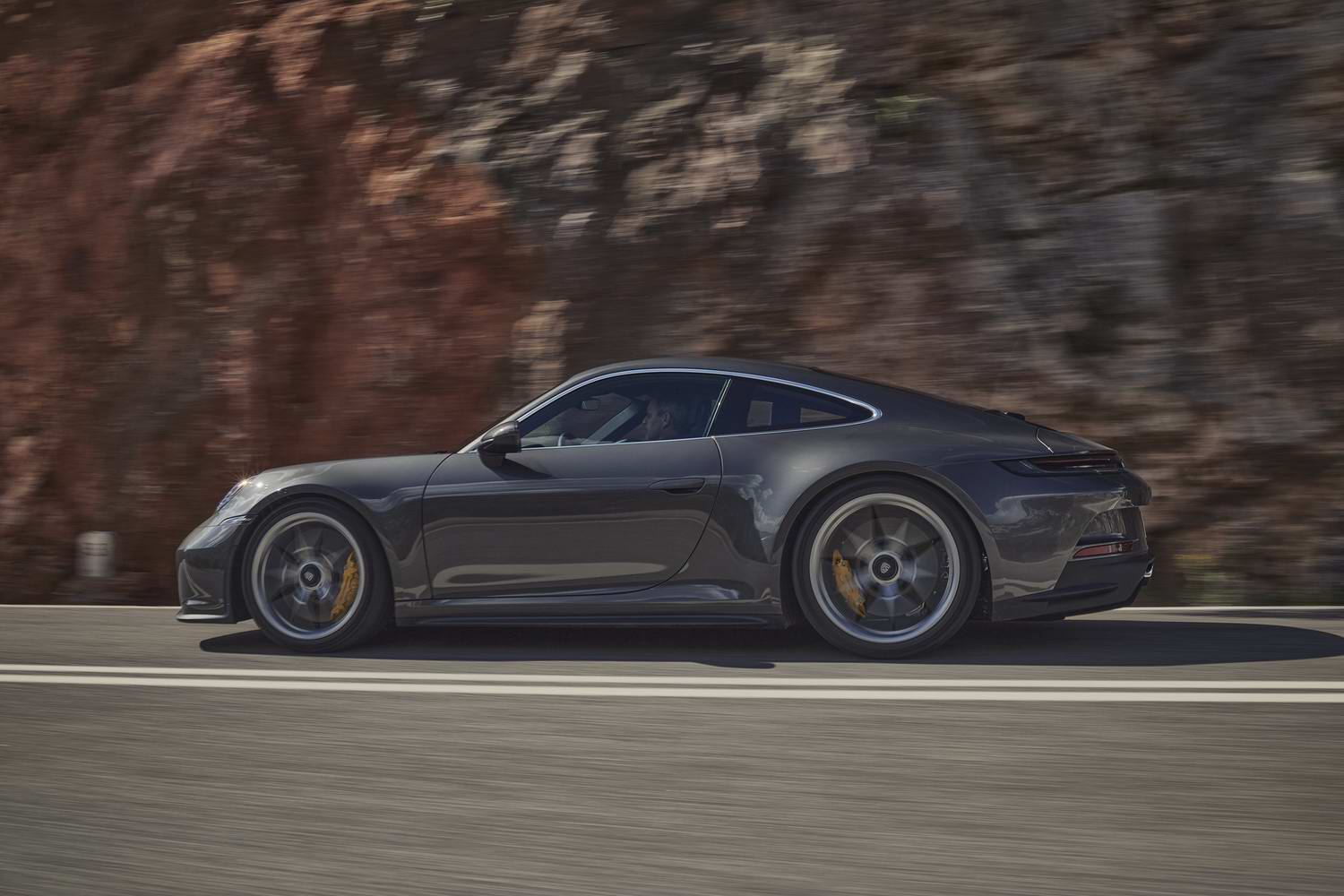 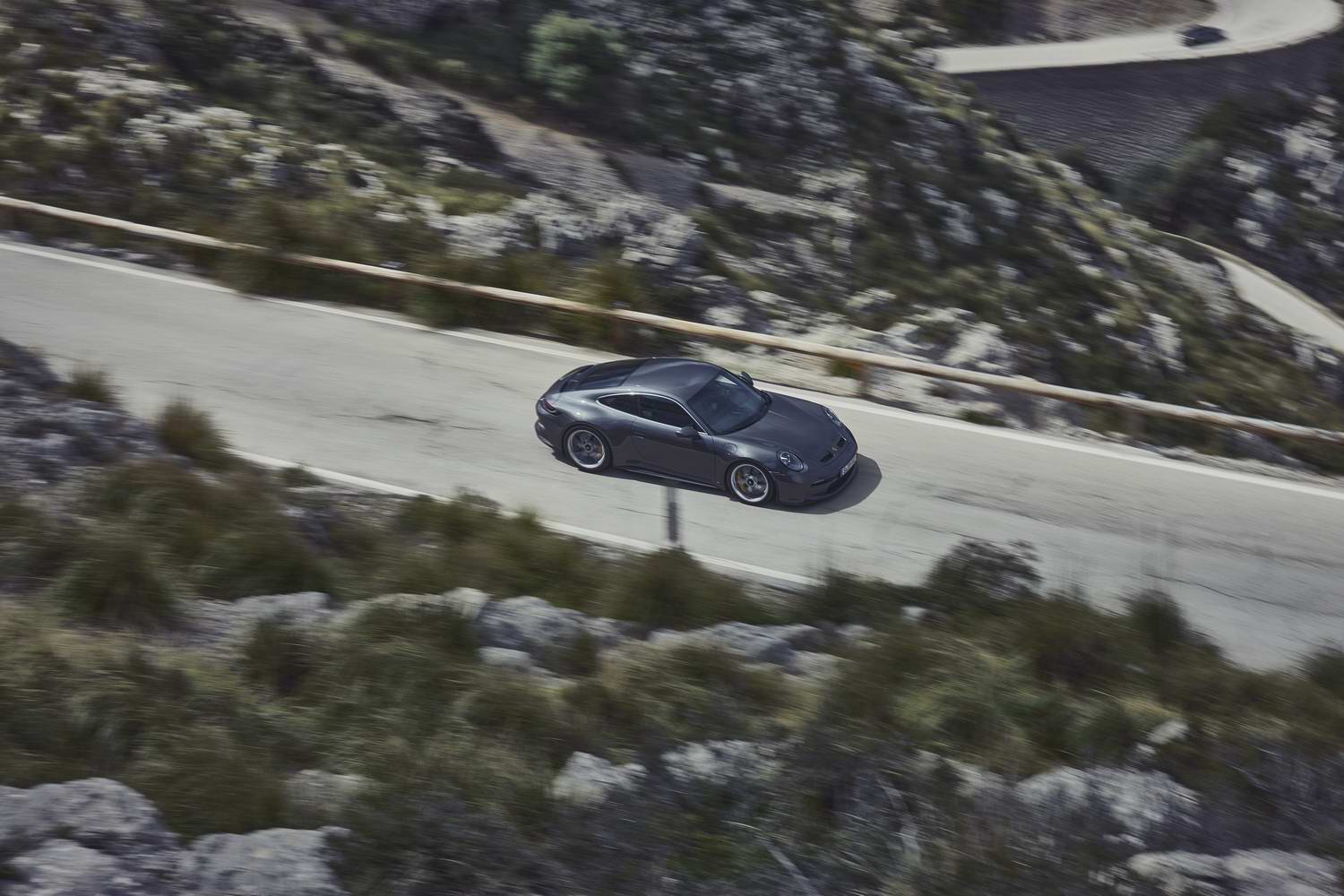 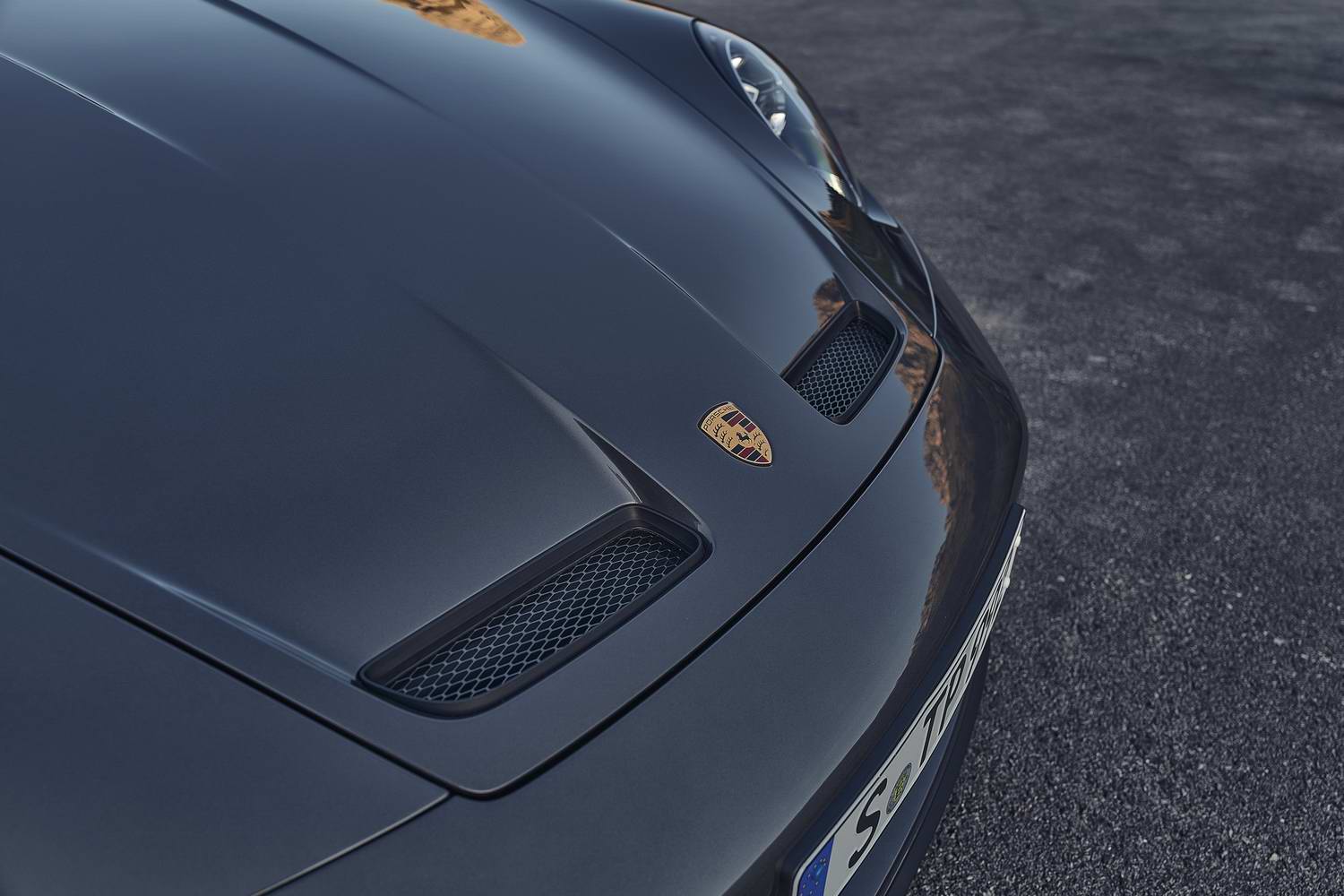 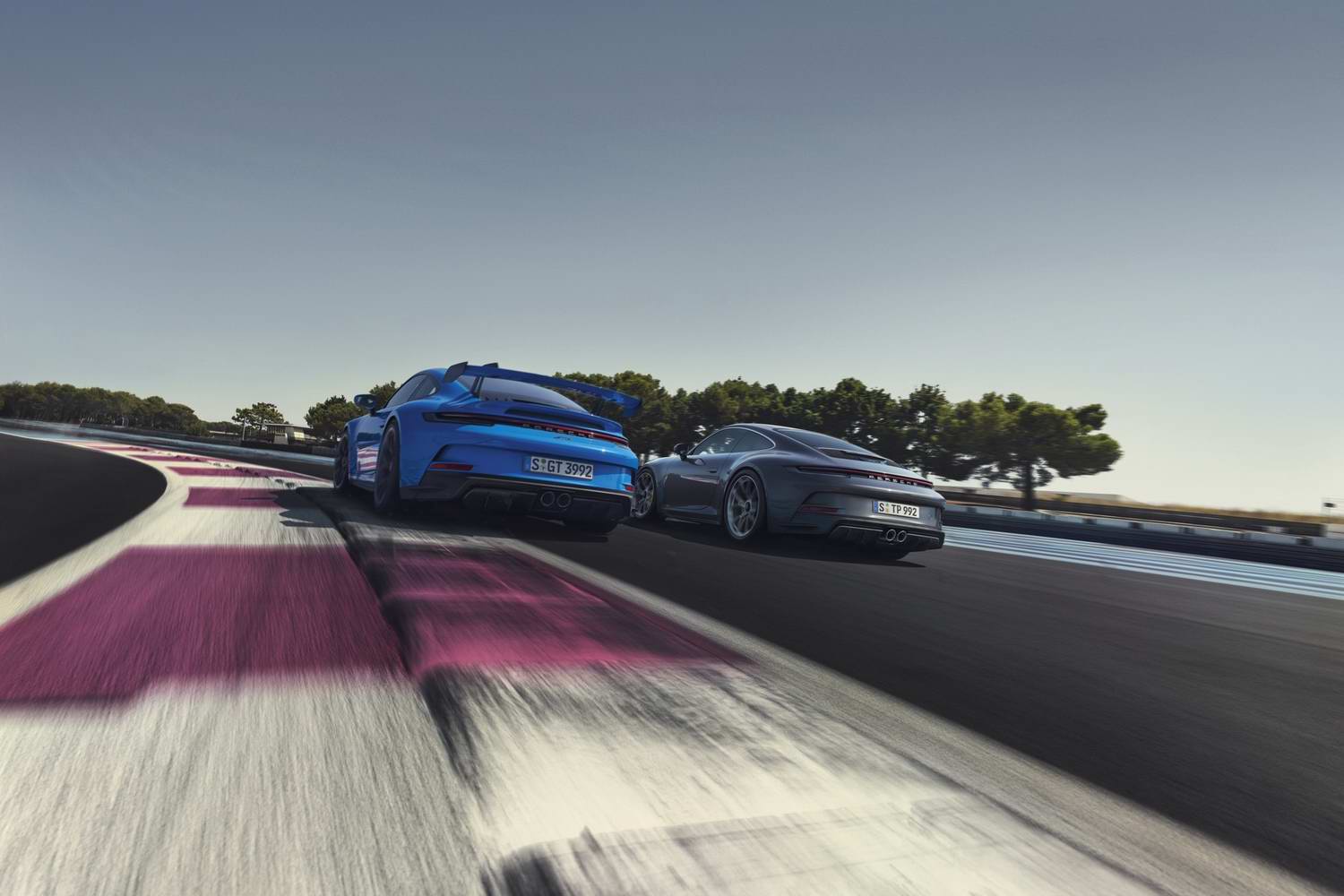 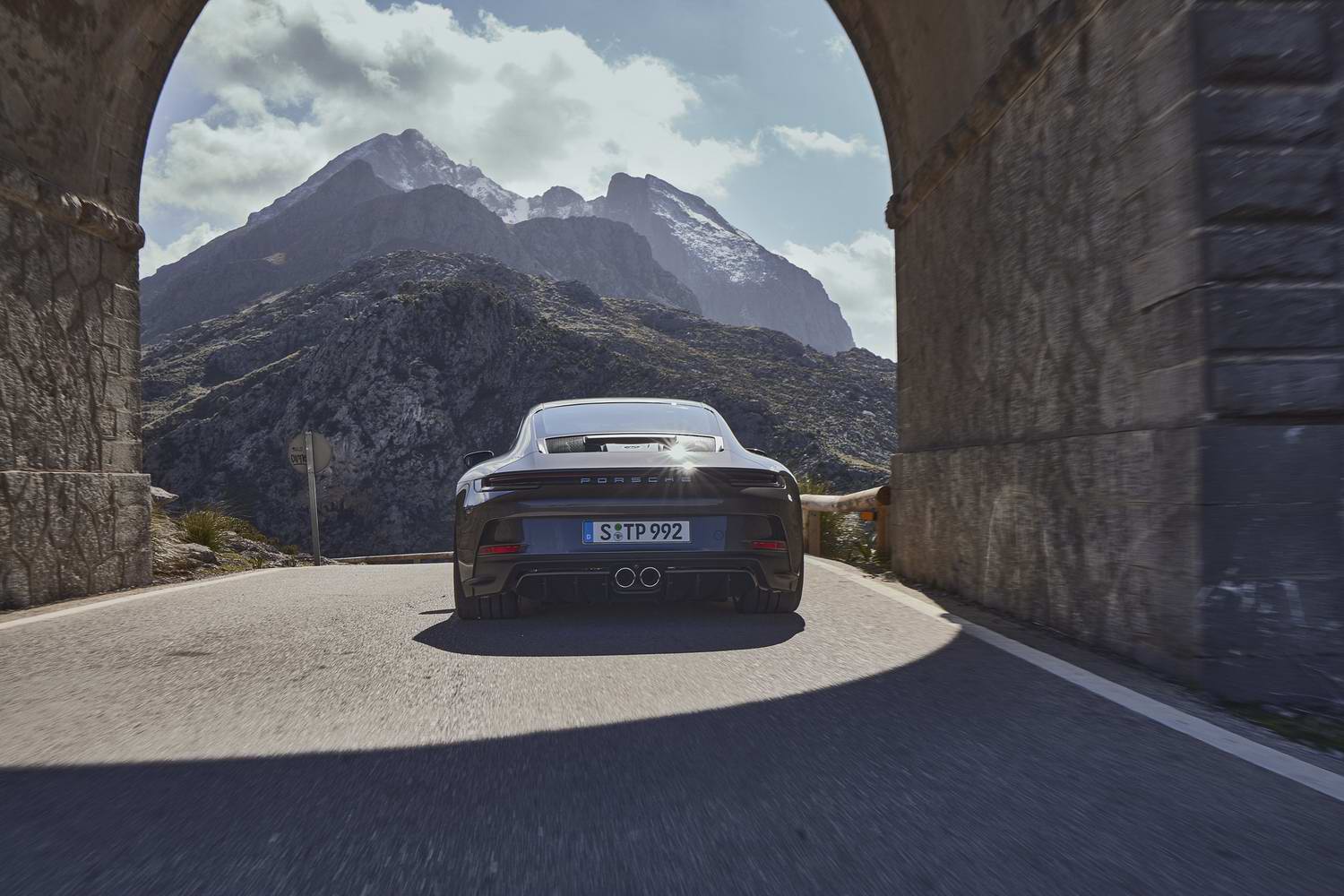 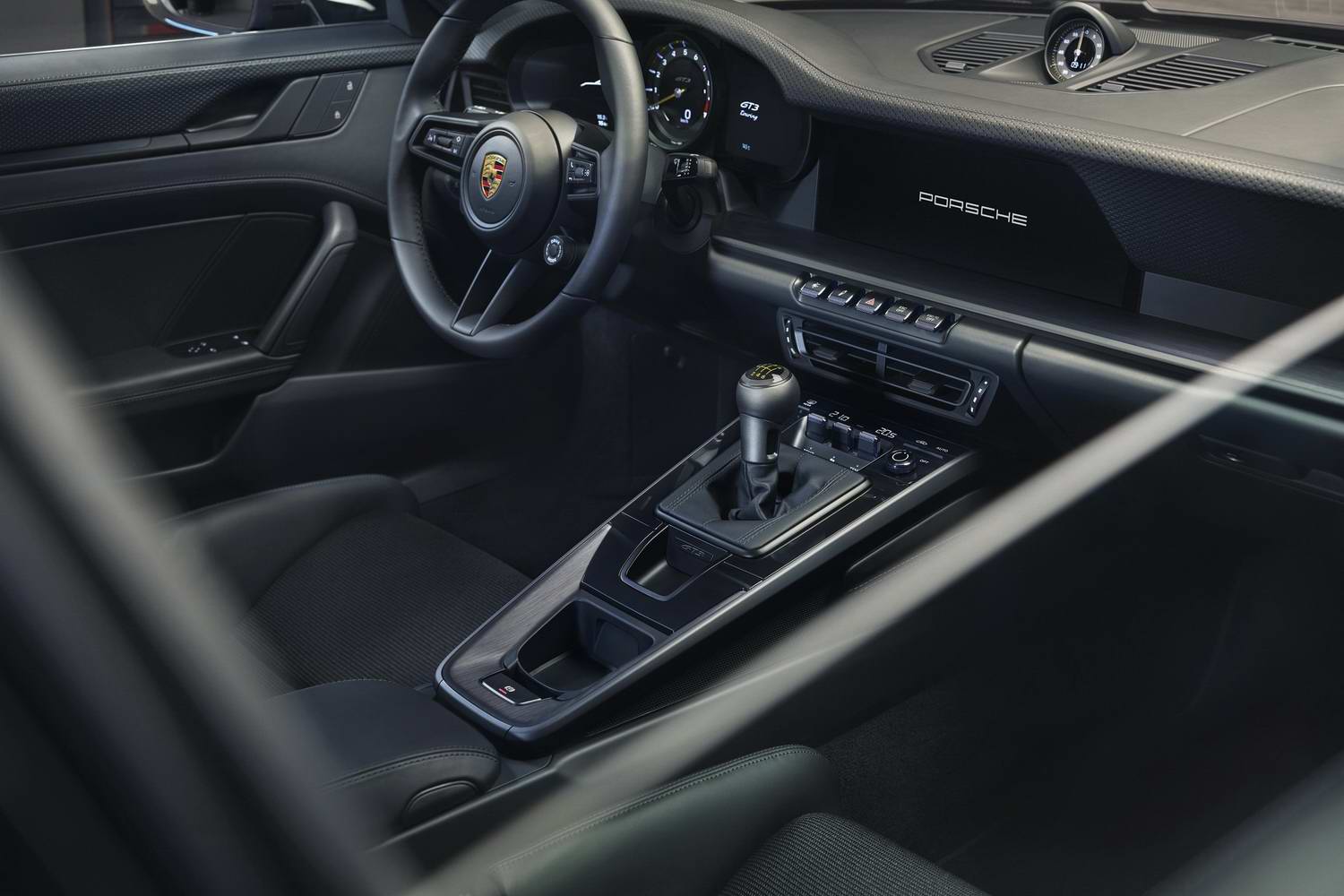 The Touring package is for shier Porsche 911 GT3 buyers.

You're looking at the new 992-generation 911 GT3 for the shy and retiring type. Kind of. The GT3 with Touring Package takes the core mechanical setup of the track-focused 911 GT3 proper and, well, tones it down a little, for those that are more likely to use their car on the public road. Look, it's even painted grey to emphasise the point.

The major change to the exterior that marks out the GT3 Touring is the removal of the standard car's massive rear wing with its distinctive 'swan-neck' support struts. Instead, there's an automatically extending rear spoiler, working in conjunction with the same serious underfloor aerodynamic diffusor. Porsche has yet to confirm how much downforce is lost in the transition. Not that you're ever going to see a high enough speed on an Irish road to make any use of that...

There's a new "GT3 touring" badge for the engine cover at the back and other subtle changes to the exterior mark the Touring model out, including high-gloss anodised aluminium trim strips around the side windows and more of the body painted in the main colour.

Still has a screaming engine

Of course, no matter what hue your GT3 Touring is, there's no way to be subtle when you open the throttle. It's powered by the same motorsport-derived flat-six engine as its be-winged sibling. By way of reminder (in case you're not as prone to wearing anoraks as we are), it's a naturally aspirated 4.0-litre boxer unit making 510hp at a screaming 8,400rpm. Maximum torque of 470Nm is produced at a paltry 6,100rpm...

As standard, the 911 GT3 Touring gets a glorious (GT department developed) six-speed 'sports' manual gearbox and so-equipped the car weighs 1,418kg. Porsche quotes a 0-100km/h time of 3.9 seconds and an all-but-irrelevant top speed of 320km/h.

For those with an exceptionally good reason for not sticking with the manual gearbox (and we'd like Porsche to vet buyers to ensure that it is an incredibly good reason), the PDK automatic is a no-cost option. It's a seven-speed, dual-clutch unit that adds 17kg to the overall mass. Despite that, because a computer can change gear quicker than you can, it drops the 0-100km/h time to 3.4 seconds.

We're not going to bother telling you how much fuel the car uses, as actual buyers of this sort of car don't worry about such things. Suffice to say it's in the top motor tax band in Ireland due to its CO2 emissions figure of 292g/km.

Arguably, the straight-line acceleration figures are just as irrelevant to this story as its fuel consumption data, as the GT3 has always been more about cornering. Porsche doesn't go into too much detail on any chassis changes enacted on the Touring model, so we suspect there aren't many. That is Very Good News.

Inside, the colour theme is all-black by default, including the part-leather bucket seats and the stitching, the headlining and the simple round steering wheel. That houses the driving mode selector for Normal, Sport and Track settings and there's a new 'track screen' setting for the digital instruments for the first time. This alters the digital displays either side of the central rev counter for minimal distraction, reduced to the essential information on tyre and oil pressure, oil and coolant temperature and fuel level.

Irish pricing for the new 911 GT3 with Touring Package is expected to be the same as for the standard GT3, which starts at, you might want to sit down for this, €231,041. It does at least include a training session at Porsche Experience Centre, Silverstone in the UK. Money well spent.

Keep a close eye on our Porsche 911 test drive page, as we will be reviewing the 992 GT3 shortly.