Next Mustang could come to Ireland 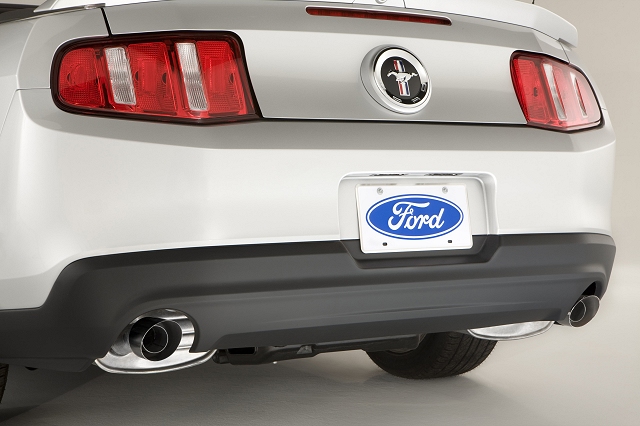 With right-hand drive on the plan for the 2014 Mustang, Irish sales are a distinct possibility.

With the launch of Ford's new Mustang (codenamed Mustang III) pencilled in for the icon's 50th birthday in 2014, speculation is rife that the new model will represent a big departure from current thinking.

The new 'Stang was expected to use Ford's global rear-drive platform, but this project appears to have faltered thanks to environmental constraints, poor sales of Australia's Ford Falcon (which was to use the same platform) and Ford's own financial difficulties.  Instead, the 2014 model will use a unique platform, will be the first global Mustang and the first available in right-hand drive.

That's good news, as this Mustang will be tuned by Ford's Global Performance Vehicle division (who are responsible for the new Focus ST) and will feature a Mustang first - independent rear suspension.  This, along with 'torque vectoring' should finally put the Mustang on an even dynamic footing with its European competition.  It will also be smaller and lighter than the out-going model giving better fuel economy and lower emissions.

The inclusion of a 300hp, turbocharged four-cylinder engine will further boost economy and emissions, but we can also expect a V6 and the traditional V8, which will be a 5.4-litre unit with 500hp in range-topping tune.

The Mustang's new global status means the styling will be tweaked to appeal more to a global market with less emphasis on the retro looks of the current model.  The quality of the interior is also set to come more in line with European competition.