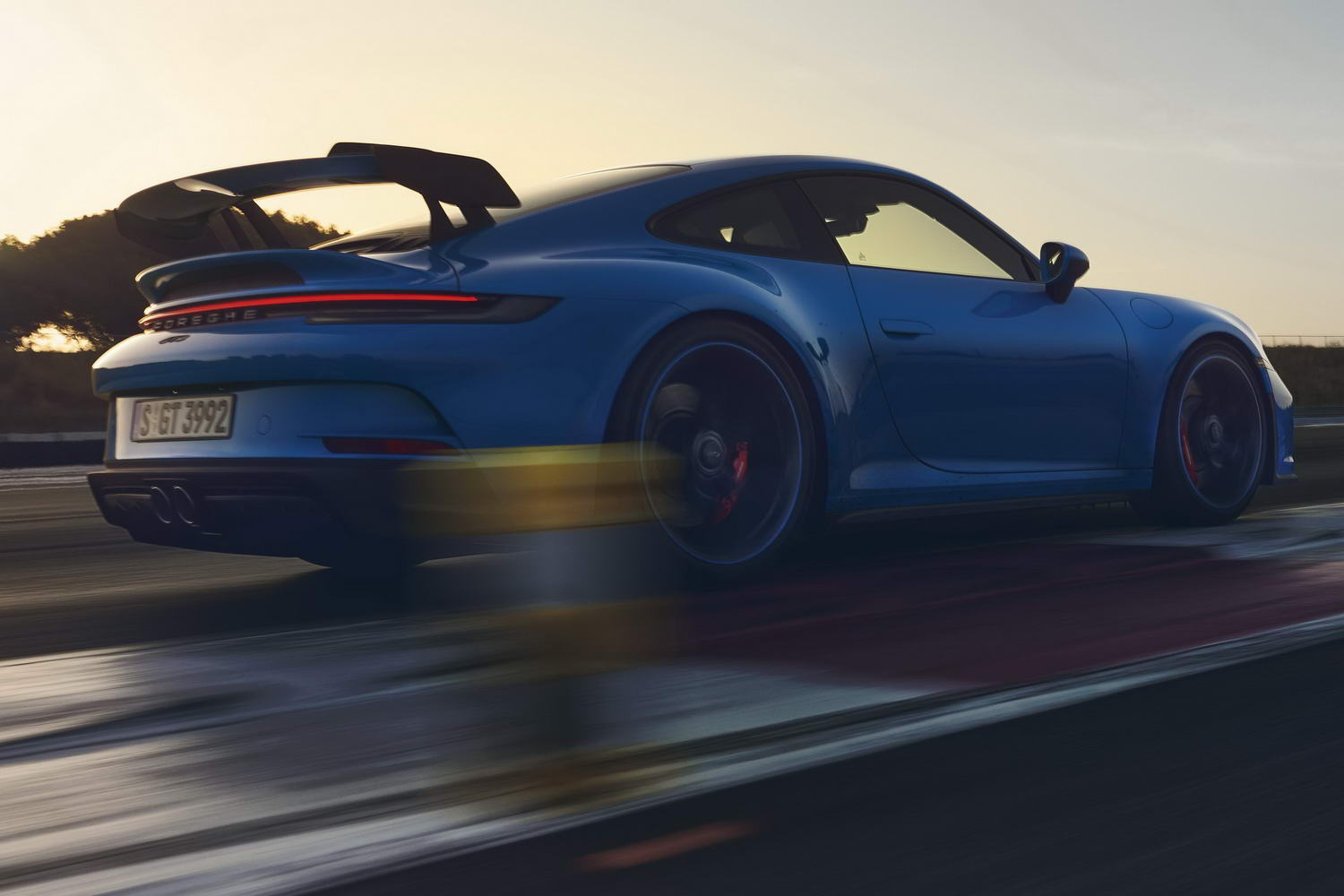 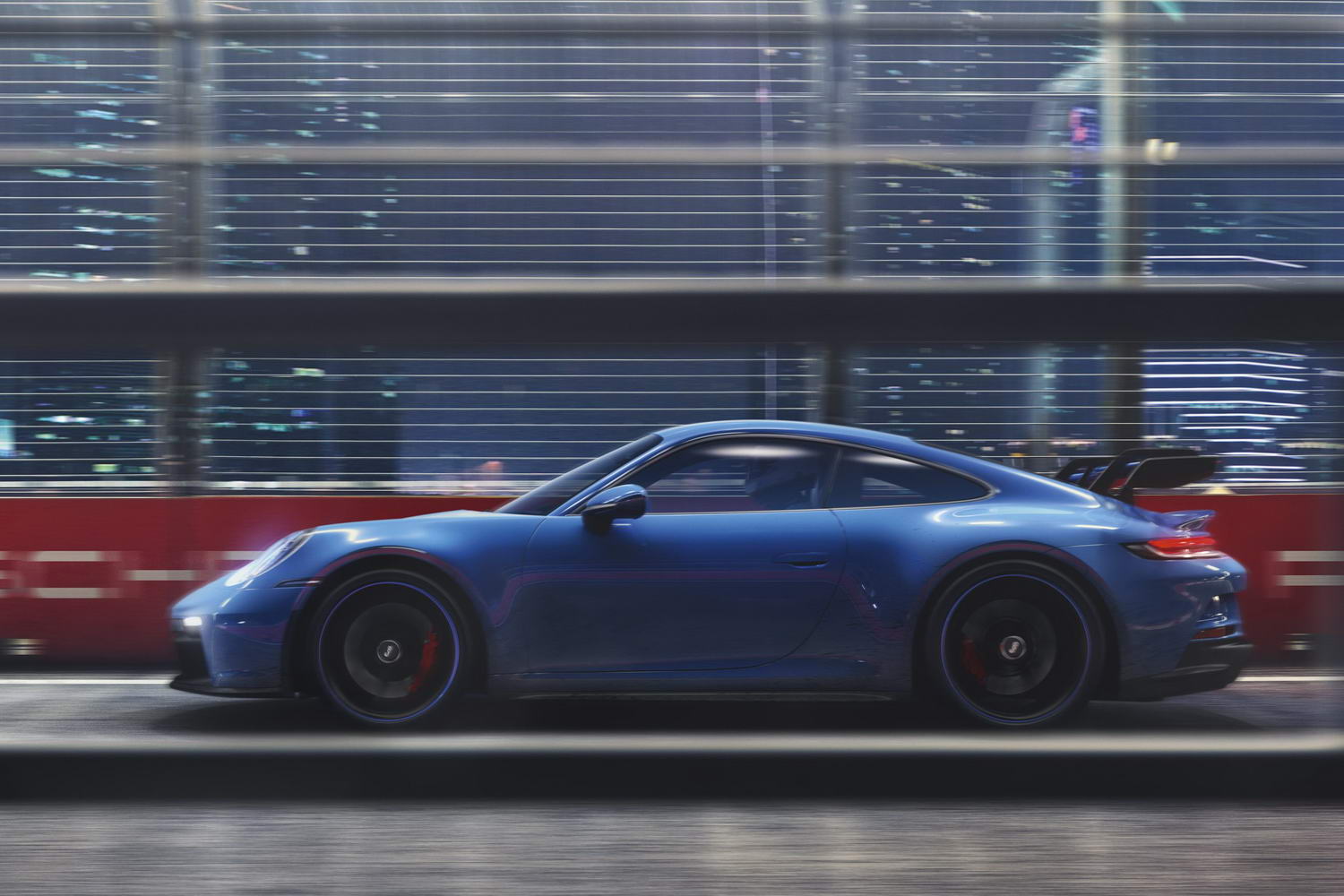 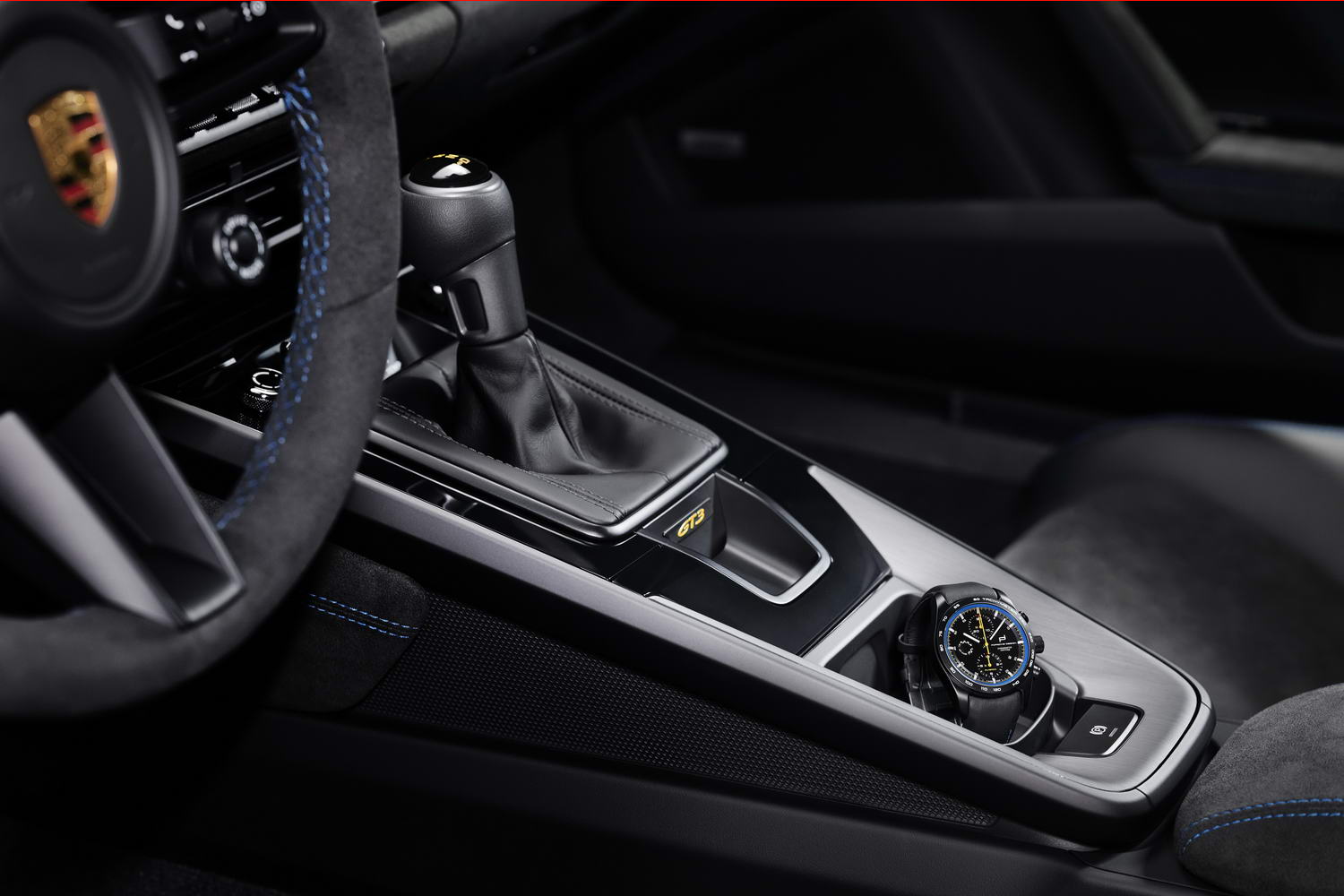 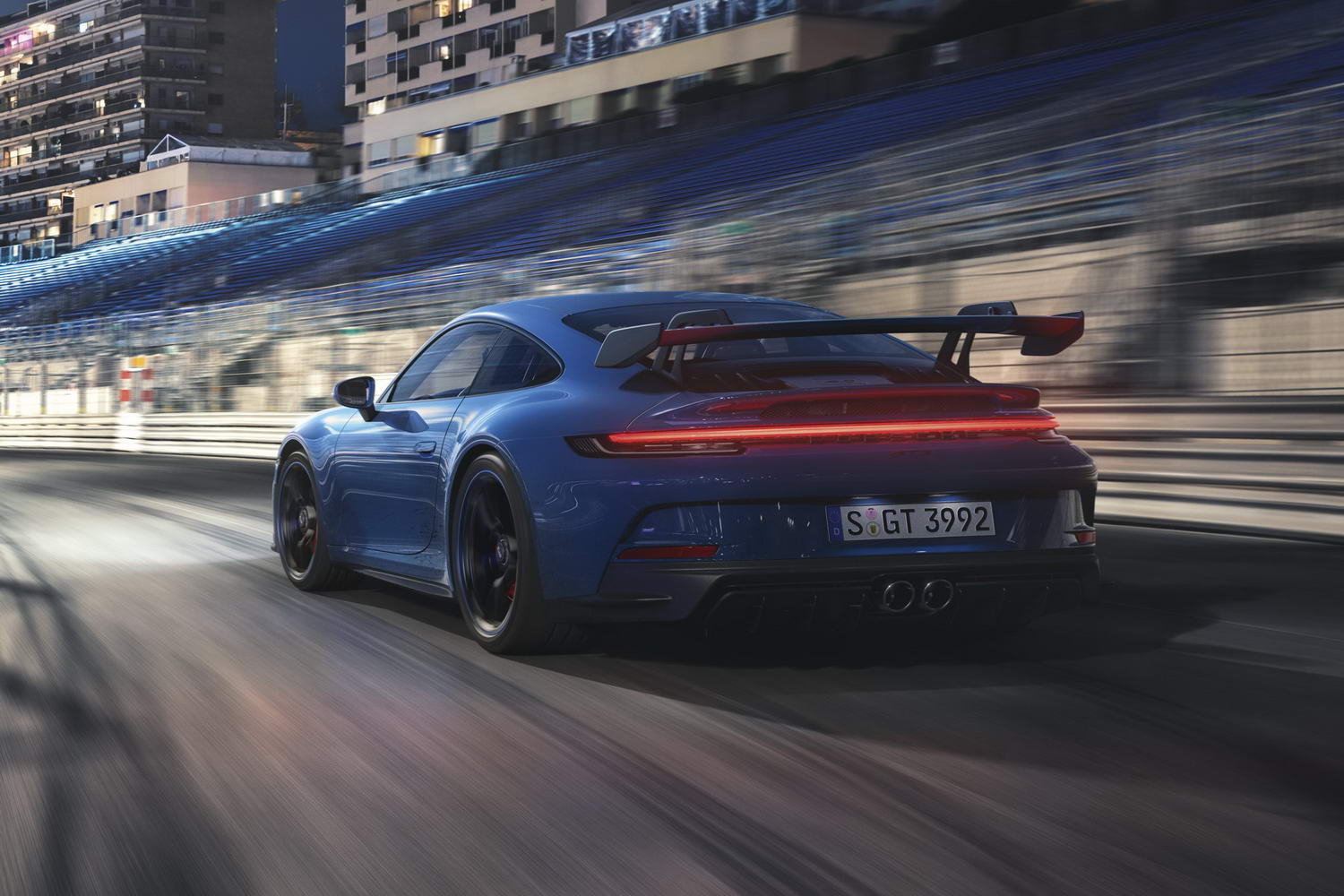 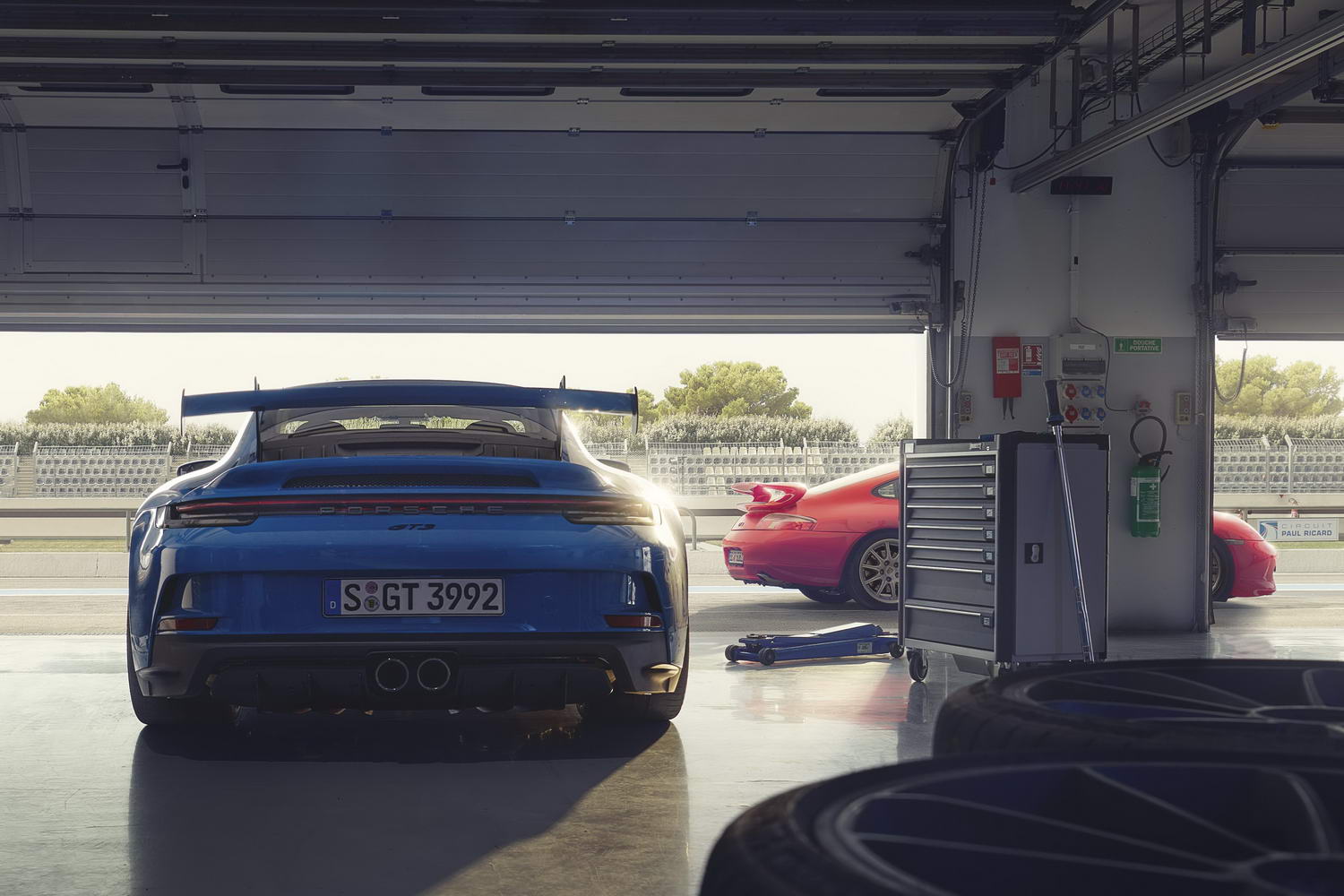 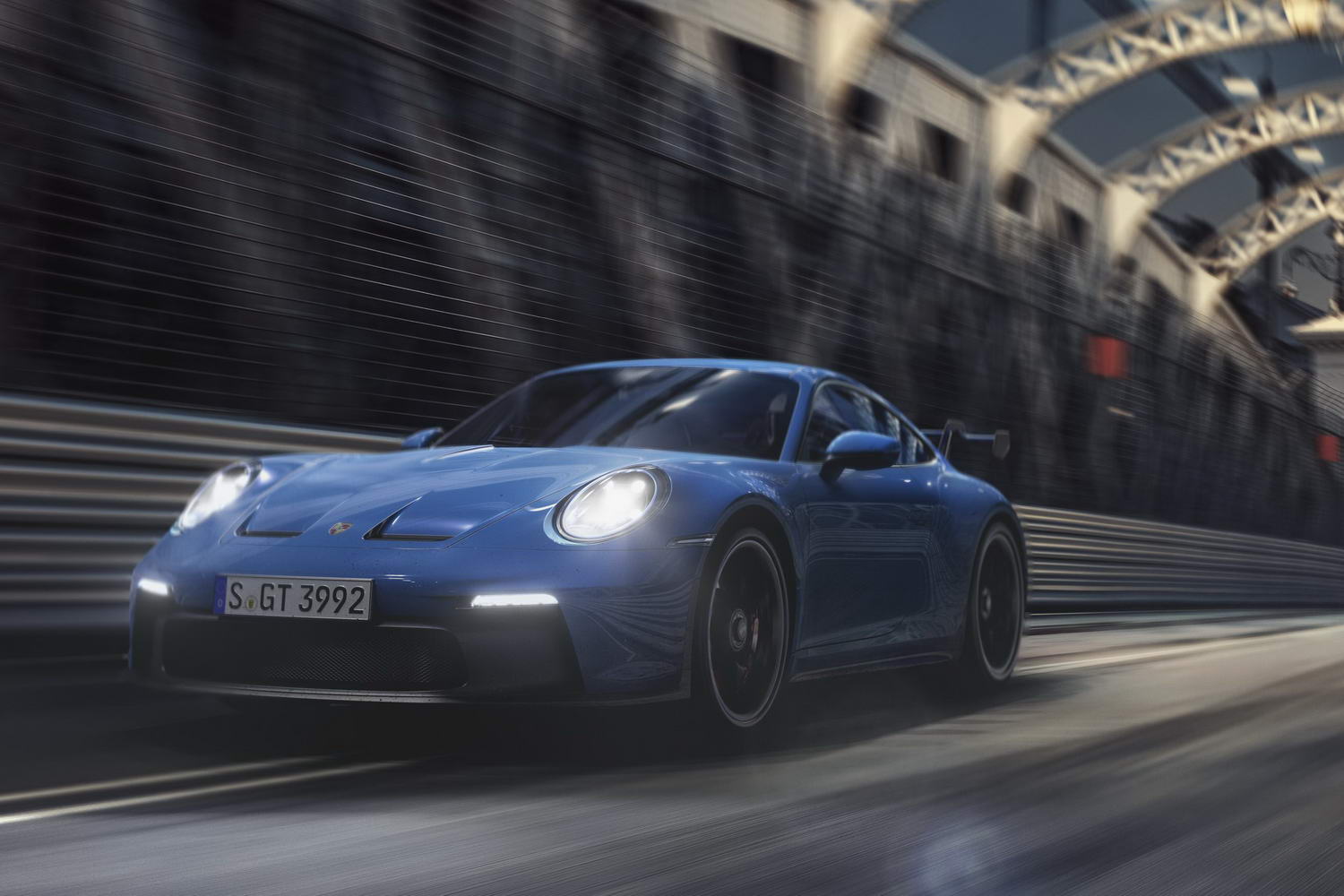 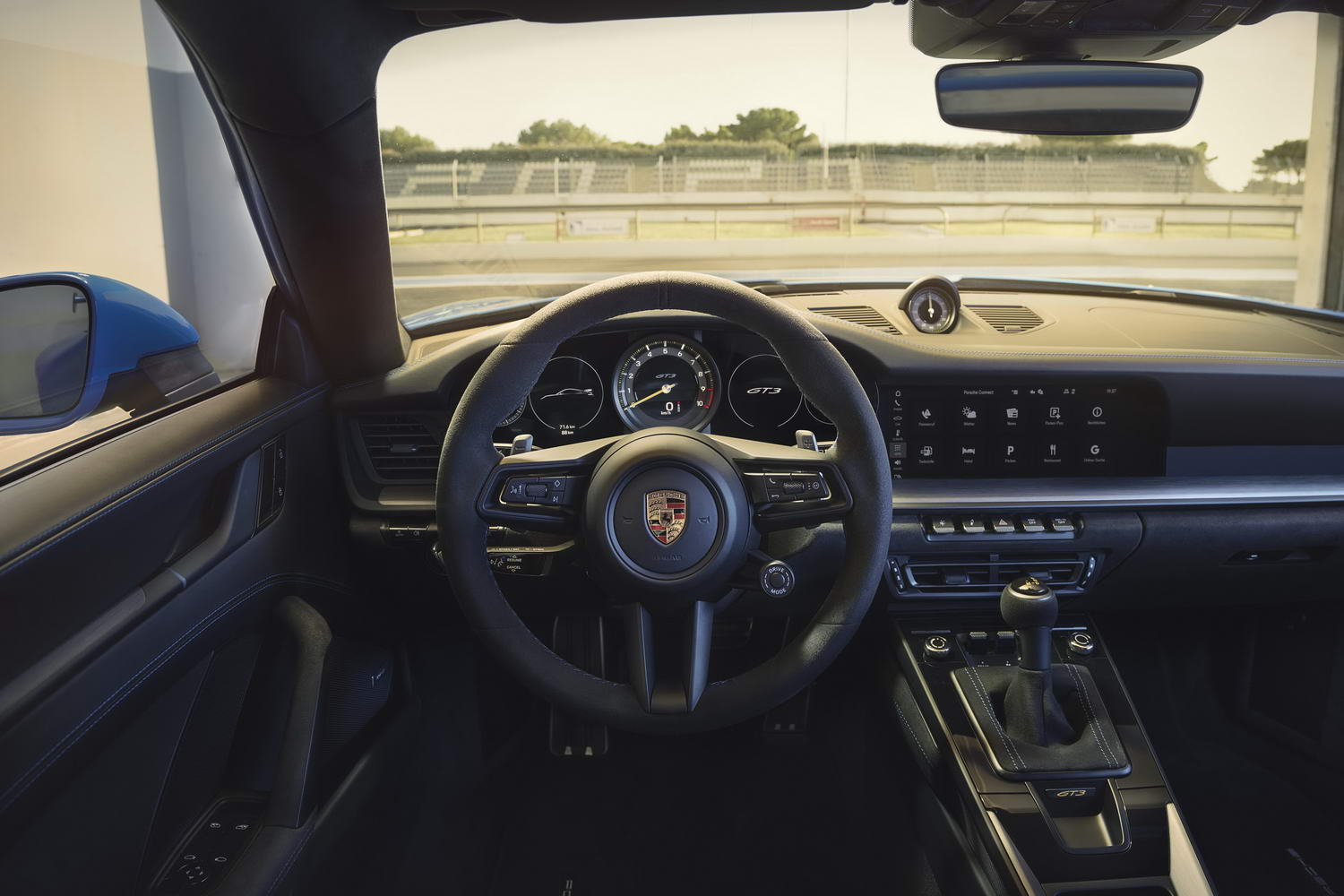 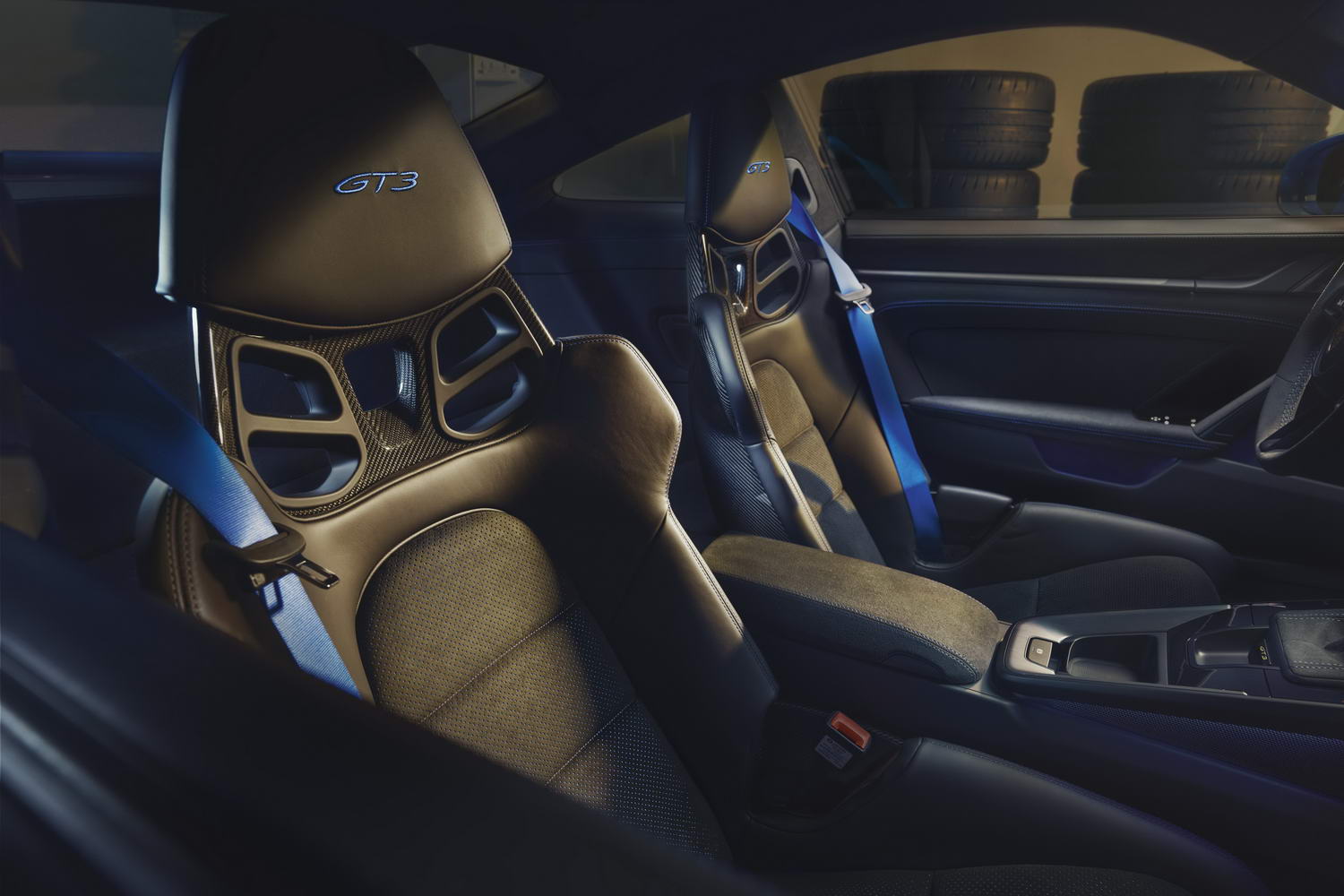 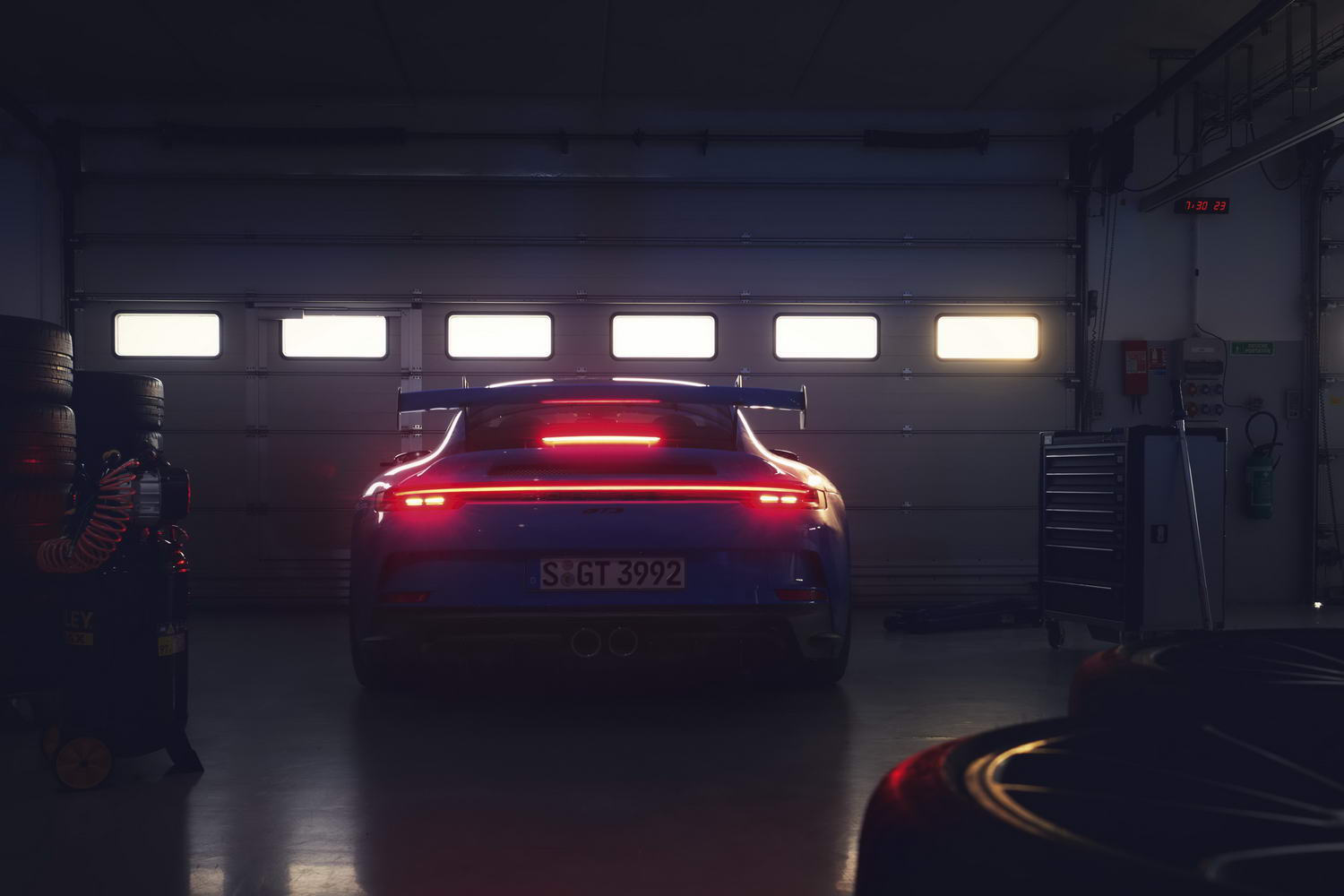 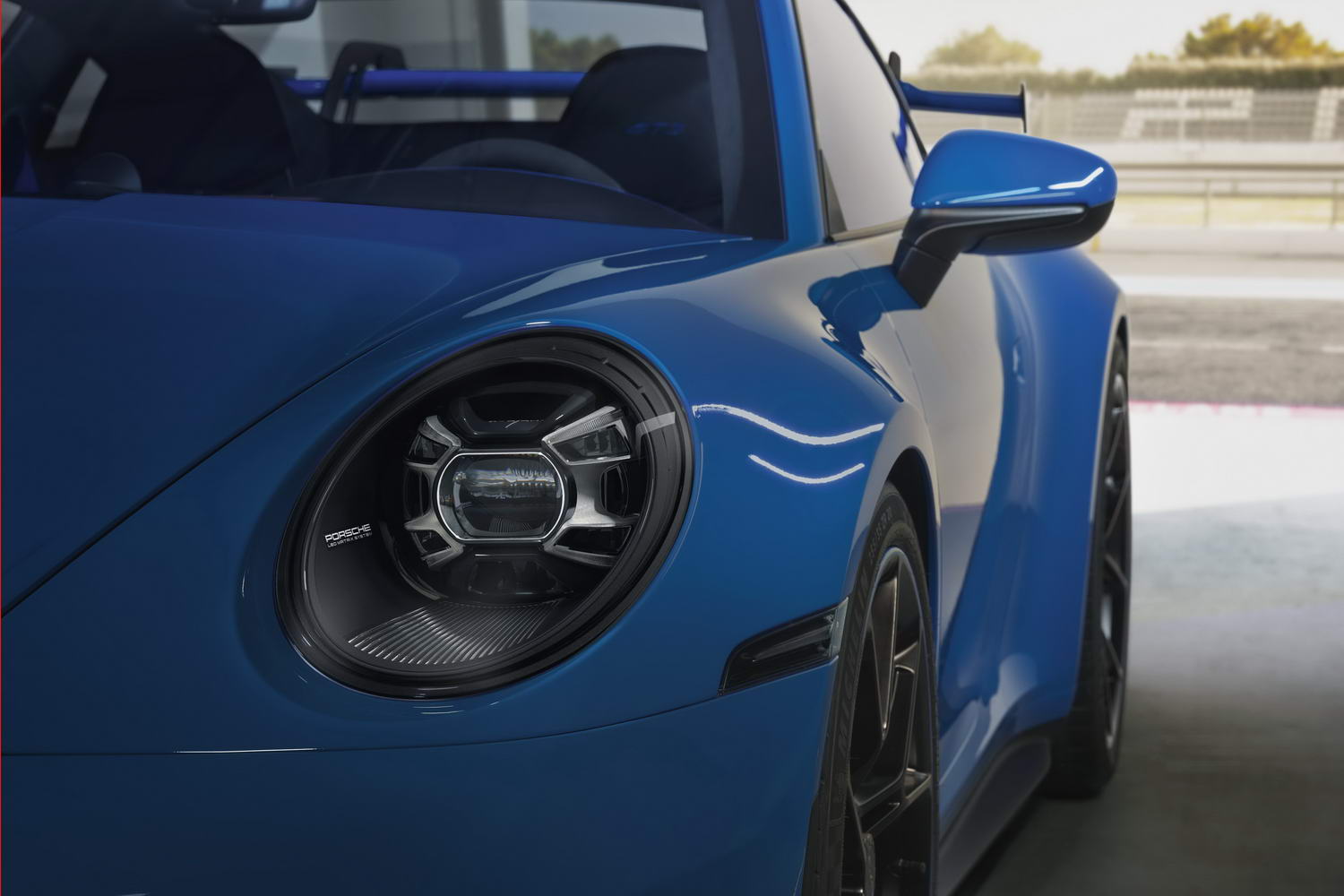 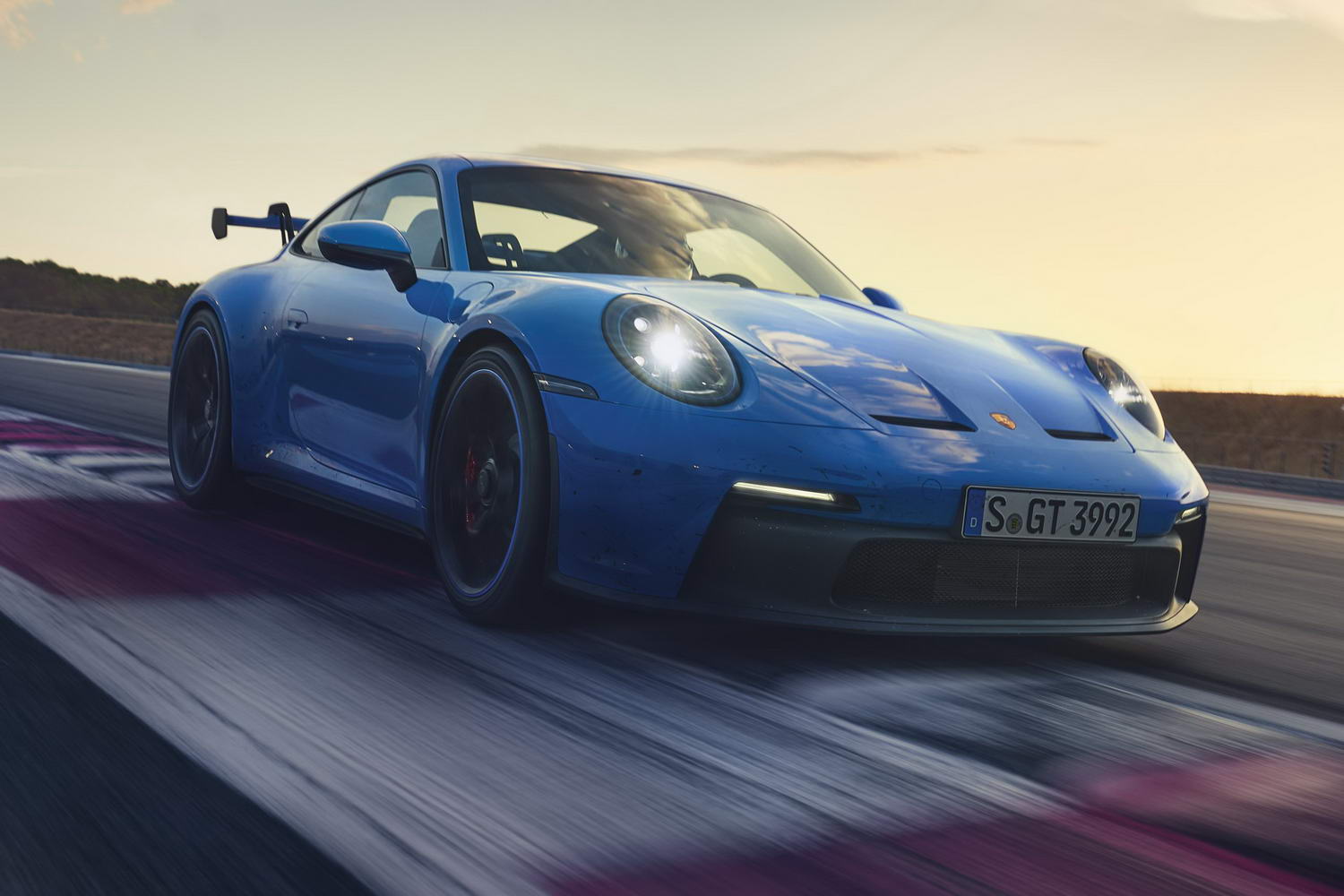 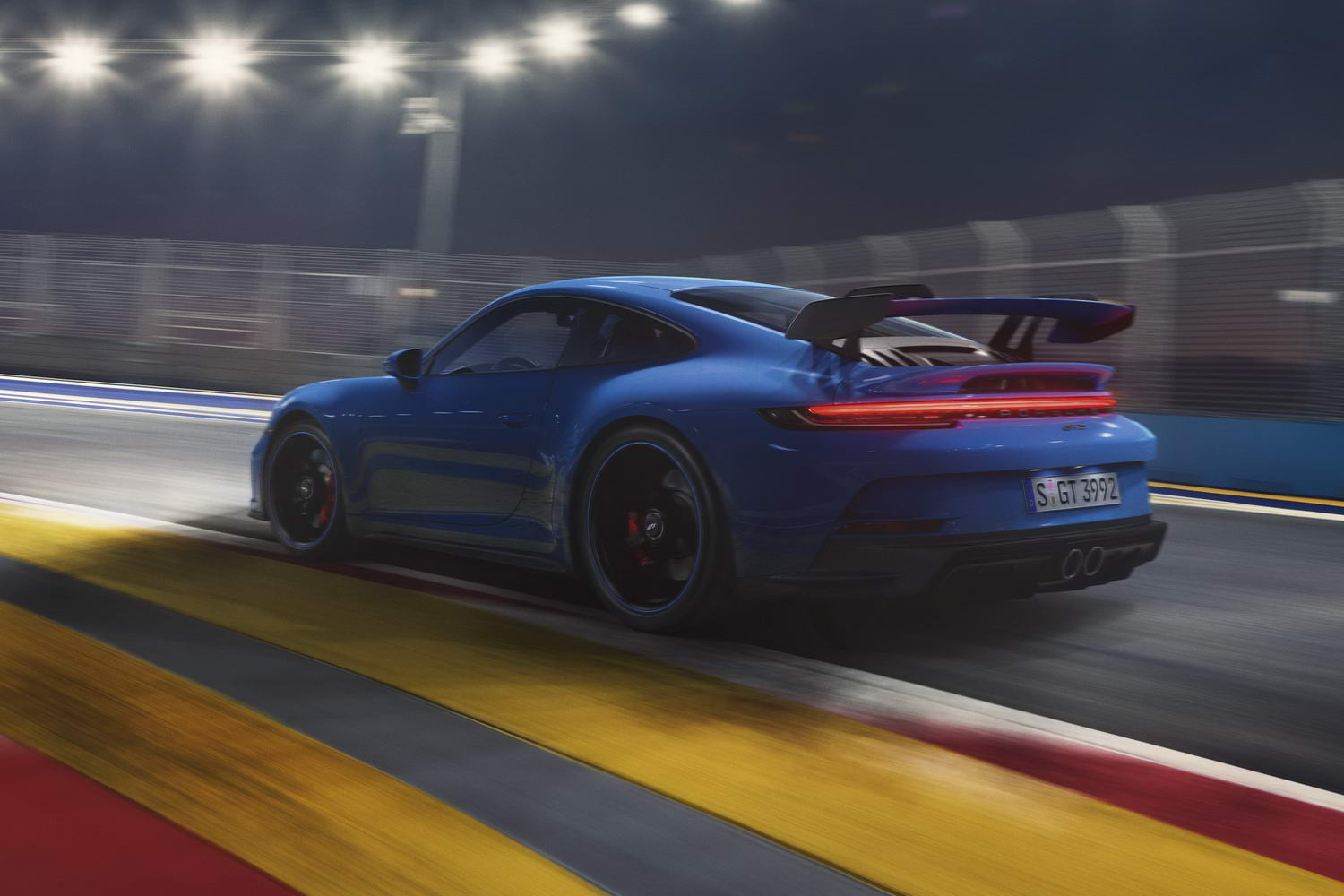 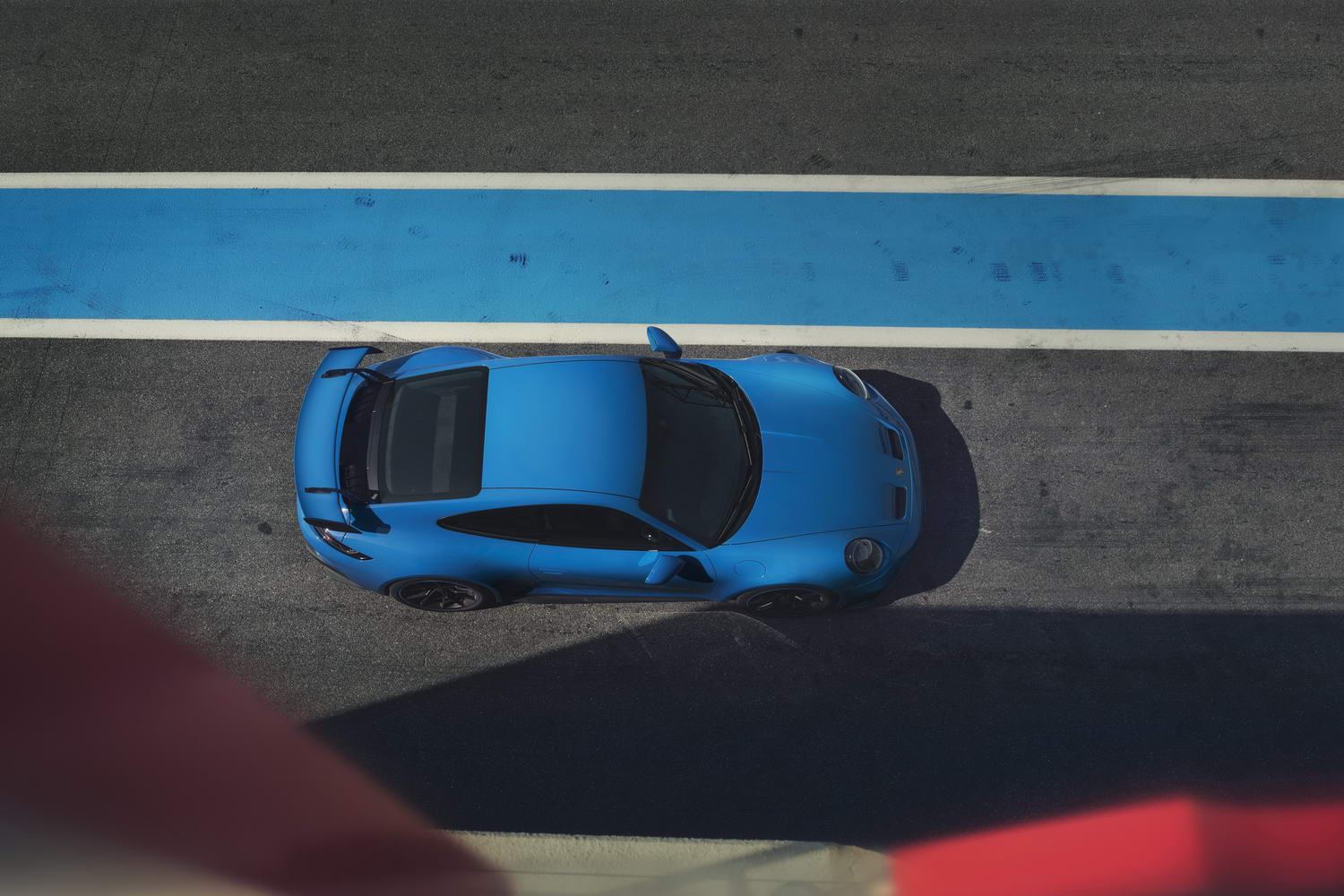 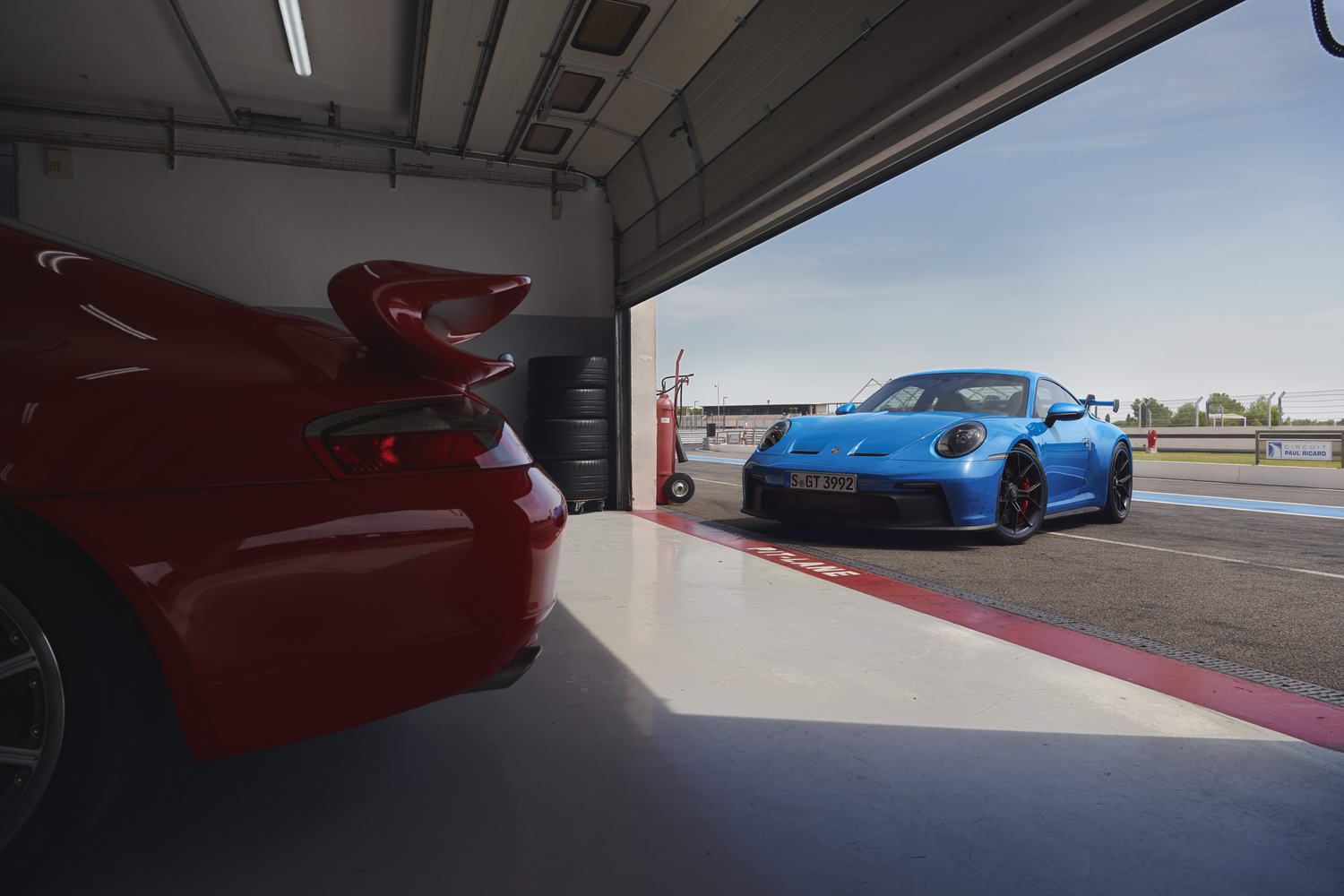 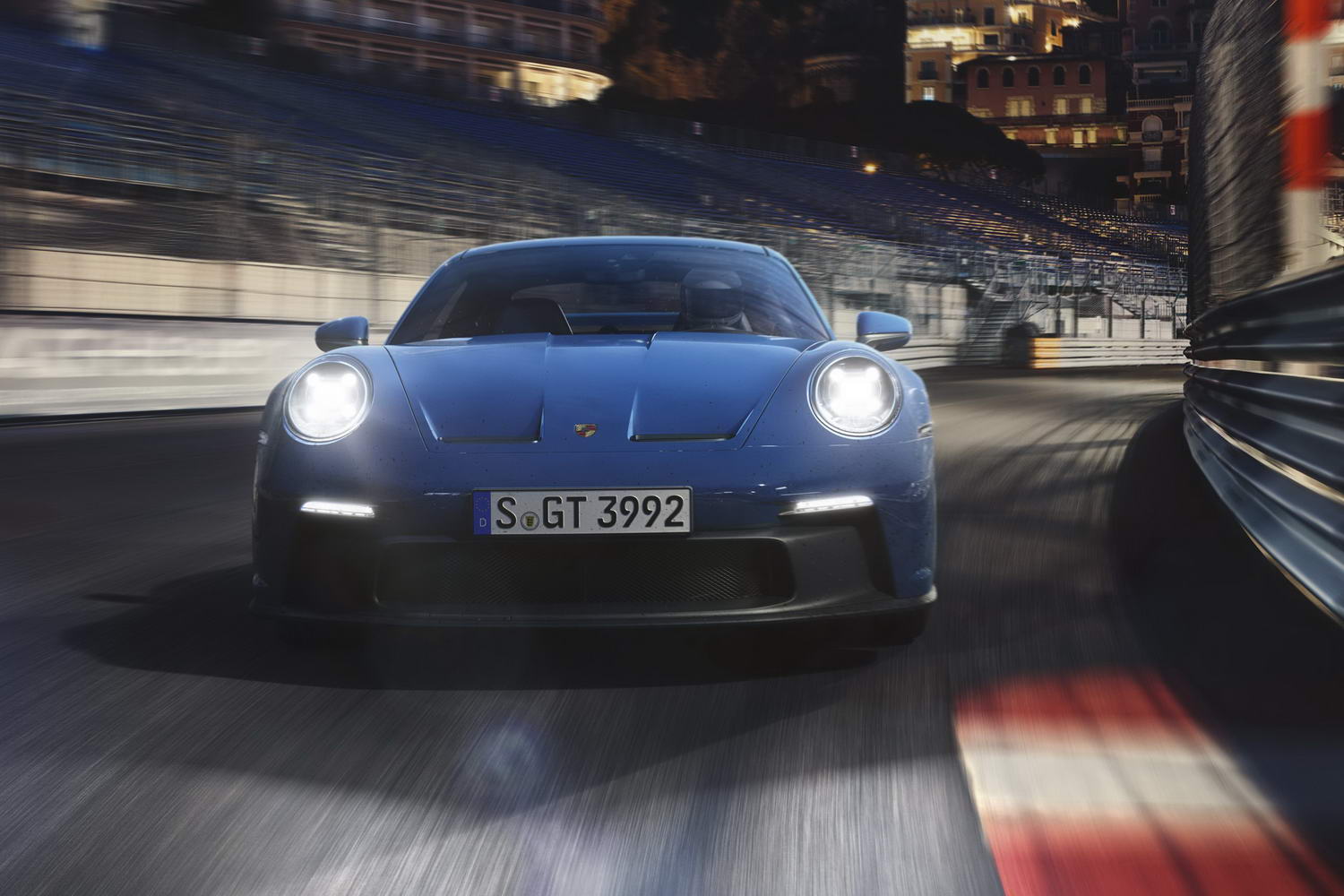 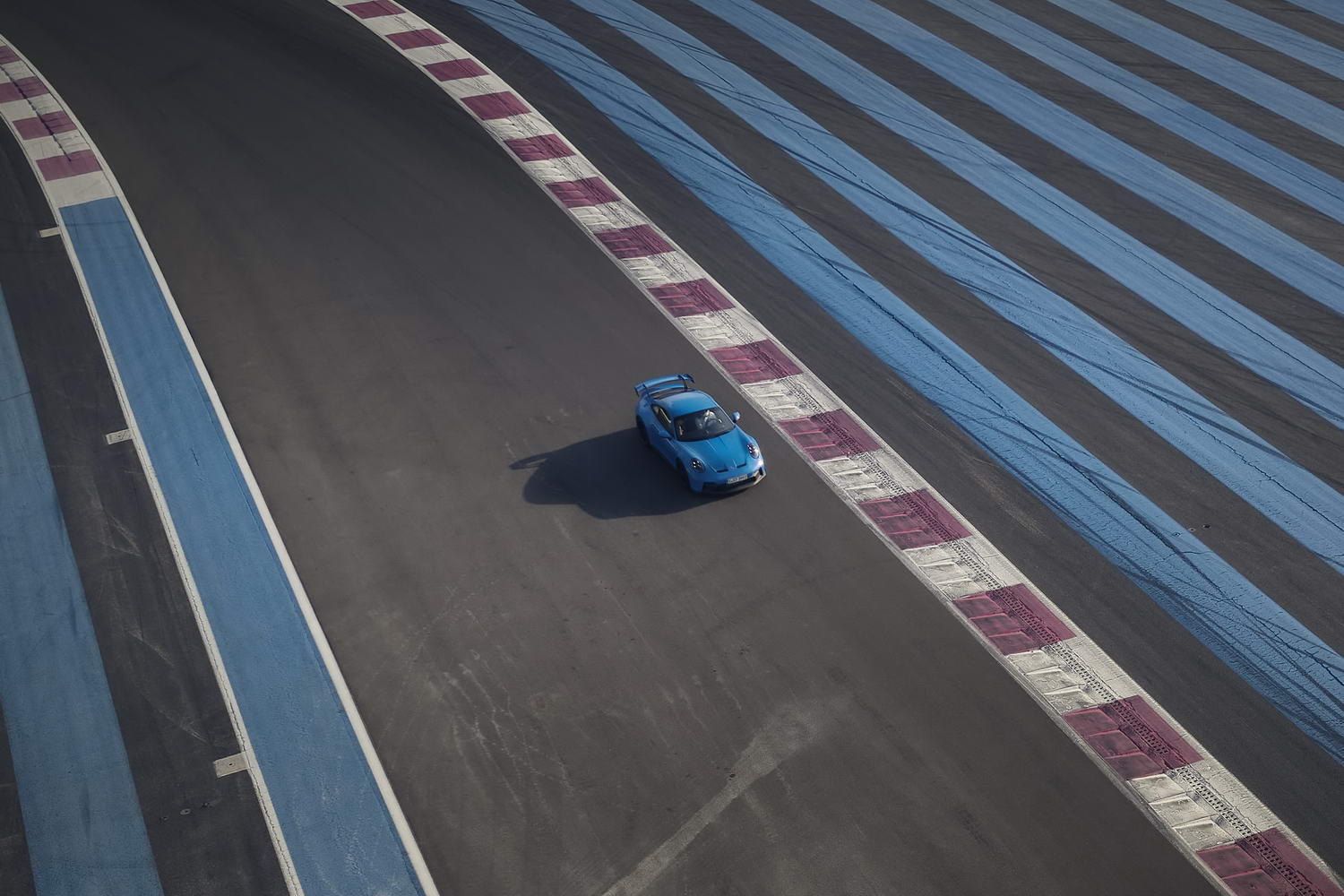 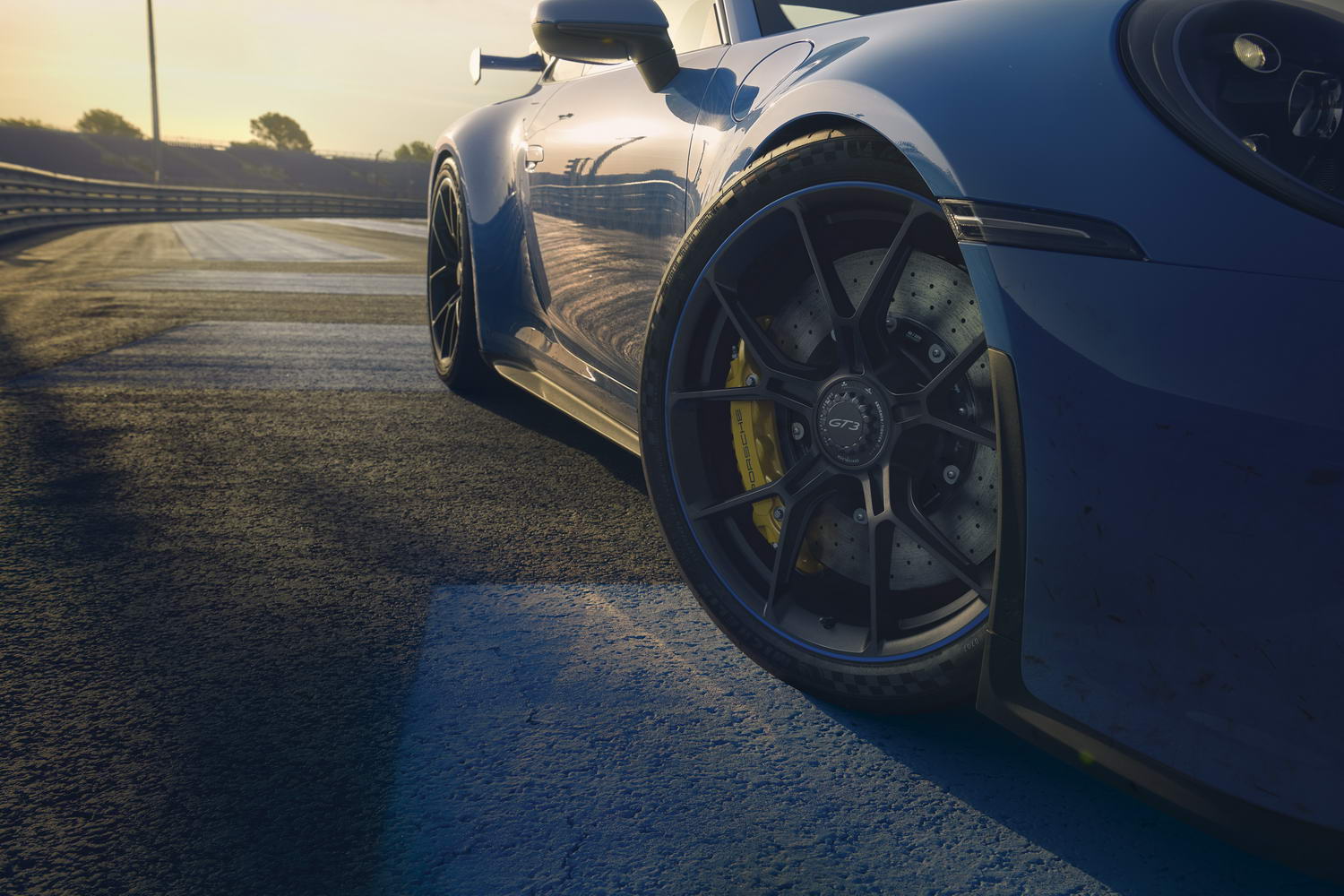 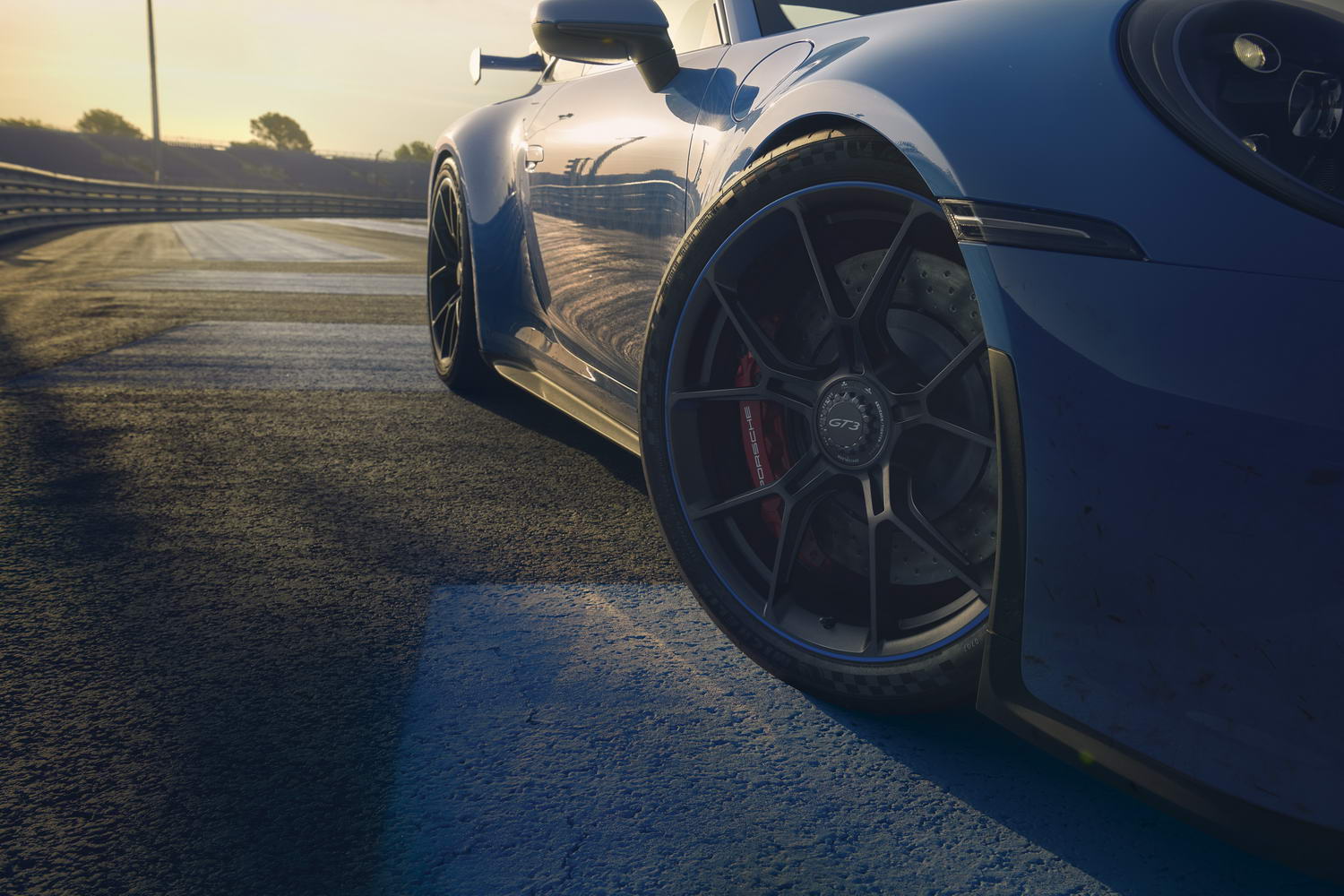 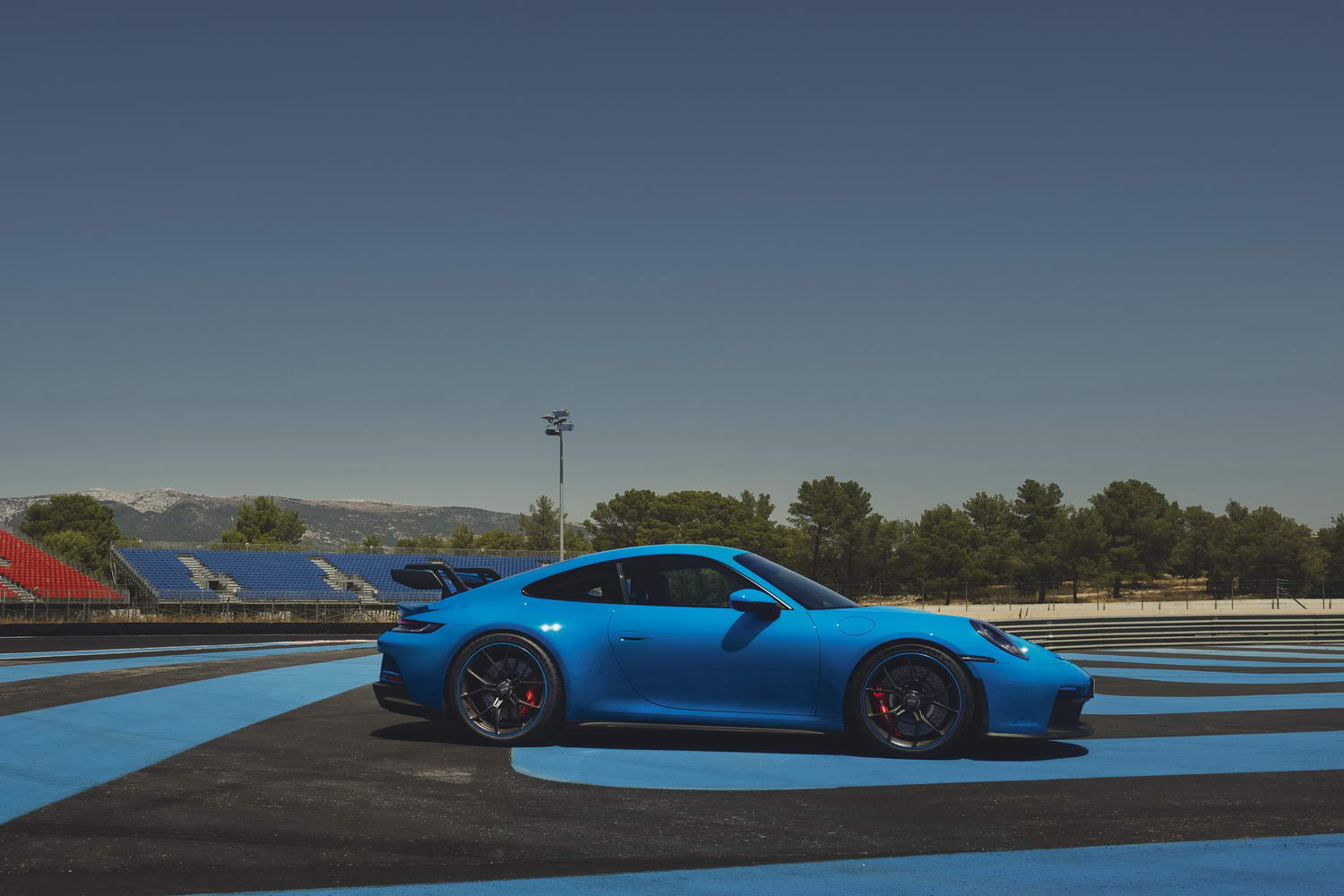 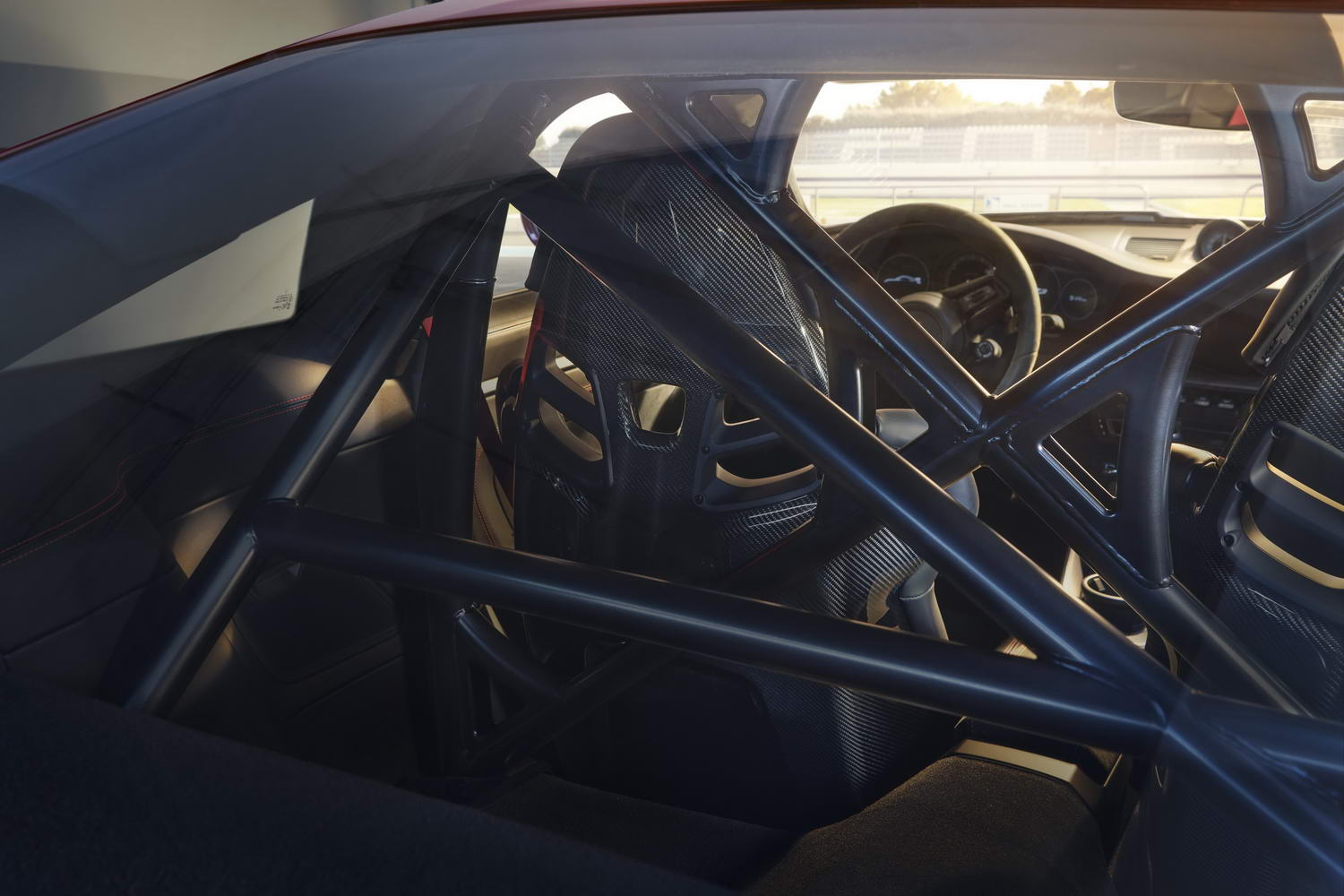 Astonishing race-car genes for the latest Porsche 911 GT3, which has 510hp.

One of the oldest cliches in the motoring writers' book is to call something with a rear wing and a bit of driving focus a 'race car for the road'. But, with the 992 GT3, it feels like that hackneyed old adage has never been more apt. You see, the GT3's free-revving, naturally aspirated (yay!) 4.0-litre flat-six engine is shared, 'practically unchanged' in Porsche's own words, with the 911 GT3 Cup competition car. And is based on the drivetrain found in the 911 GT3 R, another motorsport icon. Seriously, it's not often - not often at all - that you can say your road car has the beating heart of a full-on racer.

Said 4.0-litre lump delivers 510hp, an increase of 10hp from the old 991.2 GT3 and matching the ultra-rare 991 Speedster, which it sends to the rear wheels - through a choice of gearboxes. Yes, the three-pedal manual is retained, with a dual-clutch PDK an option, and you can expect 0-100km/h in as little as 3.4 seconds for the 992 GT3, with the top speeds standing at 319km/h for the PDK and 320km/h for the manual. That has allowed it to do a lap of the 20.8km Nürburgring Nordschleife in 6:59.927s in the hands of development driver Lars Kern; it can do the shorter 20.6km track used as the previous benchmark in 6:55.2s, so either way it's a 'sub-seven' car. When the GT3 first appeared back in 1999 as the 3.6-litre 996 variant with 360hp, it was a 'sub-eight' vehicle at the Nürburgring and that was in the hands of the legendary Walter Röhrl. That's progress for you.

It's not just the mighty engine that the Porsche 911 GT3 takes from competition vehicles, but much of its aerodynamic and chassis make-up, too. It has double-wishbone front suspension, for instance, while that distinctive rear wing has a swan-neck arrangement for the supports. Both it and the rear diffuser originate from the 911 RSR, a GT racer for the German marque. Overall, the aerodynamics are said to offer higher levels of downforce than the old GT3, all without noticeably increasing the coefficient of drag. The downforce can be increased even further if you (manually) adjust the rear wing and diffuser elements, to provide higher cornering speeds on track.

The bodywork beneath all this aero is wider than the old 991 GT3's shell, while the 992 also runs on larger, forged alloys than its predecessor and it has 'additional technical features' too. Yet, despite these facts, the weight of the 992 matches the 991.2's: as a manual, the new car tips the scales at just 1,418kg, while the PDK is not far behind at 1,435kg. This trim figure is achieved by the deployment of carbon fibre-reinforced plastic (CFRP) for the front bonnet of the 992 GT3, as well as thinner glass in the windows, 'optimised' brake discs and those aforementioned wheels being forged. Even the cover for the rear-seat compartment (yep, the GT3 is a two-seater, not a 2+2) is designed down to the merest gram, while a full sports exhaust system with infinitely electrically adjustable flaps shaves another 10kg from the Porsche's mass.

Despite the exhaust, the GT3 nevertheless manages to conform to the Euro 6d-TEMP-EVAP-ISC emissions standard, although 283-304g/km of CO2 and fuel economy of between 21.7-21.9mpg (13.1-12.9 litres/100km) is fooling nobody in terms of the environmental gains. Oh, and going back to the GT3's core strengths, dedicated track-day aficionados can opt to have Michelin Pilot Sport Cup 2 R tyres wrapped around the 911's forged rims, if so desired.

Inside, the motorsport influences continue to shine forth. The cockpit takes its design themes from the regular 992 range, but there's a new feature called the Track Screen. In this setting, at the touch of a button, then the 911 GT3's two digital displays that sit either side of the central rev counter (which reads to 10,000rpm) switch to showing information such as tyre pressures, oil pressure, oil temperature, fuel levels and water temperature, all of which Porsche says are essential when driving fast on circuit. There's also a visual gearshift assistant, with coloured bars to the left and right of the rev counter, and a shift light that comes, once again, straight from the racetrack. Seriously, this is 'just' the GT3, and it rather begs the question of what the hardcore RS derivative will be like.

For this generation of GT3, Porsche is responding to customer demand by offering more individualisation options from the Exclusive Manufaktur range. These include a lightweight roof made of exposed carbon fibre, door mirror tops also rendered in carbon, darkened LED Matrix main headlights and matching Exclusive Design rear lights that reduce the red on display when they're not illuminated. Any model with black alloy wheels can have a pinstripe around the rim of the alloys in either Guards Red or Shark Blue. Inside, the rev counter, the Sport Chrono dash-top stopwatch, the seatbelts and the trim strips can all be finished in the same colour as the body, or in another shade of the owner's choice. There's even a matching watch, or 'individual chronograph', that Porsche Design will offer exclusively to purchasers of the 992 GT3.