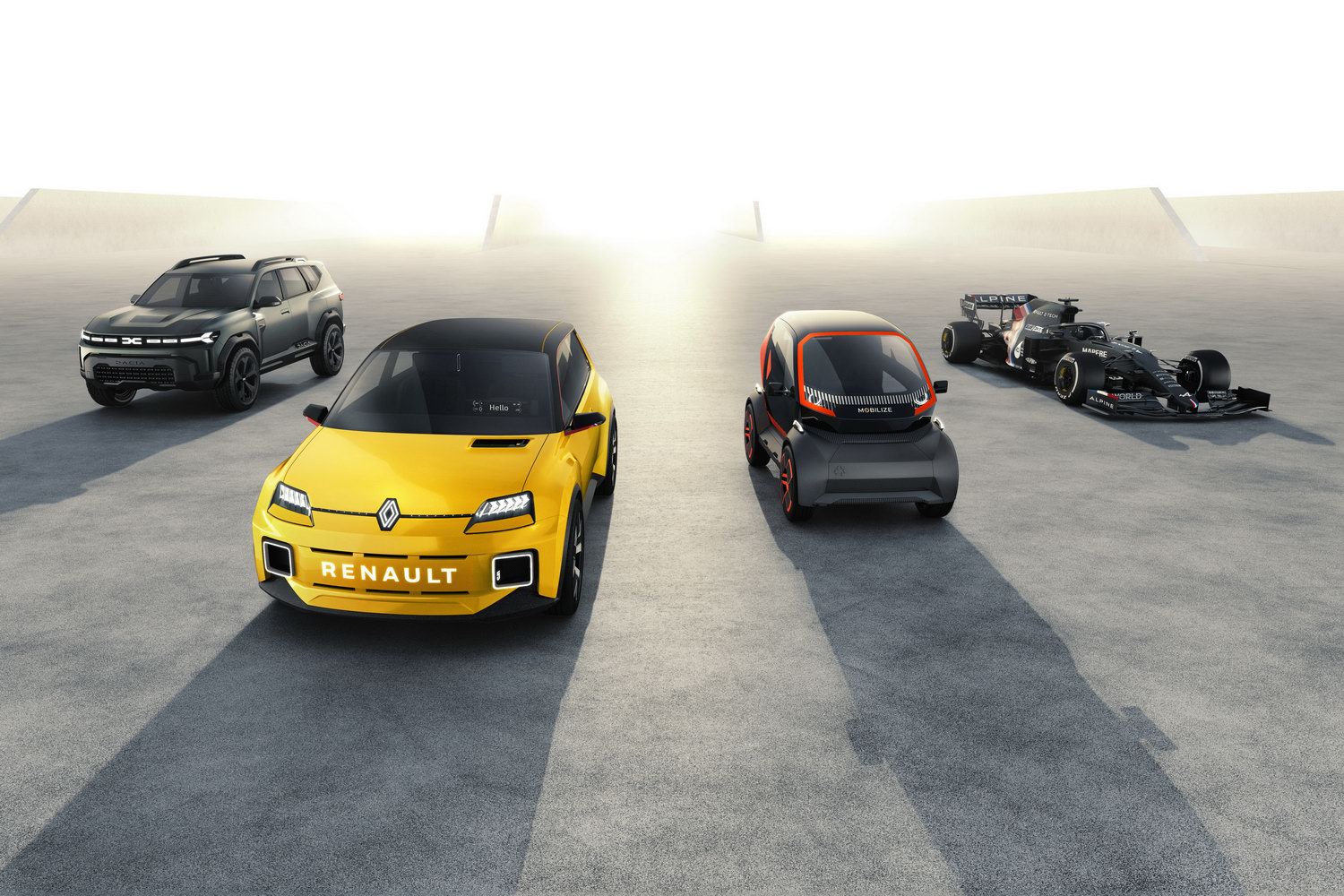 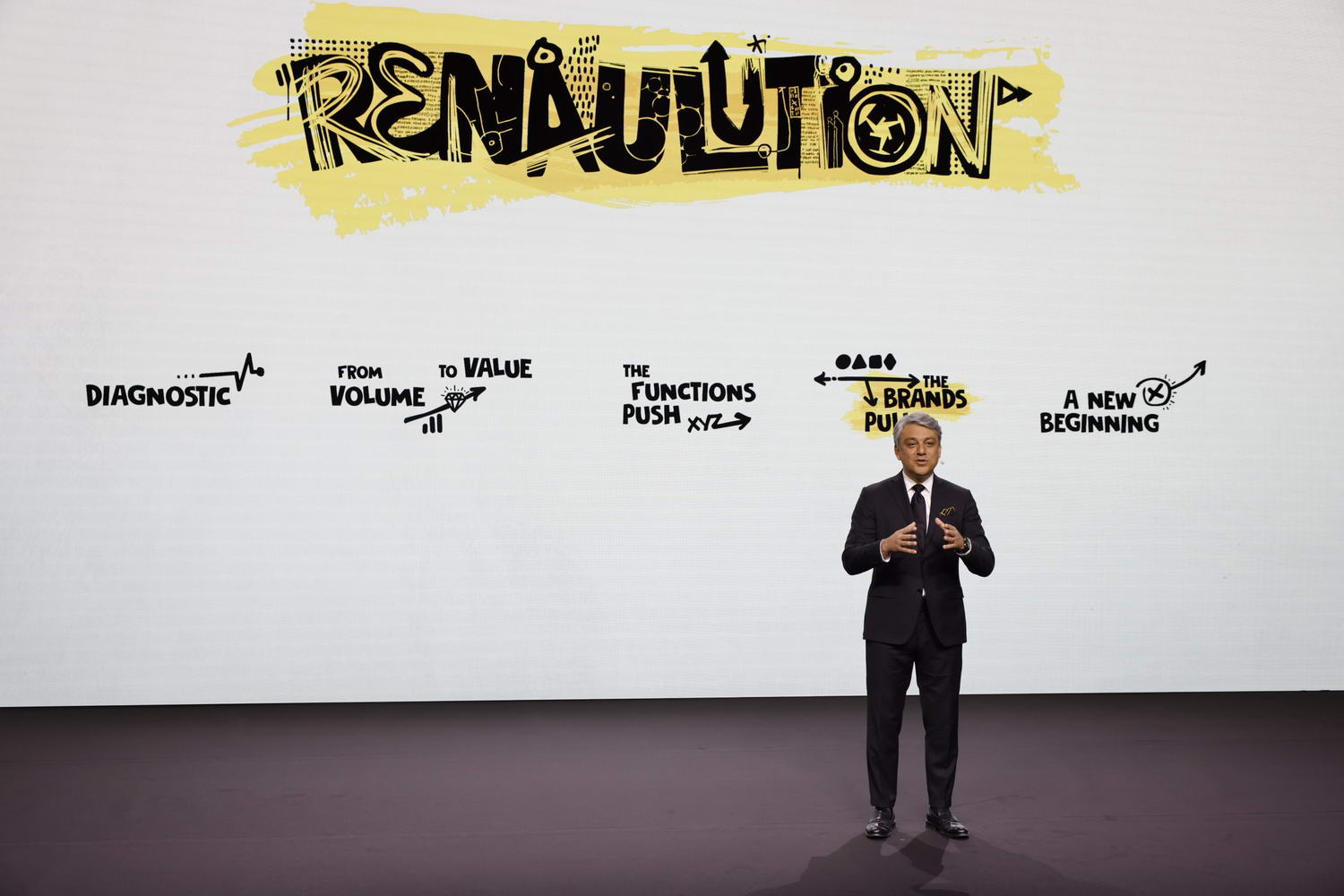 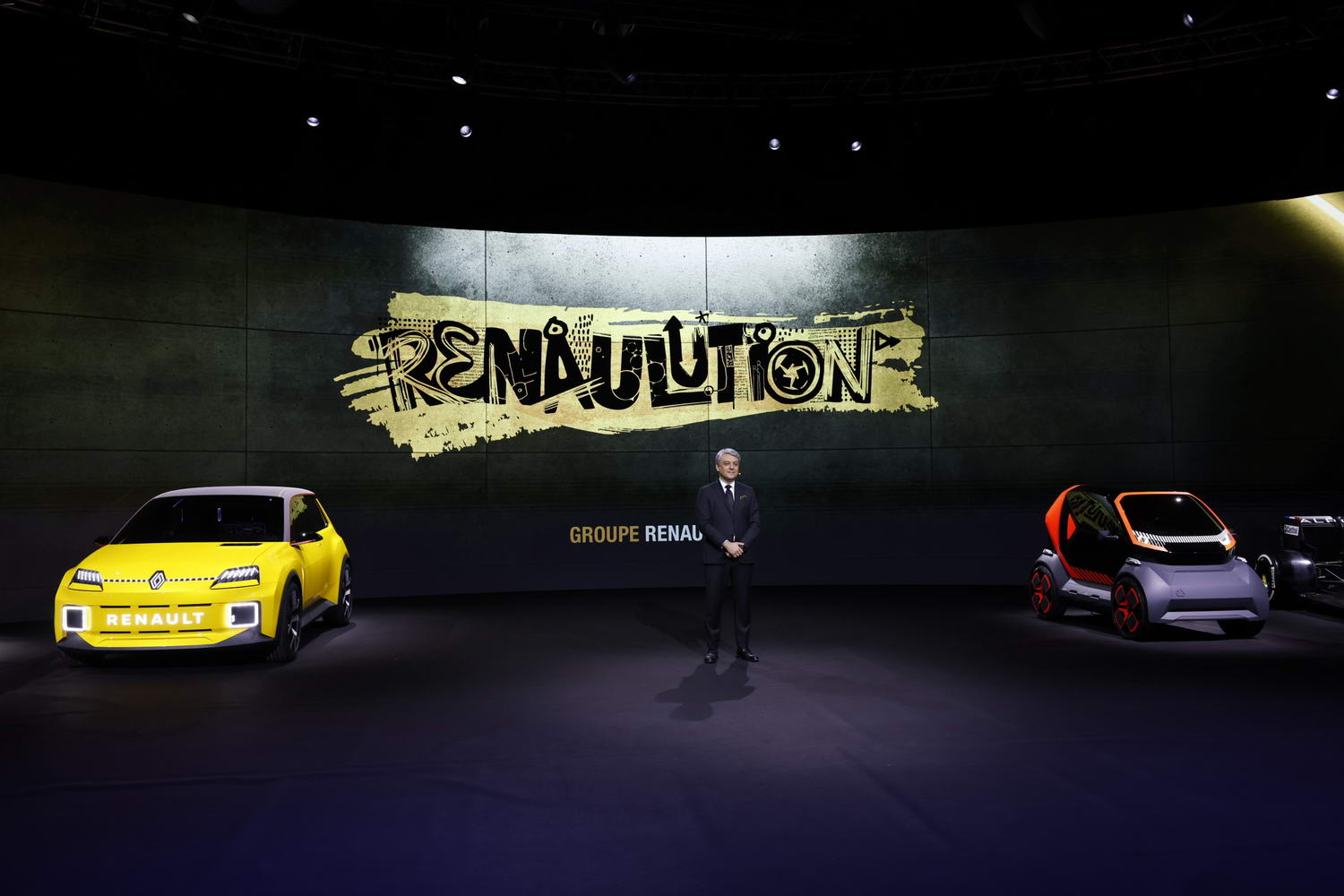 Renault's CEO, Luca De Meo, has revealed what is punningly called the 'Renaulution' - a multi-year plan designed to both wipe away last year's colossal €7-billion loss, and also turn the Renault and Dacia brands to new, electrified, futures.

The plan, as laid out by De Meo, will happen in three stages. The initial phase, called Resurrection, runs from now until 2023 and basically involves Renault shoring up its shattered finances. In concert with that, up till 2025, there will be a Renovation phase, which will focus on new models, especially those powered by batteries. Finally, from 2025 onwards, there will be a Revolution phase, which will, in De Meo's words, "pivot the business model to tech, energy and mobility."

By 2025, 14 new models will be launched, and seven of those will be fully electric. Renault will drop diesel power from its passenger car lineup, and replace it with hybrid or plug-in hybrid models. A diesel engine will still be developed, but it will only be used in commercial vehicles. Renault also wants to push forward into hydrogen fuel cell development for its larger vans and heavy trucks. Most of the new models will be in the 'C-Segment' as it looks as if Renault has abandoned, again, the idea of making larger, more luxurious models. Indeed, De Meo has said that the brand will move away from the philosophy of maximising volume, and instead focus on making the best possible profit from each model.

The move towards 'tech, energy and mobility' will see Renault set up new divisions within the company, and assisted by suppliers; including a 'Software République' focused on software development and 'big data' analysis; a new hydrogen fuel cell development for commercial vehicles; and another focusing on offering the best in-car infotainment experiences.

Physical cars still have a part to play, thankfully, and we will start to see some exciting new models coming from Renault soon, including a low-slung SUV replacement for the current Megane, and the just-announced electric revival of the classic Renault 5 (see separate news story).

The sporty Alpine brand will, thankfully, also be part of the mix and will eventually become an all-electric brand, spearheading some of Renault's electric development in the manner that Volvo has done with its spin-off Polestar brand. The current A110 sports car, with its petrol engine, will be allowed to continue for a while, but will eventually be joined by an inevitable SUV and possibly other models based on the new electric CMF-EV chassis.

To help with developing lightweight electric cars, Alpine will join forces with fellow (and rival) sports car brand Lotus, to explore: "the joint engineering, design and development of an EV sportscar by leveraging the resources, expertise and facilities of the respective entities in both France and the UK."

"At Renault, we embrace the waves of disruption and create our own 'Nouvelle Vague'. It's about bringing modernity to the automotive industry. We'll move to an energy brand, strengthening our EV leadership with the Electro Pole project and investing in Hydrogen, aiming at achieving the greenest mix in Europe by 2025. We'll also be a tech brand, through in-house innovation and through the Software République, an open ecosystem dedicated to develop a European expertise in key fields such as data or cybersecurity. This will give us a competitive edge as a service brand, with high-tech connected services, onboard and offboard. And this vision of modernity, we anchor it in France. Because as a brand, we know our soul and our strength lie in our origins. The new R5 is the Nouvelle Vague: it's strongly connected to its history, and yet it's the future, making electric cars popular" said Luca de Meo, CEO of Groupe Renault.