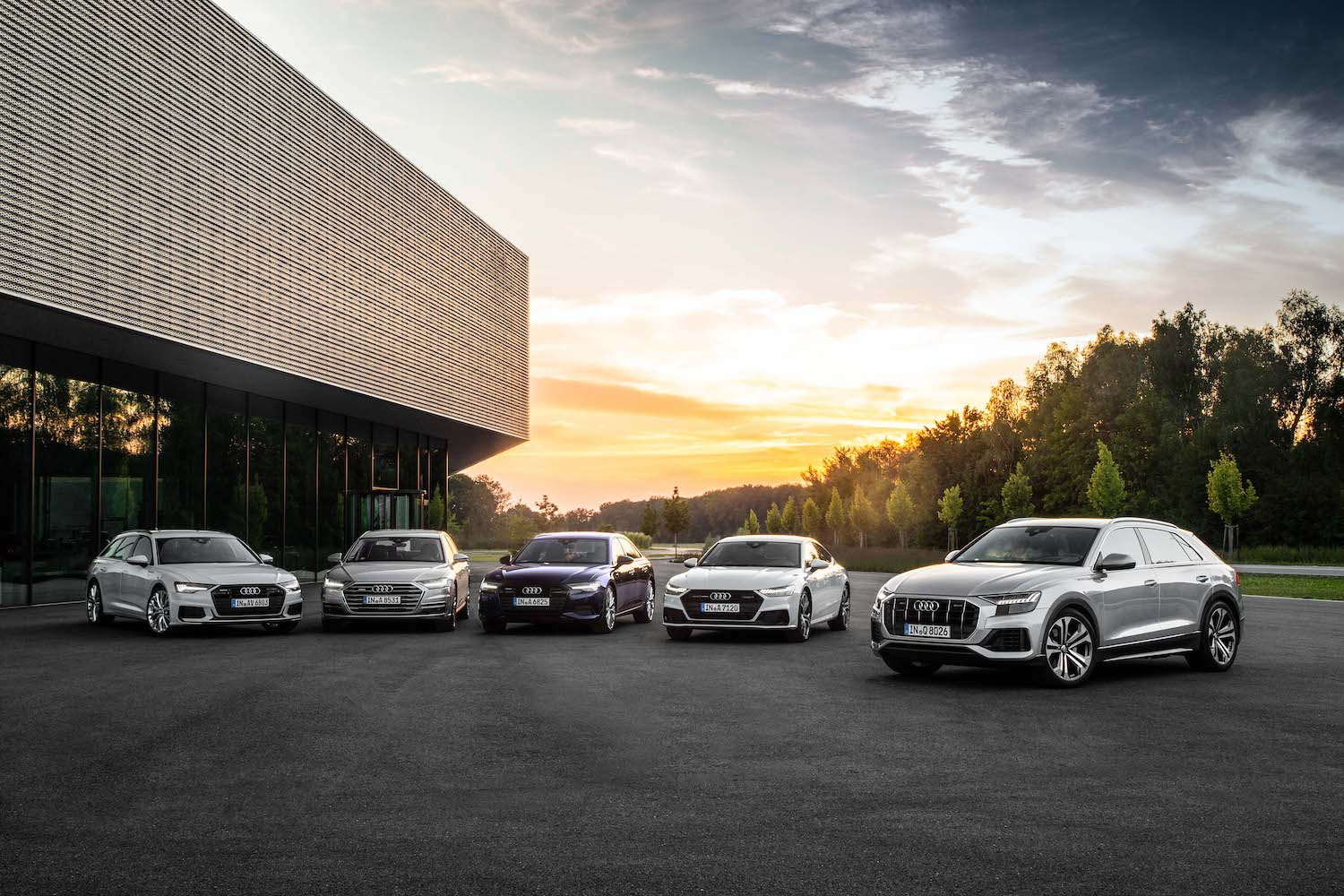 Audi is getting ready for 2021, and (hopefully) the re-opening of car dealerships on the 2nd of December with its 'Milestone' sales event.

That event will include the unveiling of the company's full 2021 model line-up, as well as some special finance packages with a 2.9 per cent interest rate. According to Audi, that line-up now includes: "Incredible choice now available to customers, covering all of life's milestones, with an engine for every individual from combustion to hybrids and fully electric."

The recently-launched A3 is now available in both hatch and saloon forms, and the range will be bolstered in January with the arrival of the new TFSI-e plug-in hybrid version. That gets a fully-charged electric range of 65km (on the WLTP cycle) and costs from €42,200. At the other end of the scale (emissions-wise), there's the new 3110hp S3 hot hatch (and saloon) which sprints to 100km/h in 4.8 seconds. That'll go on sale in Ireland in the Spring.

The all-electric e-Tron quattro lineup has been expanded with S-badged models, developing up to 500hp and sprinting to 100km/h in just 4.5 seconds. The e-Tron S is available in both regular and the fastback-shaped e-Tron Sportback bodystyles.

Finally, the glowering Q8 SUV gets a TFSI-e plug-in hybrid model, with a combo of a 3.0-litre V6 petrol engine developing 462hp in combination with its electric motors, plus a 47km WLTP one-charge electric range and a 5.4-second 0-100km/h time.