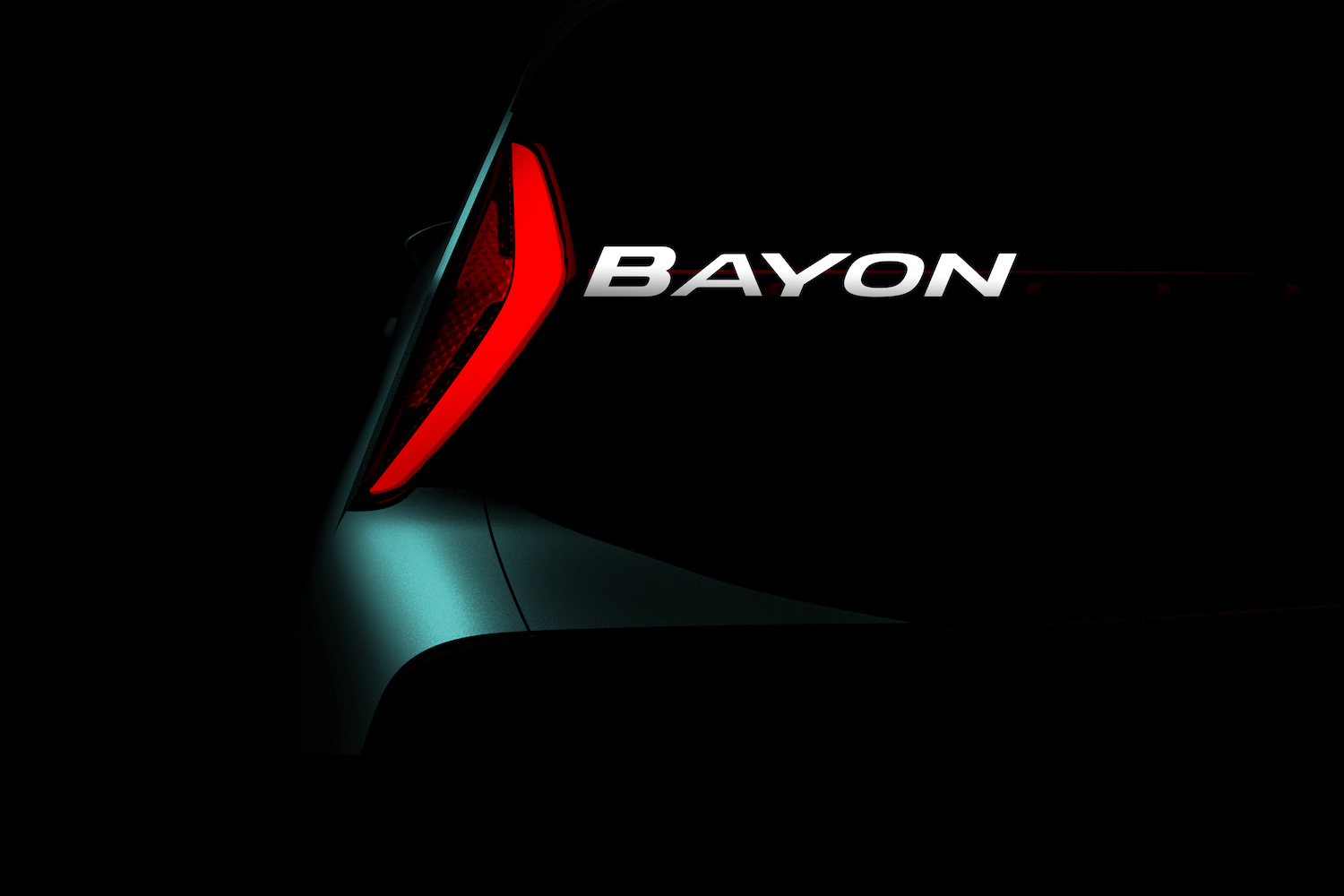 When the Santa Fe, Tucson and Kona aren't enough, you turn to the Bayon. Well, Hyundai does, at any rate, revealing that Bayon is the name for its incoming new B-segment crossover.

The Bayon (which Wikipedia tells us is a richly decorated Khmer temple at Angkor in Cambodia, built in the 12th century or thereabouts) will be entering a staggeringly competitive sector - compact crossovers are exploding in popularity, and are actually encroaching on the sales of more traditional hatchbacks. The Bayon will have to face down opposition from the likes of the Ford Kuga, Peugeot 2008, Volkswagen T-Cross, SEAT Arona, and the incoming new Toyota Yaris Cross.

Incidentally, Hyundai doesn't make the Cambodian connection - it says that the Bayon's name is inspired by the city of Bayonne in France, which the Korean brand says "is a great location for those who enjoy activities such as sailing and hiking, fitting with the lifestyle character of the new model."

"Hyundai is strongly established in the European SUV market already, in terms of our model range as well as our sales success," says Andreas-Christoph Hofmann, Vice President of Marketing & Product. "By launching a new, additional B-segment model as the entry point into our SUV line-up, we see a great opportunity to cover European customers' demand even better and to increase our offering in a highly popular segment."

Hyundai reckons that naming the new crossover after a city is continuing with a grand tradition in its SUV and crossover lineup - the Santa Fe and Tucson obviously get American names, while Kona comes from a part of Hawaii. Even Nexo (Hyundai's hydrogen fuel cell SUV, which isn't sold here yet) is named after a town in Denmark.

We prefer the ancient temple idea, though.