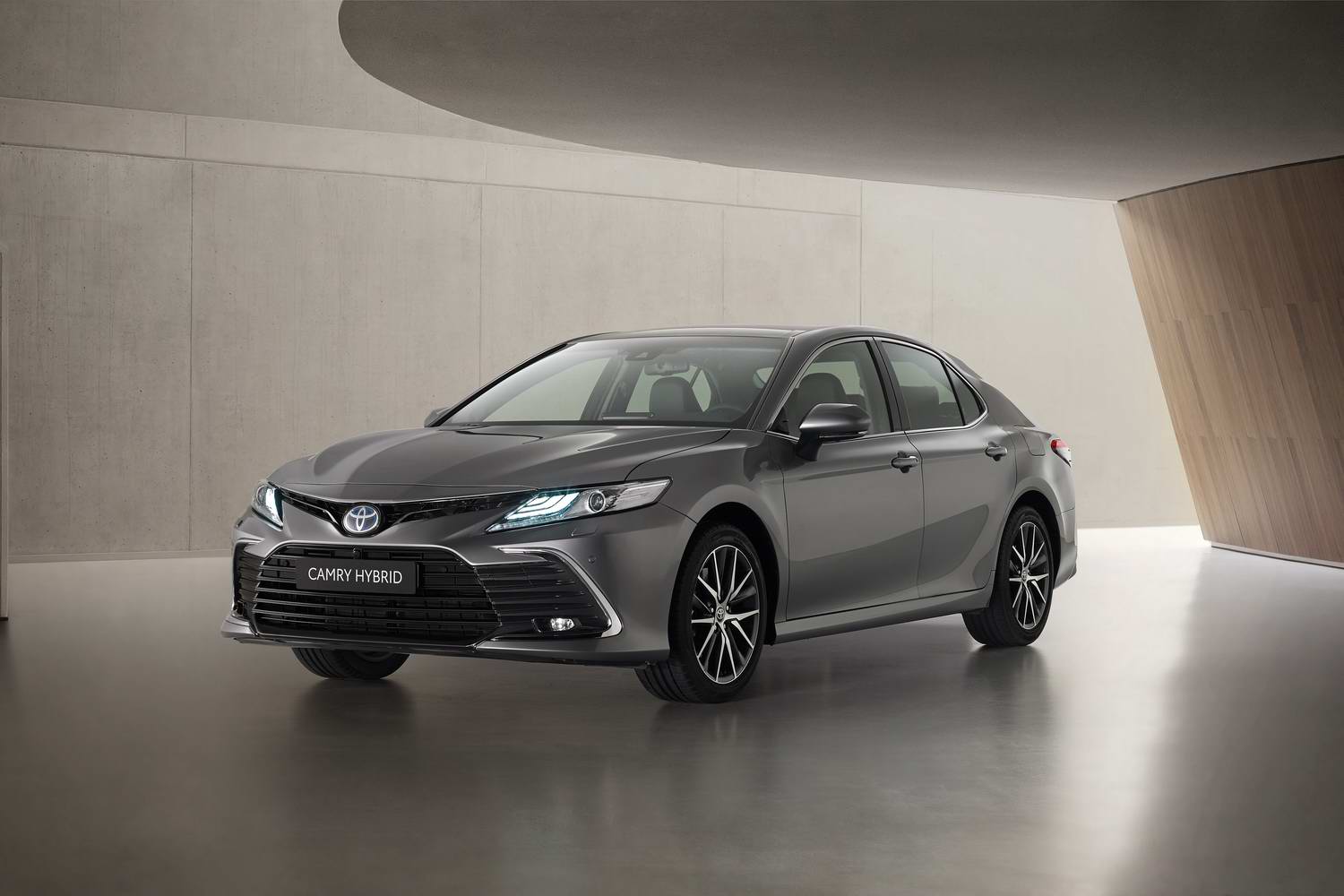 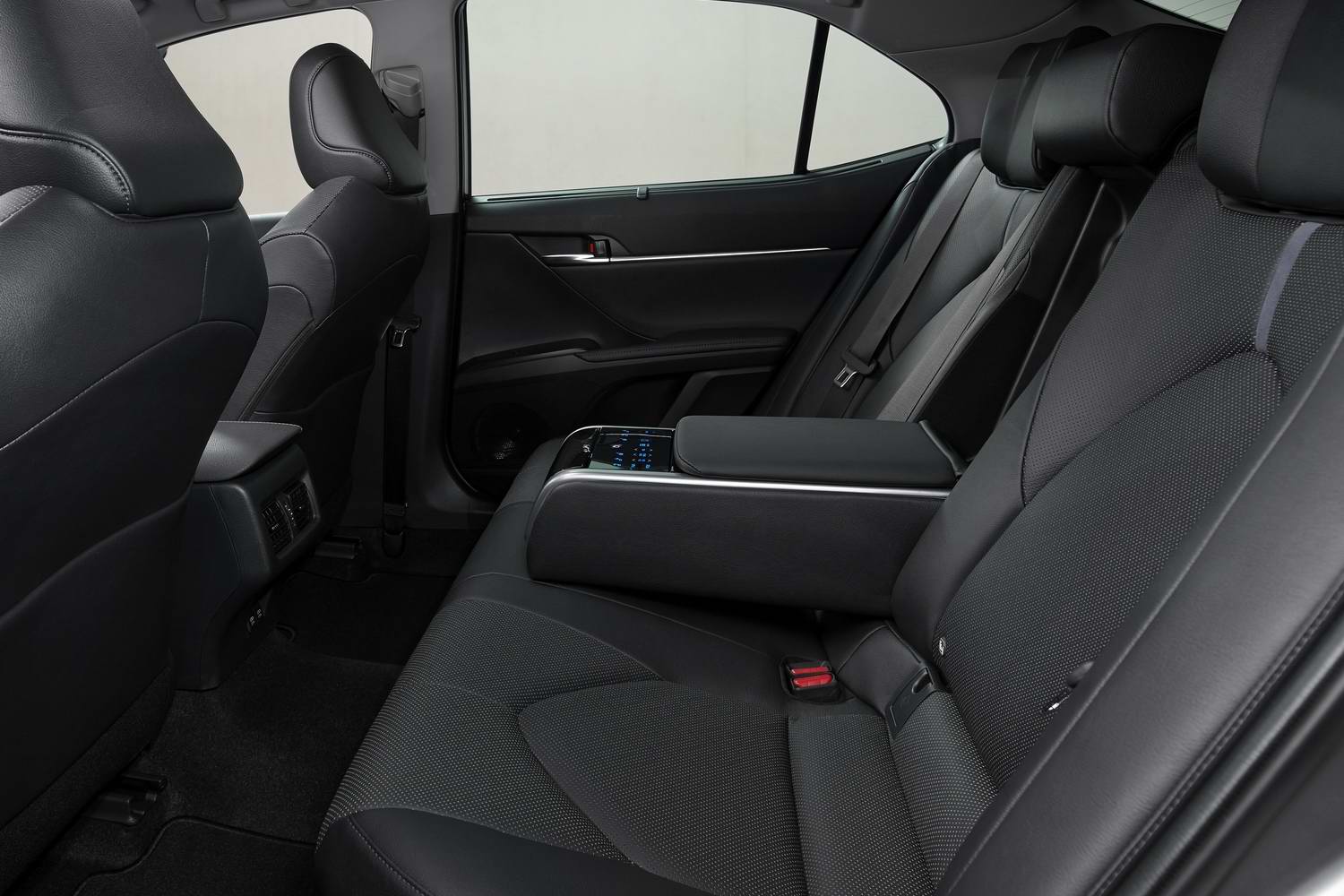 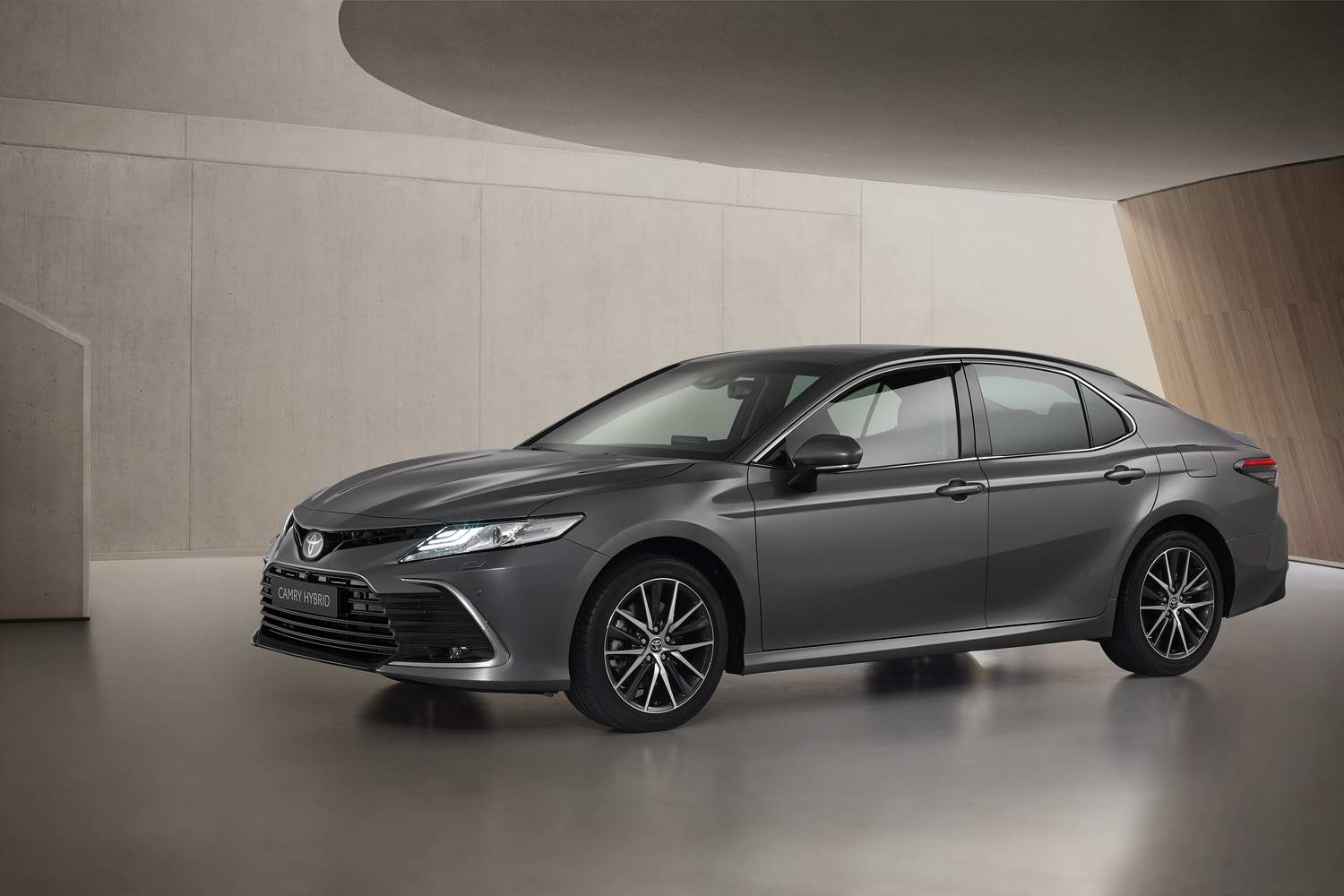 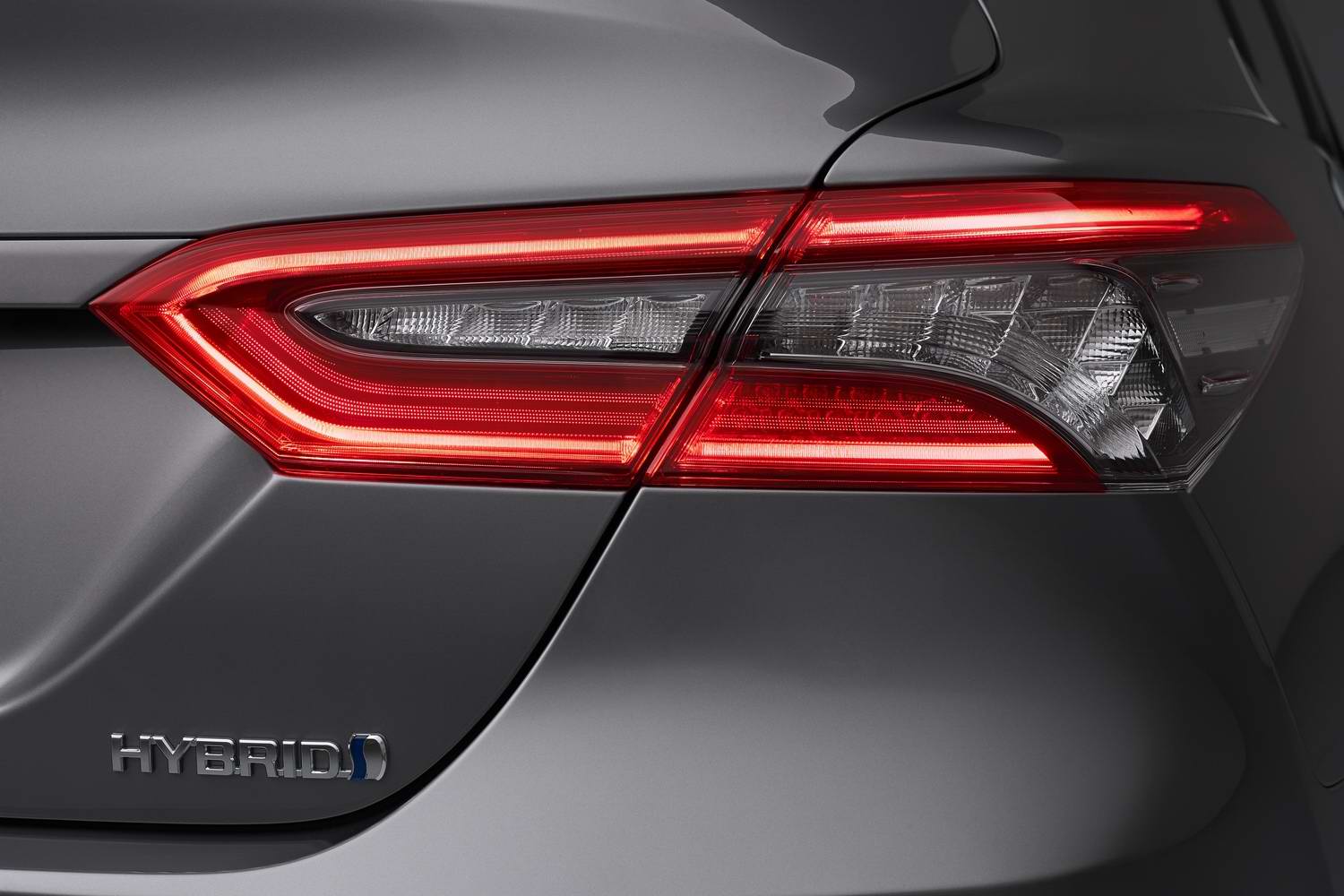 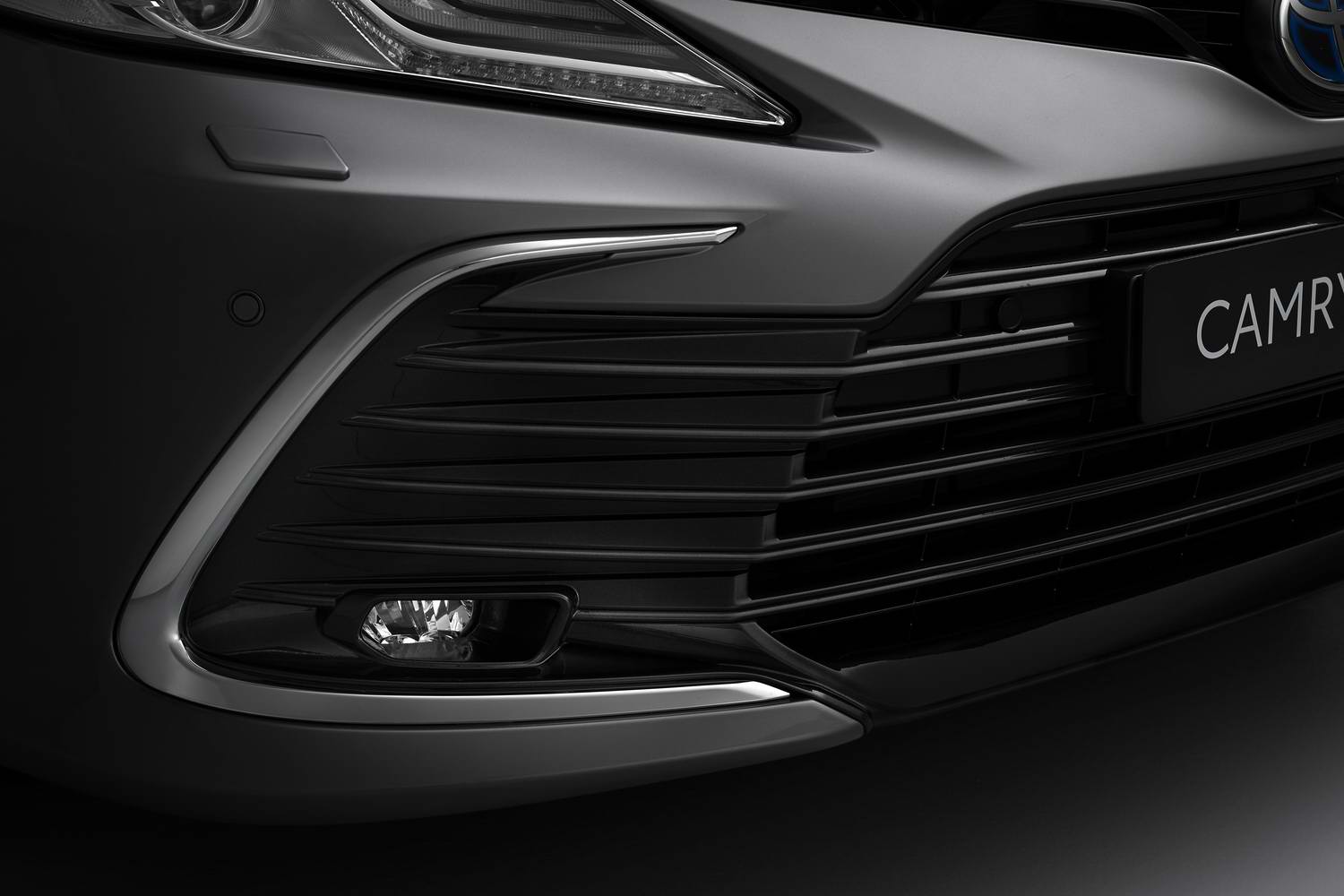 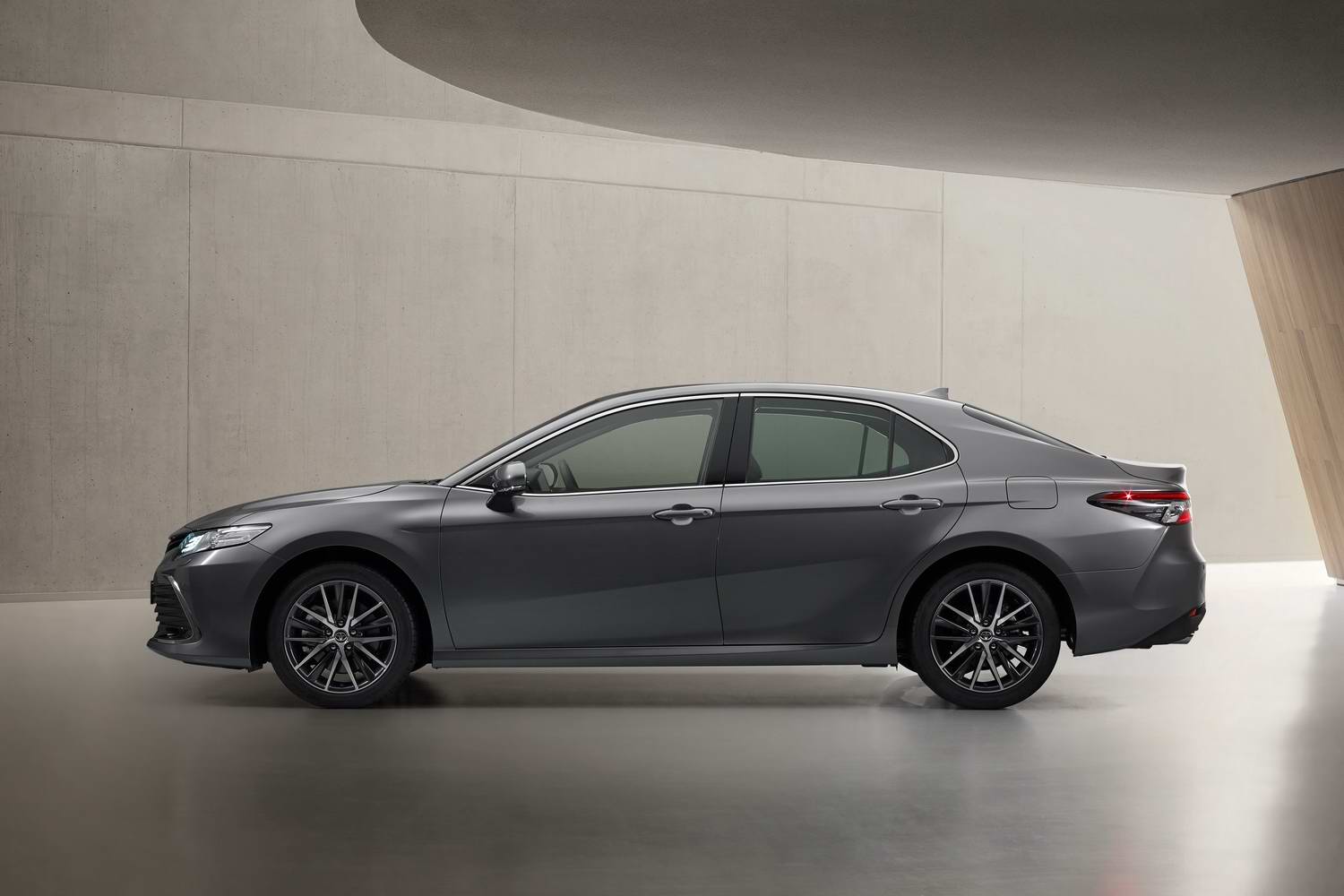 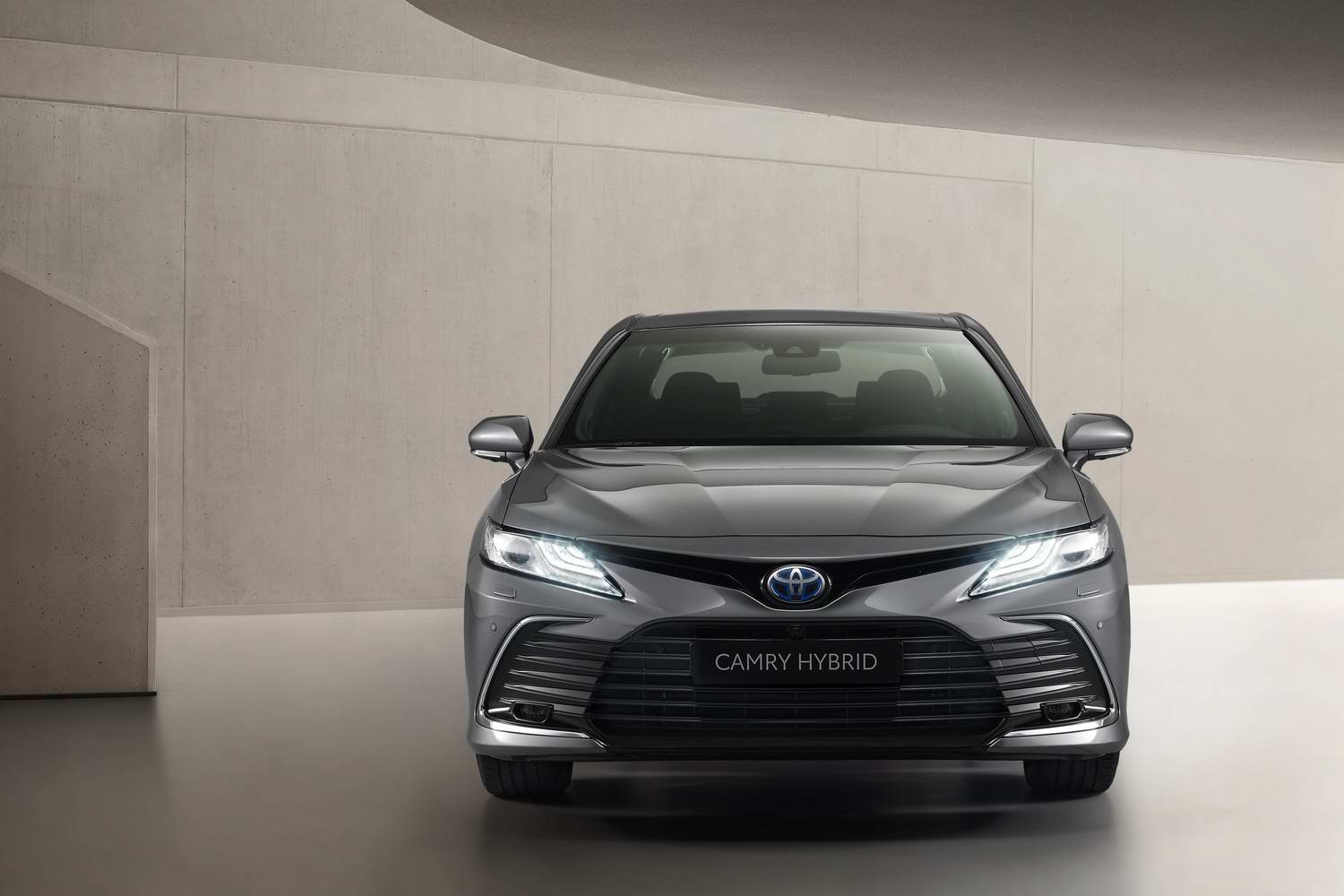 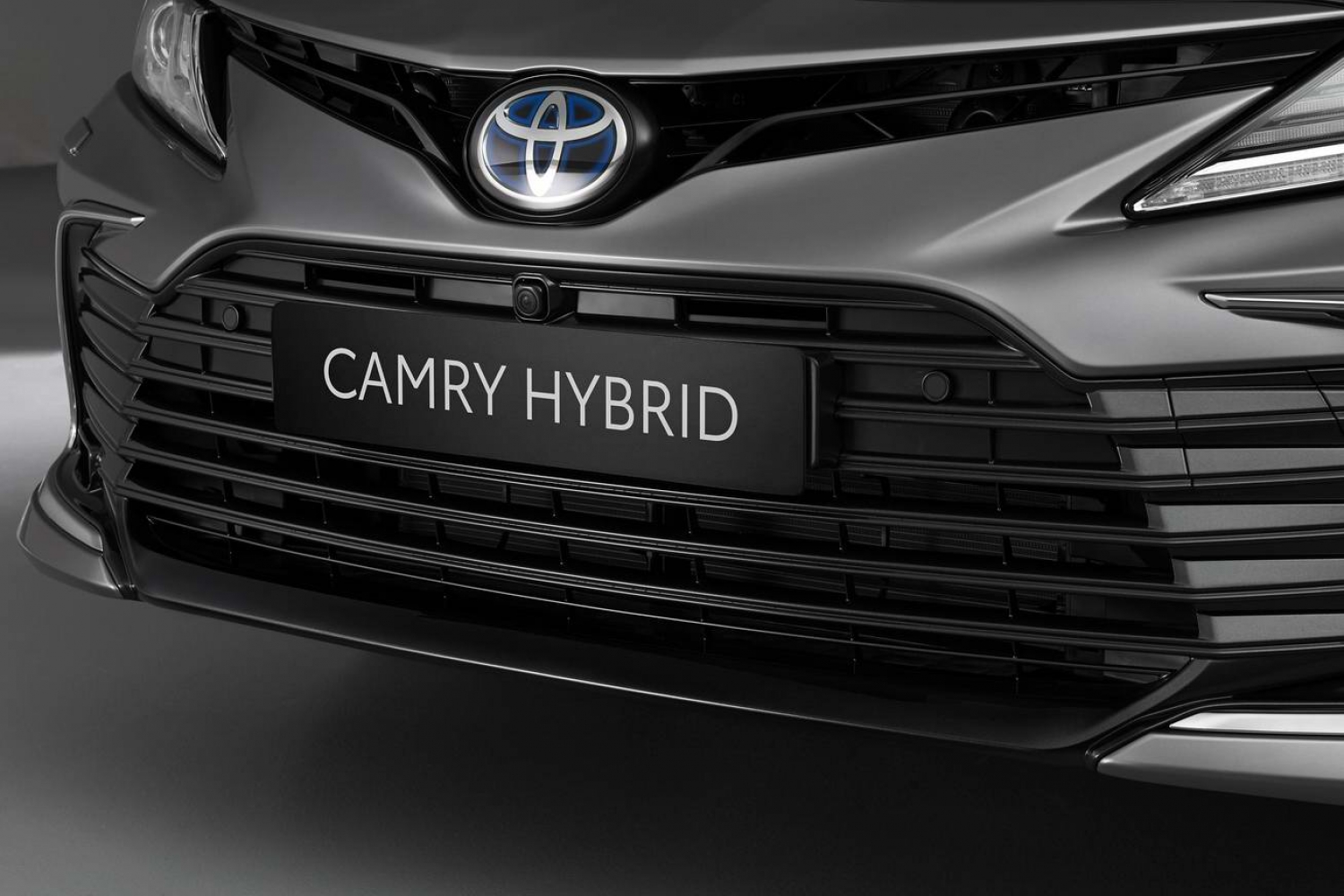 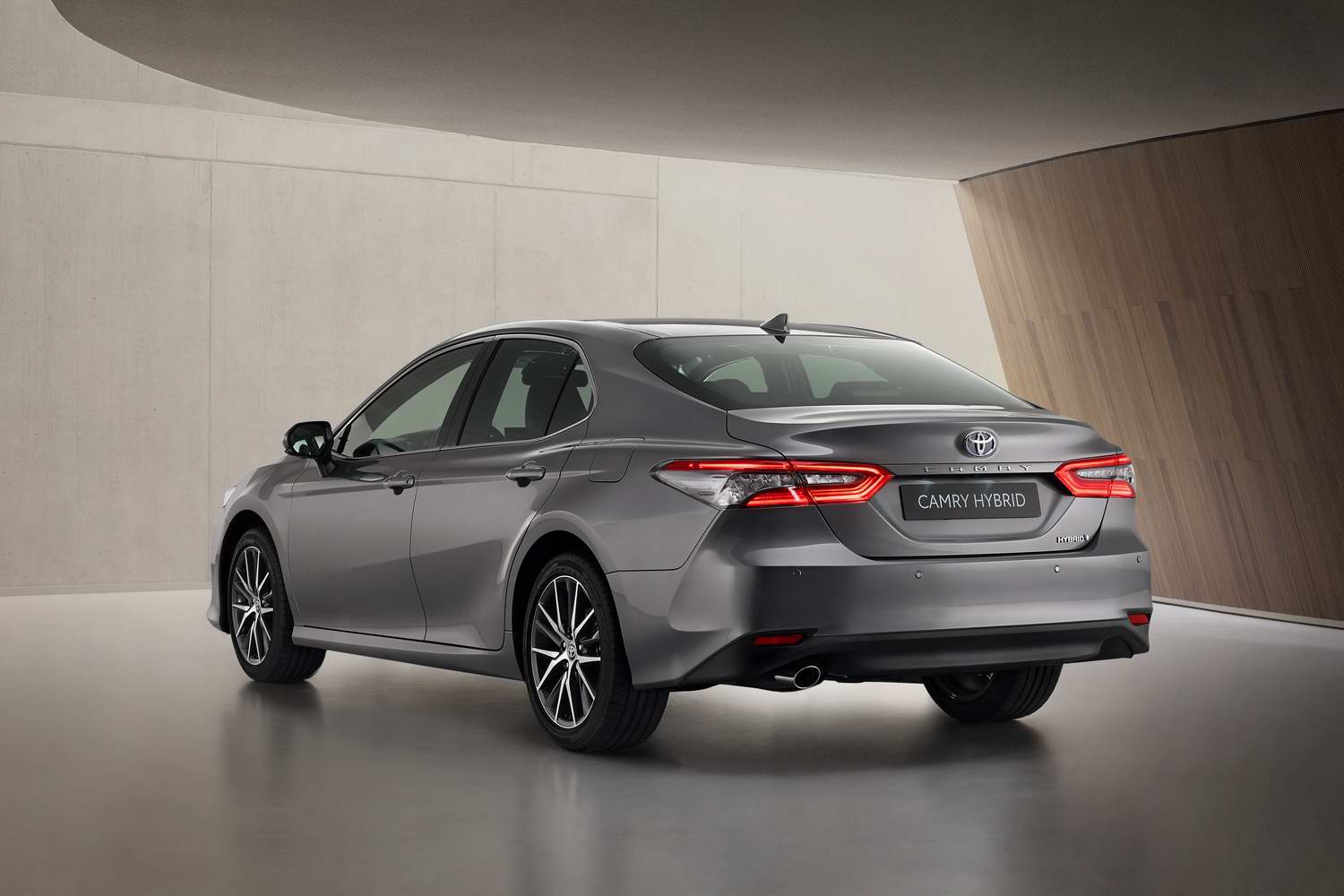 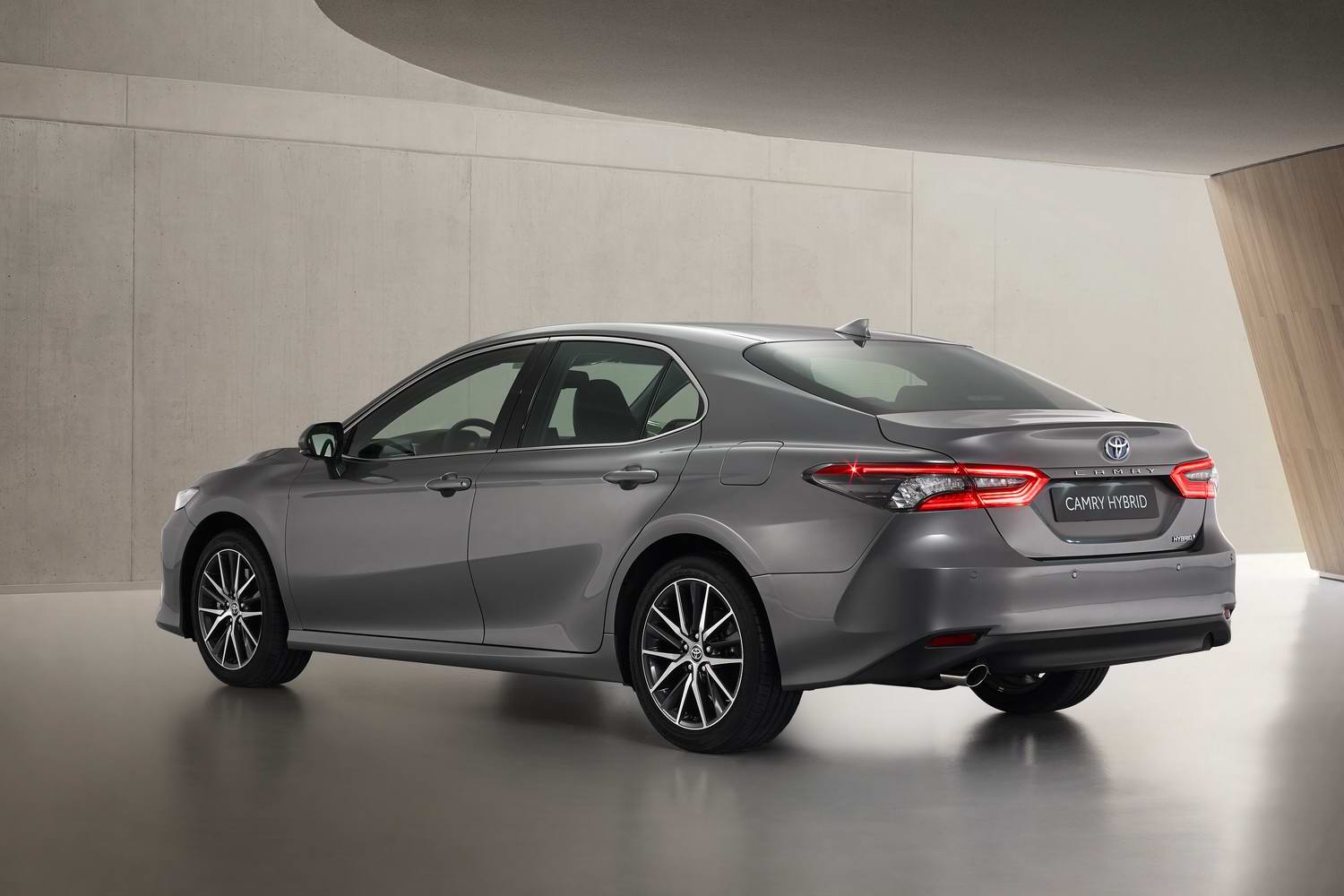 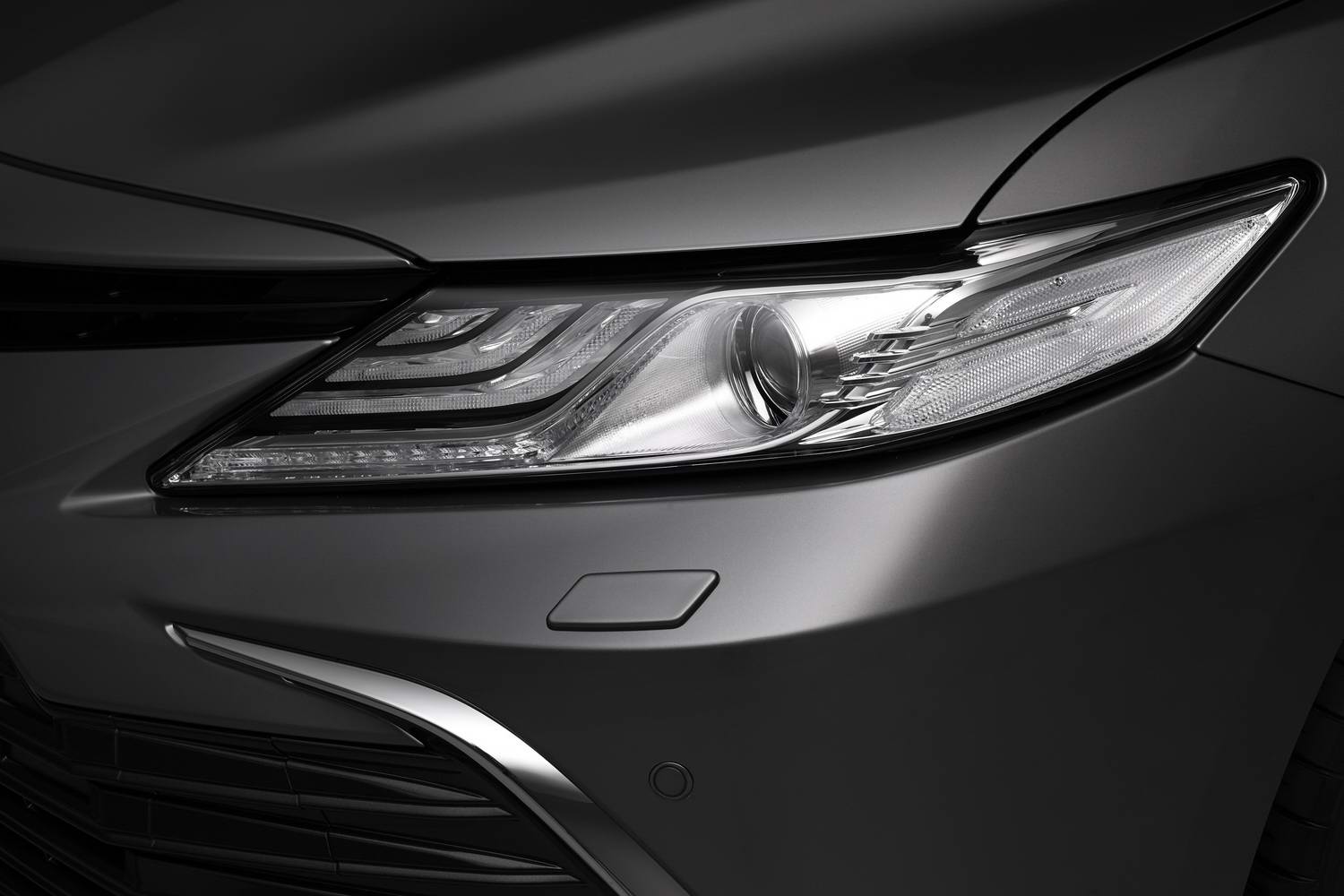 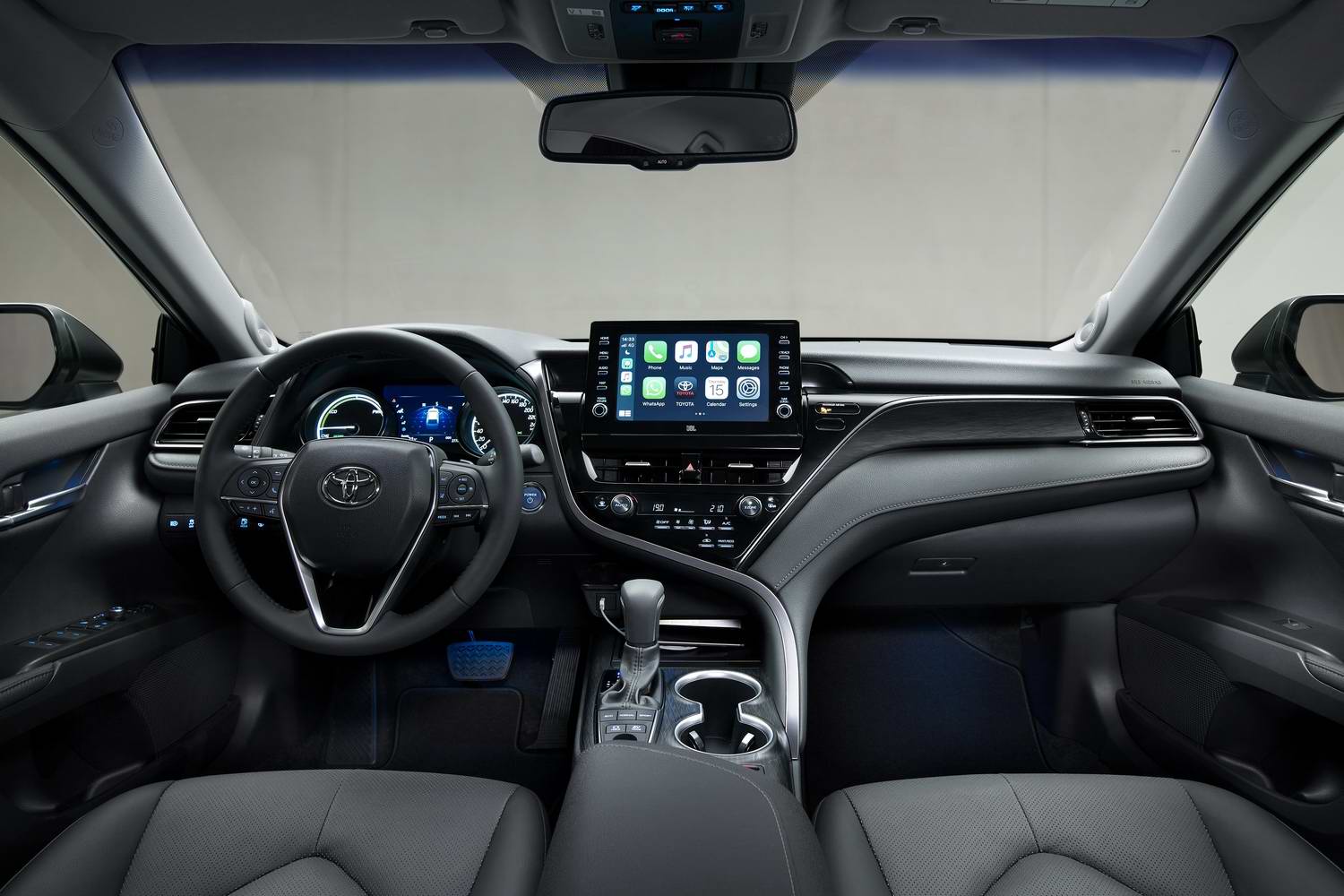 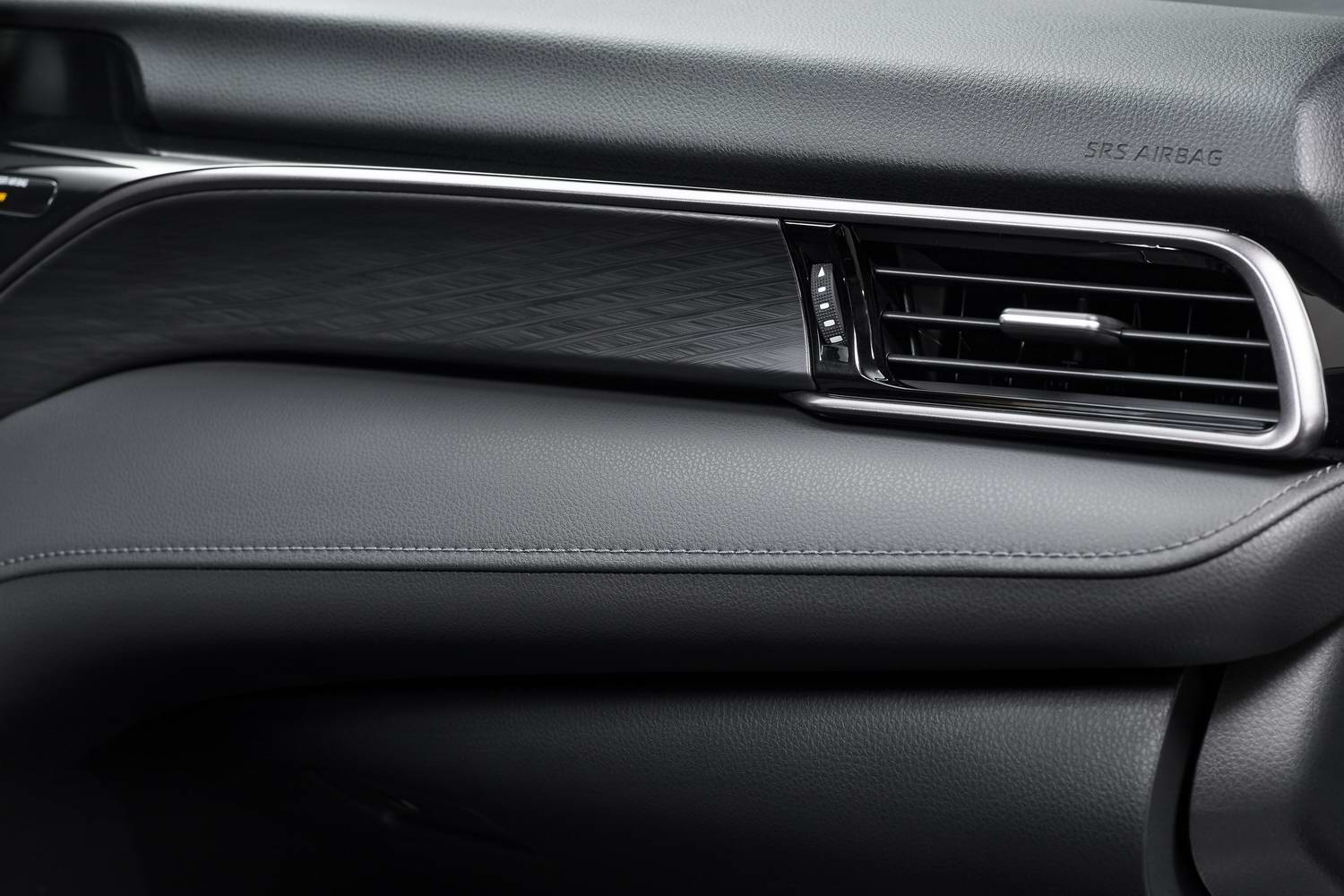 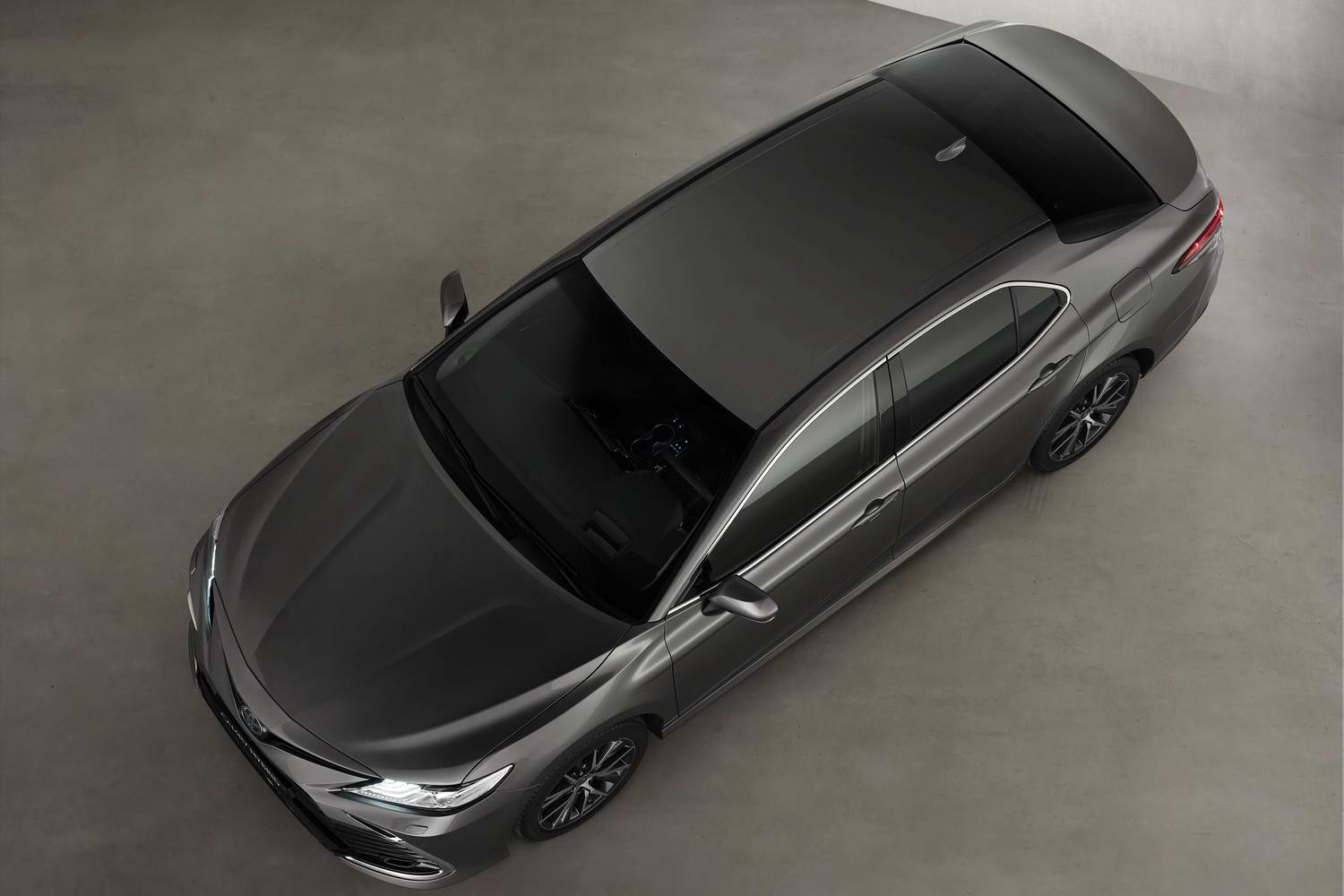 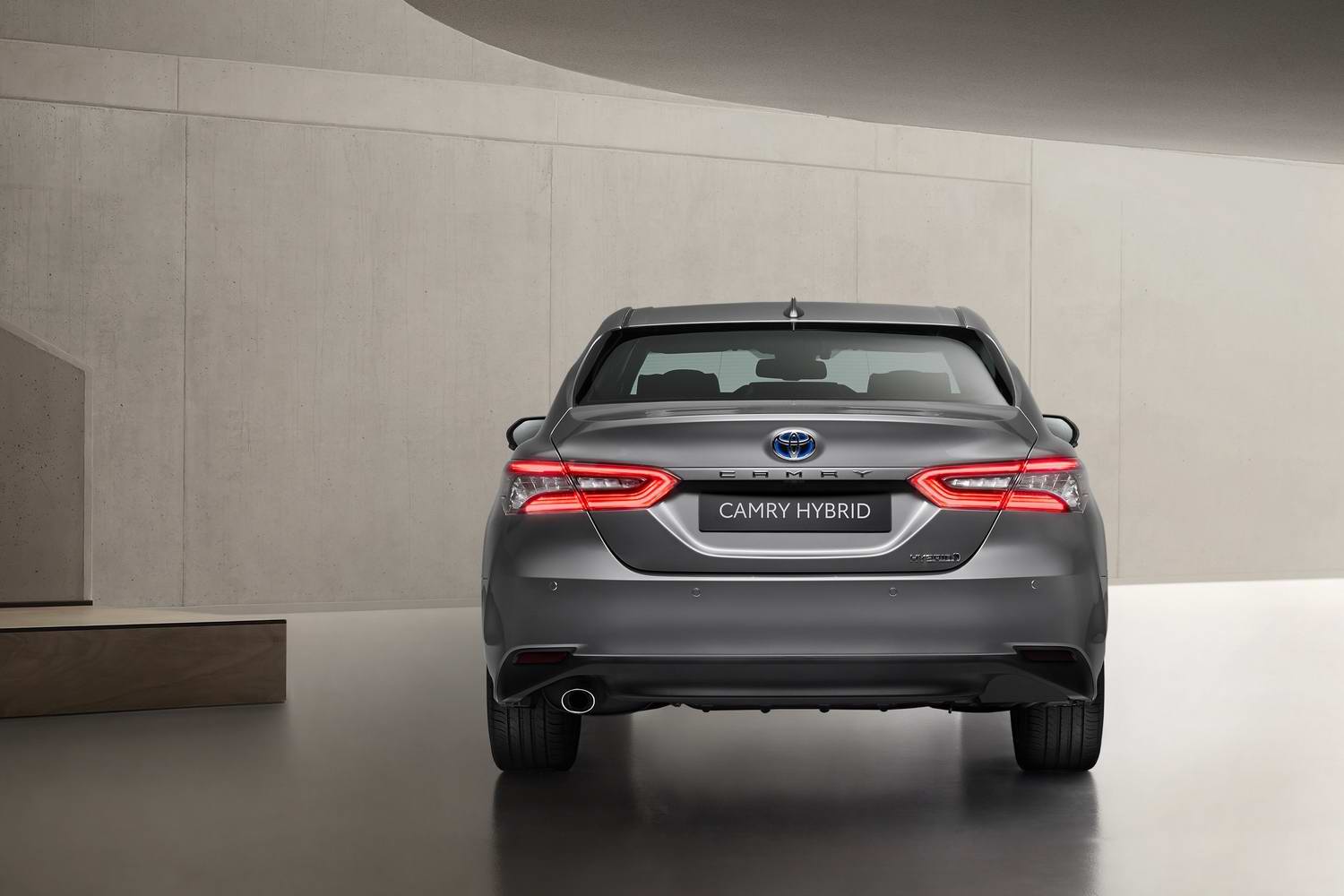 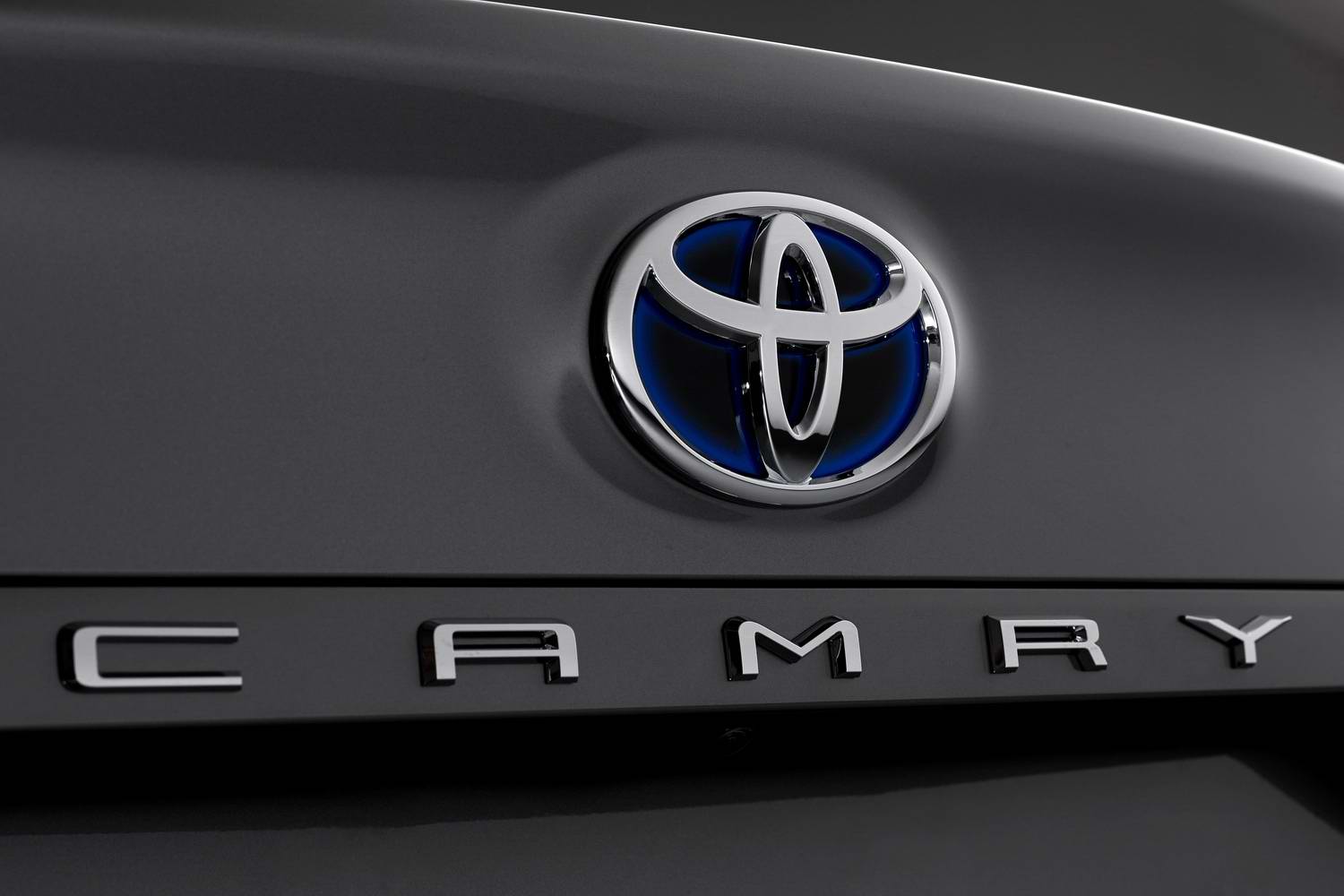 At last, a decent infotainment system for the Toyota Camry saloon.

Toyota's Camry, which is if we're honest one of our favourite cars right now, is getting some improvements and updates for the 2021 model year, the most important of which is - at last - a decent touchscreen.

New styling at the front

Looks-wise, the changes are not too dramatic - the Camry's nose has been cleaned up, made a little pointier and smoother, and does indeed look a little nicer. There are some contrast colour options for the upper and lower grilles, new 17-inch and 18-inch alloy wheels, and a new colour choice - Deep Metal Grey.

Much more significant is the upgrade to the cabin. Since its relaunch last year, the Camry's cabin has always been among the best-built of vehicular interiors, but the touchscreen looked like a 1990s afterthought - small, not especially crisp, and lacking the latest connectivity options.

That changes now, with the addition of a new 'floating' nine-inch touchscreen, which comes with Apple CarPlay and Android Auto phone connections. Toyota says that the screen also has improved native software and faster response times.

The front seats also get a new leather option, in either black or beige, which features a herringbone-like pattern of perforations to allow for seat ventilation. There are also new options for the centre-console trim, including 'Black Engineered Wood' - a omposite pattern featuring straight lines overlapping an organic base pattern; and a 'Titanium Line Pattern' - a low-contrast, regular geometric pattern which creates a three-dimensional feel.

The Camry will also get an updated version of Toyota's active safety 'Safety Sense' package, which includes a new Emergency Steering System which prevents you from turning across the path of an oncoming vehicle, or into the line of pedestrian crossing the road at a junction. The adaptive cruise control can now also be plumbed into the speed sign recognition system so that it can adjust your cruising speed automatically, while the lane-keeping system has been improved to be more precise, and to work in a broader range of conditions.

We don't have precise Irish arrival dates - it won't be arriving in Ireland until the very end of 2021 - nor prices for the updated Camry as yet but will update this piece when we do.