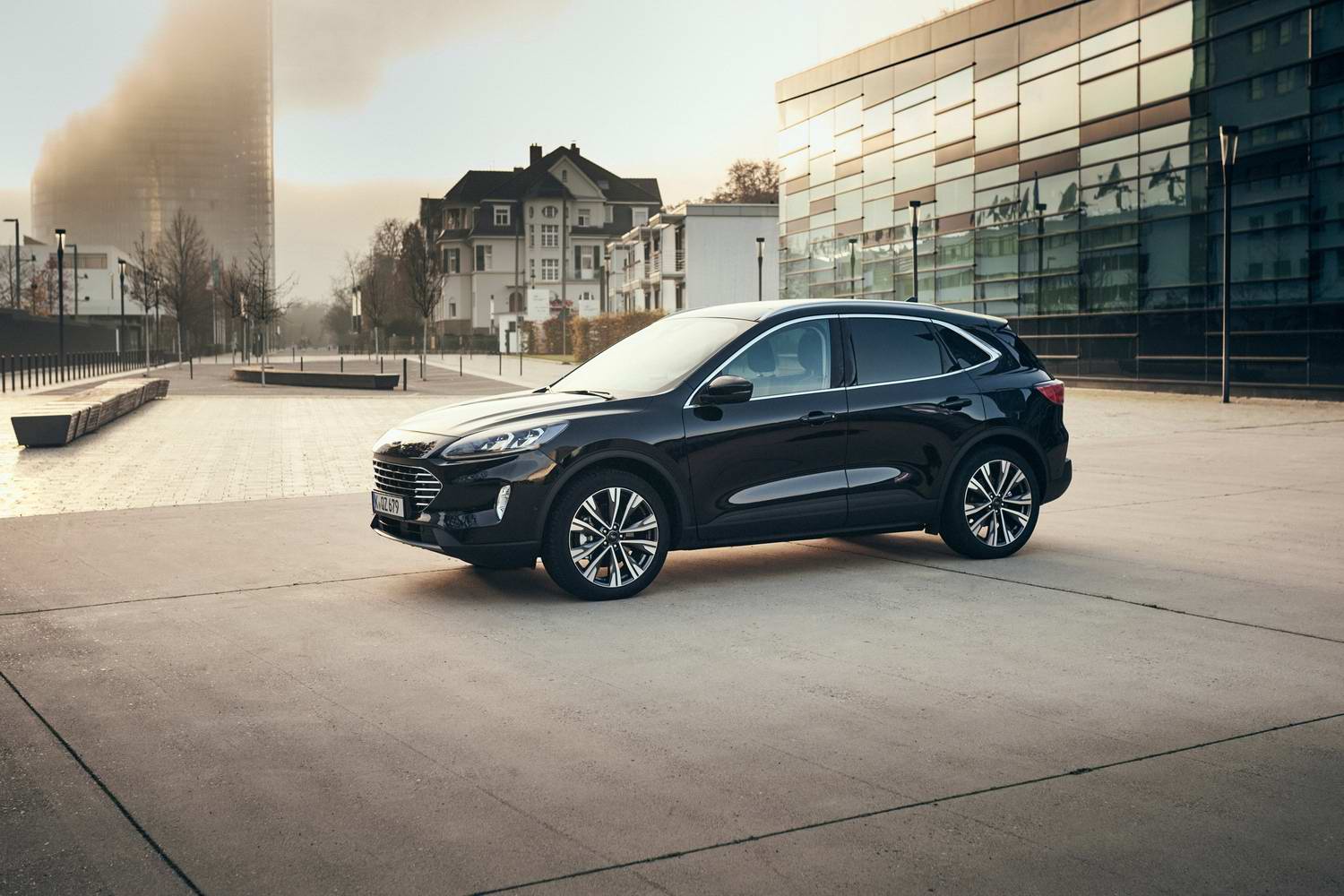 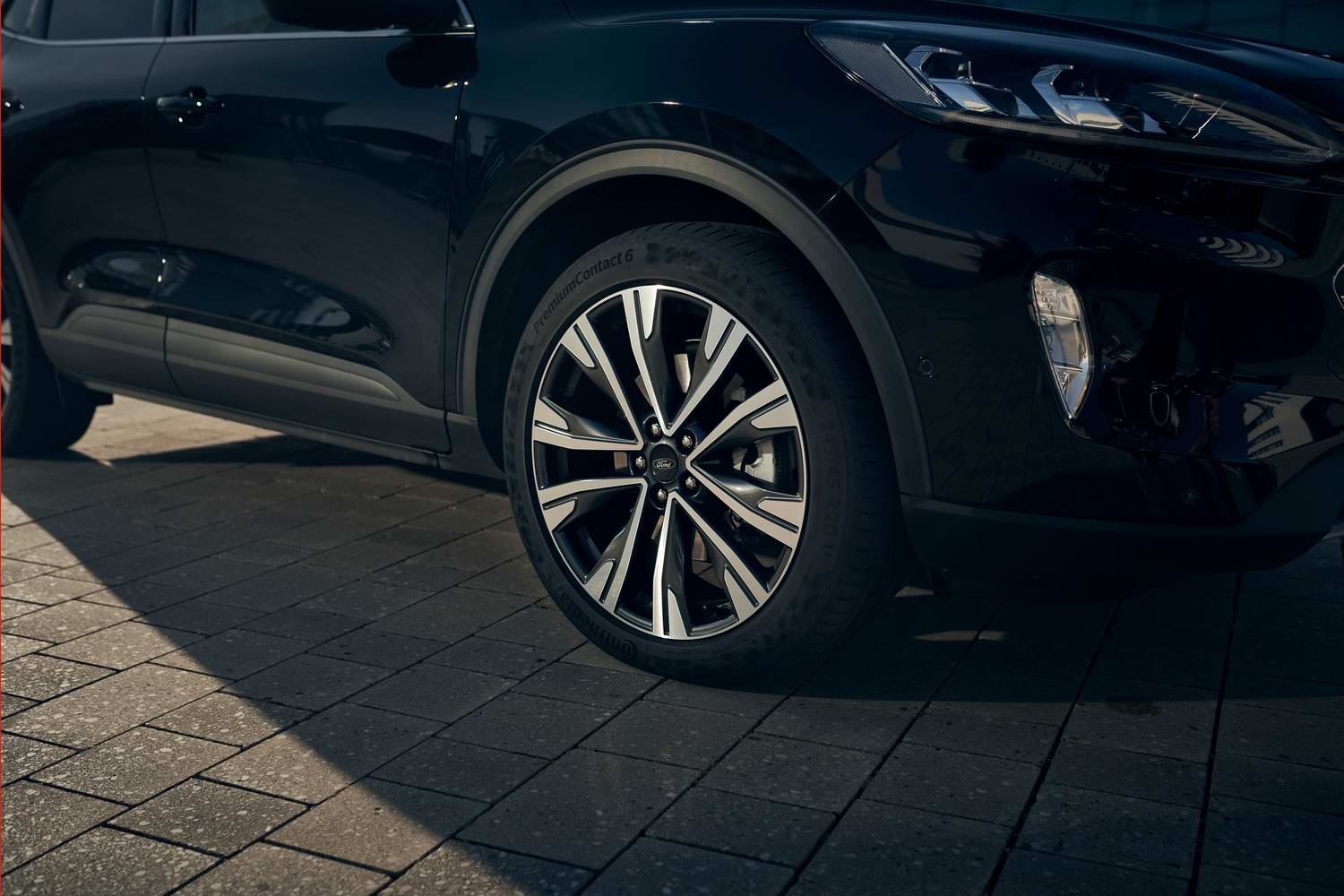 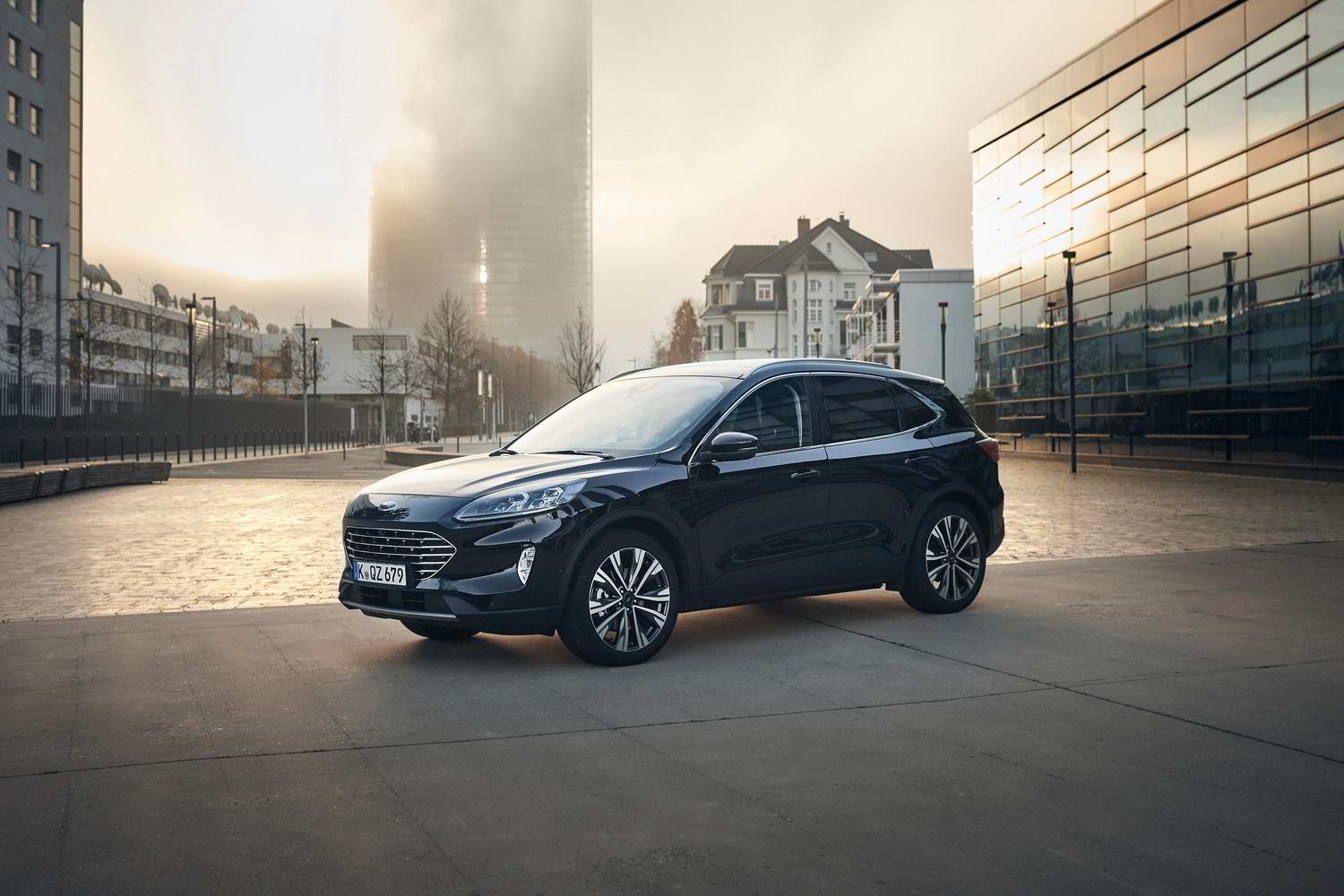 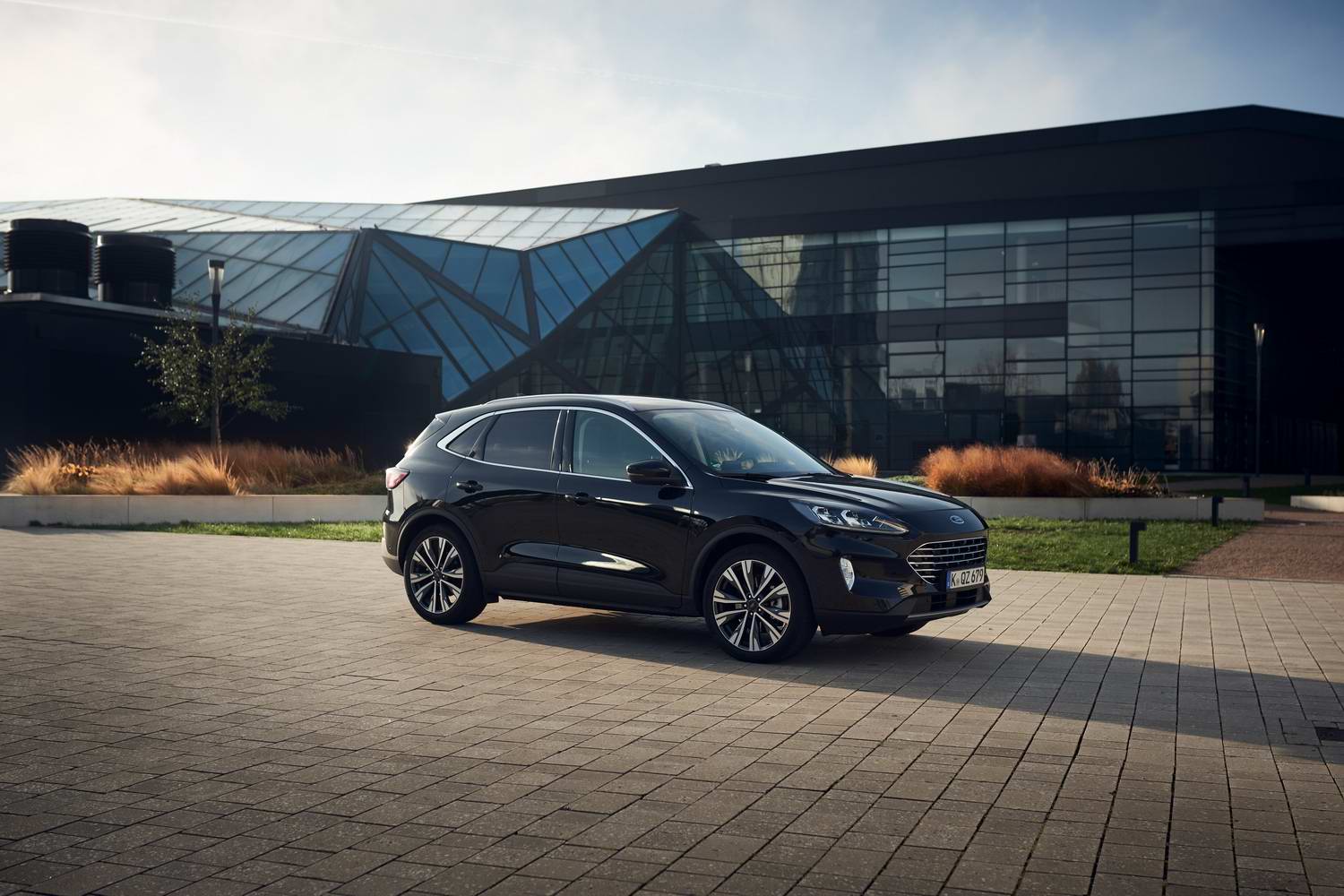 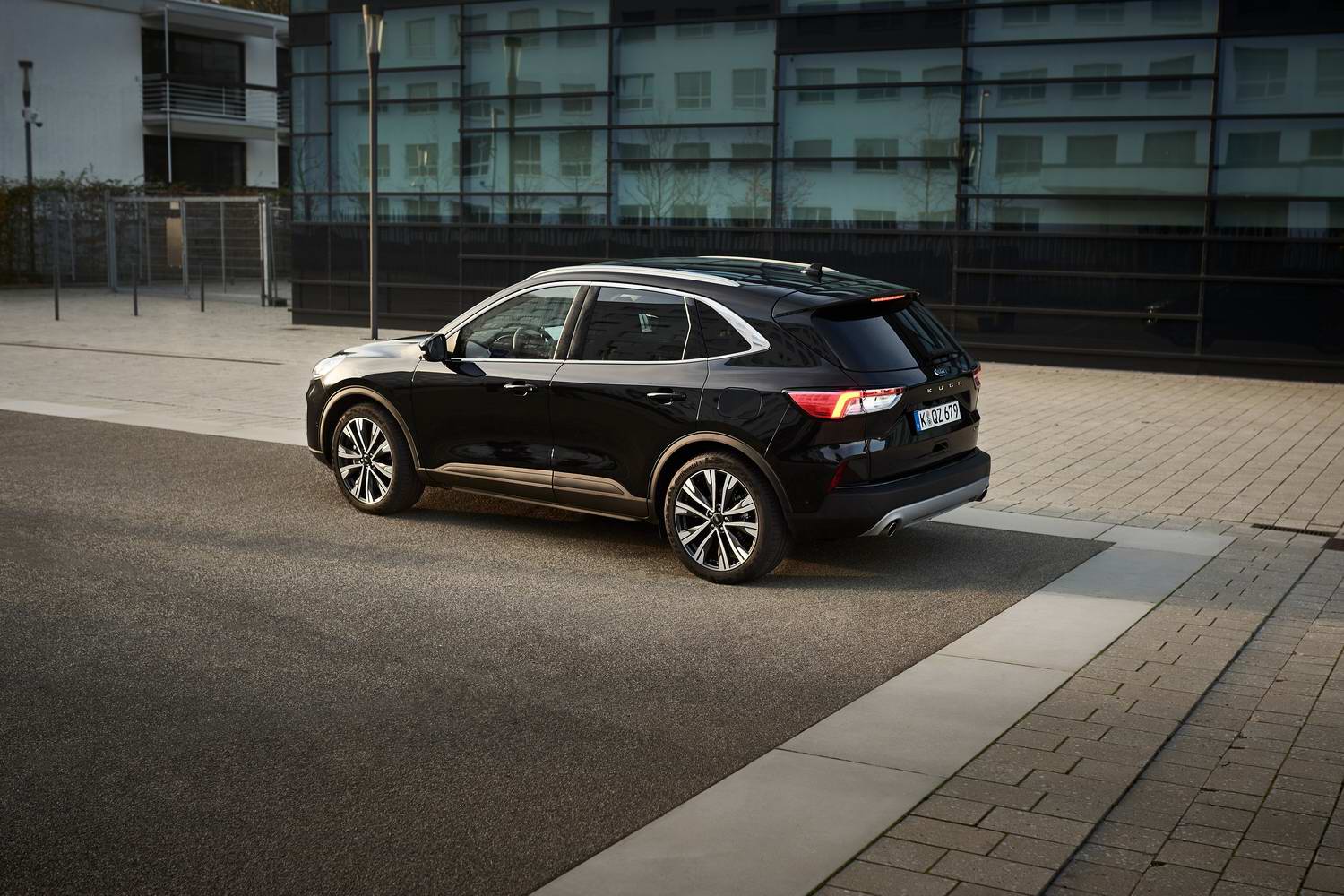 Ford is adding a conventional hybrid model to its Kuga line-up, complementing the existing plug-in hybrid and regular diesel versions.

Calling it a 'self-charging' hybrid (you can feel about that how you will) the Kuga uses the same 2.5-litre Atkinson cycle petrol engine as the PHEV version, but has a smaller battery - 1.1kWh instead of 14.4kWh - and you can't plug it in to do lots of electric-only miles. "Each of our electrified Kuga models brings a unique set of benefits. For our new Kuga Hybrid that includes fuel efficiency and driving range to rival diesel, and the effortless refinement of charging cable-free, pure-electric driving," said Roelant de Waard, vice president, Marketing, Sales & Service, Ford of Europe. "Ford is committed to offering a choice of electrified vehicles so that every customer can find the perfect solution to fit seamlessly into their life. No model demonstrates that better than Kuga."

Ford claims that on the new WLTP cycle, the Kuga Hybrid emits 130g/km of CO2 and averages 5.8 litres per 100km (48.7mpg). Just for reference, the rival Toyota RAV4 Hybrid emits 125g/km and claims 5.5 litres per 100km. Ford does say that the Kuga Hybrid should squeeze almost 1,000km from a tank of fuel - 30 per cent better than that of the PHEV - and that it 'eliminates range anxiety' for those looking to take baby-steps towards electric motoring.

The battery stack consists of 60 cells which are liquid-cooled and can be stacked close-together, which Ford says keeps the Kuga's cabin space on the spacious side - there's one-metre of front headroom, and 1,481 litres of luggage space if you fold the back seats flat.

There's also an exhaust-gas heat exchanger which helps the engine warm up quicker on colder days, improving efficiency, and in spite of all the batteries and extar hybrid bits, Ford says that the Kuga Hybrid can still tow a useful 1,600kg.

Acceleration from 0 to 100km/h takes 9.1 seconds and Ford's engineers say that they've tweaked the CVT gearbox to reduce the 'rubber band' effect that usually comes with such transmissions. "We've listened hard to customers to make sure the Kuga Hybrid really delivers when it comes to driving appeal," said Glen Goold, Kuga chief programme engineer. "The simulated gear-shift function makes the SUV more engaging to drive with the familiarity of traditional 'cog swaps', plus the added benefit of limiting engine noise."

Irish prices and specs aren't set yet, but the Kuga Hybrid will come with a standard FordPass Connect modem which allows for online live services, including traffic updates, and connection to a smartphone app which allows for unlocking, remote start, and a vehicle locator function.

Along with such safety systems as active cruise control, speed sign recognition, and parking assist, the Kuga will also be the debut vehicle for Ford's new blind spot monitor which actively tugs at the steering to stop you pulling out into a car that's in your blind spot.

On the battery front, Ford is currently recalling all of the PHEV Kugas that it's sold so far to rectify a battery fault that could cause a fire. Presumably, the new Hybrid model will include that fix from new, and it's maybe why Ford has announced this week that it intends to start making its own batteries for electric and hybrid models.