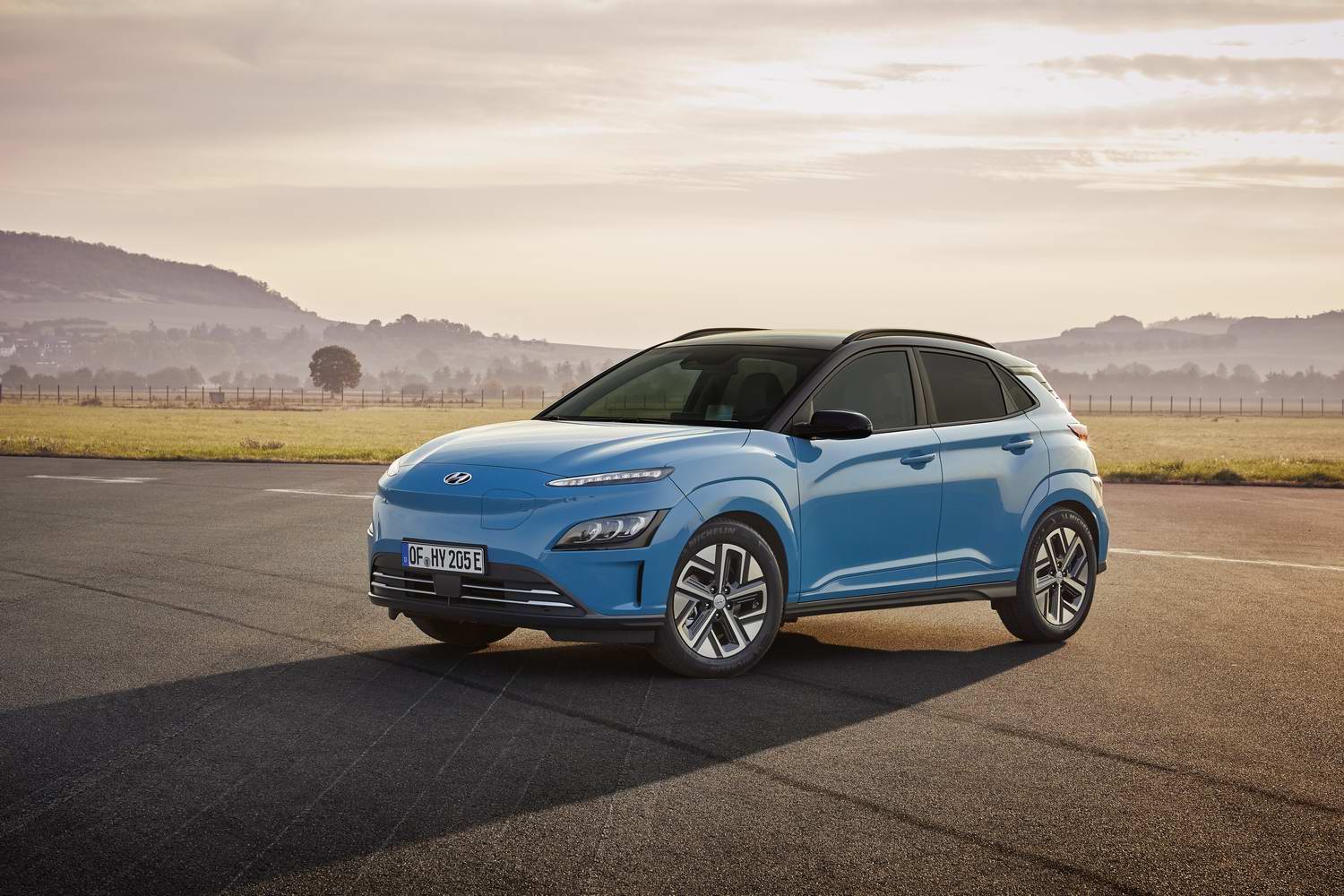 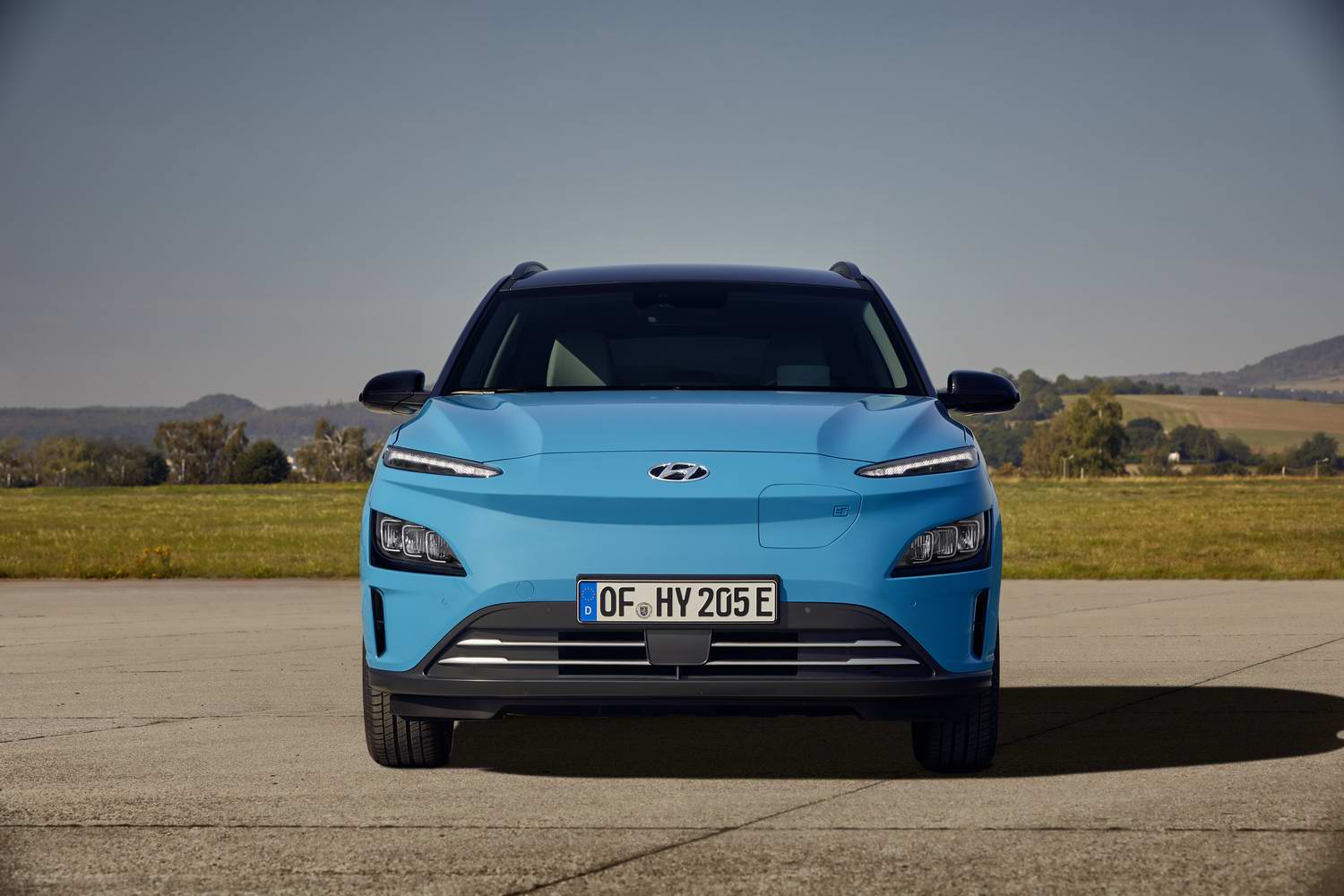 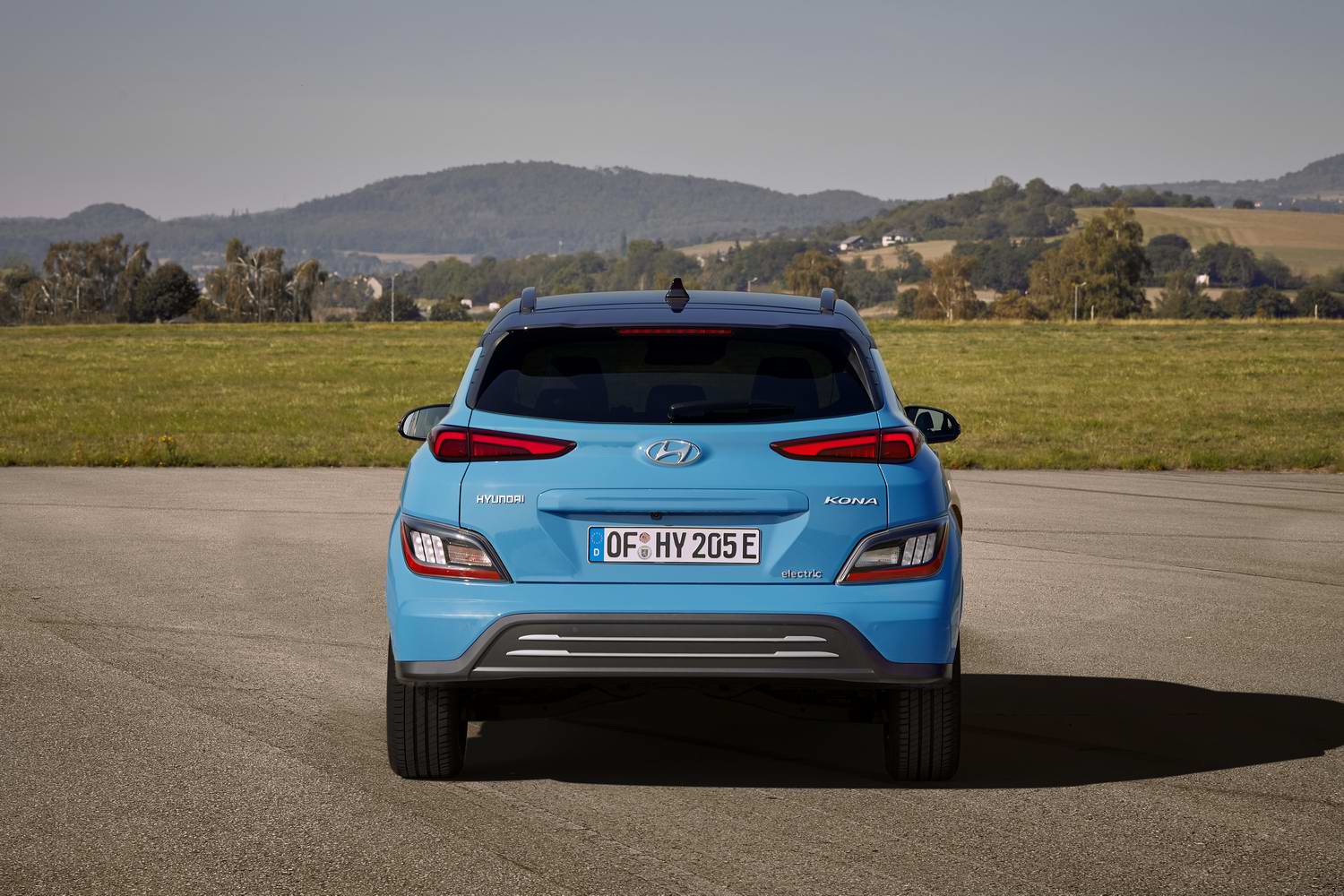 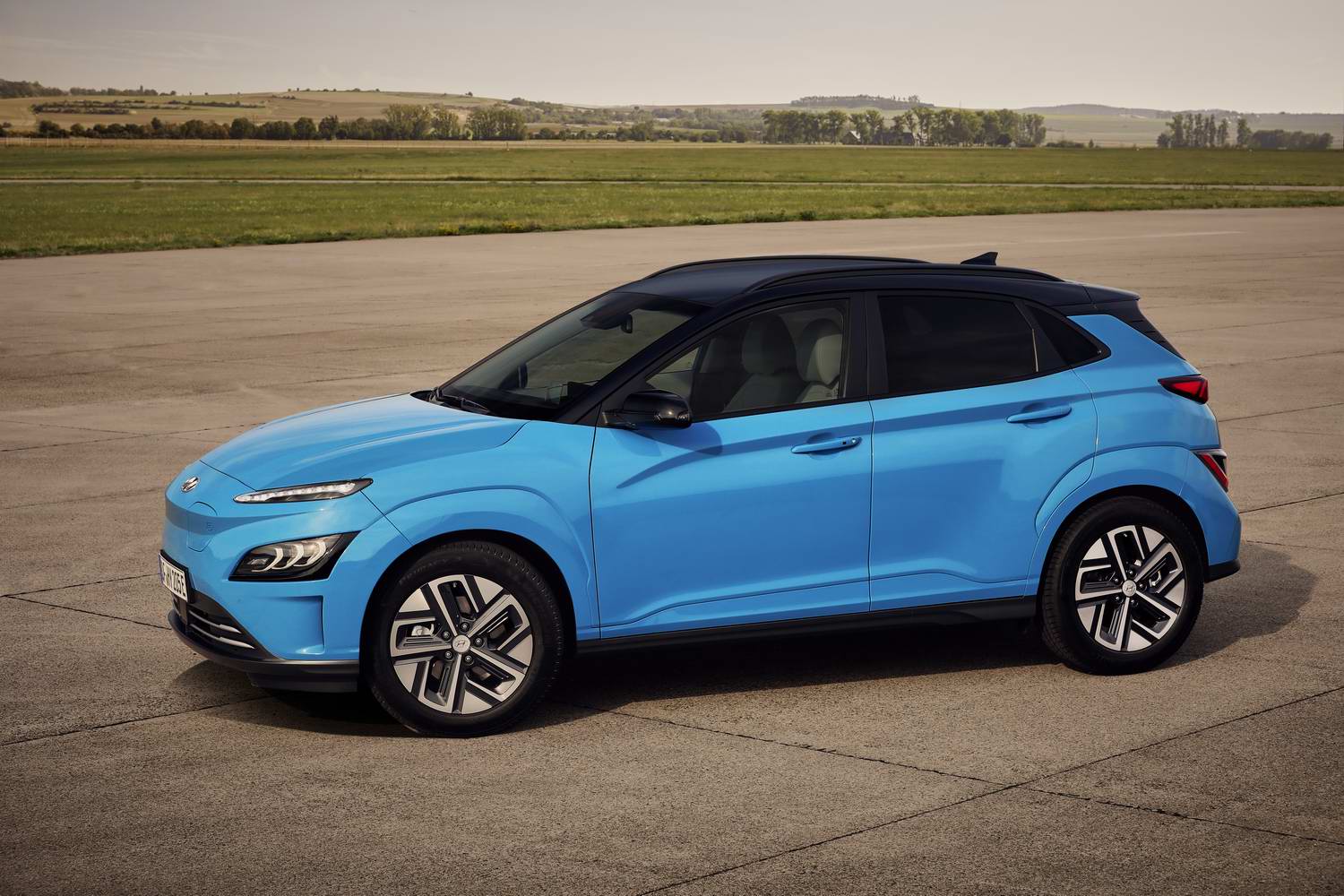 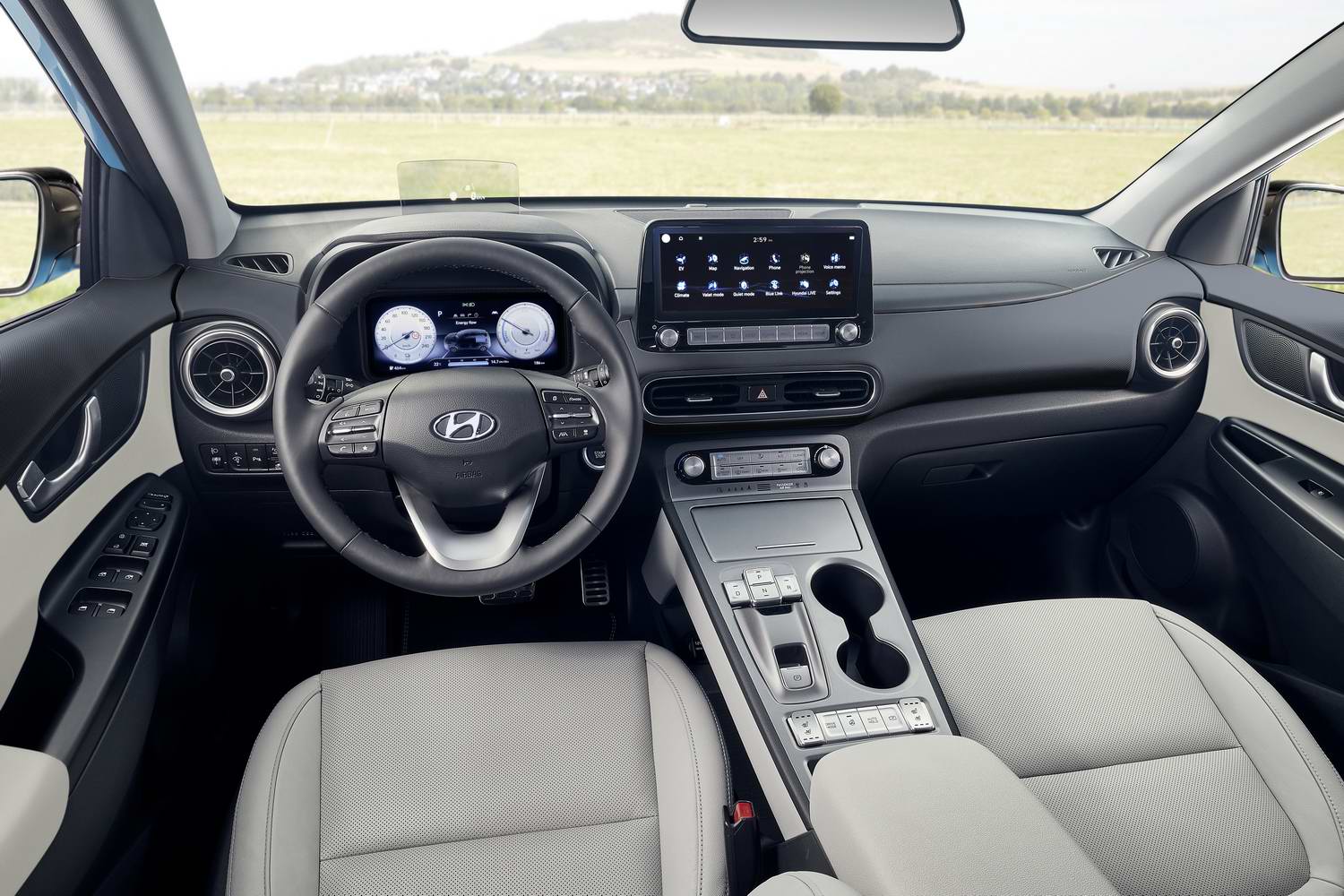 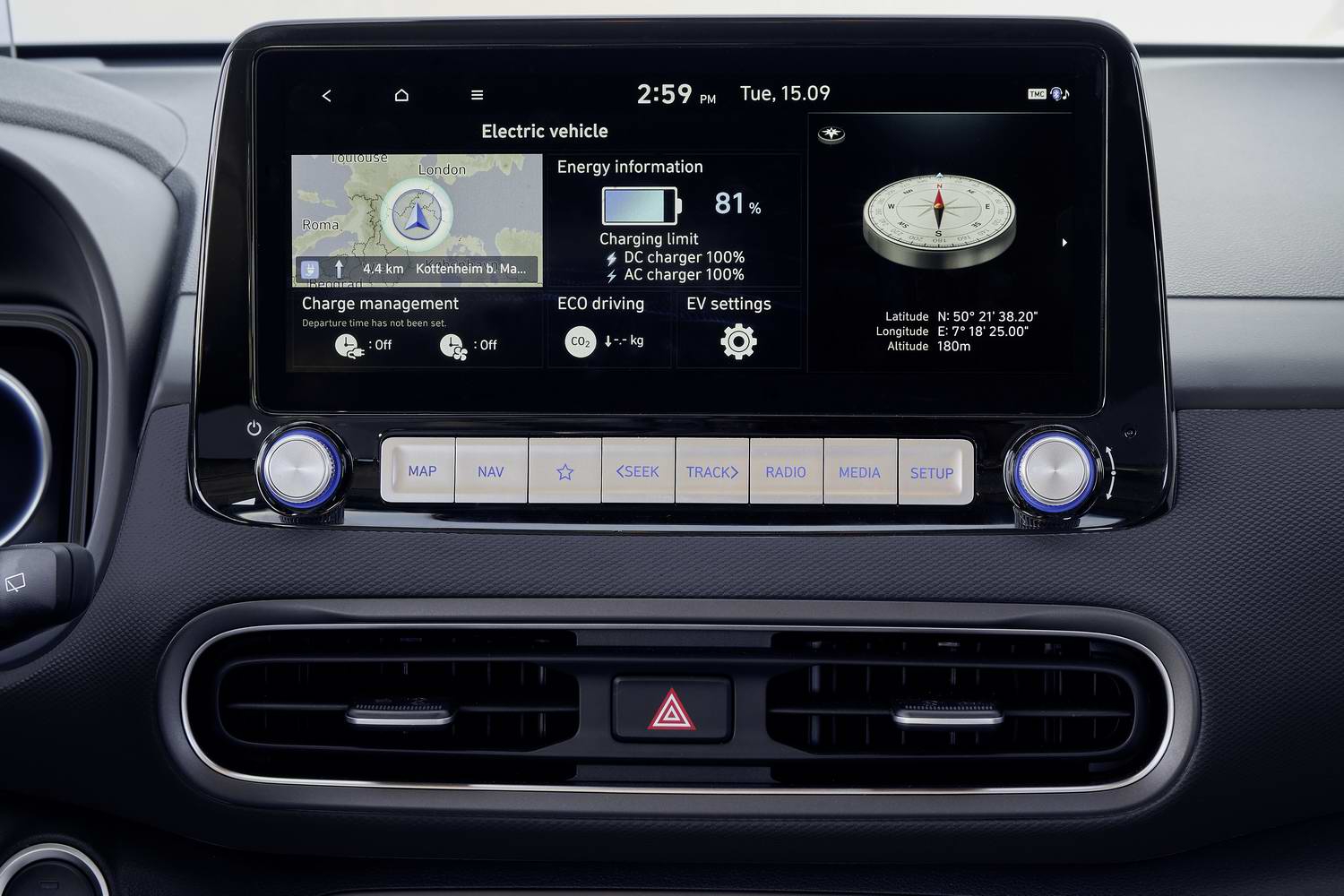 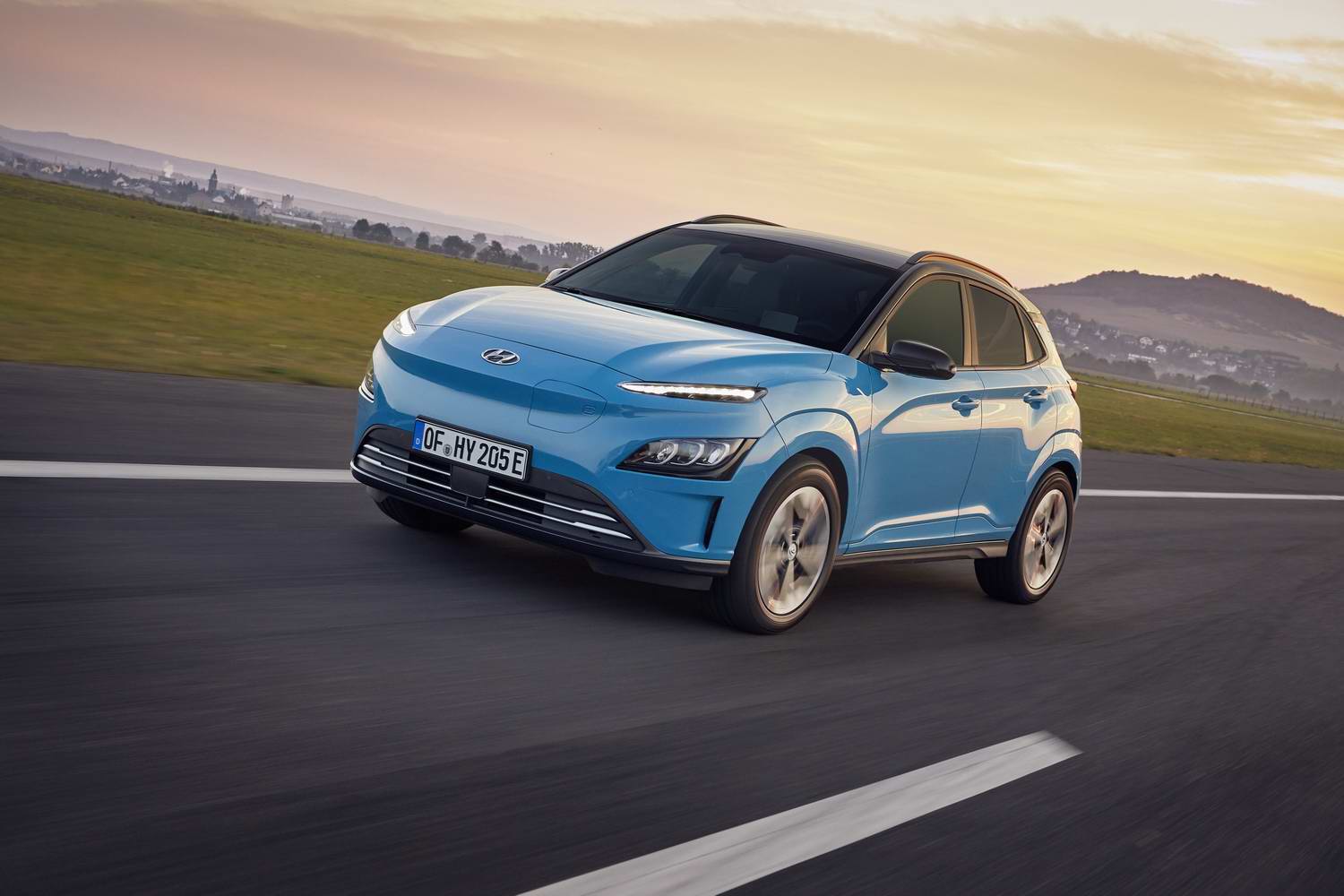 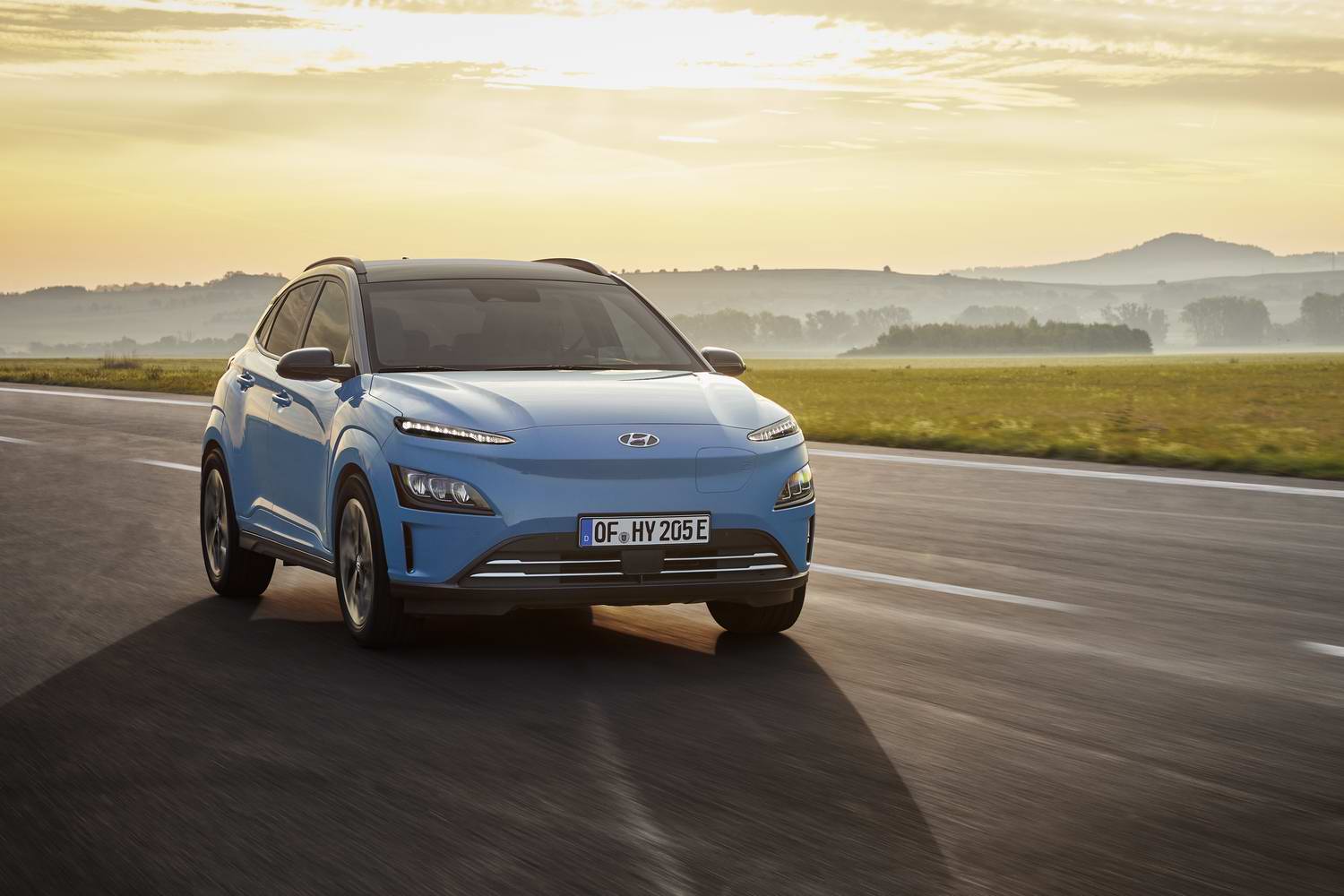 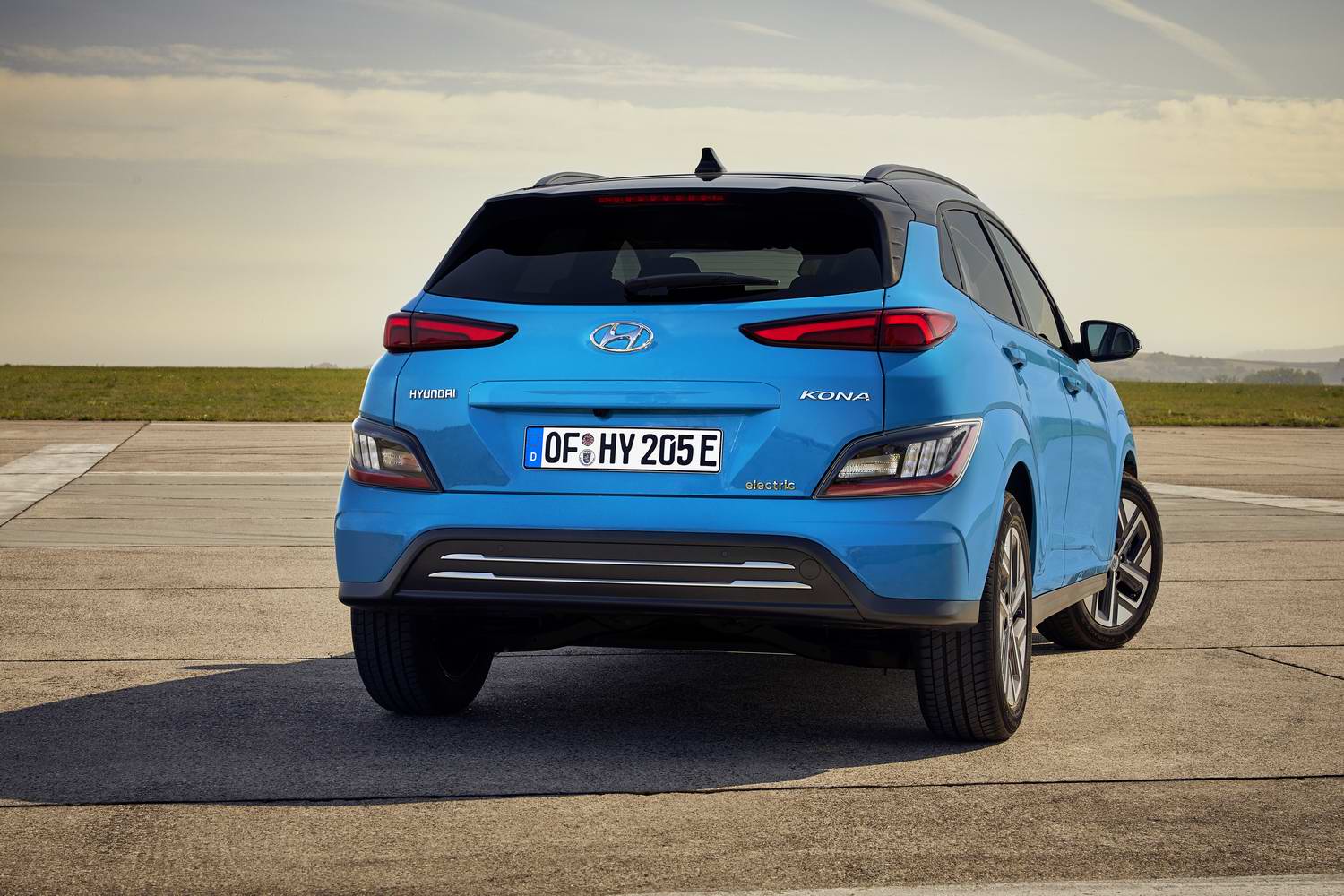 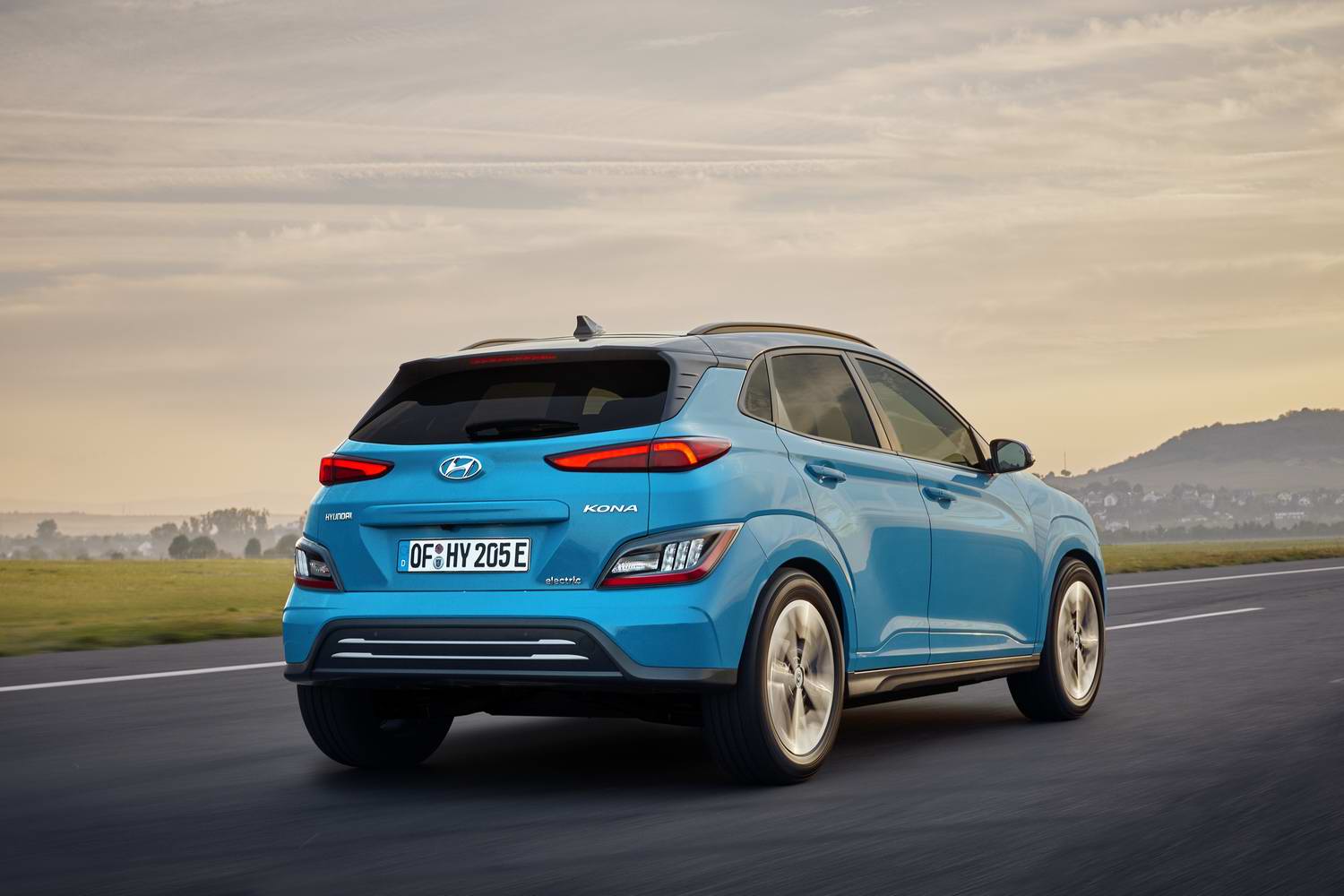 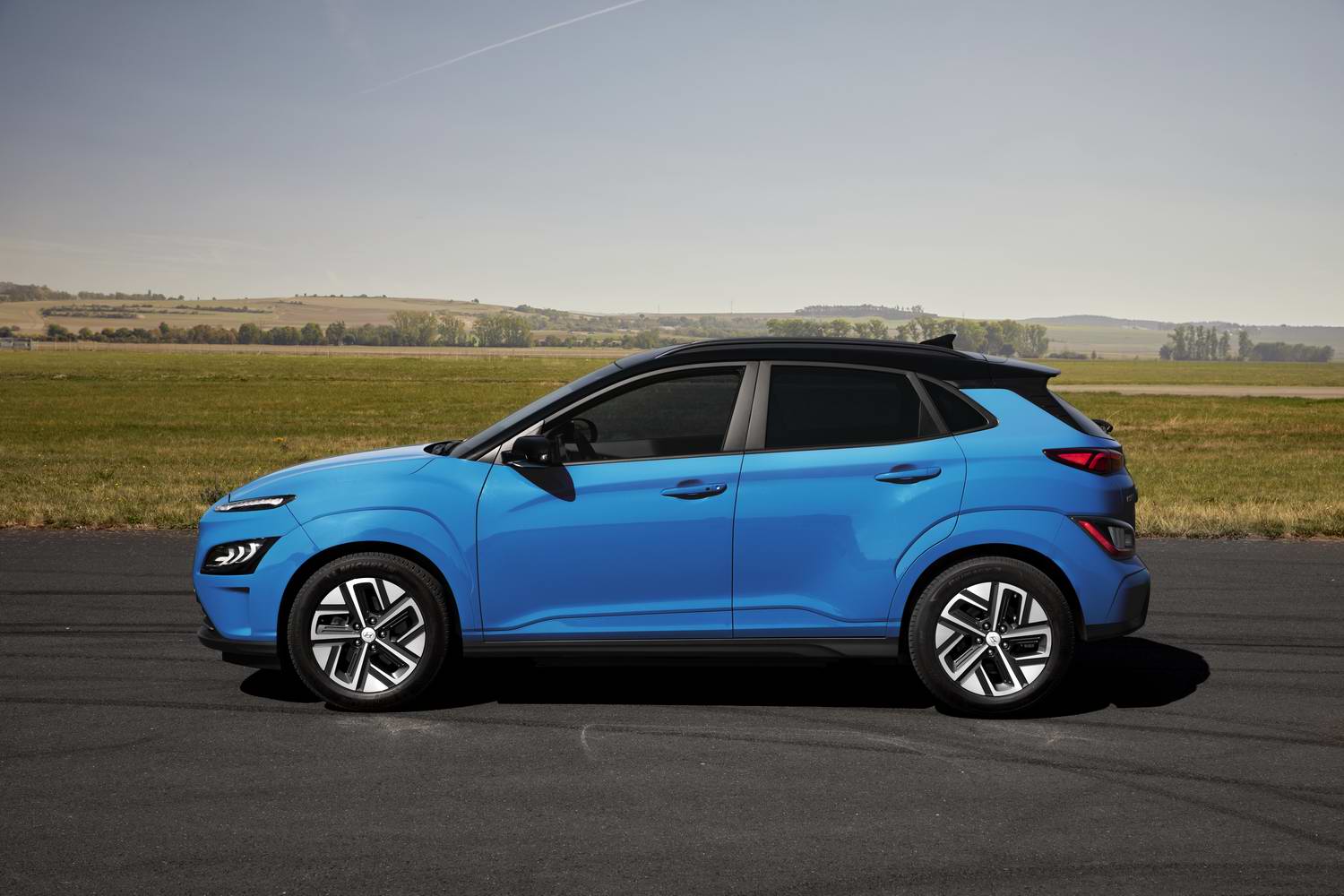 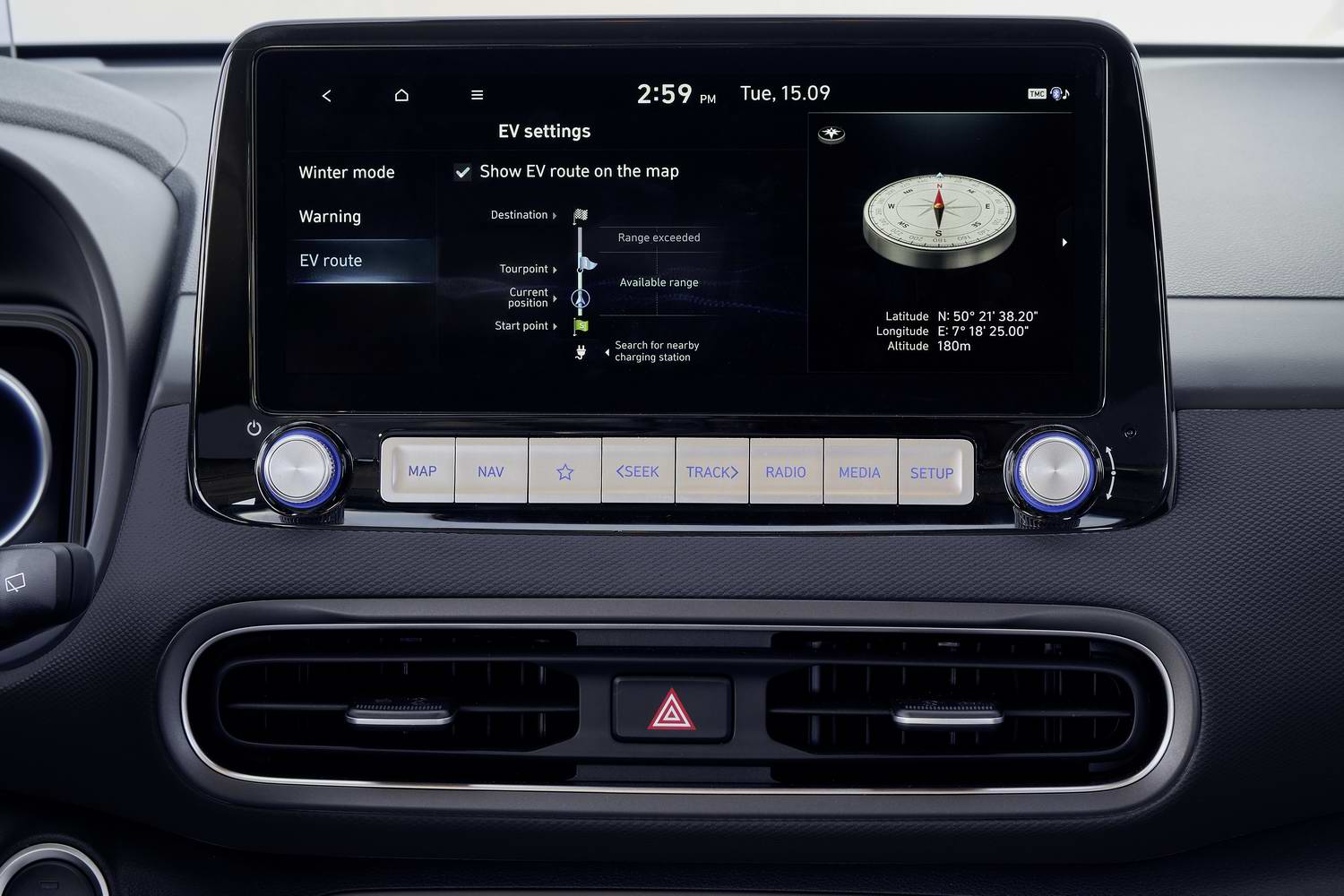 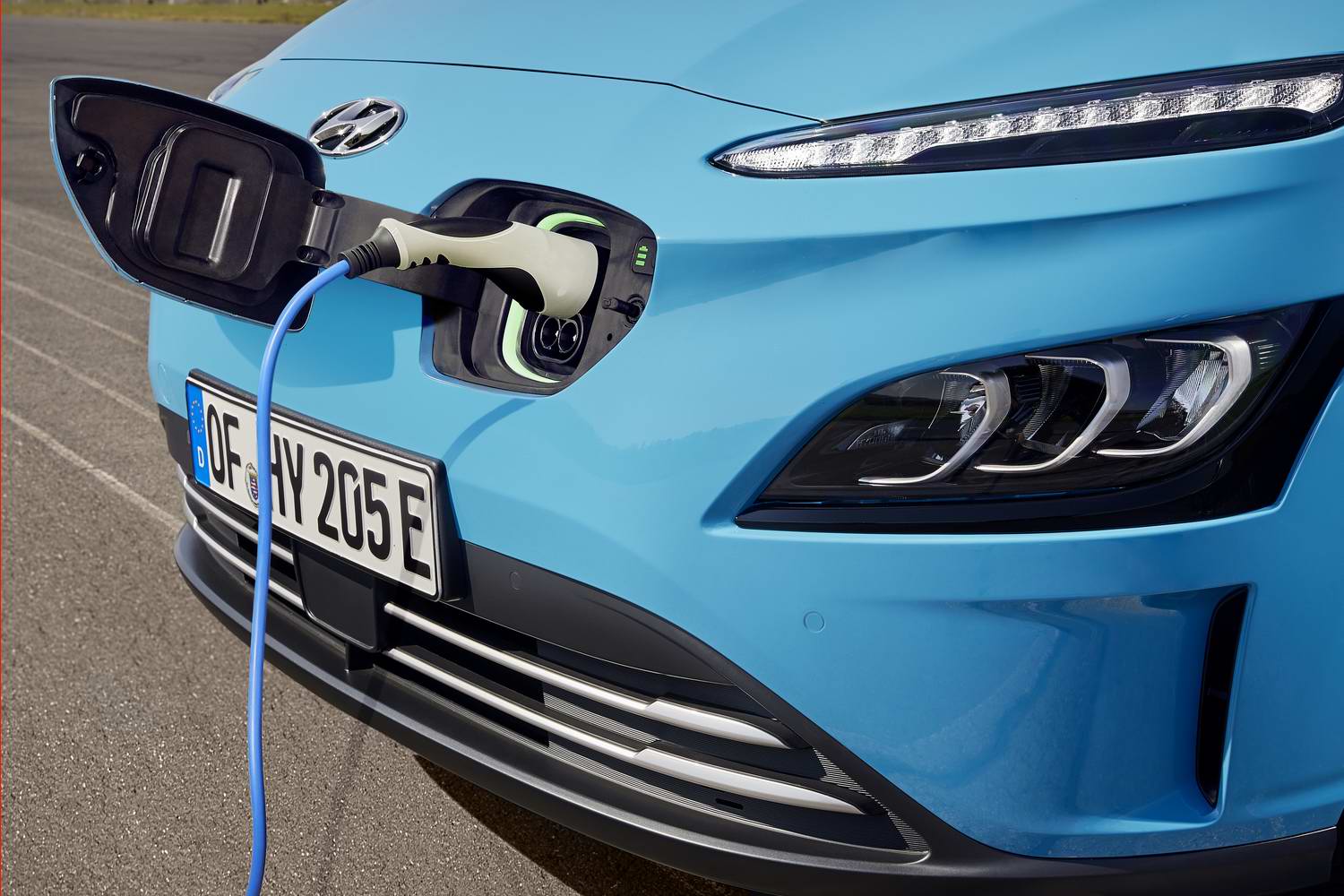 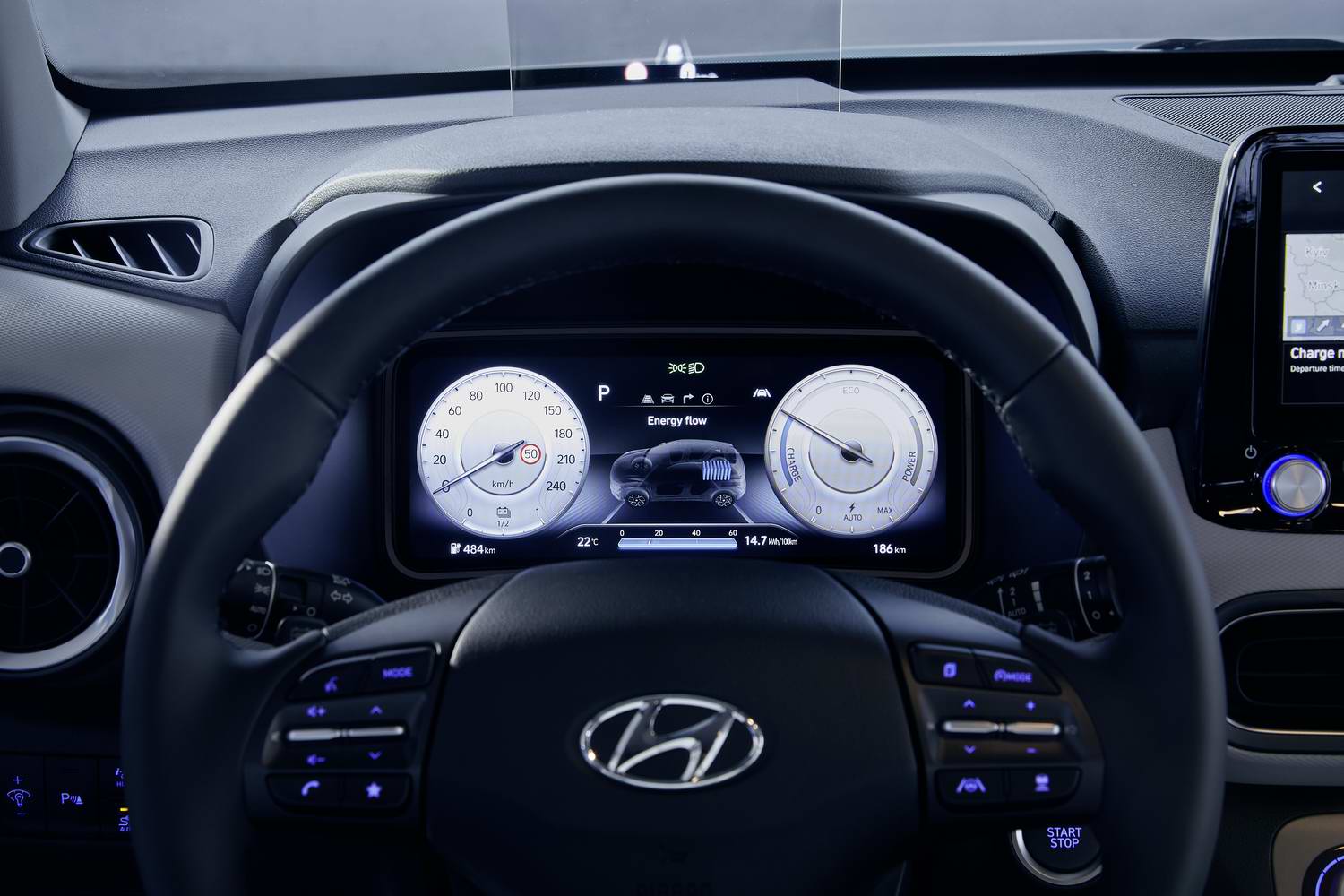 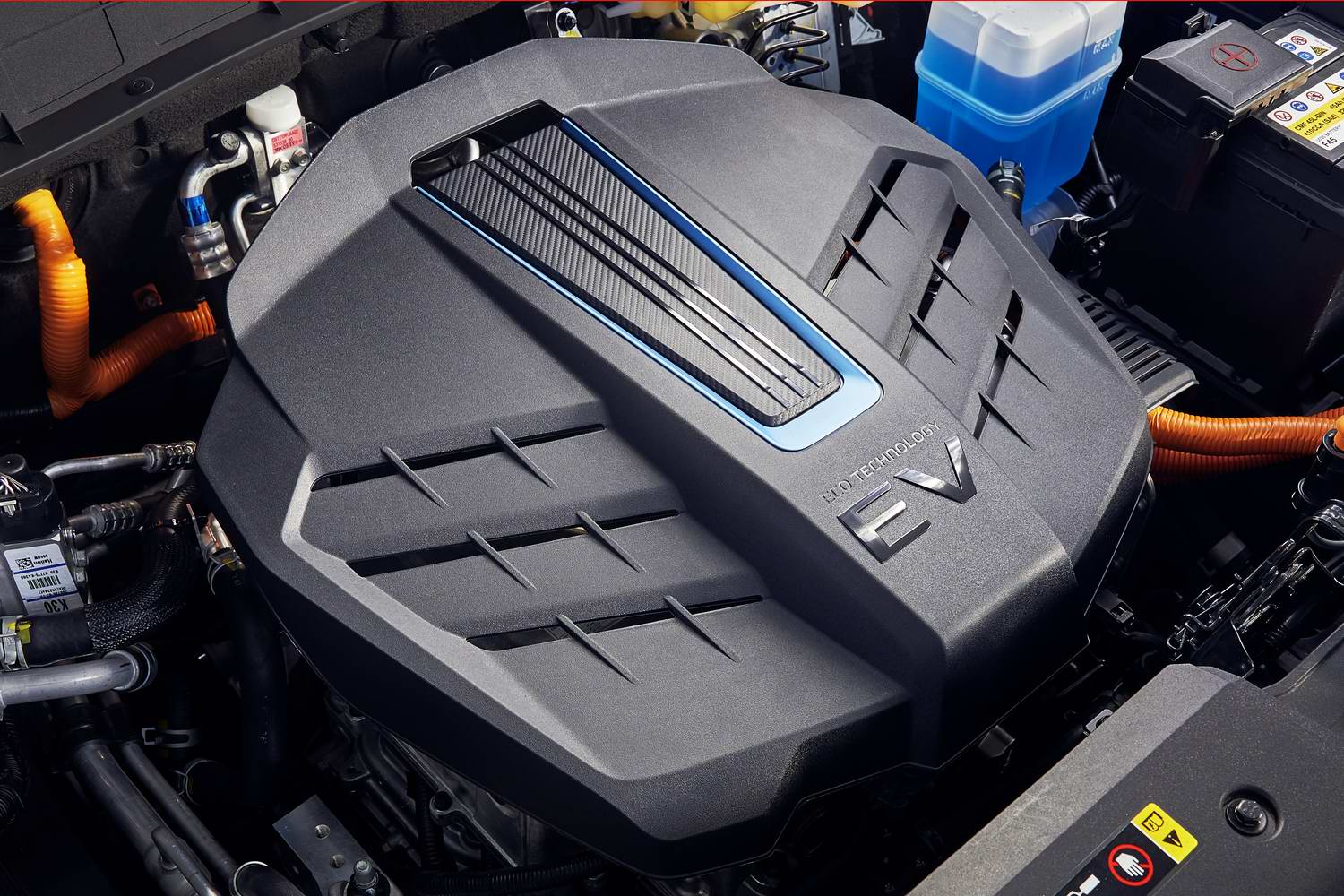 Restyled Hyundai Kona EV gets minor increase in range, too.

Hyundai has given its Kona Electric some of the same updates and upgrades that have already been applied to the rest of the compact crossover line-up, but it's also taken the opportunity to add a bit of extra range.

While the Kona Electric keeps the same 64kWh battery as before, Hyundai says that it has tweaked the car's standard-fit tyres, which, thanks to lower rolling resistance, mean that the Kona can now go for a claimed 483km between charges, according to the WLTP test. That's up from 449km previously.

There is a Kona Electric with a smaller, 39.2kWh battery by the way, which offers a range of 304km, but that version isn't sold in Ireland, so we can ignore it for now.

Other than that, the Kona's electric powertrain remains the same - a 204hp electric motor and a fast-charging capability that will allow you to fill that big battery from 10 to 80 per cent in 47 minutes from a 100kW rapid charger. There's also an on-board 10.5kW AC charging system, so that'll speed up charges from home chargers or public units a little.

On the style front, the Kona Electric now looks a lot more distinctive. Previously, it was just a Kona with a blanked-off radiator grille. Now, the styling at the front is rather more expressive, and a lot more bespoke-looking. Where the standard Kona has a grille, the Kona Electric now gets a concave swoosh, that looks almost like a beak. It's rather nice, actually.

You can have that new bodywork in some new colours, including Dive in Jeju (no, we don't know either...), Ignite Flame, Misty Jungle, Surfy Blue and Cyber Grey.

Inside, there's a new 10.25-inch digital instrument cluster and an optional matching 10.25-inch central touchscreen. That comes with Apple CarPlay and Android Auto, as well as Hyundai's new Bluelink system. This connects to an app on your smartphone and displays the vehicle's range and battery state, as well as charging times, when plugged into different public or private charging points. Users can access an advanced battery management system in order to select charging times that best fit their schedule or their budget by making the most of off-peak electricity rates.

There's also a 'last-mile' navigation feature that hands-off a destination set on the car's navigation to your phone, so that you can keep following it on foot, as well as functions such as live parking info, traffic forecasting, more precise times of arrival and more reliable route recalculations.

Hyundai has also upgraded the Kona Electric's safety suite, and added such functions as blind-spot collision avoidance (which tugs the steering to stop you pulling out into the path of a car in your blind spot), rear cross traffic collision avoidance (which stops you reversing out into oncoming traffic), leading vehicle departure alert (which lets you know that the car in front in traffic has pulled away), safe exit warning (like cross-traffic warning, but helps stop you opening the door into the path of an approaching cyclist) and rear seat alert (which reminds you that someone's in the back seat when you go to leave the car).

There are also some new convenience features such as heated rear seats and more USB sockets.

Irish pricing for the updated Kona Electric has yet to be confirmed, as it won't arrive in Ireland until April 2021.