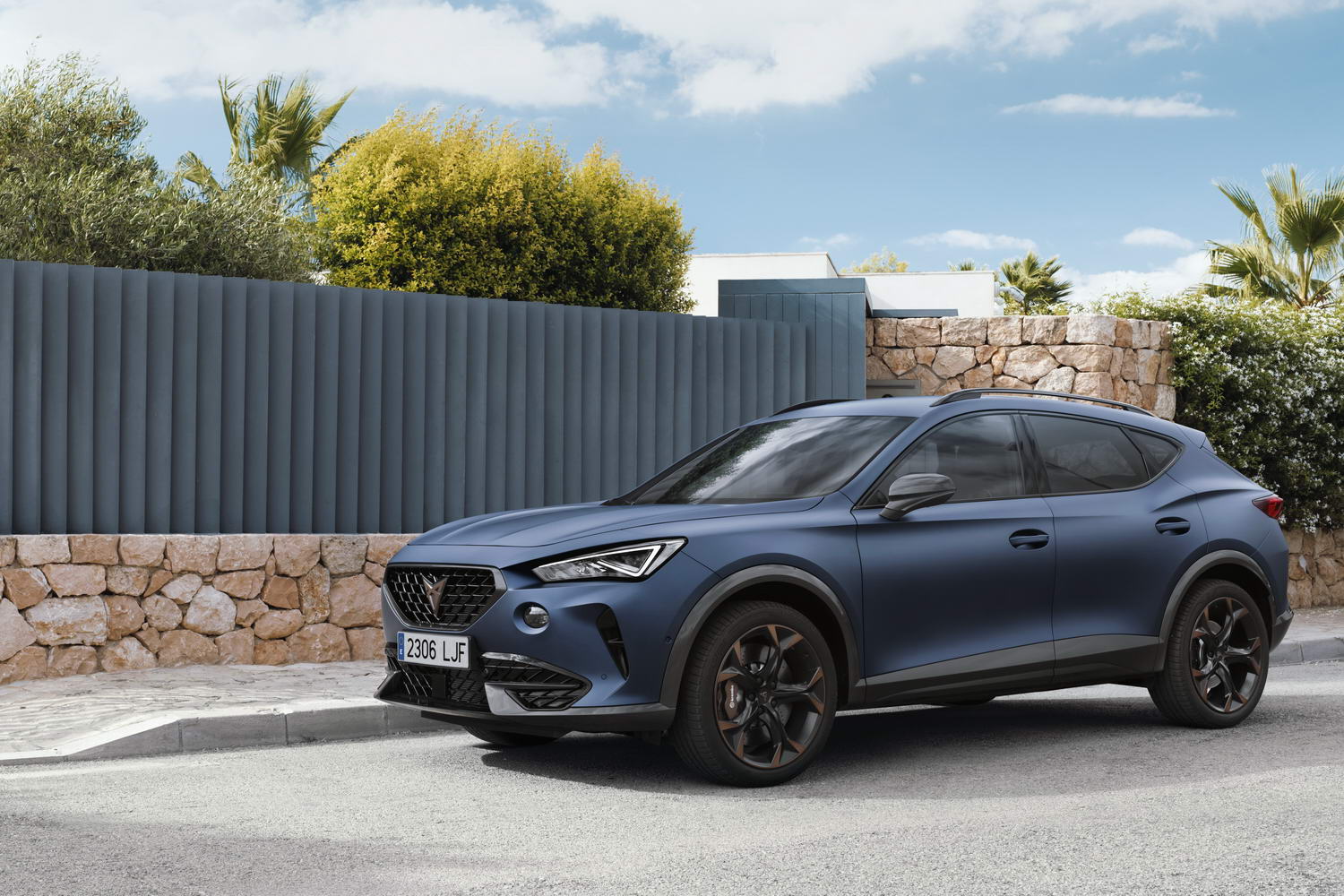 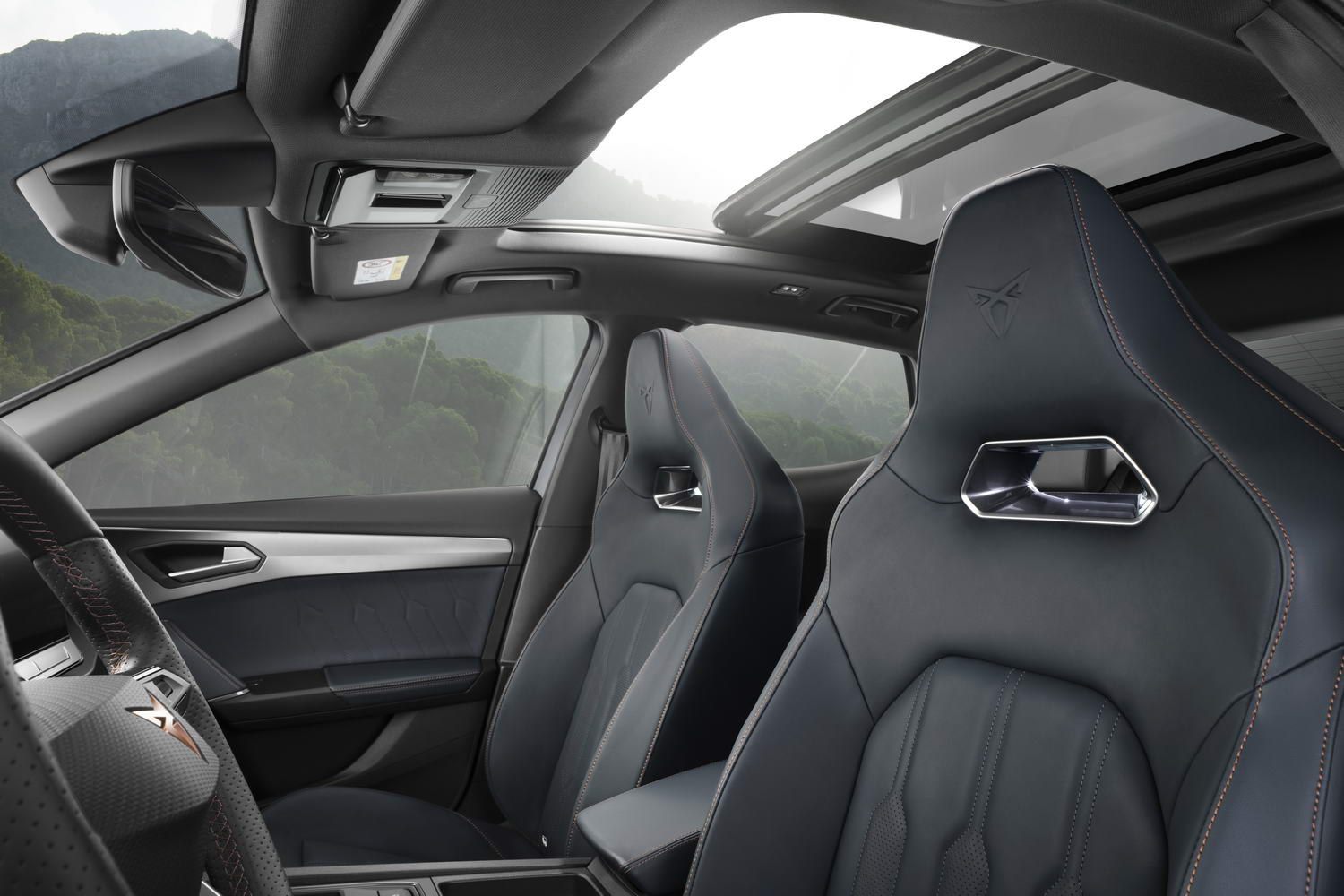 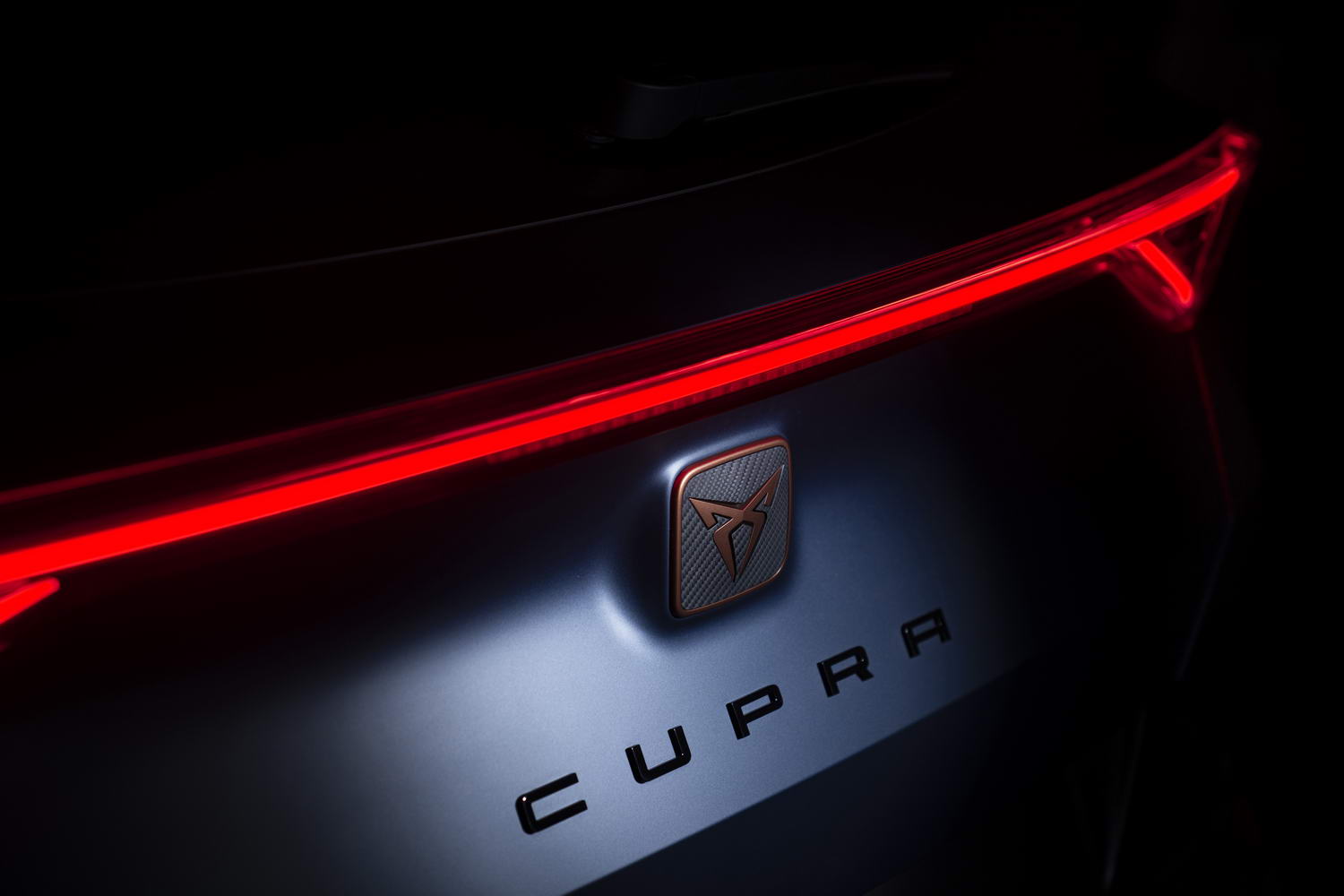 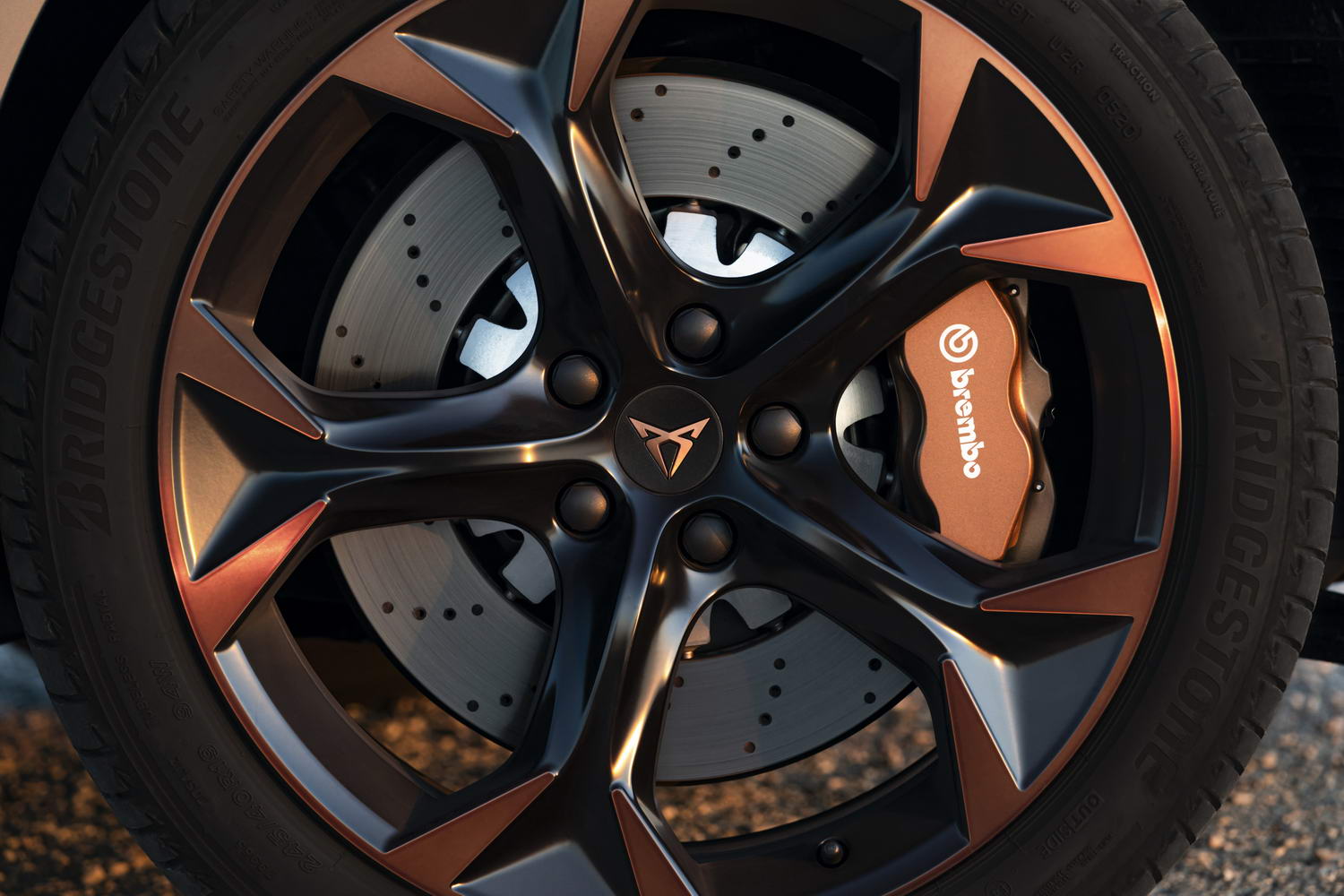 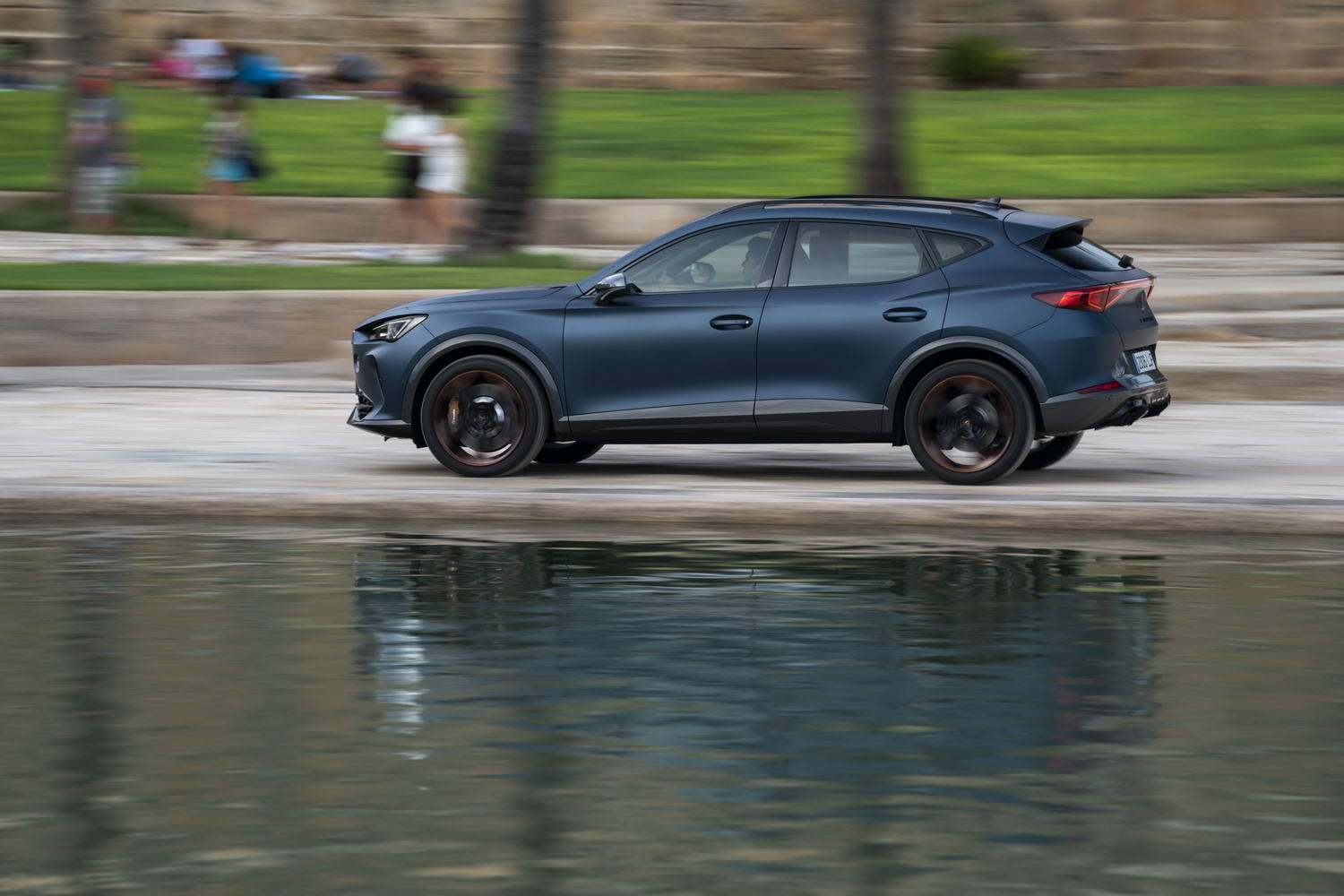 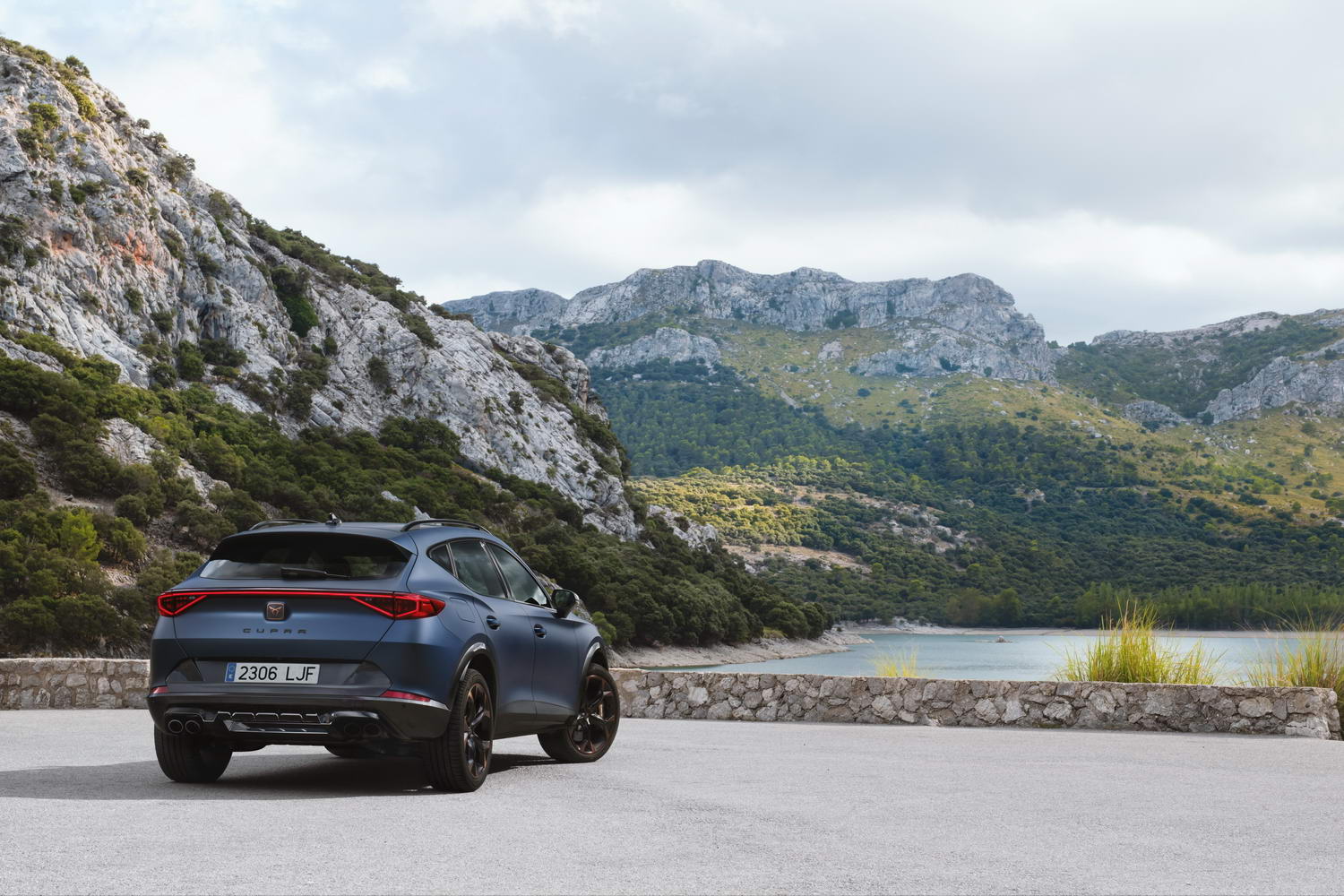 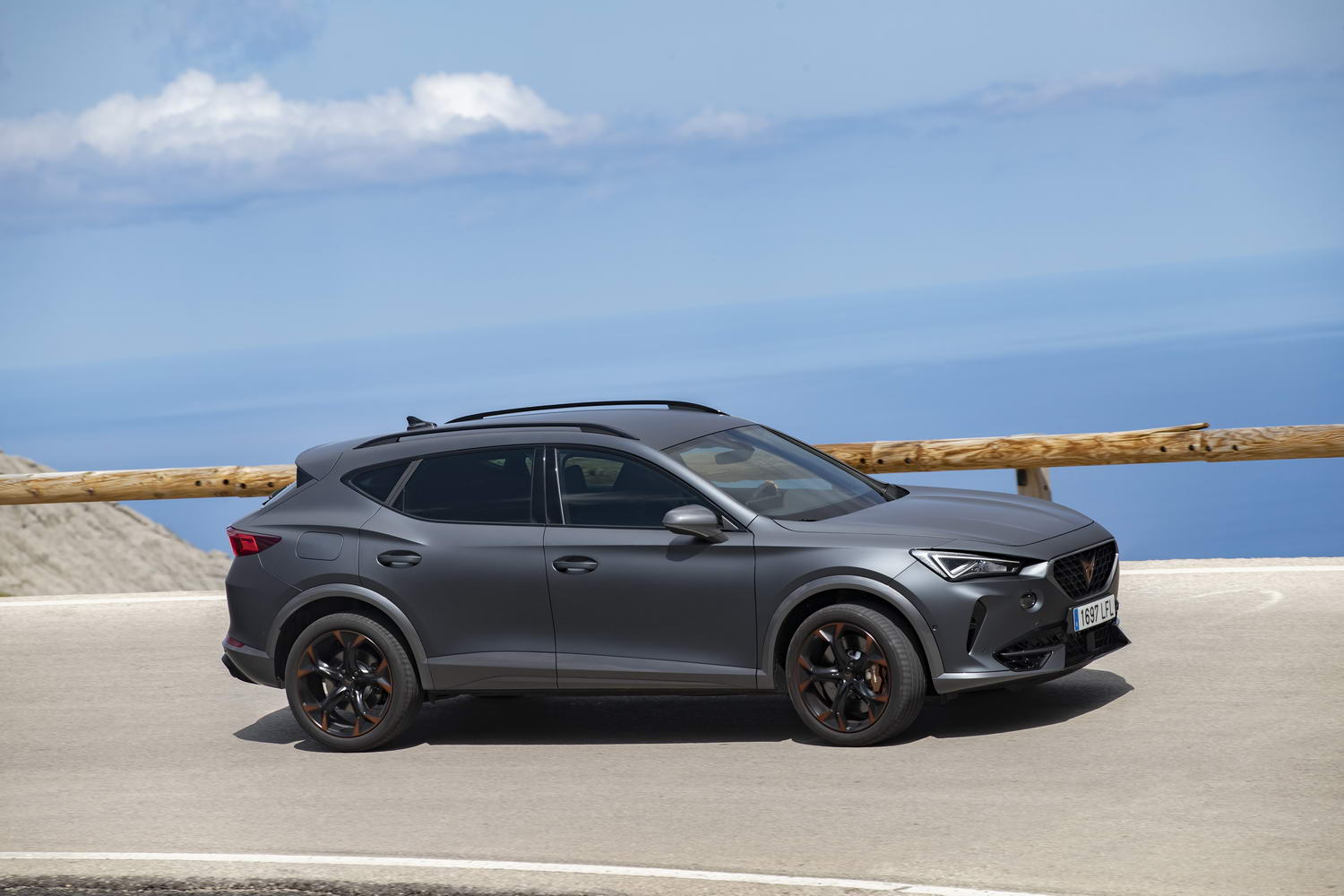 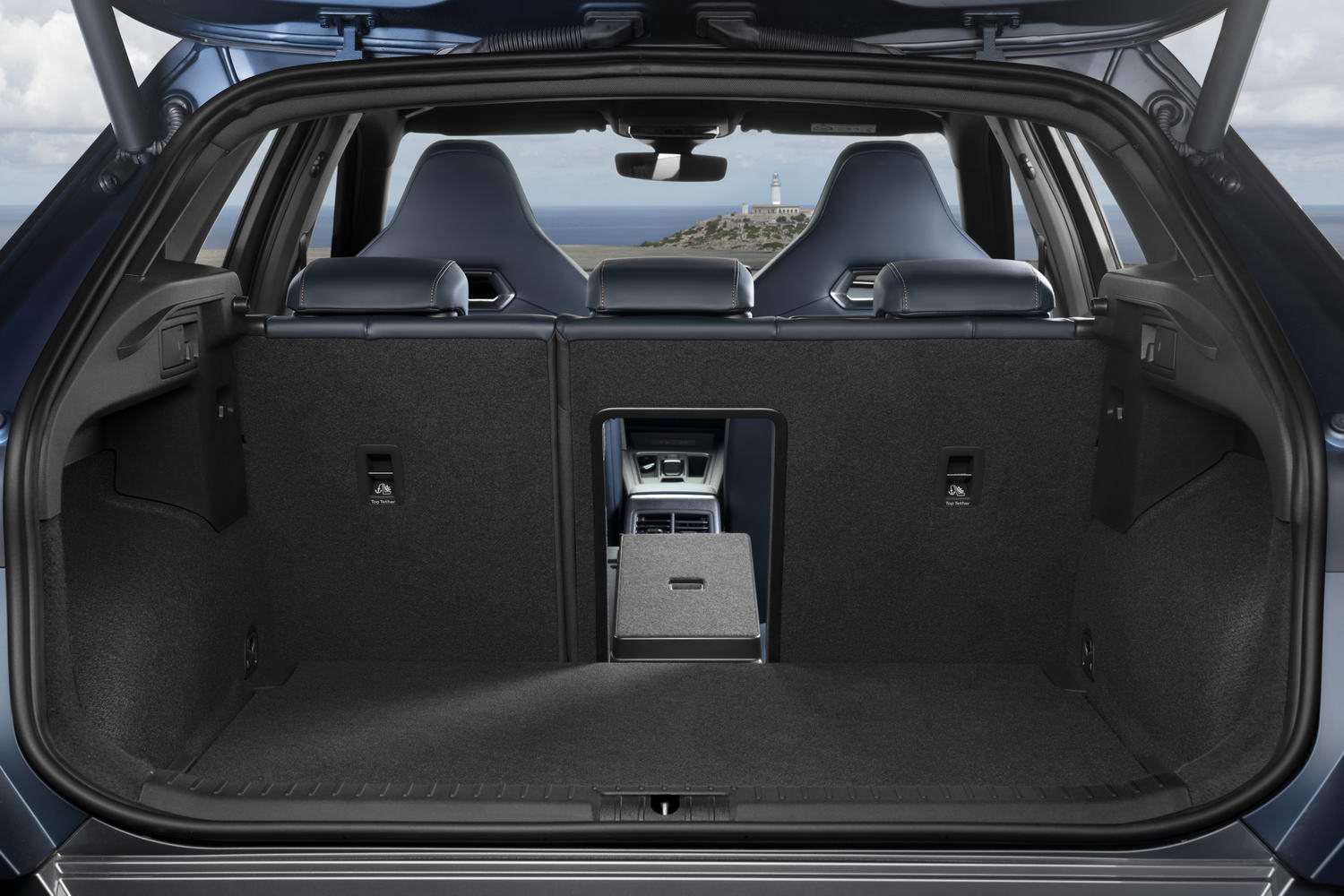 Cupra Formentor will cost from €35,945 in Ireland.

The Cupra Formentor is the first model that has been designed exclusively for the new performance brand, and it will cost from €35,945 when it goes on sale in Ireland this December. That price is based on the entry-level 1.5-litre petrol variant that has a 150hp output. Opt for that engine with the DSG automatic transmission and the price increases to €37,845. However, those prices are set to increase in 2021 when the new VRT rates announced in the recent Budget come into effect. It will see the price of the manual 1.5 TSI increase to €36,535, but the automatic fares worse, increasing in price to €40,220. There will also be a 2.0-litre diesel version of the Cupra Formentor, available with both manual and automatic gearboxes with an output of 150hp, and a 204hp plug-in hybrid model with a 1.4-litre TSI petrol engine.

There will be more potent versions of the sporty crossover, too, which will carry the Formentor VZ name, VZ standing for 'veloz' in Spanish, translated from quick or fast. The first of these will be a plug-in hybrid Formentor with a maximum power output of 245hp.

Pricing for the more powerful Cupra Formentor VZ, which is powered by a 310hp 2.0-litre turbocharged four-cylinder petrol engine with all-wheel drive, is higher, starting at €57,910. This model will also see a price increase in 2021, rising to €63,380. Pricing for the diesel and plug-in hybrid models is still to be announced.

Along with the roll-out of an expanding Cupra model range, the dealer network in Ireland has taken shape with four locations now confirmed. Johnson and Perrott will represent the brand at its Mahon Point site in Cork, while James Barry Motors in Limerick will accommodate the west of the country. In Dublin, Bright Cupra in Airside will be joined by McCoy Motors in Lucan. These four locations will have exclusive Cupra areas as part of the existing SEAT showrooms.

Commenting on the pricing announcement, Niall Phillips, Brand Director for SEAT and Cupra Ireland, said: "We are delighted to be introducing the Cupra Formentor to the Irish market. It's a very exciting time for the brand as we welcome three new Cupra retailers to the network and launch an advanced premium crossover, the Cupra Formentor - the brand's first standalone vehicle. Since its launch in 2018 the Cupra brand has exceeded expectations and with plans to increase our retail network further in Ireland by 2022, we're really excited about the journey ahead and look forward to adding more Cupra retailers to our network and models in the showroom as the brand continues to grow."

Read our first drive review of the 2021 Cupra Formentor here