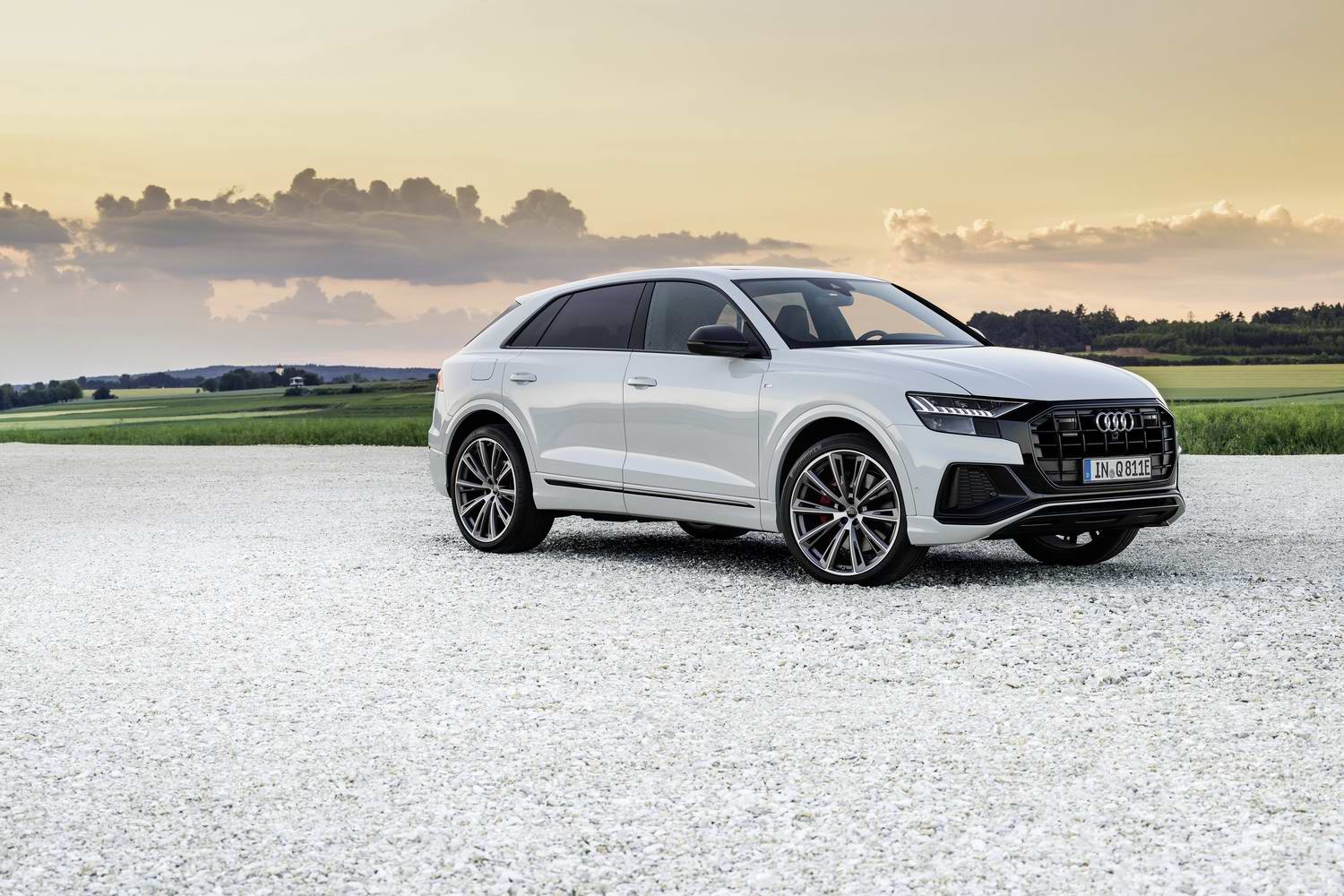 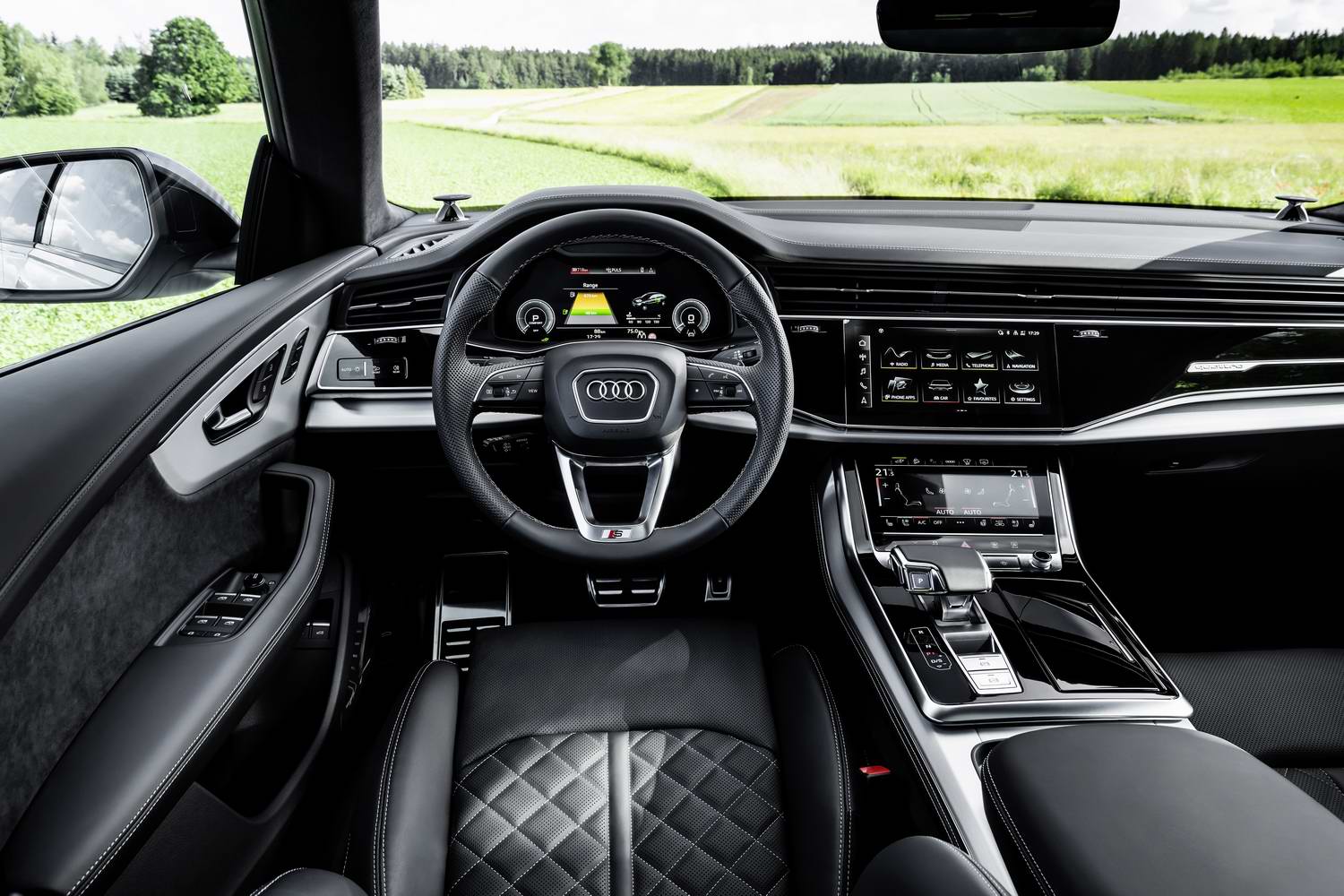 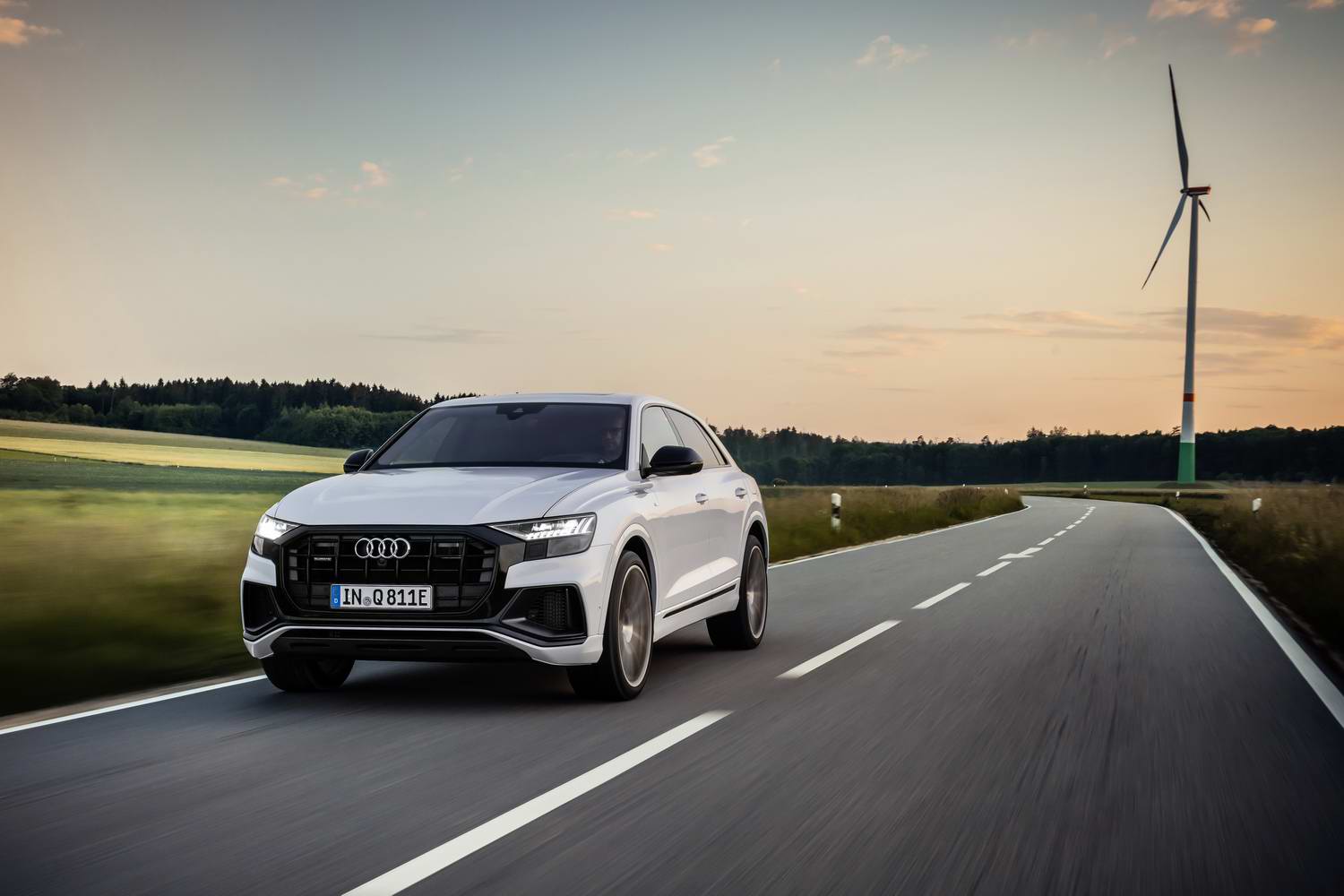 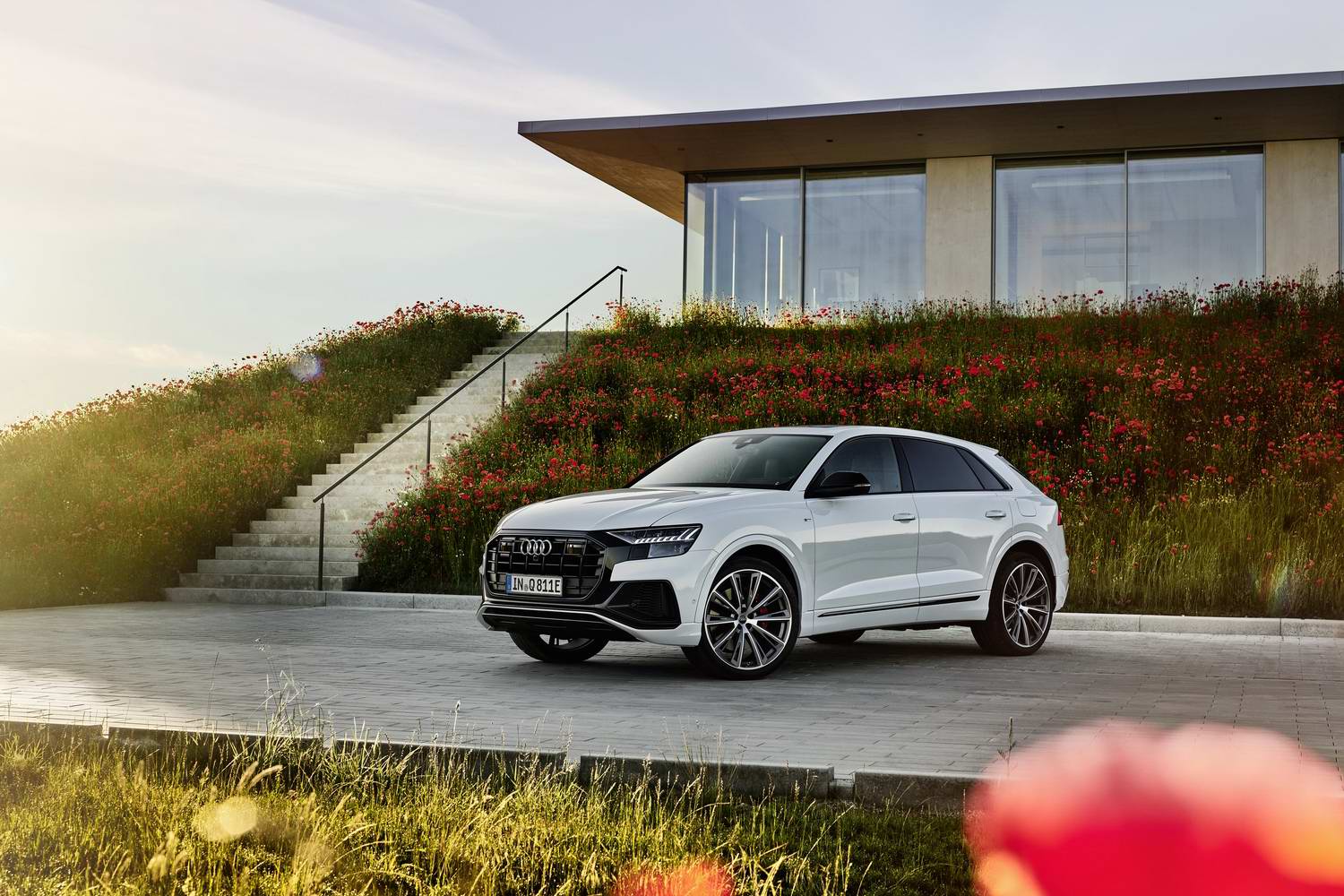 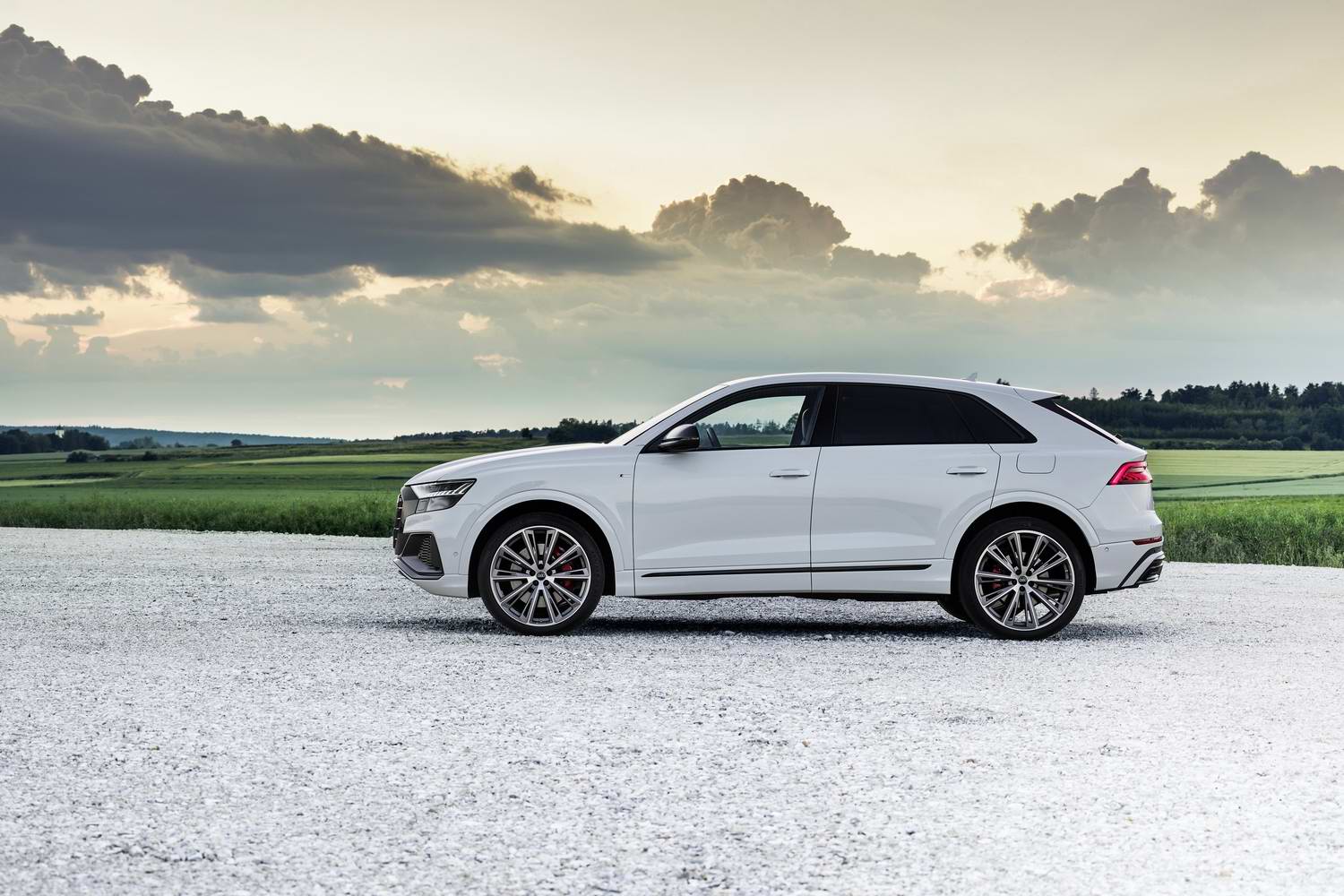 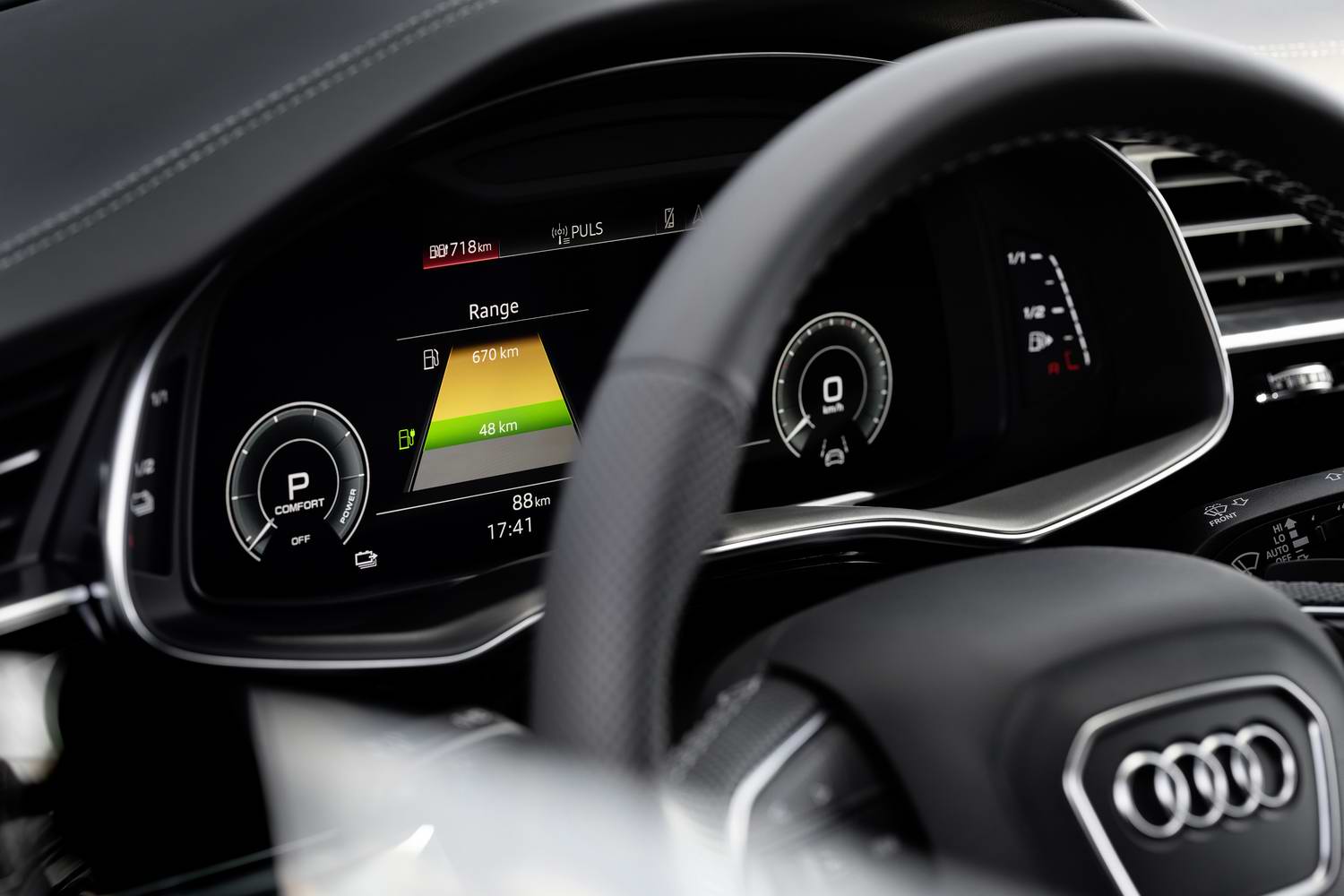 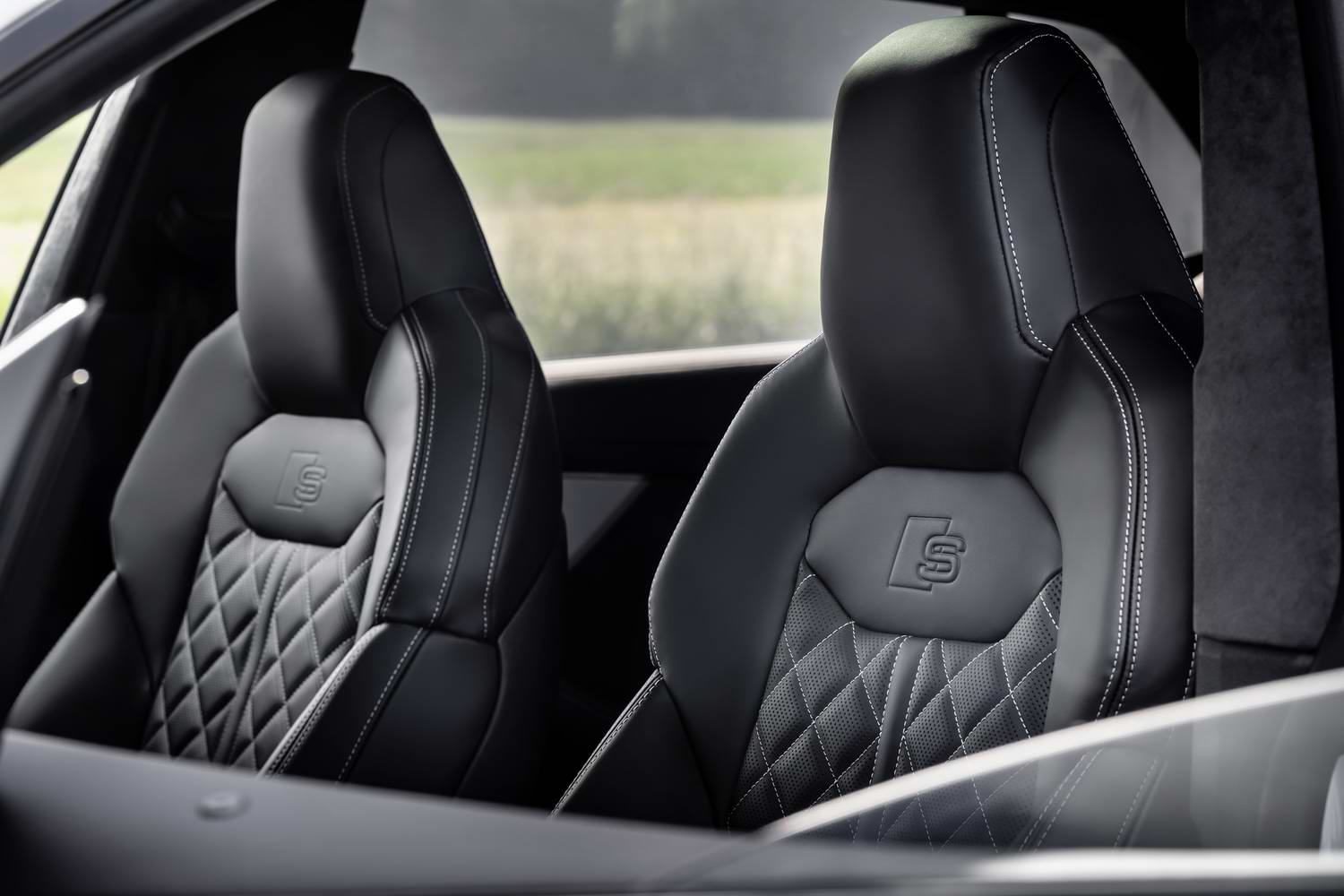 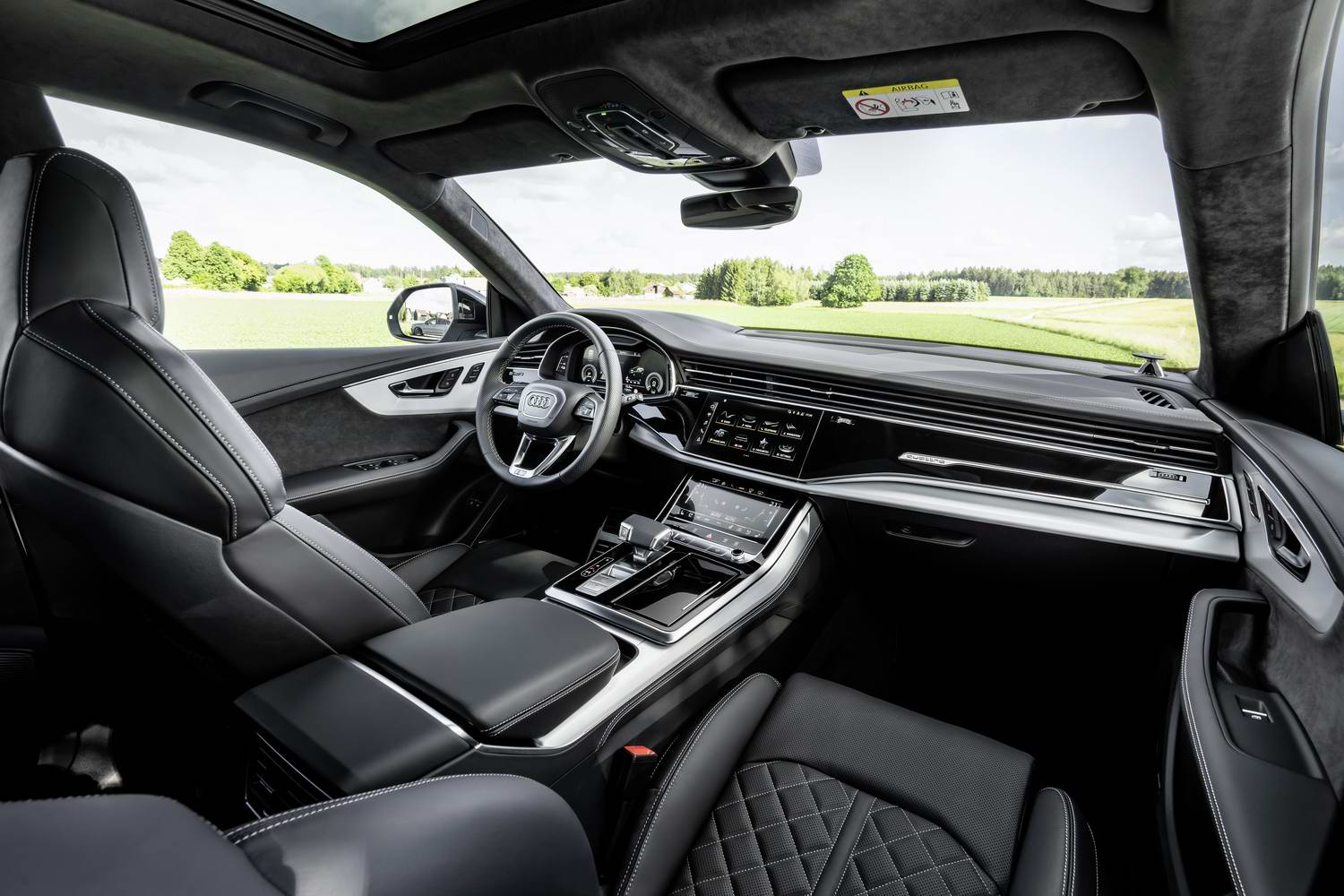 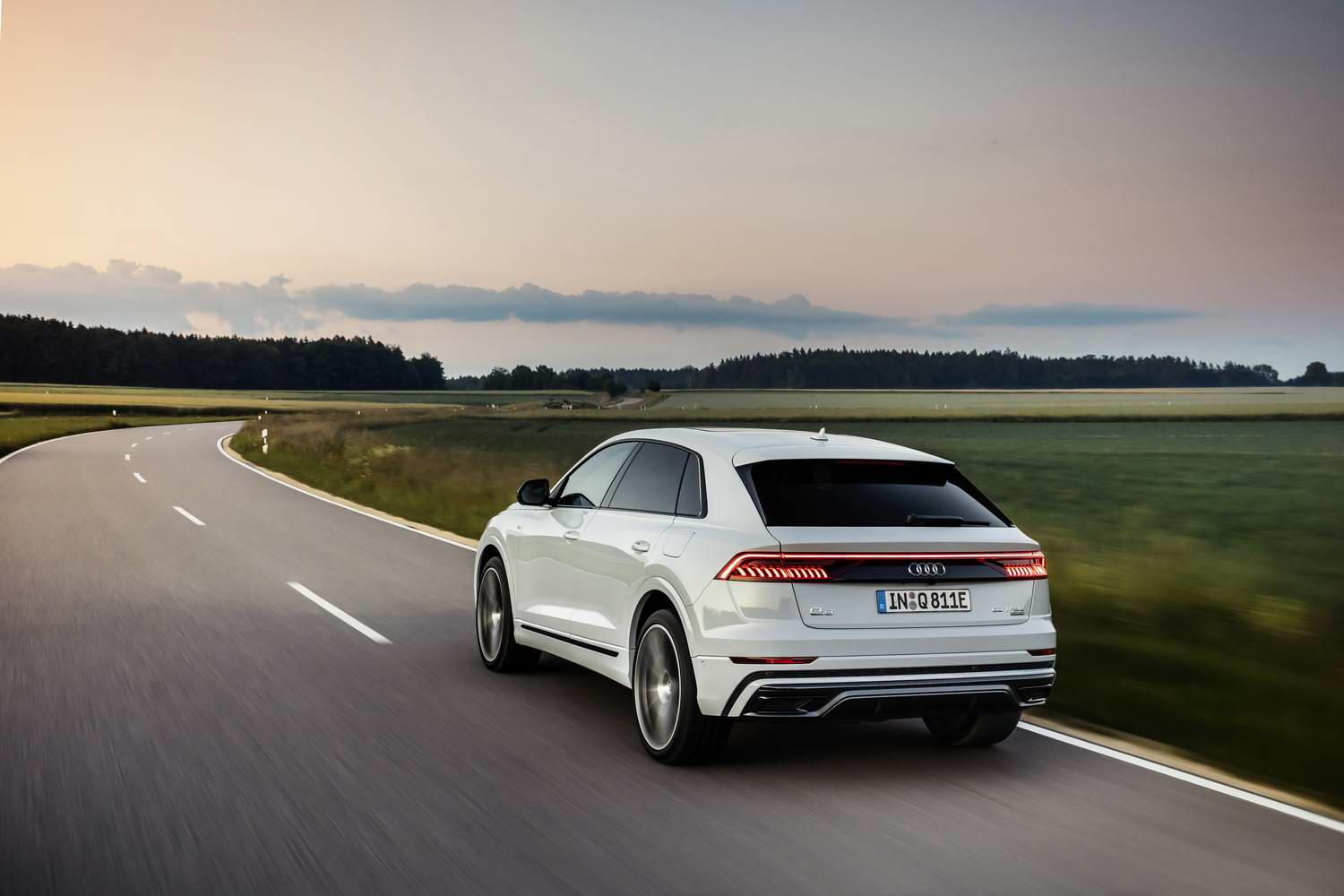 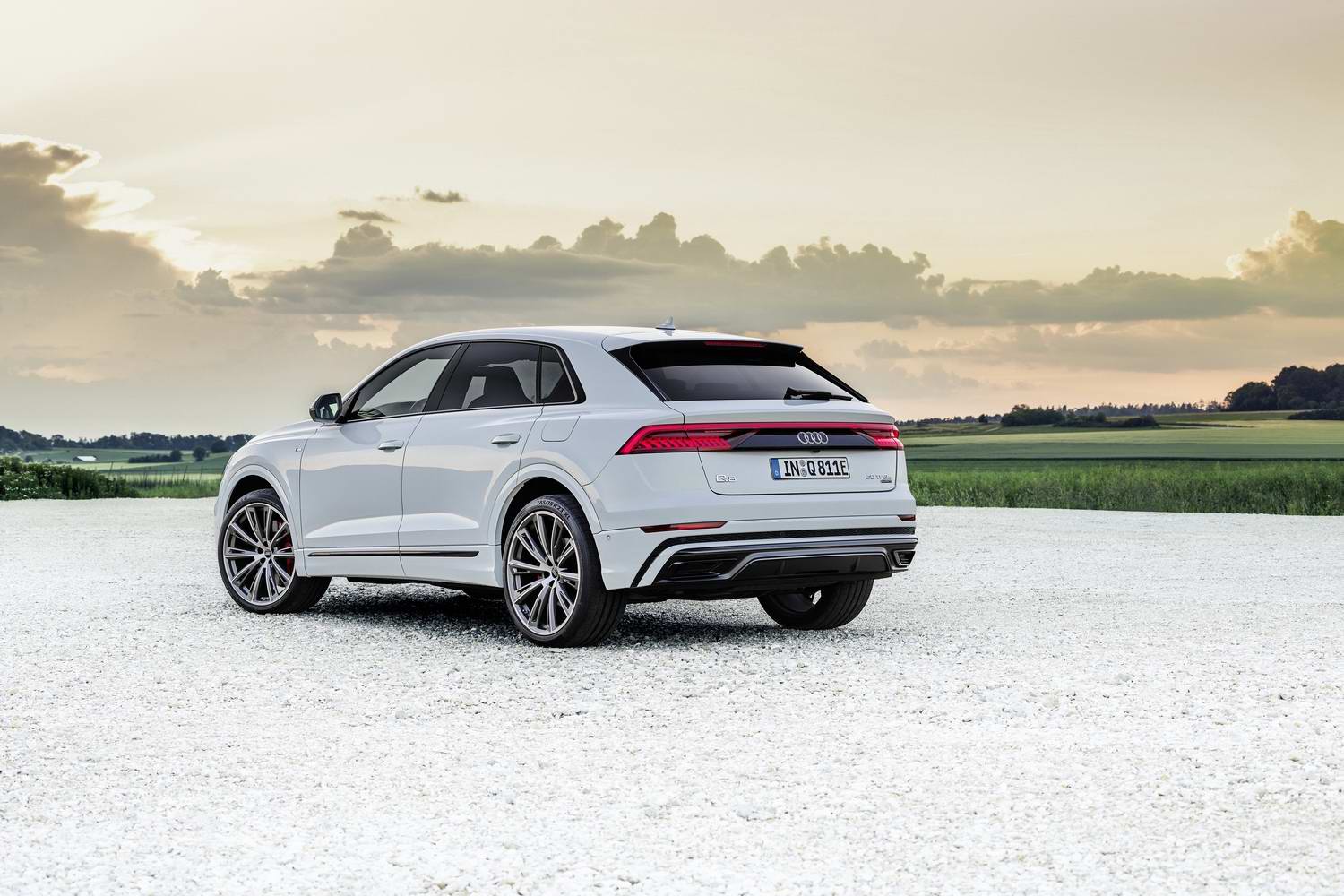 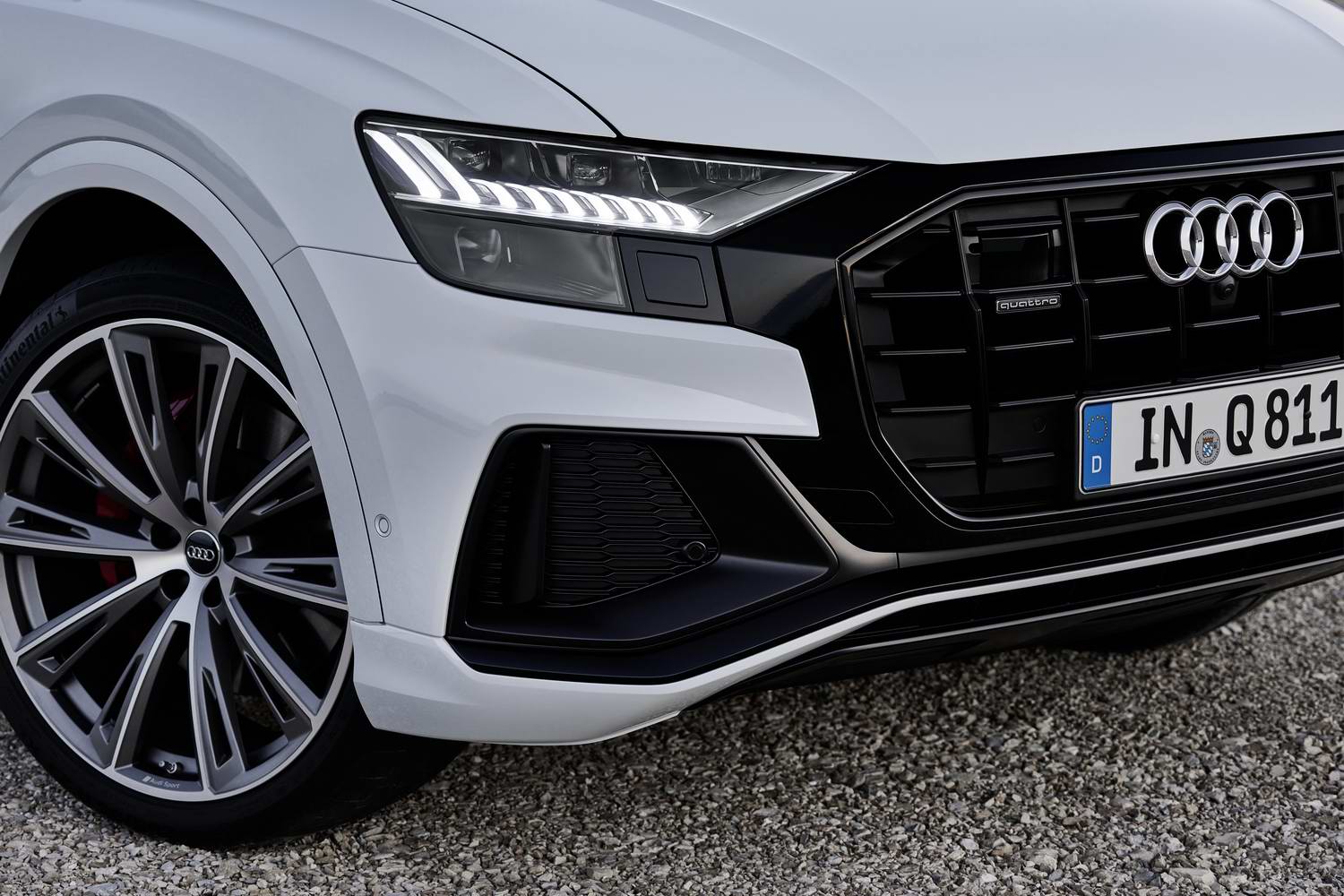 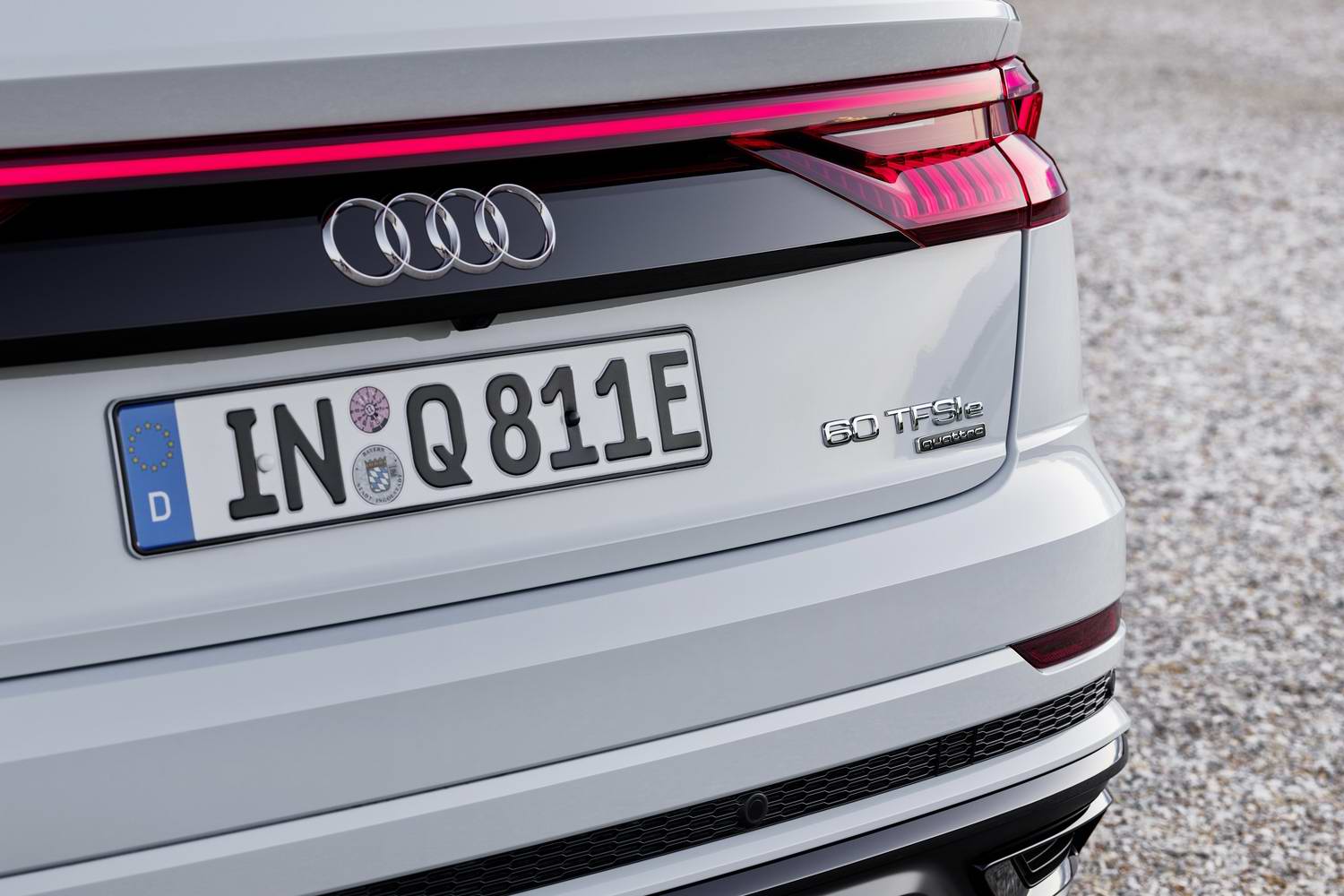 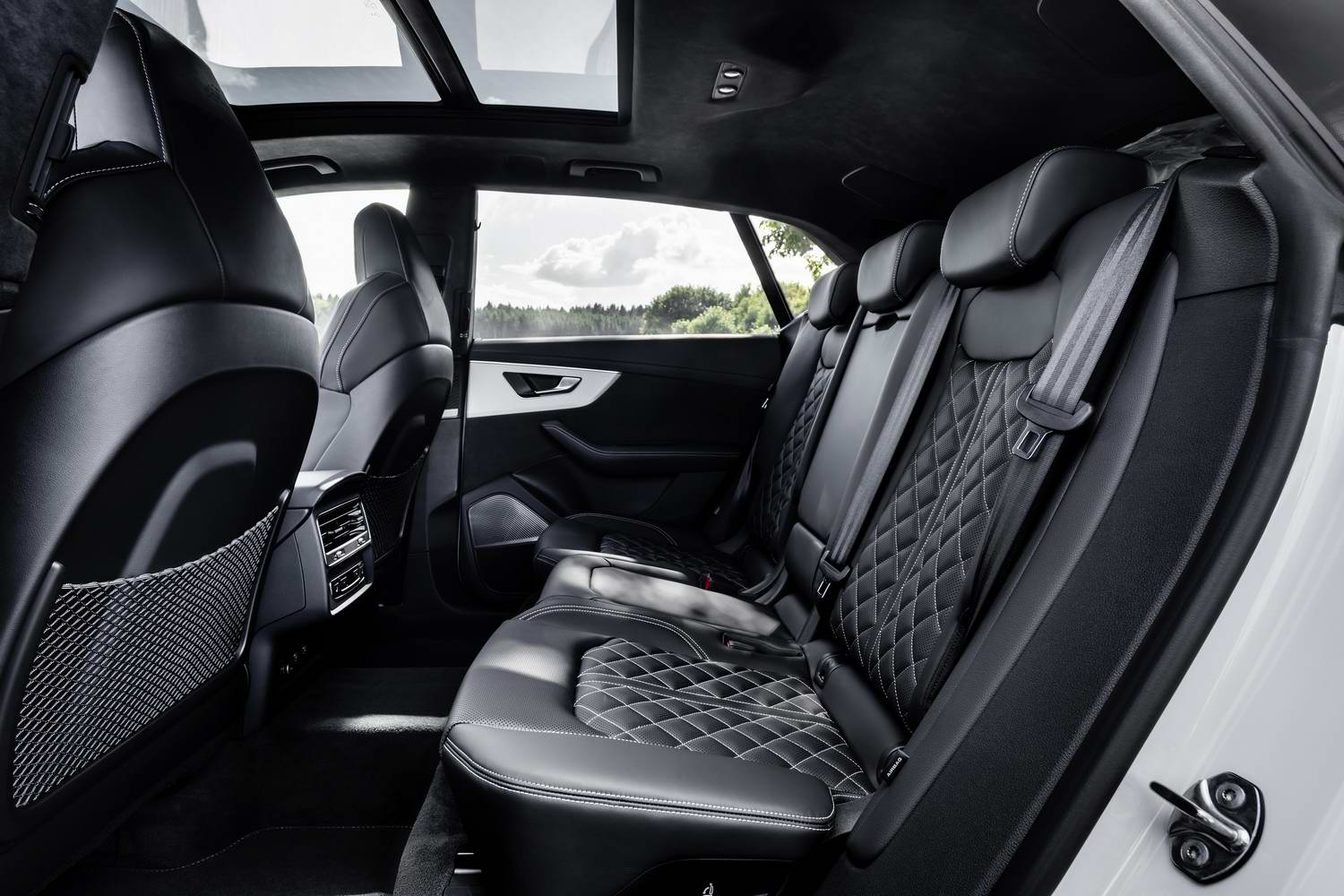 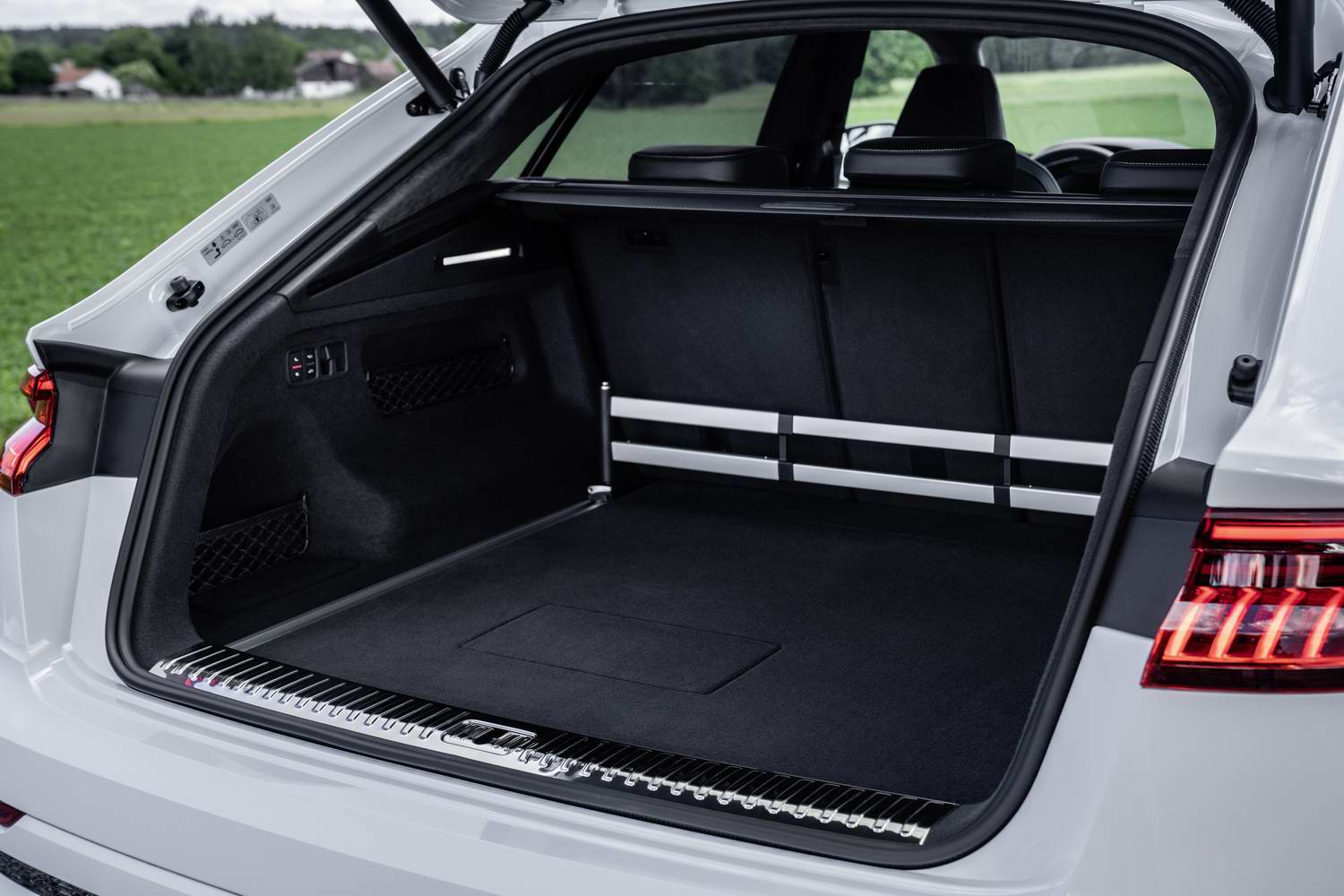 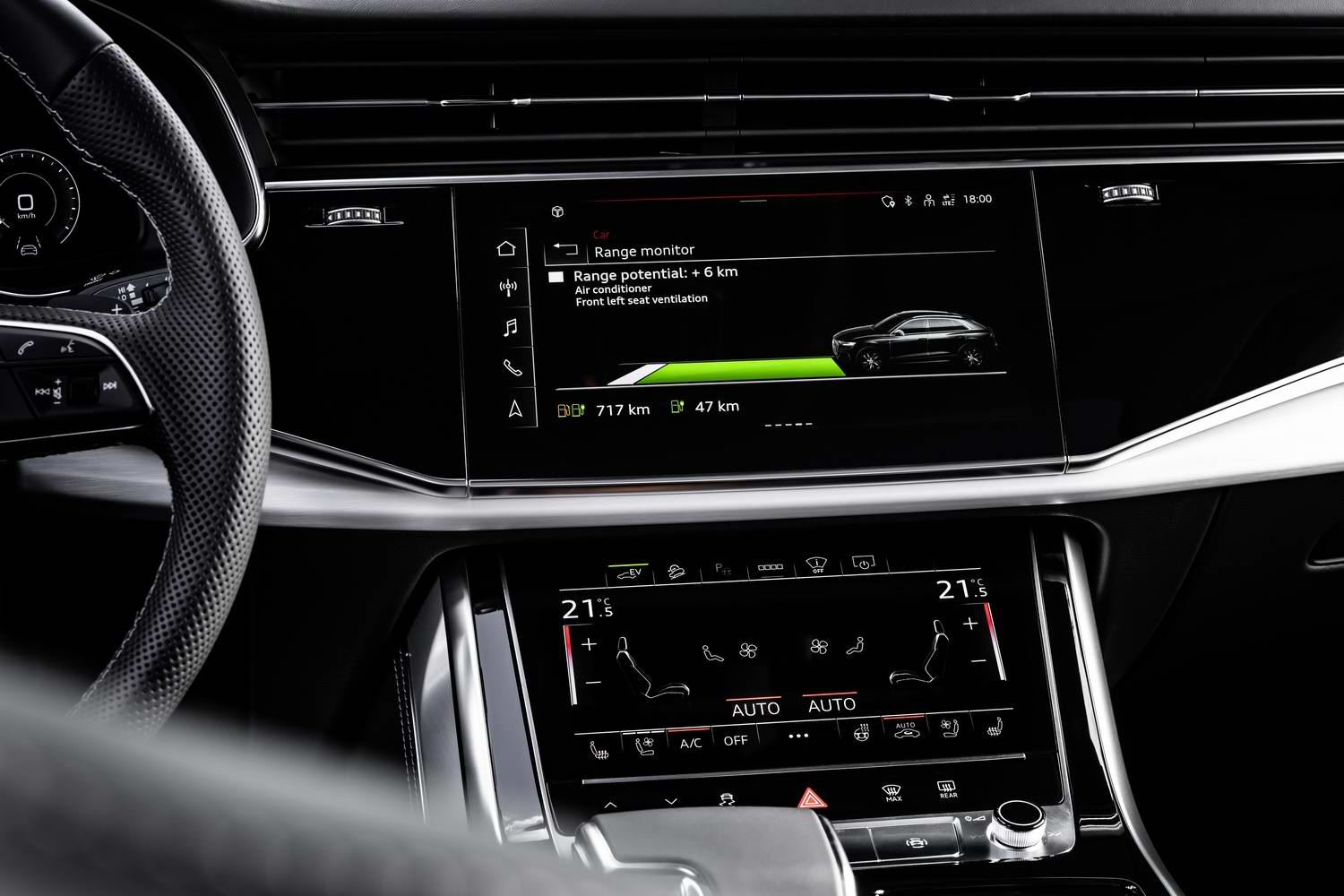 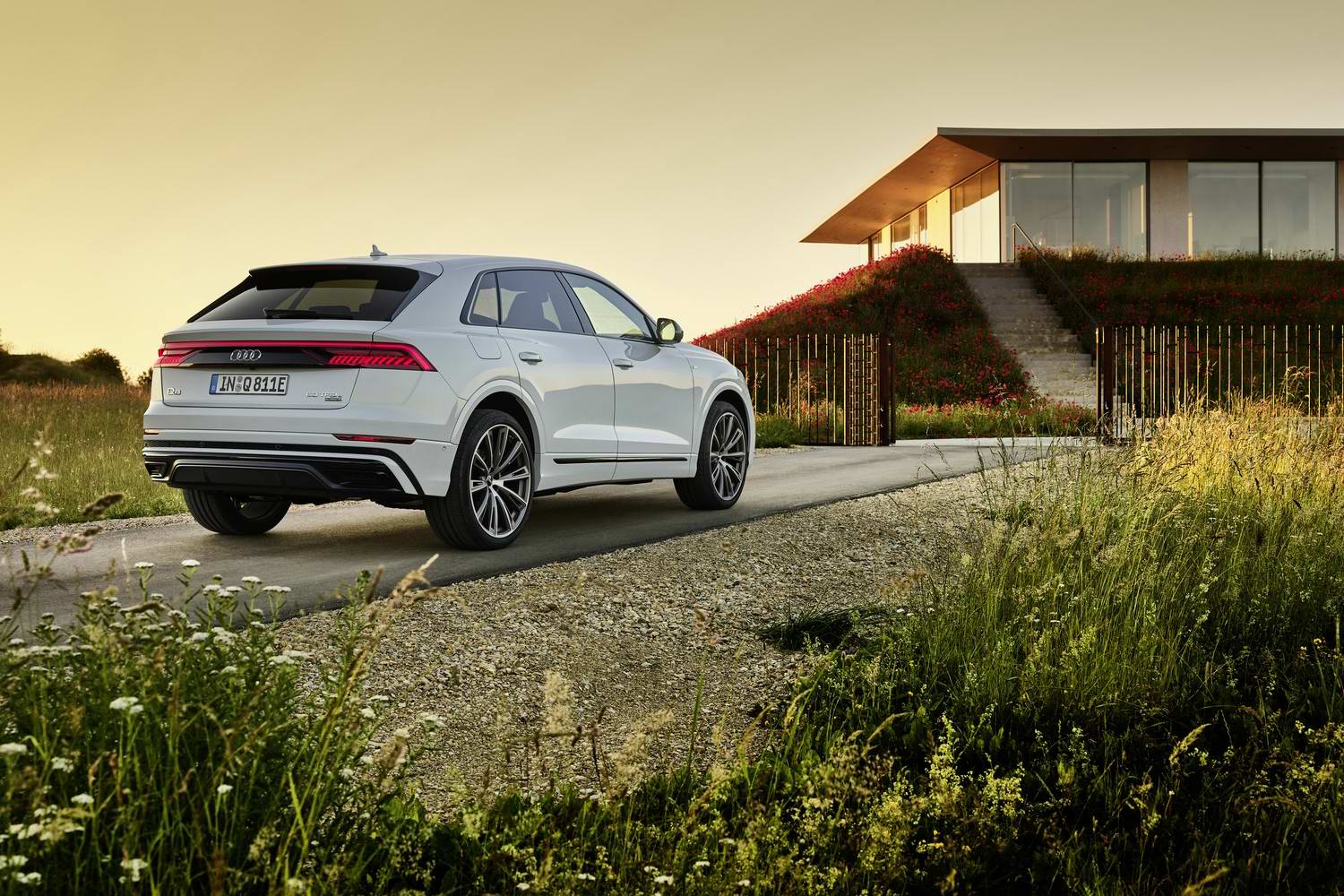 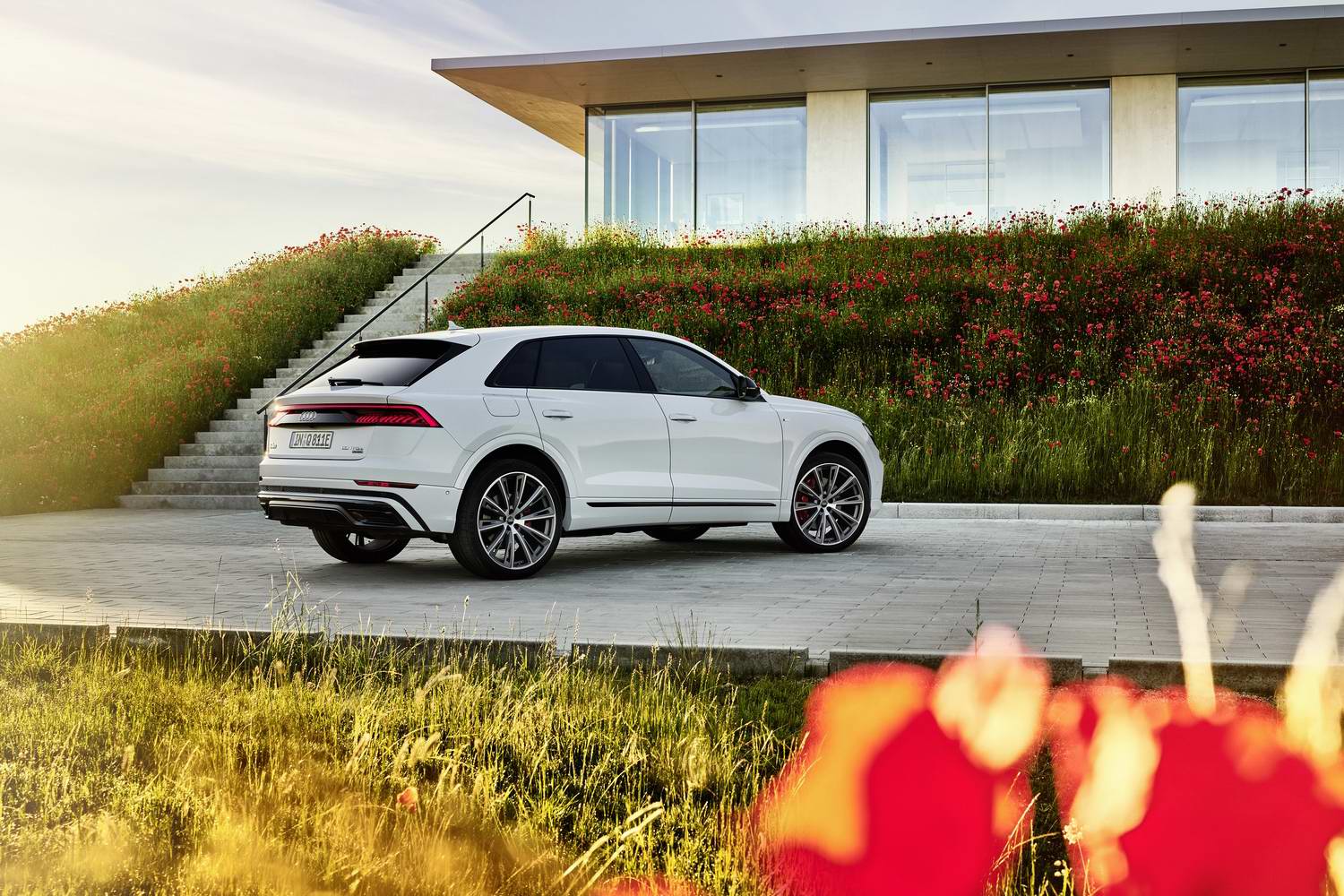 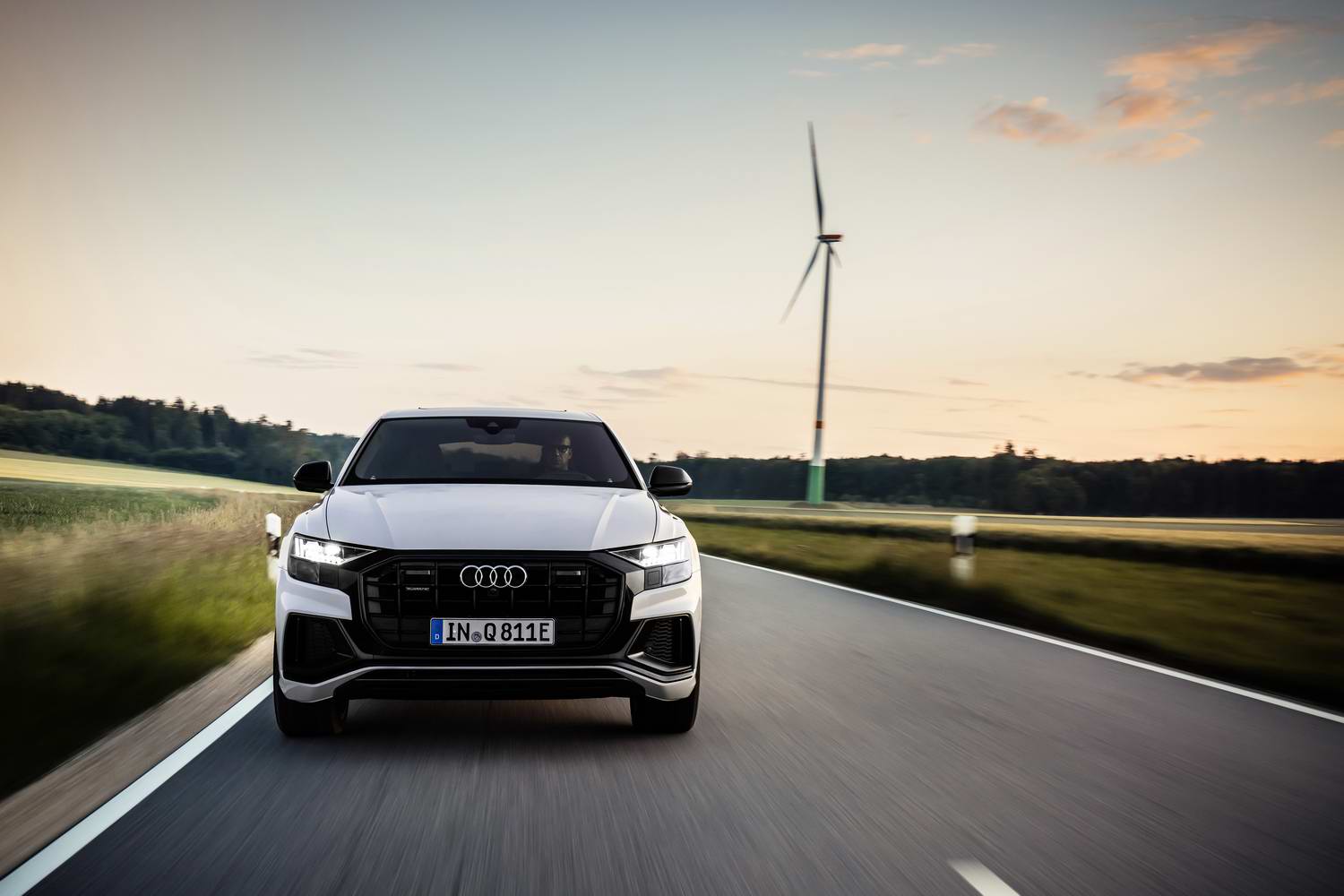 The Audi Q8 TFSI e quattro is a plug-in hybrid with ultra-low emissions.

The Audi Q8 range-topping SUV will be offered in two new plug-in hybrid forms from 2021, with an electric-only range of up to 47 kilometres and quattro four-wheel drive. It goes on sale in Ireland early next year.

Under the shapely bonnet of the new Audi Q8 TFSI e is a 3.0-litre V6 TFSI petrol engine making up to 340hp and 450Nm of torque. An electric motor sits between the engine and the eight-speed automatic gearbox, while a lithium-ion battery pack of 17.8kWh capacity sits under the floor of the boot, reducing seats-up luggage capacity by 100 litres, to 505 litres. The Q8's all-wheel-drive 'quattro' system is therefore operational whether the car is operating in petrol, electric or hybrid guises and, while the default split between the front and rear axles is 40- and 60 per cent, respectively, up to 85 per cent of the available torque can be sent to the front wheels as needs be, or up to 70 per cent to the back wheels.

The hybrid Q8s can potentially tow up to 3,500kg, depending on options.

Although the Q8 TFSI e starts off in the fully-electric 'EV' mode by default, the driver has the option to choose from three different hybrid settings as well. In the Auto mode, the car's computer decides which driving system to employ, taking into account a variety of factors - including topography in the route ahead planned in the navigation. The Hold setting aims to keep the current battery charge level, while the Charge mode actively uses the engine to charge up the battery for use at a later stage.

Separate to these, the usual driving modes of comfort, efficiency, auto, dynamic, individual and offroad are available, along with the 'allroad' setting if adaptive air suspension is fitted.

Charging at home and out

Though Irish specifications have yet to be confirmed, it appears that two charging cables will be supplied with the hybrid Q8, one for regular charging at home and a mode 3 cable for public charging. A rate of up to 7.4kW is possible, meaning a fully charged battery in a minimum two-and-a-half hours. The myAudi app allows owners to monitor this, along with setting the climate control and even the seat and steering wheel heating.