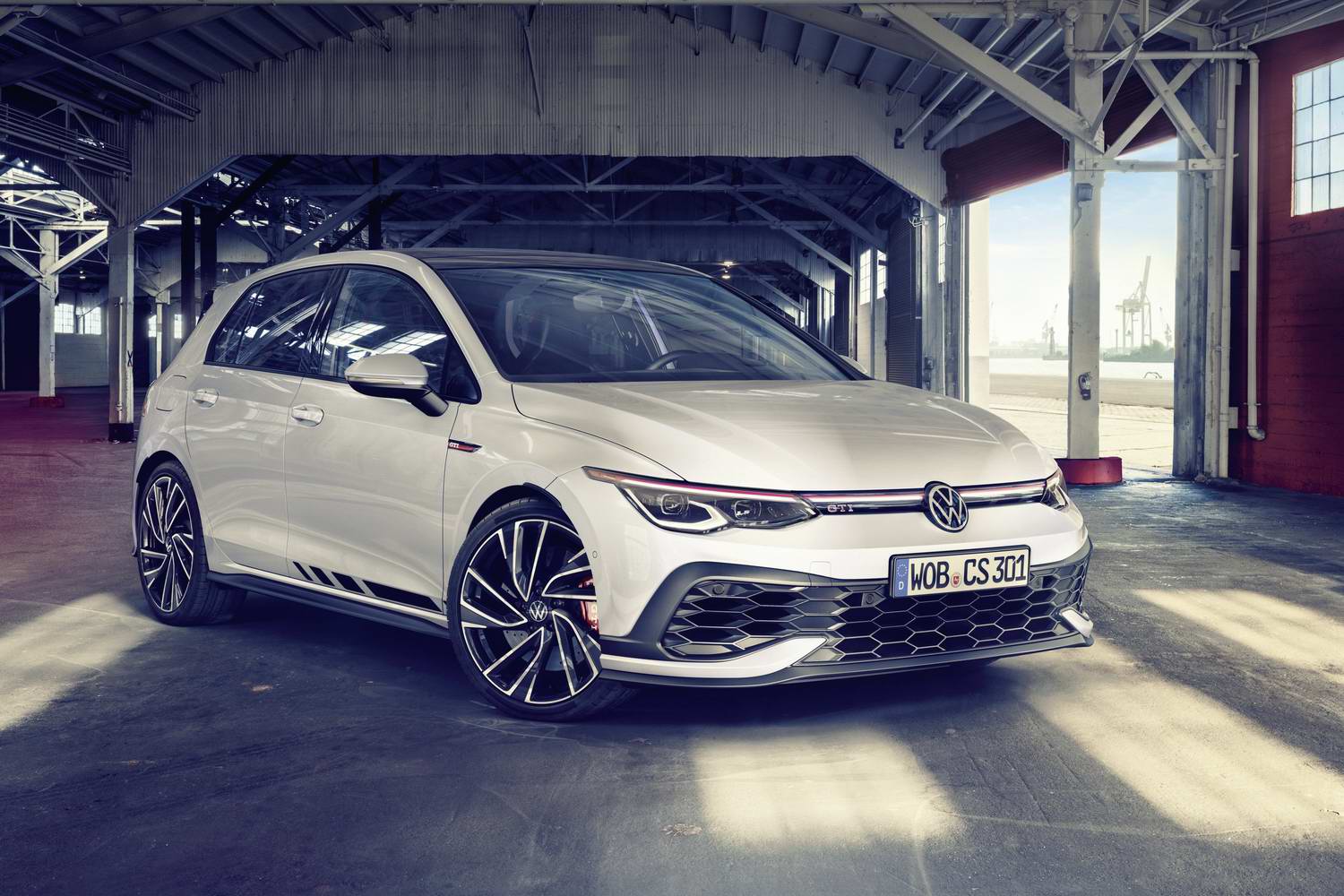 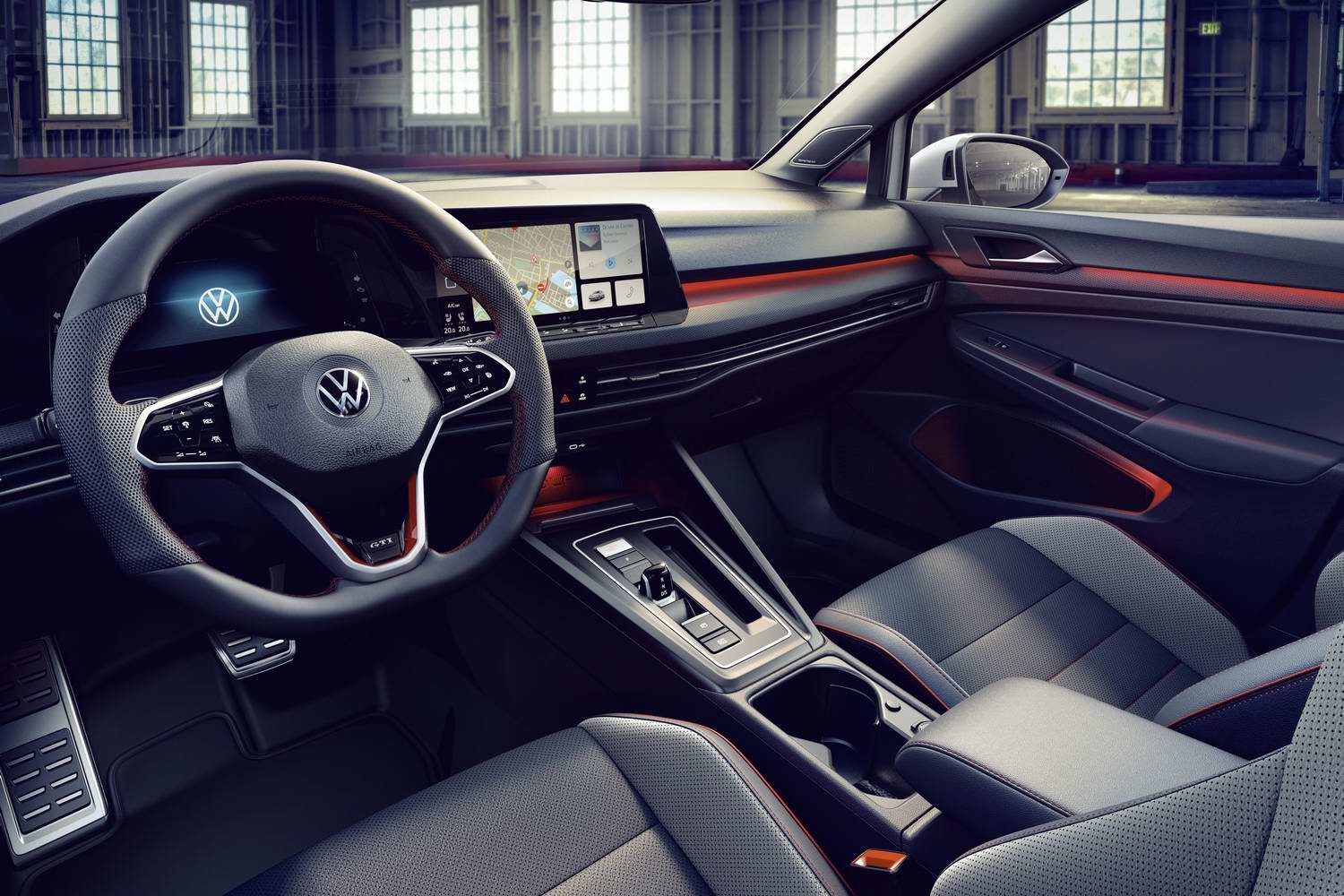 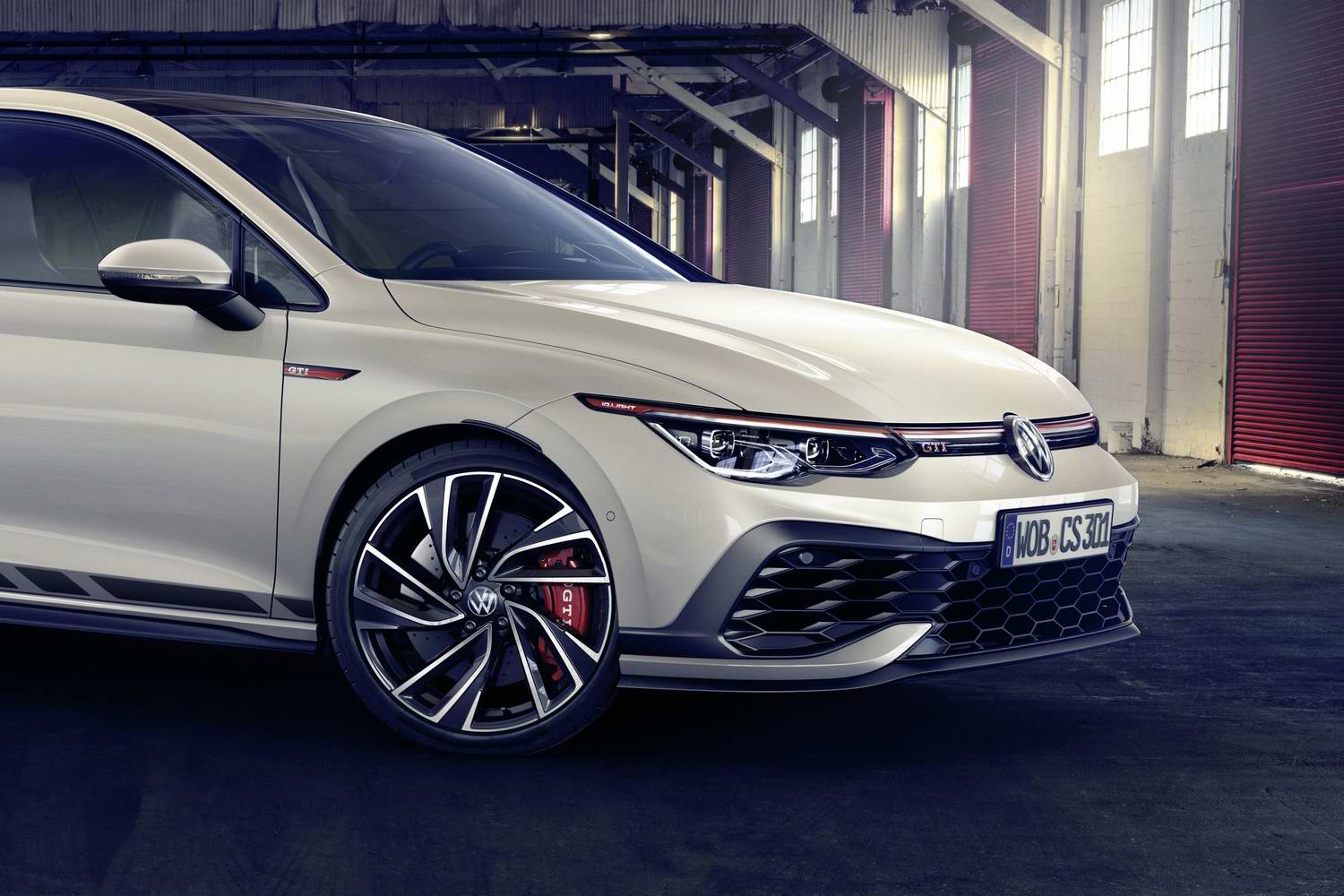 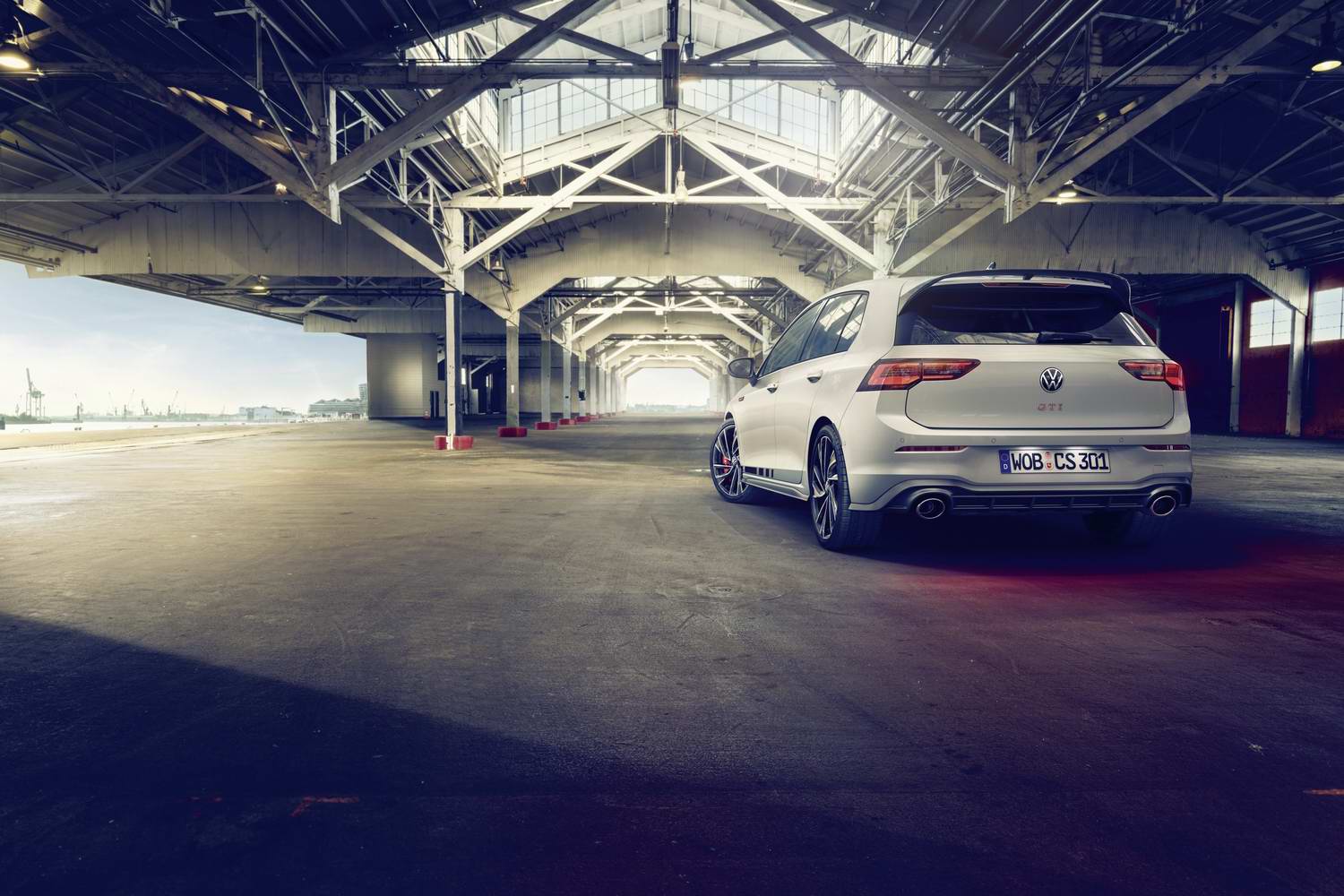 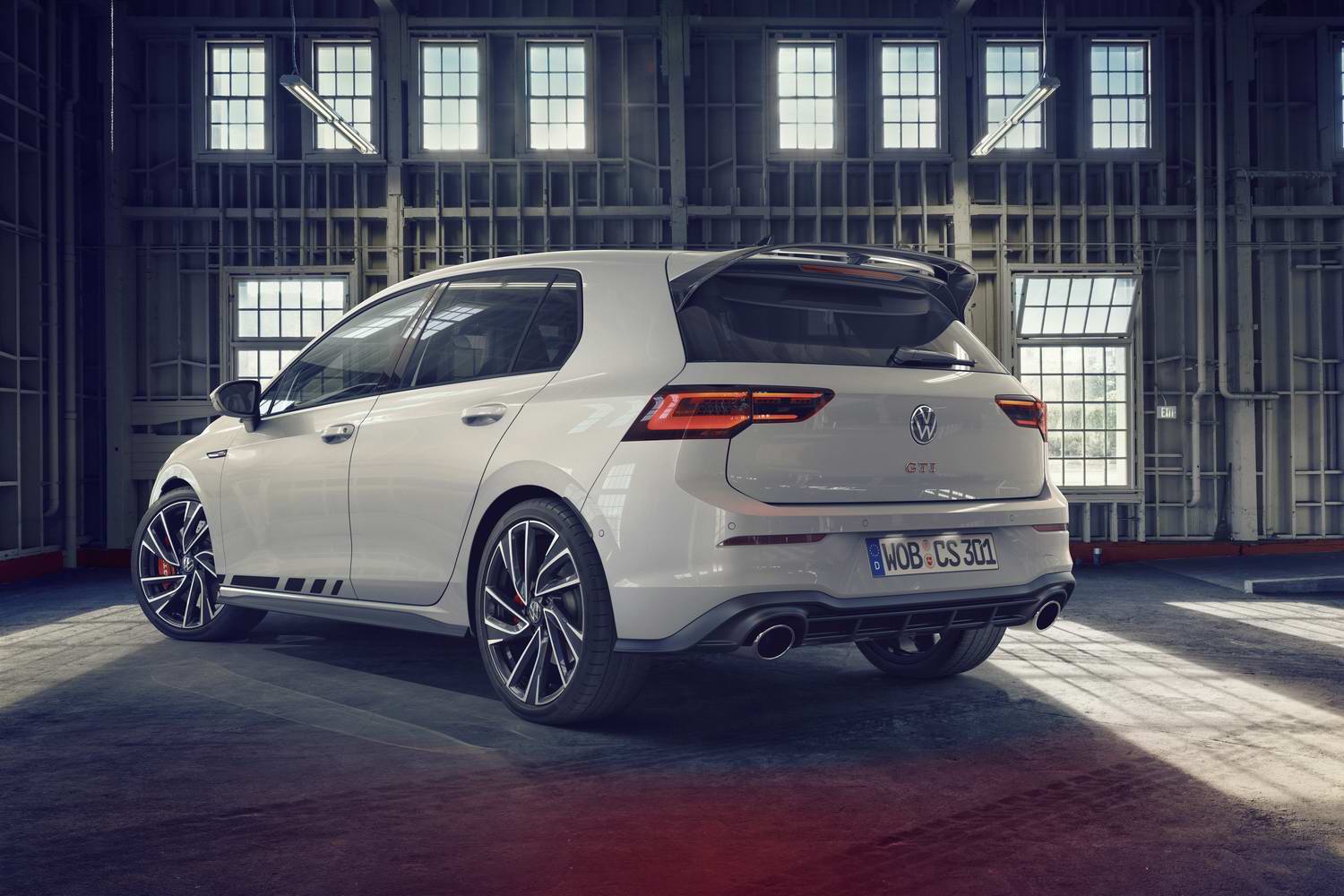 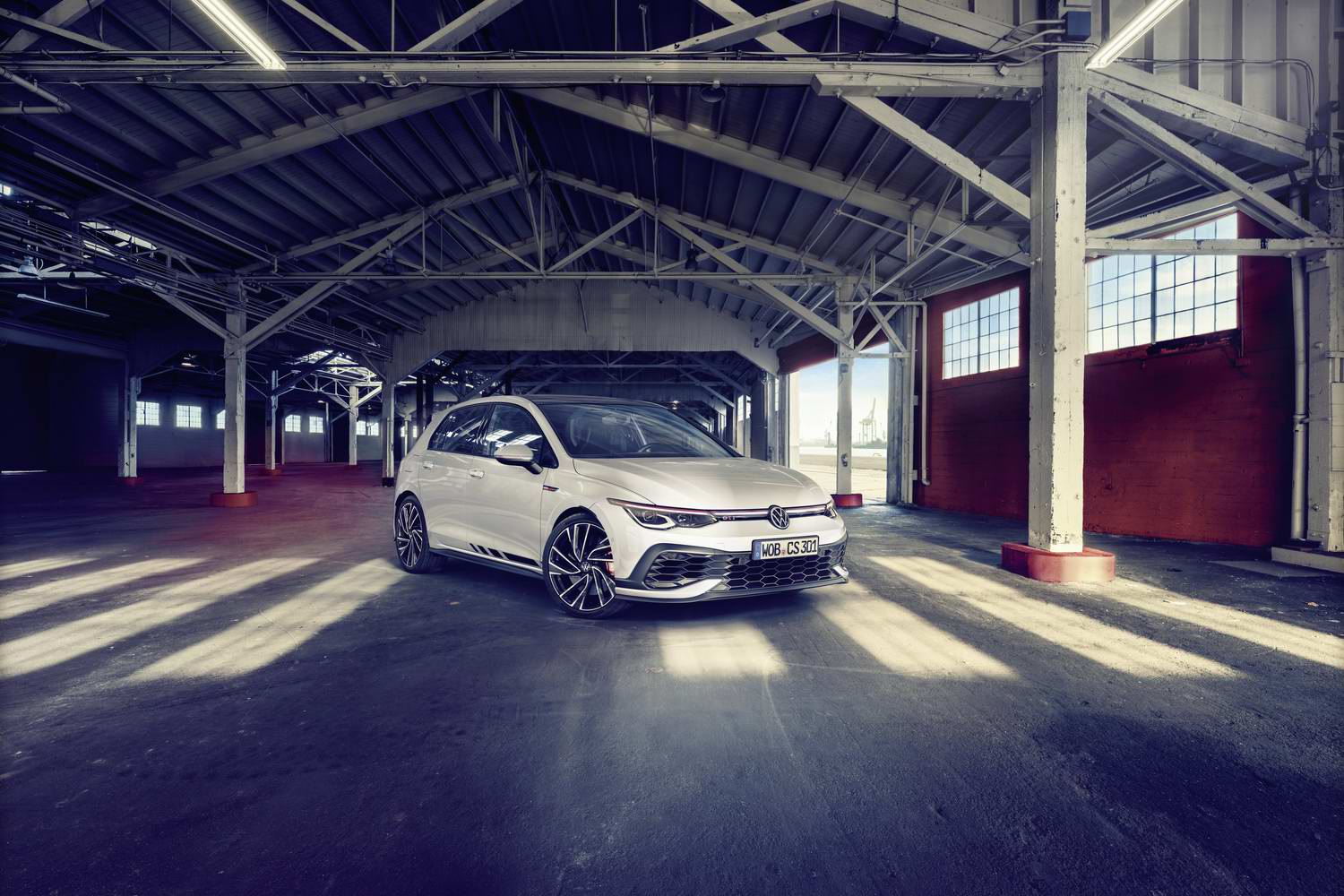 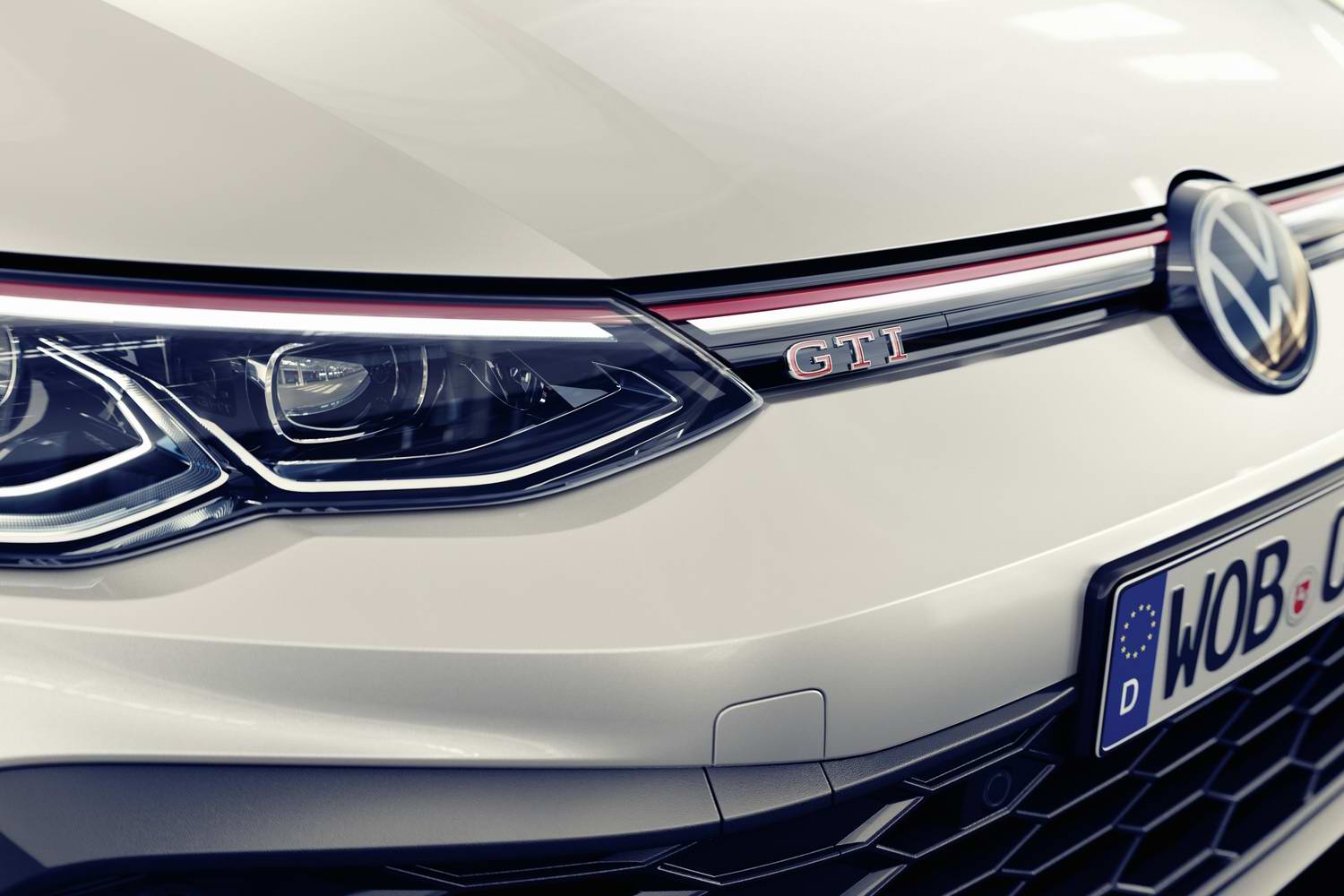 The eighth-generation Volkswagen Golf GTI has yet to arrive in Ireland in its standard form and already there's a higher performance version to look forward to. Enter the Golf GTI Clubsport. A little more power and torque have been extracted, the aerodynamics have been tweaked and the Clubsport gets a few other tricks up its sleeve to appeal to those that might actually take their Golf GTI on track every now and then. It goes on sale in Ireland in January 2021 in time for the '211' registration period and is expected to cost in the region of €53,000.

Most of the exterior changes to the Golf GTI that denote it as a Clubsport model are designed to enhance the car's aerodynamic performance. And the updates are relatively subtle. Up front is a redesigned bumper incorporating a splitter-like lower spoiler and larger open area for engine cooling. Upgraded LED headlights are included, though the detailed Irish specification has yet to be confirmed. As the regular GTI gets 18-inch alloys as standard in Ireland, it is possible that the Clubsport will ride on 19s here, though its default wheel elsewhere in Europe is said to be the 18-inch 'Richmond' design, sitting on 225/30 R18 tyres.

A side sill graphic sets the Clubsport apart, too, though its most prominent feature is a new two-tier roof spoiler at the back. Below that, the keen of eye might spot that the restyled exhaust outlets are further apart than in the regular GTI and diffuser between them has been redesigned. VW has not yet revealed a figure in terms of added downforce or reduced lift due to the changes.

Volkswagen has left the interior of the Golf GTI alone for the most part in the transition to Clubsport spec. That means a largely digital dashboard with a few GTI-specific design elements. The chunky steering wheel remains, though now with red stitching. Gone is the traditional tartan cloth and in its place is 'ArtVelours' on the sport seats and door cards. Perforated leather is also available, with more red stitching.

Modest tweaks to the EA888 evo4 engine (the latest edition of the age-old turbocharged 2.0-litre, four-cylinder unit) have brought about power and torque increases for the Clubsport to 300hp and 400Nm, respectively - up 55hp and 30Nm on the standard Golf GTI. That's all sent to the front wheels via a seven-speed DSG dual-clutch automatic gearbox and the official 0-100km/h time is six seconds (0.3 seconds quicker than the standard car).

Considerable changes have been made to the chassis, starting with a 15mm reduction in ride height. The McPherson front struts and four-link rear axle layout are retained, but there is increased positive camber on the front and the variable ratio steering is more direct.

As in the regular GTI, there is the XDS 'electronic differential lock' system and the electromechanical locking differential called VAQ (for 'Vorderachsquersperre' in German, meaning simply 'front axle differential lock'). Both are under the control of the Vehicle Dynamics Manager system that debuted on the GTI, as are the shock absorbers of the optional Dynamic Chassis Control (DCC). All of this has been ramped up for the Clubsport with an emphasis on response, reducing understeer and allowing higher cornering entry and exit speeds and traction on a racetrack. There's a new 'Special' driving profile, too, which apparently has been optimised for driving at the Nürburgring Nordschleife circuit.

According to Benjamin Leuchter, a racing driver employed by Volkswagen to help develop the Clubsport's driving dynamics: "The suspension of the Golf GTI Clubsport is not super, super hard in the Special profile, but is much softer than in the Sport setting. That is because the track at the Nürburgring is very undulating. This new configuration therefore provides us with better contact with the track. As a result, the Special profile makes it possible to drive a good deal faster on the Nordschleife than in the Sport profile. Compared with the 245hp GTI, the new GTI Clubsport is naturally also faster on the Nordschleife - by up to 13 seconds per lap in our tests."