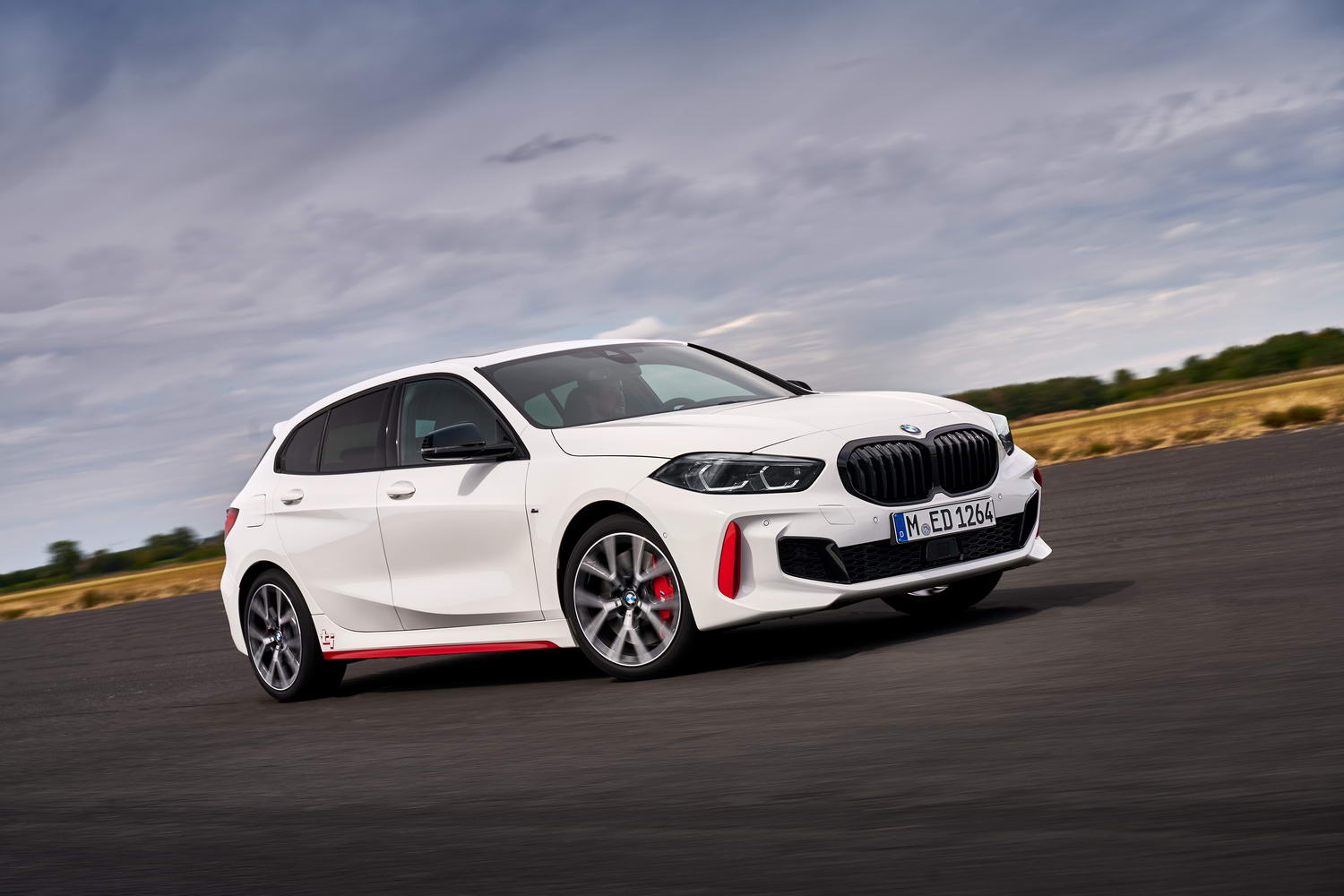 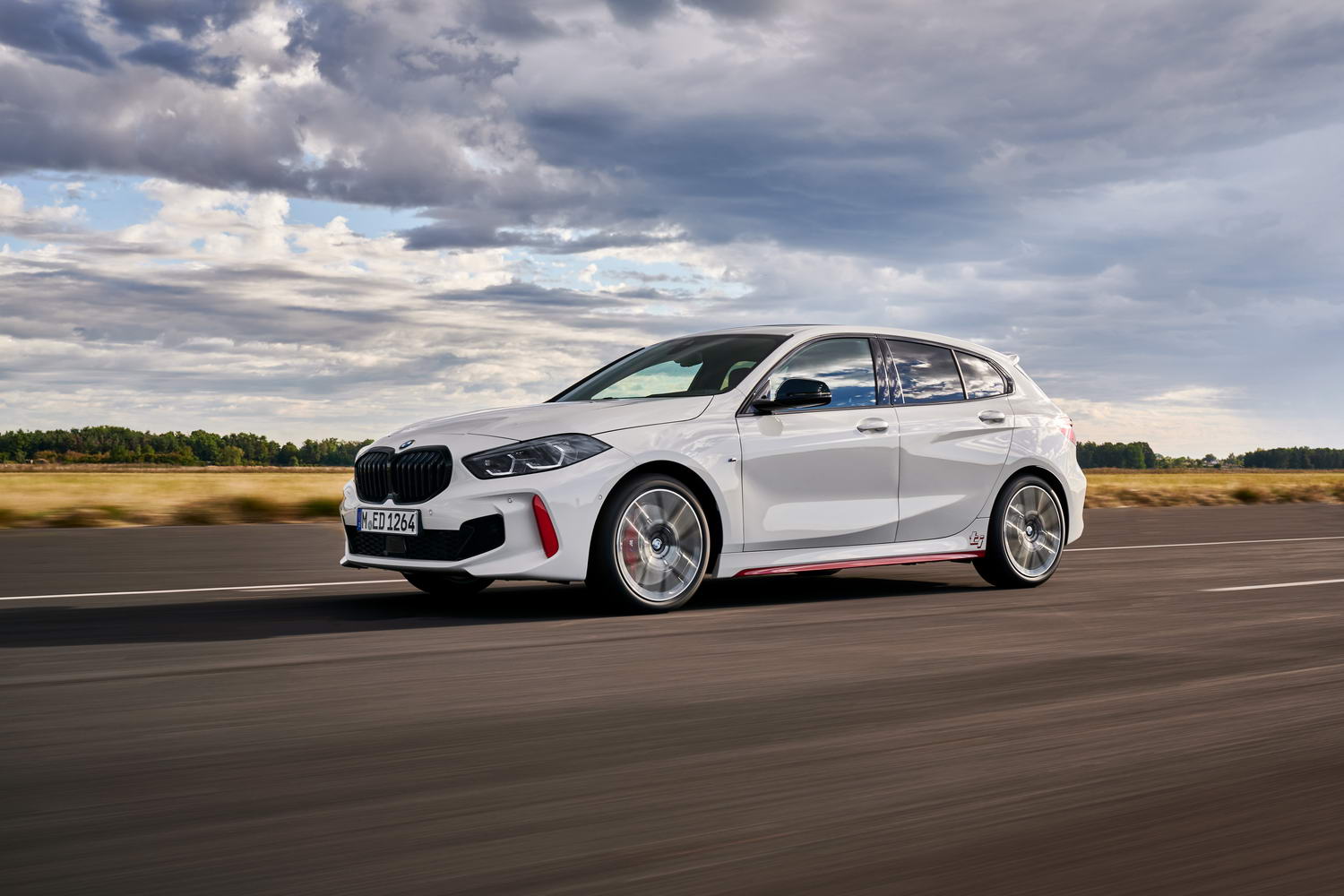 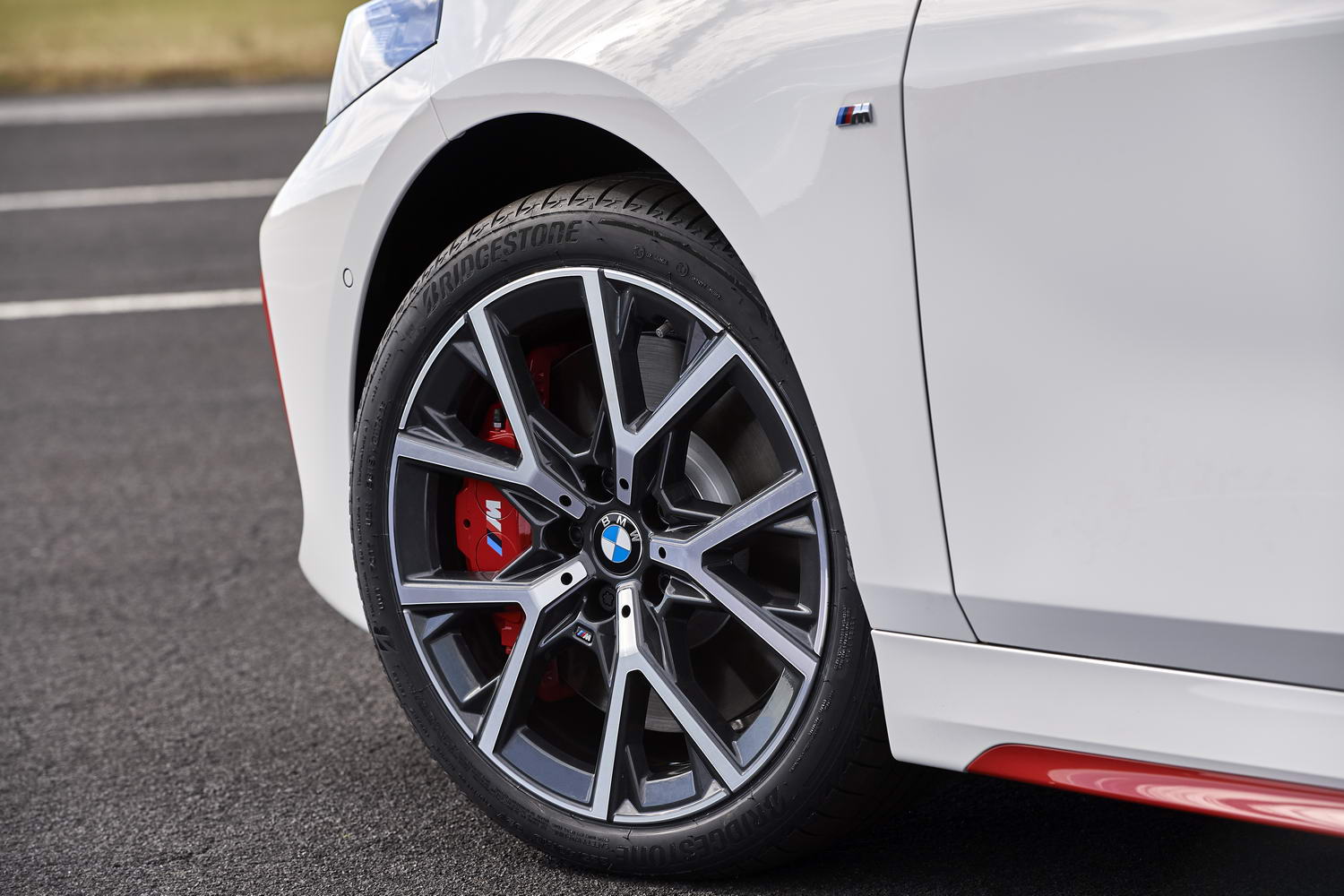 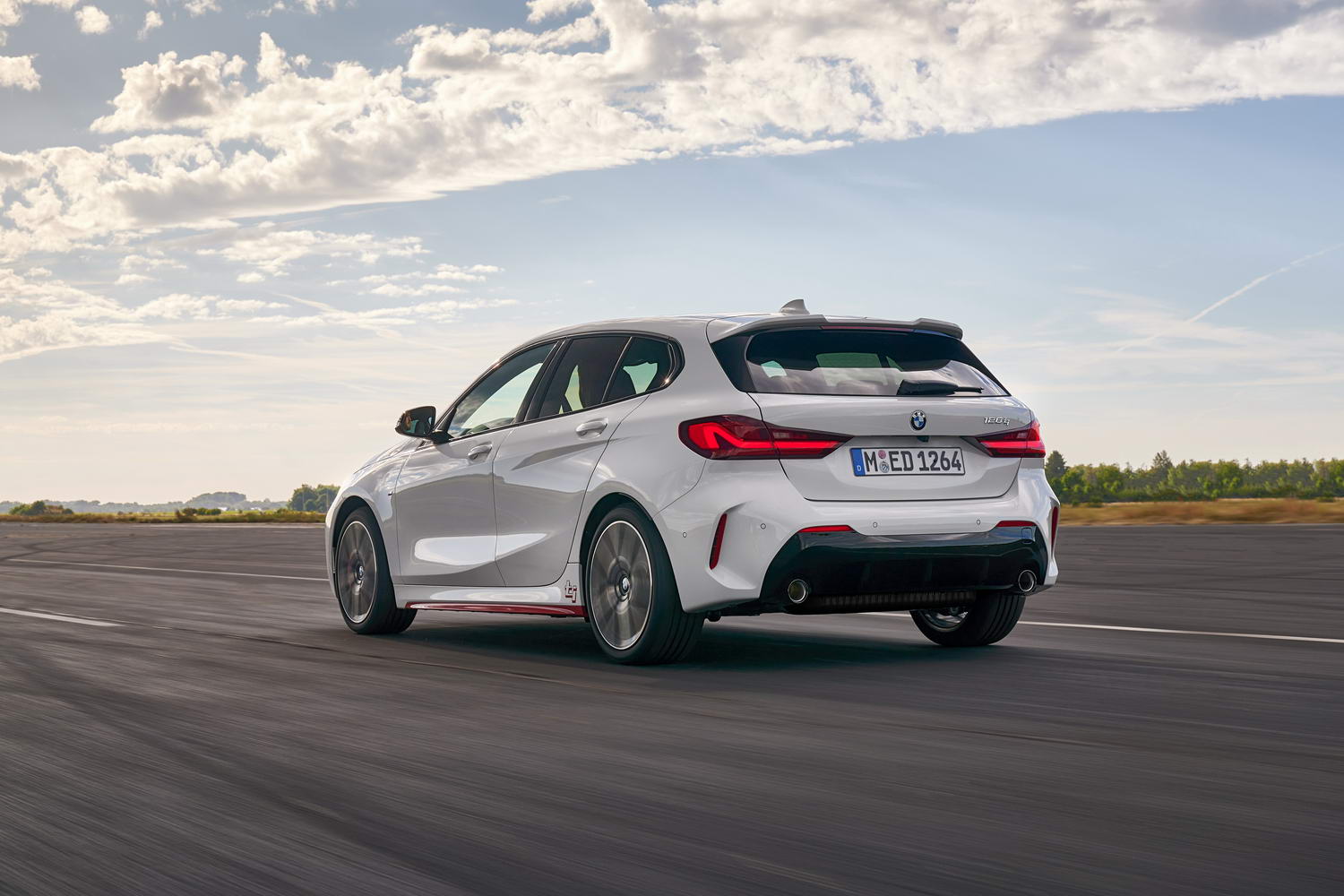 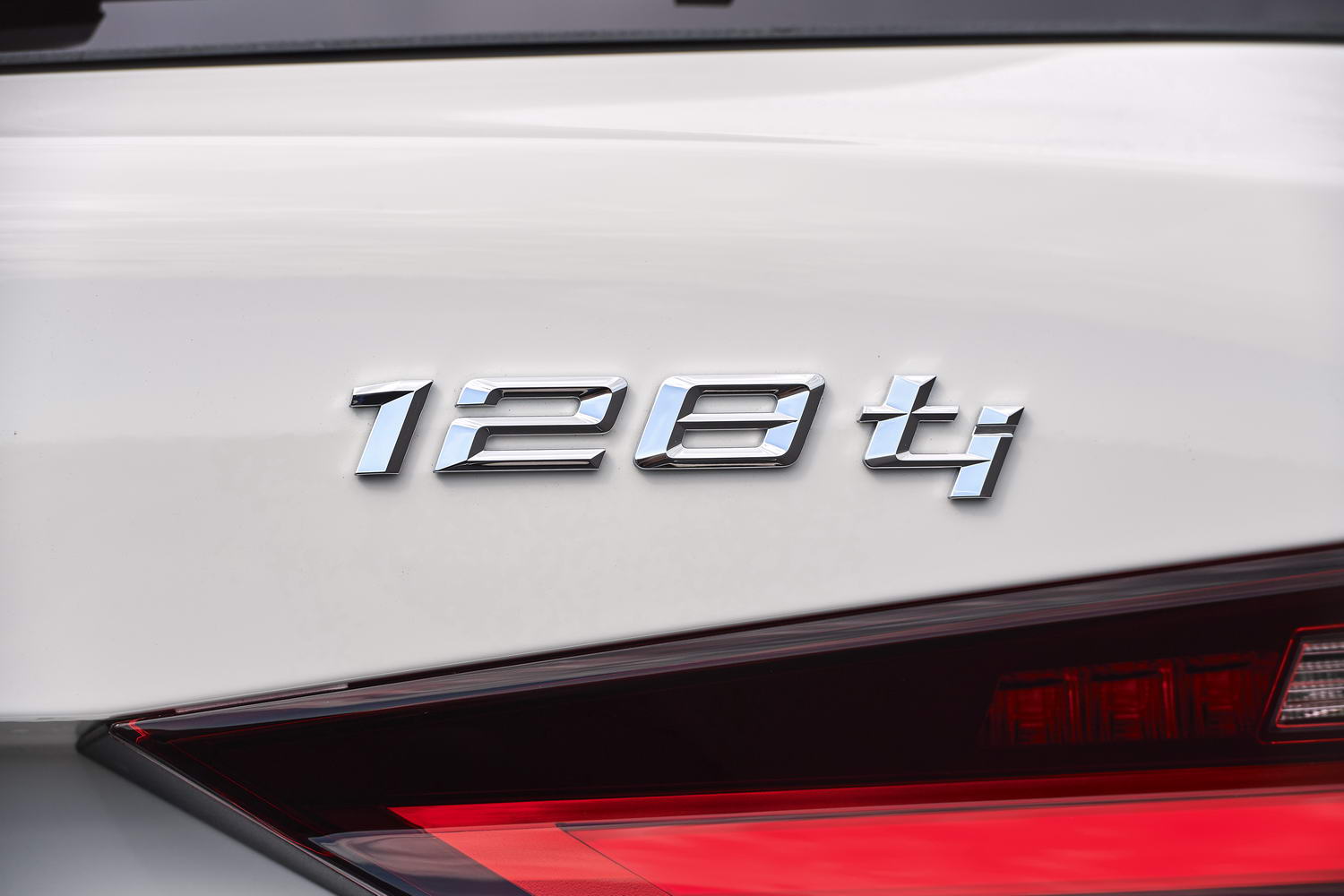 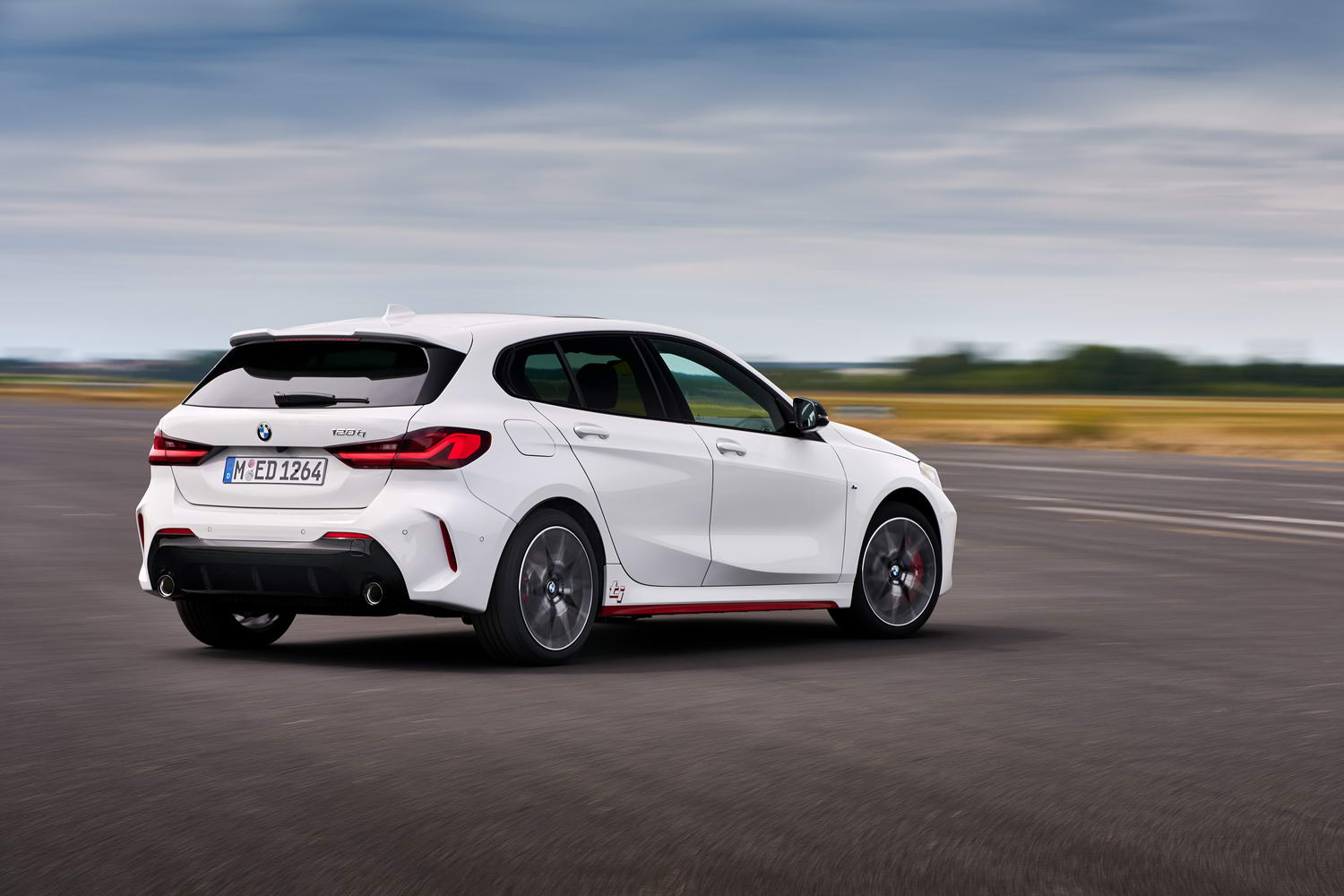 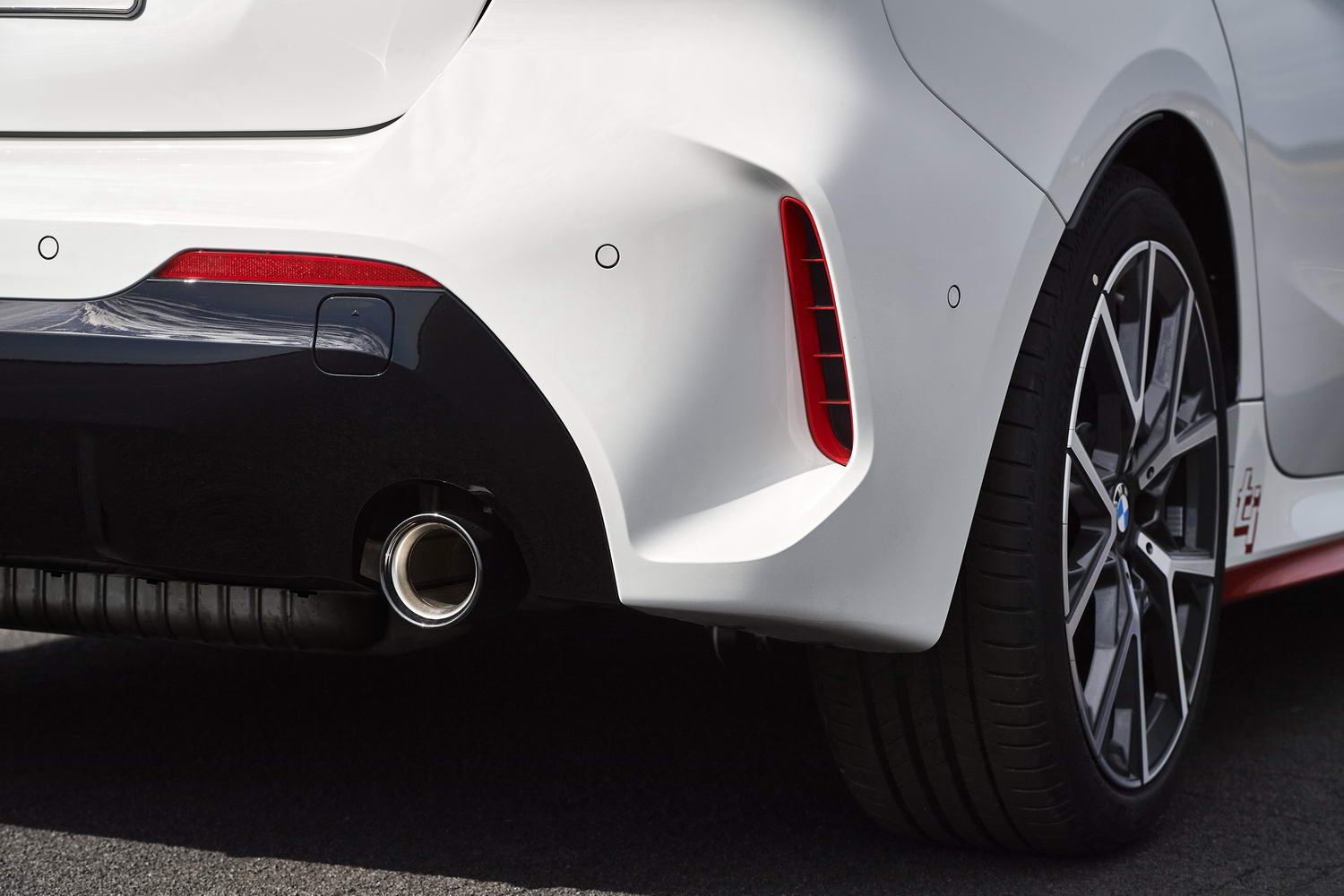 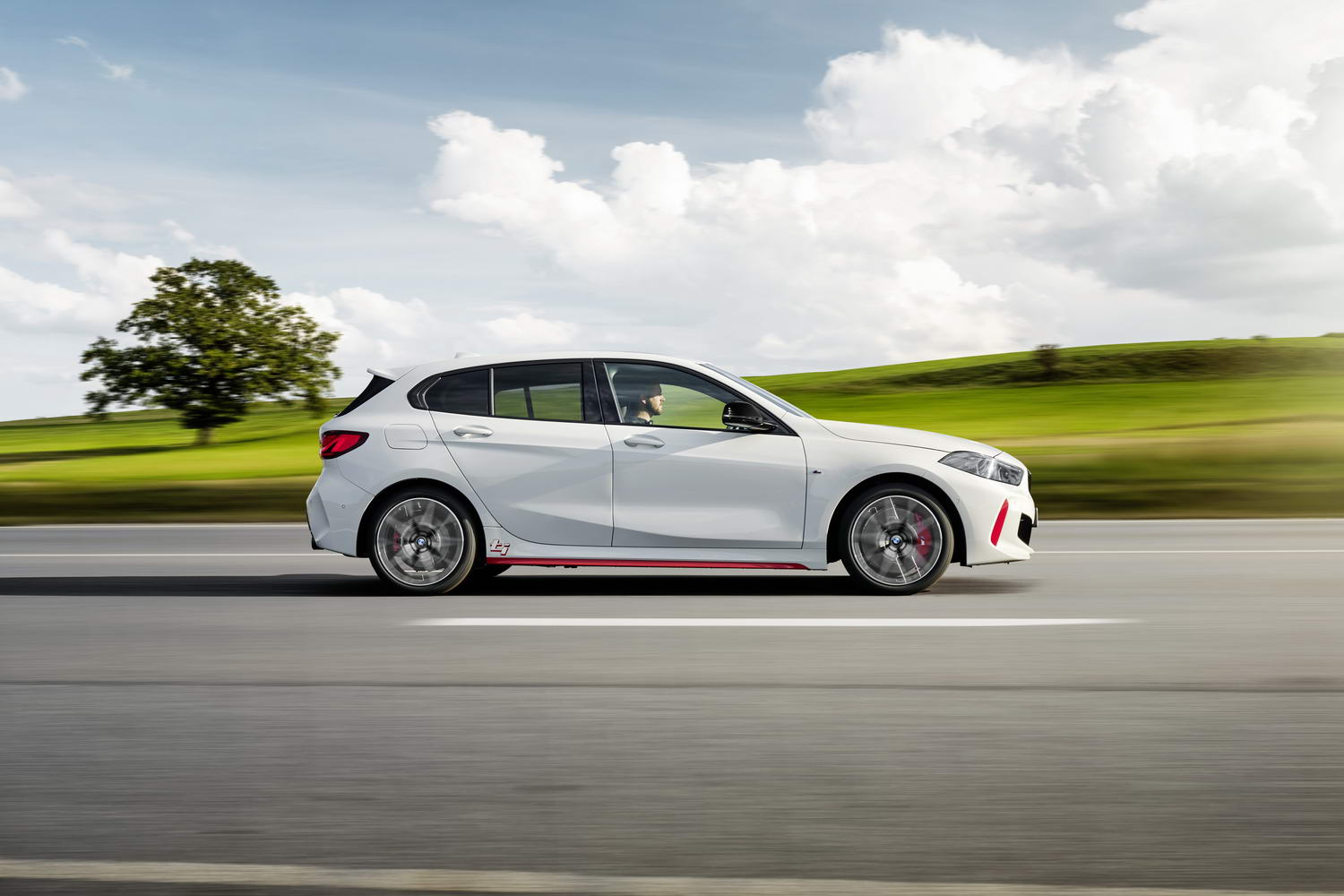 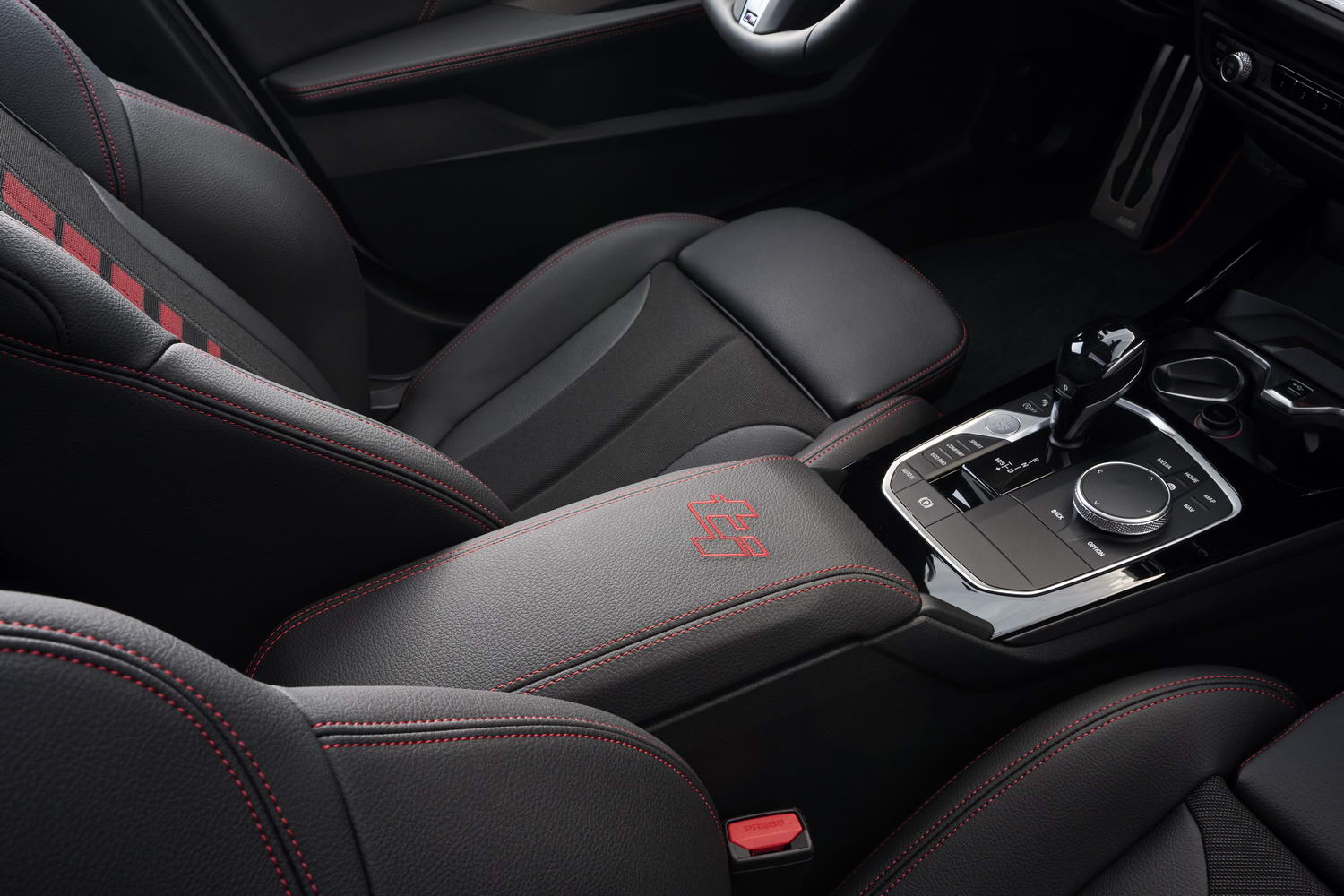 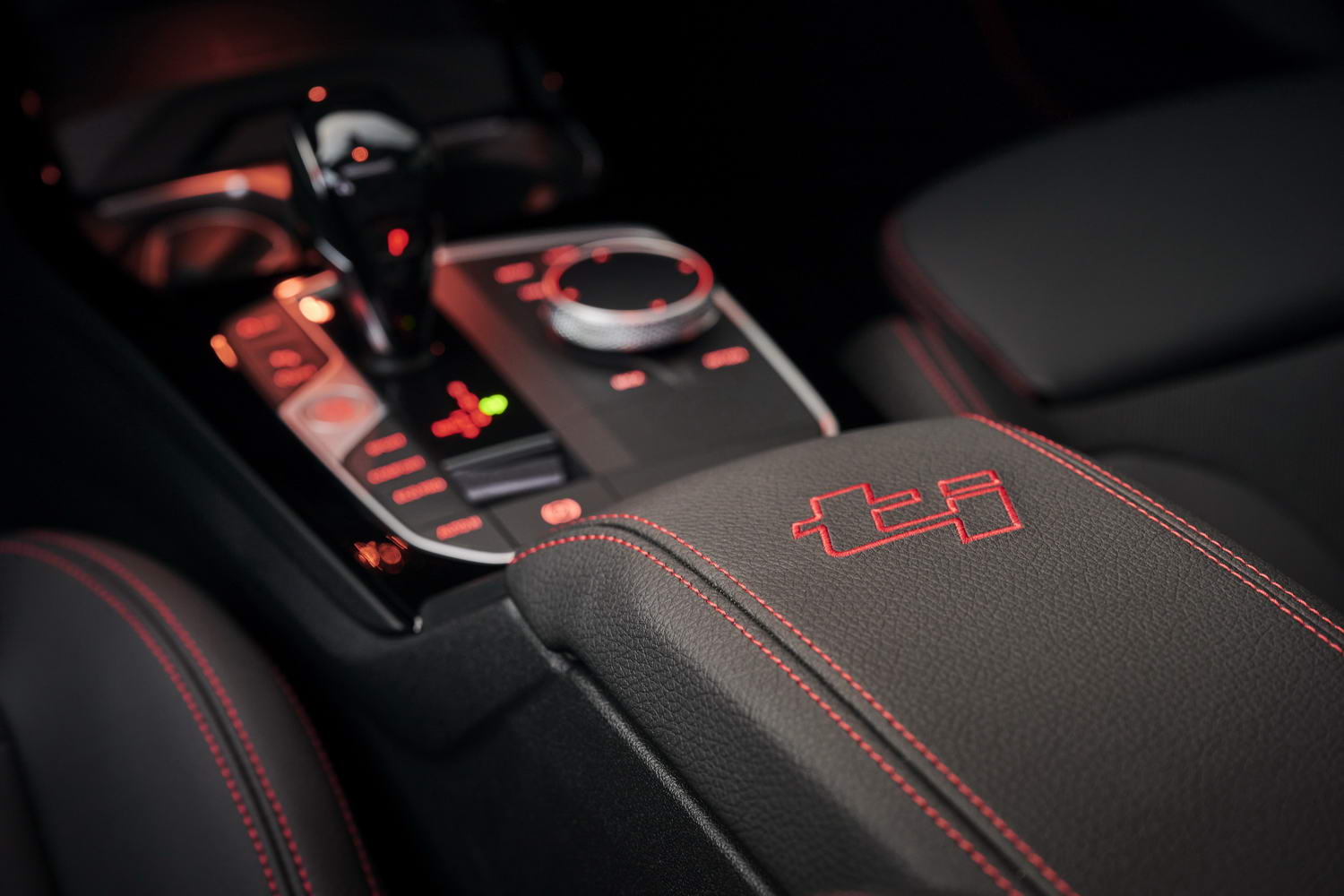 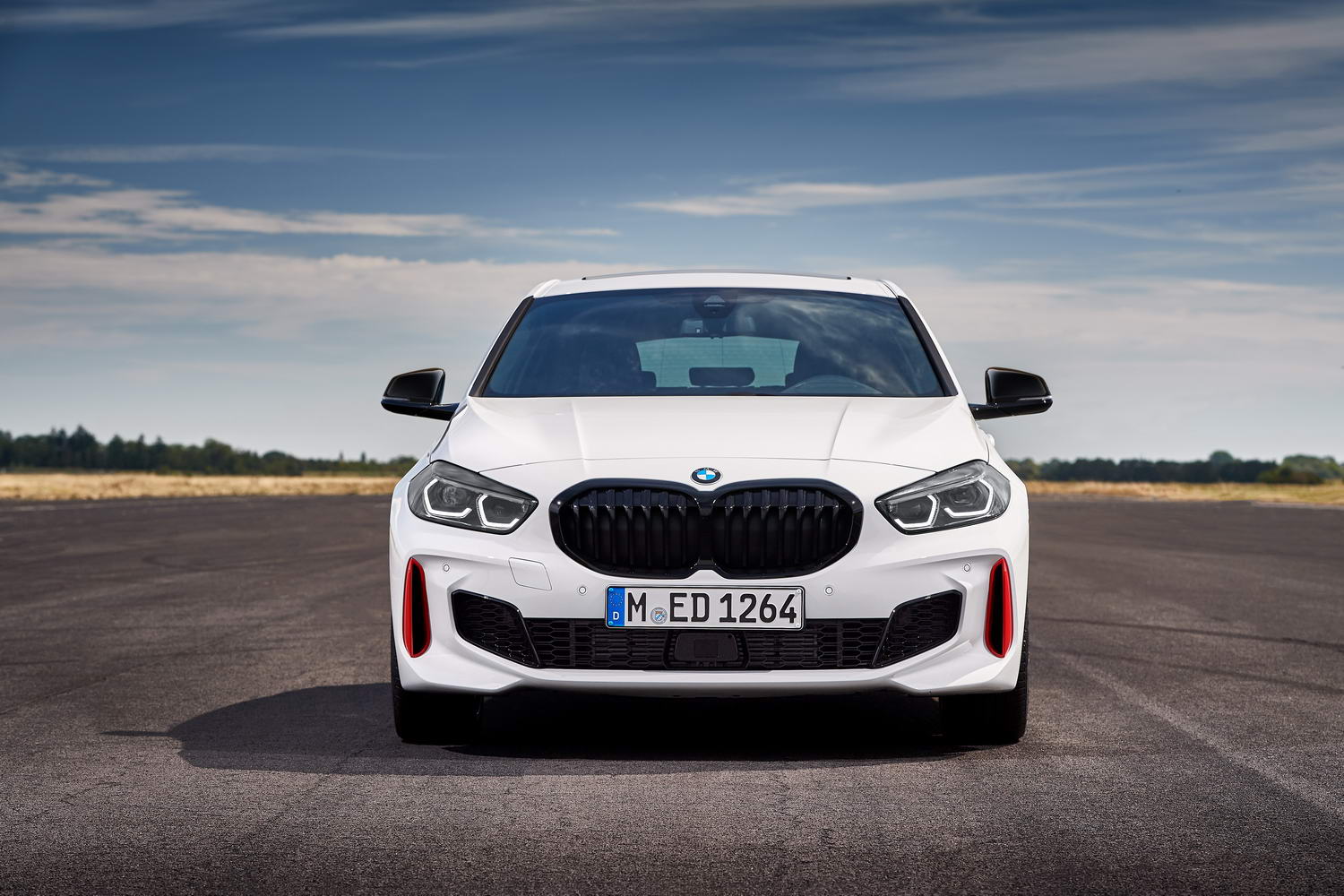 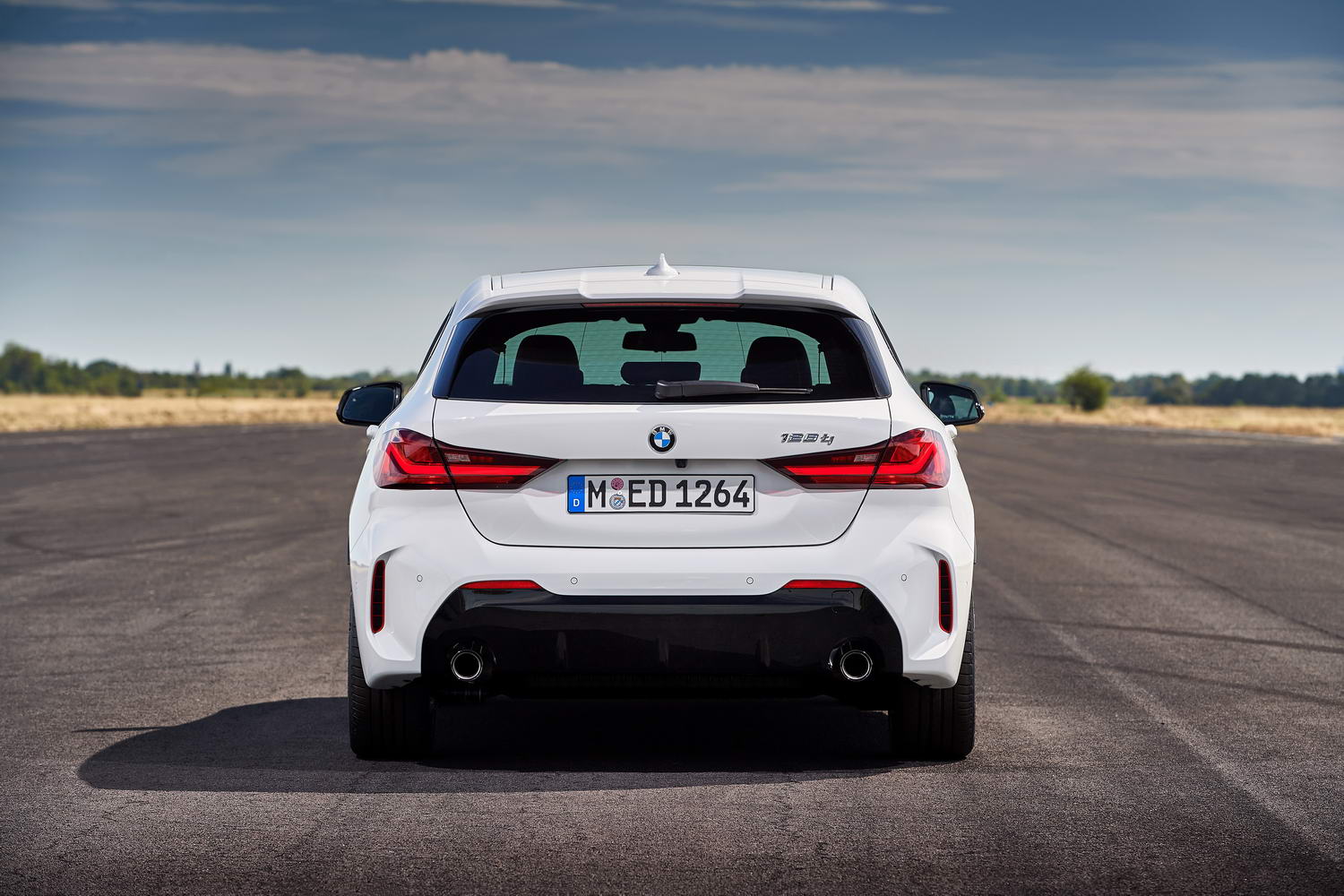 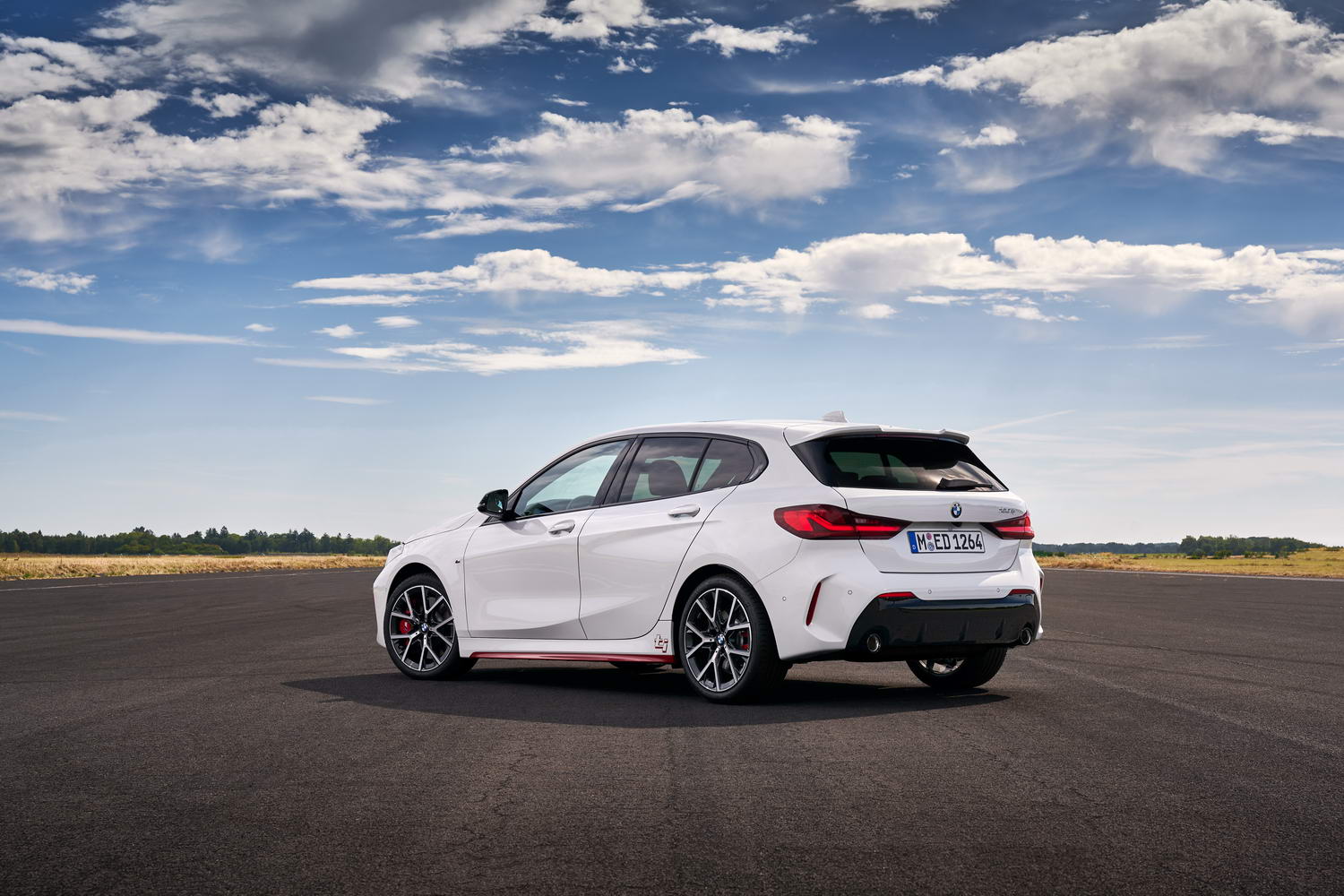 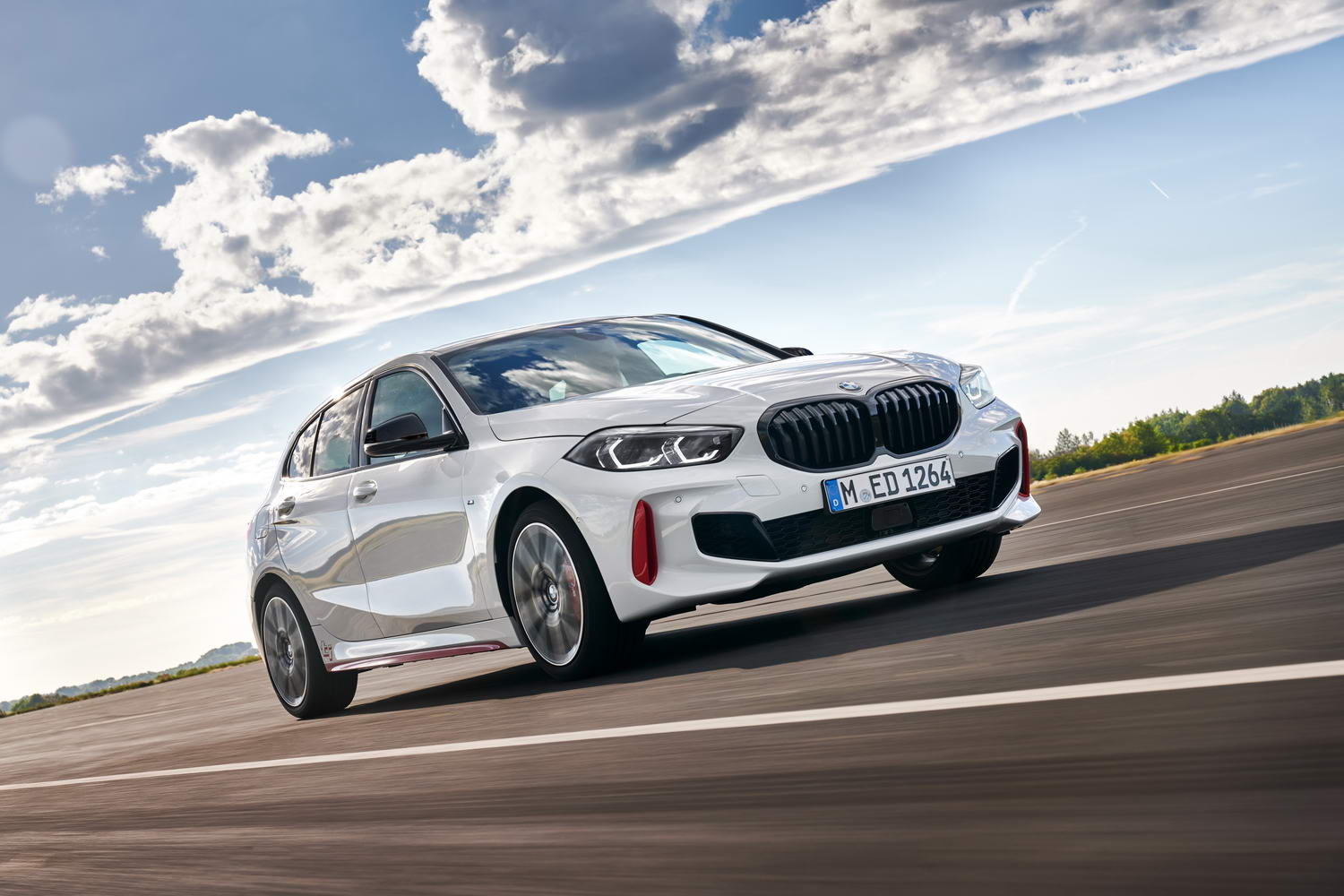 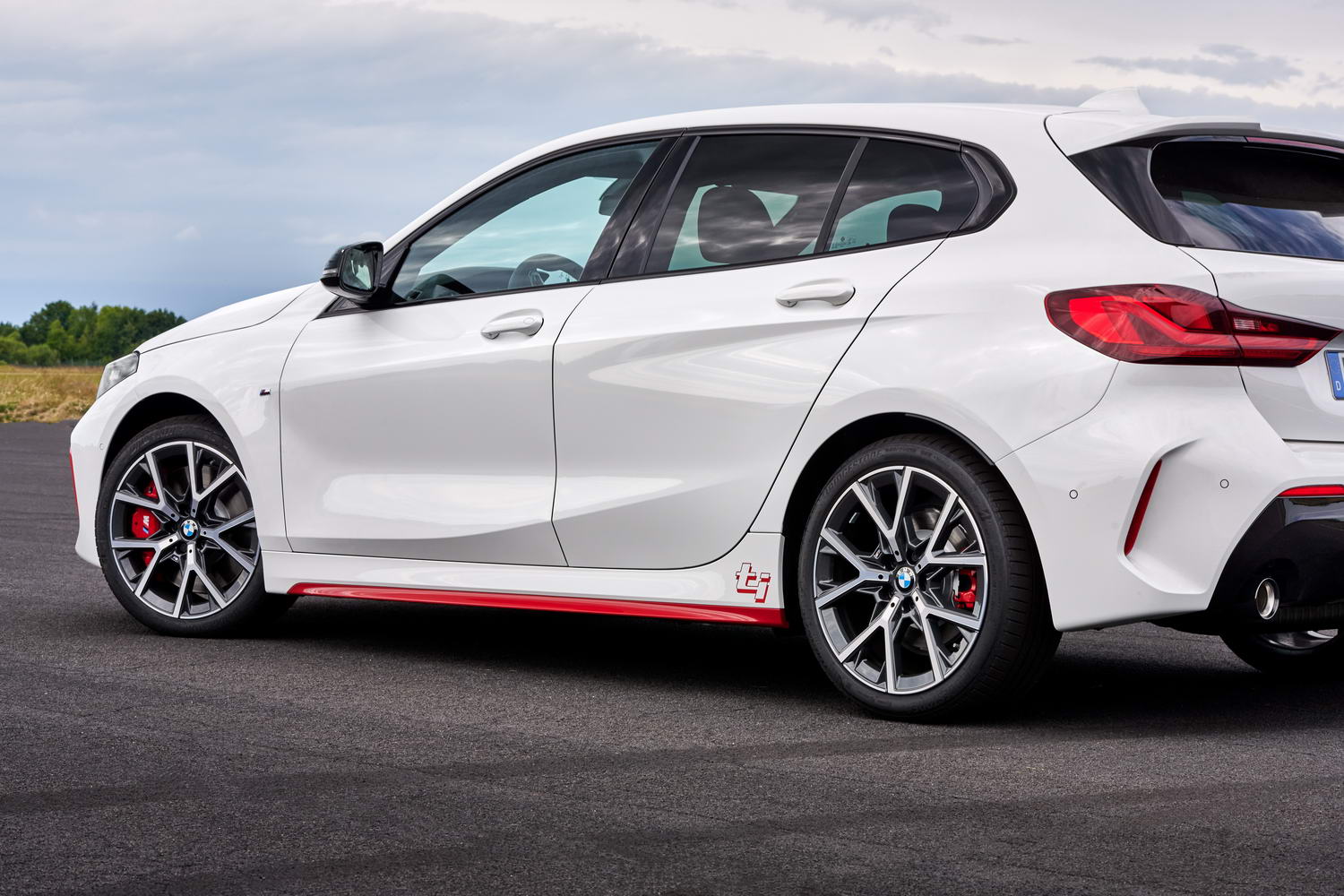 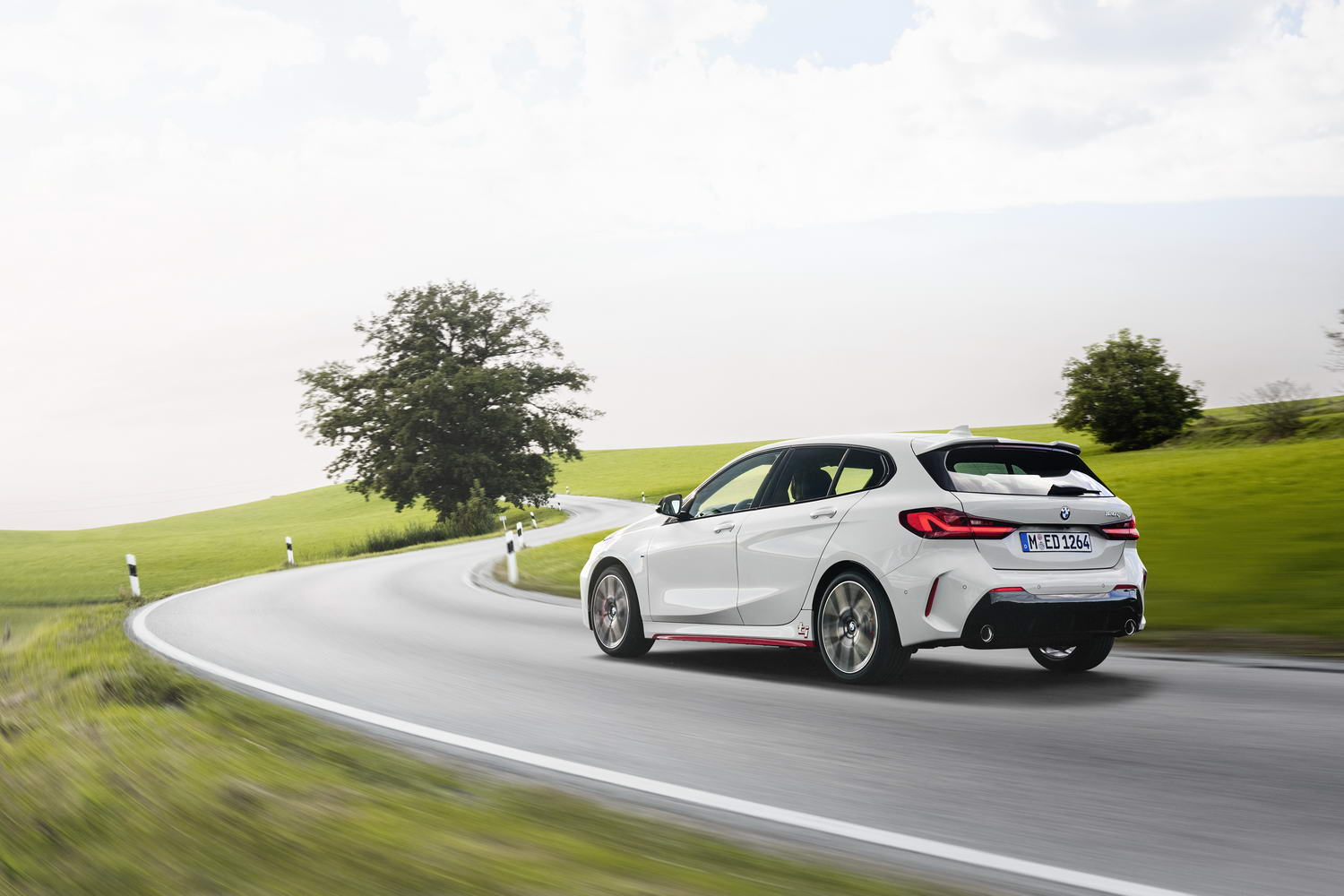 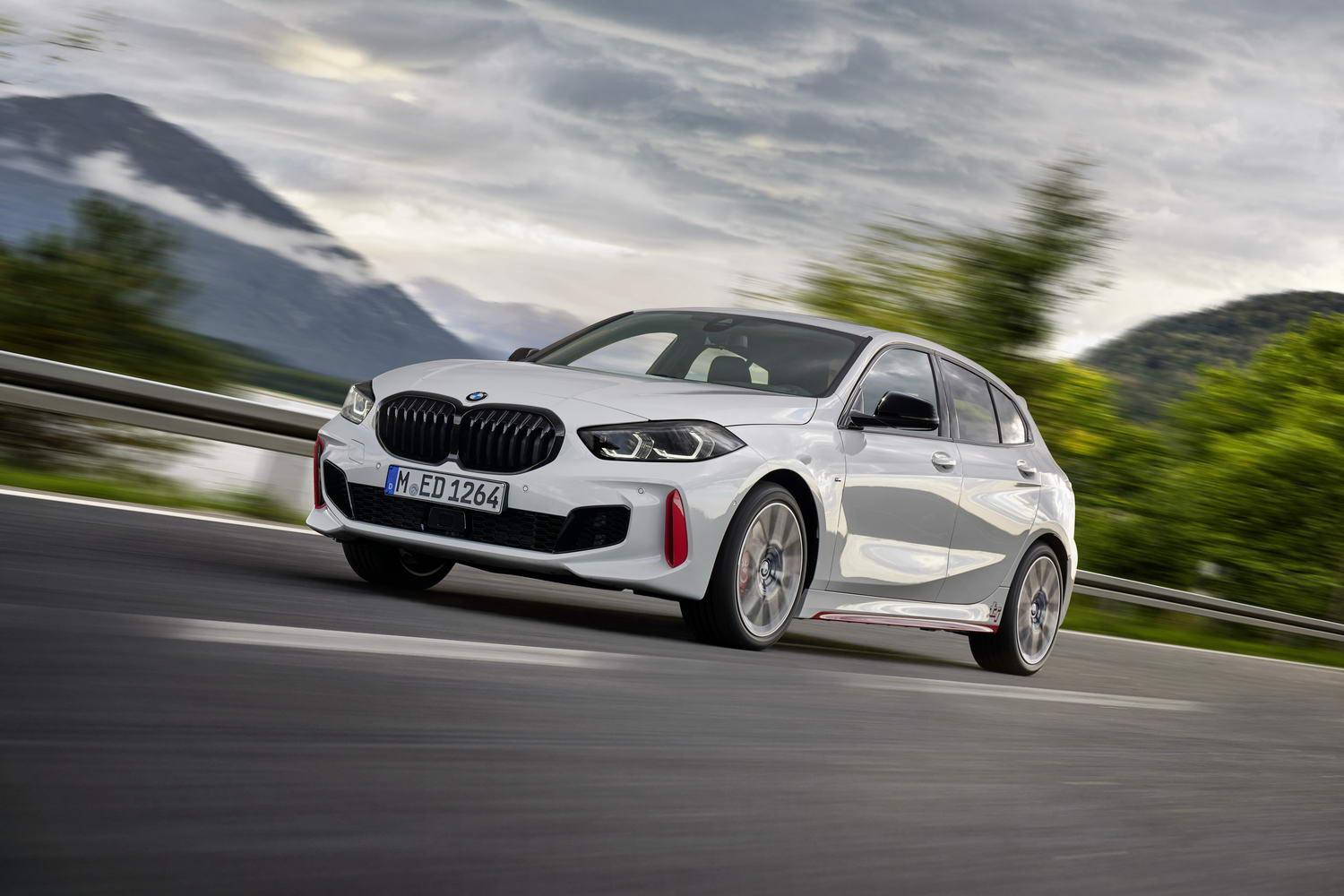 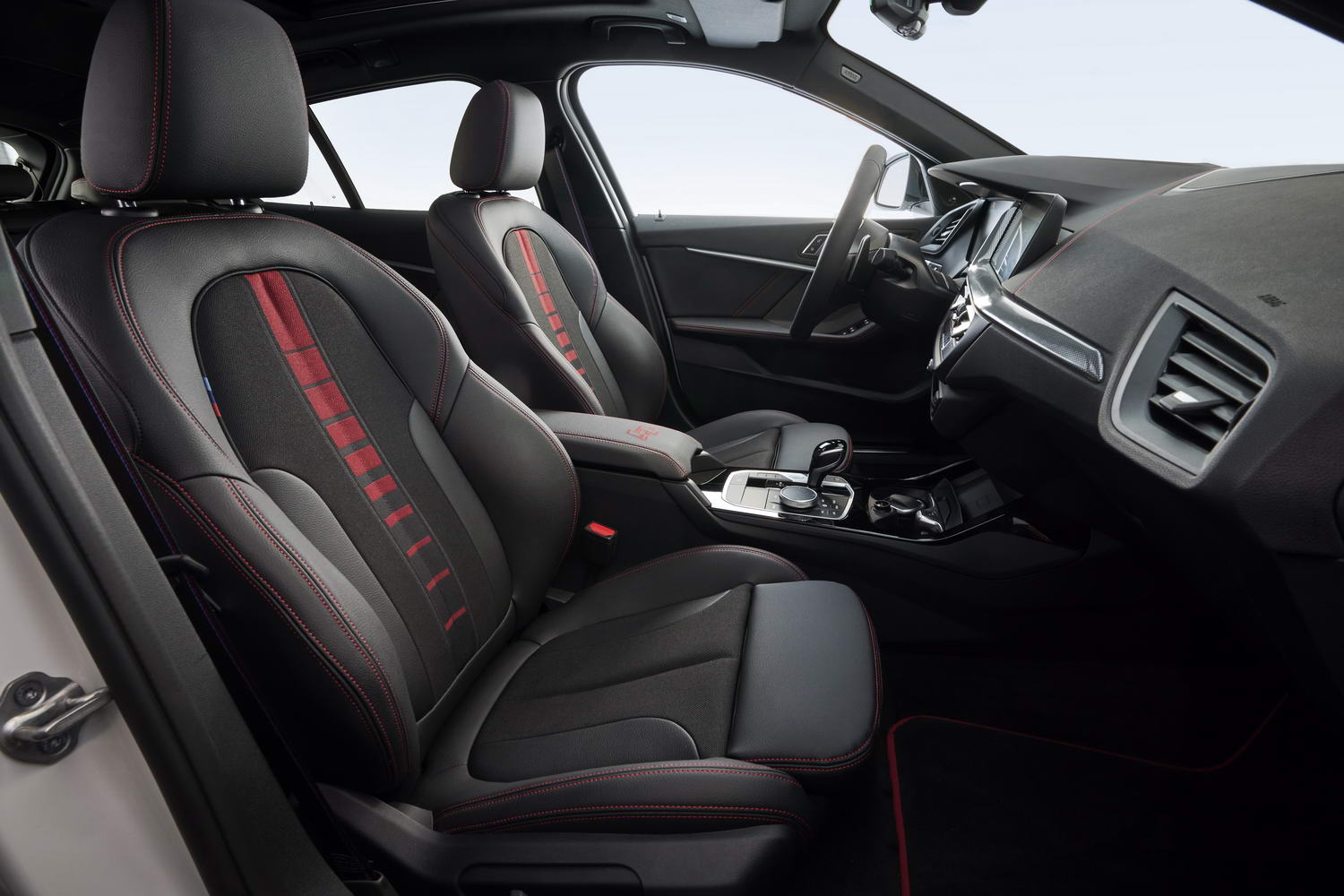 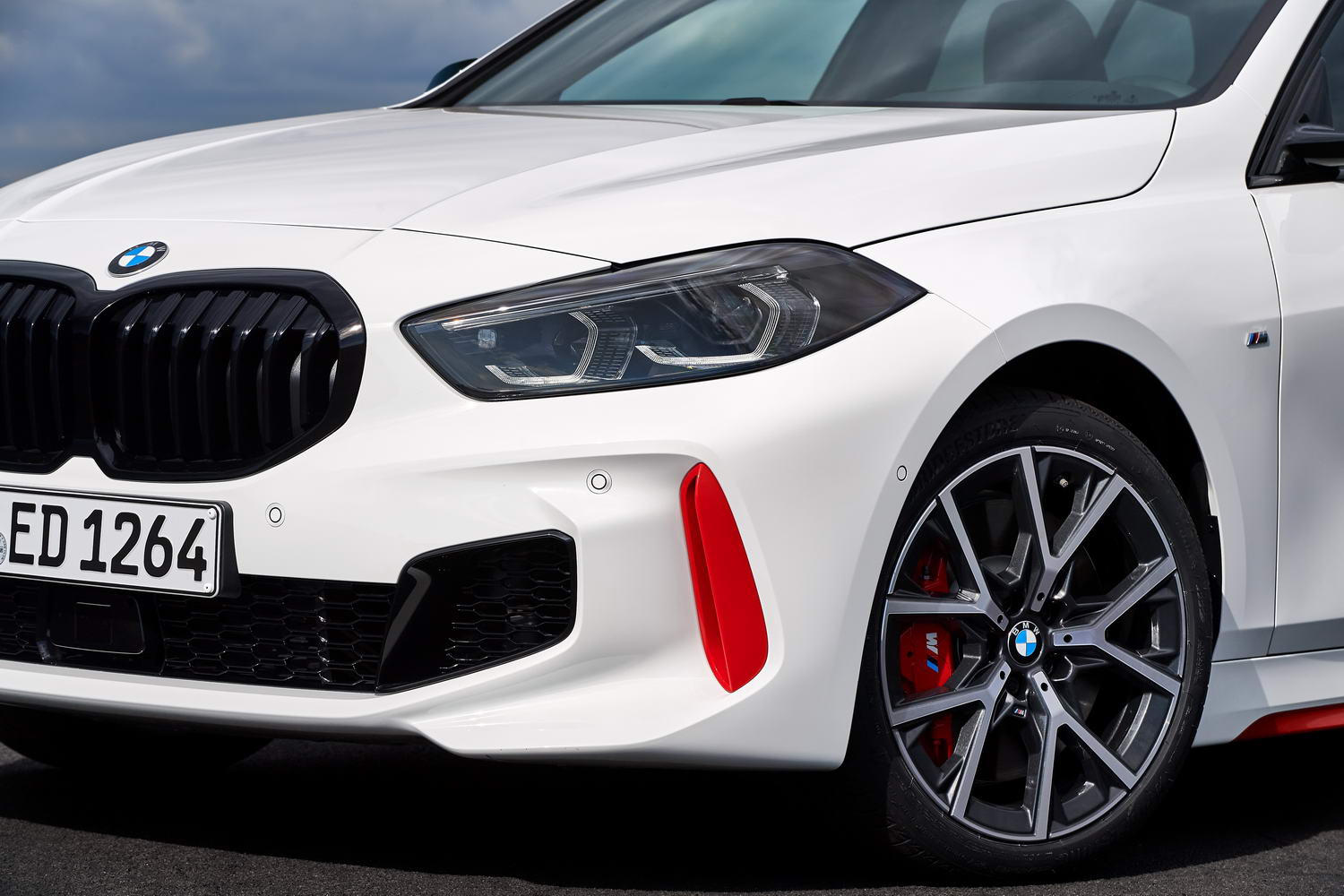 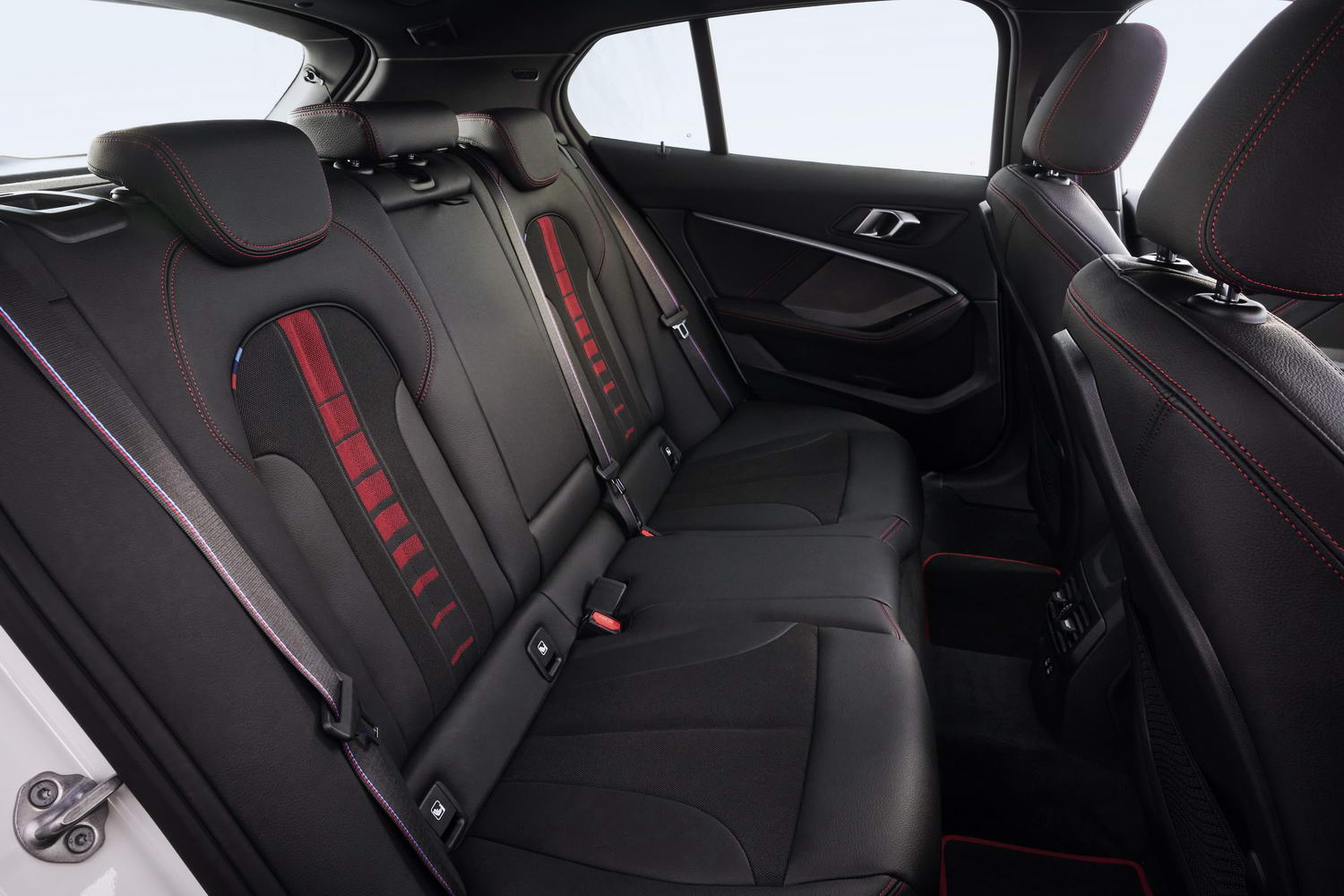 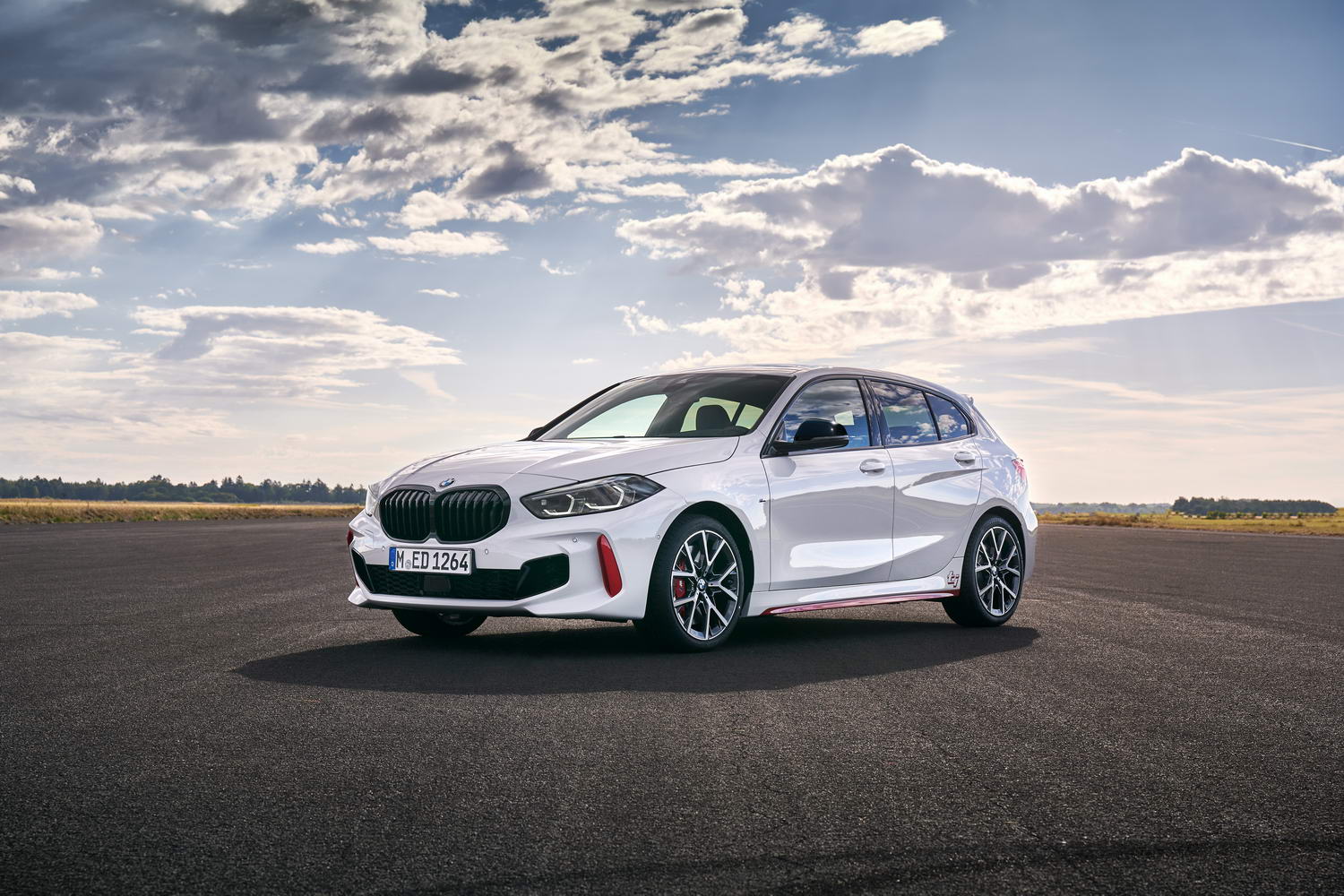 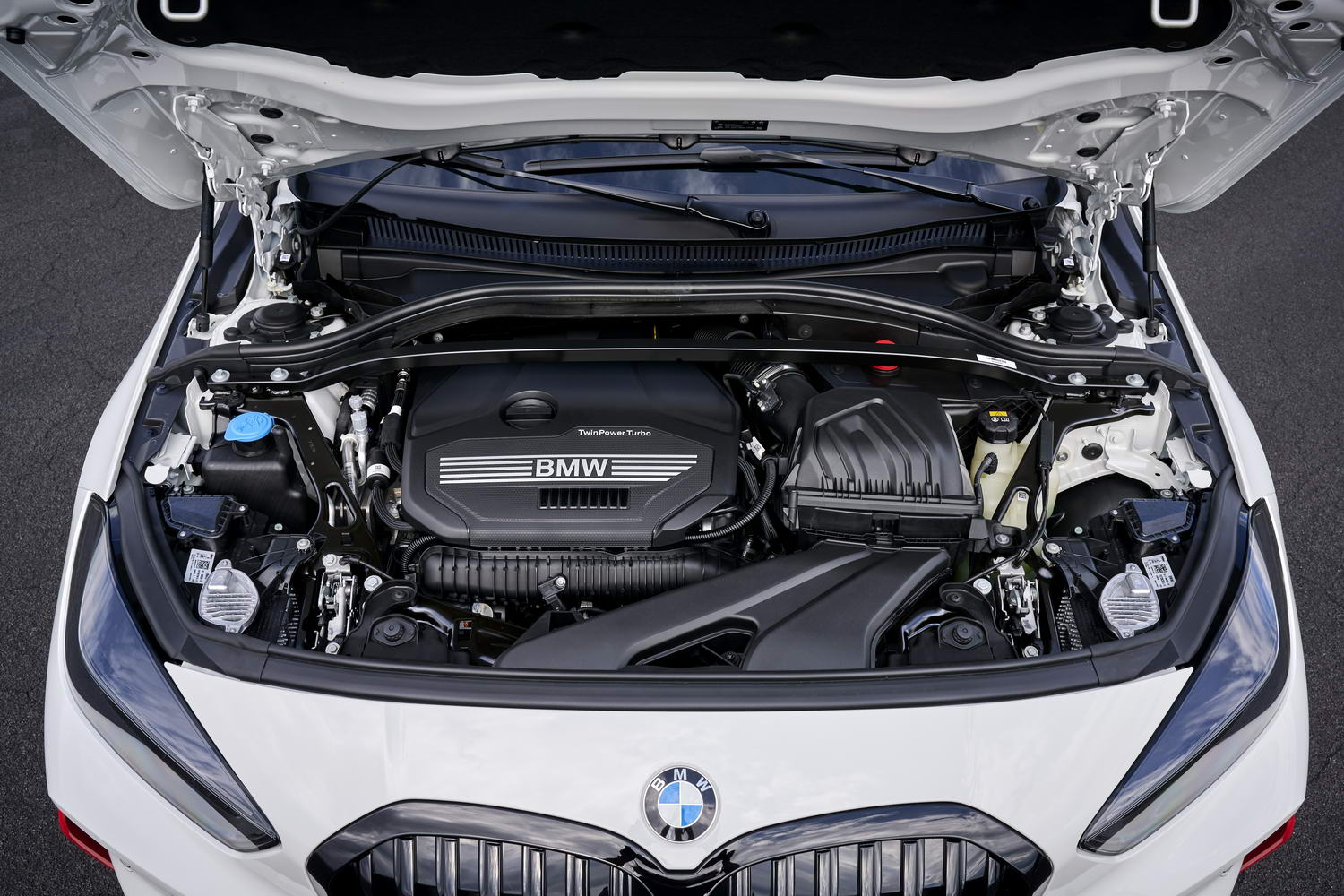 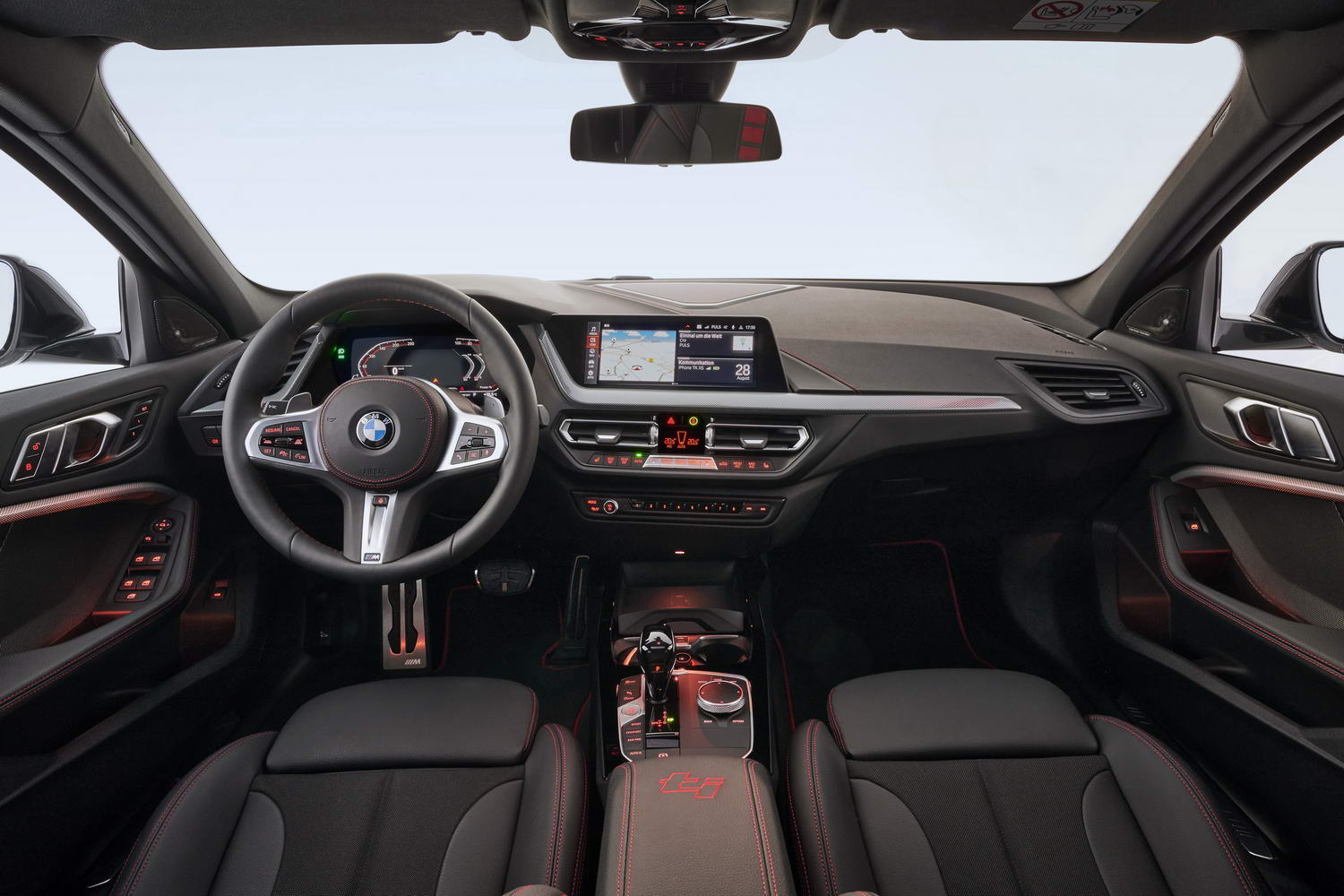 Following on from our drive in a pre-production version of the 2021 BMW 128ti, the German company has released full details of its new rival to the Volkswagen Golf GTI. While the 128ti is, in effect, a front-wheel-drive take on the range-topping BMW M135i xDrive, it's promised to appeal to driving enthusiasts with bespoke chassis tweaks to live up to the 128ti's unique appearance. BMW Ireland has confirmed that the 128ti will cost €44,585 on-the-road.

Externally, the BMW 128ti takes the 1 Series M Sport specification as its starting point, though adds in the outer air intakes from the M135i and finishes the 'Air Curtain' surrounds in red. Choose Storm Bay metallic, Mineral Grey metallic, Sapphire Black metallic or Alpine White for the paint colour and you get red side sills and red 'ti' logos ahead of the rear wheels. If you prefer Melbourne Red metallic or Misano Blue metallic for the paint, then the sills and logos are black instead, though buyers can also opt to remove the logos and keep body-colour sills, too.

More red accents are found at the back, along with a gloss-black bumper insert and dual large-diameter exhaust outlets. Black is used for the radiator grille and surrounding the windows, as well, and darkened headlight surrounds are also available. A set of bespoke 18-inch alloy wheels are standard and they can be fitted with high-end Michelin Pilot Sport 4 tyres for no extra cost.

Inside, the red-and-black theme continues, with lots of red stitching and a red section on the Sensatec/cloth sport seats, plus a red 'ti' stitched into the centre armrest. M door sill strips, M seat belts and 'Boston' backlit trim strips are standard. It's possible to upgrade to perforated Dakota leather upholstery in black, or red with grey accents. Choose the latter and the red stitching throughout is switched to grey.

If you really want to go to town on your 128ti, BMW also offers its M Performance Parts for the car.

Under the bonnet of the BMW 128ti is a turbocharged four-cylinder 2.0-litre petrol engine. It produces 265hp at 4,750-6,500rpm and 400Nm of torque from 1,750-4,500rpm. BMW quotes a 0-100km/h time of 6.1 seconds and an electronically limited top speed of 250km/h. The only gearbox offered is an eight-speed Steptronic Sport automatic, with gearchange paddles behind the steering wheel. It channels power to the front wheels only, but the 128ti retains the M135i's Torsen limited-slip differential to improve traction.

In terms of the chassis, the 128ti gets a bespoke steering tune, large M Sport brakes and a custom take on the M Sport suspension with a 10mm ride height drop. The M135i's anti-roll bars and anti-roll bar mounts are carried over, along with modified springs and dampers. On top of all that BMW says that the 128ti is 80kg lighter than its all-wheel-drive sibling.