New Audi A3 TFSI-e goes 67km on its battery 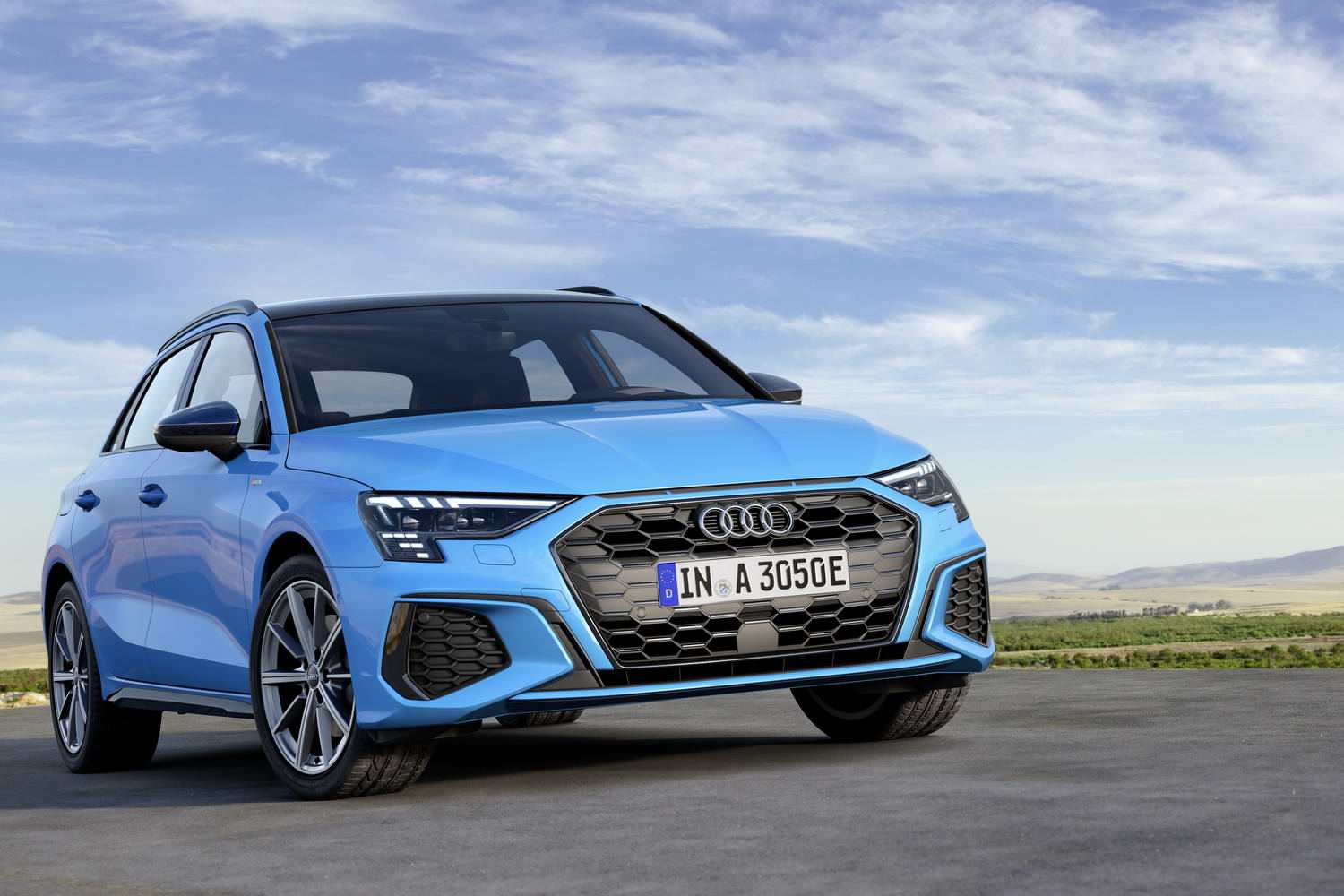 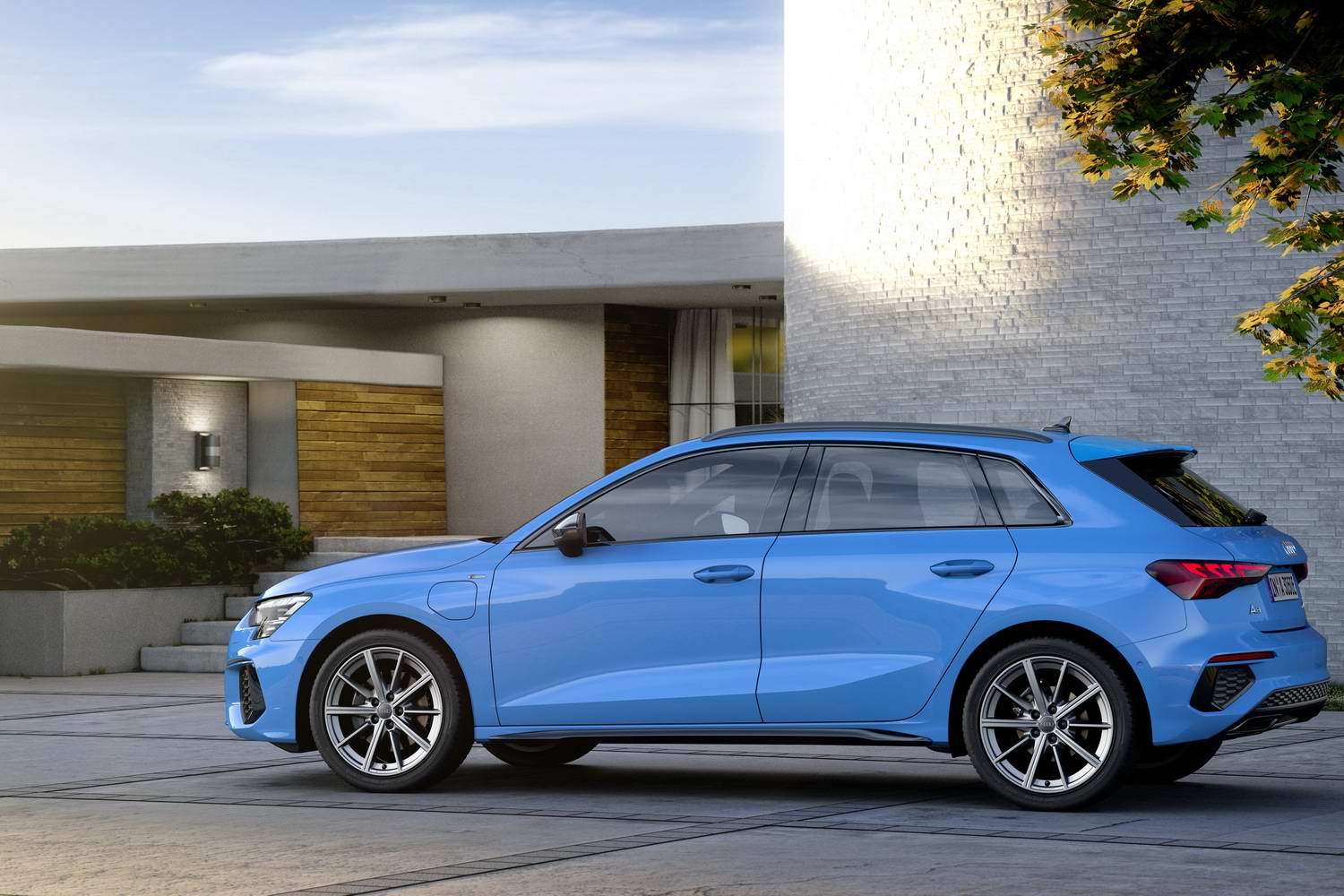 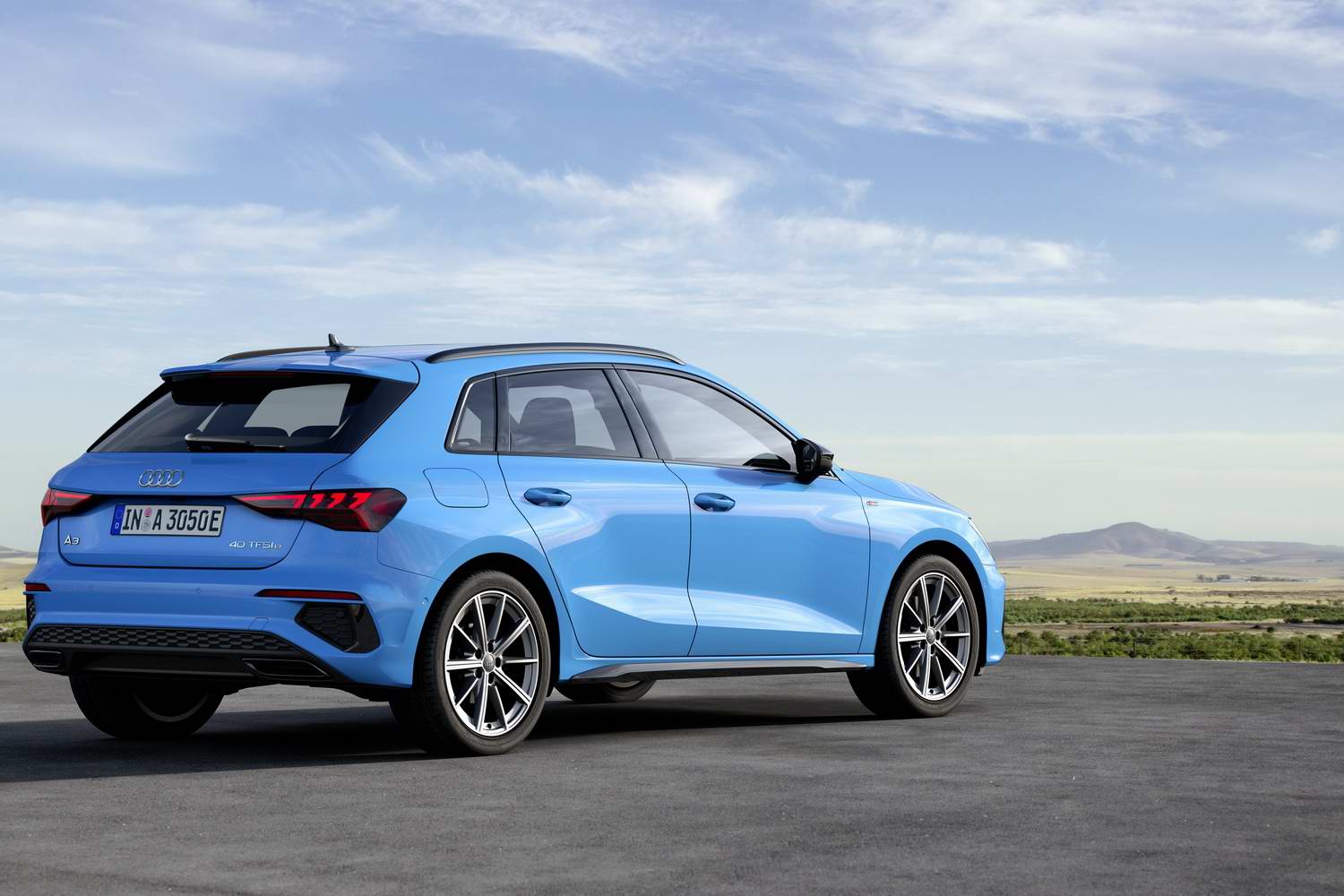 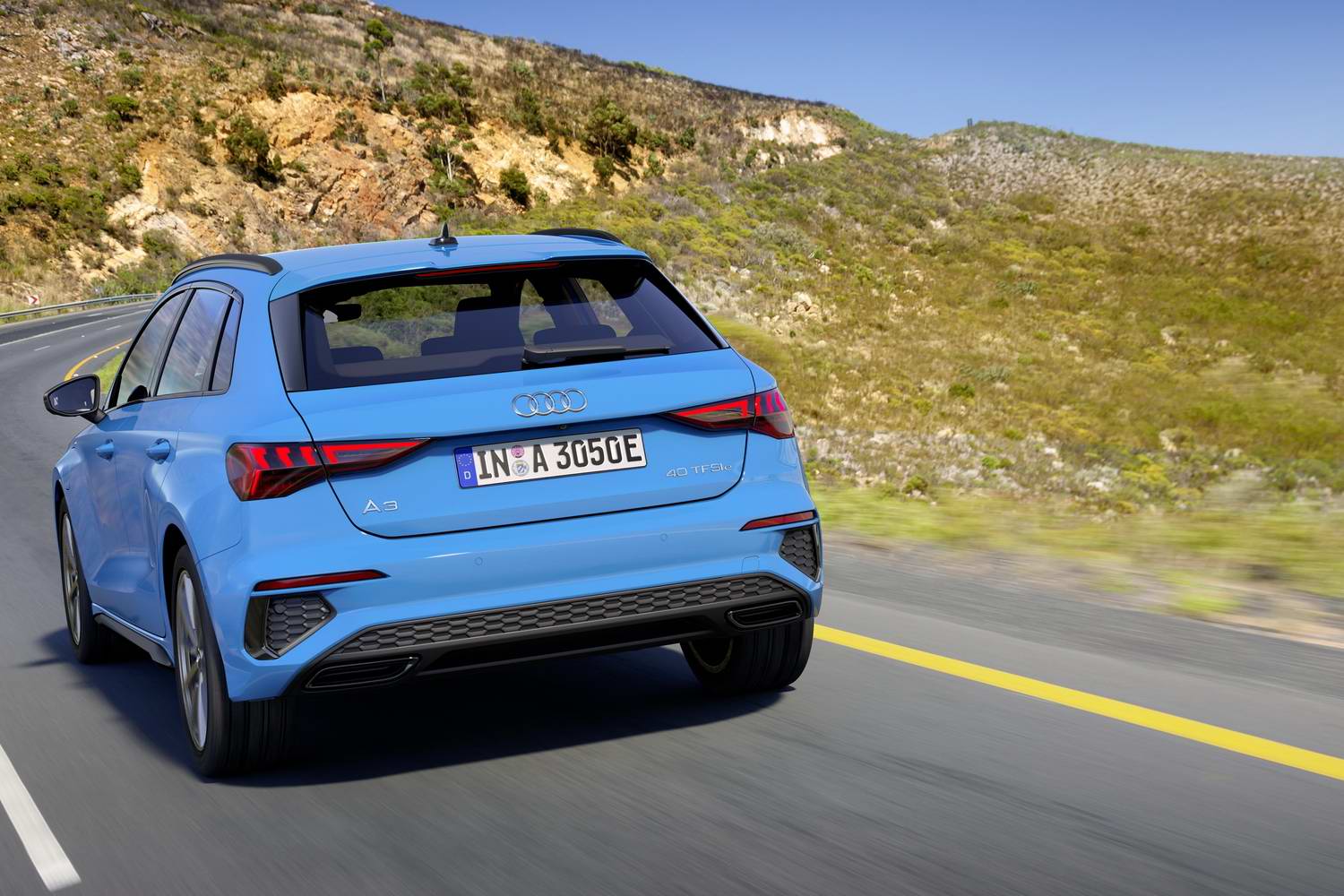 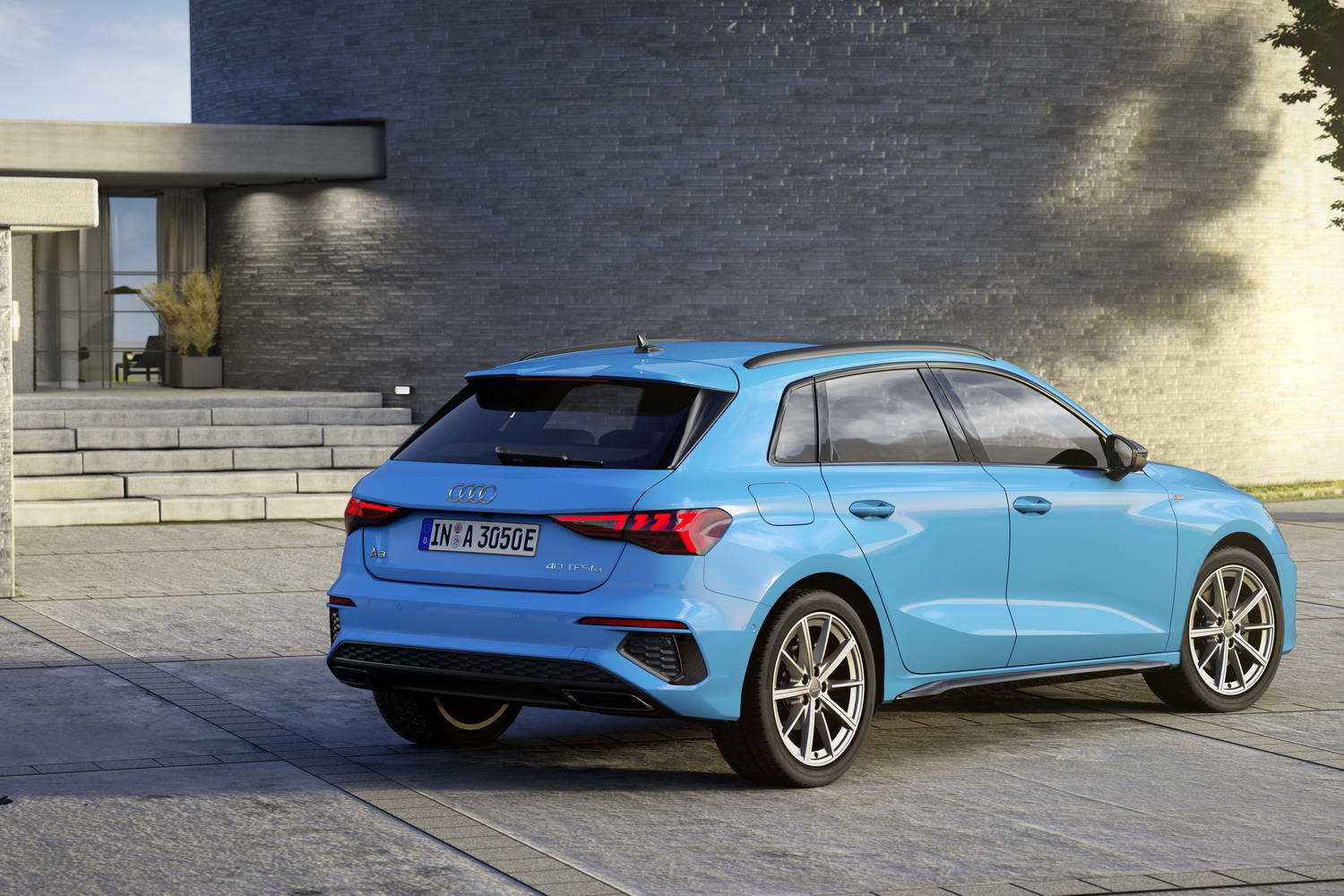 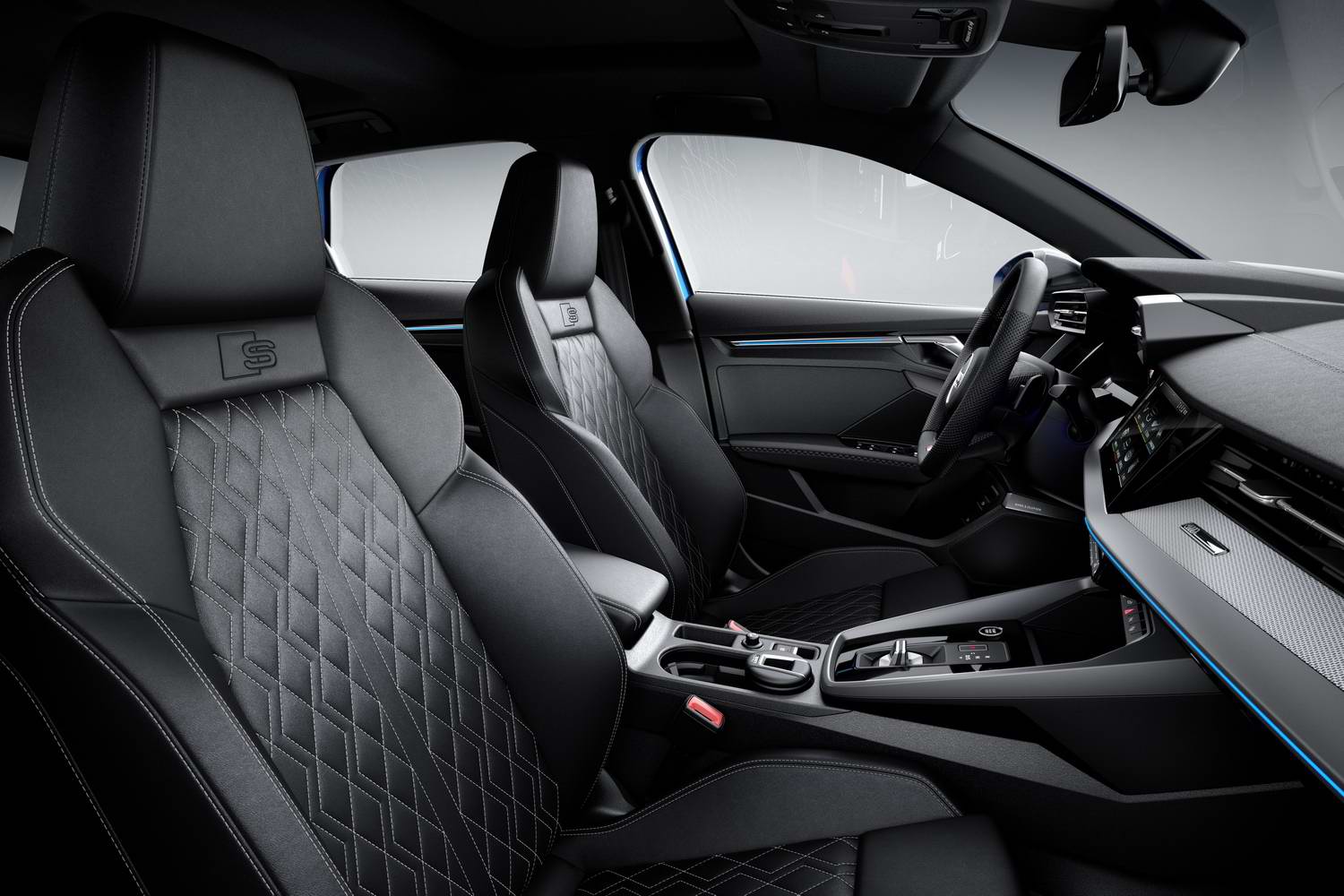 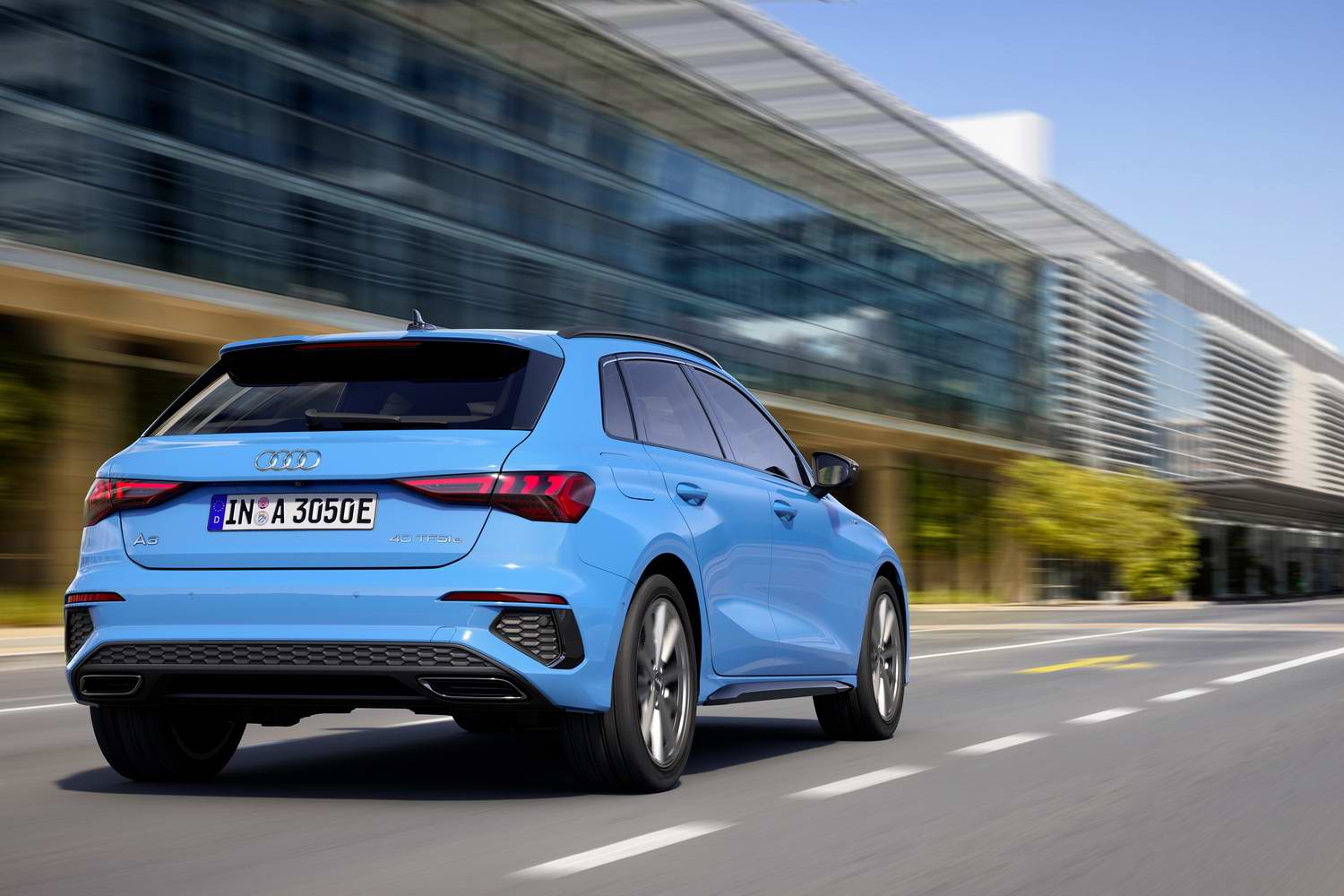 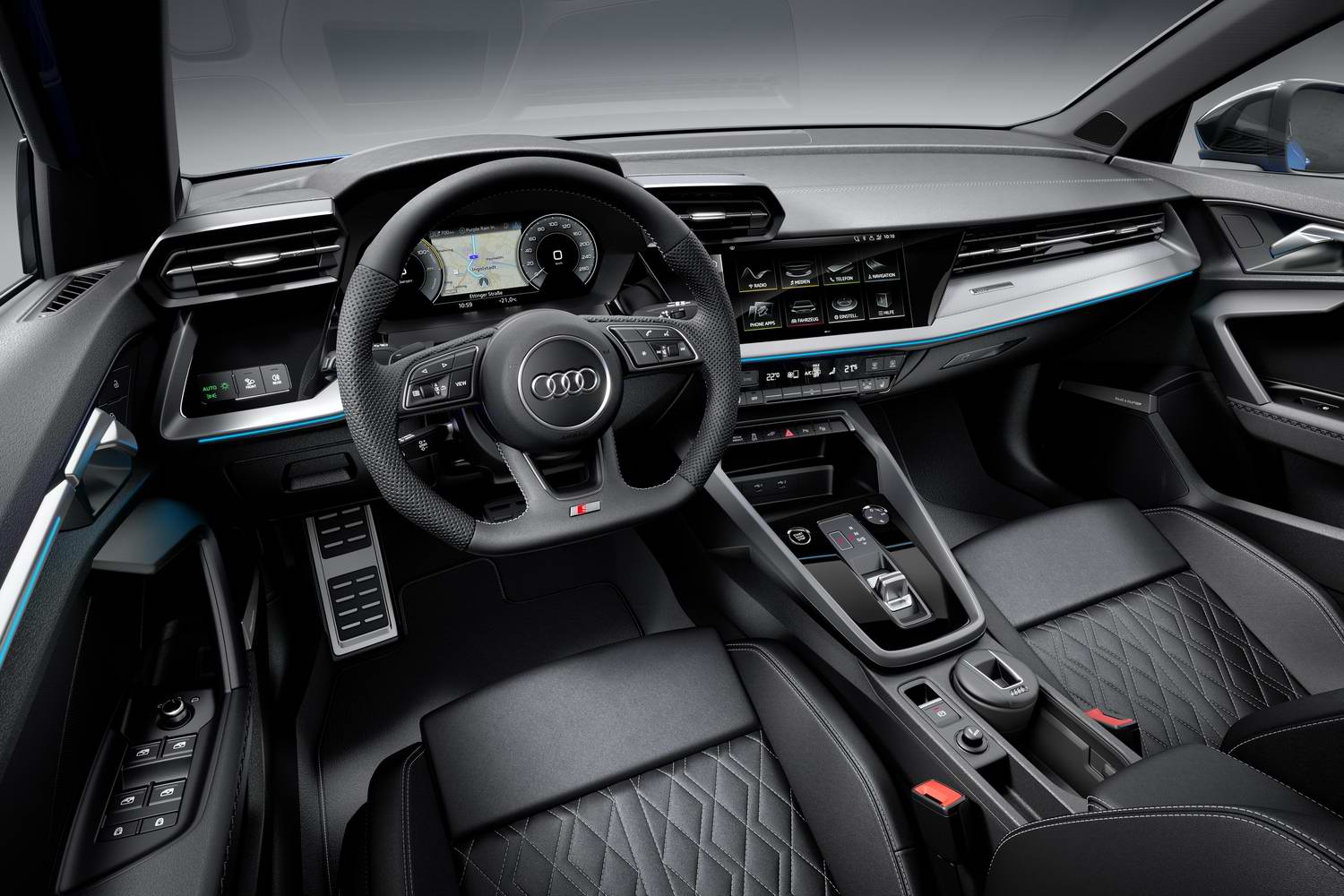 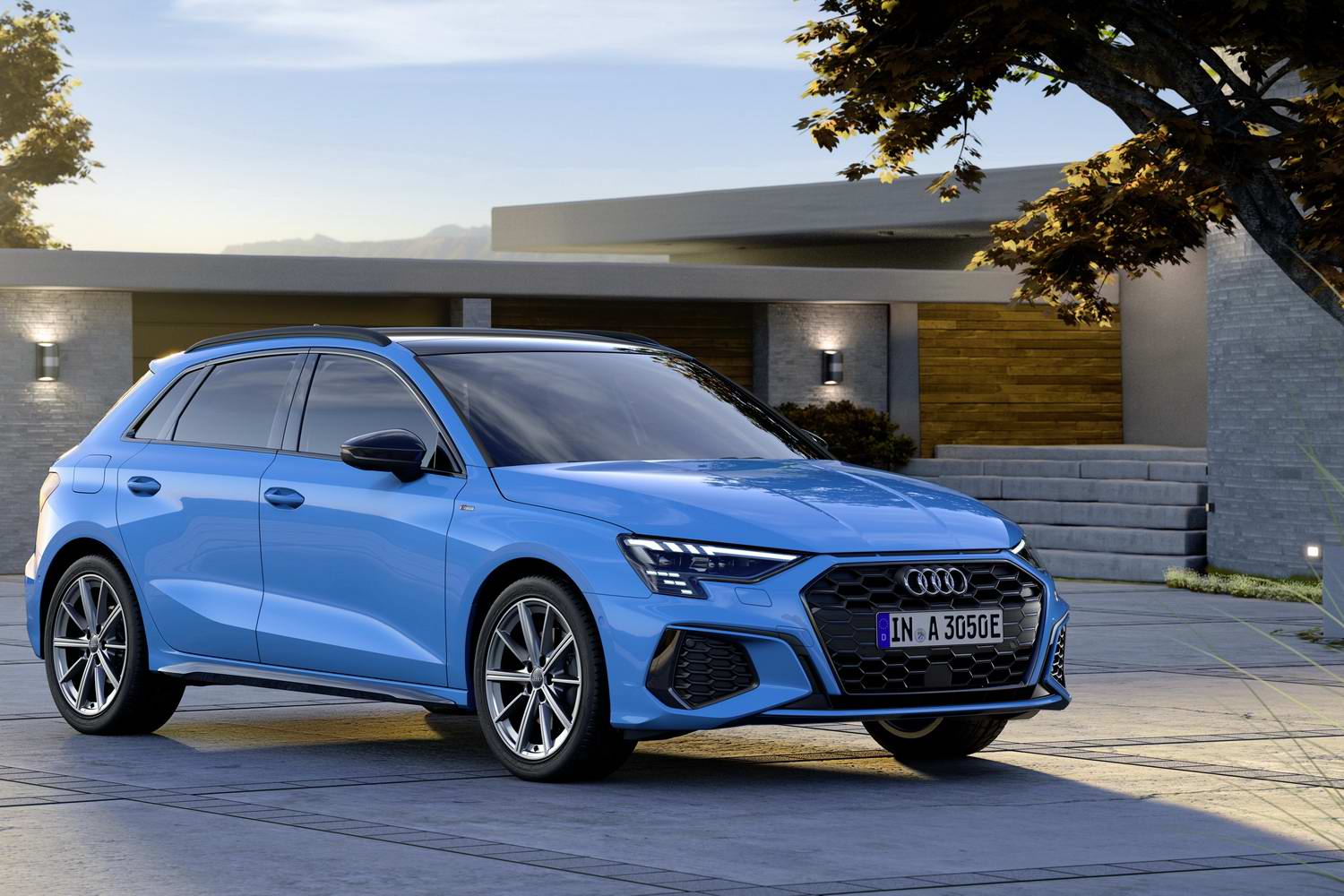 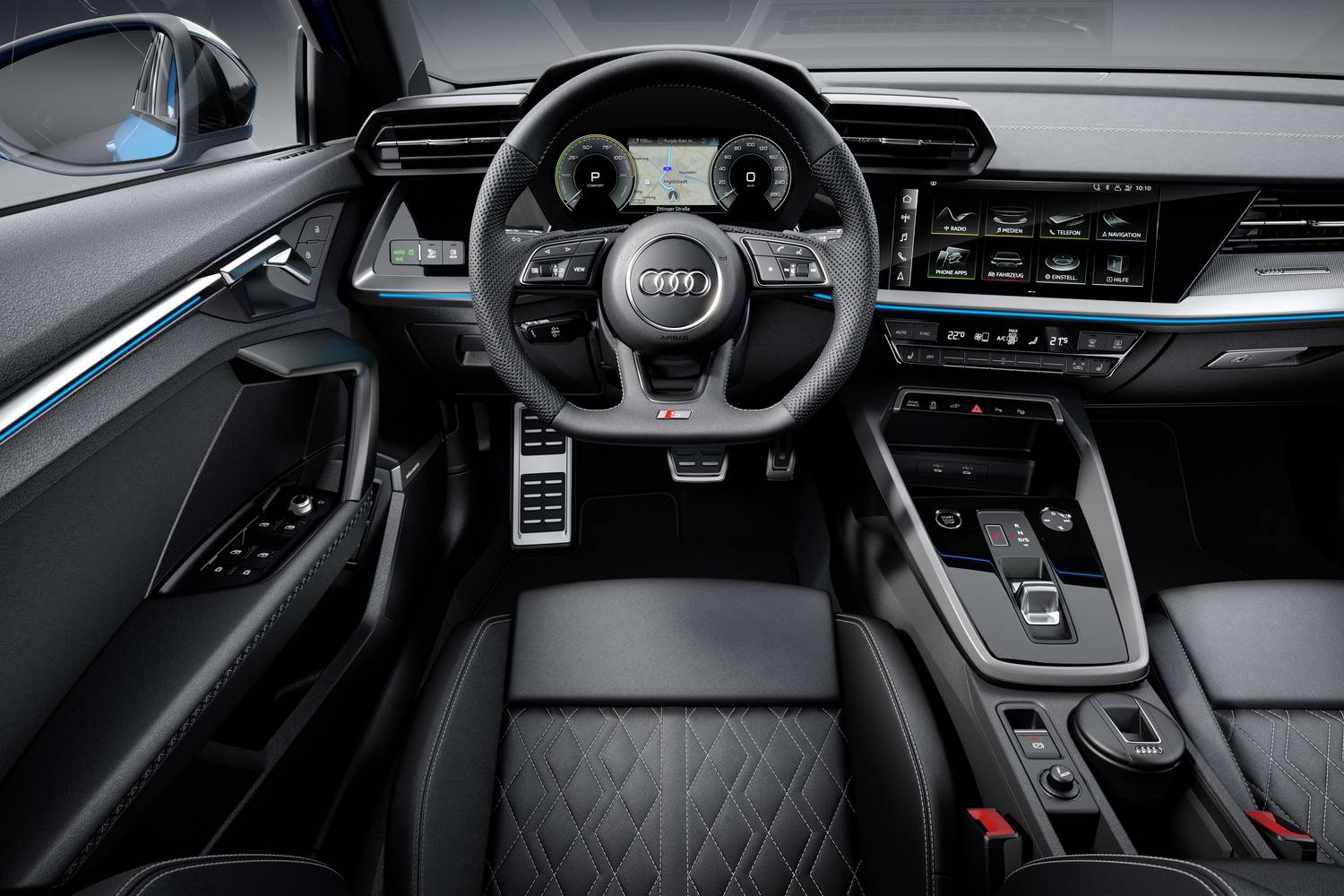 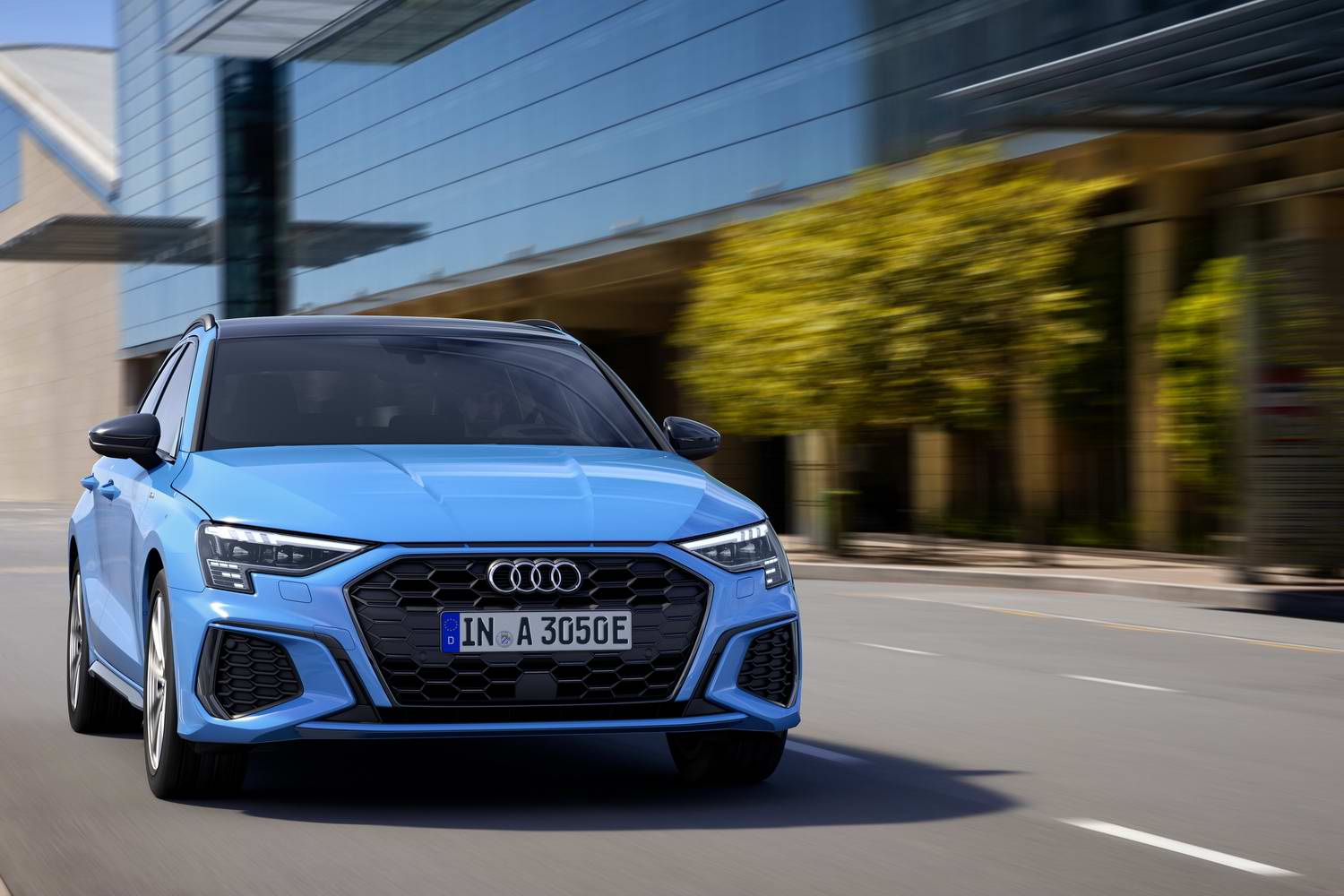 Audi's new A3 TFSI-e plug-in hybrid hatchback will go for a claimed 67km on one charge of its battery, based on the new WLTP economy and emissions test (it would go for 78km on the old, discredited, NEDC test).

The A3 joins the growing ranks of Audi's plug-in hybrid lineup, which now includes the A6, A7, A8, Q5, and Q7 with more to come. This new A3 40 TFSI-e effectively replaces the old A3 e-Tron, but moves its plug-in game onwards quite considerably.

As with its distant cousin, the Volkswagen Golf GTE, the A3 TFSI-e uses a 150hp 1.4-litre turbocharged four-cylinder petrol engine, combined with an 80kW electric motor to deliver a combined 204hp and 350Nm of torque. Audi quotes a claimed 0-100km/h time of 7.6 seconds, and a top speed of 227km/h. More importantly, its official CO2 figures are between 30 and 34g/km, which even when we get the revised car tax bands in the Budget, should keep it in one of the lowest possible price bands.

That electric motor is smaller and lighter than the old one and is actually mounted inside the six-speed 'S-Tronic' dual-clutch automatic transmission. That transmission gets its own oil pump and supply so that it can keep changing gears when running under just electric power.

Battery gets its own cooling pack

For that electric power, the A3 TFSI-e gets a big 13.0-kWh battery, give or take half as much again as its direct predecessor. Hence the chunky 67km electric-only range. The battery pack gets its own dedicated cooling system, and can even take bleed-air from the air conditioning system in very hot conditions.

In fully electric mode, the A3 can still hit a maximum speed of 140km/h, and you can choose from two different battery operating modes - 'Hold' which puts you back onto petrol power to save the battery charge for later, or 'Charge' which uses the petrol engine to top up the battery as you drive. There's also an intelligent energy management system which tries to get the car to coast, with the engine switched off, as much as it can.

Apart from the battery modes, you can also choose from the regular Audi driving profiles of Dynamic, Comfort, Auto, and Individual. You can also knock the S-Tronic gearbox into Sport mode, which gives you greater brake energy recuperation, and a bit of 'one-pedal' driving around town. In fact, lift off the throttle pedal and the energy recuperation system can slow you down at 0.3-G, which means you only need to use the mechanical brakes for the final few metres. You can hit a peak of 40kW of energy recovery, depending on what you're doing.

The suspension has been tweaked a little, to allow for the extra weight of the battery, and special 16-inch alloy wheels are standard (although you can spec 17-or-18-inch rims too).

Plug into a standard domestic socket and the A3 TFSIe will fully charge in around four hours, and you can control that charging (as well as cabin heating or cooling while it's on charge) from the MyAudi app on your phone.

On the outside, aside from the TFSI-e badging, there's not much to tell an A3 TFSI-e from a regular model, but if you go for the optional Matrix LED headlights, they do have a unique daytime running light signature, which forms the shape of a stylised 'e'.

Inside, to continue to eco-friendly theme the seats are covered in material made from recycled PET bottles, but the battery does eat into your boot space, chopping around 100 litres out, leaving you with just 280 litres.

There's a 10.1-inch MMI touchscreen with the latest, faster, processor and connected online services. Those include Google Earth navigation, a high-speed wifi hotspot, and even 'car-to-X' communications which allow other cars to warn yours of possible hazards up ahead.

The new A3 TFSI-e goes on sale in Europe in the autumn and will be available in Ireland from early 2021.