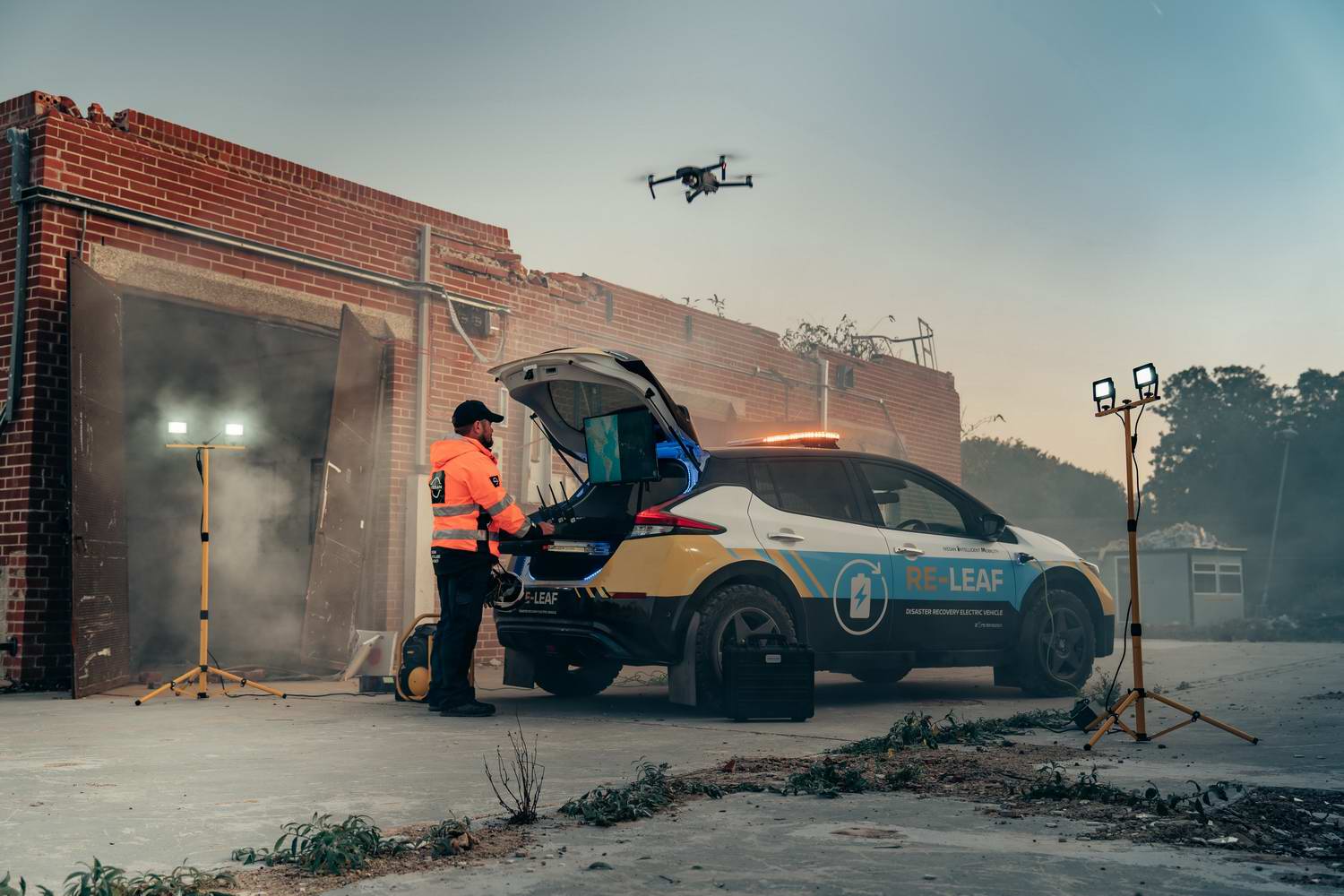 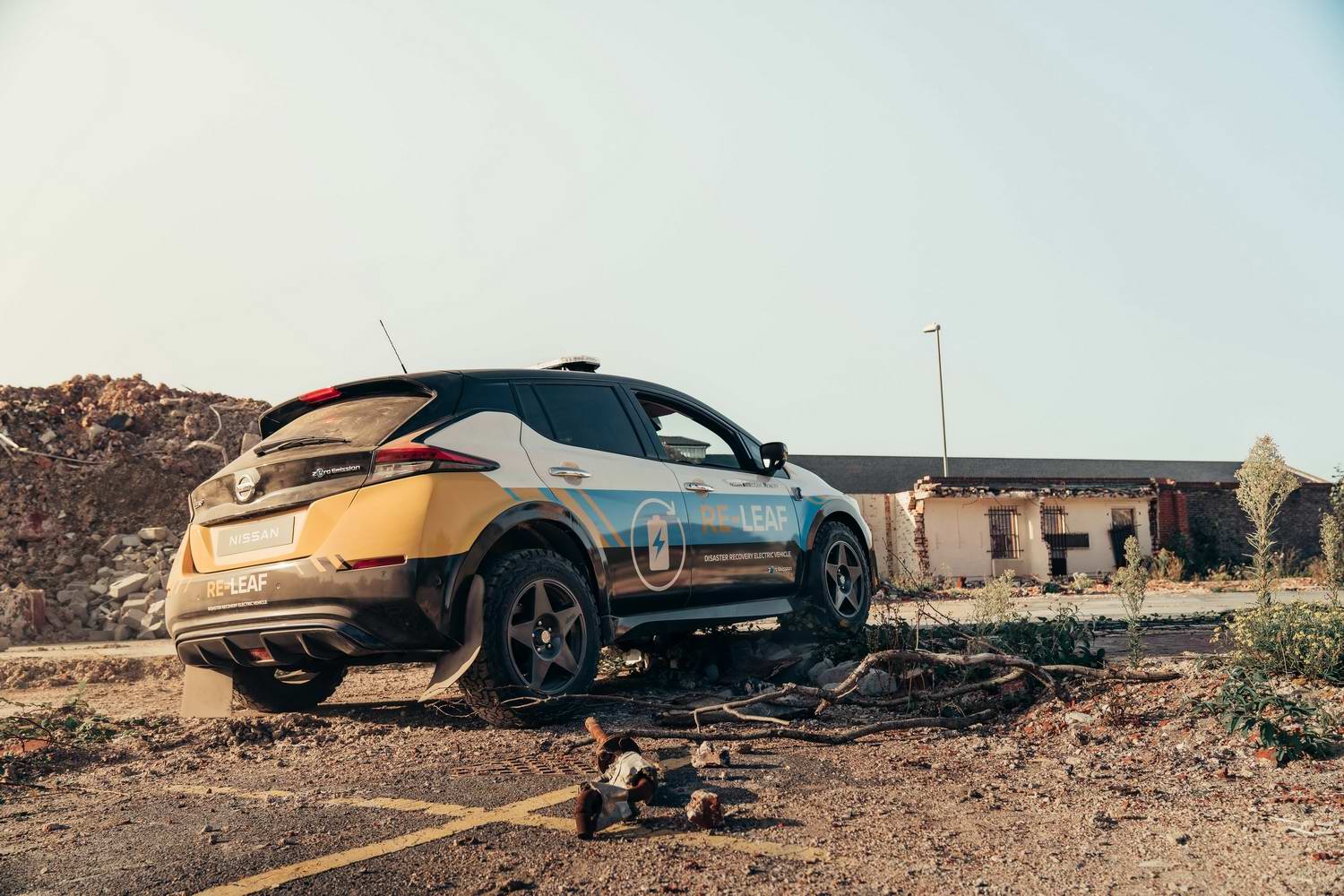 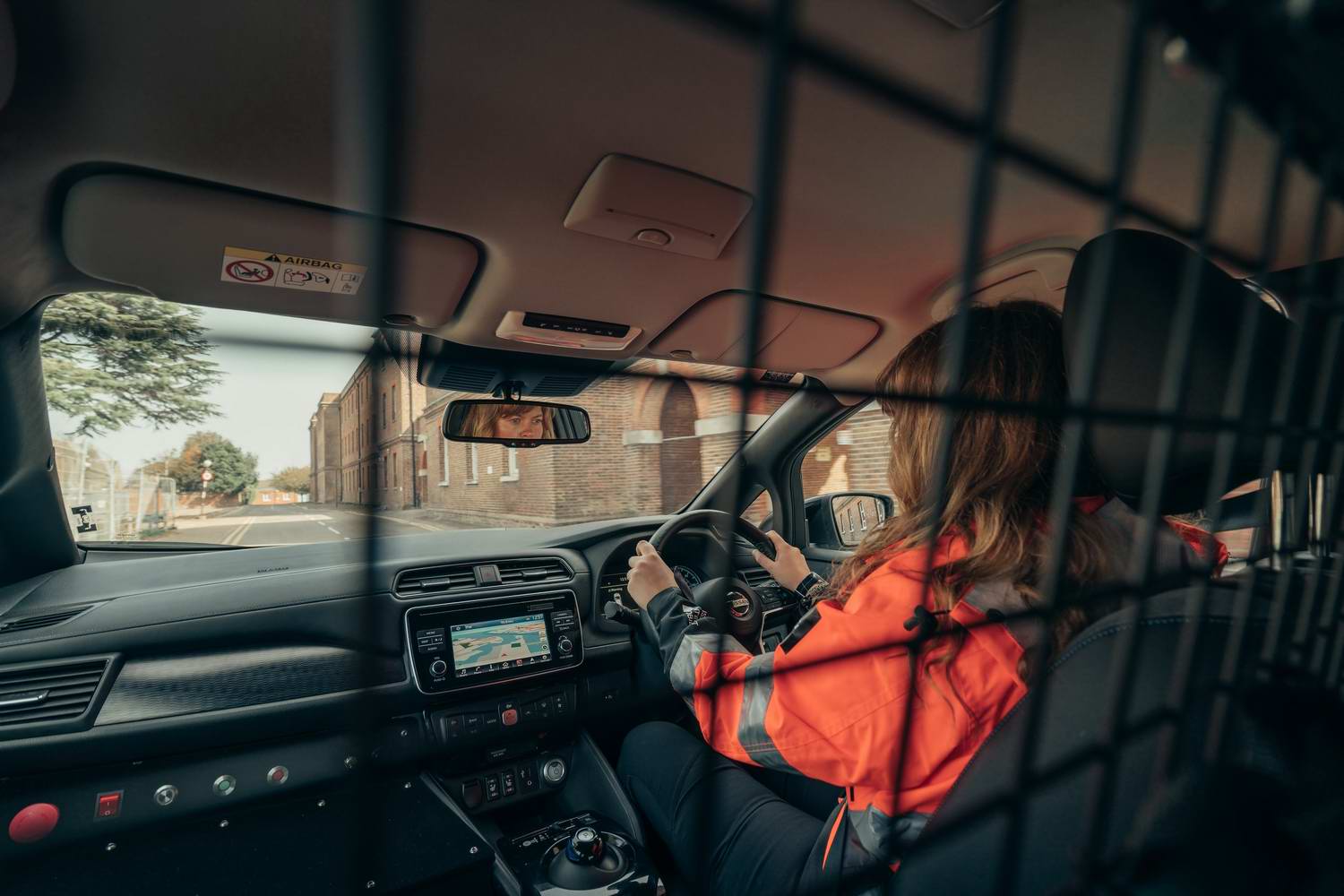 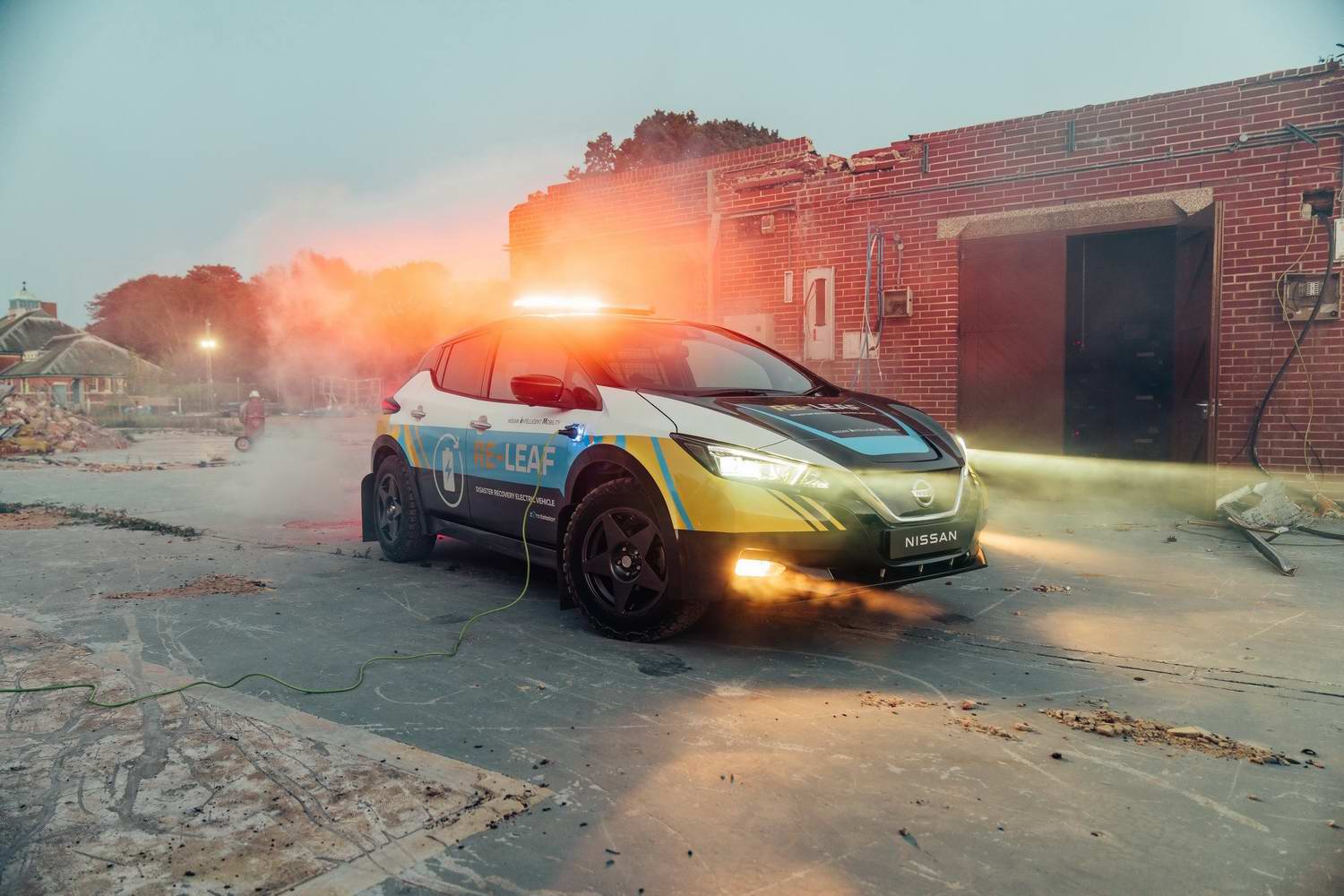 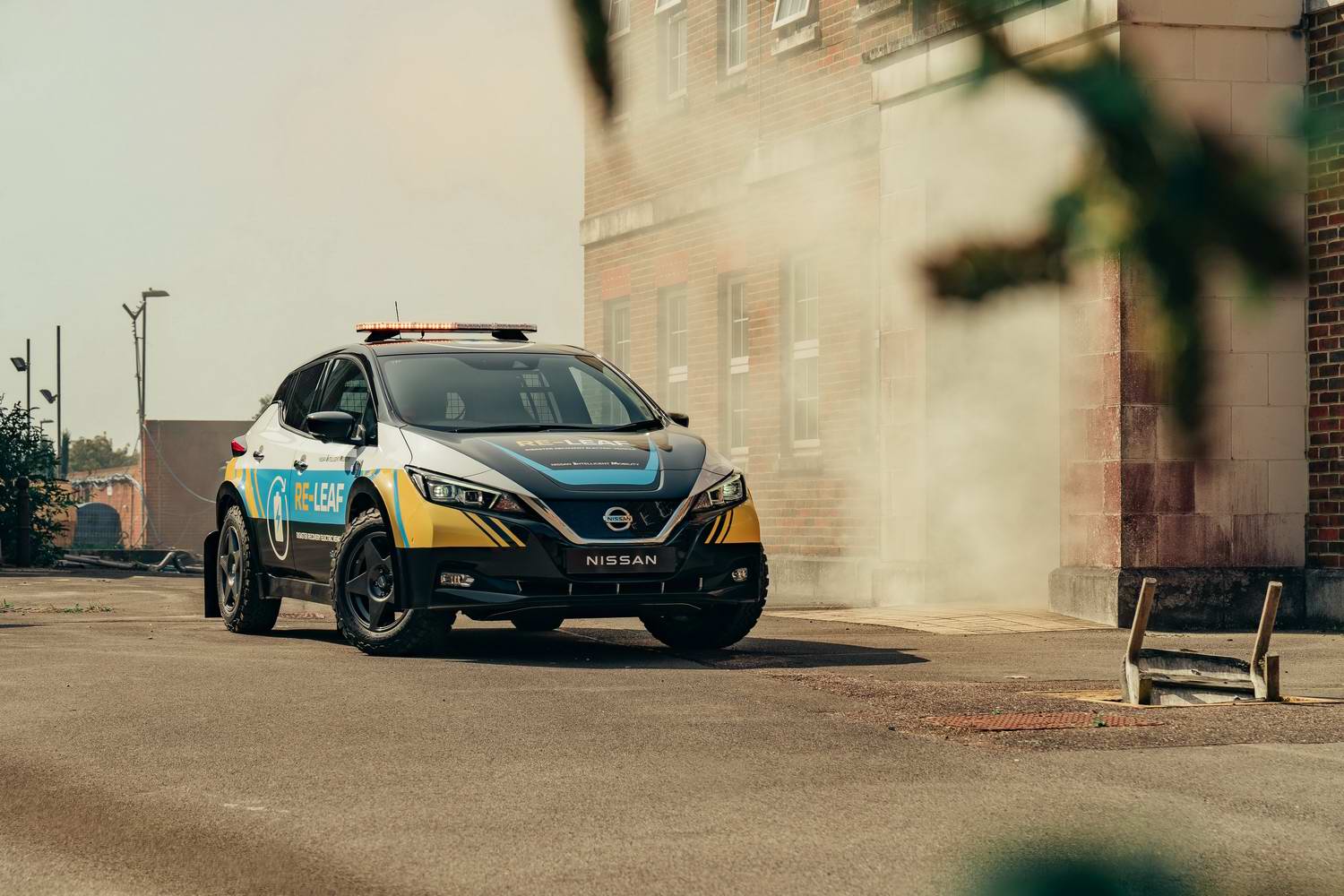 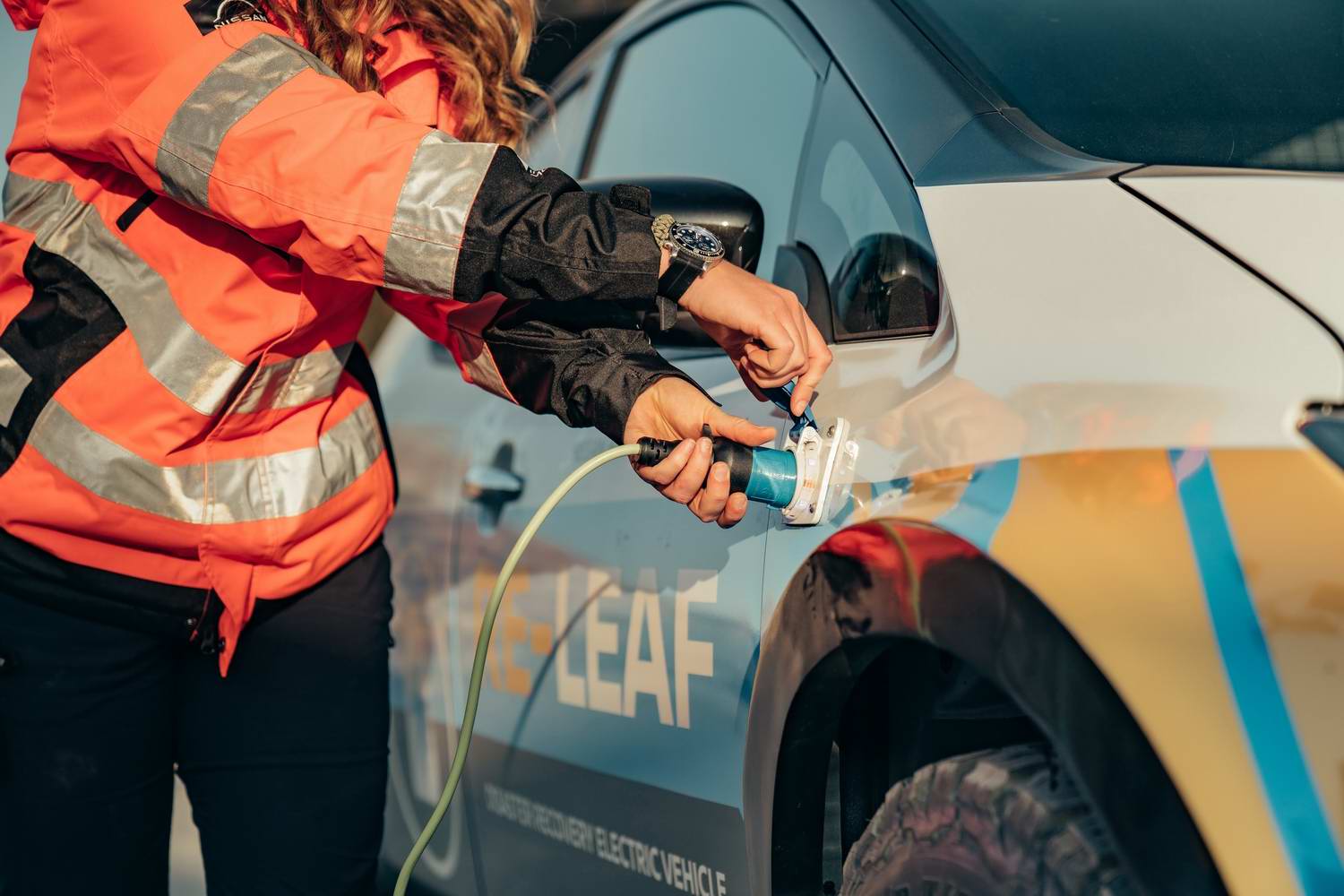 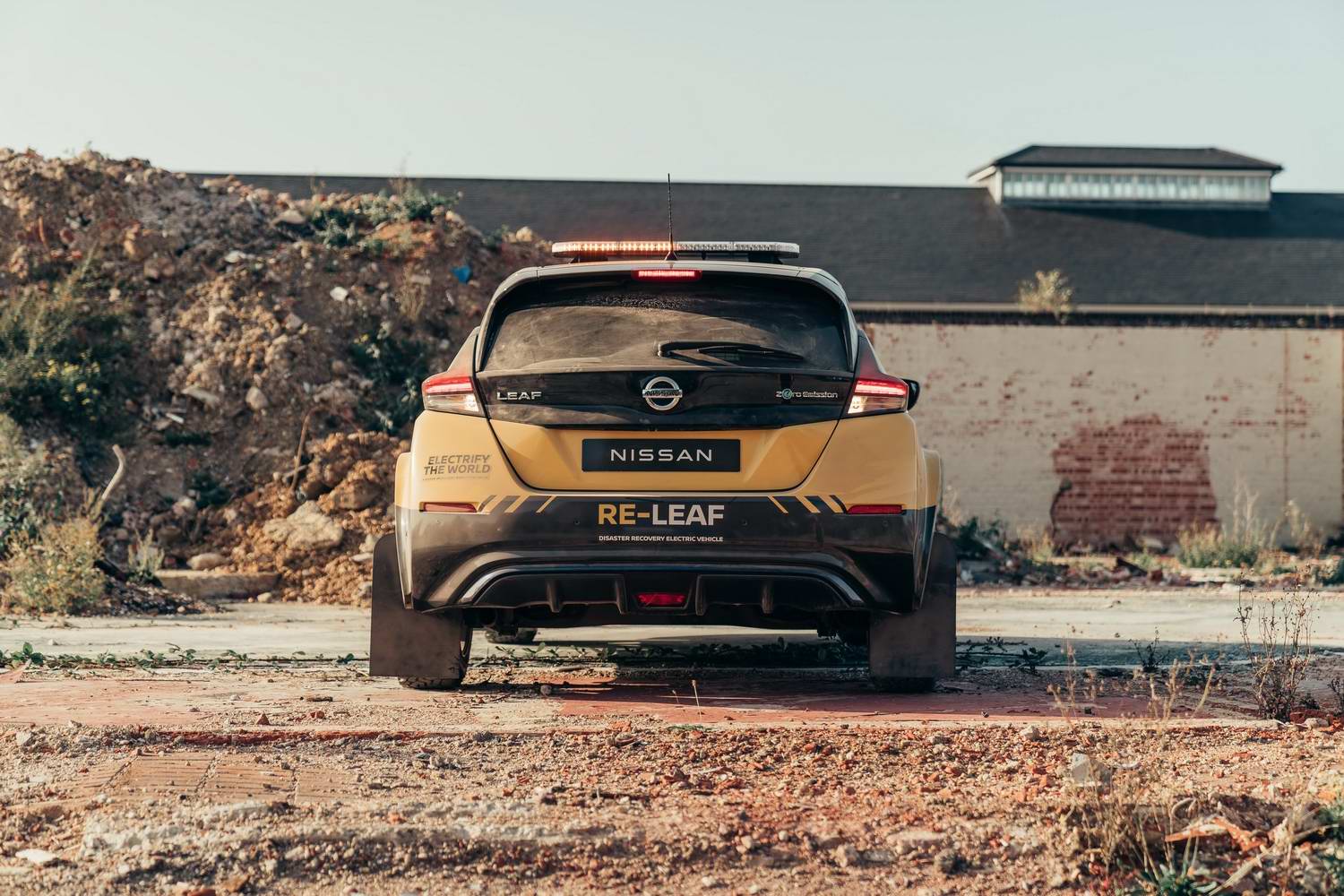 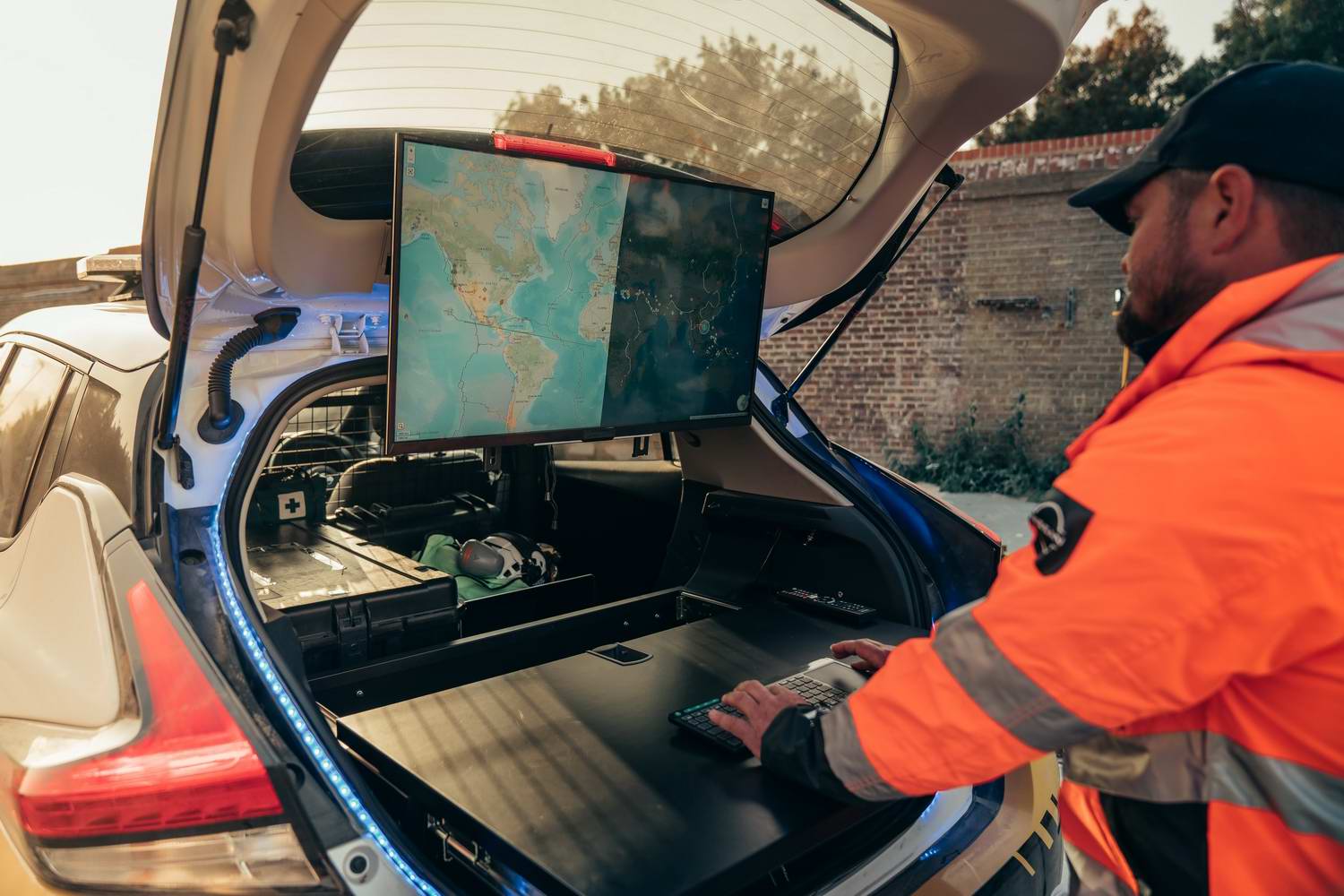 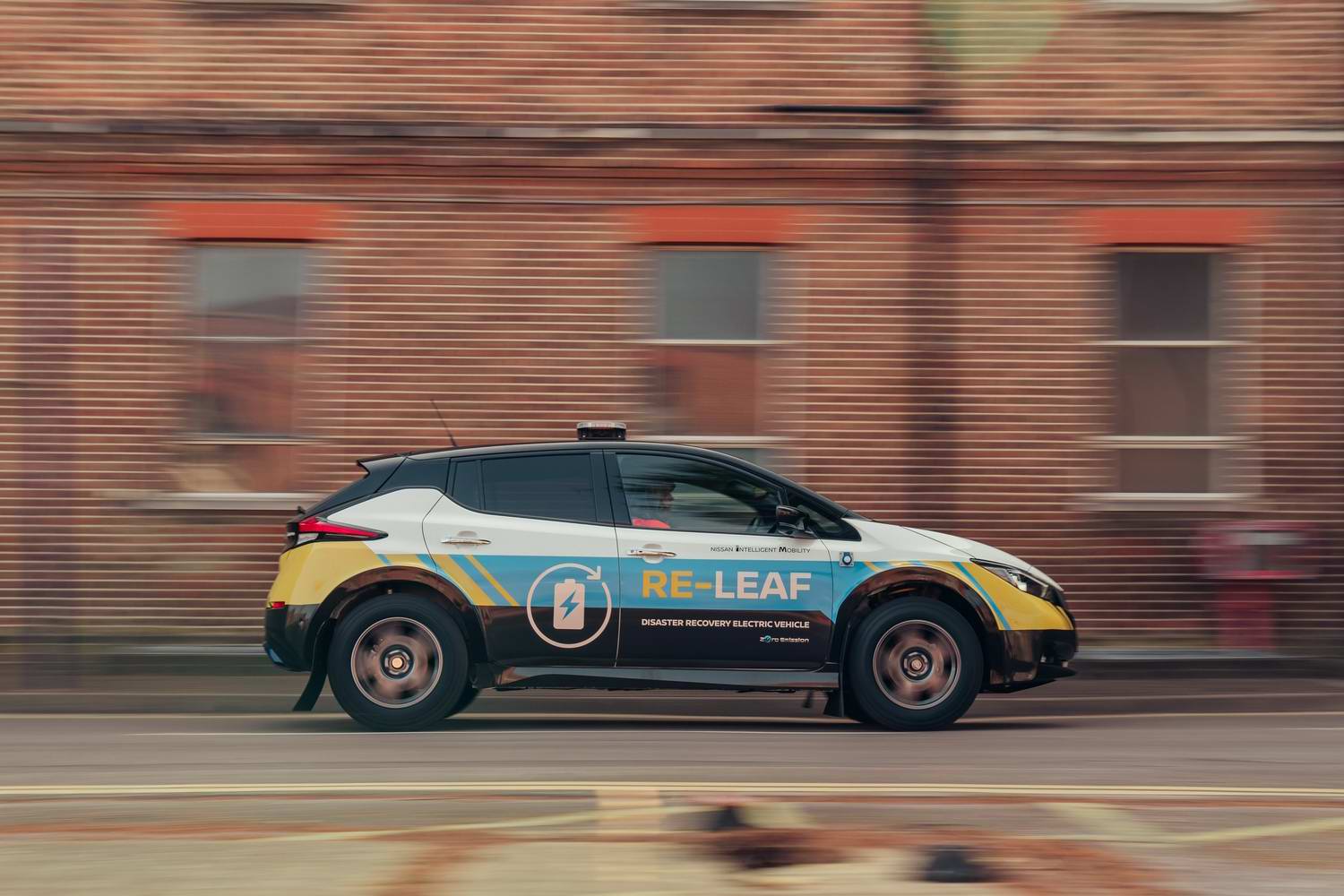 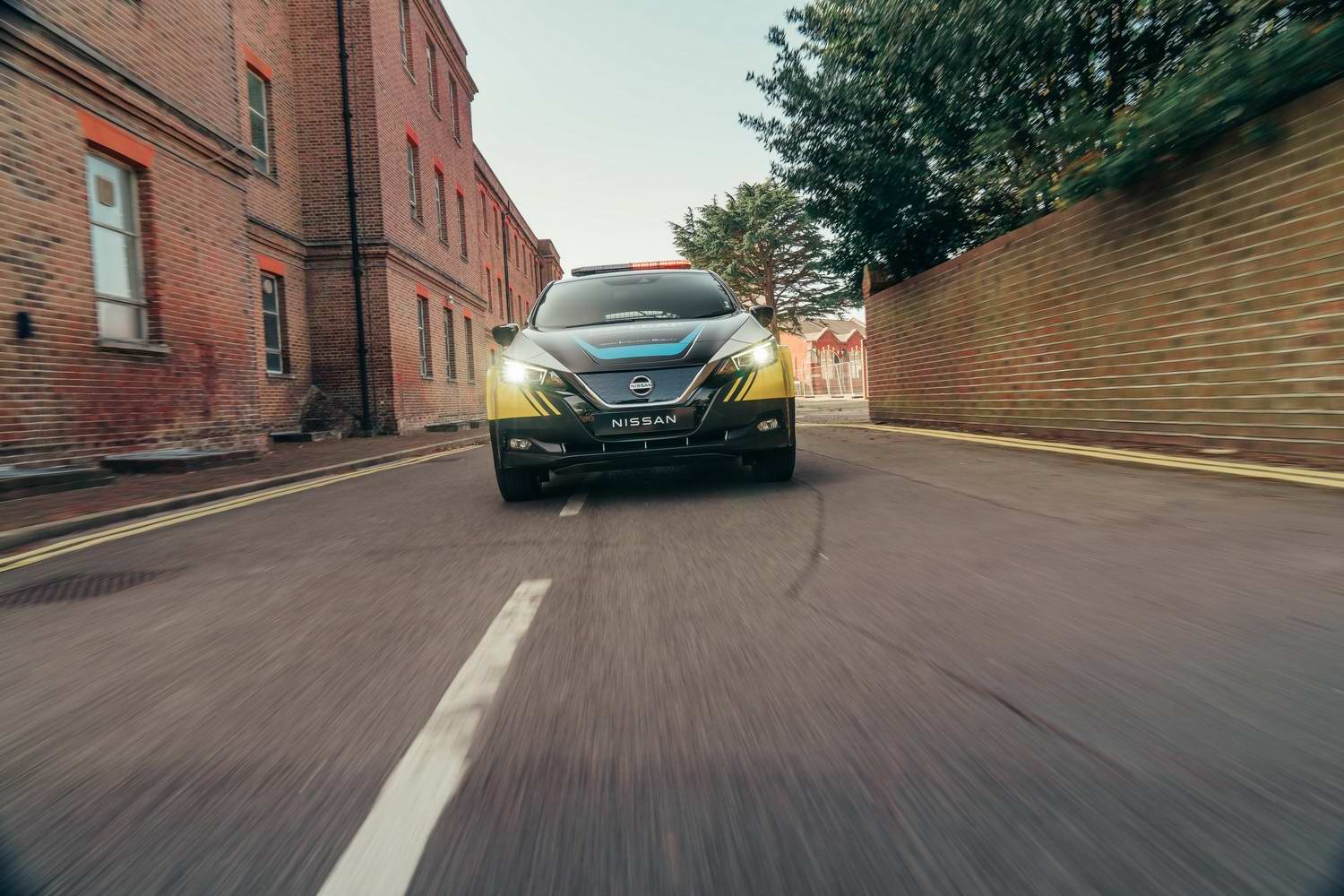 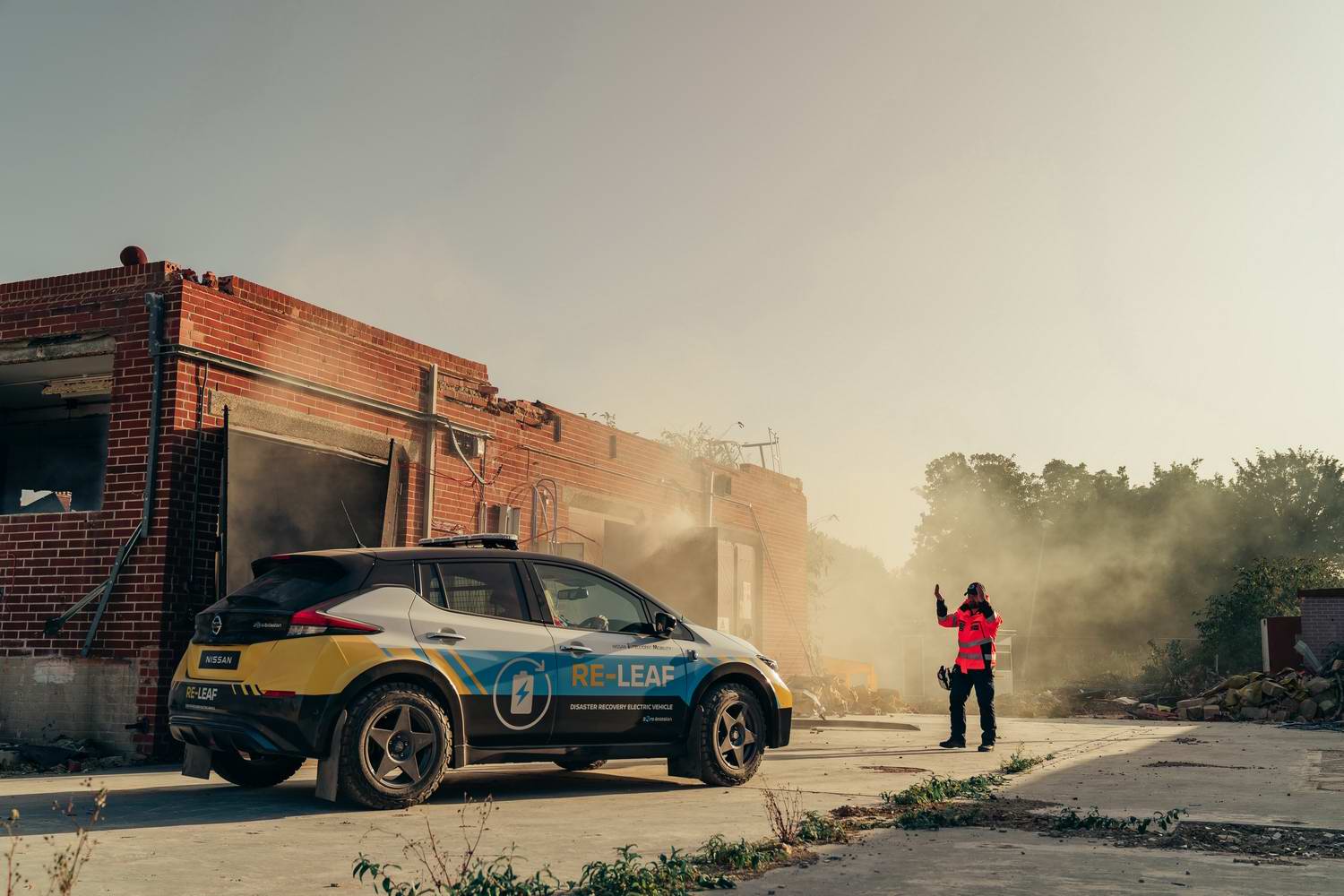 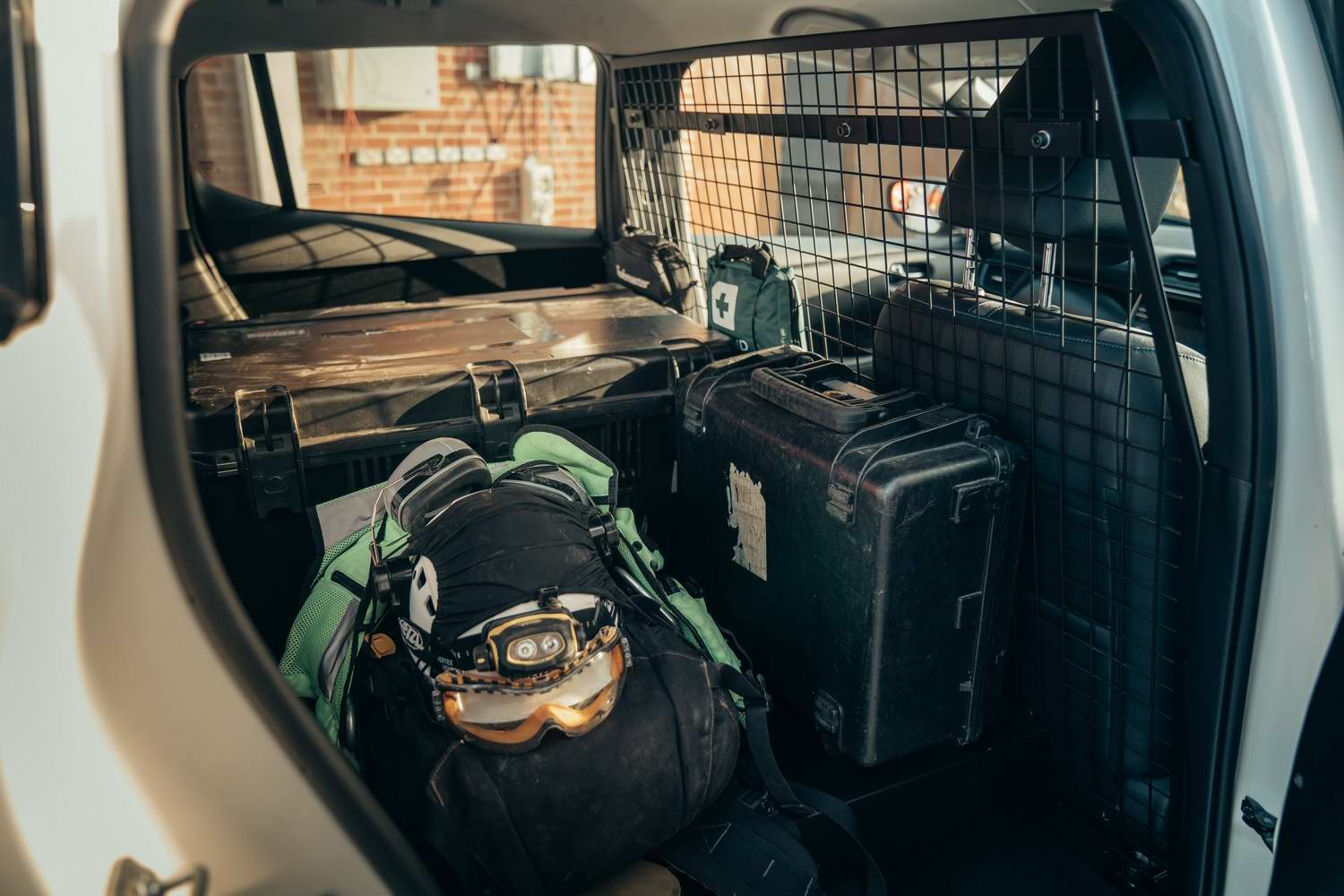 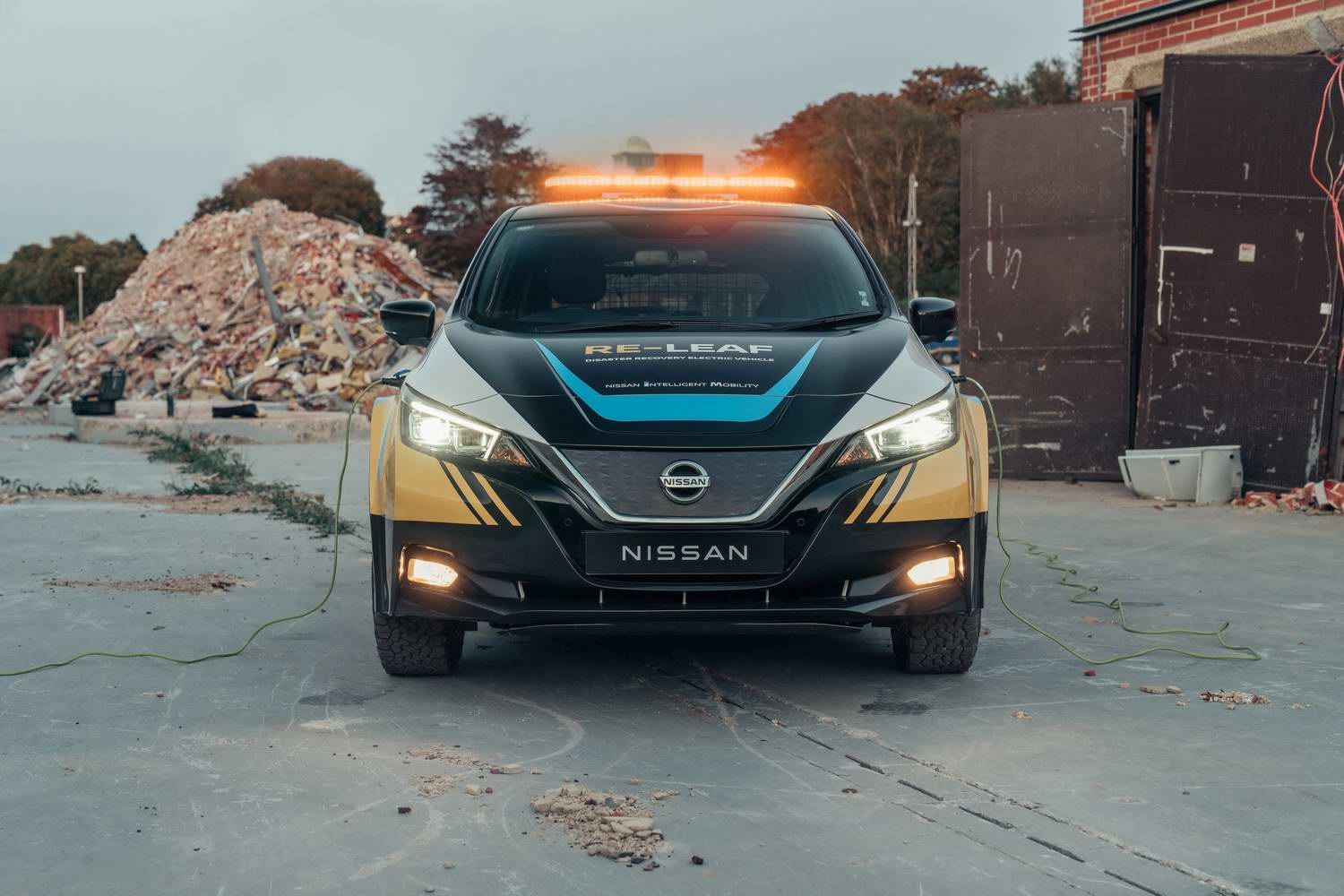 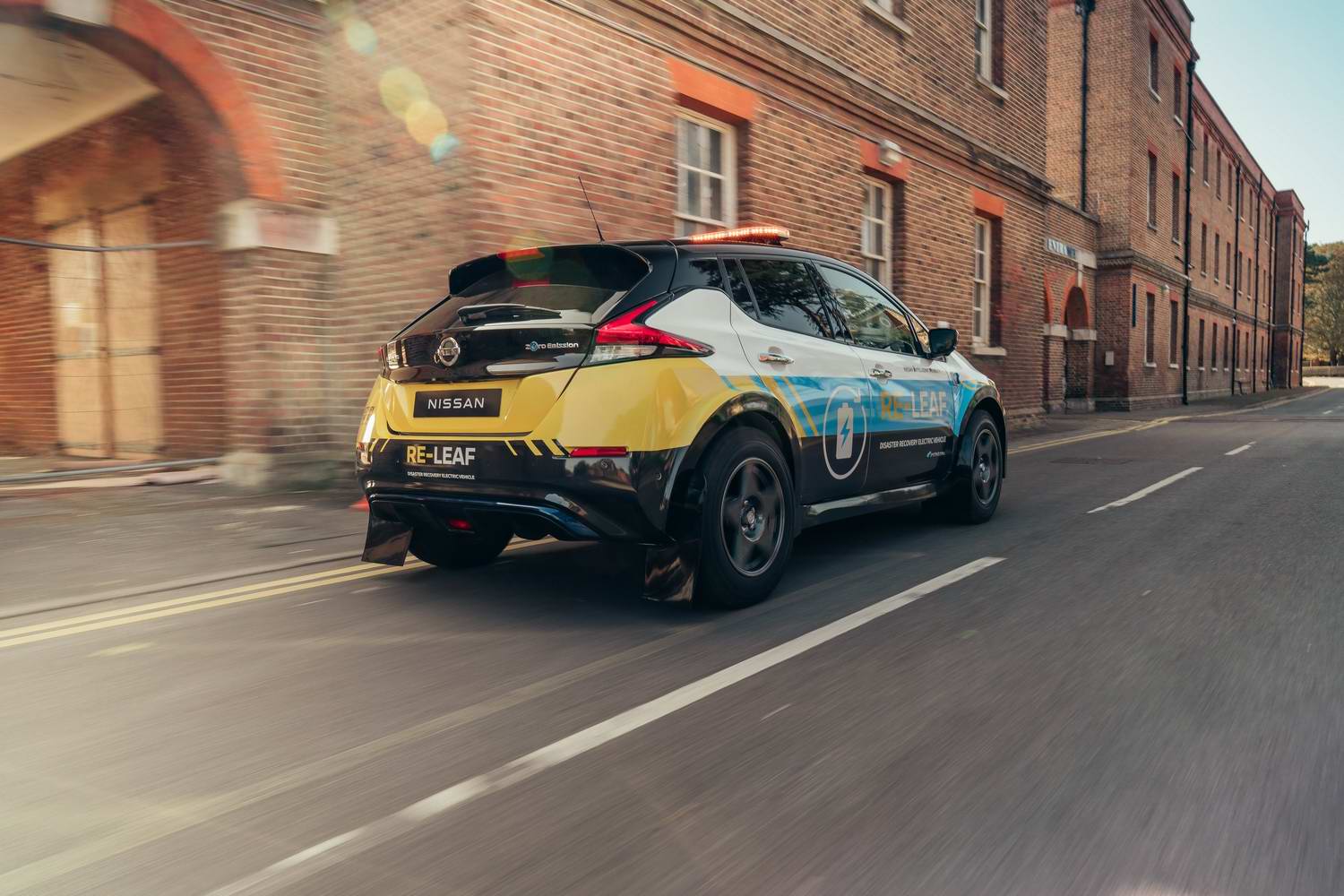 The Nissan Re-Leaf concept aims to assist with recovery from large emergencies.

Nissan has created a special version of its Leaf electric car, designed to be able to reach areas impacted by natural disasters to provide relief, supplies and - crucially - electricity. Appropriately, it's been called the 'Re-Leaf.'

Biggest cause of power outages

According to Nissan, natural disasters are the biggest cause of power outages. A 2019 World Bank report found natural shocks and climate change caused 37 per cent of outages in Europe between 2000 and 2017, and 44 per cent of outages in the US over the same period. The time taken to restore power to an affected area is usually between 24 and 48 hours, a vital period during which time lives may be lost due to a lack of light, of power for tools or medical equipment, or for communication.

The Re-Leaf has been designed to be able to get into an emergency zone, quickly, and to be able to act as a static power source, providing electricity for devices running on 110-230 volts. In something of a modern-day equivalent to the old Land Rover power take-off connection, the Re-Leaf gets three sockets - two weatherproof ones on the outside, and a 'normal' domestic socket in the boot. Nissan says that the car has been designed to "support the three 'REs' of disaster preparedness - providing an emergency REsponse, aiding the humanitarian REcovery and improving community REsilience for the future."

It's also been modified to cope with tough terrain, with a 70mm increase in the ride height, a 'sump-guard' that, being as there is no oil sump, protects the entire underbody of the car, wider tracks (up by 90mm at the front and 130mm at the rear), custom wheel arches, mud flaps and all-terrain tyres on 17-inch motorsport wheels.

Can run a family home for six days

The Re-Leaf uses the same 62kWh battery as the standard Leaf, but with a special energy management system to allow it to output 230-volt power to the sockets. The rear seats have been removed and a level floor installed for cargo and there's a bulkhead panel behind the seats. For the driver and operator, there's a desk that slides out from the back, with a built-in 32-inch LED screen and dedicated power supply, which creates a ready-to-go operational hub. Once the normal power is back up and running, the Leaf can be recharged from a domestic socket, which takes 18 hours, or 11.5 hours on a 7.4kW charger, or 90 minutes on a 50kW CHADEMO rapid charger.

That 62kWh battery contains enough power, on a full charge, to run an average household for up to six days, according to Nissan. When you're using the Re-Leaf to power tools, it can keep them running for days at a time, too. For instance, running on 230 volts, a jackhammer running for 24 hours, non-stop, would draw 36kWh. A pressure ventilation fan, running for 24 hours, would consume 21.6kWh. An intensive car medical ventilator, running all day and night, would use just 3kWh, while a 100-watt LED flood light, switched on and left on for 24 hours, would draw 2.4kWh.

While all of that sounds a bit dramatic, the good news is that it would work when hooked up to your house, too. The Leaf, as standard, has bi-directional charging capability, which means you could theoretically use your car to power your house if there were an outage at home through vehicle-to-grid charging technology.

Helen Perry, Head of Electric Passenger Cars & Infrastructure for Nissan in Europe, commented: "Through Nissan Intelligent Mobility, we're constantly exploring ways that electric vehicles can enrich our lives, beyond just zero-emission transportation. Concepts like the Re-Leaf show the possible application of EVs in disaster management and demonstrate that smarter, cleaner technology can help save lives and provide greater resilience for the future.

"Electric vehicles are emerging as one of the technologies that can improve resilience in the power sector. By having thousands of EVs available on standby, either as disaster-support vehicles or plugged into the network through Vehicle-to-Grid (V2G), they're uniquely capable of creating a virtual power plant to maintain a supply of energy during a major outage."

Dan Cooke, Operations Director at Serve On, one of the leading organisations providing emergency search and rescue in natural disasters around the world, added: "When responding to a disaster, two critical factors that make all the difference are establishing communications, and staying hydrated. Situational awareness saves lives and running a 'command and control' centre allows us to get the real picture of what's happening whilst the infrastructure gets back online, but that needs power. Seeing the RE-LEAF is really exciting, because we love exploring new ideas to see what's possible. Looking back to previous scenarios we've dealt with, this technology could have made a real difference. For example, being able to power multiple filtration devices to produce thousands of litres of drinking water - essential in our line of work."