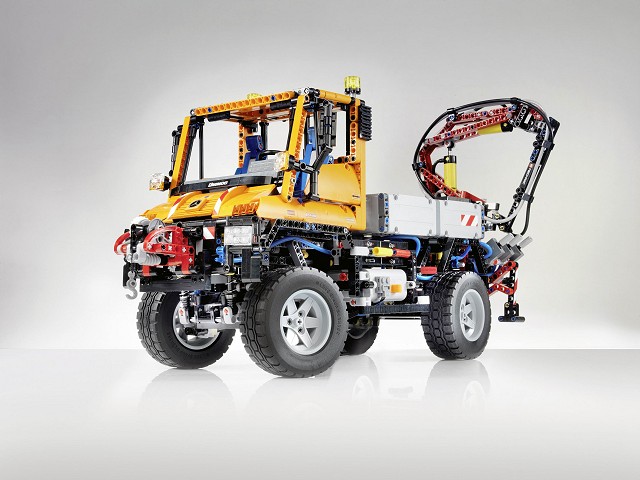 To celebrate the 60th anniversary of the iconic Mercedes-Benz Unimog, Lego has released a special Technic version.

It's fitting that Lego's largest ever model should be the Mercedes-Benz Unimog, a 4x4 known for its size and capability.

The Lego model has been created to celebrate the 60th anniversary of the Unimog, which has been working in the most extreme and challenging environments since the day it was launched.

Lego's Unimog mimics the real thing with electric drives and pneumatics to power a rear-mounted grab. There are extendable stabilisers at the back to keep the Unimog level while you lift scale loads into the pick-up bed.

The grab's arm can rotate almost 360-degrees, while a winch at the front means this Unimog will conquer even the toughest steps and furniture in the front room. In case the central heating is turned off, the front winch can also be converted to carry a snow plough.

Lego's Technic Unimog U 400 goes on sale in August from the usual retailers, as well as Mercedes dealers, and costs from €190.

The Mercedes-Benz Unimog was launched in 1951 as a vehicle to combine incredible off-road ability with on-road driving manners. More than 380,000 Unimogs have since been built.