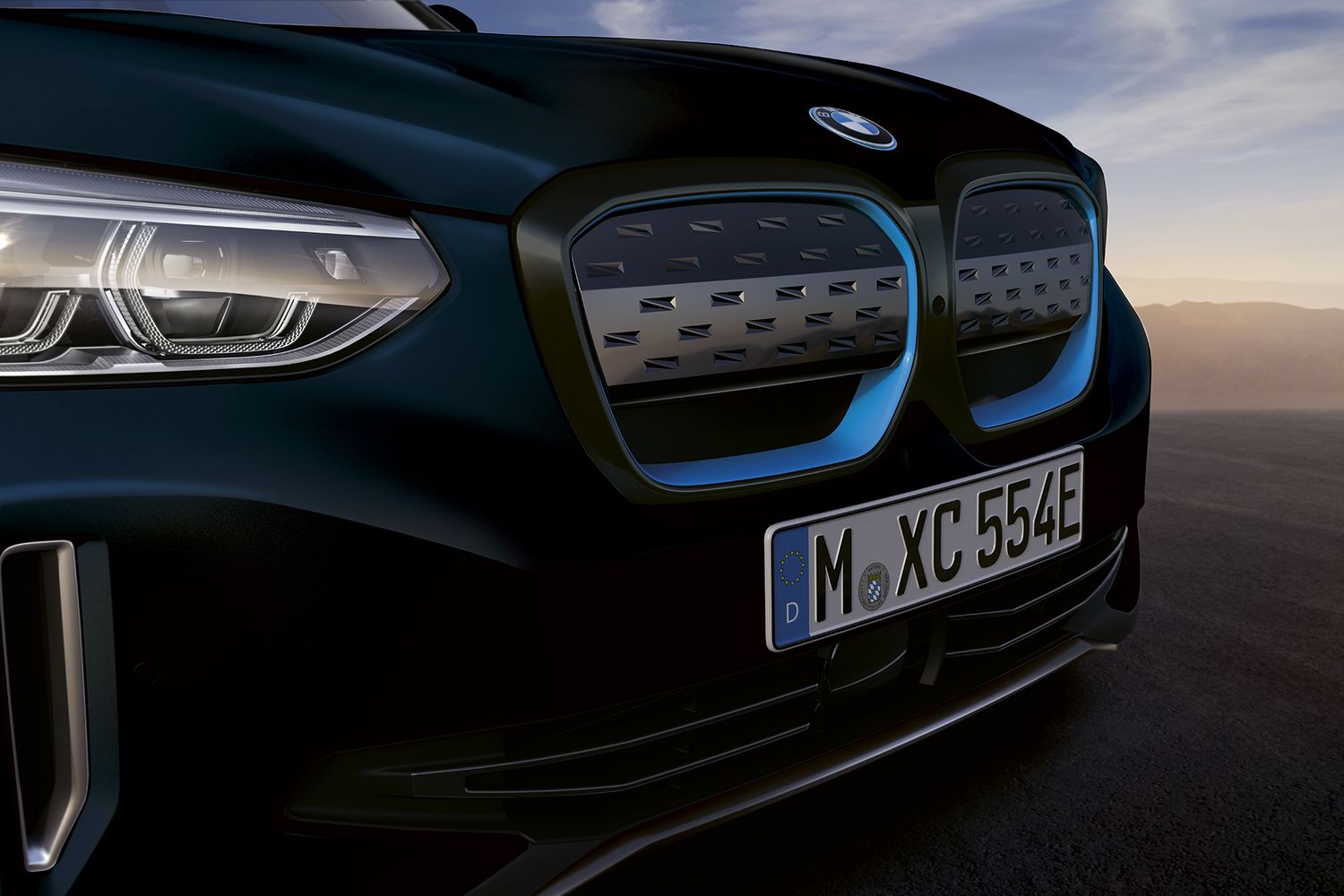 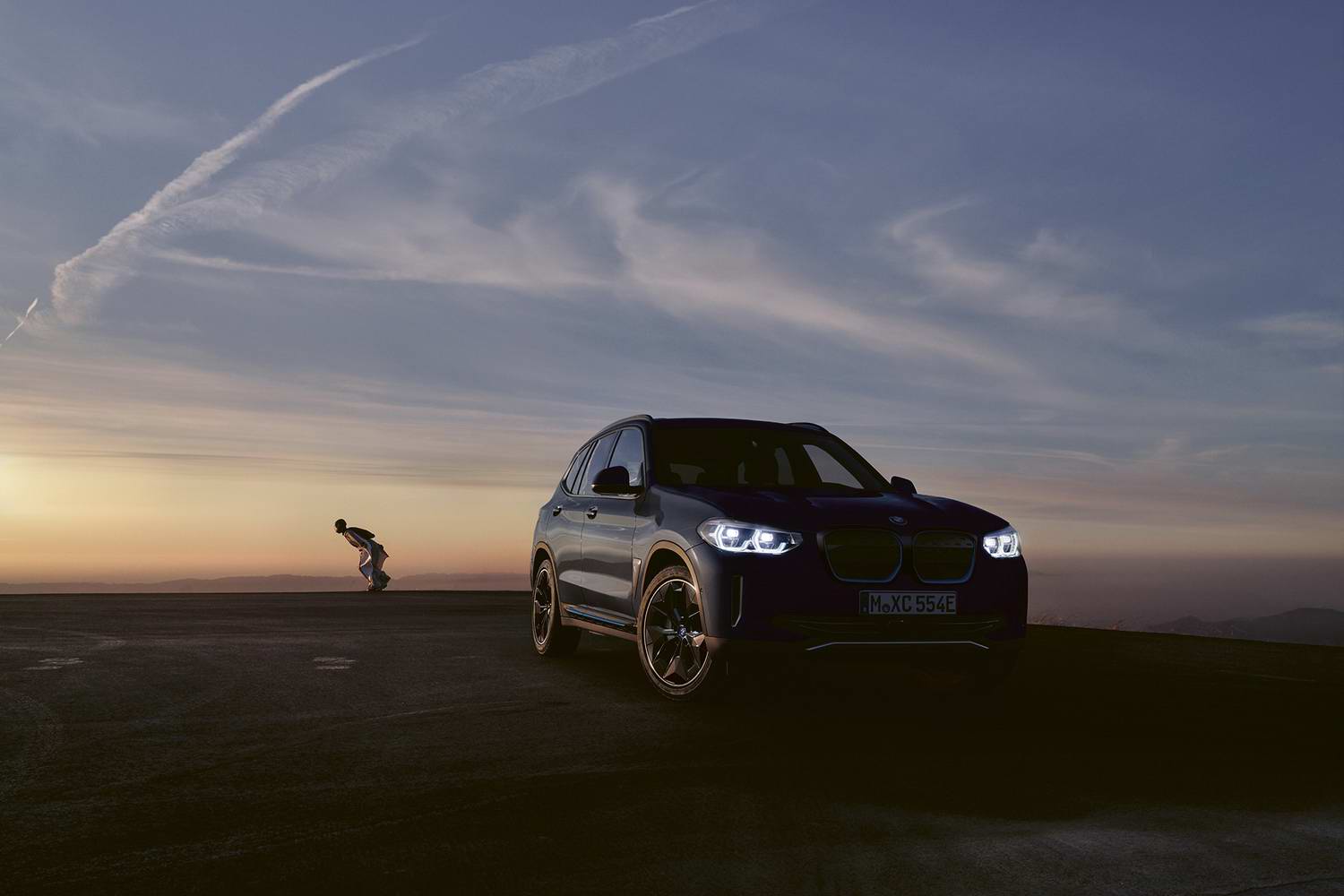 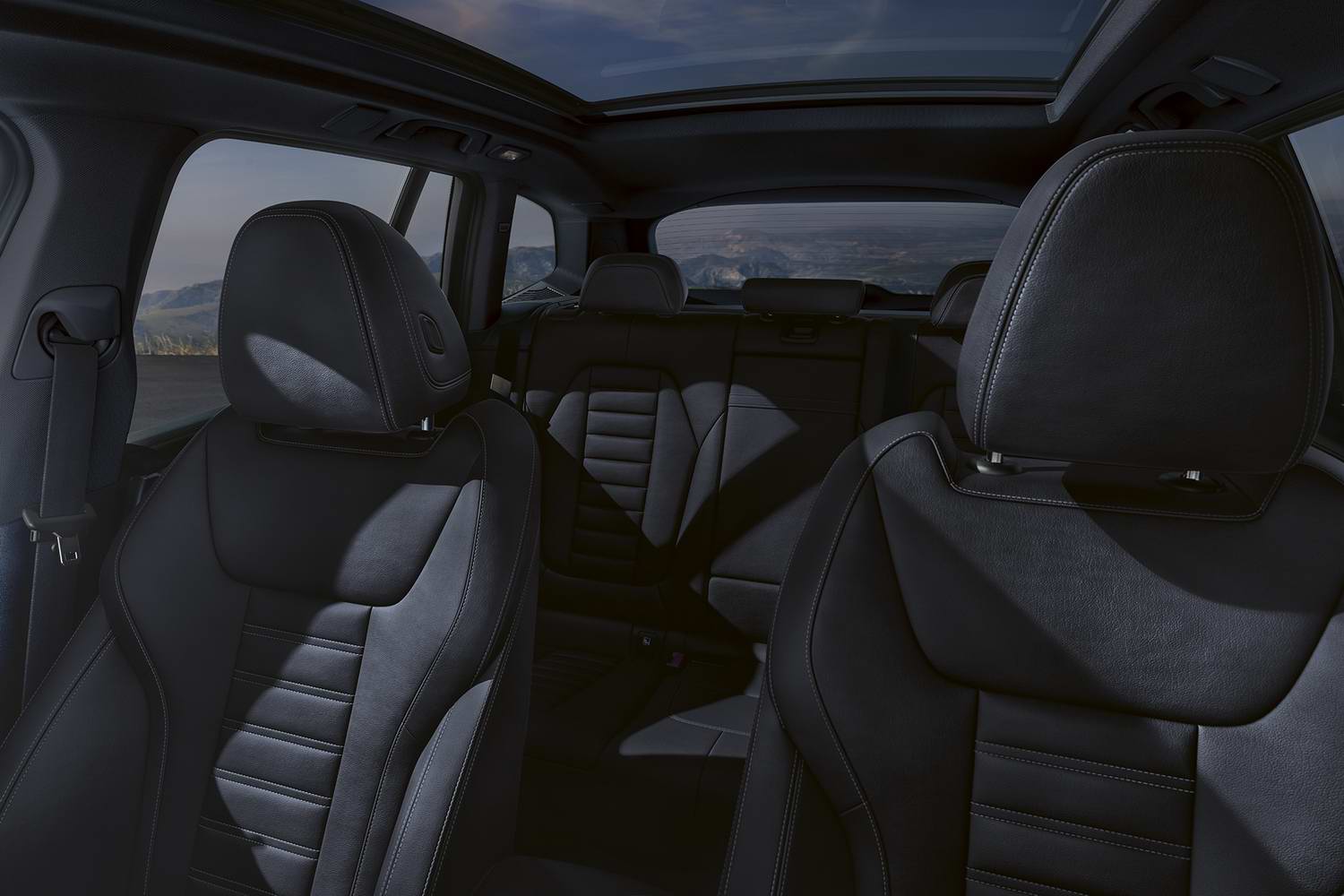 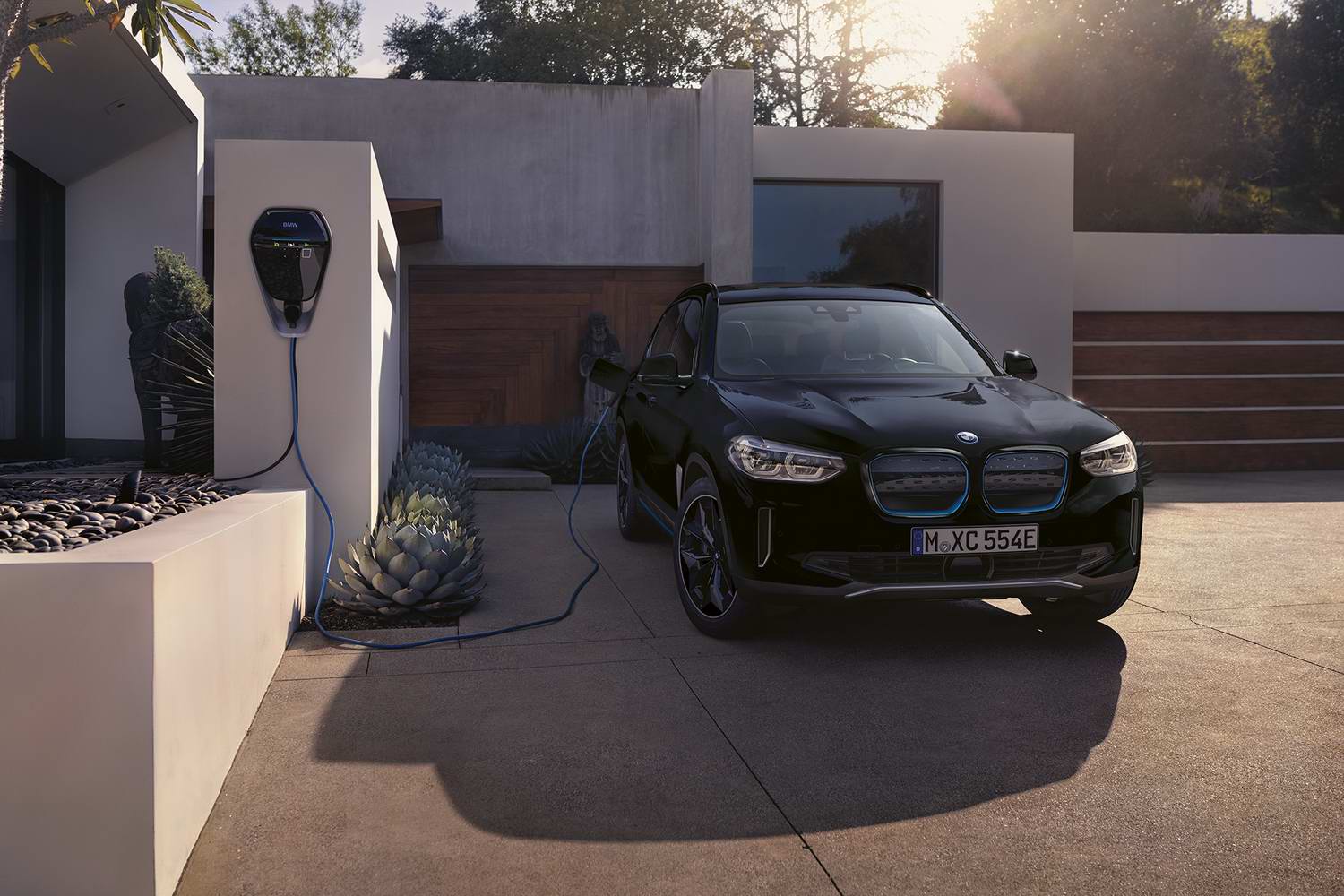 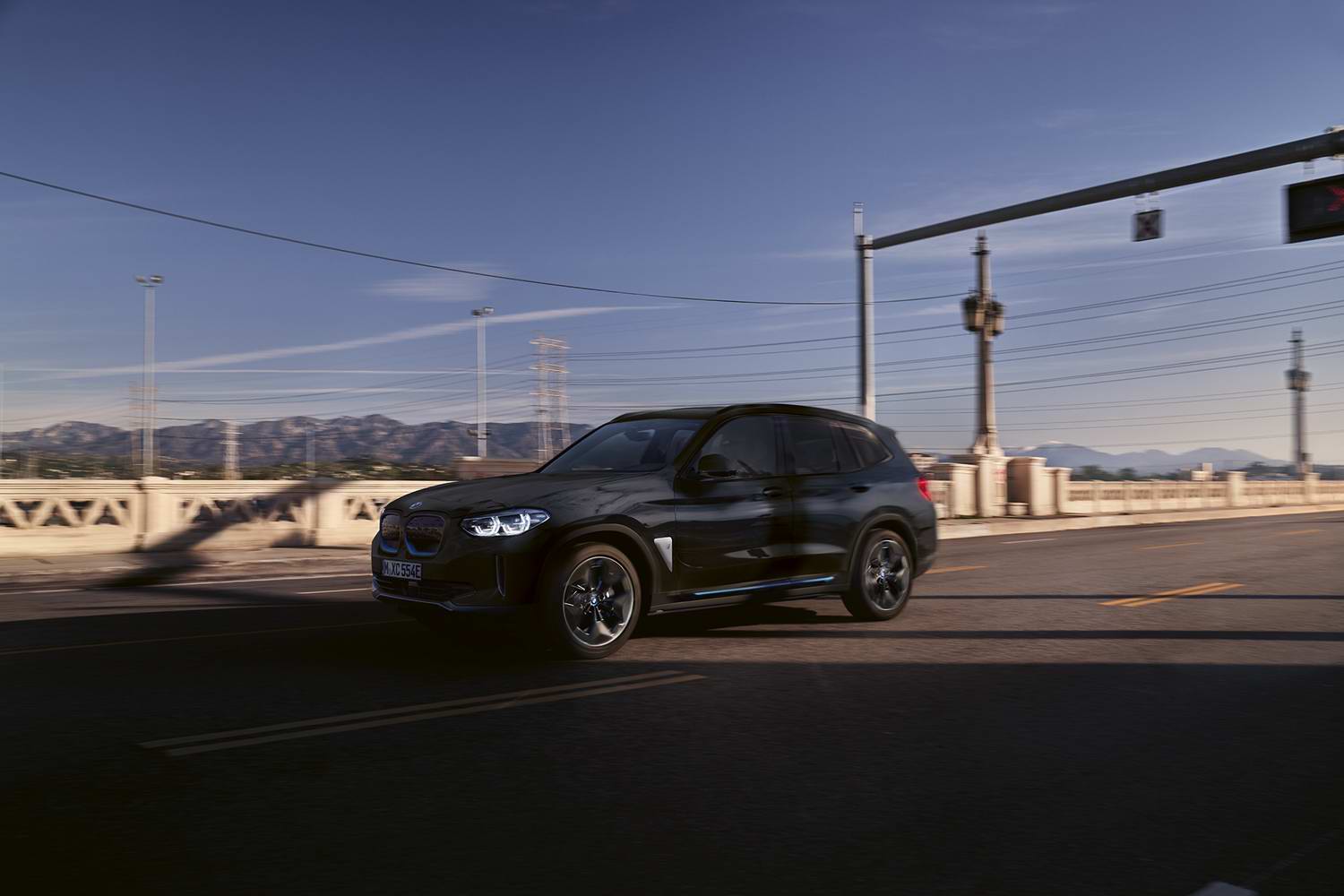 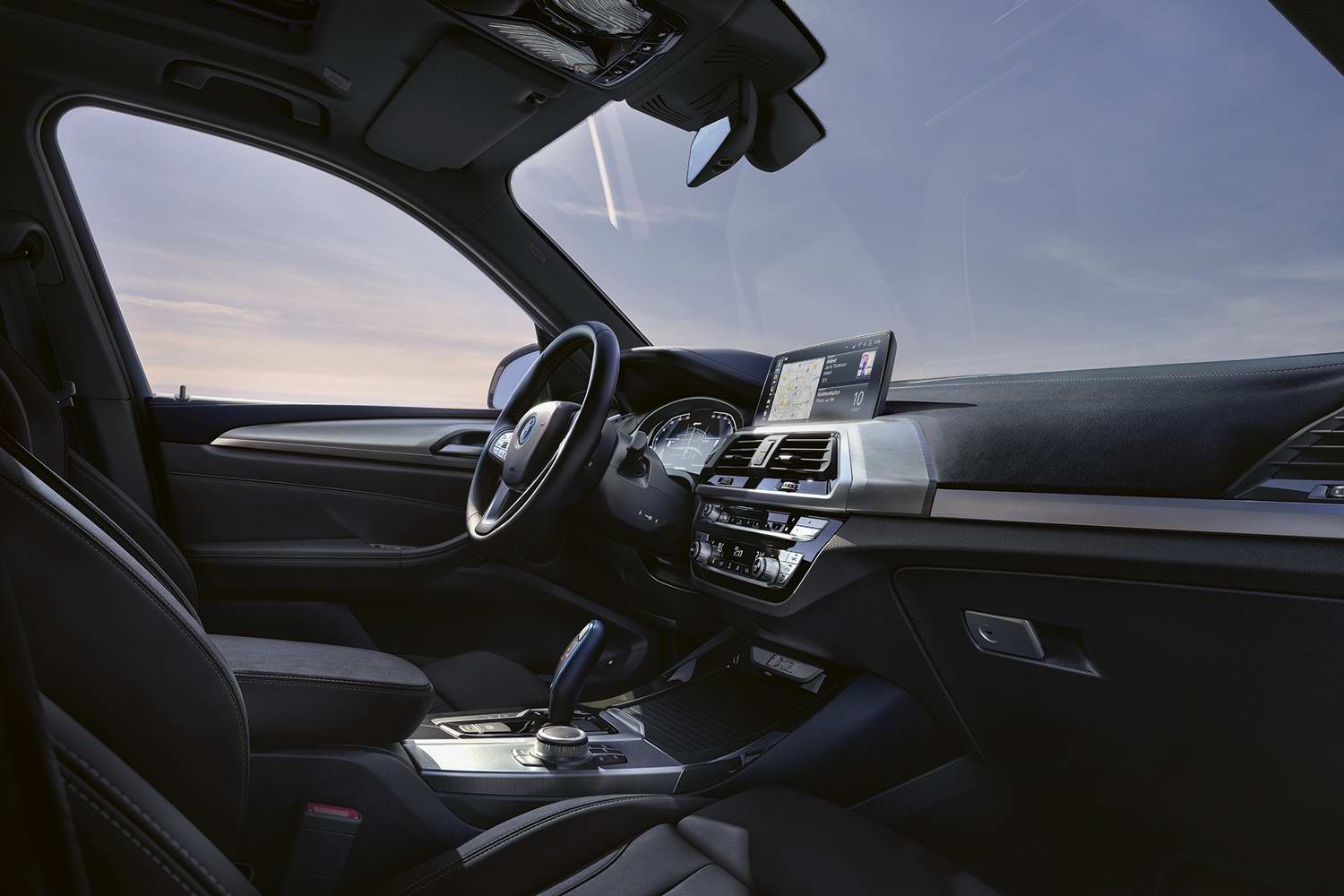 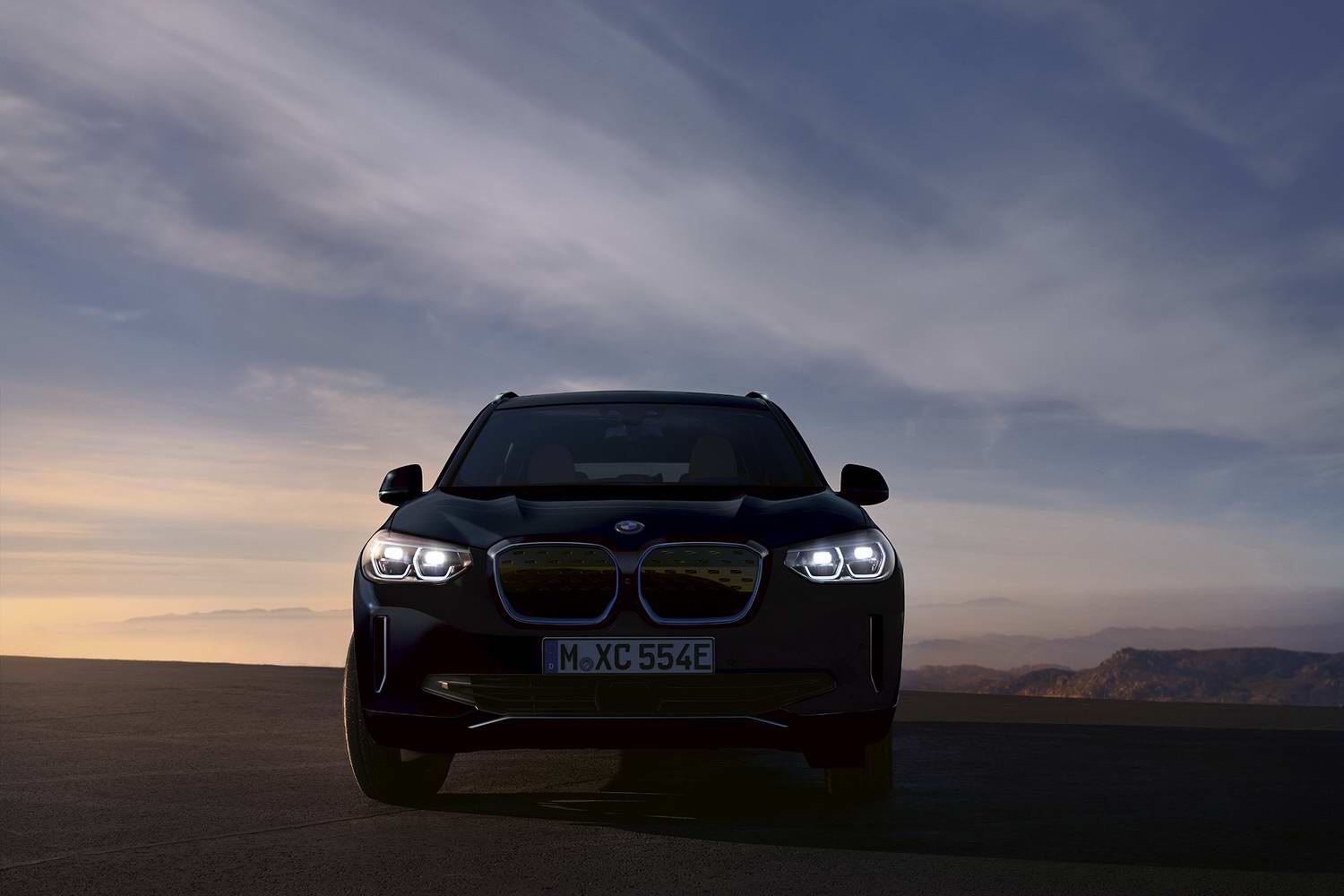 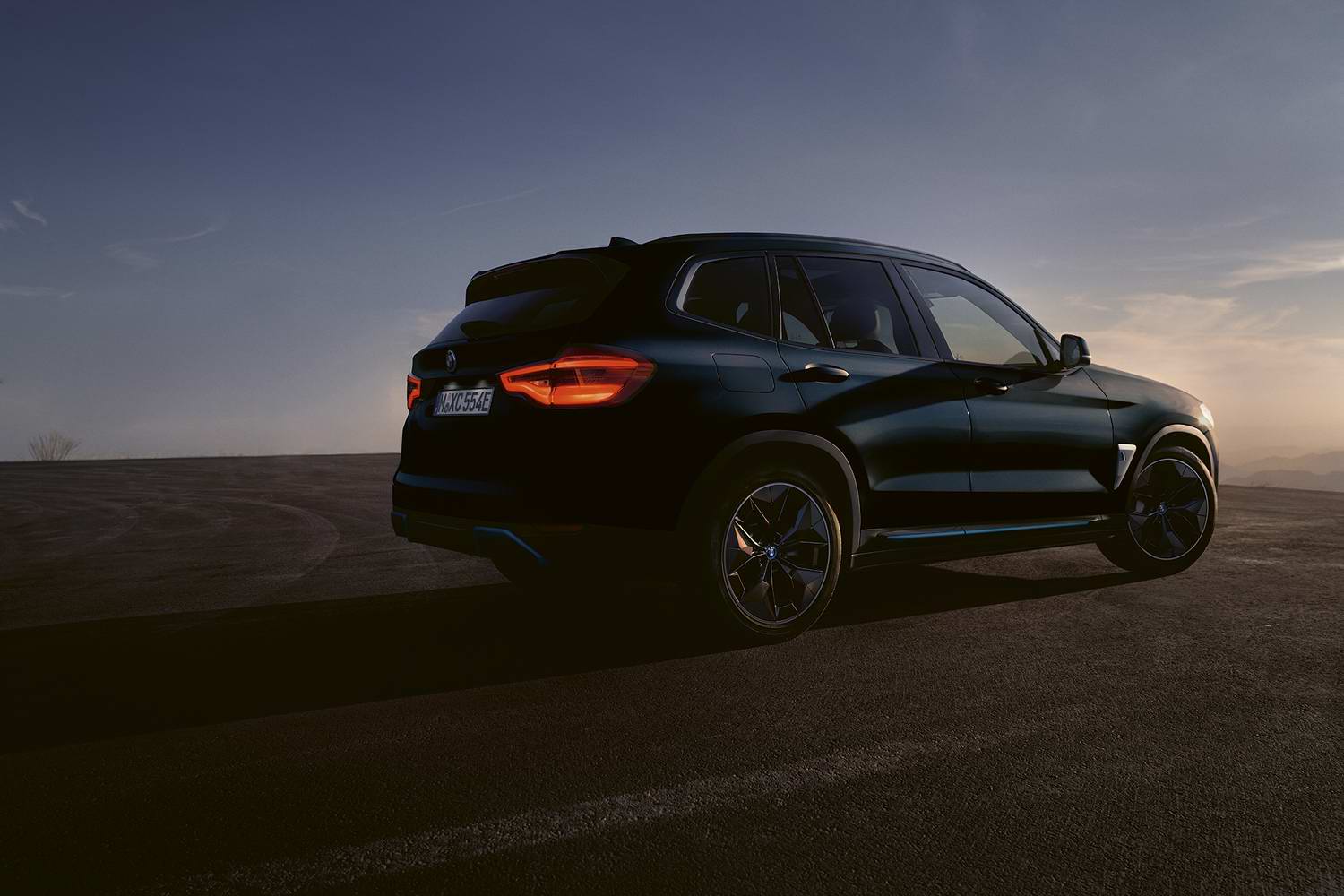 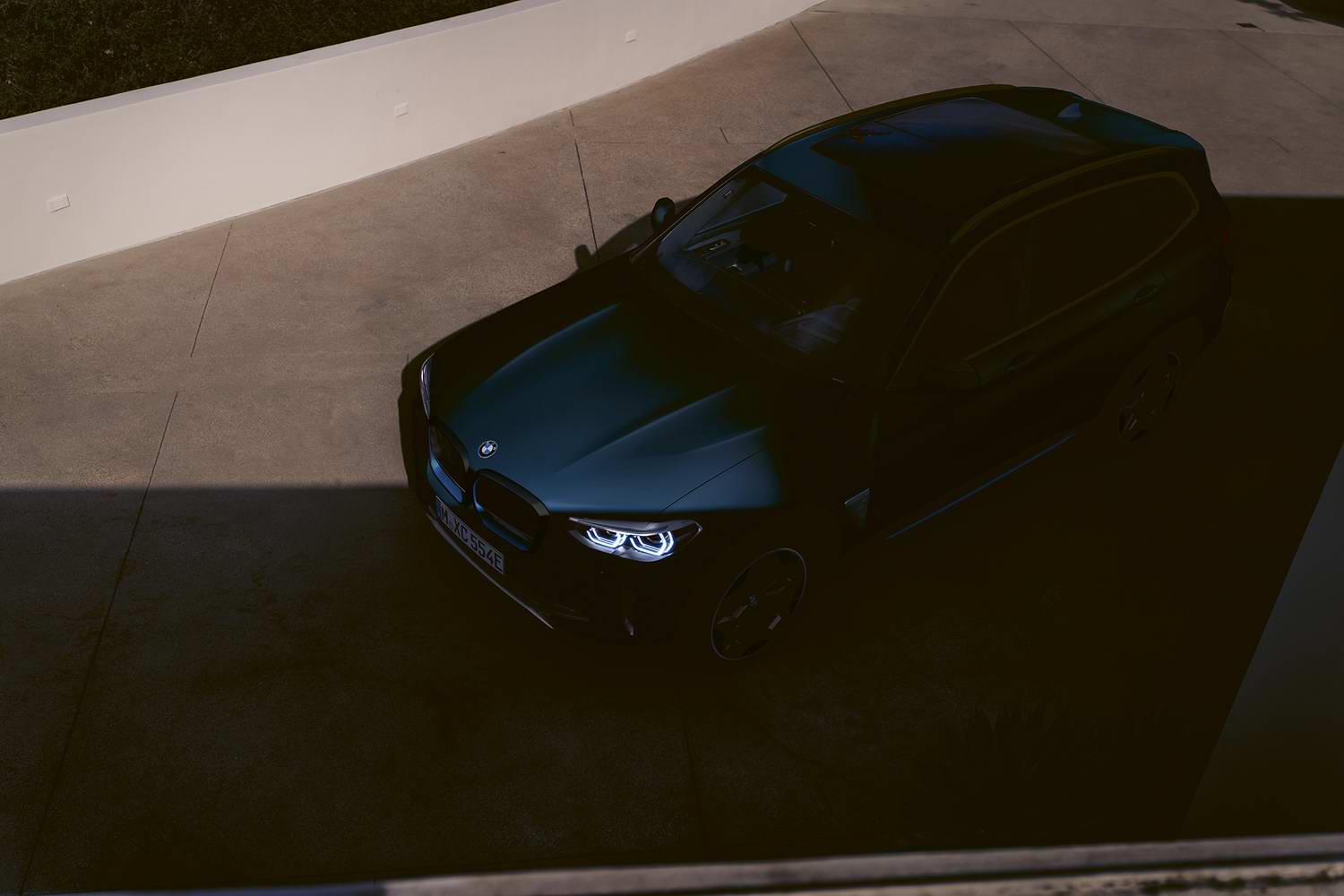 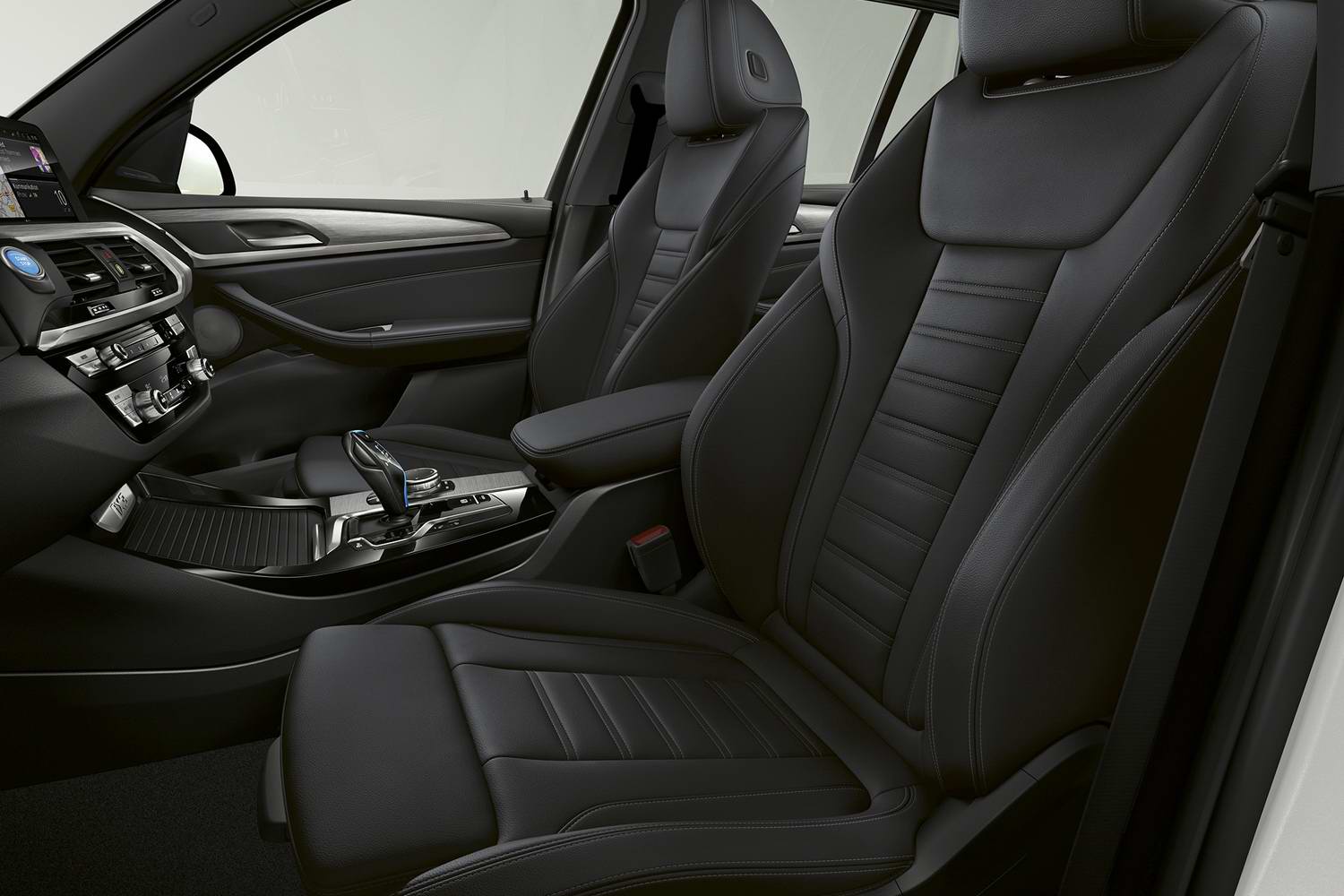 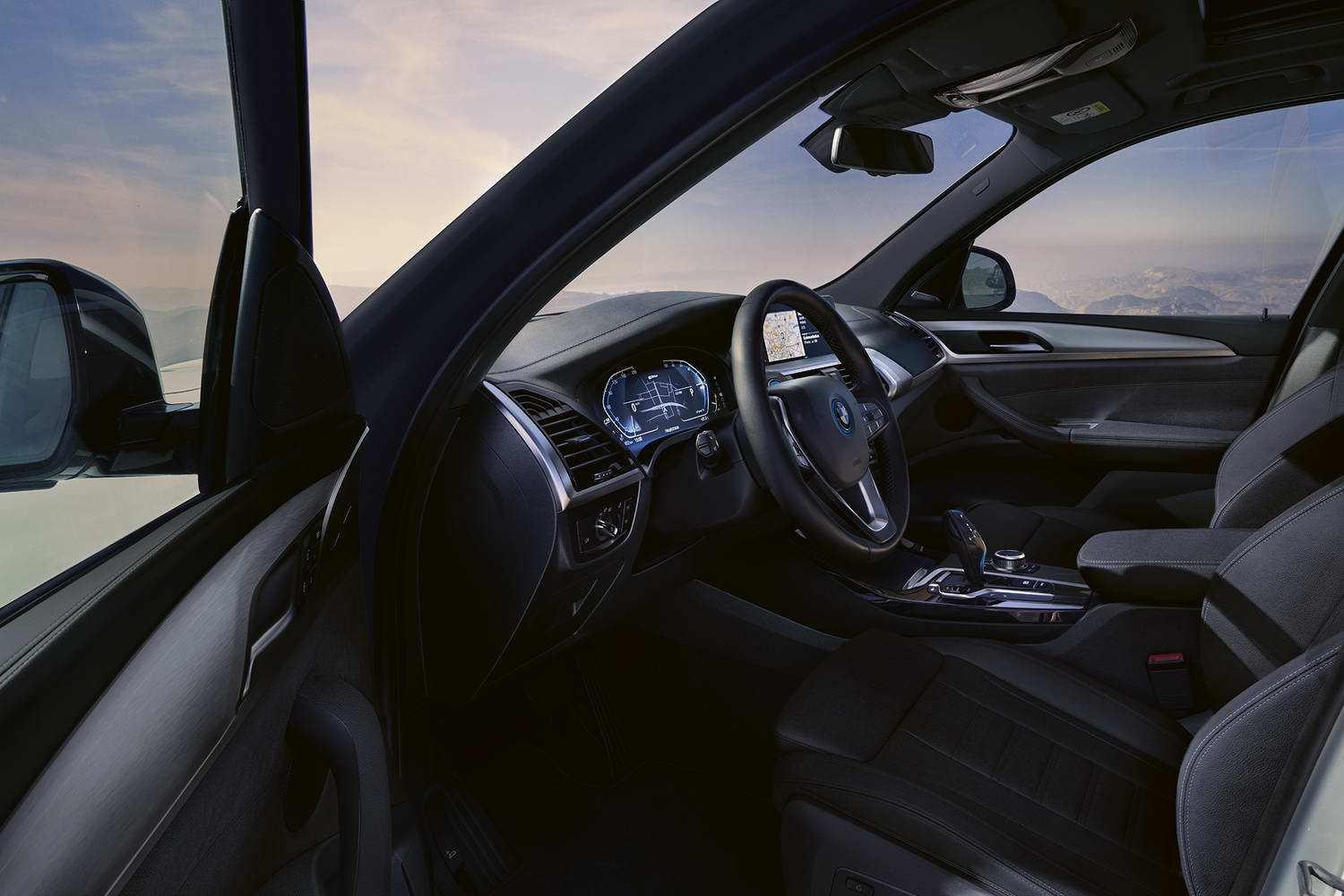 BMW Ireland has confirmed that its all-electric iX3 SUV will be priced from €70,205 (inclusive of grants and rebates) when the first cars reach Irish customers next summer.

Two high-end versions from which to choose

You'll be able to choose from Carbon Black, Mineral White, Phytonic Blue and Sophisto Grey. Two exterior trim colours will be offered too, with Brushed Aluminium or Black High Gloss exterior trim. 20-inch alloy wheels will be standard, as will an automatic tailgate, adaptive suspension and panoramic sunroof.

Inside, there will be a choice of four leather colours, and the car will come with sun protect glazing, ambient lighting and electric seats as standard. Other standard kit includes wireless phone charging, heated front seats and BMW's very latest driver assistance technology, including Driving Assistant Professional, Parking Assistant and BMW Live Cockpit Professional and a voice-activated digital assistant.

The pricier Premier Edition Pro (which will cost €74,105 including grants) adds to that list a head-up display, Harman Kardon surround-sound stereo, gesture control, Parking Assistant Plus, automatic high beam lights, and keyless access. There's even something called the 'BMW IconicSounds Electric', which has been developed in collaboration with legendary Hollywood film score composer Hans Zimmer. Yes, that's right - your new electric BMW can, optionally, emit sounds made up by the guy who did the music for Gladiator (although we're hoping that the horn sounds is the 'Brrrrrrraahhhhhhhhhhhmmmmmmmm' sound from the Inception soundtrack...).

As far as the technical spec is concerned, BMW says that the iX3's new magnet-less electric motor design means that there are now no rare Earth metals in the motor, and that it's 93 per cent power efficient (versus around 40 per cent efficiency for a conventional combustion engine). The motor has power figures of 285hp and 400Nm of torque, with a 0-100km/h time of 6.8 seconds. That's in the same ballpark as a petrol-powered X3 3.0i. The top speed is limited to 180km/h.

More importantly, the battery pack - consisting of 188 prismatic cells - can store 80kWh of energy, of which 74kWh is useable by the driver. That equates to a 450km one-charge range, according to the latest WLTP test.

It'll charge quickly, too - there's a 400-volt on-board charging system, so when you hook up to a fast charger, you can inhale a lot of power very rapidly. Hook up to 150kW charger and you can get an 80 per cent charge in 34 minutes. BMW reckons that just ten minutes spent on such a charger will get you an extra 100km of range.

There's a clever brake energy recovery system too, which uses data from both the sat-nav and the various driver assistance systems to decide how much energy to recover when you lift off the accelerator, or you can set your own level of energy braking using the gear selector. There's also a heat-pump for the heating and ventilation system, and BMW will offer owners a range of home-charging options.

There are other clever touches too, such as aerodynamically optimised wheels that can add as much as ten per cent of the total range. There's also some rather more practical touches, such as a healthy 510-litre boot.