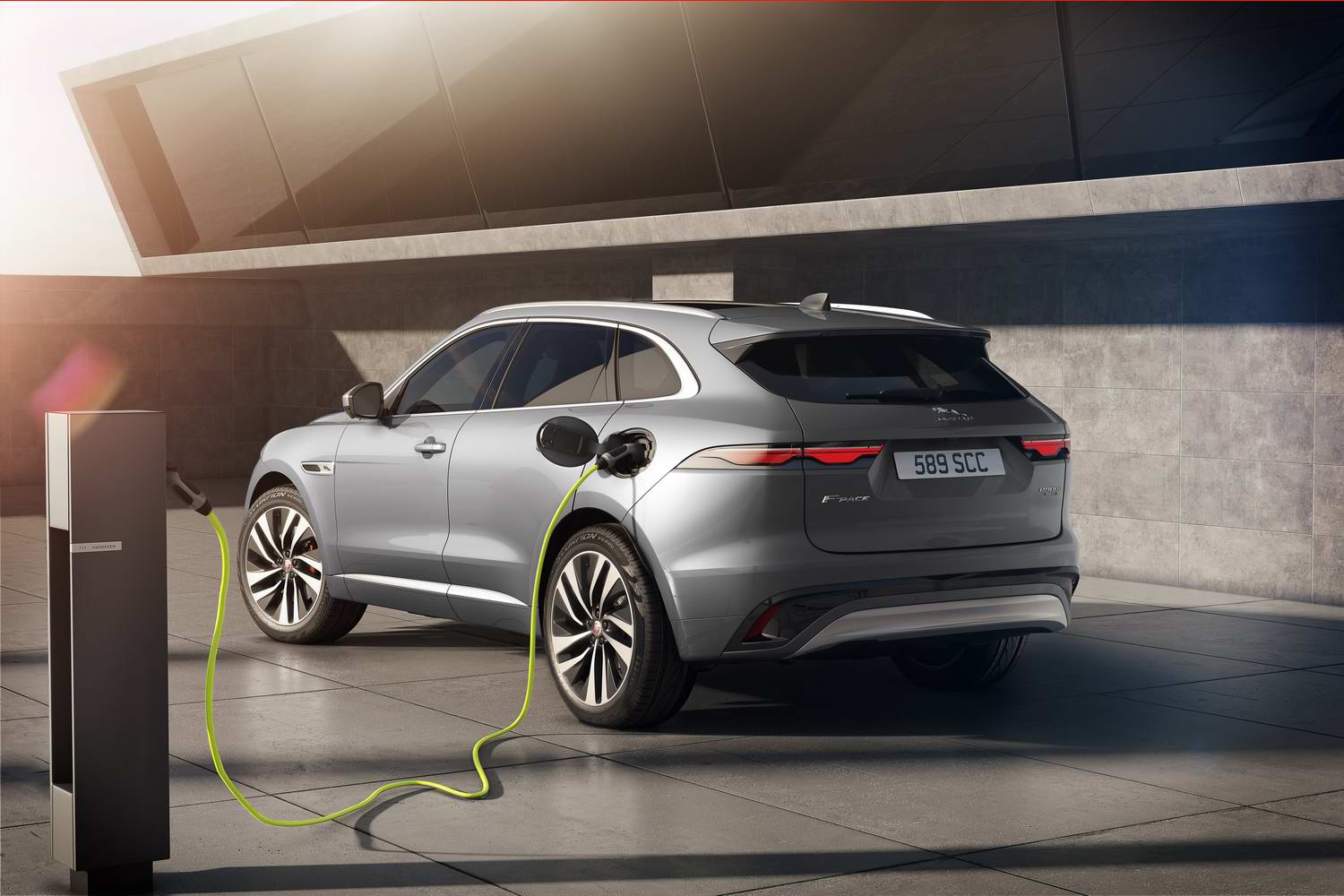 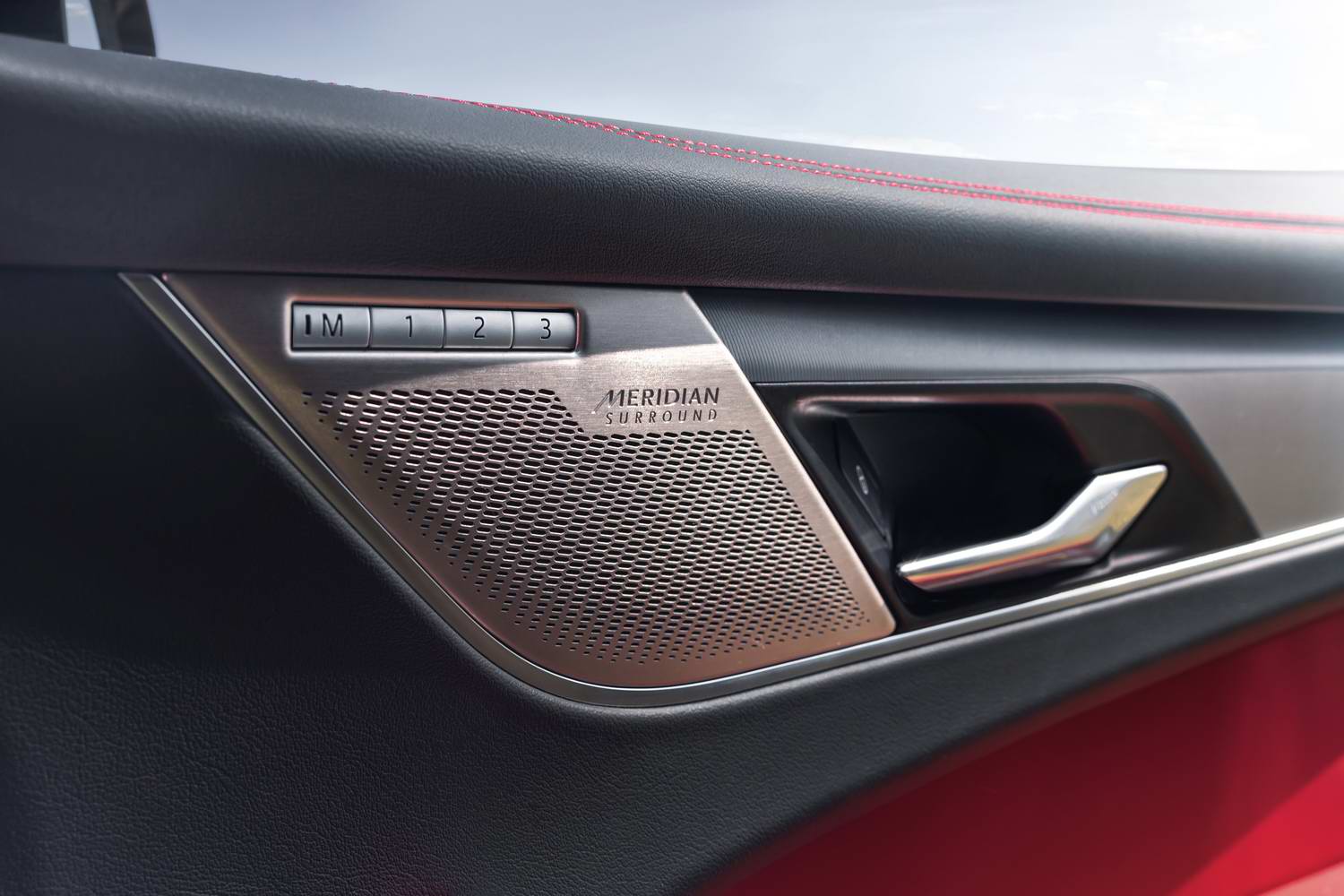 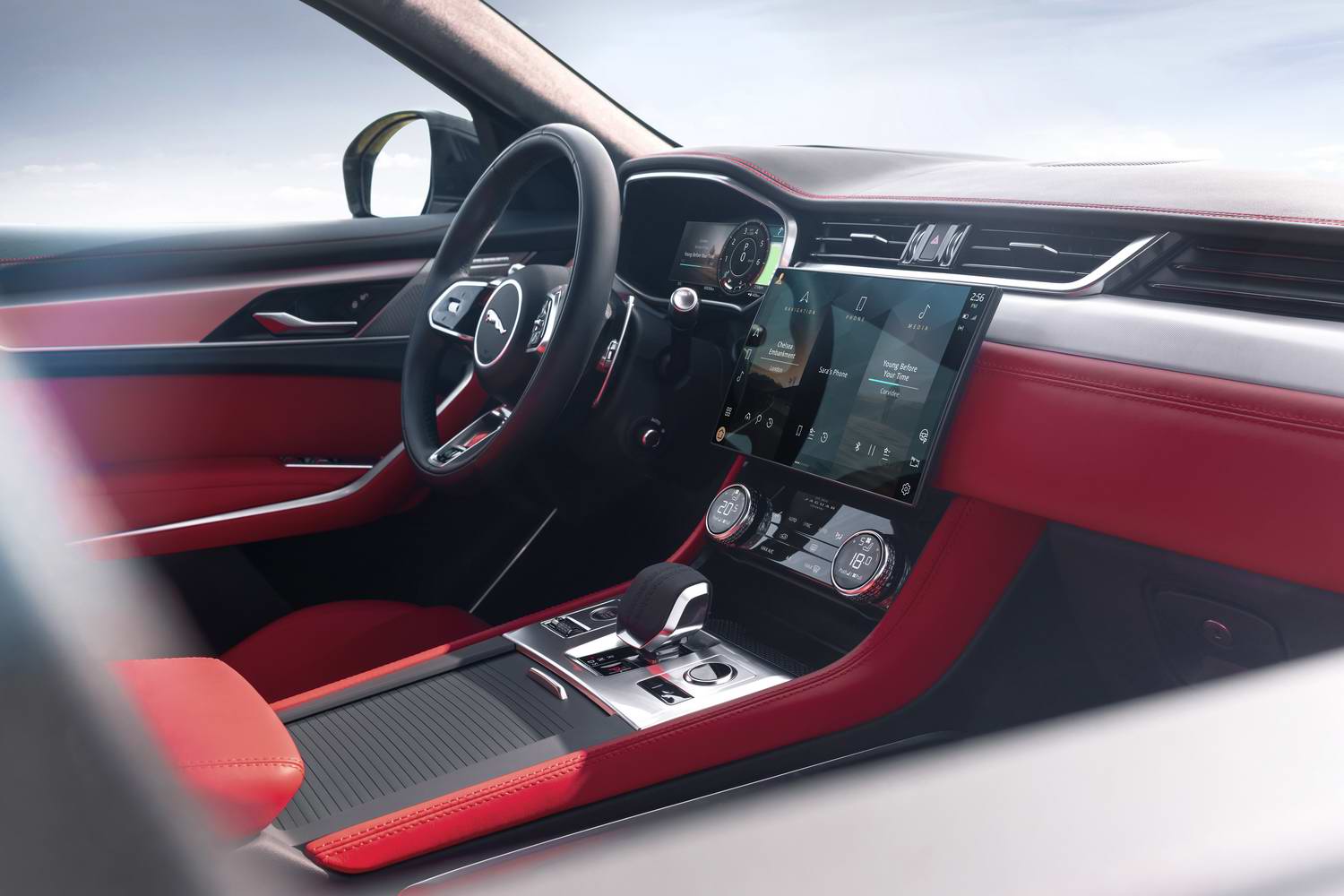 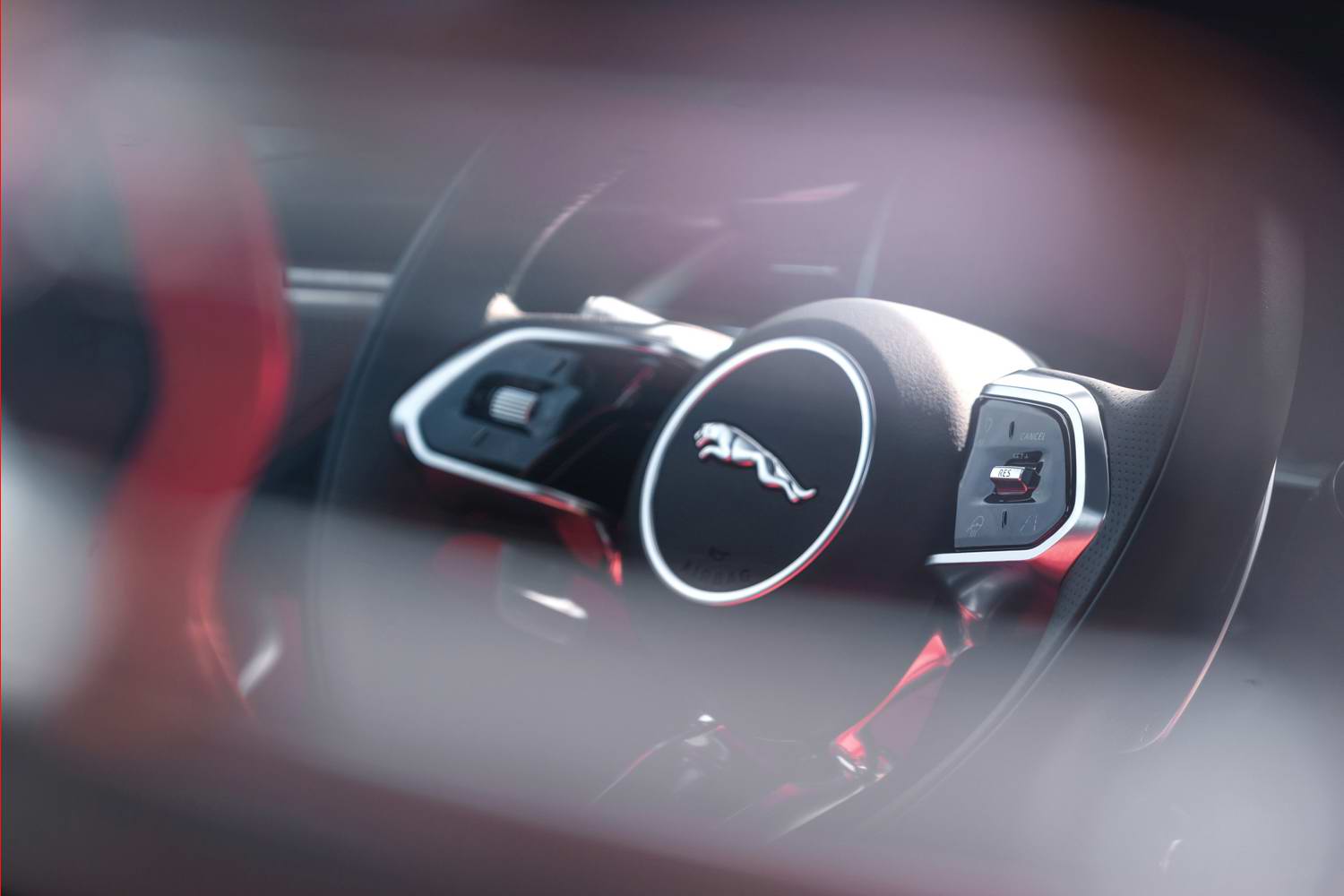 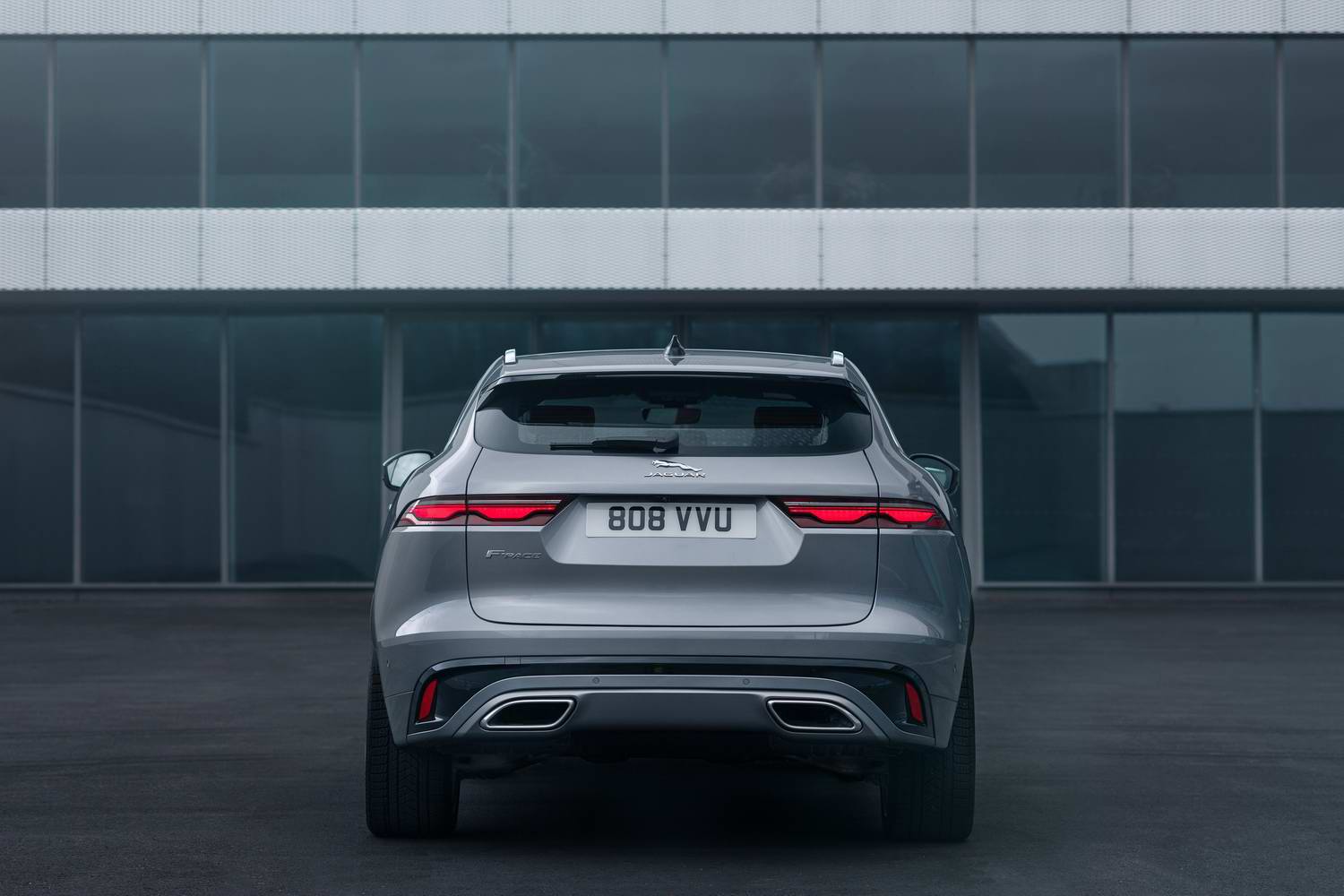 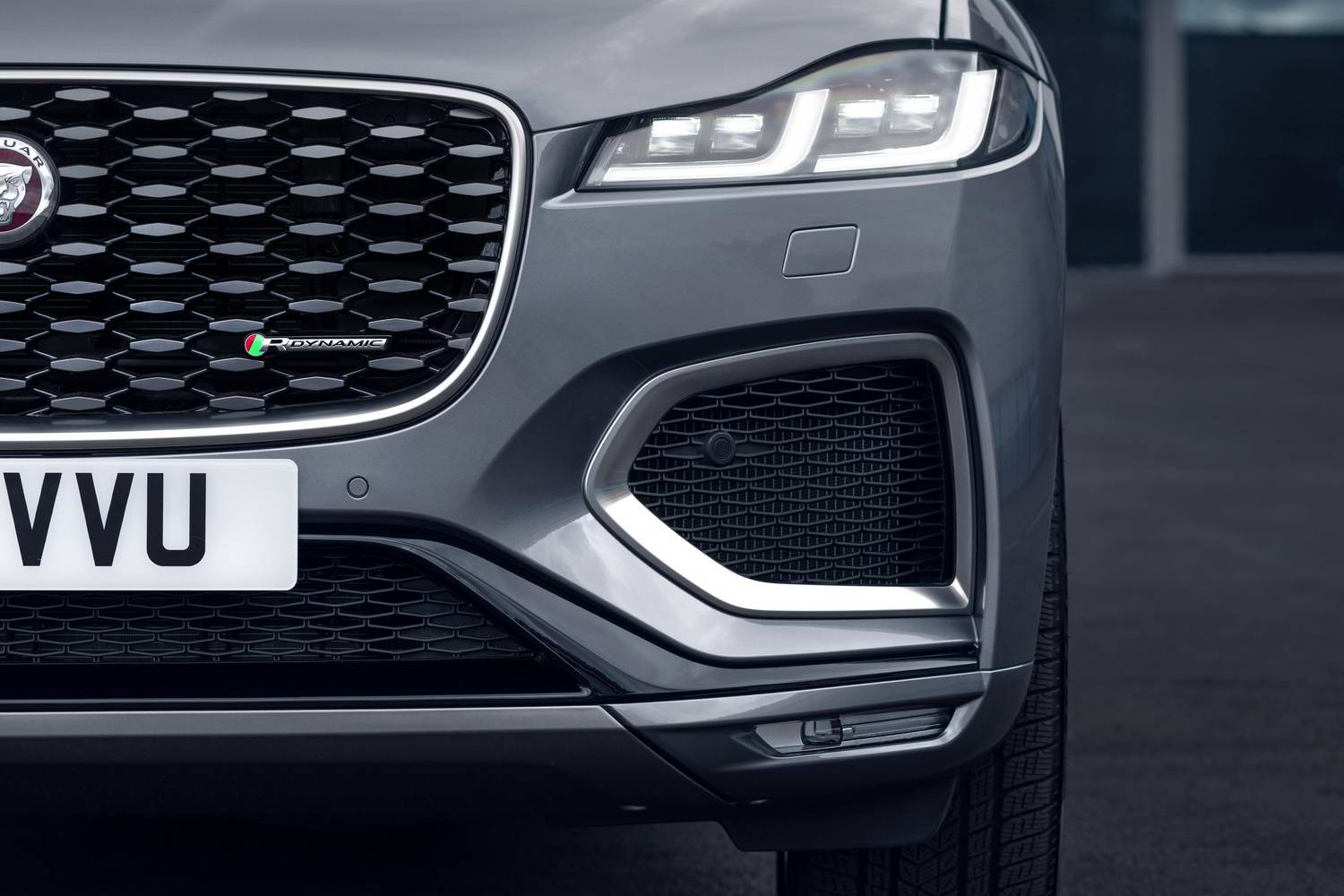 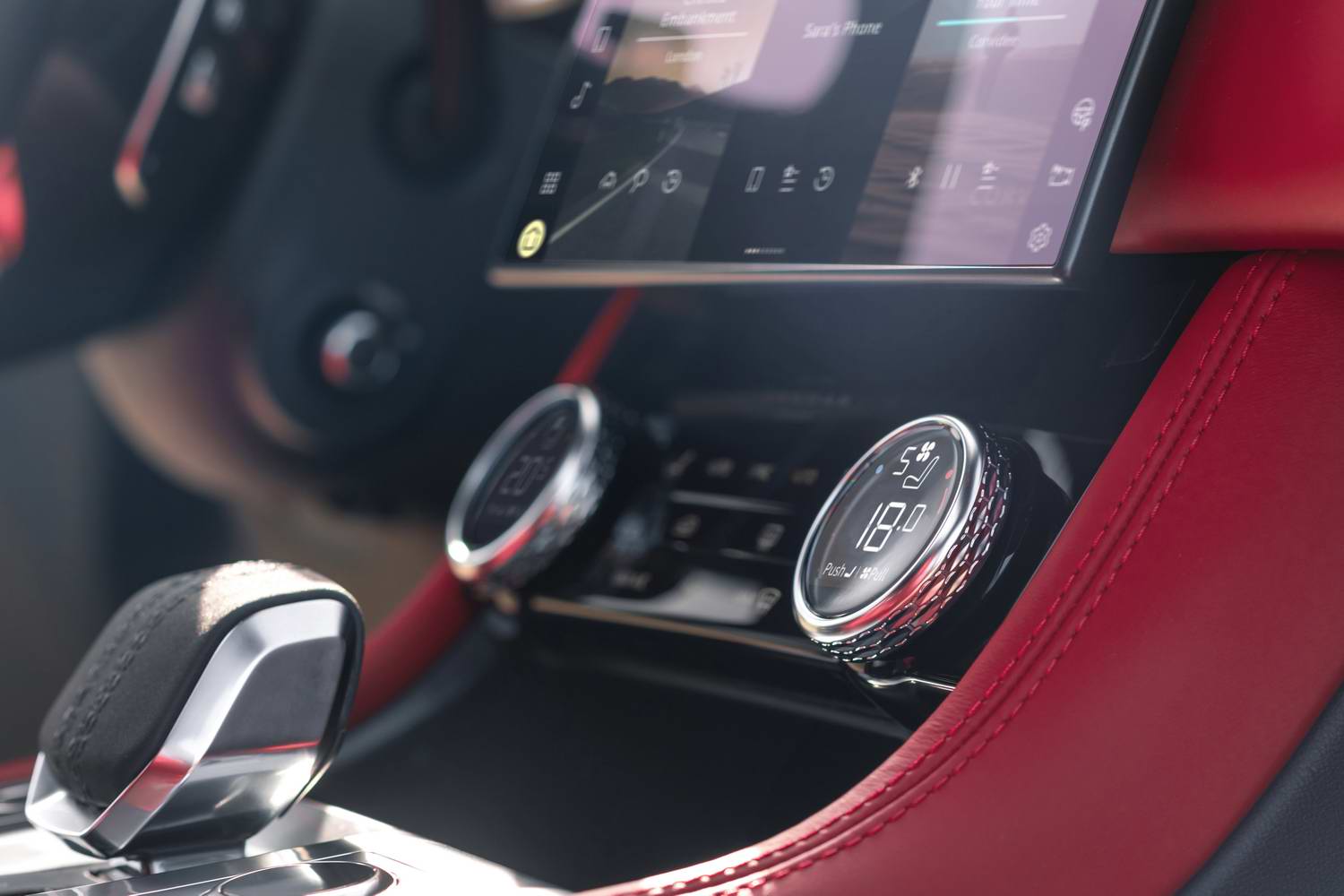 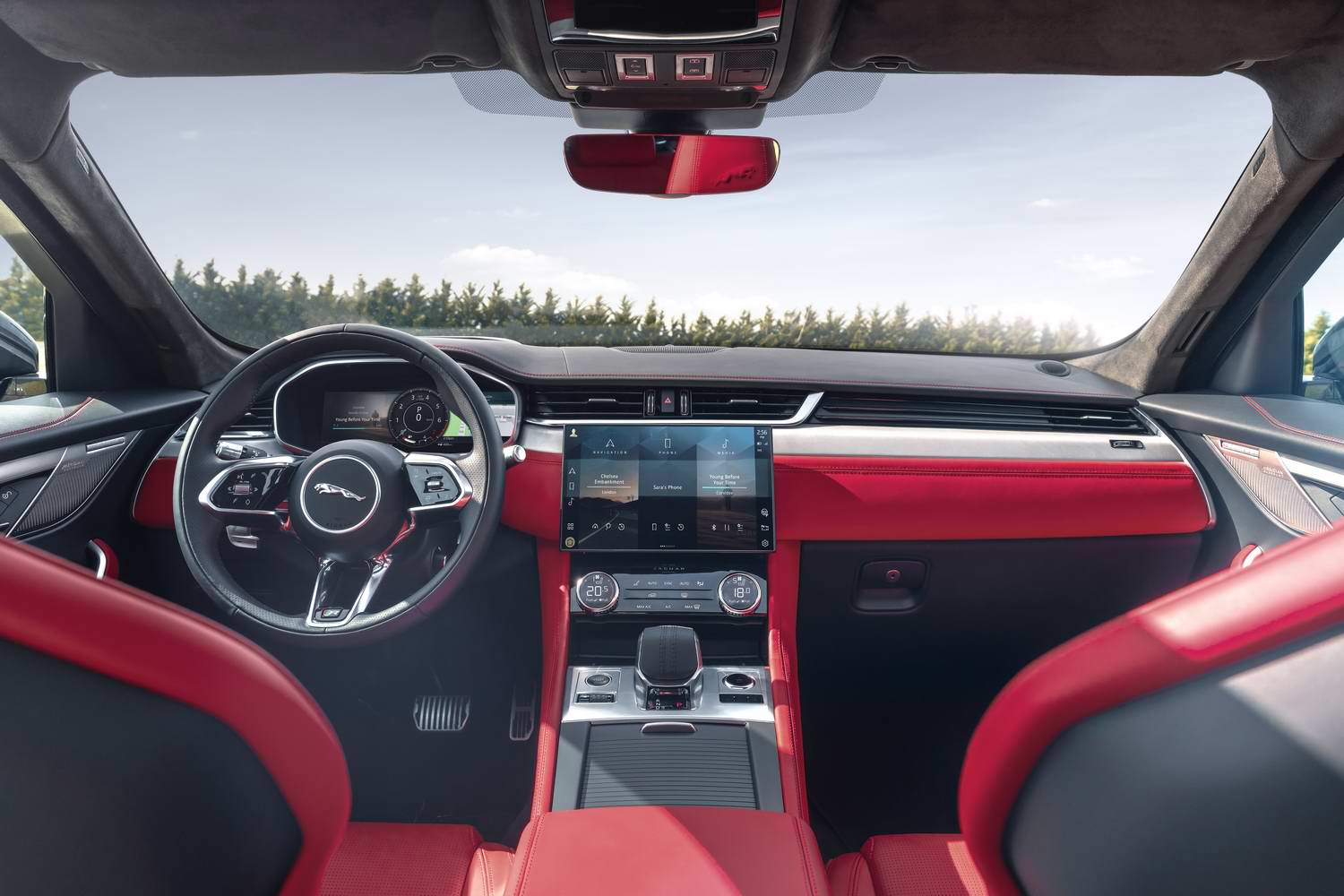 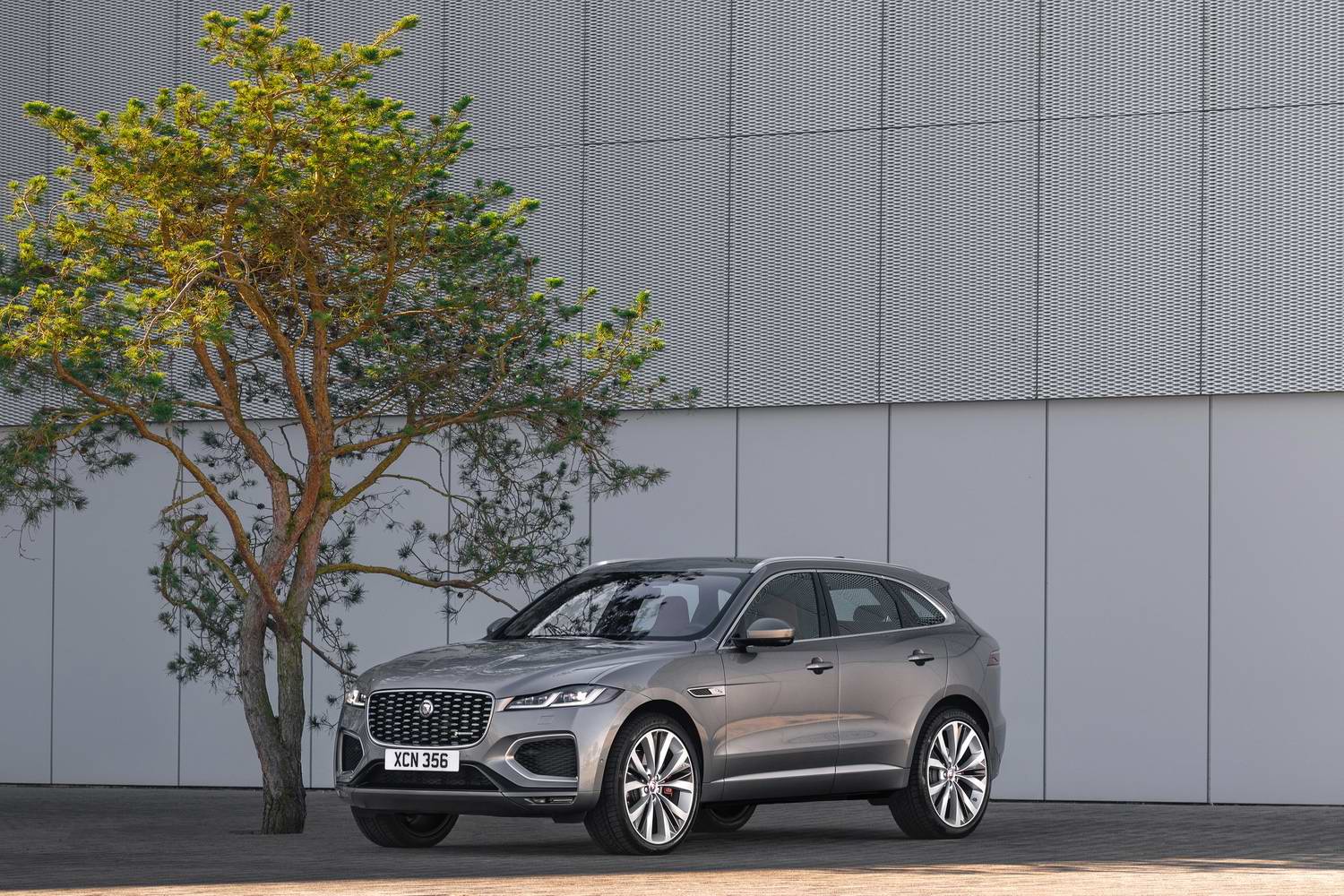 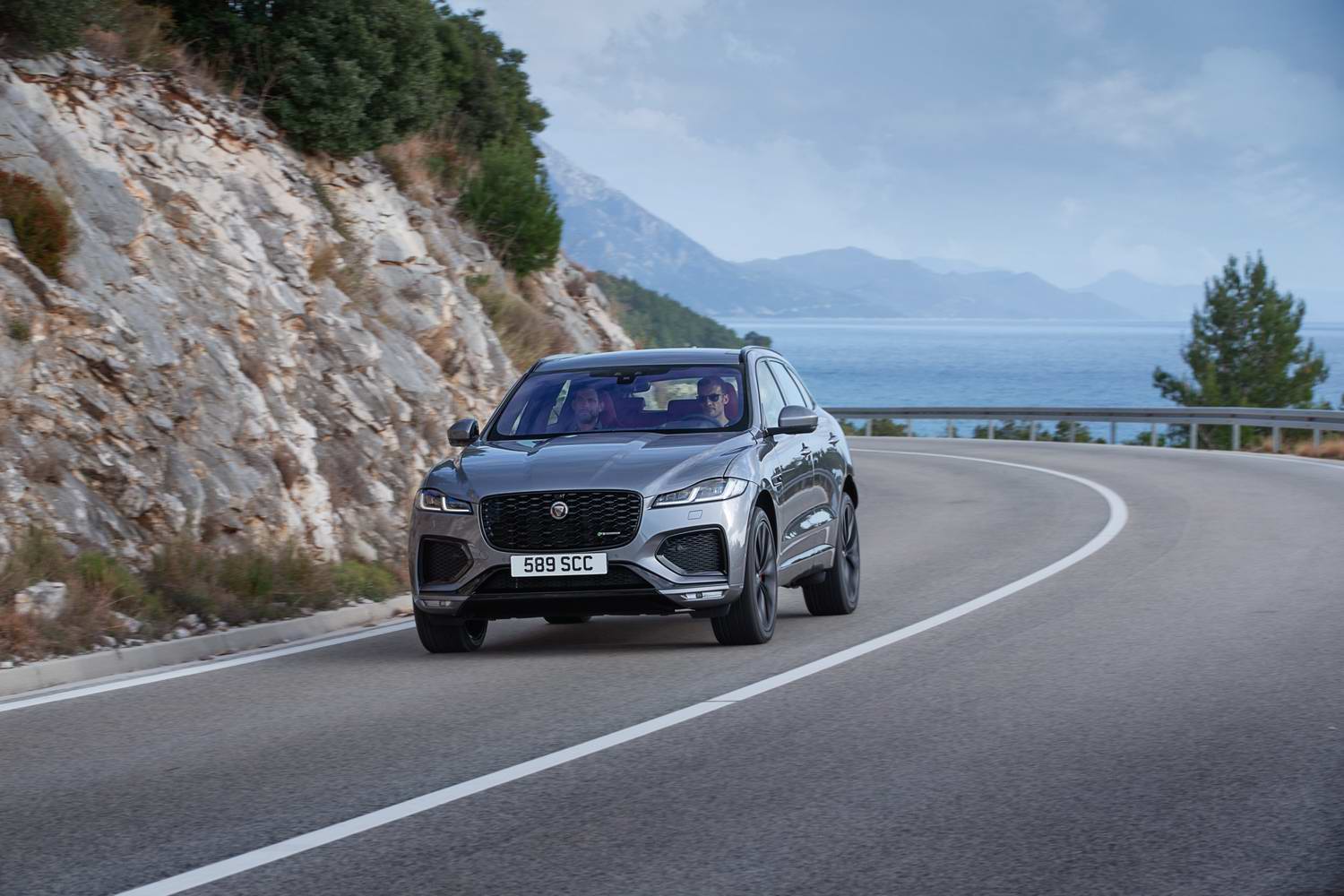 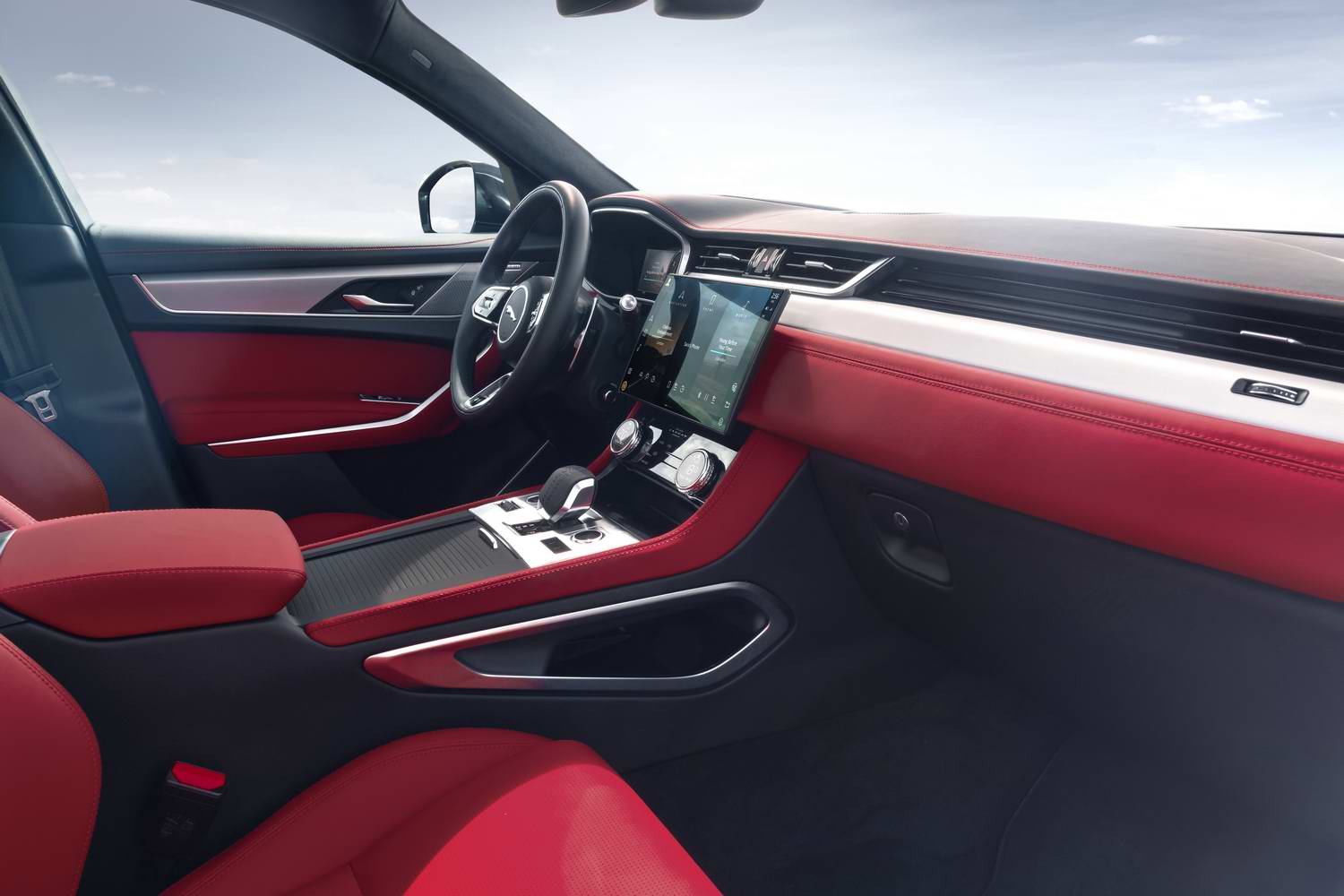 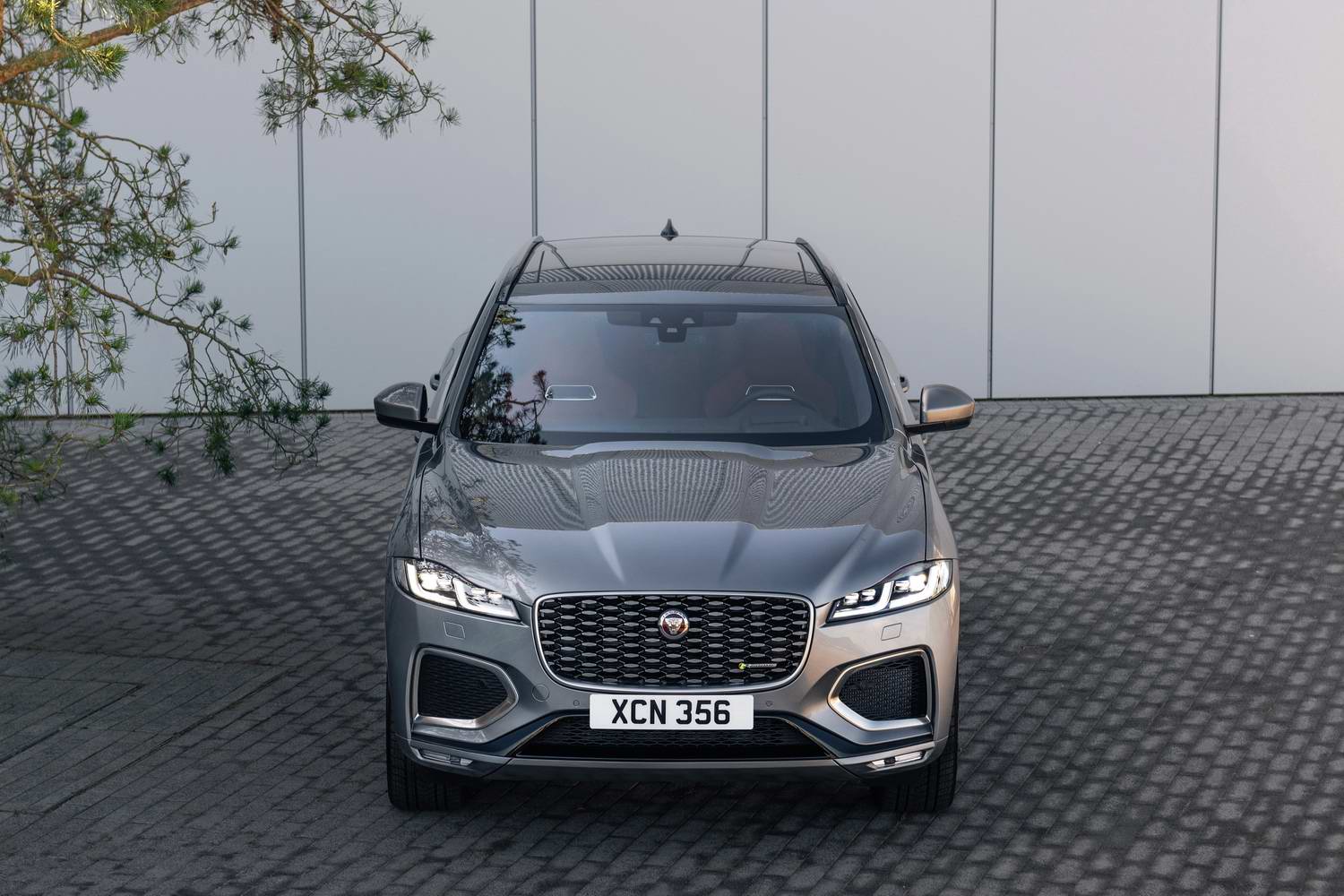 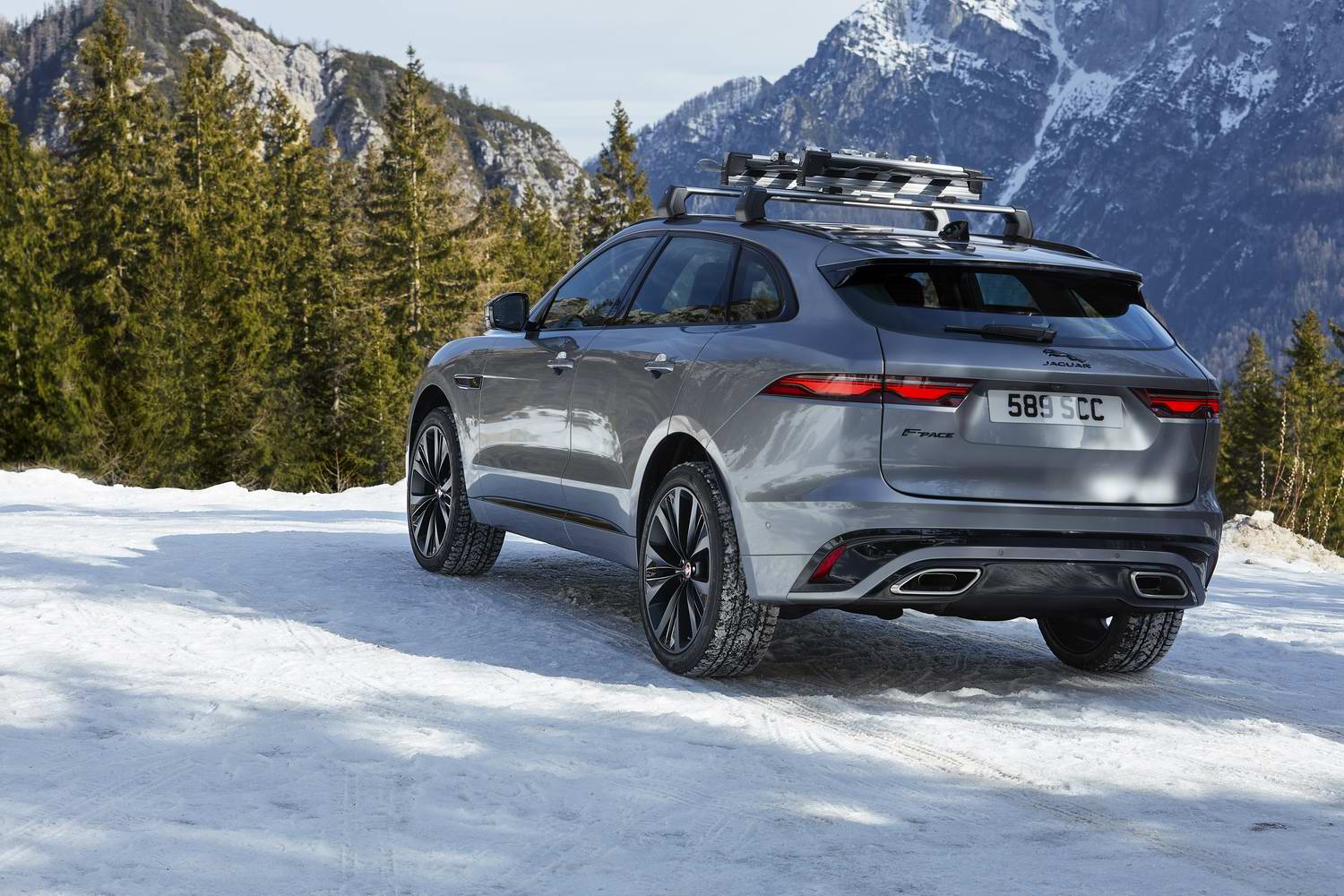 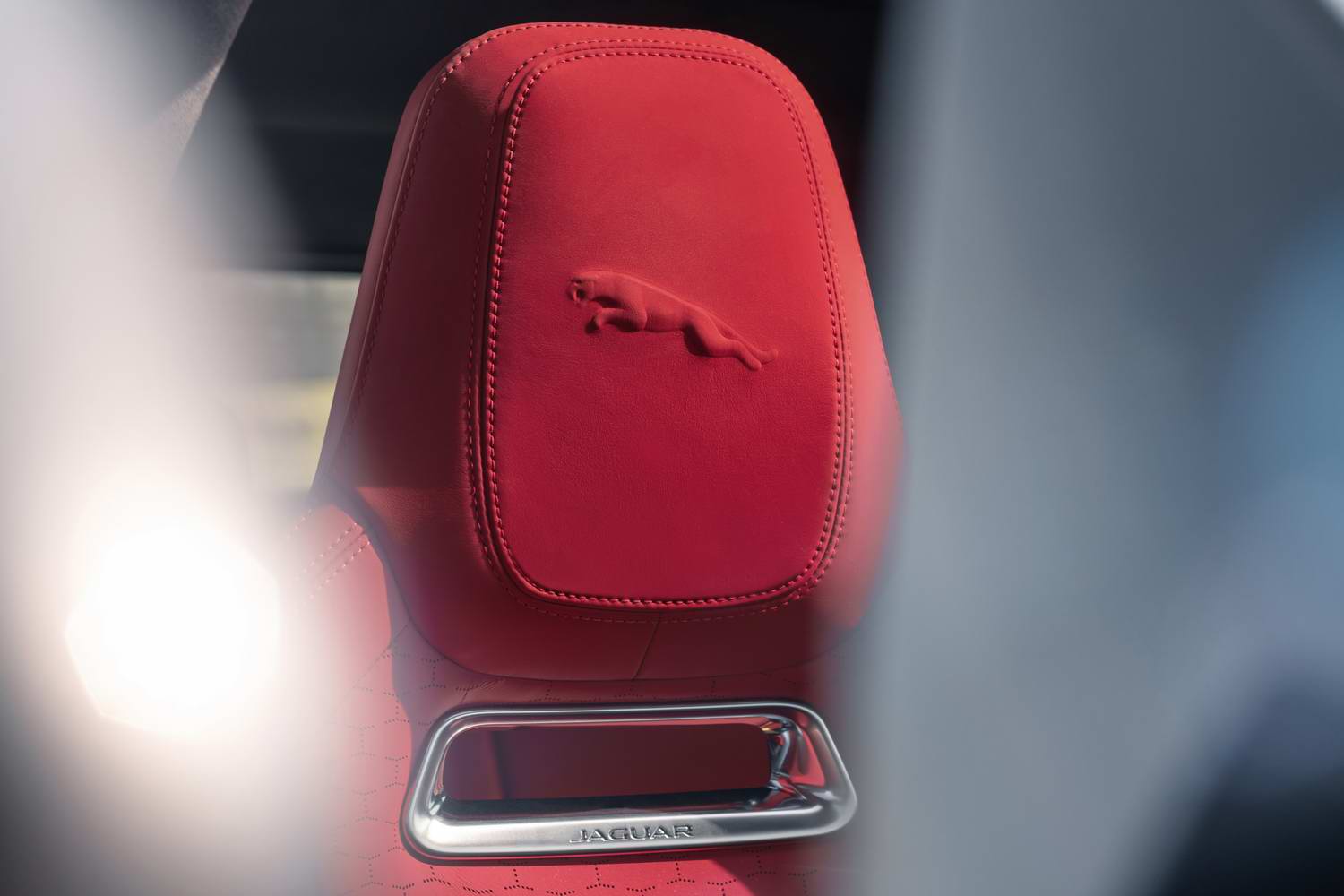 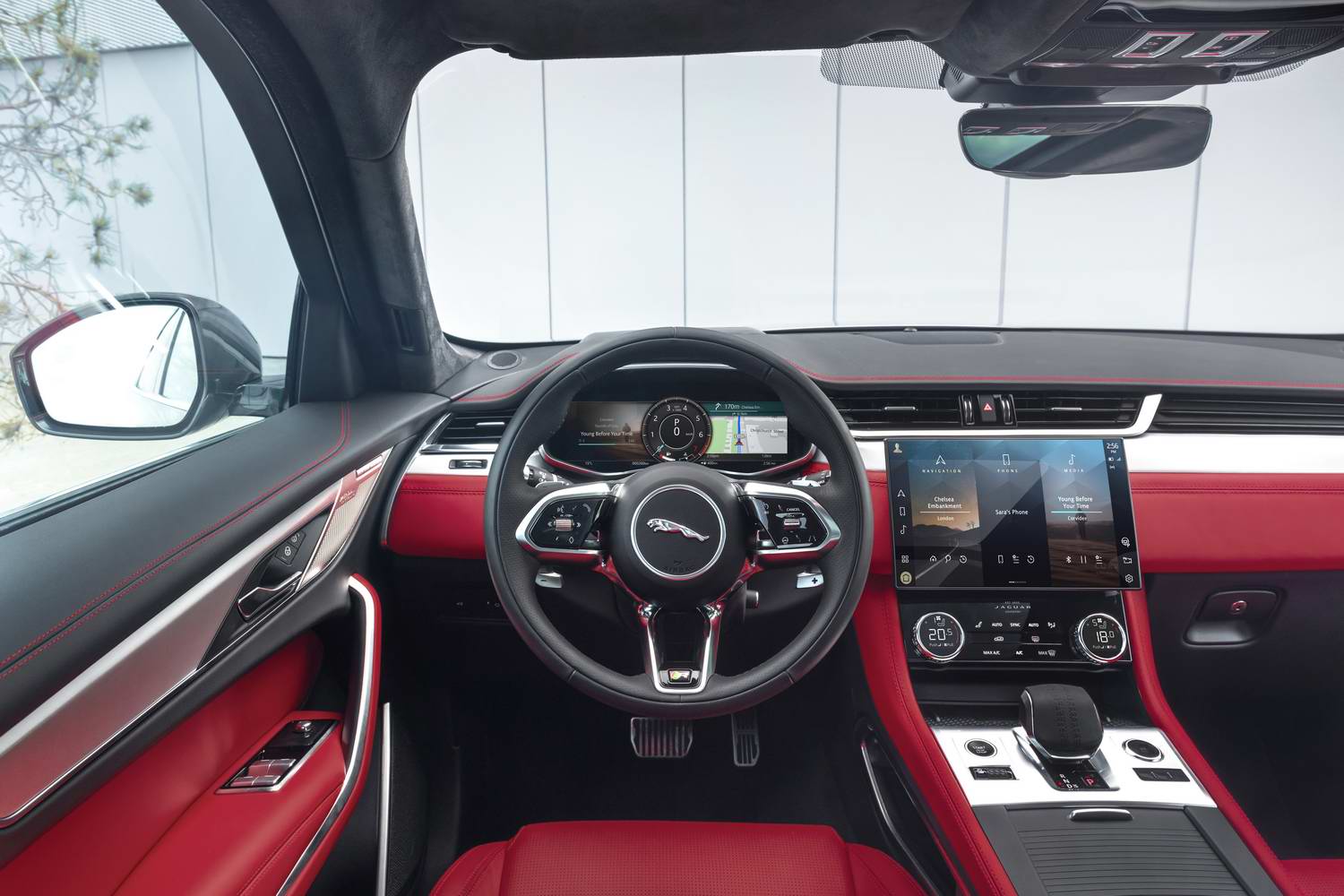 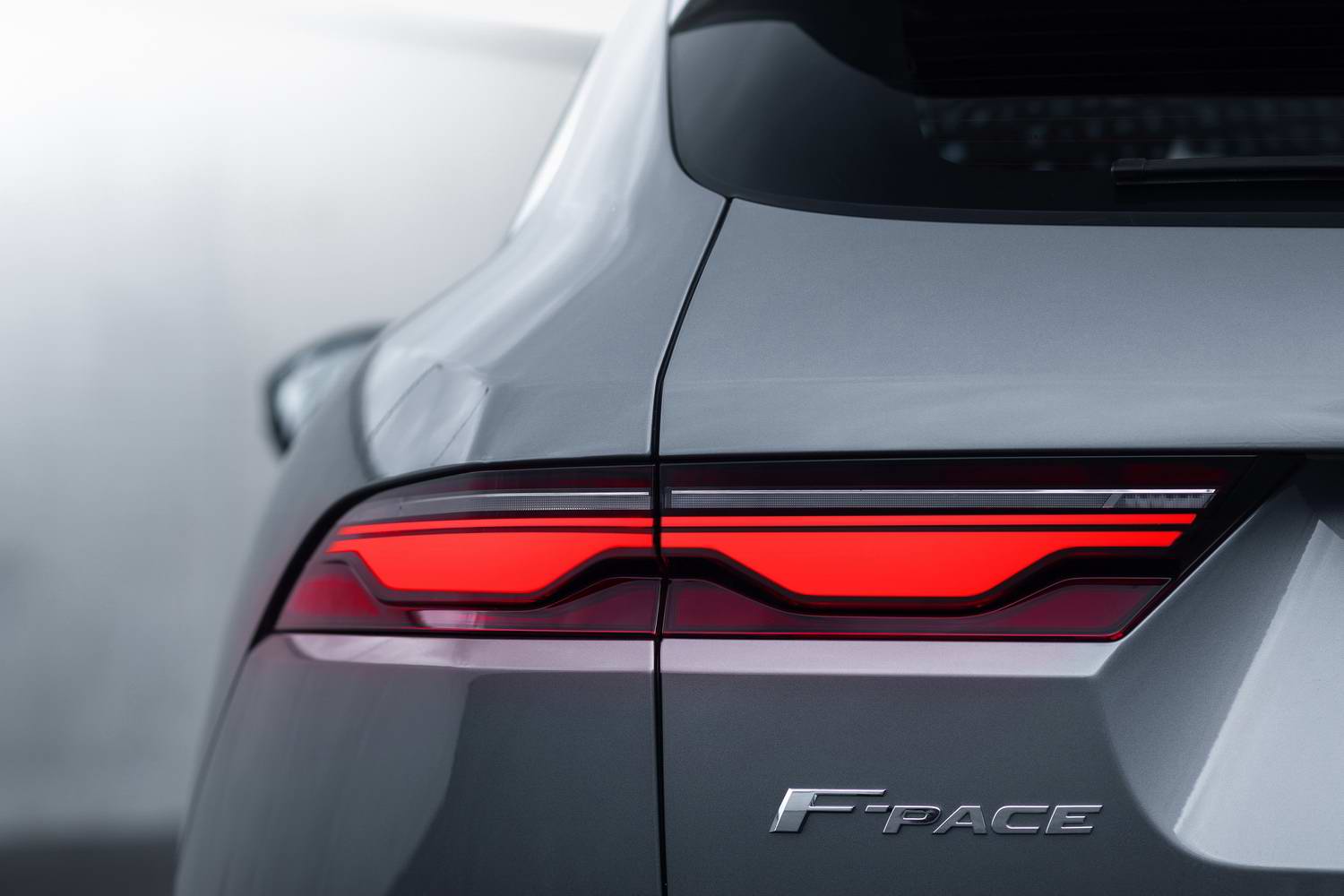 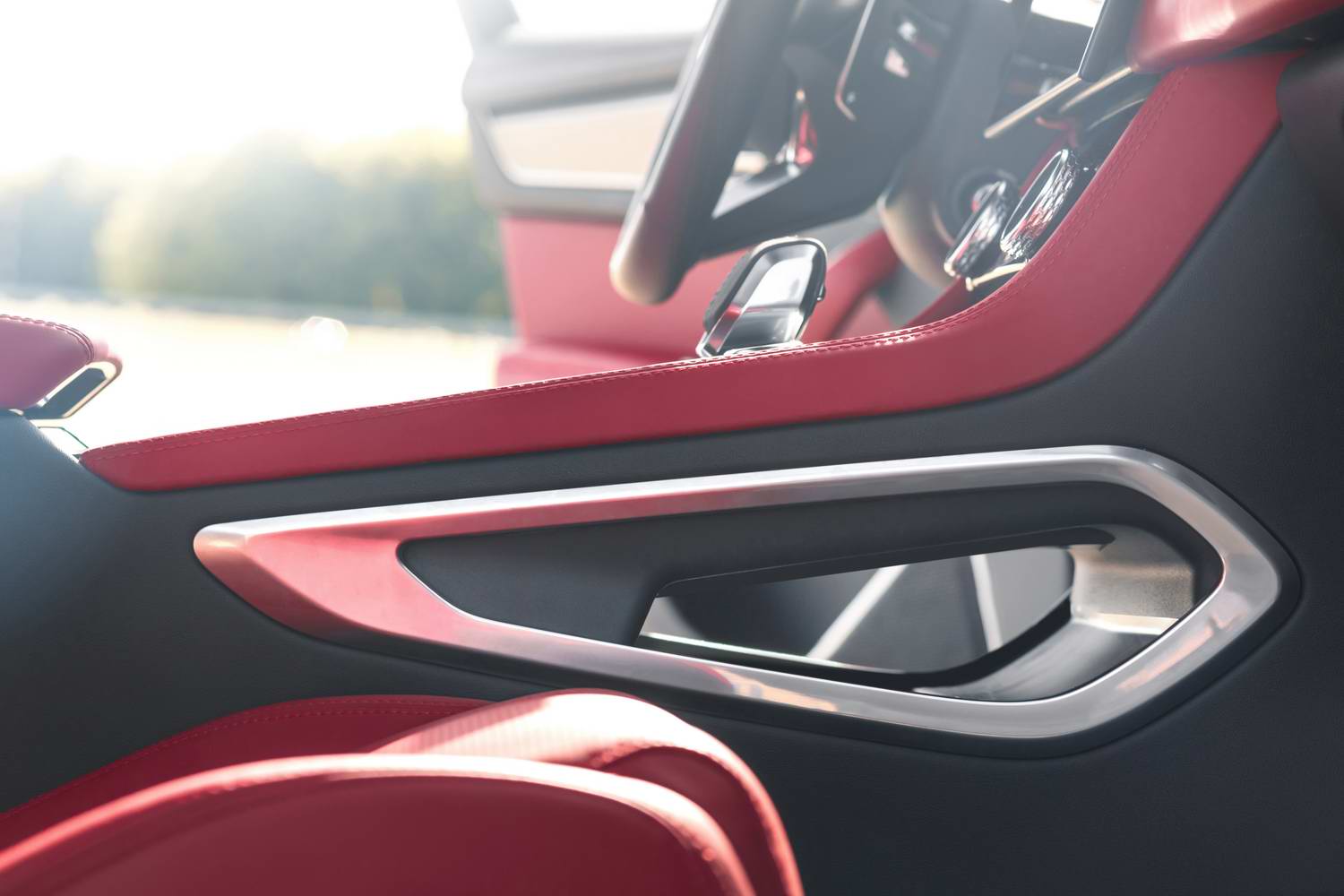 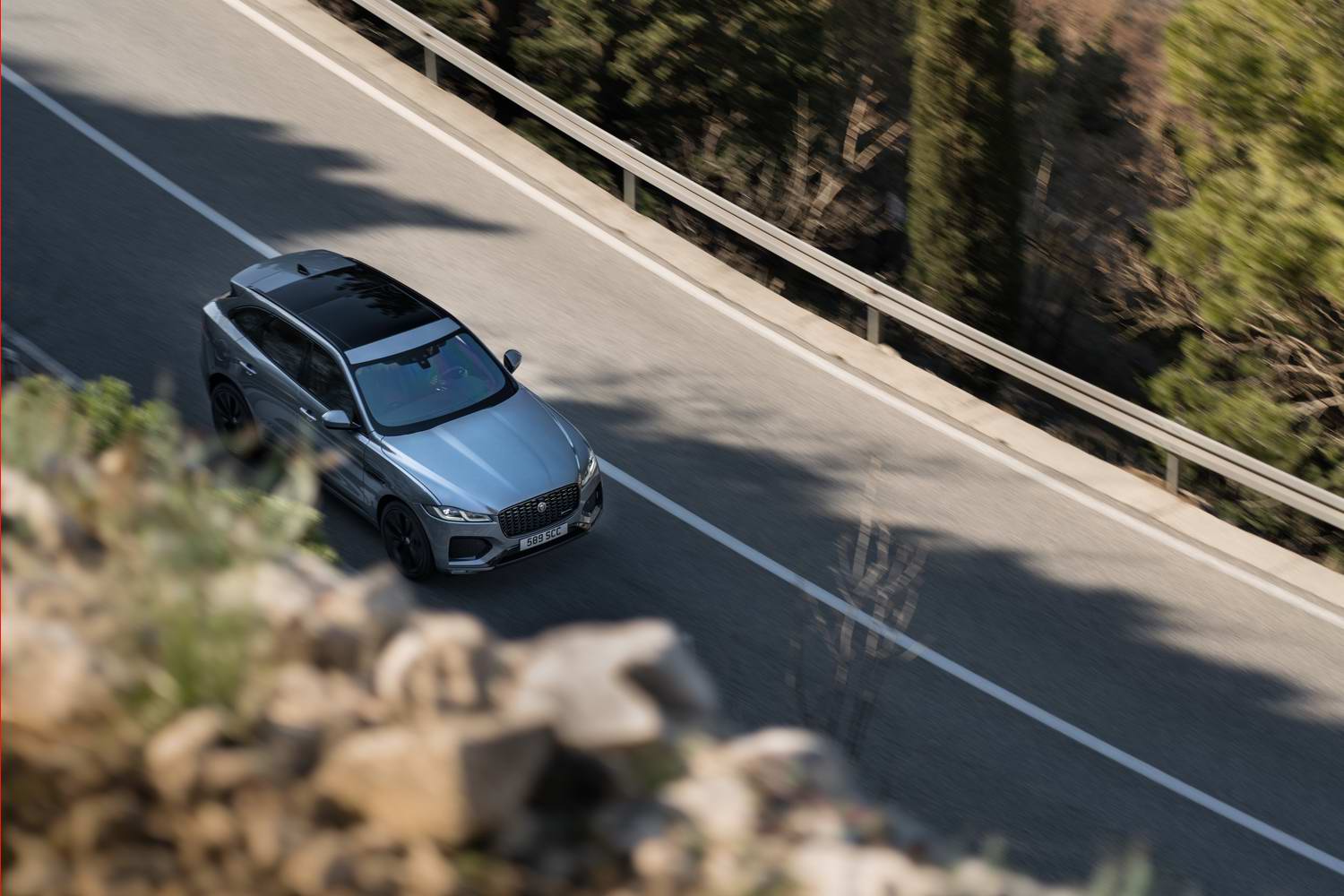 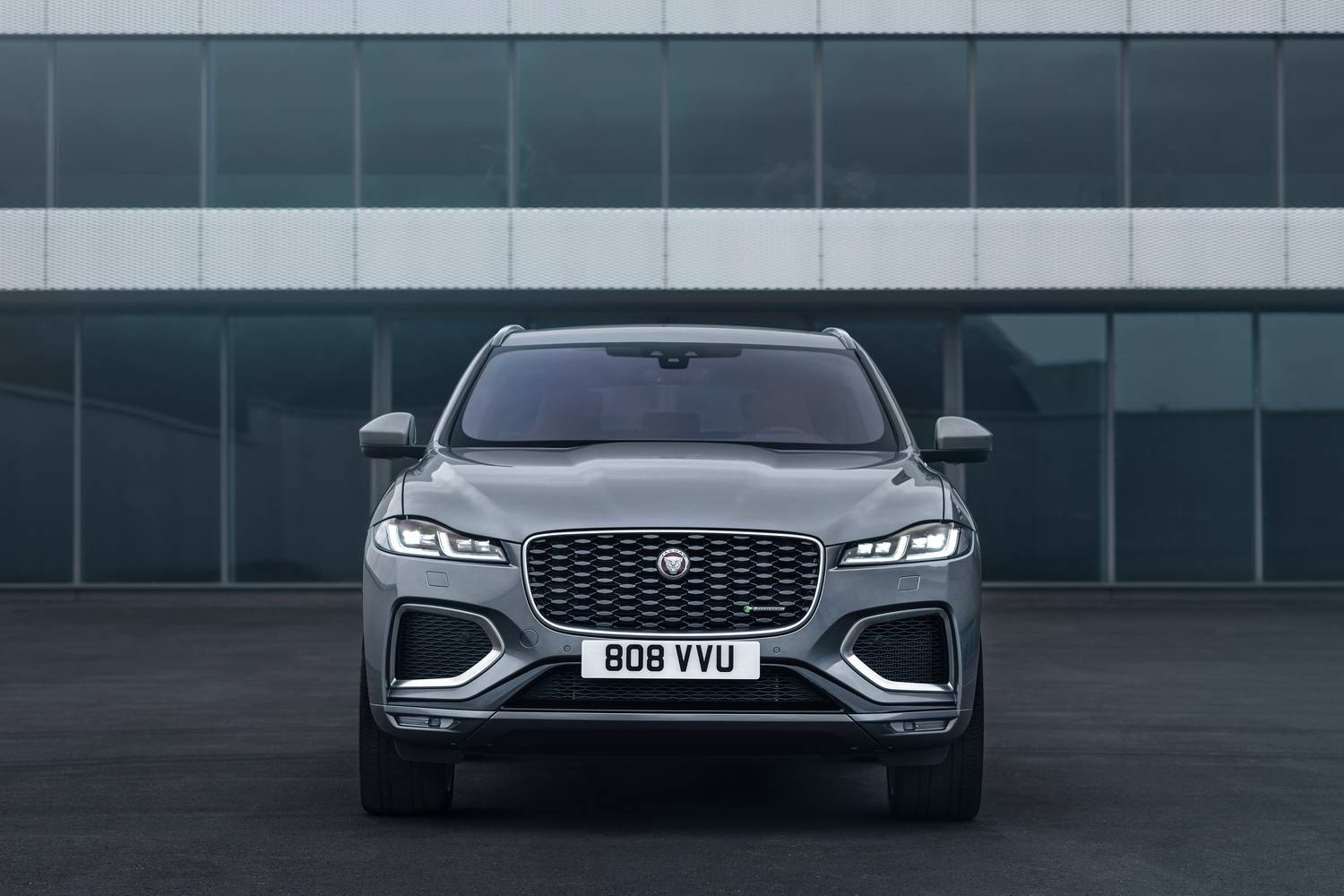 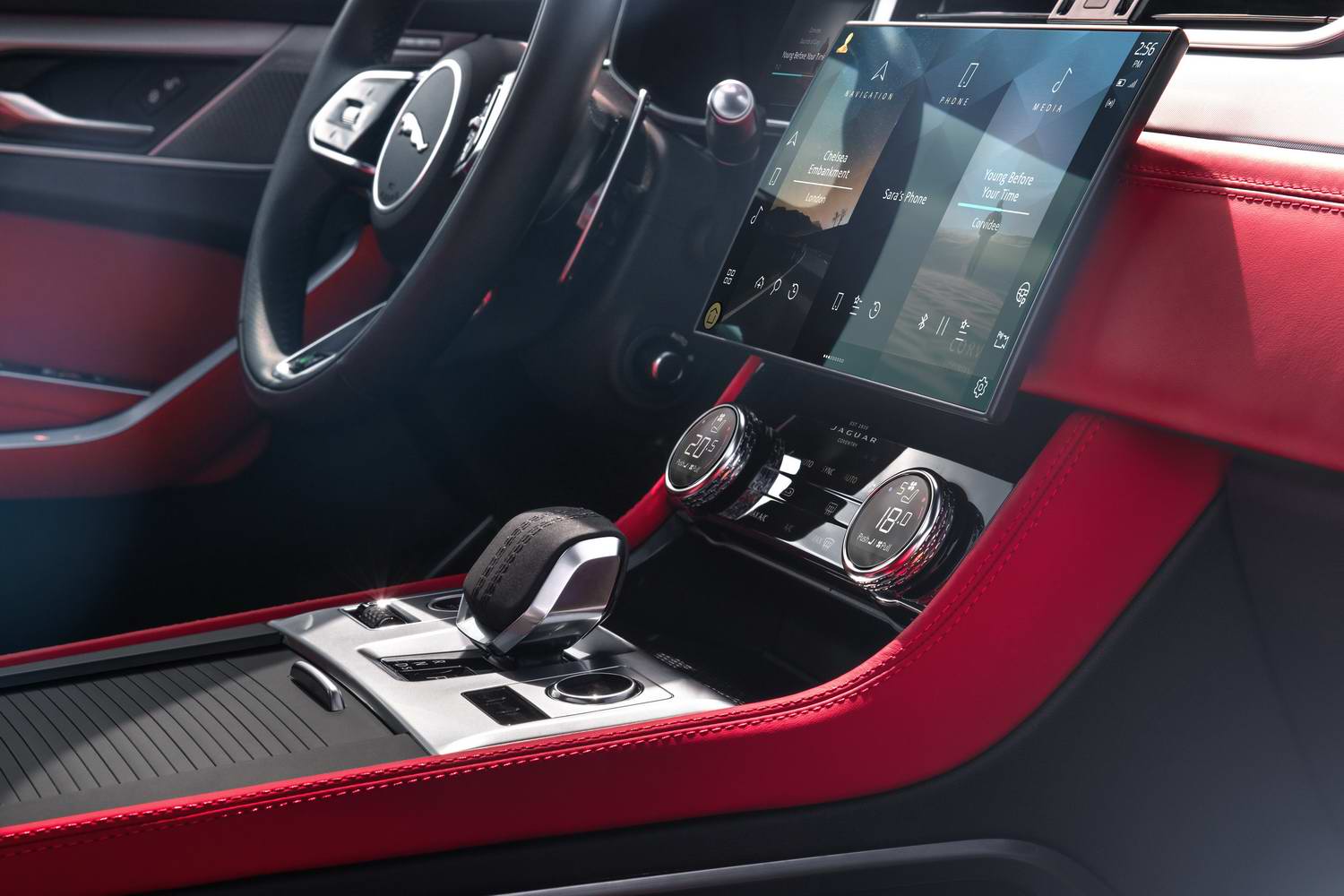 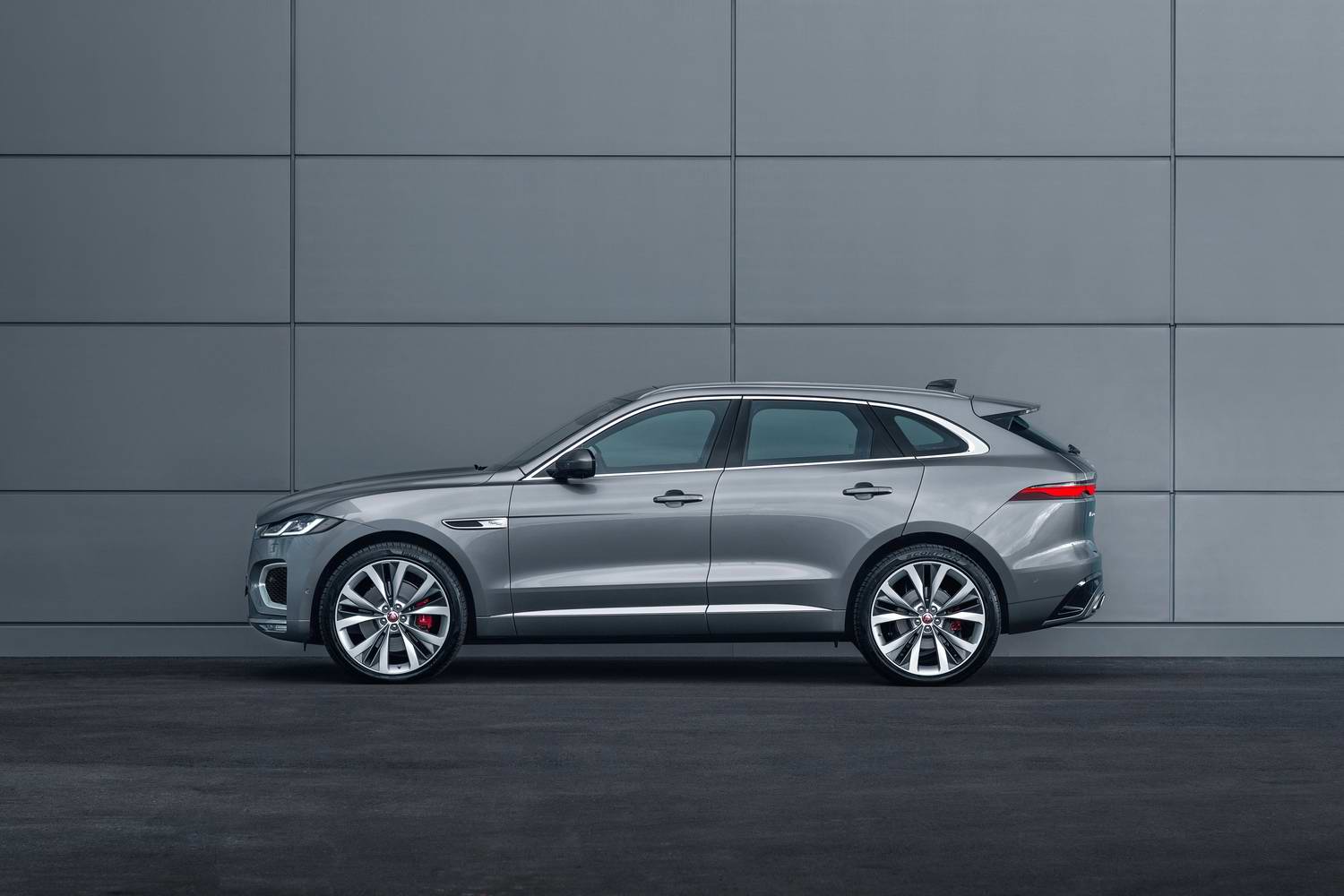 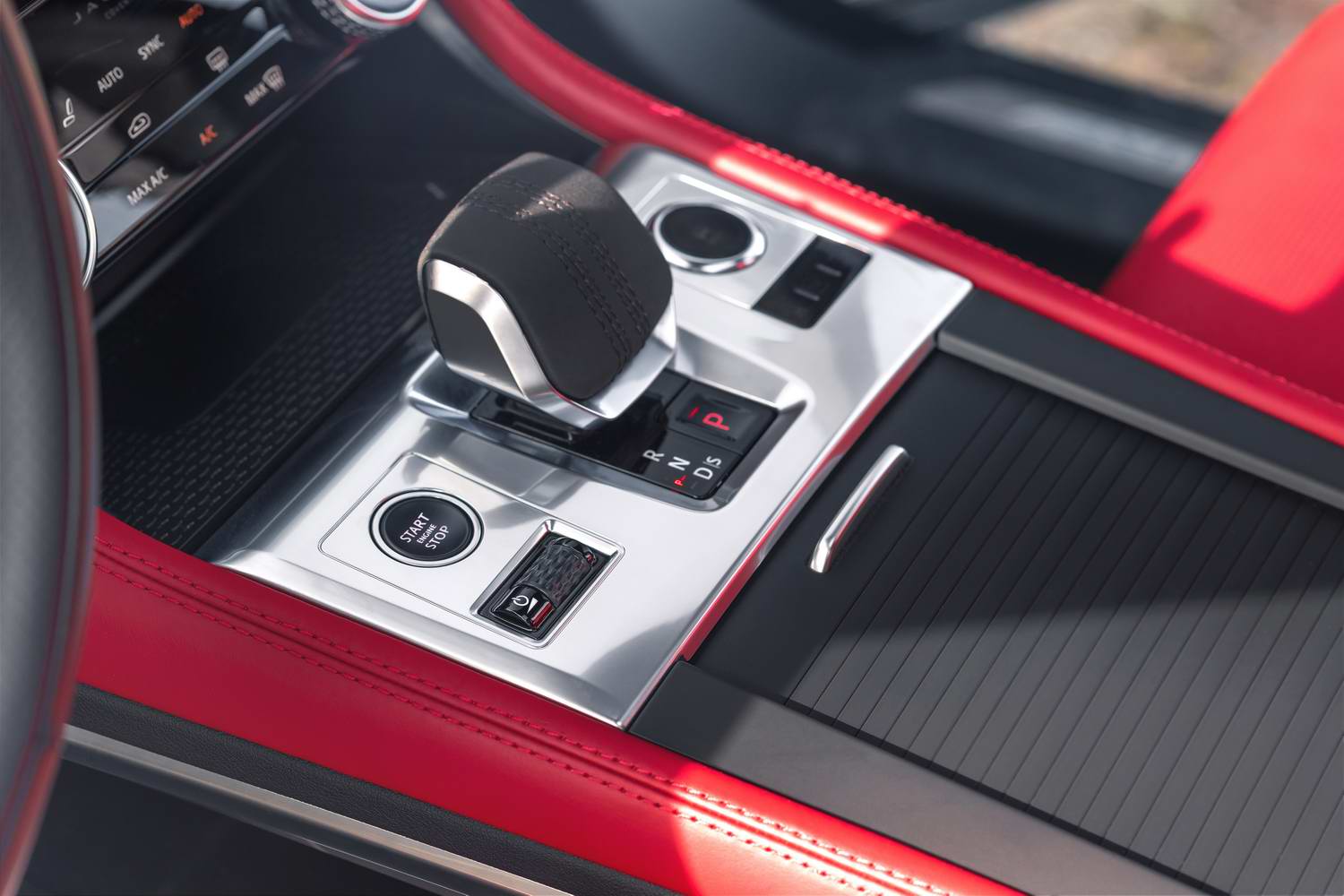 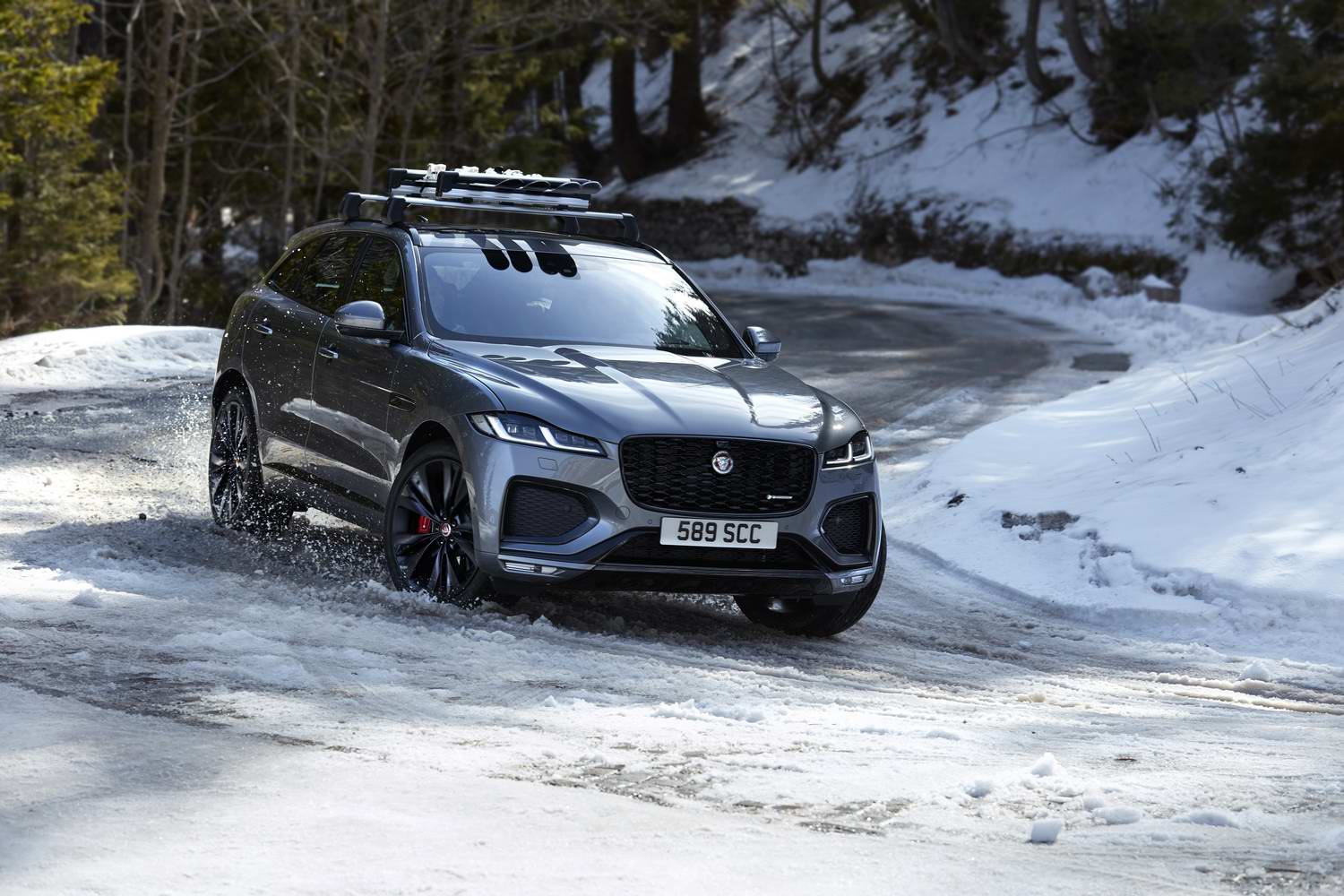 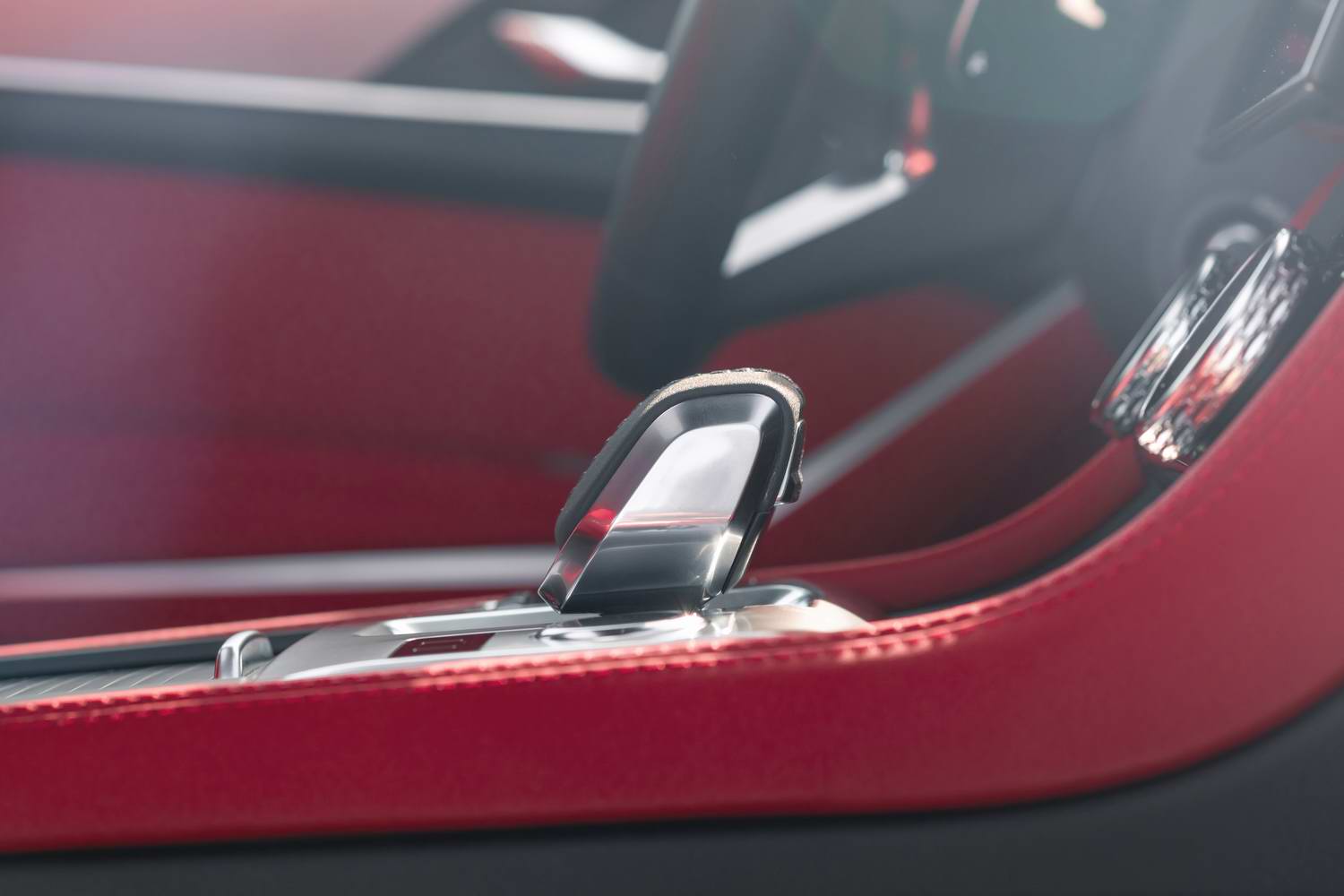 Jaguar F-Pace SUV gets hybrid tech and more for 2021 refresh.

Jaguar has revealed a raft of updates for its biggest SUV, the F-Pace, ahead of the 2021 model year. Restrained exterior changes modernise the car's detailing, but it's within that the biggest alterations are found with a complete overhaul of the design and technology. In line with that is a comprehensive revision of the engine range, including the addition of plug-in hybrid and mild hybrid options. Irish pricing for the updated F-Pace is not yet available, though we expect it to go on sale before the end of this year, in time for the '211' registration period.

The minimum alloy wheel size fitted to the new F-Pace will now be 19 inches in diameter, while slender new LED headlights are also standard across the range. It will be possible to upgrade these further with 'Pixel LED technology' that can mask parts of the road ahead without reducing overall illumination. The rear lights have also been slimmed down and restyled, inspired by those on the Jaguar I-Pace.

Complementing the new lights is a general sharpening up of the F-Pace's design. Up front, for example, there are new bumpers, a larger grille with a new mesh pattern and a restyled bonnet that subtly removes the shut-line that previously sat behind the grille. Out back is another new bumper and a reprofiling of the tailgate. Buyers can further customise the looks by opting for the sportier looking R-Dynamic specification and/or applying the Black Exterior Pack.

Jaguar spent even more effort on the interior of the F-Pace. The new cabin is dominated by a brand-new - and rather impressive - centre console design, which features unique push-pull climate controls and a 11.4-inch curved-glass HD touchscreen. The latter operates the new Pivi Pro infotainment system, which we'll go into more detail on below. That's complemented by a new 12.3-inch display in front of the driver, which is configurable. On top of all that, there are new seats and more focus on high-end materials and finishes.

All versions of the F-Pace get an eight-speed automatic gearbox and all-wheel drive as standard. In terms of diesel options, a 2.0-litre four-cylinder turbodiesel engine is offered in 163- and 204hp states of tune, both using mild-hybrid tech. The more powerful unit delivers up to 430Nm of torque, while they both emit 163g/km and use 6.2 litres/100km on the WLTP regime. Topping the diesel range is a 3.0-litre straight-six unit, producing up to 300hp and 650Nm of torque (and hence 0-100km/h in 6.4 seconds). If this is paired with the mild-hybrid tech (it's not clear if it will be for the Irish market), CO2 and fuel consumption figures are 194g/km and 7.4 litres/100km, respectively.

A 250hp 2.0-litre four-cylinder turbocharged engine kicks off the petrol line-up, and it's no slouch with 0-100km/h of 6.9 seconds. However, it pales in comparison to the two six-cylinder 3.0-litre petrol units. They use a 48-volt mild-hybrid system that enables an electric supercharger. That works with the twin-scroll exhaust turbocharger to deliver outputs of either 340hp/480Nm or 400hp/550Nm, the latter capable of 0-100km/h in just 5.4 seconds.

Finally, and perhaps the most interesting powertrain in the range, is the F-Pace's first plug-in hybrid option. Badged 'P400e', this mixes the 2.0-litre petrol engine with a 105kW electric motor for up to 404hp and 640Nm of torque. Other headline figures include 0-100km/h in 5.3 seconds, emissions as low as 49g/km and consumption of 2.2 litres/100km. Thanks to a 17.1kWh lithium-ion battery, this hybrid F-Pace can travel up to 53 kilometres on electricity alone.

Technology all the way for 2021

It's worth a closer look at the technology added to the F-Pace for 2021. At the heart of the update is Jaguar's Electronic Vehicle Architecture 2.0, which supports the Pivi Pro system and software-over-the-air functionality. Pivi Pro has two sims, its own power source so the satnav can be used almost immediately, embedded apps such as Spotify and smartphone mirroring tech such as Apple CarPlay and Android Auto.

Other noteworthy additions to the SUV include Active Road Noise Cancellation, Cabin Air Ionisation with PM2.5 filtration technology and a second-generation Activity Key. The latter takes the form of a tough, waterproof wrist-worn device that can lock, unlock and start the F-Pace without the driver having to carry a conventional key. The rechargeable device incorporates a watch and has a battery life of up to seven days between charges.