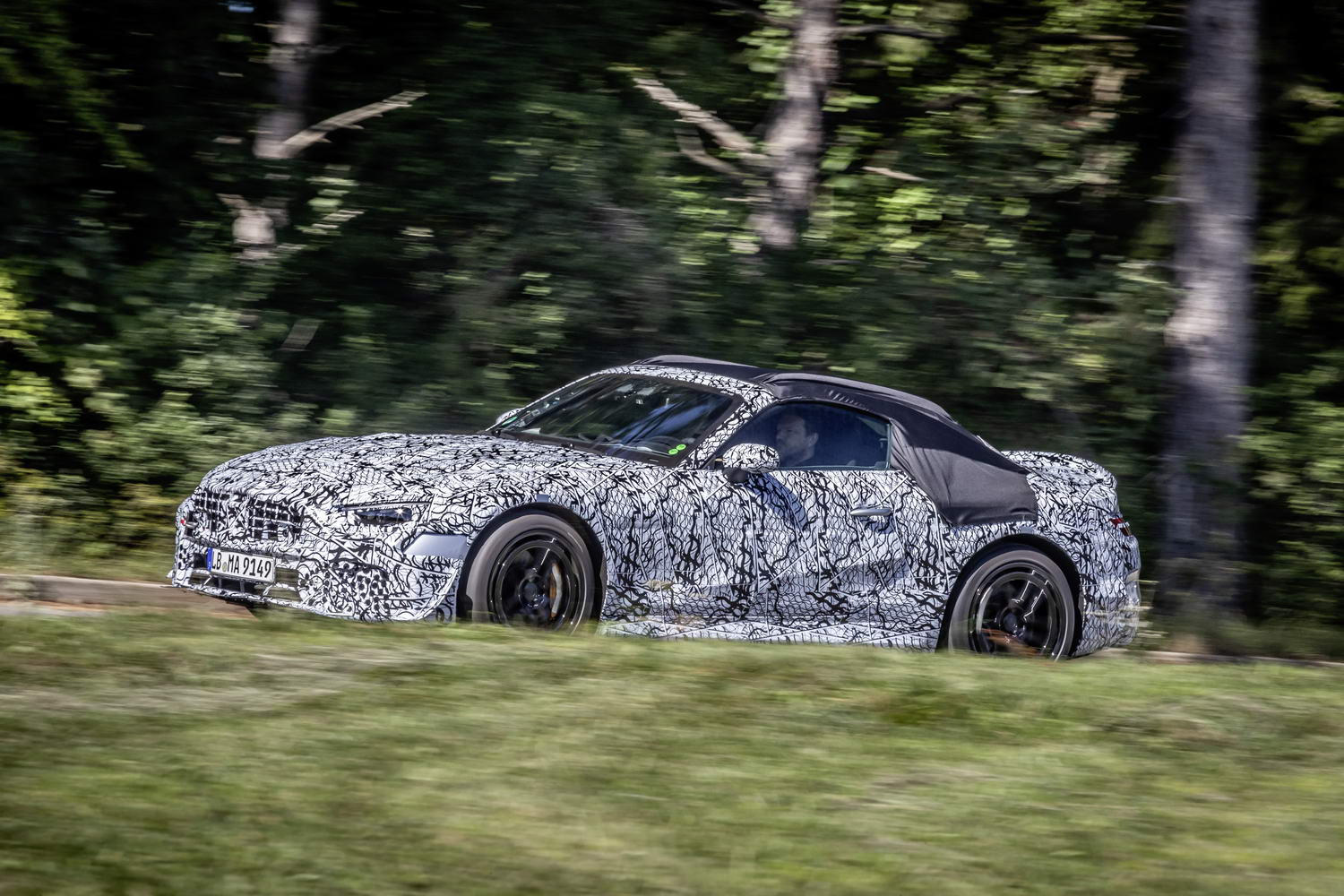 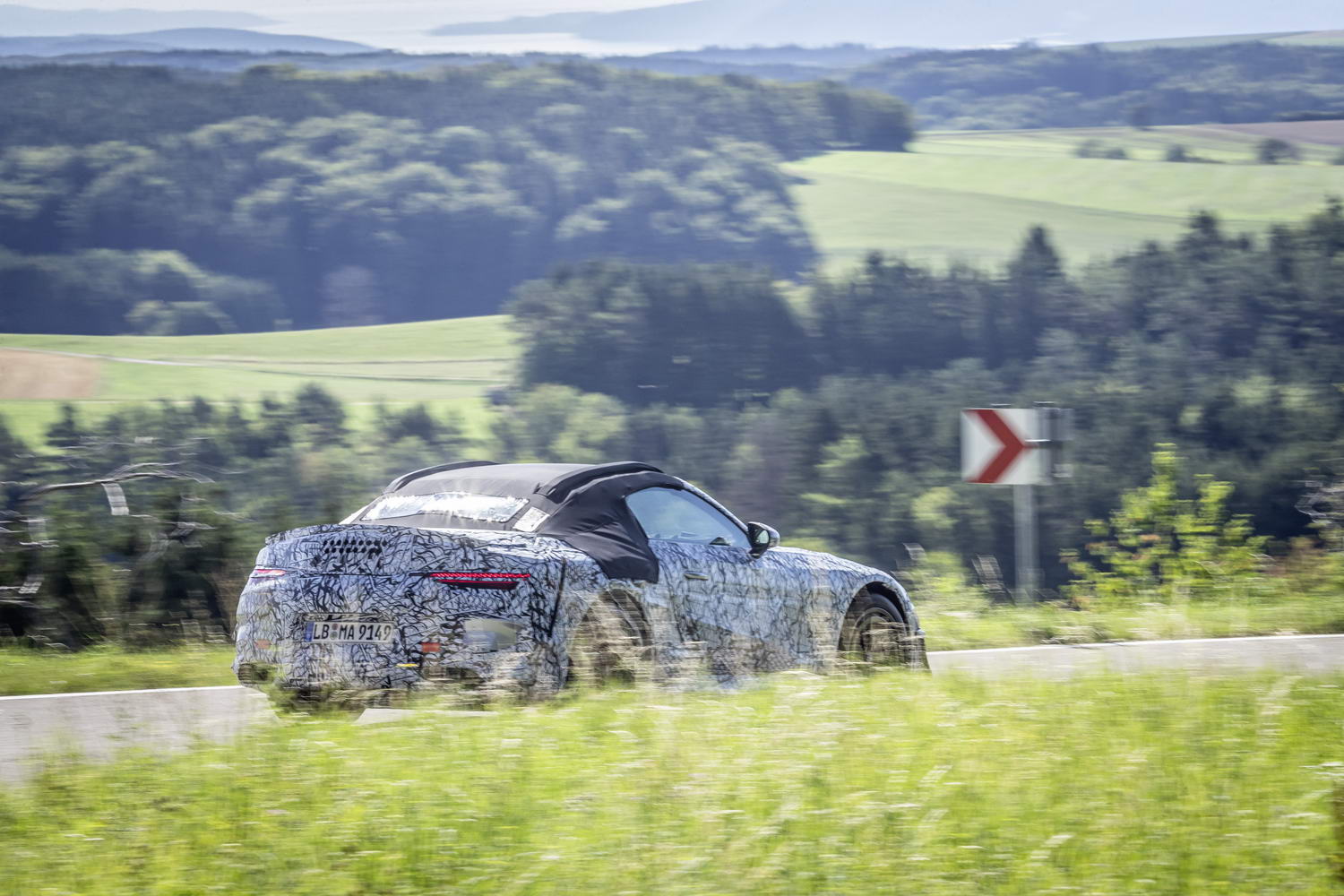 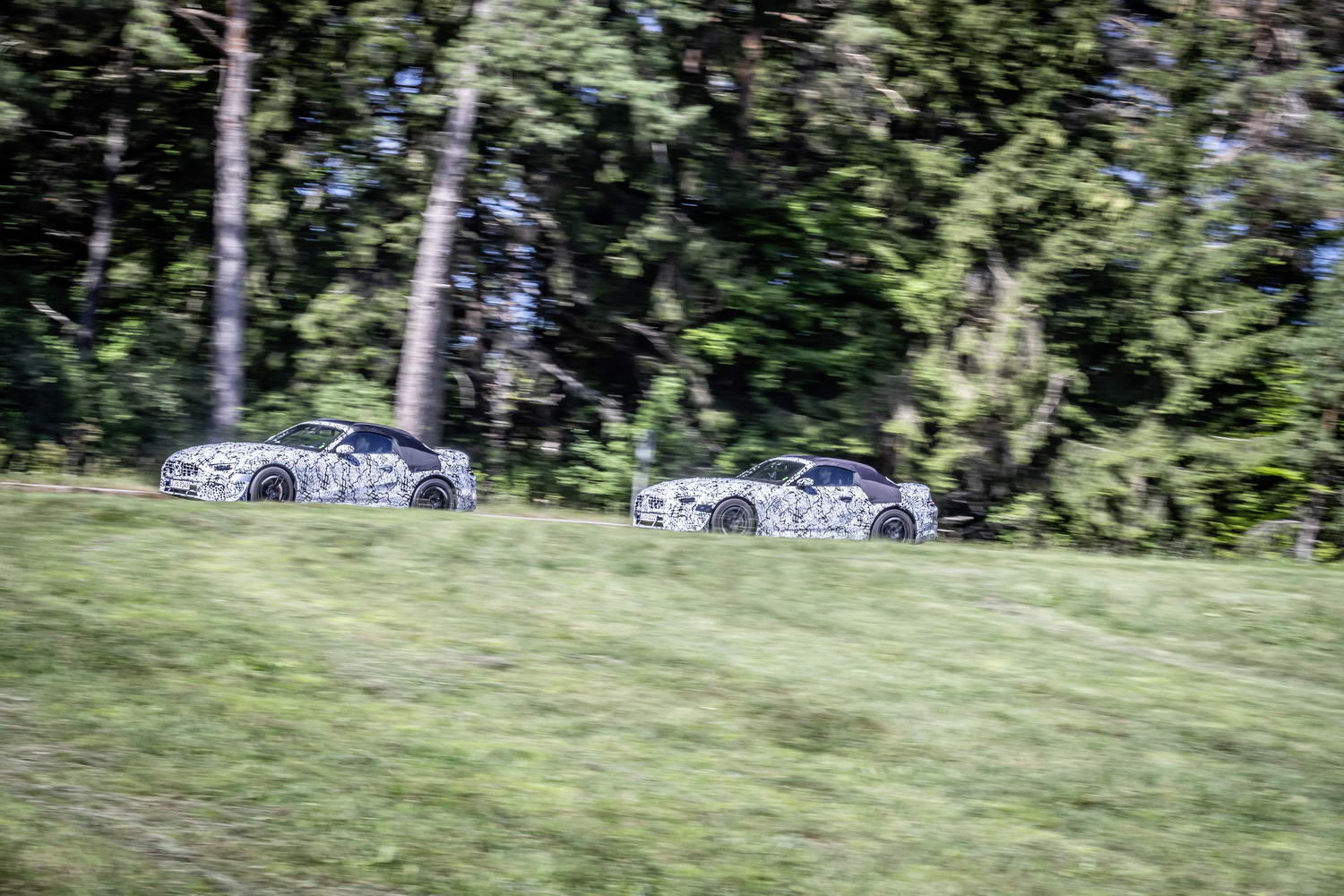 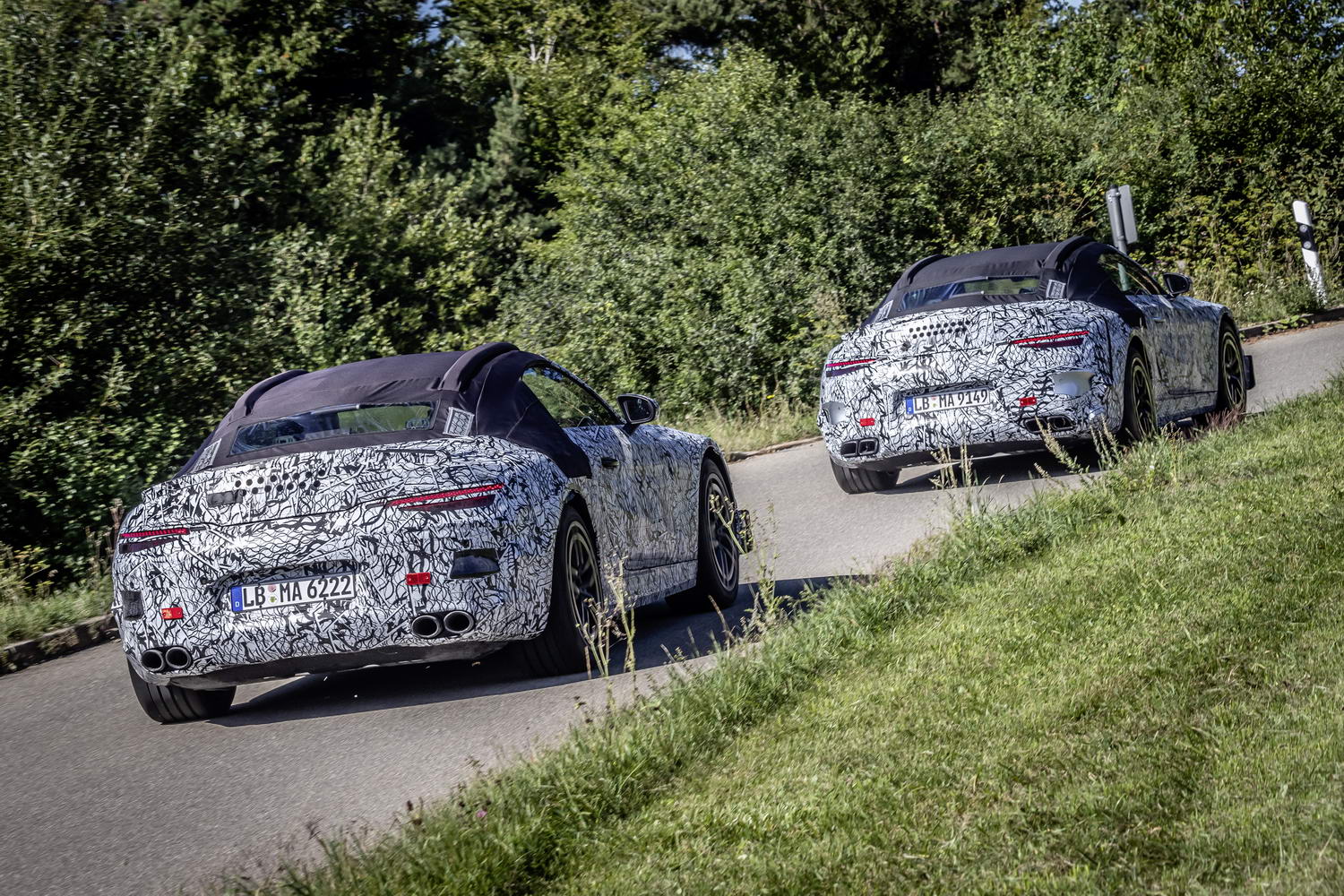 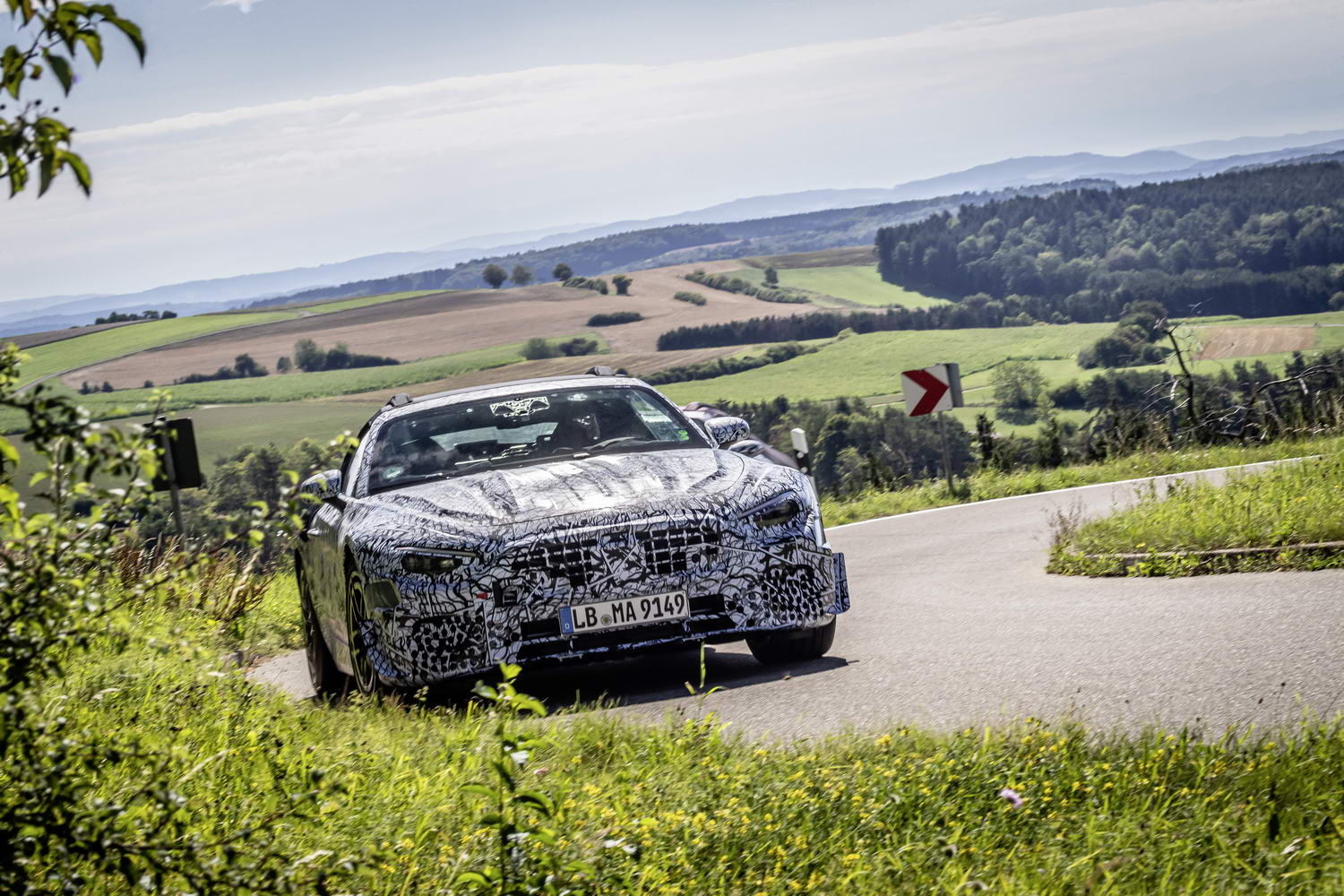 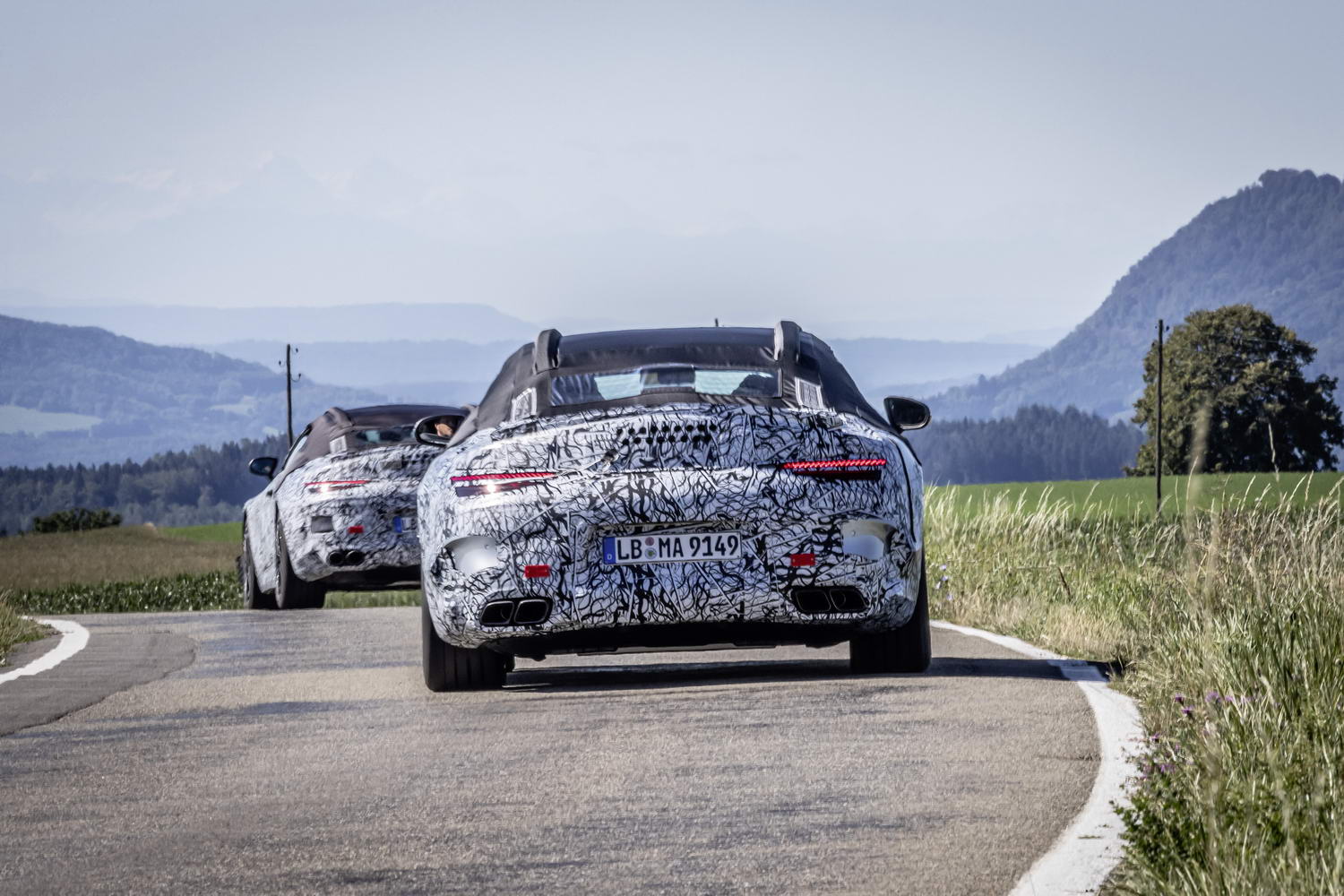 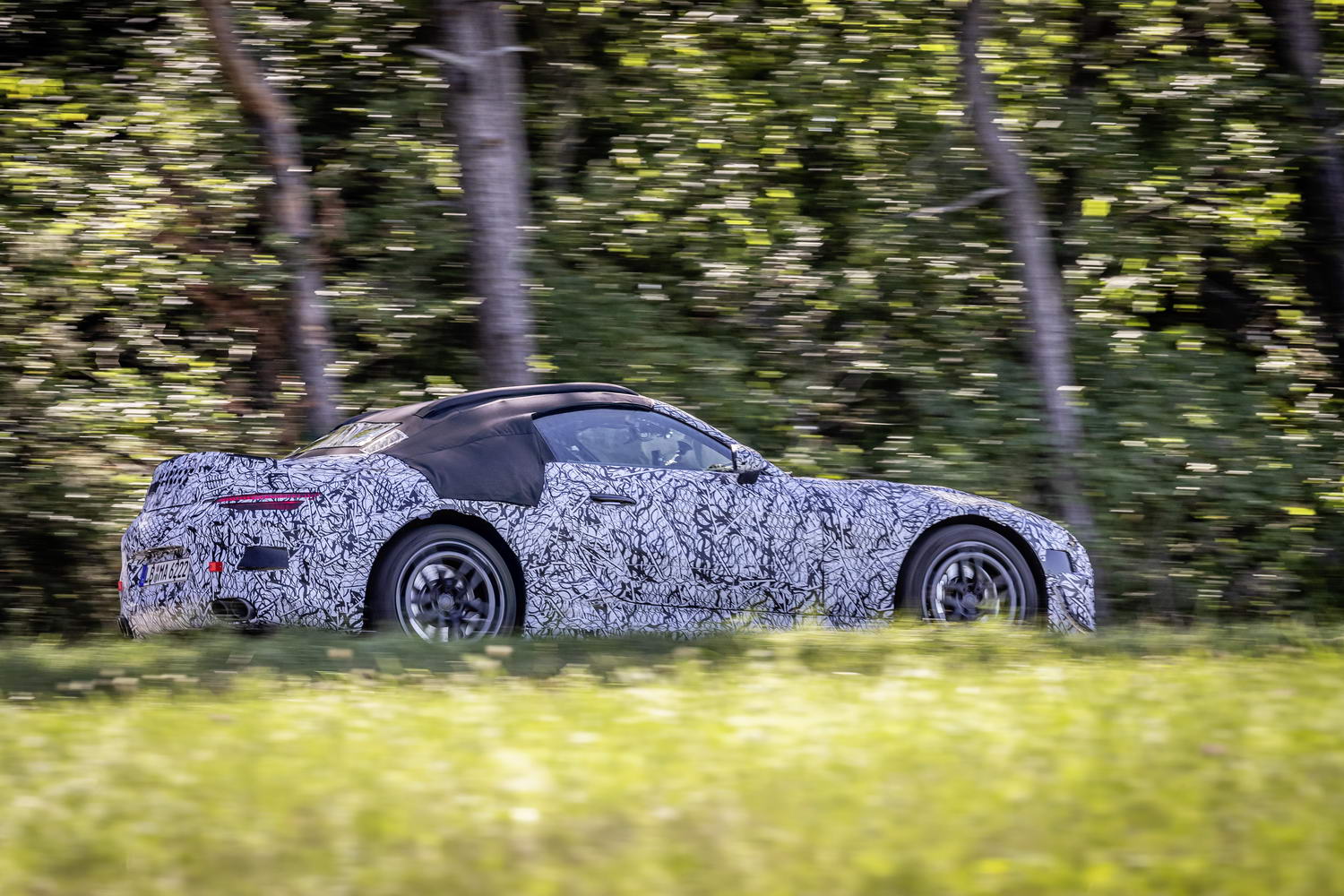 You're looking at the sixth-generation of a legend - this is the Mercedes-Benz Super-Leicht, or SL, undergoing development in heavy disguise.

The SL, which has been around in one form or another since 1954 - or 1952, if you want to include motorsports in the reckoning - has been a luxury coupe or roadster grand tourer throughout the ages, and its name inspired the smaller SLK of 1996, a vehicle which ultimately became the SLC in 2016.

However, there was a fear that the recent arrival of the Mercedes-AMG GT family might spell the end for the SL; after all, both are expensive, high-powered two-seaters, available in both Coupe and Roadster formats.

But, despite the fact there's a lot of overlap between SL and GT, the former continues - and is actually developed by Mercedes-AMG itself, as Mercedes-Benz says this is the sports and performance arm of its company, claiming that it has 'fittingly taken on the task of overall vehicle development for the reinterpretation of the legendary roadster'. This raises the tantalising possibility that, like the GT, the sixth-gen SL will only be sold as a Mercedes-AMG with the commensurate high-power engines and no 'regular' Benz models available. However, we'll wait to see on this score.

Other than that, all Mercedes is saying about the SL Mk6 - likely to be codenamed 'R232' to fit in with previous models - for now is that it has already undergone 'extensive digital development steps, test stand runs and simulator trials', ahead of 'the new sports car now entering a scheduled phase of wide-ranging dynamic driving tests'. These have so far been held at Merc's Test and Technology Centre in Immendingen, although public-roads testing is also taking place too.