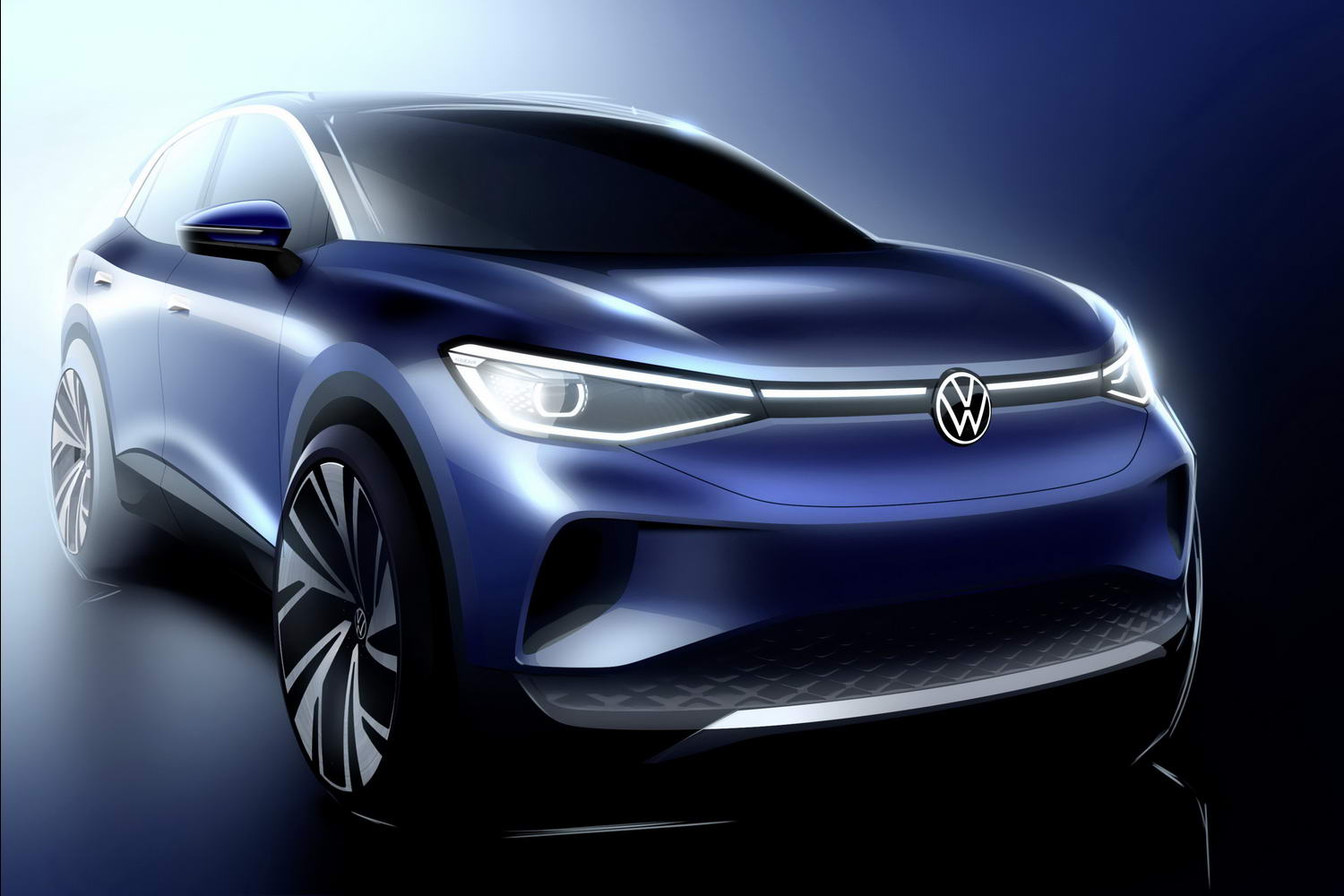 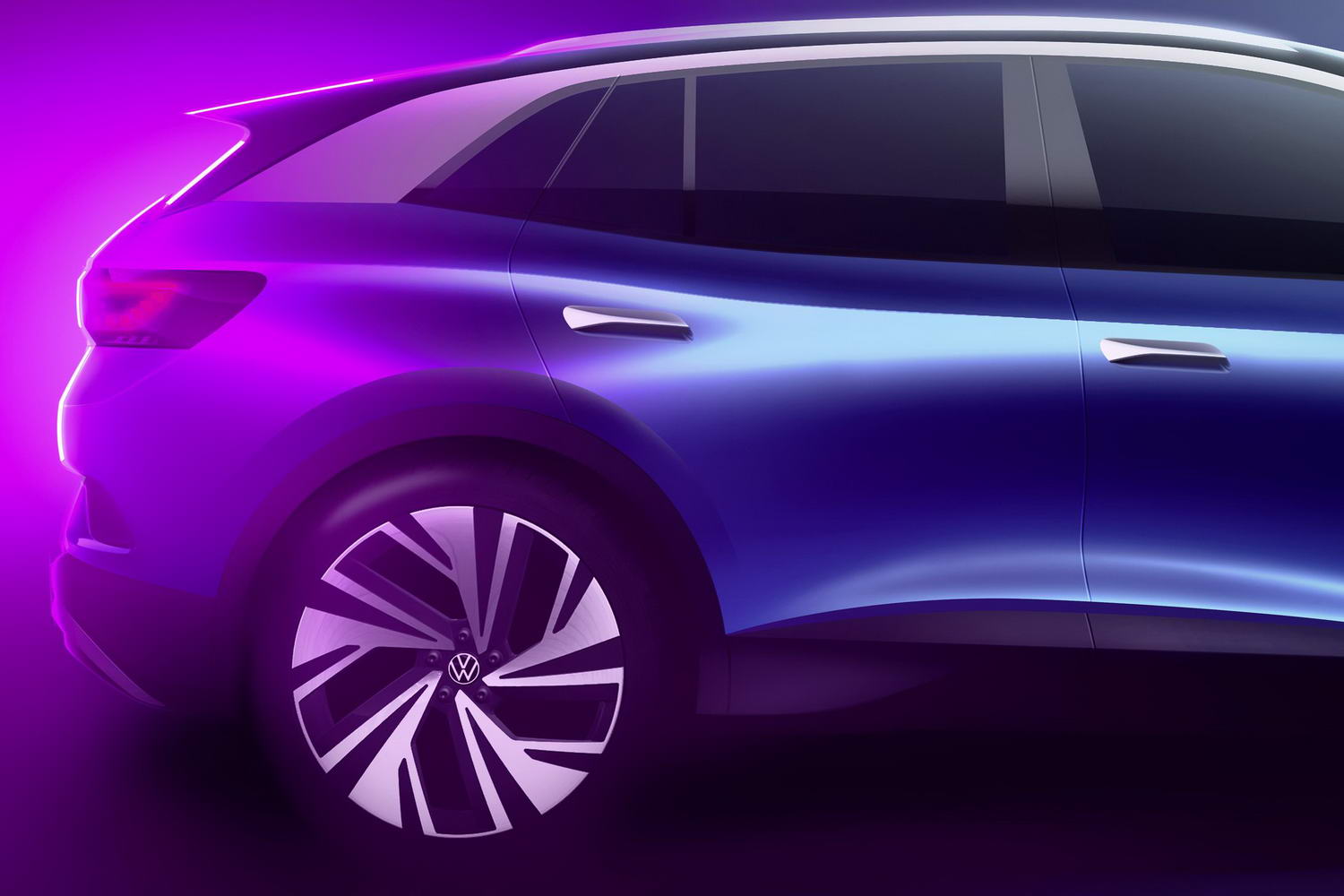 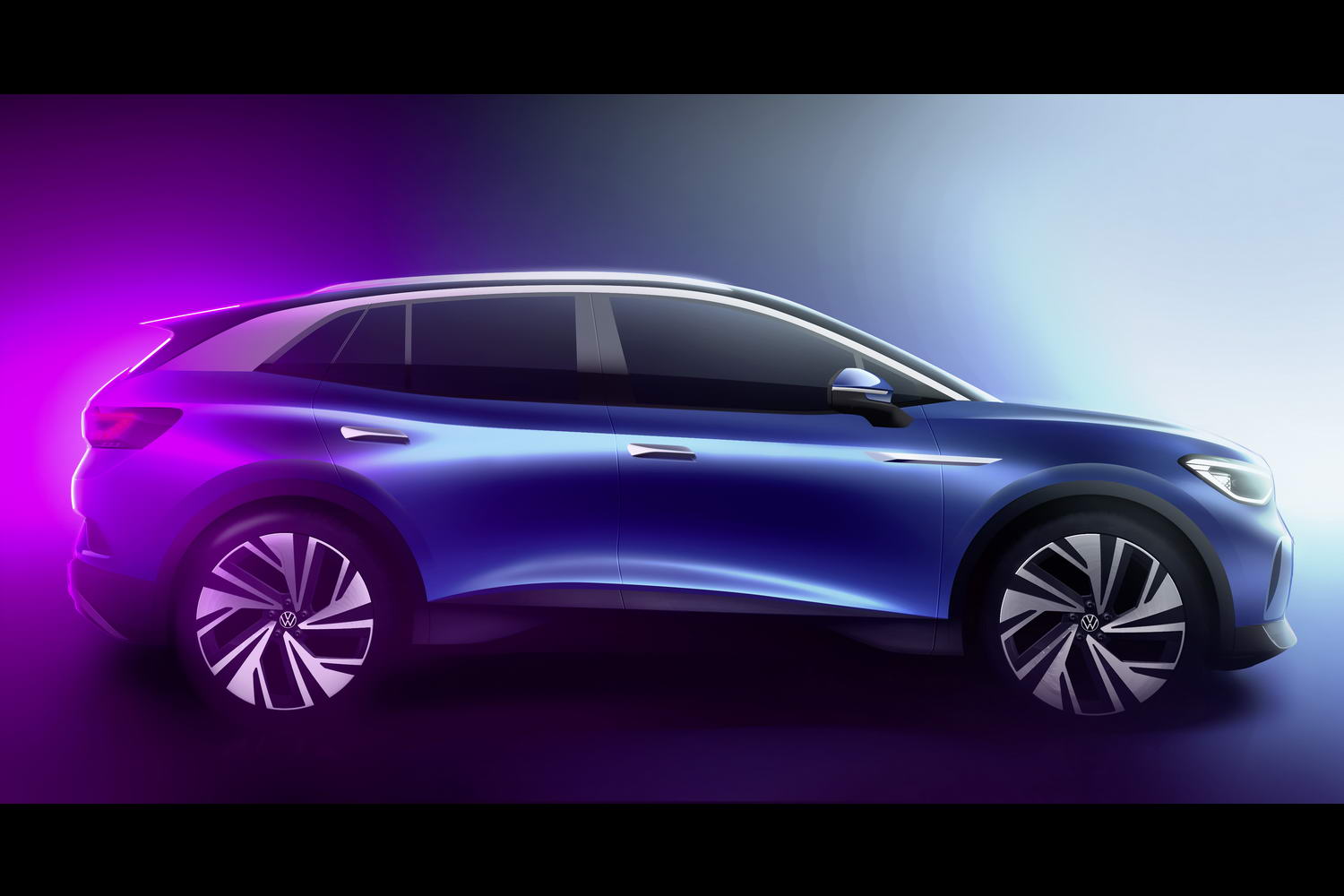 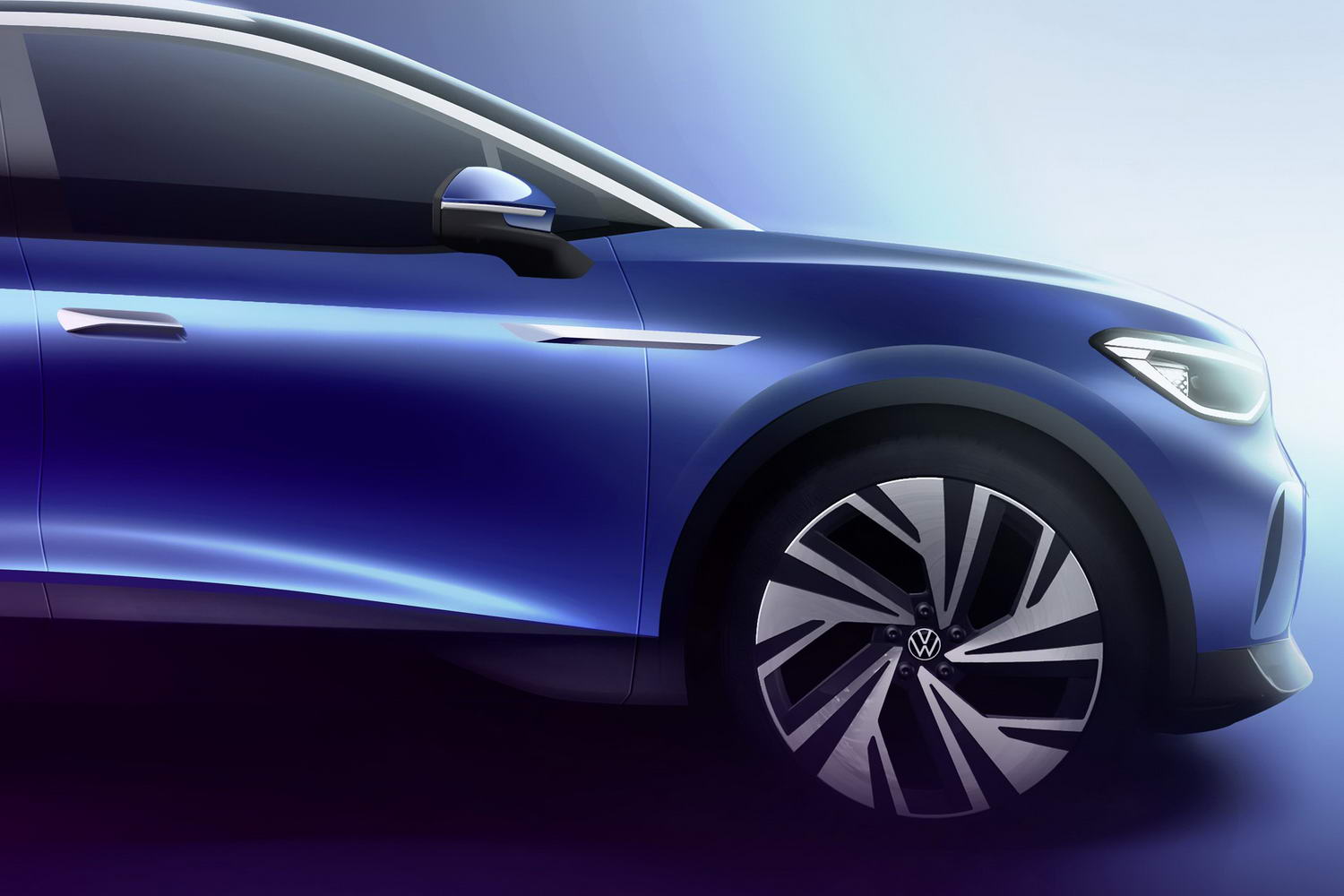 VW previews its next all-electric ID model, the ID.4.

Volkswagen has released a few initial details and designer sketches of the second member of its all-electric ID family, the new ID.4 SUV. Built on the same 'modular electric drive matrix (MEB)' platform as the VW ID.3, we expect the ID.4 to hit the Irish market in early 2021 with a price of about €50,000 after grants.

VW hasn't revealed all of the ID.4's technical details, but has let slip that ranges of more than 500km should be possible. That would suggest it uses the same choice of 45-, 58- and 77kWh batteries as the Volkswagen ID.3, though the ID.4 will be a larger and heavier vehicle. To that end, though the initial variants will use rear-wheel drive, there are plans to offer all-wheel drive soon after.

The side profile of the ID.4 hints at a slippery design, aerodynamically speaking, and Volkswagen has confirmed that the new SUV will have a low coefficient of drag of 0.28. Nonetheless, the car looks relatively conventional, in family SUV terms, married to a strong Volkswagen family look.

"The ID.4 represents an electric design evolution," says Zyciora. "Its exterior design is clean, flowing and powerful. It appears strong and self-confident in a new way. This is mainly due to the seamless, aerodynamic style of our ID. family, which we have transferred to the SUV segment for the first time with the ID.4. This means that gentle, soft transitions alternate with sharp, clear separating edges. The design looks as if shaped by the wind itself. At the same time, the modern look of the ID.4 can be seen by the characteristic headlights and the signature light between them."

As part of its "Transform 2025+" strategy, the Volkswagen brand will invest 11 billion euros in electric mobility by 2024. The ID.4 is only the second model to come from that and it will be manufactured in Europe, China and the USA. Further ID cars expected in the near future include a reinvention of the Volkswagen Bus, possibly called the ID.Buzz, and a sporty crossover following on from the ID.Crozz concept car.