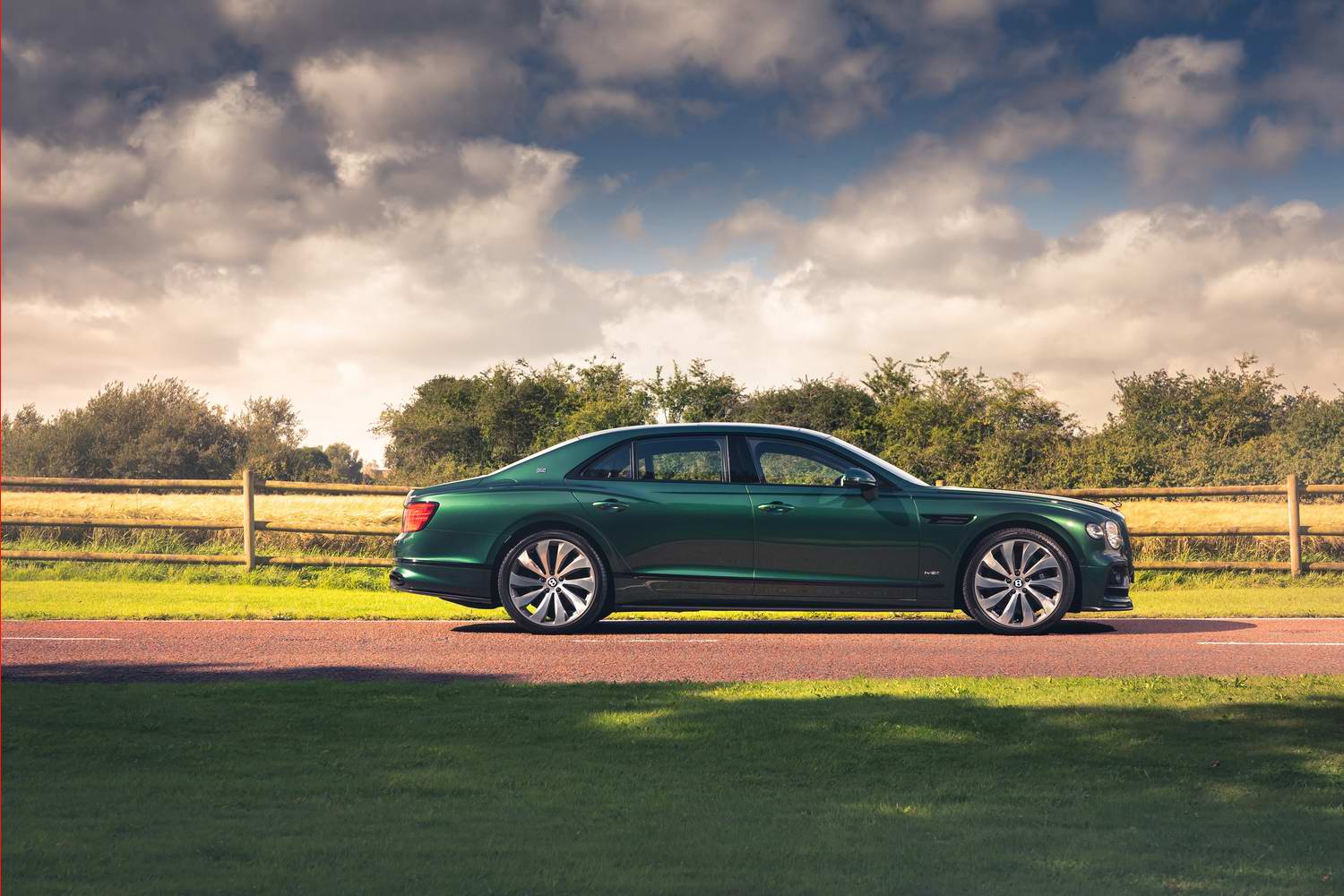 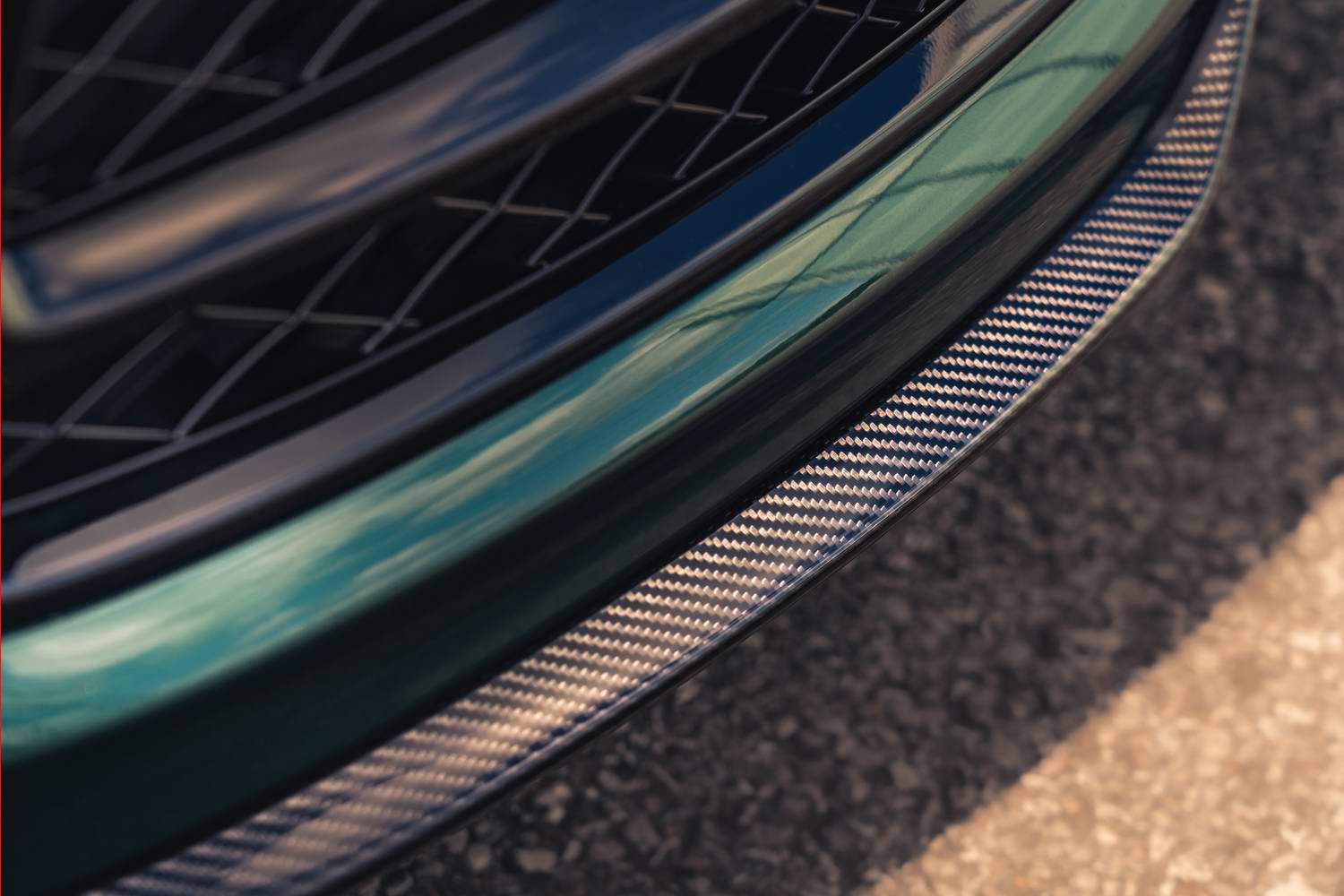 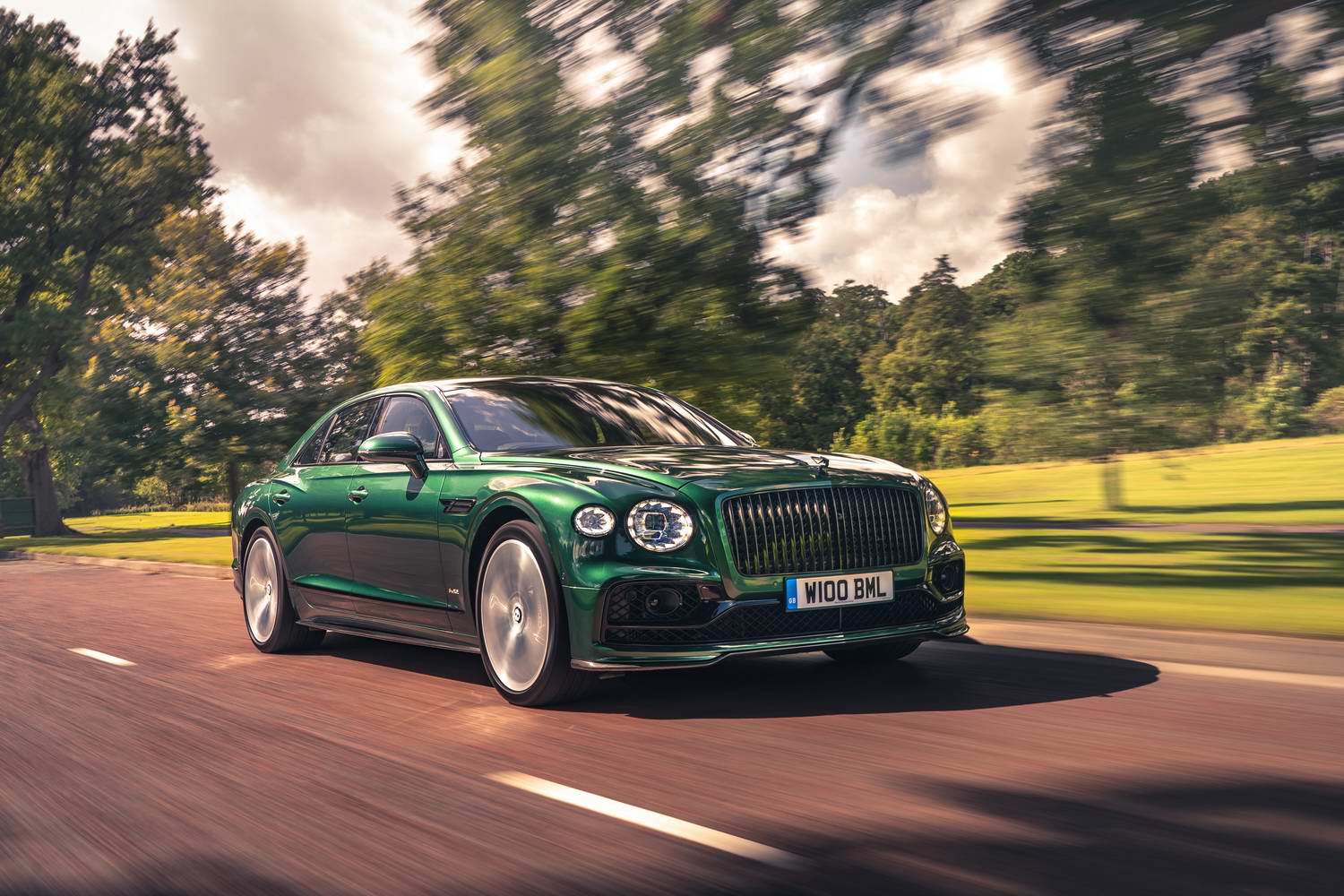 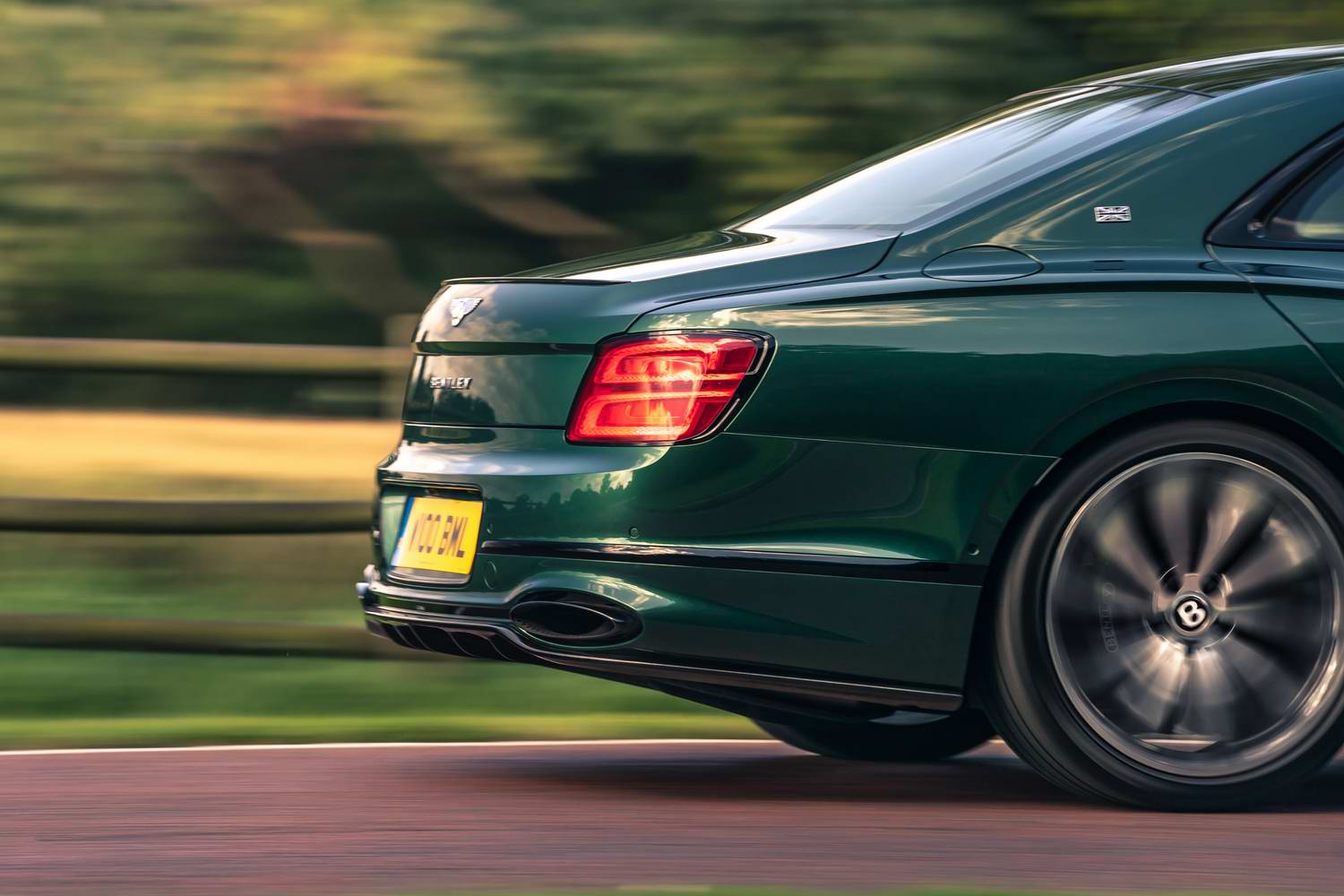 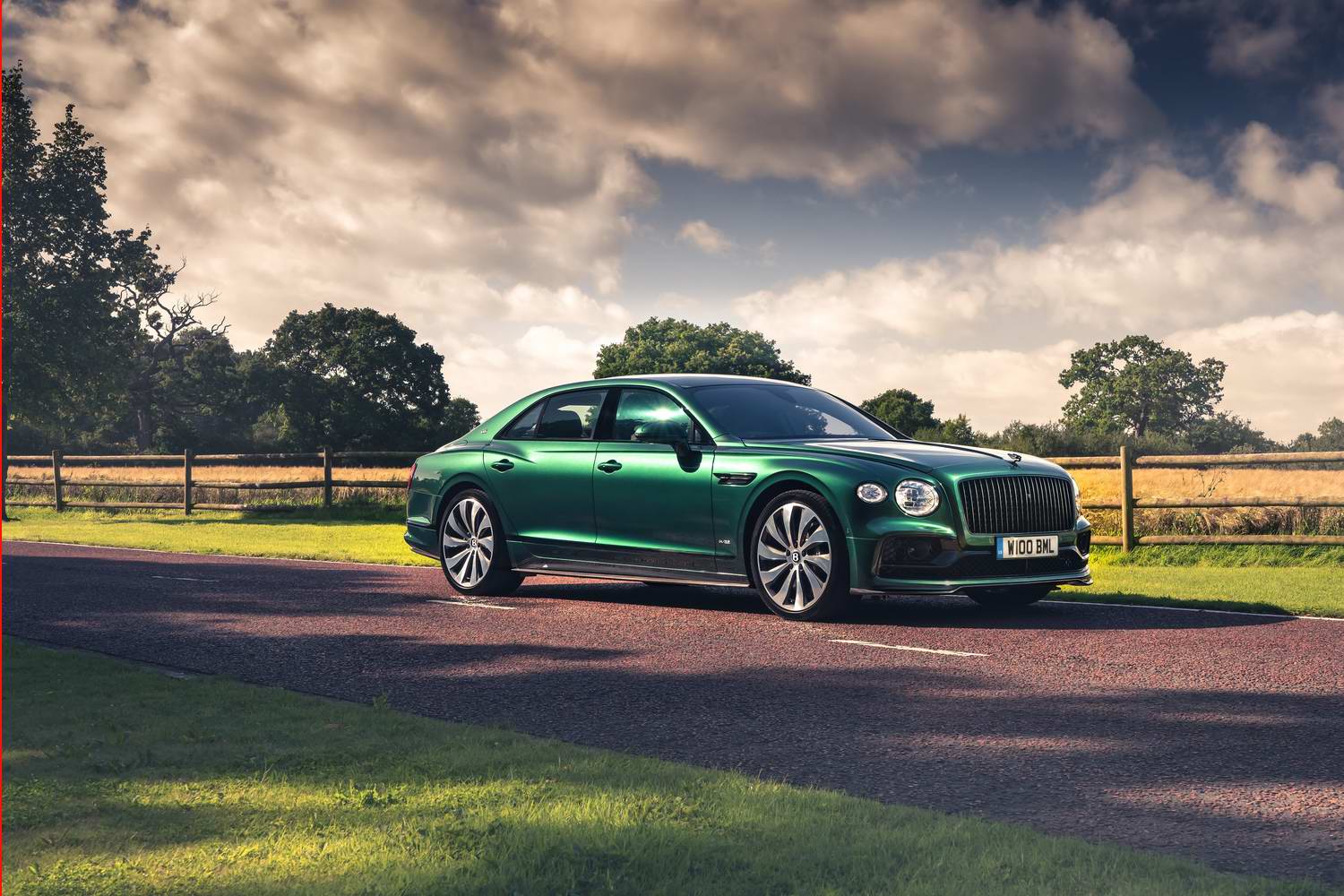 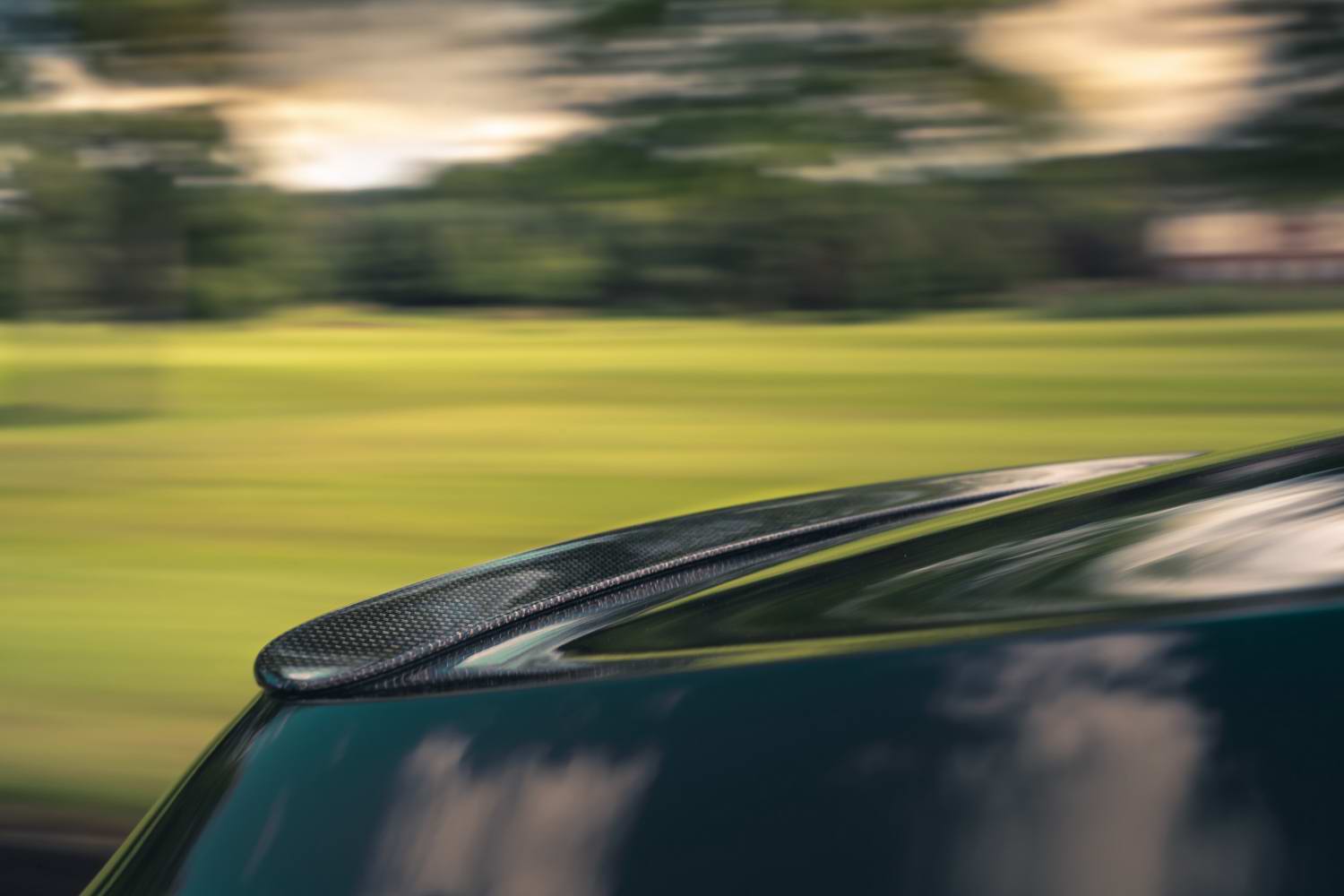 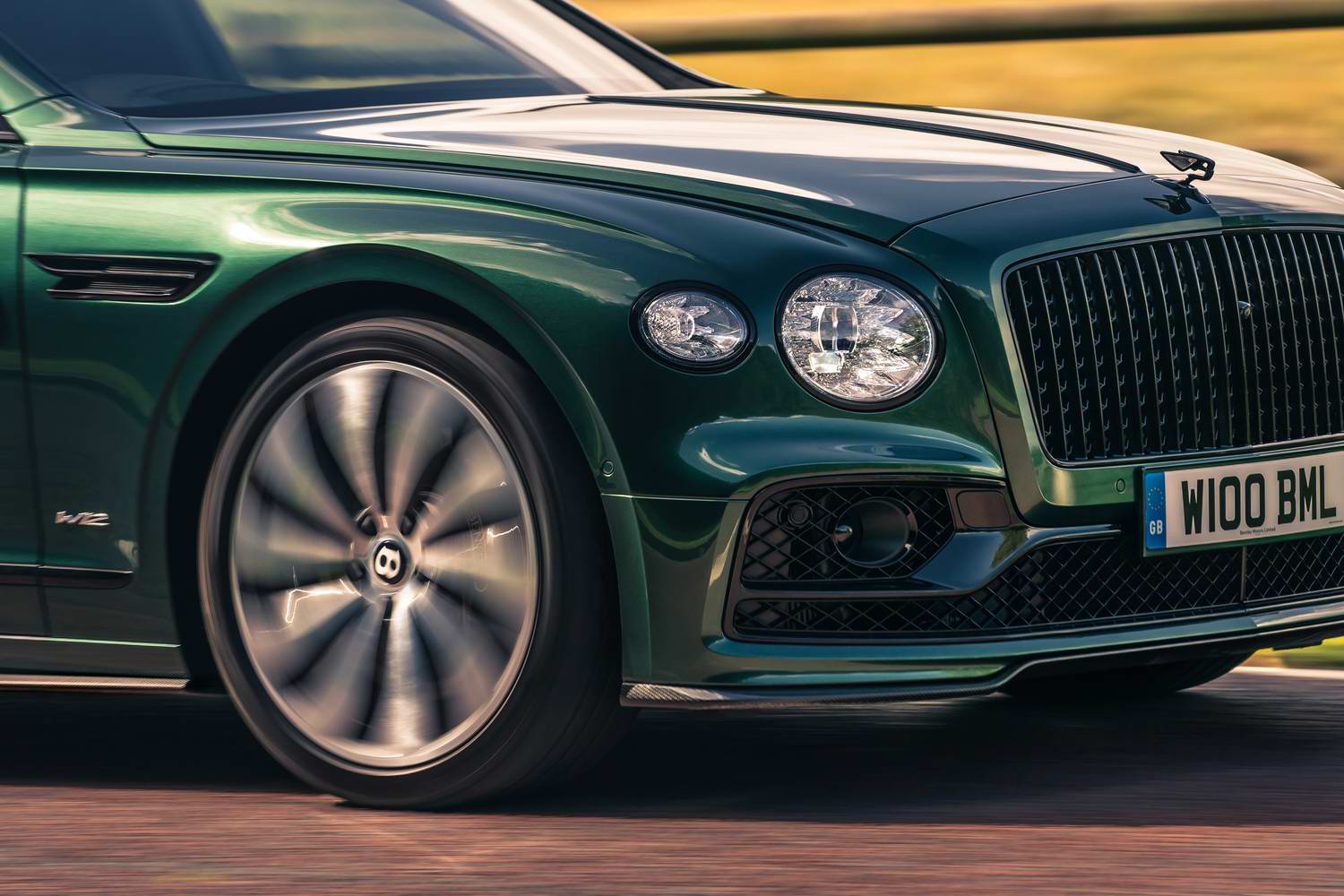 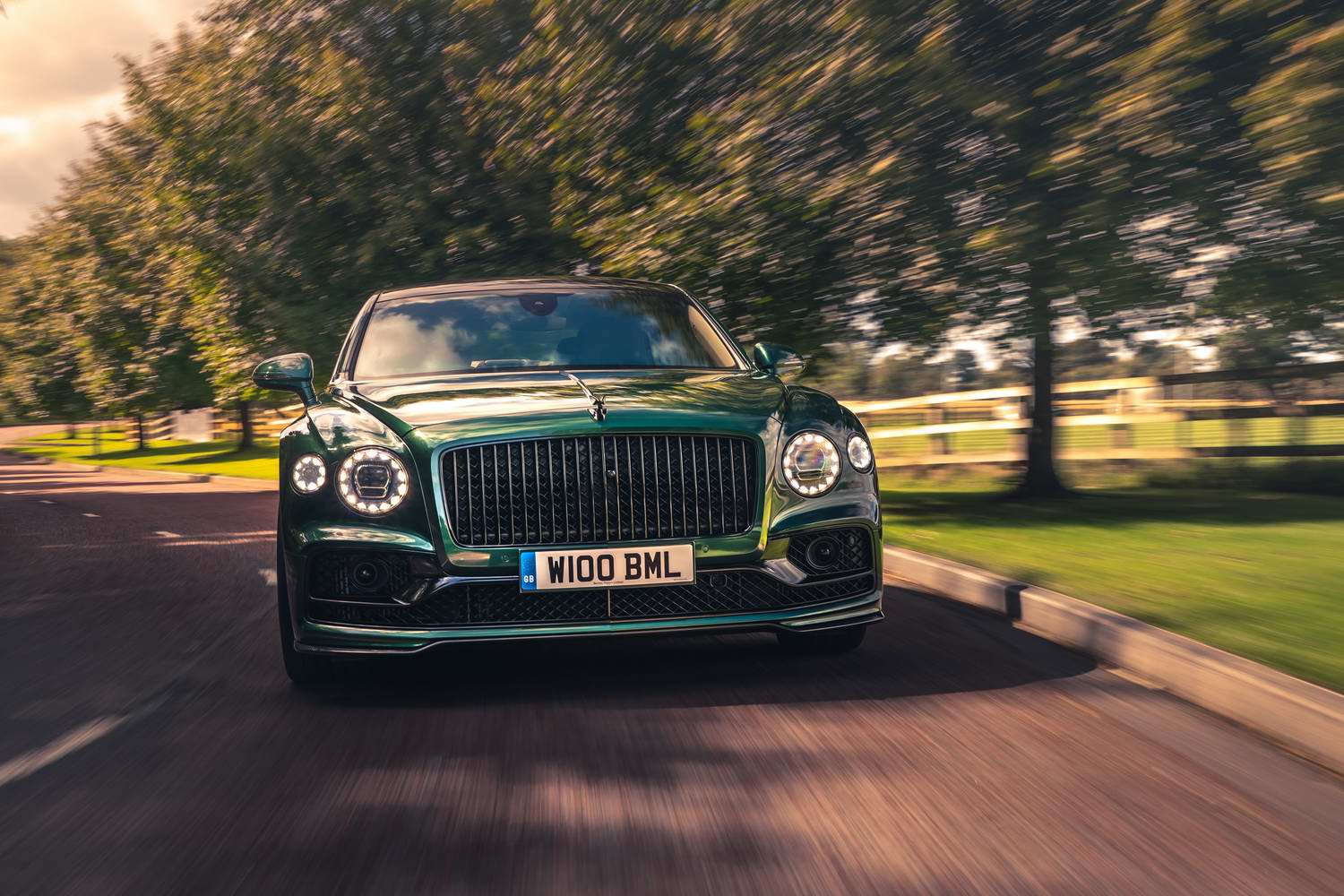 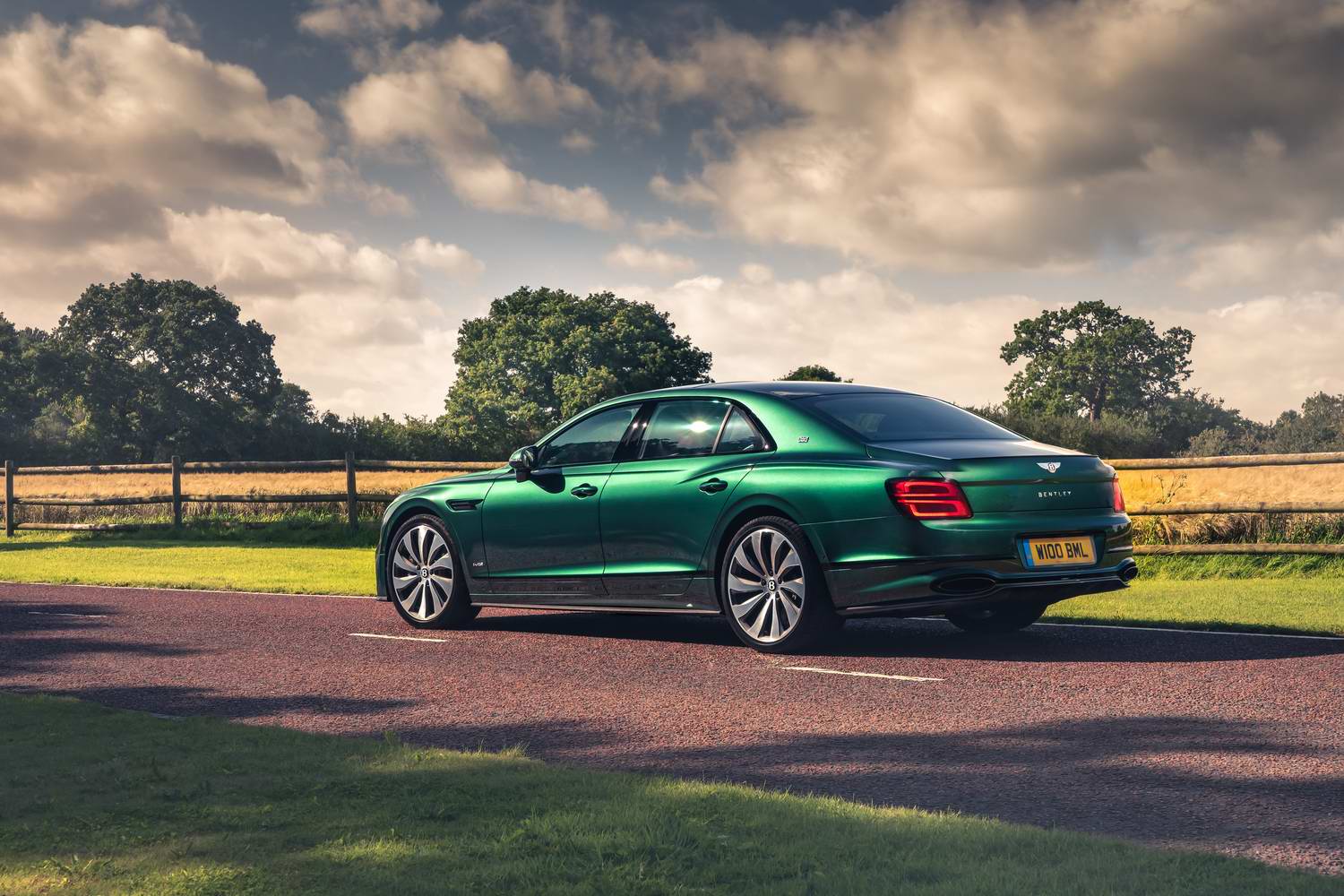 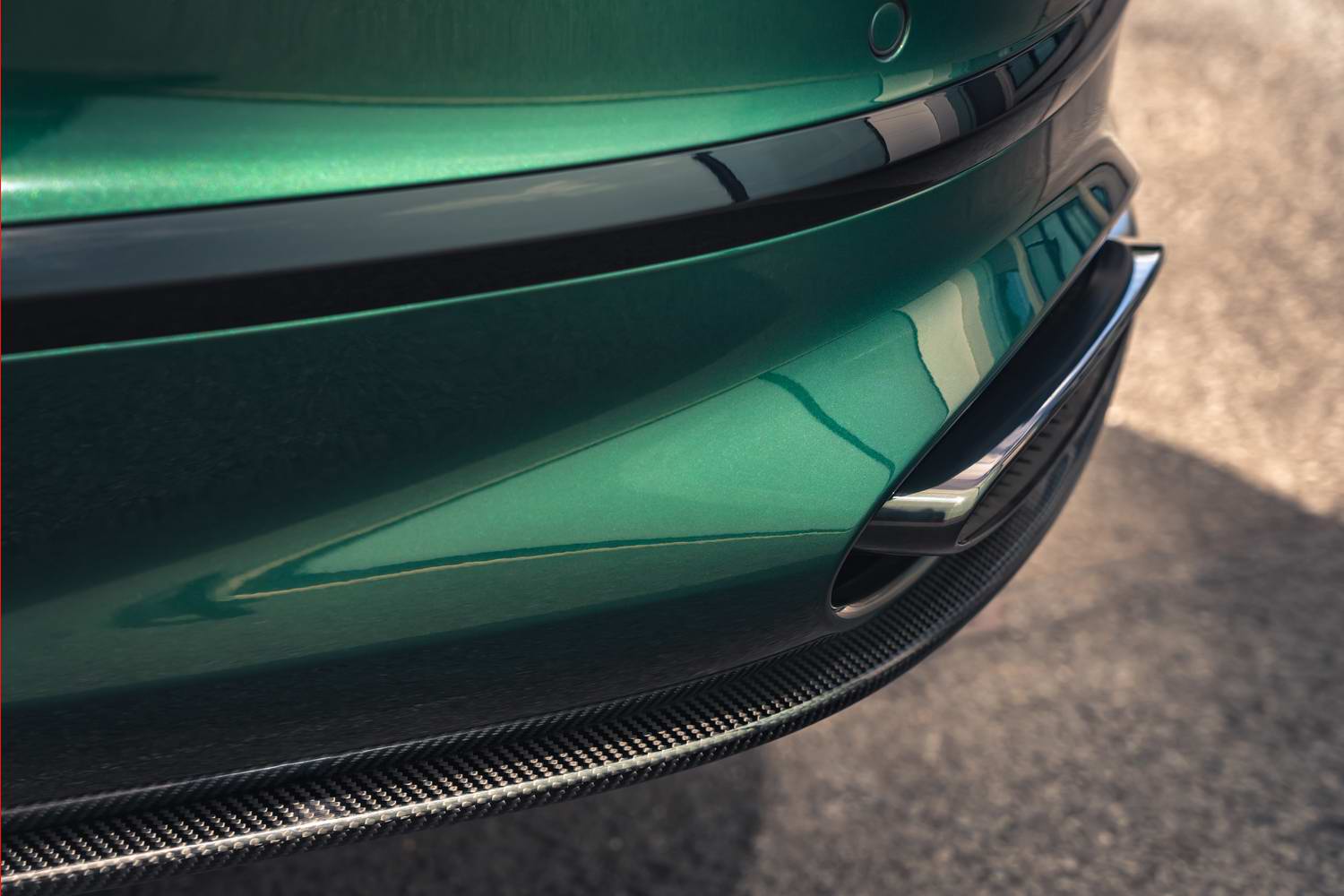 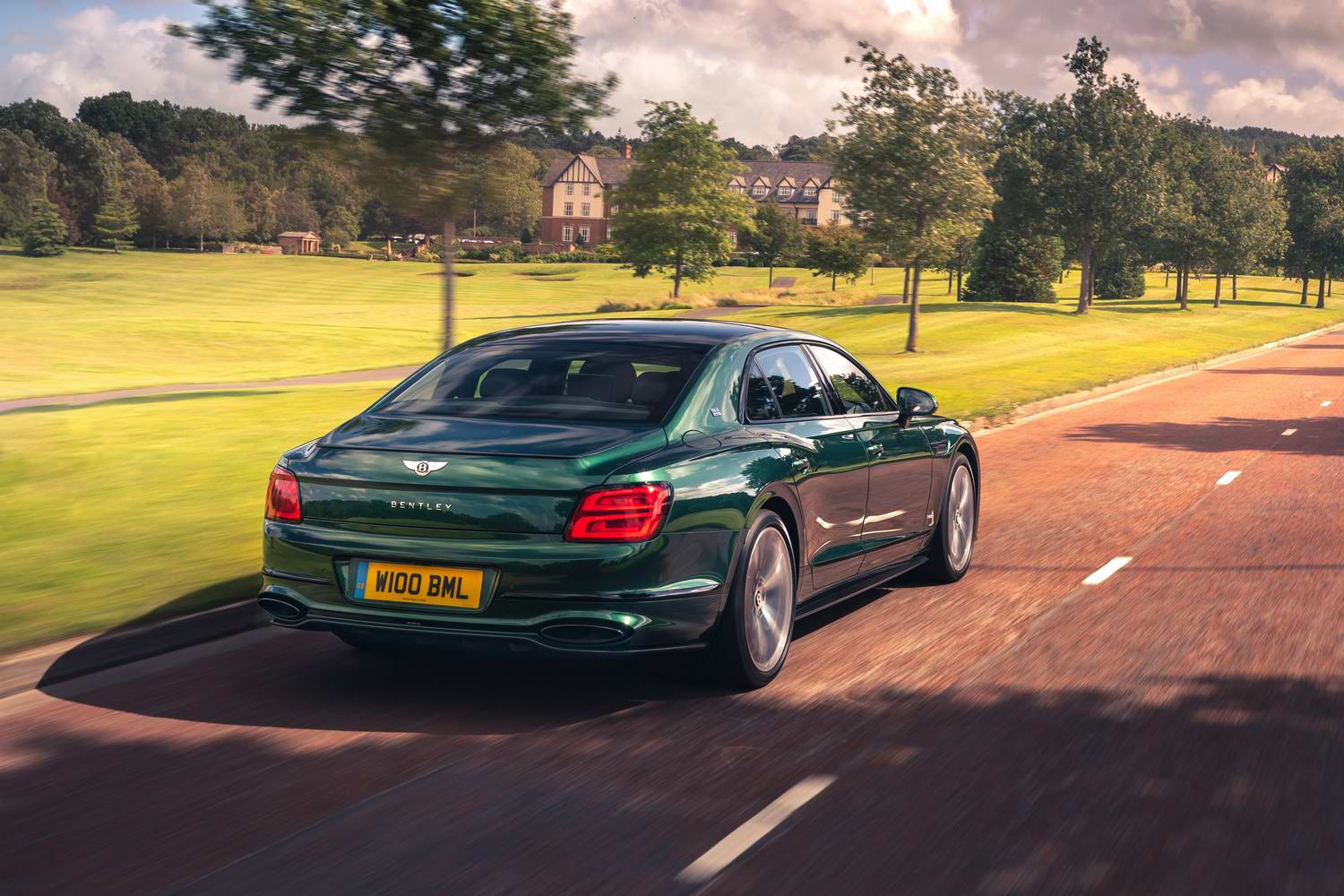 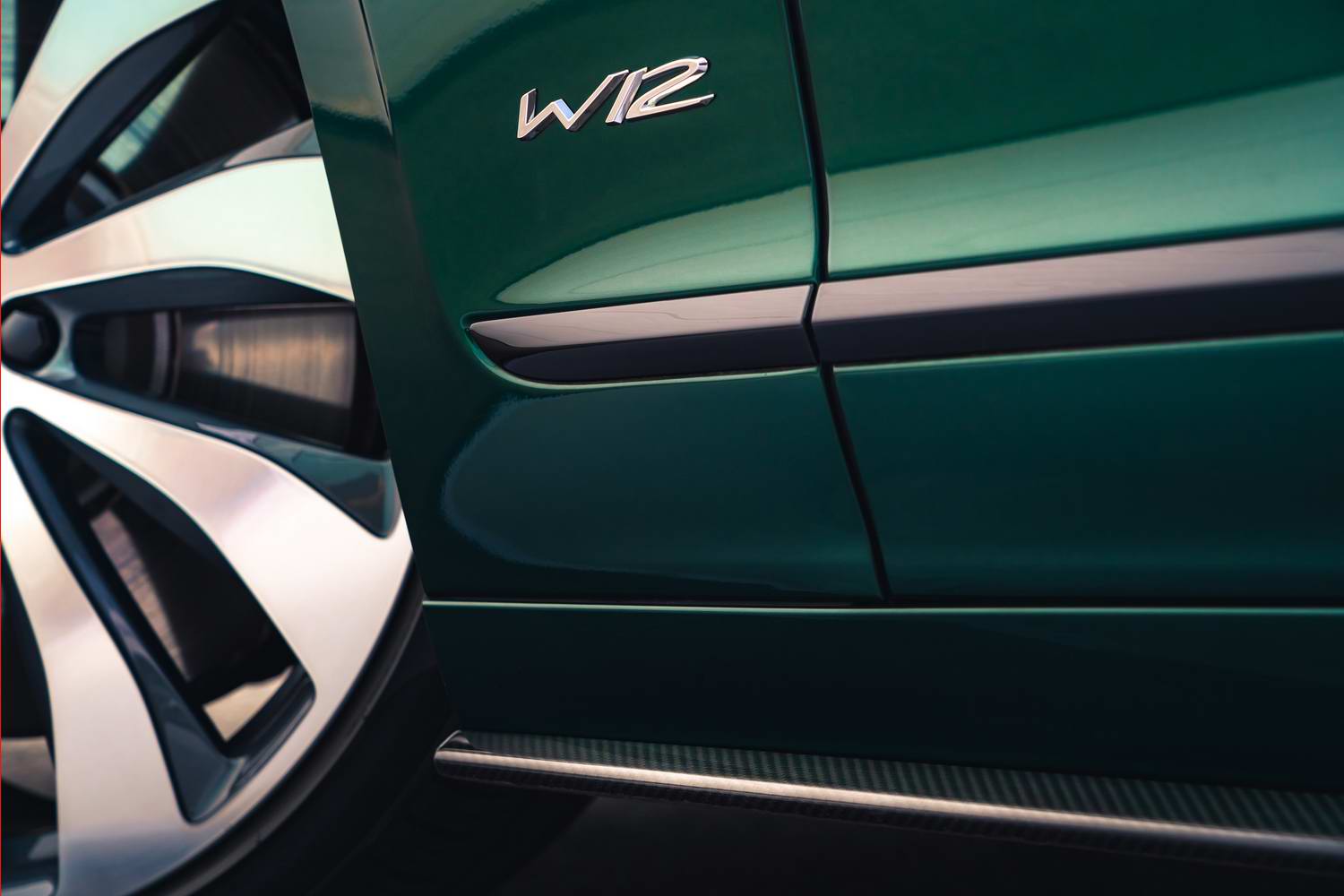 Bentley is giving its big, bluff, four-door Flying Spur saloon a somewhat sportier appearance with the launch of a new 'styling specification.'

Body kit for a posh saloon

Styling specification is clearly Bentley-speak for what we would normally call a bodykit (too vulgar a word for a patrician Bentley?) and it certainly gives the already-imposing Flying Spur a stylistic shot in the arm.

So, what's included in the new 'kit? Well, in its most basic description, it's a carbon-fibre styling package with a front bumper splitter, side skirts with metallic Bentley badges, rear diffuser and boot lid spoiler. Of course, this being a Bentley, things are not quite so simple.

Bentley says that the carbon-fibre pieces are treated in the same way that it would its interior wood veneers, and are "mirror-matched across the centreline of the car for precise visual appeal." The weave of the fibres is a 2x2 twill pattern (so it will match the occupants' finely tailored clothes, we guess...) and the weave on all panels is carefully aligned in the same direction. They don't just slap this stuff on with Pritt-Stick...

On the side-skirts, there's an electroformed Bentley badge, which has been "developed specially for the Styling Specification, to minimise the risk of air bubbles forming in the lacquer overcoat while still providing the eye-catching faceted appearance."

The pack hasn't simply been assessed for its styling impact either. Bentley has put it through a Computational Fluid Dynamics (CFD) aerodynamic inspection, as well as making sure that there's no effect on the car's Noise, Vibration, and Harshness (NVH) measures (heaven forfend...). It's also electrically tested so that it doesn't interfere with the car's parking radar, nor any electronic devices within.

The parts were then tested, physically, in a wind-tunnel, before being put through durability programmes - including overall vehicle tests of 100,000km - to abuse testing such as wading, kerb strikes, and rough roads. Rig testing in Bentley's Quality lab assesses performance through the rigours of vibration, thermal cycling, point loading and impacts.

A bit OTT for a styling pack? Yes, maybe, but then this is for a car with a mighty W12 or V8 engine, active anti-roll control, active 4WD drivetrain, all-wheel steering, three-chamber air suspension, and continuous damping control. So, y'know, what did you expect?