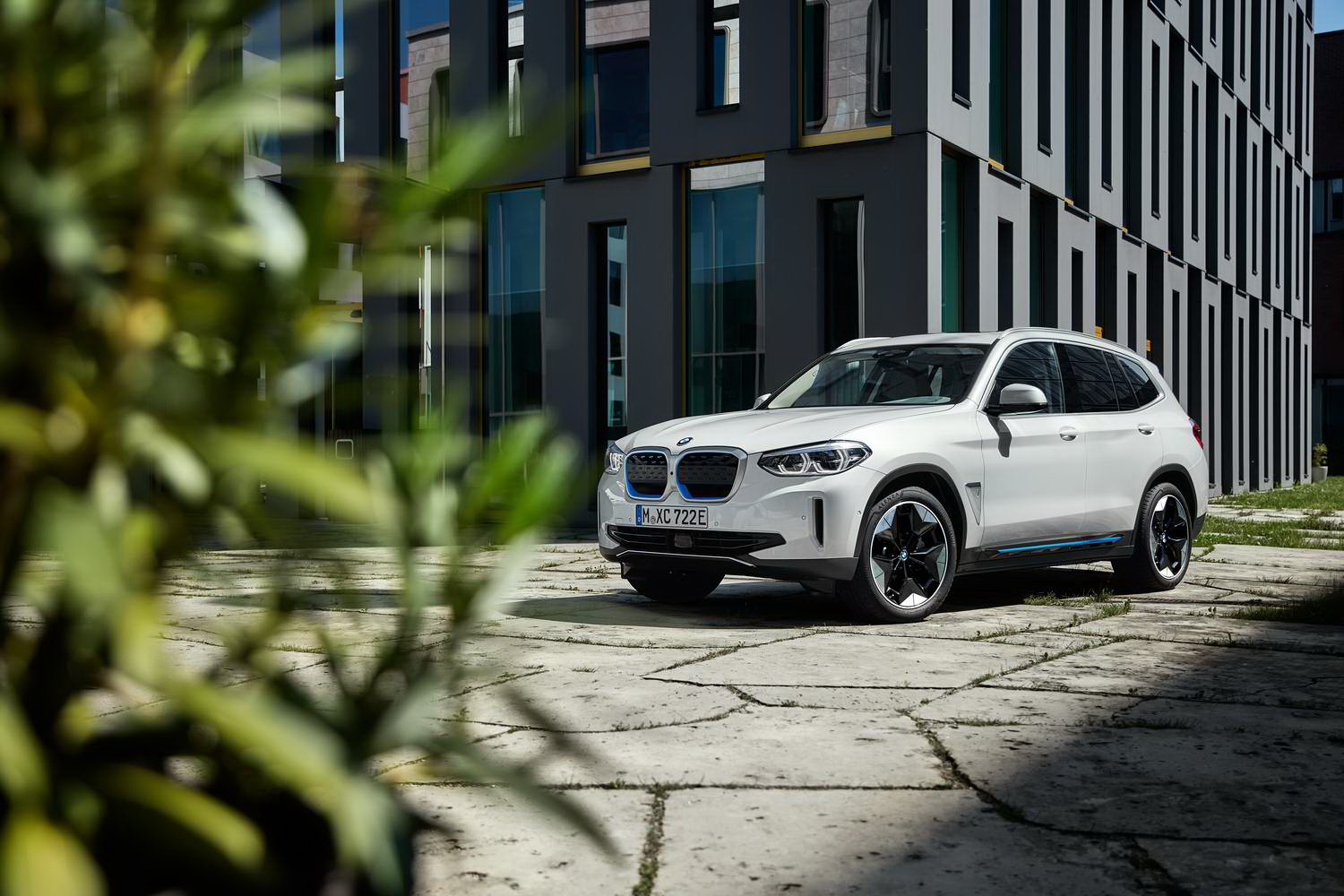 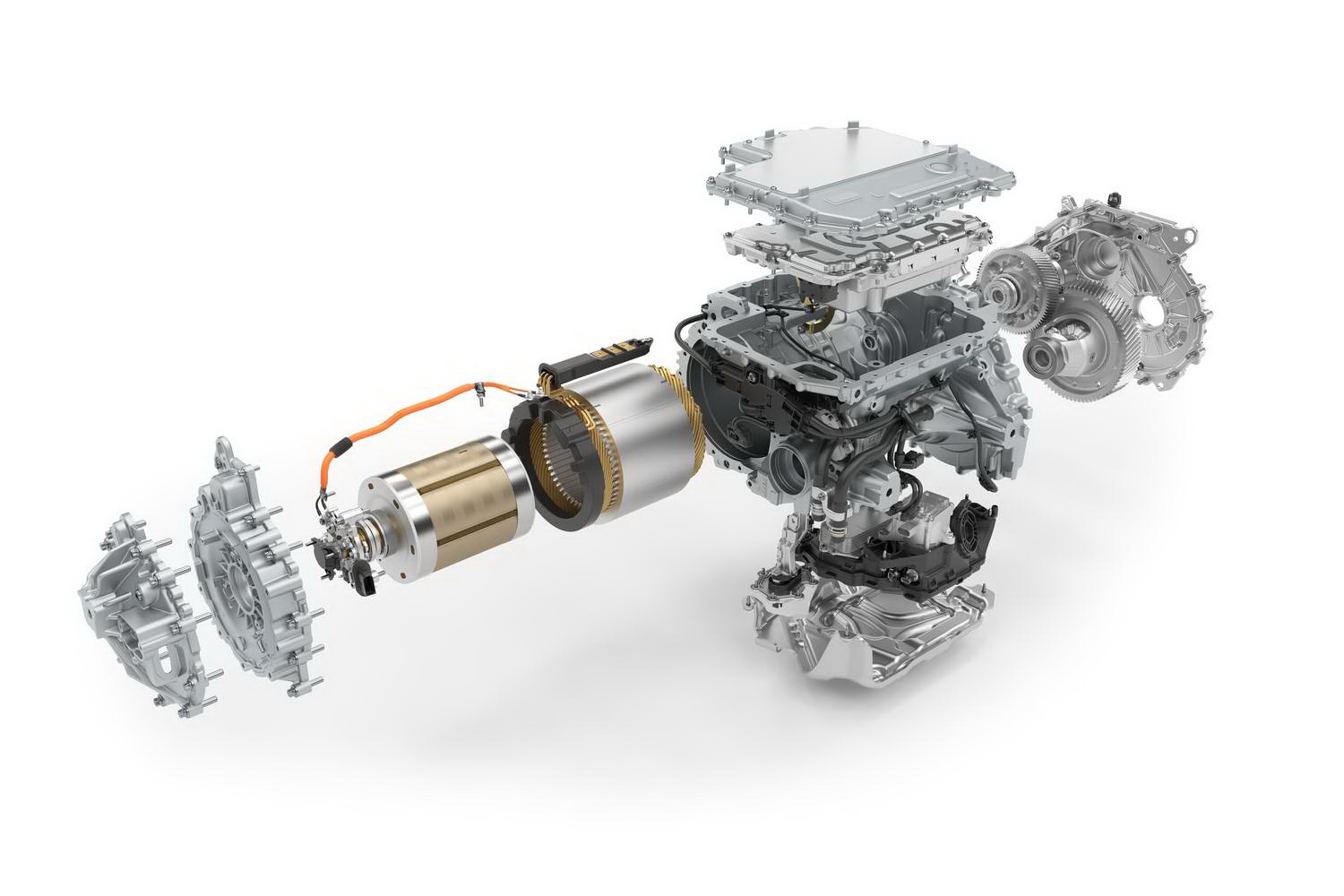 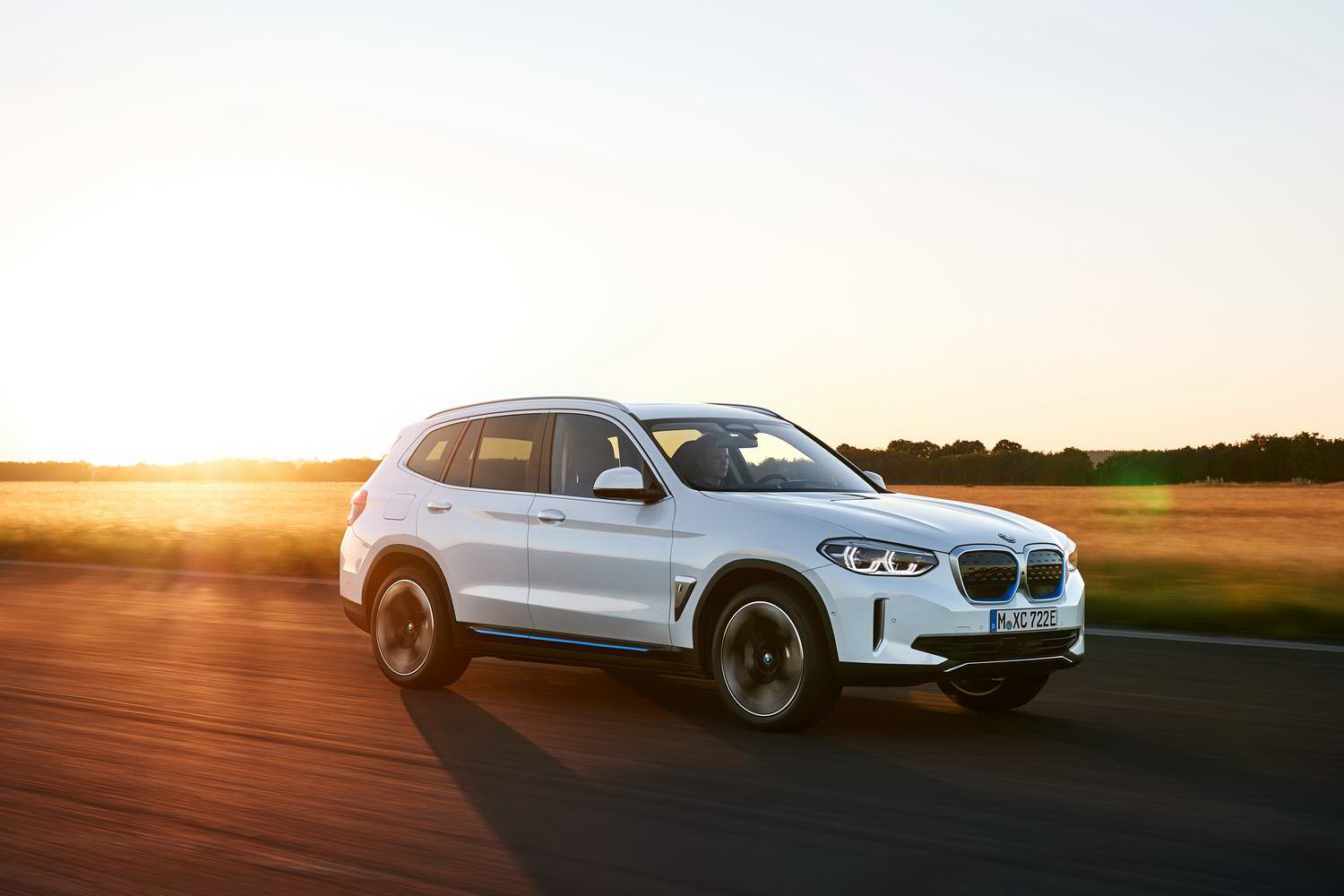 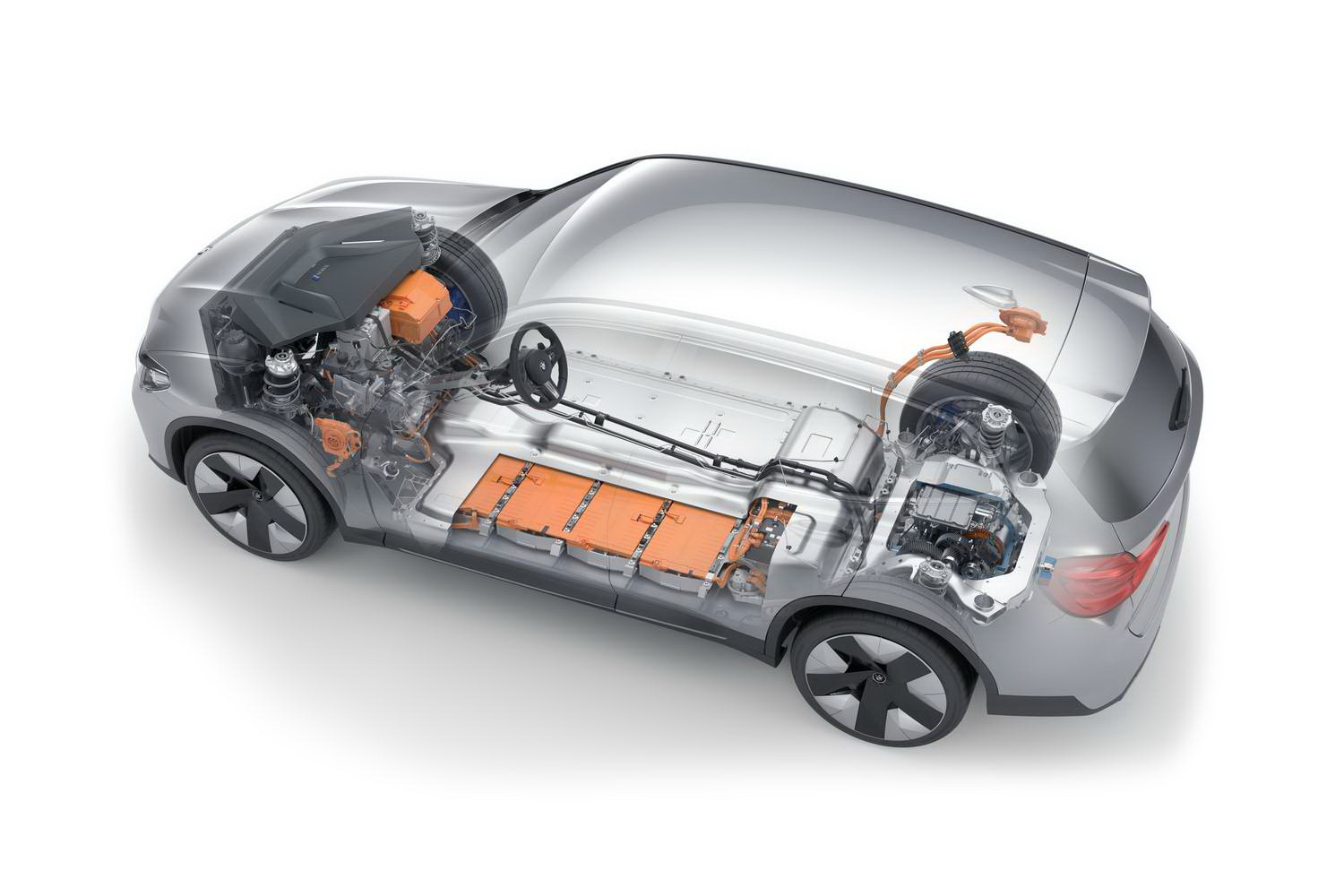 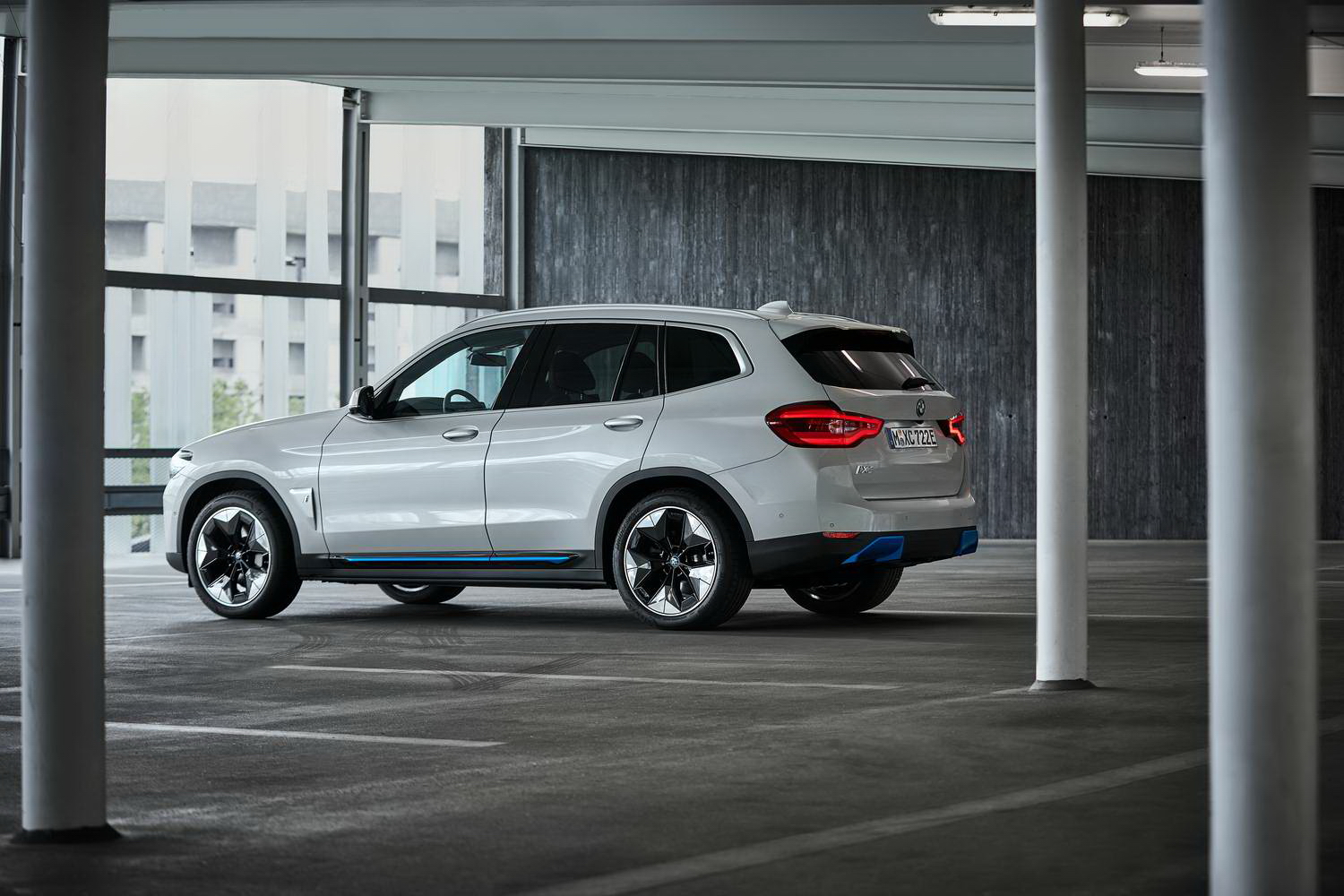 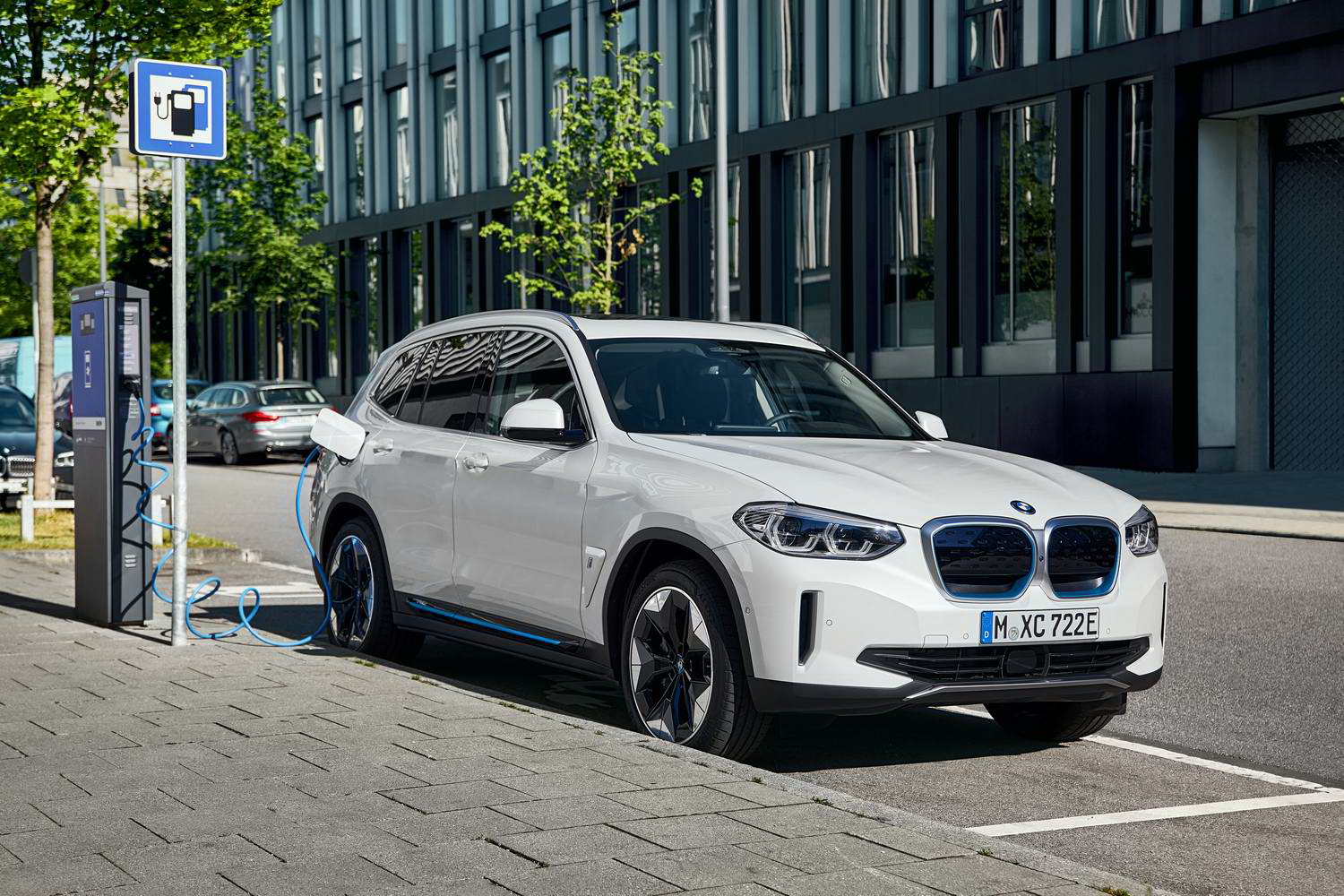 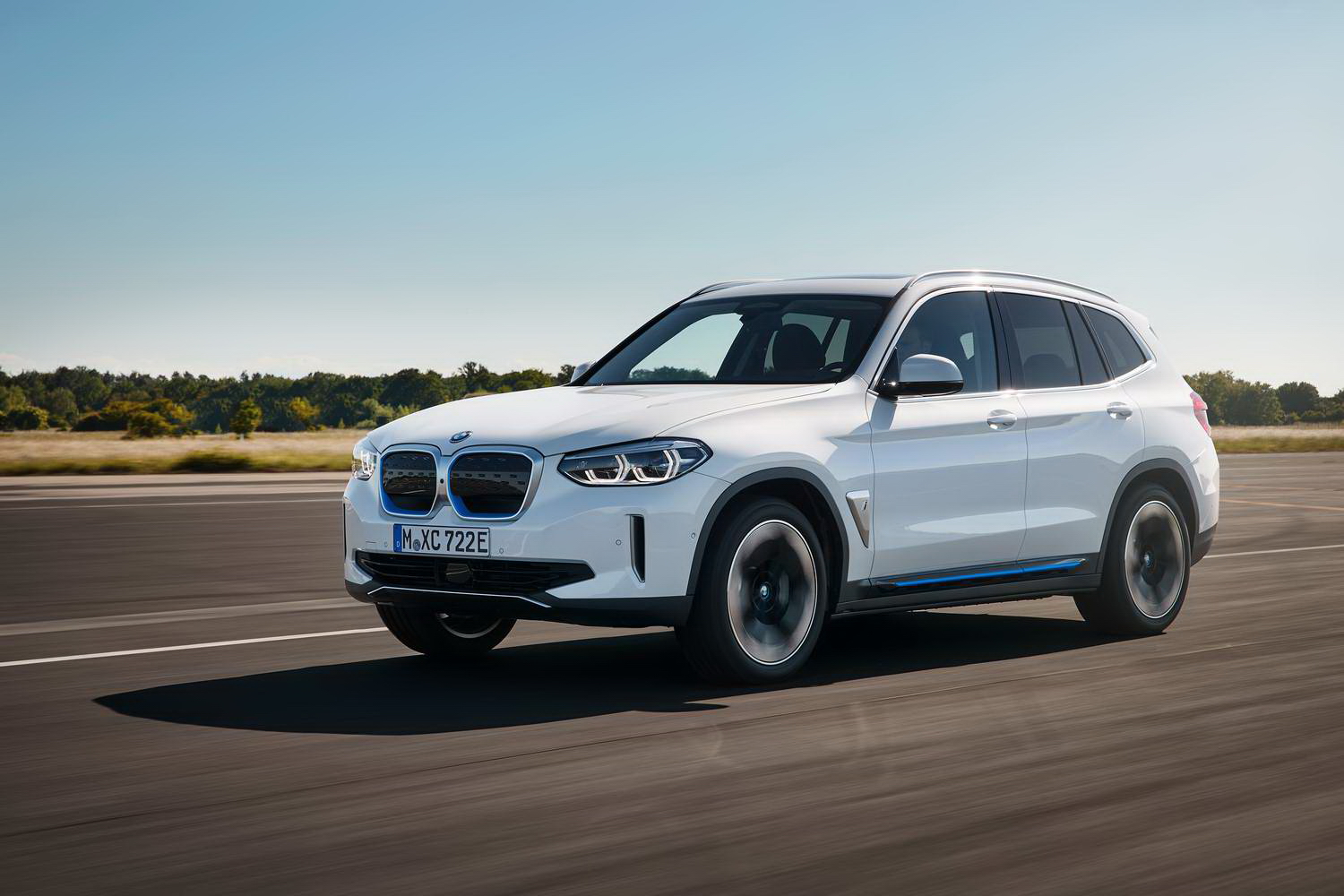 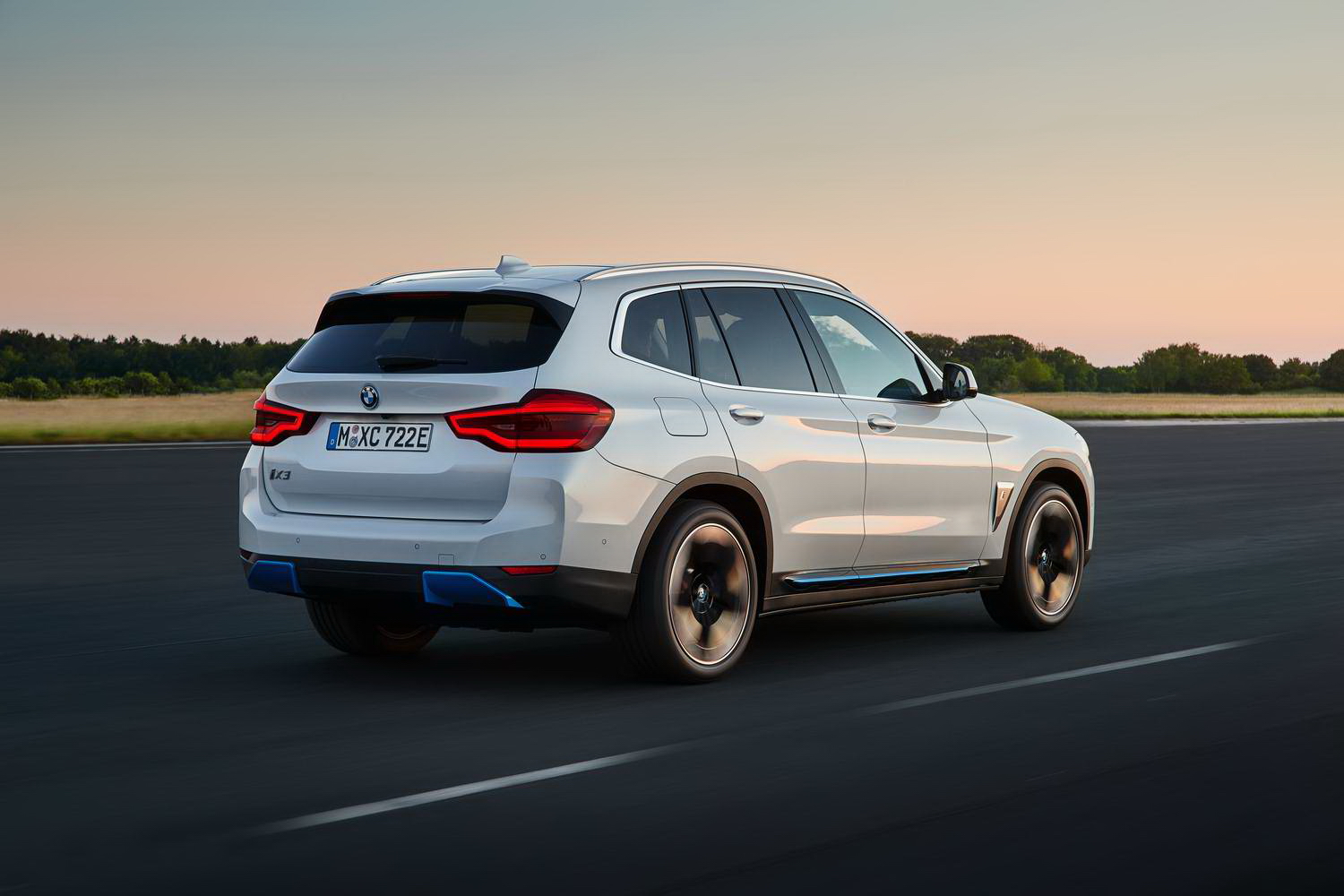 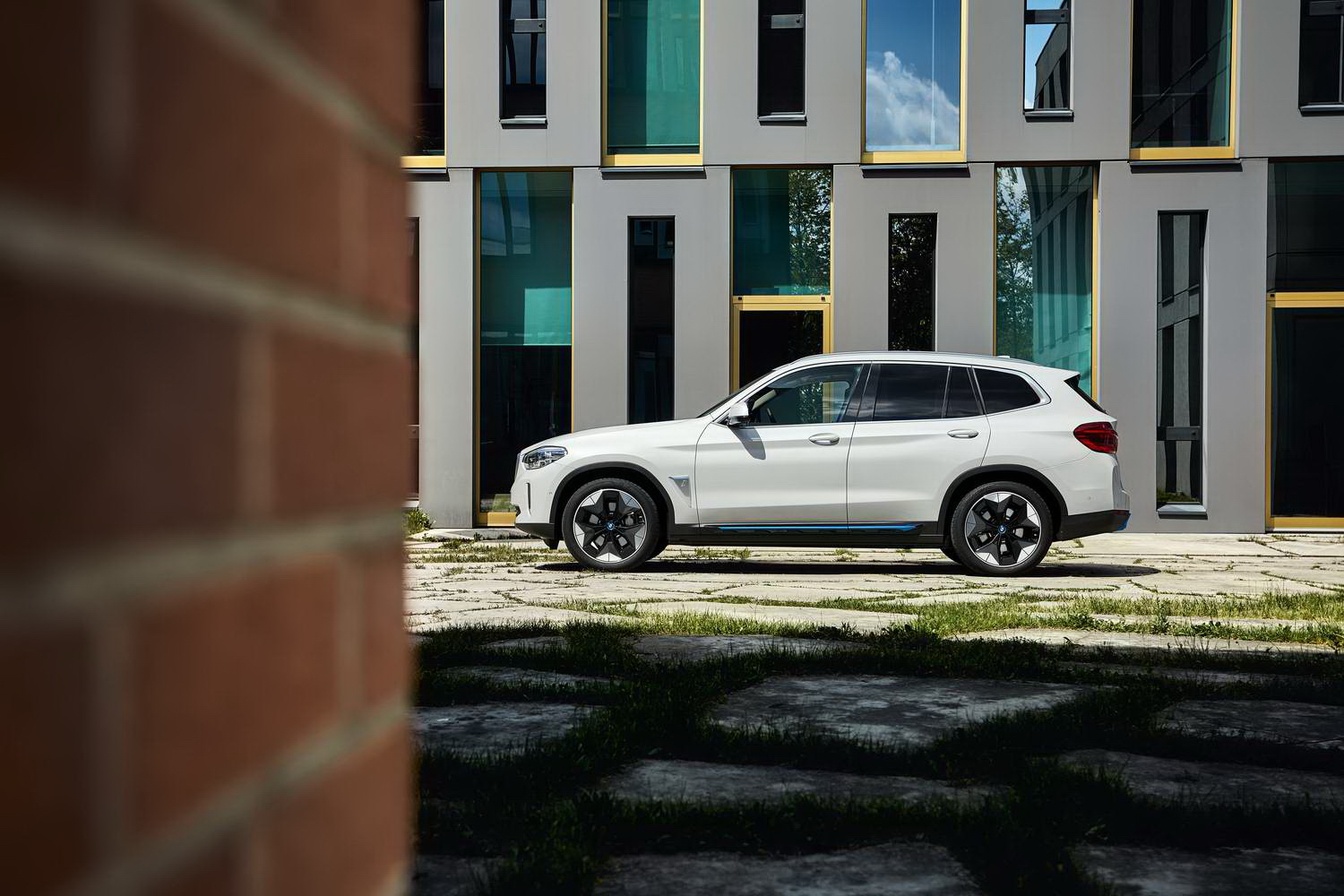 The new electric version of the BMW X3 goes up to 460km on a charge.

Today is our first official look at the showroom-ready BMW iX3, the all-electric variant of the BMW X3 SUV. It marks the arrival of BMW's fifth-generation electric system, which is heralded by the German company as a major step forward in terms of packaging and efficiency. On the WLTP regime, the iX3 is said to travel up to 460 kilometres on a full charge of its battery pack, while the launch of the iX3 means that the BMW X3 becomes the first model in the range with petrol, diesel, plug-in hybrid, or fully electric propulsion. The iX3 hits the Irish market in summer 2021.

The battery pack of the iX3 is positioned in the floor of the car, between the front and rear axles. BMW cites a gross energy content of 80kWh. On board is what BMW calls the Combined Charging Unit (CCU), which allows single-phase charging at up to 7.4kW and three-phase charging at up to 11kW, with DC fast-charging up to 150kW. The latter allows for a 34-minute 0-80 per cent charge, or, according to BMW, 100 kilometres of driving for 10 minutes fast-charging. There's a combined CCS AC/DC charging socket behind the otherwise normal looking 'fuel flap' on the right-hand side of the iX3.

To maximise efficiency, the iX3 gets an adaptive and adjustable brake energy regeneration system. In the default drive mode, the energy recuperation level is automatically altered by the car, depending on the driving situation and data from the connected satnav system. In the 'B' setting, it's pretty much one-pedal driving, while the driver may also choose high, medium, or low brake energy regeneration from the iDrive infotainment system.

Somewhat surprisingly, the iX3 does not send its power to all four wheels - it's rear-drive only. Peak power from the new motor is 210kW - or 286hp - while maximum torque of 400Nm is produced from rest. BMW quotes a 0-100km/h time of 6.8 seconds and a limited top speed of 180km/h. Drivers can choose from Sport, Comfort and Eco driving modes and the iX3 uses the advanced 'near-actuator wheel slip limitation' traction control system that debuted on the BMW i3s. Adaptive damping is standard, and owners will have the option to upgrade to Adaptive M suspension with an 'over-the-air' update at a later stage.

The iX3 is quite easy to spot thanks to its smooth new bumpers, blanked off radiator grille, blue BMW i accents and its special 19-inch alloy wheels. BMW is particularly proud of the latter, which feature inserts shaped to interface with the airflow from the 'Air Curtains' (those vertical slots in the front bumper that channel air around the wheels). They are credited with reducing the drag coefficient of the iX3 by five per cent, which translates into 10km extra range on the WLTP test cycle. There are also 20-inch wheels offered, though no word yet on how they will affect the iX3's efficiency. The interior of the iX3 gets plenty of bespoke flourishes, too, though the rear seat back splits and folds as normal, and the boot holds from 510 litres (the X3 xDrive20d holds 550 litres) to 1,560 litres with the rear backrests folded away. Buyers can optionally add a tow bar and the iX3 has a maximum trailer load of 750kg.

BMW Ireland has confirmed that it will exclusively market a 'Premier edition' of the iX3, which we know little about at this stage. More details on that, and Irish market pricing for the new electric X3, will be released this autumn.