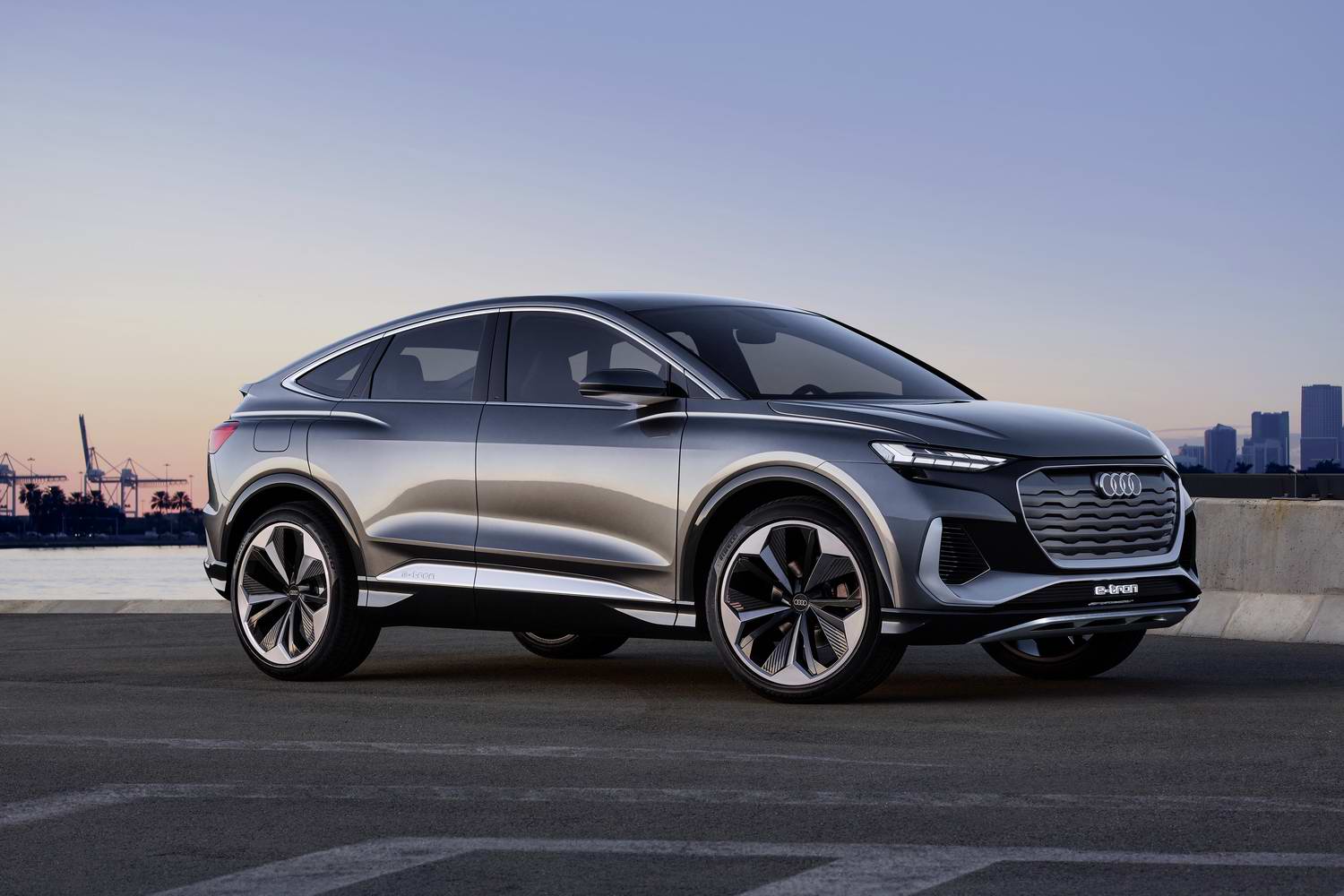 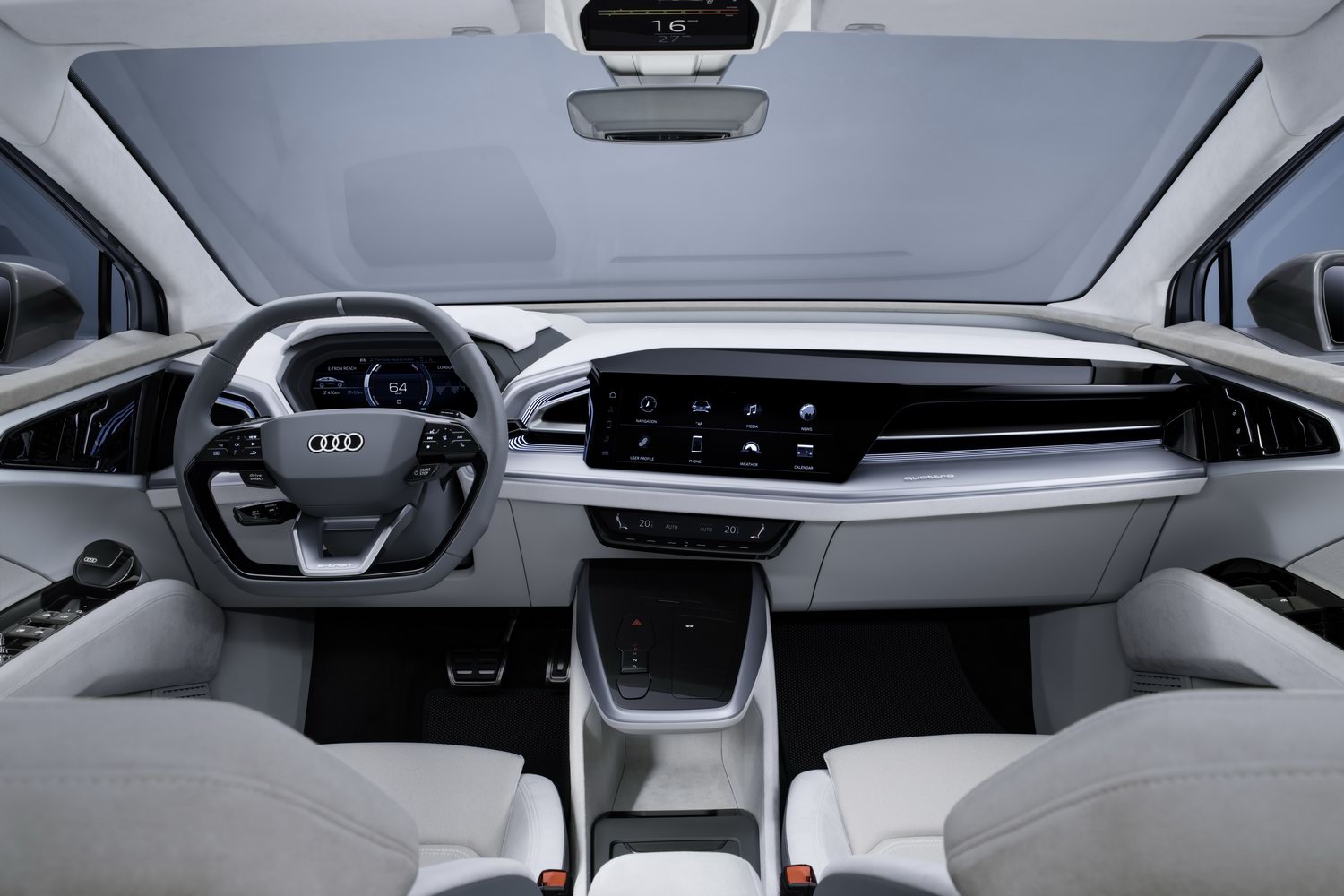 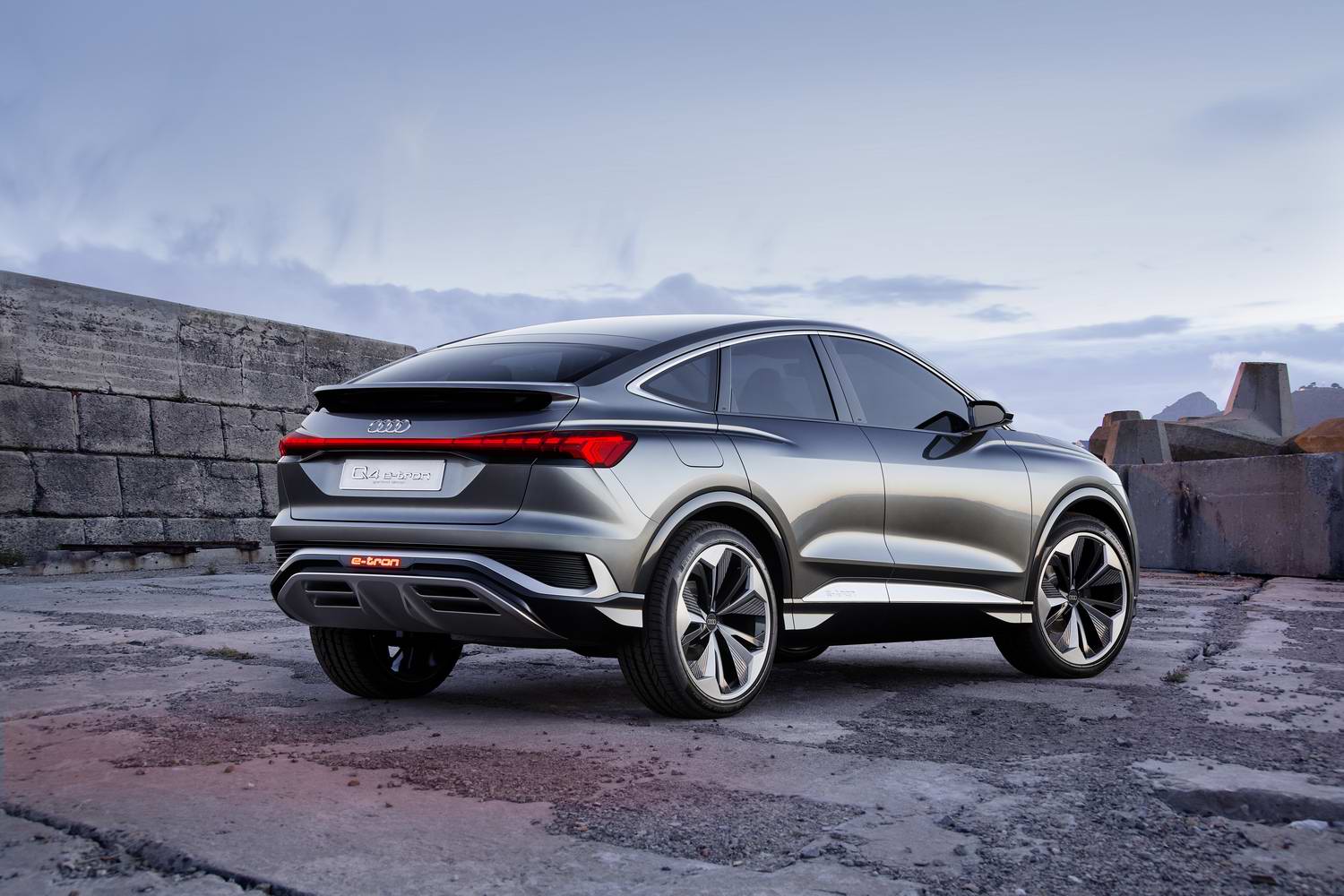 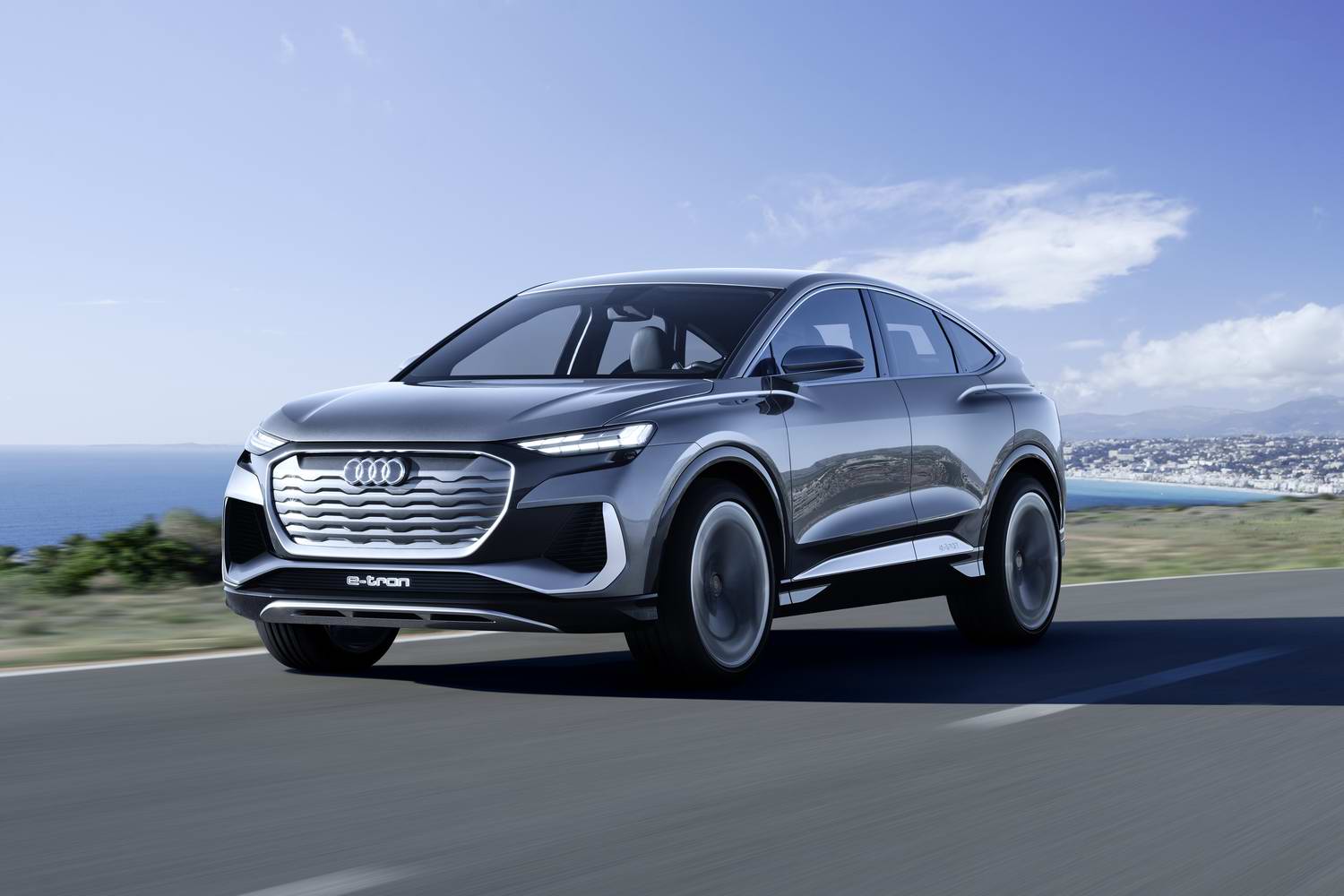 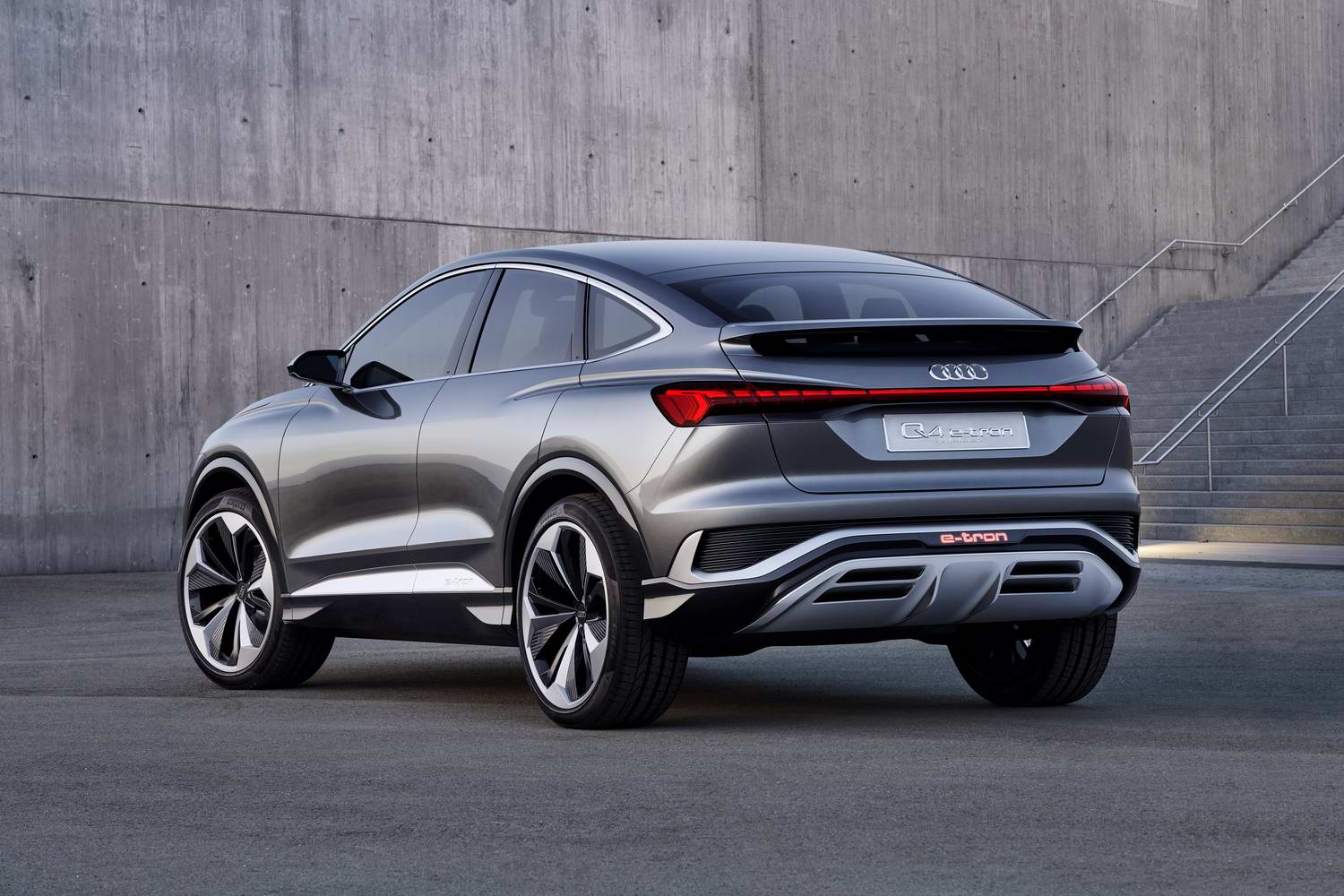 The Audi Q4 e-tron, a new all-electric SUV from the German company, has been confirmed for production in 2021, which is no surprise, as the concept version was revealed to the public at the 2019 Geneva Motor Show. However, today Audi reveals another Q4 concept, this time previewing an 'SUV-coupe' body style, set to be called the Q4 e-tron Sportback.

Audi Q4-sized hole in the range?

And while the Q4 name clearly puts the new SUV between the Audi Q3 and Q5 in the line-up, its exterior dimensions put it closer to the latter. The Sportback is all-but-identical, dimensionally, to its SUV sibling, and both are built on the Volkswagen Group MEB platform, which was specifically developed for electric vehicles, and underpins other cars such as the forthcoming Skoda Enyaq. Style-wise, the Sportback gets the expected sloping rear end, while sharing its design language with the regular Audi Q4 e-tron. That means plenty of nods to the current Audi e-tron, which sits further up the range.

The Q4 e-tron and the Sportback are set to use the same powertrain. When fitted with two electric motors (one on each axle), there's up to 225kW (306hp) and 460Nm of torque on tap, via four-wheel drive. So-equipped, the Audi Q4 does 0-100km/h in 6.3 seconds and is limited to 180km/h. A large battery pack fits between the axles, with an energy capacity of 82kWh and 125kW recharging capability. That, says Audi, is good for a WLTP-ratified range of 450km between charges. Notably, there will be a rear-wheel-drive version of the Q4 twins offered, too, which extends the range to over 500km. That variant's performance stats have yet to be released, but it is assumed that both use the same 150kW (204hp)/310Nm motor on the rear.

Of course, the vehicle you see in our images here don't show the production model in its entirety. It rides on 22-inch wheels, for a start. Nonetheless, that, and the no doubt heinously expensive paintjob, aside, we reckon the Q4 e-tron Sportback concept is remarkably close to reality. It doesn't even get the e-tron's optional door cameras, while the cabin feels like a slightly more modern and only vaguely futuristic take on the current Audi design language and interface.

Intriguingly, Audi says that the Q4 e-tron Sportback will be its seventh electric car when it arrives next year. The first two are the e-tron and the e-tron Sportback, though it's possible that Audi is counting the S variants of those as two additional vehicles. Naturally, the regular Q4 e-tron will be in the mix, leaving one more, presumably the production version of the gorgeous e-tron GT concept. That's not the end of the electric onslaught from Audi, however, as it states that more than 20 all-electric cars will be launched by 2025, targeting roughly 40 per cent of its sales and including estates and hatchbacks.