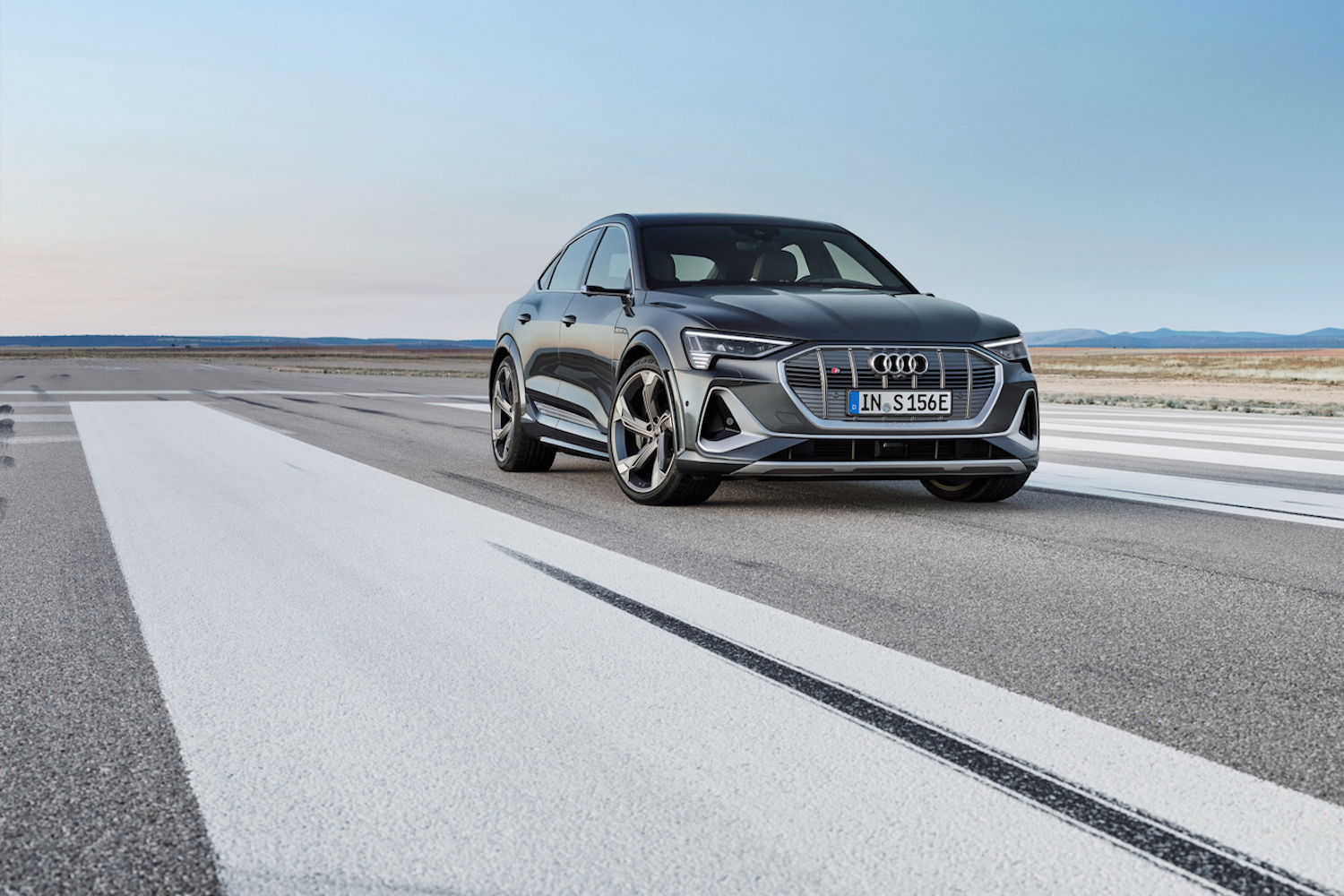 Audi Ireland has confirmed that its hot new S versions of the e-tron electric SUV will arrive on these shores in the autumn, with Irish prices and specs still to be decided.

Two electric motors at the rear

The S versions of both the e-tron and the e-tron Sportback (which uses a sleeker, fastback, body) get an extra electric motor, so now there is one motor for the front wheels and one each for the rears. This layout not only gives the e-tron S more power, it also means that power can be torque-vectored to the individual wheels at the back for improved handling and agility. In fact, with no mechanical differential doing the work and with each rear motor working directly on the wheel that it powers, Audi says that: "Regulation takes just milliseconds and can manage very high drive torque."

With that extra motor, the e-tron S now has a full 503hp at its disposal (albeit that's in 'Boost' mode, which can only operate for eight seconds at a time) along with a colossal 973Nm of torque. That's enough to electrically annihilate the 0-100km/h sprint in 4.5 seconds.

Both e-tron S and e-tron Sportback S use the same 95kWh battery pack and claim a range of between 360km and 365km on the WLTP cycle.

Obviously, the two cars are effectively designed around the 'Dynamic' mode of the Audi Drive Select system and the company claims that they're at their most satisfying on "curvy roads." While the e-tron S enjoys the same low centre of gravity thanks to the battery being mounted under the floor, as you'd find in the standard model, there is some S-specific chassis tuning and there's progressive steering, too. 20-inch wheels are standard, with massive 285-section tyres.

A great deal of attention has been paid to the cars' aero packages, which include optional rear-view cameras instead of conventional door mirrors, and switchable front air intakes for brake cooling that close up, to improve wind resistance, when not needed. The two versions of the e-tron S have very low drag coefficients, of between 0.26cd and 0.28cd.

To help keep the range up, the cars' heating system uses a highly efficient heat pump, which Audi says actually extends the overall one-charge range by as much as ten per cent. There are also clever regenerative brakes, which can slow the e-tron S at up to 0.3-G without using the mechanical brakes, and which can regenerate as much as 270kW of energy at peak when decelerating from 100km/h.

On the outside, you'll spot an e-tron S thanks to re-profiled, more muscular bumpers, and a new rear diffuser, which stretches across the entire width of the car. The big wheelarches are also 23mm wider than standard.