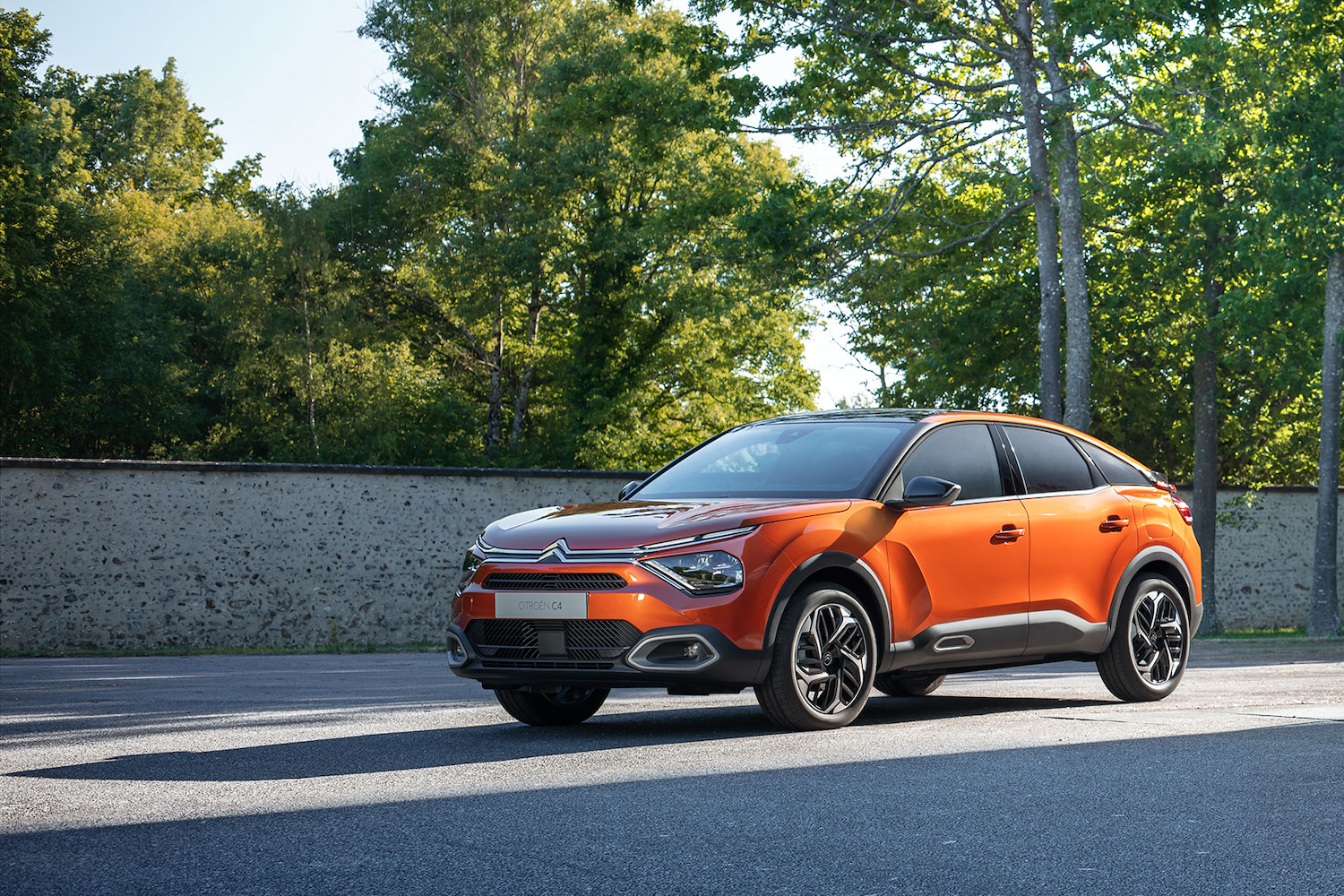 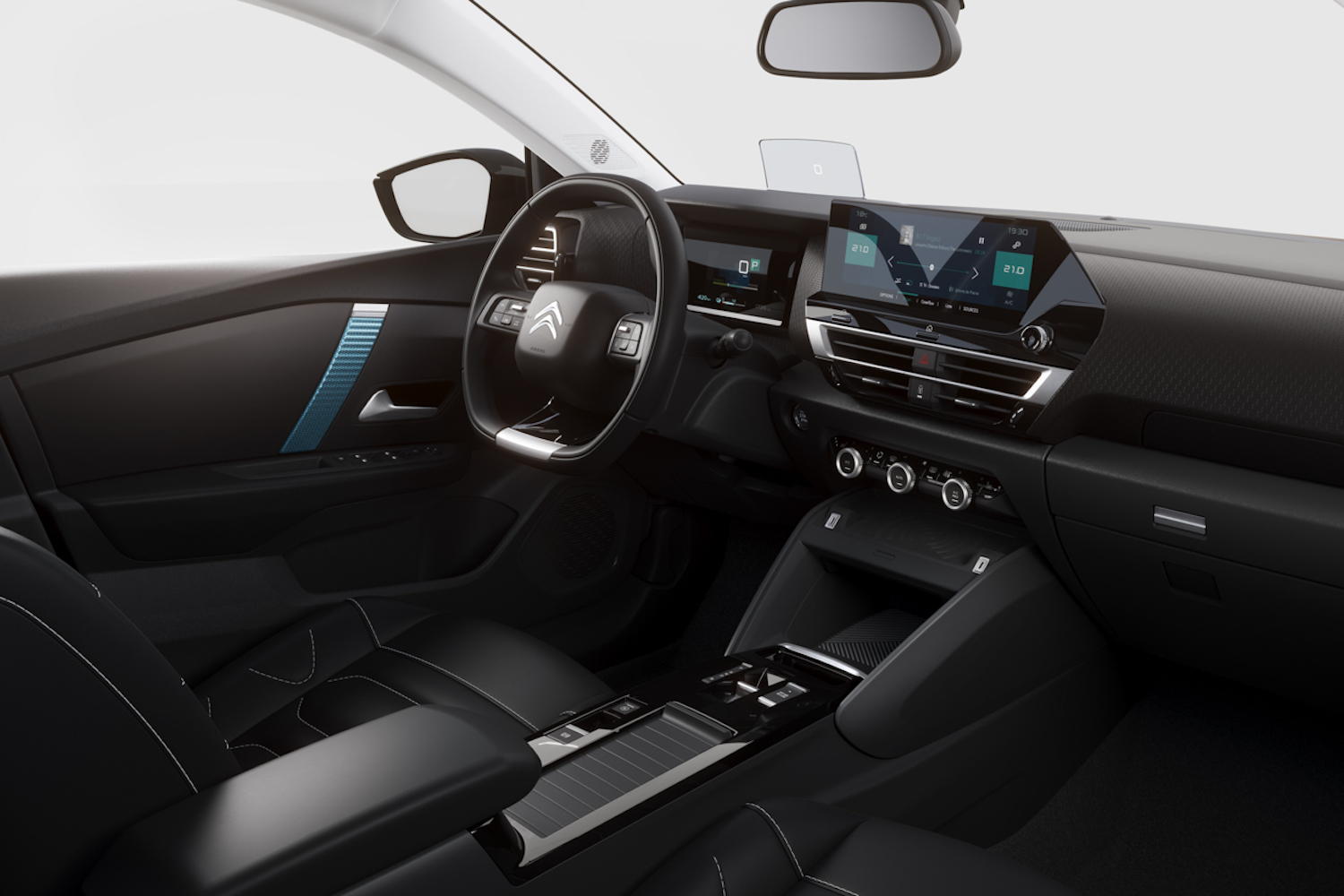 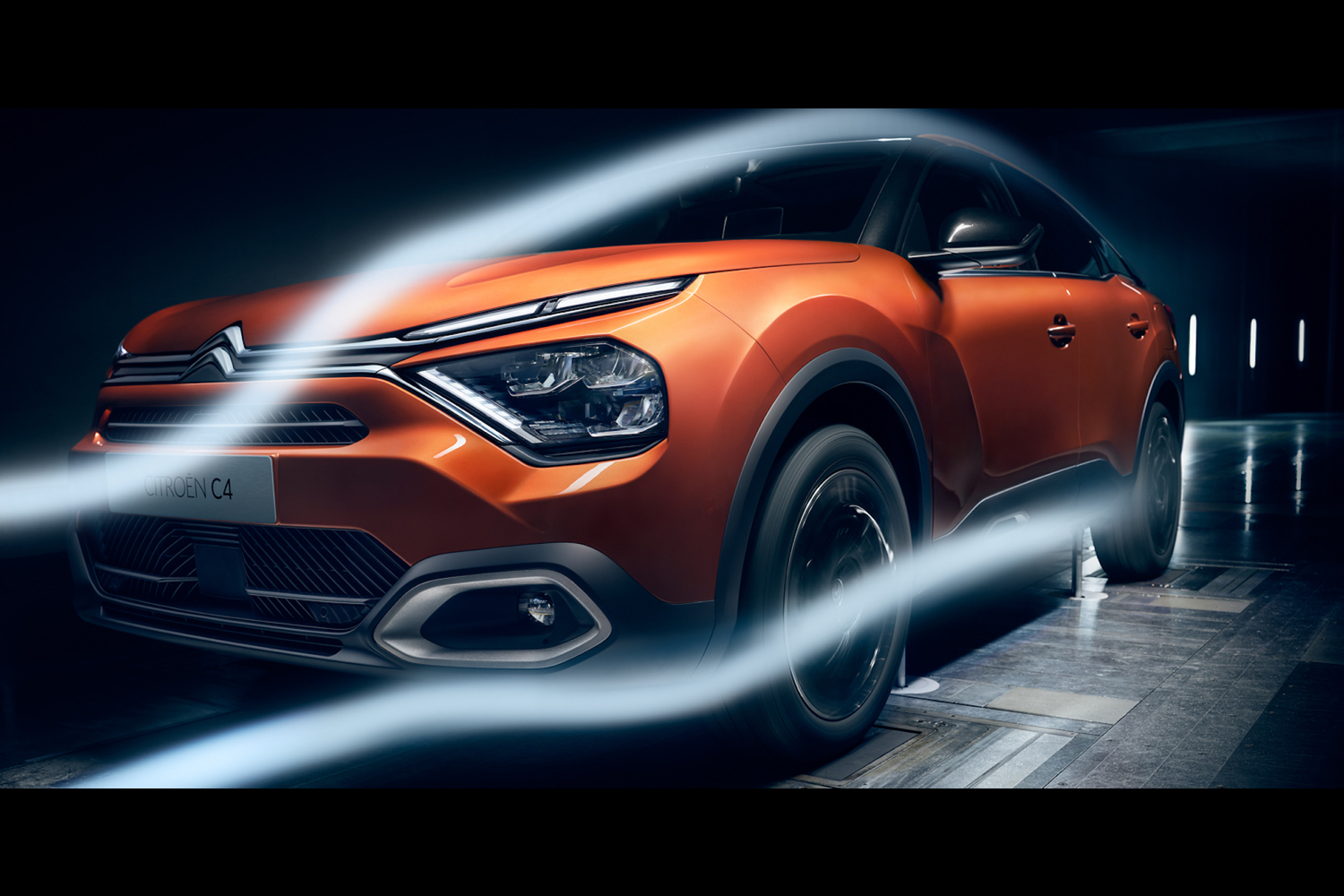 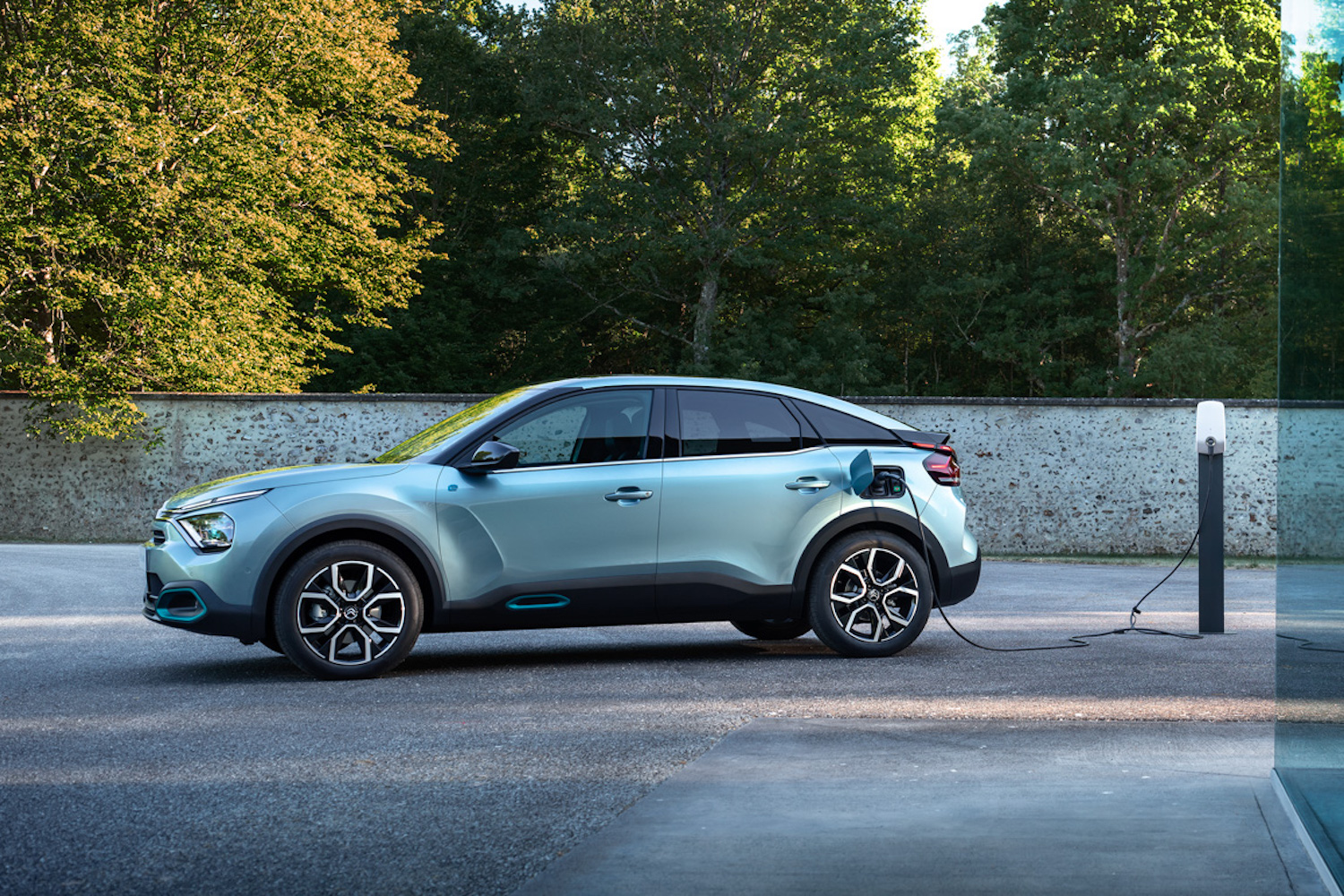 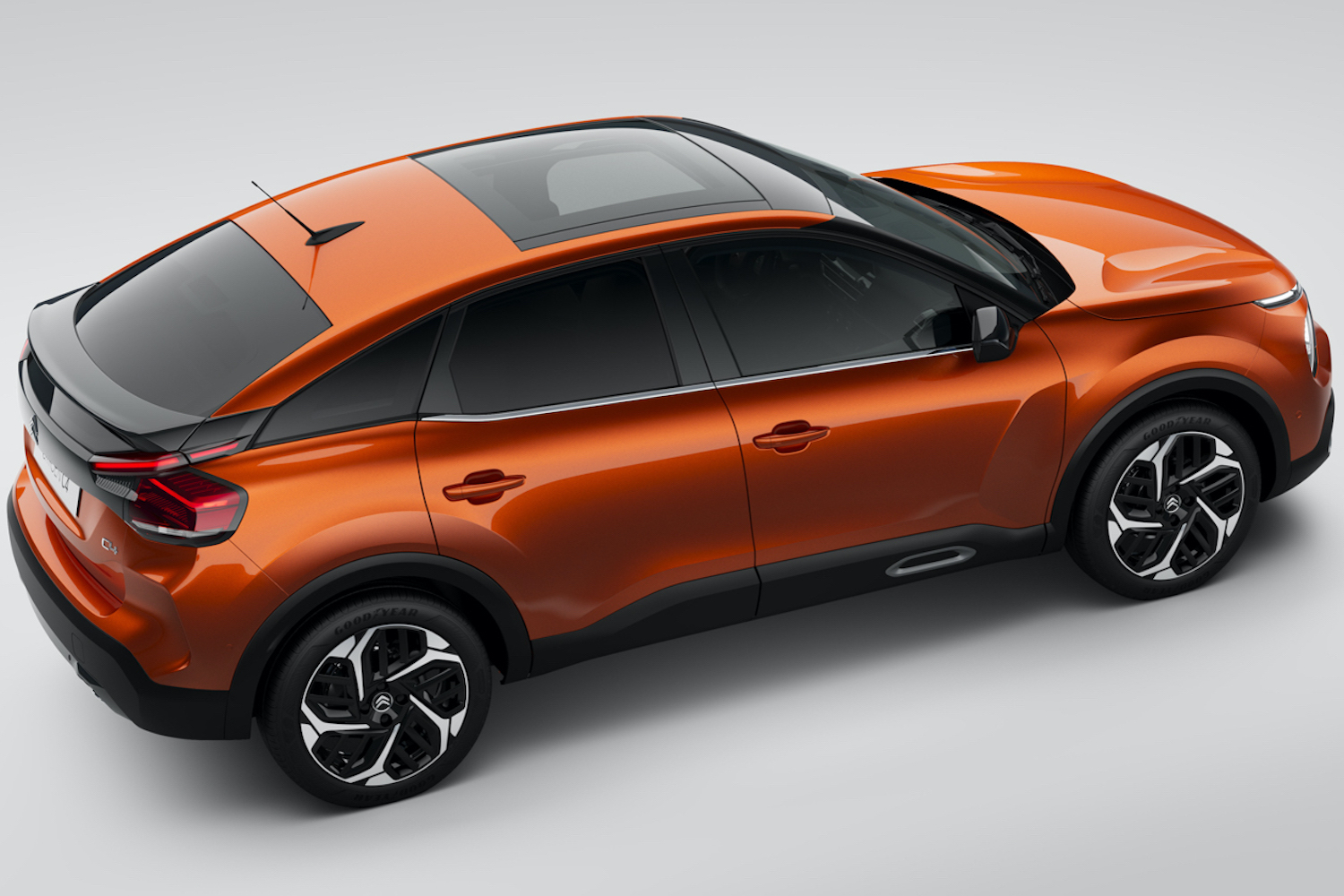 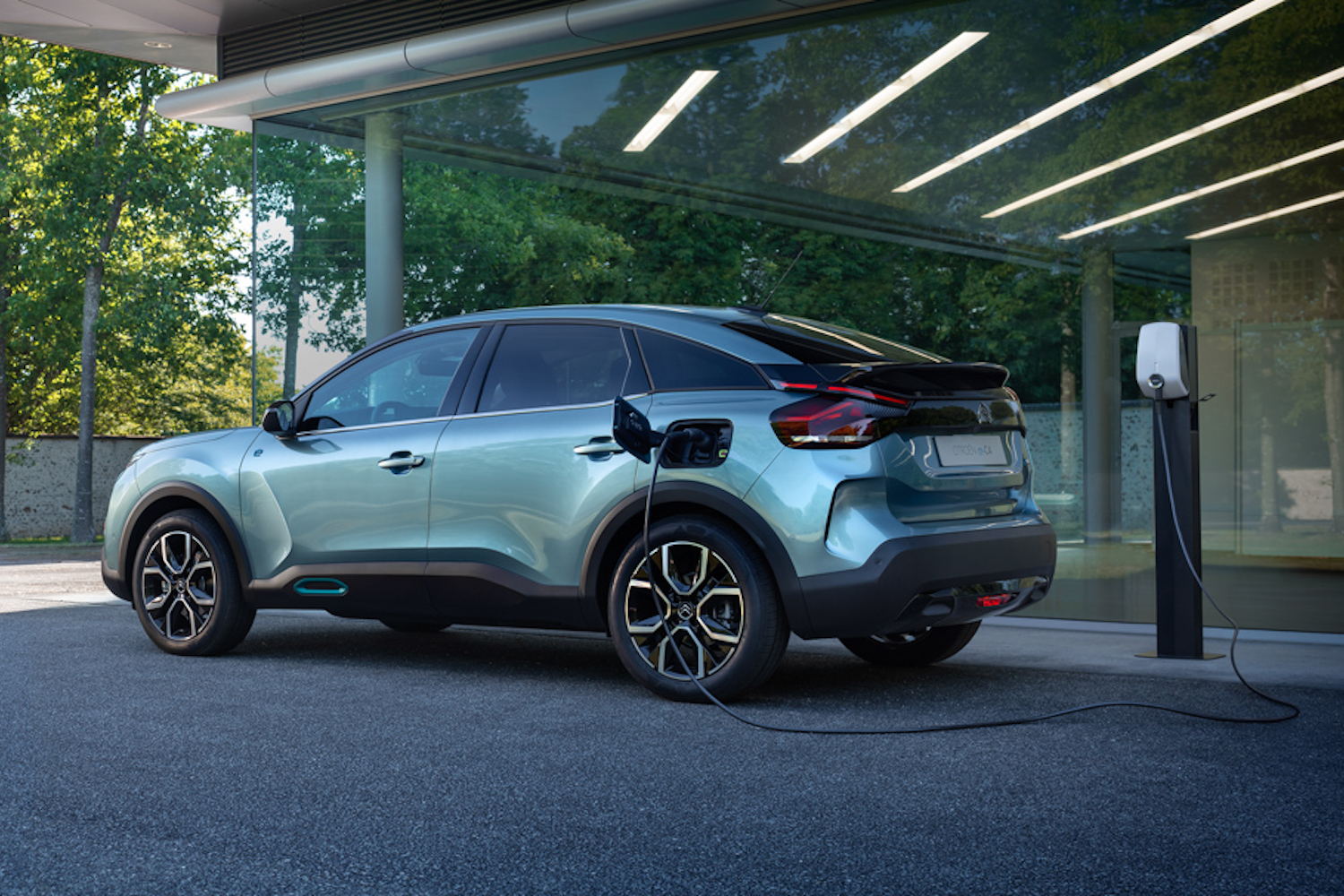 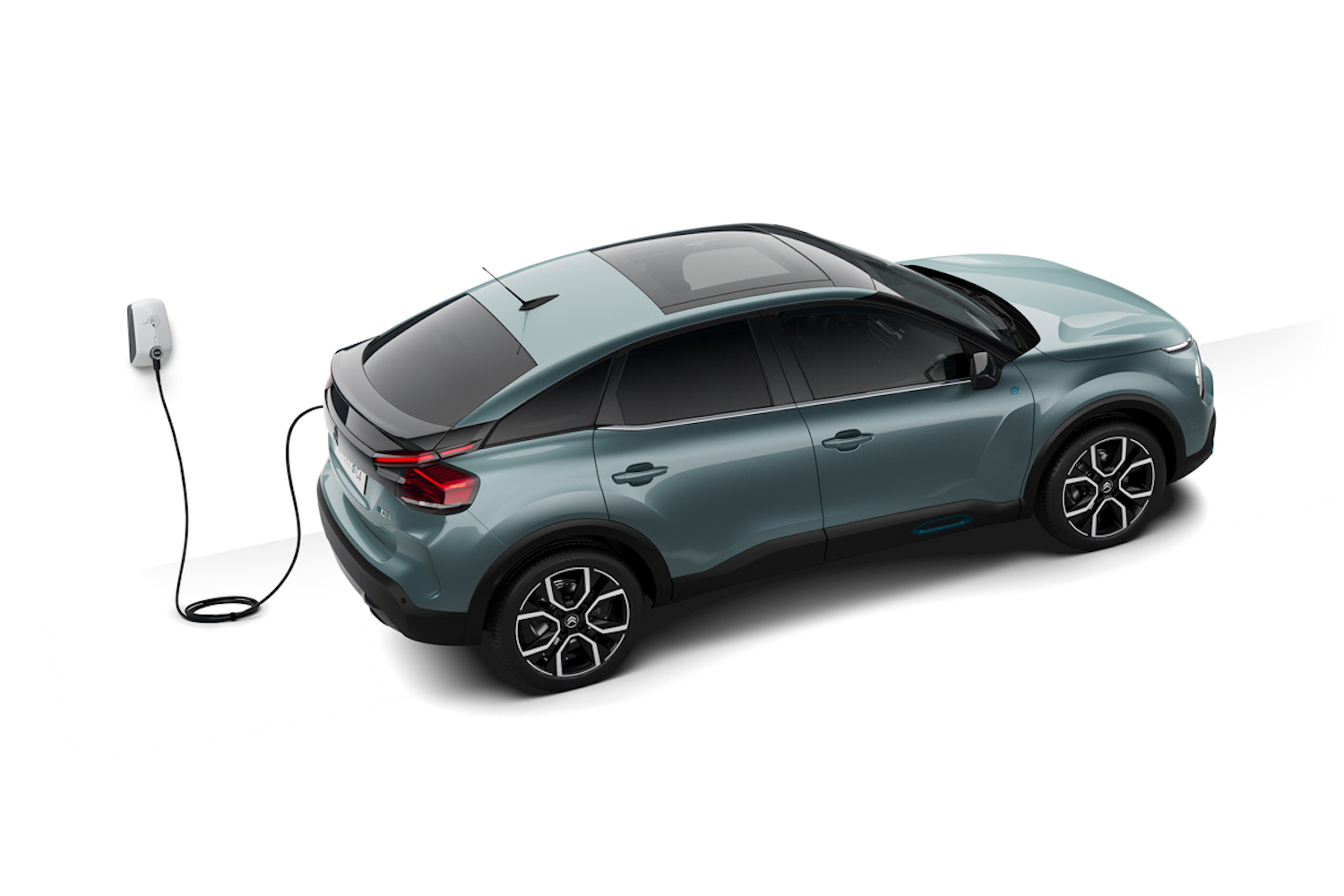 Citroen is returning to the 'C-segment' hatchback market with a new twist on the Golf and Focus formula. The new e-C4 is not only a five-door fastback hatch with strong crossover overtones to its styling, but there's also an all-electric option.

Citroen will offer conventional powertrains in the new C4, which will be based around the existing 1.2-litre PureTech petrol and 1.5 HDI diesel engines, but the headline-grabbing version is the e-C4, with its all-electric drive.

The French carmaker has not yet released detailed technical specs for the model, but we expect that it will use the same 50kWh battery pack as the Peugeot e-208, which should be good enough for a one-charge range of around 300km. PSA Group, Citroen's parent company, also has an existing 75kWh battery, as used in its commercial vehicle models, and if that can fit in, then the e-C4 could be capable of Tesla-style ranges.

The styling is a mixture of hatchback and crossover, because the C4 effectively has two jobs - to replace the existing C4 Cactus kinda-crossover, and the old, departed, and conventional C4 hatchback.

The heavy black plastic cladding around the lower parts of the car say crossover, while the fastback rear end feels just a little like a tribute to classic Citroens such as the CX and GS (a car which celebrates its 50th birthday this year). Around the back, unusual V-shaped brake lights are a distinctive feature, and they blend into a big boot spoiler that seems a little reminiscent of the Toyota C-HR.

In the cabin, the styling is rather more pared-back than we've seen from Citroen in a while, and it's dominated by big digital screens for the instruments and infotainment. There are 'Advanced Comfort' seats, while Citroen says that there is 'an innovation for the front passenger' which it will, apparently, tell us more about at the end of the month.

Citroen's 'Progressive Hydraulic Cushion' suspension will be fitted as standard, and we'll have more details on the e-C4 in the coming weeks and months.