Kia Rio gets a refresh 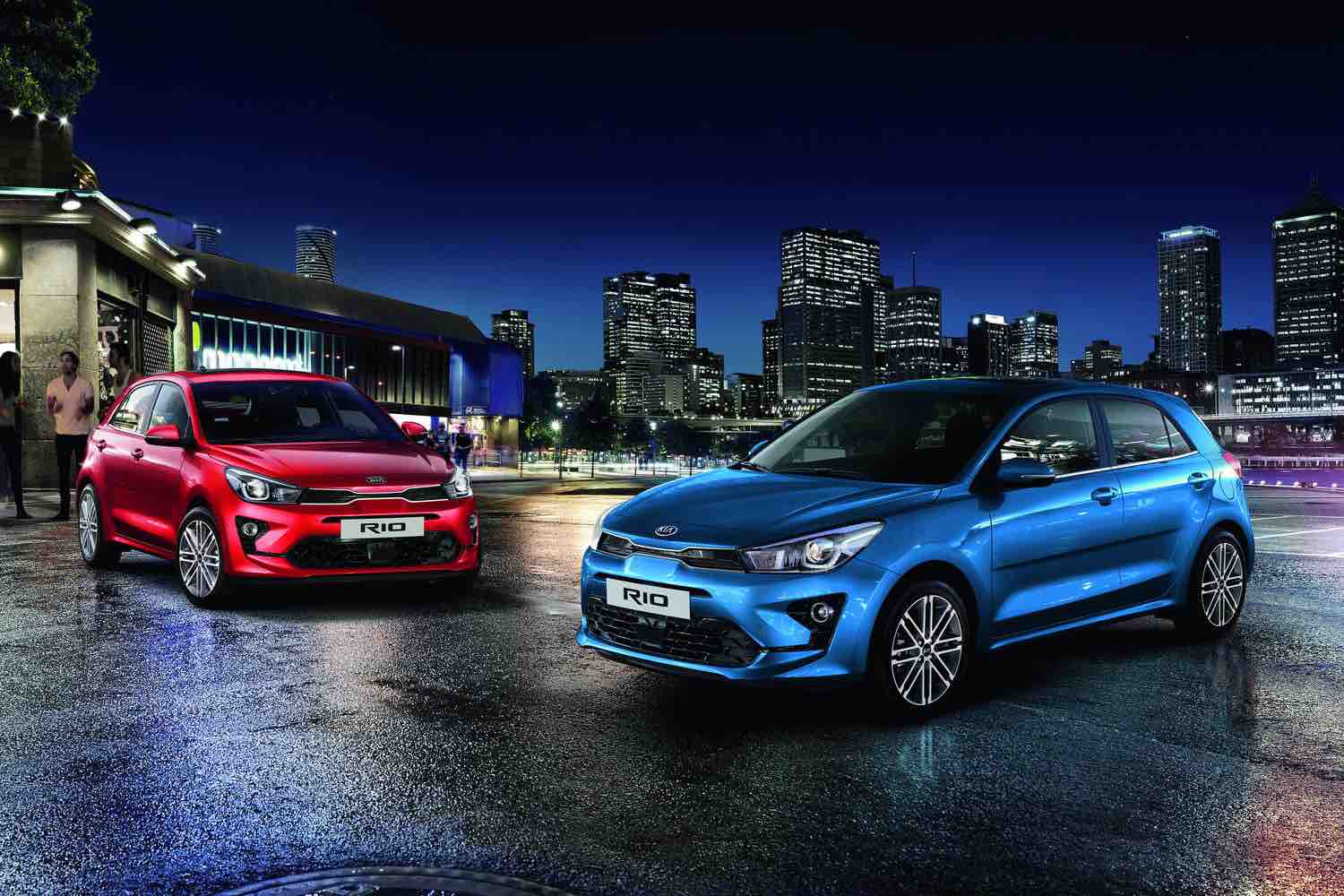 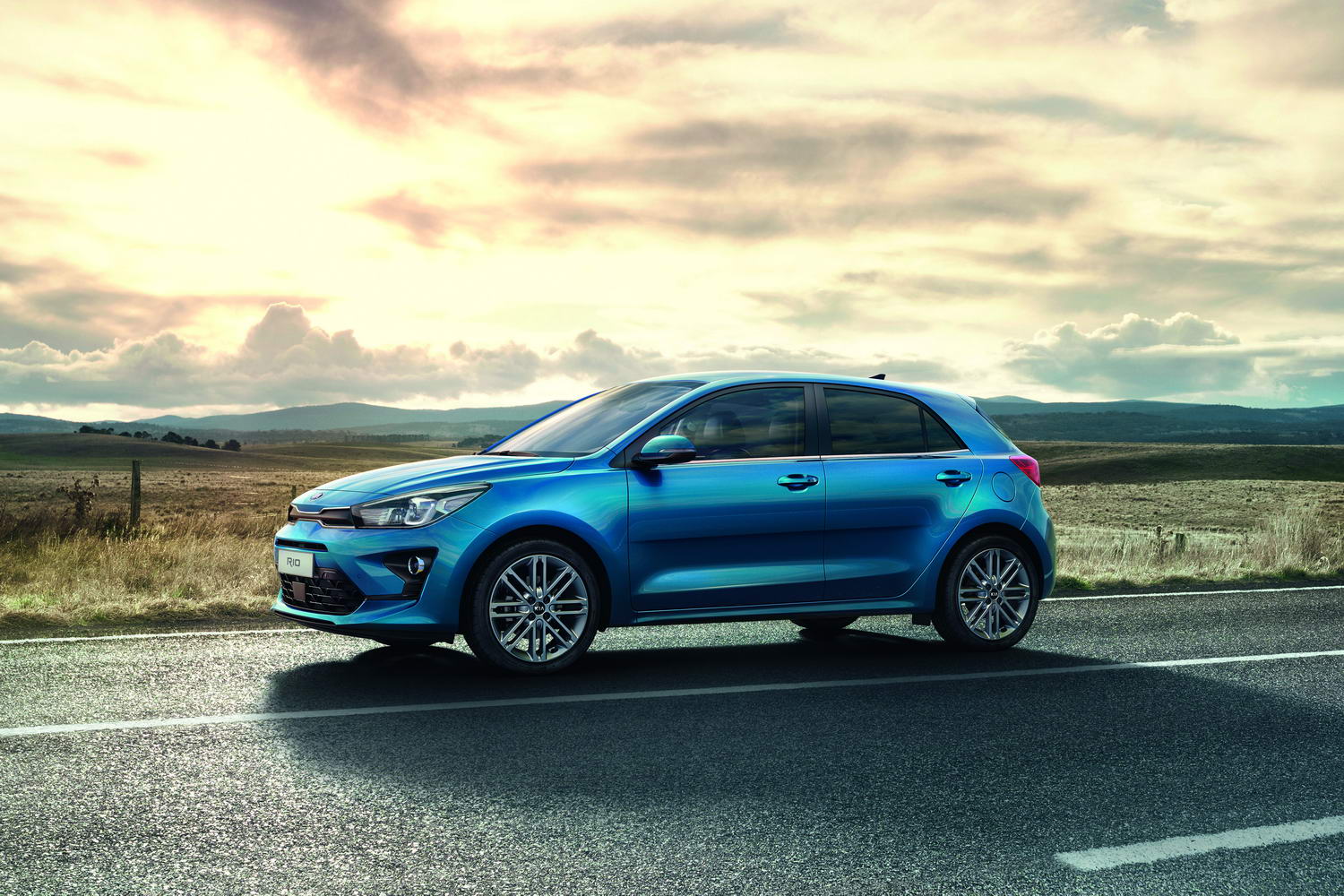 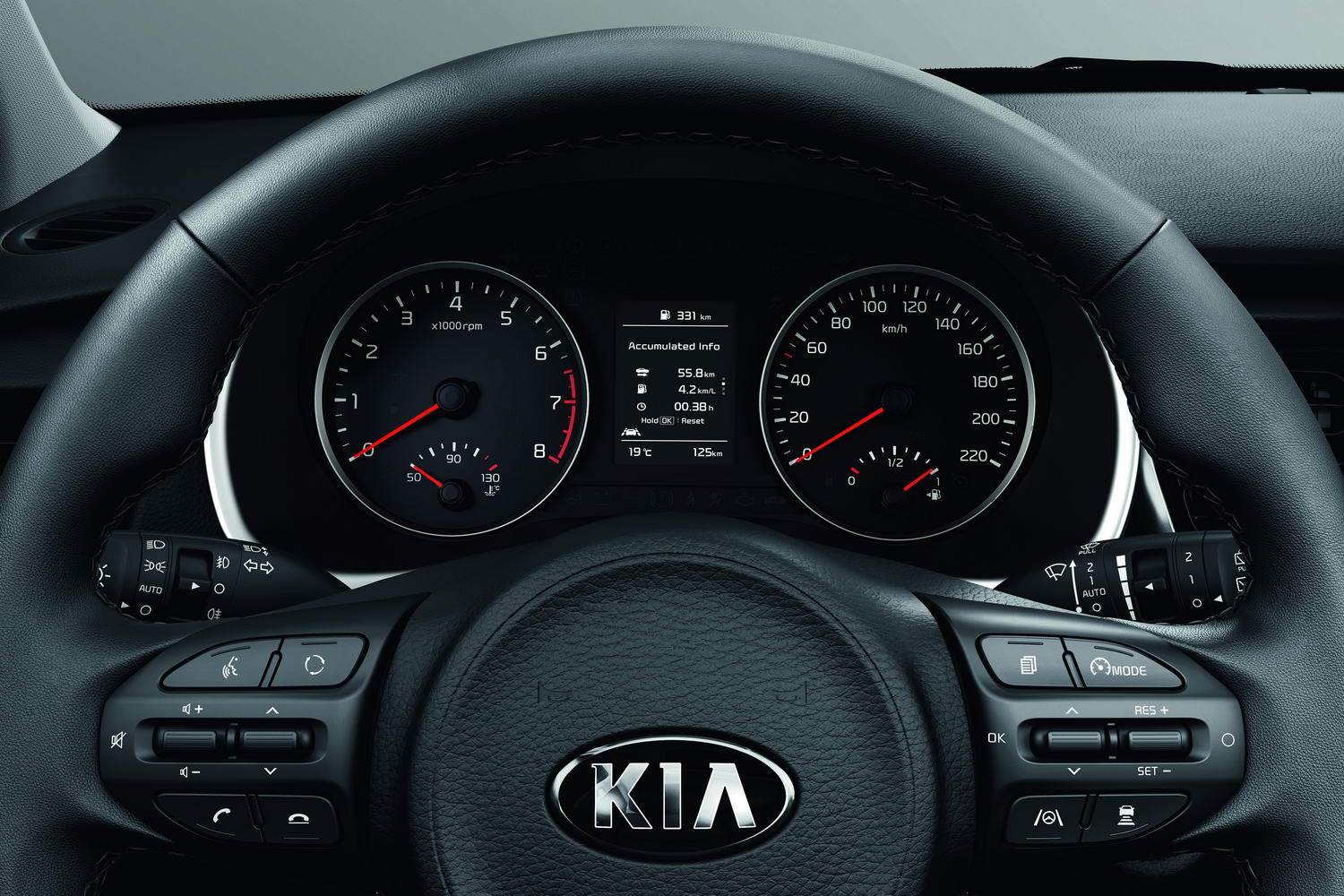 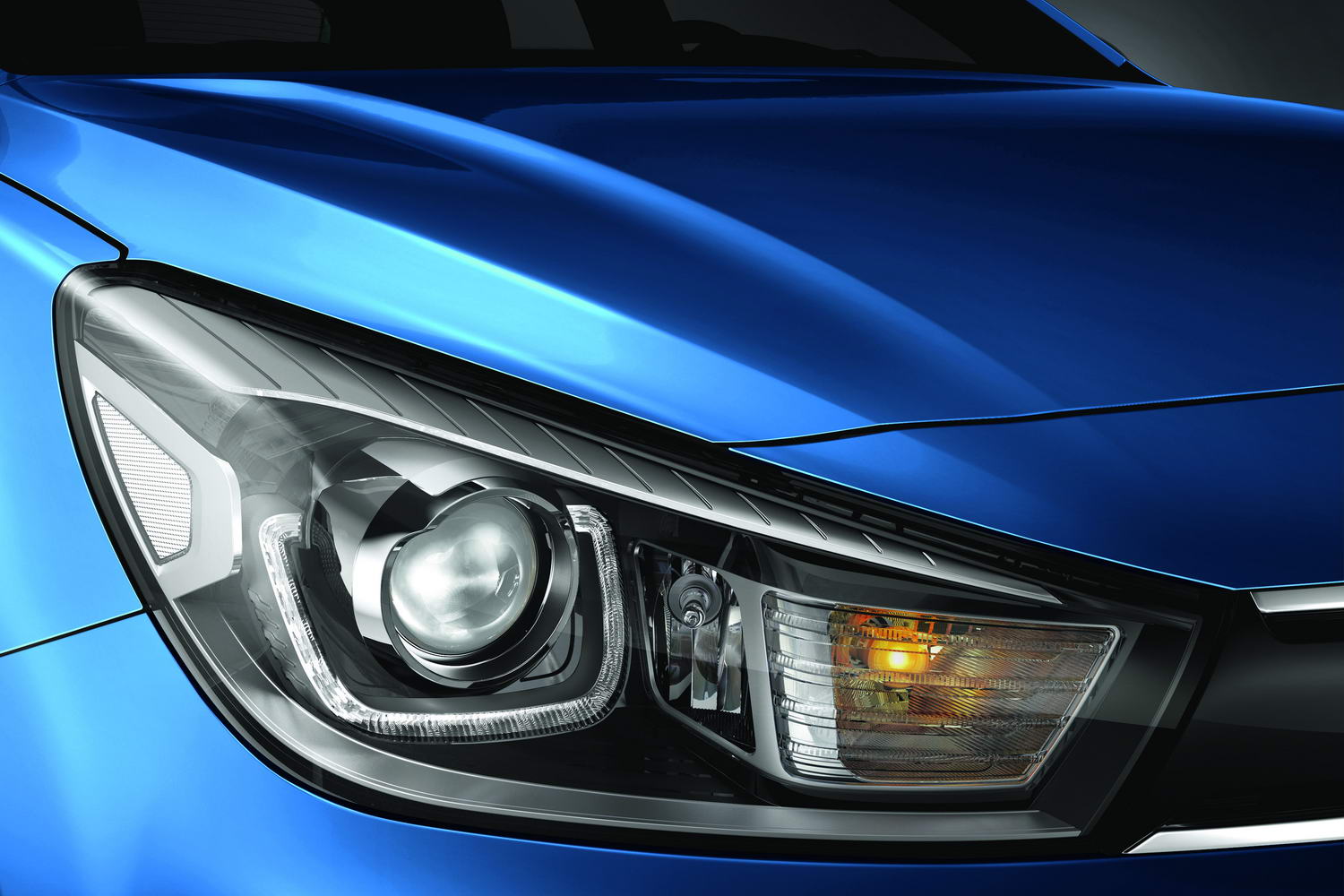 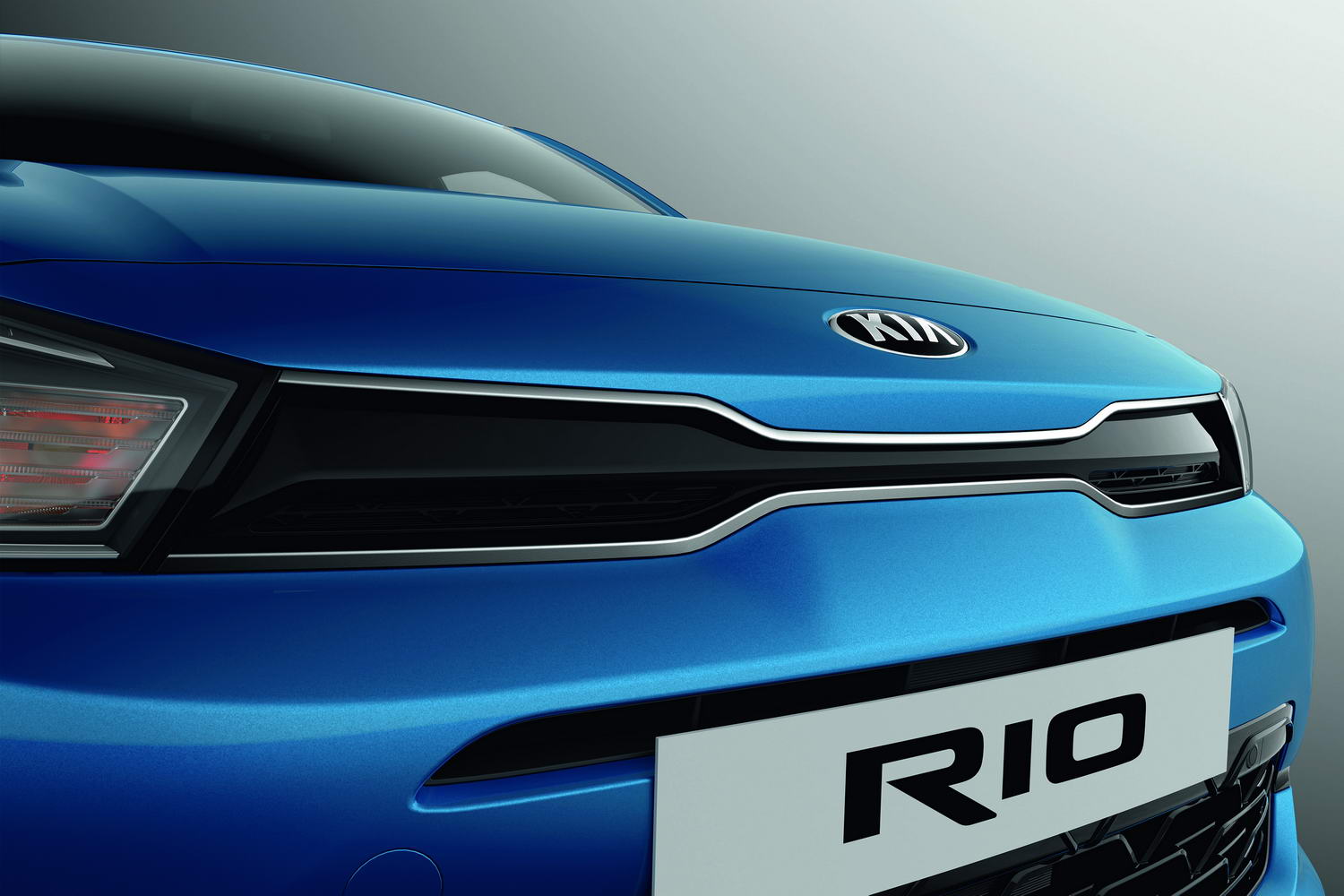 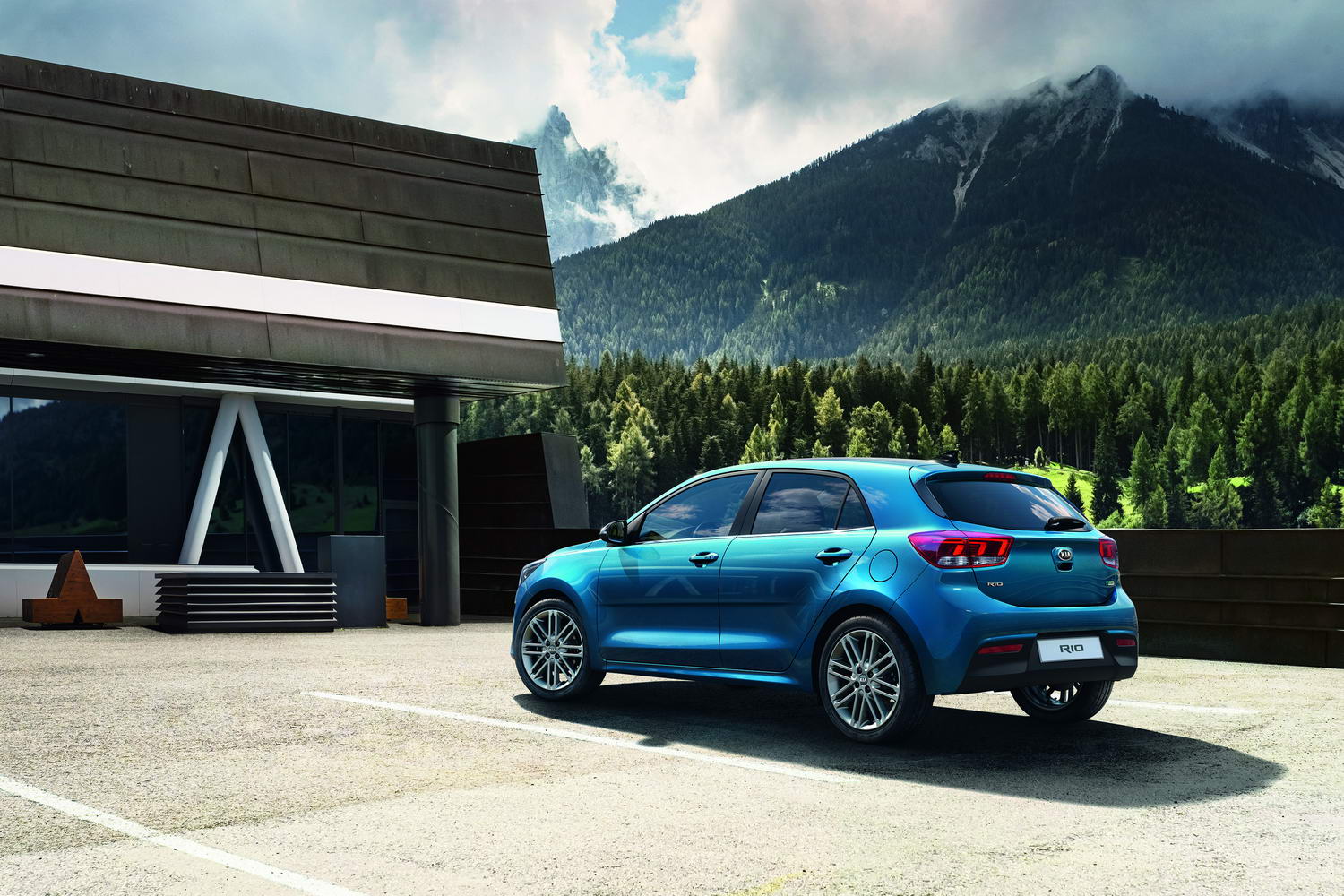 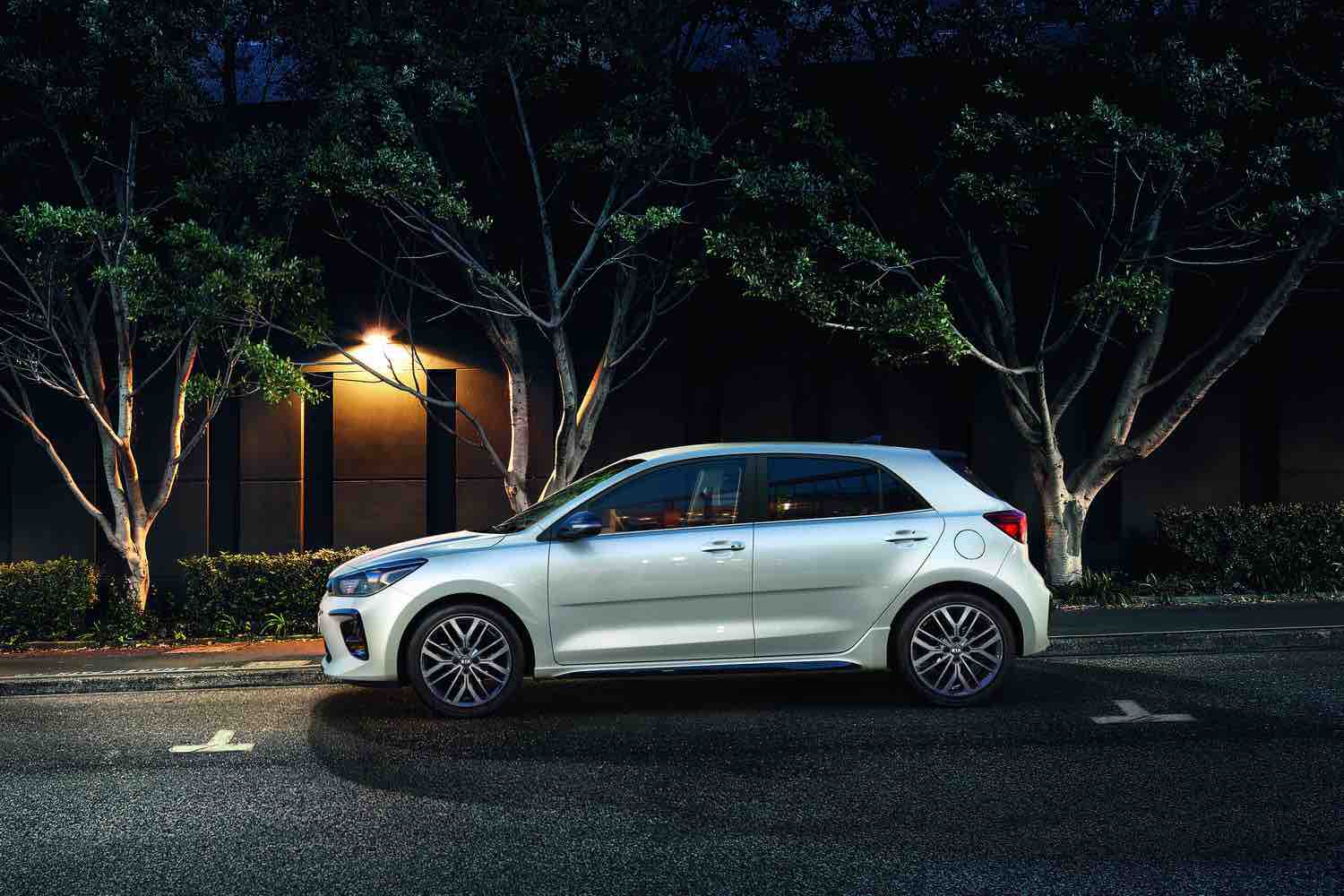 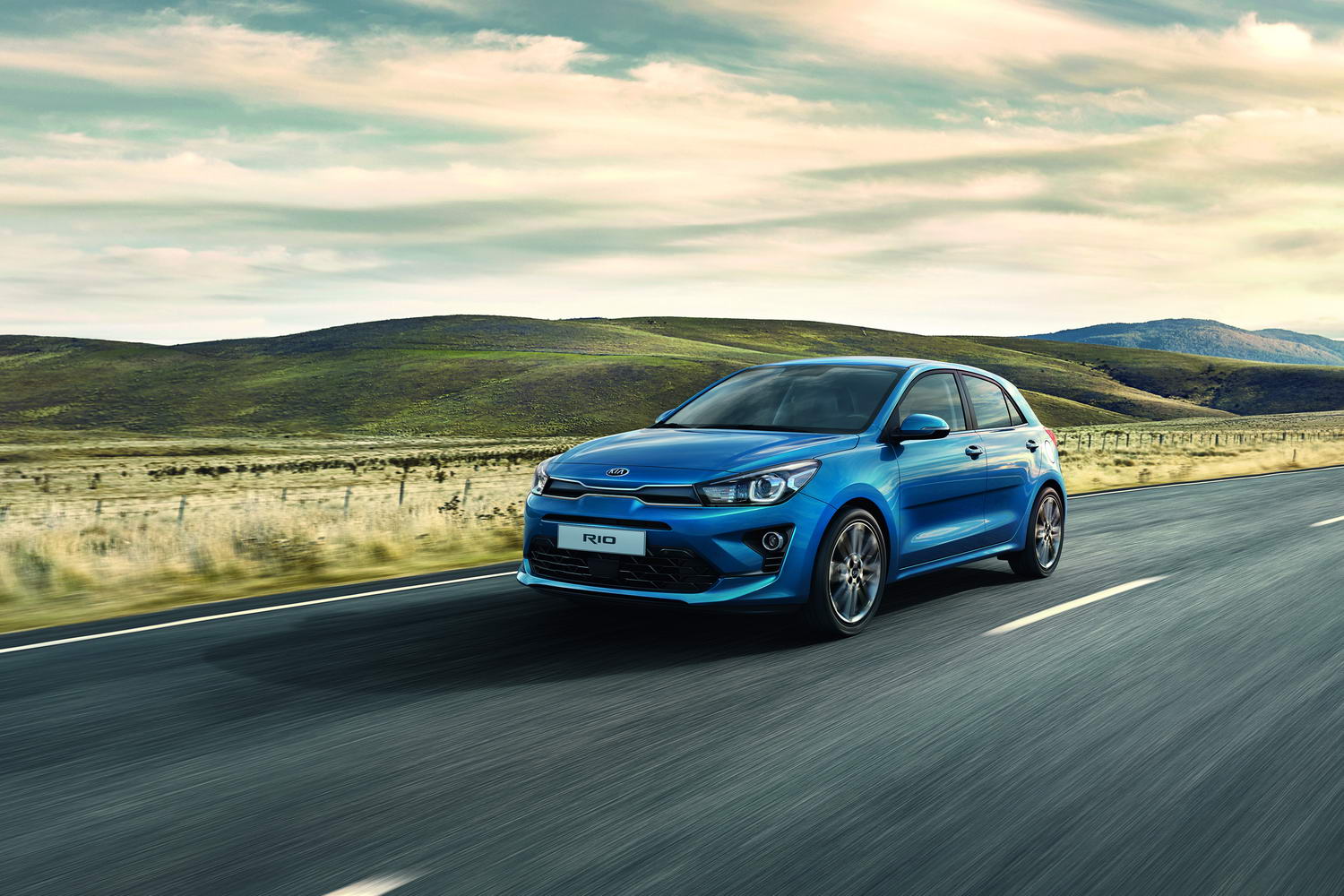 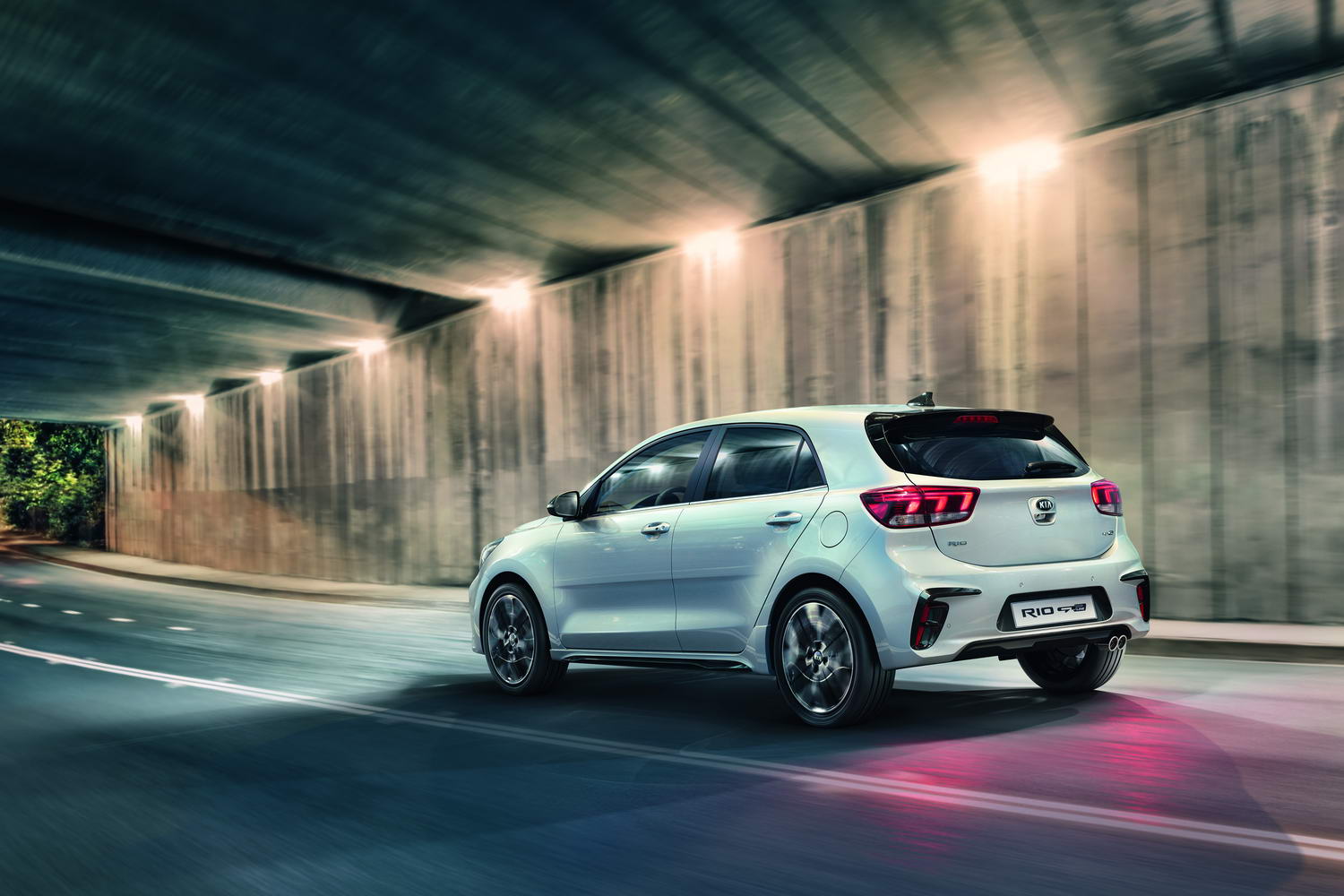 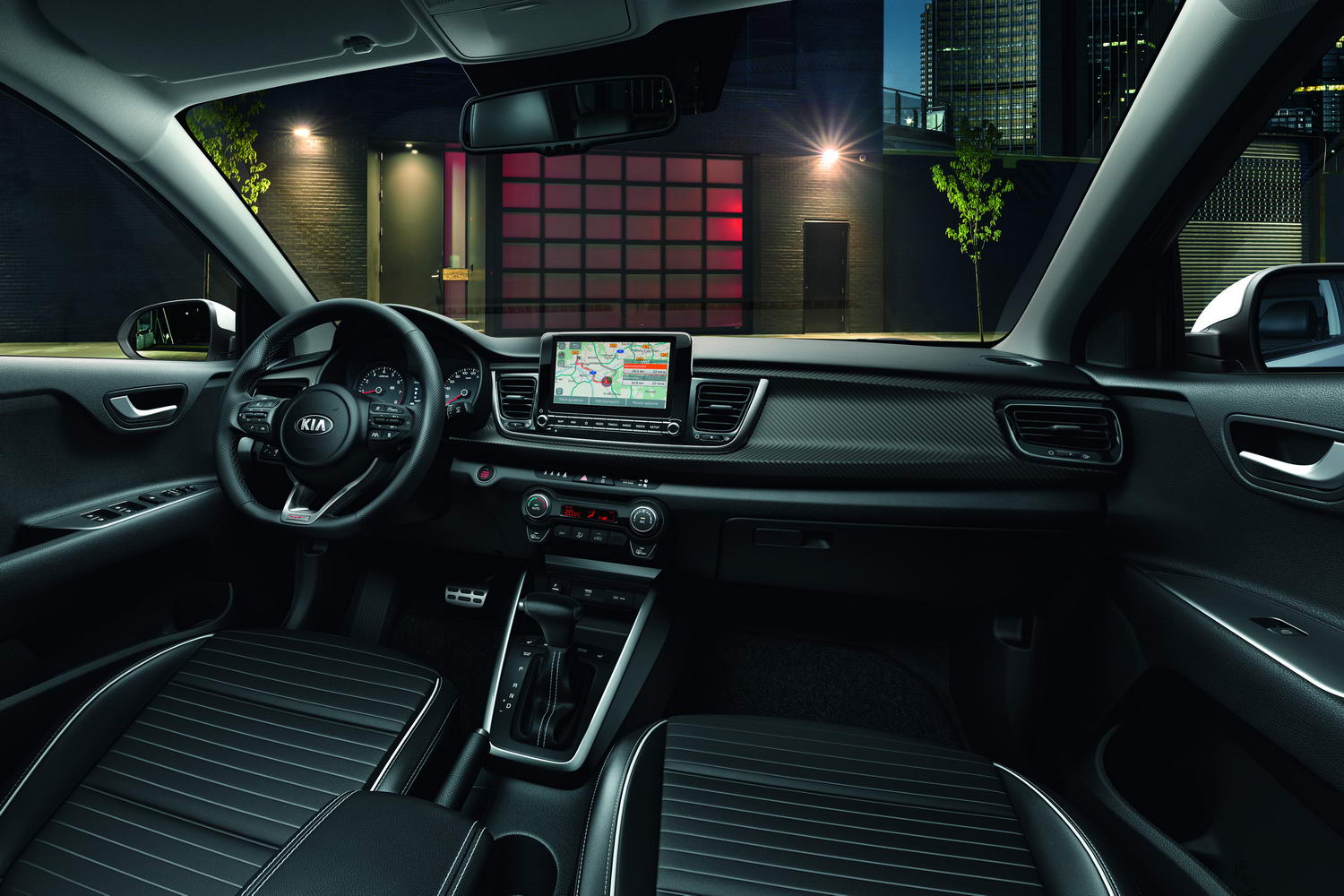 Kia has updated and mildly facelifted its Rio supermini, three years since the fourth-generation model went on sale - but perhaps the biggest talking point is the 'clutch-by-wire' (CBW) system on manual models.

Dealing with the wider powertrains of the revised Rio, this will be the first Kia to be fitted with a mild-hybrid electric (MHEV) driveline. The EcoDynamics+ engine pairs the 1.0-litre T-GDi three-cylinder 'Smartstream' turbo petrol with a 48-volt hybrid set-up designed to maximise fuel efficiency with electric torque assistance and regenerative braking. It comprises a belt-driven Mild-Hybrid Starter-Generator (MHSG) unit and a lithium-ion polymer battery, while the Smartstream T-GDi replaces the older 'Kappa' 1.0-litre triple which previously saw service in the Rio. The Smartstream has Continuously Variable Valve Duration (CVVD) technology, allowing it to switch between different combustion cycles (more powerful Otto and more efficient Atkinson) depending on the engine load.

This MHEV drivetrain still has the 100- or 120hp outputs of the previous 1.0-litre Rio models, but it allows for up to 16 per cent more torque on 120hp derivatives, leading to a peak figure of 200Nm. Overall, Kia is claiming the new EcoDynamics+ powertrain reduces the Rio's CO2 emissions by between 8.1 and 10.7 per cent (NEDC-correlated, combined cycle) and it will come with a Drive Mode Select system allowing owners to cycle through Eco, Sport and Normal modes.

Moving on to the intelligent Manual Transmission (iMT), which will be available on the EcoDynamics+, what we have here is a CBW system which does away with a mechanical link between the left-hand pedal in the driver's footwell and the clutch itself. This not only improves fuel efficiency and lowers CO2 emissions, but it also promises greater reliability from the clutch, allows for automatic-like coasting capabilities (i.e., engine off when the driver is not on the throttle) and also could potentially include a 'creep' function to negate clutch-pedal operation in stop-start traffic. It works via a sensor, mounted in the clutch pedal, which assesses the angle of the pedal to determine clutch operation.

Beyond the MHEV and the iMT, the Rio will come with the Smartstream 100hp T-GDi without hybrid assistance, as well as a new version of Kia's naturally aspirated 1.2-litre four-cylinder engine with 84hp. The T-GDi will have a six-speed manual as standard, replacing the old five-speed unit, with a seven-speed dual-clutch (7DCT) gearbox an option. Kia's engineers have also upgraded the Rio's Idle Stop & Go (ISG) system, brake-linking the technology to ensure the engine is switched off when both the brake and clutch pedals are depressed as the car comes to a halt. The engine switches back on when the pedals are released; previously, ISG was only linked to the clutch.

Elsewhere, Kia has upgraded the Rio's touchscreen satnav to the 'Phase II' UVO Connect telematics system on an eight-inch display. This offers Bluetooth multi-connection, allowing two devices to be linked to the car at the same time, while it also provides Apple CarPlay and Android Auto functionality too. Buyers can also expect a plethora of Advanced Driving Assistance Systems (ADAS) to be on the Rio menu, too, either as standard-fit or options (depending on spec) - such as Forward Collision-Avoidance Assist (FCA) with pedestrian, vehicle and newly introduced cyclist recognition, Lane Keeping Assist (LKA), Driver Attention Warning (DAW) and Blind Collision Warning (BCW), as well as options like Blind-Spot Collision-Avoidance Assist (BCA), Intelligent Speed Limit Warning (ISLW), Smart Cruise Control (SCC) and Lane Following Assist (LFA). There will also be Rear Cross-Traffic Collision-Avoidance Assist (RCCA), Rear Occupant Alert (ROA) and Leading Vehicle Departure Alert (LVDA), which notifies the Rio's driver if they're stopped in traffic behind another vehicle and then they fail to move off when the vehicle ahead does.

Emilio Herrera, chief operating officer for Kia Motors Europe, said: "The Rio is an important car for Kia in Europe and worldwide, and is an entry point into the Kia brand for many drivers. The upgraded model builds on the car's key strengths - practicality, quality and technology - with newly electrified powertrains, a refreshed design, and advanced safety and telematics features often found in cars many segments above. We are convinced these upgrades will make the Rio more successful than ever."

Irish prices and specs will be confirmed closer to the launch of the updated Rio Mk4, but it will still come with the marque's seven-year, 150,000km warranty.

Published on May 26, 2020
Written by Matt Robinson