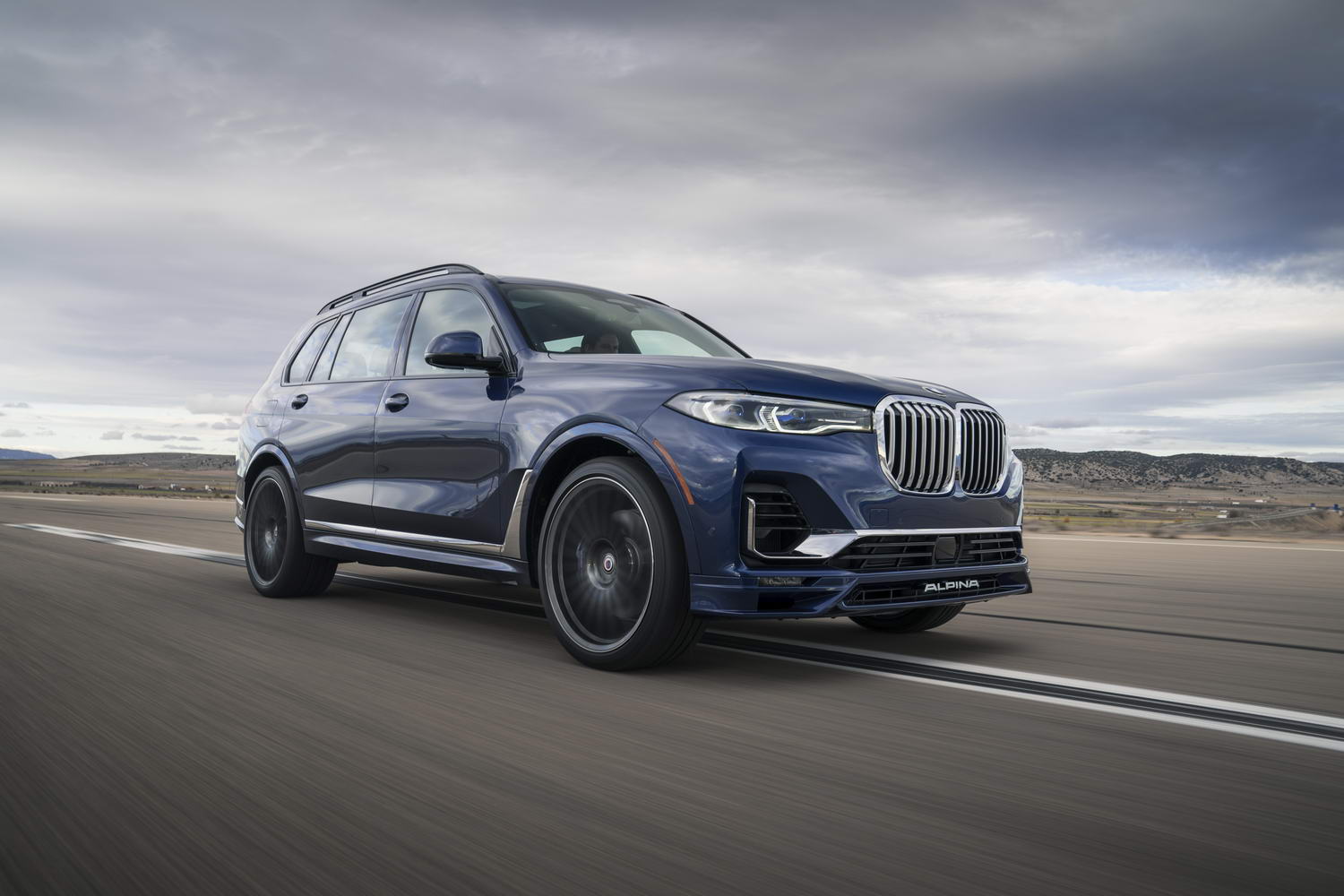 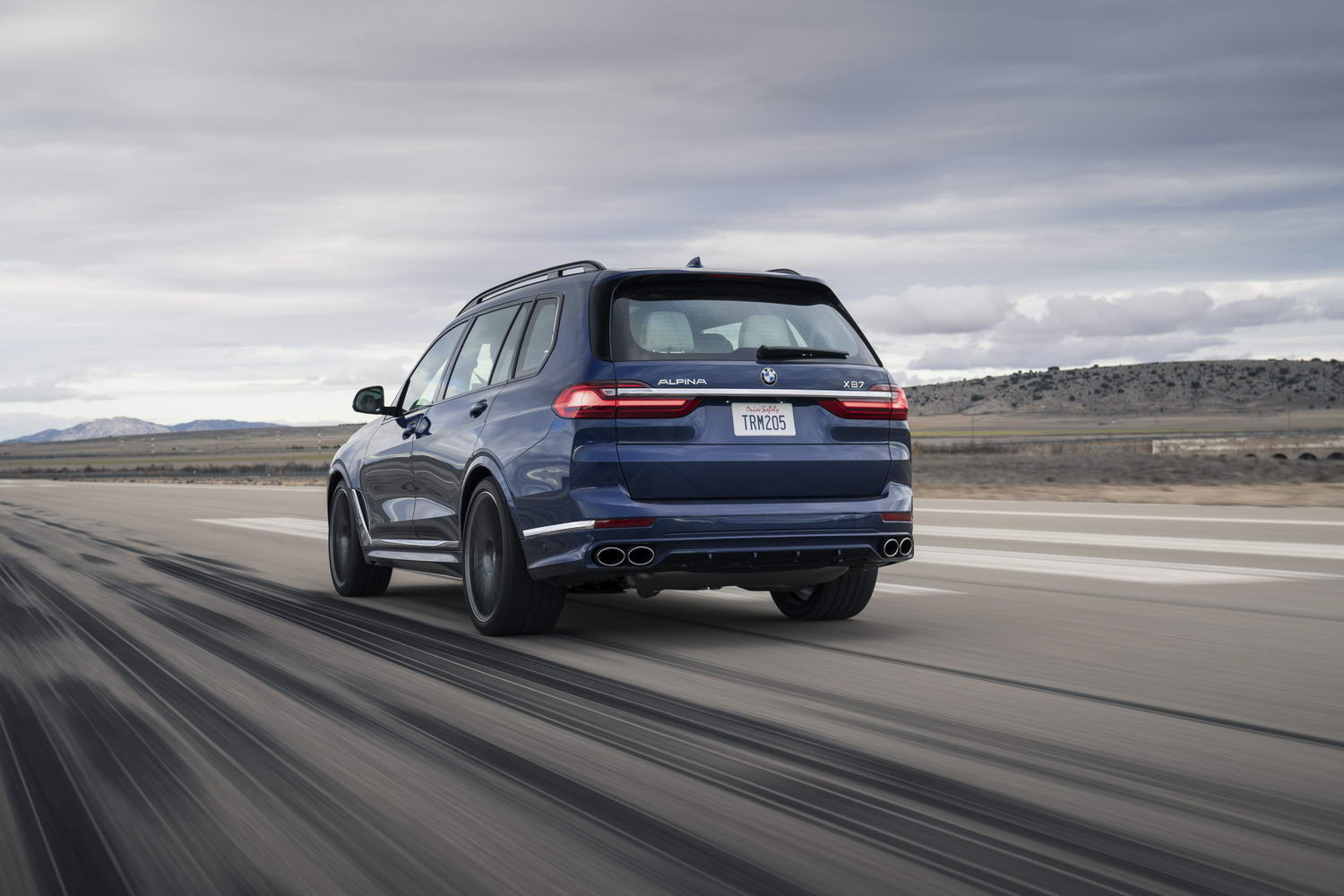 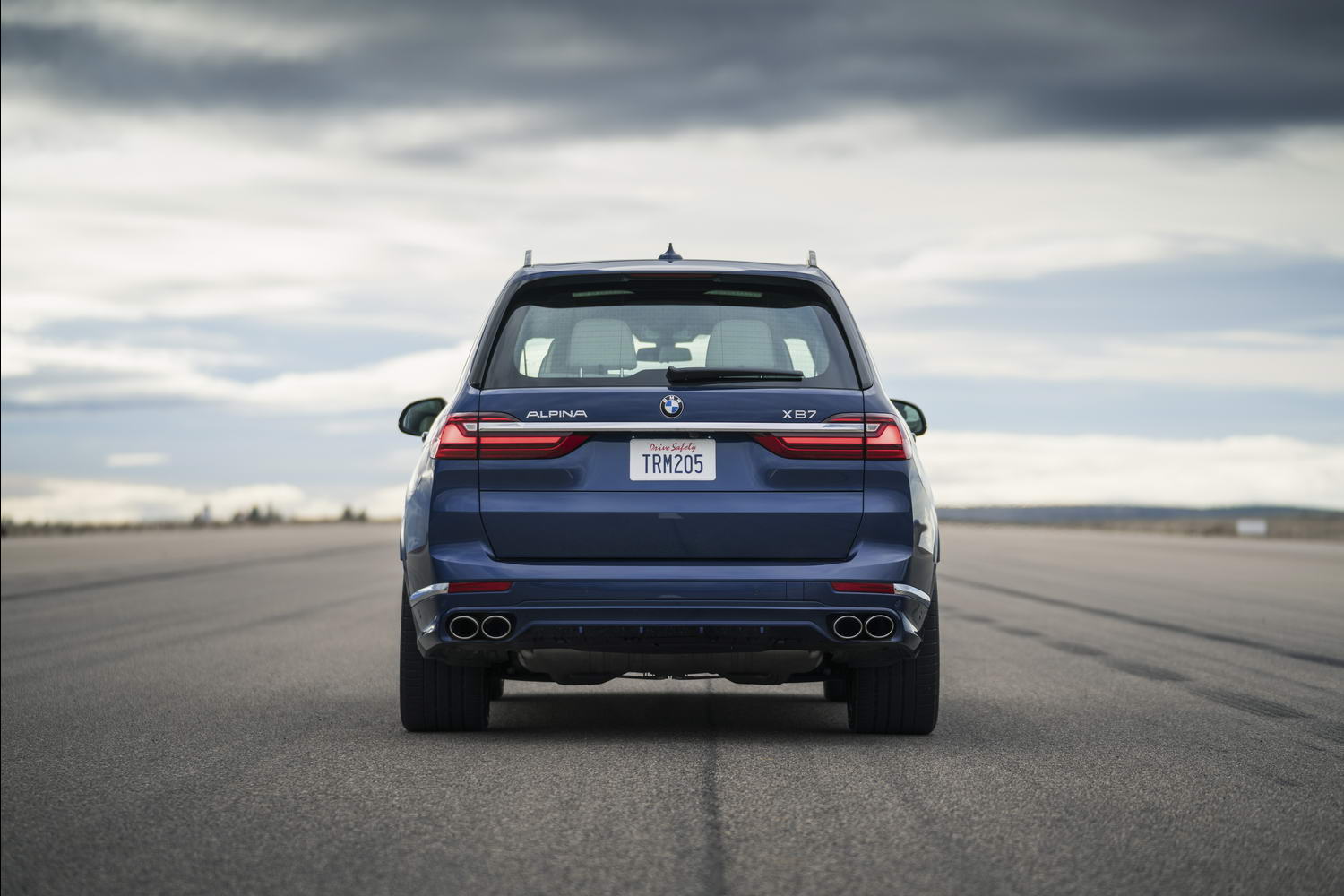 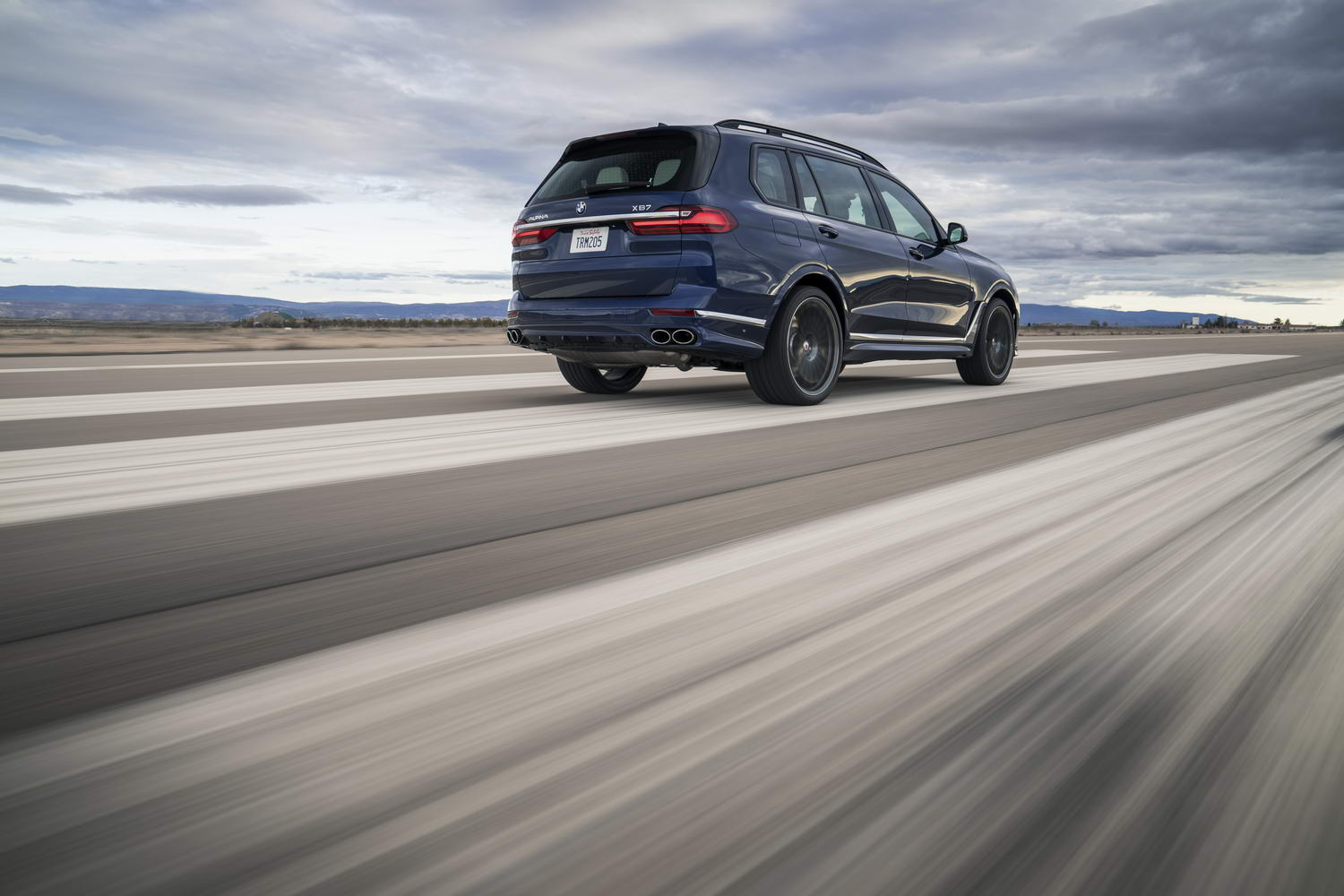 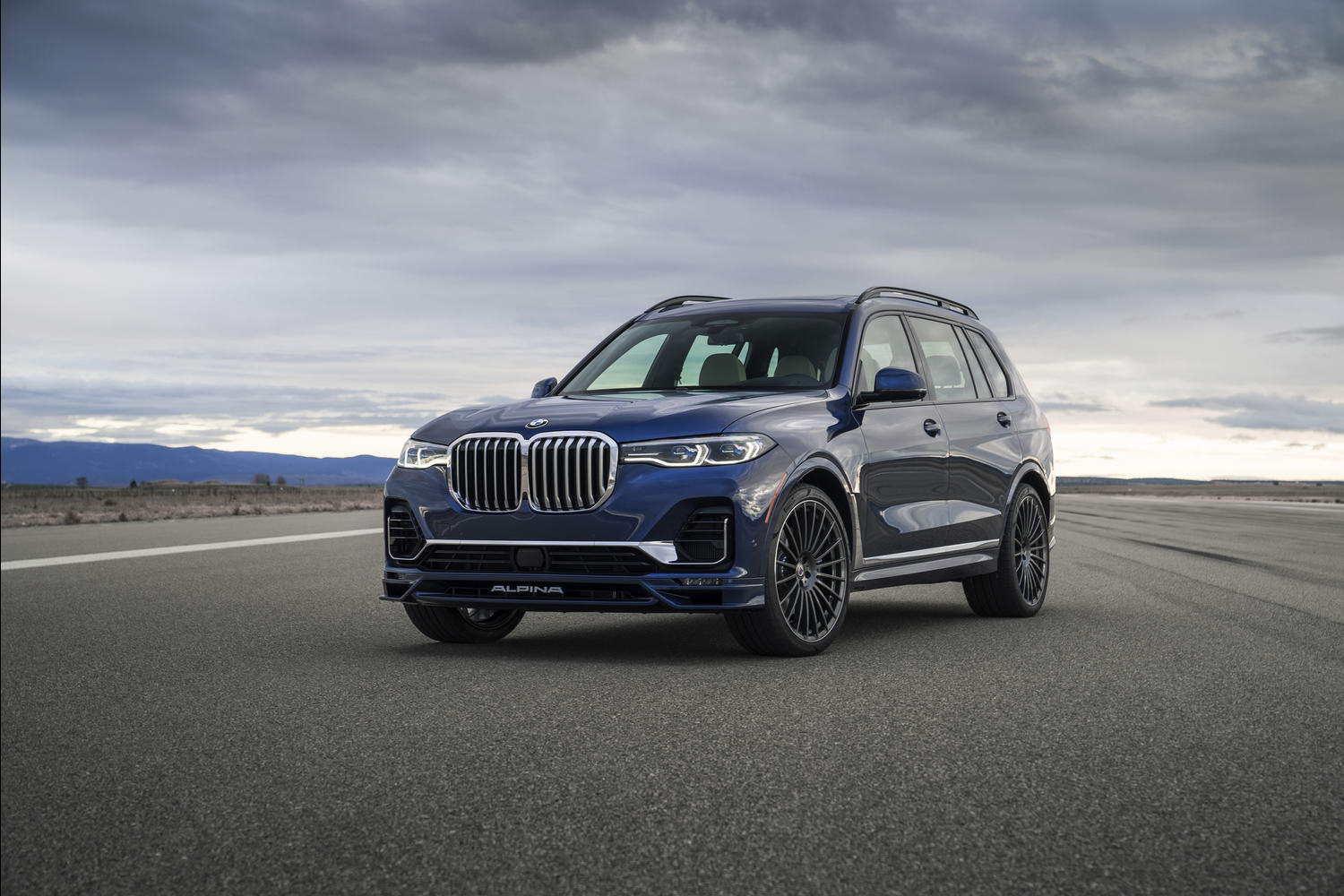 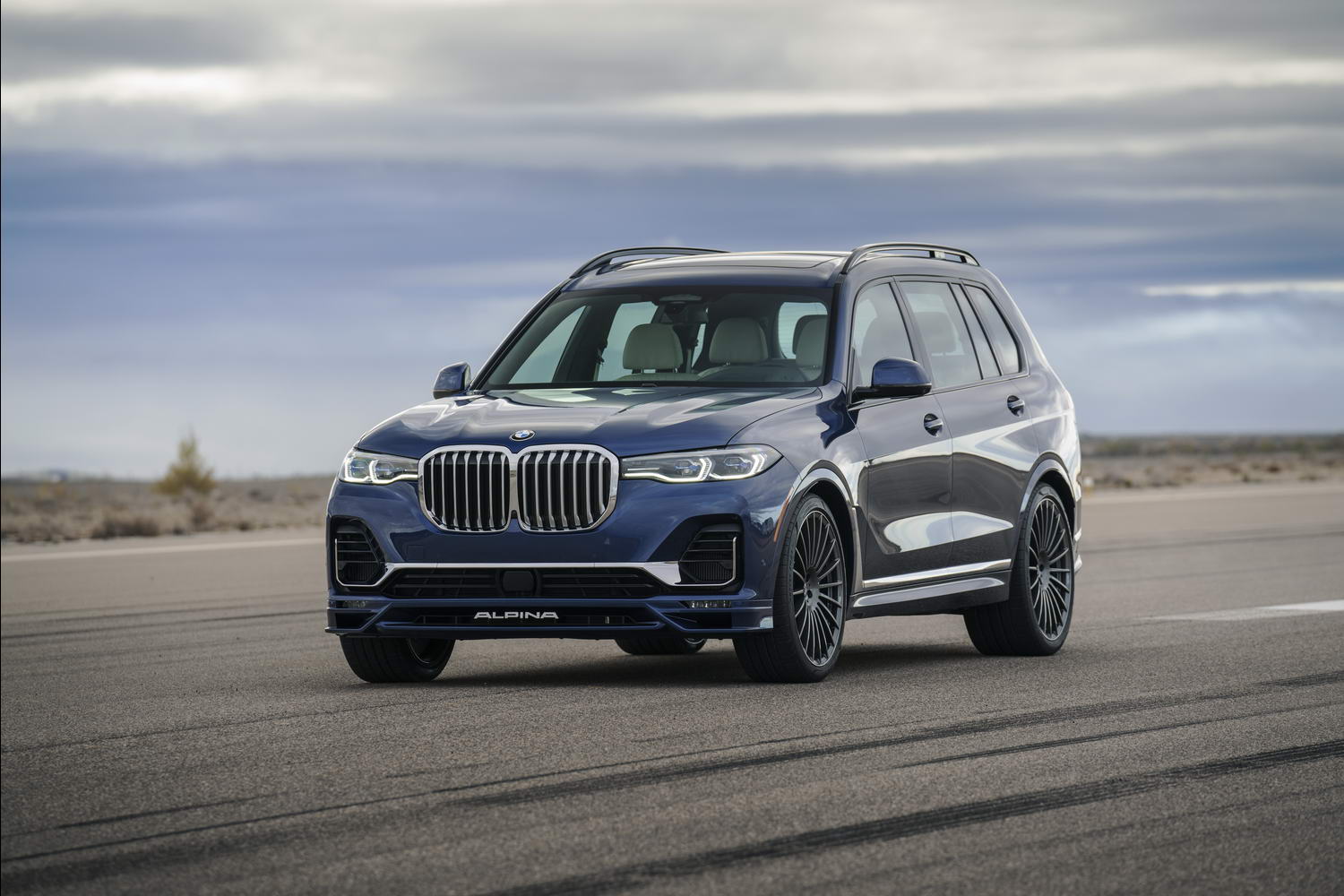 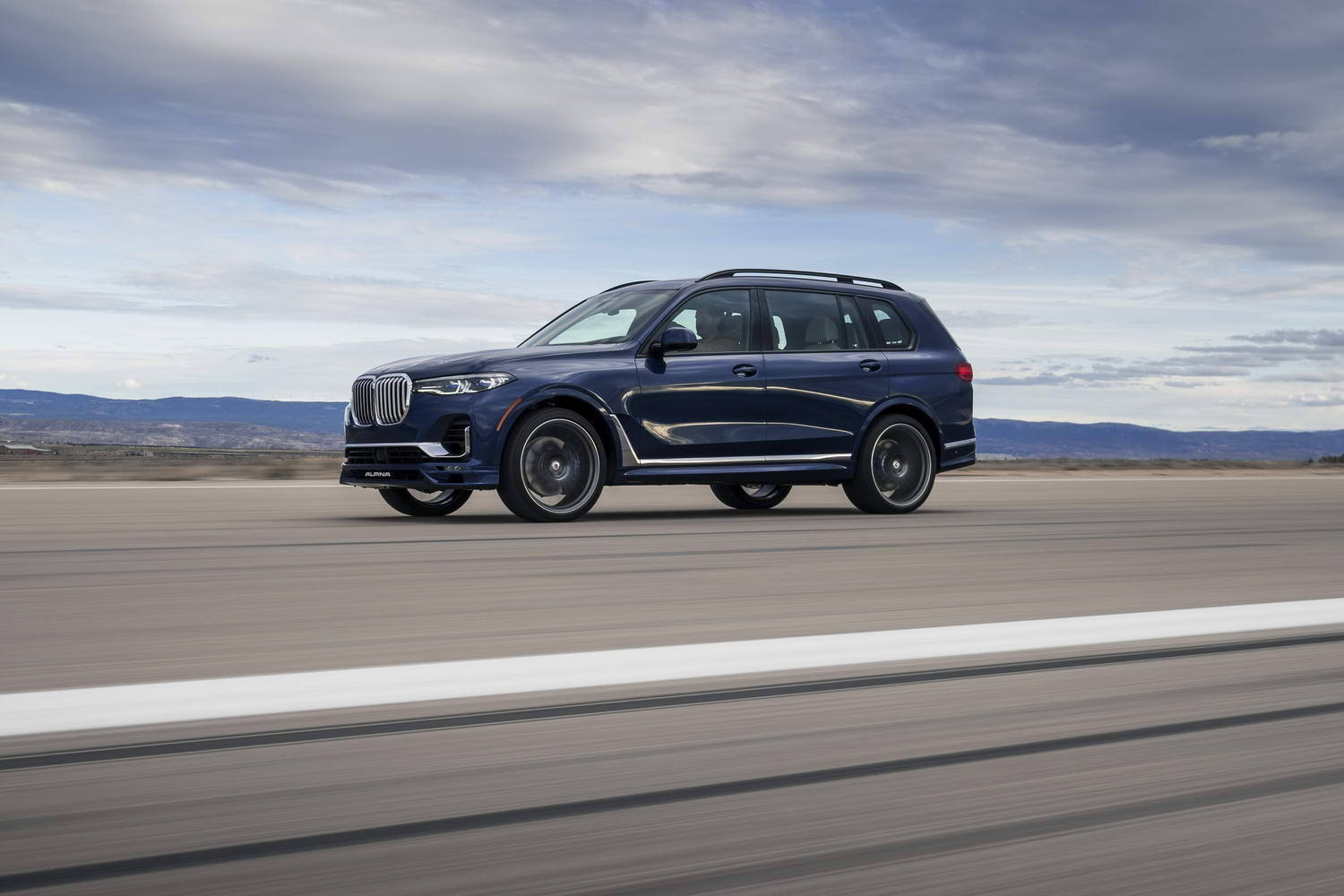 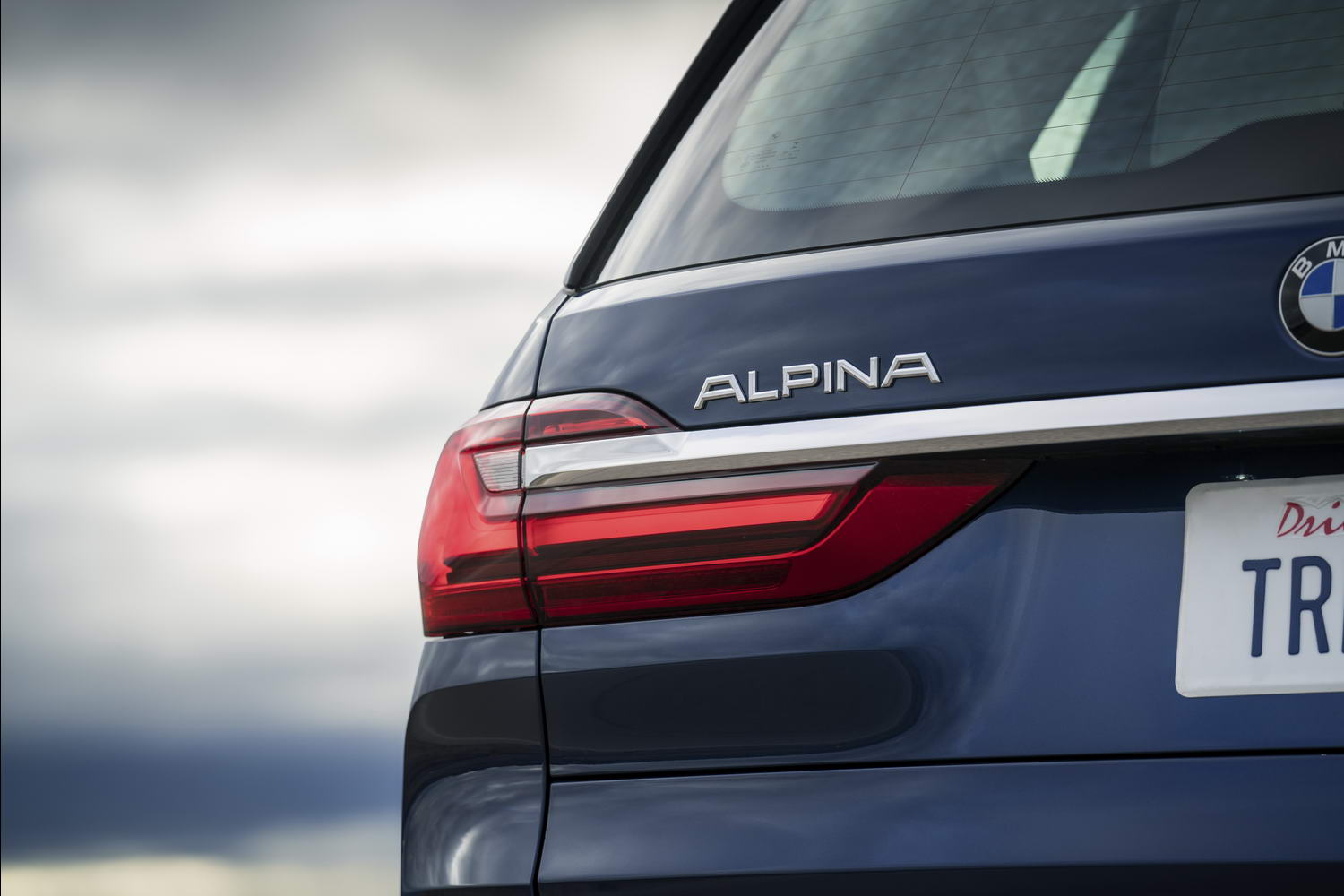 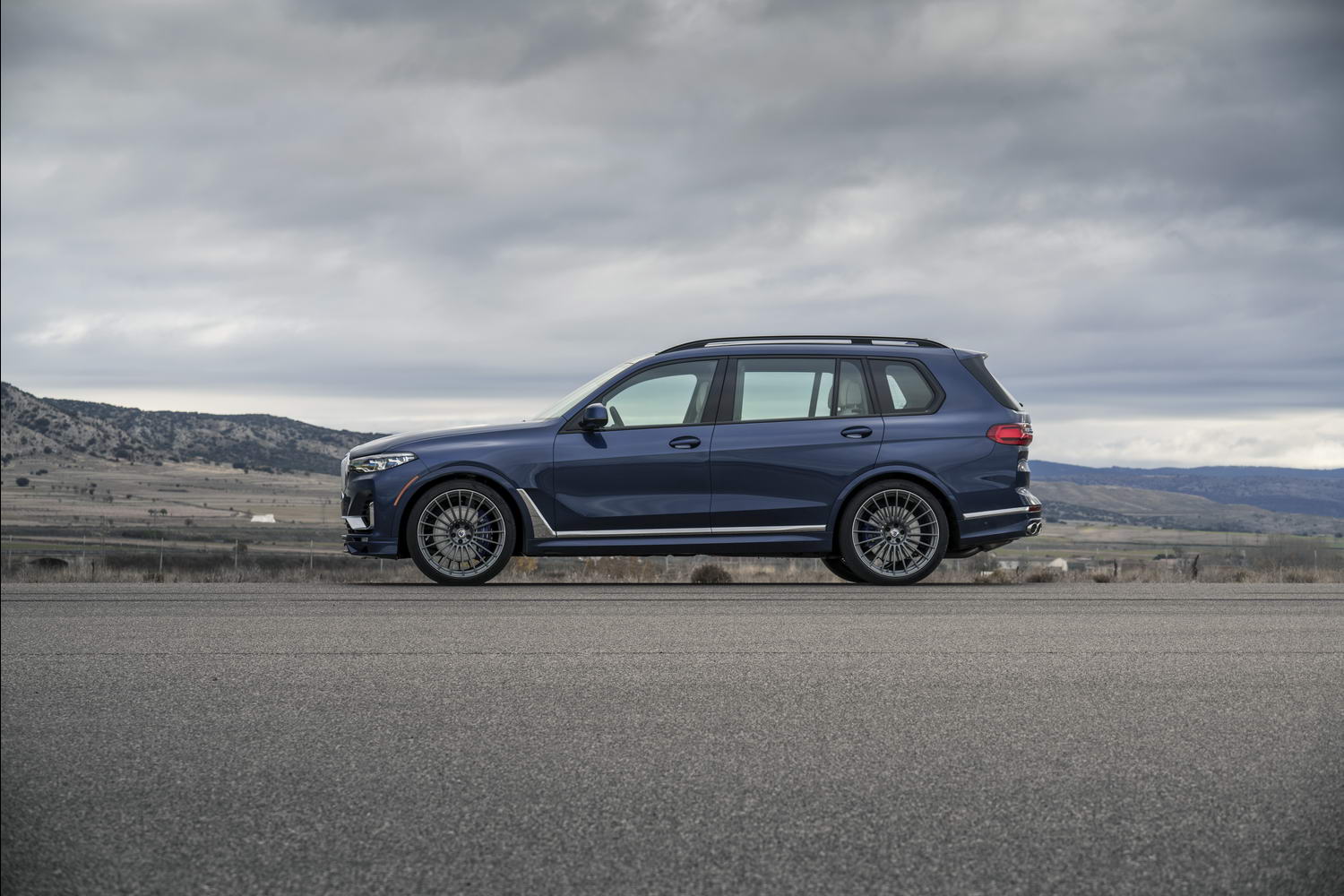 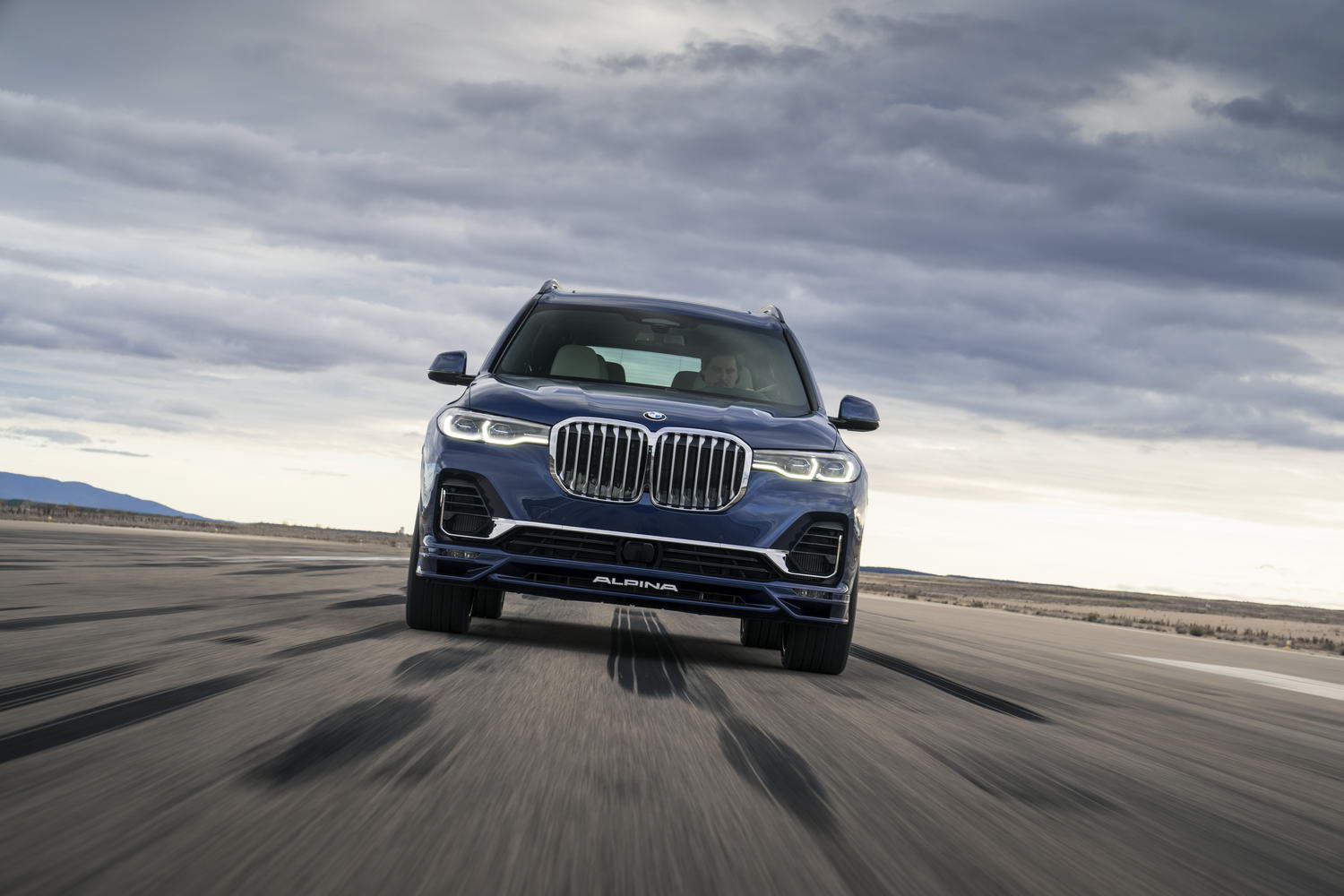 Glorious BMW-affiliated manufacturer Alpina has turned its attention to the German marque's largest SUV, the X7, for its latest creation, which it is calling the XB7. In lieu of an X7 M, this is the most powerful version of the luxury off-roader you could hope to buy.

The Alpina XB7 is powered by an Alpina-developed 4.4-litre twin-turbo V8 petrol, which delivers 620hp at 5,500-6,600rpm, allied to a whopping 800Nm from 2,000-5,000rpm. Driving all four wheels through an eight-speed ZF 8HP76 Sport Automatic Transmission with Alpina Switchtronic, it means the 2,658kg XB7 can nevertheless hit 100km/h from rest in around four seconds dead, with its top speed limited to 290km/h on the standard 21-inch wheel-and-tyre package. It'll even do the quarter-mile sprint in just 12.6 seconds, so it's a serious bit of kit. It should also sound good while going about its business, because a stainless-steel Alpina sports exhaust system is part of the XB7 kit list.

The XB7 isn't just about straight-line go, however, as there are a number of technologies keeping the Alpina tidy in the corners. An electronically variable, active limited-slip differential is fitted to the rear axle, while twin-axle air suspension with Alpina-specific damper and kinematic settings controls the bodyshell. Active Roll Stabilisation anti-roll bars go further to aid body control and Integral Active Steering means the rear wheels can turn in the opposite direction to the fronts at low speeds (for improved agility) while moving in the same direction as the fronts at higher speeds (to aid stability). Those 21-inch wheels have plenty of mechanical grip as standard but for bigger contact patches, Alpina offers an all-new forged 23-inch alloy package if necessary, while stopping power is provided by four-piston fixed Brembo callipers with 394mm discs up front, complemented by even larger 399mm rear discs with floating callipers. All the callipers are painted Alpina Blue and have white 'Alpina' logos on them.

The subtly enhanced looks of any Alpina can be spotted on the XB7, which has its own design of front bumper/air intake complete with 'Alpina' embossed lettering, and at the back are the trademark large, quad-exit ovoid exhausts. Inside, Alpina takes the finishing to an exquisite level with high-end Merino leather trim, Multicontour Seats with heating, soft-close doors, an Alcantara headlining and a leather-topped cowl for the instrument panel. A three-part panoramic roof is standard on the XB7 but an optional Panorama Sky Lounge LED Roof can be specified in by owners, if they so wish. Up front, blue-illuminated switchgear is another Alpina hallmark, as is Alpina Myrtle Luxury Wood trim. There are further finishing and detail options available for the big SUV, though, so this list is hardly exhaustive.

Published on May 19, 2020
Written by Matt Robinson