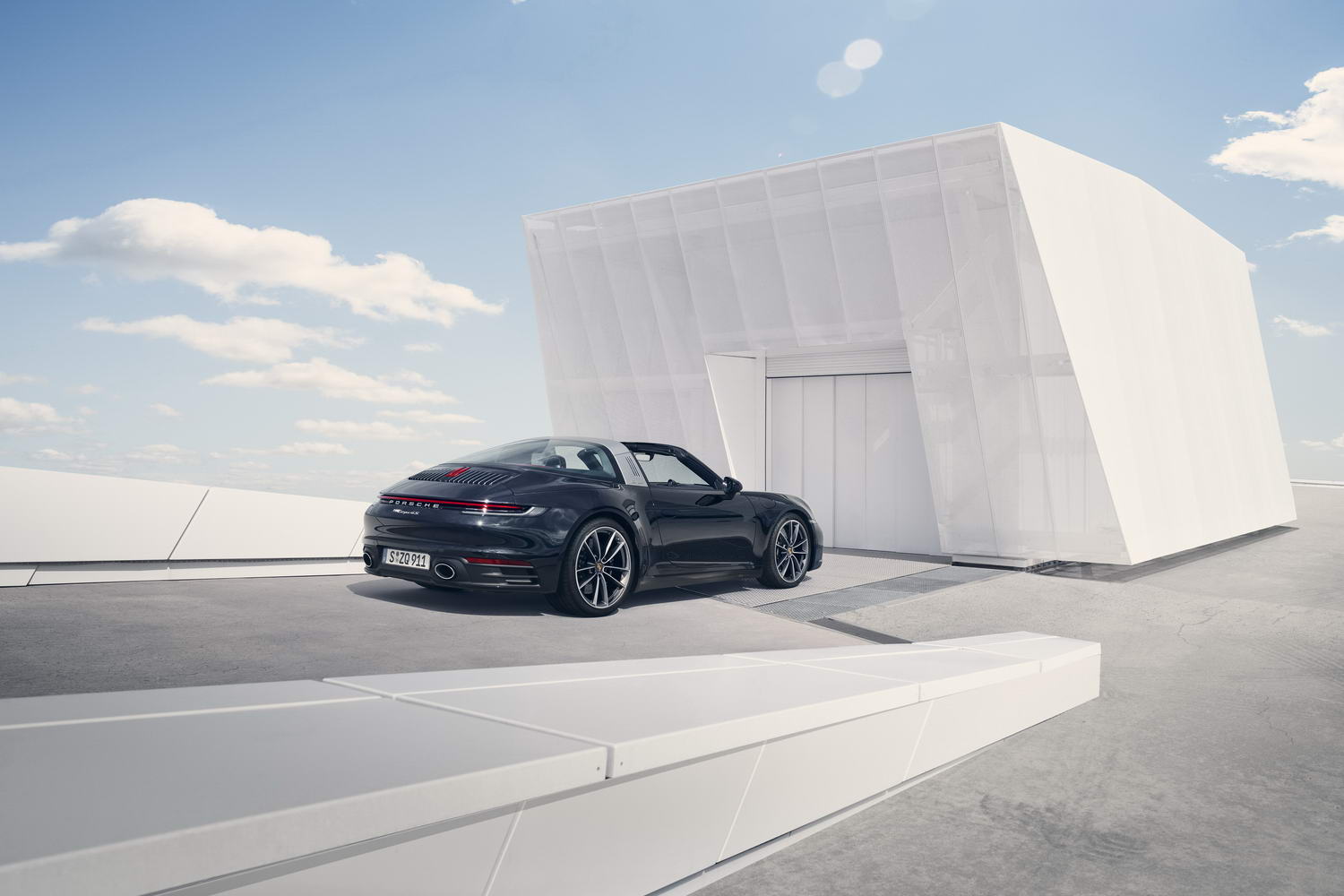 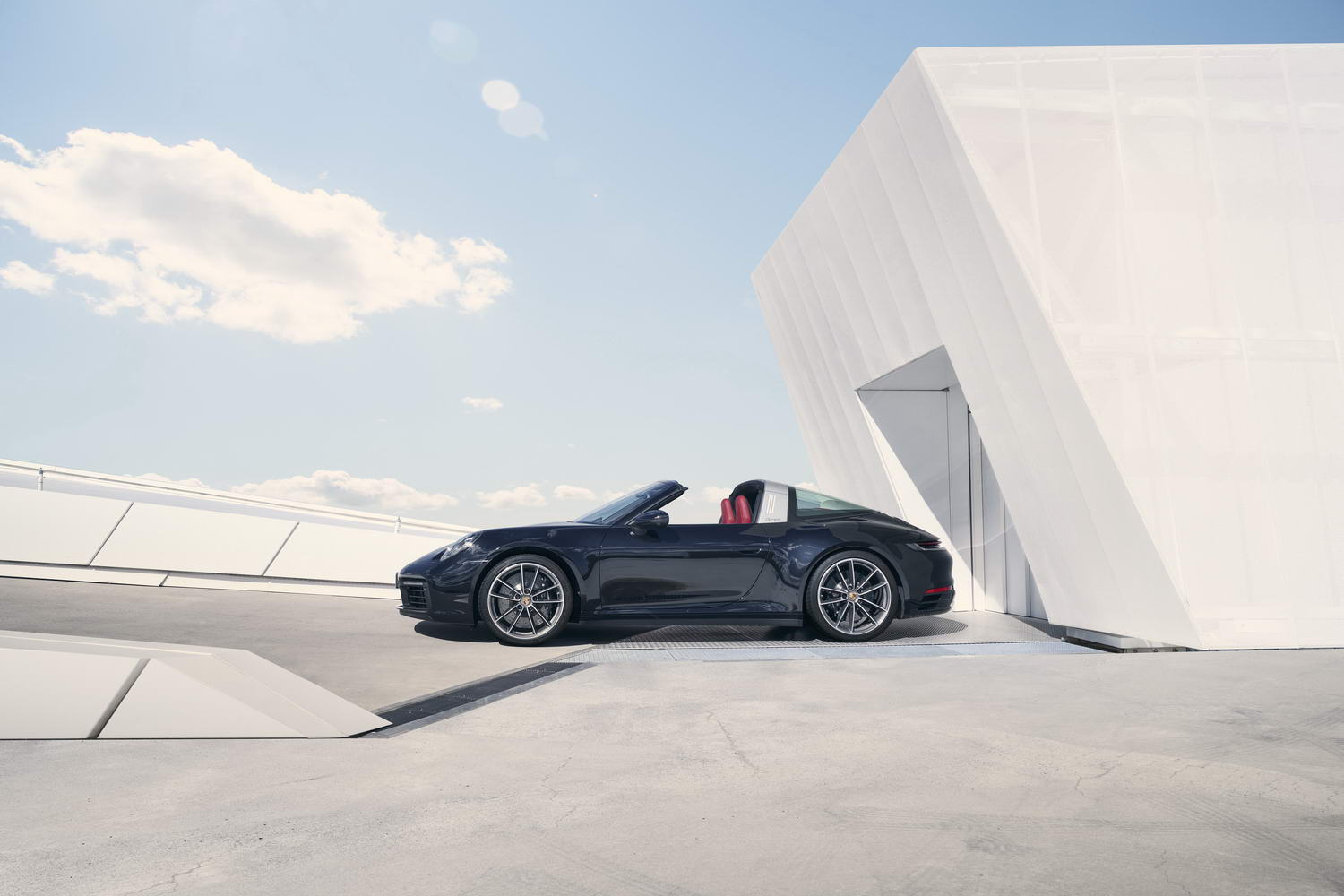 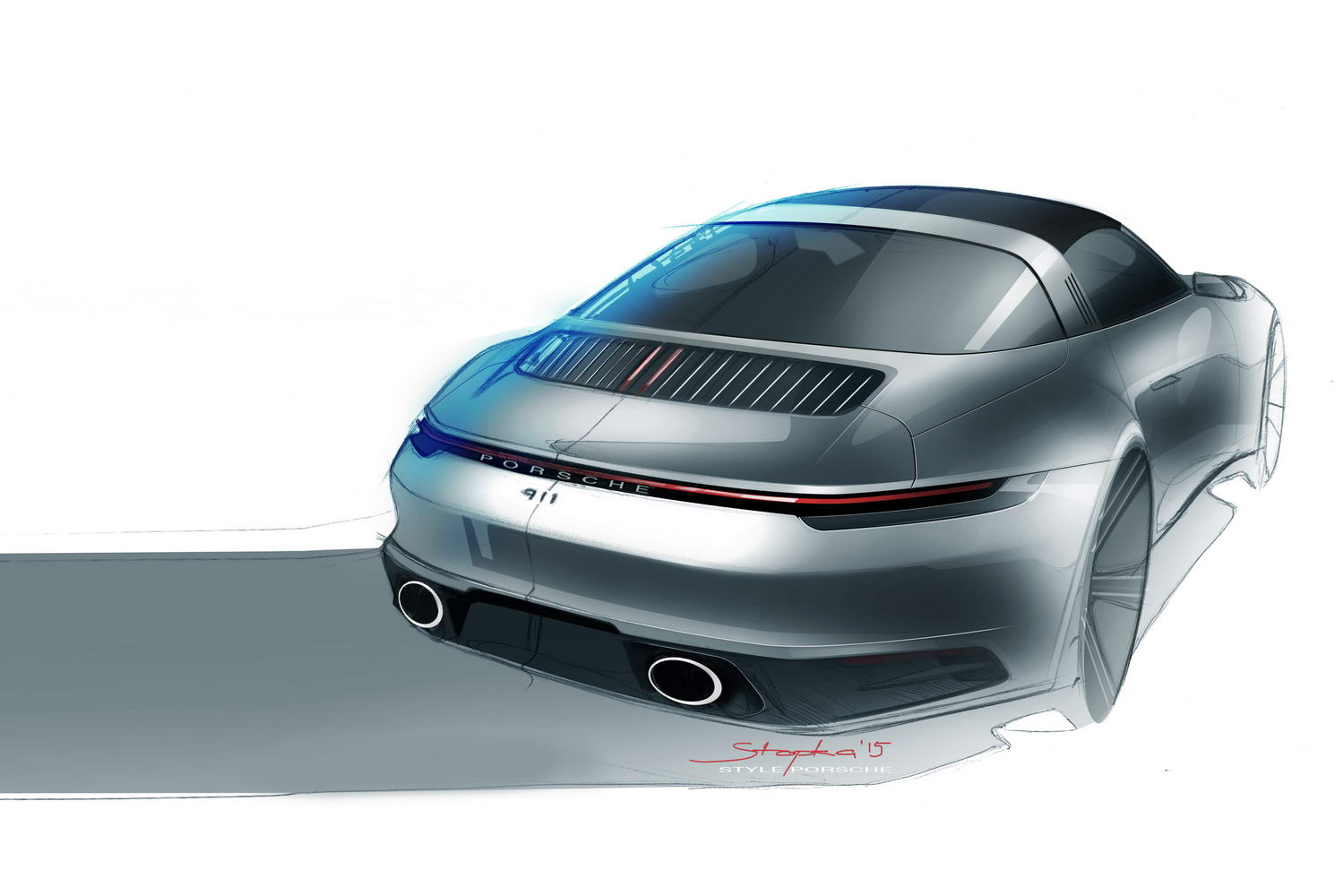 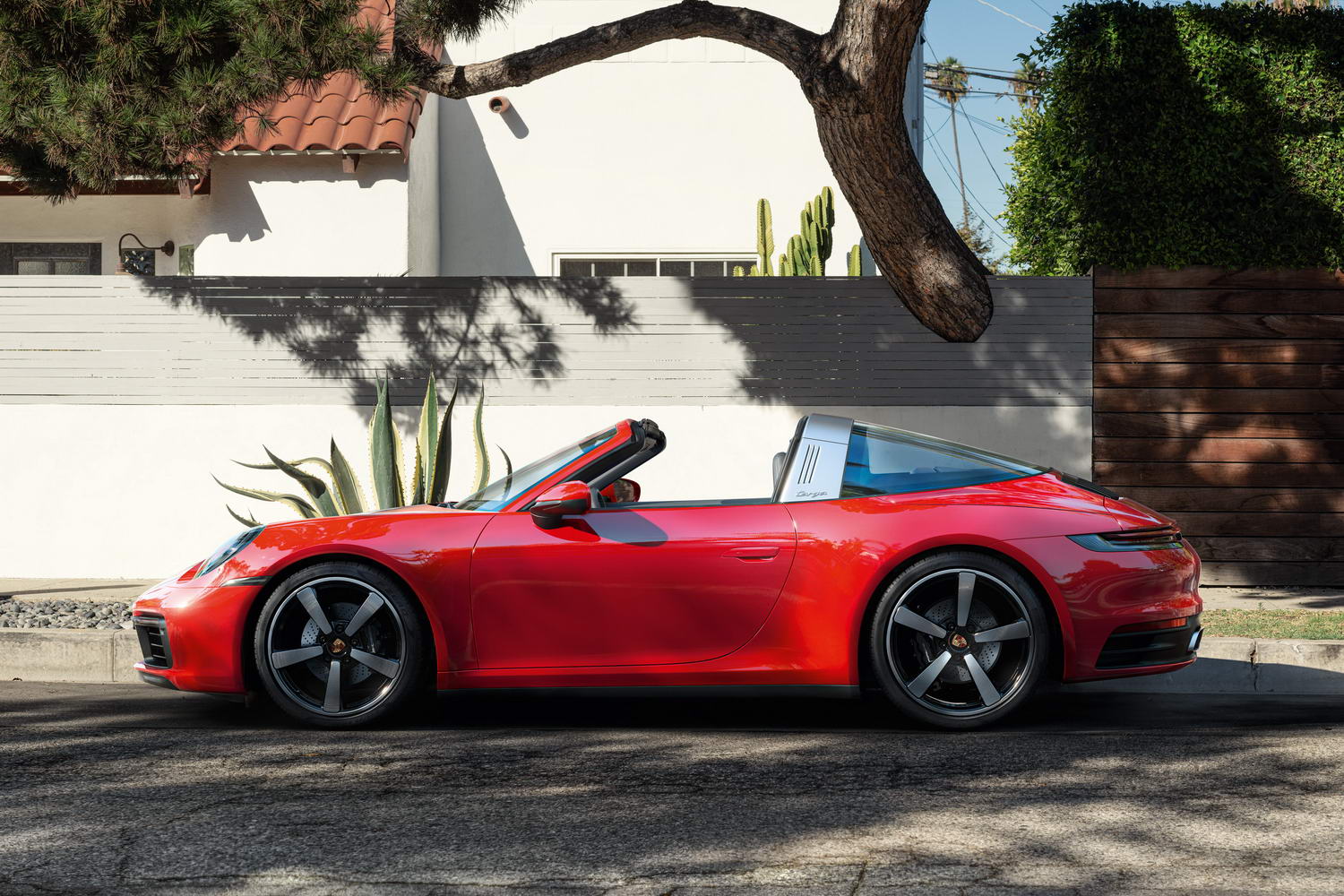 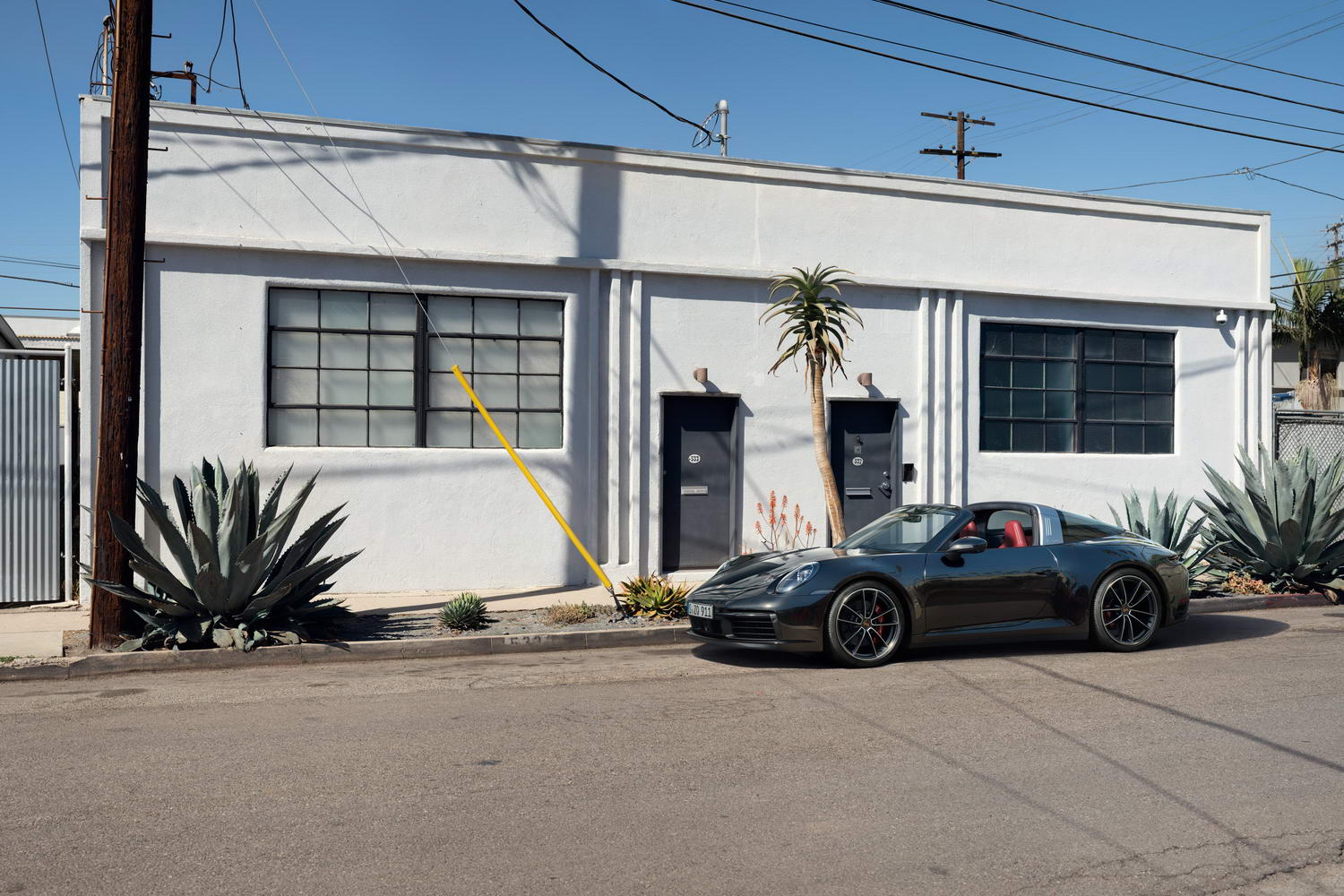 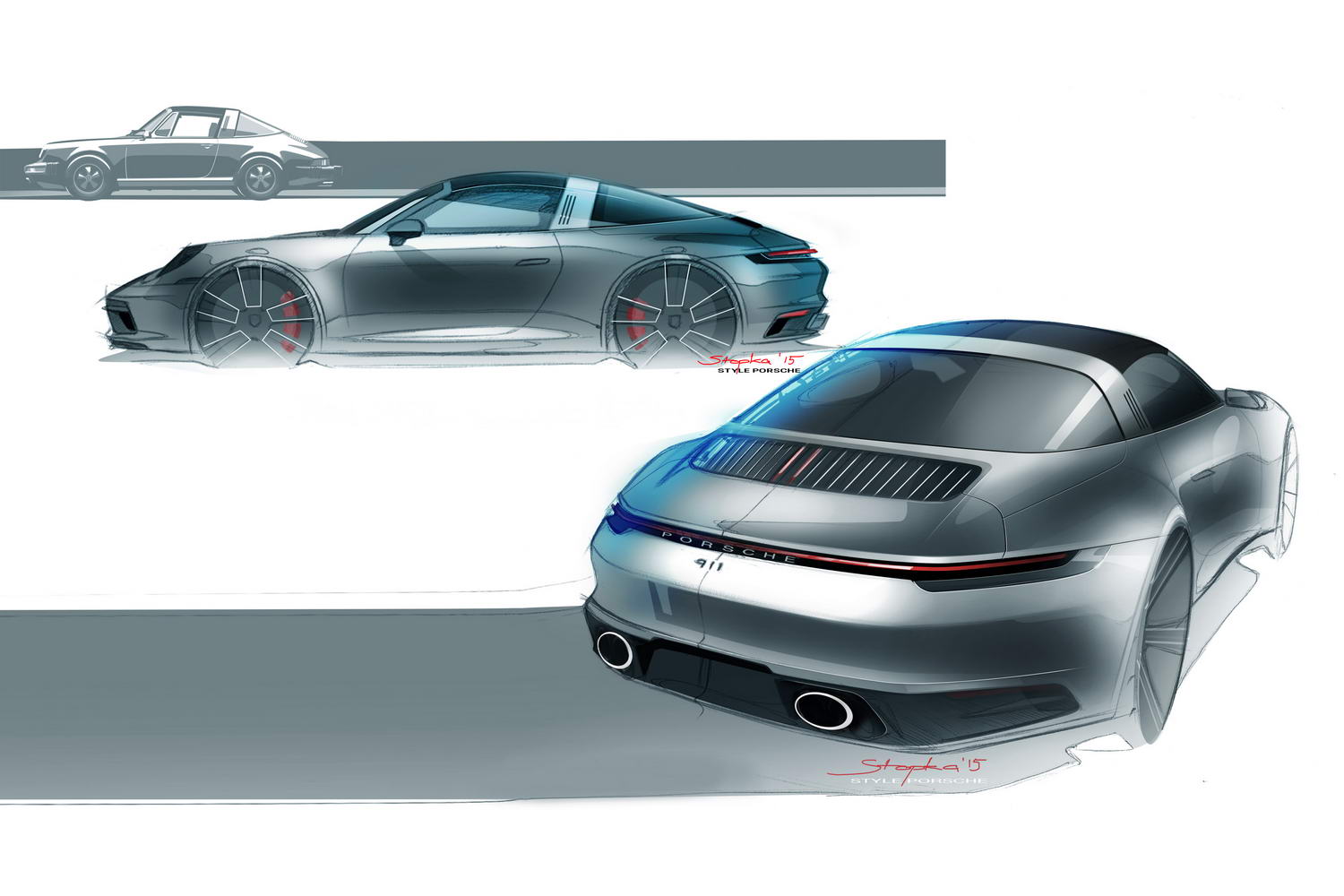 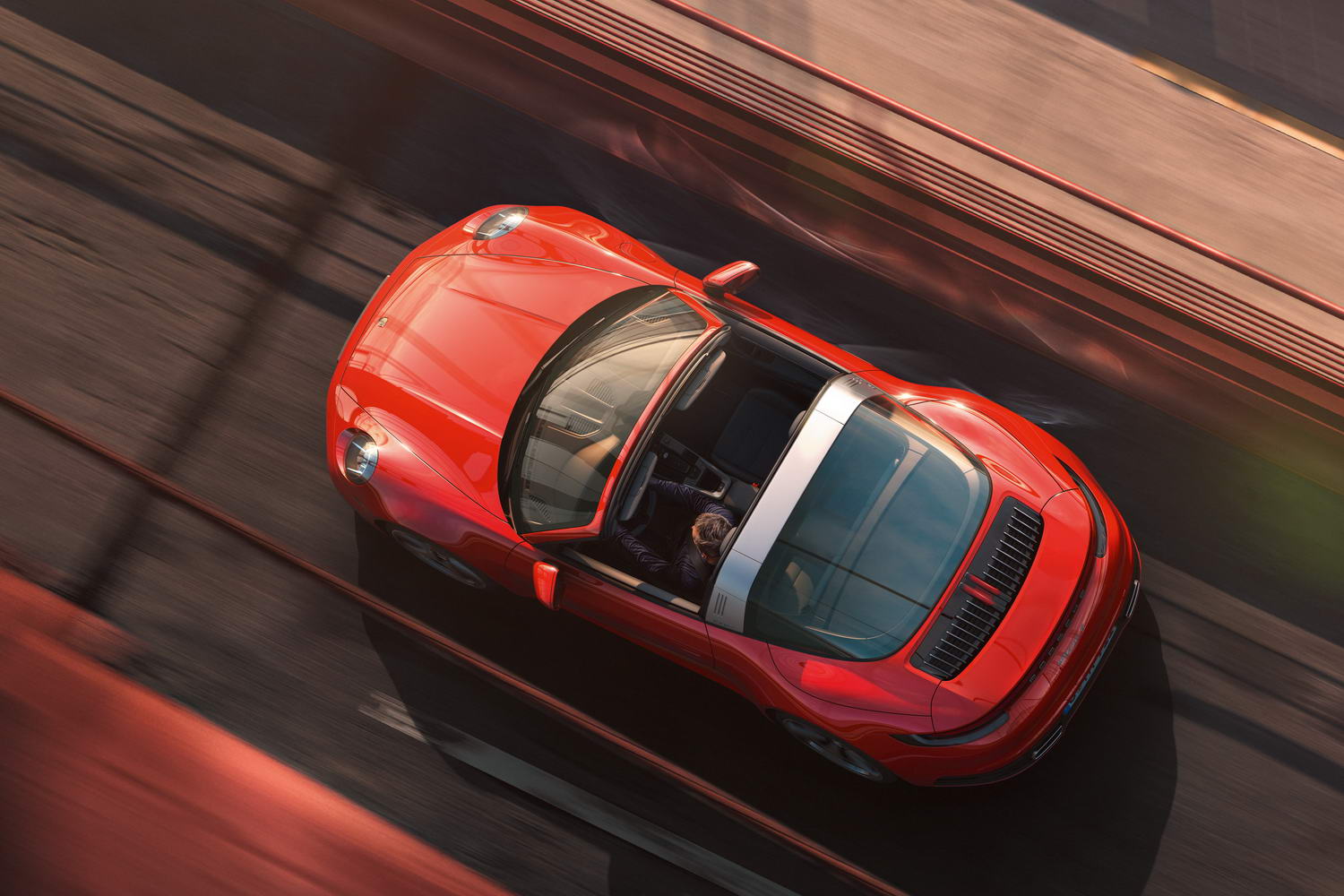 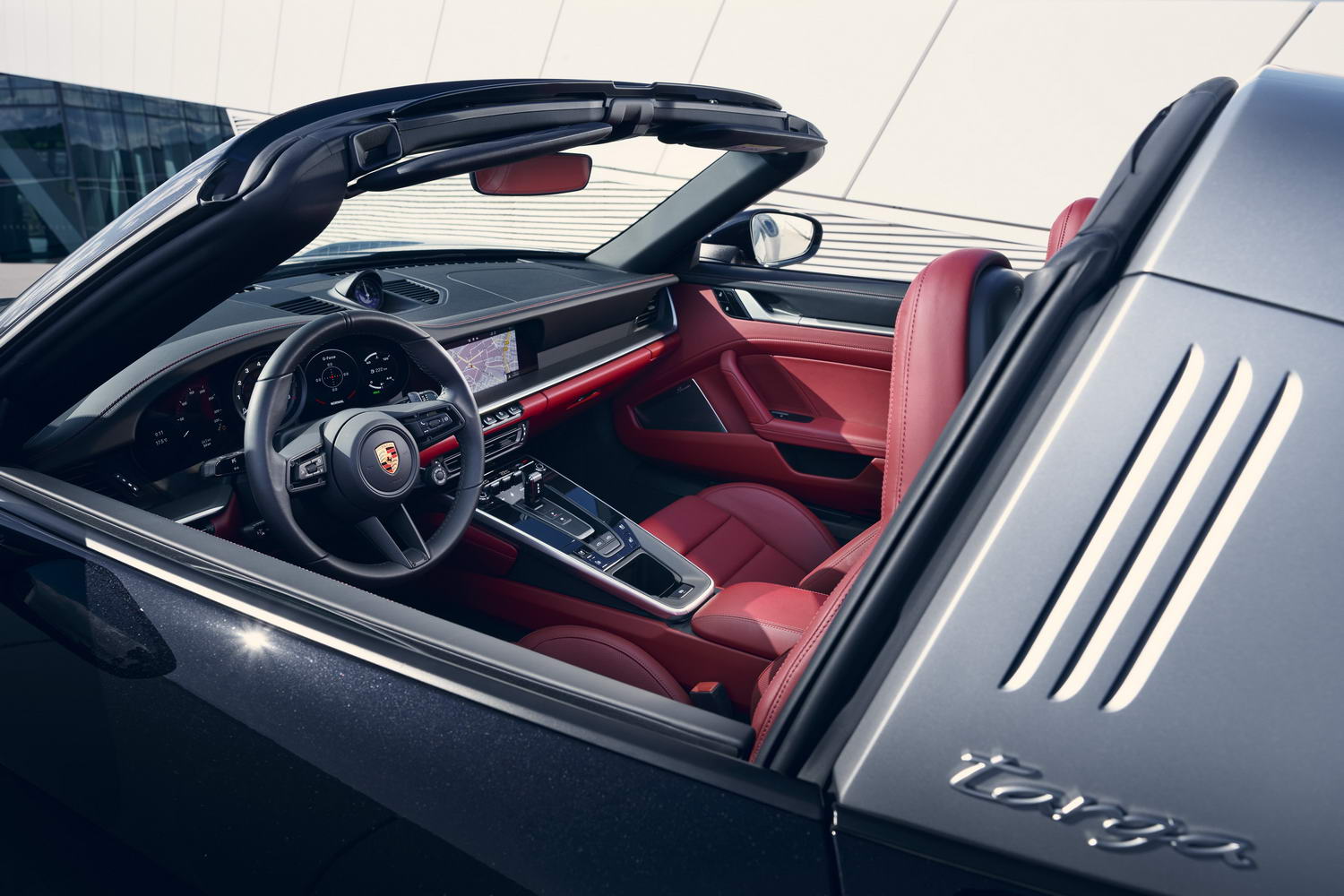 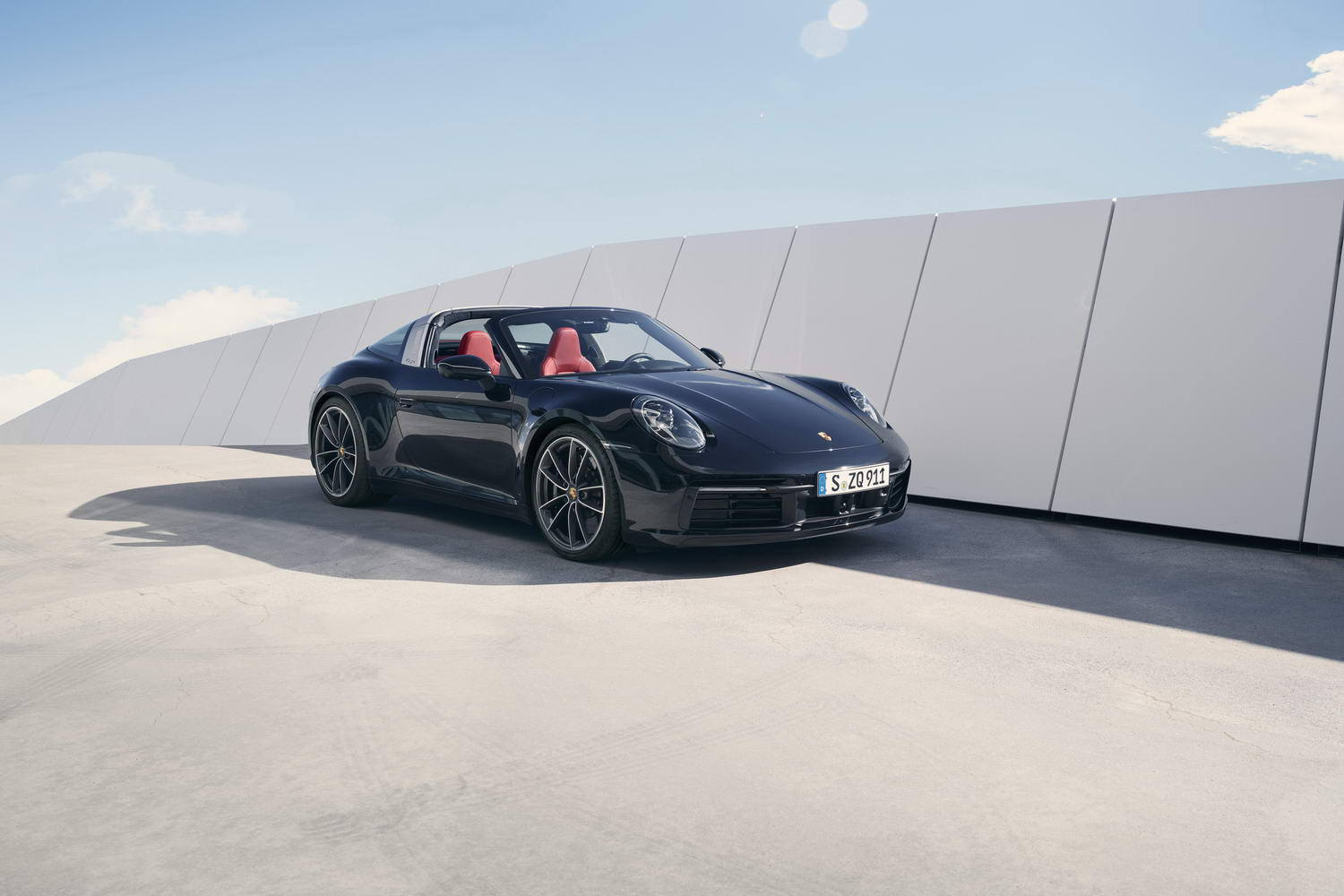 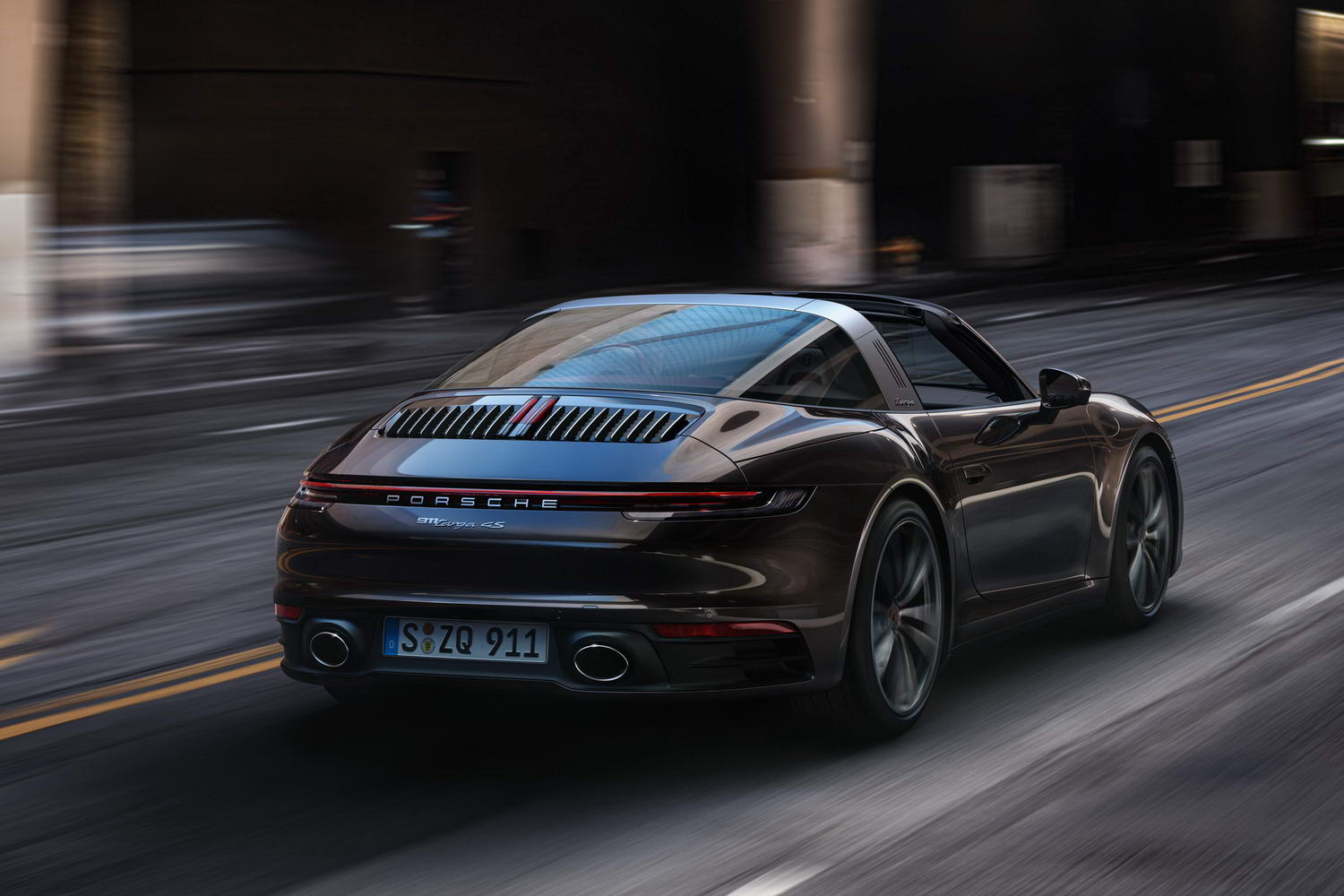 Porsche has revealed the first details of its new 992-generation 911 Targa, the third body style in the range alongside the 911 Coupe and 911 Cabriolet. And fittingly, it sits between the two, with a coupe-like silhouette, but the option to automatically remove the roof panel above the front seats. All versions of the 911 Targa use all-wheel drive and they're priced identically to the equivalent 911 Cabriolet.

The Targa is a design concept Porsche first revealed in 1965, when there were fears that full convertible cars might be outlawed in certain parts of America. The solution was an oversized rollover hoop in the middle, with a removable roof panel between it and the windscreen. Behind the hoop there was initially a removable plastic window section, though that was upgraded to glass soon enough and that style carries through to today's model. In fact, the new 911 Targa harks back to those of the late sixties in terms of the detail design of the central hoop and the wraparound style of the large rear window. The Targa name, incidentally, comes from the Targa Florio road race that took place in Sicily from as far back as 1906.

Following on from the 991-generation Targa, the new model's roof can be automatically stowed behind the rear seats in a theatrical choreography of moving parts. First the rear window and surrounding bodywork are lifted high in the air and pivot a little back out of the way. Then a pair of previously hidden 'arms' grab the back of the roof panel and it seamlessly rotates into position at the back before the rear window smoothly resumes its correct position. This whole process takes 19 seconds.

Familiar engines, though AWD only

As with its predecessor, the new 911 Targa's engines (both familiar twin-turbocharged 3.0-litre units in a flat-six configuration) will always send power to all four wheels, via the so-called Porsche Traction Management (PTM) system. The entry-level 911 Targa 4 gets 385hp and a 0-100km/h time of as low as 4.2 seconds. The 911 Targa 4S gets 450hp, dropping the 0-100km/h time to 3.6 seconds. The 'standard' gearbox is Porsche's PDK dual-clutch automatic, though buyers of the Targa 4S can opt for a seven-speed manual alternative. It's touted as a 'no-cost option' and the Sport Chrono package comes with it.

The 911 Targa 4 rides on 19-inch alloy wheels with 235/40 ZR tyres on the front and 295/35 ZR tyres on 20-inch wheels at the rear. Meanwhile, the Targa 4S is fitted with 245/35 ZR tyres on its 20-inch front wheels and 305/30 ZR tyres on its 21-inch rears. The 4S gets bigger brakes, too, with the Porsche Ceramic Composite Brake (PCCB) upgrade is optional across the range. PASM (Porsche Active Suspension Management - variable damping in Porsche-speak) is standard, as is the 'Wet mode' introduced with the 992.

Porsche Torque Vectoring Plus (PTV Plus), including an electronically controlled rear differential to divvy up torque between the rear wheel, is standard on the 911 Targa 4S (and optional on the Targa 4), but if you go for the manual gearbox, a mechanical limited slip differential is fitted instead.

Inside, the Targa models use the same mix of retro style and cutting-edge tech that's found in the rest of the 992 line-up. The Porsche Communication Management (PCM) infotainment system uses a swish 10.9-inch touchscreen and is loaded with connectivity functionality, including online navigation. Options include Innodrive, featuring adaptive cruise control, and Smartlift to raise the ride height of the front of the car.