We will be EV-charging robots 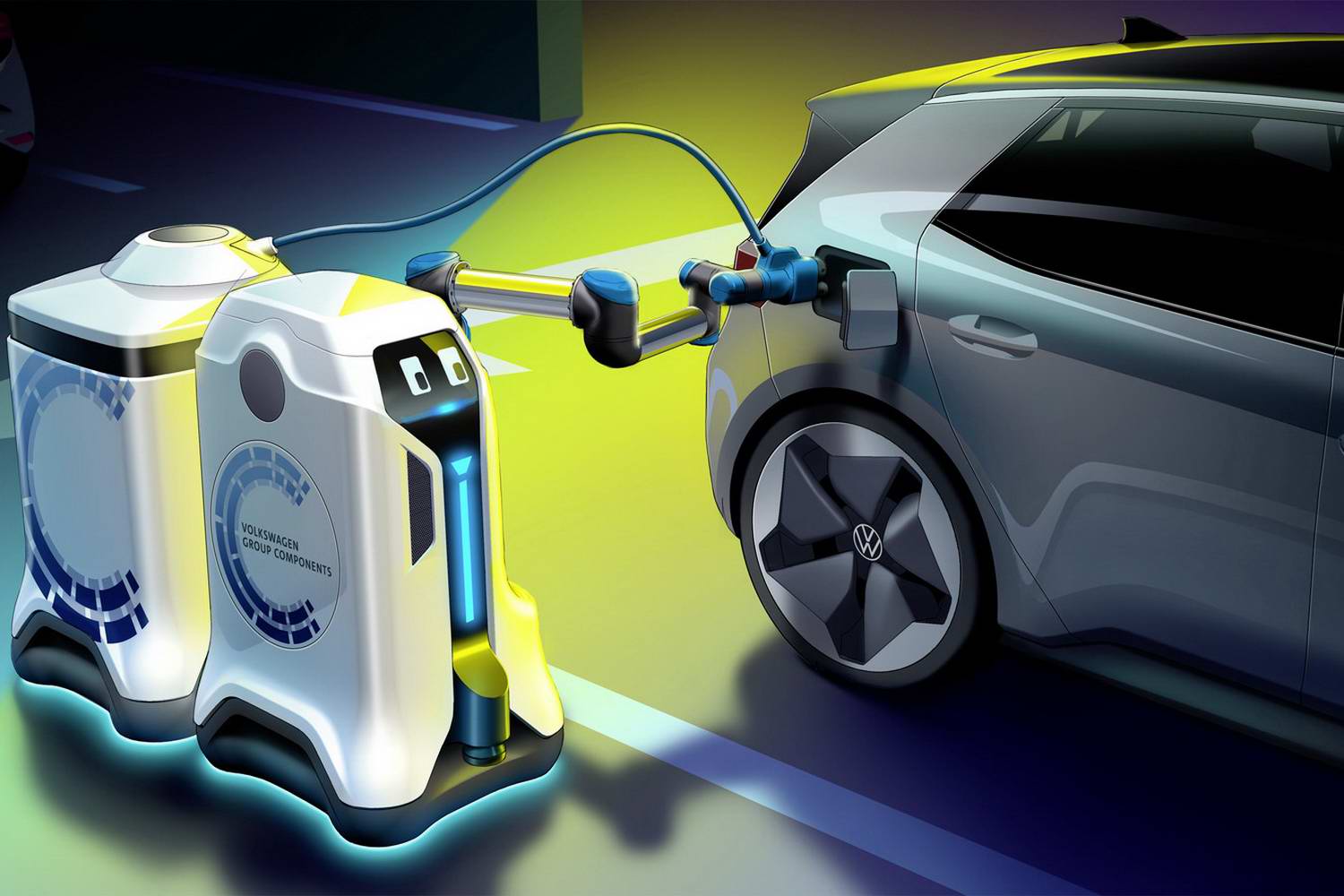 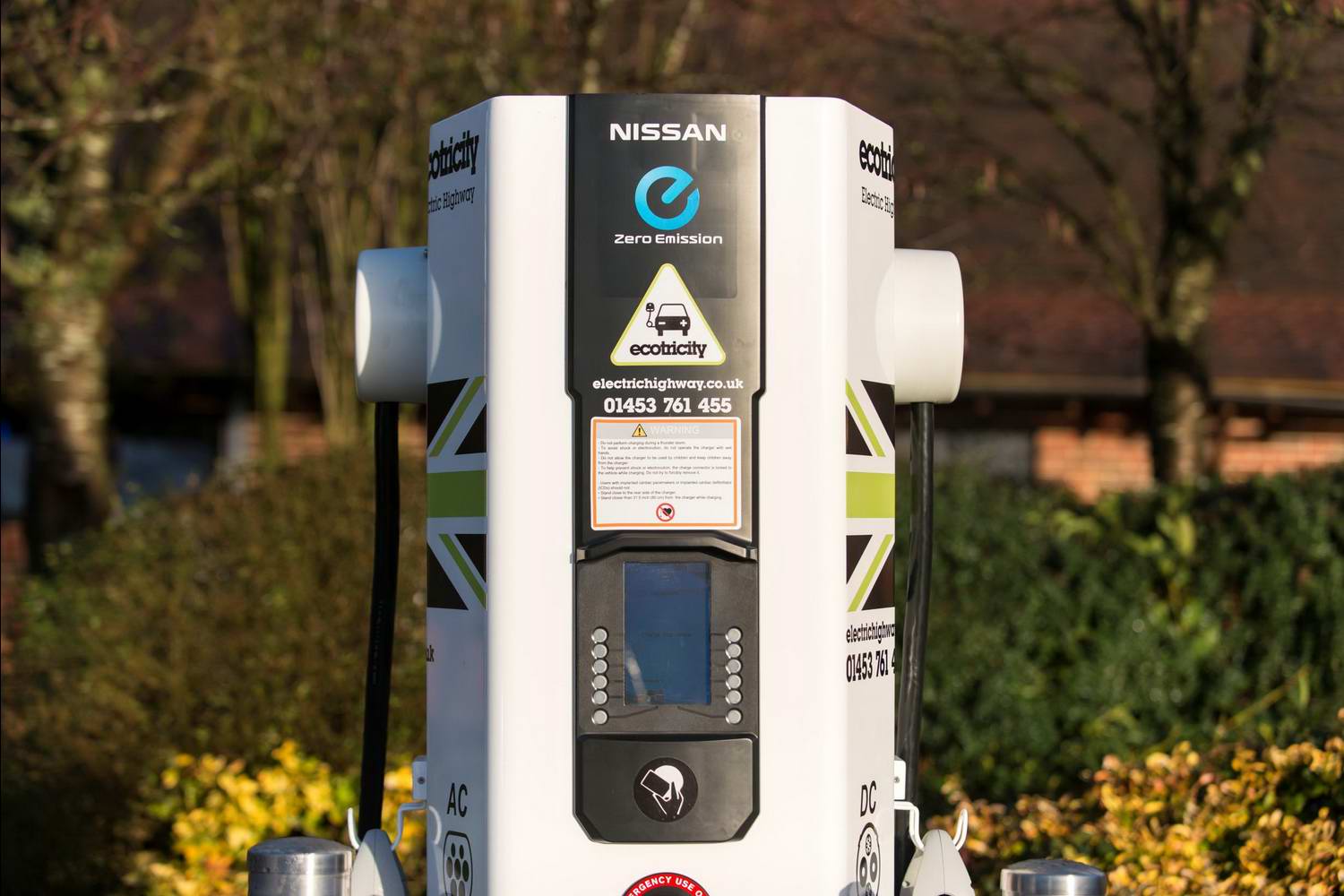 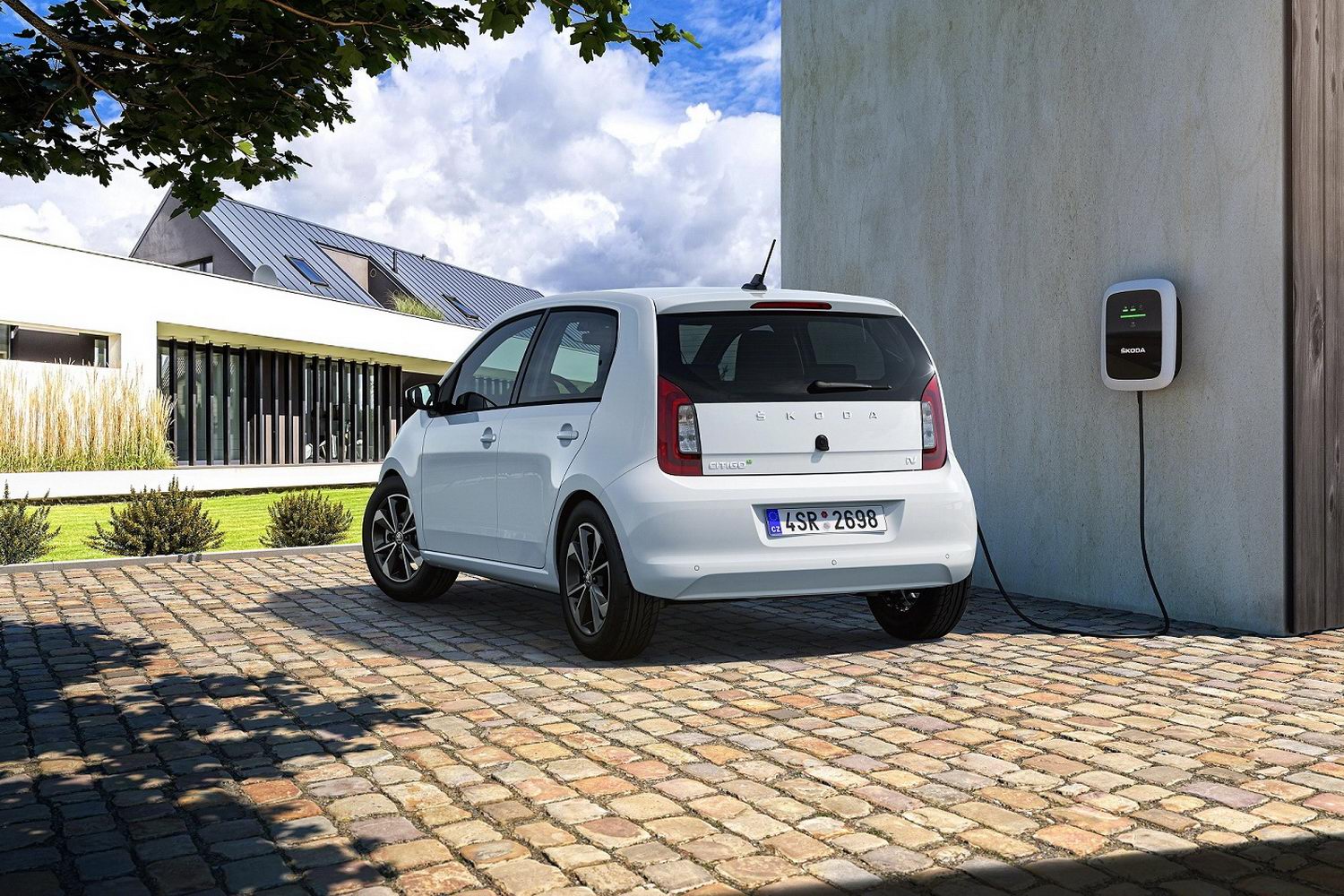 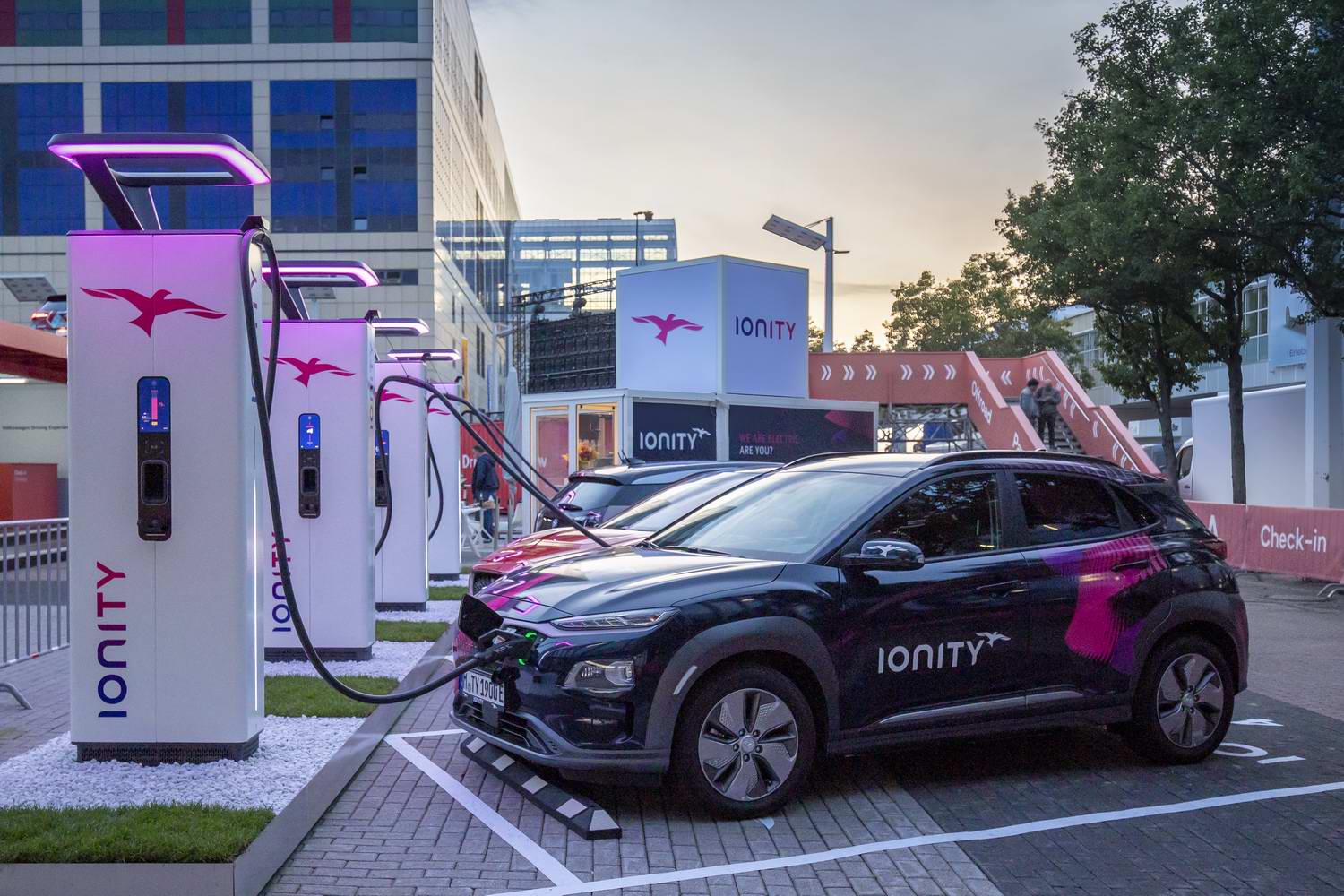 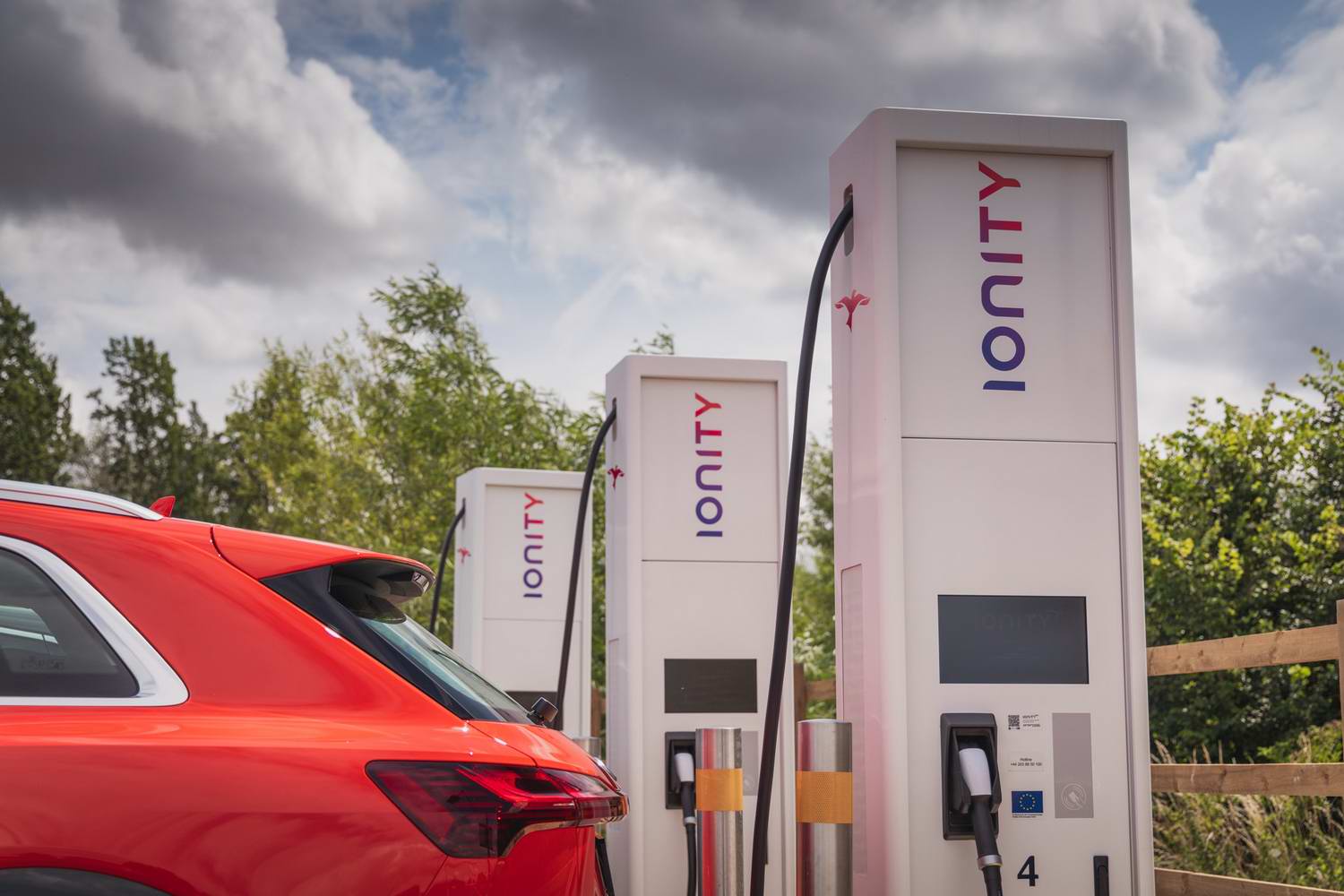 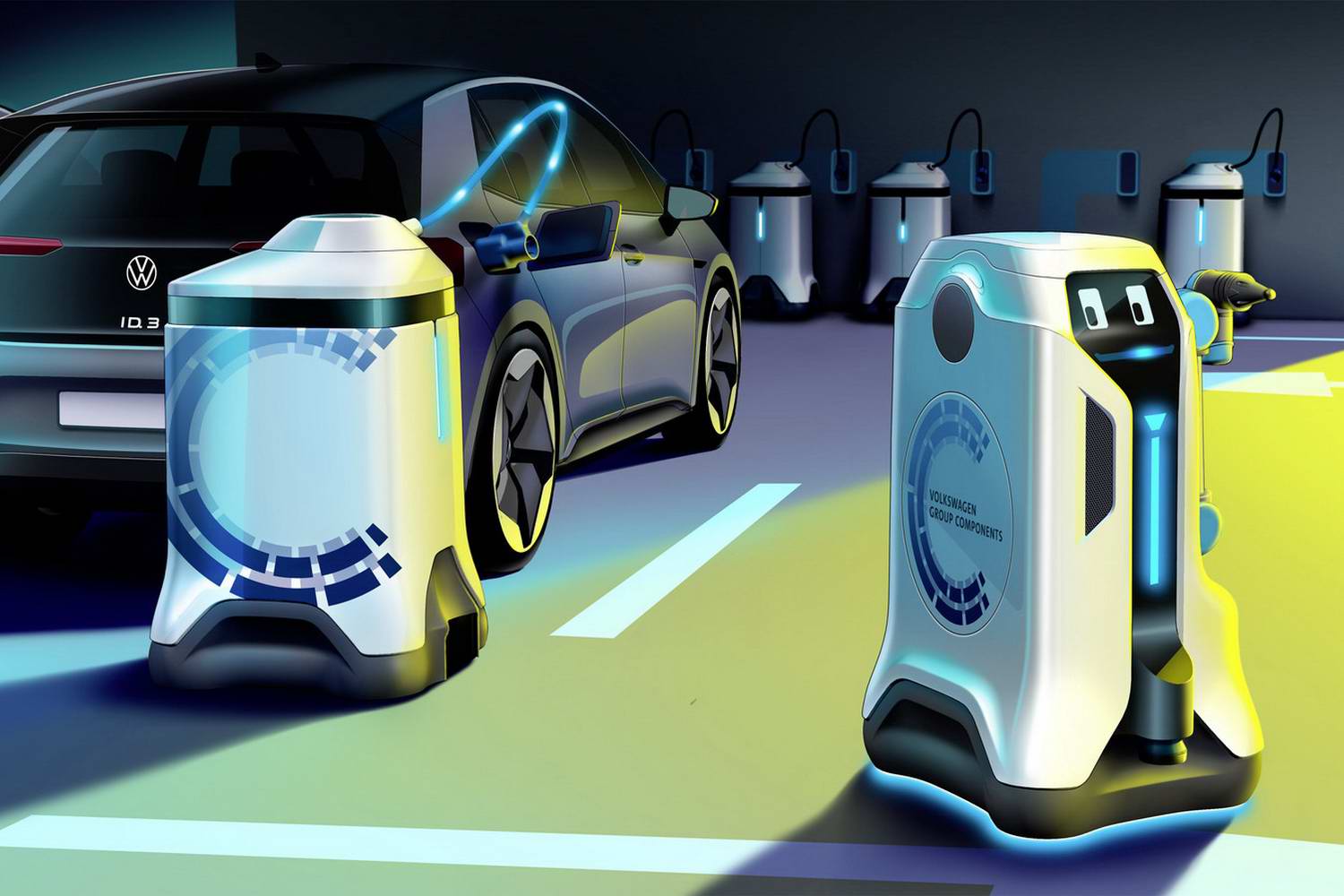 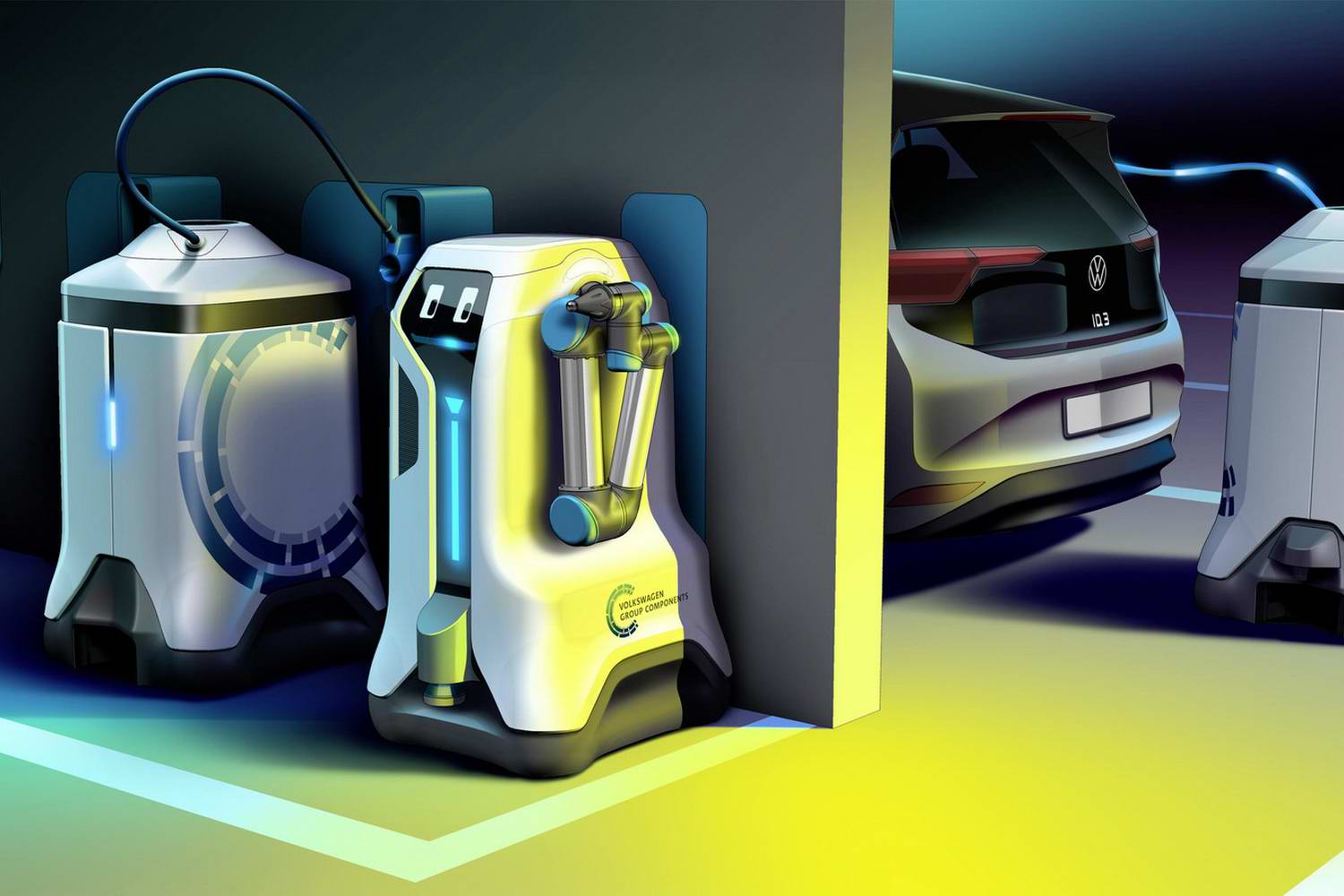 How we charge up electric cars should be the centre of all future-looking discussions.

I'm sure you've heard the story about NASA spending millions to develop a pen and ink that would work in space, while the Russian cosmonauts just used pencils. It matters little that it's actually a myth, but it does illustrate how the most sophisticated solution to a problem might not always be the most sensible. It's the first thing that came to mind when I heard about the Volkswagen Group's plans to create a veritable army of autonomous robots that are responsible for automatically recharging electric cars when they're parked up.

Now, VW's core idea has serious merit: 'Every parking space can become a charging point.' It sounds like the unachievable Holy Grail in a country where our public charging network is creaking under the weight of, well, hardly any electric cars at all, never mind 10 years from now, when our government, in its infinite wisdom (I really hope you can detect the sarcasm) expects the only new cars on sale to be ones that must be plugged in. I digress, as we've said plenty on that subject. Here we are dealing with the challenge of charging electric vehicles (EVs) on a grand scale.

Volkswagen envisages a state-of-the-art self-driving robot that is free to whizz around a multi-storey carpark (or any other large public gathering of cars that may need charging up), transporting 'battery wagons' to the cars that need recharging. The operation would be initiated via smartphone app, presumably, and that would feature a built-in account for payment, etc. Sounds lovely, doesn't it? Park your shiny new VW ID.3 on the third floor of the Brown Thomas carpark and then, when you've stopped for a coffee and you're checking your social media feed, open the relevant app and tap "charge my car!"

This sends a message to The Cloud, which already knows where your car is, of course, which then contacts some kind of control centre for the robot in charge of the premises/floor of the carpark. It grabs a fully-charged battery wagon, zips over to your car and plugs it in. Once done, it takes it away again to be recharged at a central hub. You get back to a topped-up battery pack and glide out of the carpark. It really would make life very easy indeed, wouldn't it? Can I get one for at home, too?

But how much would you be willing to pay for this ultra-convenient way of charging up your car? I predict that it would be heinously expensive to develop the software and hardware, produce, maintain and update these mythical robots, never mind the rest of the system. And while it might be technically possible to create such a robot, its challenges are considerable: it has to be able to open the charging flap of all EVs and communicate with them, not to mention the rather tricky navigation of a busy carpark full of stressed-out shoppers, people looking for empty spaces and kids running amok with trolleys. And you've seen Irish carparks, right? How many of them are uniformly flat in surface and layout? Exactly.

Here's a thought: why not ditch the robots and let drivers do that side of things for themselves? Think of the battery wagon that Volkswagen refers to like you would a shopping trolley. On each floor of, say, a multi-storey carpark, install a charging hub for these. I guess it could even be coin-released like a trolley, but maybe that's taking the whole simplification idea a little too far (maybe not...). Perhaps something more like the Dublin Bikes setup, where there's an app, people use credit cards and charging occurs until the battery wagon is reconnected to the hub. The wagon is then wheeled over to the car (you know, yourself, without the help of a robot), plugged in and the motorist goes about their business. Presumably the car's app will let the owner know when charging is complete. It wouldn't be difficult to charge per kWh transferred and then perhaps some other tariff to ensure people don't leave the battery wagons idly plugged into their cars unnecessarily. Those little details are easy to work out. The basic idea seems sound to me, if not without its own challenges in terms of electricity supply and cost/security of the battery wagons.

And city-centre multi-storey carparks don't need to be the only use of such an idea. Volkswagen suggested its robots could be used at big events (such as concerts or large sports events) and rest areas along the side of major roads, too. But we think its potential is further reaching again, extending to underground carparks for apartment blocks and even public streets. Never again would you have to search in vain for an empty parking space that also has a working car charger next to it.

What are the alternatives? A fixed charge point nearly everywhere a car might park? That's just not physically possible, never mind the cost. Wireless charging would be awesome, but again, the cost of installing it on a wide scale would be prohibitive and it's actually not all that efficient. That's probably a discussion for another day, as it would potentially reduce the size and weight of batteries needed in EVs, but even if everyone decided today that was the way to go, it would be decades before it was feasible. And, this article, suggesting the need for three million electric charge points across Europe by 2030, reveals the scale of the challenge ahead for all concerned.

So, maybe Volkswagen is on to something, but there's no need for the rocket science lads.