Have we reached the bursting of the classic bubble? 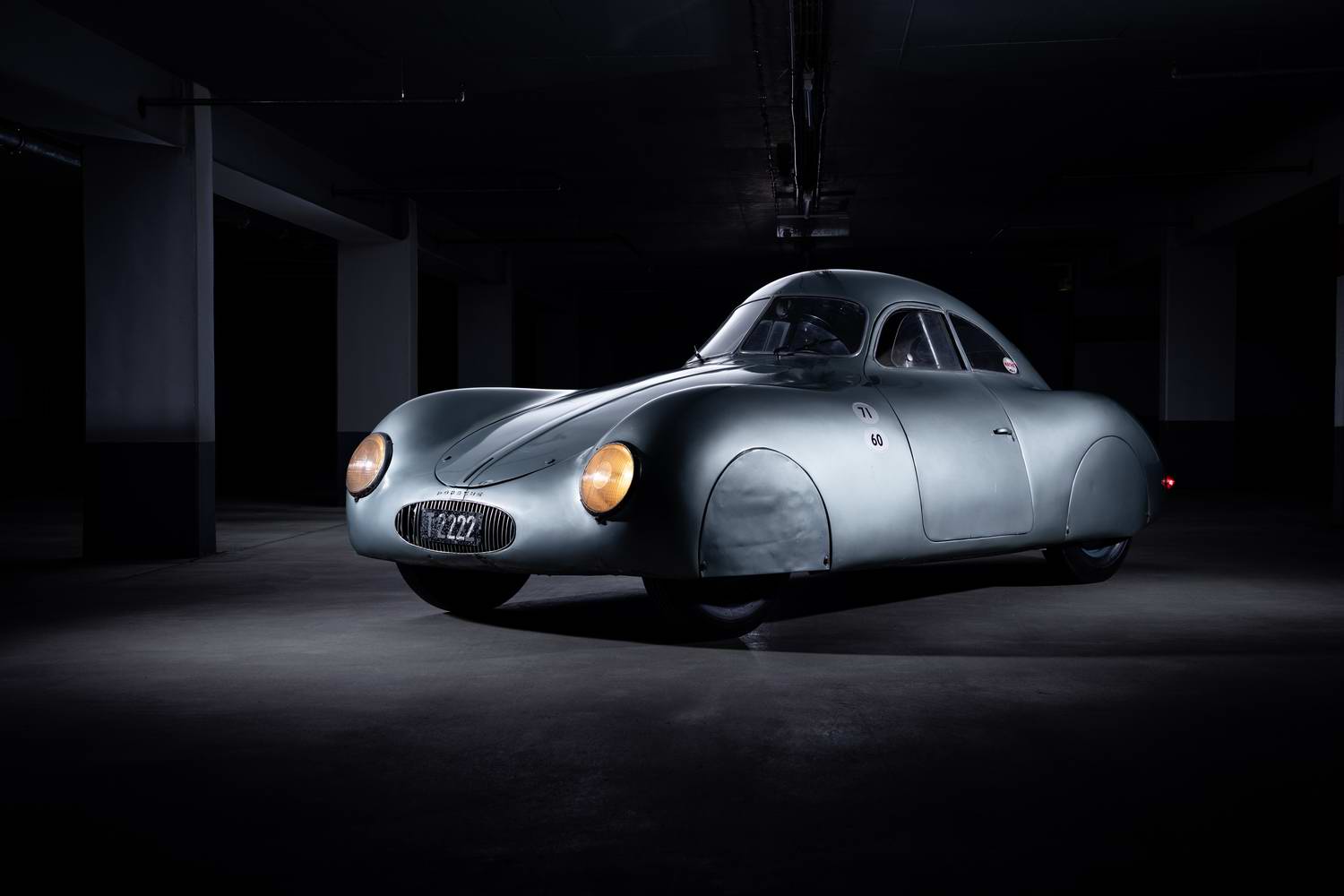 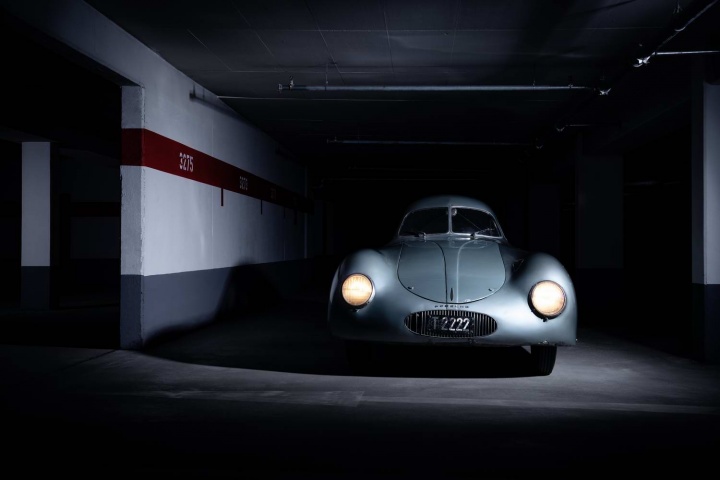 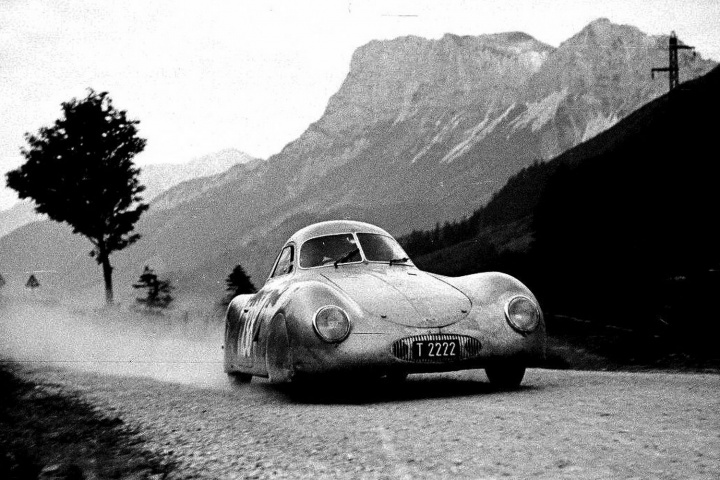 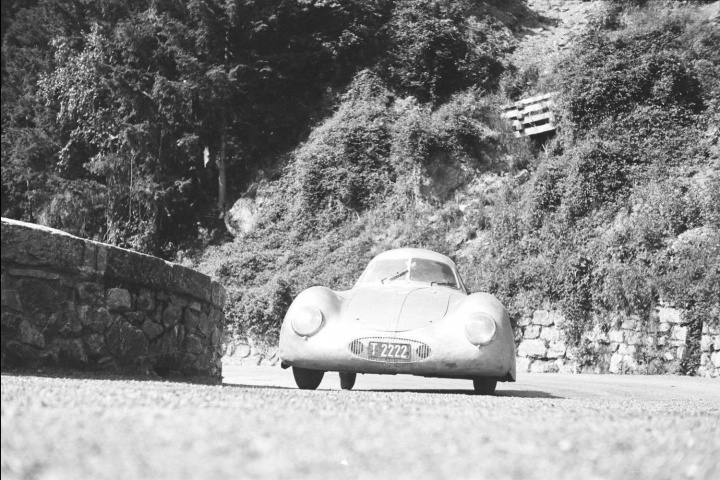 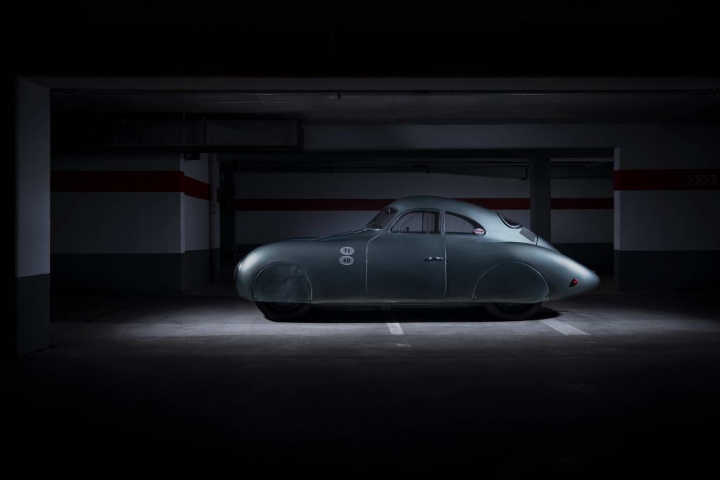 ‘First’ Porsche sale fail could be indicative of a long-expected global dip in classic car values.

The scenes at the RM Sotheby's auction late last year were bizarre in the extreme. Held as part of the star-studded and money-spangled Monterey Car Week in California, the Sotheby's sale is often a star-making night in and of itself. The auction often sells cars of great rarity, staggering cost and occasionally celebrity connection.

This one should have had all three, with a smattering of notoriety thrown in for good measure. The car in question was the Porsche Type 64, from 1939. If you're one of us car anoraks, you'll have noticed that date is almost a decade prior to the forming of Porsche as a car-making company in 1948, but founder Ferdinand Porsche was working as an engineer and designer long before that. He began designing cars as far back as 1901, for the Lohner company, but had achieved real fame as the designer of the remarkable mid-engined Auto Union Grand Prix car.

Infamy came soon after for Herr Porsche. He was contracted by the Nazi government to design the KdF-Wagen (which would eventually become the Volkswagen Beetle), became a member of the SS, was accused of stealing the Beetle design from Czechoslovakia's Tatra and was finally christened with the dubious soubriquet of 'Hitler's favourite engineer.'

The Type 64 was, up to a point, the first 'true' Porsche, although the Porsche name would not be added as a badge on the car until well after the Second World War. A one-of-a-kind car, and the effective beginning of an astonishing motoring dynasty, the 64 was expected to sell for big money at Sotheby's.

And then it all went rather pear-shaped. The sale of the car kicked off with an apparent bid of $30 million, before progressing quickly to an astonishing $70 million, which would have made it one of the most valuable cars in the world, ever. It quickly became apparent, though, that this had been a colossal mistake and that the big screen in the auction hall was being updated with misheard numbers. The auctioneer had actually said $13 million, with bids rising to $17 million.

To a mixture of jeers, boos and cat-calls in the hall, the sale eventually wound down with the Type 64 unsold, its reserve unmet. Afterwards, the car's provenance was even called into question, with some claiming it to be too much of a Volkswagen parts-bin special (with some Fiat components thrown in) for it to count as the first, true, Porsche.

Sotheby's issued a statement afterwards that said: "As bidding opened on the Type 64, increments were mistakenly overheard and displayed on the screen, causing unfortunate confusion in the room. This was in no way a joke or prank on behalf of anyone at RM Sotheby's, rather an unfortunate misunderstanding amplified by excitement in the room. The auction was not cancelled. The car reached a high bid of $17 million."

The failure to sell the Type 64 could be explained away as an oddball one-off, but actually there are some worrying signs (worrying for investors who've sunk money into the classic car market in recent years) that values of high-end classic cars are finally starting to slip. Such as slip has been predicted for some time, but as investors continued to pour money into old cars - seen as a safe haven for investment cash in the wake of the last recession - prices continued to climb.

Well, perhaps no longer. The overall take from the Sotheby's Monterey sale - one of the outright highlights of the classic car auction circuit, let's not forget - was some 25 per cent down on the previous year. A sign that the classic car market, running so hot for so long, is finally starting to thaw?

"The market is not what it was a year ago," Ashley Winston told CompleteCar.ie. Winston runs Palmdale, a car-sourcing and buying service that keeps close tabs on the market. "Take the Aston Martin DB5. That's a car that's probably down about 20 per cent in value in the past year. Even more recent stuff is softening. We've seen the likes of the BMW M3 CSL [a rare and desirable ultra-high-performance version] go down by about 25 per cent."

Winston feels that the market isn't so much dropping as it is correcting. Having been driven to ridiculous heights by speculators and investors, the prices of classic cars are now starting to come back down to a level that's affordable to those who truly cherish the cars. "The market will continue to fall, I expect," said Winston. "Those falling values will make investors wary, which will put more pressure on prices."

The safe money, if it can be called that, is now in more everyday classics. Forget €40 million Ferraris; how about an old Volvo? "You used to be able to get a Volvo Amazon for a couple of grand," said Winston. "In fact, one of those was my first car. Now you'd be lucky to find one for under €15-20,000." Other potential classics gaining value are E28 5 Series BMWs and even the W140 Mercedes-Benz S-Class from the early nineties. Investors, says Winston, won't look at cars such as those - they simply won't make enough money in one transaction for it to be worth their while.

Josh Sadler is heritage director of renowned Porsche experts Autofarm, and he told CompleteCar.ie that, when it comes to finding a safe-haven classic, there's no substitute for legwork. "Porsche values have softened, yes, but it's a cyclical thing" Sadler said. "Good, original, cars are always going to be sought after whether you're spending €60,000 or €600,000. More questionable cars, the ones without good history, tend to come to the market when things get softer, but provenance is everything. If I'm looking at a car the first thing I look at is the paperwork, partly because it's so hard to fake. Patina - real patina and use, as opposed to overly-shiny restorations - is becoming more desirable, and I think that's part of a search for greater authenticity. It's a question of picking a price range and finding a good one."