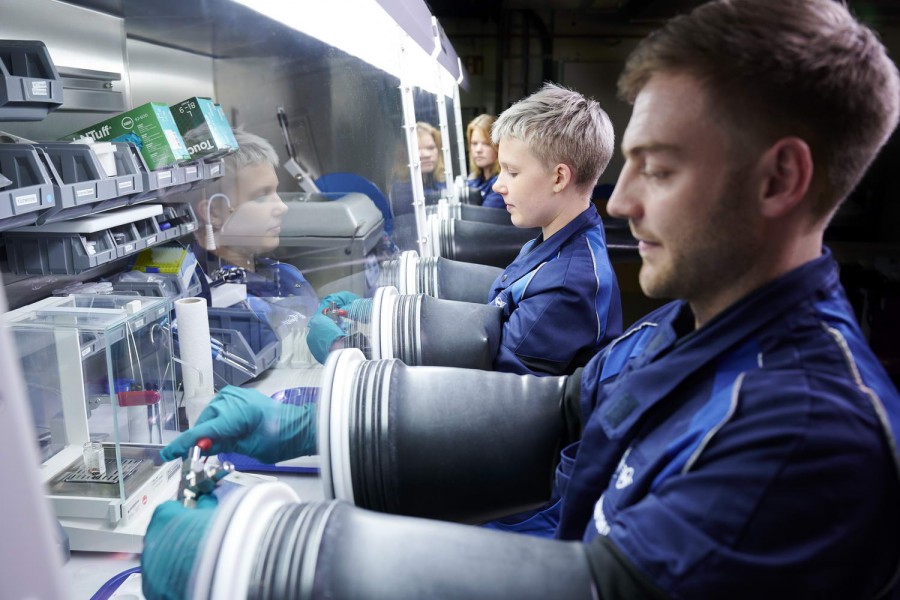 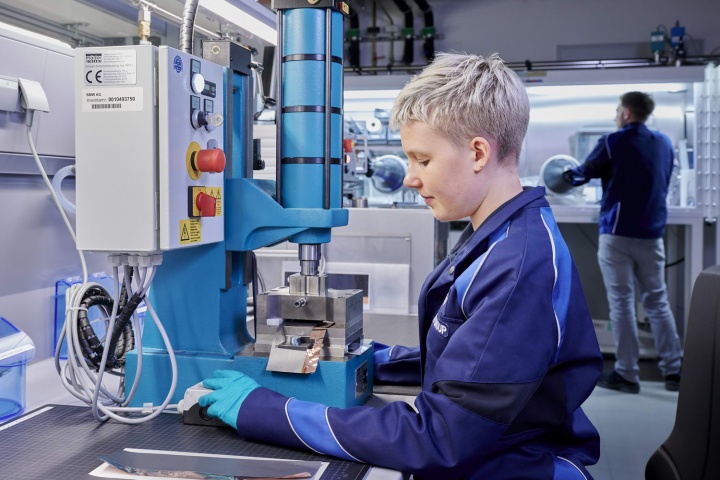 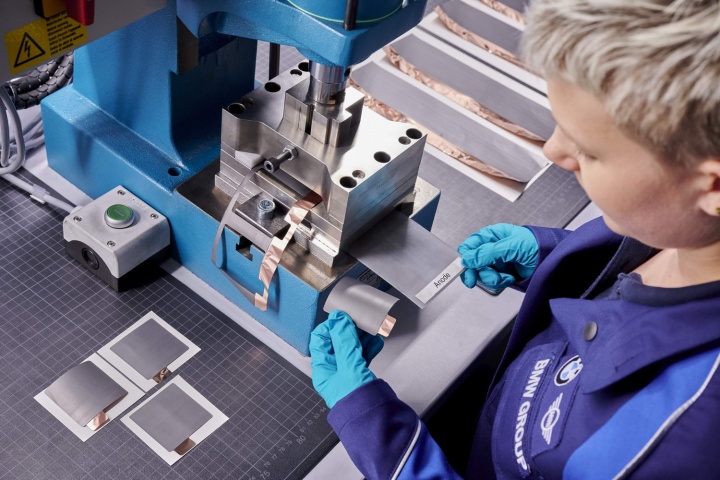 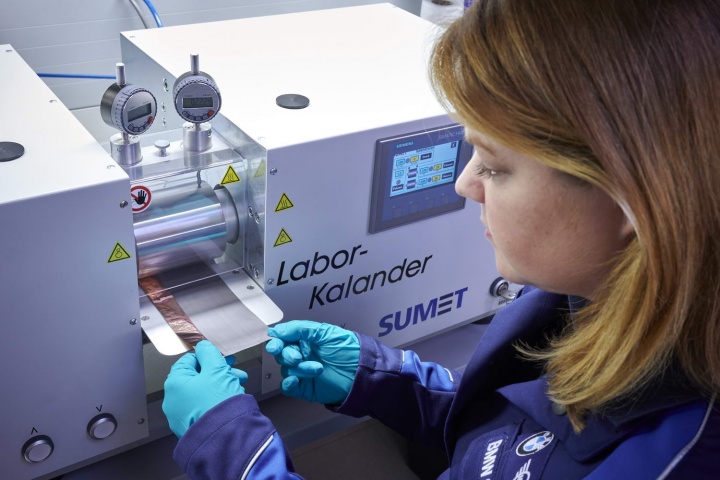 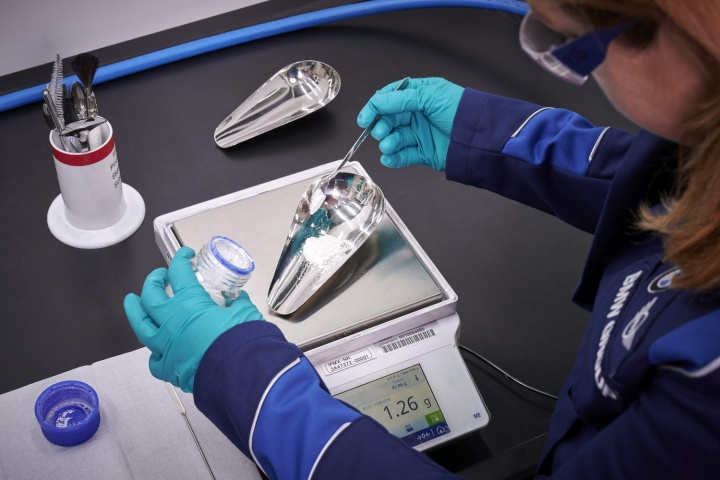 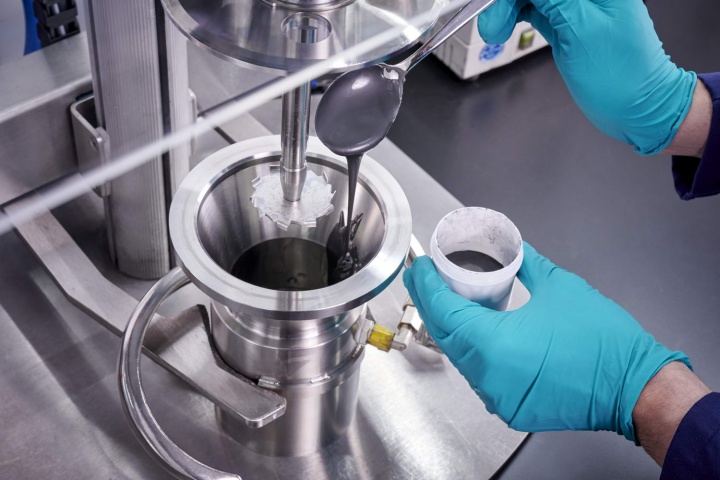 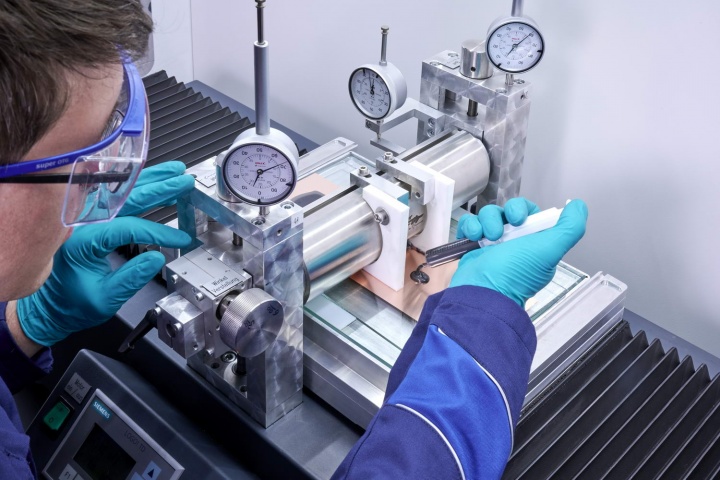 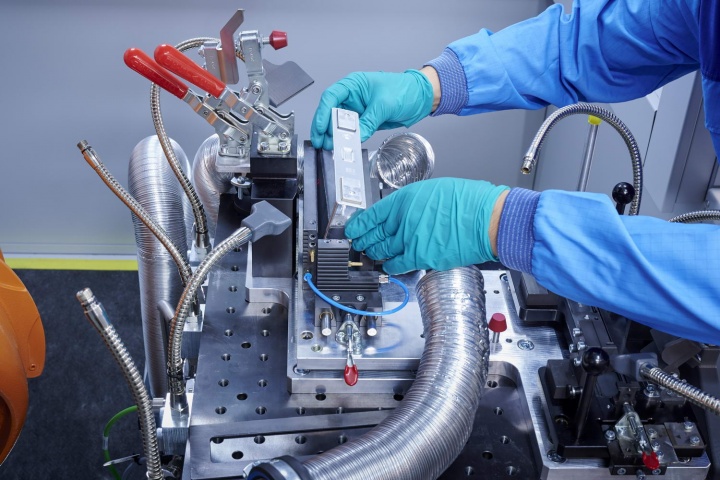 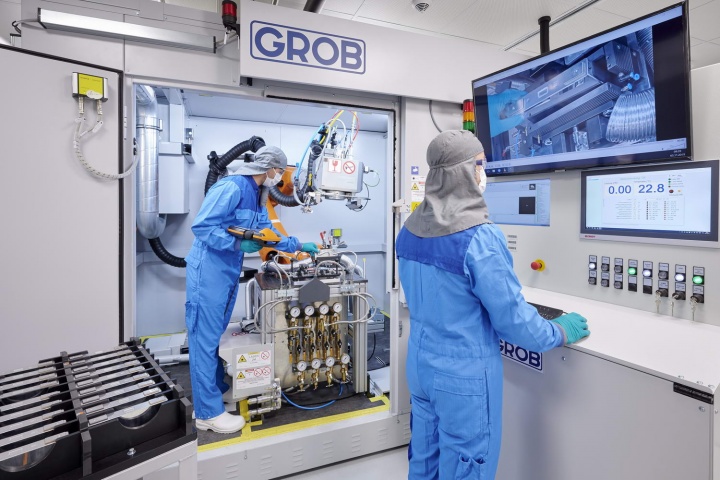 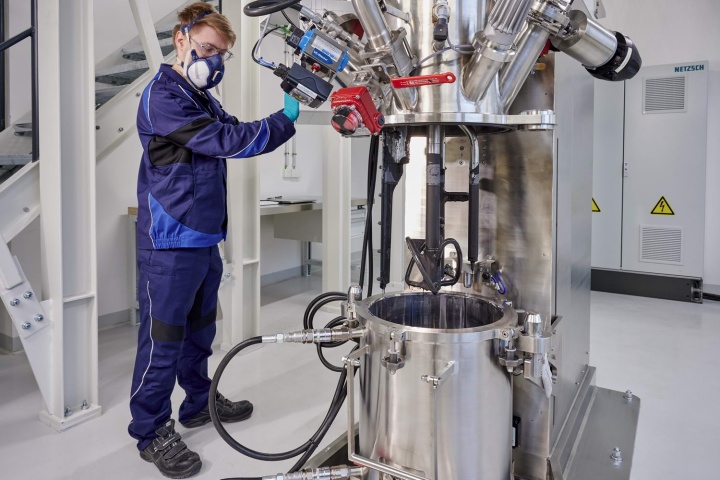 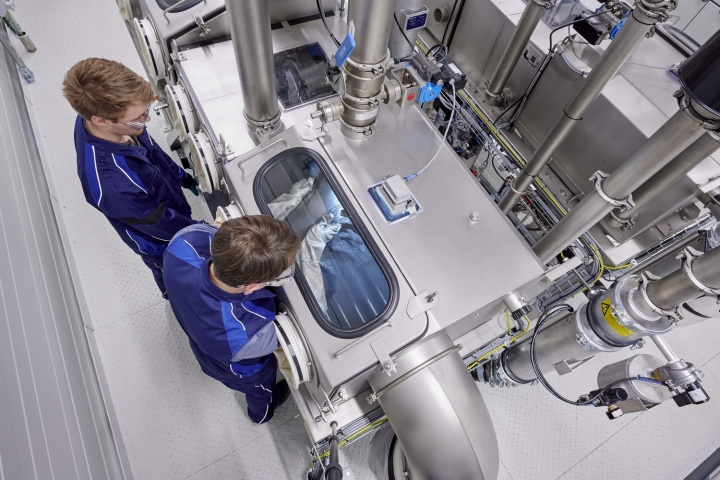 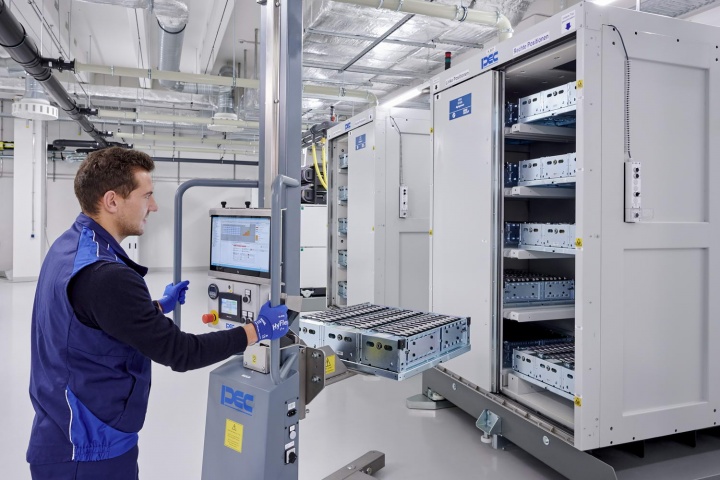 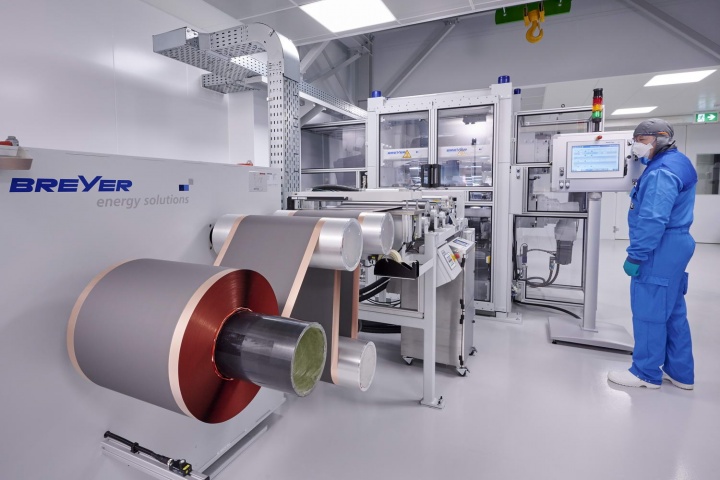 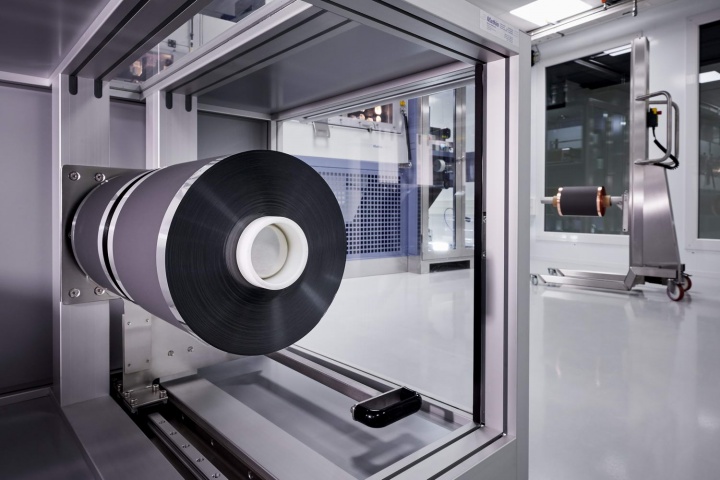 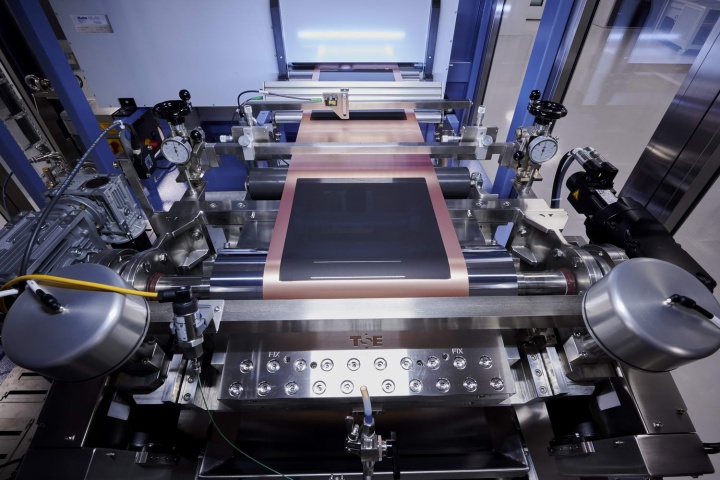 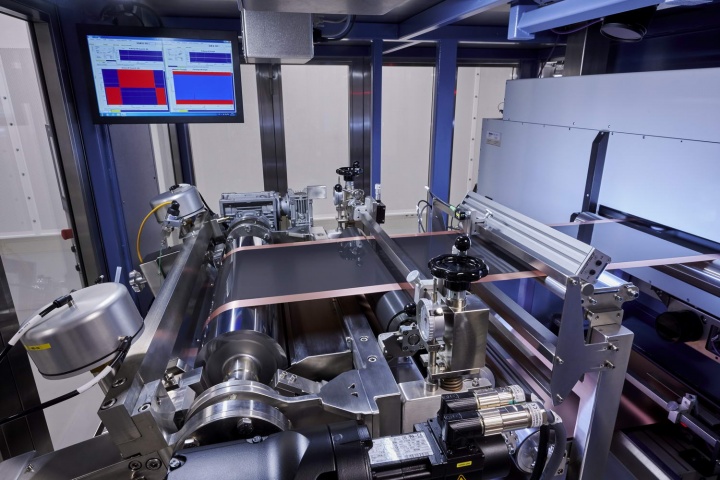 New ‘battery competence centre’ designed to give BMW a leg-up in the electric car arms race.

First things first; this is not a 'Gigafactory'. Despite Volkswagen and Tesla both recently announcing massive investments to establish enormous electric car battery factories in Germany, BMW is not - yet - getting into the business of making its own batteries on a mass scale. Instead, its new 'battery competence centre' on the outskirts of Munich, just a few kilometres from the company's famed 'four-cylinder' headquarters building, is essentially a small haven for battery nerds. It's a place where the fundamental science of building batteries for electric cars can be stripped down, taken apart, rebuilt in as many different forms as you can imagine, and - hopefully - perfected.

BMW, you'll have noticed, currently has only one fully electric car on sale right now and it's the i3. The same i3 that has been on sale since 2013 (albeit with major improvements since then in both its battery capacity and its one-charge range). Given that BMW got that i3 onto the market years ahead of most rivals putting an EV on sale, you might expect that the Bavarian Werke would have had a few more battery cars running around by now.

Well, it does - kind of. BMW has concentrated in the years since on producing plug-in hybrid versions of its conventional car line-ups. You can already buy plug-in variants of the 3 Series (now on its second plug-in generation), 7 Series (ditto), X5 (ditto, ditto), i8, 2 Series Grand Tourer, 5 Series and MINI Countryman, with the likes of the X1 and X3 to follow shortly. That, along with i3 sales, means that BMW currently has around half-a-million electric or electrified cars running around, gathering data on usage, power demand and performance,

"That's a huge data-set," Dr Peter Lamp, one of BMW's senior battery boffins, told CompleteCar.ie. "Not many manufacturers have that kind of advantage."

The idea of the competence centres (they really need a snappier title for it) is to draw on that data set, and to deploy a level of expertise in everything from battery chemistry to battery production that is unrivalled anywhere else in the motor industry. "The battery cells and components define the price of the electric revolution," said Dr Lamp. "Of the whole battery assembly, 80 per cent of the cost is in the battery, and 80 per cent of that cost is in the raw materials used. So, since 2009, we have been dealing with the interior of the battery cell, which is how we were able to double the i3's battery energy density and yet reduce its cost significantly since it was launched. So, in the future, we have to have an understanding of the deepest functions of even the raw materials in order to reduce the costs and the cost risks. You'll know that the market for lithium and cobalt is highly volatile, but that's our big advantage at BMW - we understand the way the raw materials work, and we also understand the way the batteries interact with the finished vehicle, and the way they perform for customers. So that's a crucial advantage, as it means we can optimise the process at both ends, without compromising performance."

It's this understanding of the nature of battery design, production and vehicle integration that BMW hopes will give it an advantage over its competitors as it races to launch new, fully electric, vehicles between now and 2023. Those will include the MINI Cooper S E, which goes on sale in the next few weeks. That will be followed by the i4 four-door coupe (based on the new 3 Series chassis and a rival to both the Tesla Model 3 and Model S), the iX3 electric version of the X3 SUV, and beyond them a new 'iNext' all-electric SUV, which has been previewed by a (controversially styled) concept car.

The batteries for those cars, and more electric models beyond them, will be designed, prototyped, built, tested to destruction, re-designed and re-built in the competence centre. BMW won't build its own batteries en masse, in the 'Gigafactory' way of rivals, though. For now, the Munich firm is content to do its own design and prototype work, before farming out production to its established battery suppliers. No-one's ruling out the future prospect of a BMW home-grown battery factory, but it's not a priority for the moment.

It's this focus on developing its battery technology knowledge that has BMW convinced that it's keeping parity with rivals, even though the likes of Audi, Mercedes and even Jaguar have brought newer electric models to the market, while BMW has not even replaced the i3 yet. "The feeling in many quarters is that Germany has missed the boat in battery tech" said Dr Audi Hänle. "But I do not believe that this is the case. We had to build our knowledge of the battery cells, test them, find out their performance level, their safety level, their lifecycle. I'm absolutely convinced that we are at eye-level with any of our peers in the electric car world."

Indeed, BMW isn't above throwing some shade at its electric competitors. As one engineer pointed out to CompleteCar.ie, BMW designs its batteries so that they can never catch fire, a clear reference to Tesla's much-publicised issues with battery fires. Company chief executive Oliver Zipse also took a swipe at rivals such as Volkswagen, saying that its push to develop unique, dedicated electric car platforms was simply because it had started later than BMW in developing electric cars. In spite of BMW being criticised in the recent past for not having a bespoke electric car platform, Zipse said that this was nonsense, and that using a single, versatile, platform for all models - whether powered by diesel, petrol, or batteries - is the best, and most cost-effective, way forward.

Not that BMW is above a little collaboration. Zipse confirmed BMW's tech-share arrangement with Jaguar Land Rover (the two companies will share both electric and petrol tech in the coming years), but stopped short of saying that this would lead to a potential shareholding, even a merger, as has been rumoured in recent weeks.

Other engineers confirmed that there is an informal back-door collaboration between all the German car makers when it comes to electric car tech. "We all meet up at conferences and share data and innovations. It doesn't make sense to try and keep things for individual advantage when we are all working with limited resources."

Finally, BMW sought to head off criticisms that there are serious ethical problems in the supply of raw materials for batteries, especially when using cobalt mined in the Democratic Republic of Congo. To allay such concerns, BMW announced that between now and 2025 it's going to source cobalt (used for the battery terminals) from mines in Australia and Morocco, which have signed up to the highest standards for worker welfare, ethics and environmental protection. It's also working with chemical firm BASF and Samsung in the Congo to work with mines and mining communities to establish best practices and try to move the mining industry there away from its inglorious past.