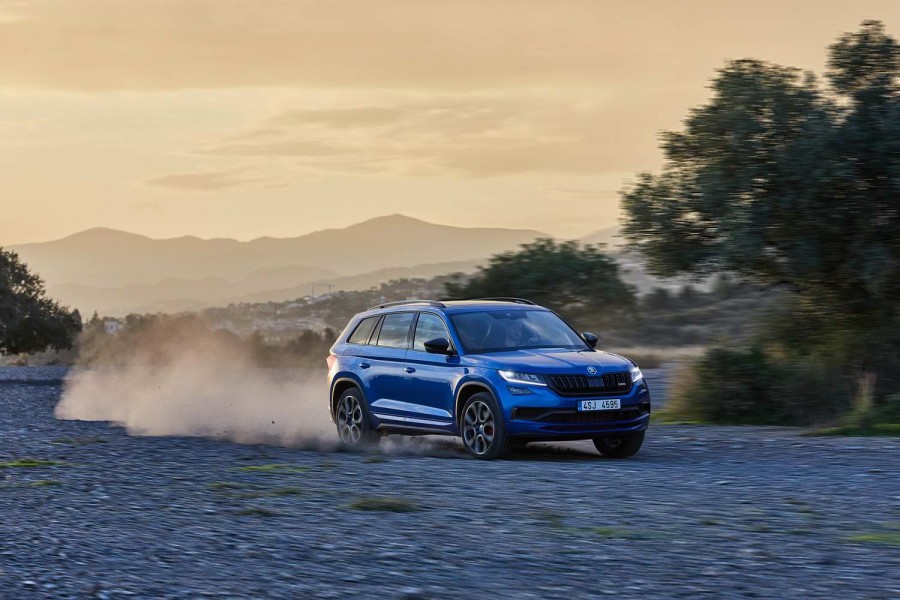 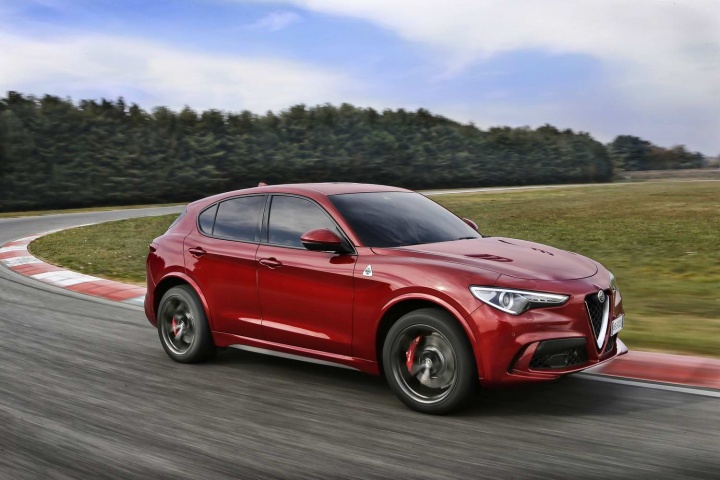 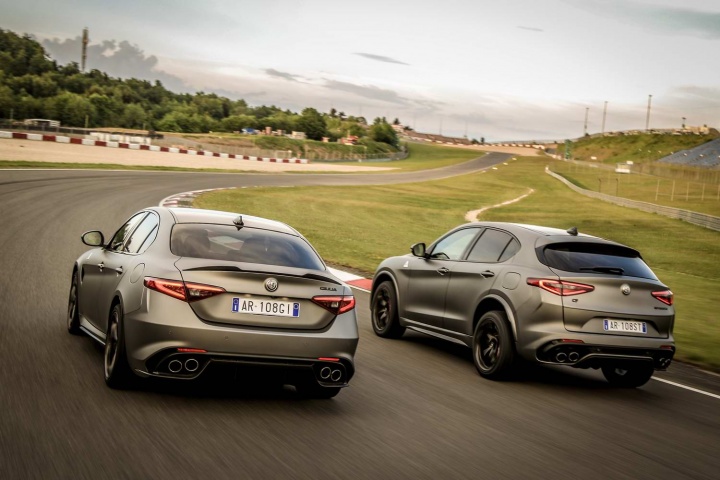 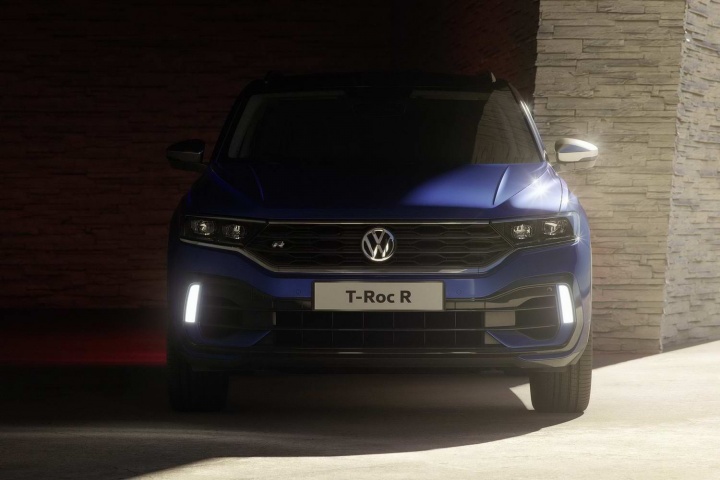 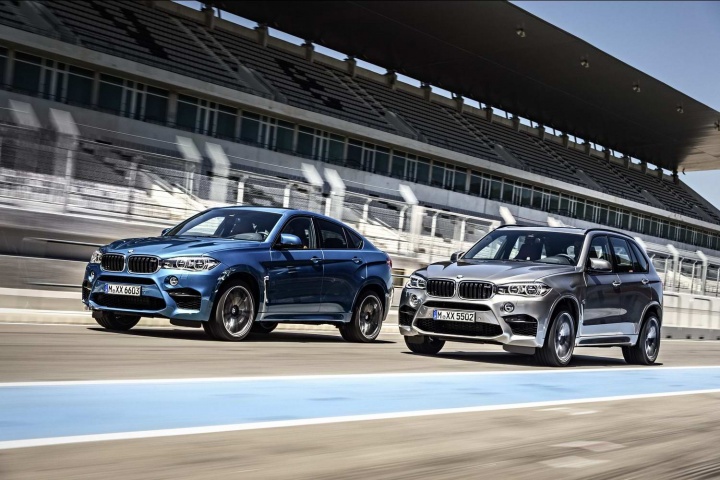 Performance SUVs are wrong and bad. Except when they’re not.

I should like, with this article, to offer a robust and complete rebuttal to the words of my esteemed colleague Mr Matthew Robinson. I should like to, but the problem is that I can't.

A few months ago, I probably could have done. You see, Matt has recently written that he likes high-performance SUVs and thinks that they're basically ace. This is a viewpoint with which I previously would have had no truck. Ironically.

It's not that I don't like SUVs. It's that, in the past, I have hated them. I hate the way that they are large and tall, but often oddly small and cramped inside (second-gen BMW X5, I'm looking at you...). I hate the way that they are supplanting the estates and hatchbacks and saloons that I love so much, the way they are turning every road in Ireland and the UK into a 7/8ths scale American highway lookalike. And when they start to offer high-performance versions, well my sausages are very definitely boiled, if you catch my drift. Such machines are - clearly, obviously, dangerously - looking to supplant the hot hatches and performance saloons that I, we, hold so dear.

Imagine if, some day, you could not buy a VW Golf GTI, but your local dealer could only offer you instead a T-Roc fitted with the same 2.0-litre turbo petrol engine? I have driven the T-Roc with that very same engine, and I can tell you that it's a turgid dad dancer compared to the Strictly professional that is the GTI.

Or worse - what if you wanted to buy a BMW M5, but were told that it had been discontinued, and supplanted entirely by the X5M. The horror. The sheer, unbridled horror.

On top of all that, SUVs, especially high-performance ones, are profligate in the extreme, ugly of styling and weighty on the wallet when it comes to purchase price. They. Are. Bad.

So, really, I should be using this textual soapbox to pillory Matt, to point out to the wider world the very depth of his wrongness, and to once and for all put performance SUVs back in their place - preferably the nearest recycling bin.

The rot actually set in some time ago when Alfa Romeo threw me the keys to its 510hp Stelvio Quadrifoglio. Now, I was all set to give this hopped-up school-runner the ticking off it deserved. Not fit to lick the boots of the glorious Giulia Quadrifoglio] saloon, would be the verdict. Except it wasn't.

Now, others of the CompleteCar.ie team have pointed out the Stelvio QV's shortcomings, and they're not wrong. And the Giulia is definitely, definitively, better to drive and look at. But I still loved the Stelvio. It was loud, raucous and did happy donuts on the quiet roundabout adjacent to my son's school. Now THAT'S a school run.

It also has green and white contrast stitching on the dashboard, which in combination with the red paint of the exterior, make up the Italian flag. Lovely. Just lovely. OK, so it's not the prettiest Alfa, and the Giulia is dynamically superior, but because Alfa Romeo has not seen fit to make a Giulia estate, it's the only one that my kids and dog will fit into at the same time, so that's that. If I want to actually own and run a 510hp Alfa Romeo, it's literally the only one I could buy,

Which brings us to another important point. You see, it's all very well craving a dream Lotto garage that includes a Porsche 911 GT3 RS, a Land Rover Defender and an Abarth 595, but the problem is that the six numbers aren't coming up and I've barely got the price of *checks bank balance* a Supermac's value meal at my current disposal. And out of those three dream cars, it's the Defender that would get driven most (kids, dog, etc.) so that's the only one that would actually, realistically, be purchased. So, in other words, the trick is to have a car that combines the virtues of all of those, but for which you don't need your own country estate with adjacent stables for parking purposes. A performance SUV is, at least on paper, the most effective combination of the various, competing things that you need.

I was managing to resist, though. I was holding it together and keeping my mindset firmly on the 'Performance SUVs Are Bad' setting. And then I drove the Skoda Kodiaq RS. Oh dear.

Well, yes - ridiculously good fun. I know that the Skoda Kodiaq RS is a very silly thing, and that you really ought not to buy one. And I think that's exactly why I love it so much. But that's not the only reason.

You see, for testing purposes, I have a road. A particular stretch of road, and I shall say no more about its location than that it's in County Louth. It's a tight and very twisty stretch of road that climbs and falls in a manner that sometimes seems as if someone draped The Nürburgring over an Irish peat bog and left it to tarnish. It's bumpy, occasionally badly surfaced and truly challenging. It's a proper test of the dynamic mettle of any car purporting to be a performance model.

Now, here's the thing. In the space of just a week, I drove over this stretch of road in two cars. The Skoda Kodiaq RS. And the Mercedes-AMG A 35. Would you care to guess as to which car I had more fun in? Go on, guess.

Yup, the Skoda. Let me explain (and clarify that the conditions were broadly similar for both drives - dry with occasional showers). The Merc monstered the road, because of course it did. It has 306hp, four-wheel drive and AMG suspension. It was brilliant. But was it fun? Not really, no. The A 35 is a curiously detached device. It's incredibly good at what it does, and follows your instructions brilliantly, but driving one is a bit like being in Mission Control for the Apollo Moon landing. You're part of the process - a vital part - but you're not doing the touching and feeling.

By contrast, the Skoda needs you. It's big, it's heavy, it's not all that quick, it leans a lot, and it basically understeers no matter what you ask it to do. All of which means that you - the person in the driver's seat - has a lot more to do if you're both going to get somewhere quickly. You have to guide and coax the Kodiaq RS into, through, and out of each corner. You've got to use the (surprisingly good) steering to feel out what grip there is, and ease the big Czech onto the right line, holding it there with judicious use of the throttle and deployment of its four-wheel drive. You will not, clearly, be going as fast as the Merc, but I tell you this now - you will be enjoying it more. The Kodiaq RS, because of its very failings as a performance car, is far, far more involving than many modern performance cars.

In that sense, it feels closer to the performance cars of old. An original BMW M5 was a fast, wonderful thing but it would bite you if your drove it badly. Ditto the Porsche 911, or any Ferrari of the 1980s or 1990s. Now, the Kodiaq is not going to bite - the worst it will do is understeer doggedly - but it does require a sympathetic, enthusiastic hand behind the wheel for it to be all it can be. And it can be a lot of fun, if you do it right.

So, in summation, my colleague Matt Robinson, on the subject of performance SUVs, is entirely, completely, utterly, unstoppably, indubitably wrong.

Except when he's right.