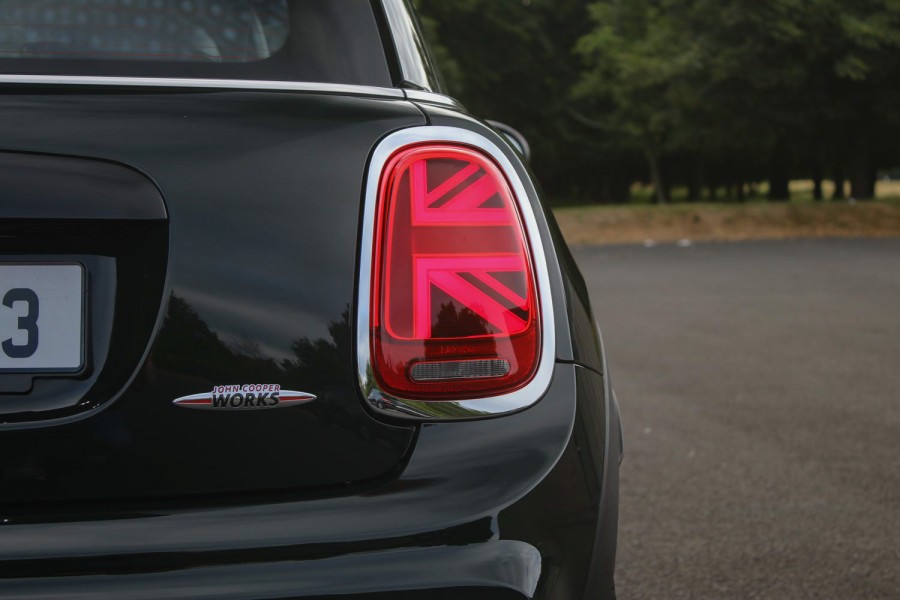 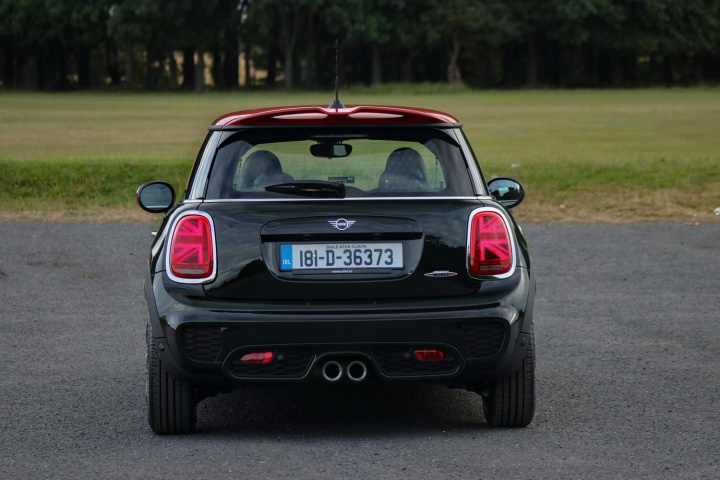 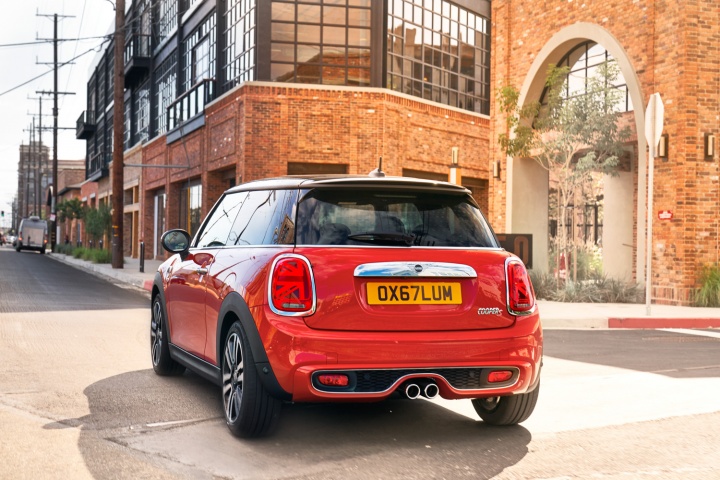 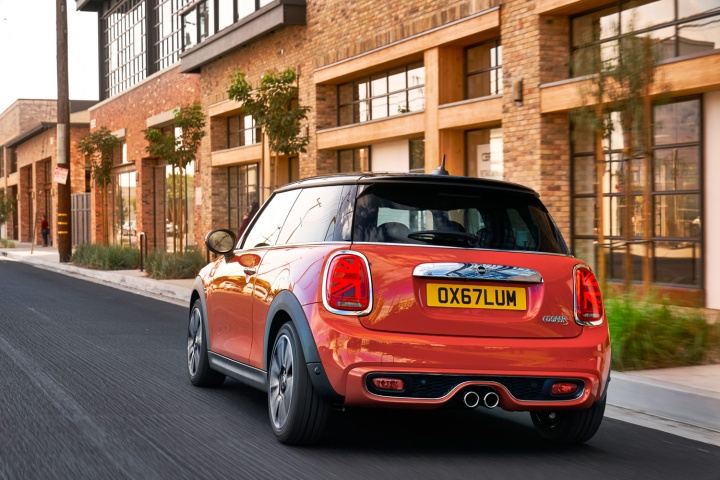 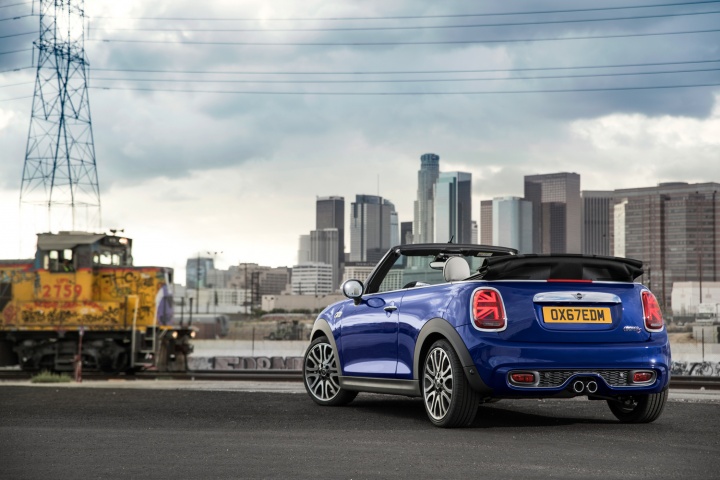 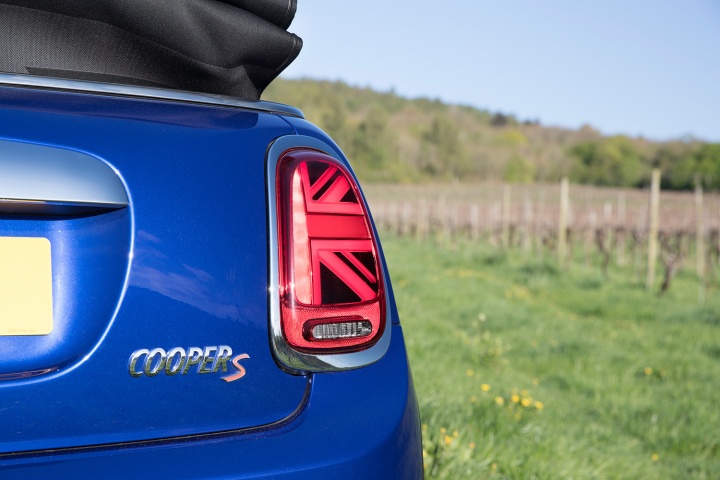 MINI’s new rear lights have stirred up controversy in Ireland.

The case of the MINI rear lights is an odd one; an unusual crossing of the Venn diagrams of politics, history and facelifted vehicle components.

The fact that MINI's upper management has decided that its whizzy new LED rear lights should have a British flag motif is, actually, not an especially surprising one. The flag of the United Kingdom has been used in advertising and marketing for so many brands and items down the years, and successfully too. Remember Cool Britannia? Even in Ireland we were all into that, for a while. Well, at least we were when Oasis played in Cork...

This time around though, the use of the Union Flag has excited comment in places other than just Ireland and Northern Ireland. With a combination of the horrendous PR potential of Brexit, and a general reassessment of what an oft-toxic Imperial past means for Britain, it now seems as if MINI may have made something of a mis-step.

Or, indeed, has it? Obviously, the potential fallout from fitting a Union Flag brake light to your car in Ireland is, well, worrying. Ireland has grown a lot since independence in 1922, but the continuing torturous situation in Northern Ireland and a lingering sense of resentment in the Republic of Ireland for the 900-odd years of colonial rule/oppression (delete as applicable and to your personal taste) means that there's an unpalatable dimension to all of this.

However, for a large enough chunk of Irish MINI buyers, there seems to be a sense of 'Eh, so what?' to the question of whether or not to celebrate Britain every time you need to slow down.

In fact, according to a spokesperson for MINI Ireland "it's up to each individual market to set their standard specification. In the UK, get the lights as standard, not because of the flag, but because cars there in general have a higher specification. The UK is one of the few markets that has the lights as standard." In most of the major global markets, they're actually an option, and a pricey one at that. In the US, MINI buyers have to fork out $750 to show their Brit-love, while in France, those wishing to cuddle up to les rosbifs have to pay an extra €1,300 as part of a pack. Anglophile German MINI owners likewise have to pay €1,250 for the Unionist lights, and in South Africa they're a R10,900 option, which is about €570. Post-colonial Singapore gets them as standard, though.

So, it seems it's more down to price, than it is to politics. Here in Ireland, the updated MINI will come, as standard, with halogen headlights and brake lights, no flag to be seen. If you want to upgrade to LED headlights in Ireland, then that'll be €309, and you have to have the Union Flag rear lights (there is also a possible option of having a dealer retro-fit just the LED front lights, but that's distinctly non-official).

Somewhat surprisingly, given the whole 900 years thing, some 23 per cent of Irish MINI buyers are actually ticking the box that says 'yes, I'd like to have the British flag attached, in light form, to the back of my car.' Well, not in so many words, but you get the idea.

Is this a sign that, as a nation, we're starting to finally emerge from our post-colonial bolshiness? Finally embracing our inevitably close relationship with our nearest neighbour, Brexit or no Brexit?

Dr. Katy Hayward is the Reader at the School of Social Sciences, Education and Social Work at Queen's University, Belfast, and also part of the Senator George J Mitchell Institute for Global Peace, Security and Justice. As such, she's an expert on all things cross-border and reckons that while that 23 per cent shows that things are at least on the mend, politically, this probably comes down to cash, in the end.

"To feel quite comfortable driving around Ireland with a union flag flashing on your rear end is a sure sign that, for you, the British flag doesn't carry the toxic connotations it once did" Dr. Hayward told us. "Ireland is a changed country. Its largest non-Irish population is no longer British but Polish. The younger generations have been socialised in a world that is more likely to associate the union flag with cool Britannia and Meghan Markle than the DUP and Margaret Thatcher. And, for many, getting out of the post-Tiger crash is a far more important test of Irish national resilience than shedding the legacy of post-colonialism. Given that the owners were given a choice between having the old-style lights or the fancy new flag lights, the motivation is probably one of conspicuous consumption rather than national reconciliation."

Or, just maybe, says Dr. Hayward, there's a message of friendship to our British cousins. "An alternative reading is that it is knowingly ironic: Irish car owners doing their bit to support British industry in a sympathetic act of post-Brexit neighbourliness" she said.

It's rather more likely to be the money thing, though. Isn't it?