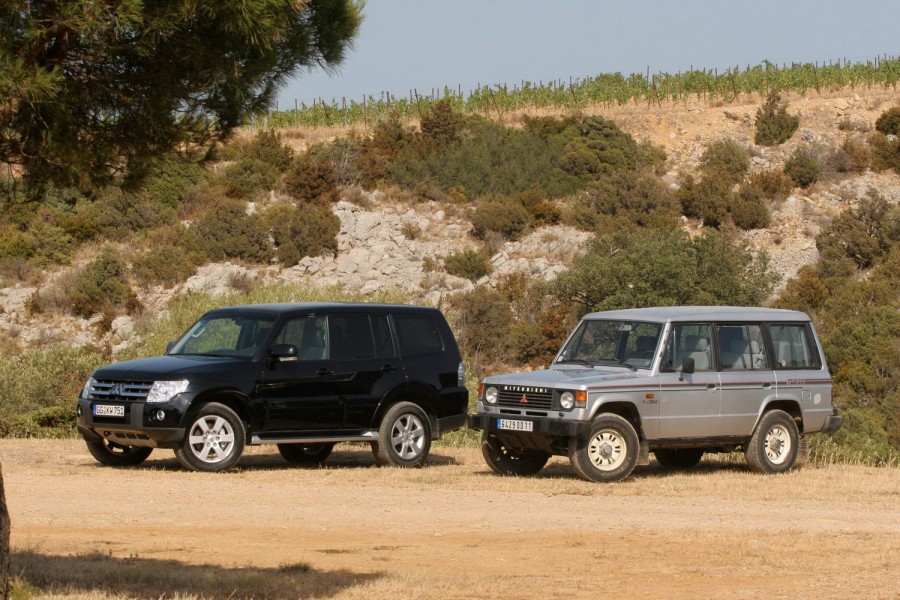 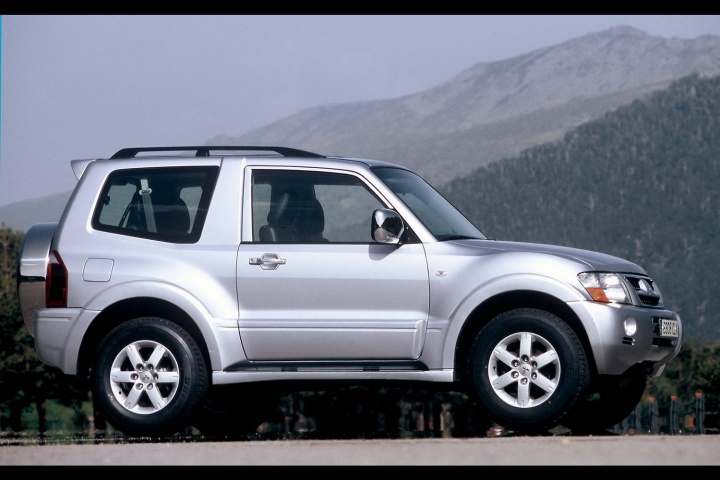 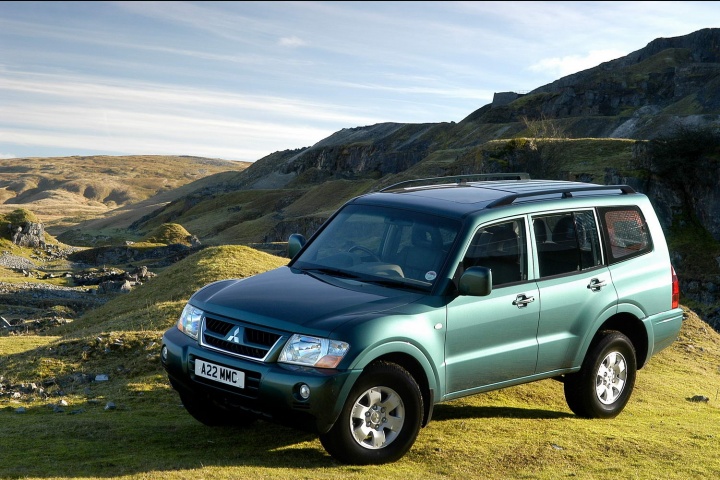 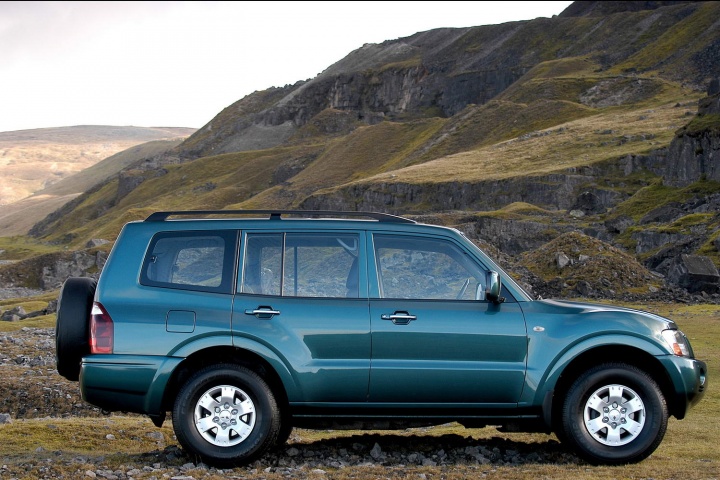 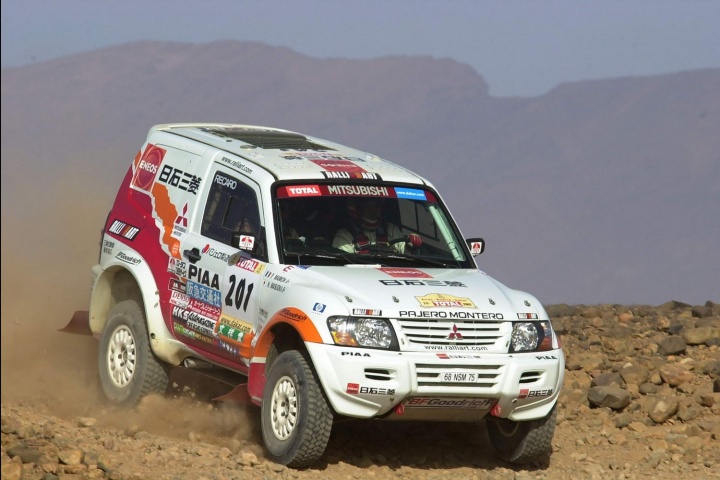 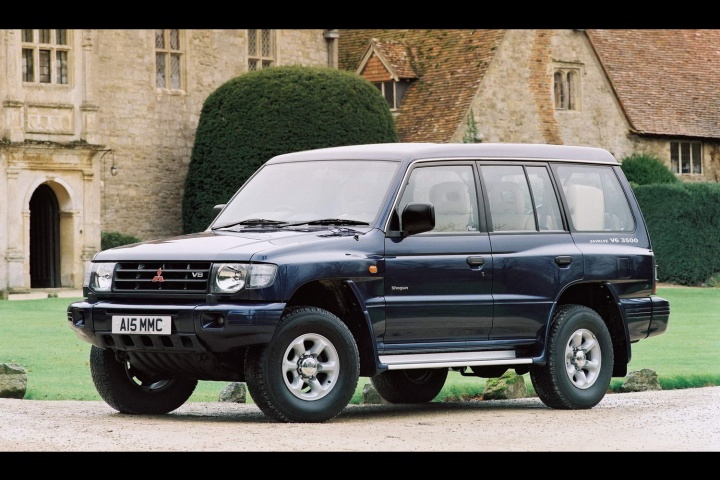 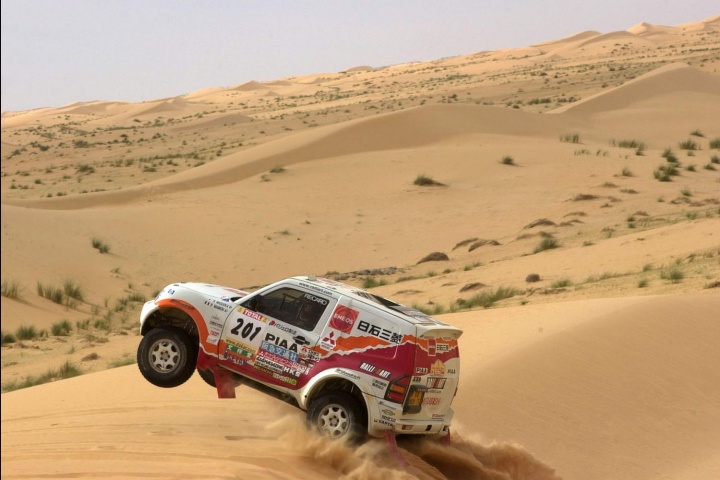 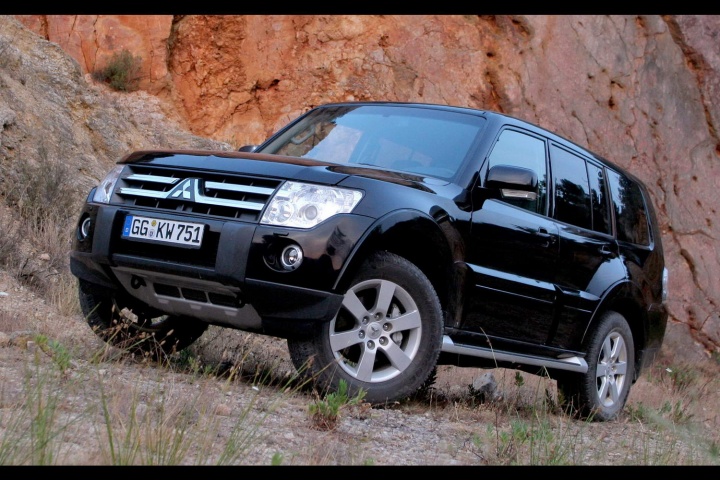 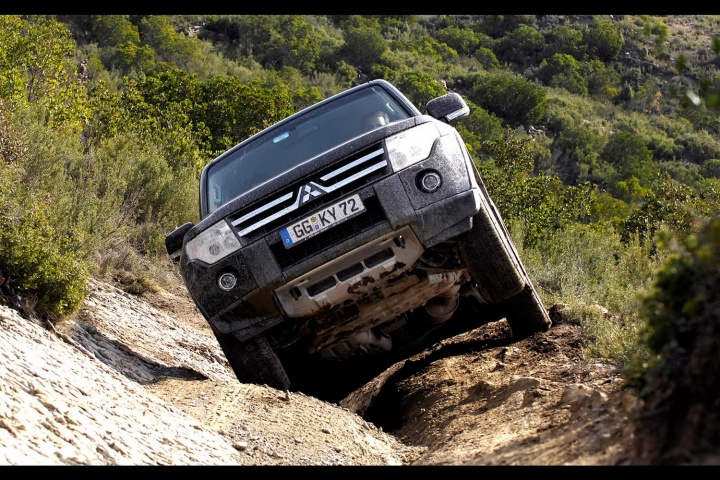 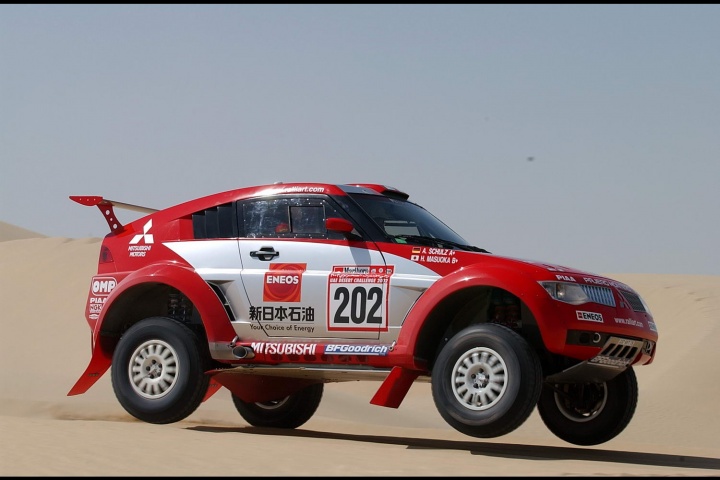 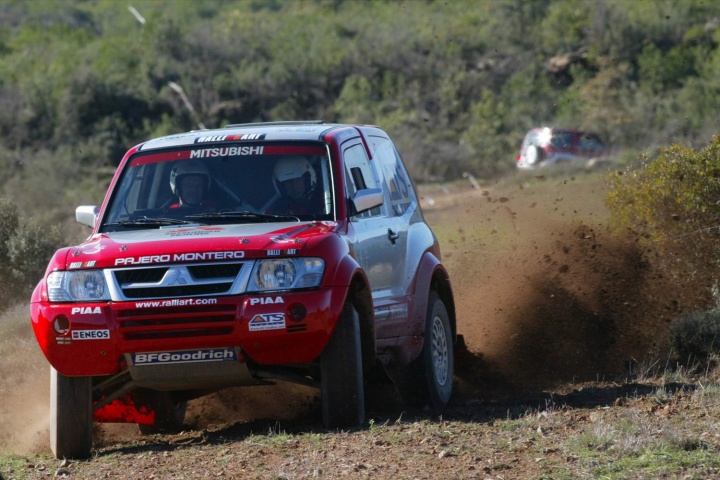 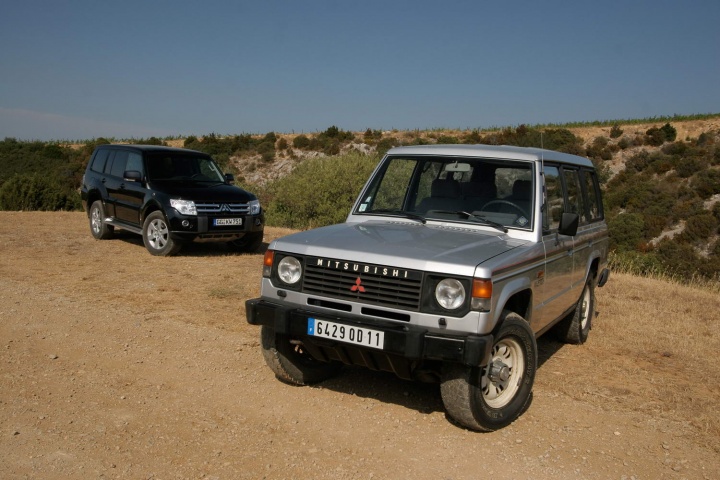 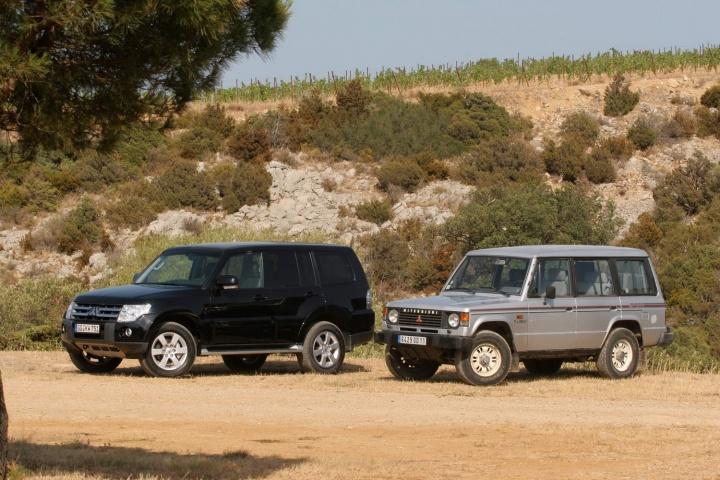 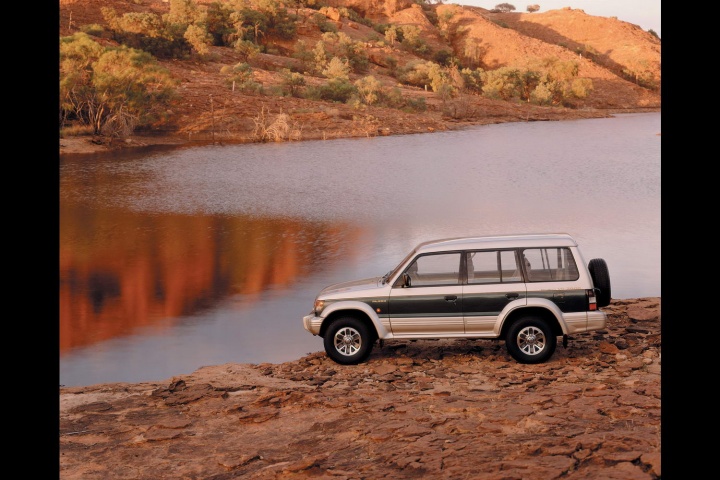 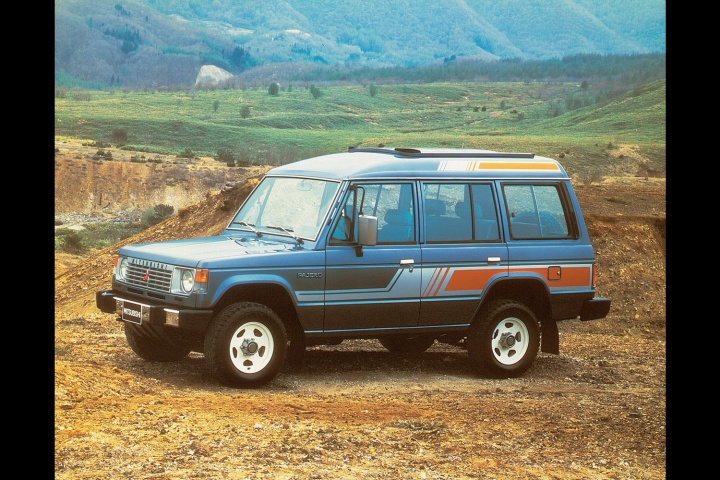 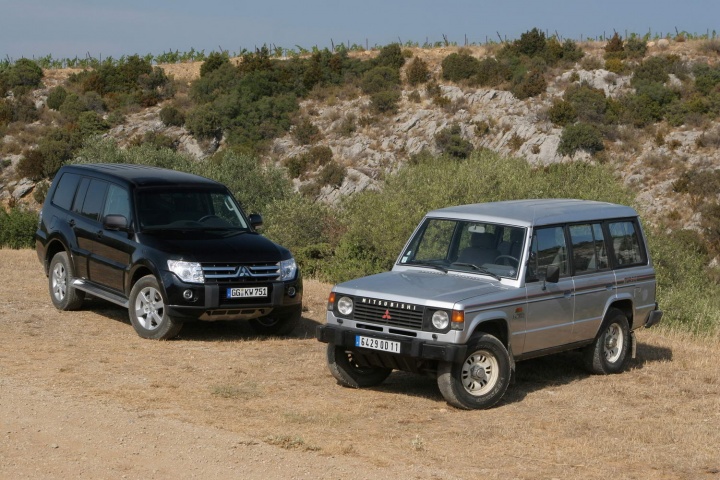 Mitsubishi's seemingly unstoppable Pajero is soon coming to its own end.

There's no question that growing up in West Cork gives you a somewhat unique attitude to cars (some might say warped, and I wouldn't necessarily disagree with them). Cars that would seem utterly ordinary and mundane to some seemed like rare jewels to a cadre of car nuts reaching puberty on the shores of the North Atlantic. A case in point: one of my friend's mum once bought a 1.1-litre Fiesta and this was, genuinely, like a Ferrari to us because (a) it was bright red and (b) it was new. No-one had a new car in West Cork, back then. She must have got a hell of a CAP grant that year.

It's why I also have slightly skewed memories of the Mitsubishi Pajero. Again, the friend of a friend had one and, for a time, I thought it almost impossibly cool. It was a short-wheelbase first-generation model, silvery-blue in colour and, somewhat incongruously, it had a flaming phoenix decal on the bonnet, in the style of seventies Pontiac Firebird Trans-Ams. Now it would look rather ridiculous, but back then I thought it was kind of awesome.

I thought the Pajero was too. I cadged a few lifts in it and, compared to my mum's Renault 11 at the time, it felt tall, rangy, long of engine legs and with rather more acceleration than I was expecting. It was my first introduction to big, low-down torquey diesel power, and that perhaps explains why I still fall for chunky diesel torque curves.

It was also then, in my nascent motoring fan days, that I was reading Buying Cars magazine. It was a well-written, but no-nonsense, guide to buying cheap, rugged, reliable cars and the Pajero often featured prominently in its pages. Better than a Land Rover Discovery, was the Buying Cars Pajero mantra at the time (albeit, they called it Shogun, as the Pajero was badged in the UK market, in deference to the hugely popular novel by James Clavell and the TV series based on the same), which rocked my world, as a growing fan of all-things Land Rover. Surely a Japanese upstart couldn't be better than the Solihull workhorse? But then the logic of it washed over me - similar on-road manners, similar off-road prowess, but none of the electrical dithering nor regular gearbox failures. How could one go wrong, really?

It was all part of Mitsubishi's legendary reputation for toughness and reliability that, even then, was rapidly being proved on rally and rally raid stages across the world. No-one who grew up on Irish rallying will forget the sight and sound of Penti Arikkala hooning a Starion on the Circuit of Ireland (nor Pentti's stream-of-sweary-consciousness appearance on the telly), but the Pajero was starting to rack up the victories on the incredible Paris-Dakar Rally (which back then did usually still run from Paris to Dakar, before politics and the odd war intervened). Between 1985 and 2007, the Pajero (latterly, effectively a purpose-built racer wearing a Pajero face) would put 12 notches in its Dakar victory belt - quite the achievement.

That first model, introduced in 1982, also grew more sophisticated and advanced as time passed gaining turbocharged and intercooled diesel engines, multi-link rear suspension (very avant-garde for a hefty off-roader at the time), anti-lock brakes and Mitsubishi's own 'Super Select' switchable four-wheel-drive system. I think it's fair to say that the Pajero brand has somewhat stagnated in a technical sense, in the past decade, but the current model still has a lot going for it, not least a tax-loophole 'Executive' model that can be bought at commercial rates. And while it's a little crude compared to more modern rivals, it's still big, comfy, spacious and capable. Want proof? Well, the Irish Defence Forces still cruise effortlessly around in theirs, ordered almost a decade ago.

I drove a current Pajero, an Executive model, not long ago and, yes, it's rather noisy, a little slower to accelerate than you'd like and clunky inside compared to its more youthful rivals. But there's still something hugely appealing about it. It rides smoothly, it feels tough and rugged in a way that's utterly alien to the hordes of hatchback-based wannabe SUVs, and a session of off-roading proved that its rough-terrain ability remains undimmed. My sneakers never got dirty even once.

Some 12,000 Pajeros have been sold in Ireland since it was introduced here in 1985, and Mitsubishi is asking those buyers to share their tales of ownership and adventure. You can send your reminisces and photographs to [email protected] or via Mitsubishi's Facebook page.

Mitsubishi Ireland is looking to try and find the Irish Pajero with the highest mileage and the hardest-working life, and the best memories will be shared on a Pajero Memory Wall at the Mitsubishi stand at this year's National Ploughing Championships in September in Screggan, Co. Offaly, with goody bags for everyone who contributes.

It's not surprising that the Pajero is soon to be pensioned off - it belongs to an era and a type of car that just isn't truly relevant anymore. Its passing will be mourned, though. It was a true great of the age.