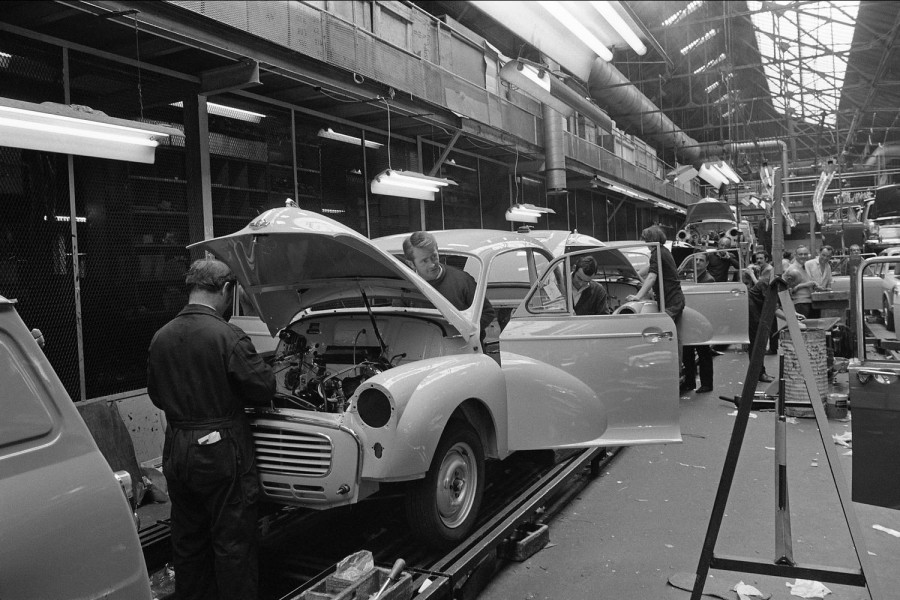 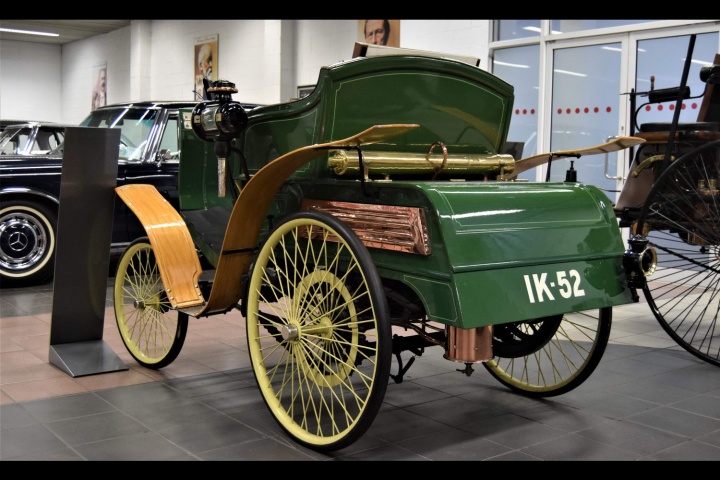 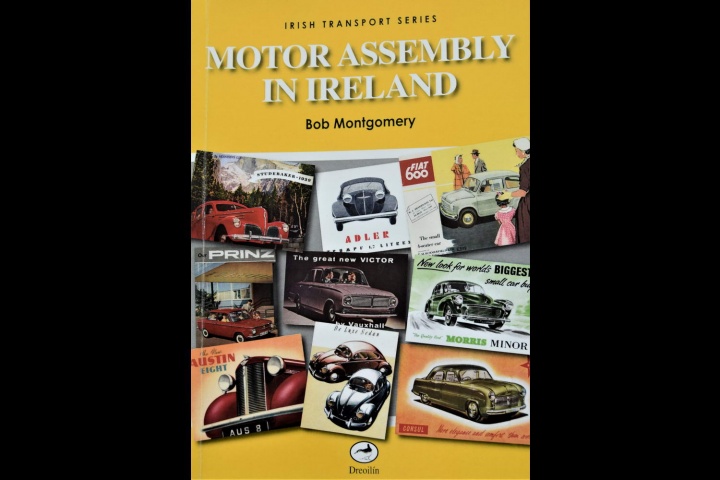 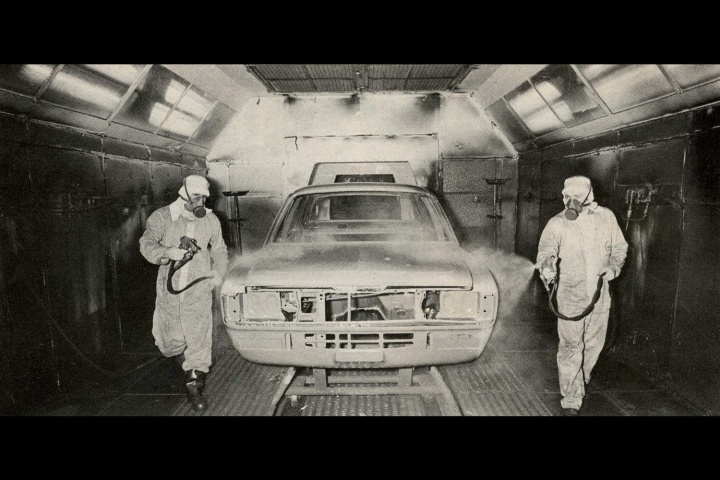 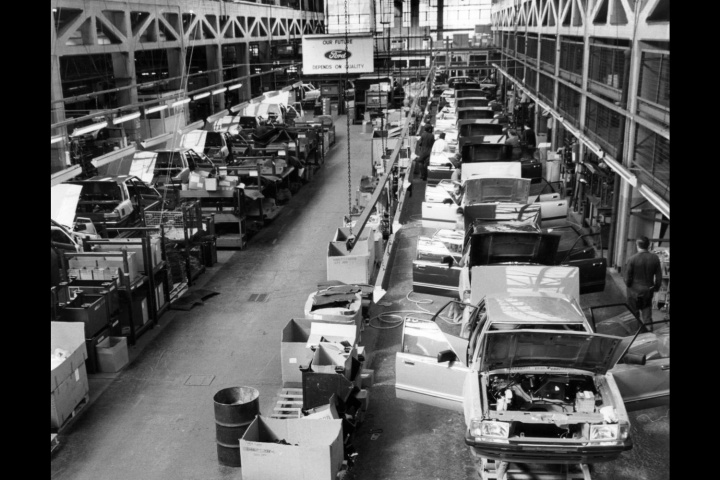 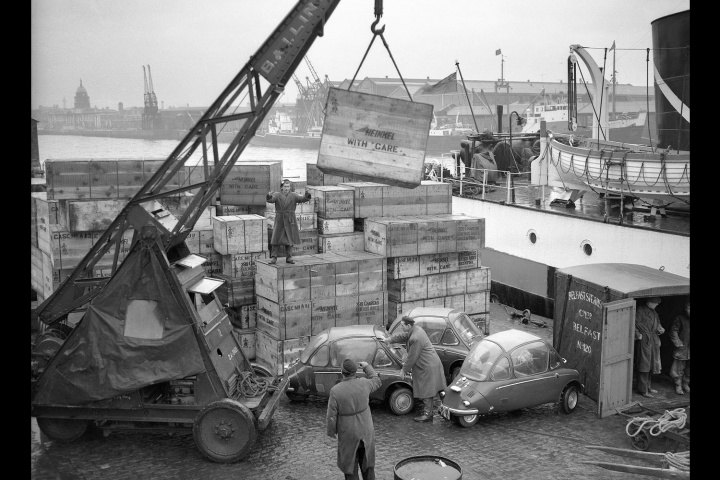 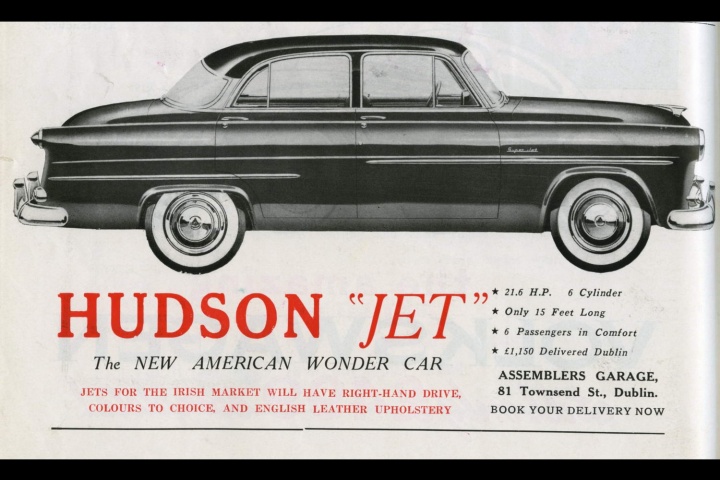 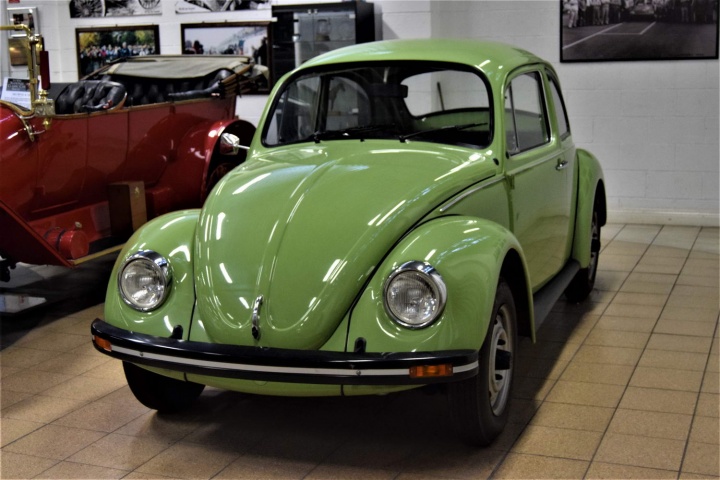 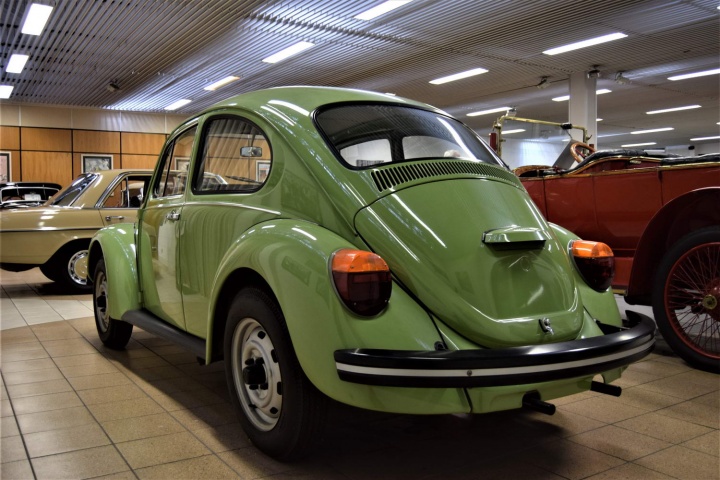 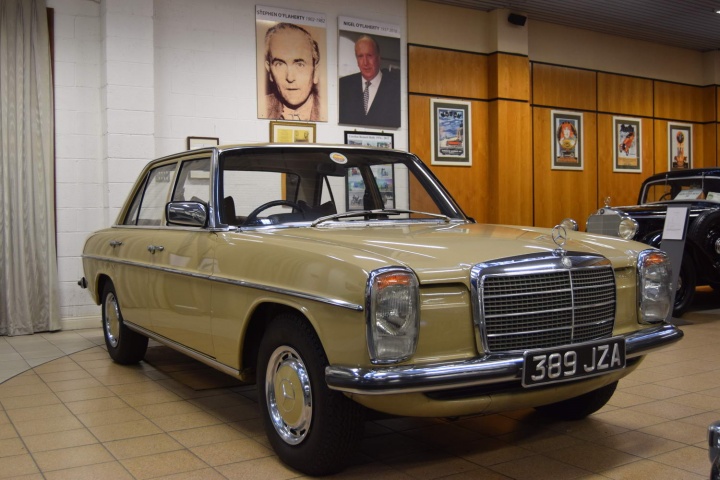 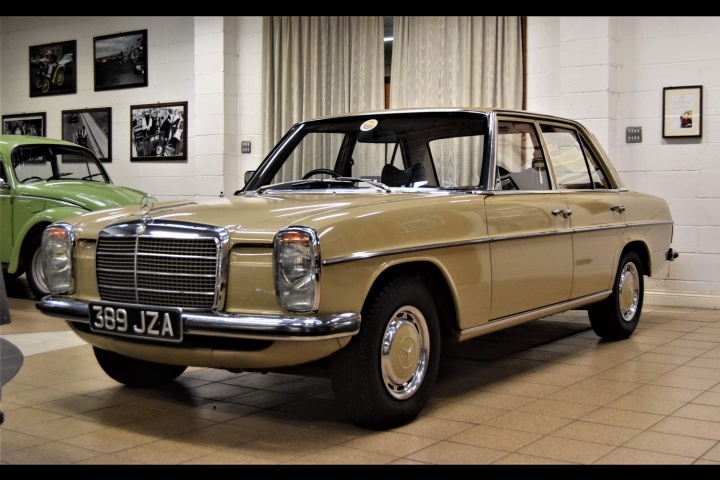 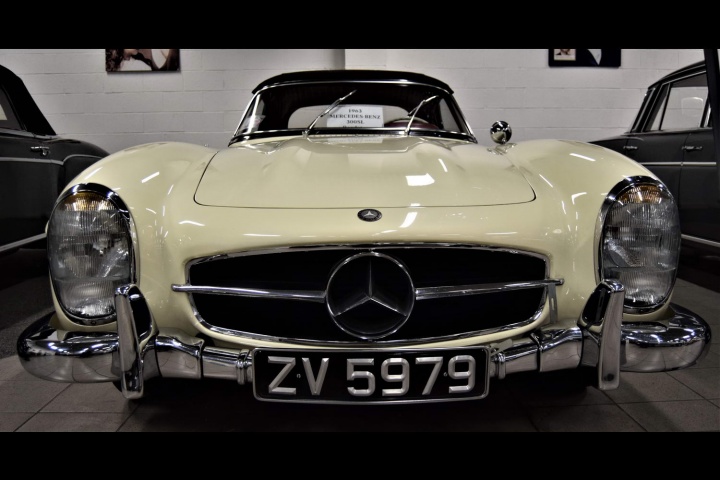 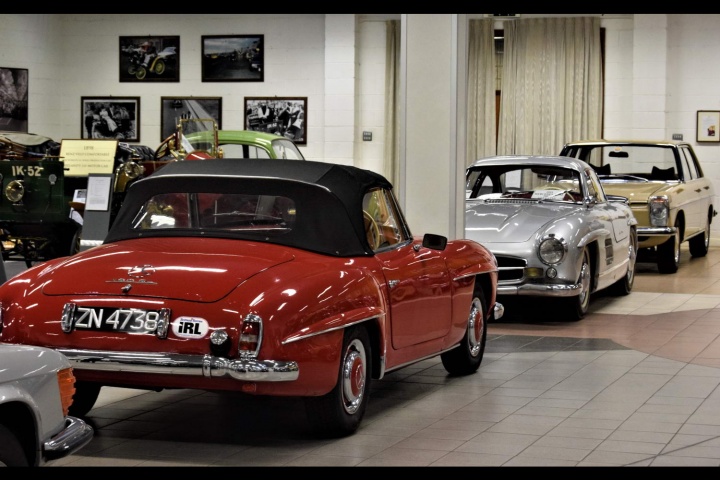 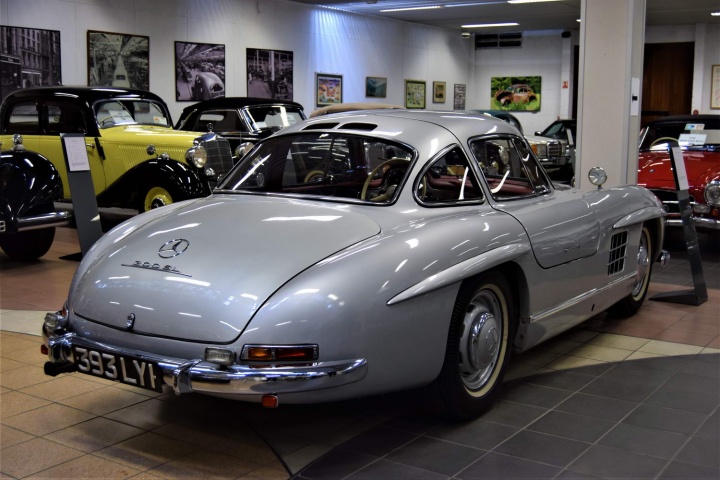 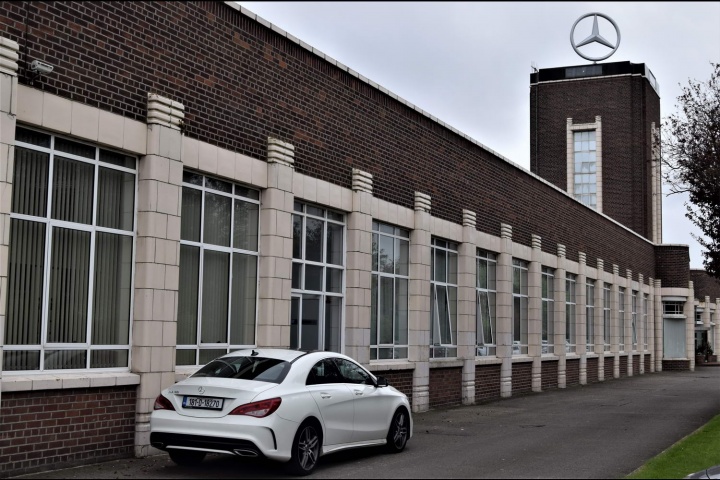 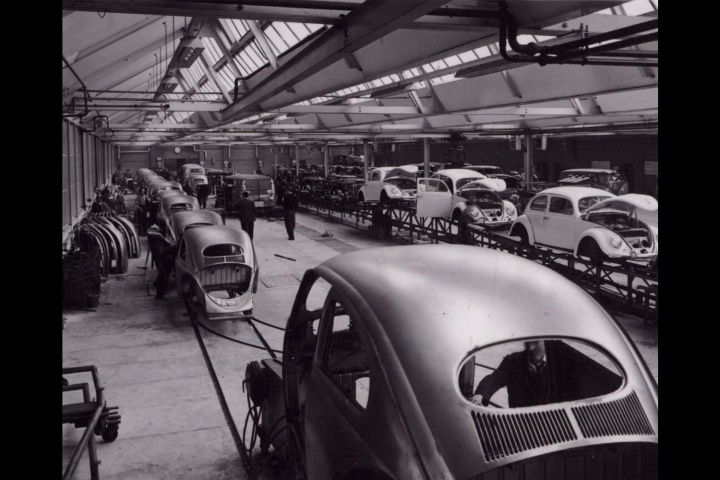 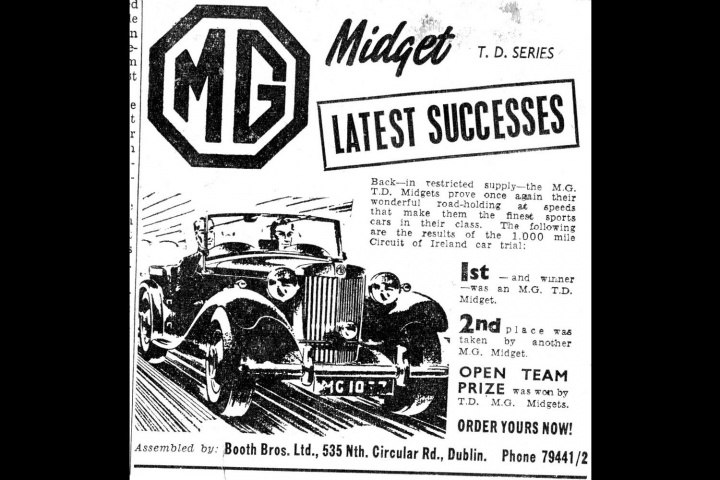 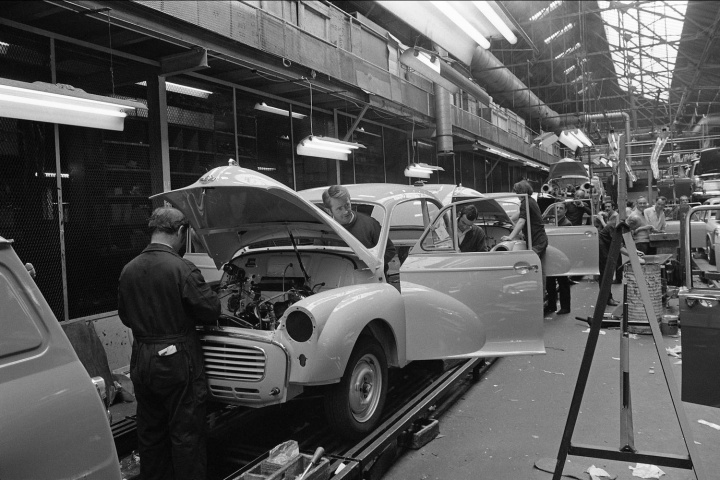 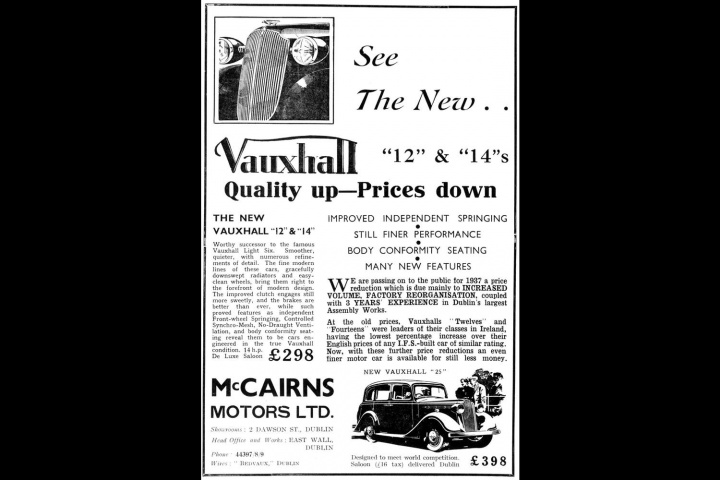 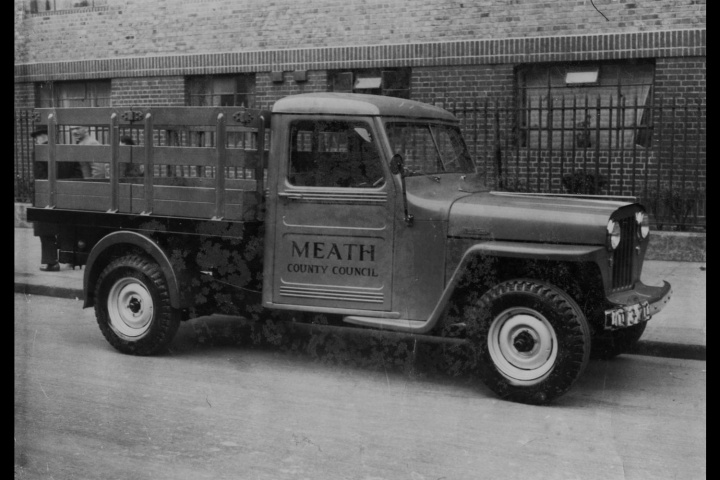 I'm ushered past reception at Motor Distributors Limited's HQ on Dublin's Naas Road by the company's heritage curator, Denis Dowdall. He leads me along the corridors of the preserved 1940s building to a room that he informs me was once a Volkswagen showroom. He unlocks the door and my jaw drops.

“You'd be fairly unique if your first word wasn't wow,” he tells me.

Inside the room is an impeccable and gleaming collection of about two-dozen classic cars. The eye is immediately drawn to the silver, 1950s Mercedes 300SL Gullwing in the centre of the room.

“People love that one because of its looks. They wouldn't like it so much if they drove it.”

The collection has been lovingly curated over the years by Denis and consists almost entirely of Mercedes-Benz cars, from a replica of Karl Benz's 1885 Patent Motorwagen, all through the company's history, including one example of every SL car made, from the Gullwing, through the 1960s Pagoda to the Bobby Ewing SL of the '70s and '80s up until the R129 of the 1990s.

I'm here to see a pair of much more prosaic cars, one of which isn't even a Mercedes. In the corner sits an unblemished and unregistered green, 1977 Volkswagen Beetle. Nearby is another '77 car, a beige Mercedes 220 saloon. These represent important landmarks in Irish motoring history given that, respectively, they are the last Volkswagen and the last Mercedes built in Ireland.

Wait, hold on a minute - cars made in Ireland? We all know of DeLorean in Belfast and many probably remember the Ford plant in Cork, but Volkswagen and Mercedes? That's right, not to mention over fifty other manufacturers from Adler and Alfa Romeo right through Chrysler, Mazda and Toyota to Wartburg, Willys and Wolseley. It's a fascinating story outlined in Bob Montgomery’s new book “Motor Assembly in Ireland”, which shines a light on a now largely-forgotten story of a time where most of the cars on Irish roads were built here.

In the early days of the Irish Free State, the economy was a mess that produced cows, Guinness and little else. Even tourism hadn't taken off. In 1933, a car dealer, FM Summerfield went to the Minister of Industry and Commerce, Seán Lemass, with a proposal - instead of importing fully-built cars from abroad, why not bring in the major parts and assemble them in Ireland? This wasn't a madcap idea; Summerfield argued (and Lemass agreed) that this kind of an operation would not only provide Irish jobs, but also stimulate ancillary industries and give the country the beginnings of an industrial base. The cars would be imported to Ireland in CKD (Completely Knocked Down) form, made up of, for example, the engine, body and chassis, whilst other parts of the cars like tyres, batteries, seats, springs and window-glass would be made locally. With Irish-assembled cars subject to a much lower level of taxation than imported Fully Built Up cars, it was an idea that took off in a way that nobody could have expected.

Within just a few years, the industry was booming. For the most part, it was a smooth operation, though for some manufacturers, the CKD process was completely alien - Packard cars, for example, had to be fully-assembled in Detroit, completely dismantled, shipped to Ireland and entirely reassembled again. World War II was a trying time for the assemblers, as supplies, not just of cars, but of fuel, dried-up. Nevertheless, when peace came, the whole business took-off again, bigger than ever before.

Though the MDL collection has the last Beetle assembled in Ireland, the first, a 1950 model, resides in the Volkswagen Museum in Wolfsburg, Germany. It's not just significant from an Irish perspective - it was the first VW assembled outside of Germany and, as such, was the beginning of the company's worldwide success. Stephen O'Flaherty, the Waterford man who founded MDL and had the Irish franchise for Willys jeeps and Nash cars, bought the Volkswagen franchise in 1950 and soon started assembling Beetles in Ballsbridge, before later moving out to the Naas Road. Denis points to the ceiling of the Beetle assembly line in a photo he shows me. I look up - we're standing in the same place.

O'Flaherty's success was repeated by other companies and the industry went on to employ thousands countrywide. All over Dublin, factories were at full-steam - Austins and Rovers made by Lincoln & Nolan in Dublin's docklands; Morris Minors pouring out of Brittain's in Portobello; Hillmans and Chryslers made by Rootes in Santry. Cork was at it too - Ford at the Marina, while Skoda, Studebaker and even DKW, the precursors to Audi, were made in Ballincollig where an Aldi now stands. Aside from a Renault operation in Wexford and Heinkel in Dundalk, major assembly didn't take place outside Dublin and Cork, but so successful was Lemass and Summerfield's model that Australia adopted a similar system. And it wasn't just Irish cars for Irish people either. Over 50,000 Cork-made Fords were sent abroad. Heinkel bubble-cars were exported as far afield as Argentina and when Chrysler ended UK production of the Hillman Hunter in 1976, the Irish plant in Santry took over until the Hunter was axed in 1979.

As the '70s dawned, however, there were storm clouds on the horizon. Tariff systems weren't compatible with the Common Market that Ireland joined in 1973 and it was agreed to end the CKD system by 1984. Industrial unrest in Britain didn't help either. In the late '60s, a quarter of all cars sold in Ireland were made by BMC, later British Leyland, which produced Austin, Morris, Jaguar, Rover, MG, Riley and Wolseley (usually quite badly). When Ireland's Morris assemblers Brittain's merged with Austin assemblers Lincoln & Nolan in 1966, the result was an Irish behemoth called BLN with 1,200 workers and 40 products on the books. The merger was a failure, though Brittain's was left with the Leyland franchise, which the company withdrew in 1974 leading to the loss of 1,000 jobs.

For a while, it wasn't all bad news. After the loss of Leyland, Brittain's looked for and found a new company to partner with - a Japanese firm called Datsun - and the Datsun 1200 saloon became the first Japanese car to be built or sold in Ireland. Soon after Toyota started, and with the loss in 1977 of Volkswagen and Mercedes, MDL started making Mazdas. The Irish loved these new Japanese cars, which were far more reliable than the British models they had been used to and featured equipment like radios, not as optional extras, but as standard.

Alas, despite the industry finding a new lease of life in its declining years, the end finally came in 1984 when the last Irish-assembled car, a Mazda 323, rolled off the MDL production line. The decline of Ireland's auto industry couldn't have come at a worse time. Jobs were scarce in the middle of a worldwide recession and newly-unemployed industrial workers faced very grim prospects. Even the Irish exporting factories weren't competitive. Ford's Belgian plant was producing 6,000 cars a week whereas Cork's Marina factory was putting out just 400. When the last Sierra rolled off the Cork production line in 1984, not only were 850 Ford jobs lost, but the major tyre supplier to the Irish motor industry, Dunlop, closed too, dealing a body blow that the city wouldn't recover from for over a decade.

This is barely an overview of the extraordinary story that Bob Montgomery tells in his new book. He breaks the narrative down marque by marque from Adler to Wolseley and it represents a fine piece of research. Recent history is often the most difficult to explore as so much relies on memories and, given our scant regard for industrial heritage in Ireland, much of the information can't have been easy to come by. Though as the curator of the Royal Irish Automobile Club's archive, Montgomery is better-placed than most to do it. It comes at an important time too - as the years march on, memories are fading and sadly, this might be the last chance to capture the stories from the people who know them best.

The book is illustrated with fine photographs spanning the whole five decades and ads for Irish-built cars are a wonderful, and often amusing time-capsule, like the 1936 blurb from McCairns Motors (“Quality Up, Prices Down!”) advertising the Vauxhall 12 from £298. Though the book is heavy on numbers, there's still a satisfying and meticulously researched narrative. Registration statistics on the various companies are a reasonably good guide to how many of a particular make were produced in a given year and even some of the appendices make fascinating reading to car nerds (12,213 Fords registered in Ireland in 1984; 9,115 Toyotas, 7 Rolls-Royces, 7 Porsches and 4 Reliants!). Whilst yes, the book will mainly appeal to Irish motor enthusiasts, there's a lot here for those with a keen interest in social and industrial history too and this looks like it's going to be the definitive book on the subject for quite some time.

“Motor Assembly in Ireland” by Bob Montgomery is available in all good bookshops now.