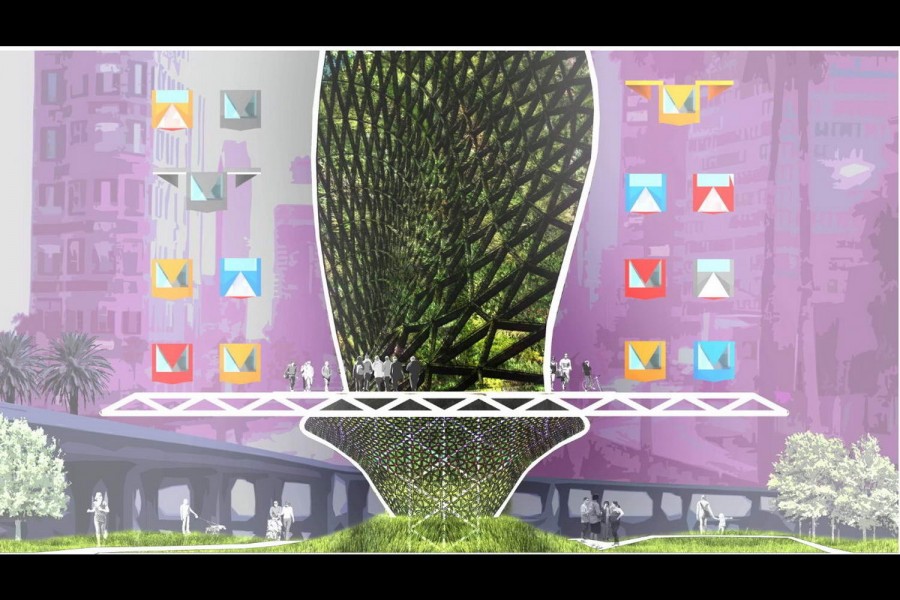 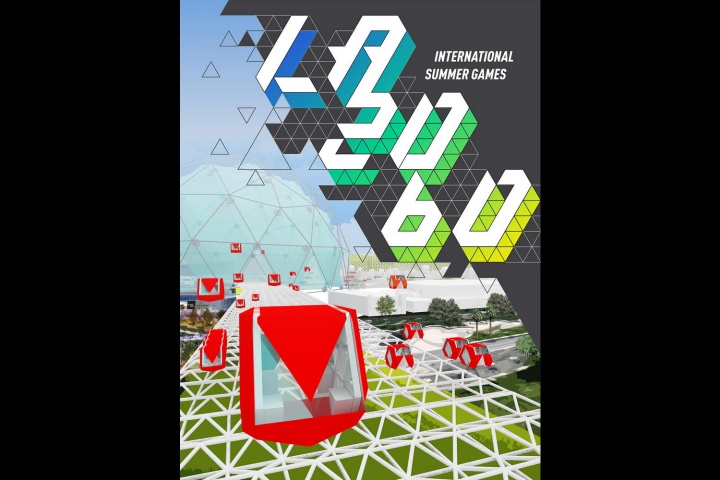 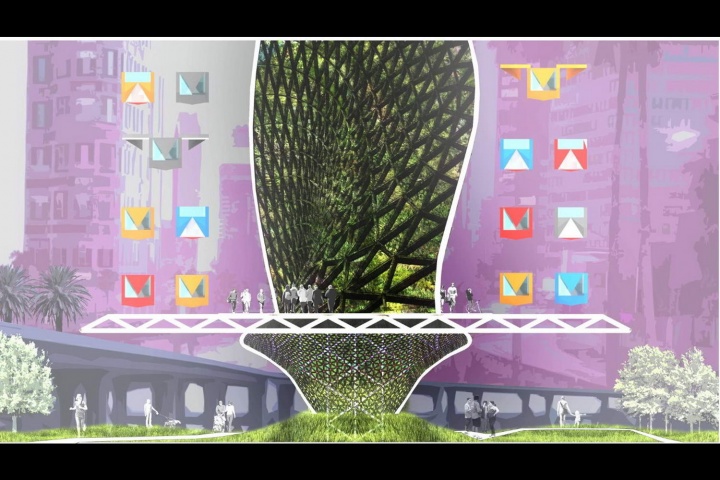 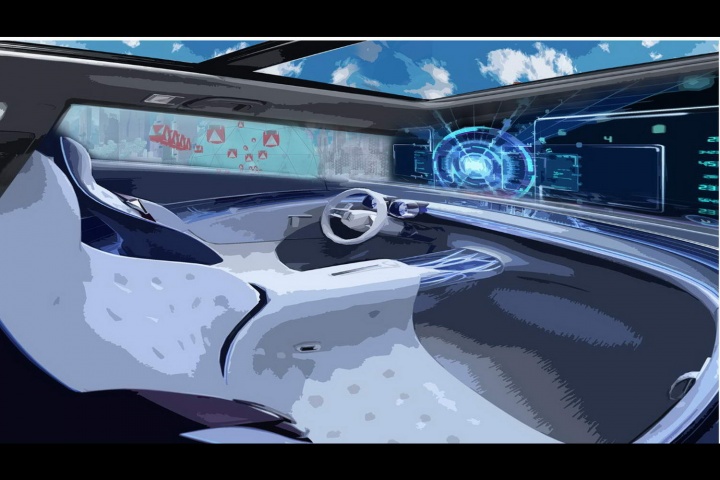 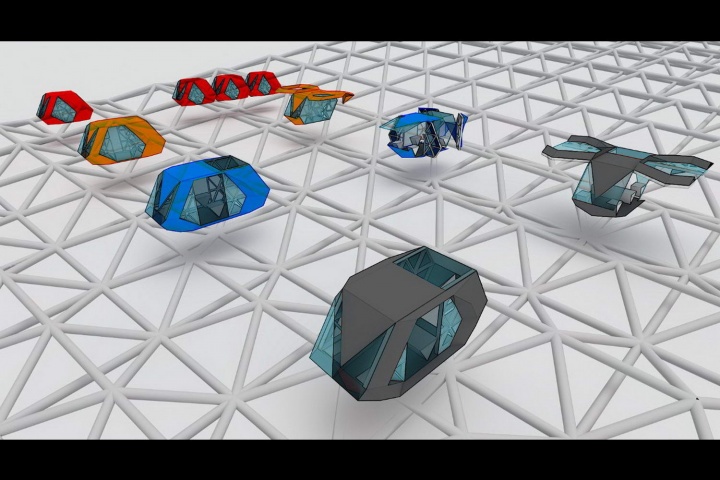 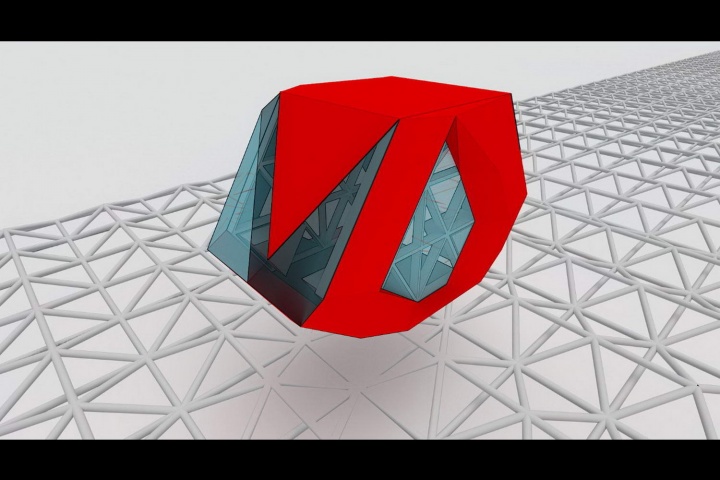 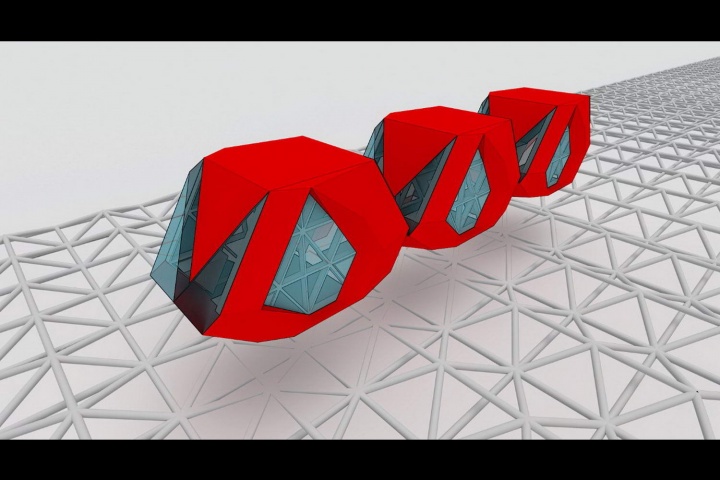 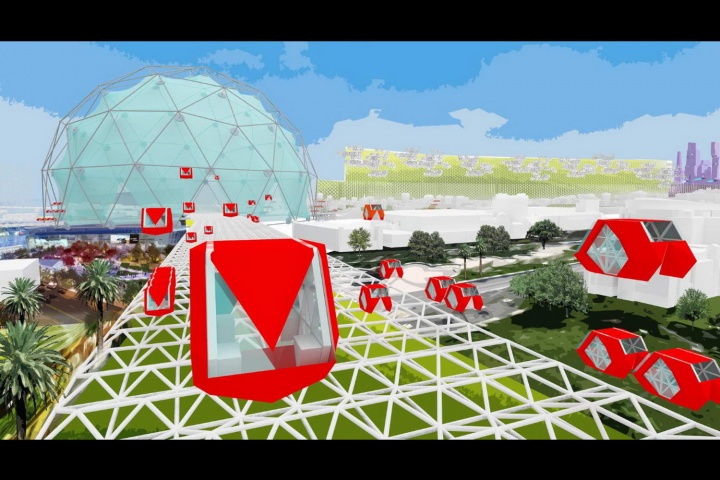 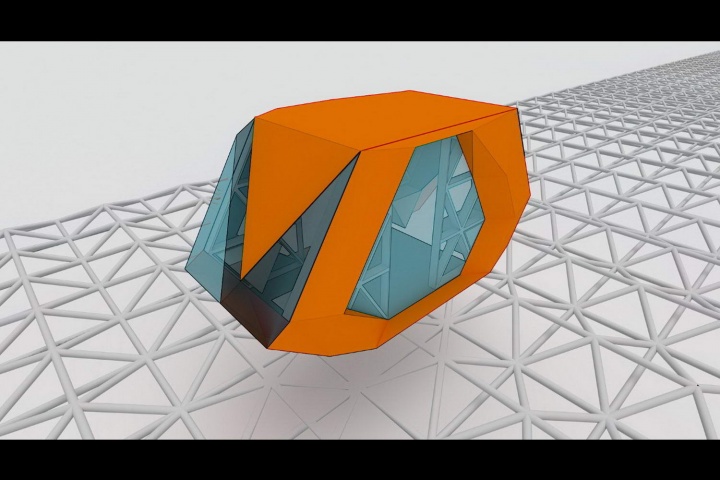 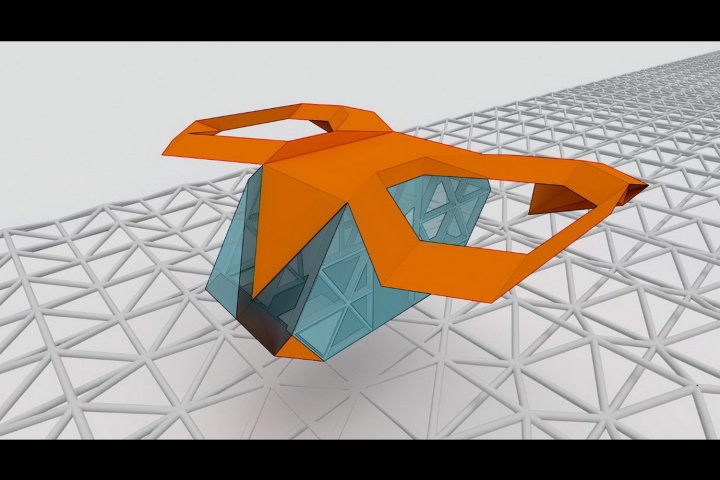 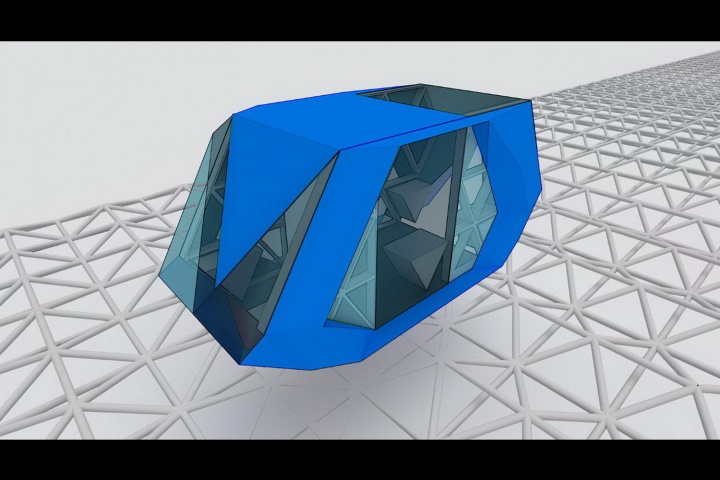 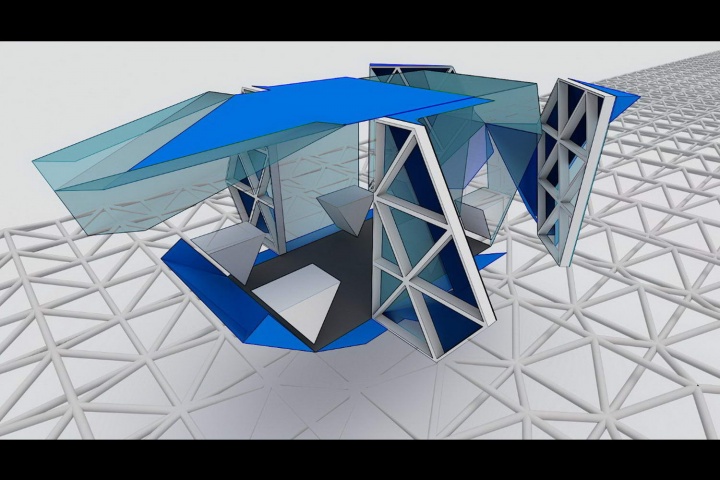 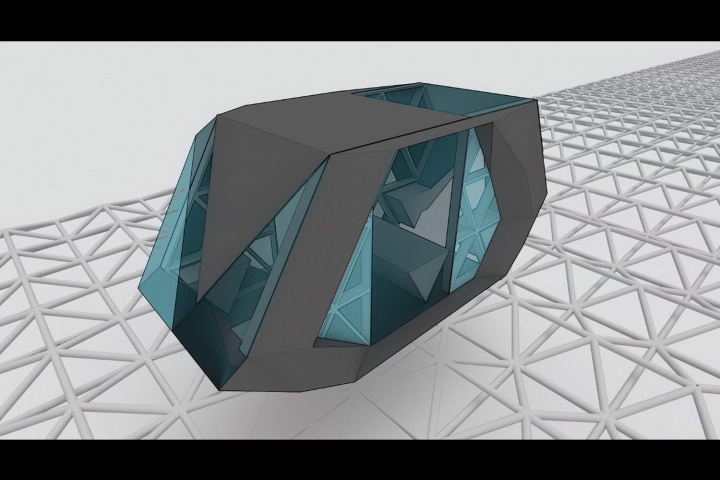 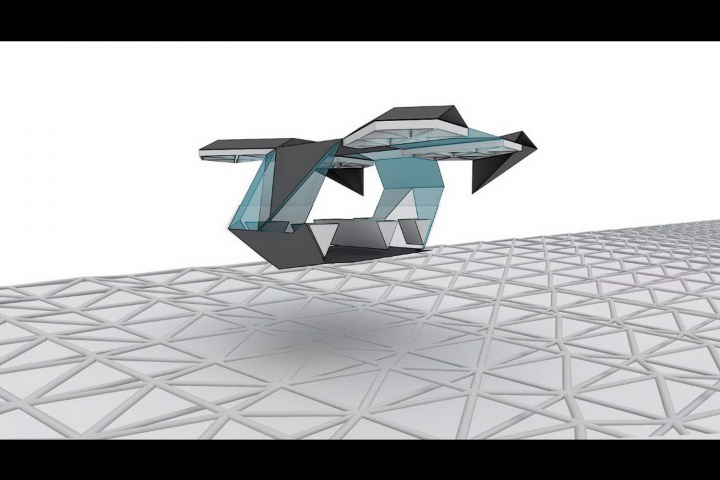 Now, that last bit is the most interesting - it basically means shape-shifting vehicles. Responsive Reconfiguration Technology (RRT) sees the vehicles adjusting their shapes, according to their passenger loads. The red Compact pods don't actually shape-shift, but instead accommodate 10 people seated and 10 standing individually, and can operate either on their own or as part of trains of vehicles.

The orange Mid-Sized machines have an EFTE-3000 membrane than means they can expand from their 15-seated capacity to 30-seated if needs be. Both the red and orange vehicles are intended for short-range use, but the blue Large pod is a long-range vessel - it only takes eight people, but in the maximum of comfort, with a fully configurable interior that can convert into eight beds. The grey Extra-Large RRT car is the same as the blue, but with the ability to stretch like the orange to take another eight people on board in the same comfort, or to take 20 people in total in comfortable, upright seating positions.

There are more funky features, like maglev capability, interconnected cities with loads of green space and docking functions - as well as mention of a ZGF colony on Mars - but you can read more by going here. All in all, it's easy to see why this video won the public vote for this year's design challenge.