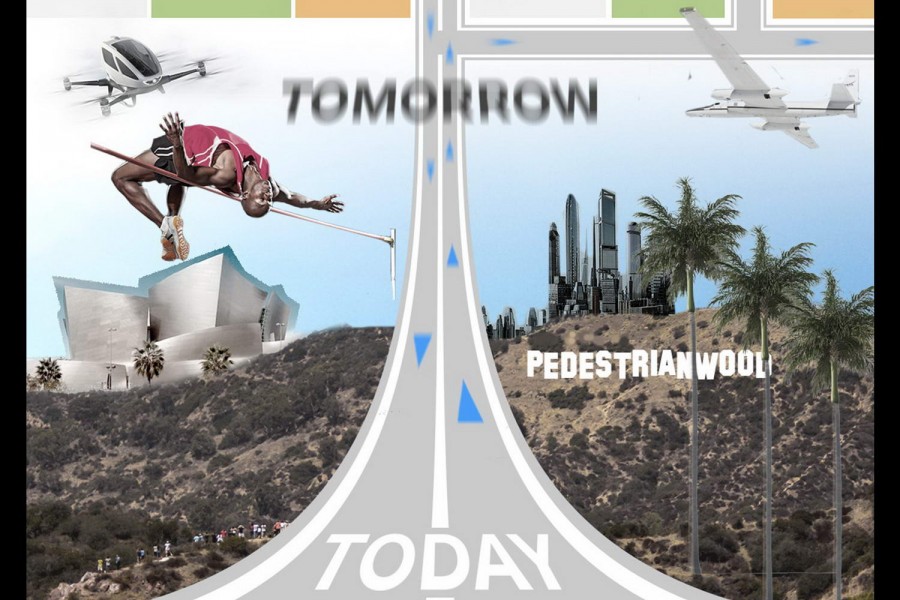 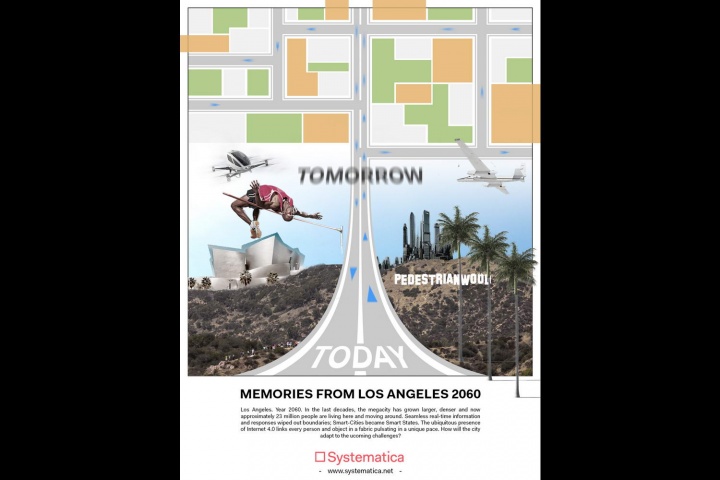 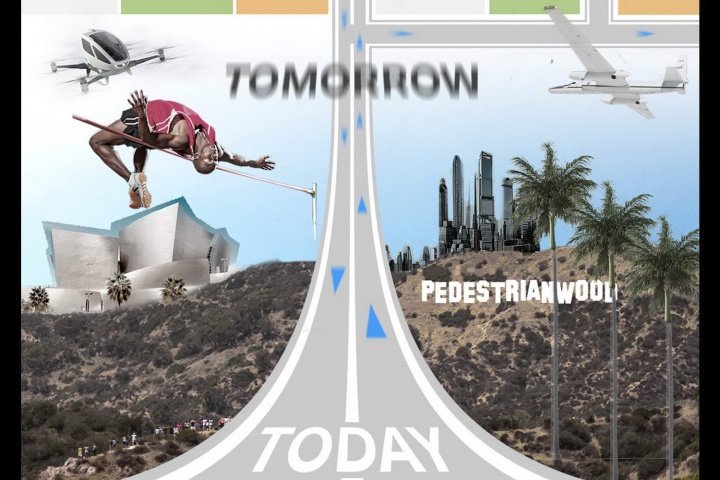 Systematica's vision of a traffic-free LA won the votes of the industry.

Italian concern Systematica, a transport planning and mobility engineering consultancy comprised of Anahita Rezaallah, Federico Messa, Filippo Bazzoni and Rawad Choubassi, went for a bit of the schmaltz factor, by imagining a conversation between a boy (seen on screen, but never heard - all his interactions come in the form of speech bubbles) and his grandfather (who, conversely, is heard but never seen).

In it, he recounts what LA was like in 1984, the last time the city hosted the Olympic Games, and the differences between then and the hyper-connected world of the future. The use of intelligent, autonomous cars has got rid of congestion, accidents and most of the traffic on the western American city's streets, meaning those spaces previously reserved for choking traffic can be turned into walkways and even sporting venues.

This 'full decentralisation and efficient network of vertical and horizontal transportation' also allows for faster travel times, with a graphic showing that even Santa Barbara and San Diego were more than an hour's travel from the centre of LA in 1984, while in 2060 people can get almost all the way to San Jose, Las Vegas and Phoenix in the same amount of time. The Systematica vision also posits a common theme, one of people no longer owning cars as a possession, but only using them when required on a hire basis.

Our cute-faced, bespectacled but weirdly silent kid also is bemused by the idea of traffic lights, or cars running down pedestrians. So, the future is clearly a better place. Isn't it? Strangely, this is the one that won the acclaim of its industry peers, taking a secondary award for the 2017 design challenge as a result.