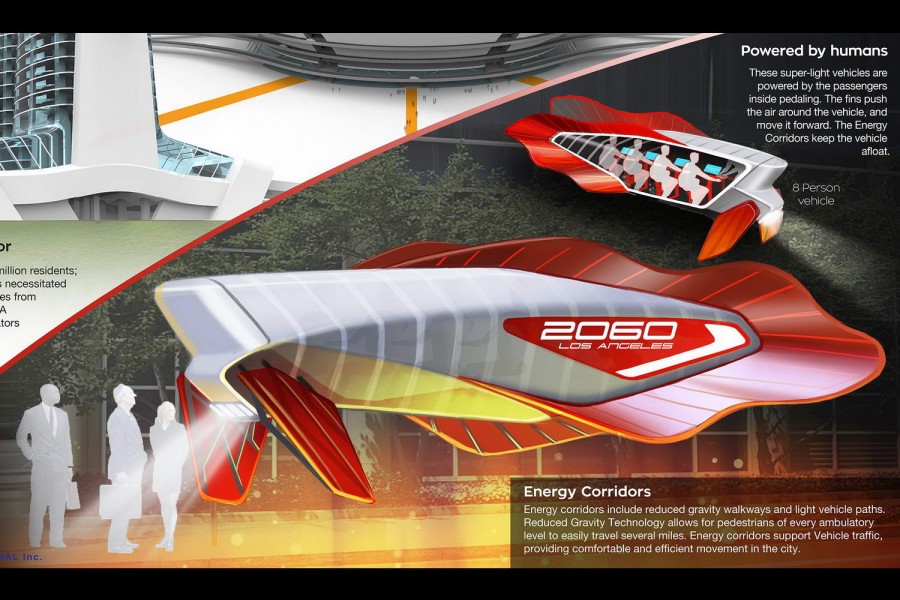 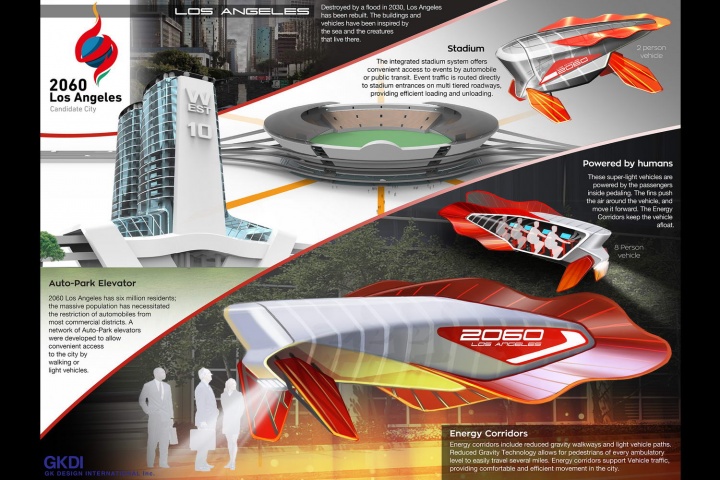 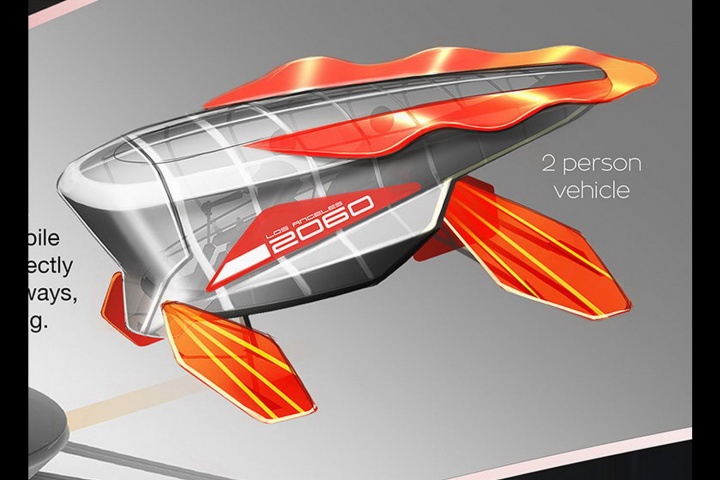 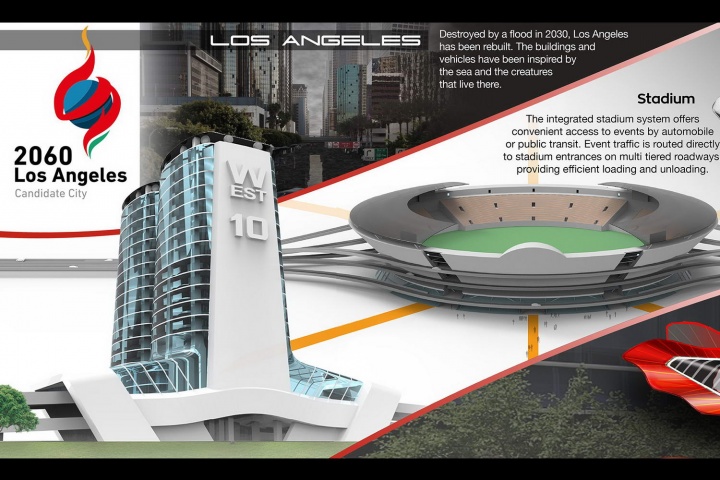 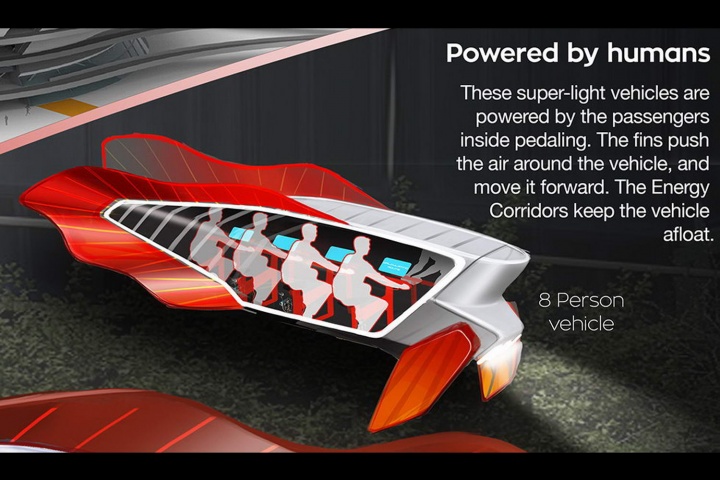 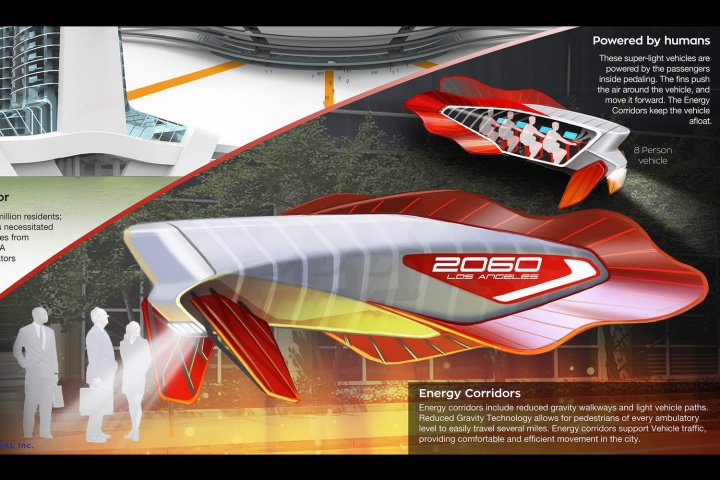 GK Design International (GKDI) cites itself as being ostensibly a Japanese company, with further offices overseas. The team is made up of Darin Butterfield, Domenick Shulz, Eita Oda, Julio Flores, Masaru Akashi, Norman Kerechuk and Taro Kaneko - all of whom clearly like a good disaster movie.

That's because, in GKDI's take on the future, LA is recovering from a tsunami that ravaged the city 30 years prior to the 2060 World Games. The central commercial and entertainment area is ringed by a series of 'parking/maintenance lots', that are integrated, towering constructs with automated parking facilities for cars (quite old-fashioned-looking cars, we might add).

From these, a networked transit system allows people to access all areas of downtown LA with ease. Reduced gravity walkways in the green central spaces allow for flying transport modules that look vaguely like insects, what with their flapping motions, while in the commercial district, only light vehicles are allowed at street level - deliveries and emergency vehicles are instead routed on underground passageways.

The city has a system of 'roadway integrated venues' that are accessed entirely by GKDI's array of vehicles, while access to the cloud is a breeze at each venue, thanks to the 'neuro-network' - made up of flying robotic jellyfish. No, kid you not.

Finally, GKDI says LA in 2060 is perfect for hosting large sporting events and is the most 'net-friendly city' in the world. It also said its approach to the challenge was 'focused on integral and scalable transportation services highlighted by a series of energy corridors providing over-air power for all vehicle types'. Well, quite.