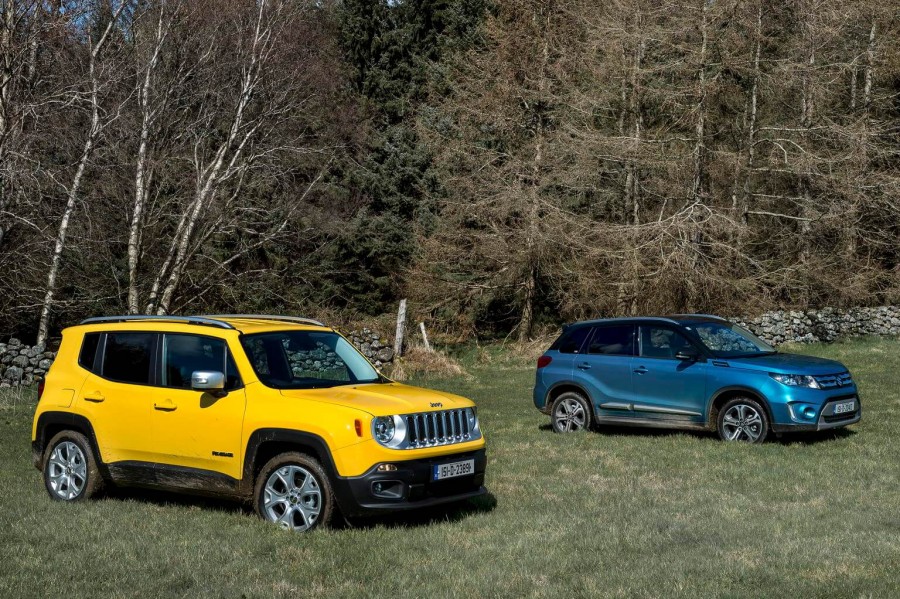 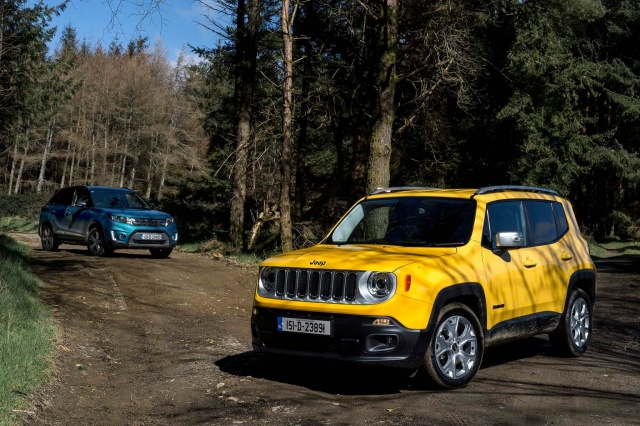 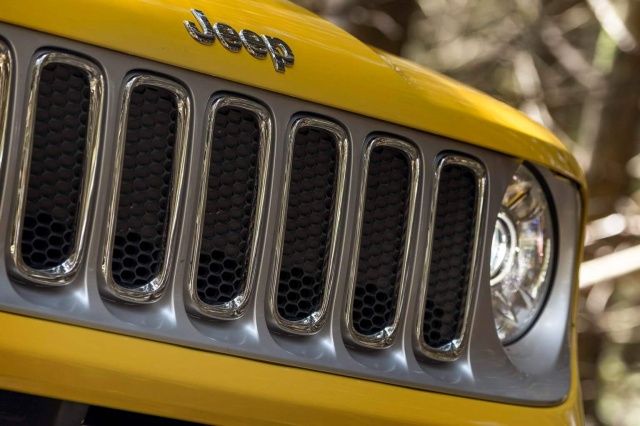 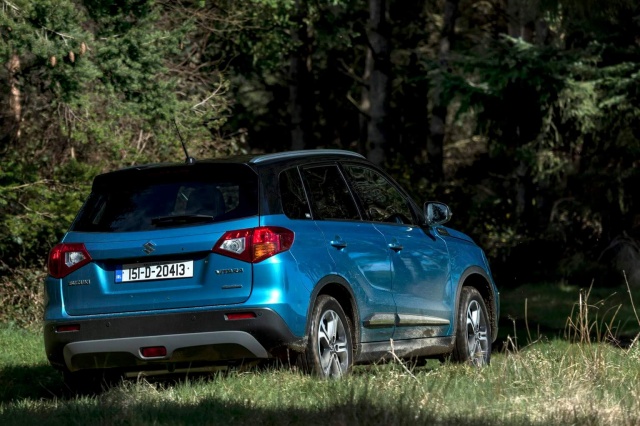 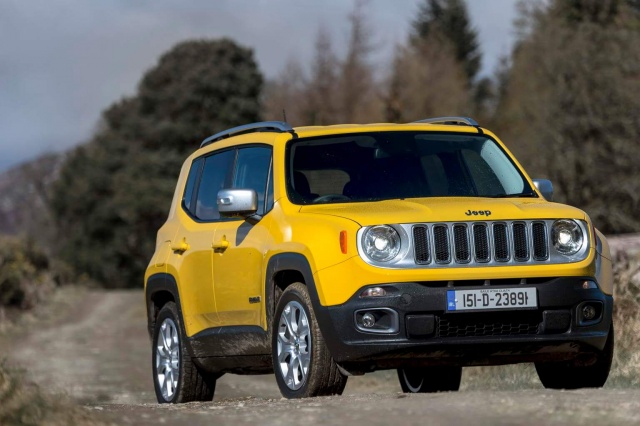 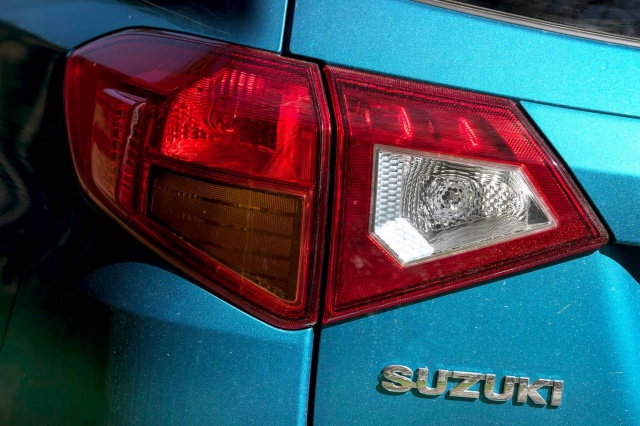 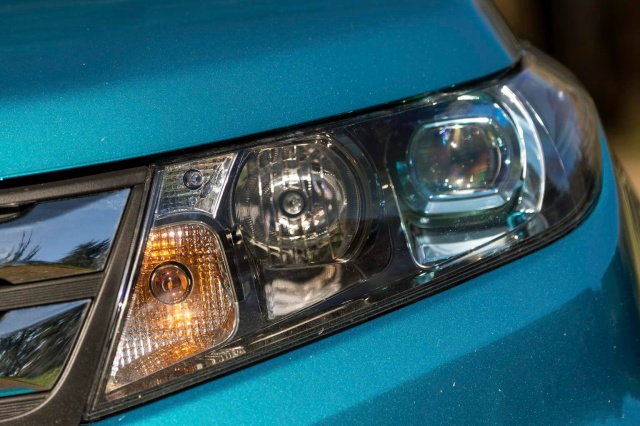 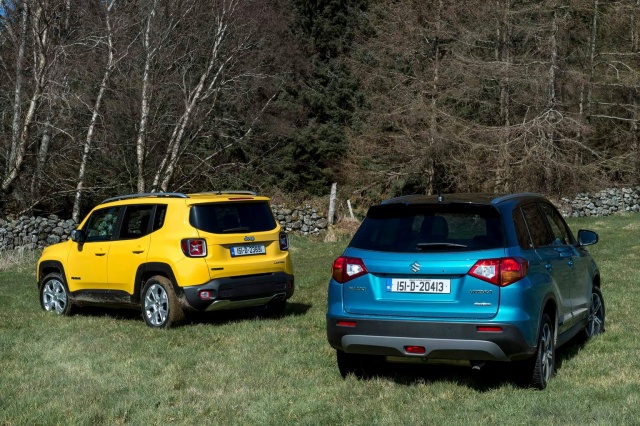 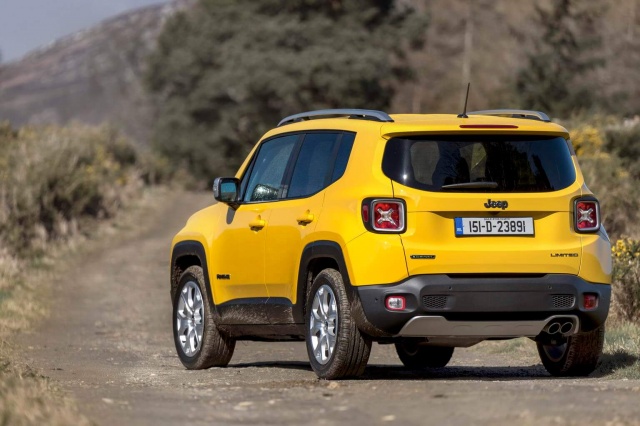 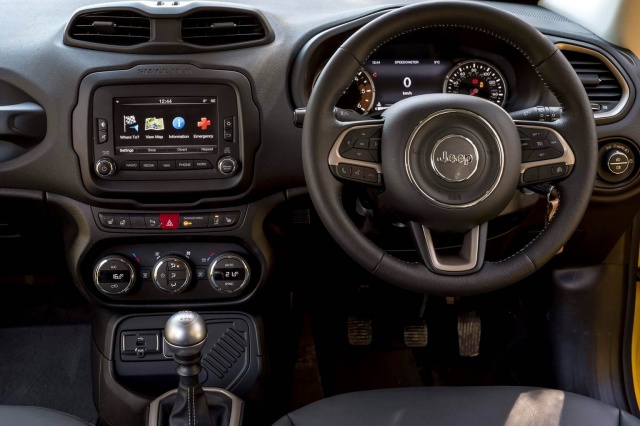 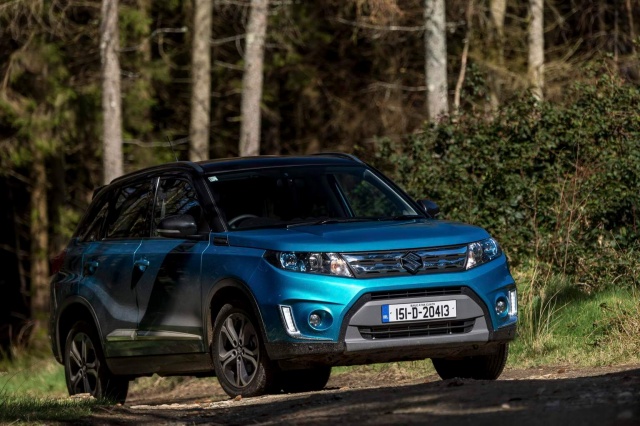 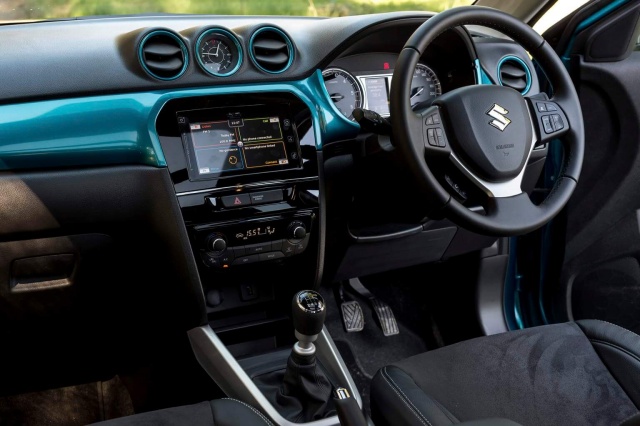 Here we pit the Jeep Renegade and Suzuki Vitara up against one another.

One invented the 4x4 in the first place; the other can rightly claim to have invented the original crossover. But can Suzuki beat Jeep at its own game? Here we pit the Jeep Renegade and Suzuki Vitara up against one another.

Split decision time here - I personally reckon that the Jeep is the better looking of the two. Controversial? Yes, as I know more than a few people who metaphorically (occasionally literally) wretch into the gutter when they see a Renegade approach. One colleague even likened it to "a runaway extra from Finding Dory". But, and I realise this is entirely subjective; I think the Jeep is really kinda cool looking. It looks like a proper Jeep for a start, with that upright radiator grille and round headlights, and I like the fact that it's not really trying to be low-slung, 'coupe-like' or aerodynamically styled. It's bluff, rather seventies in its look and very, very distinctive. In a world of samey-samey car styling, that counts for a lot with me.

The Suzuki suffers badly from that samey-samey styling issue. It's certainly not ugly, but it's a touch generic in its looks, with rather a lot of obvious poaching from the larger Range Rover Evoque. OK, if you're going to nick styling cues that's a good place from which to lift them, but Suzuki has further spoiled the Vitara's look with this two-tone colour scheme (thankfully optional) with a contrasting roof panel and pillars. It just never quite sits right to my eyes, no matter the colour combo, and I think the whole car just looks so much better when you spec it in one, solid hue.

Inside though, the score goes the other way. While there's not really any doubting the Jeep's cabin quality (everything looks and feels pretty expensive), the fact is that it's pretty messy - lots of different grades of plastic, lots of differing surfaces and the least said about the 'mud-splash' that denotes the redline on the tachometer the better. It's also a little dark and claustrophobic.

The Suzuki goes completely the other way, and more successfully so. The cabin is quite plain (as long as you avoid the OTT optional body-colour strips on the dash) and once you ignore the rather cheap looking clock set above the centre console, everything looks and feels as if it's made of heftier stuff than that of the Jeep. It also has much neater main dials; albeit its digital displays are nowhere near as sophisticated as those of the Italian-American's.

The Suzuki's big draw for me though is how bright and spacious the cabin is - rear seat space isn't that much better than that of the Renegade, but it feels subjectively roomier, and the boot is significantly bigger - you get an extra 25 litres. That's enough to make the difference between being a bit cramped for a family of four (as is the case with the Jeep) and having enough room to fit in all the bags and chattels for a weekend away.

Would you be shocked if I told you both have the same basic engine and it's a Fiat unit? Yep, it's true. Hardly a surprise when you remember that the Jeep brand is outright owned by Fiat, but Suzuki has successfully been using Fiat diesel engines for some time now, and it speaks to the engine's longevity and reliability that a car maker such as Suzuki is happy to use them.

The good news is that it's a very good engine - mostly smooth and quiet (a little bit vocal at times, but not irritatingly so) and with oodles of grunt. In fact, with 120hp and 320Nm of torque, this Italian-American-Japanese unit is significantly ahead of many of its major rivals, especially in the torque department. Thus equipped, both cars make excellent progress, and feel really flexible and powerful. Shunting past slow moving motorway traffic is a doddle and there's enough oomph on hand to pull smartly out of tight junctions too.

With the engine all but identical the differences are in the details. The Suzuki's gearing is slightly longer-legged, so it's slower to accelerate to 100km/h (by a full two seconds), but it has superior official fuel economy to the Jeep - 67mpg plays 61mpg. In reality, both will average out in the high-forties, mpg-wise, in daily driving, so the differences are really paper-thin. The Vitara ekes out a slight 9g/km emissions advantage, but it's an on-paper advantage only - both will cost you €200 a year to tax.

When it comes to the dynamic performance though, the cars do differ. Drive the Jeep in isolation and you'd probably think it's pretty good - the steering feels well-weighted, the chassis responds with decent alacrity and all feels appropriately good through the corners. The handling standards of this class aren't very high, but the Jeep meets them pretty easily.

The Suzuki exceeds them though, and badly shows the Jeep up, especially in the steering department. It's got better-weighted steering, feels more incisive and while actual feedback may not be much better, the Suzuki is the more satisfying car to drive.

Both are accomplished off-road, but there's a catch. The Suzuki, as tested, comes with a very sophisticated four-wheel drive system (Suzuki calls it AllGrip) that not only sends power to the rear wheels when it detects the front wheels slipping, but can actually predict when that slippage is about to occur, and divert power milliseconds before it's actually needed. Reassuring on a wet day on the road, it also gives the Vitara surprising off-road prowess - it really will clamber, wade and slip through some very rough terrain.

So will the Jeep, but here's the issue - you have to upgrade to the significantly more expensive Trailhawk model, with a 2.0-litre diesel engine and nine-speed automatic gearbox, to get a four-wheel drive Renegade. Then it's amazing, utterly capable and totally worthy of the Jeep name. At this price level though, it's strictly front-wheel drive so there's a far shallower pool of talent to call on.

Both cars could do with a dose more refinement though - the Jeep is marginally worse off when it comes to suppressing noise but the Suzuki's ride quality is occasionally too firm and jittery for Irish tarmac.

Here is where the two cars really diverge. At €27,000, in Longitude trim, the Jeep is at the lower end of its price chart, while the Suzuki, in GLX form, is at the upper end. They are equipped accordingly, so you get 17-inch alloys, cruise control, ambient lighting and leather steering wheel in the Jeep, but the Vitara comes with satnav, parking camera, radar braking system, hill descent control, LED headlights and automatic lights and wipers. No contest really, the Suzuki wins it here.

Here we have two ostensibly similar cars, separated by a gulf of price. While the Vitara and the Renegade share an engine, a segment and, generally, a philosophy, it's the Suzuki that comes out significantly ahead. That's partly, and substantially, down to its price advantage, but also to its superior driving manners, greater space efficiency and the suspicion that it will be more reliable long-term. We still like the Renegade, but its outré styling is likely to date quickly and its dark, less roomy interior holds it back, regardless of price.

As Neil pointed out, when taken as a whole, the Suzuki Vitara and Jeep Renegade line-ups aren't really in competition, but if you're a buyer with about €28k to spend on a crossover then this comparison test is very valid. And for that reason I have to concur with m'colleague's verdict, in spite of an affection for the Renegade's unique image. The Vitara represents excellent value for money - and not just at the upper end of the range either. Not only that, but this one, thanks to its four-wheel drive system, has a much wider breadth of capability than any similarly-priced Renegade. That the Vitara is also more satisfying to drive and a little more comfortable seals the deal. Just go easy with the colour scheme inside and out...