What gets my goat - damn autoboxes! 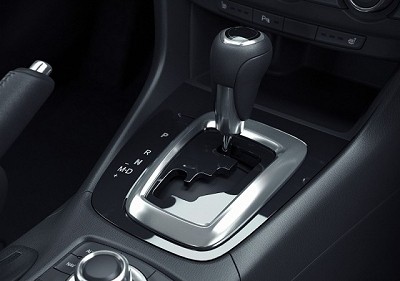 What gets my goat - damn autoboxes!

I have suffered something of a revelation as of late; I am undeniably and unequivocally getting older. Not in the literal sense mind; obviously we are all getting older by the second, but I have recently found myself doing 'senior things'.

I can no longer bend or reach without letting out the kind of groan or grunt one would normally associate with the women's Wimbledon finals - not because the simple movement of bending over to retrieve a child's toy causes me any pain you understand; it just seems natural. I can also not pass a mirror without searching for grey hairs - an utterly pointless task considering I am losing my hair faster than it can possibly change colour.

Both of these things can be fairly easily explained away: I have injured my back more times than I care to remember over the years and, in my head at least, if I grunt the pain will stay away - while baldness and grey hair are both hereditary issues. Unfortunately, my latest dalliance with being an old codger cannot be explained away with such ease.

You see (and I feel I should be saying this standing up in a support meeting), of late I have begun to prefer automatic gearboxes to manual ones. For me this is a big issue, as I have always associated autoboxes with the elder members of society - my parents (both in their late fifties) have for the past number of years - and number of cars - driven automatics, while my father-in-law (a few months short of retirement) also prays at the temple of auto. The last manual car any of them owned was the Japanese import Mitsubishi Colt I learned to drive in, which was written off not long after I passed my test (not my doing) to be replaced with the first auto. My siblings therefore have only experienced auto and have passed their tests in one.

I like manuals though; I like the connection between car and driver that comes from physically having to shift your own cogs and there is little that can compare to a perfectly judged change of a delightfully short throw gearbox when you are erm... pushing it on.

Recently however my views have been swayed by the advances in autoboxes. It was probably Volkswagen's dual-clutch DSG system that forced other mainstream manufacturers to look at their transmissions that, for me at least, had been lumpy, slow and best conserved for the elderly. However, when Volkswagen and its assorted subsidiaries began to offer hotter cars with DSG I stood up and paid attention - until I drove one.

It was a second generation Skoda Fabia RS; a smoking hot little supermini with more power than its chassis could handle and flappy paddles that left me feeling like I was playing Playstation. There was no interaction between me and the car - yes the system worked flawlessly with each flick of the finger resulting in a new cog being engaged but I was left feeling ...eugh!

A few months later I jumped in an Audi A4 with CVT Multitronic transmission and thought 'eugh' again (that is a great all-encompassing term), but that feeling disappeared within a few miles. Yes it still had flappy paddles that robbed me of the chance to 'mix my own gears', but when threading corners together the system worked perfectly, much better than the old Multitronic unit that was as lumpy as my porridge. This was quickly followed up by an all-new 3 Series in Sport spec complete with eight-speed automatic gearbox. Again the interaction between my fingertips and what happened on the road was there - unlike it was in the Fabia - and I began to think 'You know these autos aint so bad.'

Last week I was in Paris to drive the new Mazda6 saloon that features a six-speed manual that has been modelled on the MX-5 roadster's. It is a delicious little thing, with snappy short throws between gears, a true joy to use. Until I jumped into the automatic version straight after!

This was my first experience of Mazda's new Skyactiv Drive auto and frankly it amazed me. Here is a transmission that combines the smoothness of a modern CVT, the flexibly of a twin-clutch set-up and the ease of use of a conventional auto. For the first time in living memory I jumped out of the car and, given the choice between the auto and manual, I would have chosen the former.

Damn you autoboxes for being so good and making me feel older than my years (but not hairline) would have you believe.