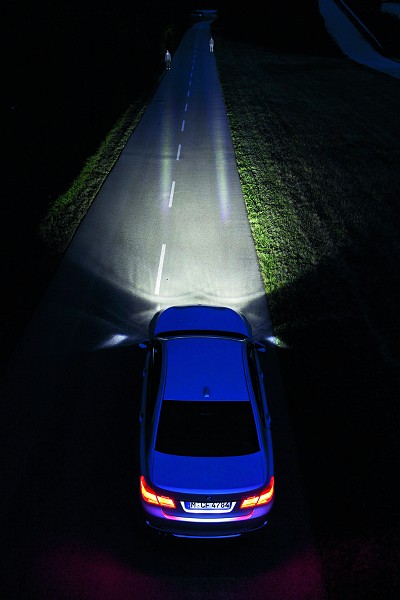 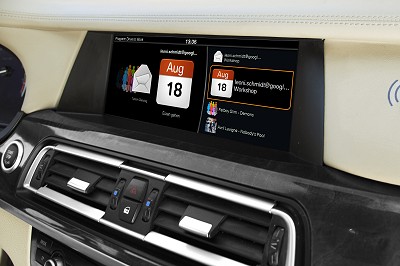 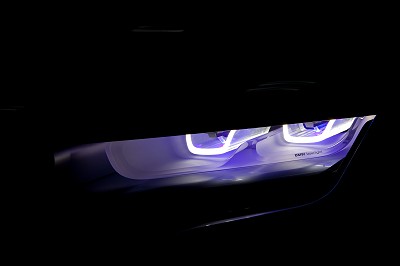 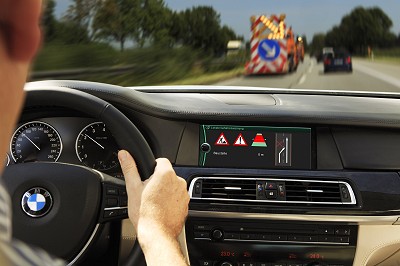 It's the sort of make-believe technology Q would throw James Bond's way, but BMW is turning dreams into reality with a showcase of future features for its cars. Laser headlights; night vision; augmented reality driver assistance; driver gesture recognition: it's all impressive stuff, and not far from becoming commonplace in the firm's model range it seems.

We were given an insight into what to expect in BMWs of the near future at its Research and Innovations Centre in Munich, where 9,000 employees work to enhance convenience, infotainment and increase safety in vehicles.

On the illumination front, BMW's Dynamic Light Spot is a targeted beam of light fired at pedestrians to make them more visible to the driver. It only targets those in dedicated warning areas (i.e. not those safely walking on the pavement); picking up road-wandering pedestrians in a 100-metre range and following them with a spot light. The stagger home from the pub should now be far safer for all concerned!

Headlights of the future were also demonstrated, with LEDs taking a back seat to laser lights. Stronger, better, brighter, further is the claim, and energy-saving to boot. Signs point to these laser lights arriving with the BMW i3 in 2013.

Then there's Proactive Connectivity. Here, your car predicts what will happen in the next two minutes in terms of road conditions and hazards. This involves data fusion collected from traffic lights, variable speed limit signs, traffic monitoring systems and other vehicle information, then combined with a touch of probability. This data is wirelessly sent to a control unit in your car, giving a visual warning and recommendation of what's coming and what to do next.

Expect your next BMW to have an Infotainment Assistant - your own in-car butler in other words - that learns what you want to hear next, be it music, emails read out to you, or the latest post from a friend on Facebook. Then there's an app giving remote control to your BMW, allowing you to lock and unlock it, pre-heat or pre-cool the cabin, or simply remind you where you parked the car.

As for wireless, BMW is ready with functionality to LTE (4G) over-the-air high-speed internet; it's just waiting for LTE's availability and area coverage to meet its goals, which is predicted to be by 2013.

Gesture recognition, a la Minority Report, is being worked on where a wave of the hand or a nod of the head would allow you to interact with content, such as playing the next music track.

Then there's Augmented Reality using an advanced Head-Up Display where navigation directions merge with reality, and hazards are indicated in the driver's direct line of vision. We tested this on a BMW simulator, and it truly is a marvel with virtual markings (such as highlighting a road lane or direction suggestion) superimposed over real life through your windscreen.

Technology moves fast, and it seems BMW is moving it along faster in our cars than most.