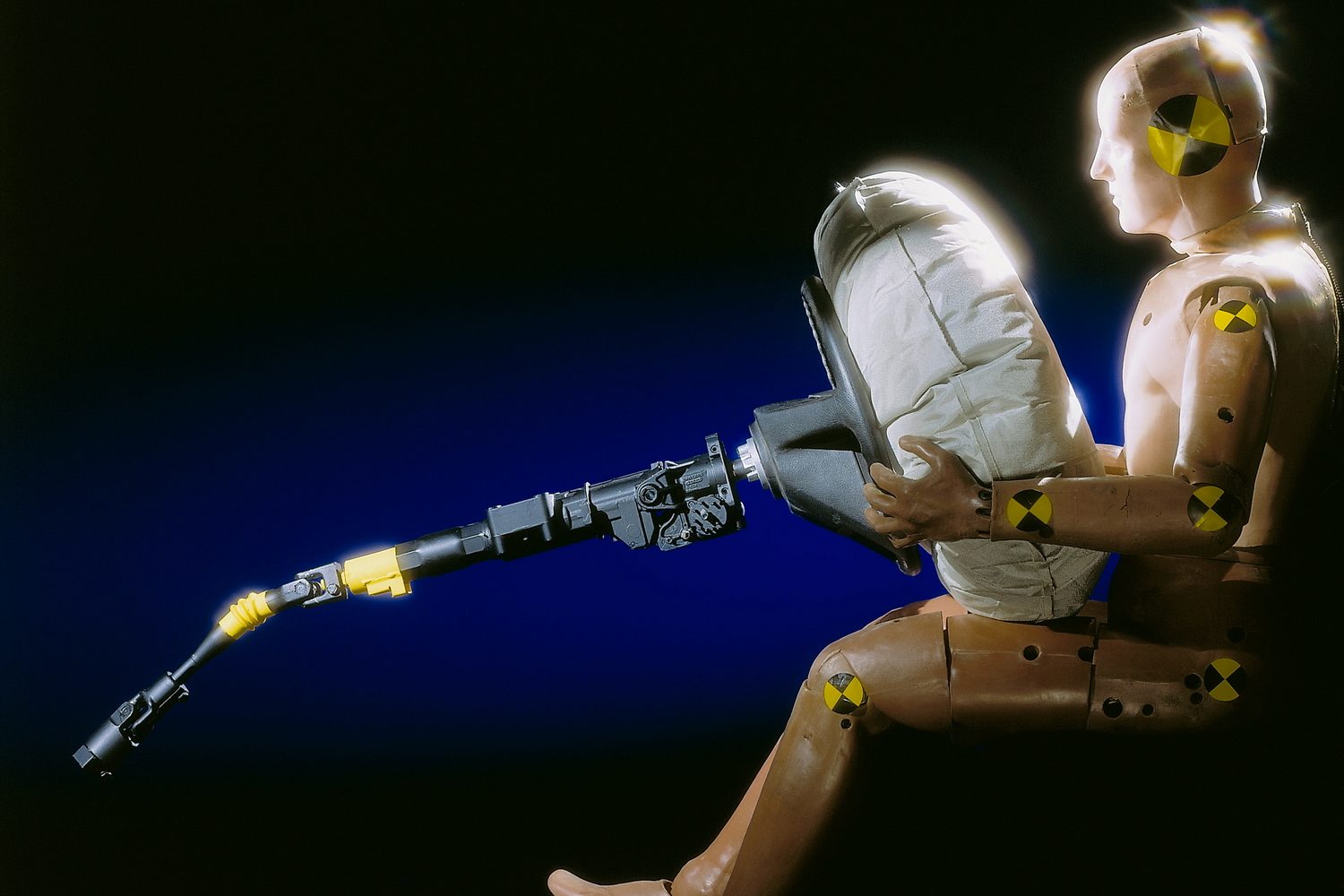 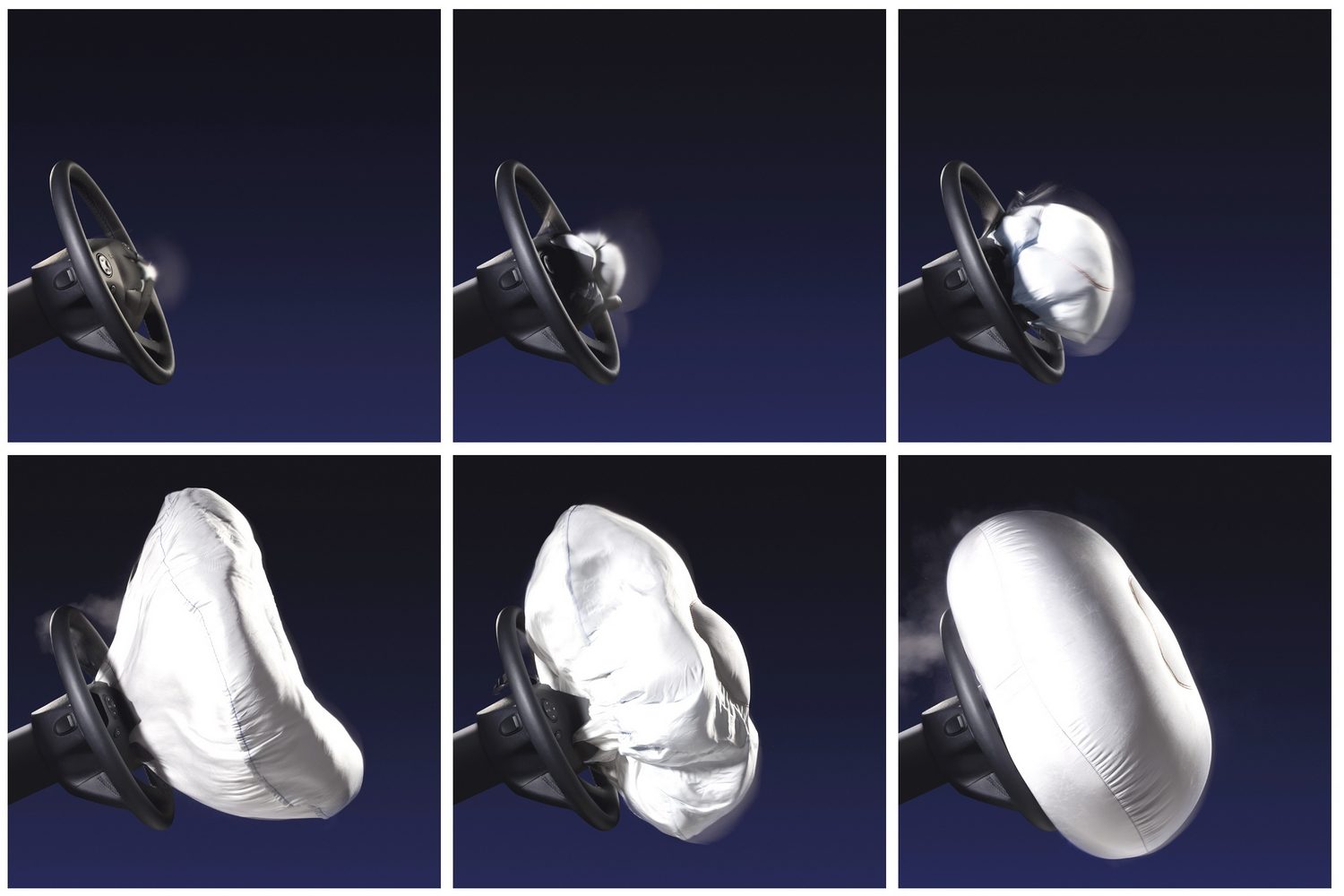 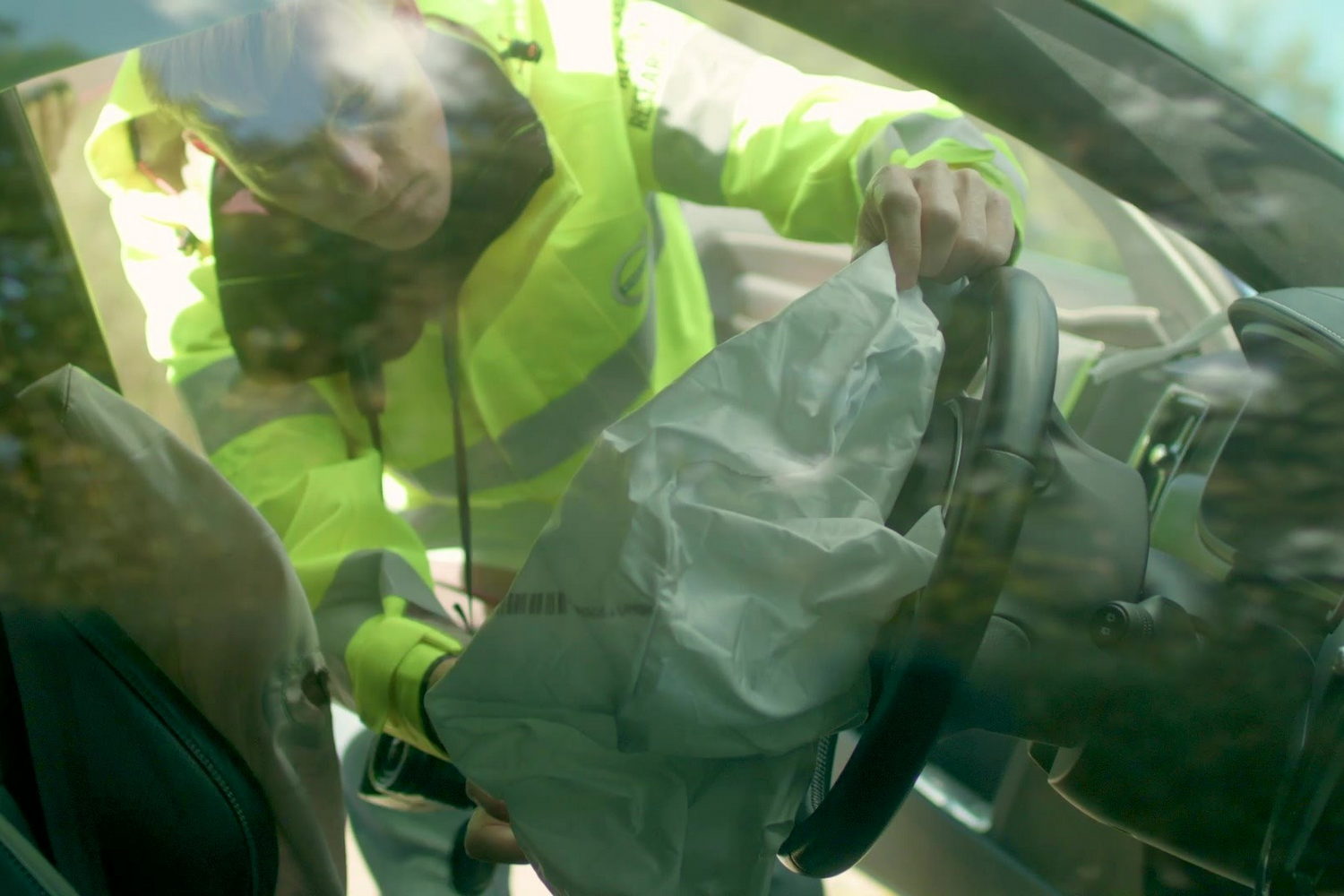 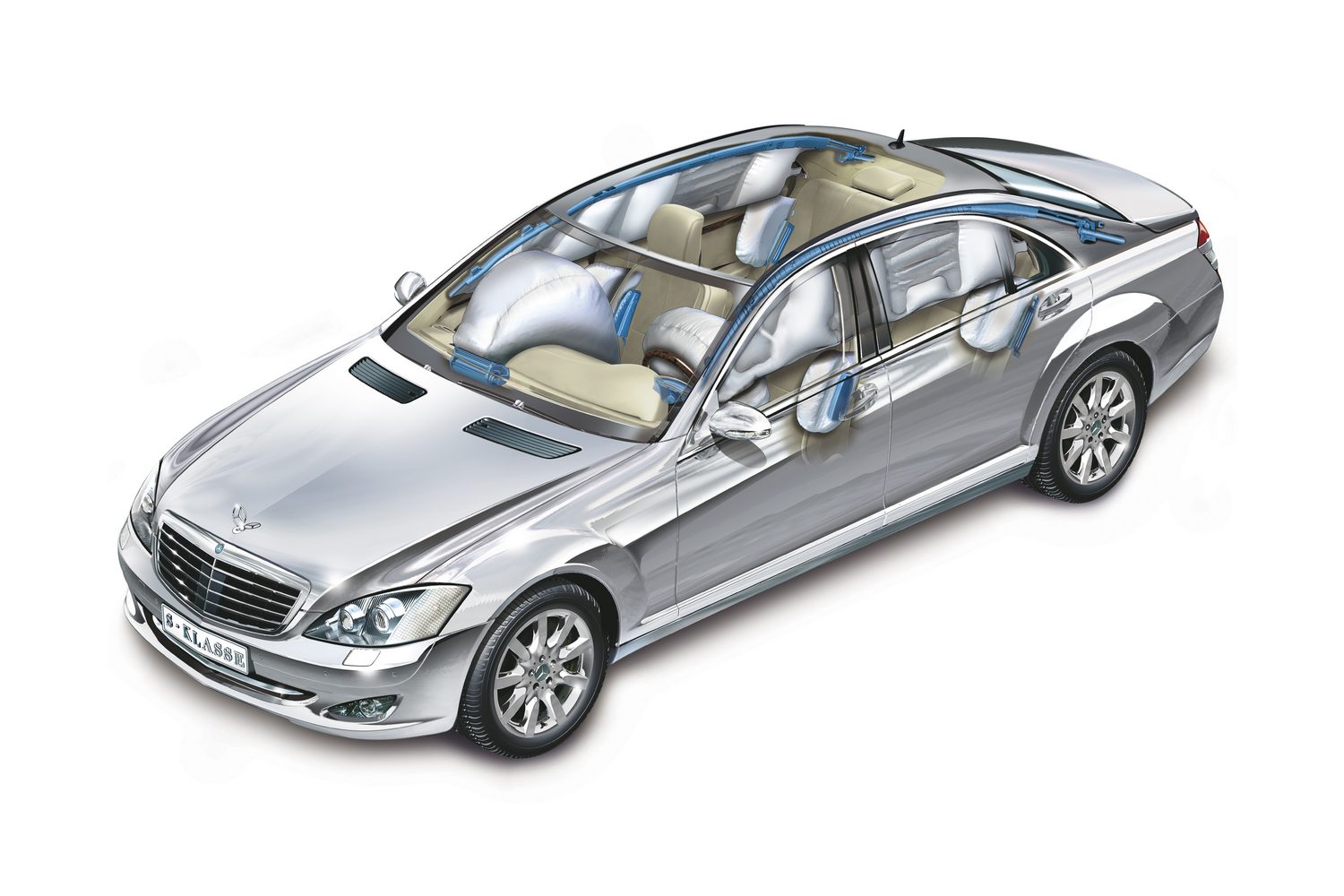 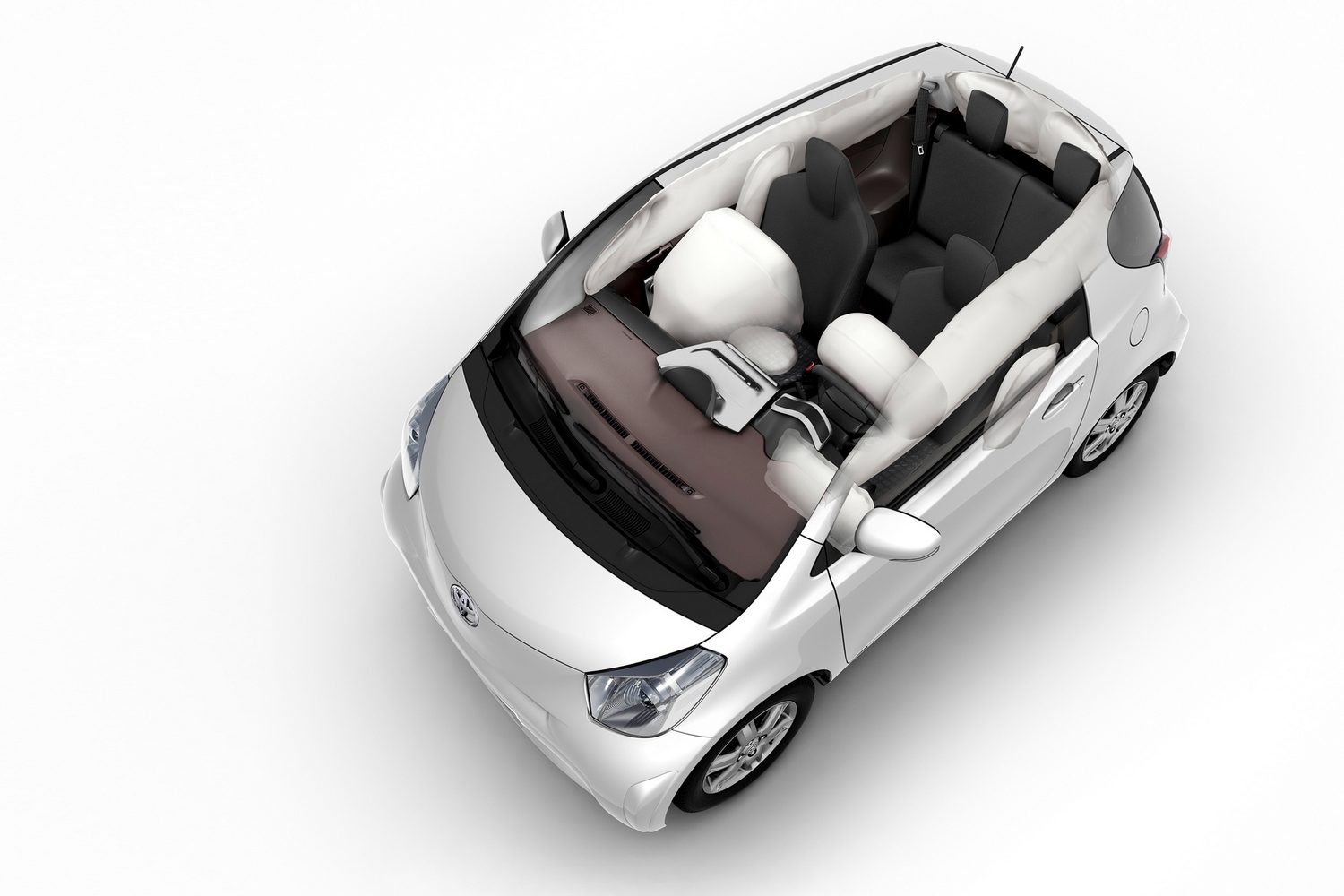 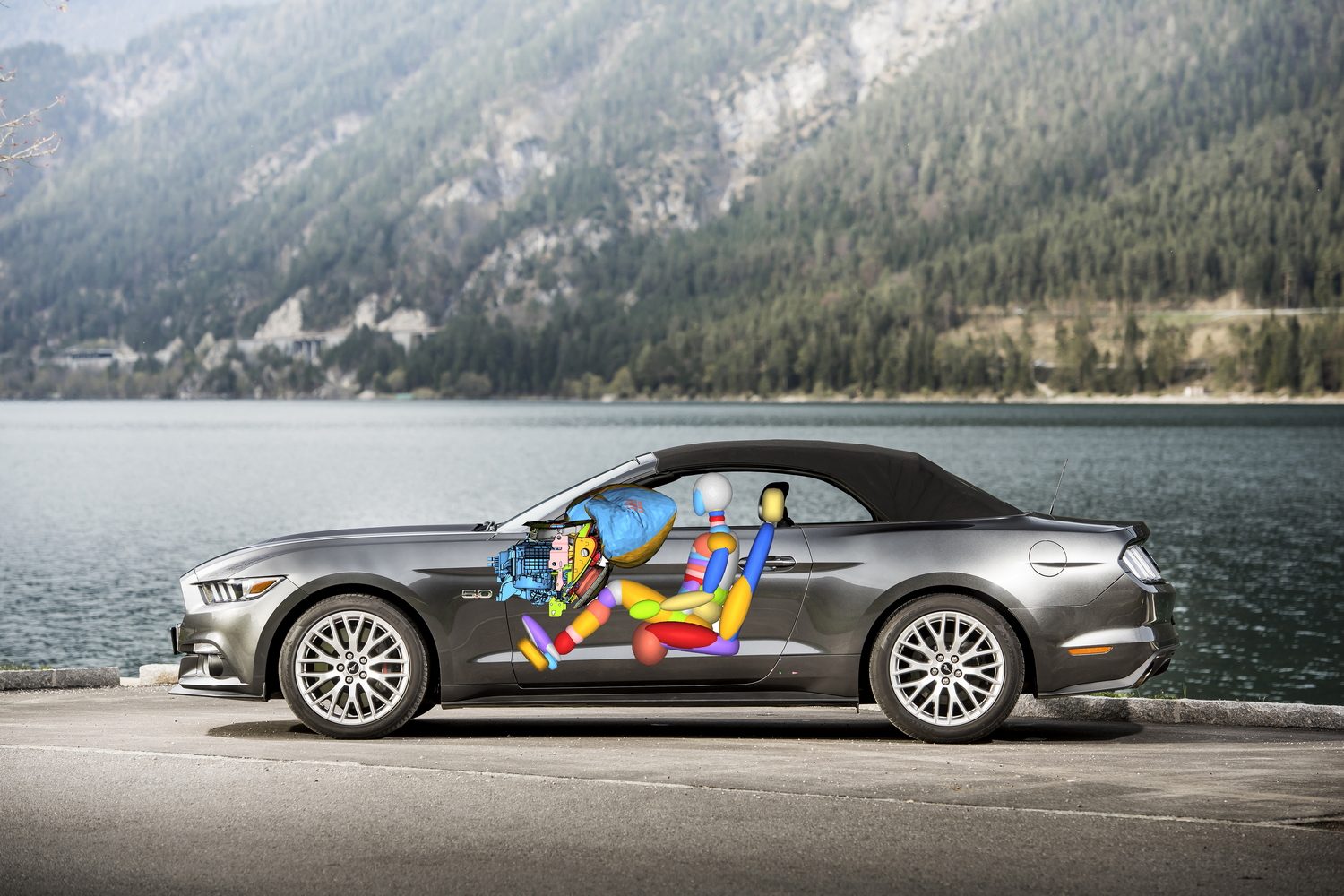 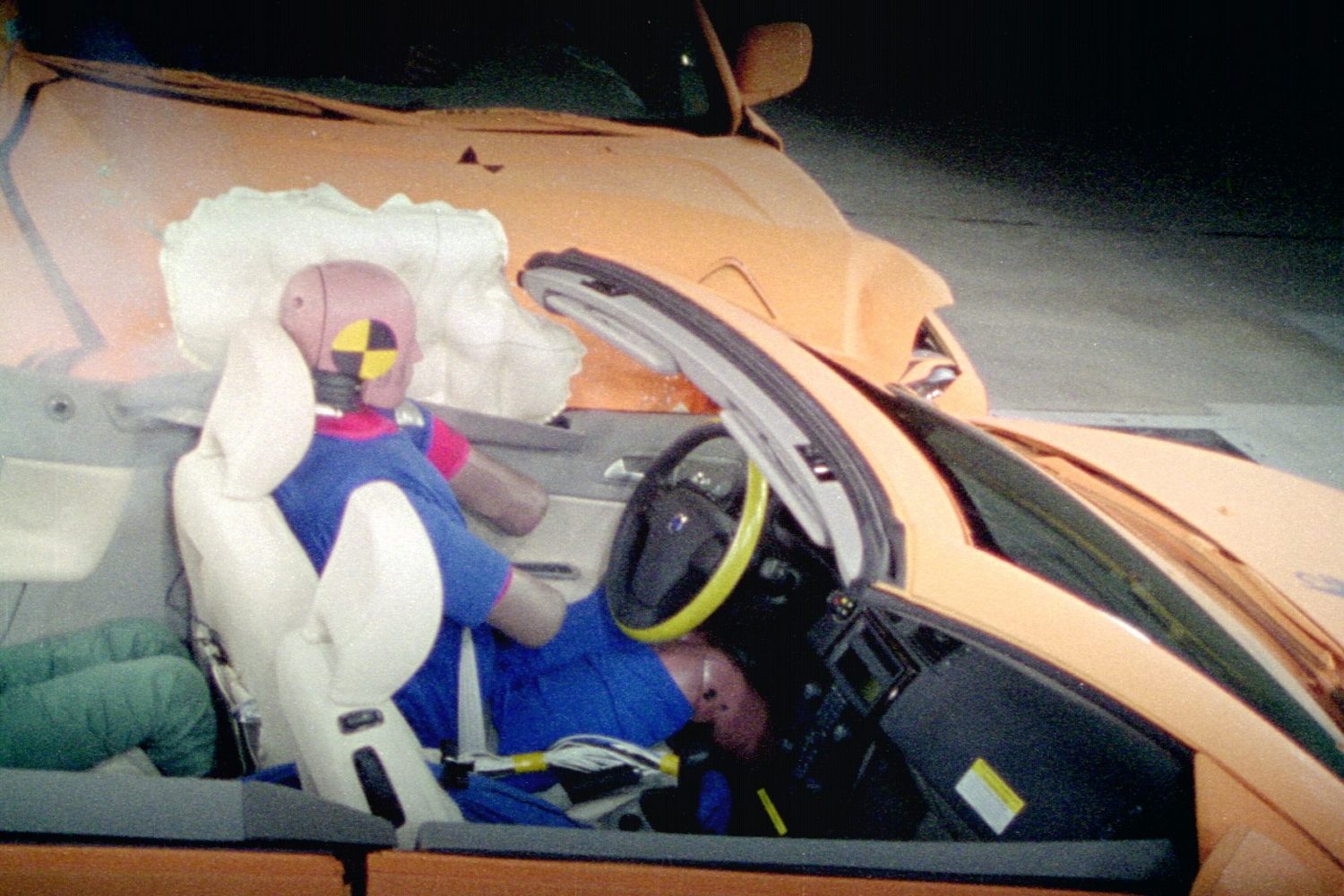 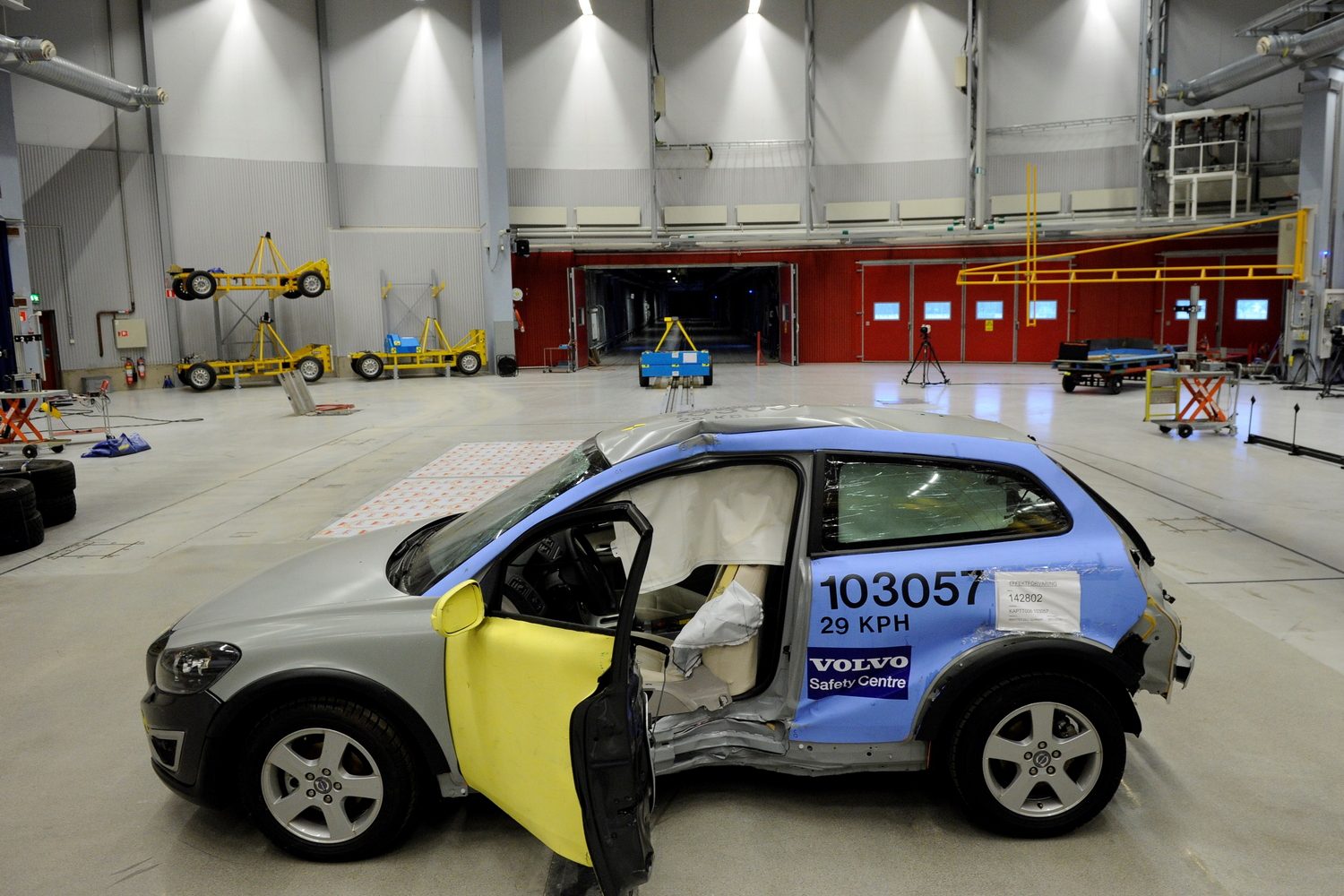 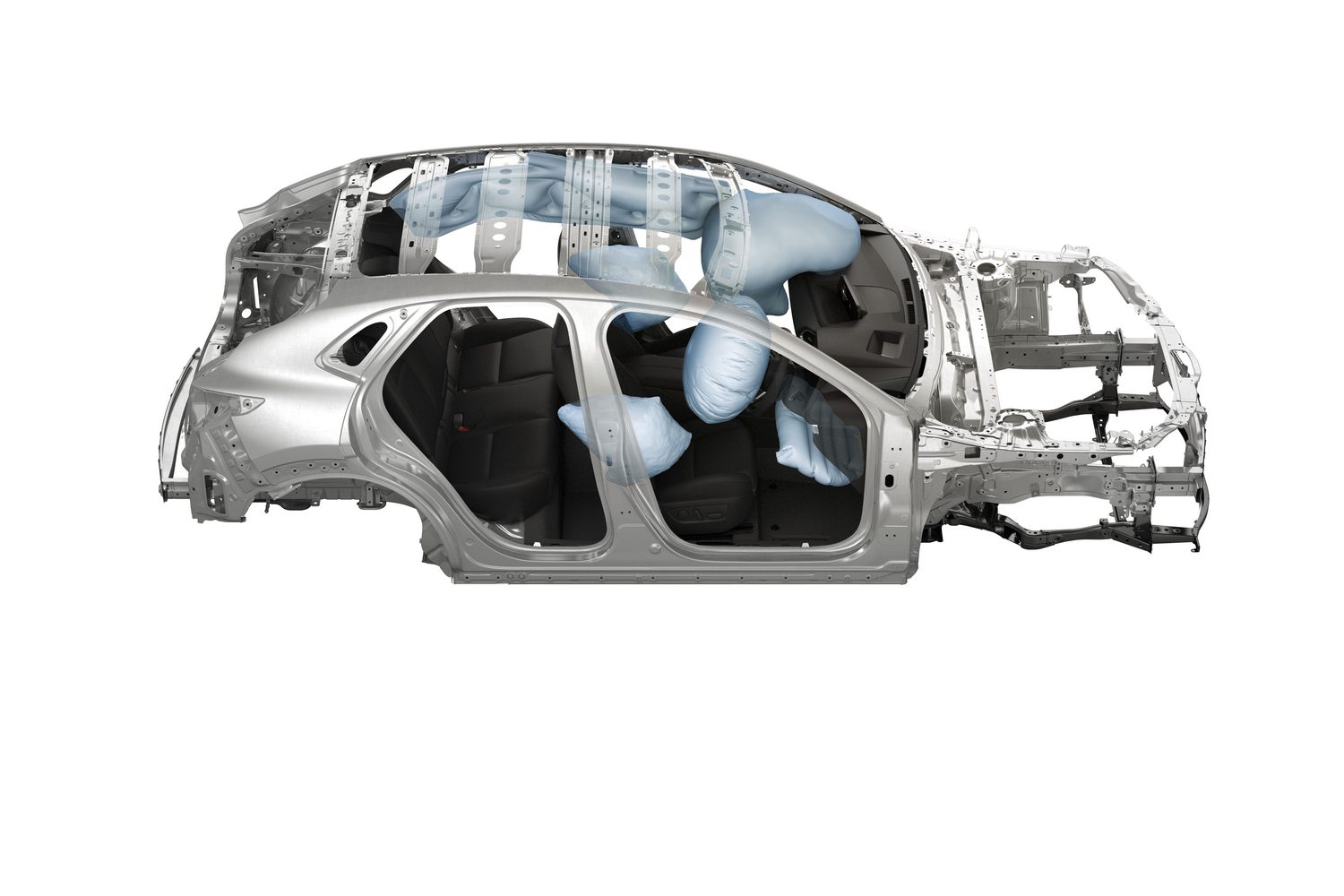 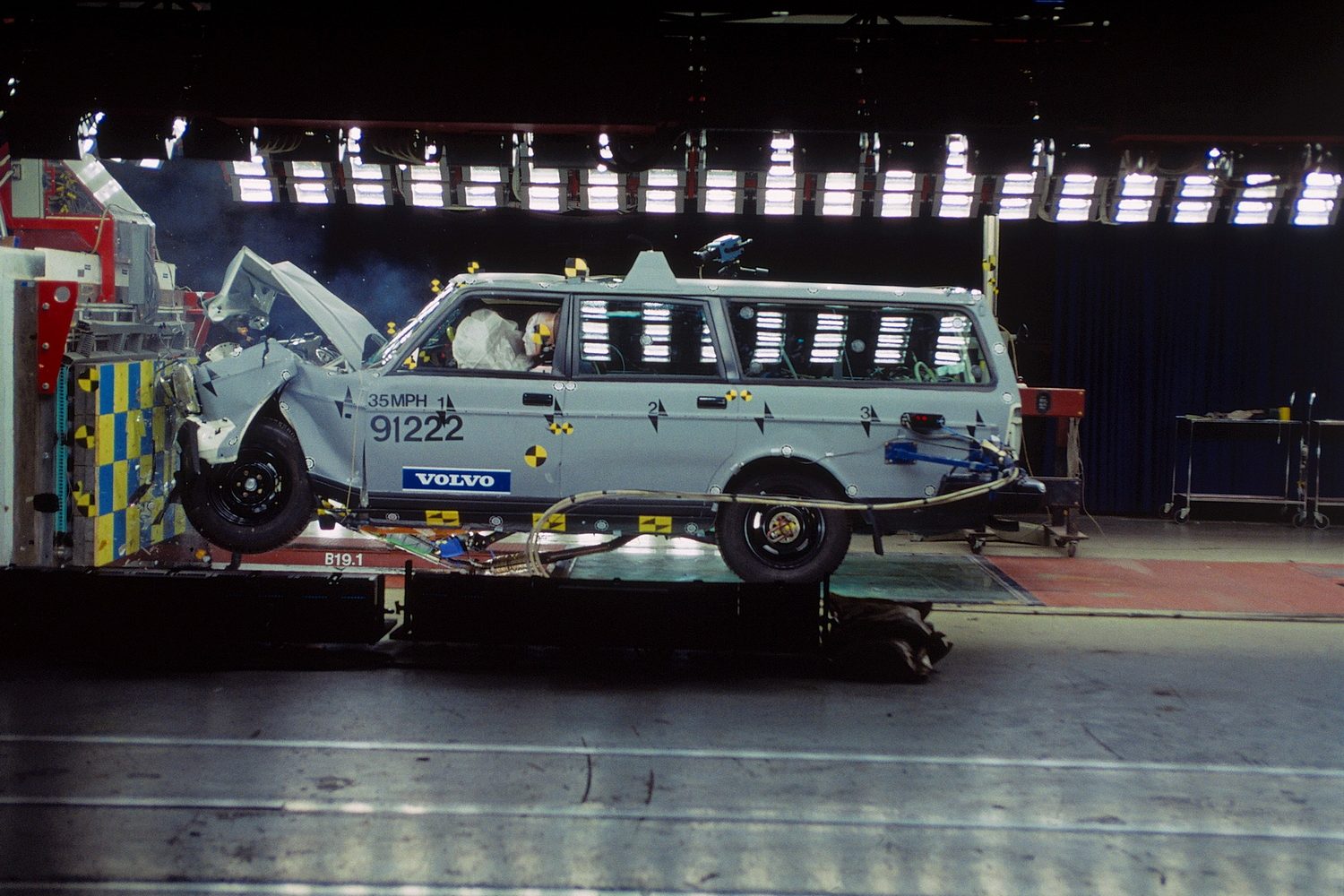 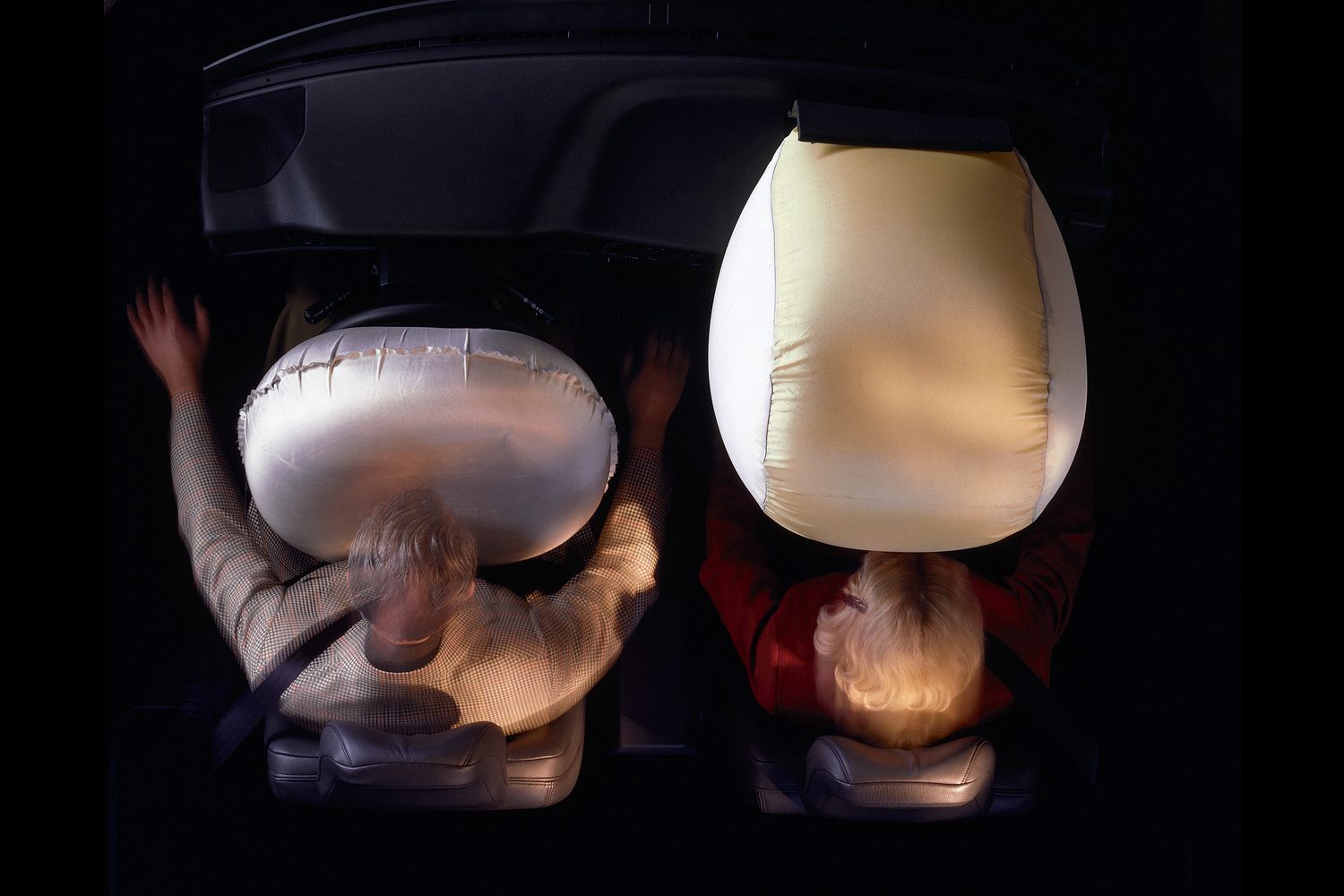 There are almost more airbags inside cars now than there is interior space to put them. But where did the mini-bouncy-castle spring from?

Homer: Seatbelts? Pfffft. They kill more people than they save.

Lisa: That's not true, you're thinking of airbags!

It's a classic line of Simpsons dialogue, and one of the rare instances where the usually super-intelligent Lisa is actually being as dumb and as credulous as her inimitable father, Homer. Of course, airbags don't cause more injuries or deaths than they save. Mind you, the maths is not one hundred per cent in their favour...

Airbag technology in theory dates back to a 1919 US patent for a system designed "for the covering of aeroplane and other vehicle parts", but as with so many bright ideas the technology of the time was lagging way behind the inventiveness.

You have to fast-forward to the 1950s when more patents were granted, to German engineer Walter Linderer and US inventor John W. Hetrick. Those were, of course, much simpler devices than we're used to these days. They would be deployed if a spring mounted in the front bumper of a car compressed in an impact, triggering a compressed air canister to inflate the airbag.

While that all sounds good, the fact was that such systems could never respond fast enough to actually pump up an airbag to anything like a useful pressure. In a heavy impact, you'd essentially be crashing your head into, and through, a half-inflated balloon. Still, the idea was sound, and development was clearly worth a go.

That was especially true in the US, where seatbelt wearing has long lagged behind Europe, Ireland and the UK and where airbags were seen as something of a panacea to injuries sustained in a frontal impact. The next big development came in 1967, when inventor Allen K. Breed developed an electromechanical sensor that, with the help of fast-reacting sodium azide, could inflate an airbag quickly enough to actually make it useful. Another pioneer was George F. Kirchoff, who worked at aerospace company Morton-Thiokol, and who was awarded prizes from BMW and safety campaigner Ralph Nader for his efforts to develop safer and more reliable firing pins for the airbag's explosive inflation system.

It took until 1971 - not coincidentally the year that Hetrick's original US patent expired - for someone to actually start looking at serious airbag designs and for once that innovator was not Mercedes nor Volvo, but Ford, which built a small fleet of experimental cars. Two years later, Chevrolet was fitting airbags to some of its cars that were sold to US Government fleets, while in 1973 the first passenger car to be fitted with an airbag went on sale to the public. Again, it was not a Mercedes nor a Volvo, but was actually an Oldsmobile Toronado. Yes, that's the one with the 7.5-litre (445-cubic-inch) V8 engine driving the front (not a misprint) wheels.

(Sidebar: an old friend of mine owned and drove a Toronado back in the seventies. He said it was the best car ever on snow, because it had front-wheel drive and lots of torque. His theory, backed up by experience, was that no matter how out of shape it got, a quick jab of throttle would pull it straight. So, the Toronado was safe in more ways than its fancy new airbag provided for...)

Mercedes was the first to get there in Europe, offering an optional airbag in the 1981 W126 S-Class saloon, but what was the first European car to fit airbags as standard? Everyone tends to think it was the 1993 Ford Mondeo, but that's actually not the case. In fact, it was the 1987 Porsche 944 Turbo, which not only got a standard driver's side airbag, but a passenger bag too. The Mondeo arguably wins the affordable-model award for being first to airbags in Europe. Meanwhile Chrysler, in the US market, would start to offer standard driver's side airbags from 1988 onwards.

Let's circle back to that Simpsons quote for a moment, though. In the US, there was quickly an outcry raised about airbags, and the oft-quoted statistic was that they really did kill more people than they saved. While one might roll one's eyes at the standard US get-your-hands-off-our-freedom response to the introduction of any new safety initiative, the fact is that an airbag is an explosive device, triggered by a charge similar in strength to a shotgun shell, and it's aimed right at your face. If nothing else, the recent Takata airbag scandal should have taught us that even the most theoretically safety-boosting technology can turn deadly when errors creep into the system.

However, Lisa's absolutely wrong in this case. The US National Highway Traffic Safety Administration (NHTSA) carried out a longitudinal study from 1987 to 2017 and found that airbags in that time had saved 50,000 lives. Equally, between 1990 and 2000, it was found that airbags had killed - usually through head injury from being too close to the airbag when it deployed - 175 people, 104 of them children. Most of the other deaths involved "female adults that were shorter than average." Each of these deaths is unquestionably a tragedy, but with 50,000 (and many more since) saved, it does seem that the odds are on the airbag's side.

Besides, your car is now absolutely full of airbags. In 1994, Volvo added side-mounted airbags to its Side Impact Protection System (SIPS) and those quickly spread to other makes and models. In 2008, the dinky little Toyota iQ was the first production model that featured a curtain airbag as standard, which not only protects the occupants' heads from an impact, but also prevents shattered side window glass and other debris from spreading around the cabin.

In the Japanese market, the Toyota Caldina featured the first knee-protection airbag (especially vital at a time when most cars had heavy ignition lock barrels mounted in the steering column) in 2002, and that tech came to Europe in the Avensis a year later. More recently, we've seen the likes of Honda pioneer airbags that pop out in the centre of the car, preventing passengers from slamming into one another in an impact. Other innovations include Ford's seatbelt airbag, designed to help spread impact loads out for those sitting in the back seats, and Lexus' twin-chamber passenger airbag, which left a small cleft in the centre of the airbag, theoretically giving your face a softer landing.

Indeed, there are so many airbags in a car now that if they all go off at once, the (literally) explosive sound can damage your hearing. Hence, there's been another innovation - pioneered by Mercedes. In the event of a collision, the car's stereo can play a subsonic sound, which you can't actively hear but which triggers an auto-biological response in your ears, closing off the ear canal and protecting you from hearing damage.

Unquestionably, the airbag's reputation has been tarnished by the Takata scandal. The Japanese component supplier made a series of terrible design and production errors in airbags that would go on to be fitted to millions of cars around the world. The errors meant that the explosive charge would send white-hot shrapnel directly into the face of anyone sitting in front of the airbag. More than one hundred people have died because of this, and many more have been injured. Millions of cars have been recalled as a result, and Takata has gone into bankruptcy and been bought up by a rival corporation.

Even then, it's still not enough to make Lisa right. Fitting an explosive device to your steering wheel sounds like the dumbest thing you can do, but it's actually a true life-saver.