What is Monterey Car Week? 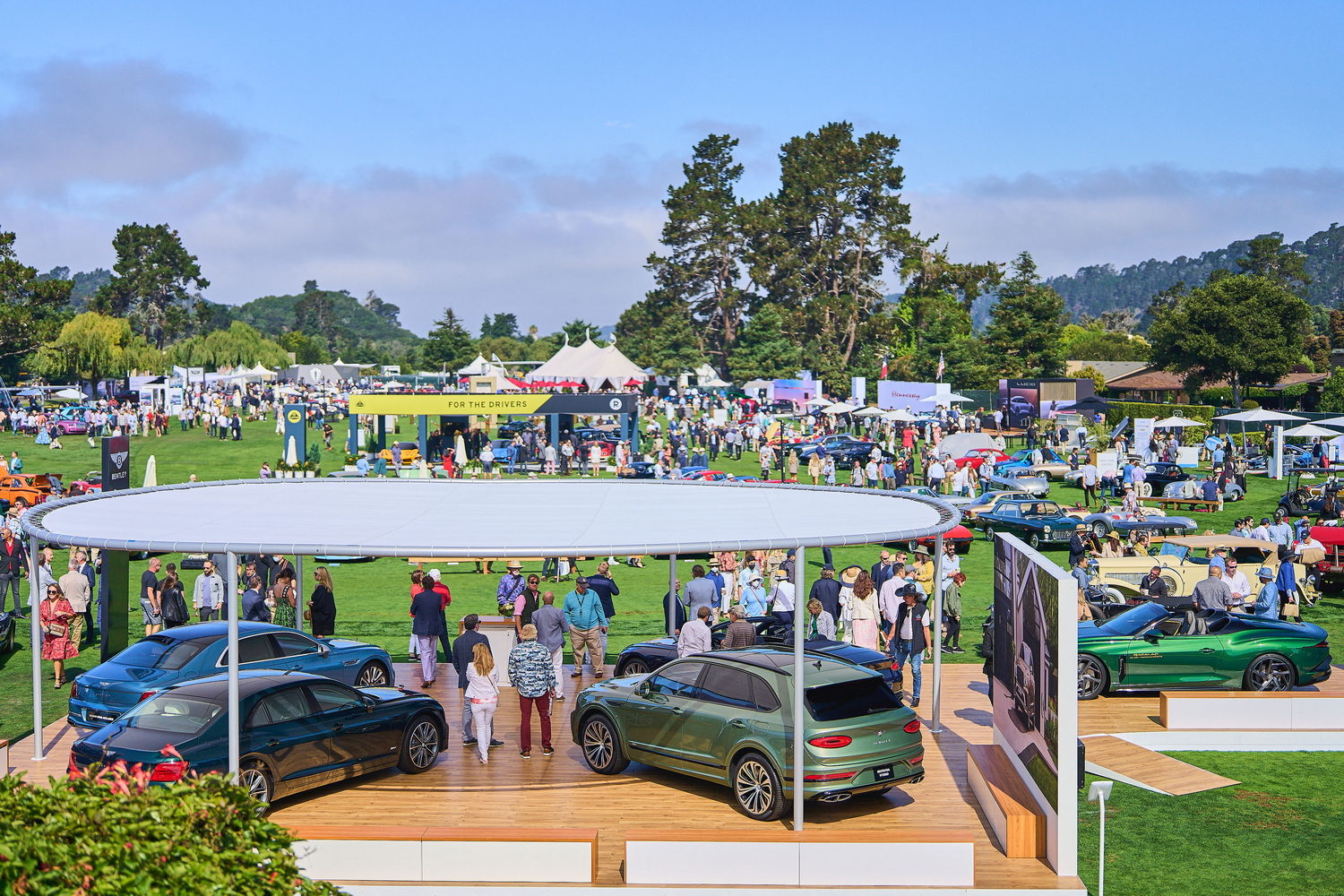 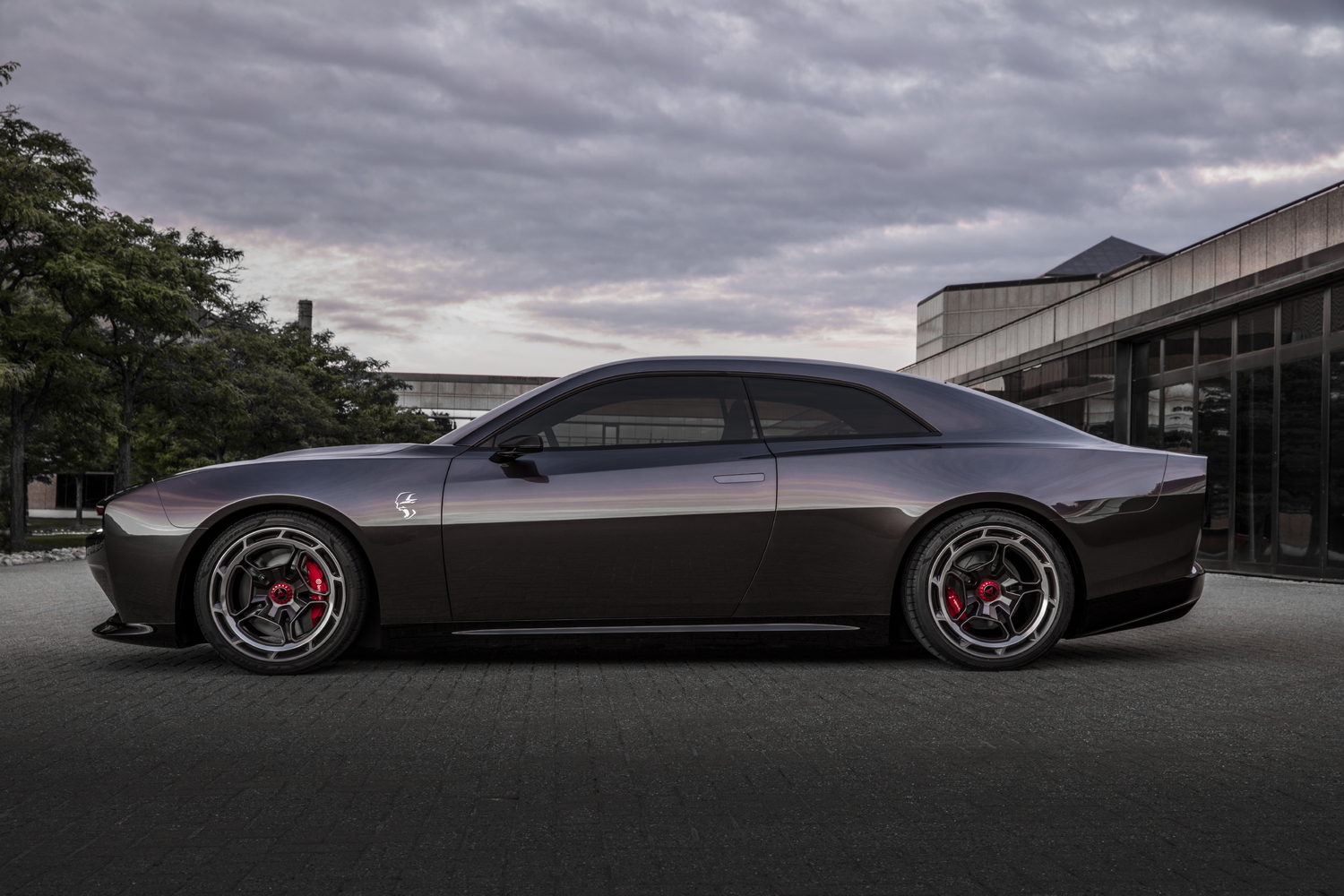 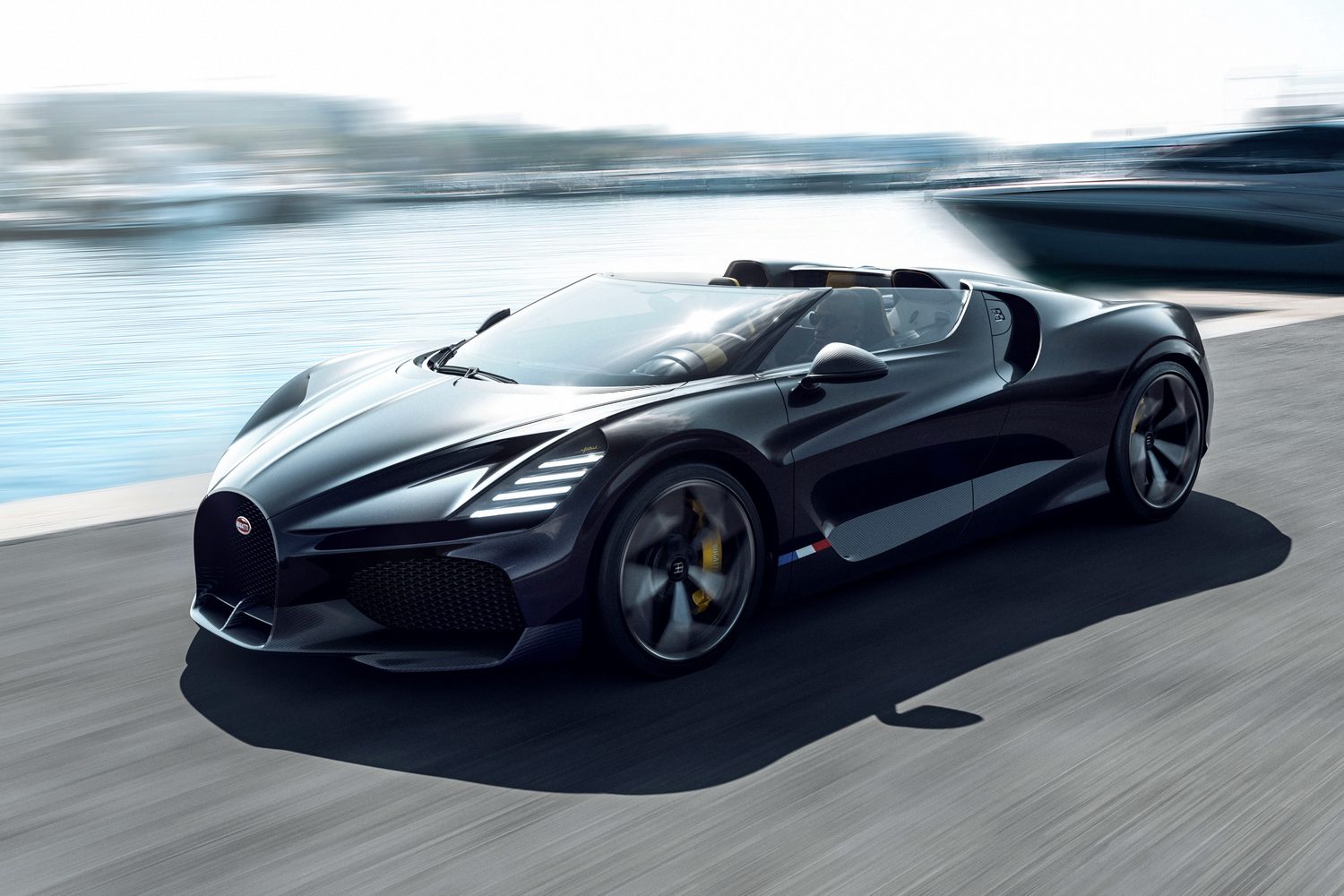 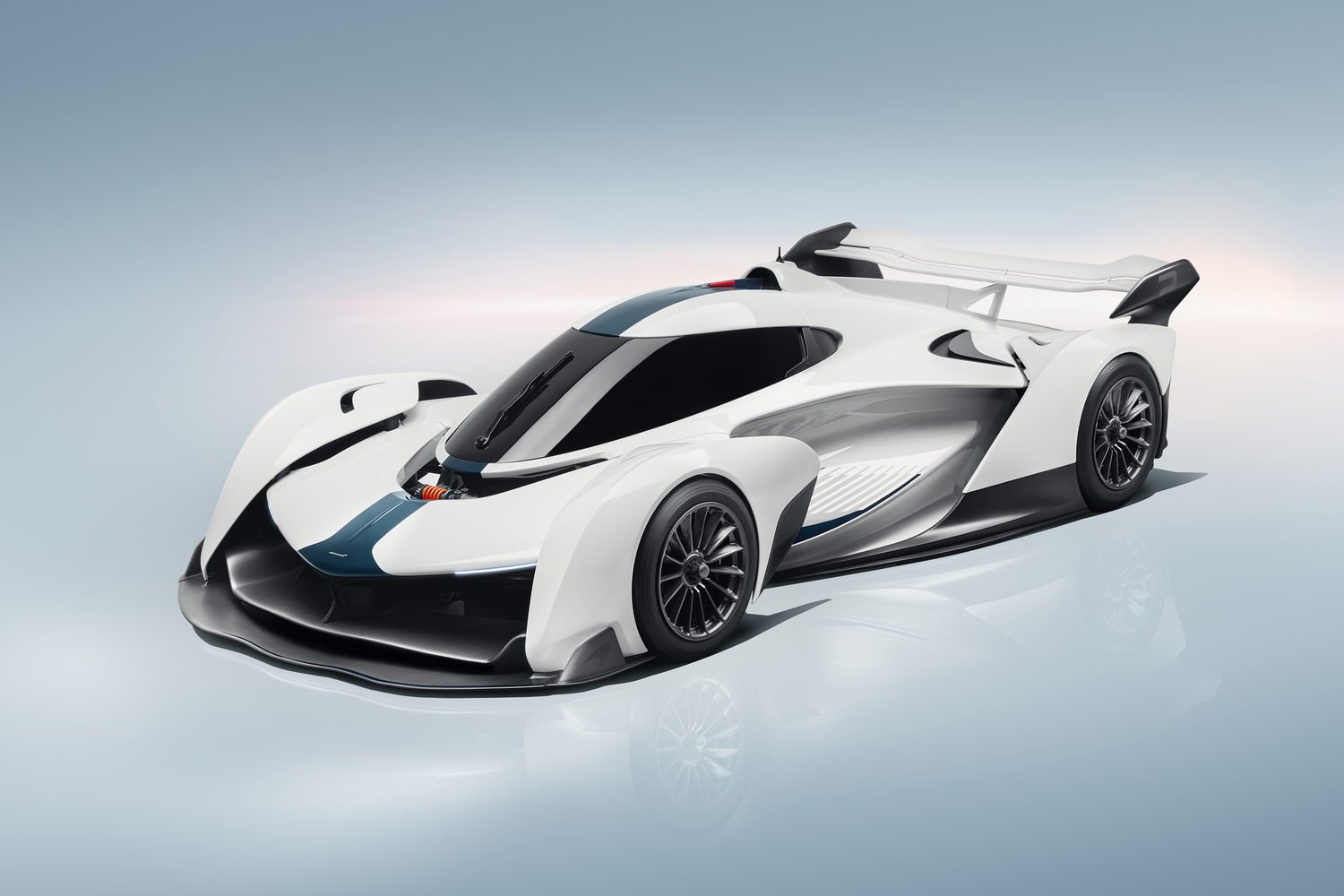 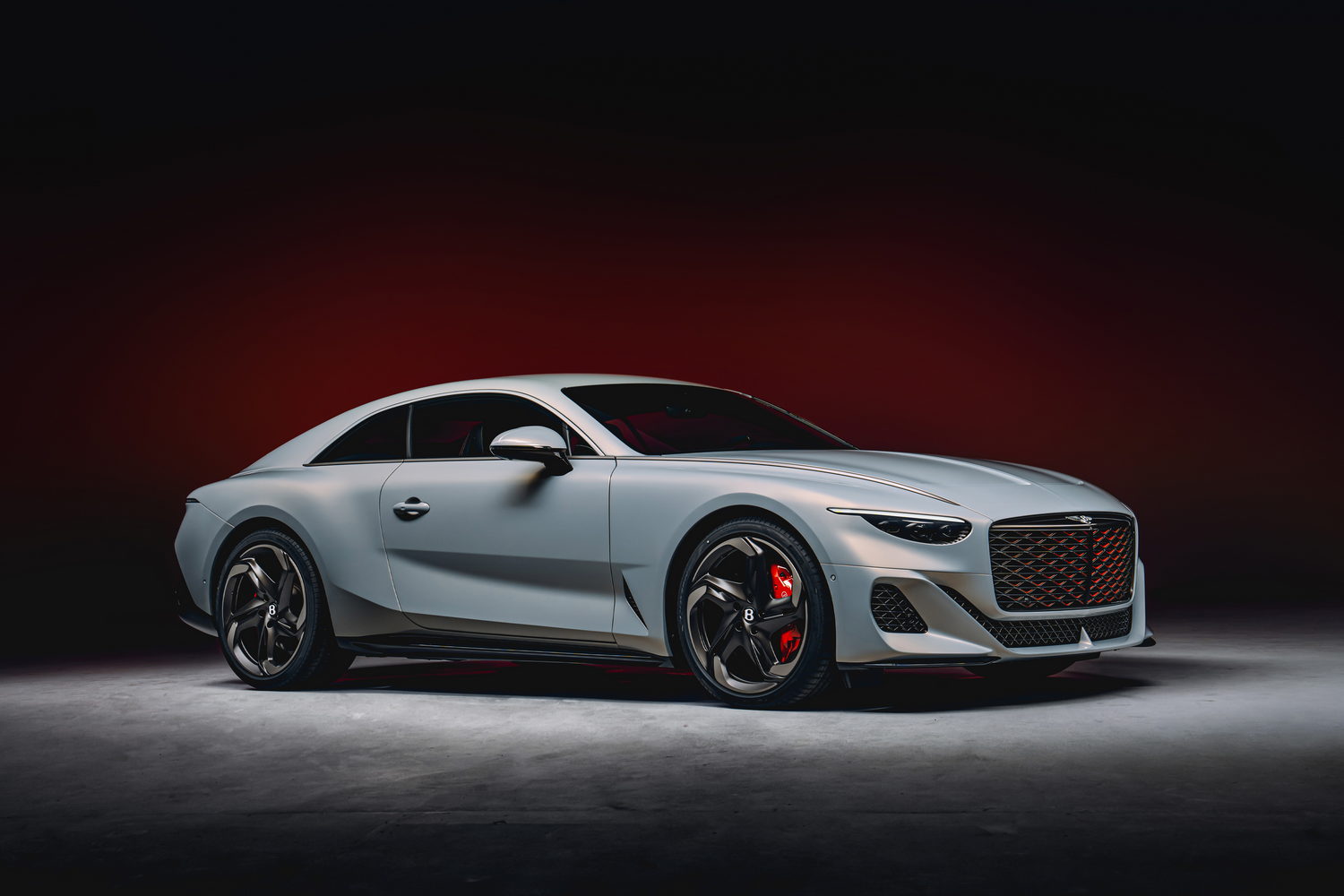 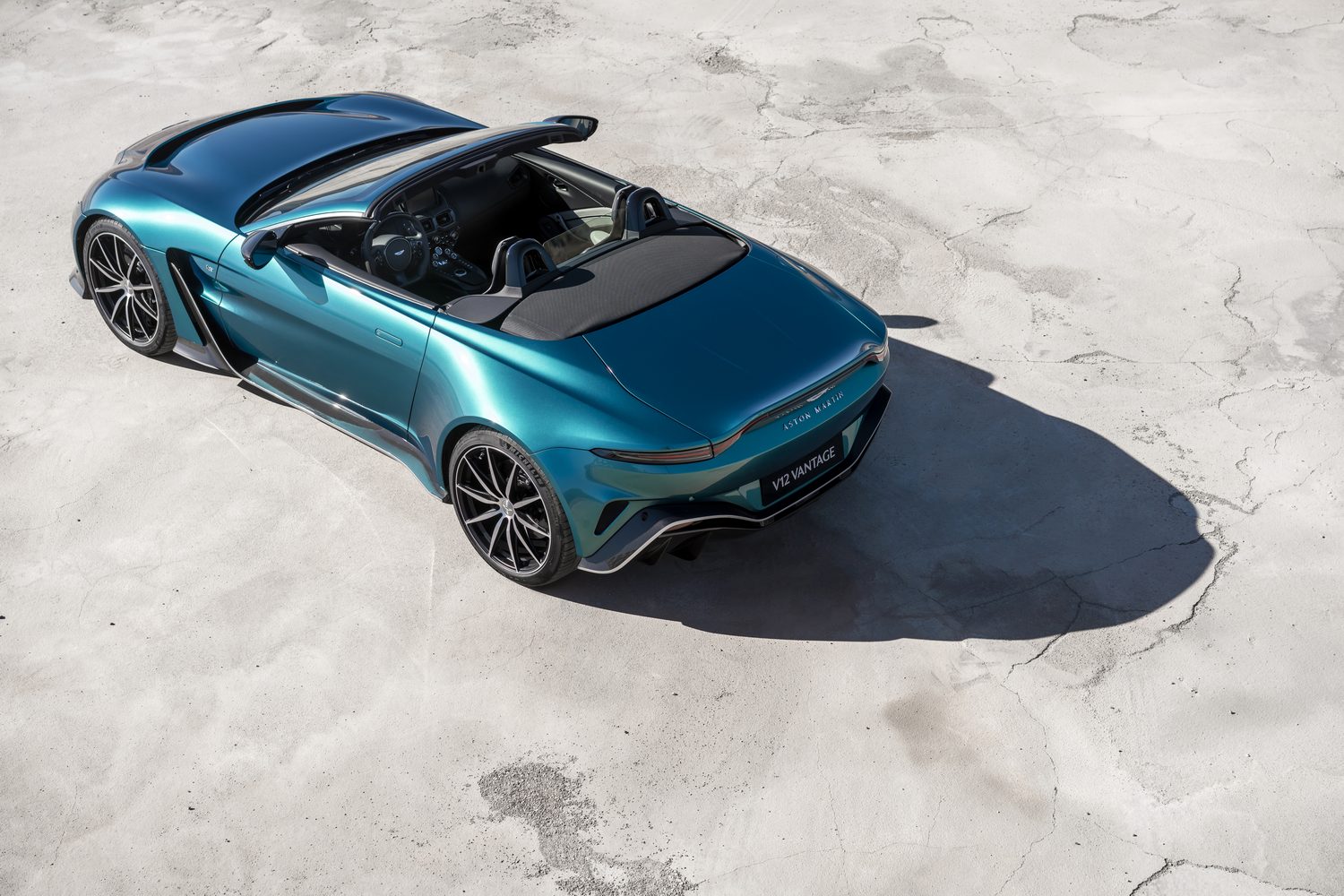 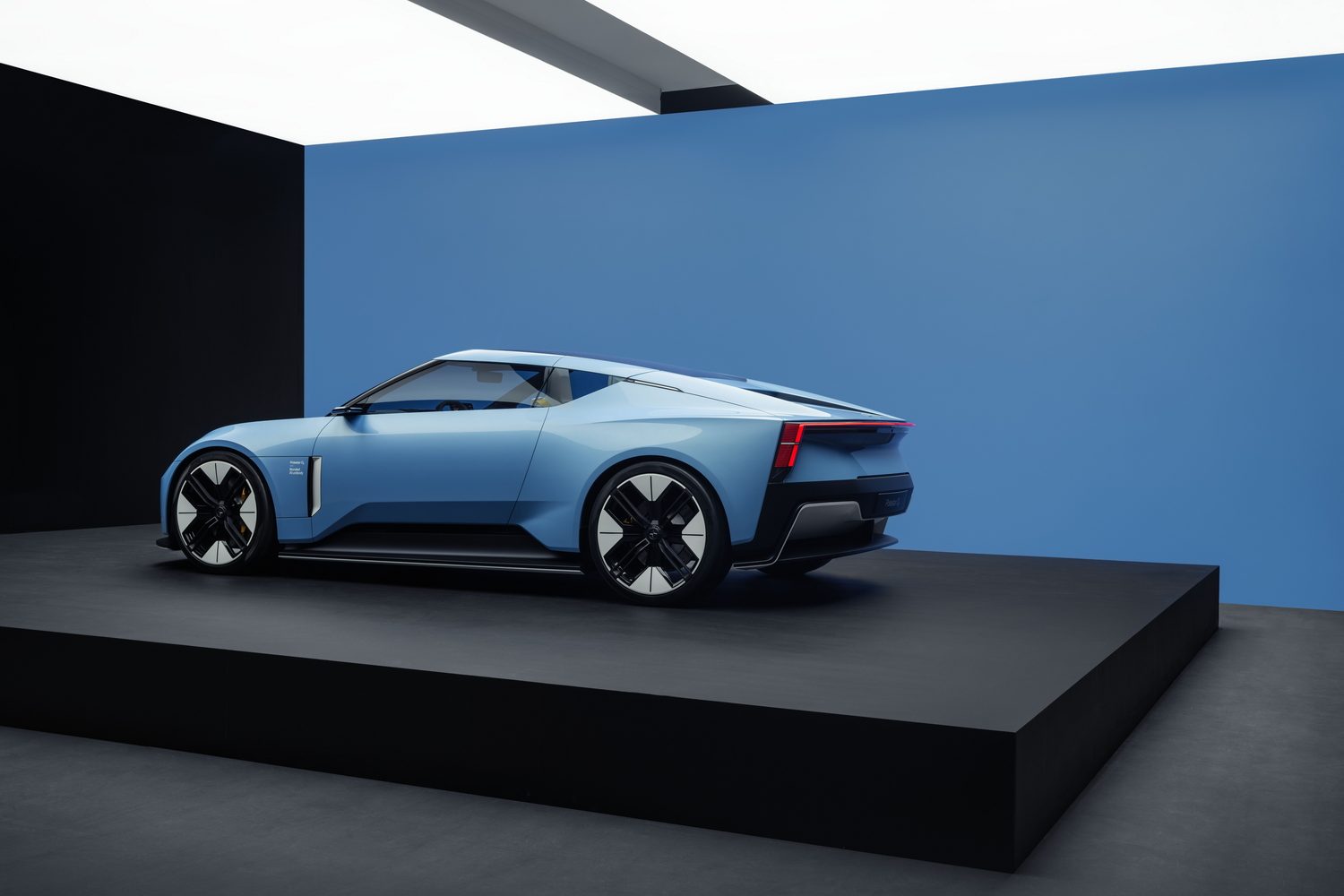 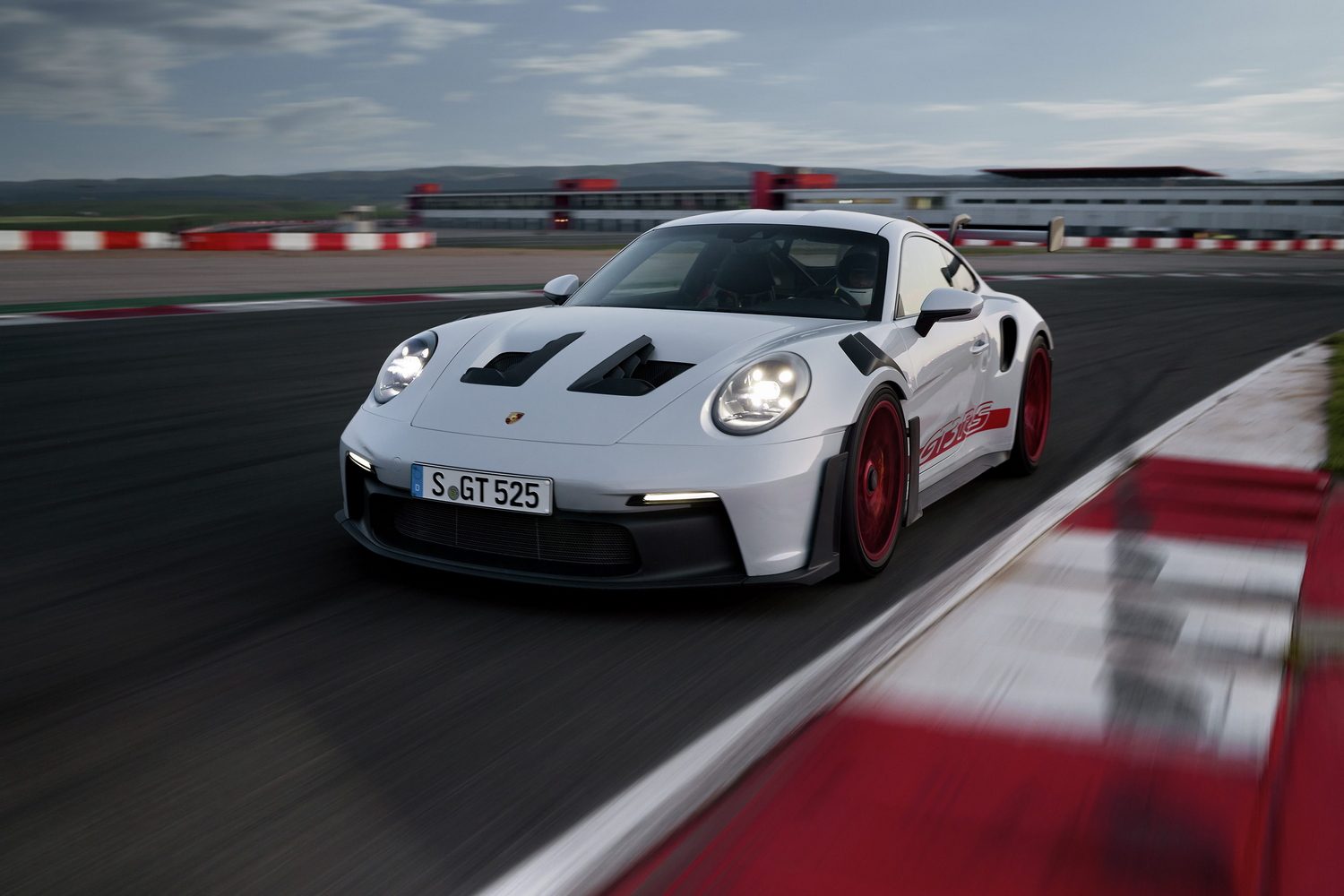 Monterey Car Week is one of the world's premier car festivals and a celebration of everything automotive. It takes place near the town of Carmel-by-the-Sea (where Clint Eastwood used to be the mayor) and the fearsome Laguna Seca race circuit. Every August, for one week, the well-heeled area, normally best-known for celeb-spotting and some of the world's best golf courses, gets turned over to the car, with events such as the Pebble Beach Concours d'Elegance, the Rolex Monterey Motorsports Reunion, The Quail: A Motorsports Gathering and nationally-themed car shows such as Legends of the Autobahn and the Concorso Italiano.

Pebble Beach, probably the most famous car show in the world, plays host to some of the rarest and most expensive classics in existence, with entrants at the show seldom being valued at less than seven figures and a class or overall win usually doing a lot to send those values higher still.

Another place to see similarly expensive metal is in the auction rooms, with all the big international houses - Bonhams, Sotheby's, RM, Gooding - in attendance, usually smashing price records. For instance, of the ten most expensive cars ever sold at auction, six have been sold at auction in the last ten years at Monterey, with Sotheby's selling a Ferrari 250 GTO for around €48 million in 2018.

With all that in mind, it's fair to say that for a week in August every year, there are even more very rich car enthusiasts than usual milling around Monterey with some money burning a hole in their pockets, something car companies haven't failed to notice.

Contrary to rumours that have been swirling around for years, the old-fashioned motor show - think Geneva, Frankfurt, Detroit - isn't dead. After all, last year's Munich motor show was a big event that unveiled nearly half a dozen models from Mercedes and exciting concepts from BMW too. What has happened, though, is that manufacturers, struggling with the twin issues of Covid and the global semiconductor shortage as well as the sheer expense of putting on a motor show display, have begun committing themselves to a smaller number of big events and, with a declining number of manufacturers in attendance, the importance of the old kind of motor show has definitely declined.

Rather than perhaps tarnishing their brands by making big reveals in poorly attended exhibition halls, more exclusive car-makers have begun to see events such as Monterey Car Week or the Goodwood Festival of Speed in the UK as de facto motor shows and, with a captive audience of wealthy petrolheads, have started to make those kinds of events the locations for the unveiling of new models.

Witness, for example, the number of ultra-exclusive cars unveiled at Monterey this year alone: the Aston Martin DBR22 and V12 Vantage Roadster, the Bentley Batur, a new Bugatti, the Hennessey Venom F5 Roadster and the McLaren Solus GT, to name just a few.

The reveal of all of these models is proof if needed, that more than just a couple of vintage car shows, Monterey Car Week, like the Goodwood Festival of Speed, has turned into a seriously important event on the global automotive calendar.

With that in mind, here is some of the biggest news from the week that was.

Aston Martin took the opportunity of Monterey Car Week to unveil two new twelve-cylinder models: the DBR22 and the V12 Vantage Roadster. The former is an open-cockpit tribute to the Le Mans-winning DBR1 of the late fifties, one of a long line of low-volume sports cars paying homage to the DBR1 and similar in form to the McLaren Elva and Ferrari SP1 and SP2 Monza. An "ultra exclusive number" of DBR22s will be built, but the V12 Vantage Roadster will be slightly more numerous, of which 249 examples will be made. The V12 Roadster is a harder-edged wide-bodied alternative to the V8 Vantage convertible and is set, Aston said, to be the last V12 Vantage made, with such big engines rapidly going out of fashion due to upcoming emissions regulations.

As well as the launch of a new chrome-deleting "Blackline" trim level on the Flying Spur saloon, Bentley also unveiled a car that it says previews the design language of the company's future electric cars. The Mulliner Batur, built by Bentley's coachbuilding and special projects division, is a coupe powered not by electric motors but by the most powerful version yet of Bentley's fabled W12 engine, with 740hp and 1,000Nm of torque. Just 18 examples of the Batur (named after a crater lake in Indonesia) will be built at a cost starting from just under €2 million, but, more than just a successor to Mulliner's last model, the Bacalar, it provides a glimpse of how future electric Bentleys could look when the first EV model arrives in 2025.

No, not the Porsche restomod company - this is Czinger, another small Californian firm building the wild 21C hypercar. What's so wild about it? First off, the seating isn't two abreast but one behind the other in tandem due to the tiny narrow cockpit; most of the parts, including the body panels, are 3D printed, and then there's the performance. Using a V8 engine (revving to 11,000rpm) and a hybrid powertrain, the Czinger's 0-100km/h is less than two seconds and can reach 300km/h in 8.5 seconds. The company plans to build just 80 examples at around €2 million apiece. See something of a theme developing here?

The DEUS Vayanne is an all-electric hypercar from a new Austrian firm created with engineering input from both Williams Advanced Engineering and ItalDesign. The purported performance figures will be seriously impressive if they turn out to be true, with 2,243hp and 2,040Nm of torque on tap with 0-100km/h delivered in less than two seconds and a top speed of more than 400km/h. Customer deliveries aren't expected until 2025.

Best-known for their burbling V8 engines, sensing that the electric era is rapidly approaching, Dodge has unveiled an all-electric muscle car in the form of its Charger Daytona SRT concept. It looks great - all angular and sinister like the old Charger from the sixties, but it's set to be divisive on two fronts. Plenty of die-hard muscle car enthusiasts will bemoan the fact that it's electric, while there are also plenty of people, perhaps more au-fait with EVs, who already hate the idea of the Chargers synthetic V8 engine note. Still, you can't please everyone.

Texan firm Hennessey already holds the record for the world's fastest convertible, with its Lotus-based Venom GT Spyder hitting a top speed of 427km/h. Now Hennessey is back with a machine it says can exceed not just that but the magic 300mph (483km/h) barrier too. The Venom F5 Roadster is a convertible version of the firm's V5 Venom coupe and, like that, is powered by a 6.6-litre twin-turbo V8 engine of Hennessey's own design, developing 1,842hp. Hennessey says that both models should be able to exceed the treble ton once the company finds a long and straight enough road. Just 30 will be built with prices from just under €3 million each.

Straight from the Gran Turismo video game (and seemingly the pages of Batman comics), the McLaren Solus GT is the firm's new track-only hypercar powered by a screaming V10 engine revving to 10,000rpm. It's a single-seater design with a cockpit canopy that slides forward to allow ingress like on a fighter jet. For a number of reasons, it's not road-legal, and while most will inevitably gather dust in a garage, McLaren is encouraging buyers to actually take their cars to the track with specially moulded racing seats, custom FIA-approved racing suits, a helmet and other things which would allow owners to properly exploit their cars' performance as the maker intended. Pricing hasn't been announced, but, you guessed it, it'll be ultra-rare with just 25 built, all of which were already sold before the car's reveal.

Something of a palate-cleanser in a sea of hypercars, the Meyers Manx was the original Volkswagen-based 1960s beach buggy, and now it's back in electric form. It's still got its classic adorable looks, but this time, rather than a Beetle engine, it's powered by two electric motors driving the rear axle. Battery options, the maker said, range from 20kWh to 40kWh, delivering ranges of 240km and 480km, respectively. Aptly, the Manx's design is by Freeman Thomas, one of the designers of VW's New Beetle. First deliveries are expected in 2024.

Polestar first unveiled its stunning O2 roadster concept at the Los Angeles Motor Show back in March, and so high was its acclaim among the press and public that, once Monterey rolled around, the company officially announced that the O2 would enter production, going on sale in 2026 as the Polestar 6. Based on the same lightweight bonded aluminium platform as the upcoming 2025 Polestar 5 electric saloon, the hardtop convertible will, at least in some iterations, be powered by dual motors developing up to 884hp and 900Nm of torque, which would give top versions of the roadster a 0-100km/h time of about 3.2 seconds and a range between charges of more than 600km. It's a long way off yet, but a company spokesperson did say that pricing would likely be around the €200,000 mark and that while it won't be a mass-market car like the Polestar 2, it won't be as niche and low-volume as the Polestar 1 either.

Porsche's announcements and unveilings at Monterey ranged from the silly to the serious. On the latter, the week saw the unveiling of the 911 GT3 RS, a hard-edged, more track-focused version of the standard GT3 with loads in the way of active aerodynamic additions (including a massive rear wing) to create more downforce and thus make the RS faster around a circuit. It's around 15hp more powerful than a standard GT3, too - not a car that's exactly slow in the first place.

Rather more light-hearted was Porsche's real-life version of Sally Carrera, the Porsche-based character from the Cars series of children's films. Less weird than it sounds, it's actually just a current-gen 911 (Sally was an older 996 model) finished in the same colour as the cartoon car, though it's a custom paint job known as Sallybluemetallic. Sally will be auctioned off at Monterey to raise money for refugees fleeing the war in Ukraine.

For a brief moment last year, it looked as if small American firm SSC had taken the world production car speed record with its Tuatara hypercar with a two-way run smashing well through the 300mph barrier with an average speed over a straight stretch of road in Nevada of 508km/h. Whether the attempt was botched or the video was faked, it soon became clear that SSC hadn't even come close to breaking any records, nor has the company managed to set any official records since. Still, that hasn't put the firm off developing the Tuatara further, and now the Tuatara Striker, making its debut at Monterey, is a version of the hypercar designed solely for track use. Maintaining the Tuatara's 1,750hp 5.9-litre V8, the Striker has, partially thanks to a big rear wing, around three times the level of downforce of the standard Tuatara, making it quicker in corners.

Up until now, Porsche restomod specialists, Singer, had never built a fully convertible 911, but that's set to change with a new model inspired by the 1980s 911 (930) cabriolet. With the build's underpinnings based on a later, nineties Porsche 911 (964 - the last of the air-cooled 911s), the new car will feature a 510hp twin-turbo flat-six and marks a departure for Singer, who have hitherto been inspired not by eighties cars, but by models from the sixties and seventies. As such, the Turbo Study (already seen at Goodwood but making its North American debut at Monterey) is a statement of intent from the firm representing its first foray into turbocharged Porsche restorations. Singer's restomods don't come cheap, though; because of the custom nature of each build, each project can cost from around the €500,000 mark to well beyond €1.5 million.