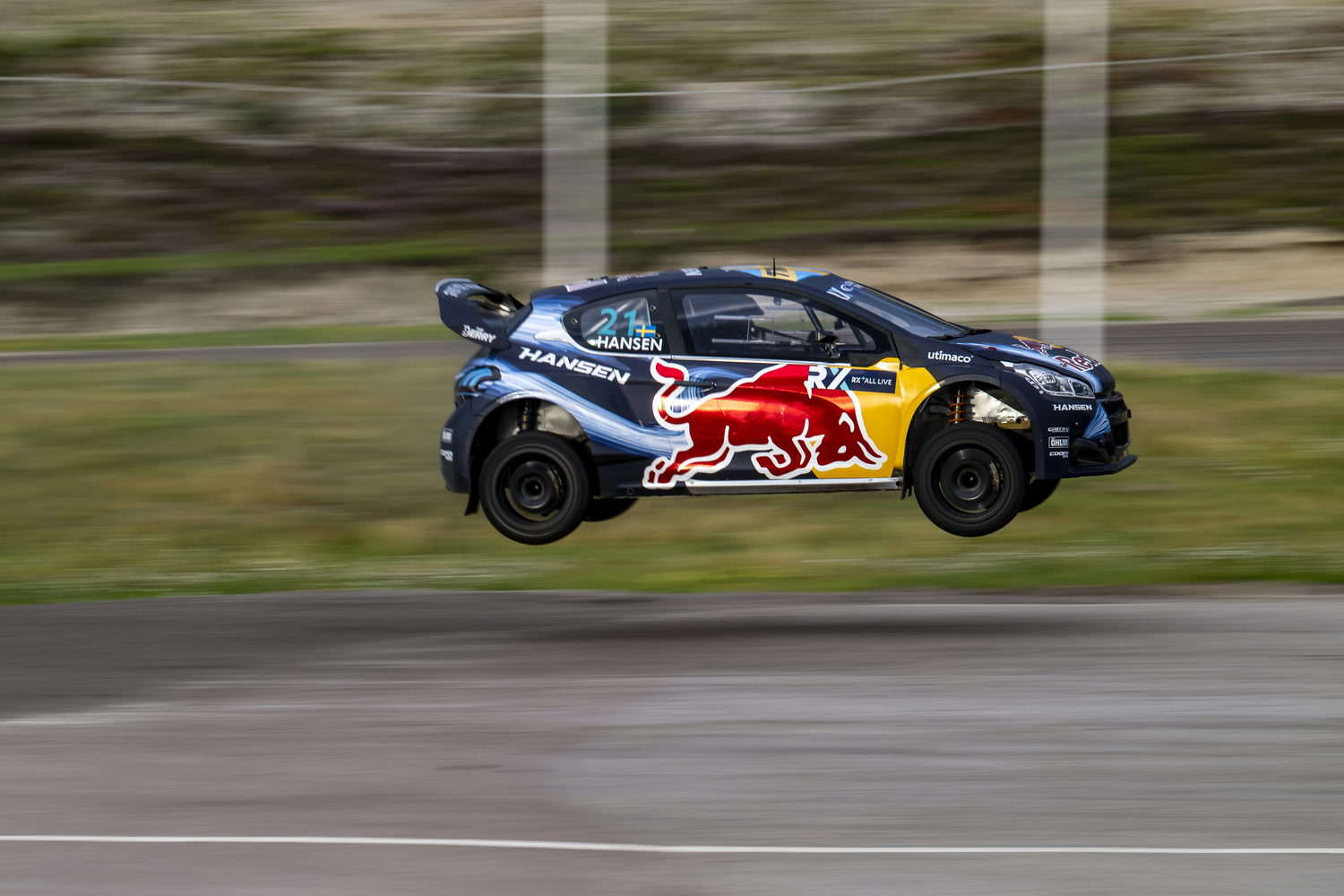 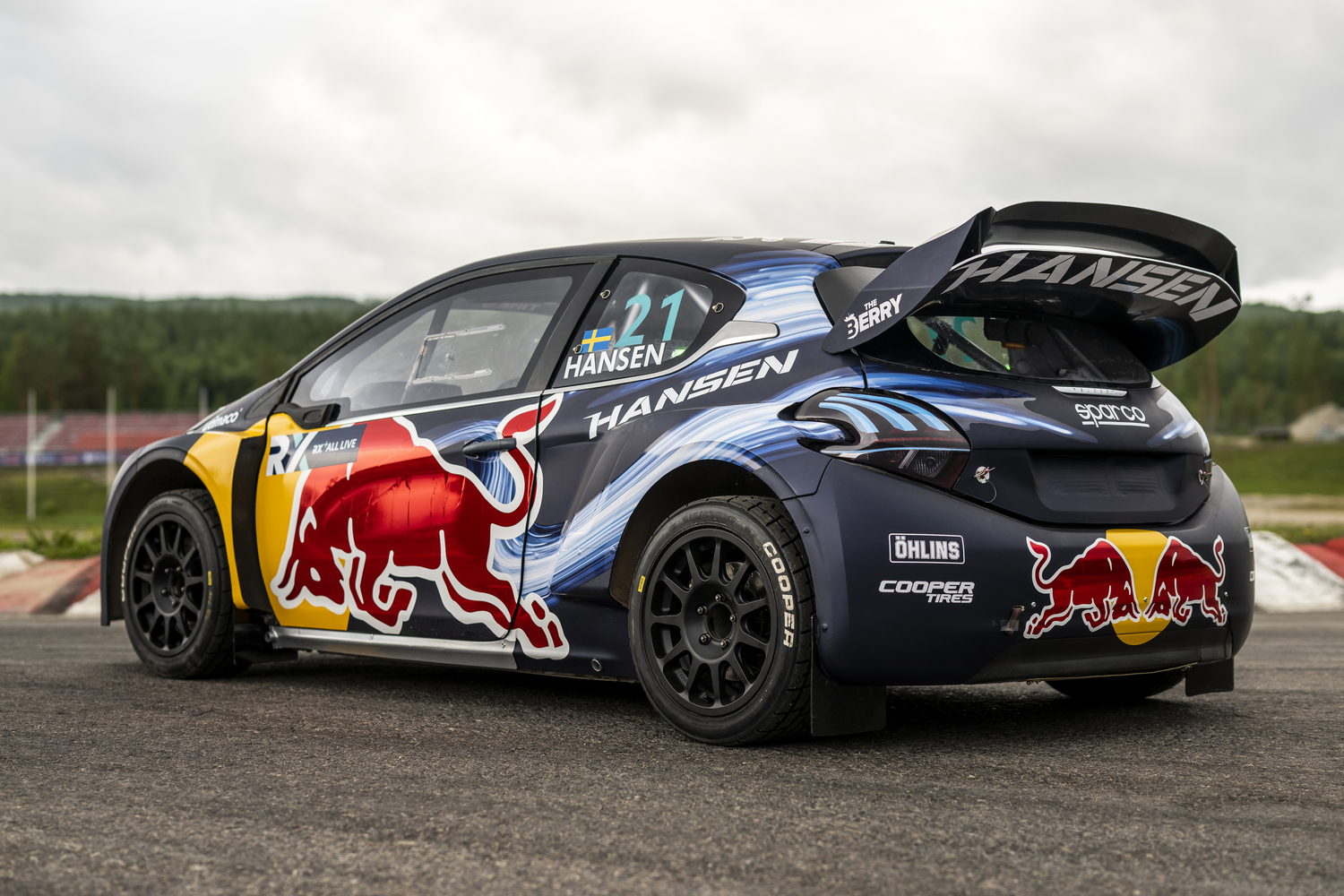 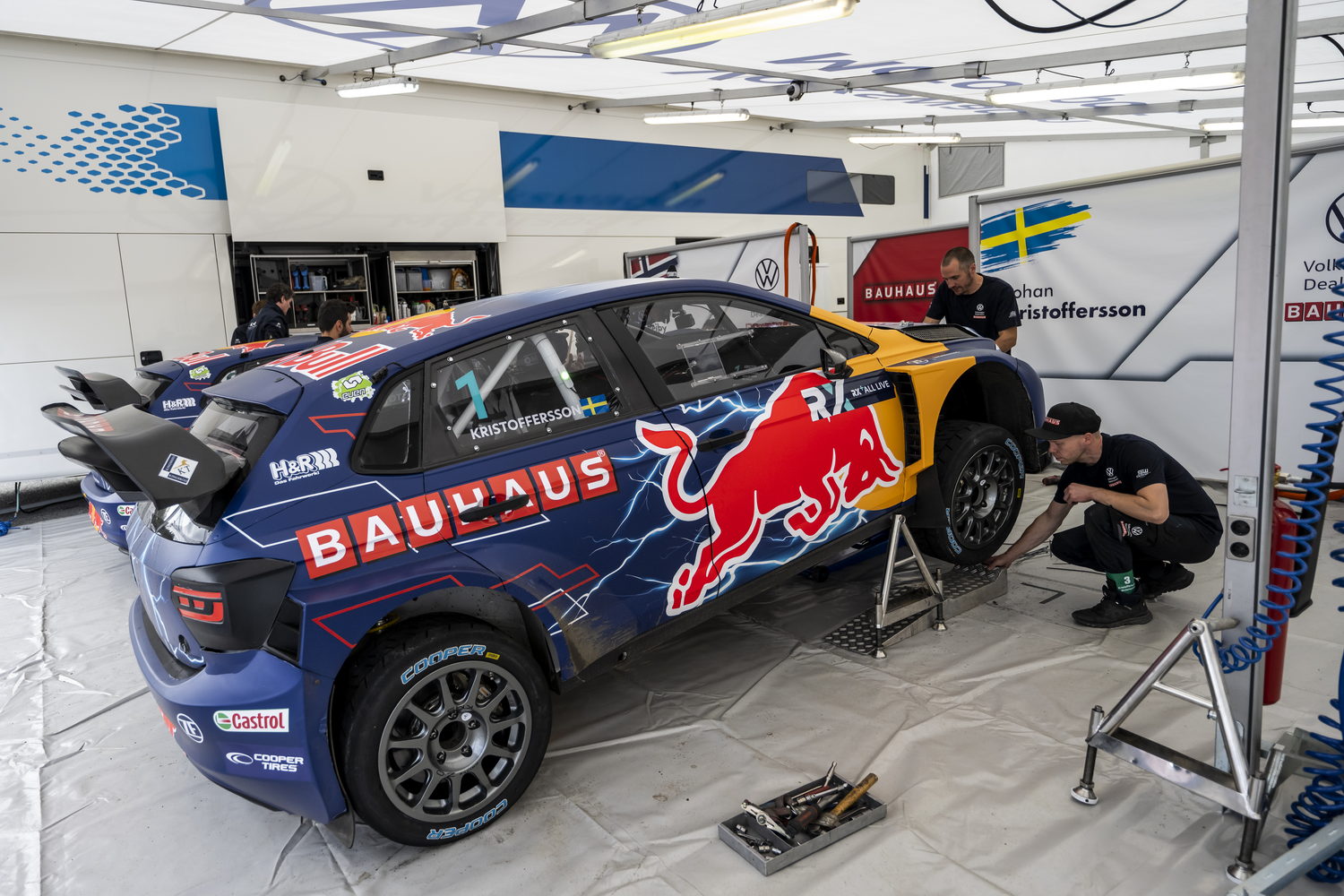 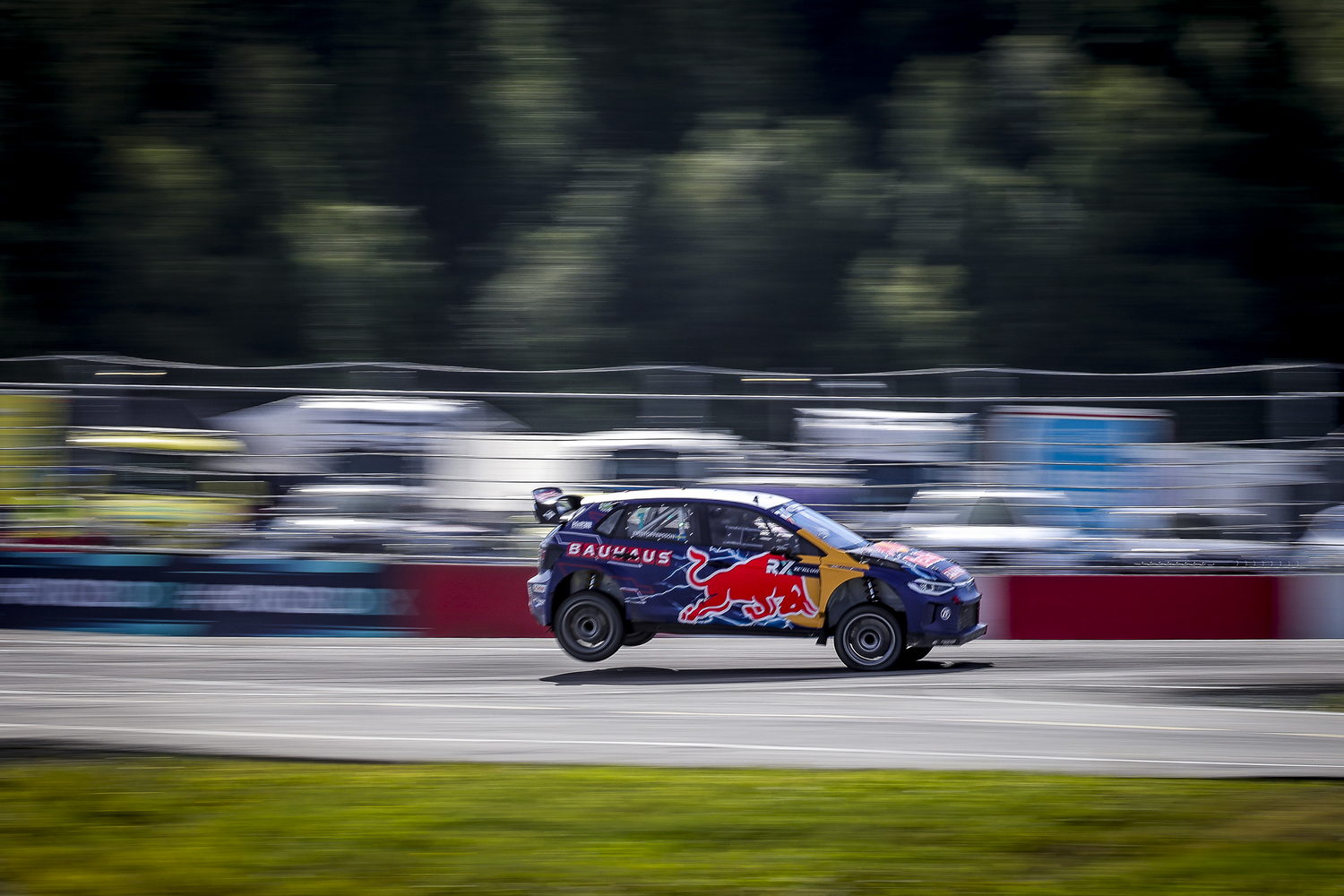 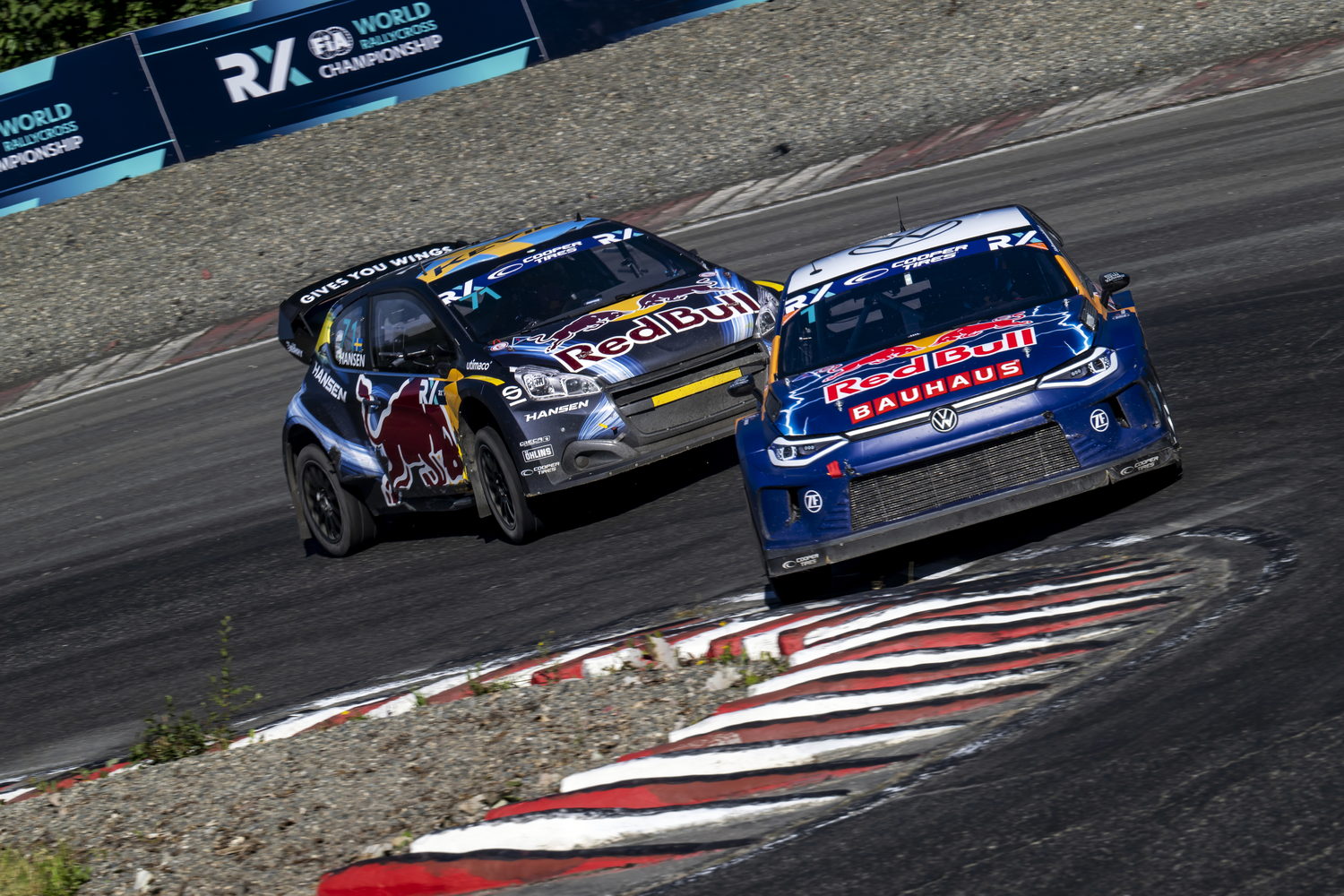 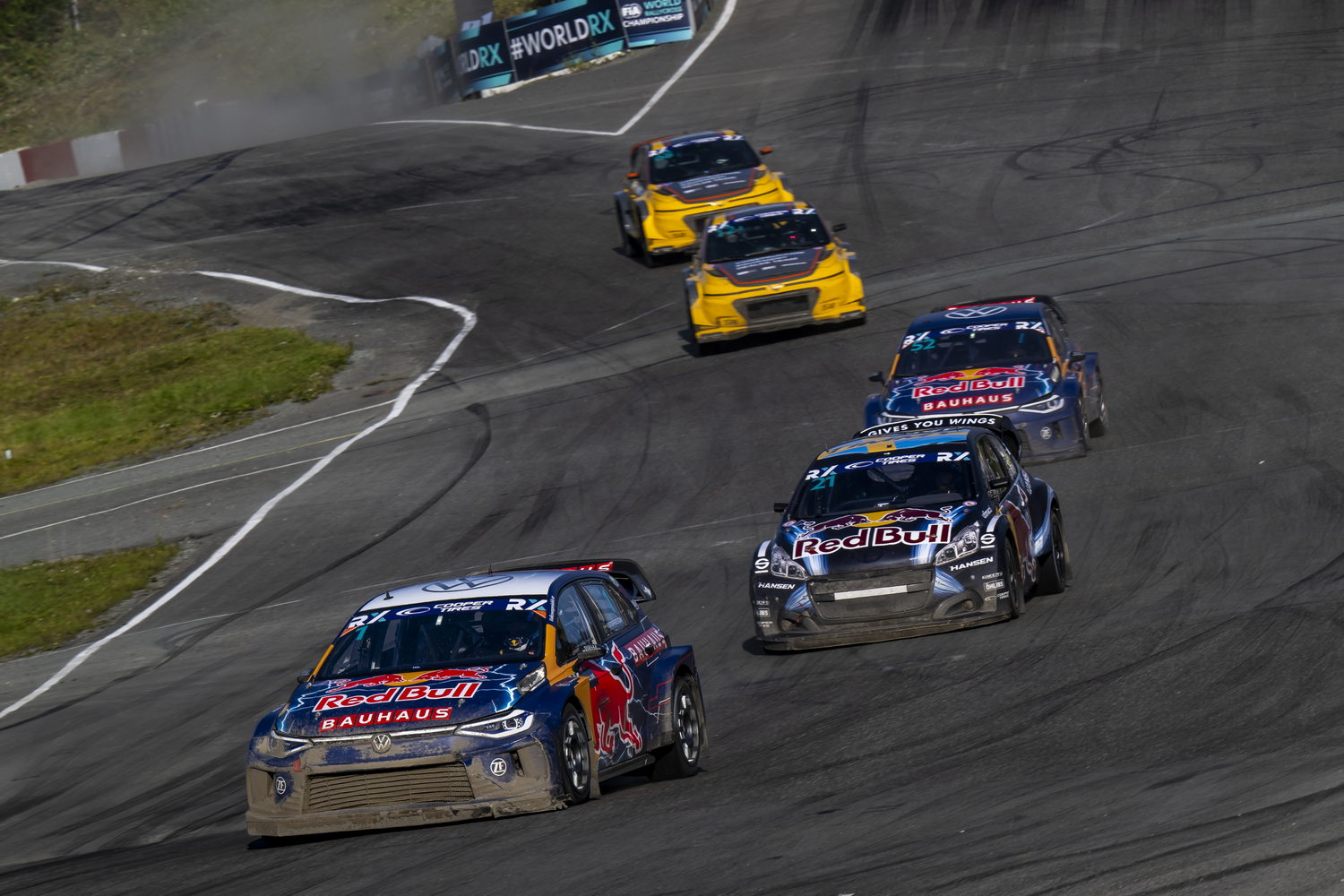 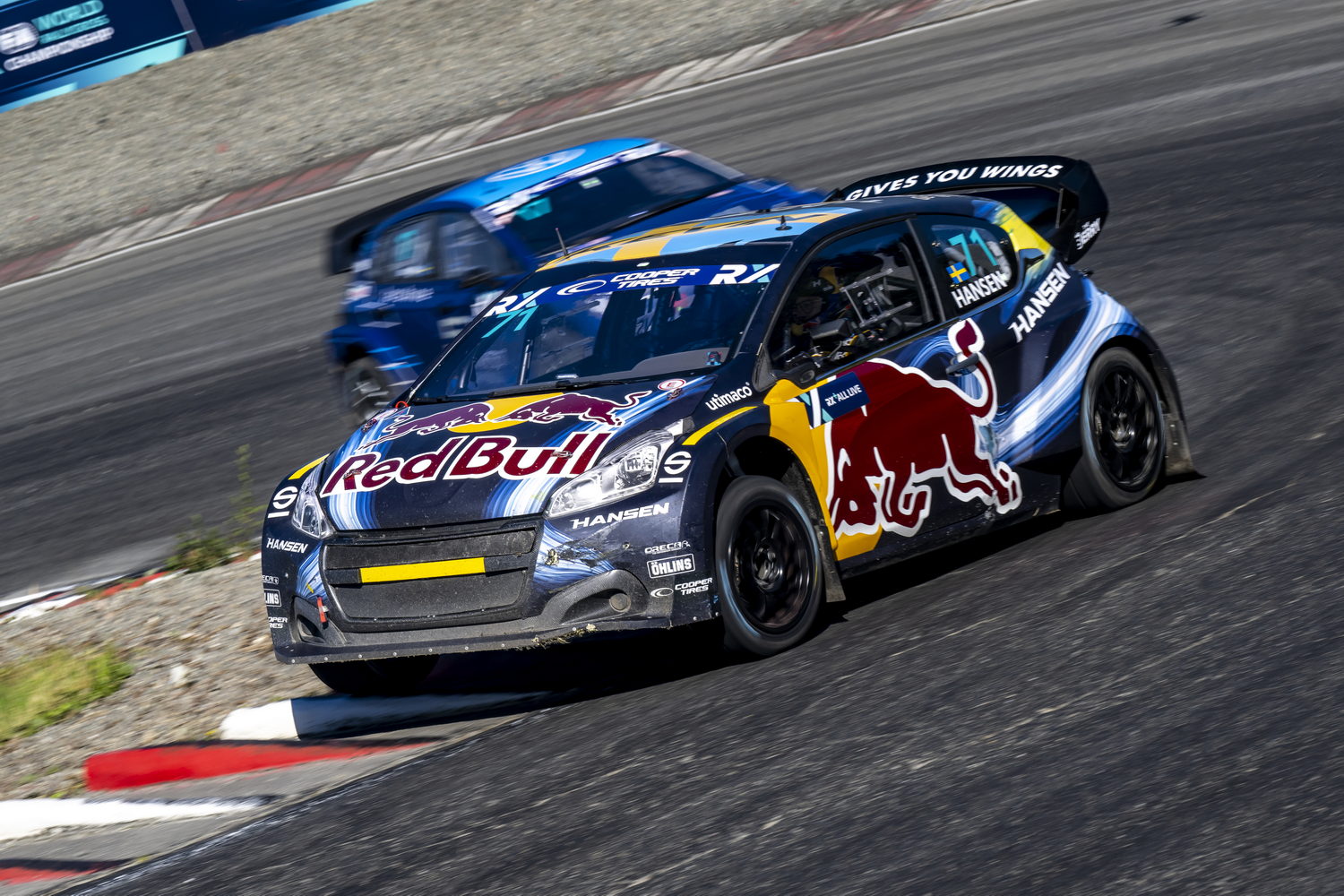 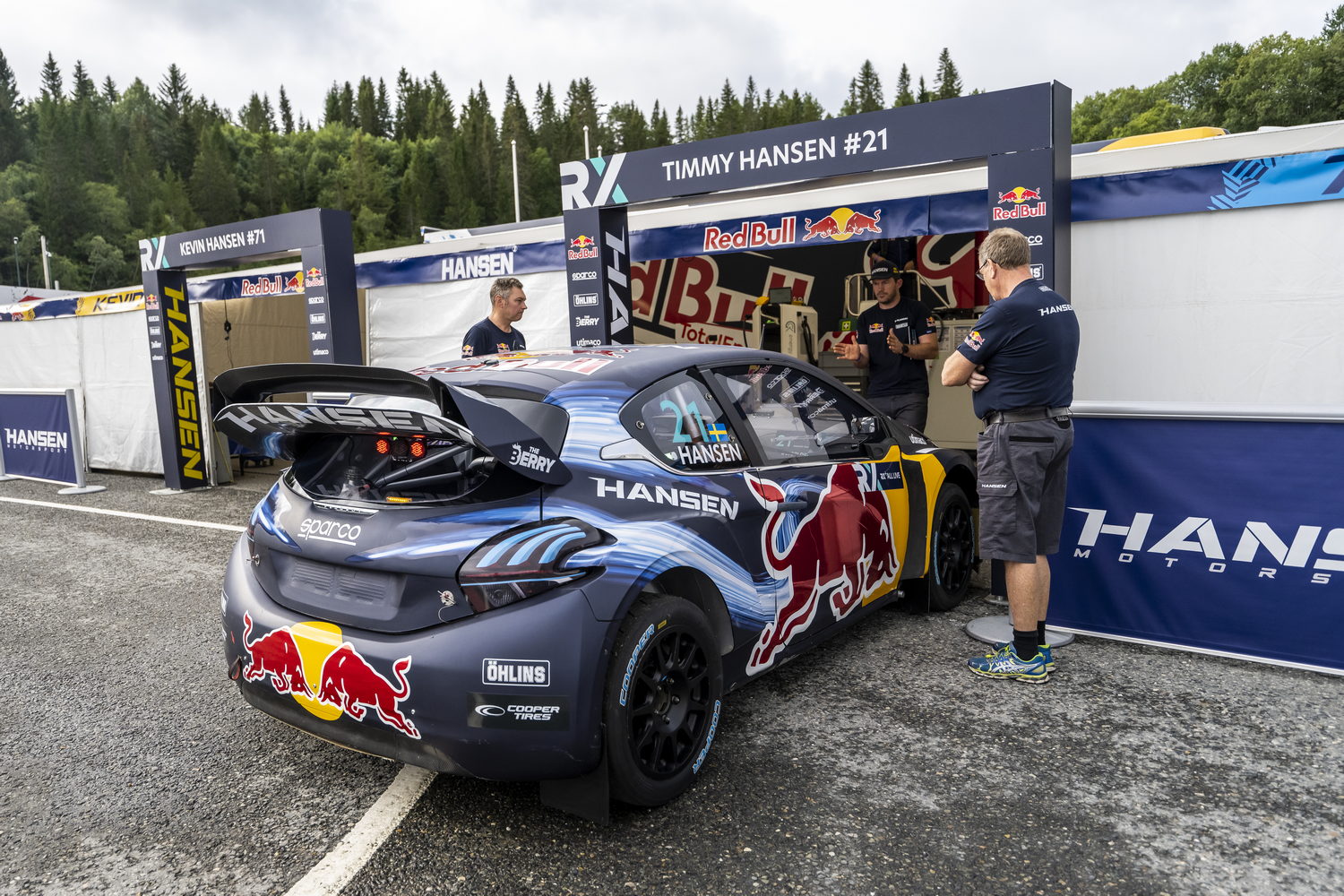 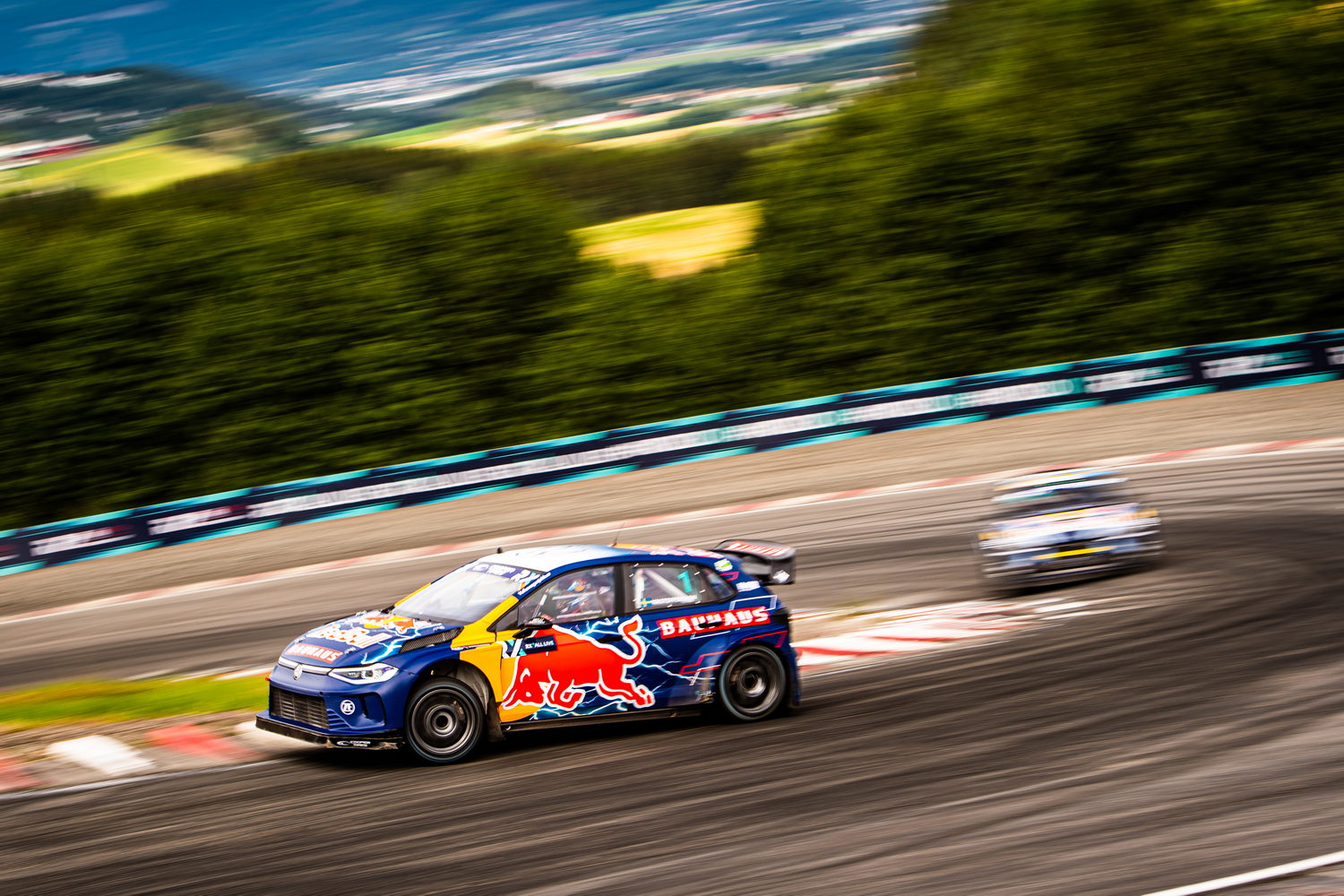 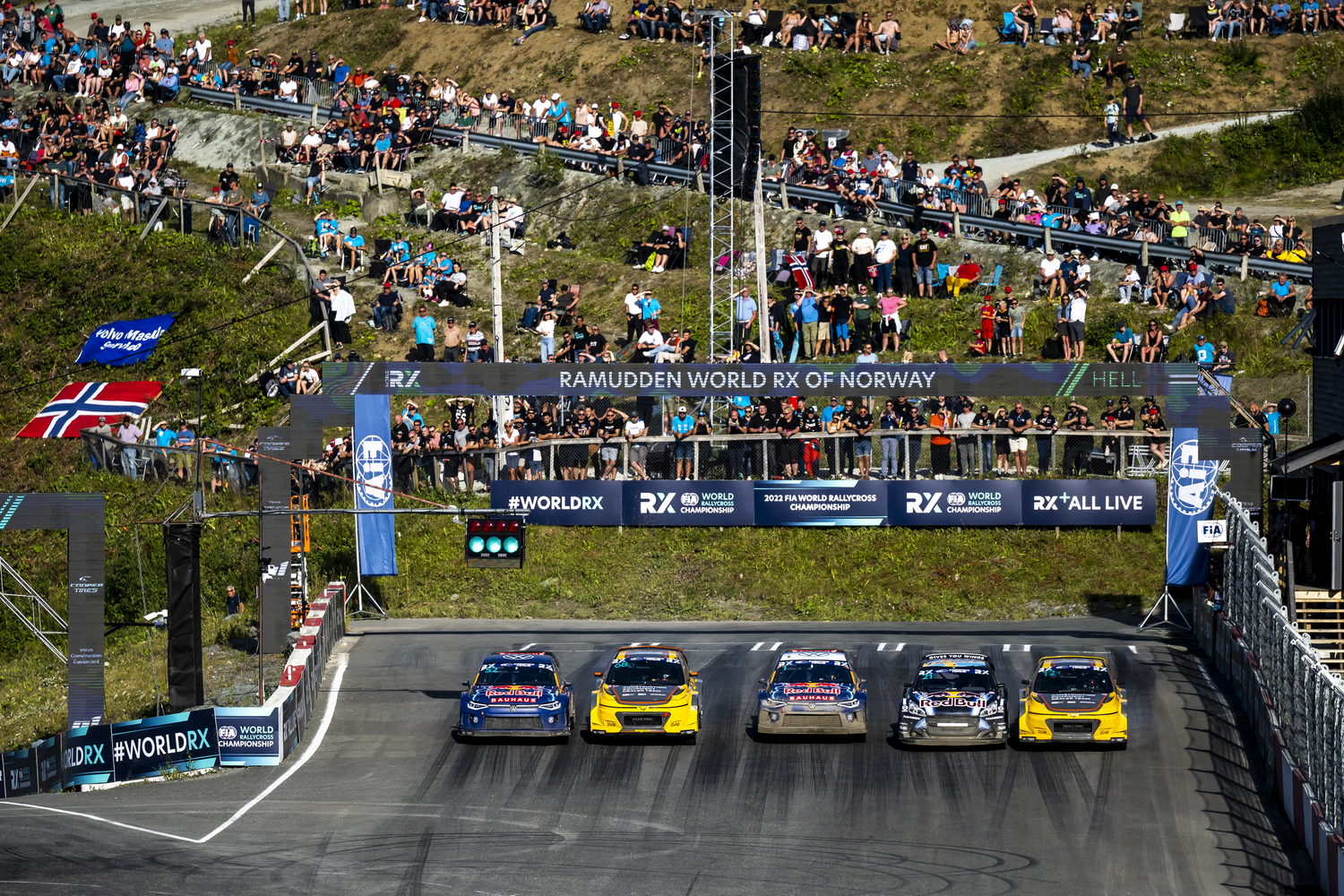 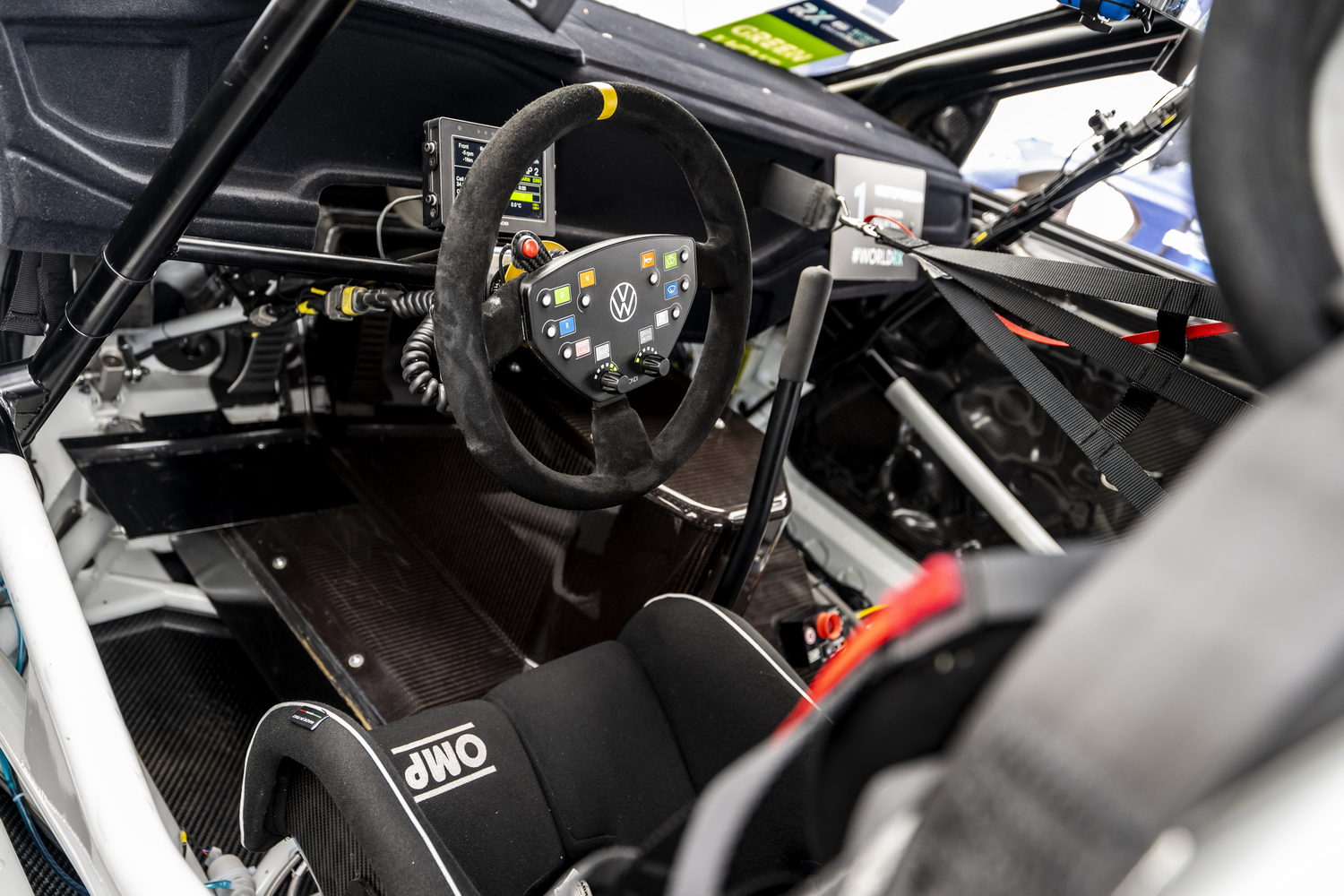 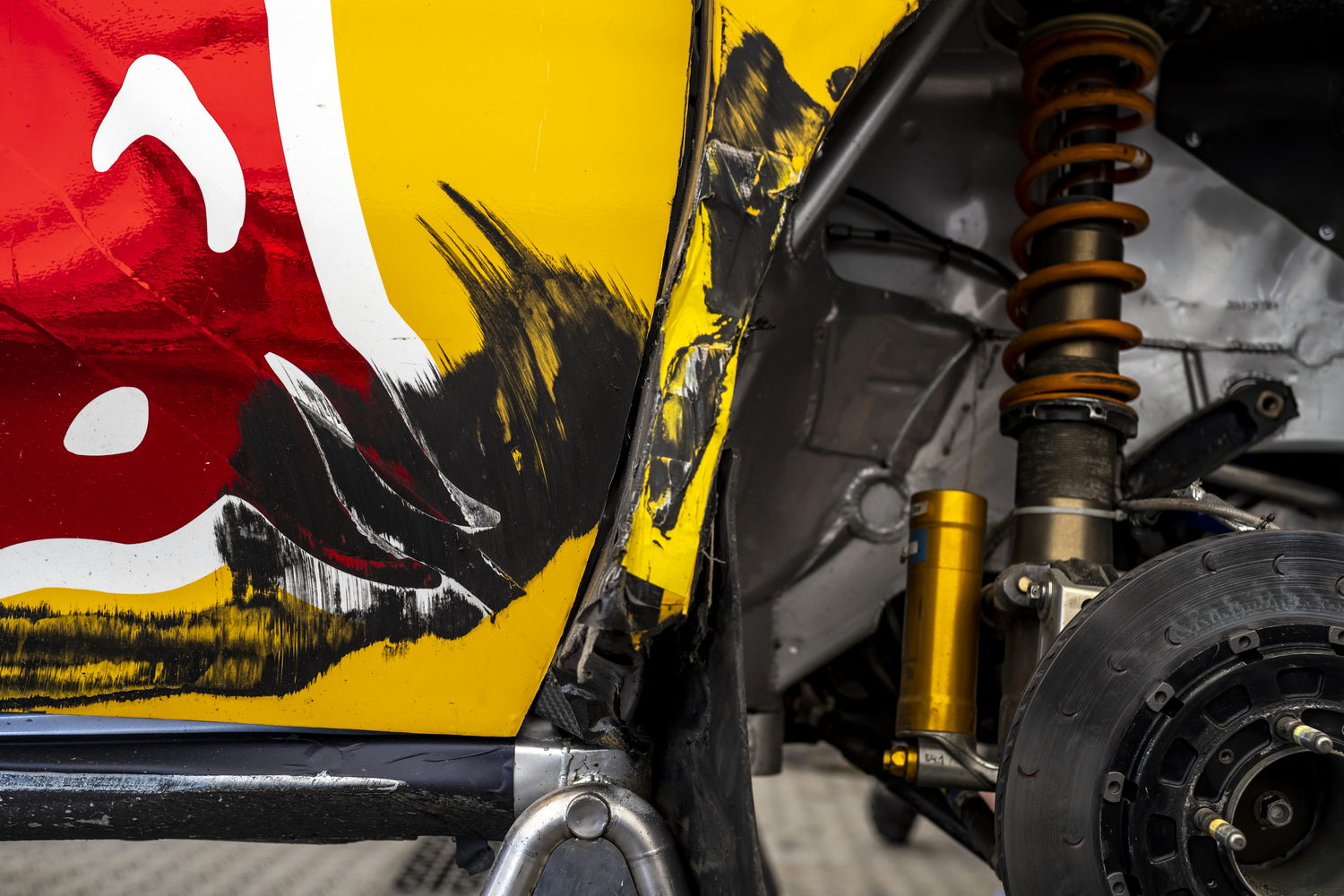 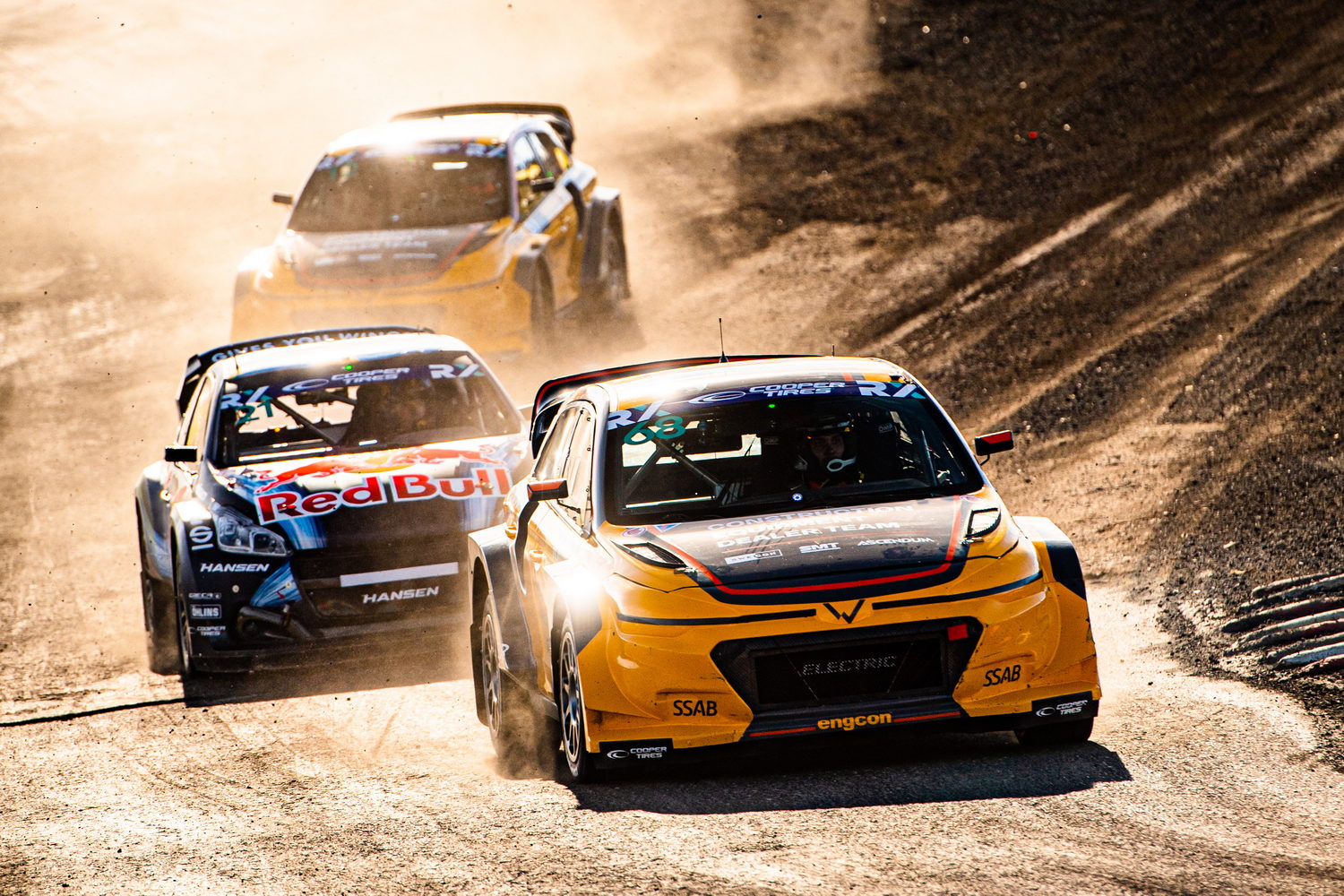 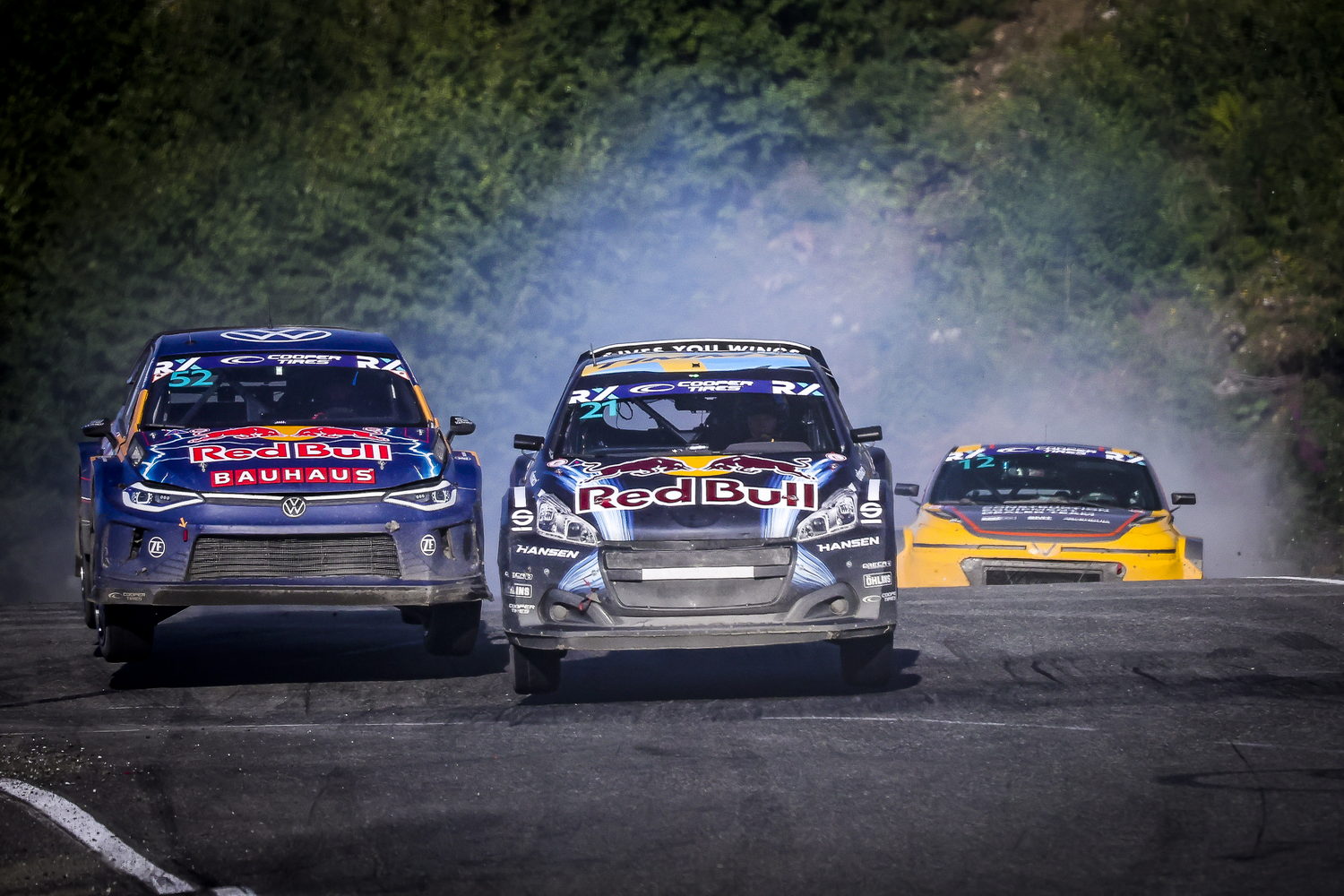 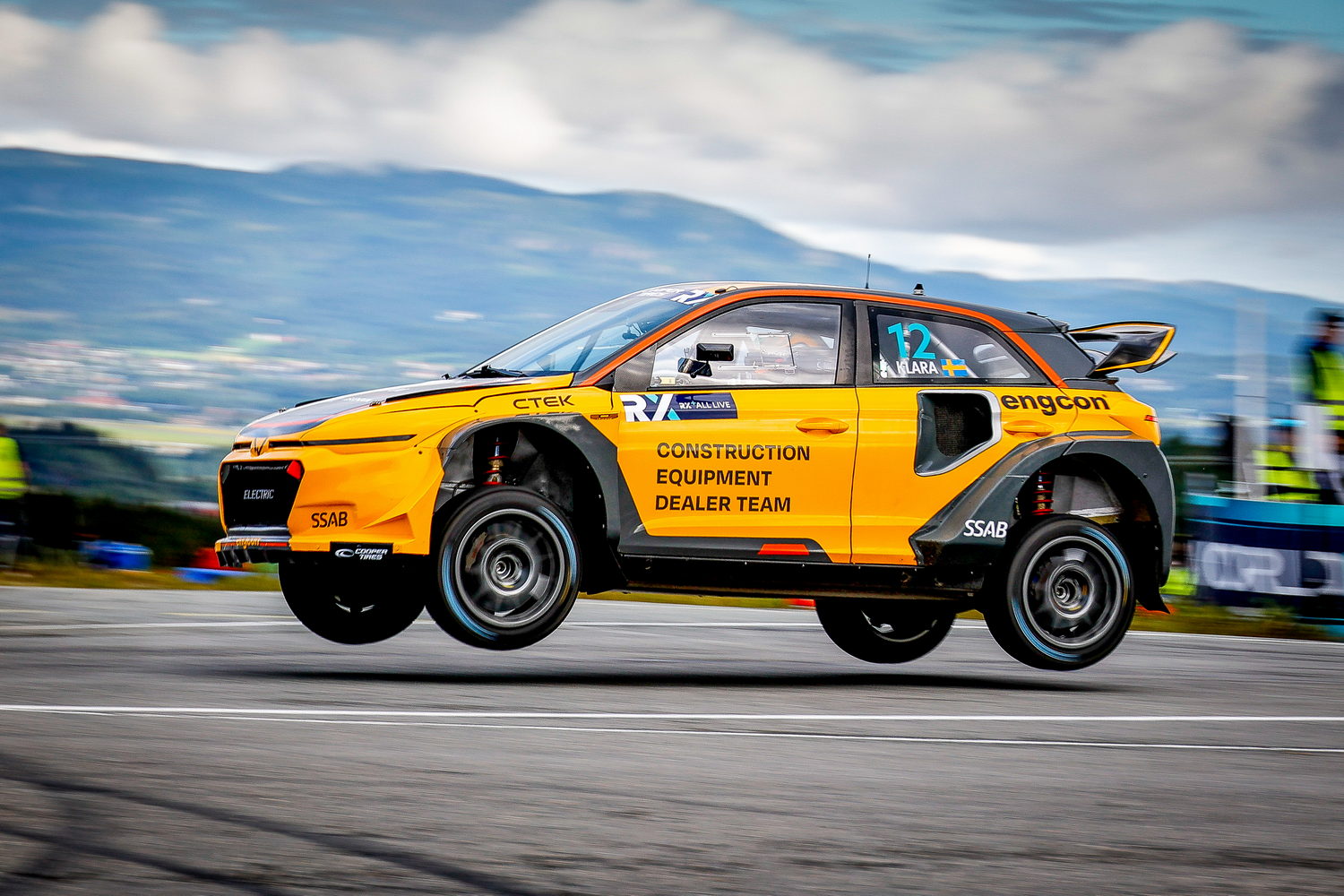 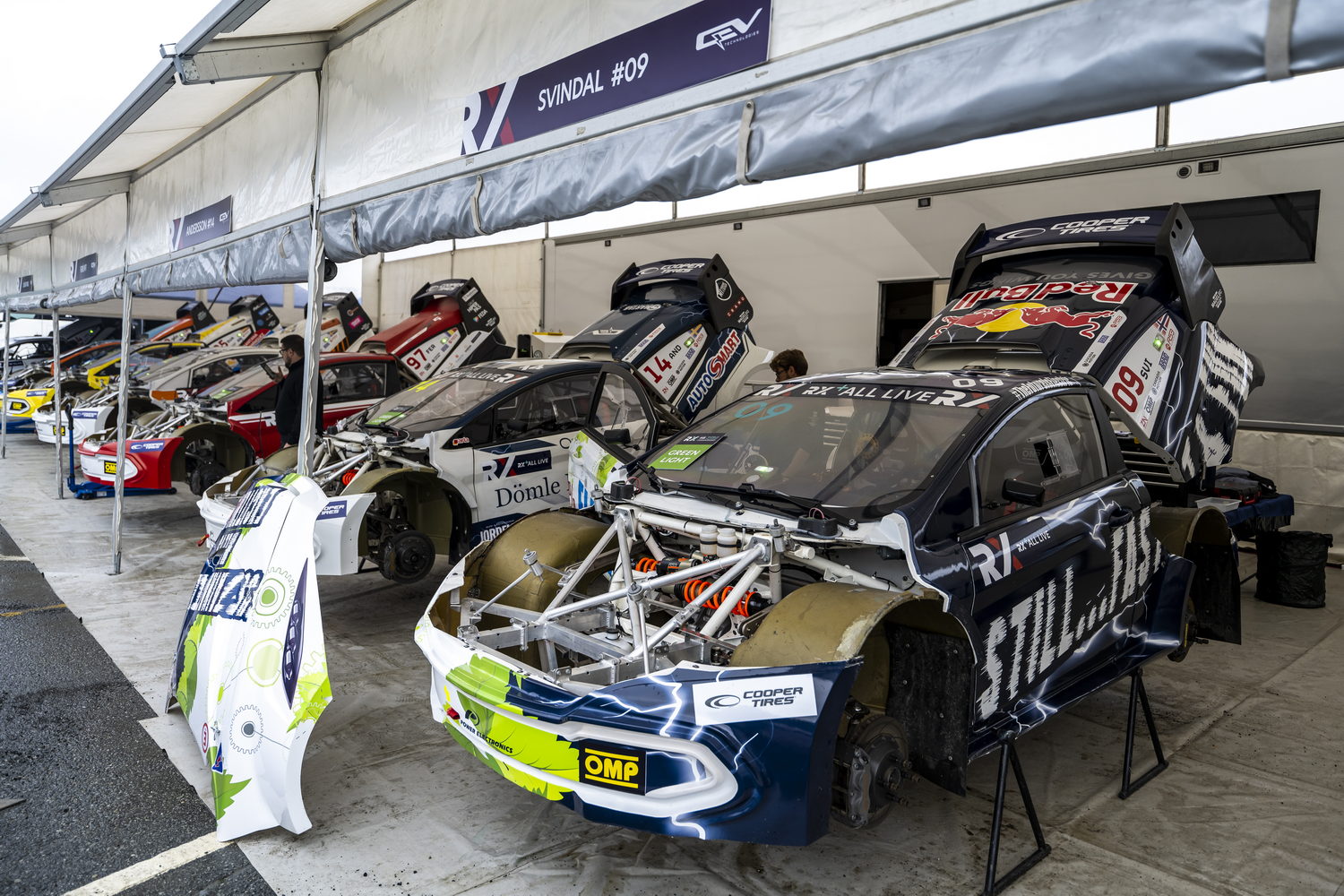 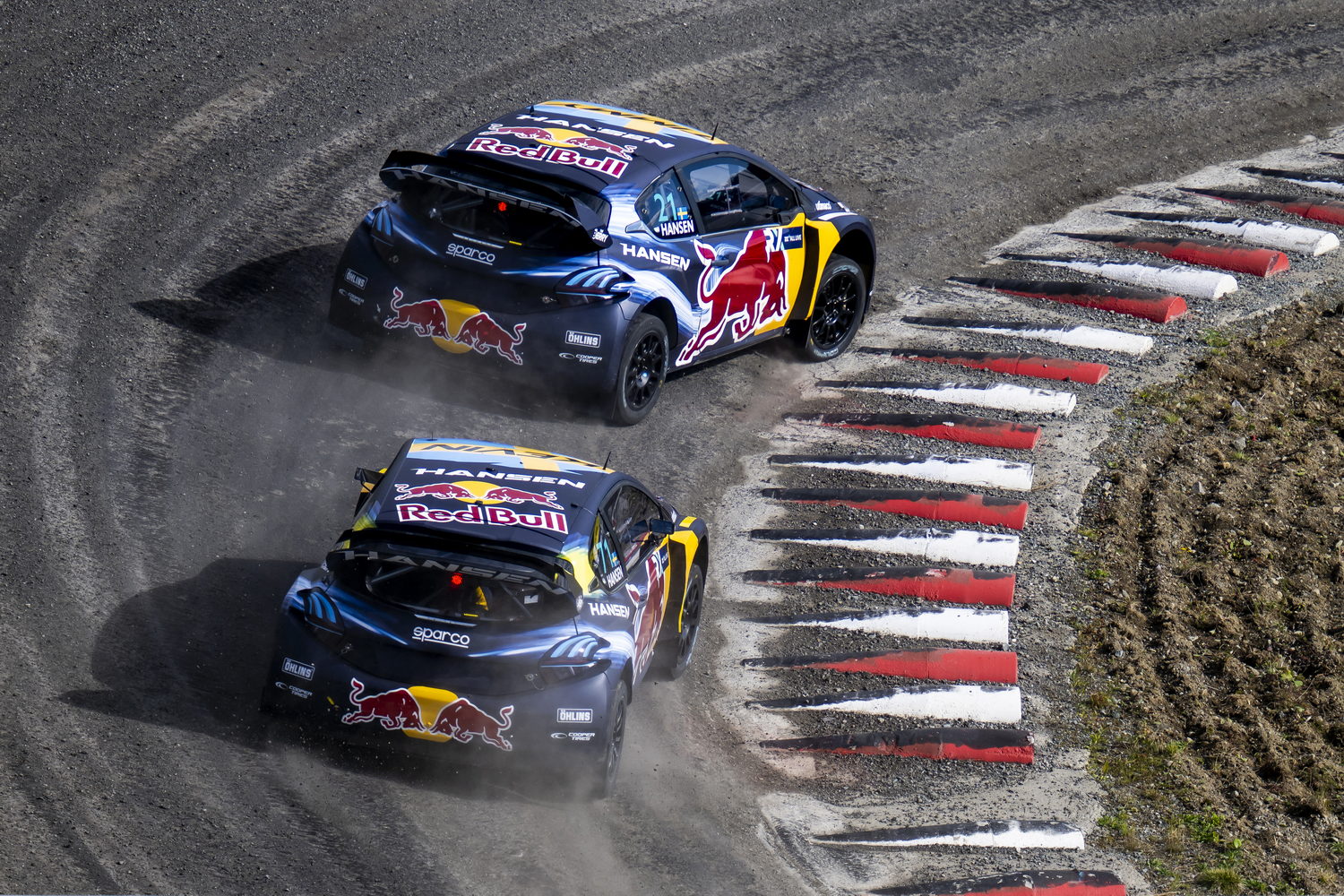 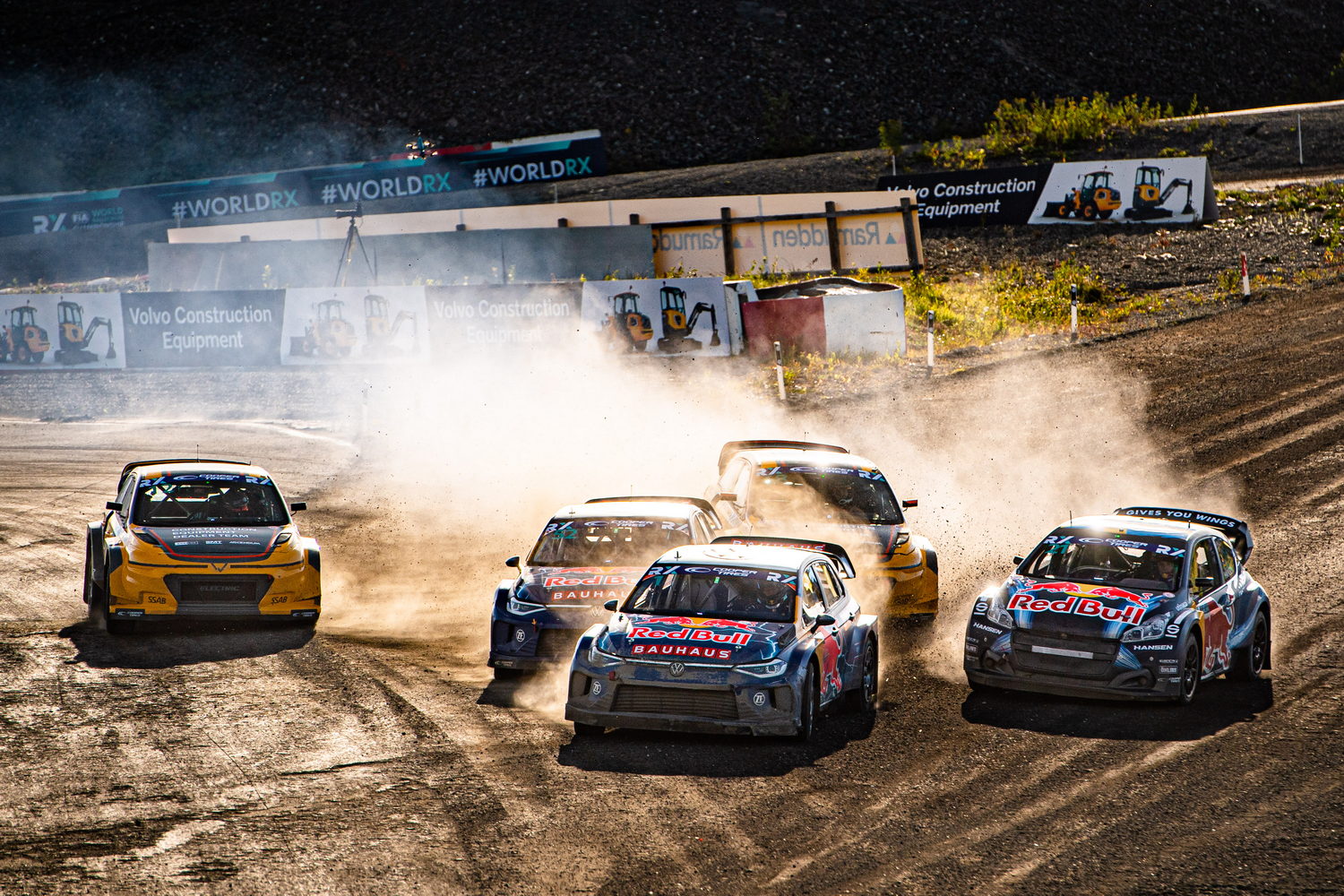 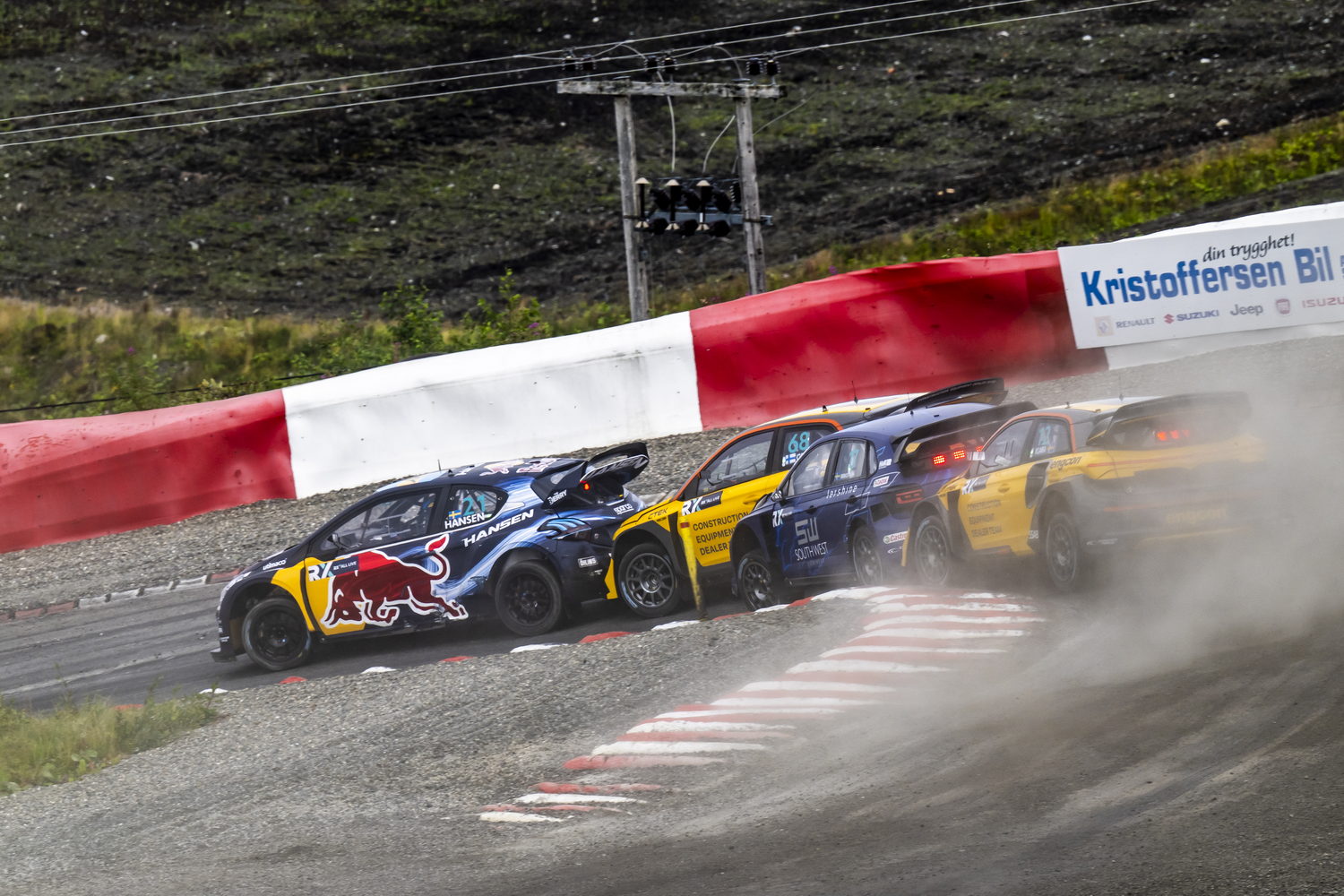 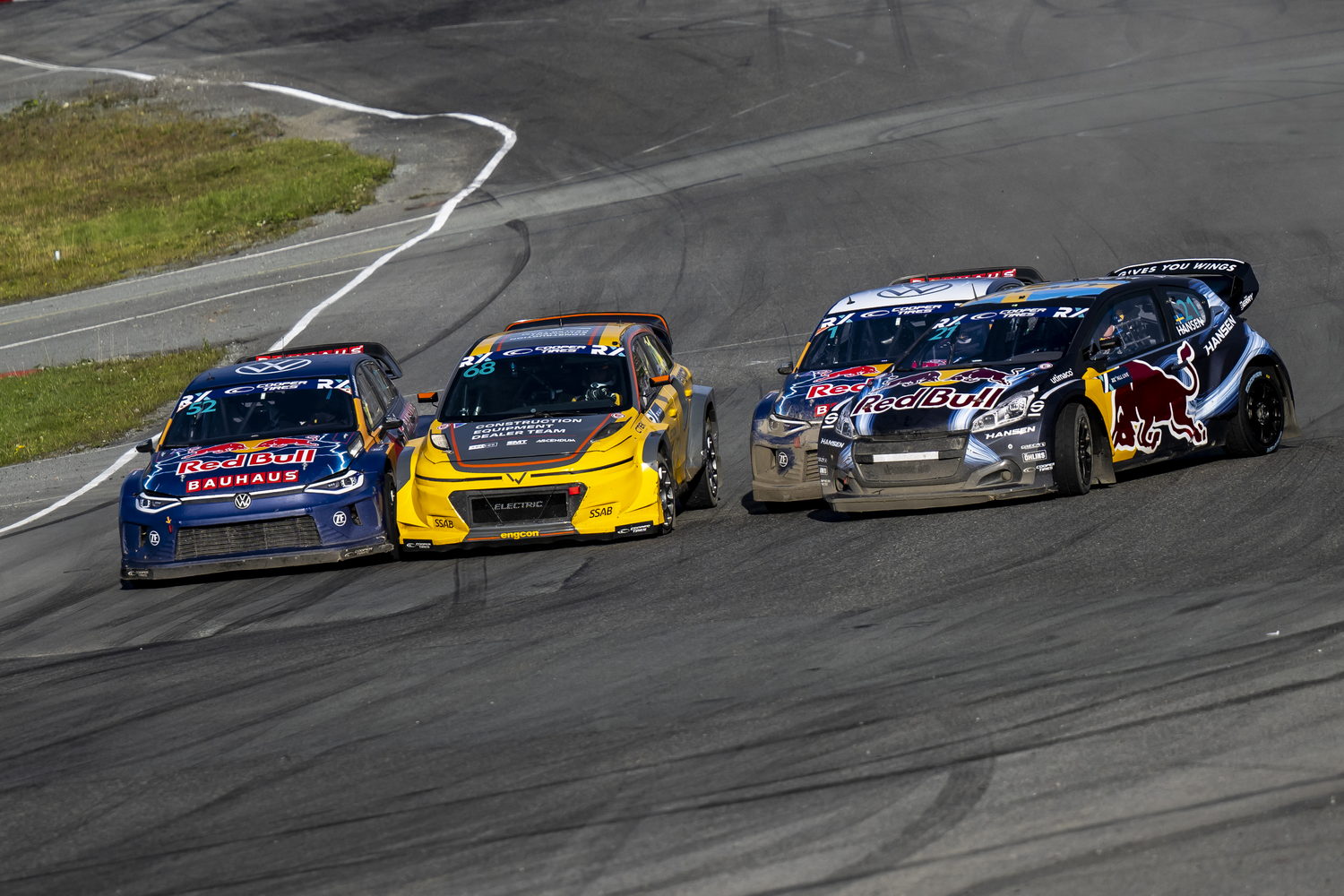 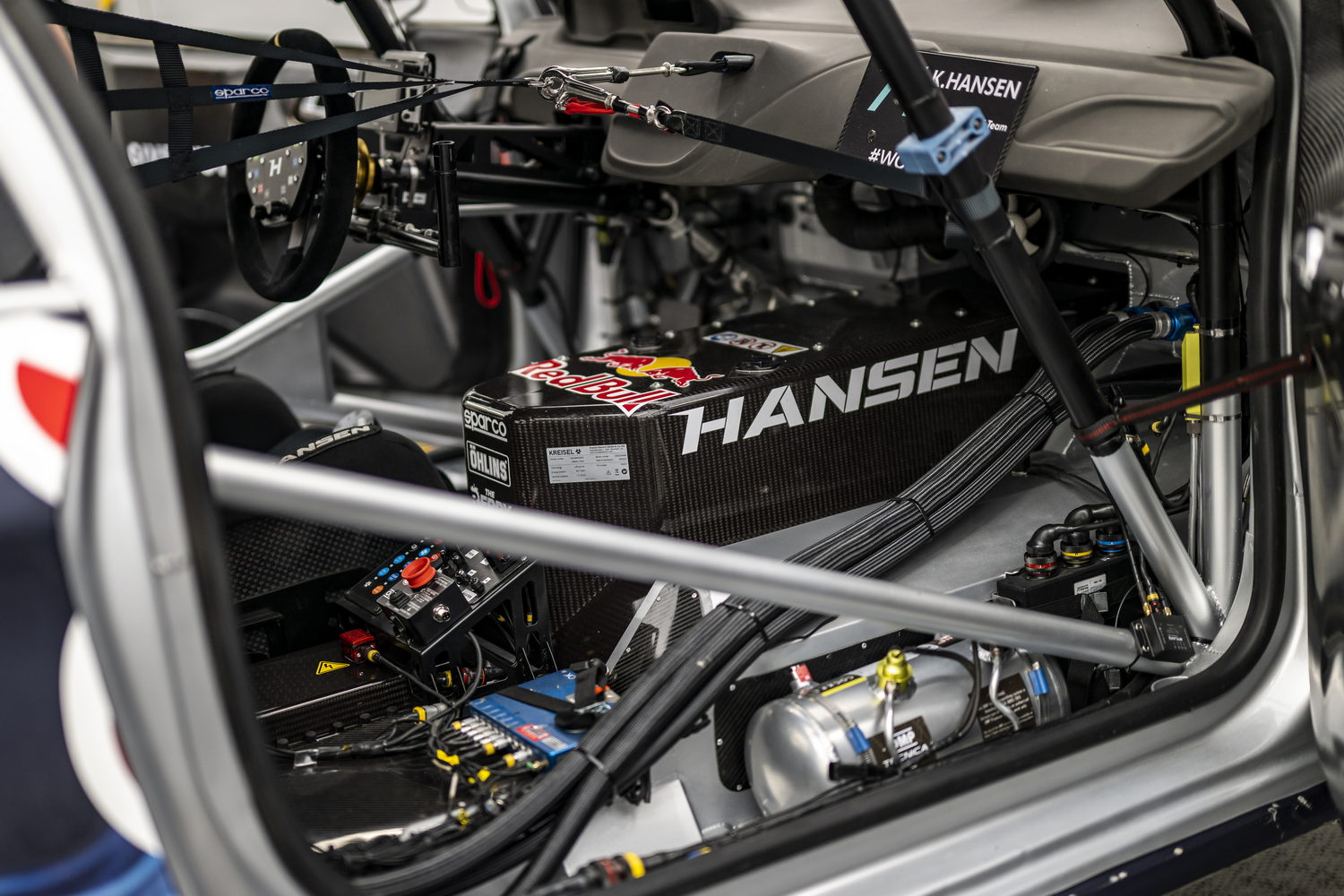 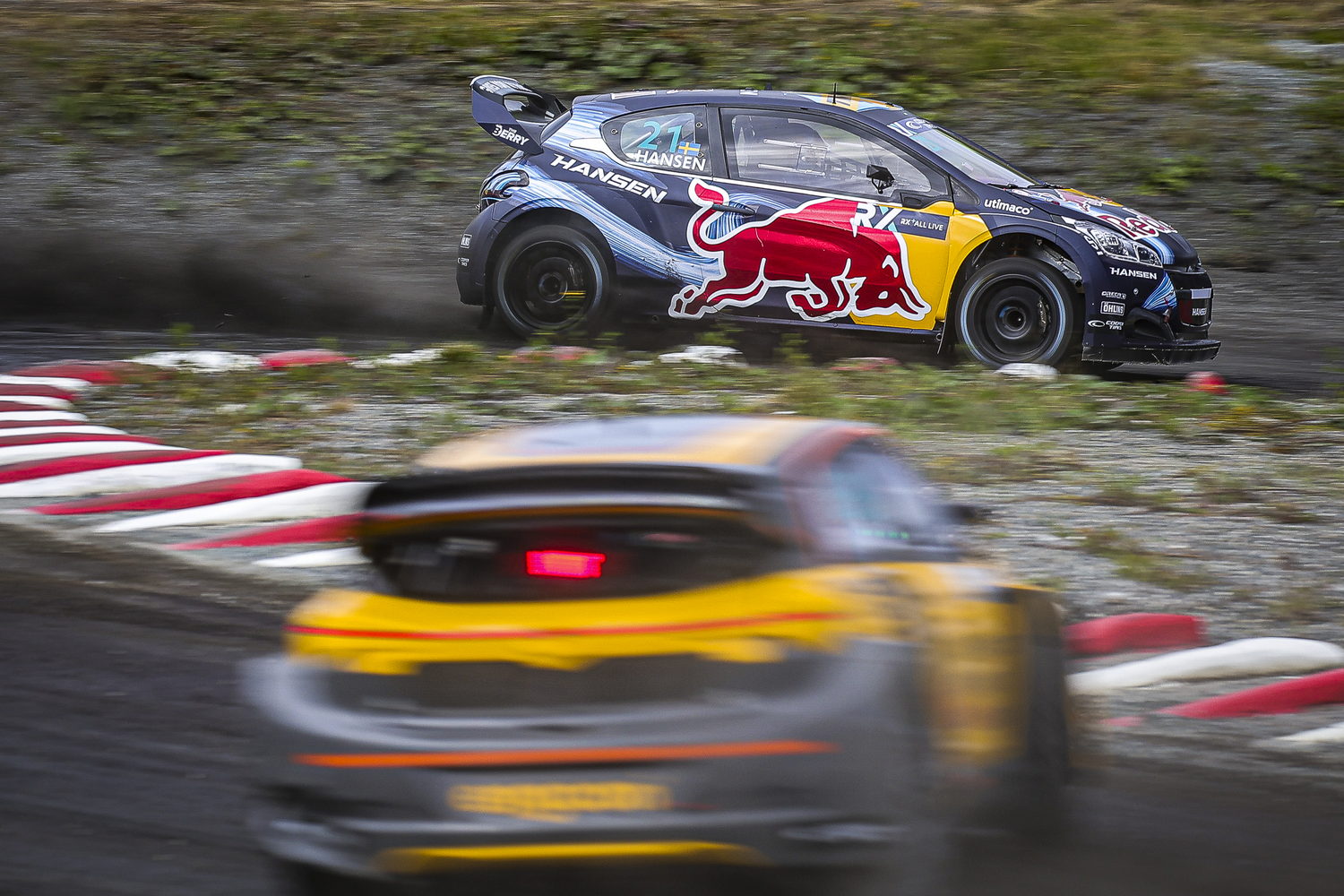 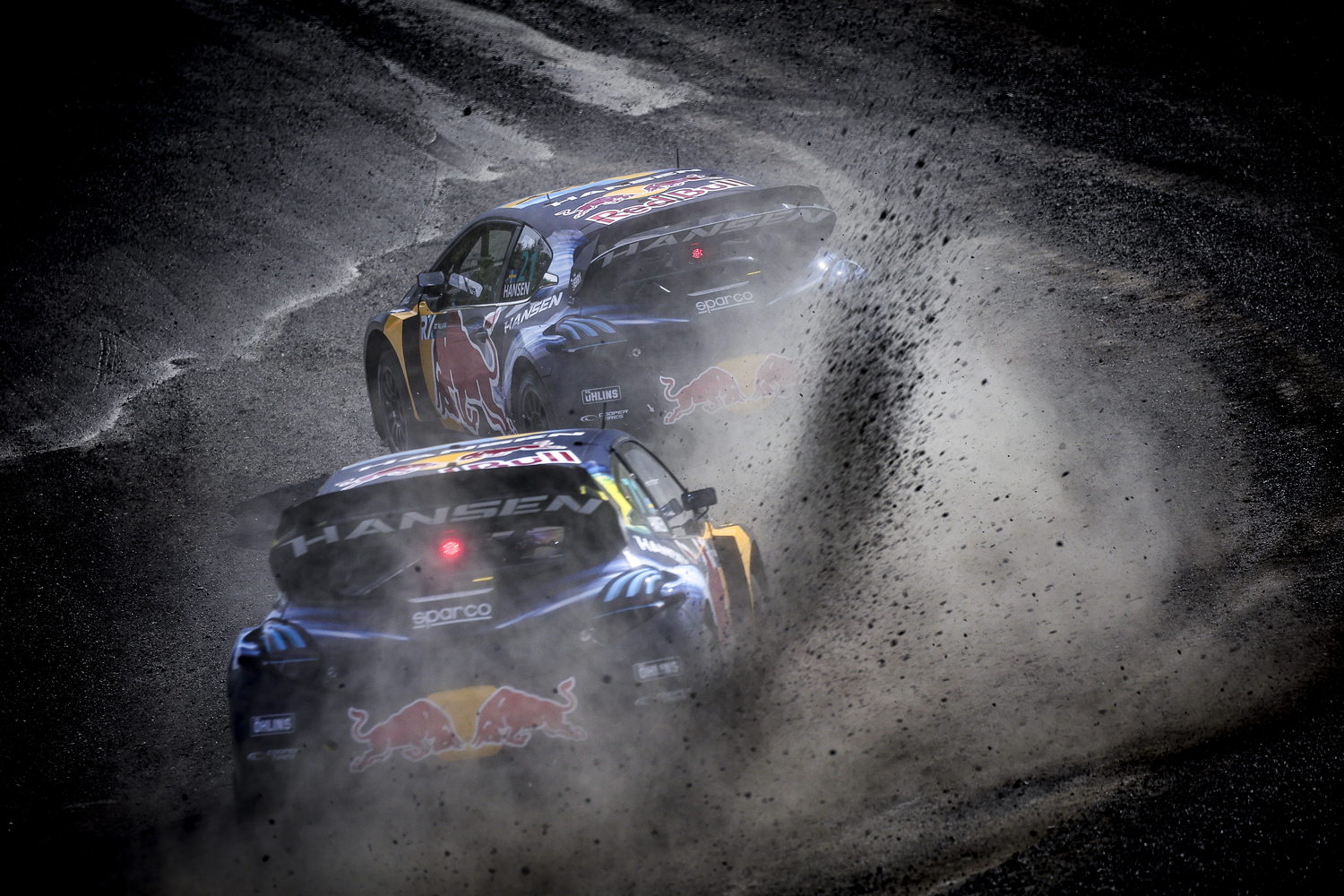 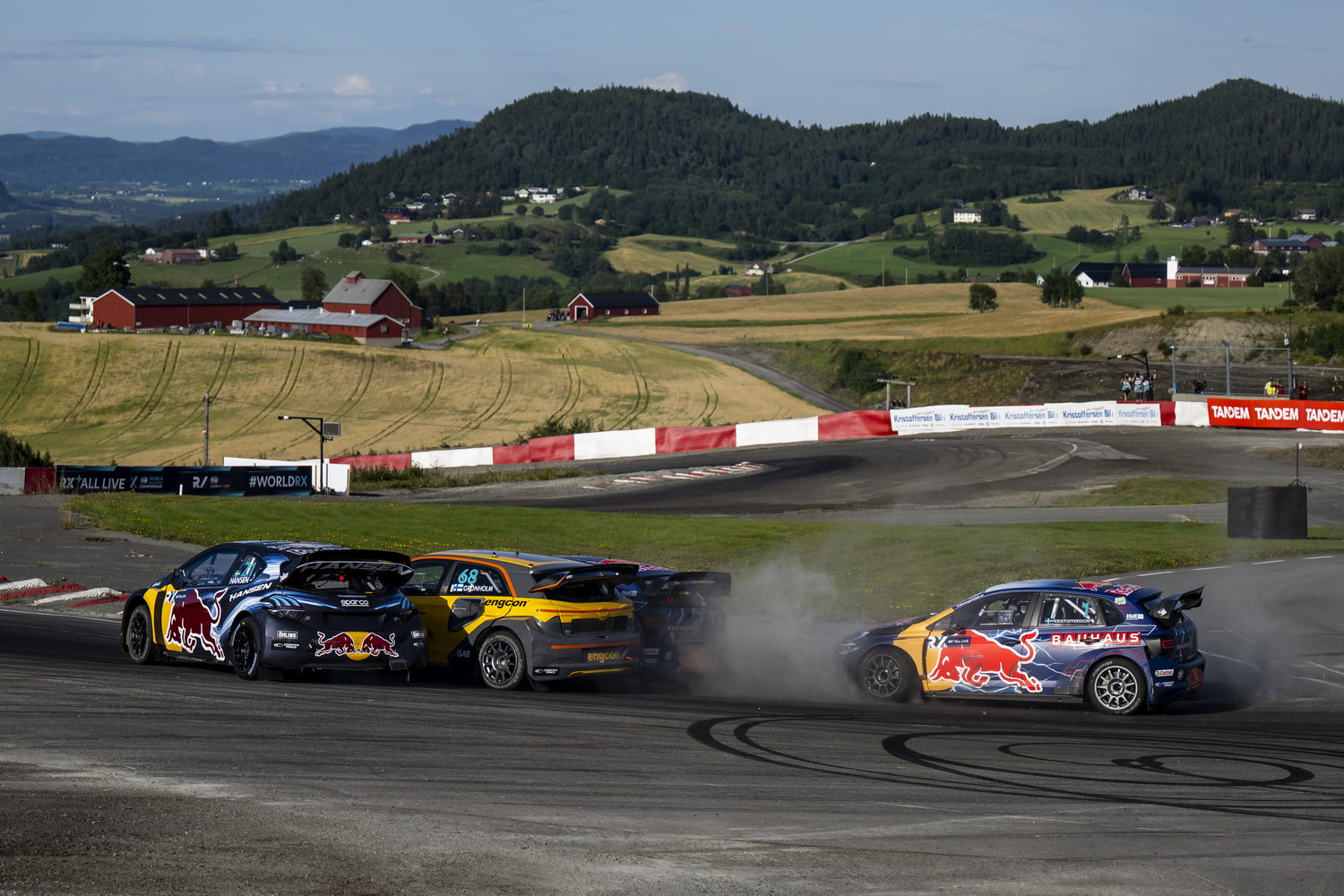 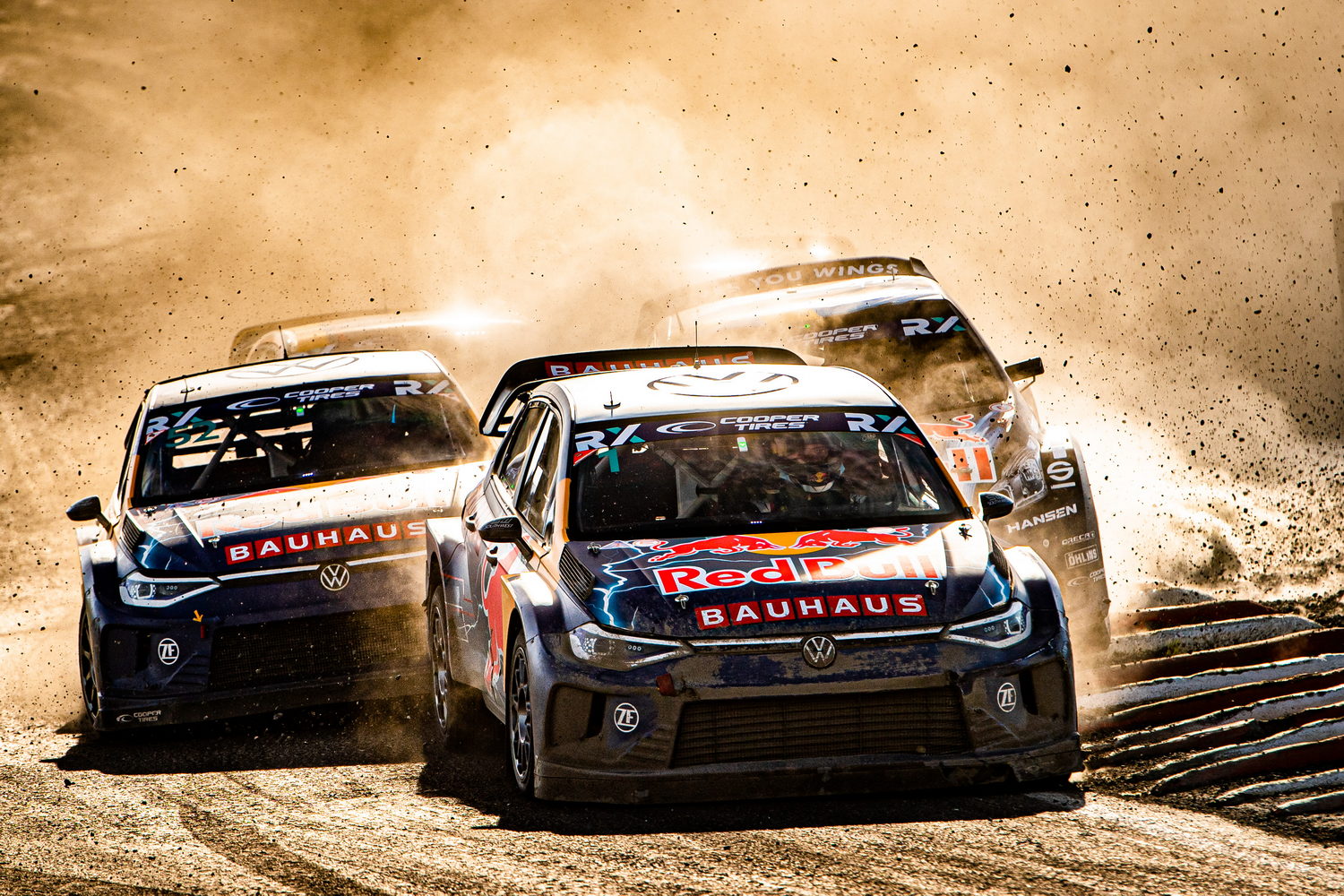 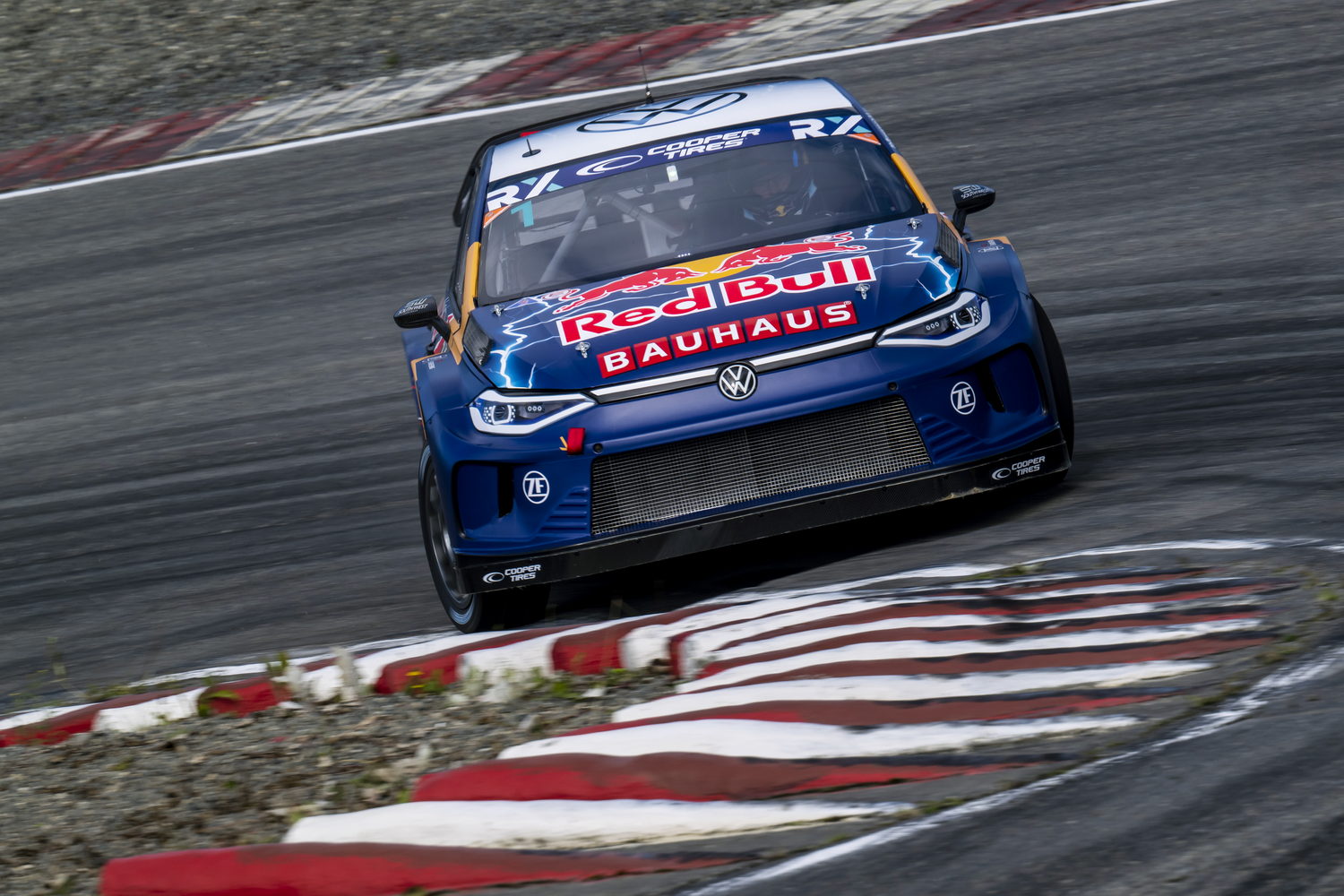 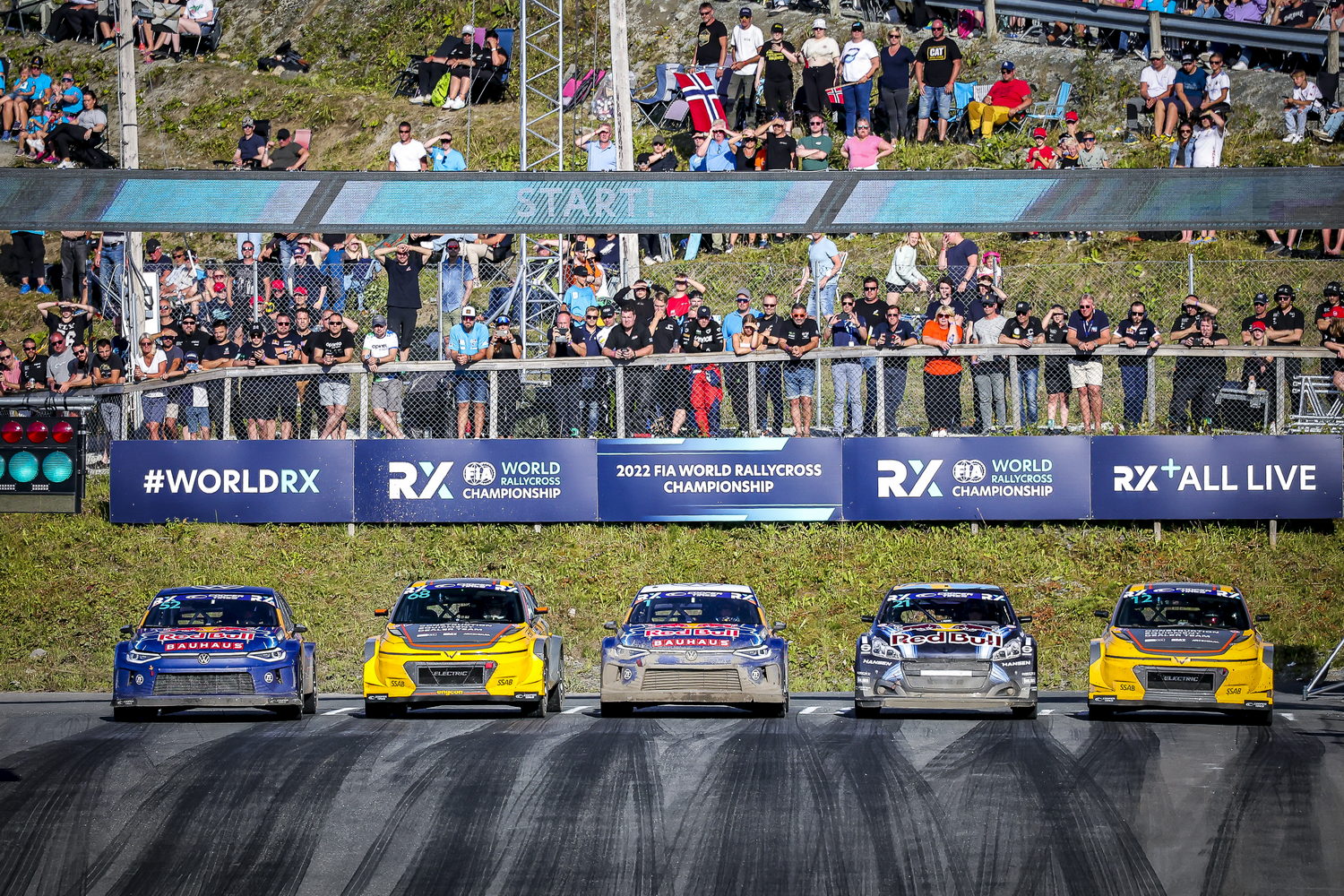 Whether it was the heavy rain falling in the town square in Stjørdal or the fact that the new cars look near-identical to the old ones, the response among the crowd to the reveal of the FIA World Rallycross Championship's new top-tier cars was, despite the pyrotechnics, muted.

But while the new cars may look like the old ones on the surface, what's underneath marks a massive change for the sport, one of the biggest in its whole history and one perhaps not fully appreciable at first glance by the hundreds of people gathered in the little fjord-side town in Norway despite the emcee's attempts to whip up their enthusiasm: whereas the old cars were powered by four-cylinder turbocharged petrol engines, the new ones are fully electric.

The road to Hell

In many respects, rallycross is made for electrification thanks to its series of short laps and heats and a need for blistering acceleration, far more so than, say, regular rallying, F1 or endurance racing, and this is something that the sport's authorities realised some years back.

Rallycross' promoter announced a strategy back in 2018 for the series to go all-electric by 2020, something that didn't come to pass, but a change of promoter (backed by Red Bull) gave the plan a new impetus in the meantime, and 2020 saw the launch of Projekt E, a new sub-class running alongside the old Supercar and RX2 categories.

The advantages were immediately obvious - so much so that in 2021, the RX2 category was replaced altogether by RX2e, a new electric class using identical Fiesta-sized racing cars with 340hp and all-wheel drive.

Despite the lack of aural titillation, many drivers preferred electric racing, with the quieter motors allowing them to better hear how the tyres were gripping in corners and any major chassis impacts over the not-infrequent jumps. So too did they appreciate the precision from the electric motors and the lack of lag compared to turbocharged engines.

"If you want one per cent power, it gives you one per cent," said 18-year-old RX2e driver, Patrick O'Donovan, born and bred in England, but with a strong Irish connection as the son of the well-known Limerick rallycross veteran Ollie O'Donovan.

With the pace and success of the new RX2e series proven in 2021, it was only a matter of time before the highest-level category, RX1 (formerly Supercar) set off on the road to electrification.

The reason for choosing Stjørdal as the location for the unveiling of the new RX1e cars is that it's just a stone's throw from Hell, a place probably most famous around world for the tourist selfies with its placename sign at the quaint little train station, but better-known in Scandinavia for its compact rallycross circuit, a regular fixture on series calendars.

Hell was the venue for the second round of this year's world rallycross championship yet represented the first outing for the new RX1e cars. Thanks to a remarkably short development schedule of around 18 months and problems due to ongoing global supply chain issues, the new cars just weren't ready for the season opener in the Höljes, Sweden and underwent little in the way of pre-season testing prior to their first competitive appearance in Hell. This meant that there was still a lot of uncertainty as to how they'd perform compared to the old petrol-powered Supercars.

Faster than the old cars?

All the new RX1e cars are driven by a new powertrain by Austrian company, Kreisel, which uses a 52kWh battery pack to drive a pair of 250kW motors developing a total of 680hp. With 880Nm of instant torque on tap, one driver, Klara Andersson (driving for the CE Dealer team) described the acceleration as "brutal" (in a good way), but while rapid acceleration is par-for-the-course for electric racers, they often can't match the pace of petrol-powered racing cars over longer distances and up to higher speeds.

Early indications that the new cars were as quick overall as the old RX1s came when, after a few laps of a shakedown in his Volkswagen Polo RX1e after the event in Höljes, the quadruple world champion, Johan Kristofferson, believed (in the absence of any official timing) that he had set a new lap record on the track he knows so well.

Just a few tenths of a second separated the RX1e and Euro RX1 cars around the tight kilometre-long circuit in Hell and, ultimately, Kristofferson won the weekend's racing, setting a new lap record of 37.676 seconds in his third heat in the process. Not bad at all considering how the electric powertrains are all-new and the Euro RX1 cars are the products of almost 30 years of development.

The new cars, with their frantic electric wail, may not sound as good as the old ones, but with a 0-100km/h time of 1.8 seconds (faster than an F1 car), there's little sign that the drivers care. Although the idea of a synthetic sound system has been batted around, one driver was overheard saying that he saw little point in the idea as it would, he felt, add an unnecessary 15kg or so to his Peugeot's weight.

Give rallycross a go

While massively popular in the Scandinavian countries, and although rallycross was once a regular feature of TV programming in Ireland and Britain, its profile and popularity has waned in this part of the world; that's a shame given how exciting a form of motorsport it is. With the sport entering a new era, the new cars may be quieter, but they're quicker than ever before and rallycross still retains all of the scrappy battling and tail-happy action that made it such a made-for-television hit in the first place.