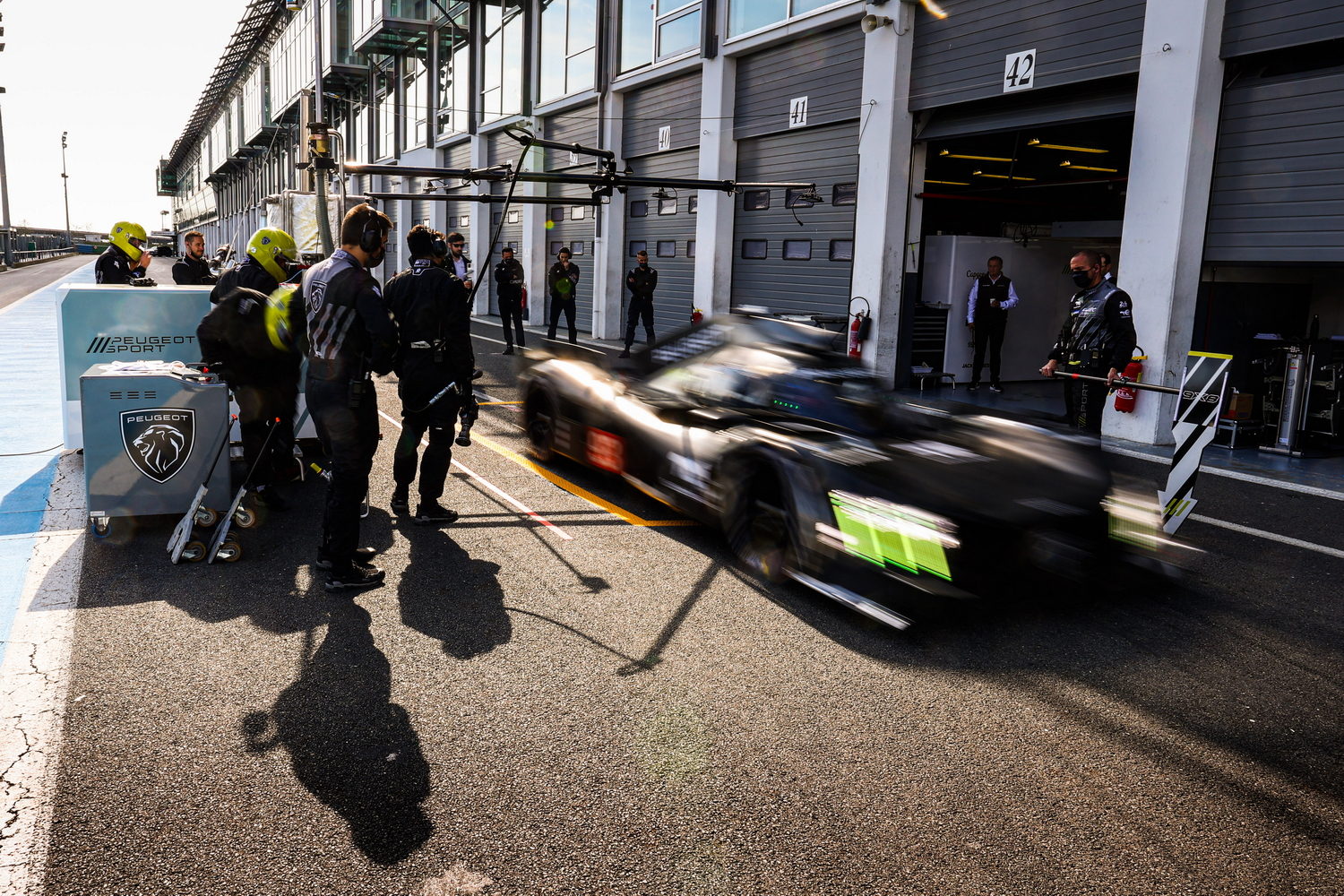 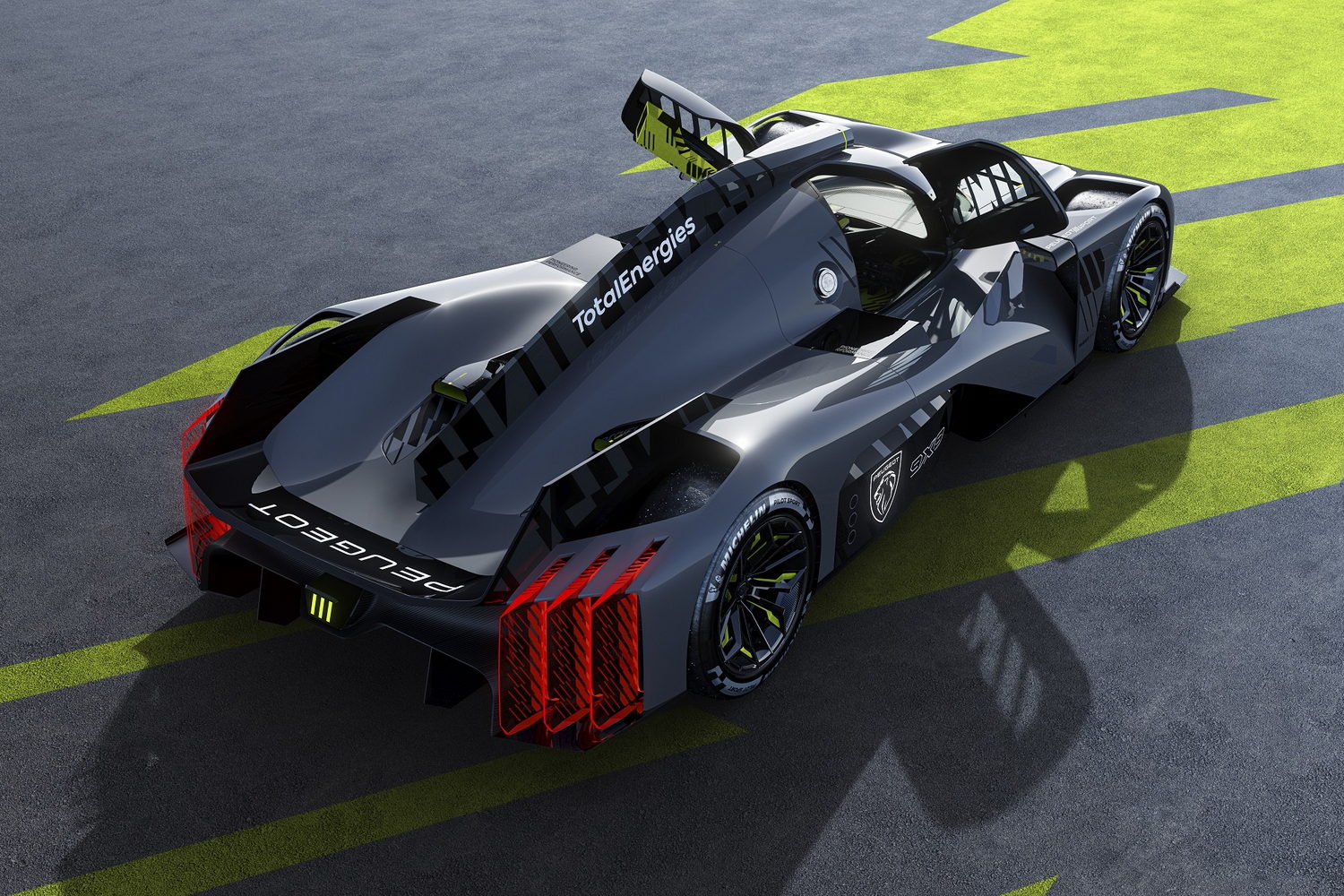 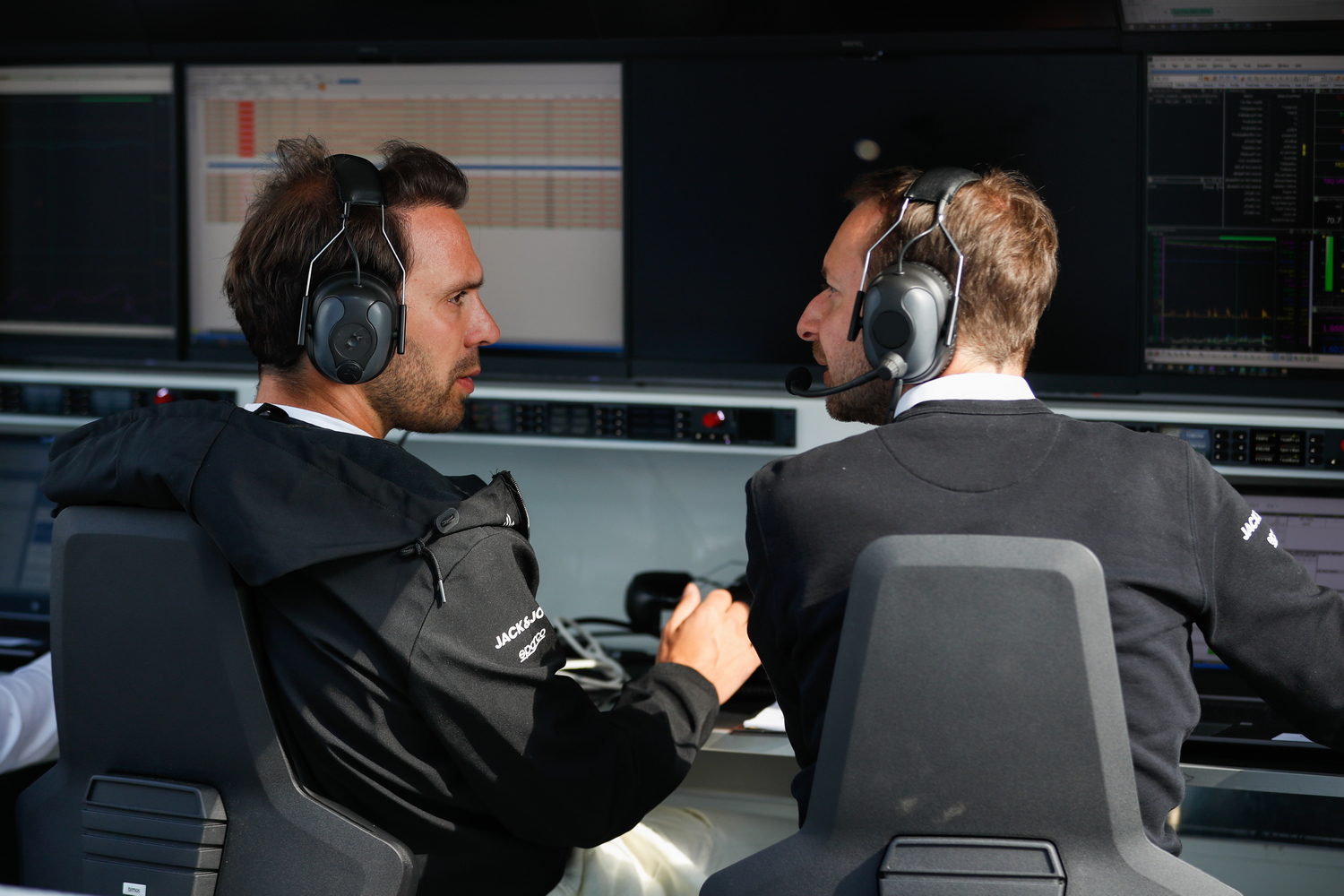 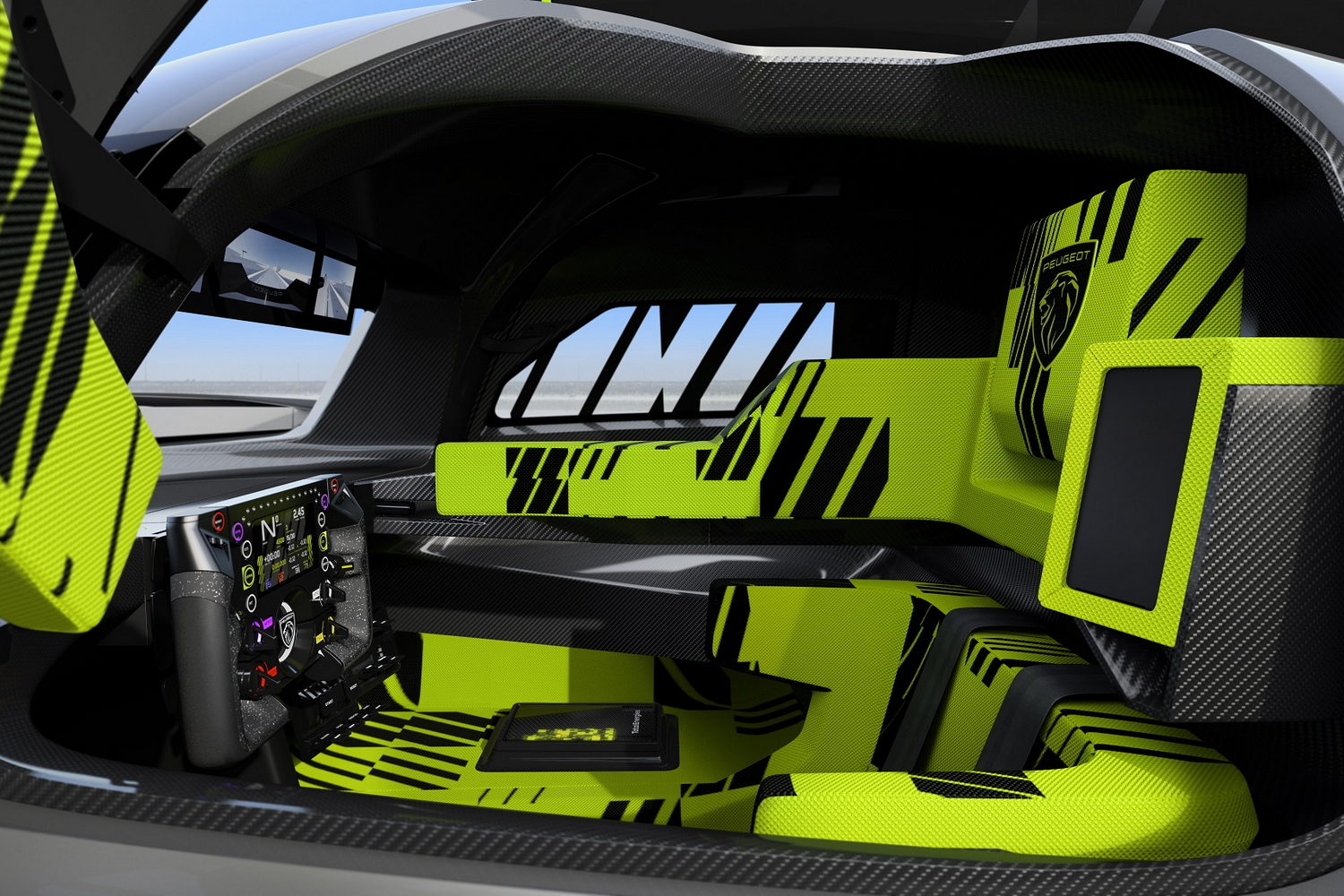 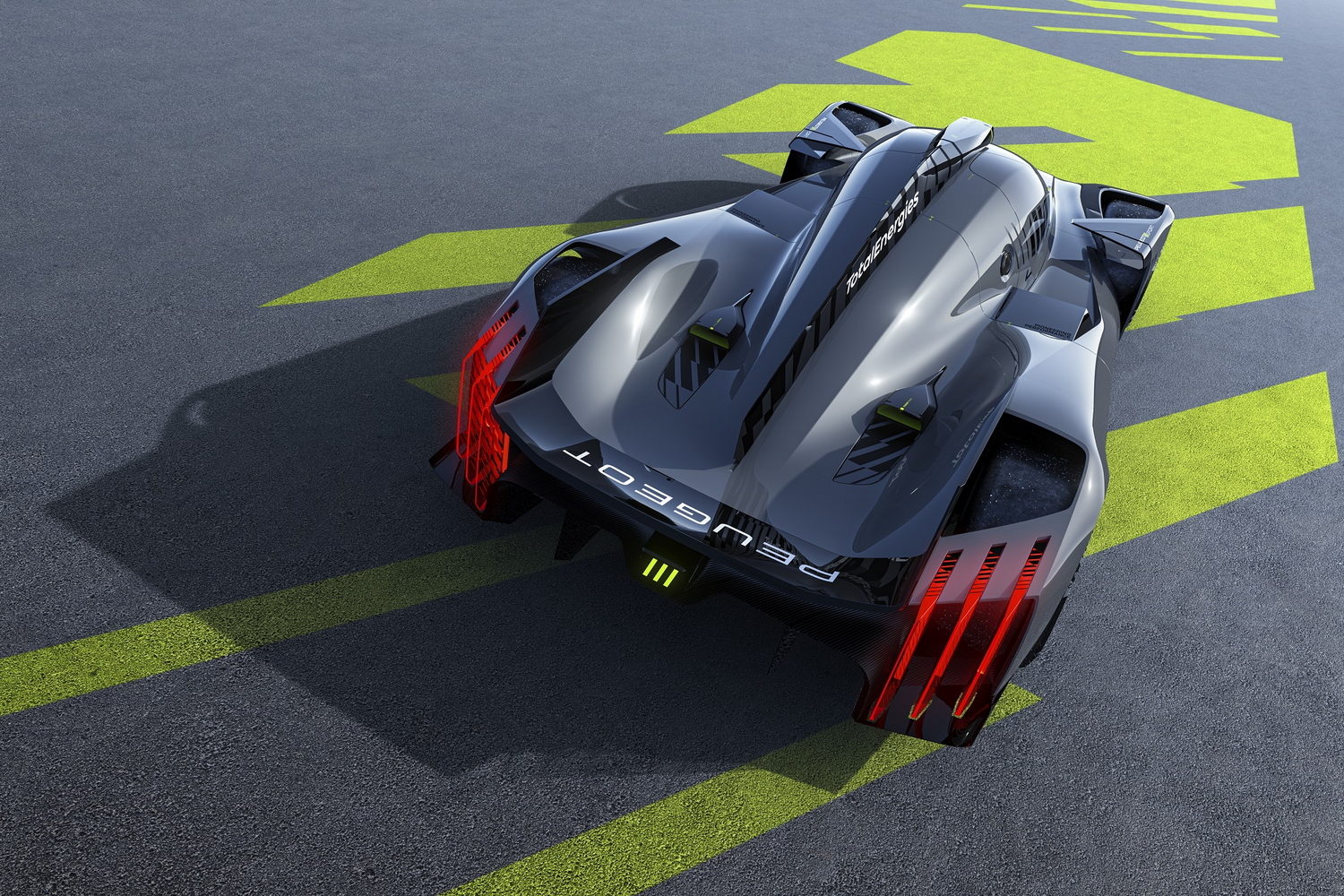 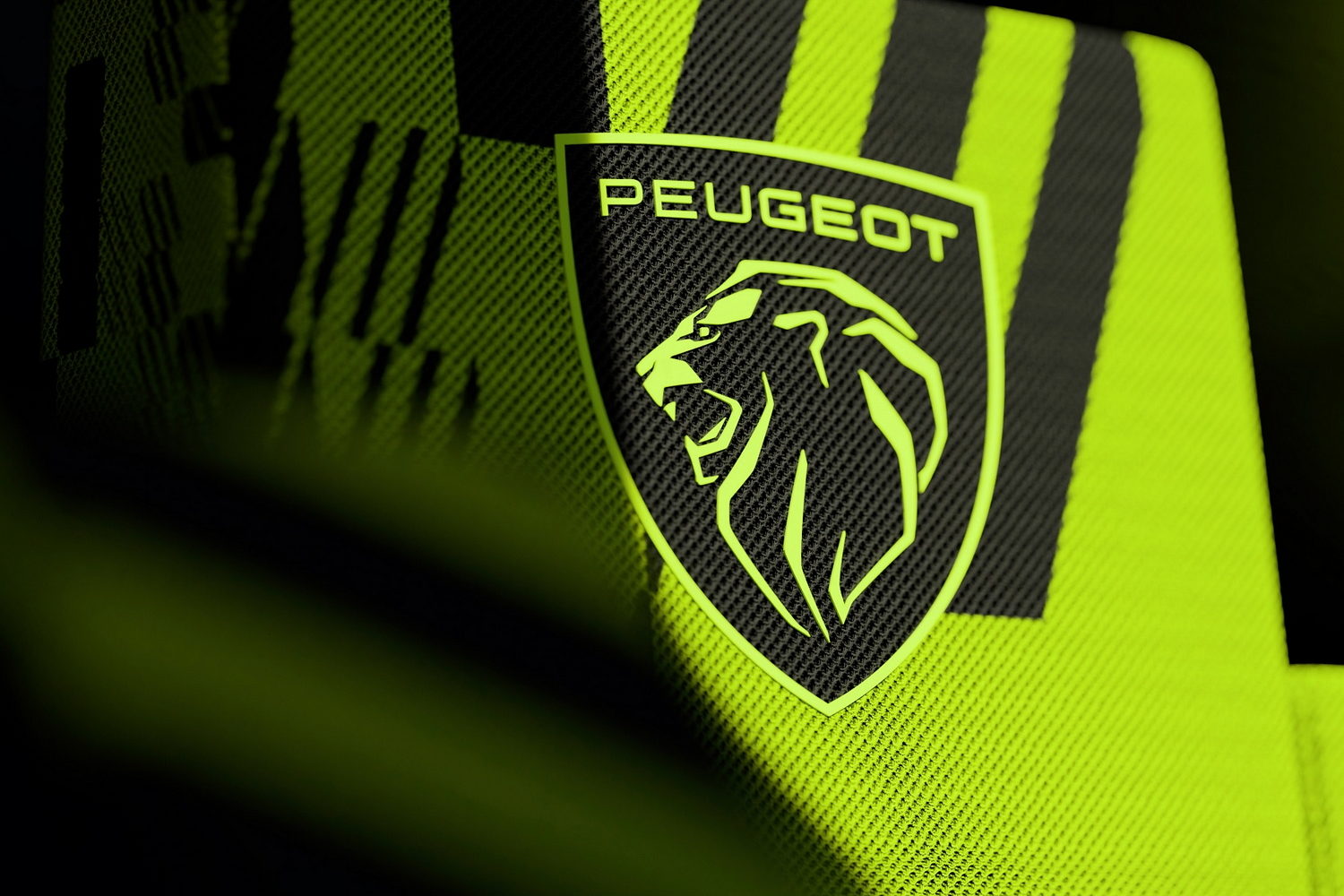 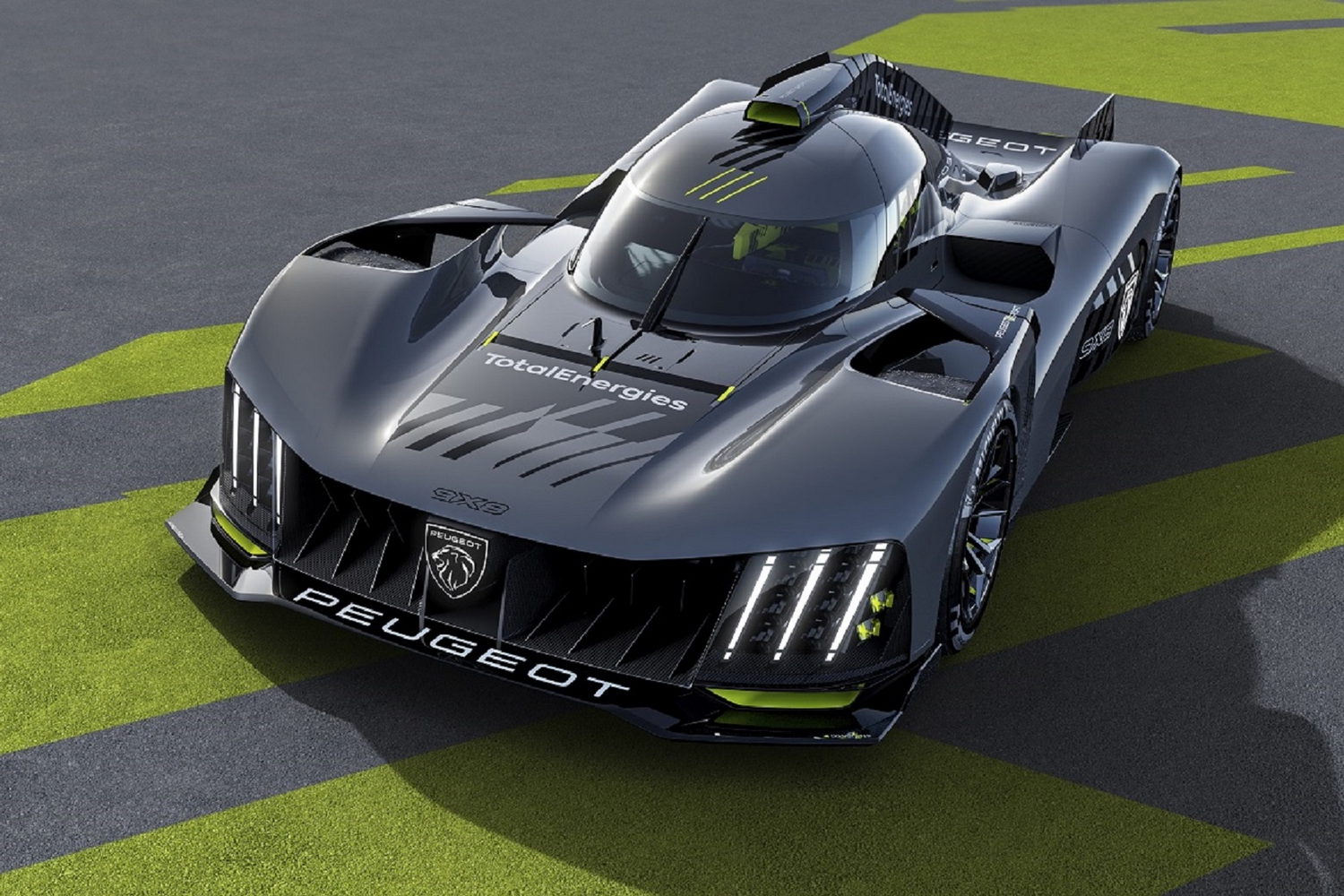 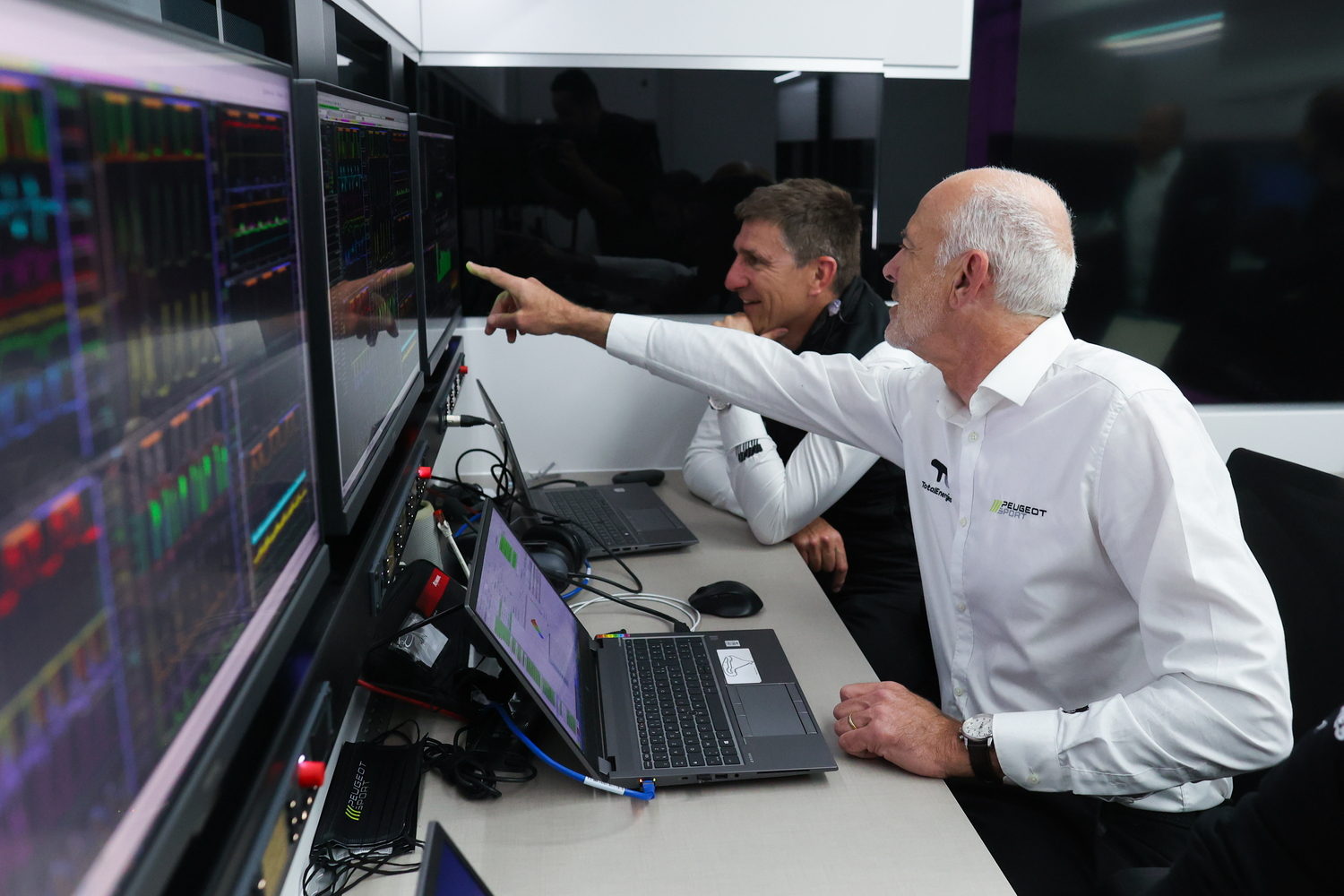 The Peugeot 9X8 is set to take on the challenge of Le Mans, but it has been racing digitally for months.

Back in the 1990s, Eddie Jordan - then still boss of his eponymous Formula One team - invested millions of dollars in a seven-post simulation rig. This rig, attached to a real F1 car at seven points, in theory simulated the stresses and strains of a lap, or several laps, of a given circuit, validating the strengths, or possibly discovering the weaknesses of components before they were brought to the track.

At the time, the seven-post rig was a hugely expensive, cutting-edge simulation tool, but thanks to the march of time, and the laws of expanding data processing power, that rig now looks as antiquated as cart-spring suspension.

Take, for example, the new Peugeot 9X8 Le Mans racing car. The wingless wonder is currently undergoing testing, racking up endless laps at race circuits across the world, as Peugeot gets set for a third assault on the great 24-hour race next year.

The thing is, long before the 9X8 ever turned a physical wheel on an actual track, the car was already logging kilometre after thousands of kilometres - digitally. Peugeot decided that to fast-track the 9X8 to get it on-track, it would create a digital version of the car that could be endlessly tested in a computer, ironing out bugs and small details before the physical car was ever built.

Indeed, before the 9X8 was ever driven, it began life as a 51.1-gigabyte digital project, made up of 15,267 files stored on a hard drive.

"One of our strengths is being able to create the tools ourselves to shape the design of the components that we need," explains François Coudrain, Powertrain Director of Peugeot Sport's FIA World Endurance Championship (WEC) programme.

The project mixed and matched the expertise of both digital simulation experts and race car engineers and designers. The idea was that those used to physical cars could help the software boffins refine and improve the simulations, and in turn the boffins could find both problems and solutions that the track team might never have thought of.

This kind of thinking was crucial, not least because the 9X8 - unlike a conventional race car - has been designed to look how it looks, so that it carries some of Peugeot's road car DNA in its shape. It was also through these digital simulations that Peugeot worked out that the 9X8 might just be faster without a traditional rear wing.

"Thanks to all of our software, we can envisage a wide range of dimensions, shapes and materials, and work on the weight of the car in-line with the technical regulations", notes François Coudrain. "As with the choice of base concept, being able to take a purely digital approach to trialling systems and components allows us to assess a large number of potential solutions, which would quite simply be impossible to achieve in the real world. Before taking to the circuit, our Hypercar was for a long time a project stored on a hard drive. Every single one of the 15,267 files represented one of its parts! There is one other thing that should also be noted: digital technology and the calibre of our simulation tools enabled us to gauge the interaction between different components and systems, meaning we were already familiar with the theoretical performance and behaviour of the car before testing it for real. The physical validation phase of the project did not begin until much later, when we finally put the car on the track."

"Artificial intelligence is an invaluable tool for dissecting the tremendous amount of data to be found in a race car," adds Jean-Marc FINOT, Director of Stellantis Motorsport. "Our 'big data' processing applications enable us to simulate a large number of different hypotheses, helping us to see if we need to modify the design of any parts to meet our target values. It is only once we have defined the characteristics and simulated performance in a variety of environments with a wholly digital car that we begin the manufacture of its physical parts."

The digital simulations also helped to work out problems that are pretty well new to racing cars. The 9X8 has three separate but integrated electrical systems for example - a 900-volt battery coupled with both 48-volt and 12-volt systems. Peugeot used the digital tools to work out not only how those systems could be made to work together, but also to make sure that their various electrical signals wouldn't interfere with one another.

There were also some useful cost savings - for instance, the simulation team worked out that some of the 48-volt components of the car's electrical system could be bought off the shelf (they're actually similar to systems used in commercial drones), saving cash and design time. Other solutions were more of your classical racing thing - like working out that some areas of the carbon-fibre bodywork needed to be protected with titanium or aluminium to keep away the fiery heat of the V6 engine's exhaust...

Peugeot's 9X8 has evolved from digital theory to real, physical racing car and we will get to see the fruits of all those efforts, on track, next year.