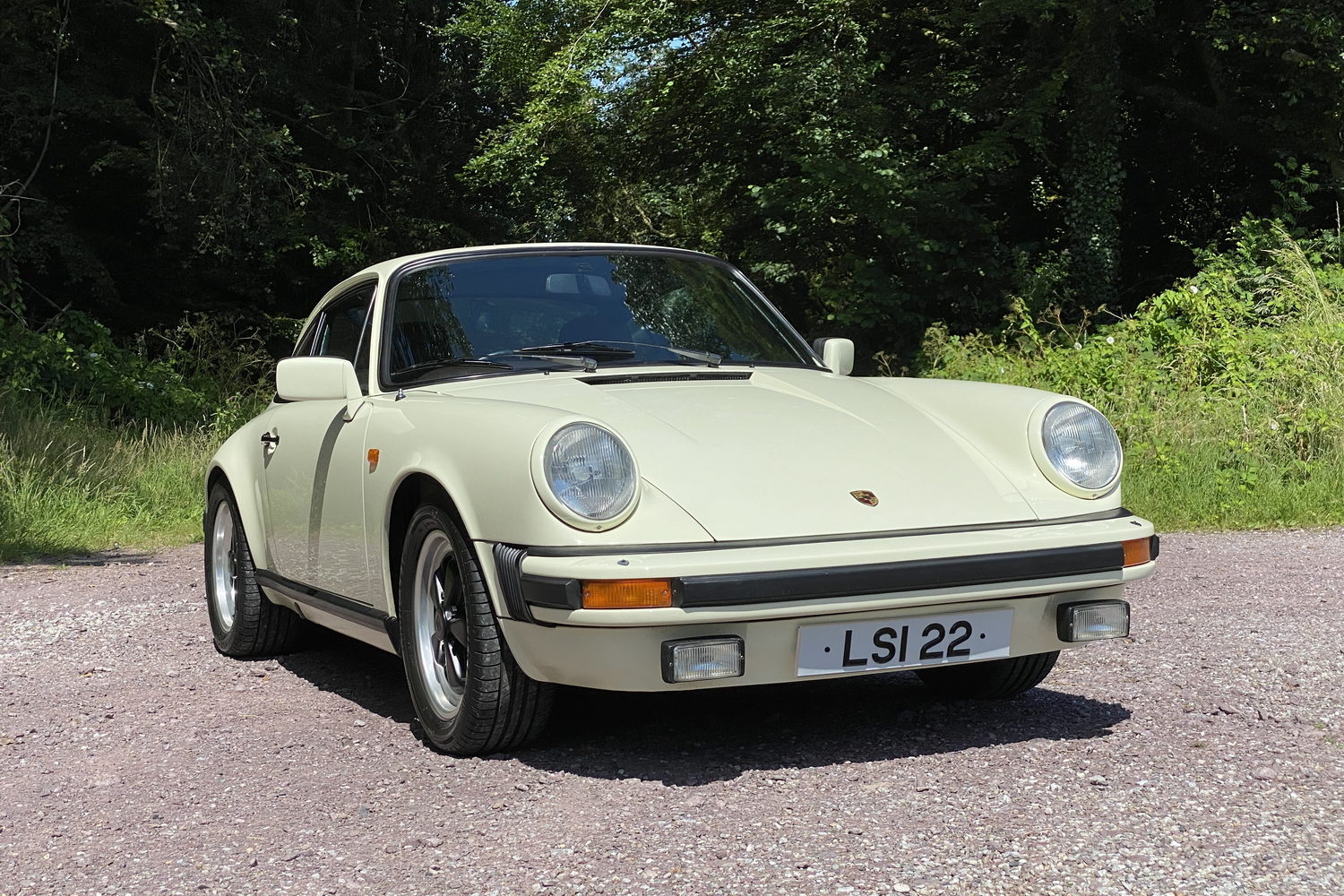 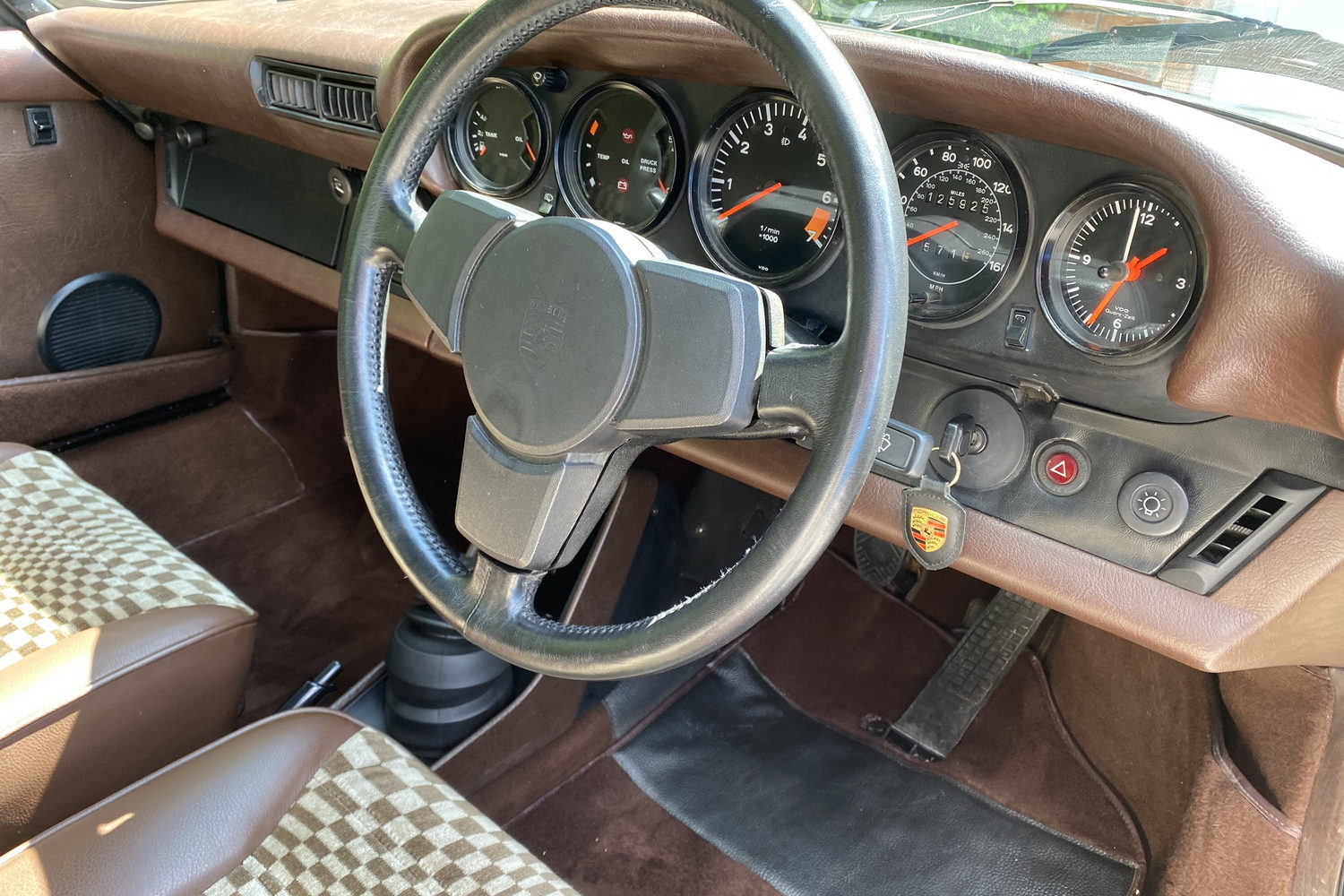 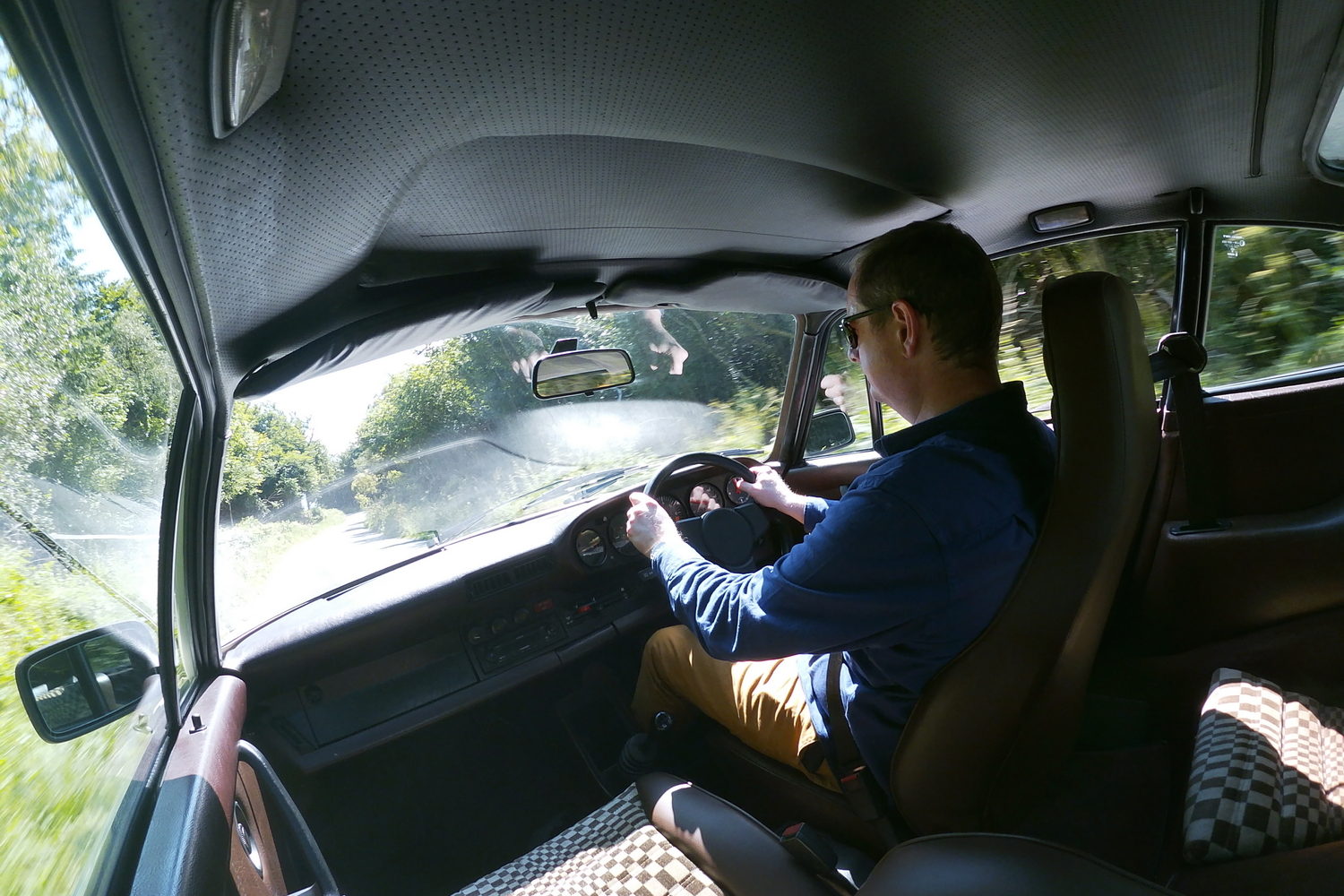 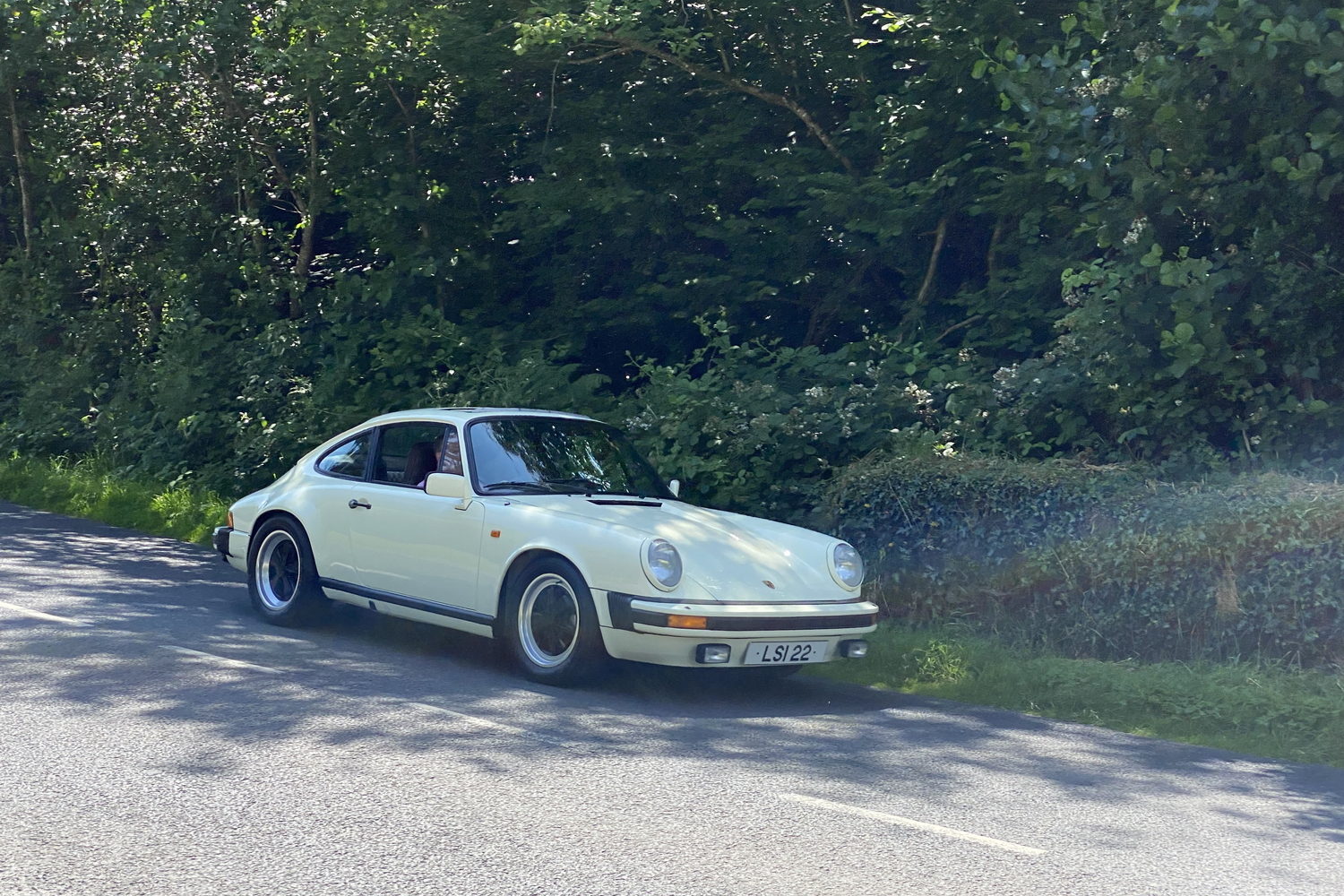 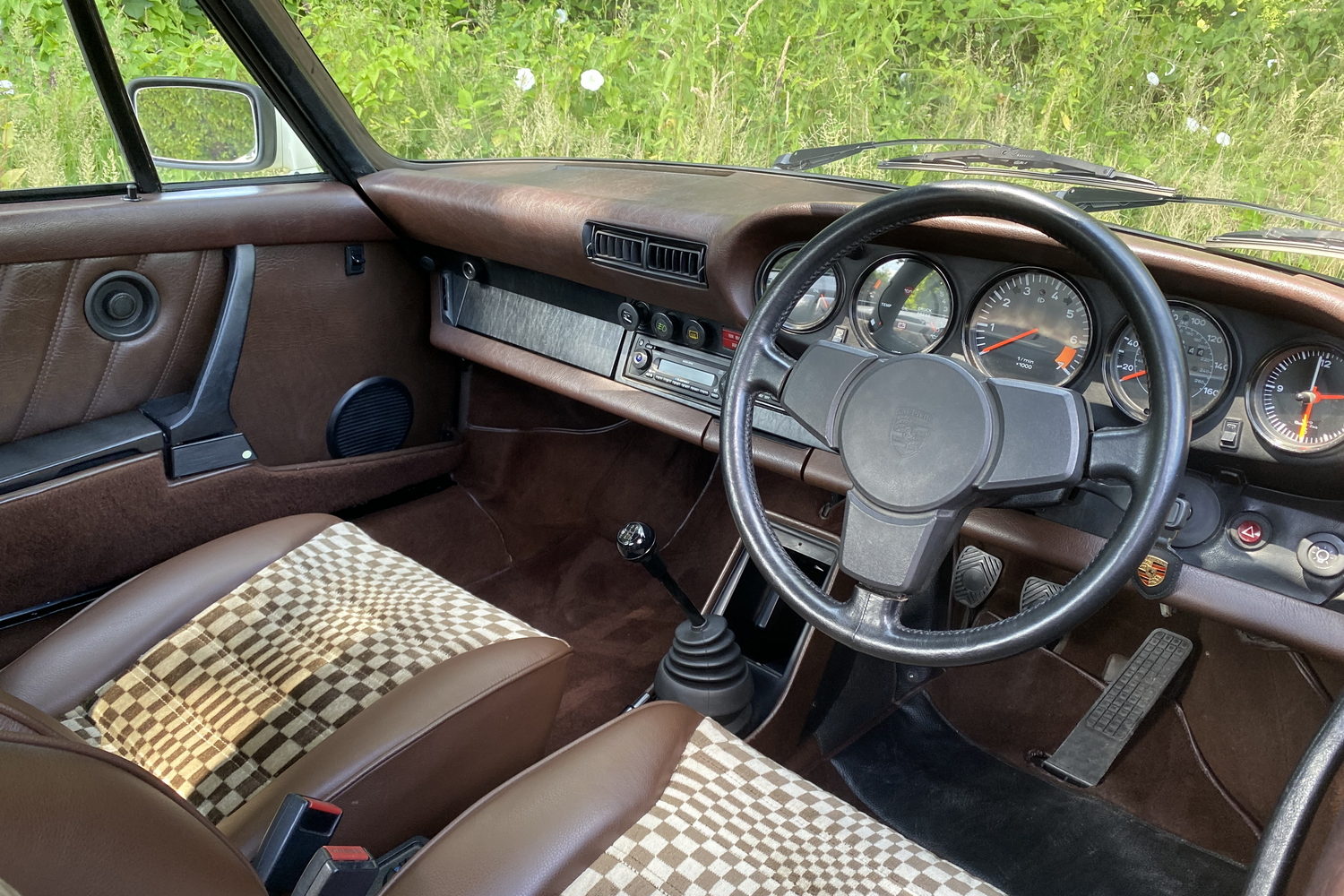 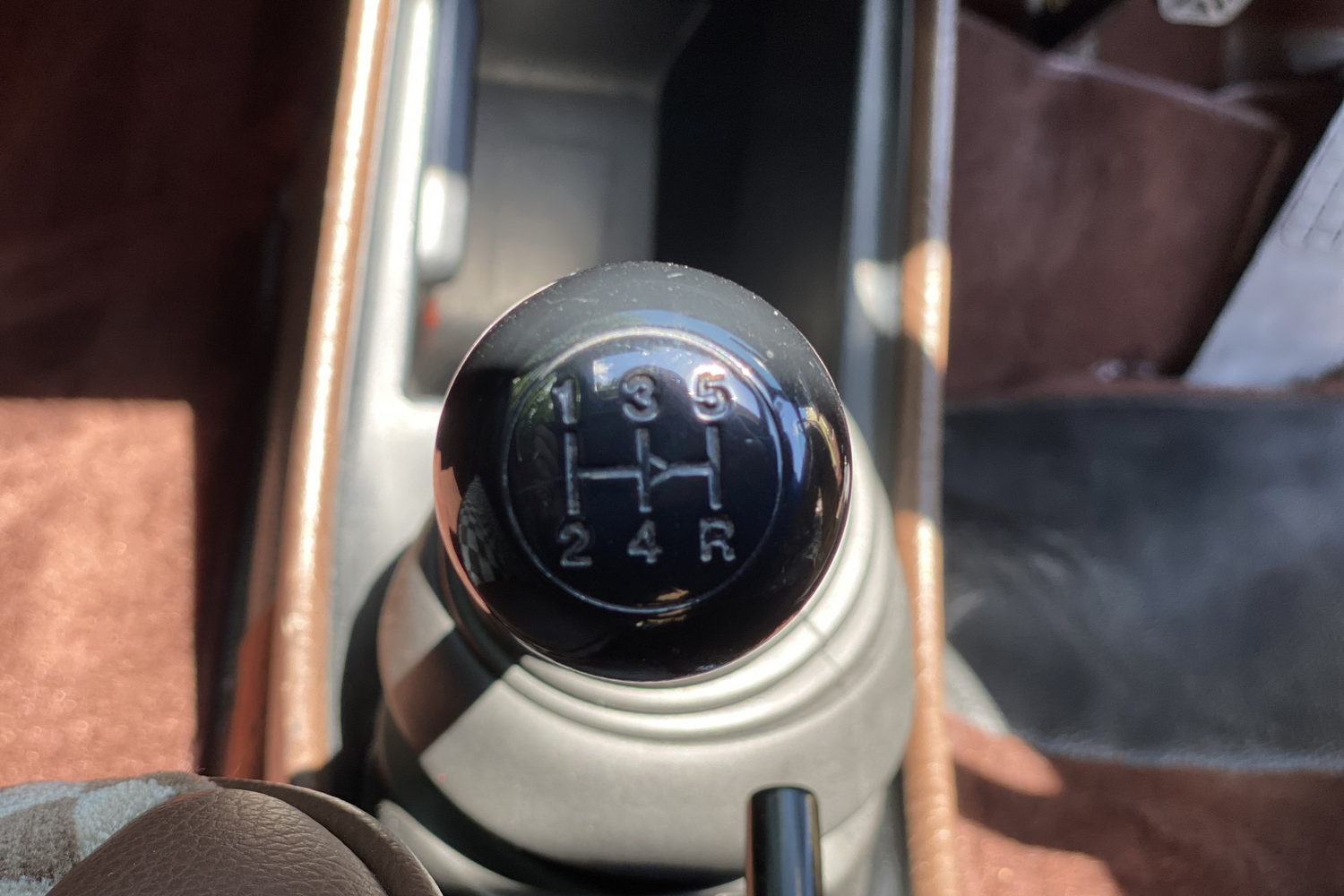 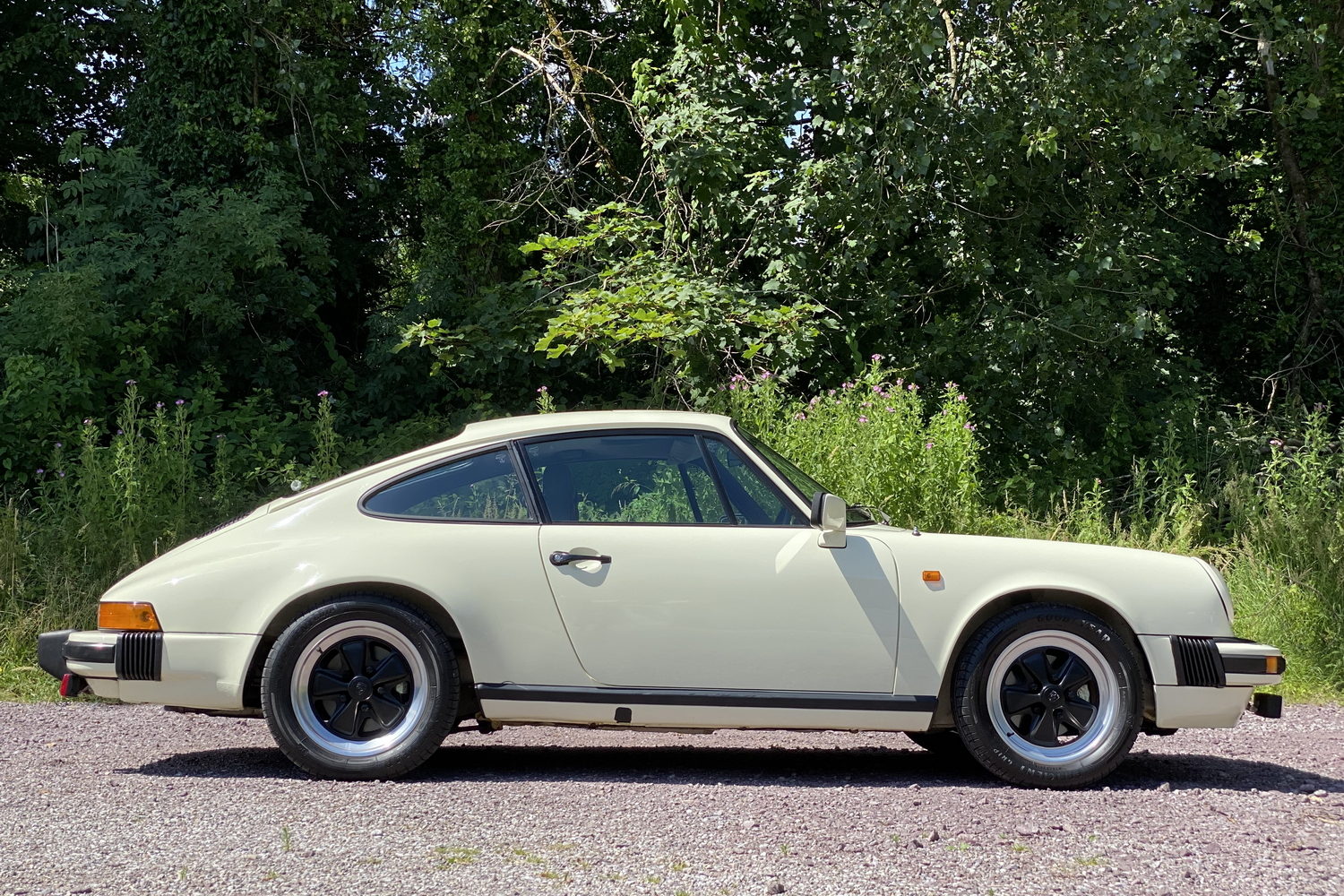 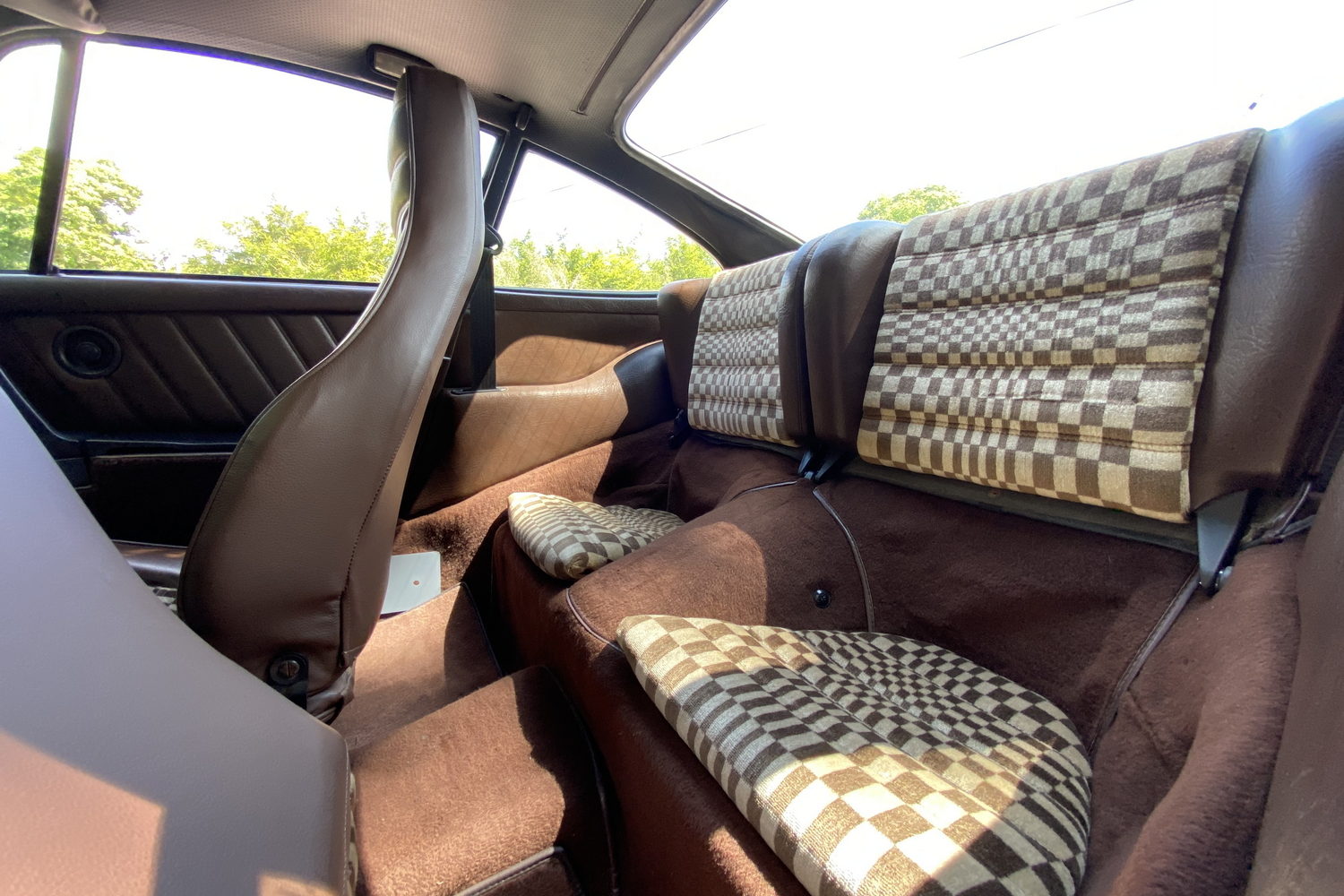 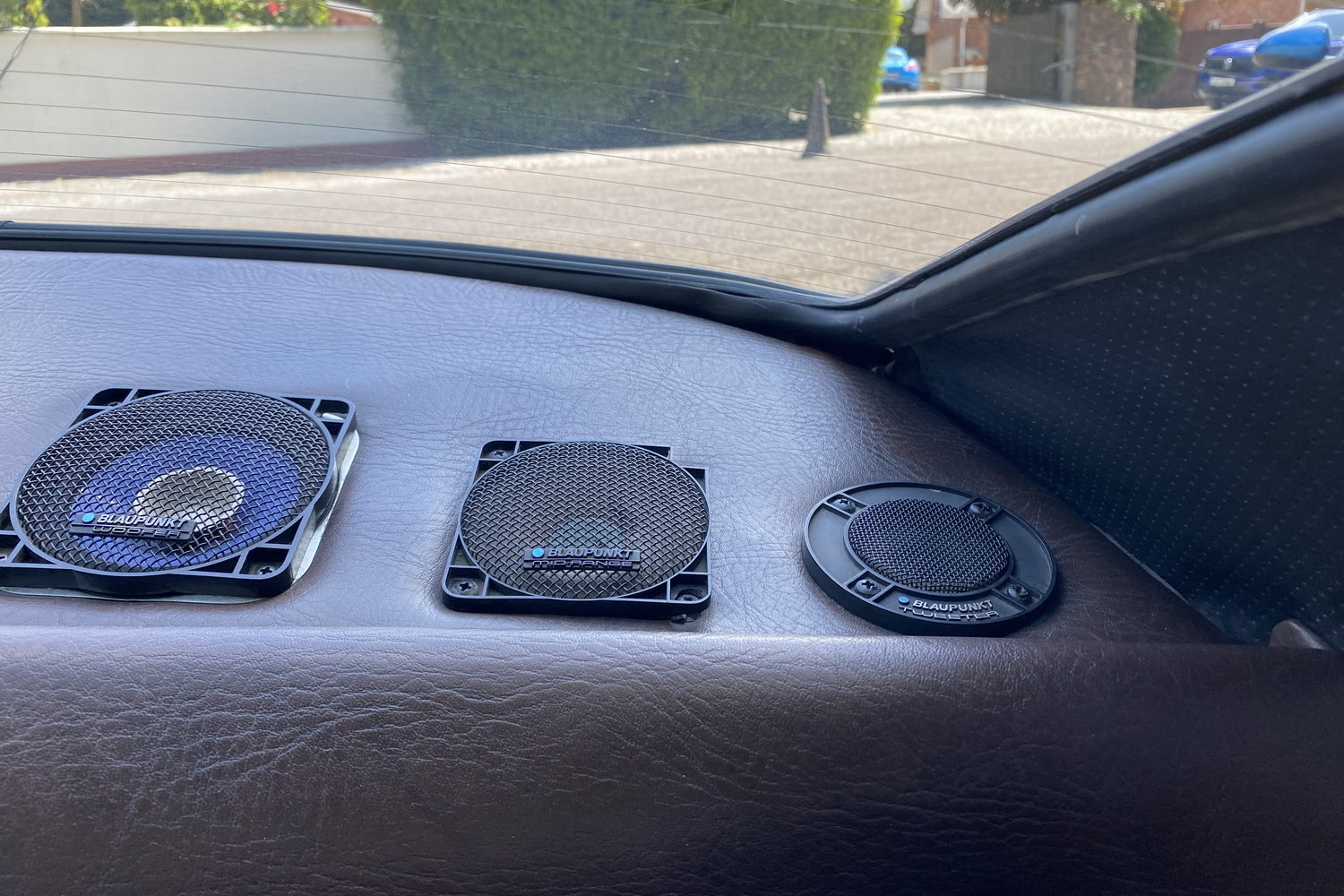 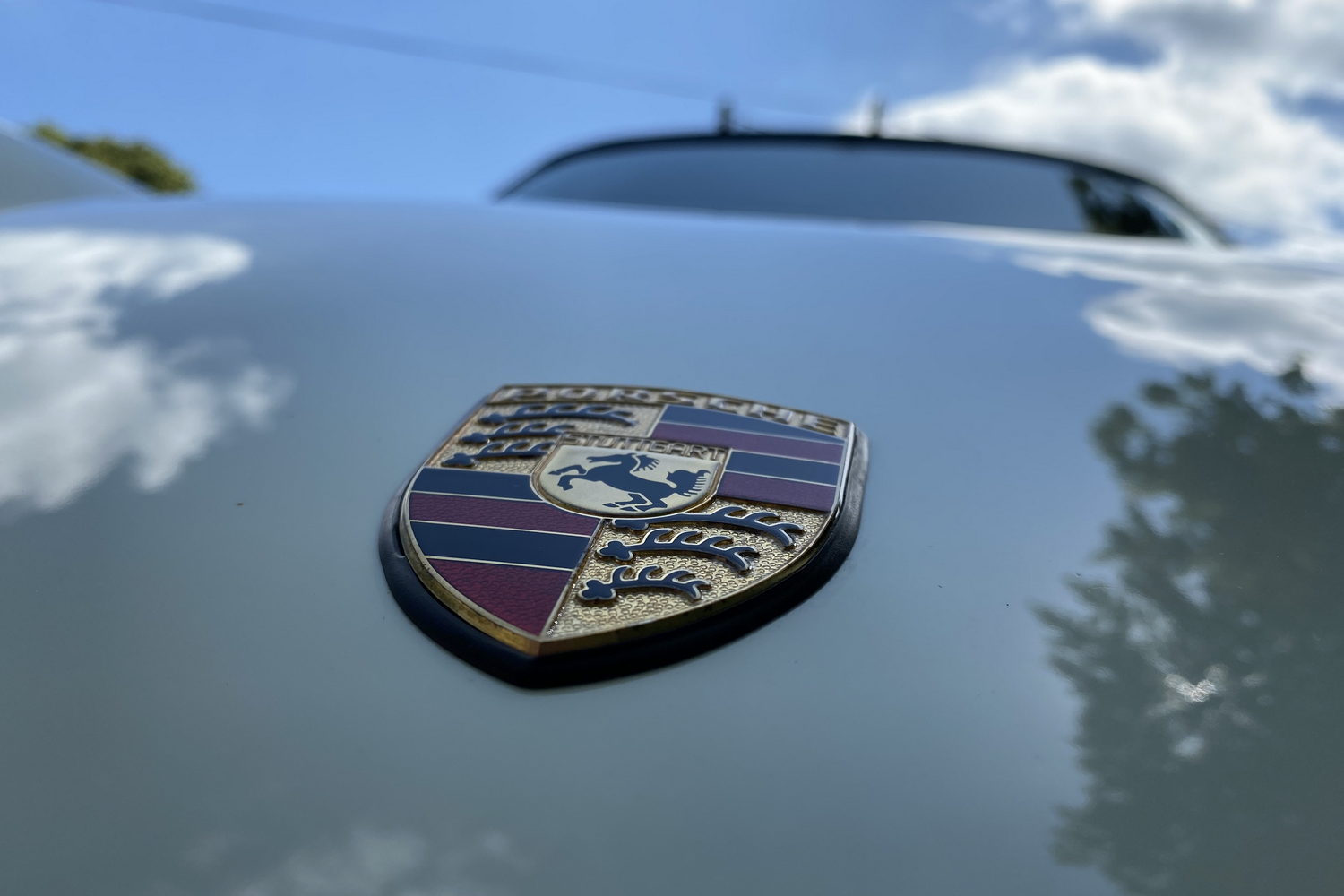 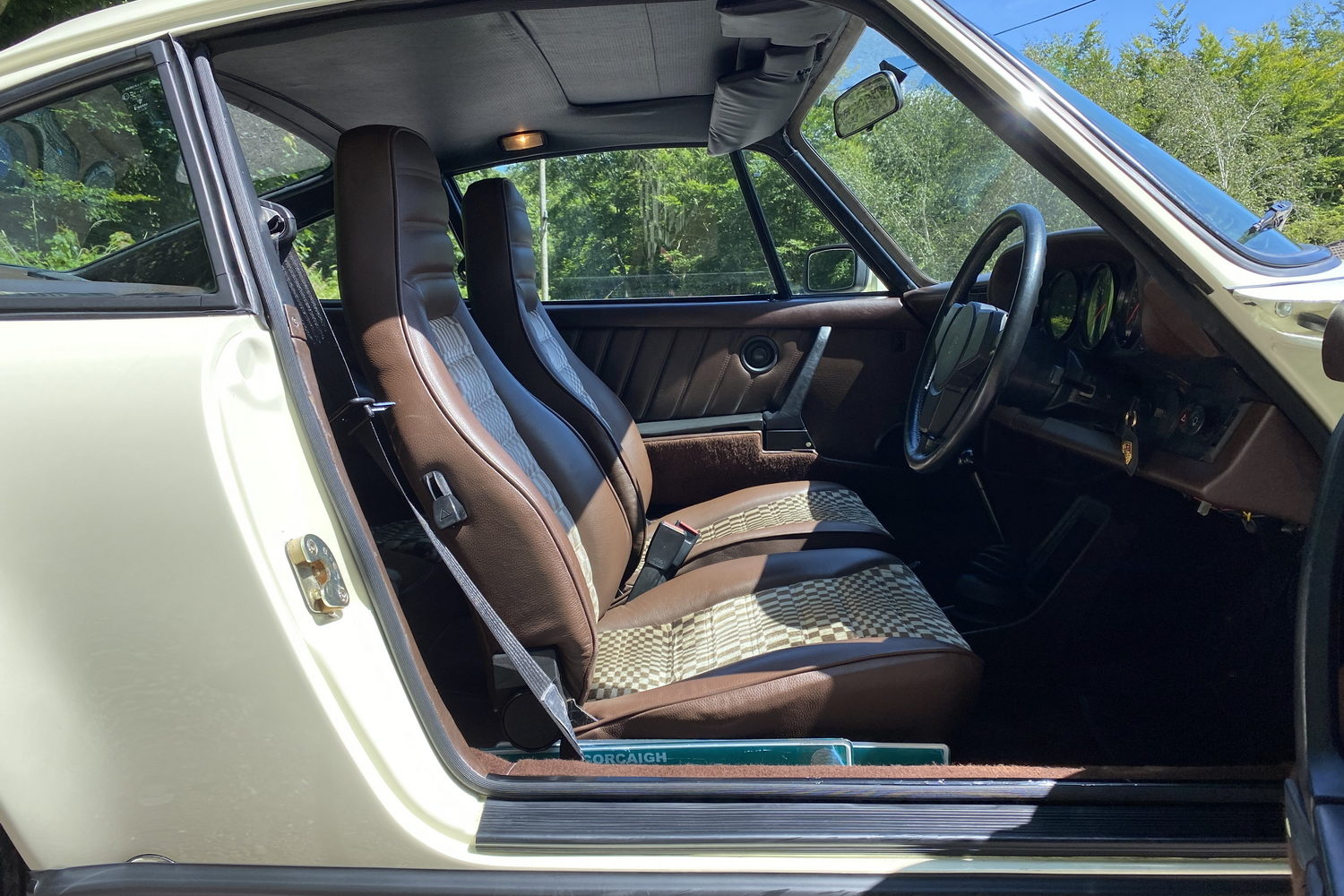 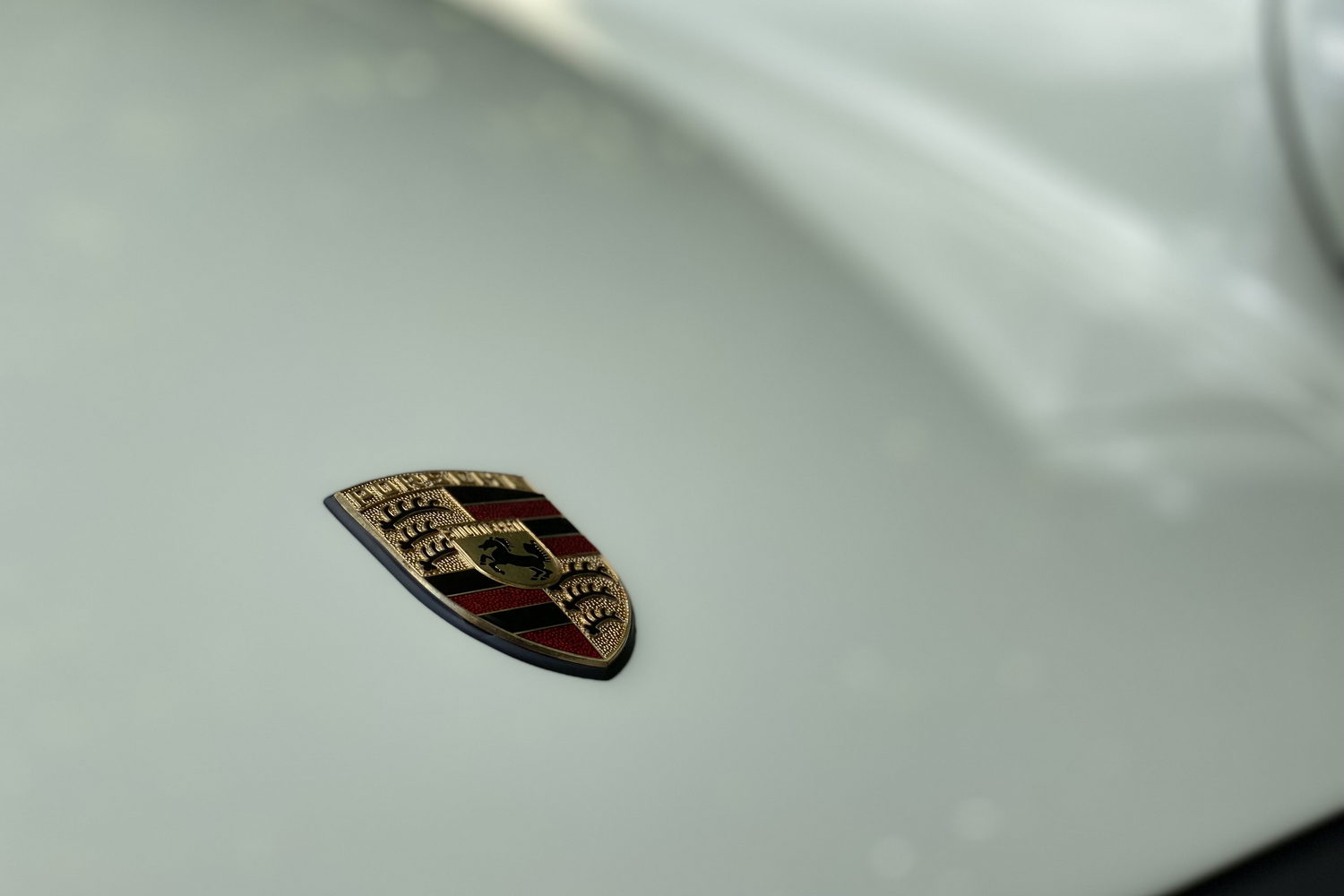 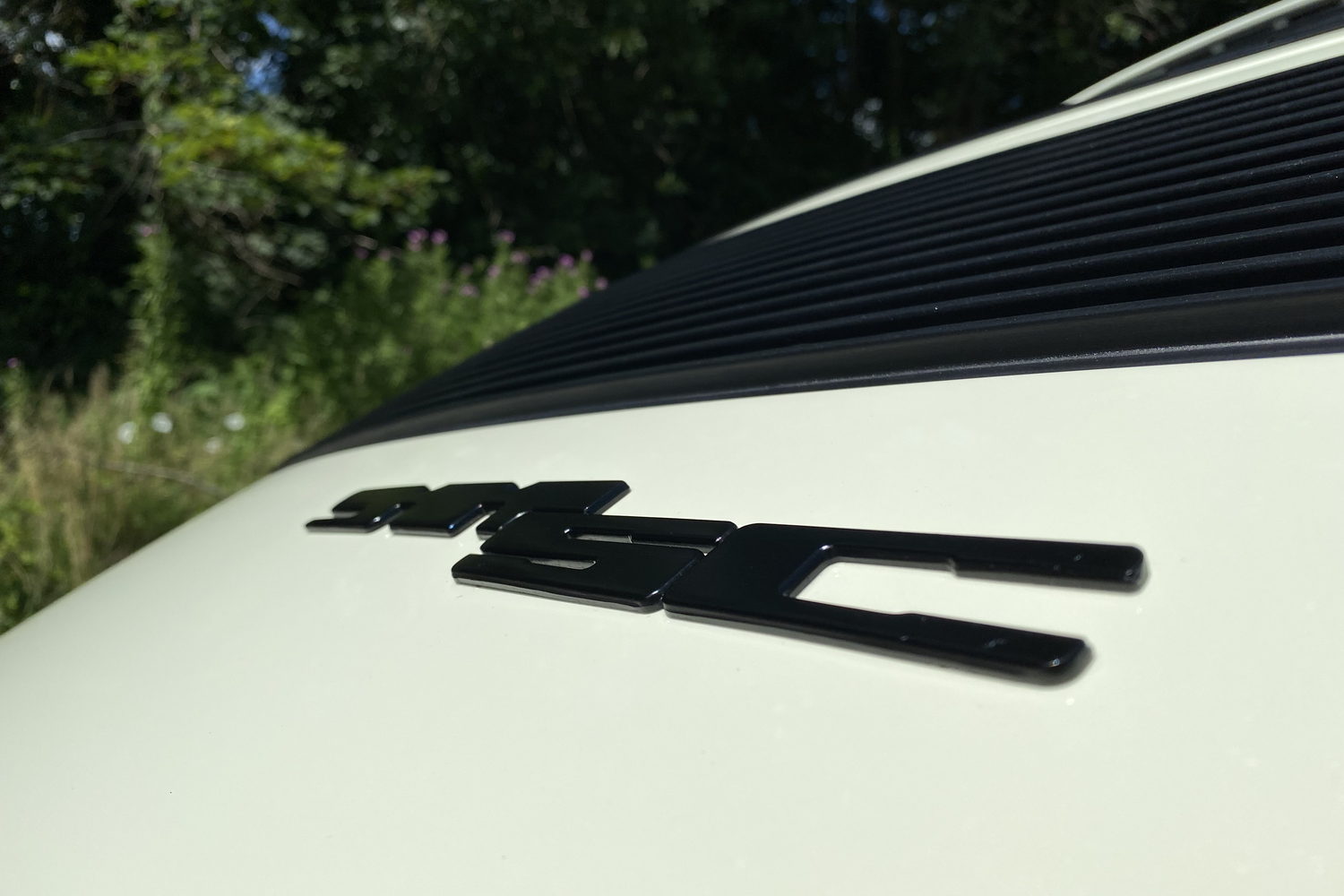 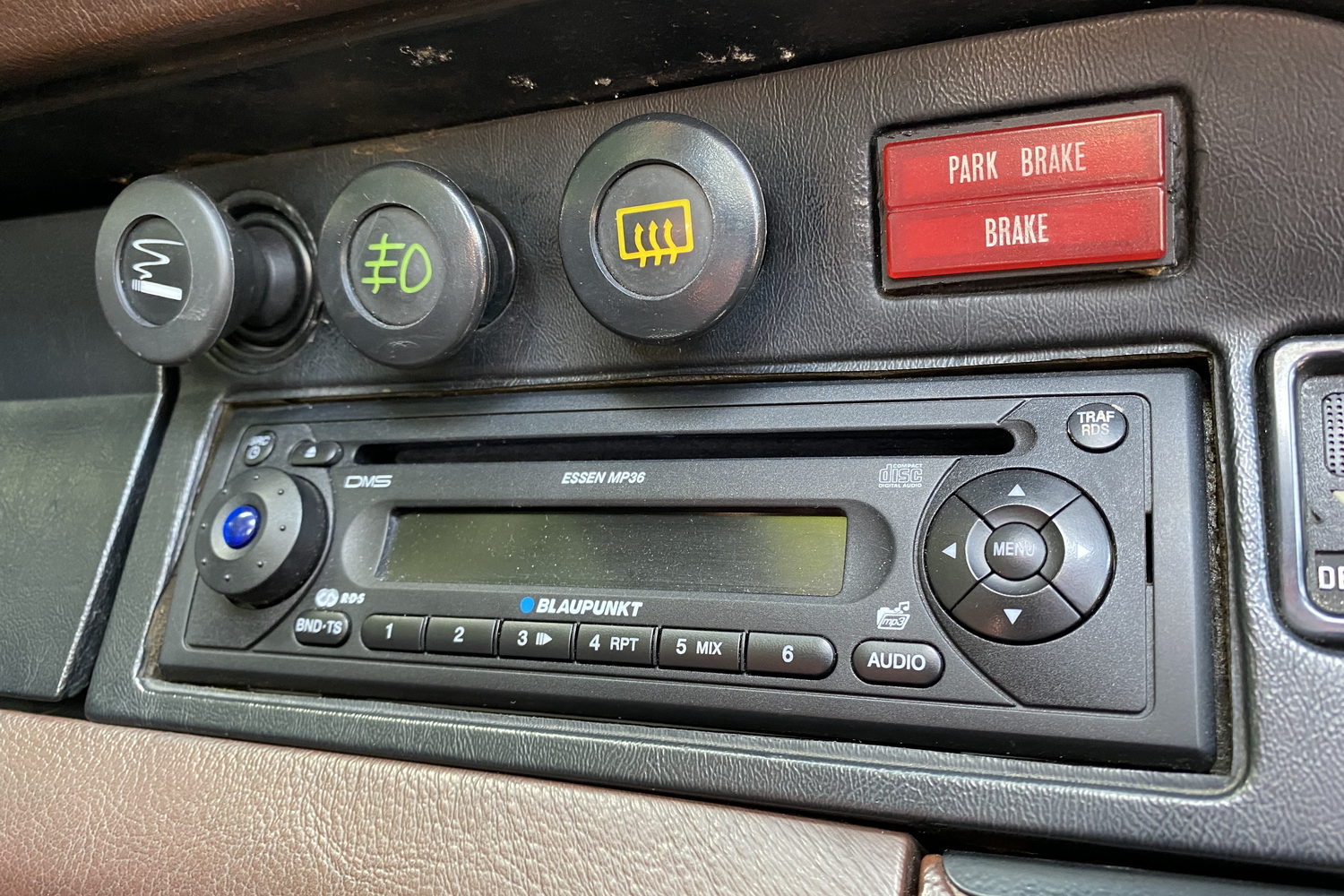 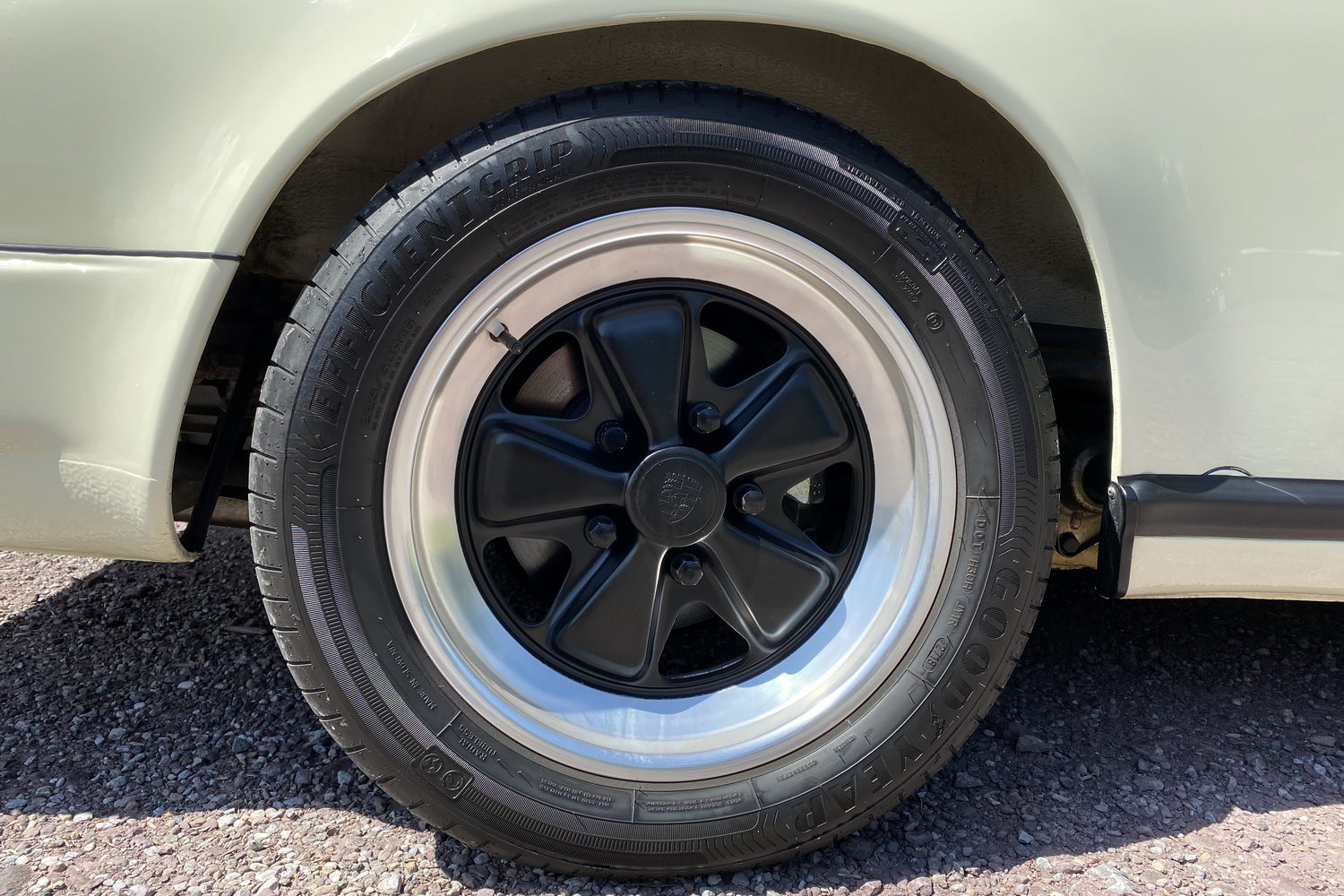 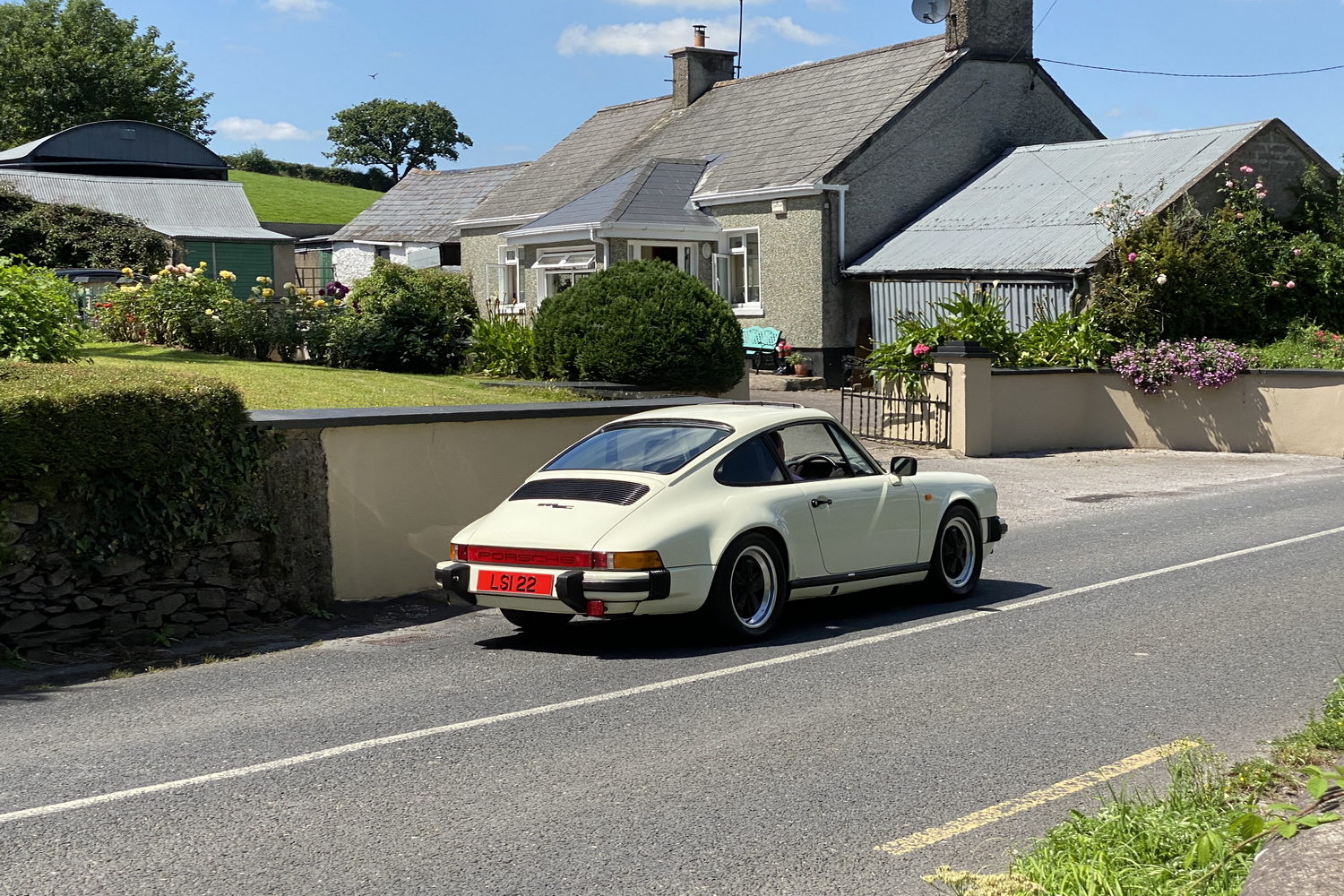 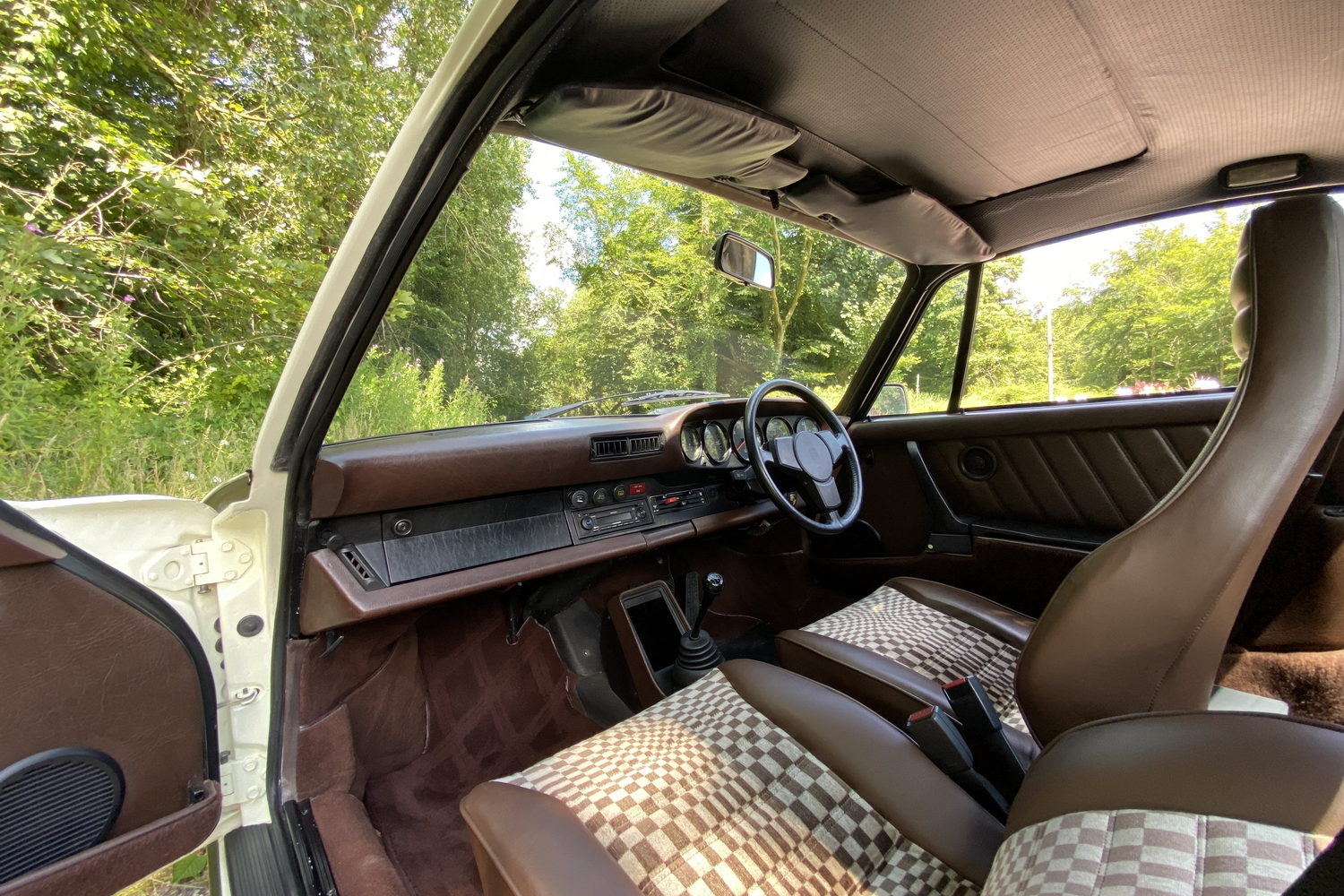 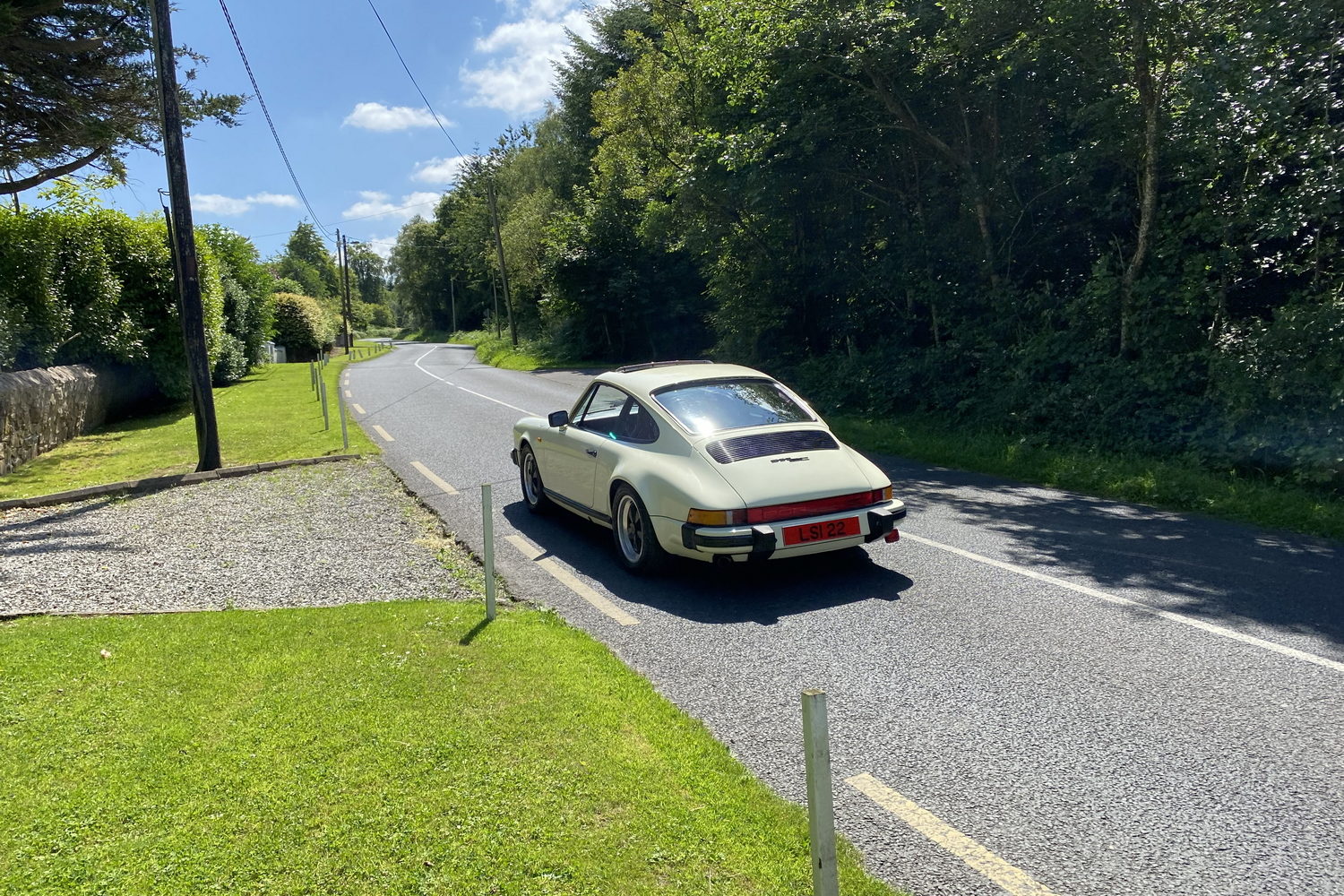 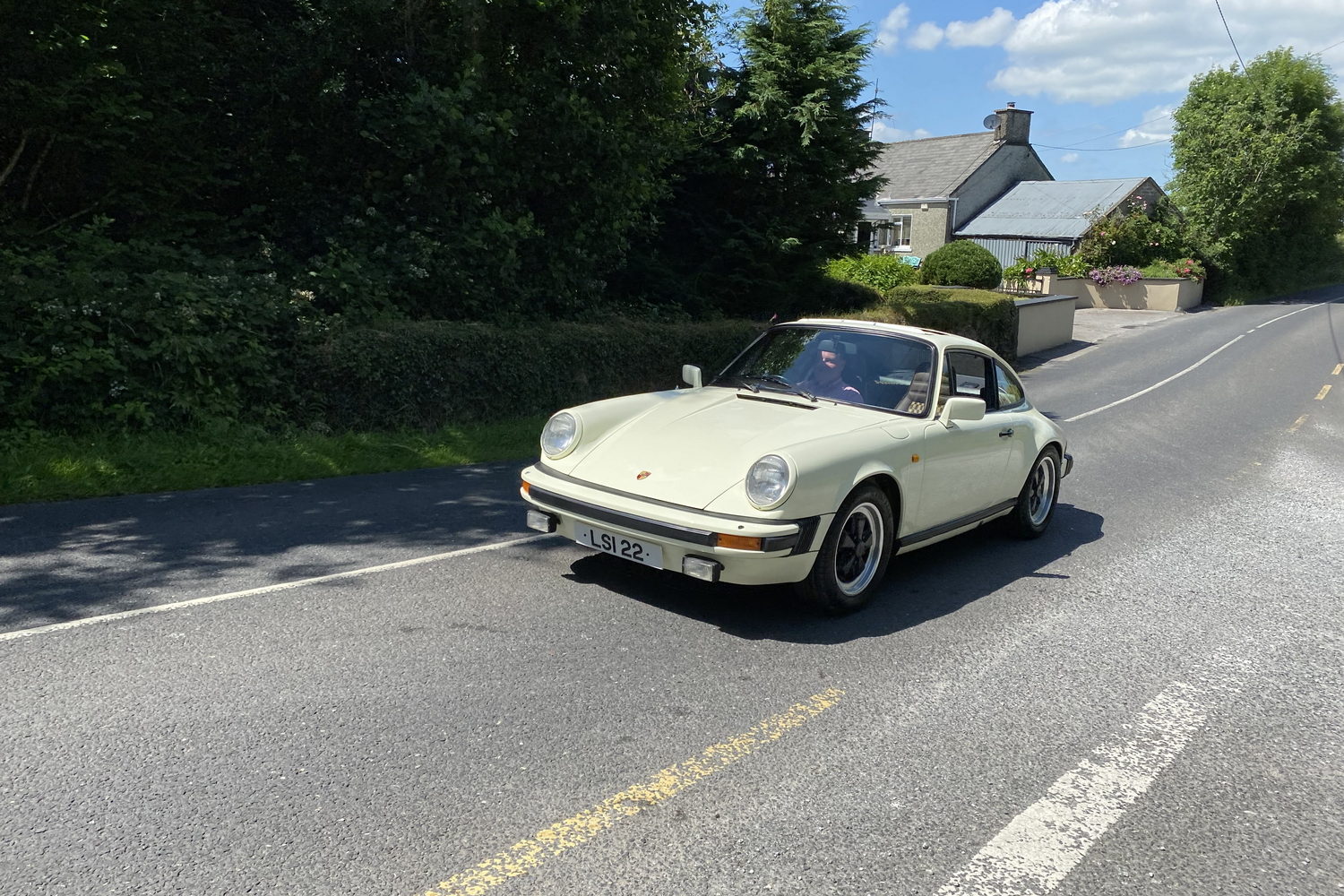 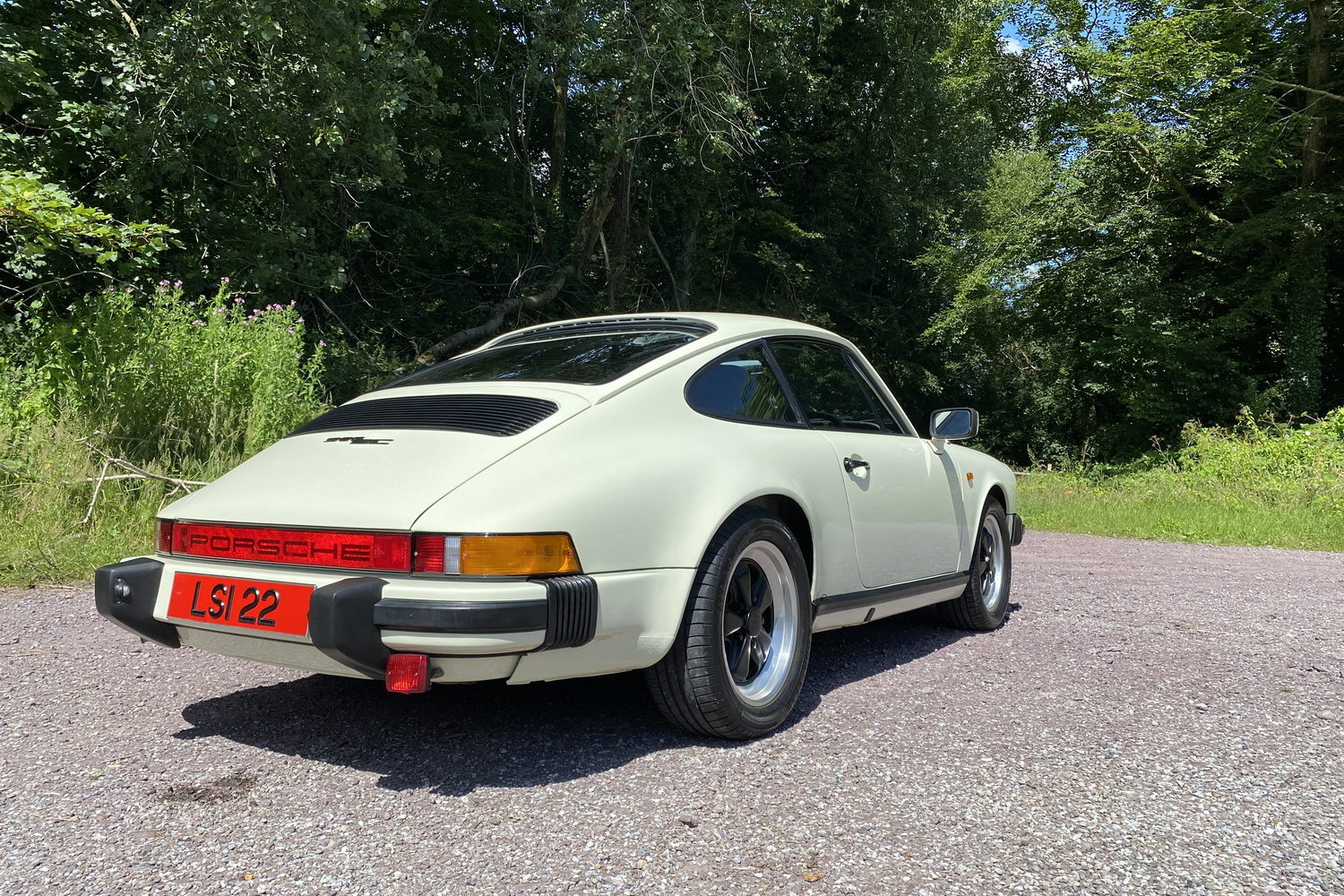 The 911 saved Porsche in the eighties. This one kick-started Dublin's redevelopment in the same decade.

Any Porsche 911 is a car of some significance. While it's a model that has evolved, dramatically, from its simple origins in the 1960s, the 911 has always been a touchstone of car design and vehicle engineering. That timeless shape proves that people like consistency, if nothing else, in car styling. The sheer strength and rectitude of the mechanical parts prove that people also like consistency of reliability.

It almost wasn't so. Back in the late 1970s, Porsche had three models on the go - the big, V8-engined 928, which had just won a European Car of the Year award; the more affordable, four-cylinder 944 coupe; and the 911, then a mere stripling of a teenager. And it was the 911 that was on the chopping block.

Taking up the story in his memoirs, Peter W. Schutz - president and CEO of Porsche at the time - points out that: "The decision to keep the 911 in the product line occurred one afternoon in the office of Dr. Helmuth Bott, the Porsche operating board member responsible for all engineering and development. I noticed a chart on the wall of Professor Bott's office. It depicted the ongoing development schedules for the three primary Porsche product lines: 944, 928 and 911. Two of them stretched far into the future, but the 911 program stopped at the end of 1981. I remember rising from my chair, walking over to the chart, taking a black marker pen, and extending the 911 program bar clean off the chart. I am sure I heard a silent cheer from Professor Bott, and I knew I had done the right thing. The Porsche 911, the company icon, had been saved, and I believe the company was saved with it."

The 911 that Schutz and Bott saved that day - that saved Porsche, which allowed it to grow into the most profitable and successful sports car firm in history, and a modern-day lynchpin of the vast Volkswagen Group - was this 911. The 911 SC.

SC stands for Super Carrera, which indicates that it received an all-aluminium version of Porsche's flat-six engine, now with fuel injection from Bosch and more dependable than the previous magnesium crankcase engine design. It developed 180hp originally, but by the time 'our' 1982 911 SC was built, it had been boosted to 204hp. It was also the first 911 to feature a fully convertible version, rather than the Targa model of the 1970s, which just had a removable roof panel.

Some 58,914 911 SCs were manufactured, which made it quite the success story, and while Porsche wouldn't be out of the financial woods until the mid-1990s, it certainly helped to build a more solid fiscal footing.

Quite apart from that historical context, this particular 911 has an interesting history all of its own. Just as the 911, in general, saved Porsche and allowed it to build for the future, there was something similar going on in the mind of this one's owner when it was new. Imagine the scene: it's 1982 in Dublin's docklands. Things are, to put it mildly, not great. Unemployment is high, as is emigration, and the docklands themselves are crumbling, something of a wasteland. One man, though, sees opportunity. An opportunity not merely for making a fast buck - although he's good enough at that - but to bring some fun, as well as investment, to Dublin. That man is Harry Crosbie, and it's he who kicked off the redevelopment and regeneration of Dublin's east end with the Point Depot, turning the train and tram shed into one of Ireland's best and best-known music venues. This is Harry's 911.

Well, not any longer. As the man himself tells CompleteCar.ie during a brief, snatched phone call between meetings: "Porsches are for young men. These days I don't drive expensive cars anymore, I drive pretty simple cars. Back then though, I was young and I had no sense. I liked cars and I just thought that was an extremely cool car. I'm not a fast driver - then or now - but I just like a properly made car, and I just loved the quality of it. It was a beautiful car. All I can say is whoever buys it now is a lucky man, it enhanced my life then and it'll enhance his life now."

And then he's gone, with a click of the line going dead, off to his next appointment. Business never sleeps, and it certainly doesn't have the spare time to spend chatting about old Porsches.

Thankfully, from my perspective, Wayne McCarthy of Edgewood Automotive in Fermoy has a bit more time to chat, and more importantly has the keys to 'LSI 22'. It sits baking in the mid-July heatwave, with the bright sunlight beautifully showing off its 'Chiffon White' paintwork. It's not a colour that I would automatically choose for a 911 myself, but on this sunny day, it looks gorgeous. Wayne is best known, recently, for taking on a franchise for Morgan sports cars in Ireland, but he also deals in classic cars of all marques, and is something of a Porsche fanatic.

"It's been restored by Classic Carreras in Limerick, who are the foremost specialist for air-cooled Porsches in Ireland" Wayne tells me, dangling those keys tantalisingly out of my reach. "It was a sympathetic restoration, in the sense that it didn't need a whole lot done to it. So you can see there's still a little patina on some of the surfaces, the panel gaps are era-appropriate, and there's even an original set of Porsche-branded luggage in the nose. She has the proper, original Fuchs alloys, and even the original Blaupunkt stereo with six speakers across the rear."

The restoration has been so sympathetic that the door handles have actually been left untouched. You can still see the gentle wear and tear of forty years on them, simply because replacement handles don't come in the same finish as the original, and to a true Porsche believer, they just wouldn't look right.

Driving a bit of history

Now, at last, I can sample it for myself. The keys are dropped into my hand and, in spite of its age and the baking heat of the day, the air-cooled flat-six fires on the first turn of the starter. It settles into that familiar, chattery idle as I settle myself into the comfortable driver's seat, with its brown chequered upholstery (known as the 'Pasha' pattern to Porsche enthusiasts) and search for first gear. This takes a moment or two - the gear lever for the five-speed gearbox is long and slightly vague in its motions, and these old '915' gearboxes can baulk and grind at times, so you need firm dips of the clutch and a gentle one-two motion when shifting.

I ease out between the high hedgerows of the back road to Fermoy and, with second gear firmly engaged, allow a little bit of extra throttle opening. The flat-six responds instantly, eagerly. We've become attuned to the dulled throttle responses of modern turbocharged engines (even that of the current 911), but this is almost closer to the response of an electric motor - it's always ready to rev and has absolutely no difficulty hauling the 911's weight around. In spite of the car's build quality, this SC actually tips the scales at just 1,100kg - about the weight of a new Ford Fiesta, so you'd better believe that 204hp is more than sufficient power.

Soon, we're easily humming along at the legal 100km/h limit. It's bone-dry today, so I'm not too worried about this pre-stability-control car's potential to fling me backwards through one of those hedgerows. Old 911s will do that, especially in the wet, if you're careless with your cornering, but the reputation of being a ditch finder is far more down to the driver than the car. As long as you go slow-in, fast-out you're fine, especially on a day like today.

The unassisted steering constantly wiggles and fidgets in your hand, buzzing with information like the bees in the hedgerows that are now whipping past. At first, mindful of both age and value, I'm tentative and overly gentle, but soon realise that the combination of that chatty steering and tactile chassis responses mean that you can start to relax and enjoy yourself - the 911 SC corners beautifully, and you soon start to use the weight of the engine, slung out behind the rear axle, to actually help you pivot into corners. With the gorgeous, metallic thrash as you accelerate up through the lower gears (clutch, one-two, clutch...) it's a thoroughly addictive experience. Even though, perhaps especially because, the speeds are actually quite low, you can just enjoy yourself and forget about the mess that the wider world has become since 1982.

Want to live the Harry Crosbie lifestyle for yourself? Well, you'll need somewhat more than €100,000 to prise this 911 away from Edgewood Automotive's driveway, and that's assuming that Wayne can be convinced to part with it at all. Not a bad return on the original investment, that.

Given how hopeless Ireland's economic position seemed in 1982, perhaps there's a resonance with today, as we look to finding ways to escape the clutches of the pandemic, and deal with the onrushing tide of climate change. Keep an eye out for people in off-white Porsches with ideas in their eyes. They could be the ones to listen to...