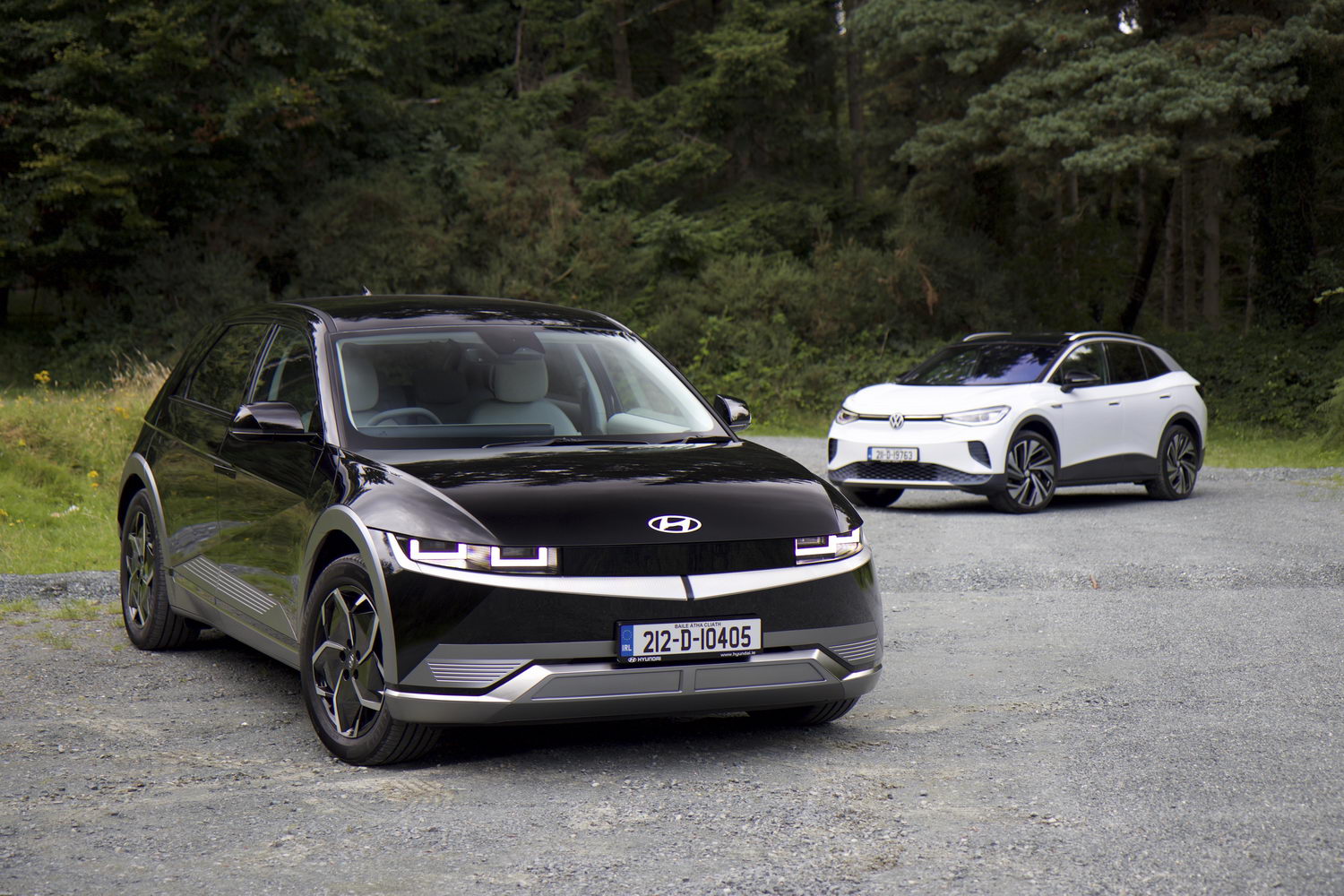 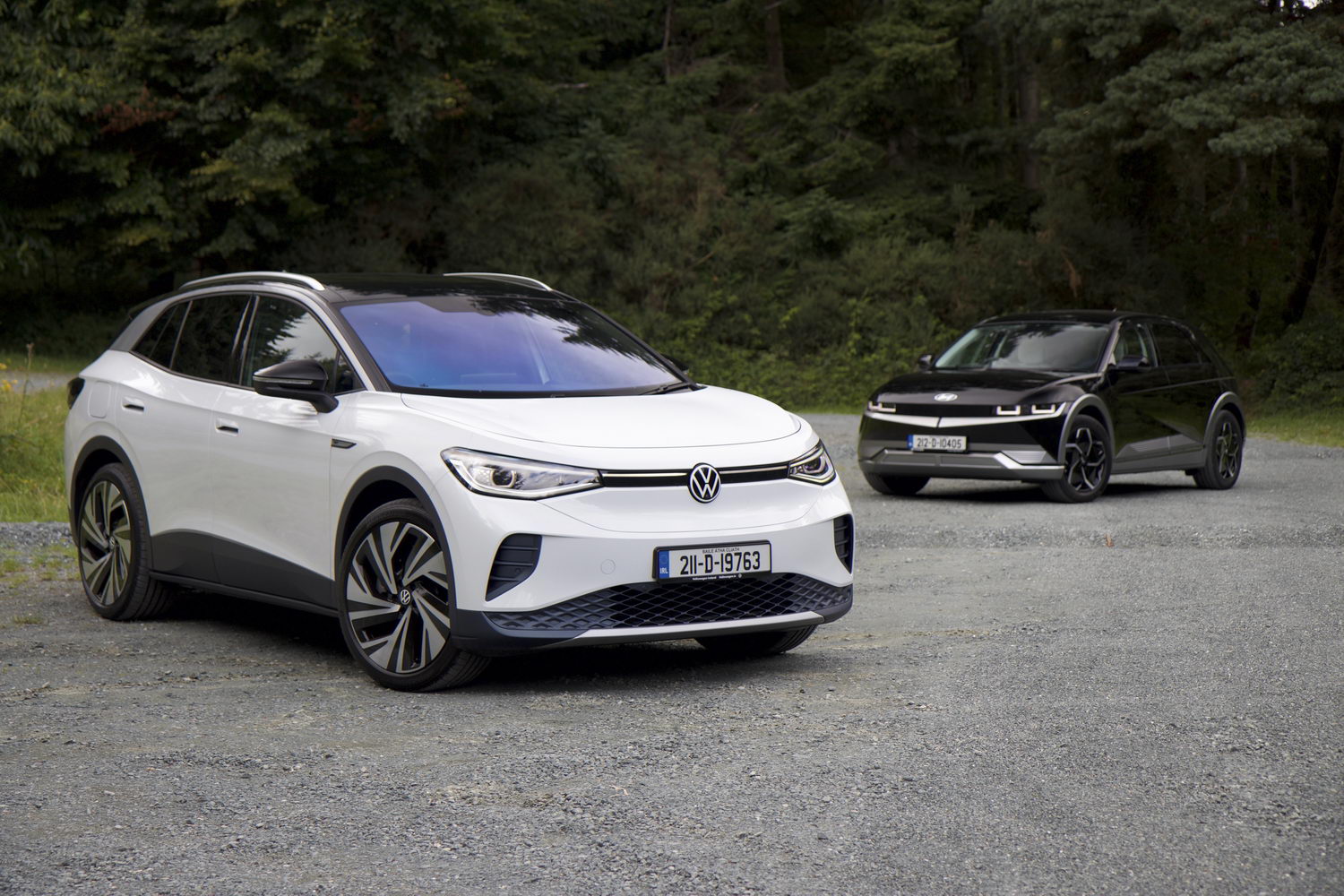 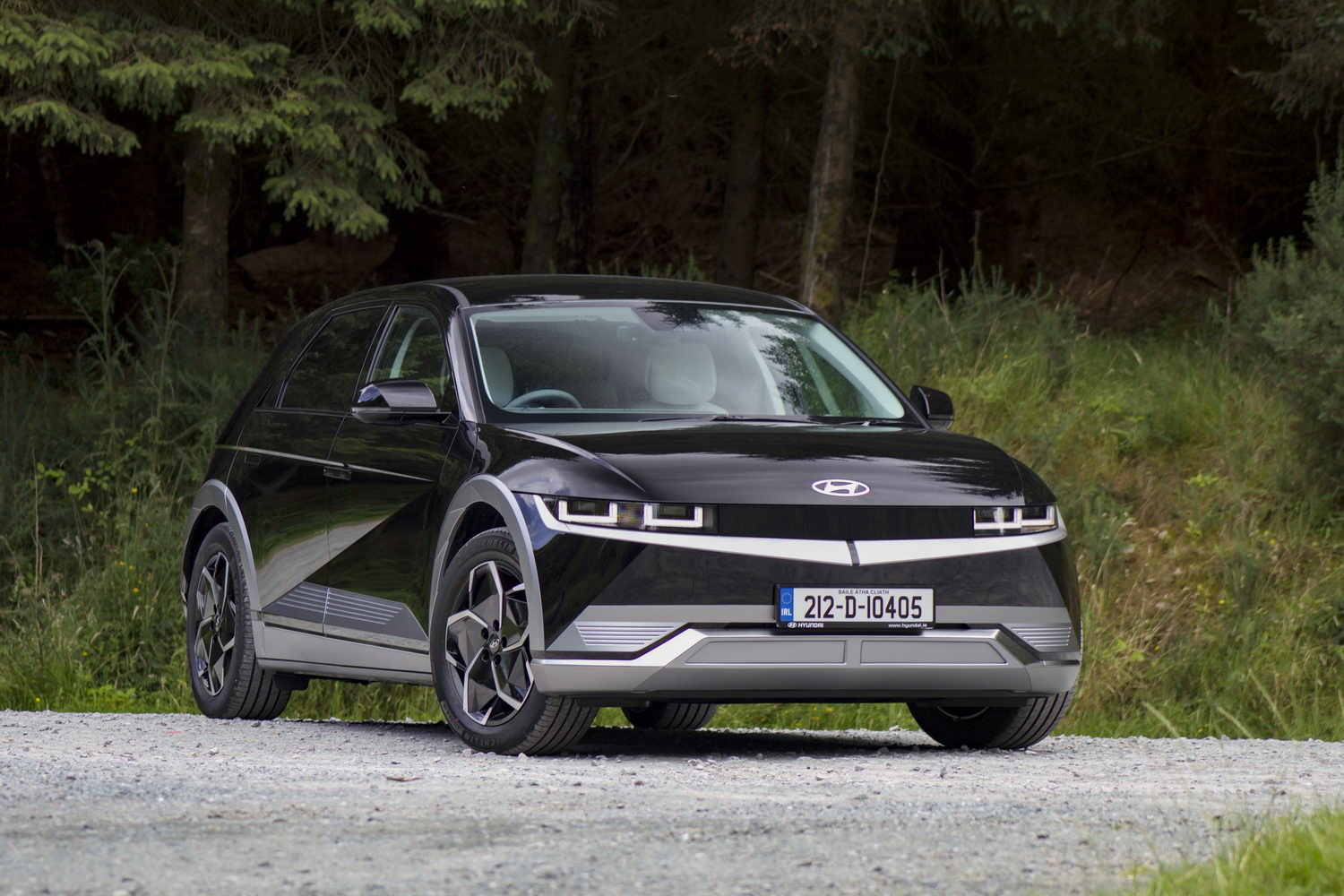 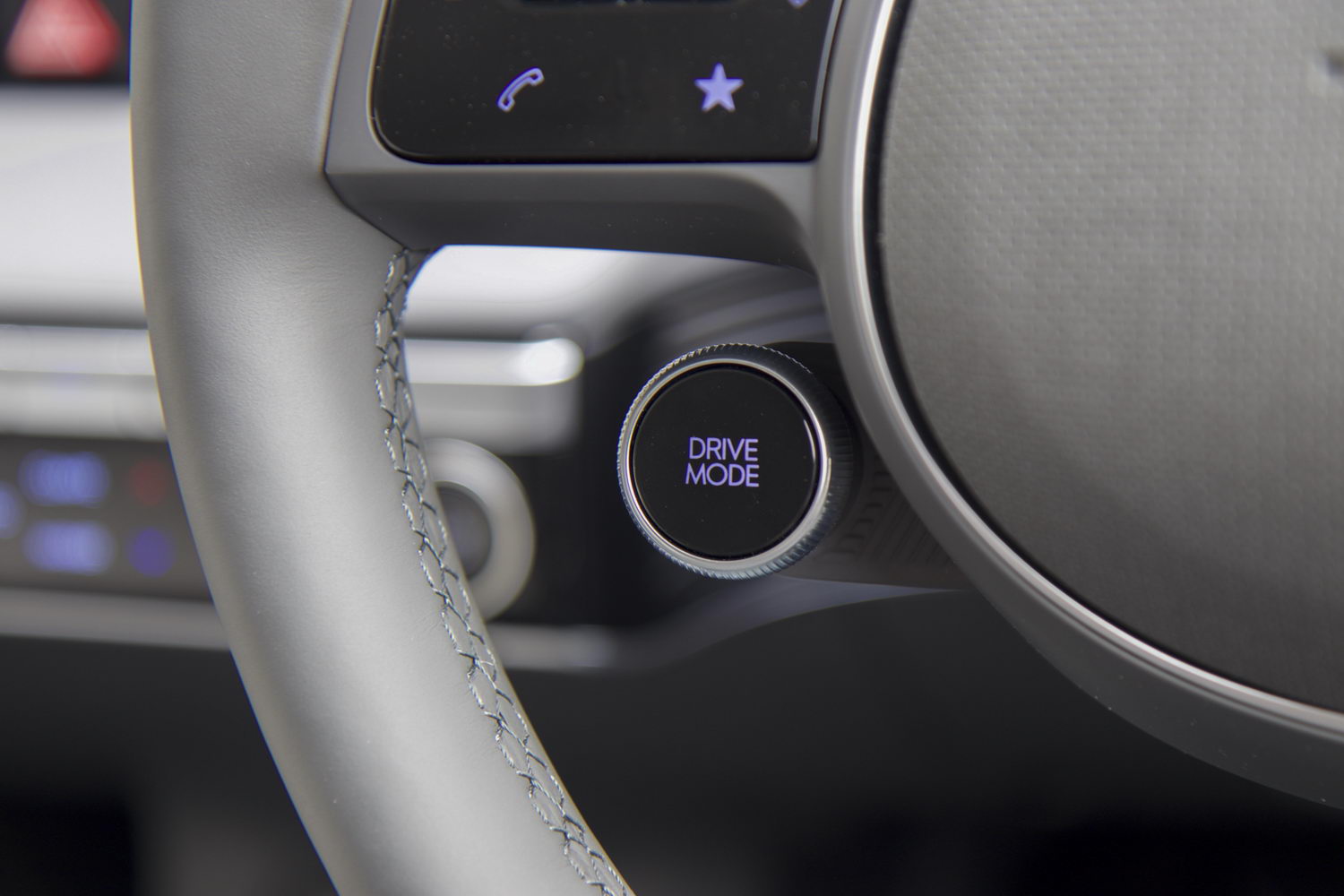 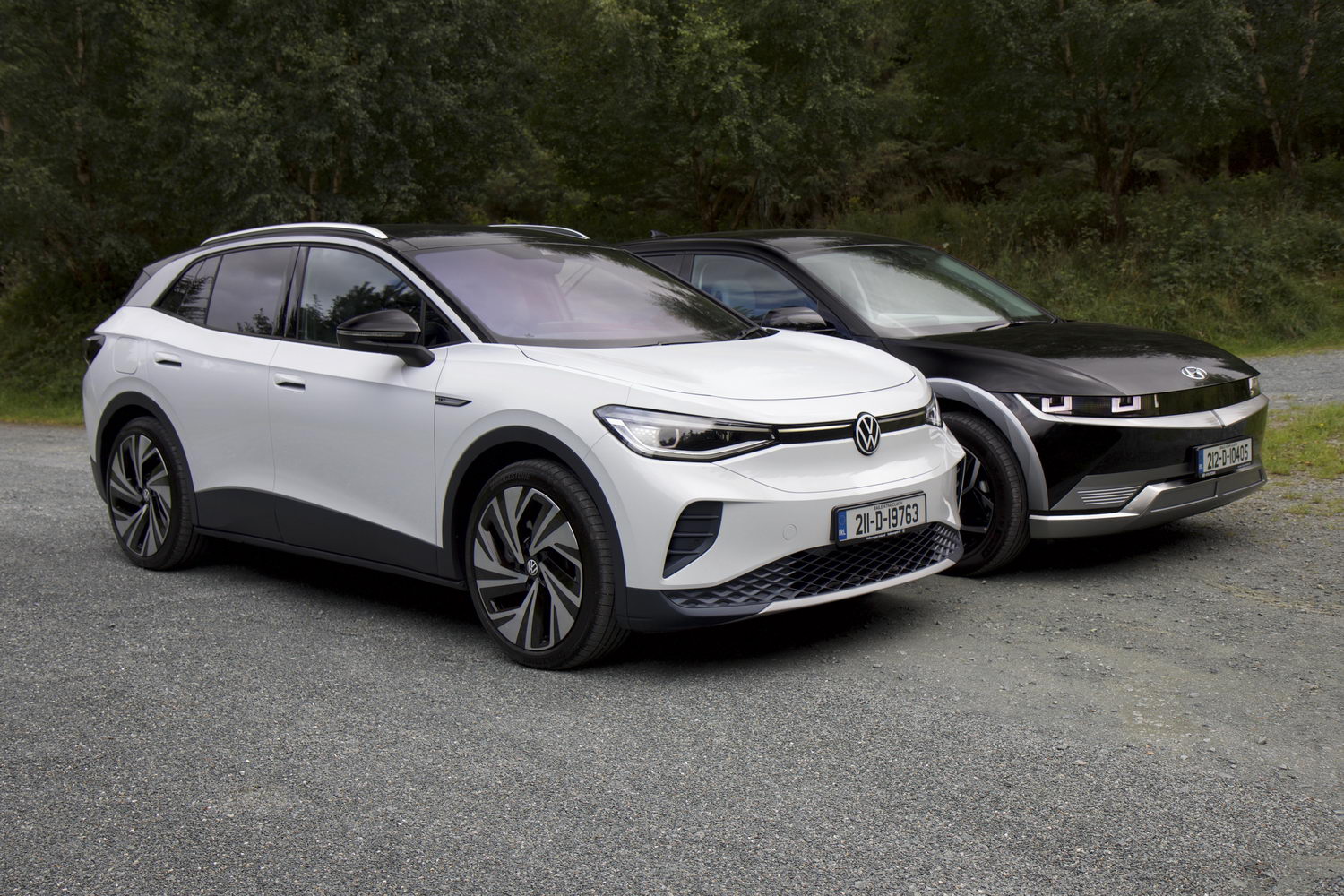 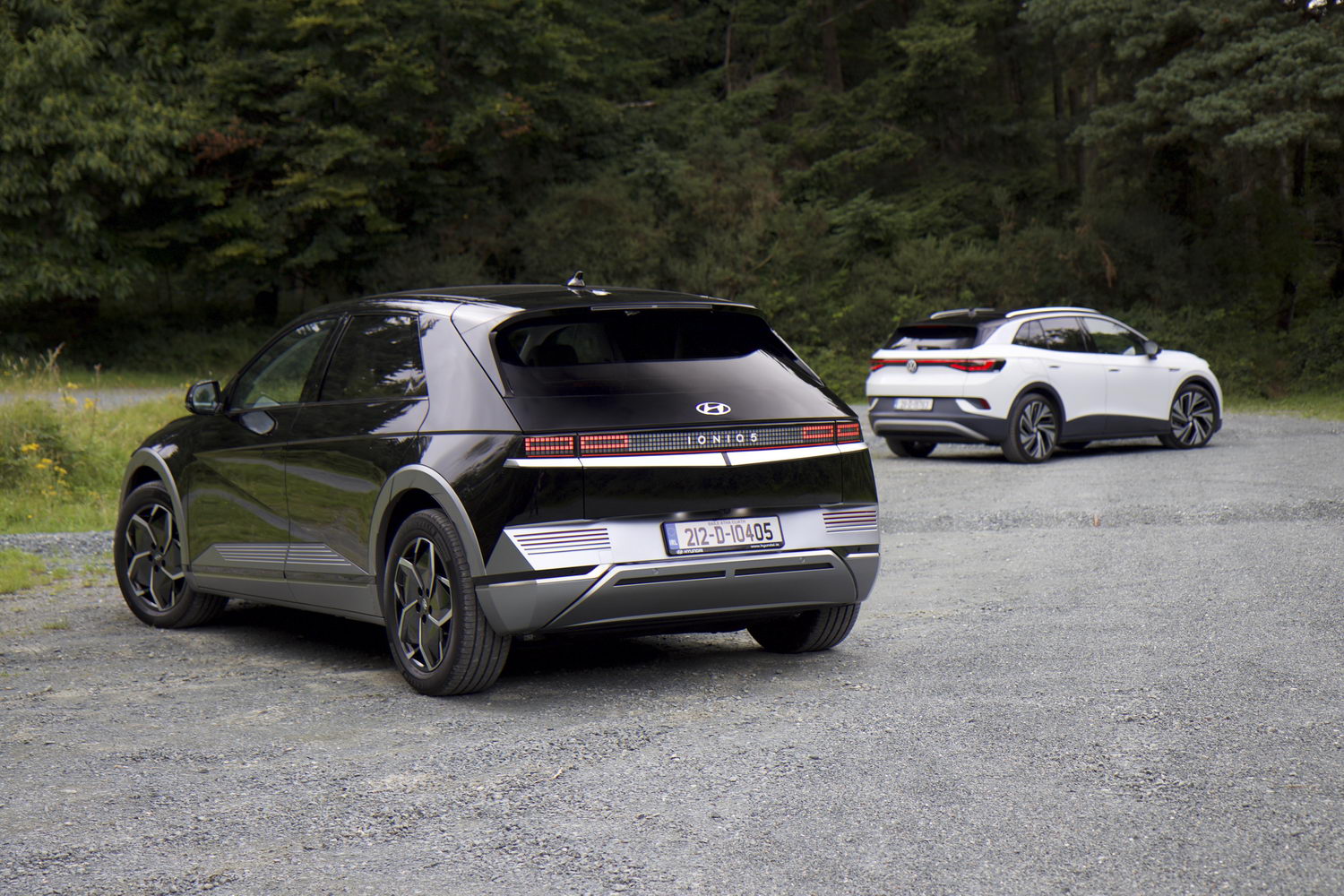 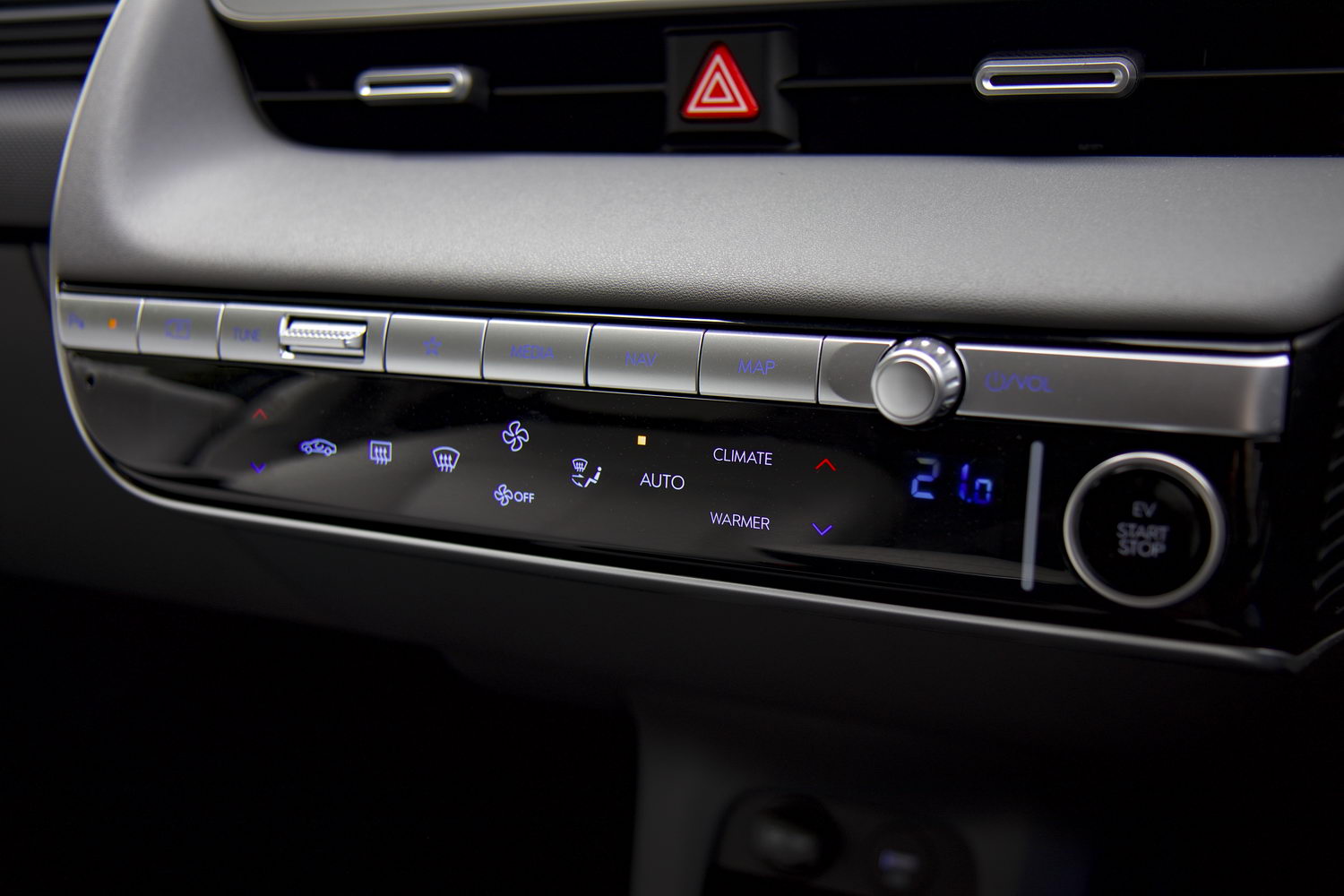 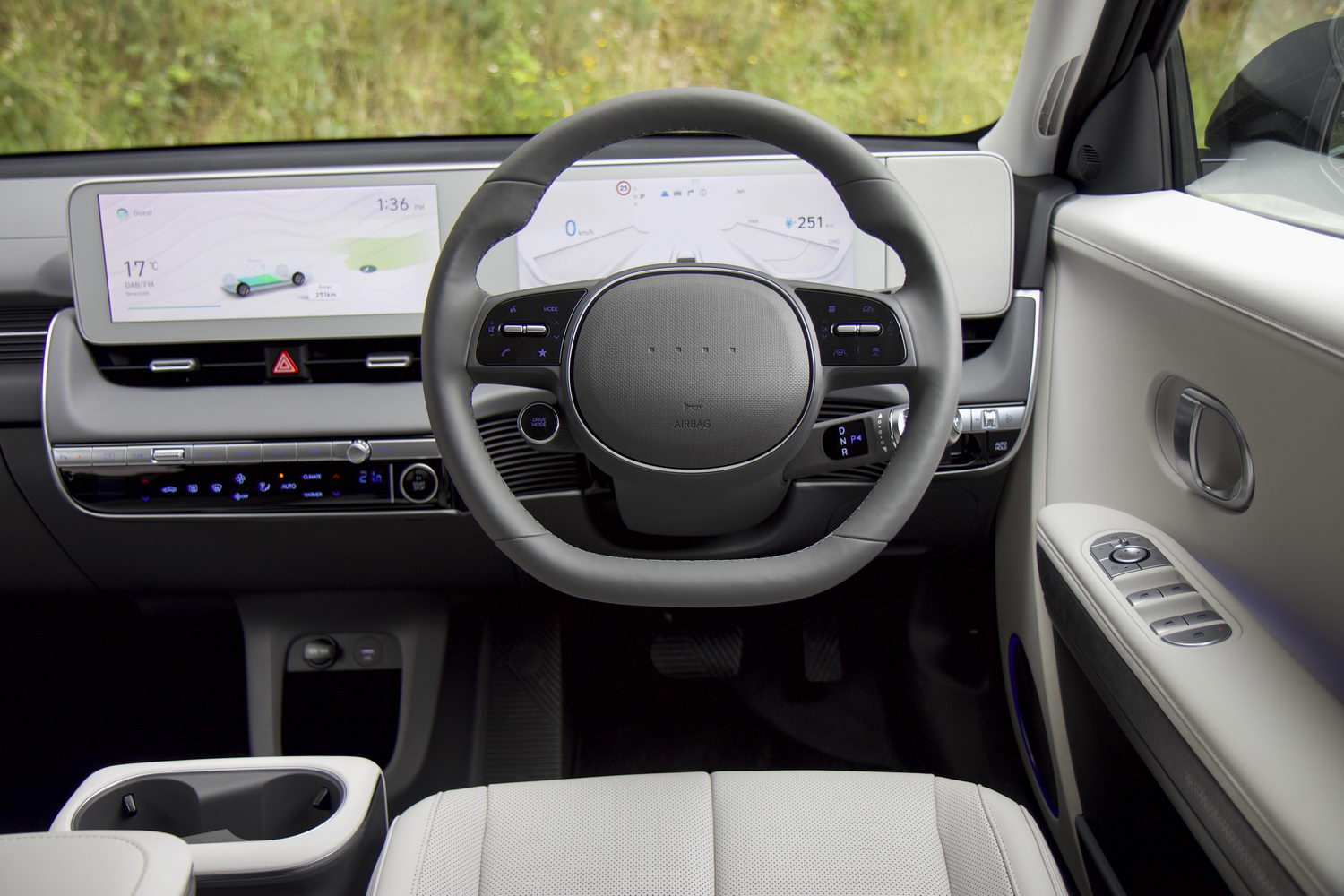 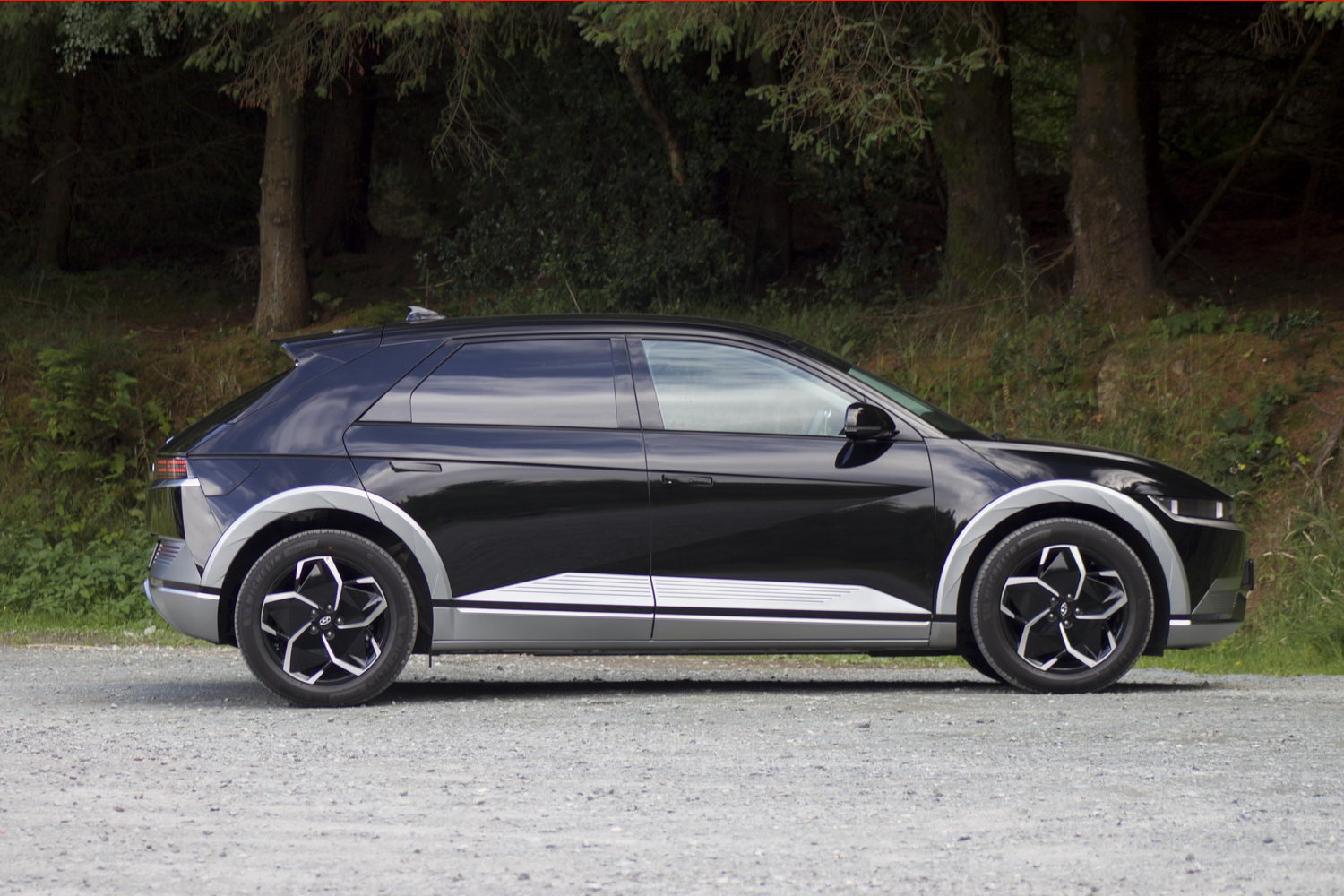 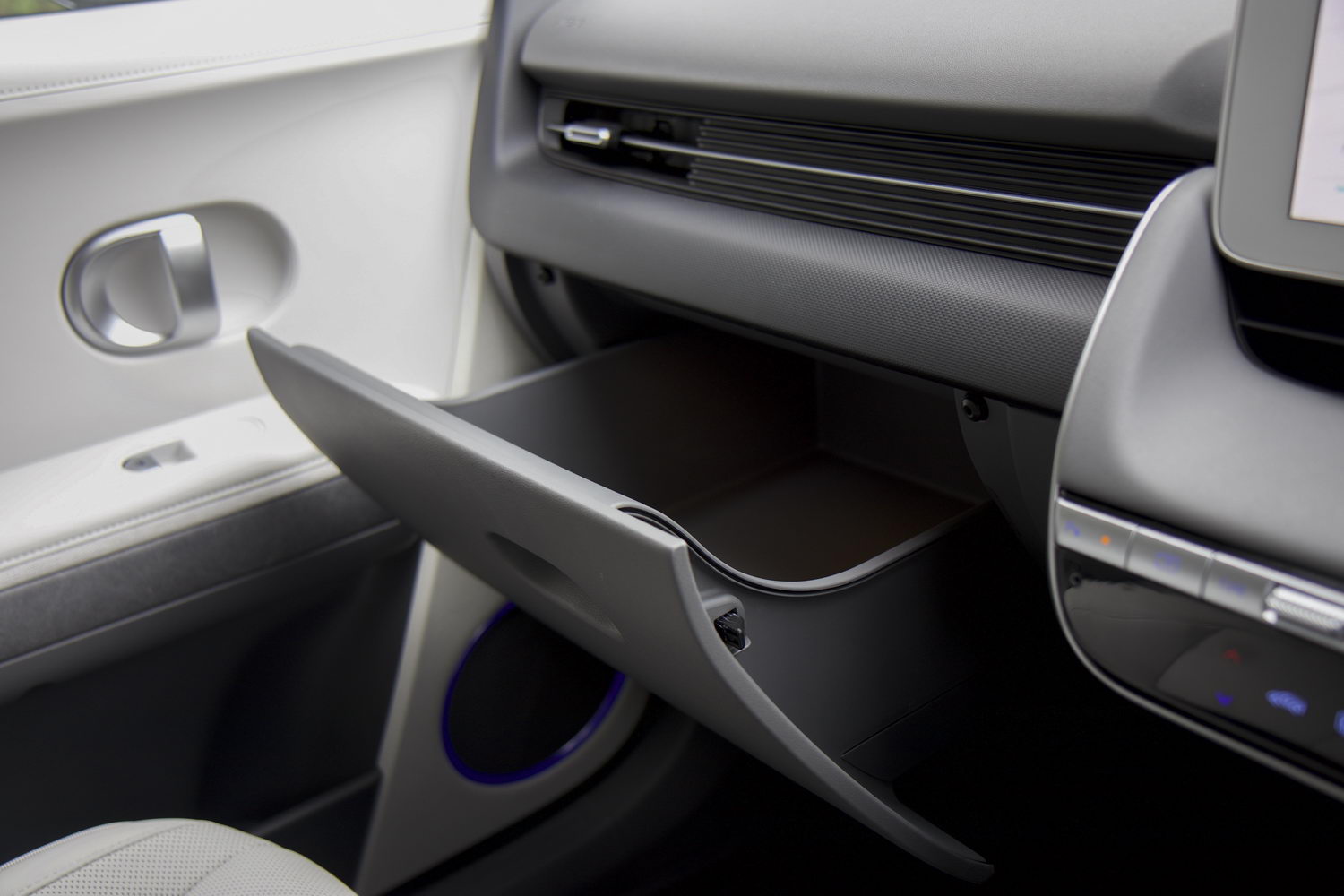 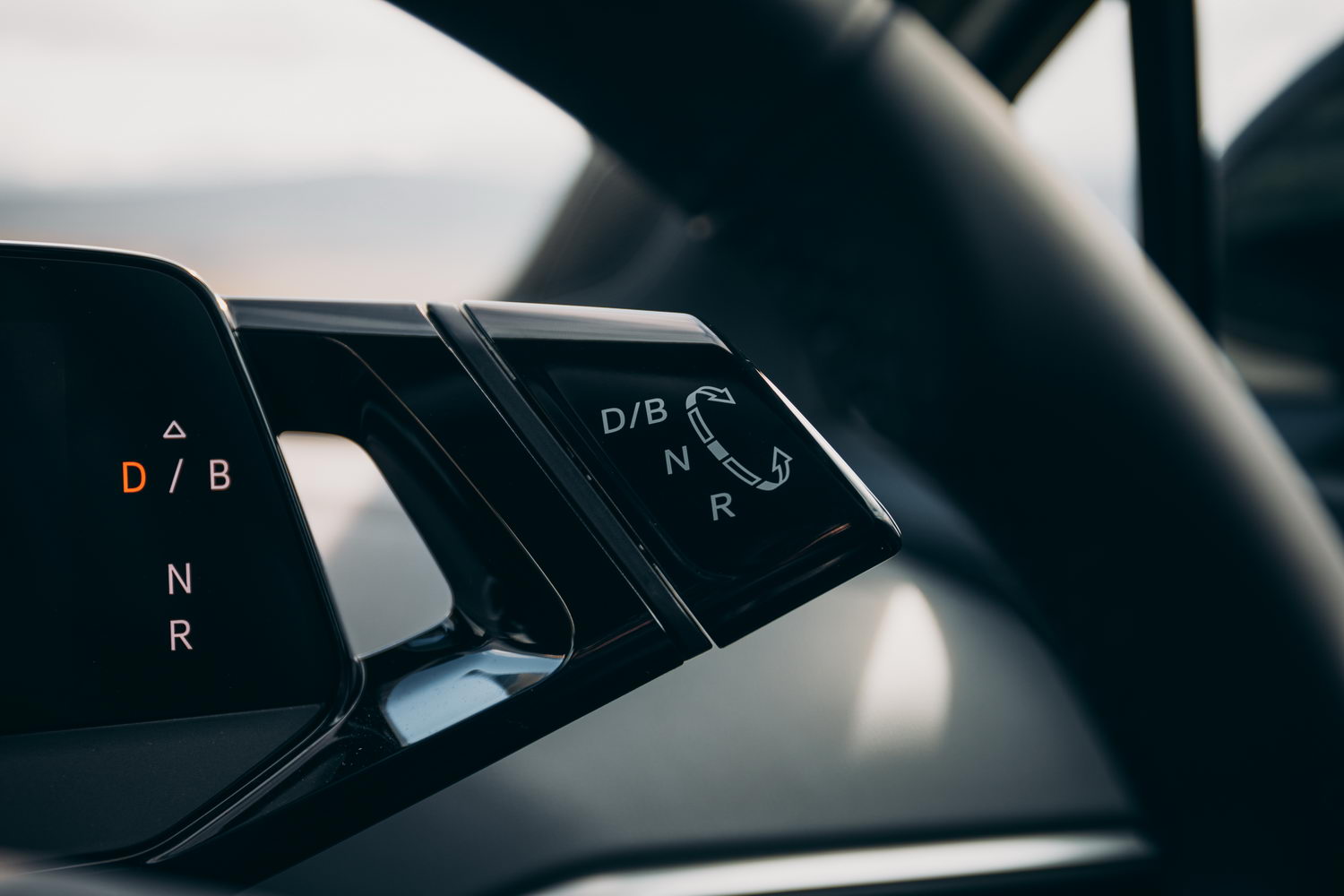 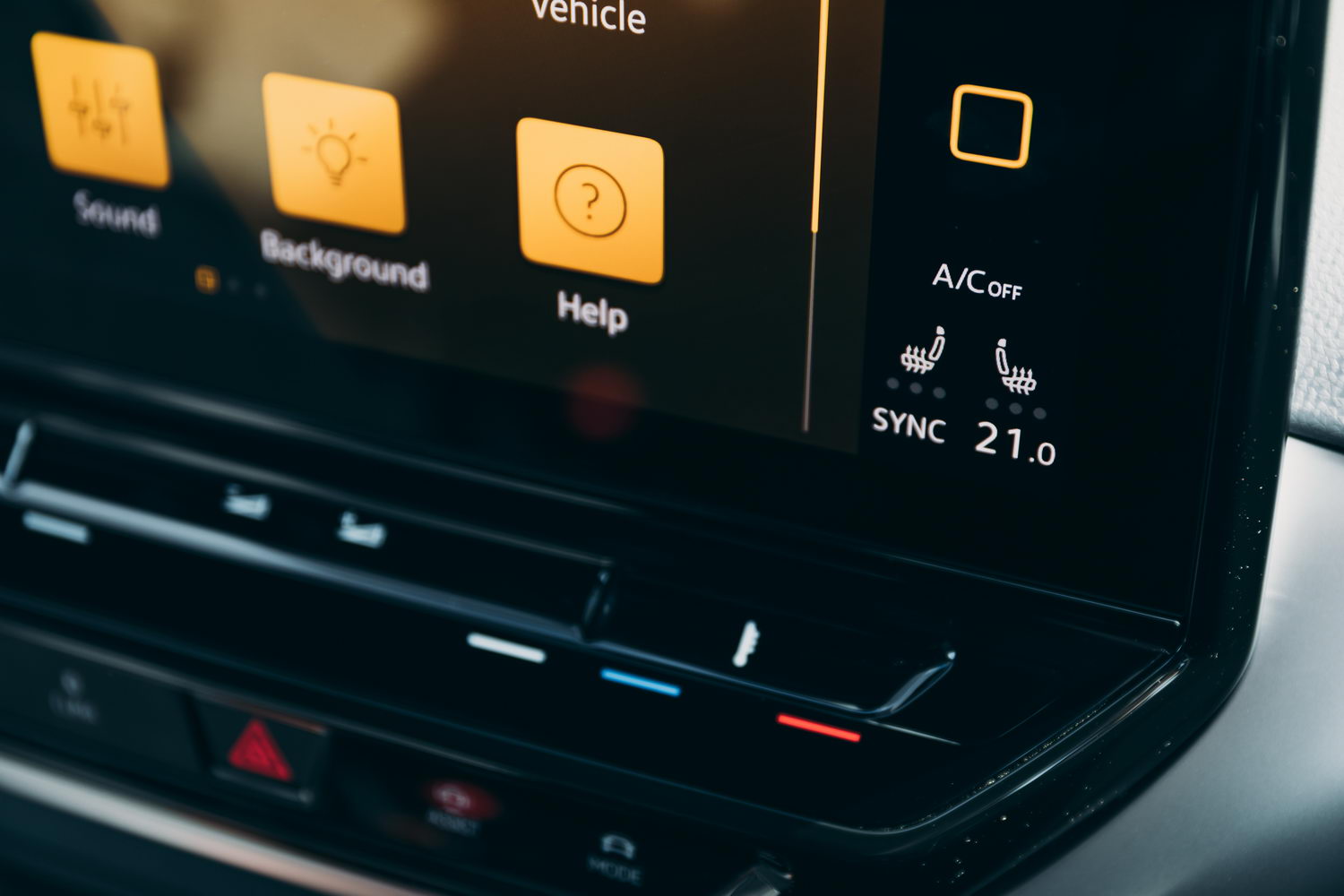 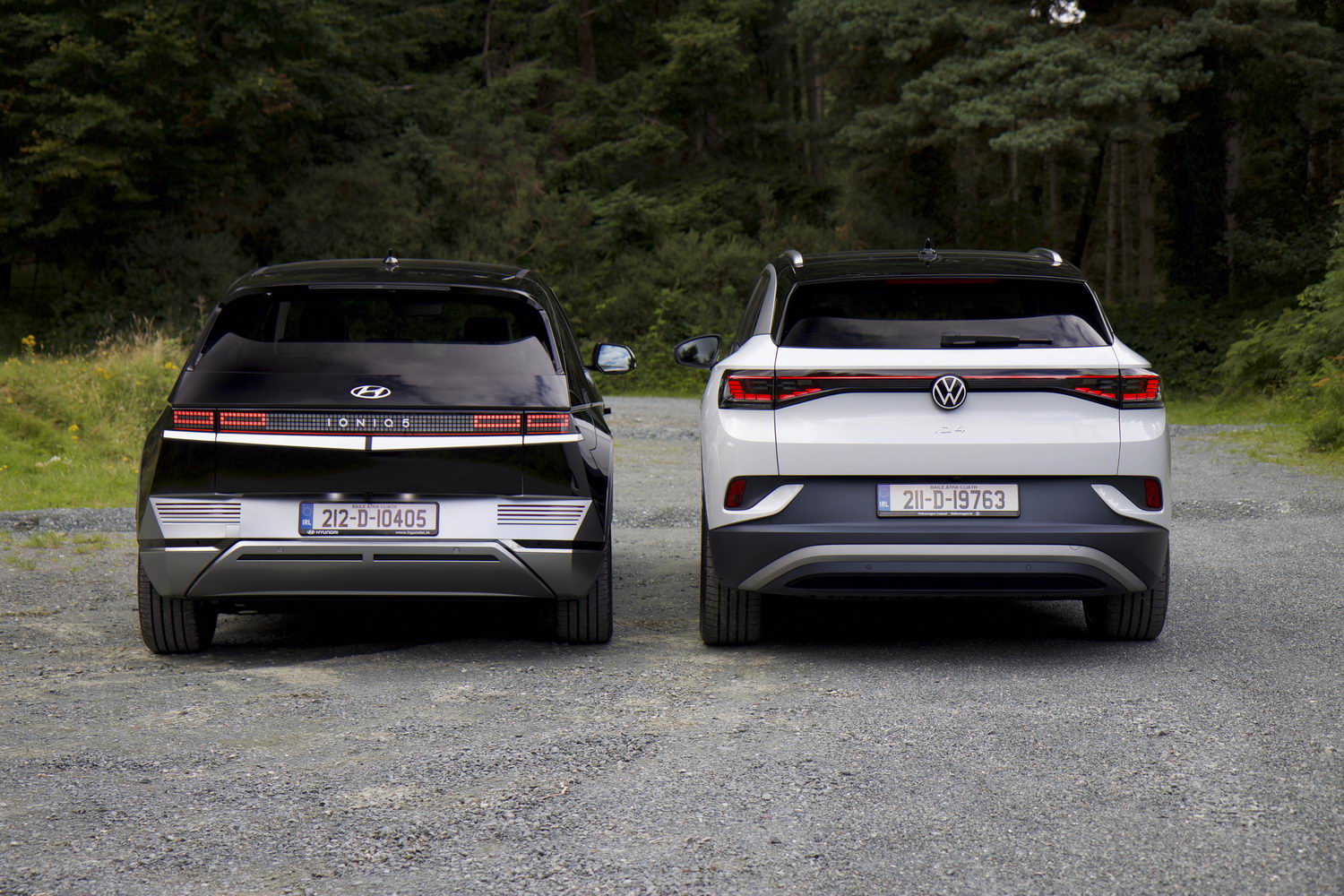 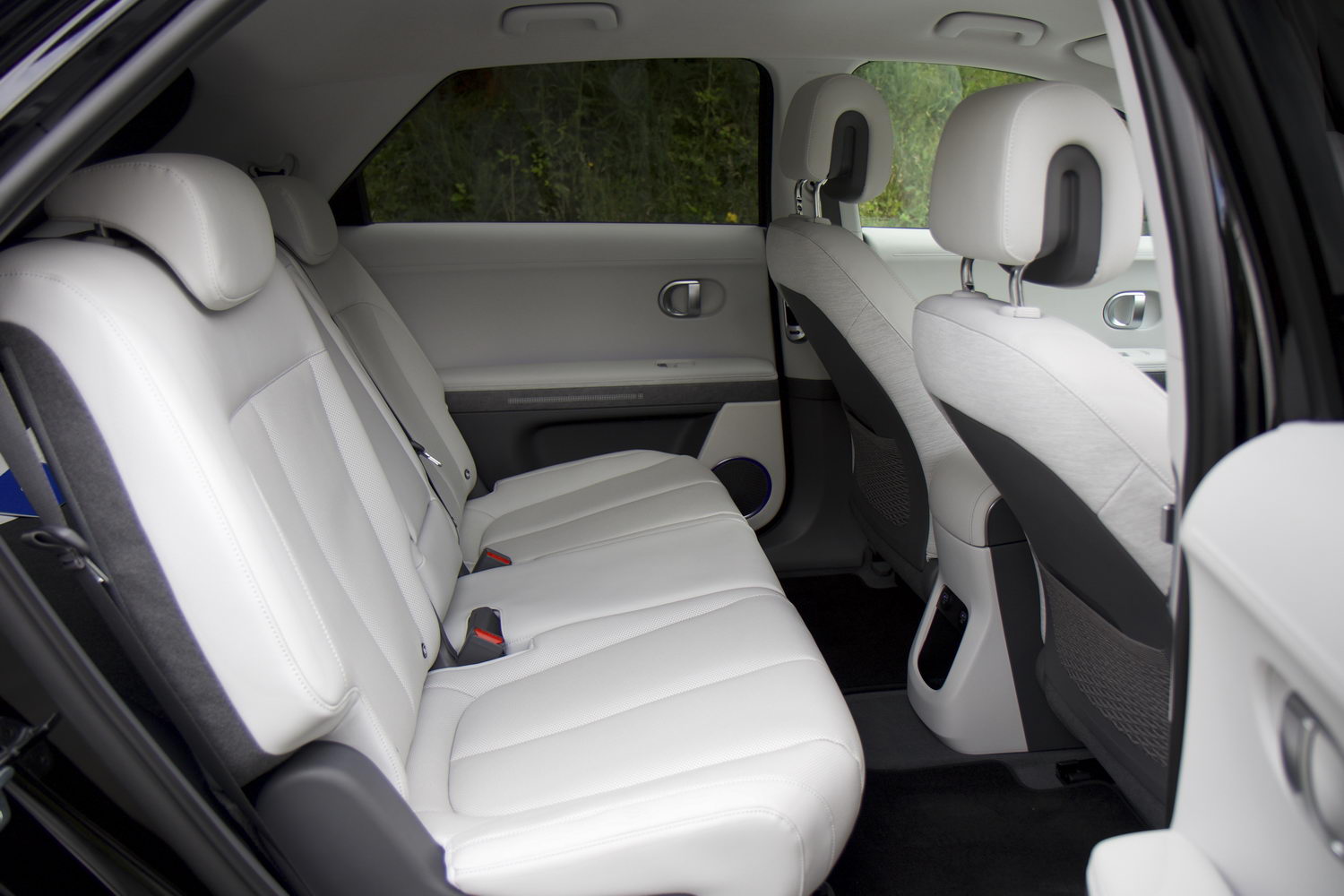 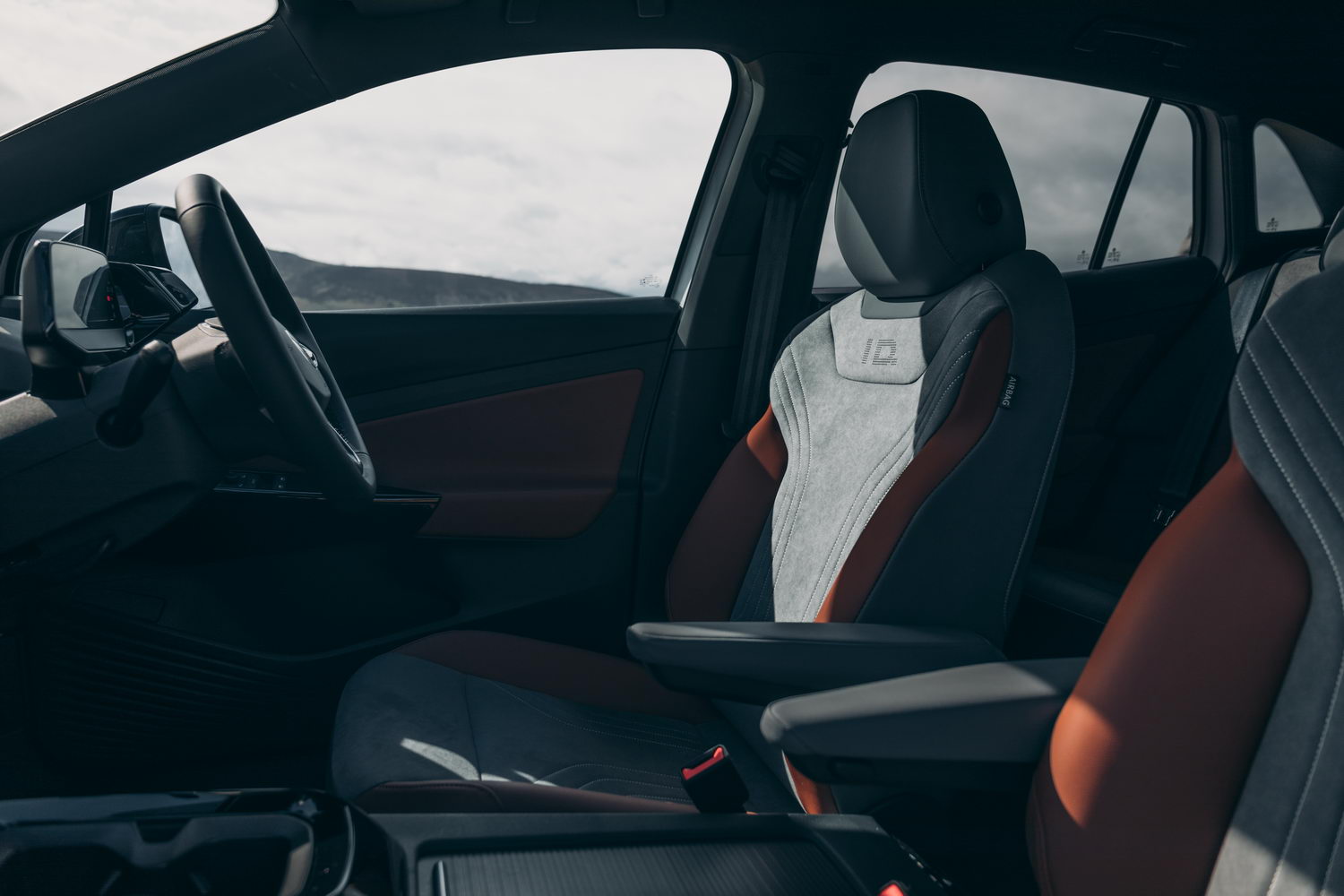 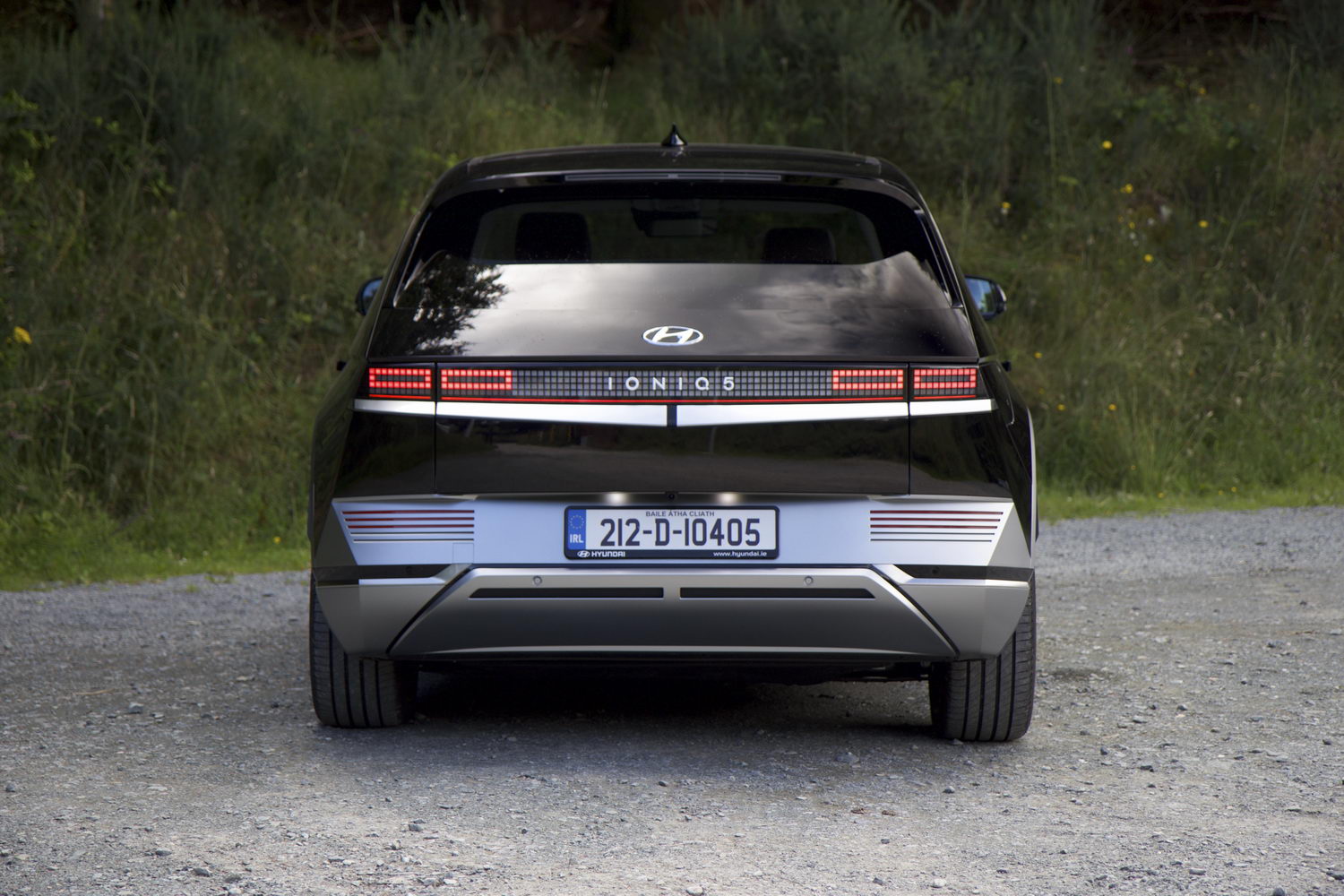 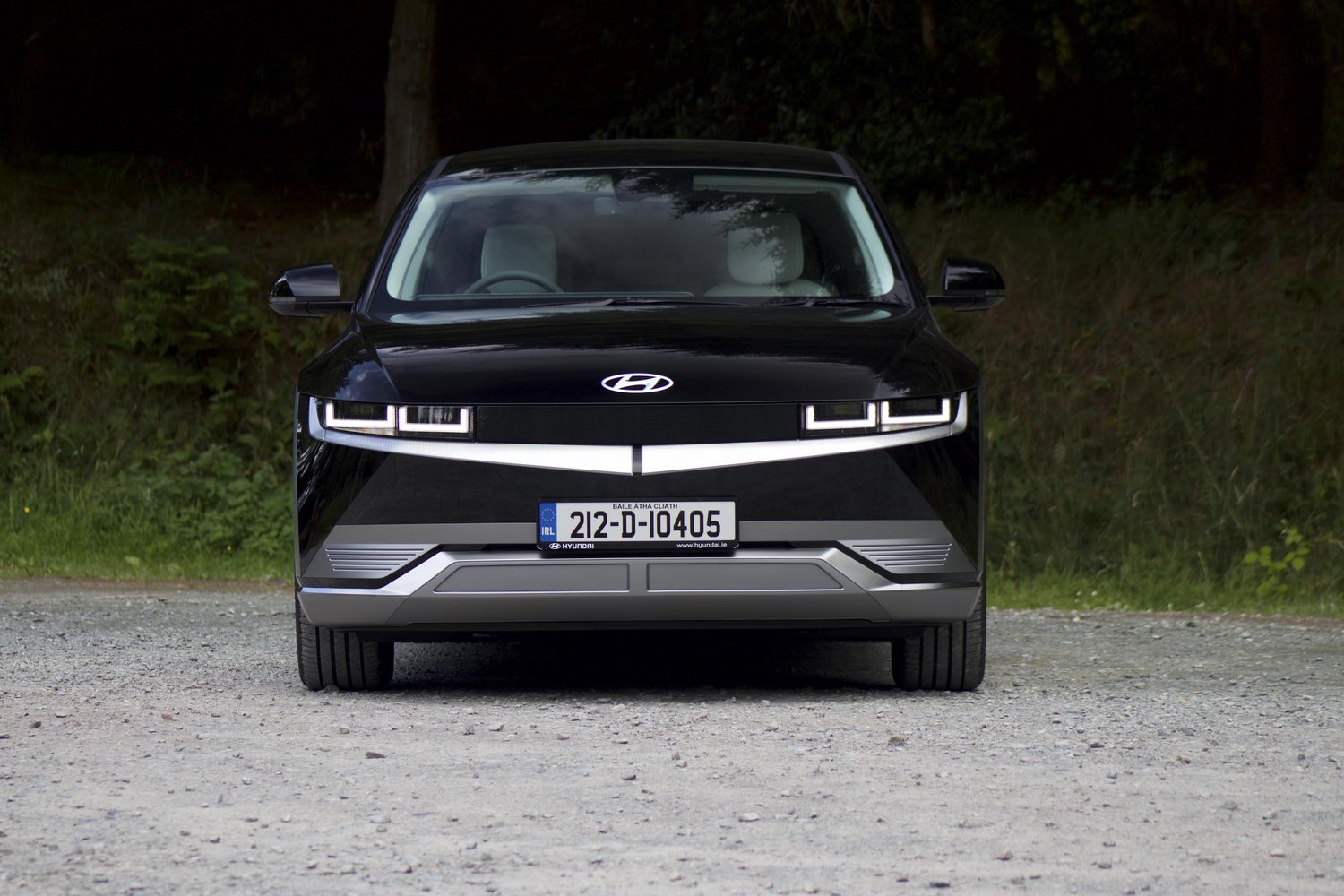 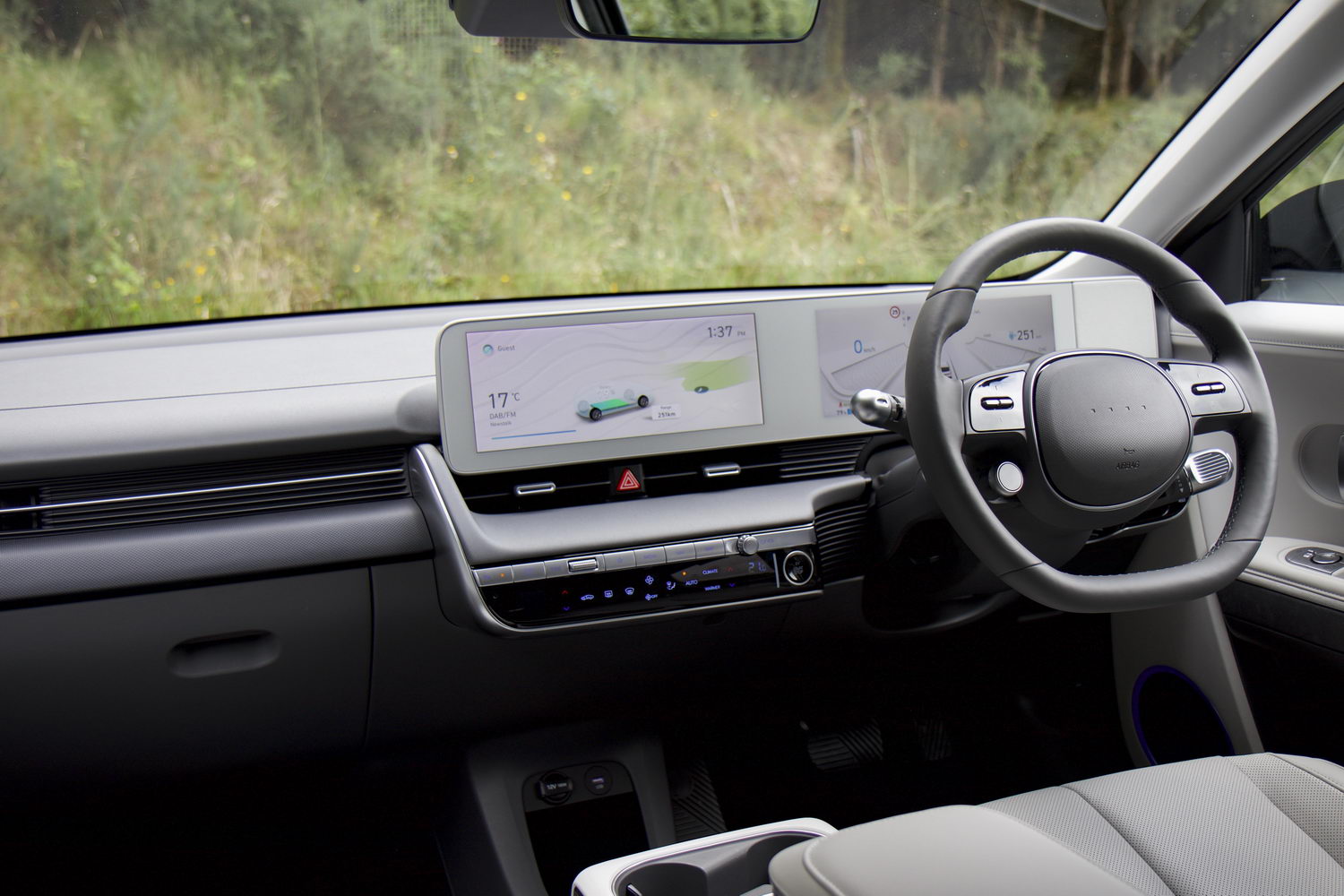 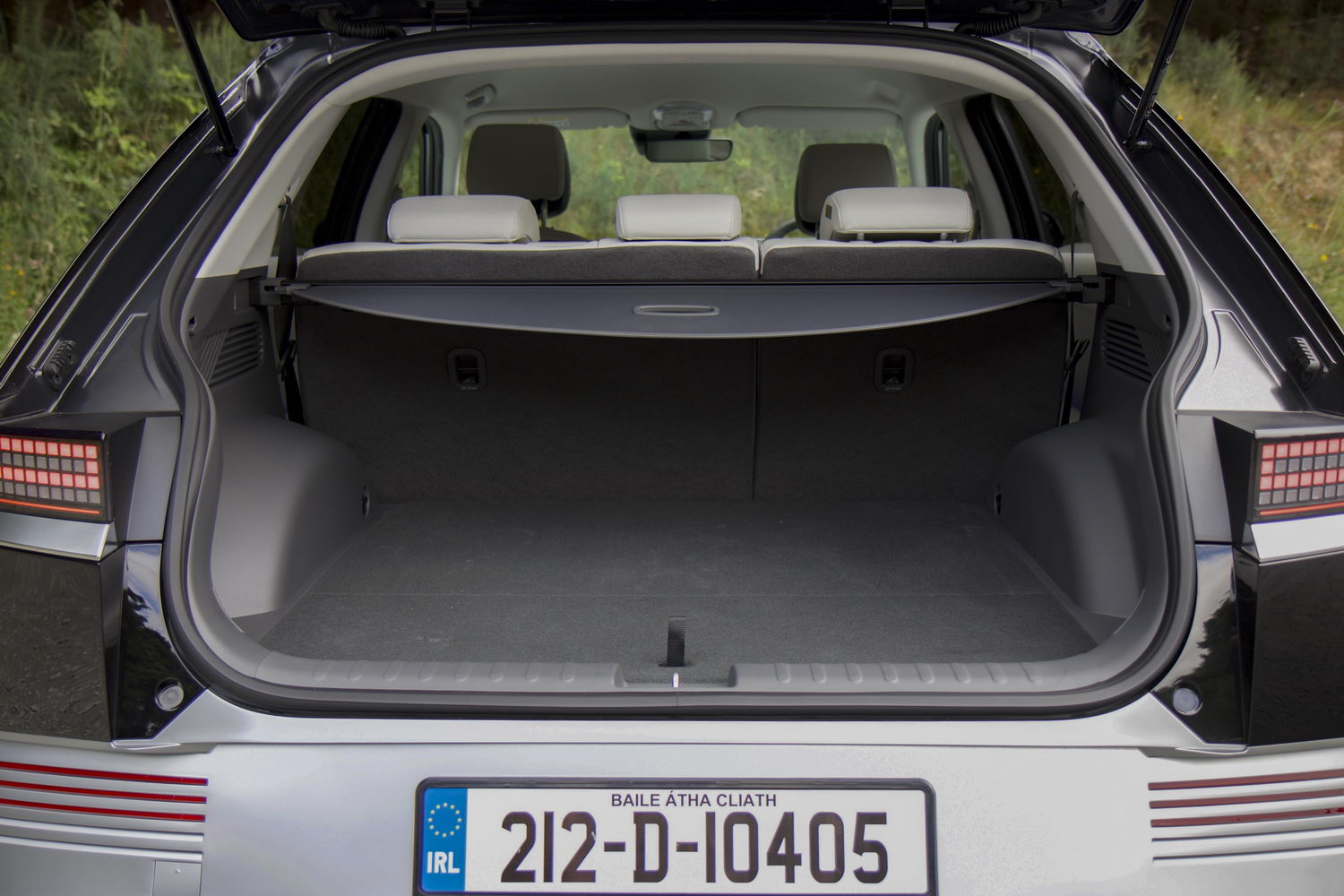 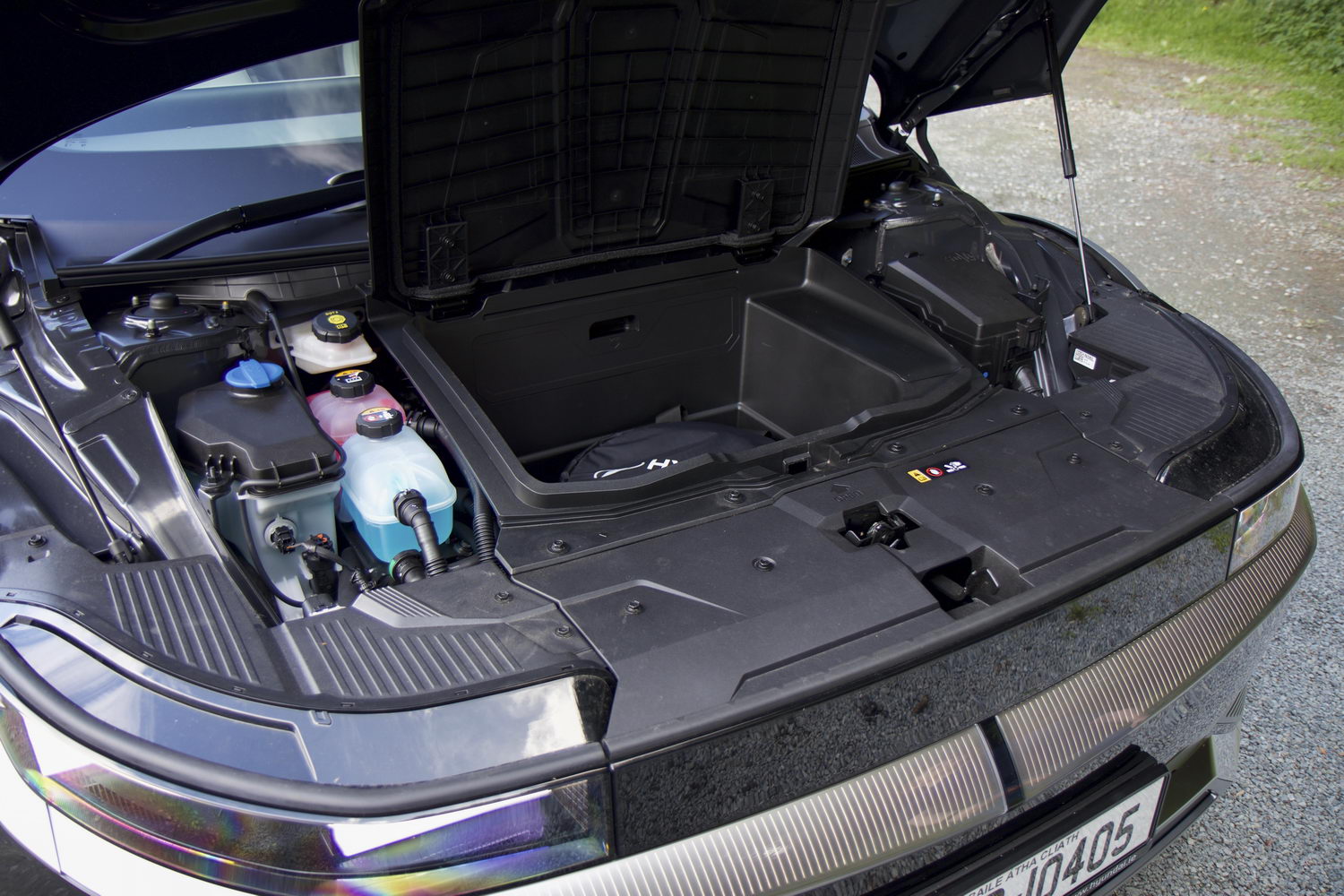 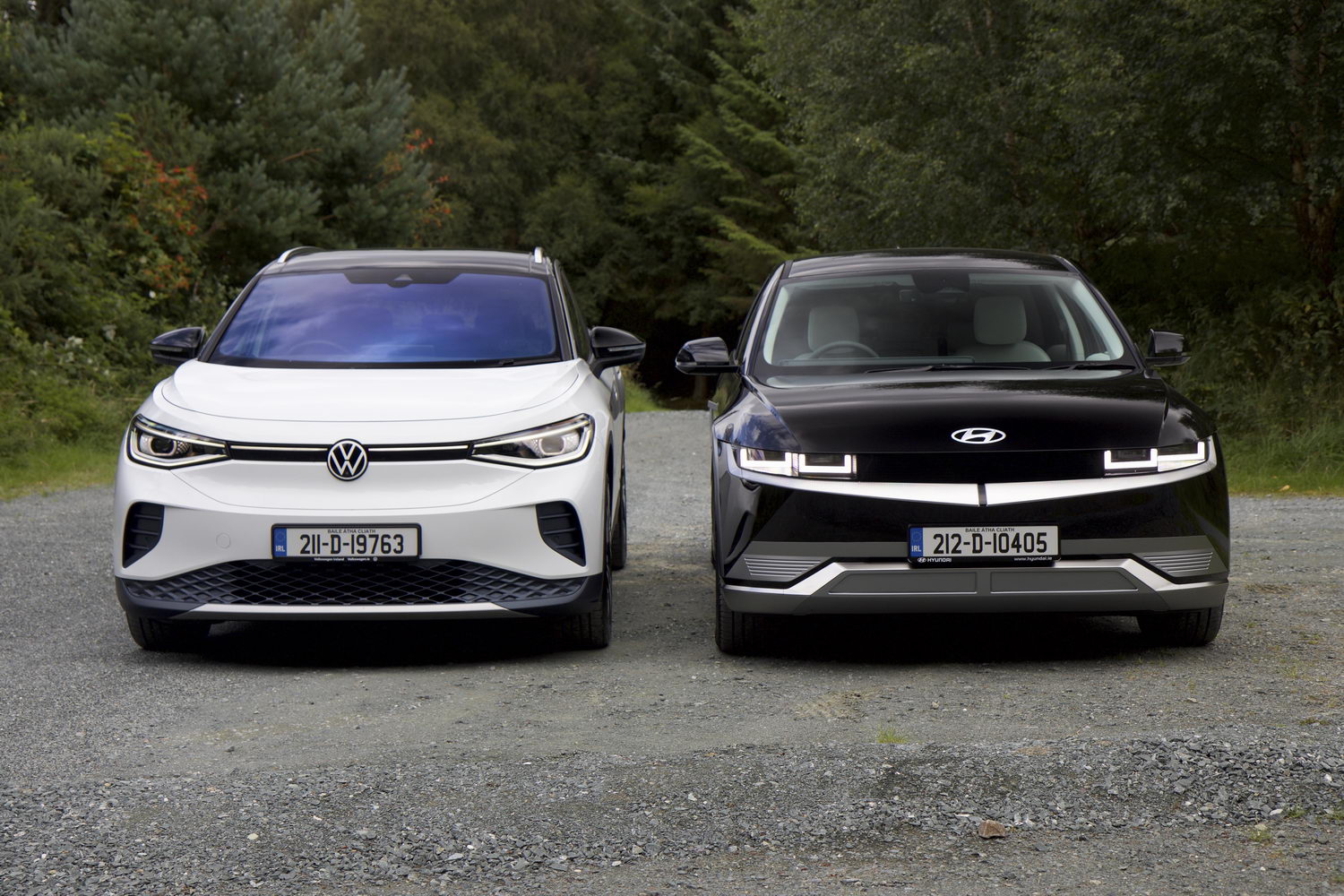 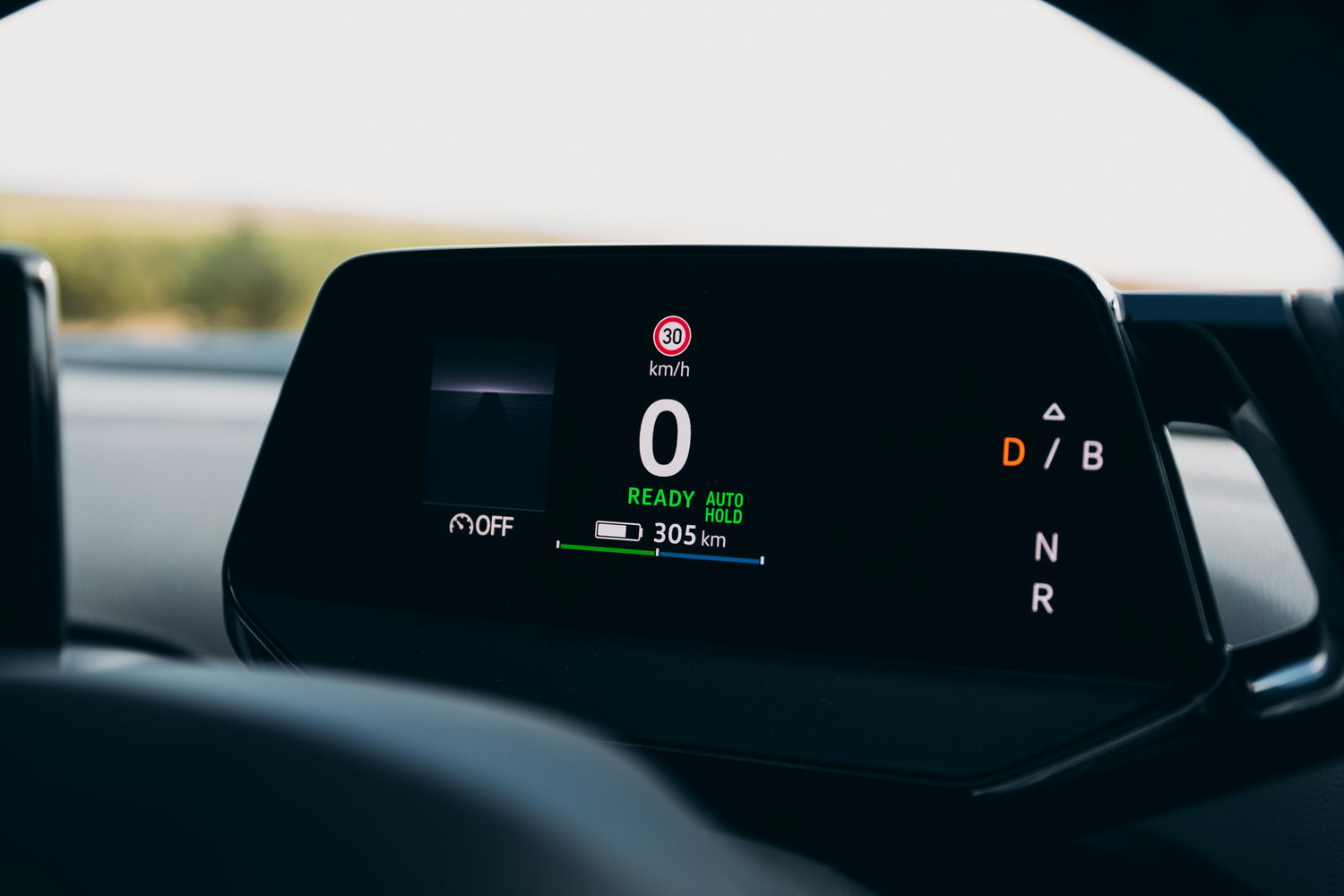 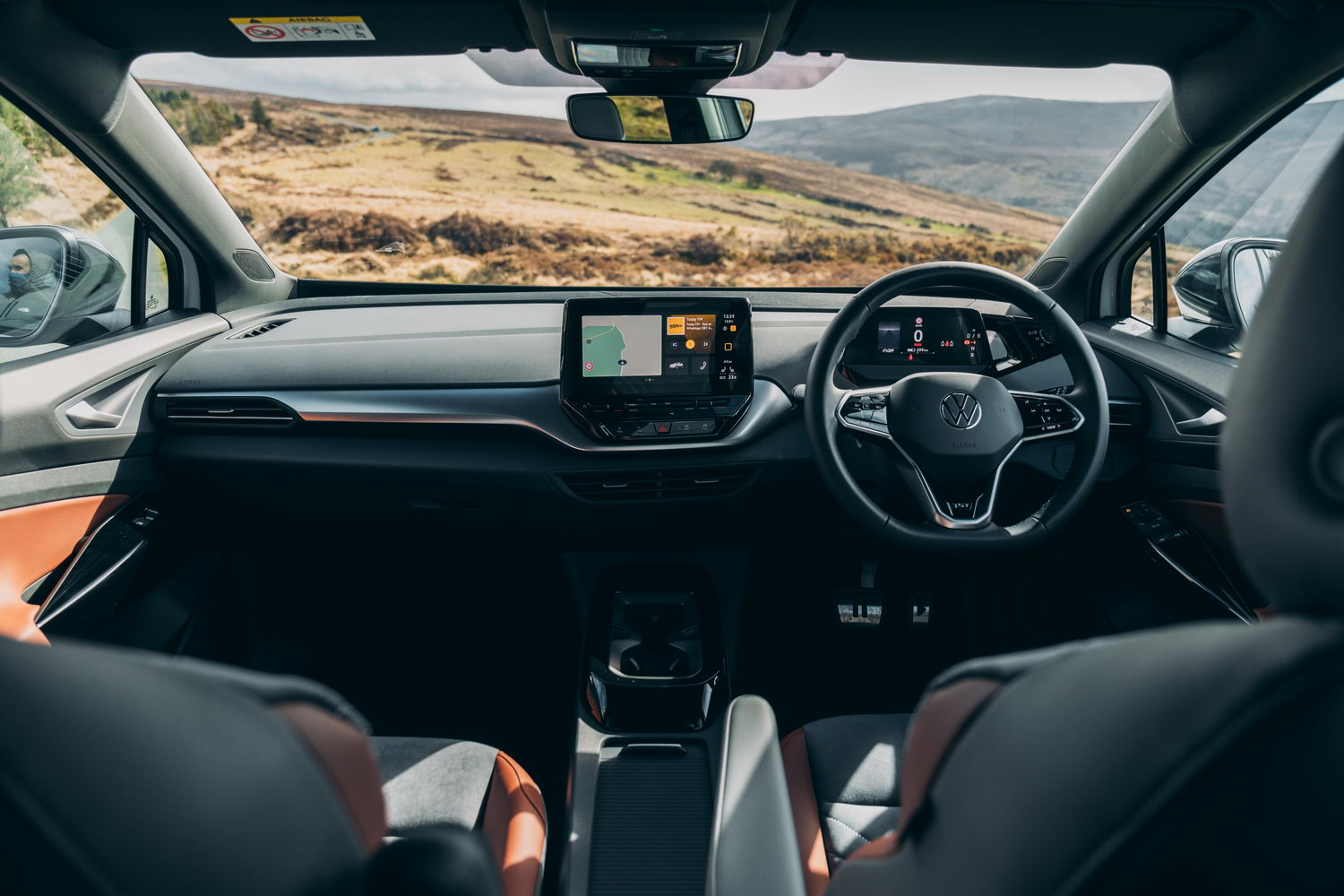 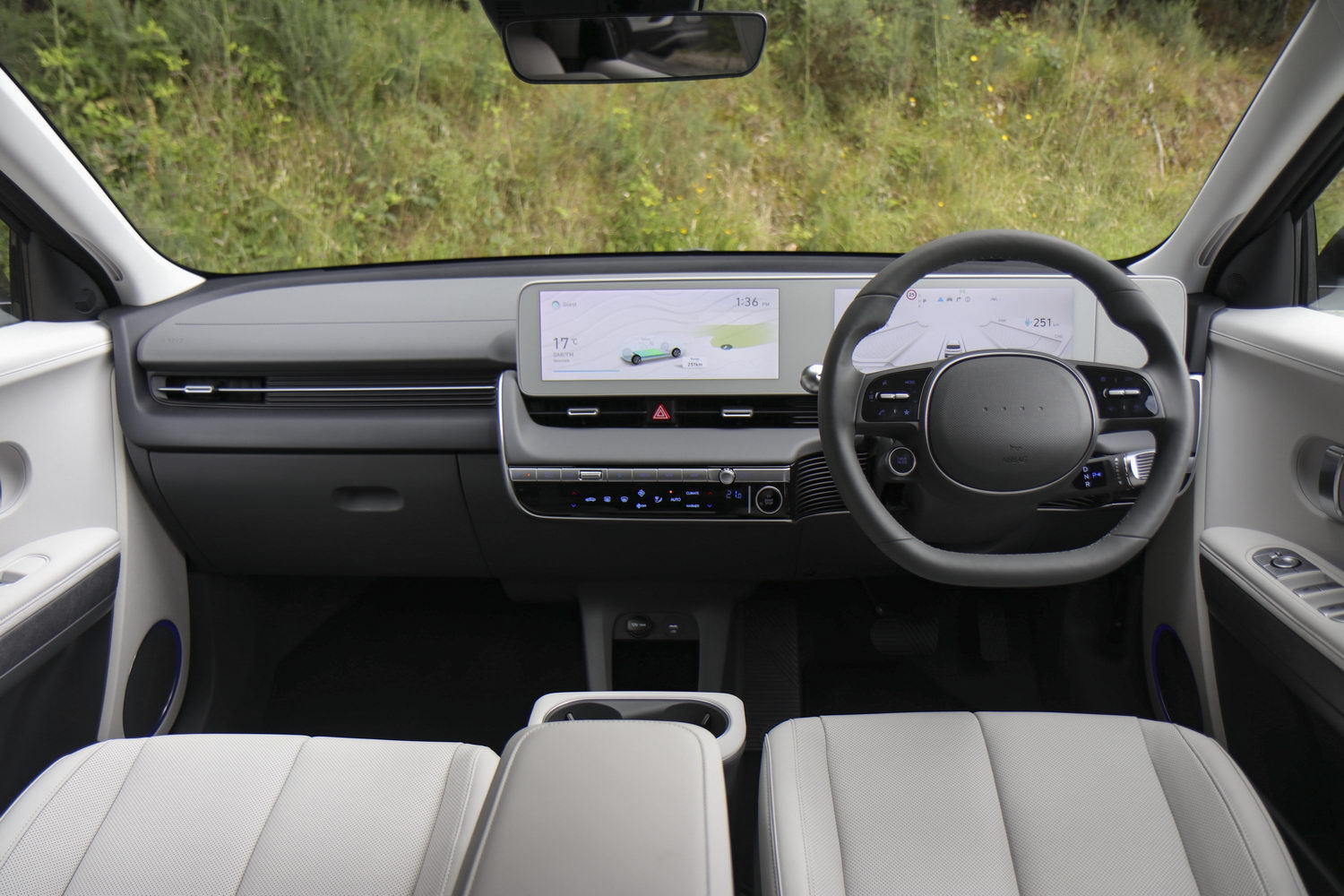 The Hyundai Ioniq 5 and Volkswagen ID.4 are rivals for the affection of family buyers looking to go electric. Which is best?

It should be no surprise that the Volkswagen ID.4 is, at the time of writing, the best-selling electric vehicle (EV) in Ireland. Despite delays, its arrival has been well-timed, aligning with a noticeable upshift in demand for electric cars on the Irish market. But we've had electric models for years here, so what makes the ID.4 special? For one, it's a five-seat family SUV, the biggest-selling body style in the country, but perhaps of more importance is that the ID.4 is one of the very first EVs to arrive at a price that's comparable to the petrol or diesel equivalent.

That situation will eventually become the norm, of course, and the ID.4's close first cousin, the Skoda Enyaq, does things at least as well. But far less obvious than either of those is the new Hyundai Ioniq 5. Will buyers be willing to forsake the more traditional SUV shape for its undoubted charms? Let's take a closer look.

It's apt that our test car paint colours opposed each other, as the designs certainly do. The ID.4 is a modern take on the five-door SUV shape, with contemporary sculpting and LED lighting, etc. Its contrasting roof colour and treatment add interest to the design and it's eye-catching without being too divisive. Huge VW badges front and rear ensure that everyone that sees it knows what it is, and the shape particularly suits large wheels, such as the 22-inch rims fitted to our high-spec test car. This vehicle also features upgraded LED lights, incidentally, which subtly add sparkle to the car's appearance.

As striking as the ID.4 is, it's all but ignored when parked up next to the gobsmacking Hyundai. Even on alloy wheels of modest dimensions and painted in a colour that does its best to disguise the design, the Ioniq 5 is a stunning thing. As mentioned elsewhere, its design can trick you into thinking it's no bigger than, say, a Volkswagen Golf, but it's actually longer and wider than the ID.4, and it's only a few millimetres lower, as well. The Hyundai's wheelbase is a massive 229mm longer than the VW's, which helps give the Ioniq 5 its unique appearance.

Of course, most of that comes from the daring design. The profile says hatchback, though it gets loads of ground clearance. But it's the detailing that will catch the eye, from the sharply drawn rectangular LED lights front and rear to the odd sculpting of the door panels and wheelarches. It's certainly a talking point. The electric-opening flap for the charge socket and retractable door handles are also pleasing touches.

Inside, these cars are just as different. Full disclosure here: our family car is an ID.4, so I know its cabin well. In terms of practicality, it's really good. There's plenty of space front and rear with a wide back seat base allowing us to fit three kids in, even though one of them uses a booster. They have plenty of legroom back there. It's an airy cabin, too, with lots of storage space in the centre console and the seats are good. However, I'm less enamoured with the dashboard, infotainment and other switchgear. The touch-sensitive controls on the driver's door are awful, regularly not responding at all, while the touchscreen takes much longer to start up than most people will expect it to.

In contrast, the Hyundai's cabin is simply superb in most areas. It feels of very high quality, which is mixed with an attractive design and lots of unique touches. For example, the glovebox takes the form of a capacious drawer, while the whole centre console slides fore and aft - and it has room for a lot of stuff, too. The Ioniq 5's dashboard is beautifully simple in appearance and the interface is cleverly thought out. There are separate controls for the air conditioning, too, where the ID.4's are integrated into the touchscreen.

In terms of space, the interior of the Ioniq 5 doesn't feel noticeably more capacious than the VW, possibly because there's less height in the cabin, but there's loads of legroom in all seats and a flat rear floor. The rear seats slide, and the backrests adjust, but the shape of the seat base suggests that it won't easily take a child seat in the middle section.

In terms of boot space, the official stats don't tell the full story. The Hyundai holds 527 litres to the ID.4's 543 litres. However, that's measured up to the luggage cover and, because of the sloping rear end of the Ioniq 5, the volume above that is quite limited. In contrast, the Volkswagen's upright tailgate allows for more luggage stacked high. There's a useful underfloor storage section that accommodates the charging cables in the ID.4, but the Ioniq 5 trumps that with a 'frunk' (front trunk) under the bonnet that holds 57 litres - much more than you'll need for cables.

The comparison of our test vehicles is slightly unfair on the Hyundai here, as the ID.4 pictured is a fully-loaded 1st Edition Max with adaptive damping and acoustic glass. Nonetheless, we've driven versions without both and really, there's not a lot to choose between these cars. They're both quiet, not just in powertrain terms, but also in rolling refinement, with supressed road noise and wind roar. Drivers moving over from diesel power will be gobsmacked by the quietness.

While the ID.4's adaptive damping allows the driver to choose more comfortable settings, the standard passive system is set up to be a little firmer than that of the Hyundai. It really is a slender difference, though, as the Ioniq 5's suspension isn't what we'd call magic carpet smooth, either. Remarkably, both cars are highly enjoyable to drive, with well-weighted steering and pedals and a willingness to change direction that makes them quite fun, too.

As tested here, each car features a single electric motor turning the rear wheels, though you have to try really hard to make the ID.4's chassis behave as such; most of the time it's balanced, but quite inert, with quick-acting electronic traction control. In contrast, the Ioniq 5 is more playful when you want it to be. That came as a bit of a surprise on the test, though admittedly that's unlikely to be a priority for buyers of these cars. They're pleasant to drive, end of.

In terms of performance, a glance at the tech specs suggests that the ID.4 should have the advantage, with up to 204hp, against the Hyundai's 170hp output. However, the Ioniq 5's motor produces more torque, and it's a lighter car to the tune of about 200kg (as tested here) so it feels just as fast, if not more so. Its Sport setting makes it feel more responsive at low speeds, too.

We'll go into more detail in the next section on battery capacity and official range, as our test cars weren't strictly comparable on that front. For the record, in a day of driving the cars around together over a range of roads and speeds, they both averaged approximately 20kWh/100km.

The Hyundai Ioniq 5 undercuts the ID.4 by a considerable margin at the lower end of the range. It starts at €37,995 (including incentives), while the VW is priced from €45,301. However, Volkswagen Ireland only offers the ID.4 with a 77kWh battery pack, while the Hyundai can be had with a 58kWh item, bringing the price (and weight) down.

A more comparable 72.6kWh version of the Ioniq 5 starts at €44,995, but the Hyundai appears to have a lot more equipment as standard at a given price level, including a heat pump, which is fitted to every version other than the entry-level Executive model. That's only standard on the Max or GTX versions of the ID.4 - otherwise it's a €1,100 option. It should noticeably help the range when the weather is colder.

Hyundai Ireland lists seven different versions of the Ioniq 5 on its website, though supply of some of them may be limited for a while yet. The trim lines are Executive, Executive Plus, Premium and Premium Plus, topped by a single all-wheel-drive variant that costs €64,995.

The ID.4 comes in Life, Business, Family, Tech and Max specifications and the all-wheel-drive GTX powertrain can be applied to the Business and Max trim lines, at €54,540 and €68,900, respectively.

According to the official WLTP figures, the 58kWh Hyundai manages 384km on a full charge, increasing to 481km with the 72.6kWh battery pack. Volkswagen quotes a range of between 492- and 517km for the rear-drive ID.4. The all-wheel-drive versions of both have a lower range. Buyers should be aware that driving at motorway speed can dramatically reduce the range, so go into a purchase of these cars with your eyes wide open.

If you're planning on buying a car for such use, and hence will be relying on the rapid charging network, the Hyundai has a major advantage, as its battery can be charged at up to 220kW, versus 125kW for the ID.4. Most people will charge up at home, of course, but it's worth bearing in mind.

Both cars can be fitted with tow bars and their towing capacity depends on the powertrain, incidentally.

This has been an intriguing twin test. My conclusion is that a given buyer is unlikely to be faced with the choice of the Ioniq 5 and ID.4 in their shortlist once they've gone through all their requirements. Though there's not much in it, the ID.4 is a better and more practical car for those with two to three kids - it's a conventional SUV in that way.

Nonetheless, the Hyundai is better value overall and, if the boot and rear-seat space are acceptable, then it's undoubtedly a tempting car. Its design will probably divide opinion, but I love how daring the exterior is and that it doesn't look like 'just another SUV'. The interior is fantastic, too, putting that of the ID.4 to shame. In summary, the ID.4 is a really good electric family car with a few annoying foibles, while the Ioniq 5 is not quite as brilliant at the family carrying, but it otherwise beautifully executed and surprisingly desirable. Go test drive them both if you're in the market.

What a pleasant surprise the Hyundai turned out to be. The styling is little short of spectacular, and while it will be more polarising than the ID.4, Hyundai deserves credit for being brave enough to put it into production. The interior of the Ioniq 5 is just as impressive and it does trump the ID.4 in that respect, but as Shane mentioned, there are some more practical aspects to the Volkswagen's carrying capacity and it seems better suited to family life.

From behind the wheel there isn't as much to separate the two, as expected. The Hyundai seems that bit more pleasurable to drive but you quickly become aware of its width on more narrow roads. Neither of these cars are likely to disappoint in terms of everyday performance. Nevertheless, for me it's the Hyundai that won me over, admittedly a portion of that is purely down to the design.