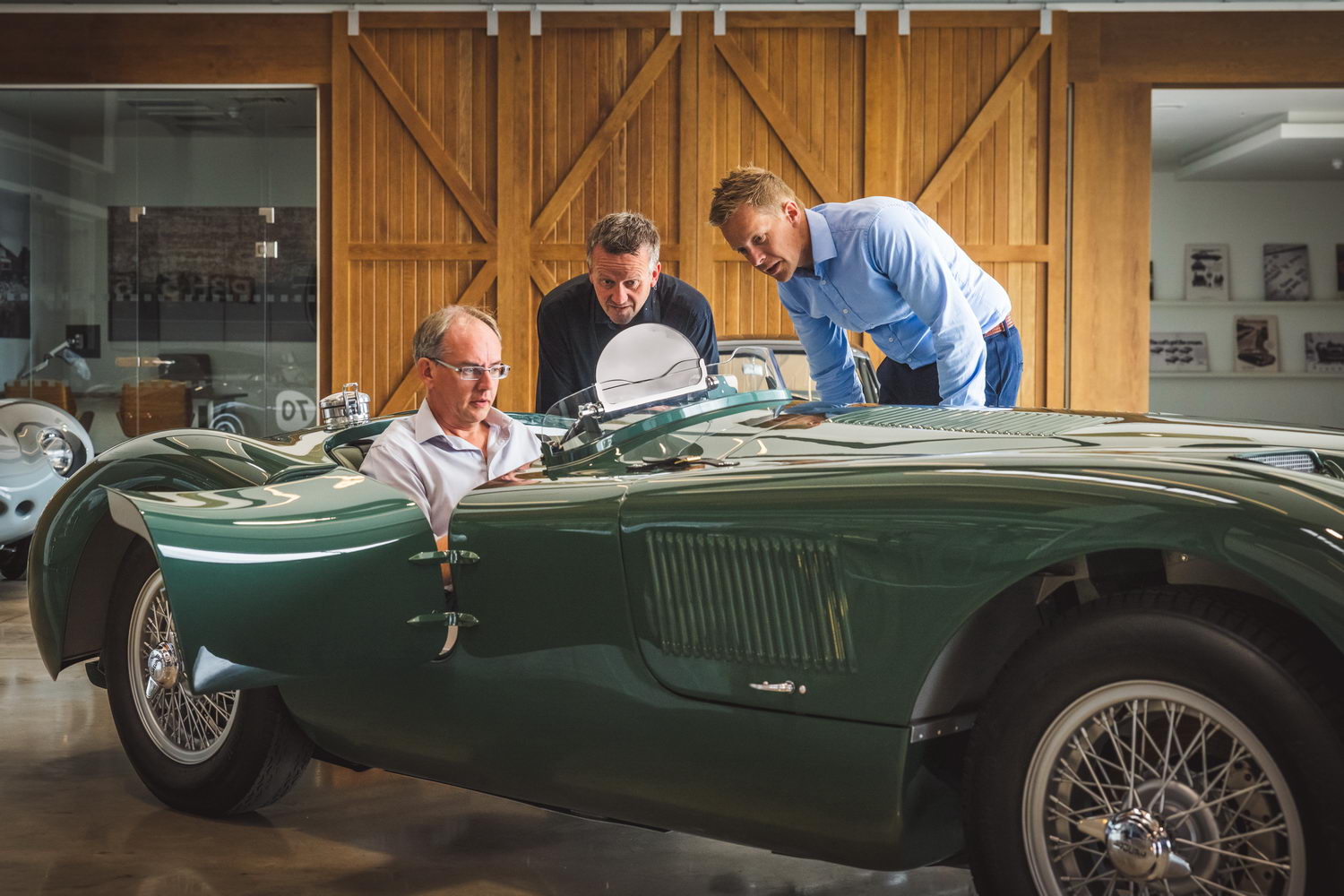 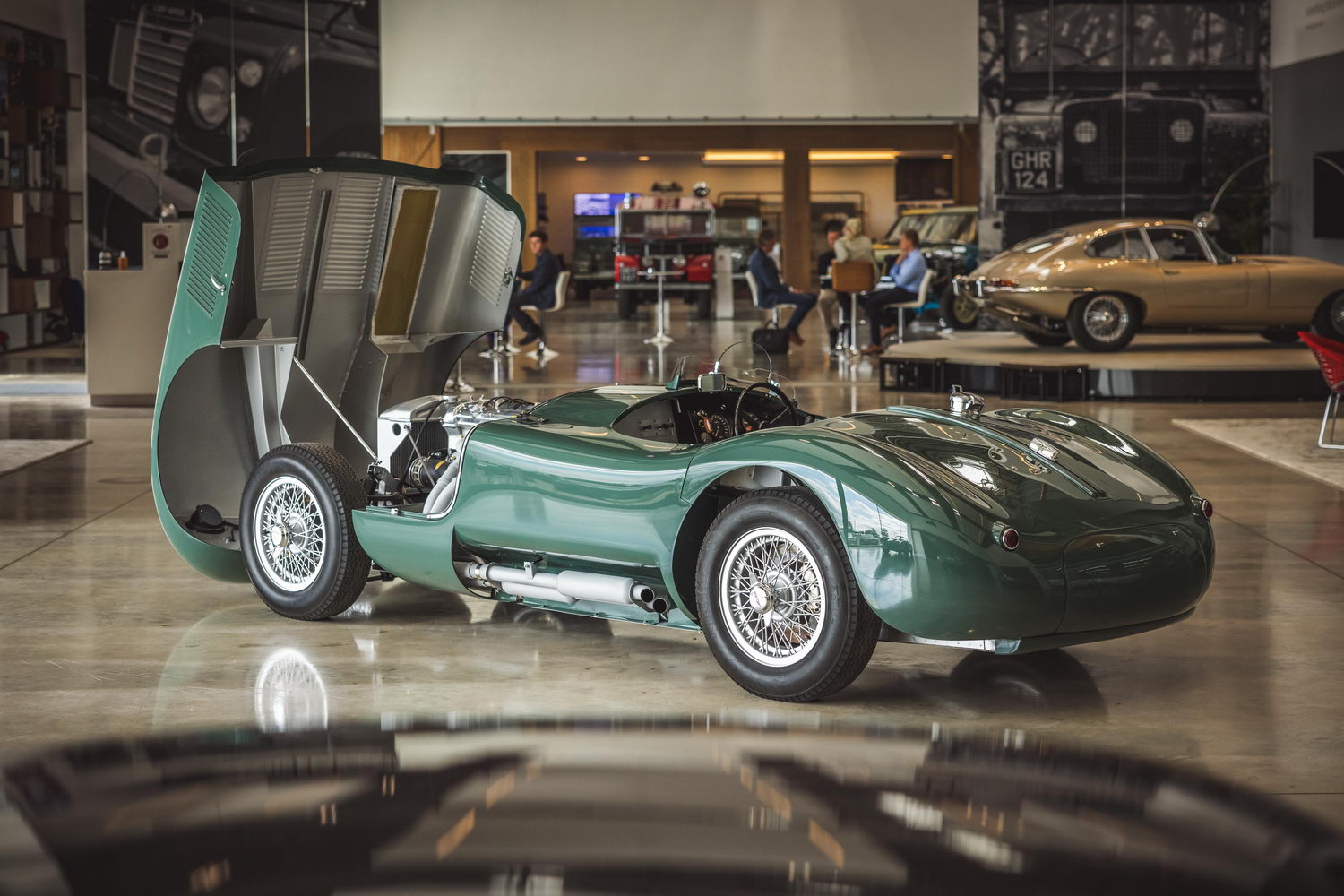 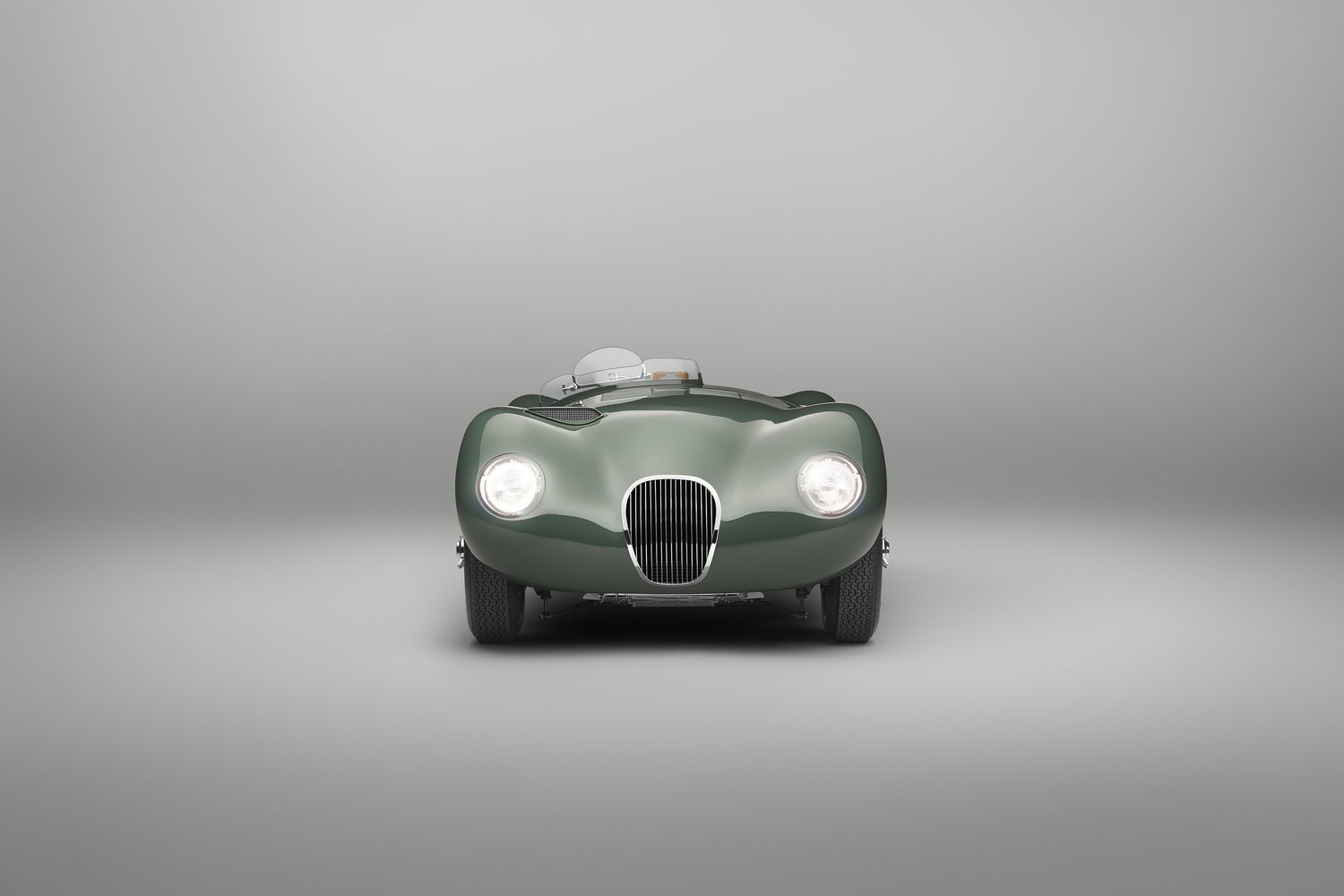 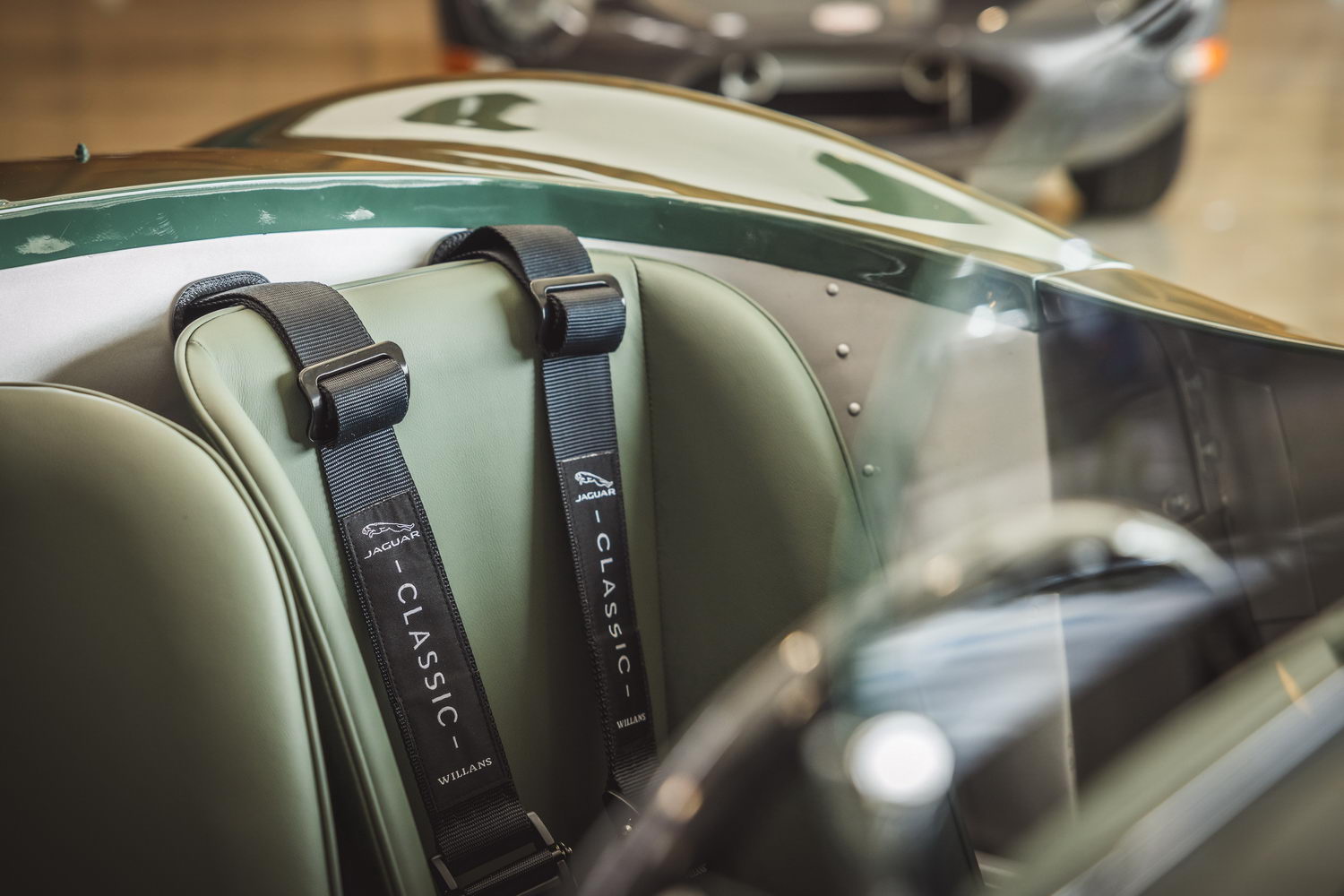 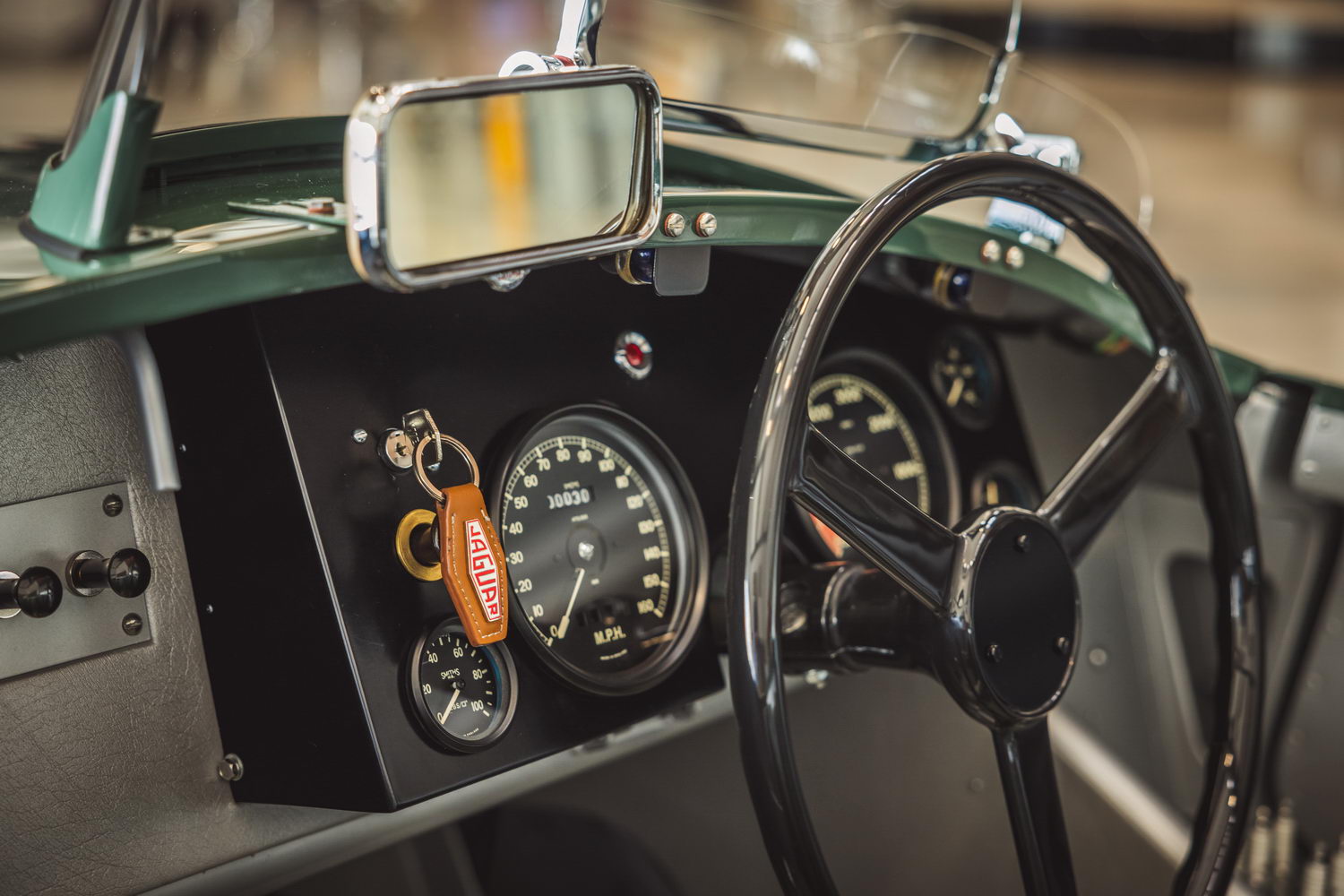 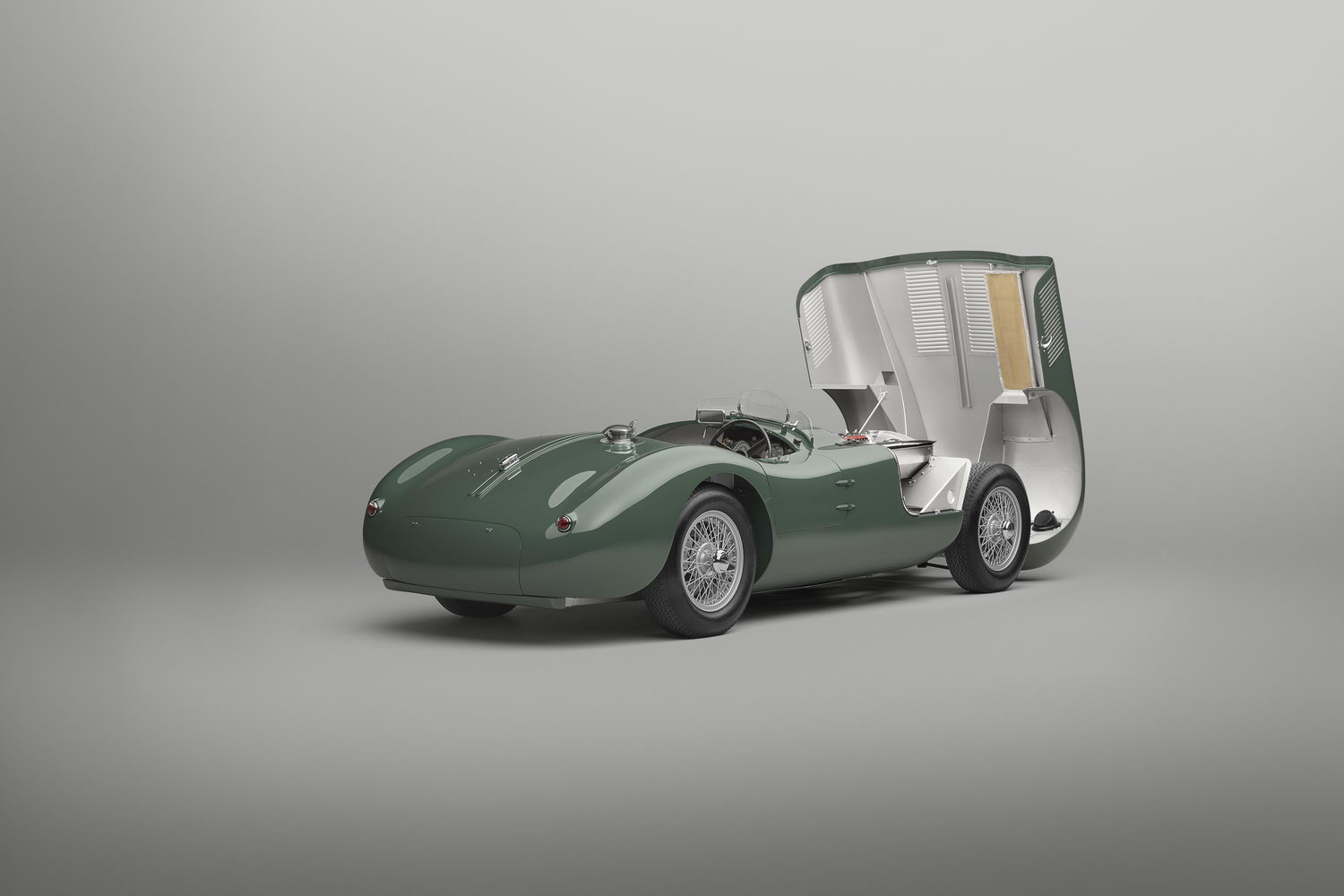 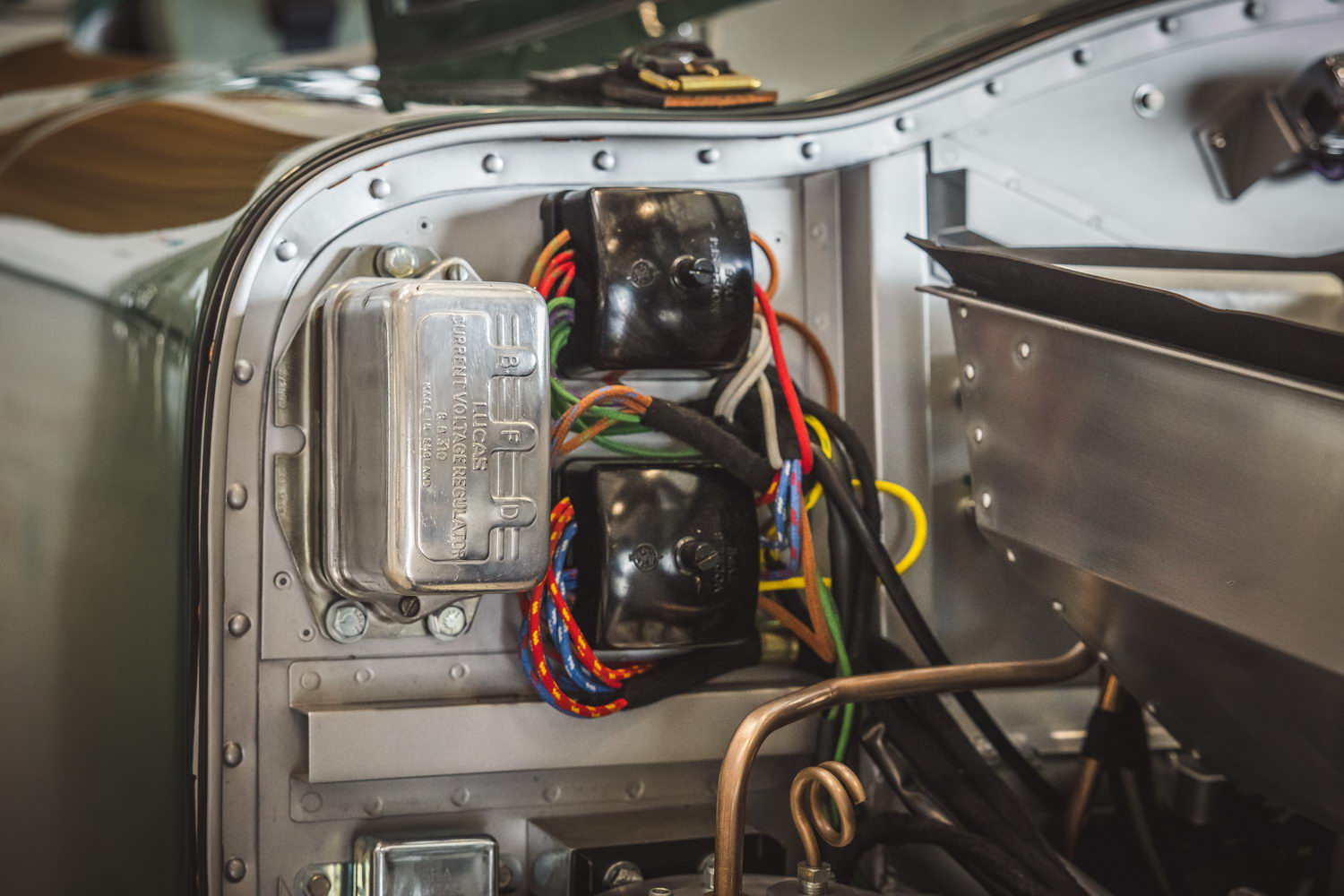 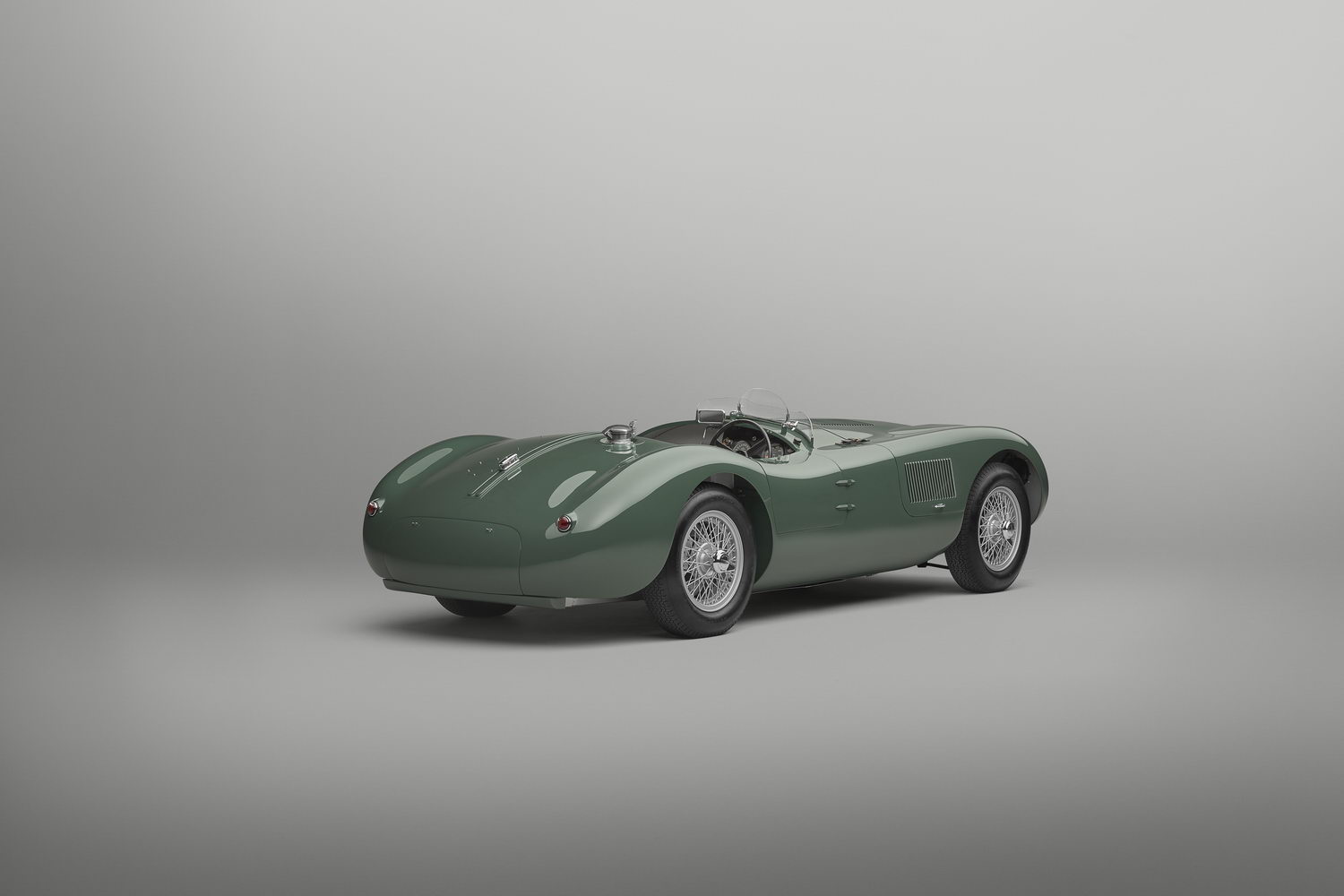 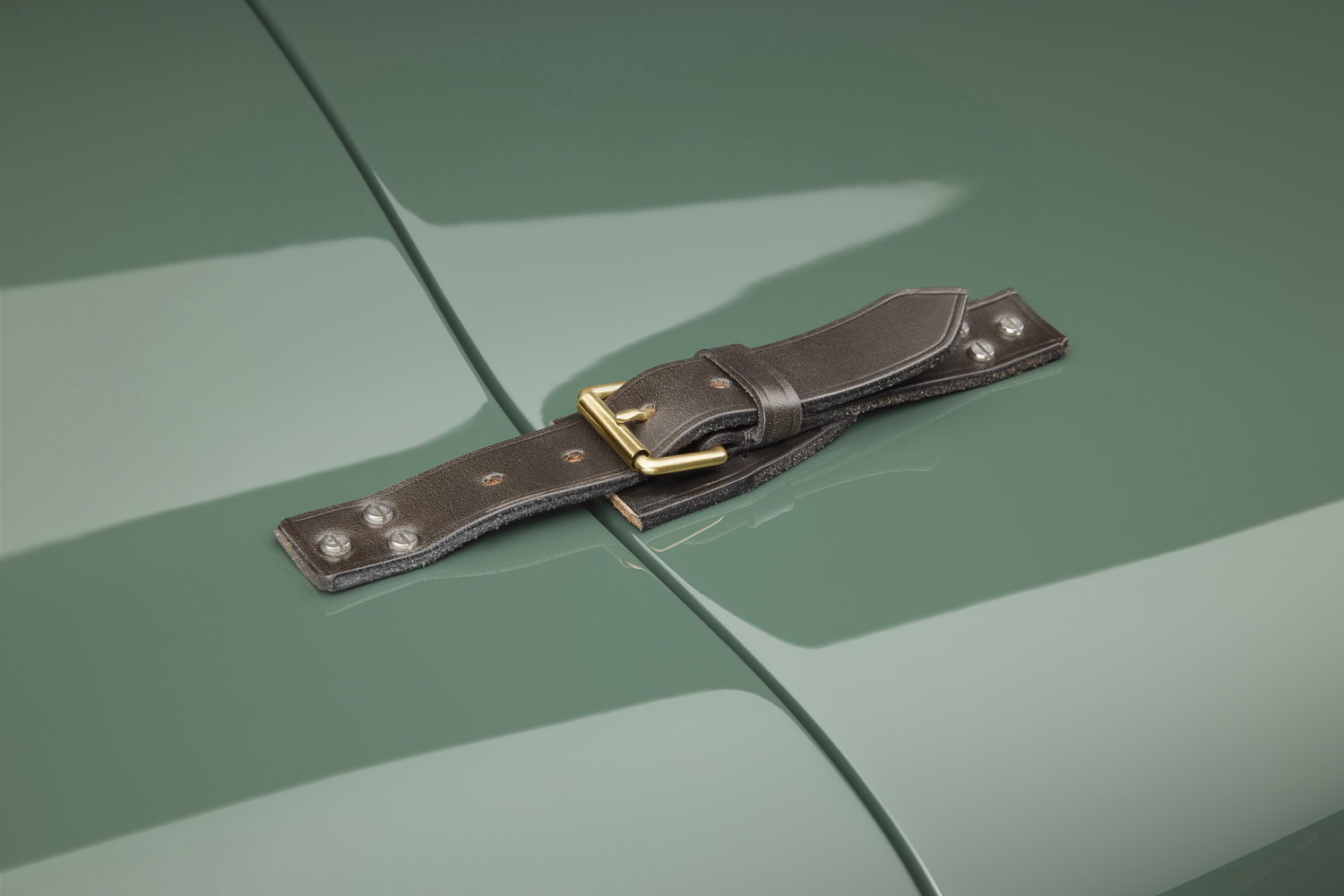 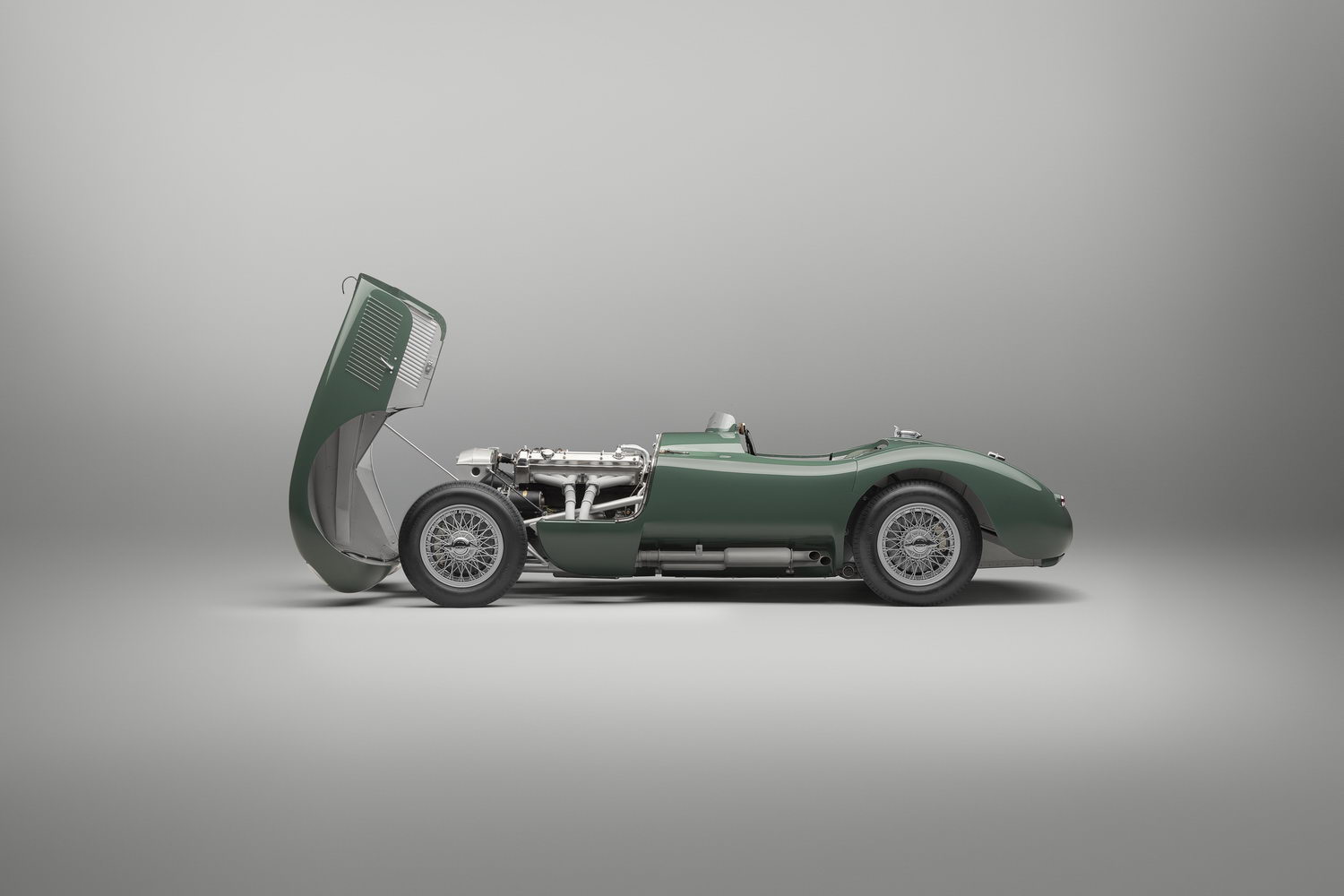 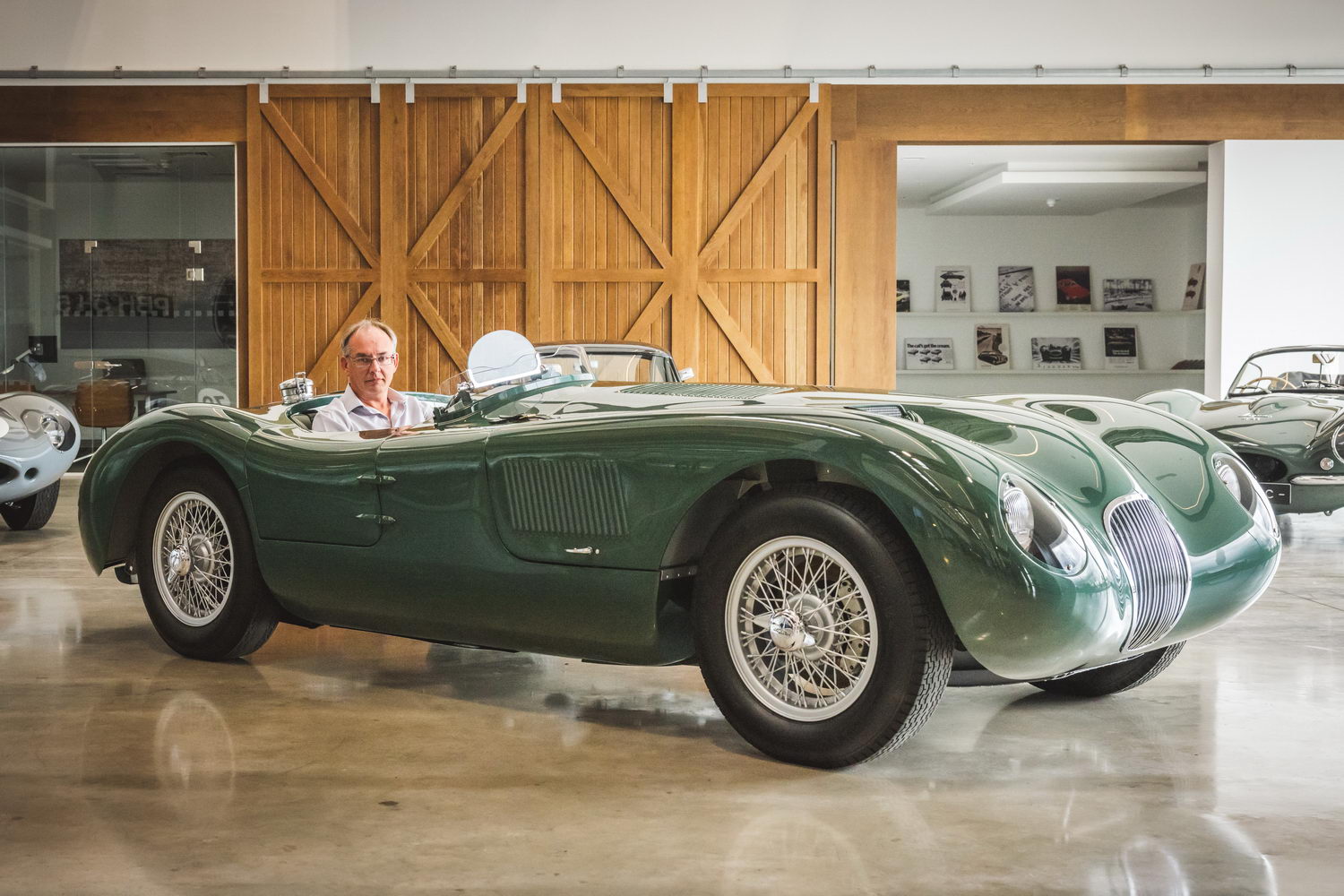 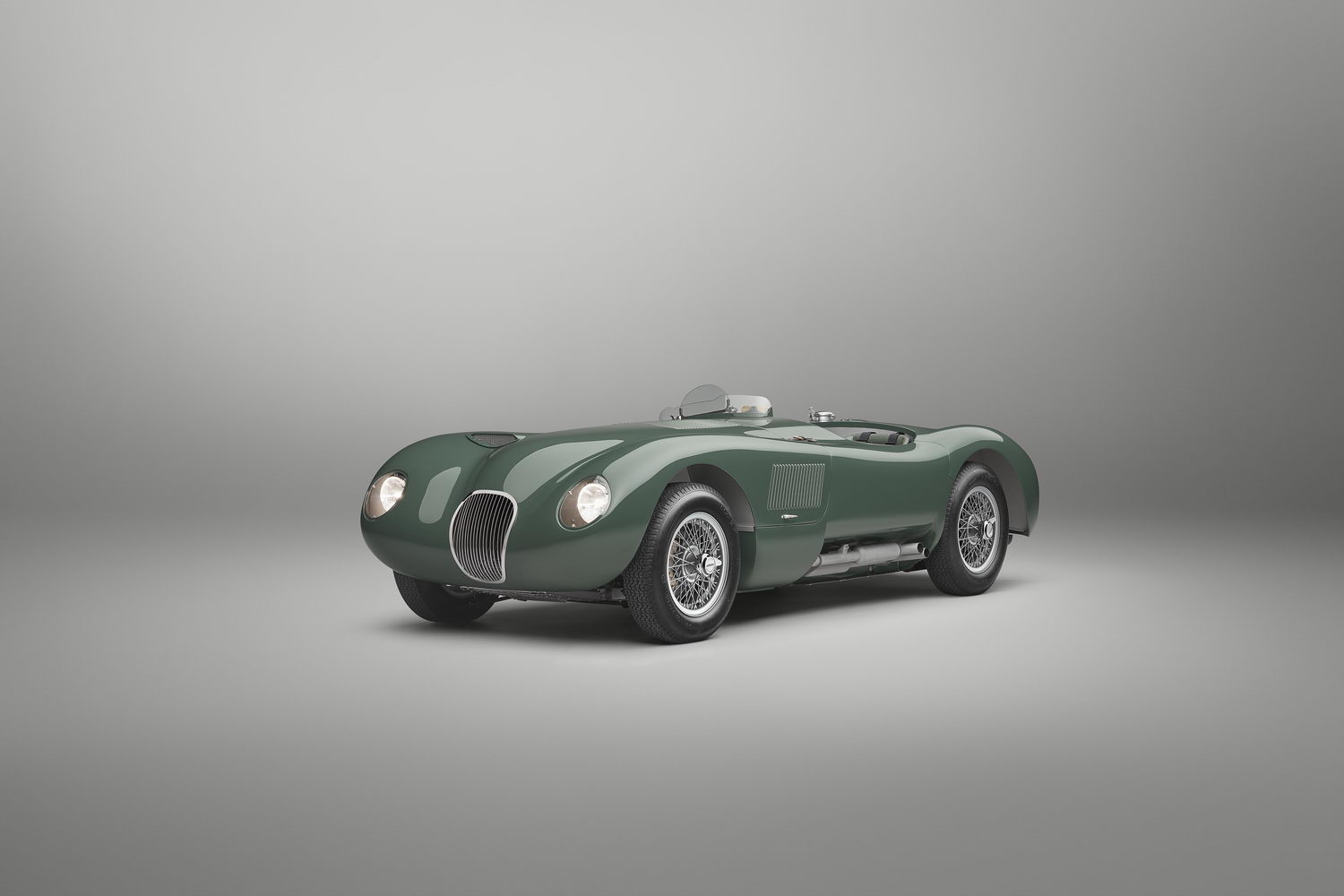 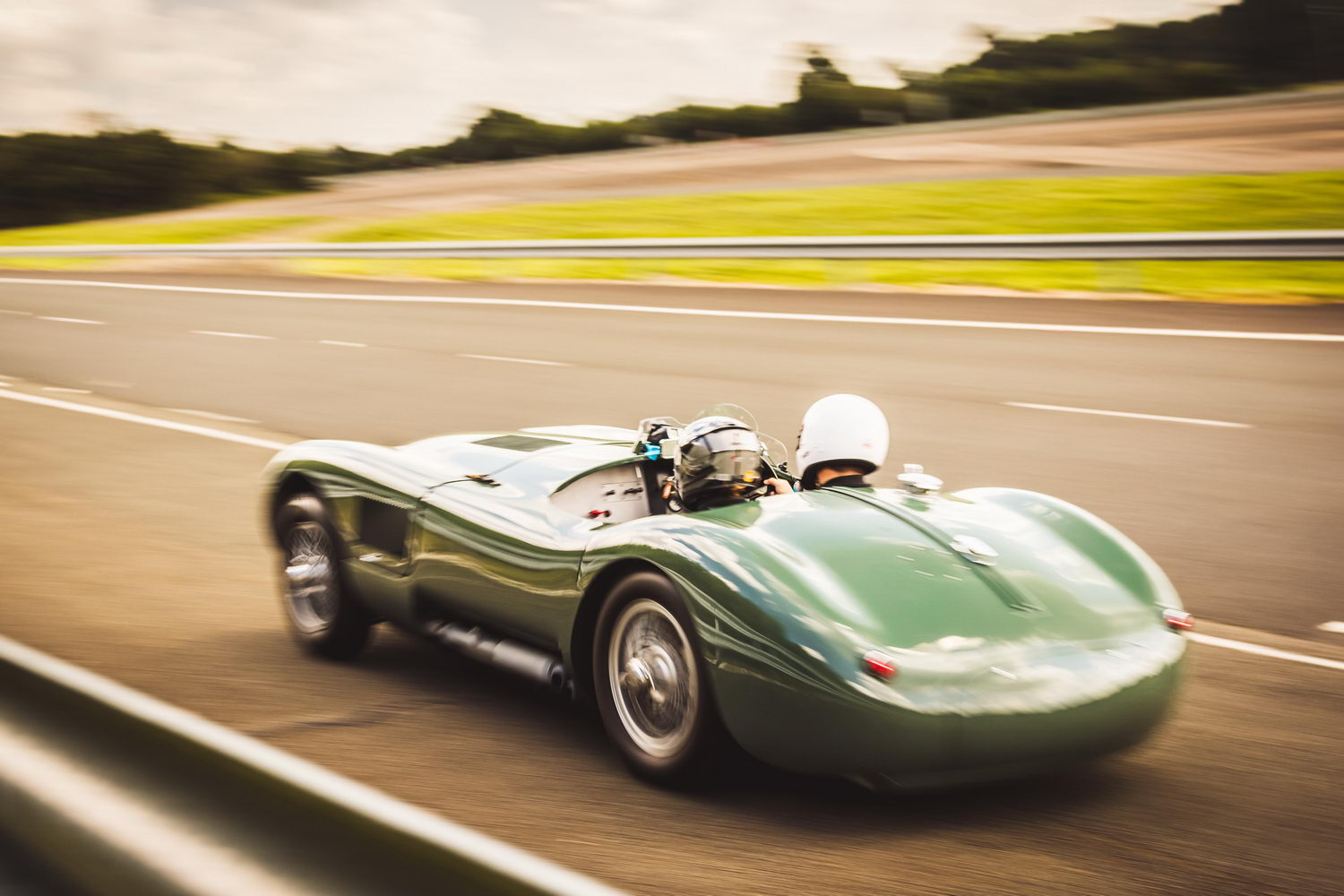 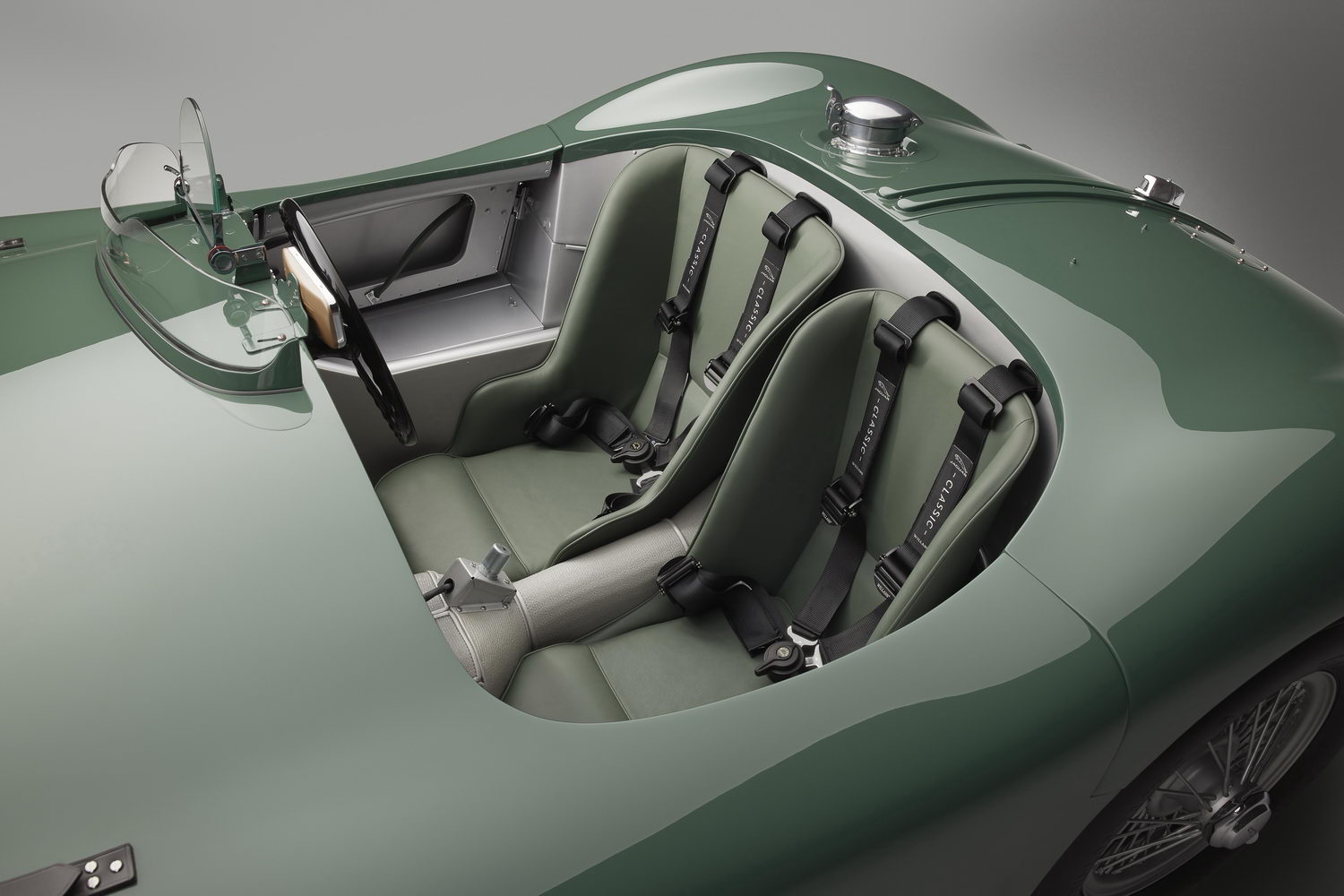 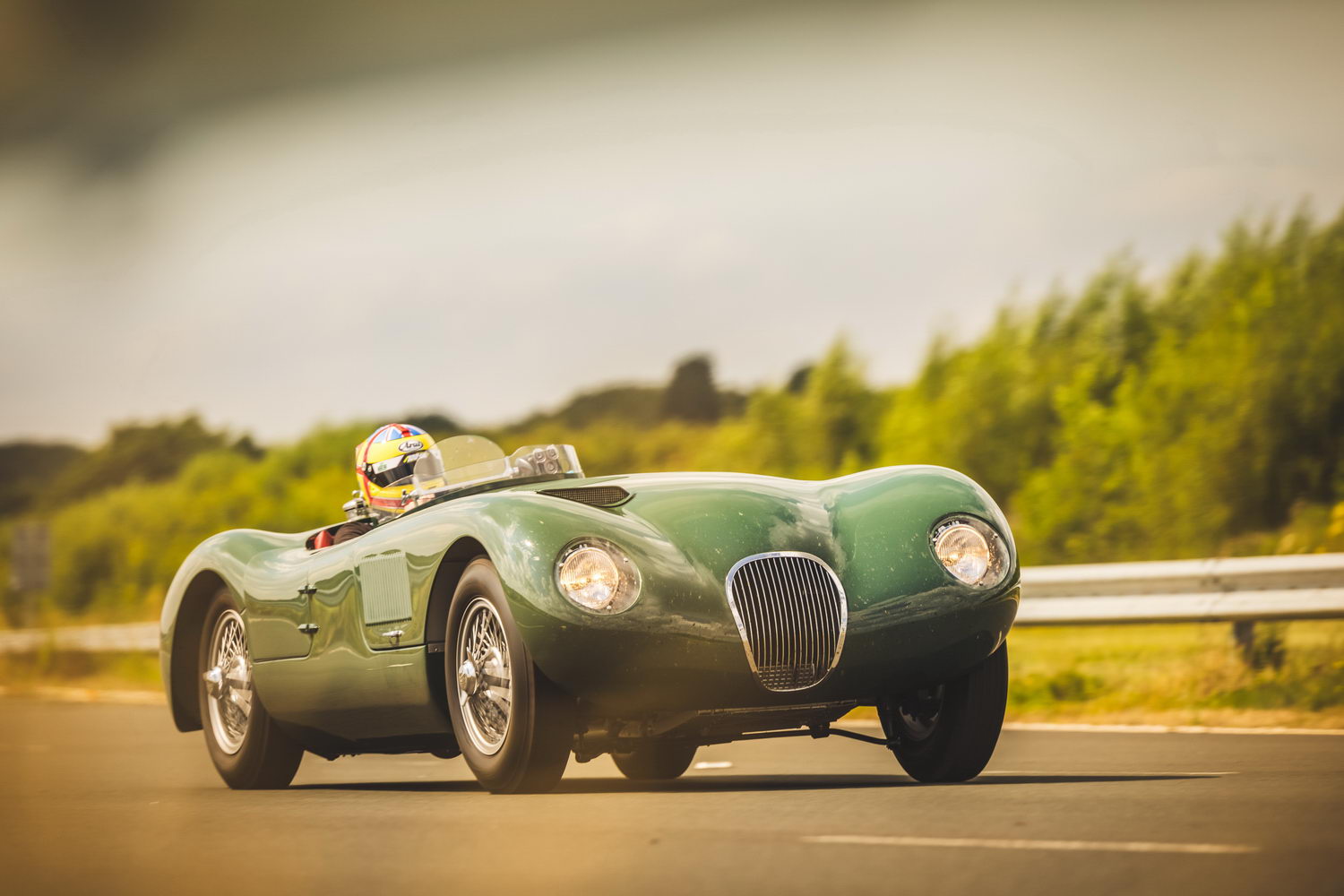 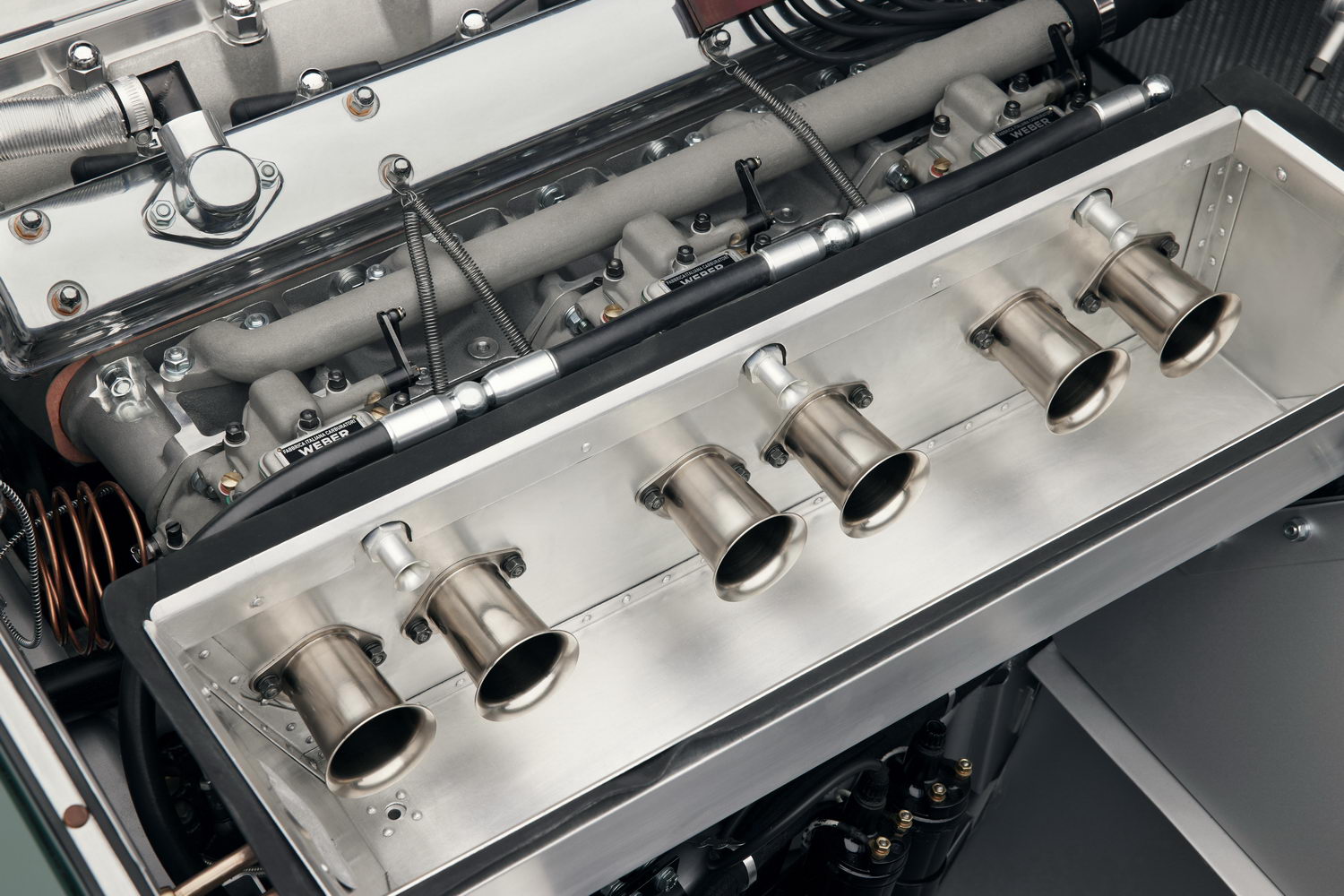 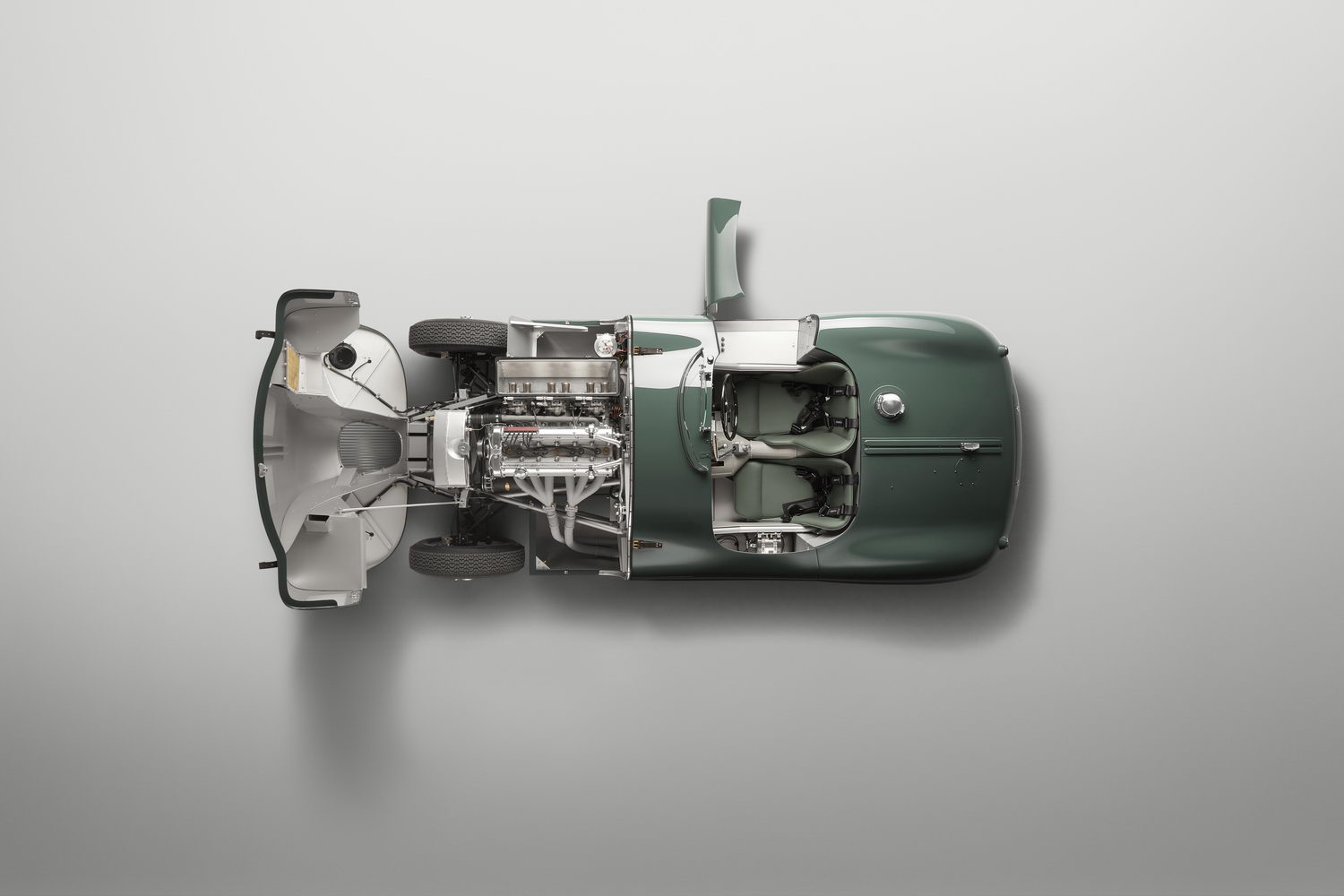 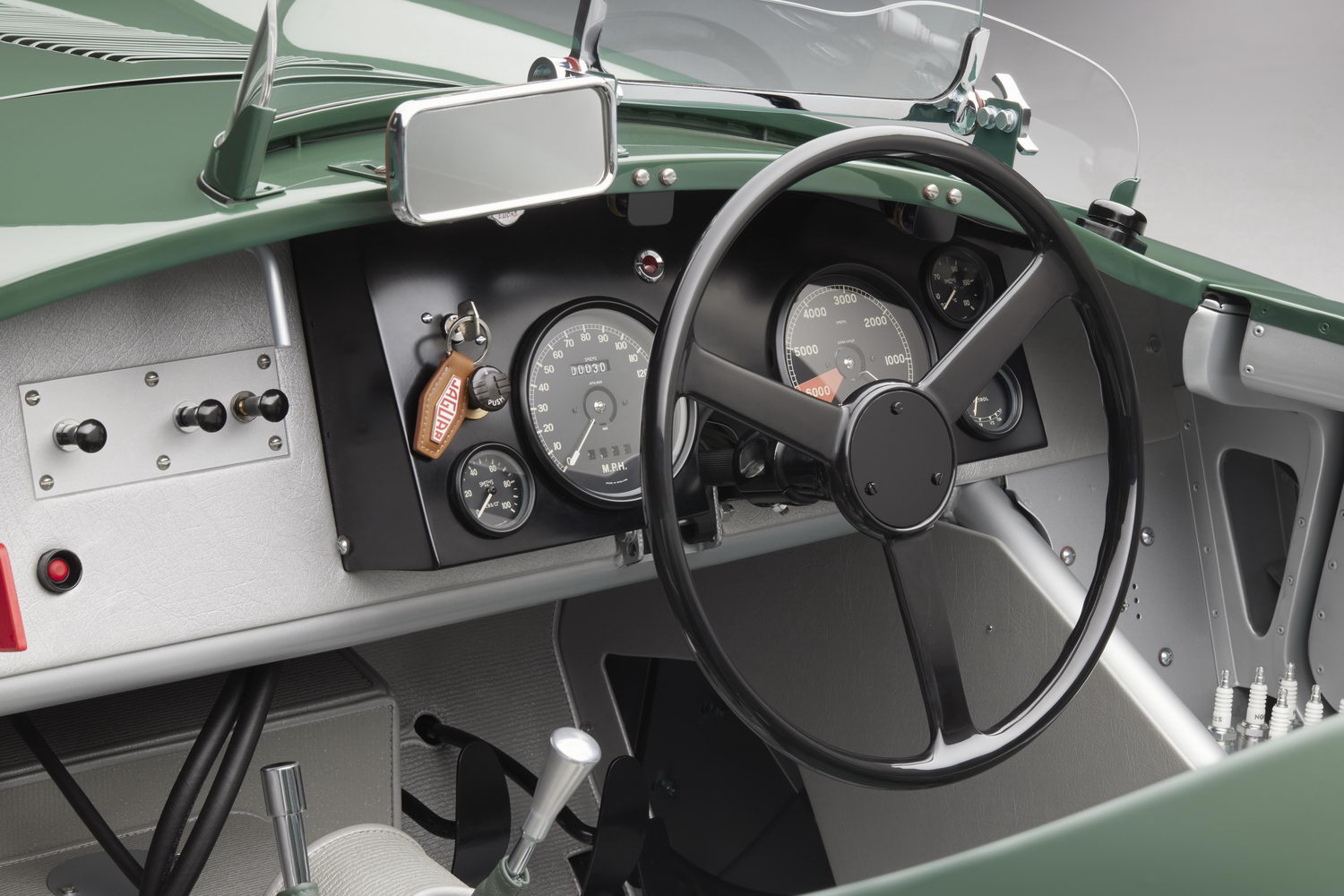 We get up close and personal with the stunning continuation version of the Jaguar C-Type.

Continuation models continue to be a thing, which is interesting because they can't usually be driven on public roads and are really just for wealthy collectors. The latest is the Jaguar C-Type, but with a number of the owners (of the up to 16 examples) showing an interest in taking theirs racing, at least some might be used in a way that fulfils the passion in their design and engineering. The prototype for the limited run of cars, each costing up to €2 million, has been revealed and we were given an early look at it ahead of its public debut this week at the Concours of Elegance at Hampton Court in London.

Why's it so special?

The C-Type was partly the brainchild of Jaguar designer Malcolm Sayer, who also penned the E-Type. He was an aircraft designer and aerodynamicist who joined Jaguar in 1950. The following year a pair of engineers went to watch the Le Mans 24-hour race in France and returned suggesting Jaguar needed to build something that could win it.

Boss and founder of Jaguar, Sir William Lyons agreed and asked Sayer to design it. Originally called the XK120C, because it used an upgraded engine from the XK120, the car was designed, developed and tested in just six months. Beneath that curvaceous bodywork was a tubular chassis and an engine pushing out 200hp. It was also the first car to use disc brakes. Developed by Dunlop for use on aircraft, the C-Type was a pioneer for the brakes that would go on to be used in the cars we drive today.

Straight from testing it was driven to Le Mans, where drivers Peter Walker and Peter Whitehead took the overall win. This immediately grabbed headlines around the world, especially in the US where the win did wonders for Jaguar sales.

The following year the cars overheated at Le Mans, but then in 1953 the team returned and finished first and second overall, averaging 100mph over the course of the race for the first time and breaking the lap record at the circuit.

It is the 1953 car that has now been recreated by Jaguar Classic, ensuring that each customer can at least consider taking to the track.

So they can be raced then?

Yes they can, because they are perfect replications of the famous 1953 Le Mans-winning C-Type, complete with the spare set of spark plugs in the driver's door sill, just in case the plugs burn out on the starting grid. All will be eligible to compete in historic racing, including the Le Mans Classic, while a few key changes have been made to meet FIA historic rules, such as a new fuel tank, safety harnesses, enhanced brakes and an electronic ignition.

They also have slightly thicker body panels than the originals. The aluminium panels on the 1953 cars were just 1.2mm thick, but as Dave Moore, build engineer for the continuation models pointed out, the new versions are designed to last longer than just the period of a race. At 1.2mm, the aluminium buckles easily and who wants that in their multi-million-euro classic Jag? Instead, the thickness has been increased to 1.5mm for the continuation cars.

What else is special about the build?

The team at Jaguar Classic were fortunate to have access to the original drawings of the C-Type, held by the Jaguar Heritage Trust, along with the engineering ledger containing details of over 2,000 parts. The ledger has been crucial because the team explained to us that very few proper details were kept during production of the original as the focus was only really on Le Mans.

It has taken two and half years to put the project together and for the first time the team created a 3D digitisation of the whole car. This was made slightly easier by the fact that Sayer didn't actually draw the original - he used mathematical equations to create the perfect aerodynamic shape. The data points he recorded could then be put into a computer to provide the design and engineering images.

Each car will take around 1,000 hours to build and relies on a network of suppliers, some of which provided components for the original cars. During its production period in the 1950s, only 53 cars were built, 43 of which were for private owners. Given how limited the numbers were, what's really impressive is that the team managed to find a number of original components for the continuation models. These include the rear-view mirror and the fuse box cover.

The C-Type completely changed Jaguar at the time. The XK120 was doing alright, but the Le Mans victory turned a spotlight on Jaguar and began a period of momentum that only increased with the arrival of the E-Type. Whether you see the point of paying between one and two million euros for a non-road-legal recreation is up to you to decide, but there's no denying that the design and engineering of the C-Type continuation makes it a very desirable automobile indeed.