Mazda’s past gives us hope for the future 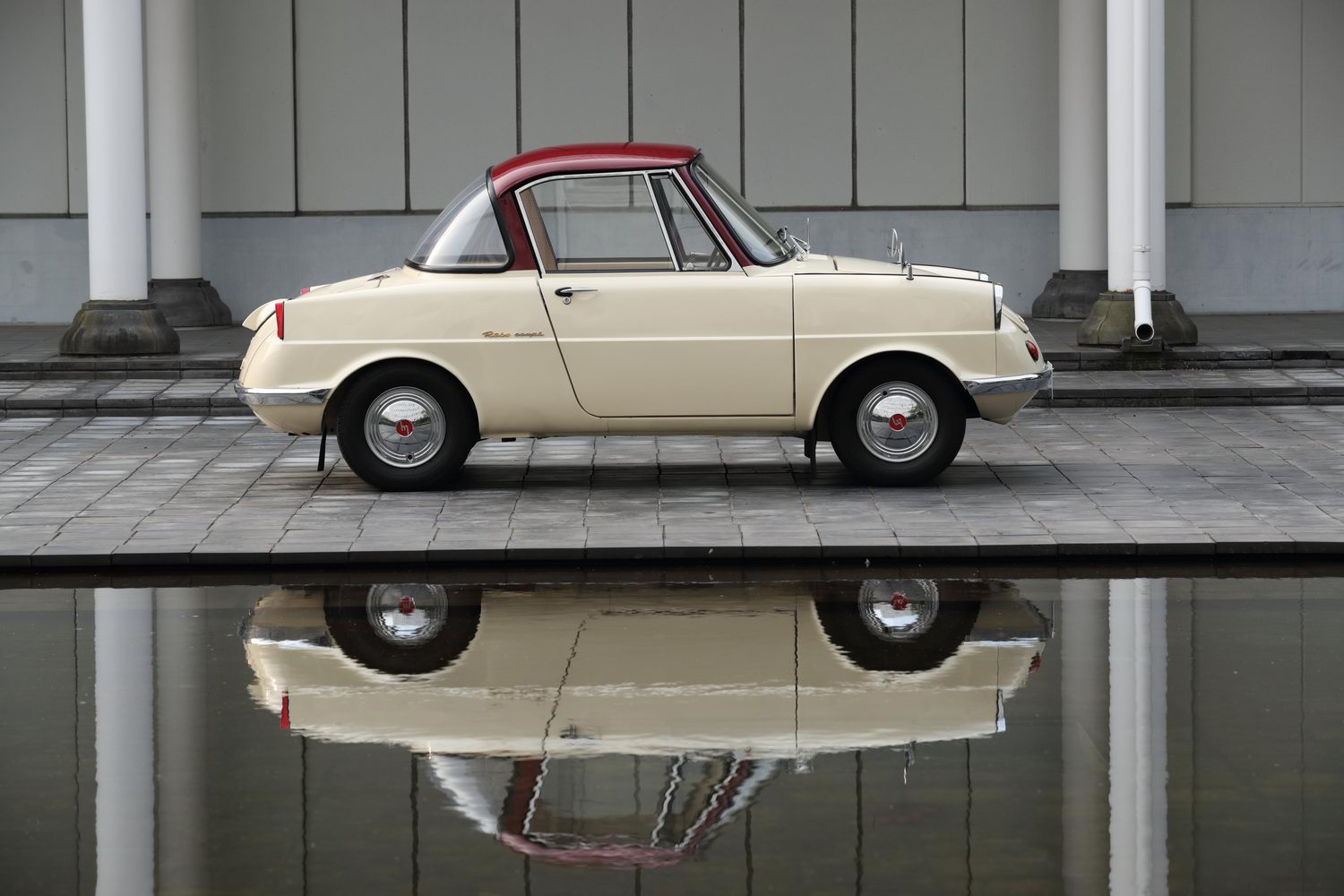 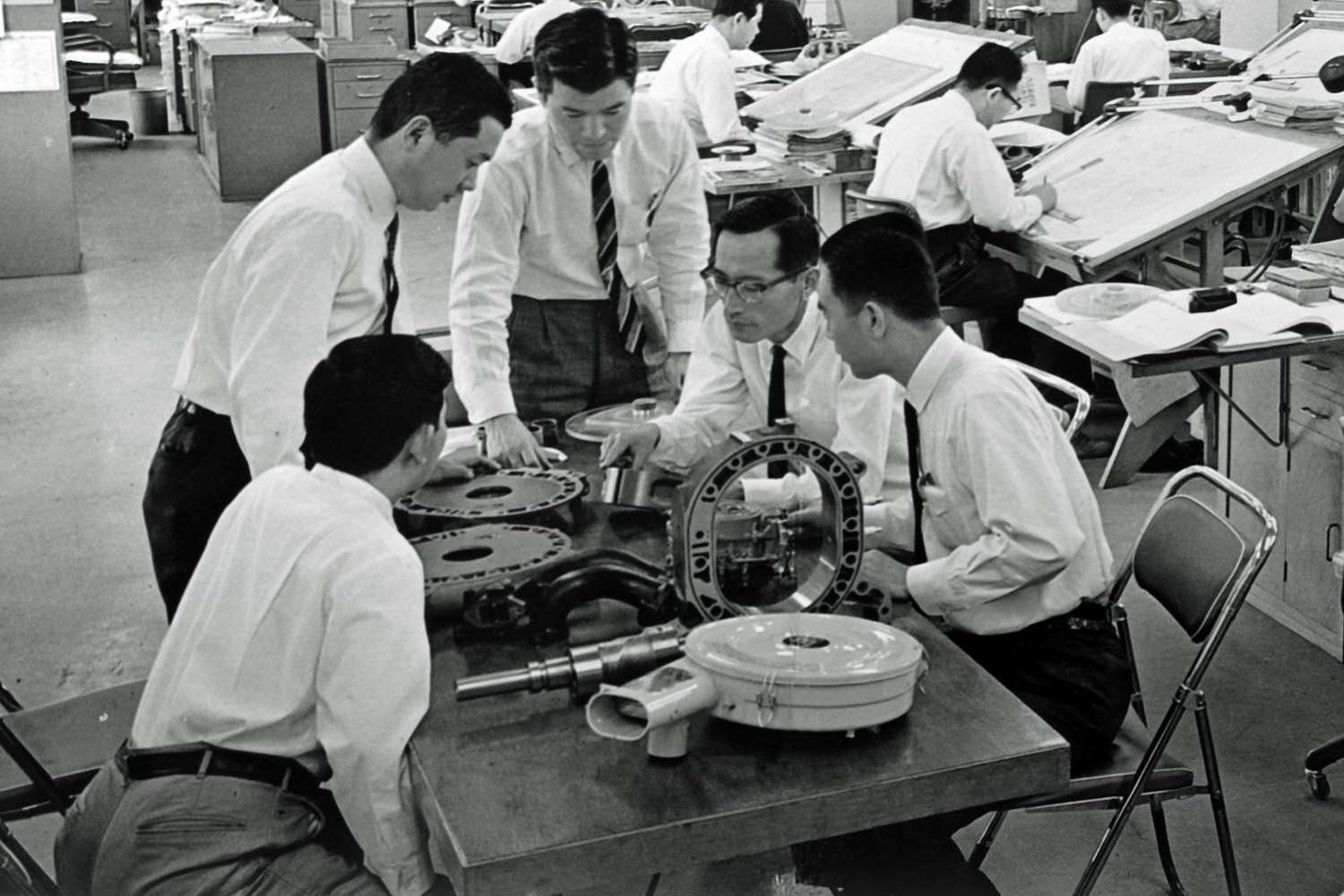 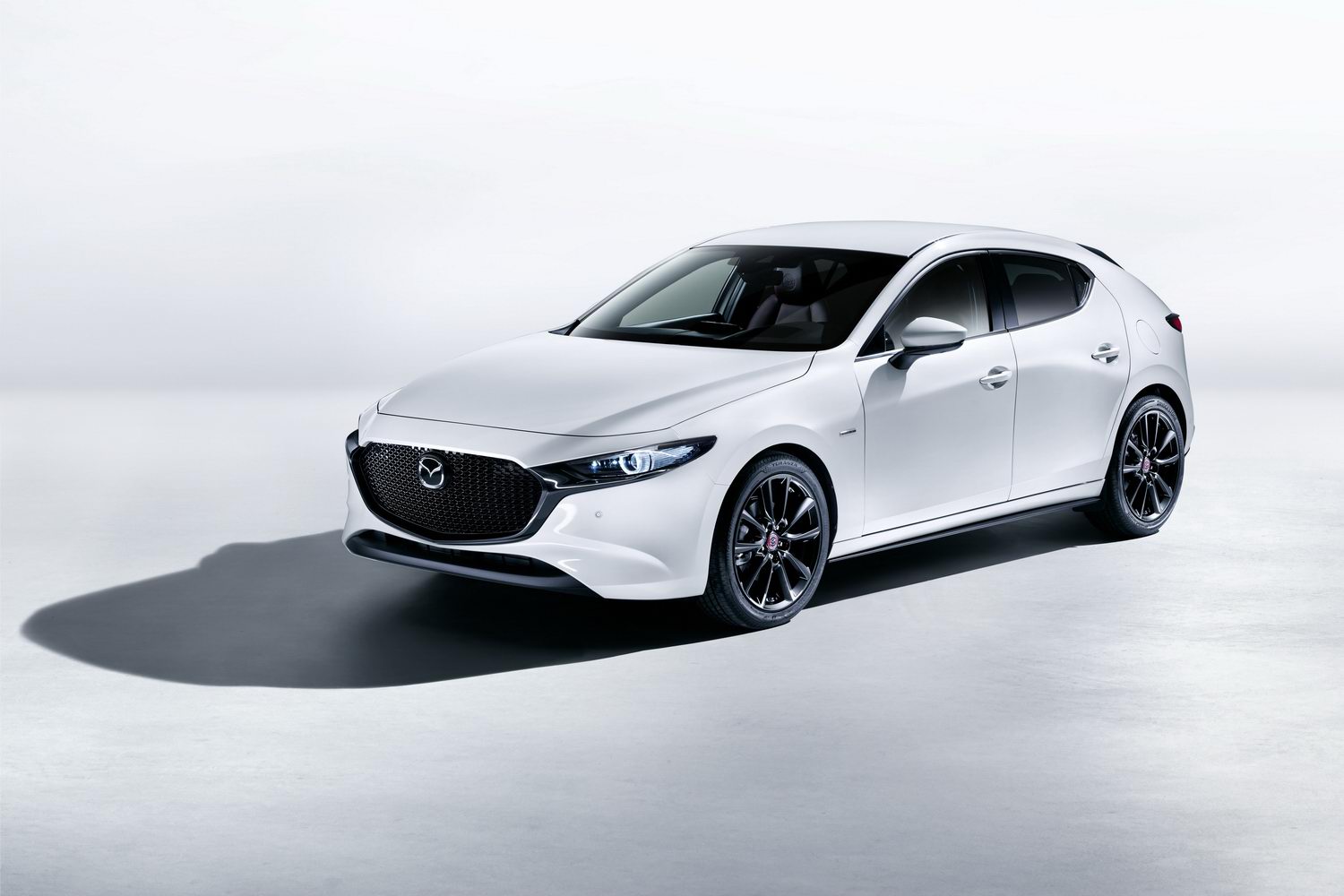 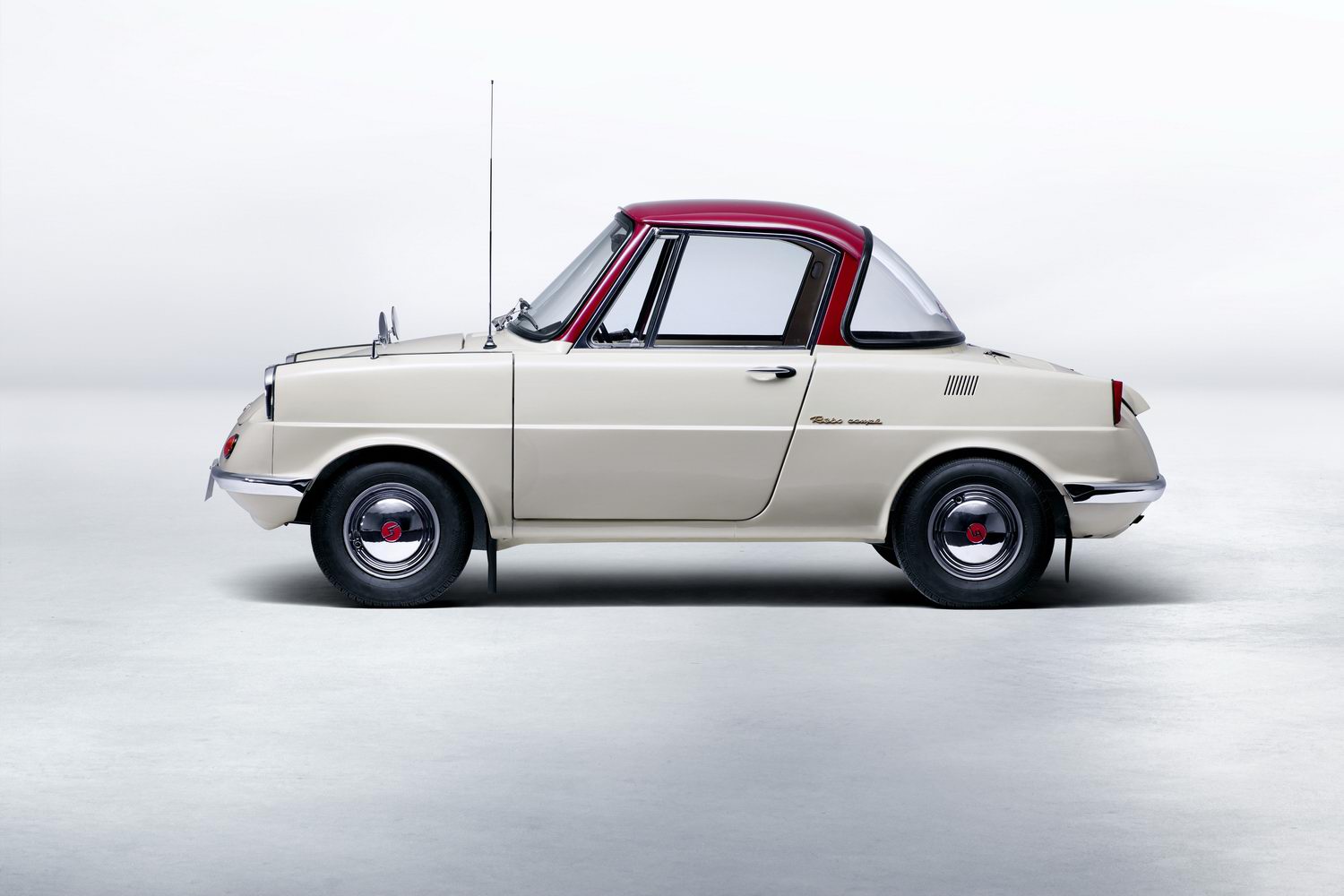 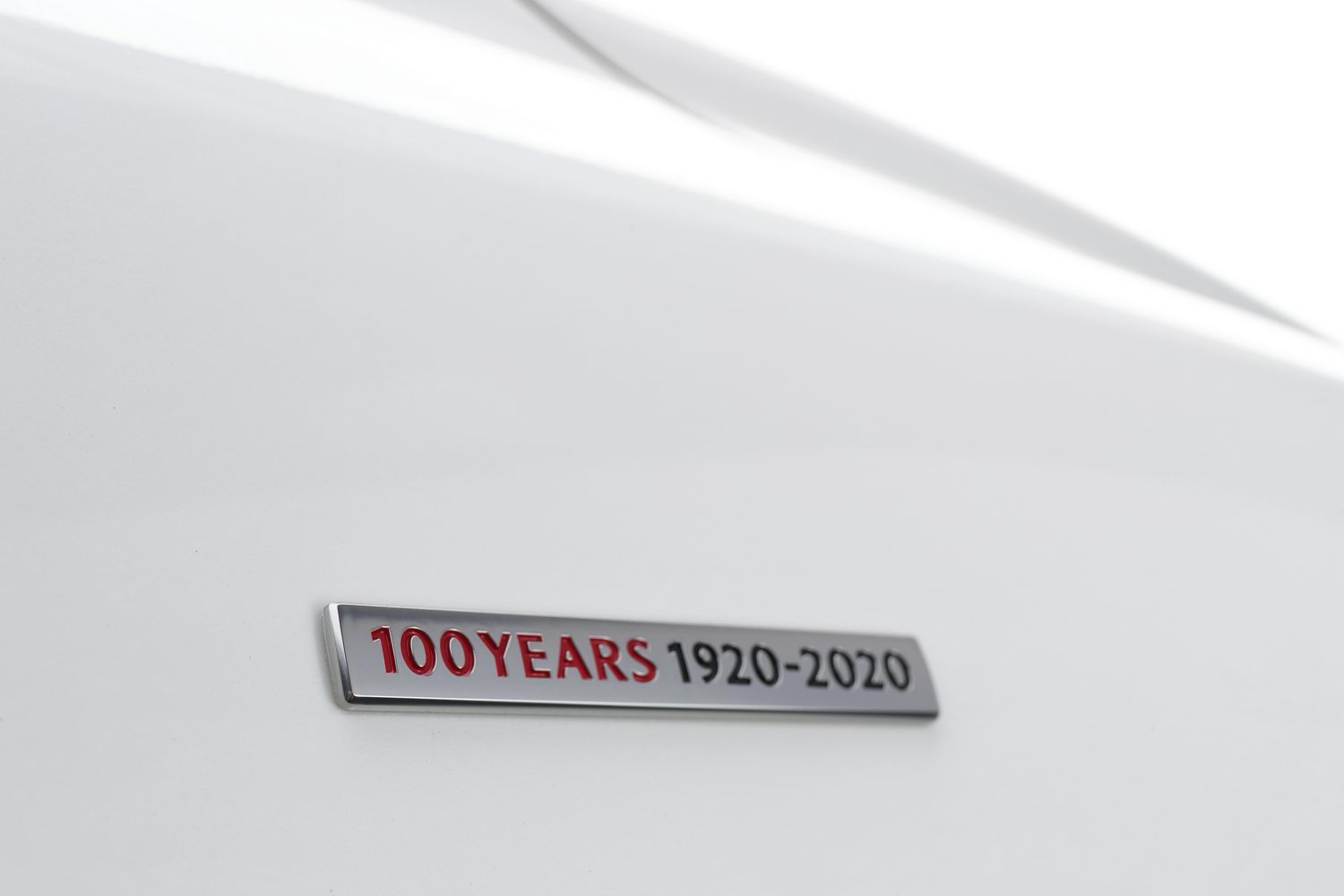 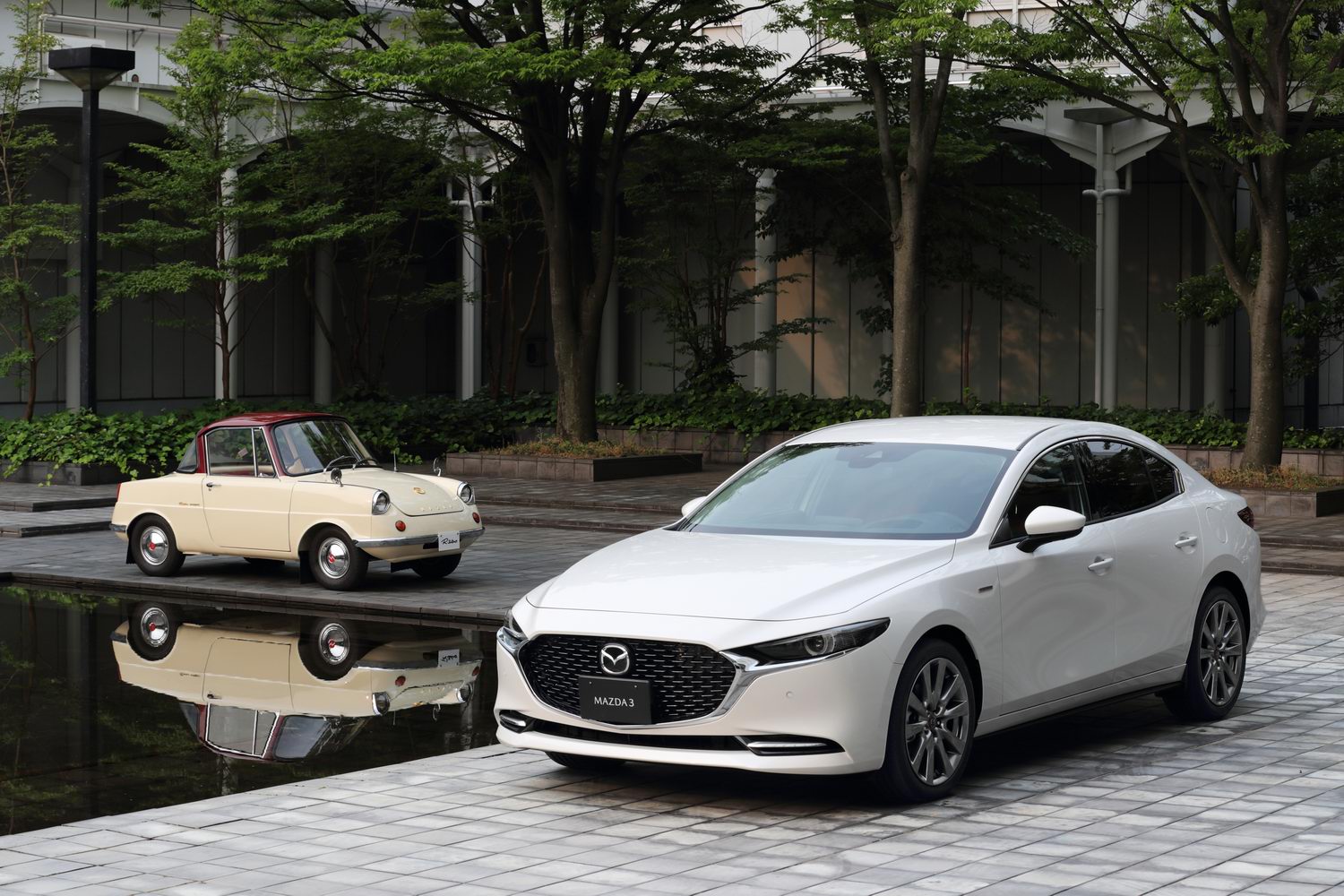 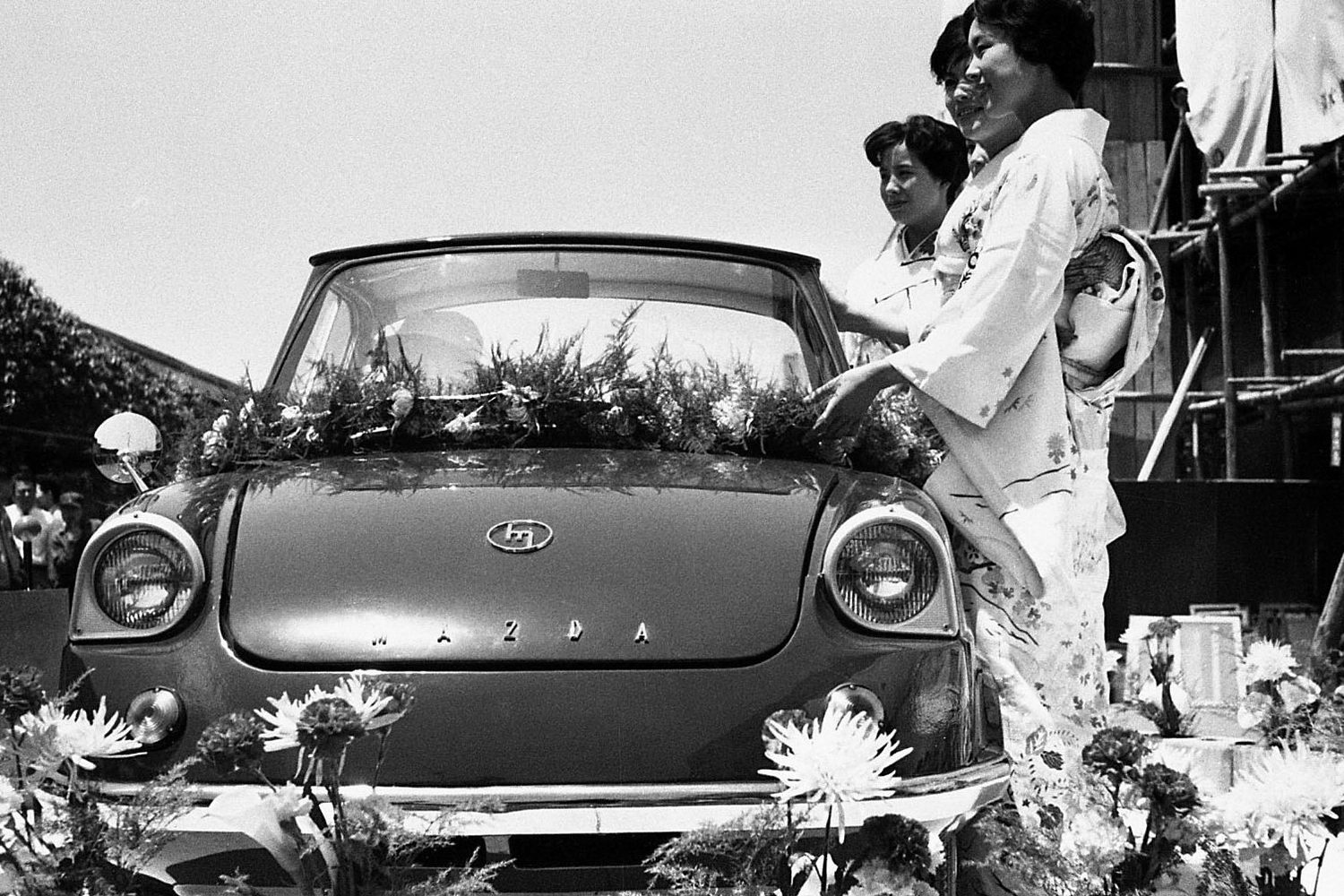 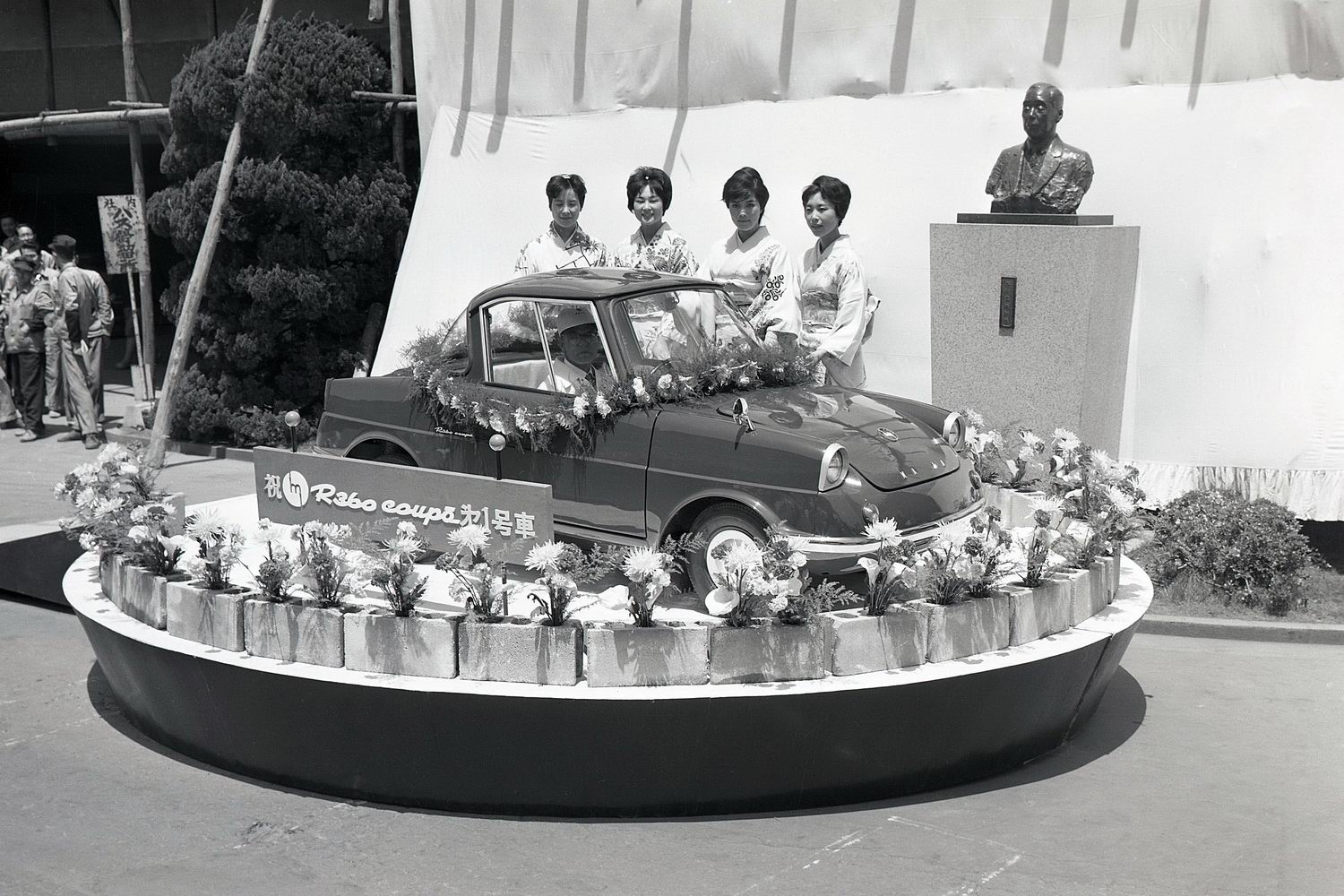 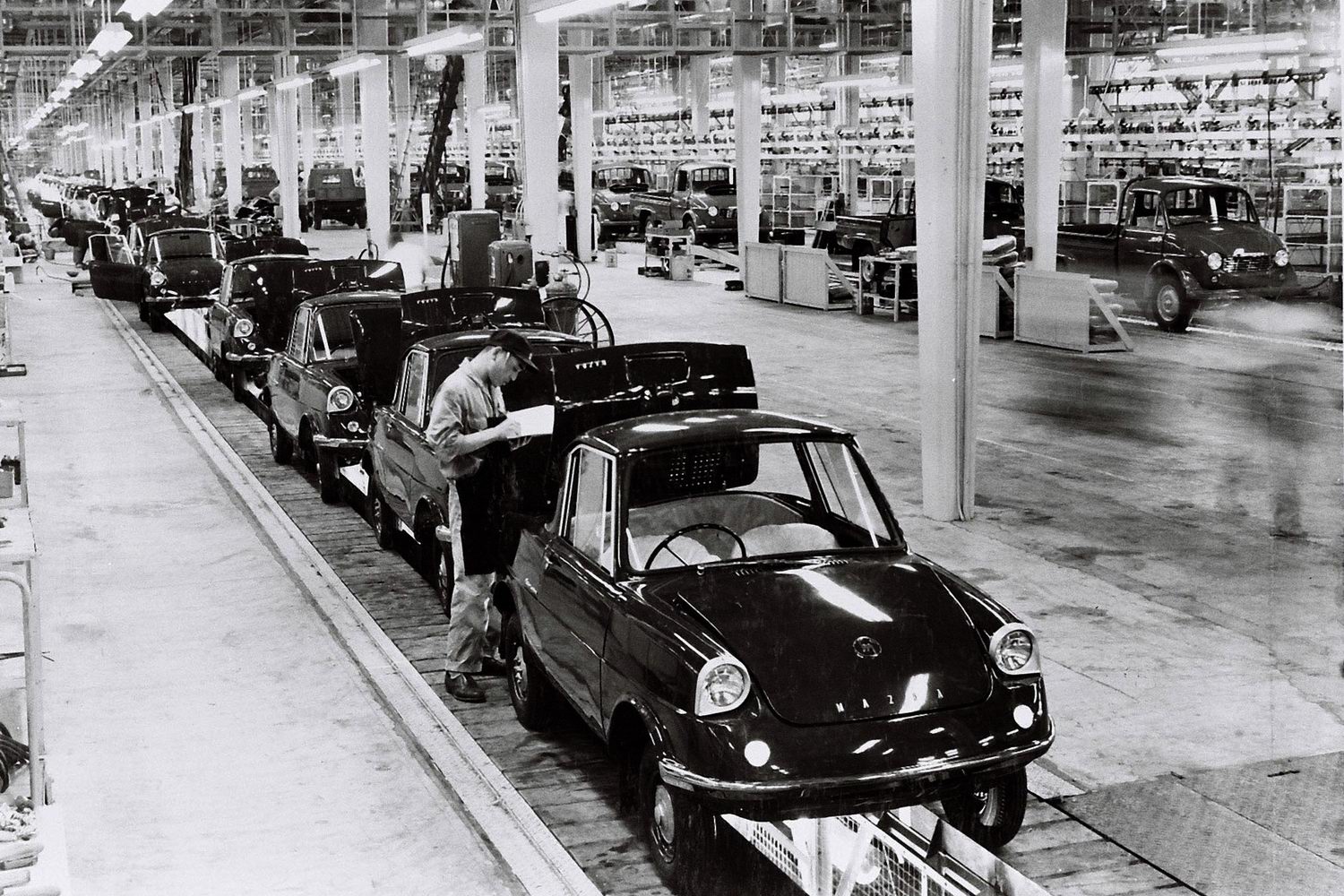 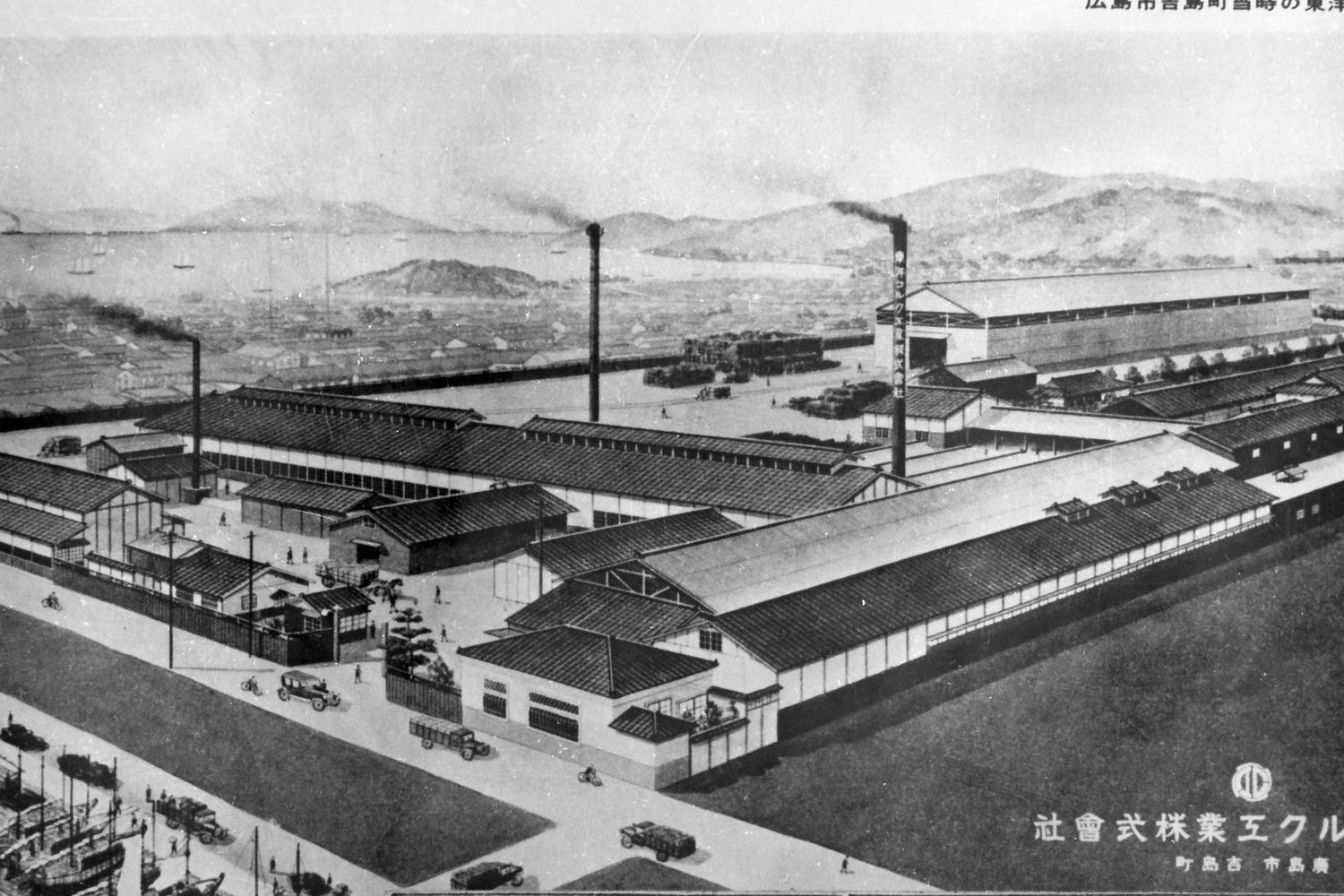 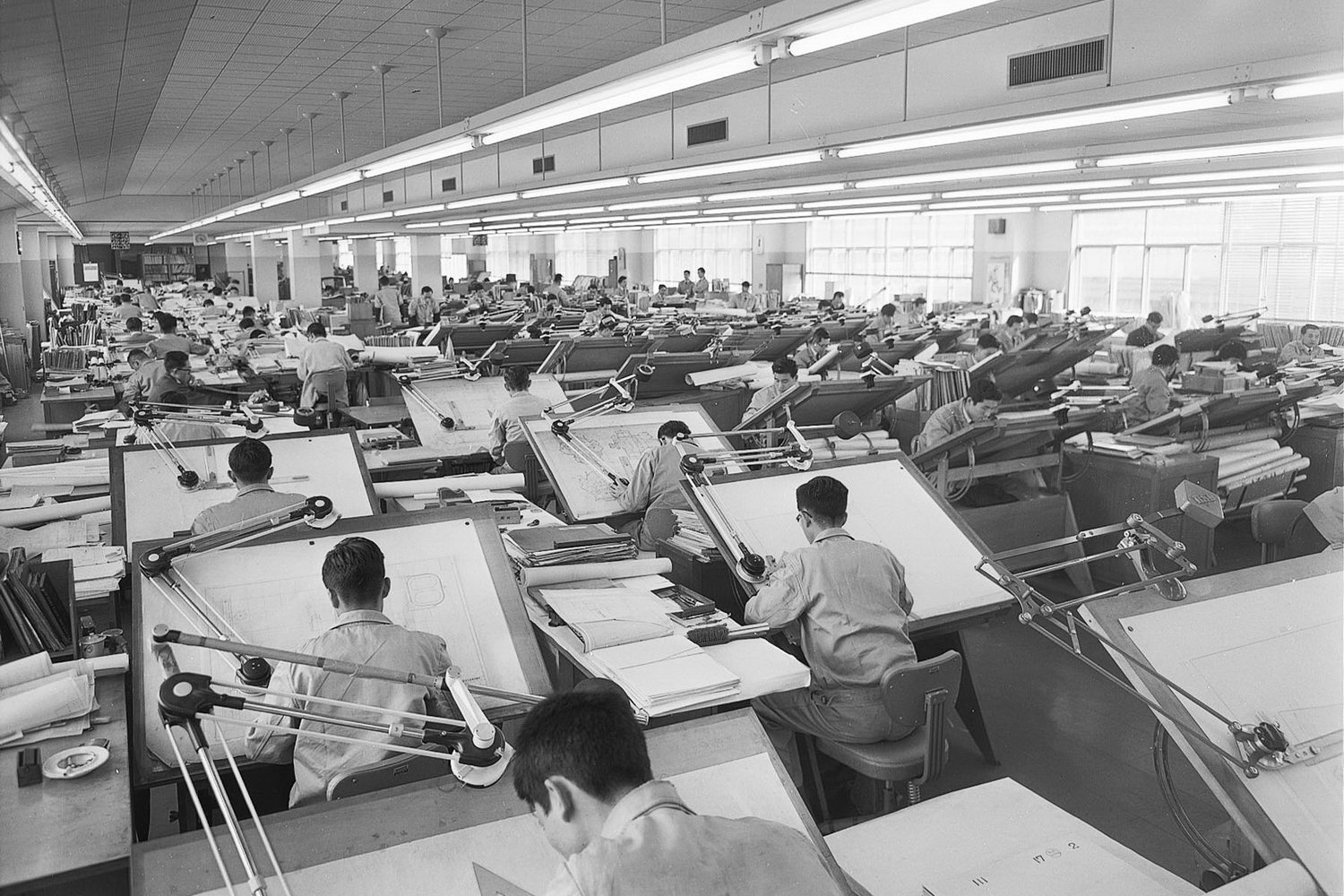 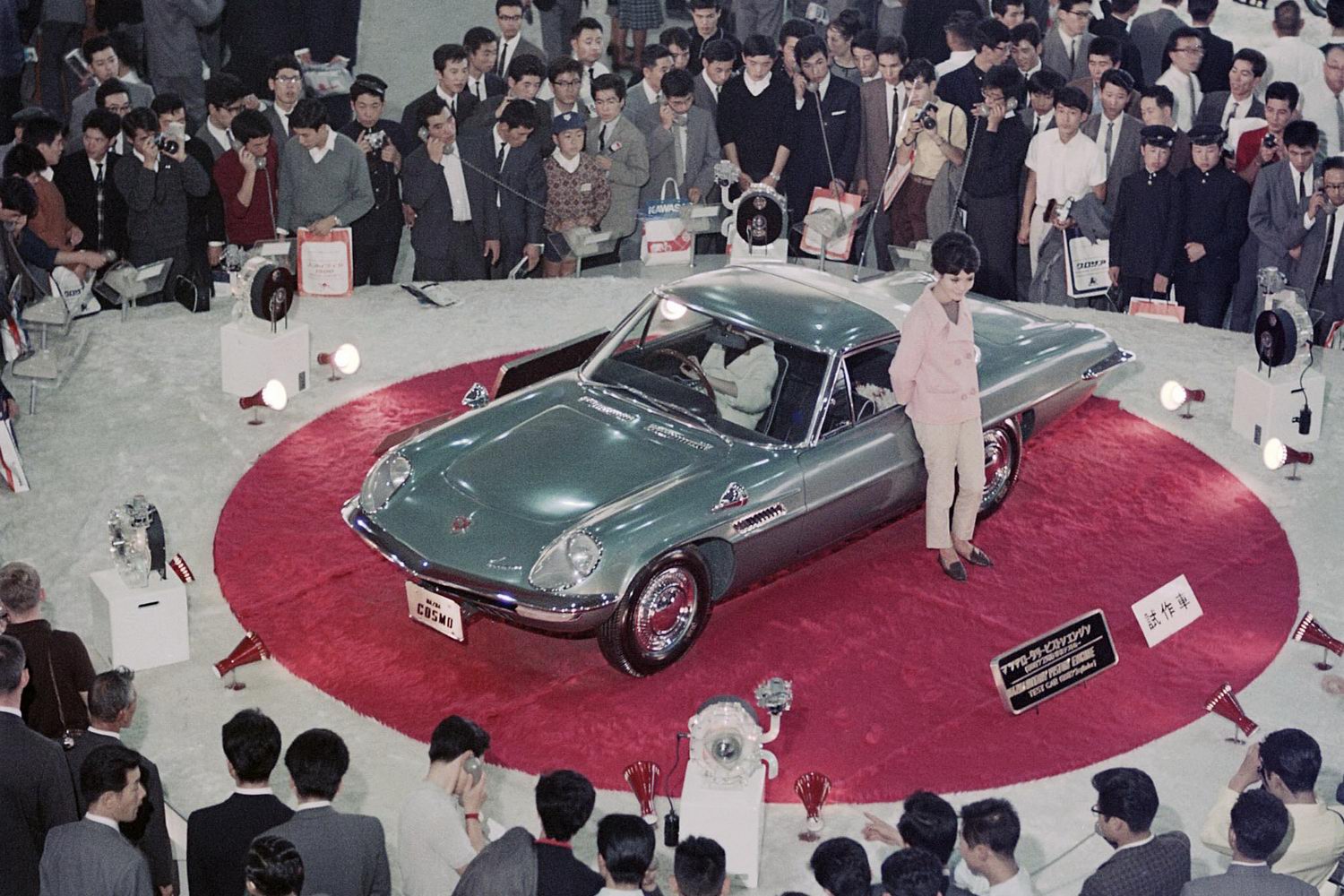 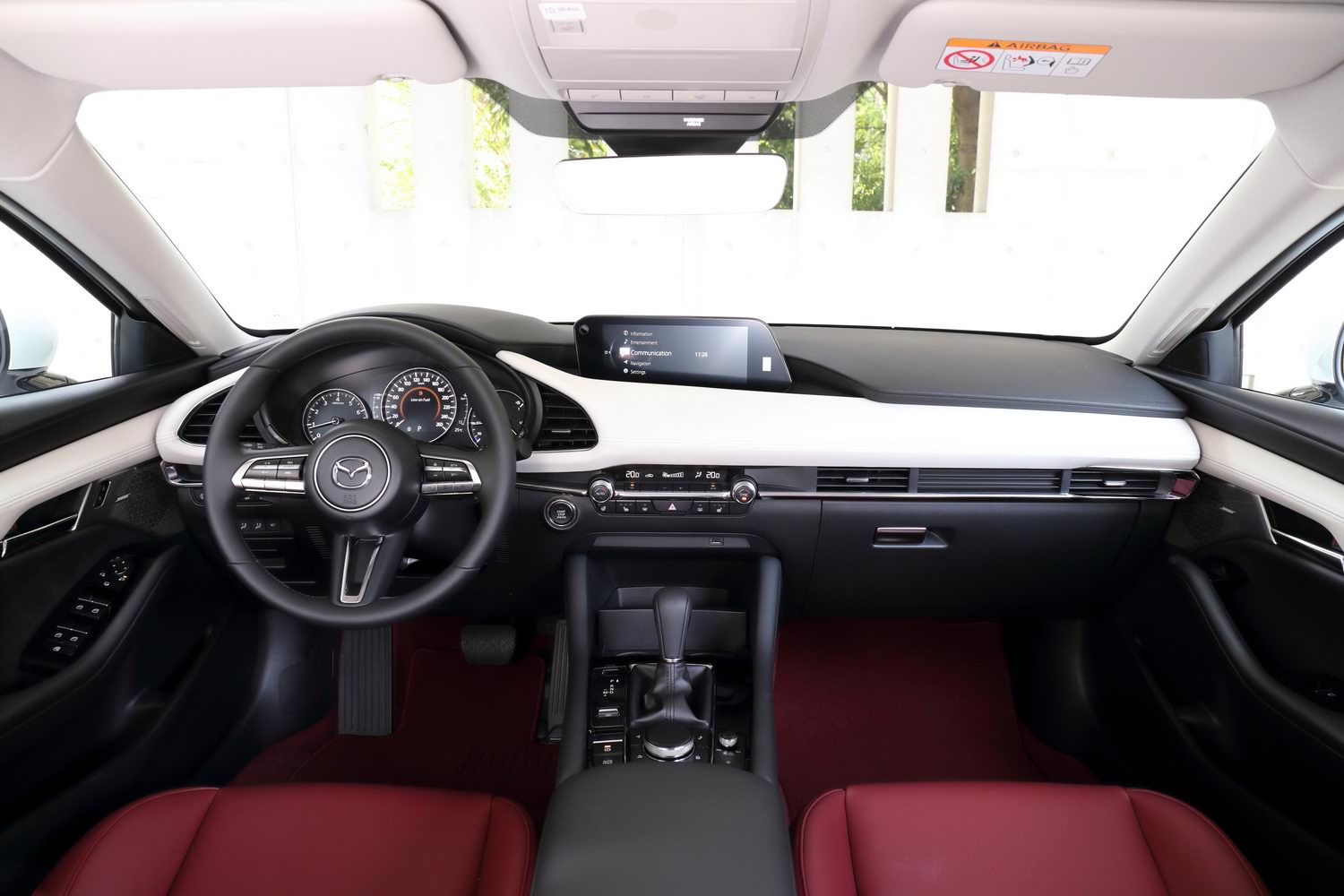 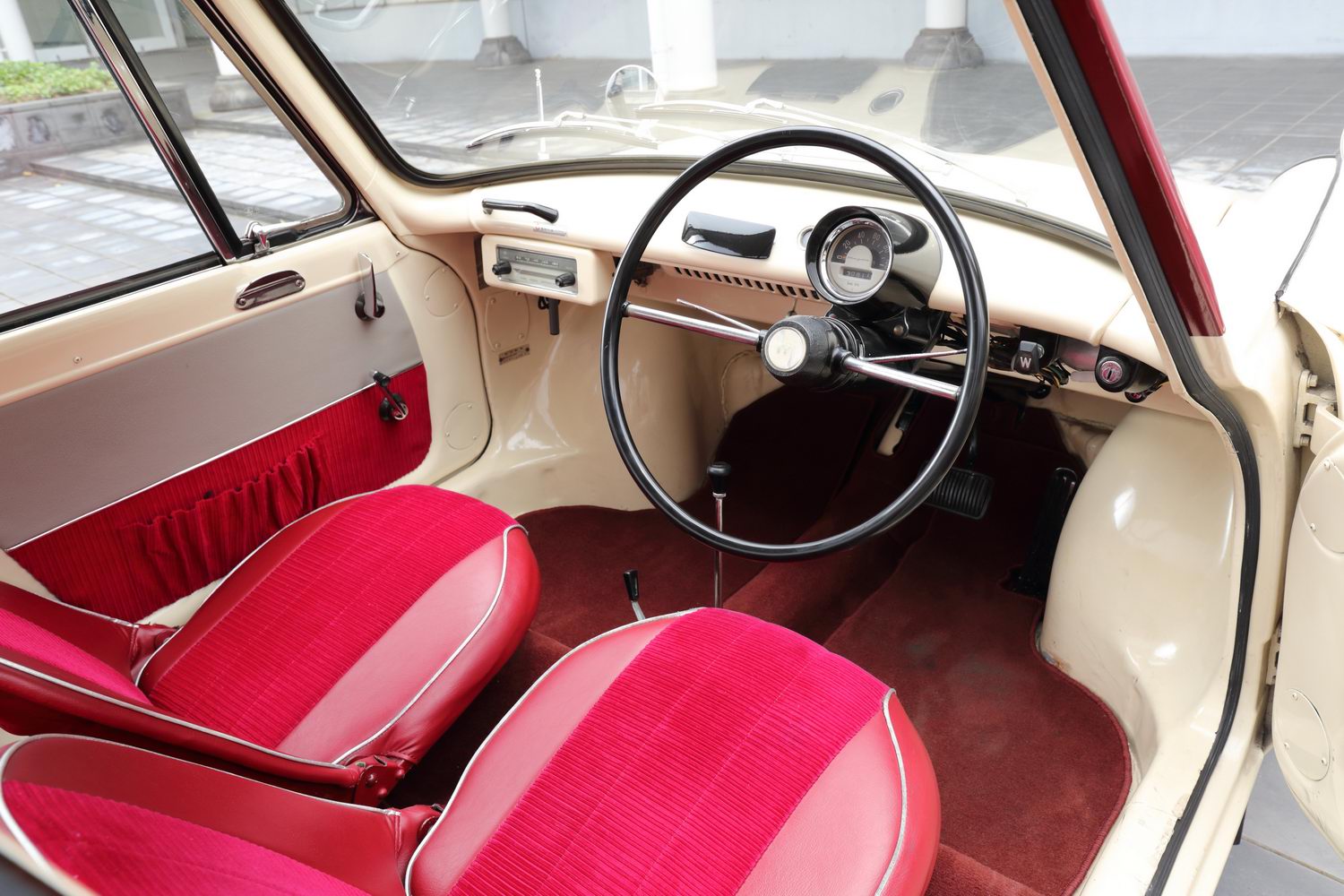 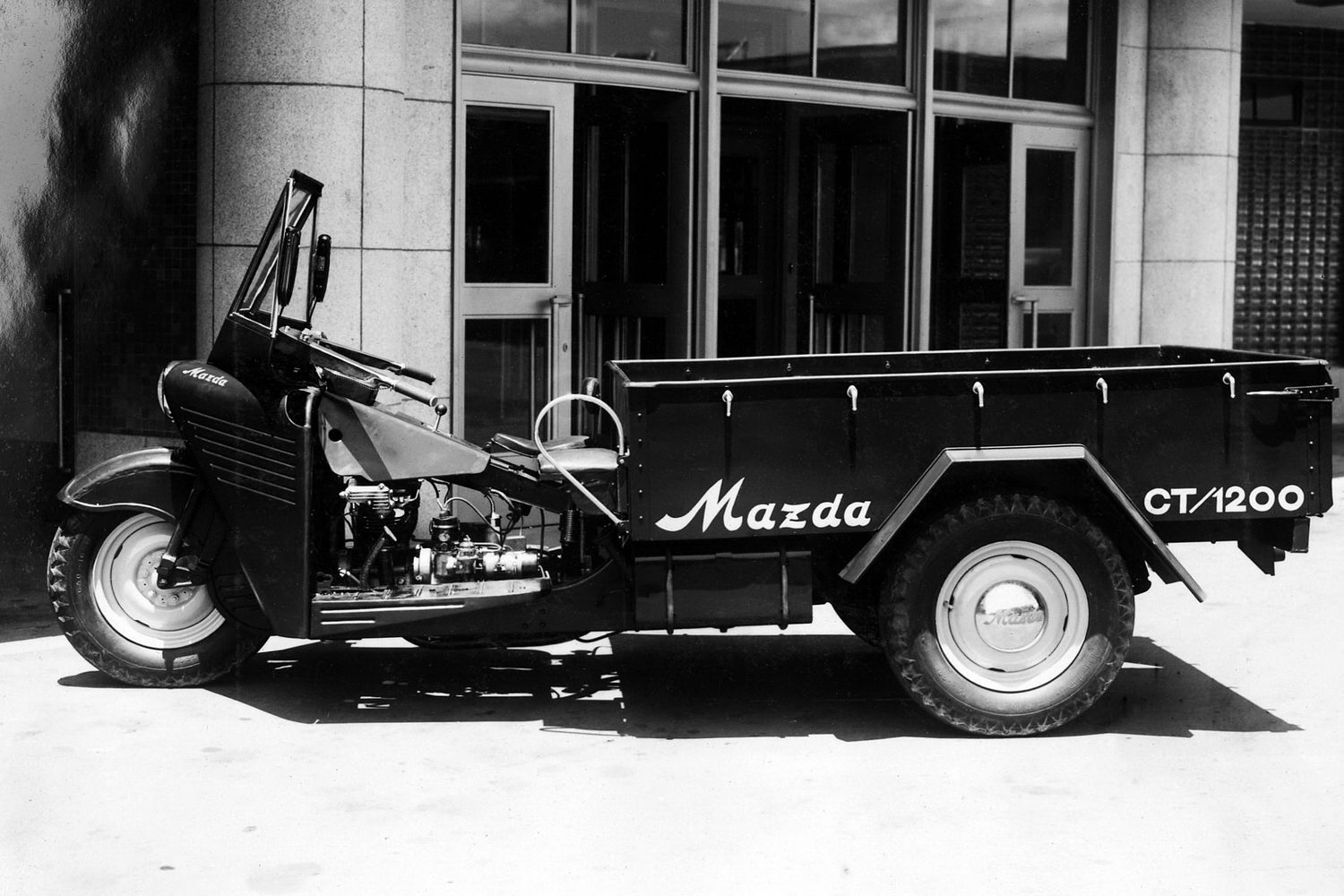 A century in business is worthy of celebration, but it’s Mazda’s post-war recovery that truly resonates.

We missed it. We missed celebrating Mazda's 100th anniversary, because it was last year. Last year was not a year in which to be jetting around the world, visiting historical sites and generally having a big birthday shindig, so perhaps we can be forgiven for offences against chronology if we actually take note, this year, of Mazda's 101st year in business.

Actually, the precise year and date doesn't really matter. The formation of Toyo Cork Kogyo was indeed in 1920, but it was in 1921 that Jujiro Matsuda - from whom we get the name Mazda - was persuaded to take the reins of what was then an ailing firm. Matsuda was a dogged businessman - his first venture, making mechanical pumps, was started from a rented 33 square metre cowshed. Toyo Cork Kogyo, as the name suggests, made cork, and Matsuda revived the company by creating a wallpaper-like cork sheet that could be used as an affordable form of insulation.

By 1931, Matsuda had expanded from making sheets of cork to making motorcycles. Well, actually he was making 'Matsuda Go' three-wheeled bike-cum-trucks - tiny things designed for delivery work, rather like a prehistoric version of a Piaggio Ape. It was around then that the Matsuda name started to be abbreviated to Mazda. Mazda was up, running and in the vehicle-making business.

Almost needless to remark, Mazda was drawn into the 'total war' Japanese economy of the 1930s. Just as Opel made trucks for the German army, Mazda made rifles for the Imperial forces of Japan. All of which came to a sudden end on the 6th of August 1945, at precisely 8.16am local time. Mazda's hometown, Matsuda's hometown, was and is Hiroshima, and at 8.16am most of the city disappeared in a ball of light and heat so intense it was if the sun had fallen to the Earth. The first atomic bomb had been unleashed.

A Mr. Nakao, a Toyo Cork Kogyo staff manager in the labour and training section, left the following account of that day: "When the citizens of Hiroshima suffered the air attack and evacuated to the east using the widest road, the first hospital they encountered was the Hospital of Toyo Kogyo. The hospital was already full of people who suffered from burns. More patients arrived one after another. The company opened up its canteens to accept those people, and even its dormitories were opened up for them. The company unlocked the warehouse and took out medicines as well as machine oil, lubricant oil, cloth materials and anything that were necessary for people in order to give them out, while mobilising all employees to provide the first aid to the victims. In the kitchen, cooks made rice balls for both workers and evacuees, and made rice soup for the injured. The company turned itself into a large first-aid station."

Mazda's official history of the event records that the damage to the Toyo Kogyo factory was 'slight' compared to the rest of the city, which had been: "Literally trashed into becoming an atomic desert." That slightness of damage meant that the Mazda plant would become a key player in what came next. While we can debate forever the morality of the company having been - bluntly - an arms manufacturer for a warmongering, totalitarian regime, Mazda's factory now became a hub for what was left of Hiroshima's local prefectural government, and the lynchpin of relief and recovery efforts that followed. Over the next few weeks, the district court, the local radio station, newspaper and food distribution centre would all operate from the Toyo Koygo factory.

It is hard for us, today, to imagine the devastation that Hiroshima faced. The city was, to all intents and purposes, gone. Some 12 square kilometres were destroyed, while 69 per cent of the city's buildings were gone. In an instant. Allied air forces had been relentlessly bombing German and Japanese cities for more than two years to achieve not half such destruction.

Yet by October, Toyo Kogyo was back in business. GHQ, or to give it is full title, General Headquarters, the Supreme Commander for the Allied Powers, embodied by the gruff, megalomaniac General Douglas MacArthur, needed to set about rebuilding Japan. Lessons learned from the harshness of the 1919 Versailles Treaty showed that once defeated, it was better to build a former enemy back up to be an ally, and Japan was about to become a shining example of just that.

In flattened, irradiated Hiroshima, Toyo Kogyo was to be a major part of the effort, starting up production of bicycles, machine tools and, most importantly, the three-wheeled Mazda-Go motorcycle-truck. Those trucks, made in only handfuls at first, were made from steel scavenged from old military fuel tanks and wrecked train carriages, but they were critical in those first steps of rebuilding. Toyo Kogyo was as culpable as any Japanese company in assisting the country with its invasion and subjugation of others - most notably in China, Korea and the Philippines - but now it was turning almost-literal swords into ploughshares, and building a new Japan. Germany gets credit for its post-war 'Wirtschaftswunder,' but arguably Japan's revival was greater still, considering the devastation that war wrought on its cities and people.

Now, 101 years after the company got started, 76 years on from the atomic bombing of Hiroshima, I'm sitting in a shiny, white Mazda3. It's a 100th Anniversary special edition model. The paintwork is a lustrous metallic white, which sets off - rather nicely - the dark red leather interior. Garish? Not really - it's a nod both to the Japanese flag and to Mazda's first car, the dinky little R360 coupe that was launched in 1960, and which often came in a red-and-white colour scheme.

Under the bonnet is an updated e-SkyActiv X petrol engine, which is now genuinely capable of returning diesel-like fuel economy, but with petrol refinement and smoothness, and which to someone who worked on the original Mazda-Go production lines would doubtless seem more akin to an alien species than a distantly related product.

Like most modern Mazdas, it's a little too expensive for its own good, relative to direct rivals from Volkswagen, Toyota and Ford, but it has a depth of quality in its engineering that, for me, elevates it above such petty concerns. It's not built in the same Hiroshima factory, but in a more recent plant, just up the road, in nearby Ujina.

Ujina overlooks a rebuilt and reconstituted Hiroshima, a bustling, busy, prosperous city that still bears its atomic scars, that still makes sure that the wrecked dome of the Genbaku Hiroshima Prefectural Industrial Promotion Hall, nowadays known as the Hiroshima Peace Memorial, is preserved as a reminder of the horrors of war.

Why does this all feel so significant right now? Because while we haven't been nuked, nor anything like it, we have suffered and survived through our own modern-day crisis. It will take decades to fully understand and reflect upon the effects of Covid, but it does feel - right now - as if we're at a similar point to that of the Toyo Kogyo company in October 1945. We've been flattened, had to deal with death and despair, and now we might just be on the cusp of rebuilding again.

That Mazda prospered, that Hiroshima recovered, and that we can these days idly debate the relative merits of the SkyActiv-X engine and Mazda's pricing structure shows that, as the graffiti says, it won't always be like this. Recovery can take time, and won't necessarily follow a linear path, but it will happen. Amidst the white paint, the red leather and the upgraded technology, there's something far more important. There's hope.